Lunch was a delightful affair 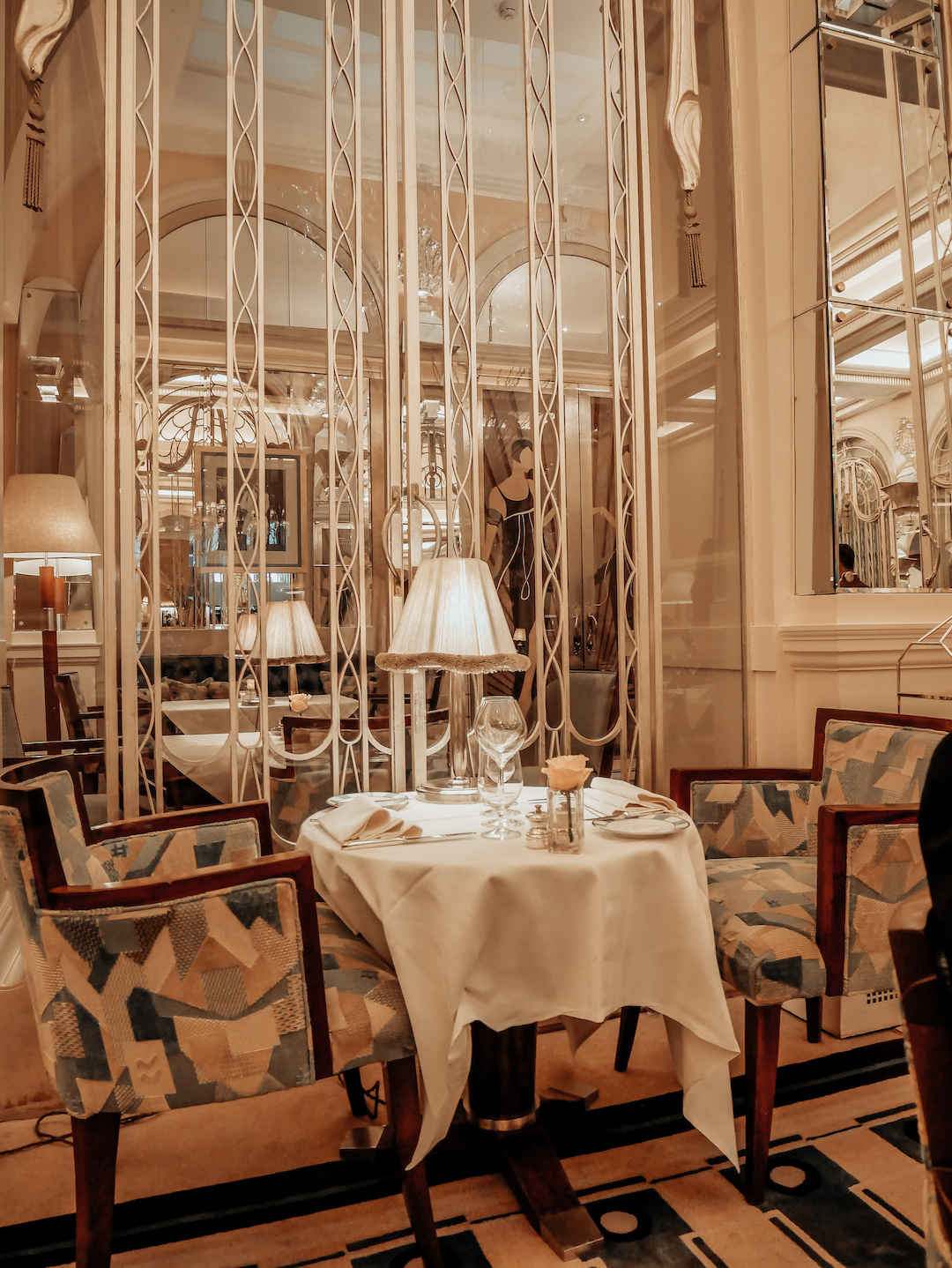 Mom had the Cobb Salad, a firm favourite of hers, 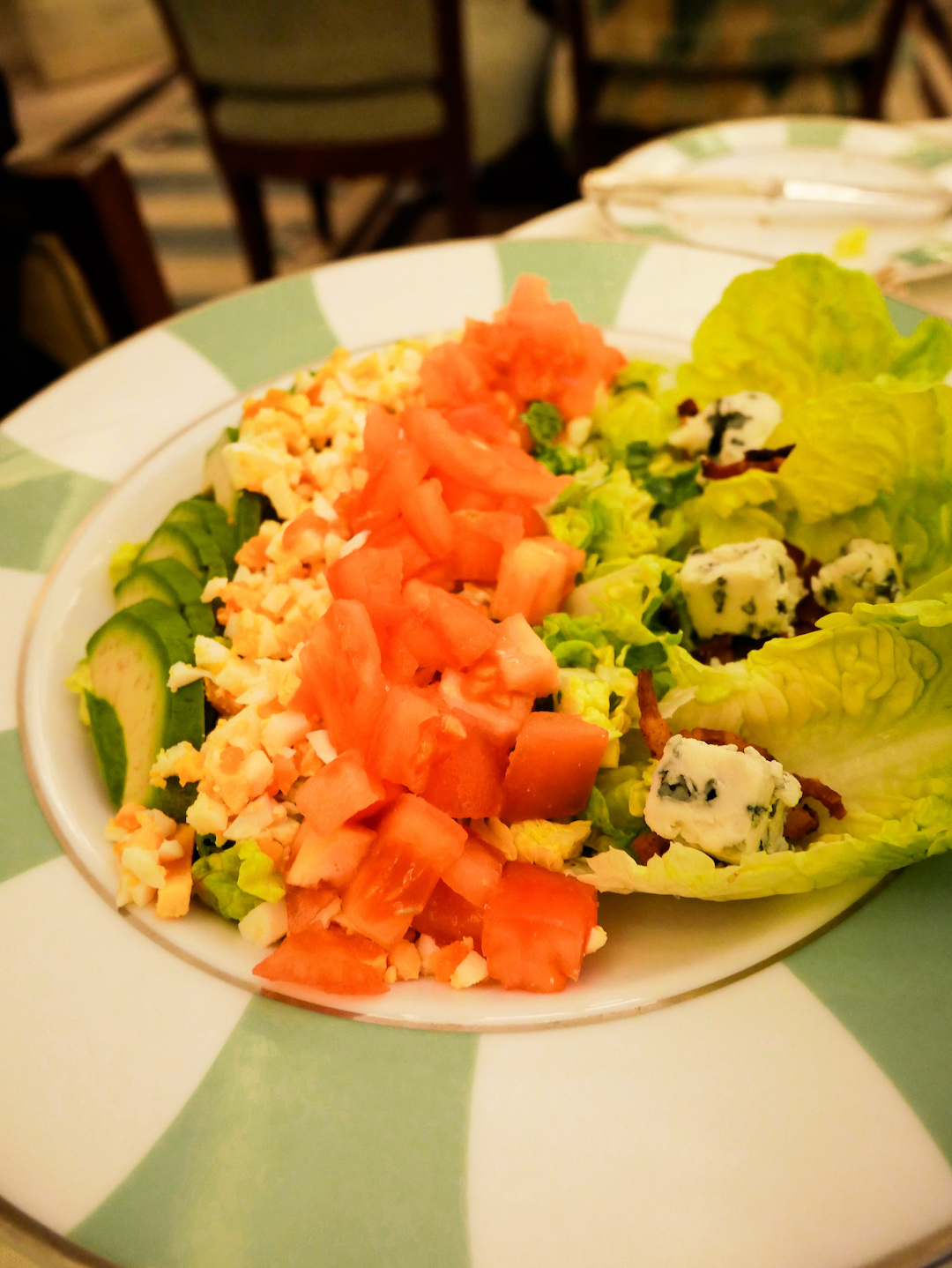 whilst I opted for the Chicken Ceasar Salad, not quite as pretty, but equally delicious! 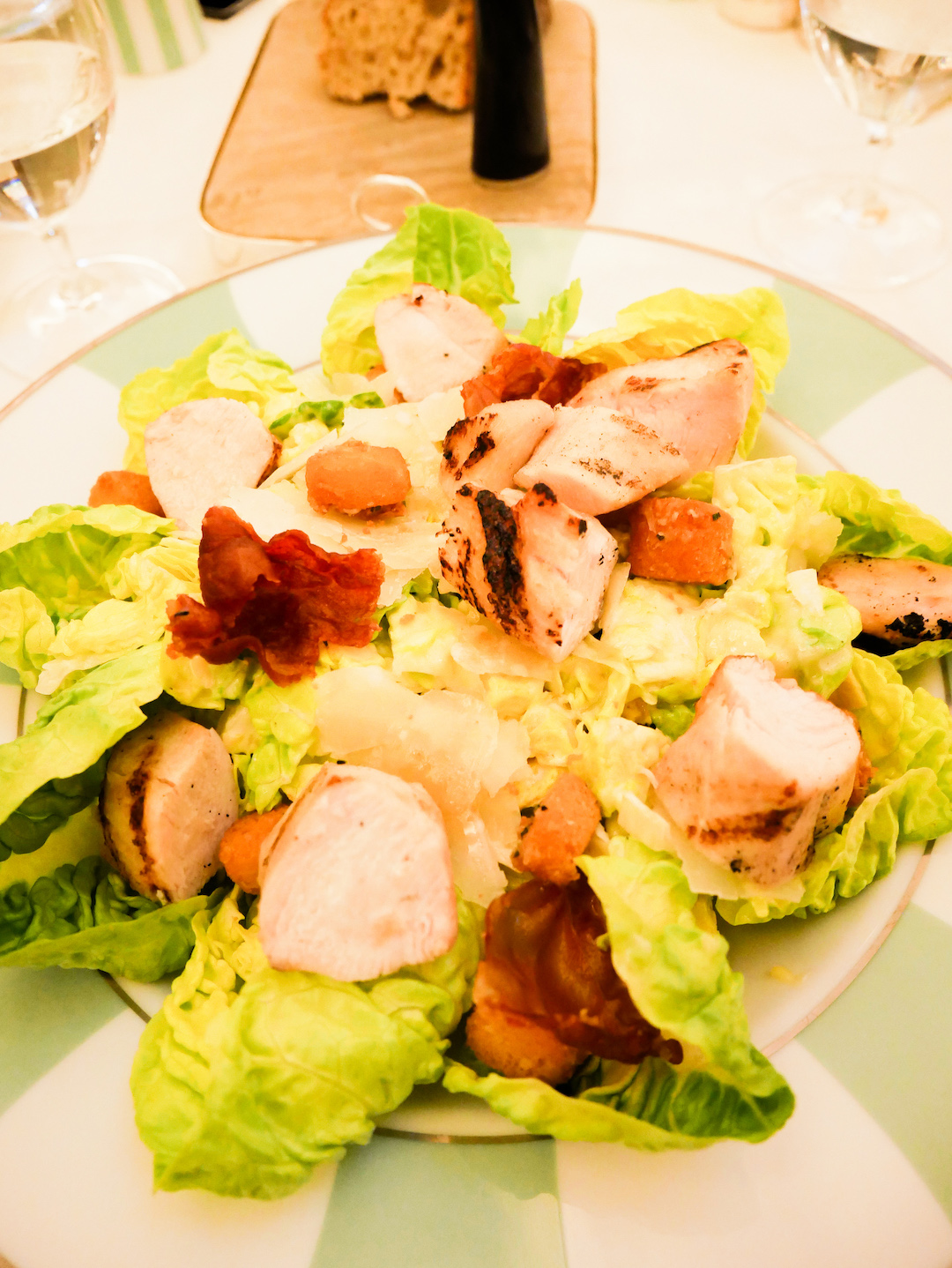 Afterwards we declined dessert (sheer madness, but we had big plans for dinner!) and ordered two Americanos instead. 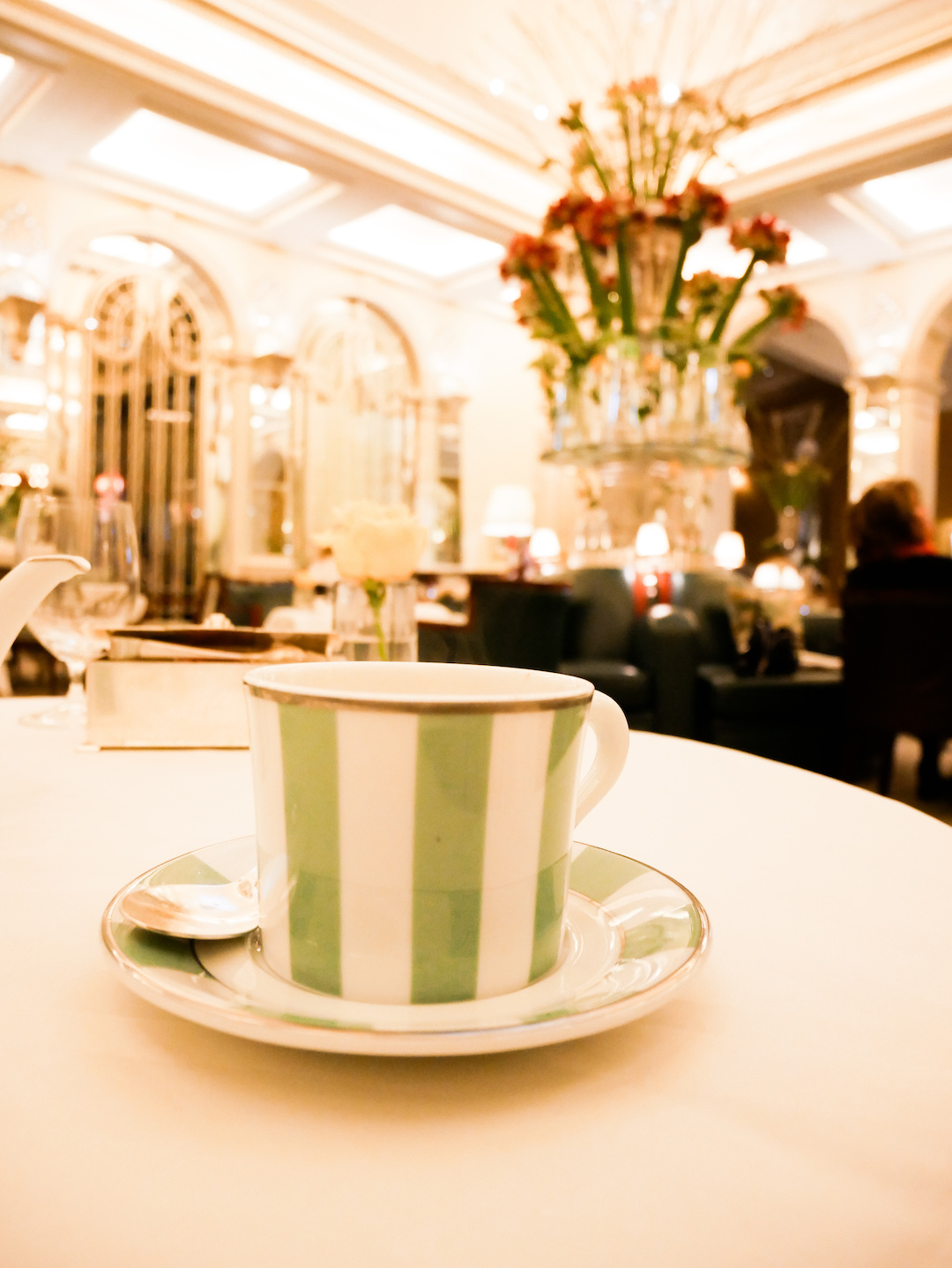 Which arrived with sweets….I mean it would have been rude not to!! 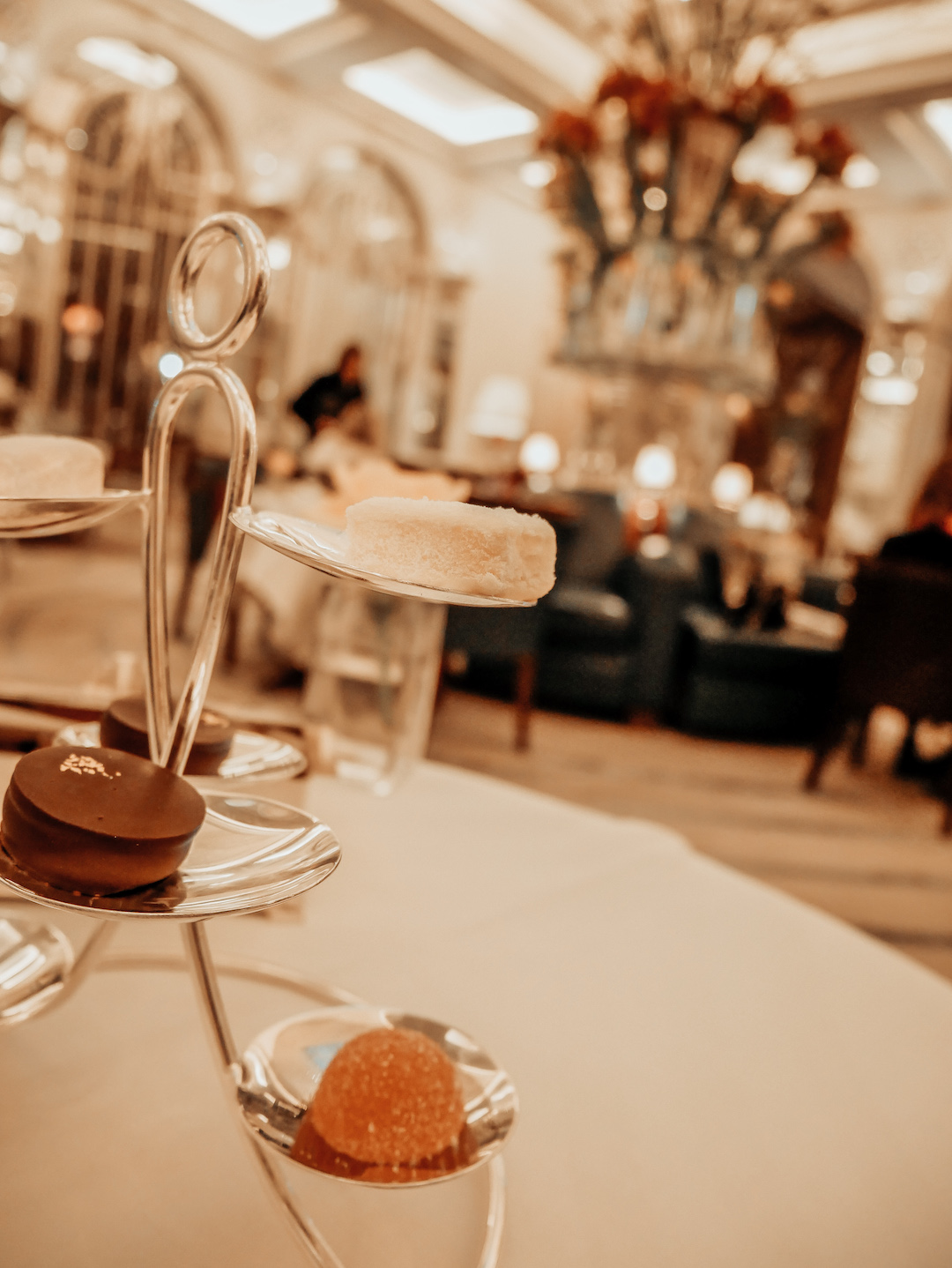 After lunch, Mom and I decided to chance our arm and head to the V&A to see if we could nab two tickets to the Christian Dior: Designer Of Dreams exhibition at the V&A 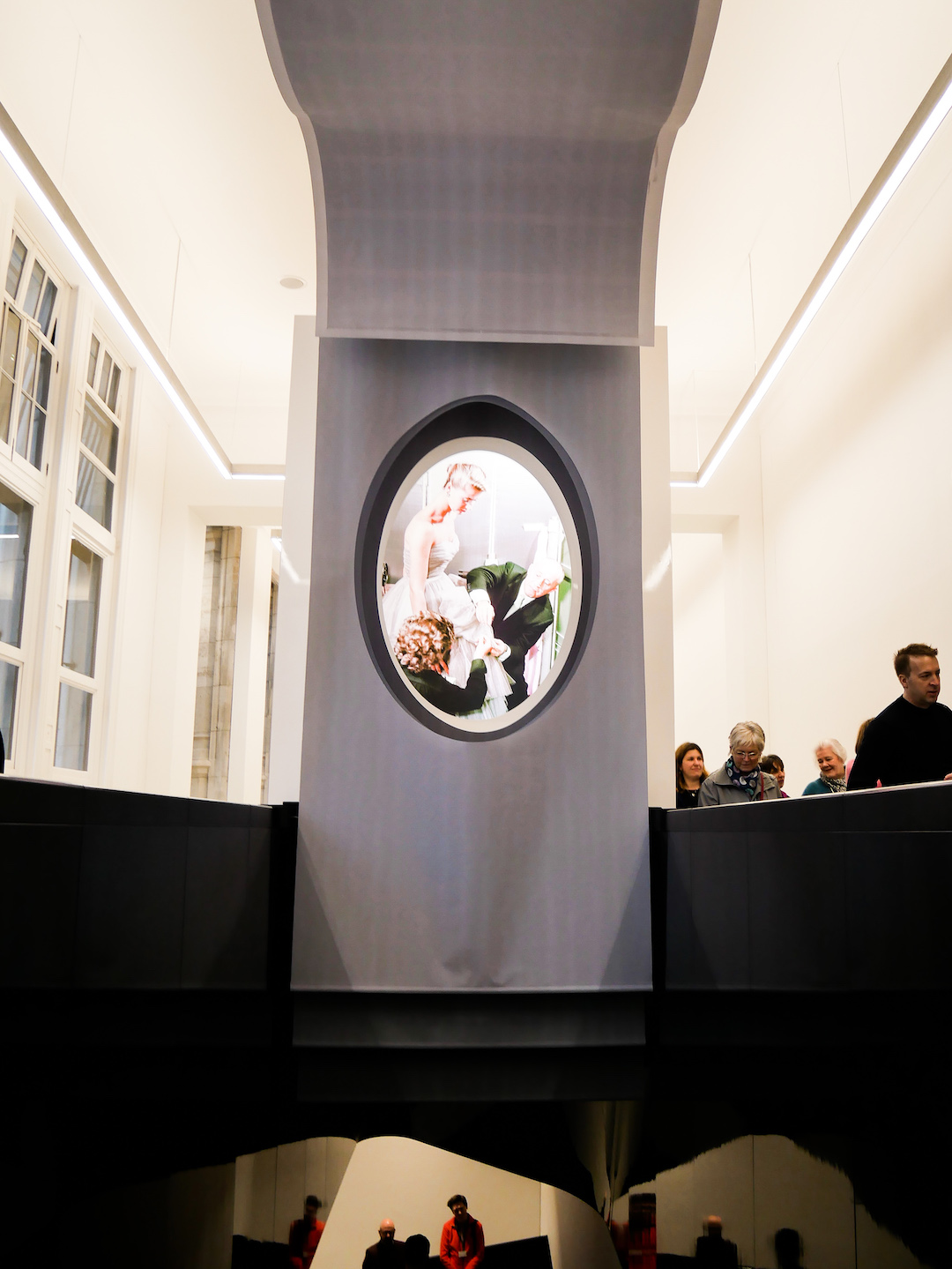 No jokes kids, when the V&A say sold out, they mean sold out

You talk to a very lovely member of staff who lets you in on a little V&A loophole which meant we did indeed get to shneak our way inside. 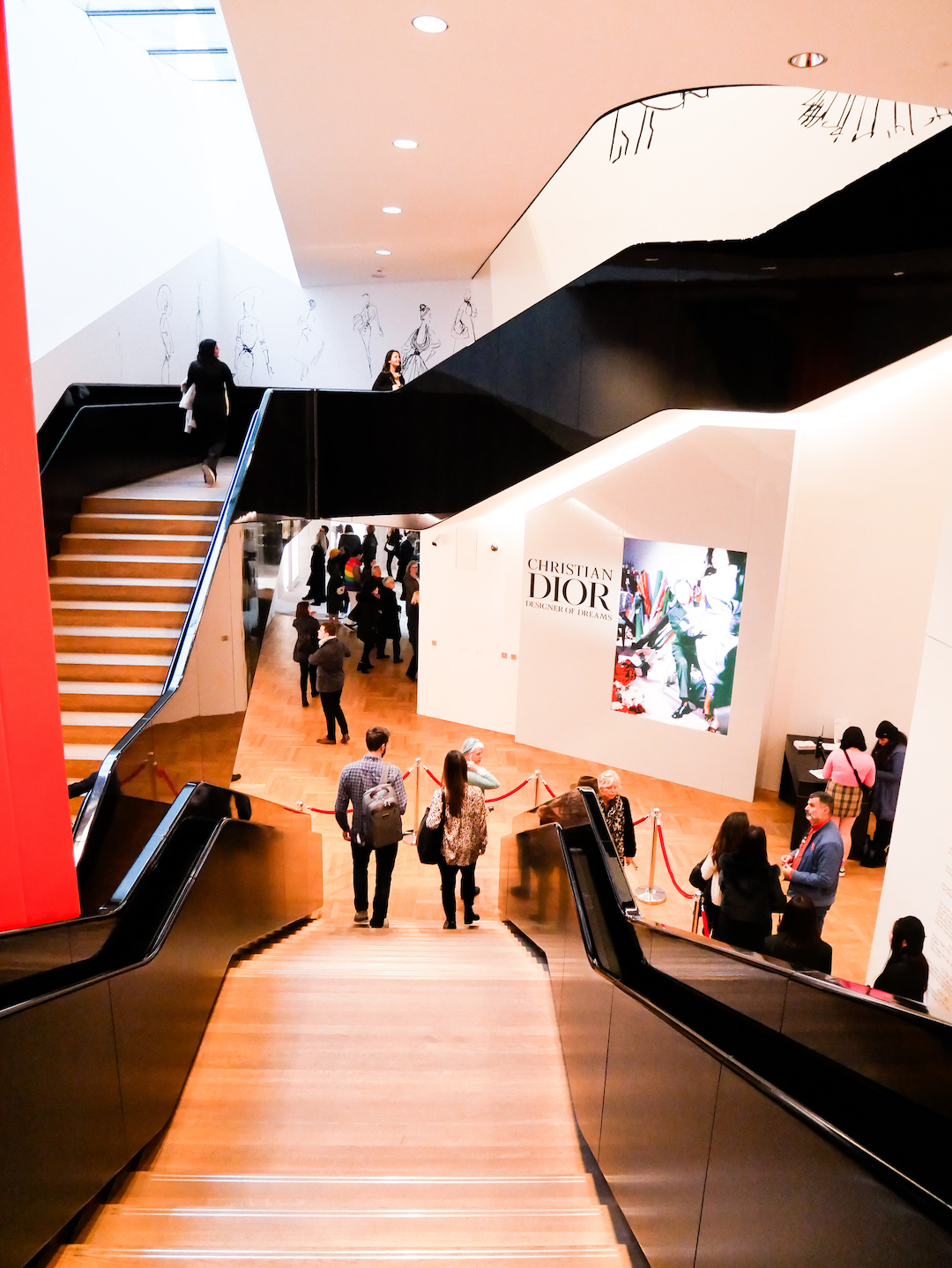 It really depends on how much you want to see an exhibit, but we signed me up as a V&A member which meant that, for £90, myself – Mrs. New Member – plus a Guest (Mom) could walk into any exhibition without tickets or warning. Naturally we jumped at the chance! 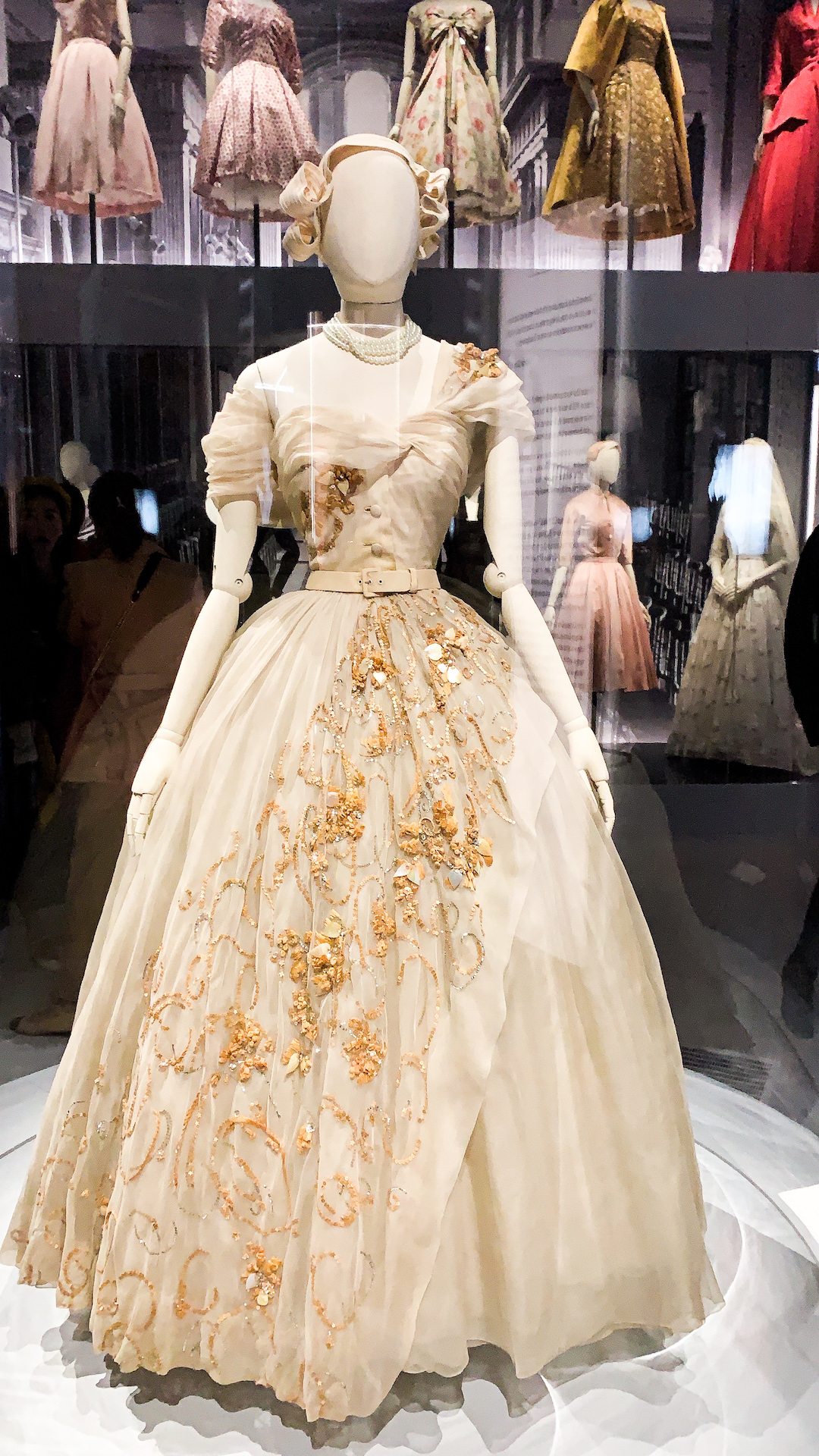 Since our visit – and due to the exhibition being such a hit – the V&A extended its run until 1st September, so now that it’s closed (and I won’t be spoiling anyone’s view of it for the first time) here’s what I captured 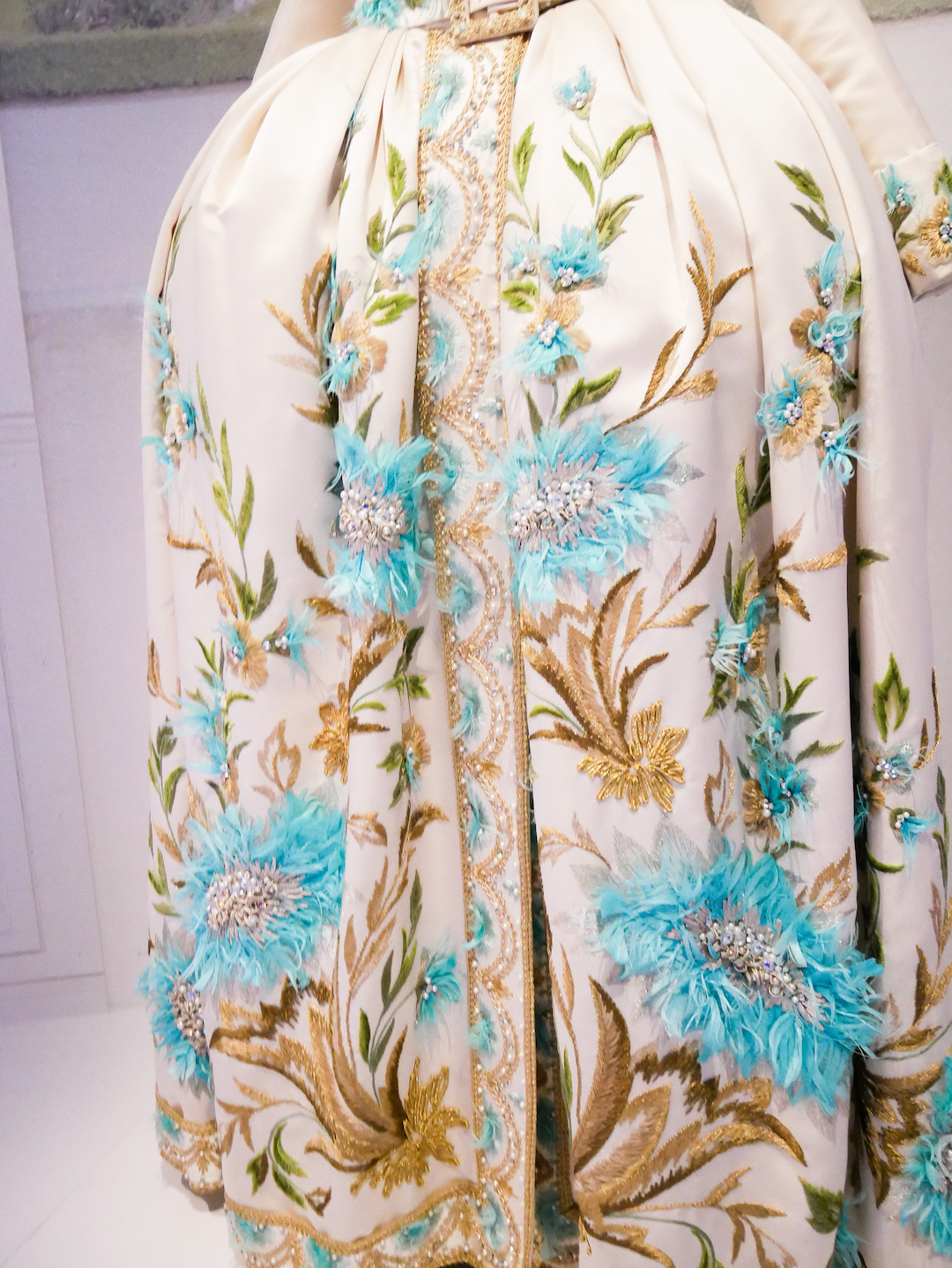 Each room had a different timeline, a different colour scheme, a different mood – although you would expect nothing less from a V&A exhibit, the whole thing really did have a wonderful flow to it. 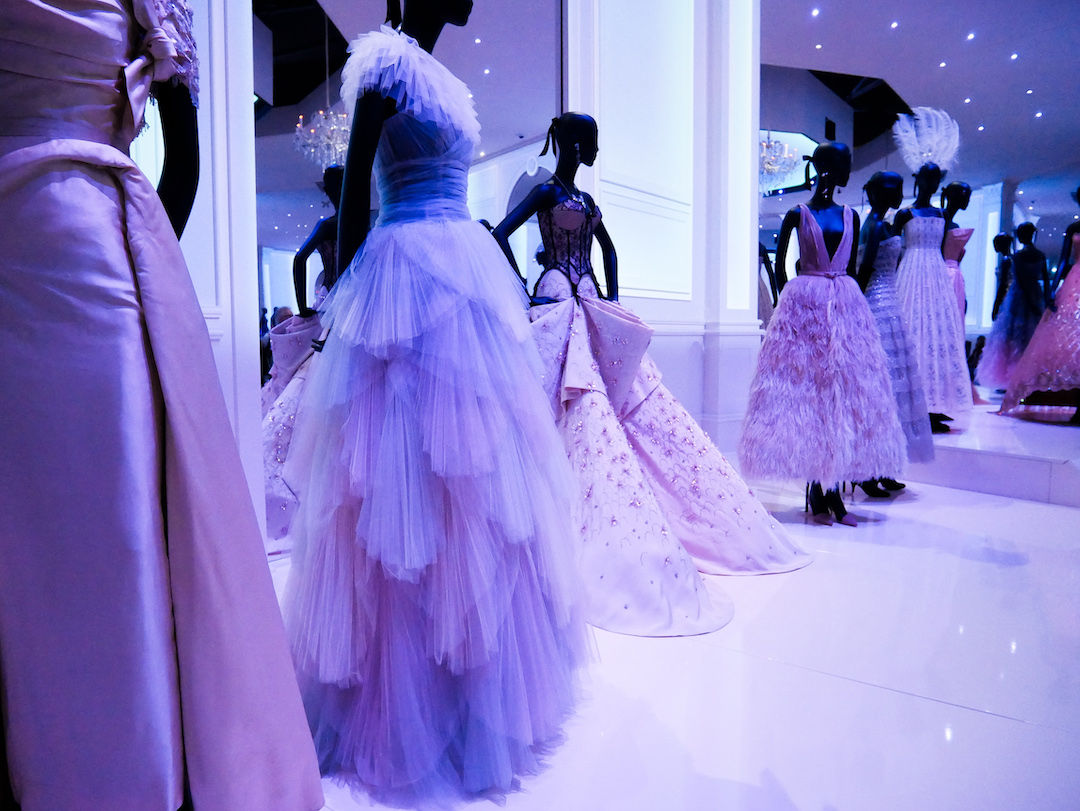 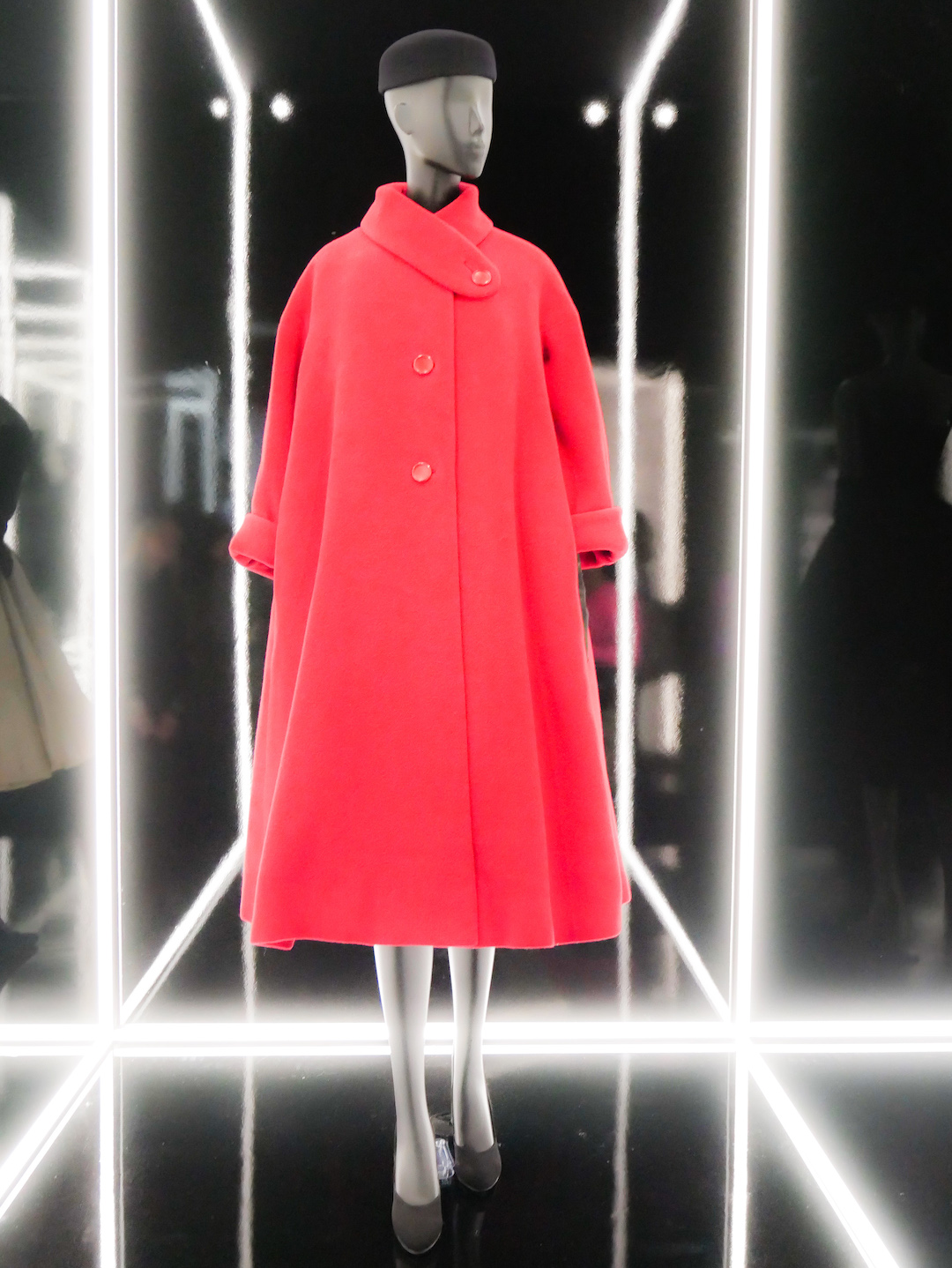 With each display, there were at least several somethings to marvel at 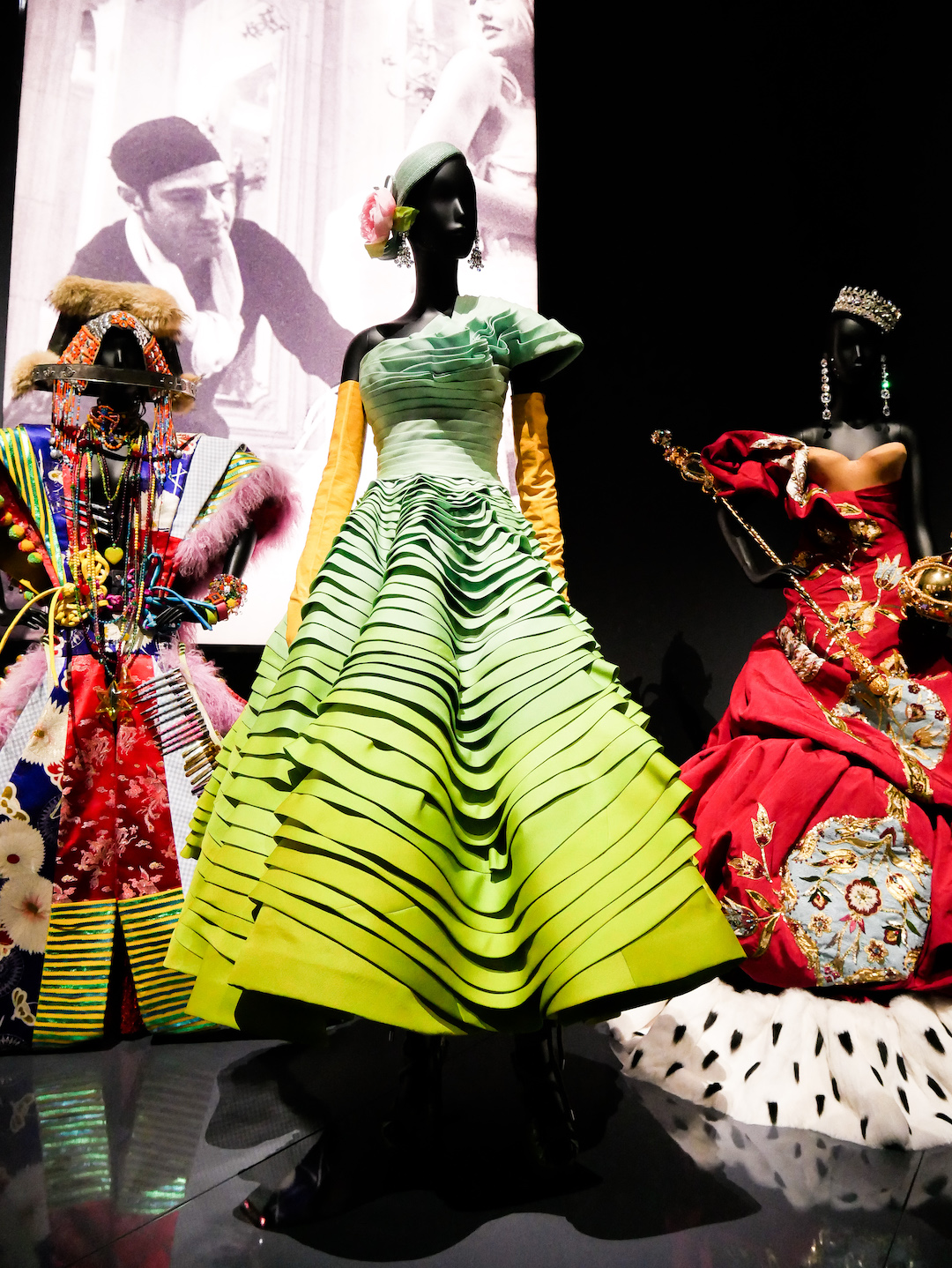 Just look at this skirt, along with so many other pieces it shows the skill and craftsmanship of those who have worked and are working at the house of Dior 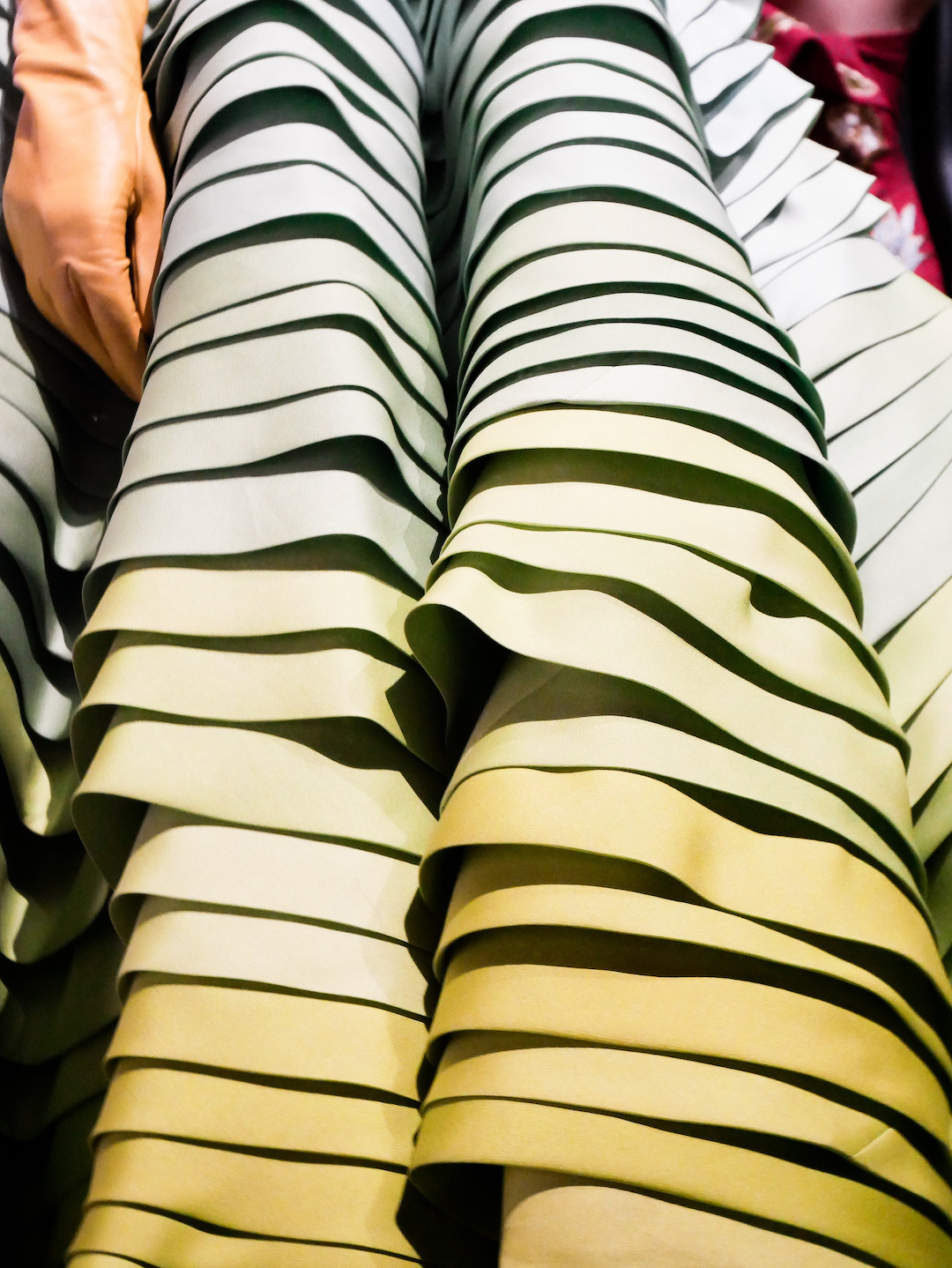 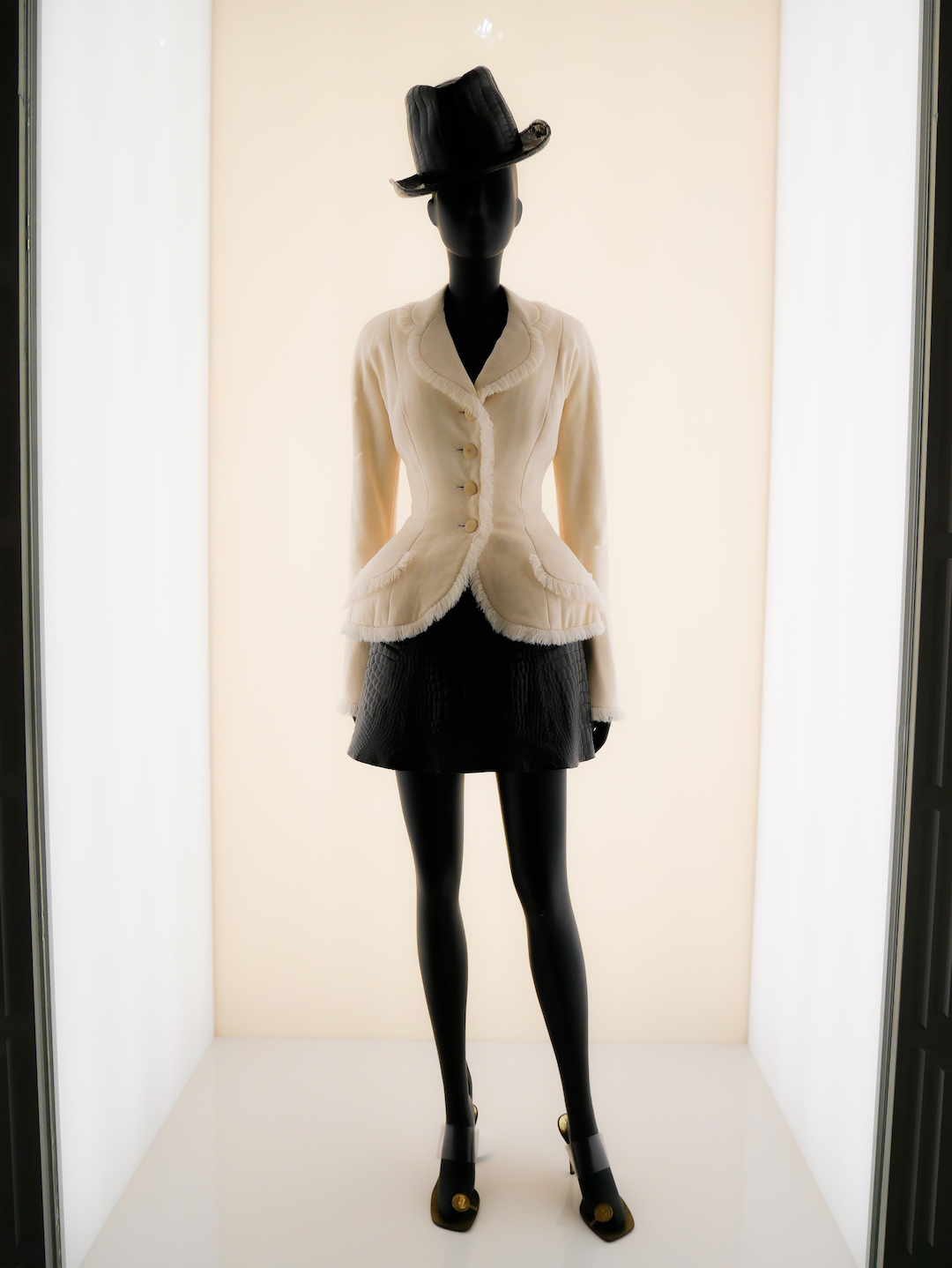 Aside from clothes, they had this wonderful lit up wall of magazines of all the front covers Dior has been worn on which was quite a show stopping section, everyone wanted a snap it seemed! 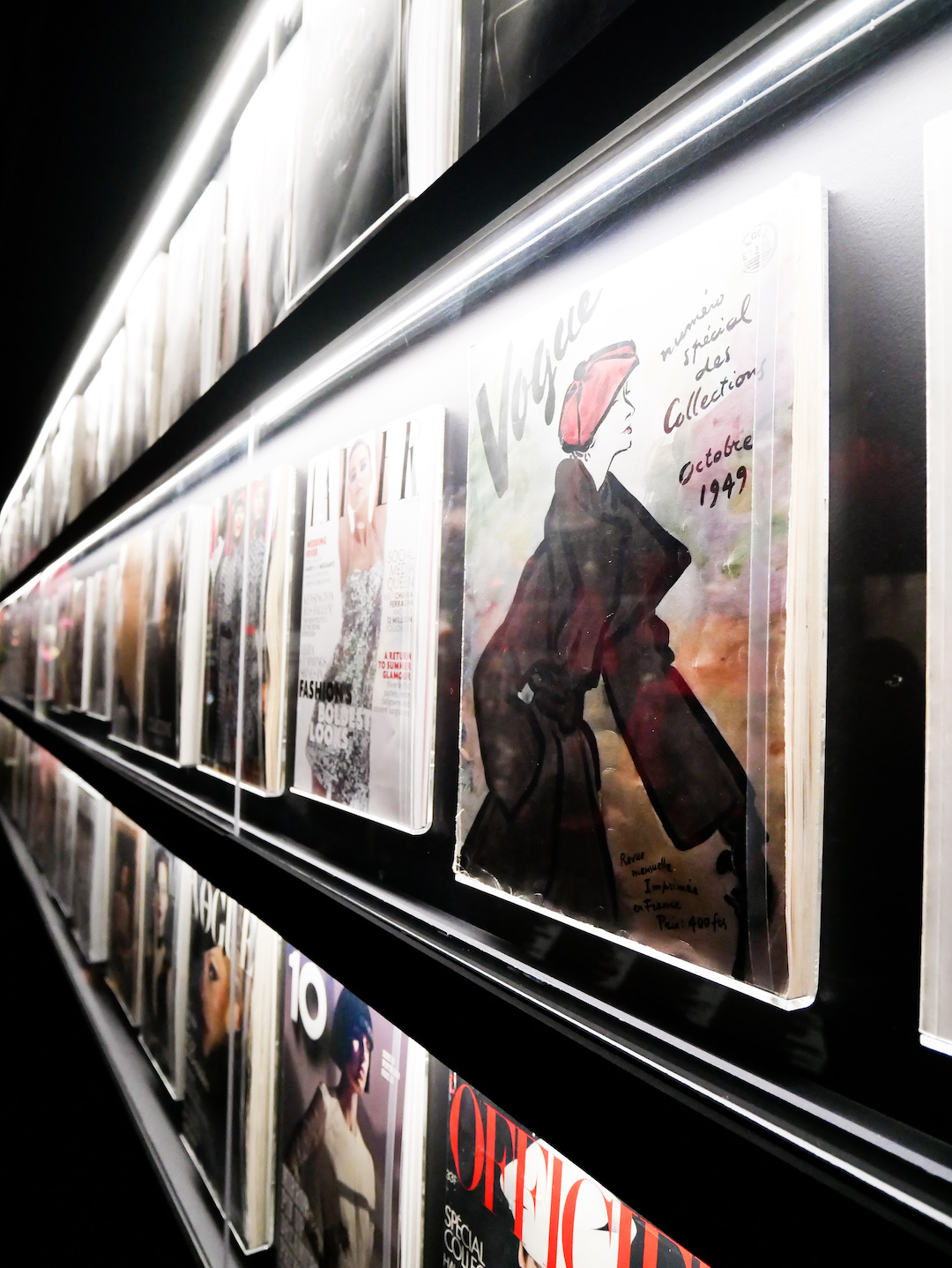 This masquerade ballgown – equipped with mask – was so delicate and like everything else, was etched in grandeur. Can you imagine the hours that went into handcrafting such a piece? Better still, can you imagine being the one lucky enough to get wear something like this? 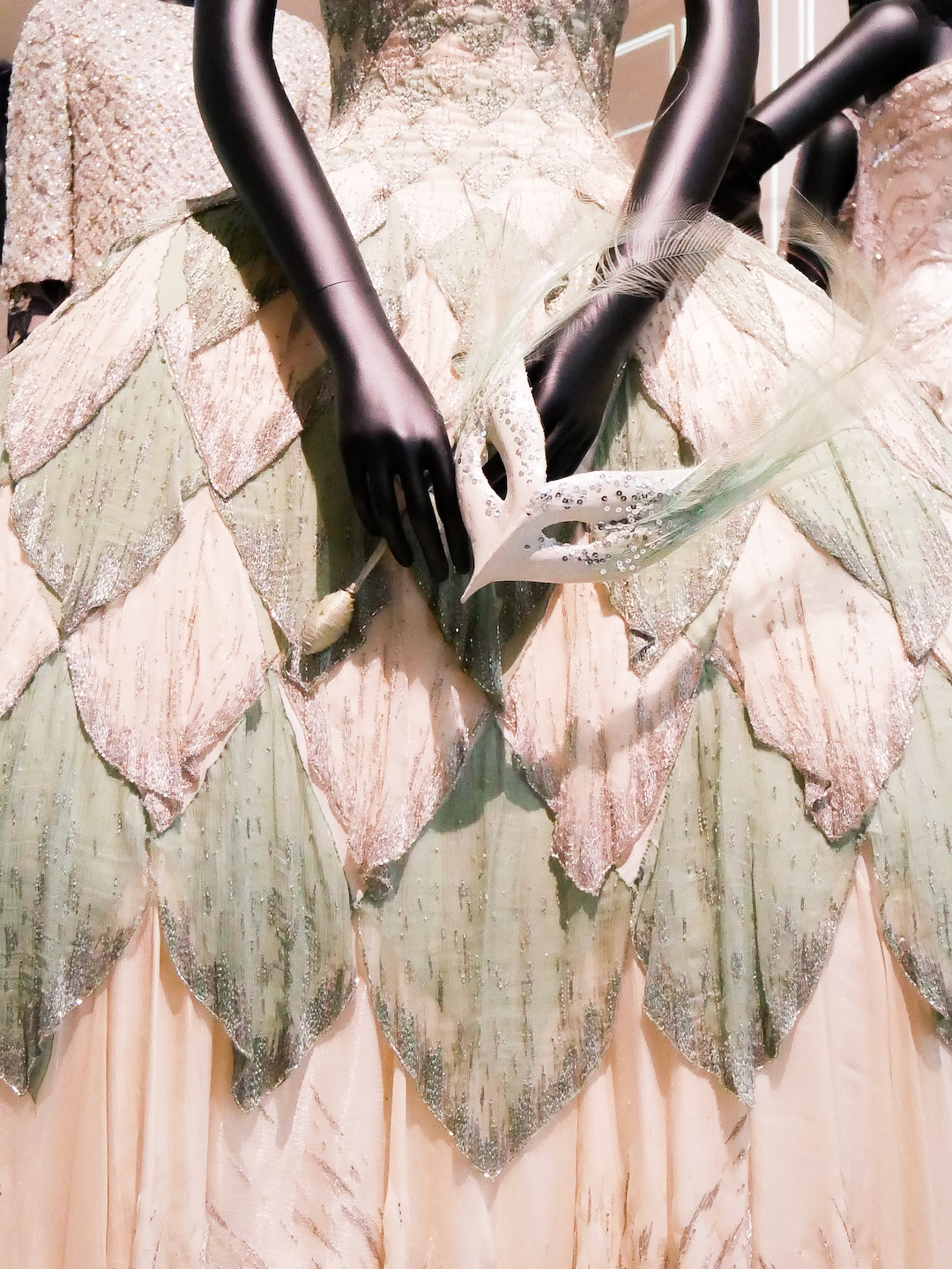 But my favourite of all favourites (there were lots!) was this beauty, which I first saw walk the 2012 catwalk and fell madly in fabric love with it 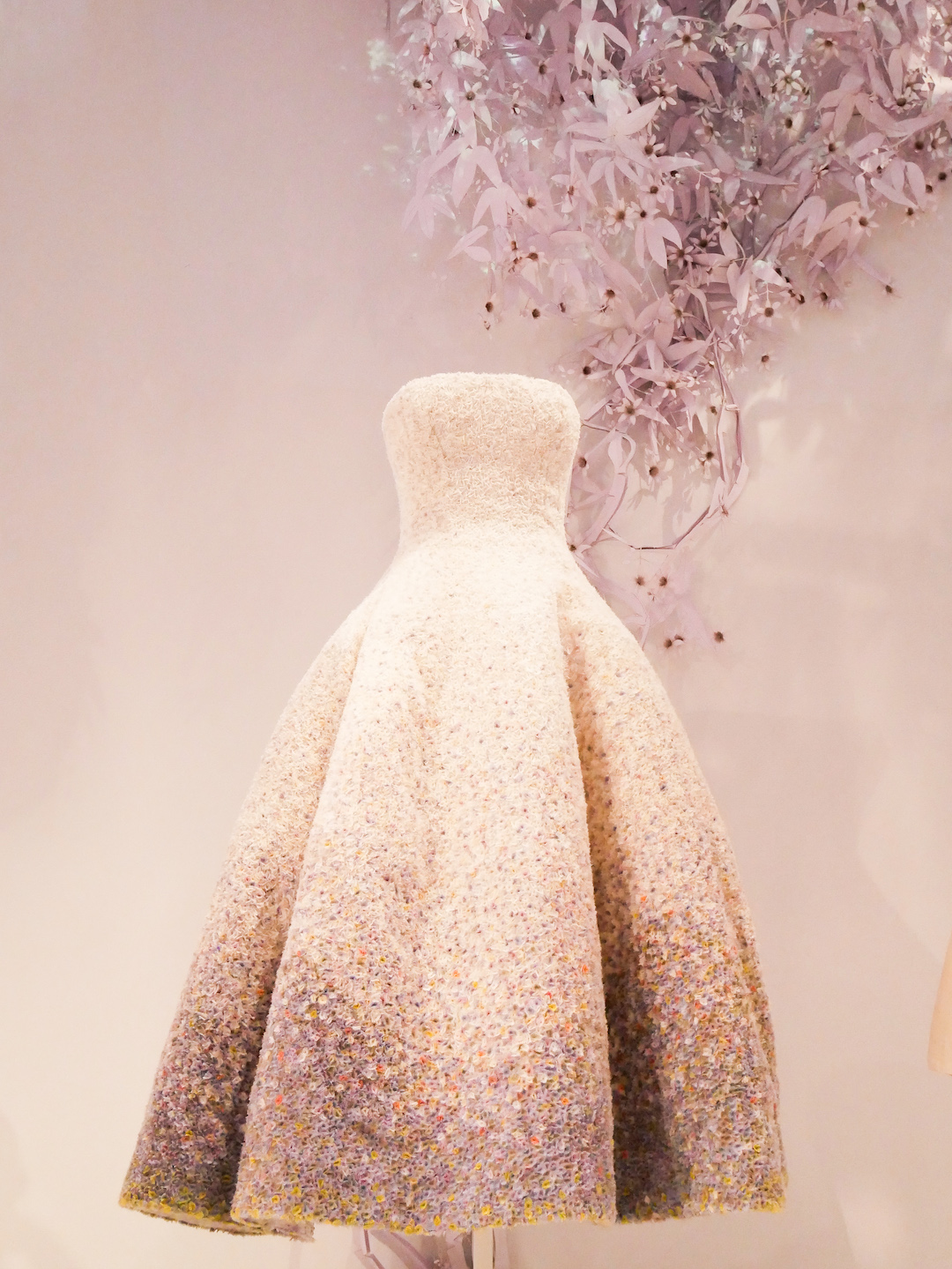 This whole room was a show stopper to be fair and whilst so much of the exhibition flowed well, this room had people staying longer due to there being stunning decorations (the whole ceiling was covered in lilac wisteria) as well as beautiful gowns all around 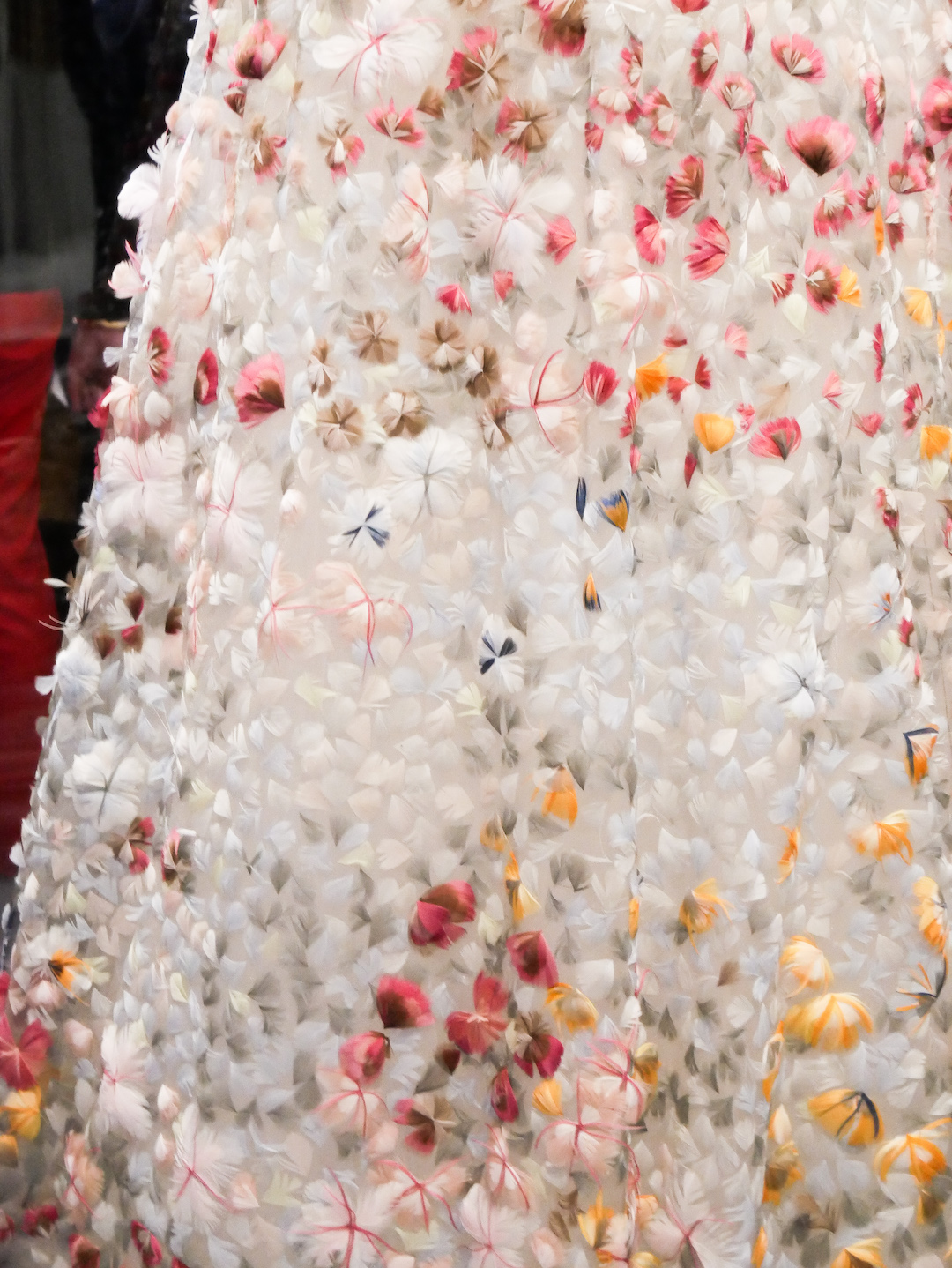 We did finally move along (poor Mom may have been stood waiting on me for awhile whilst I did my best to photograph every inch of the place, none of which actually matches up to what the pieces are like in real life unfortunately!) 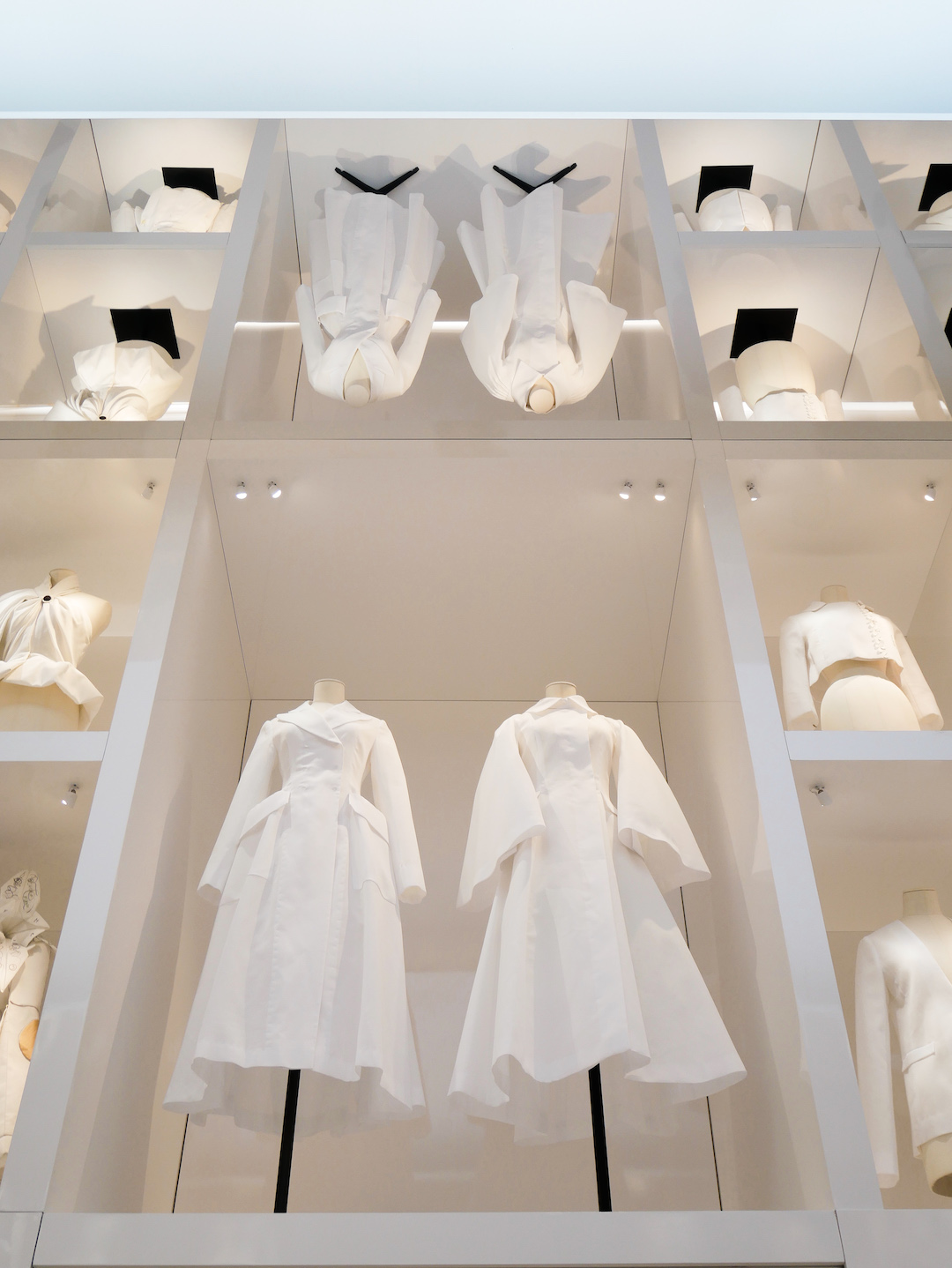 The final gown had a room all to itself and for good reason, simply – stunning! 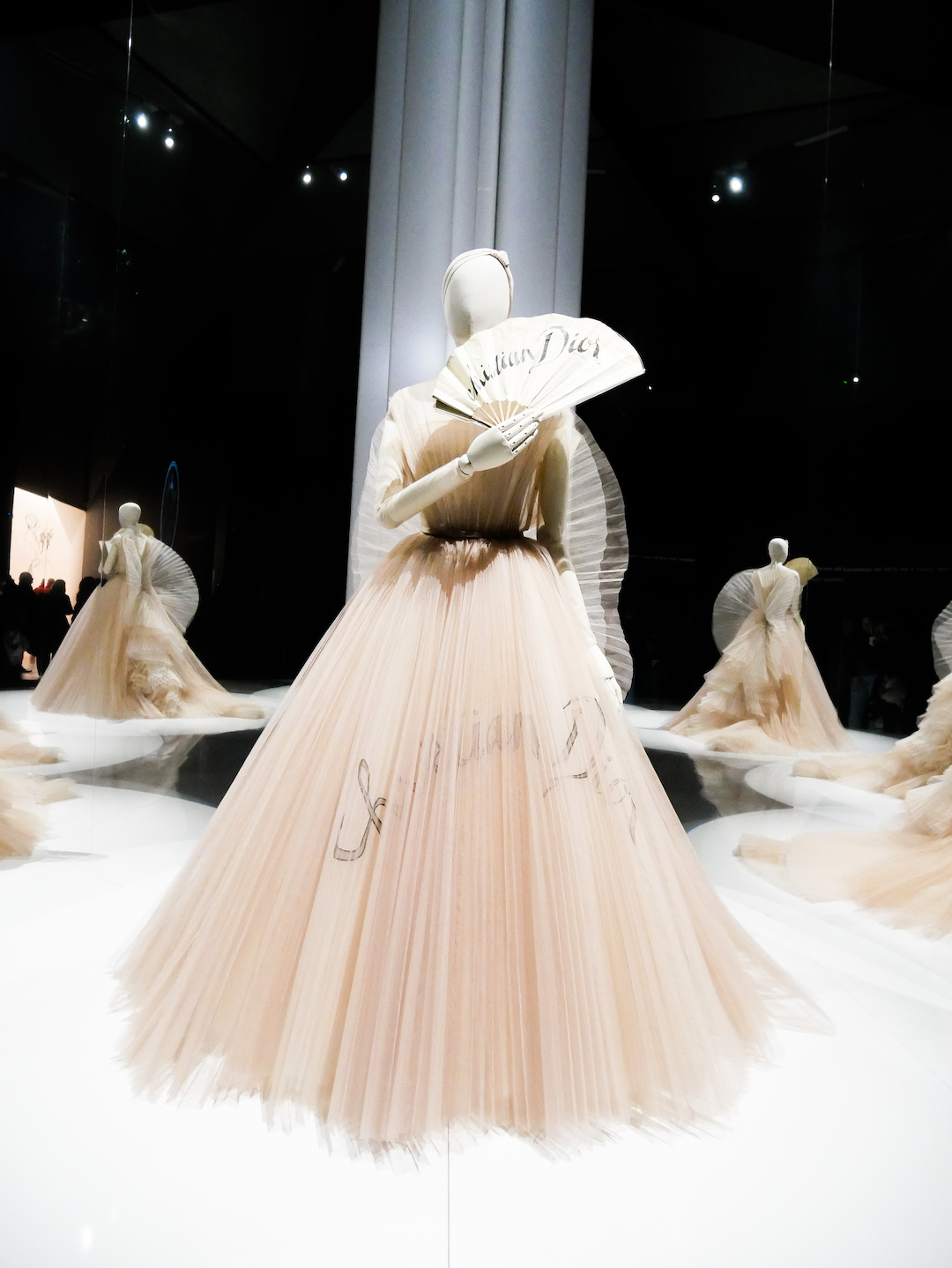 On a fabric and frills high, we popped up to the members lounge (I KNOW), however, we were pretty exhausted, so we just had a nose around for what was on offer and then scooted homeward, but next time, there’ll definitely be a luncheon taking place – or at the very least a coffee situation enjoyed! 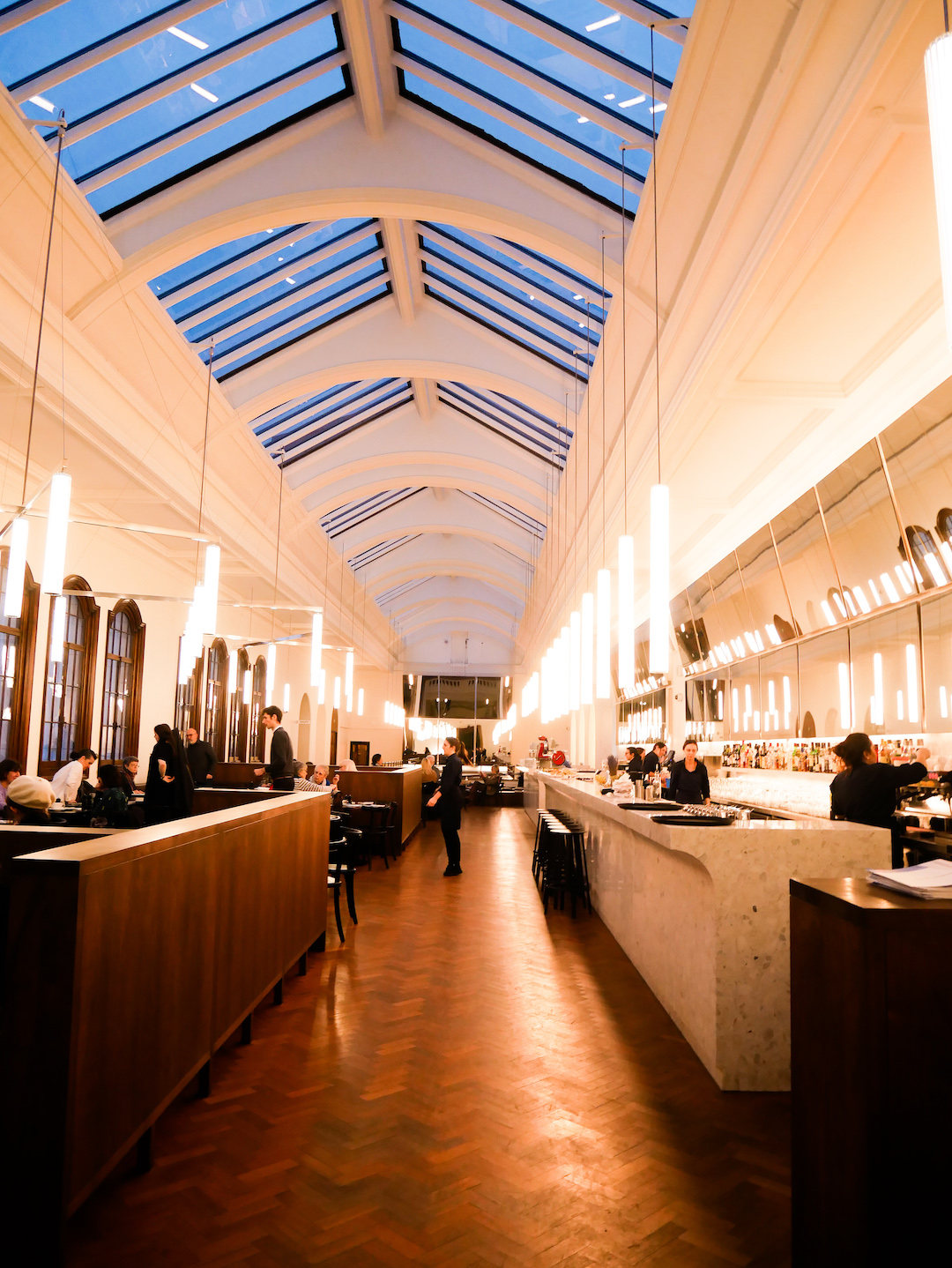 The V&A is one of my favourite places to visit in London, if you’ve never been, I urge you to go and if like me, you’re a fan who doesn’t nearly visit enough – go, go, go!