Just off Grafton Street, in front of The Westbury Hotel, you will find the Phil Lynott statue. An Irish musician most famously known for the band he co-founded: Thin Lizzy. 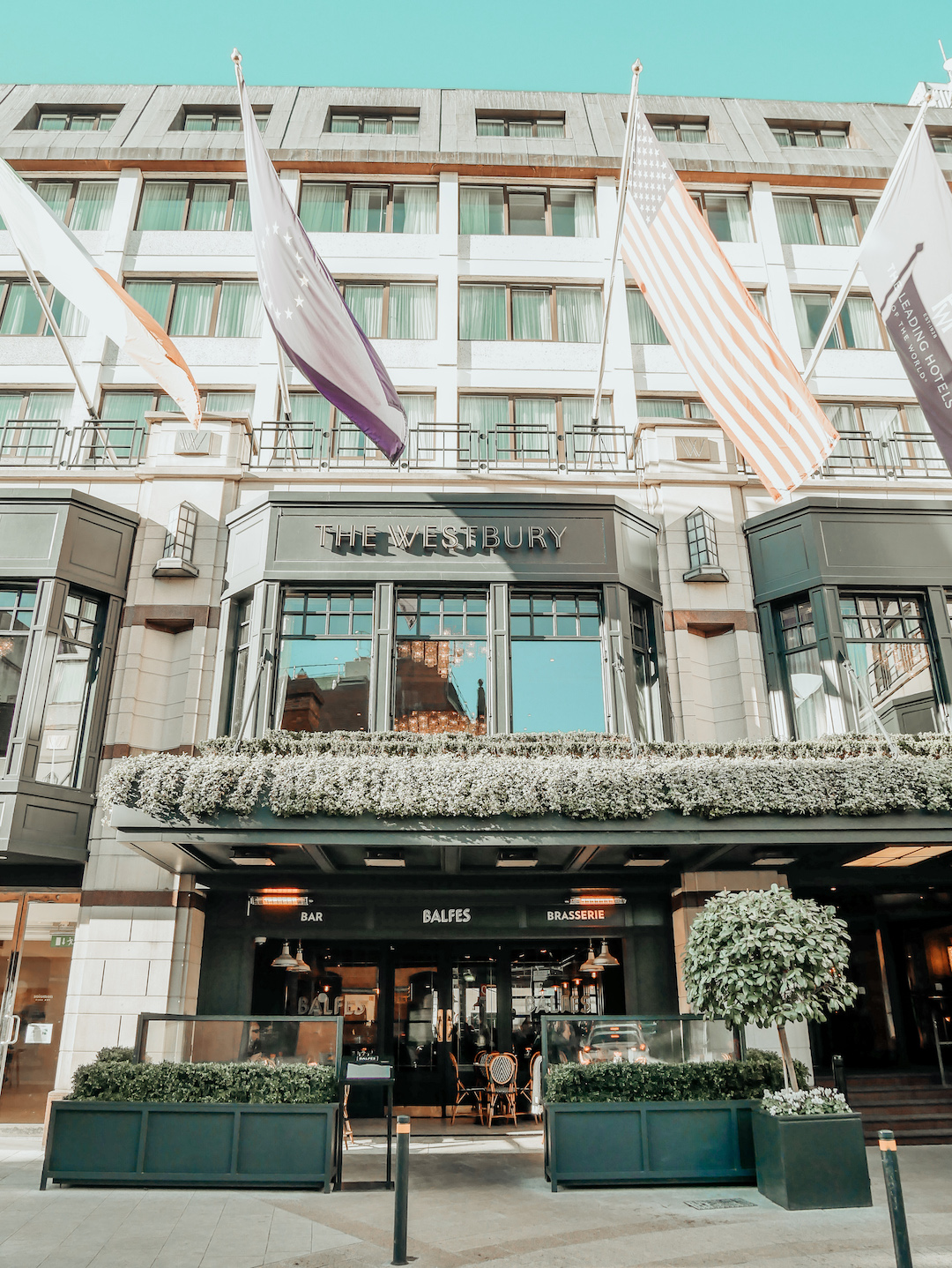 Immortalised in bronze in 2005, his statue has been visited many times by both Irish people, tourists and music officianados 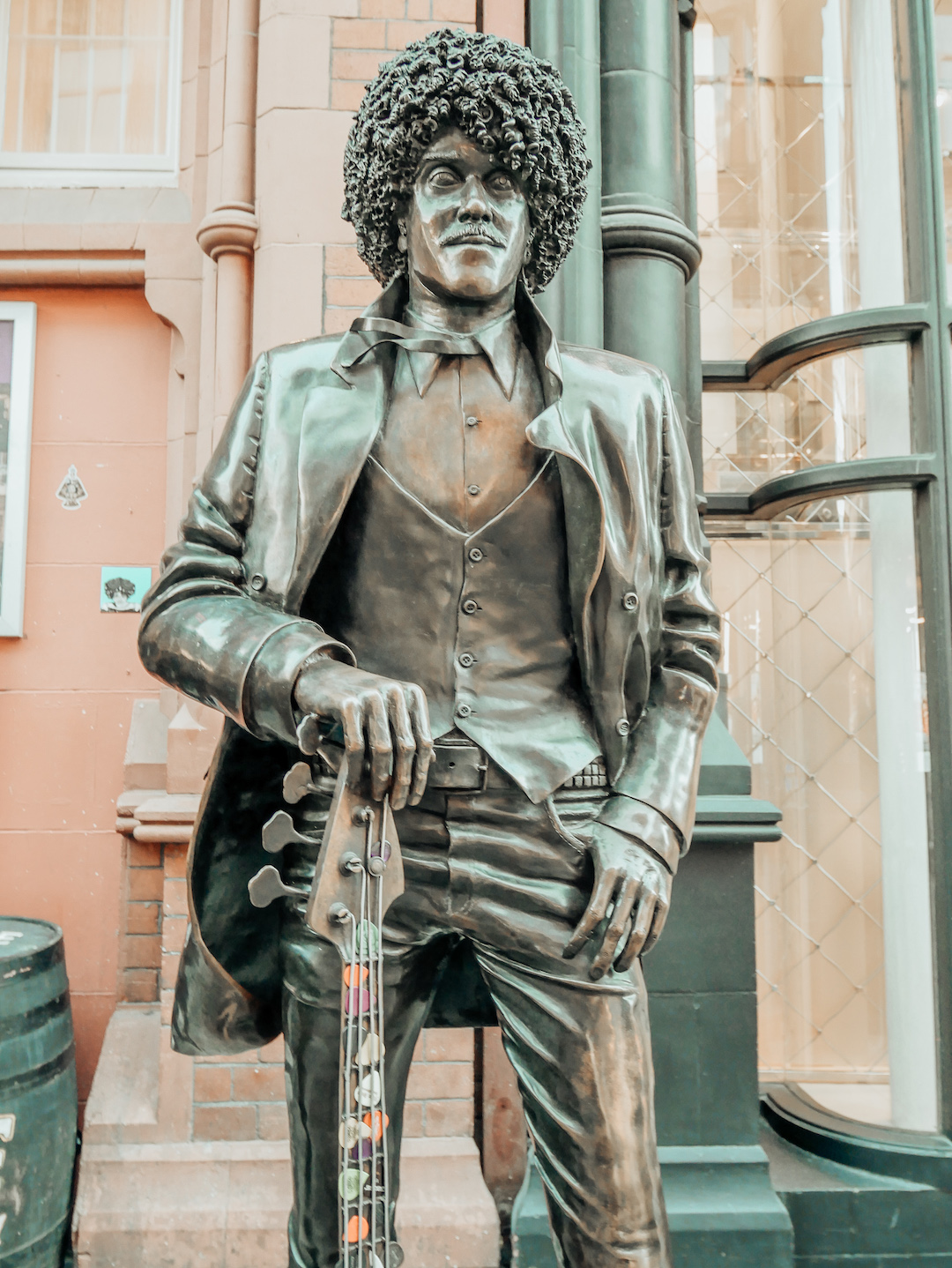 Should you play and use a plectrum, you should feel free to bestow one upon Phils guitar as many have done before you – bring a brightly coloured one, they’re the best as they really leap out at you against the bronze 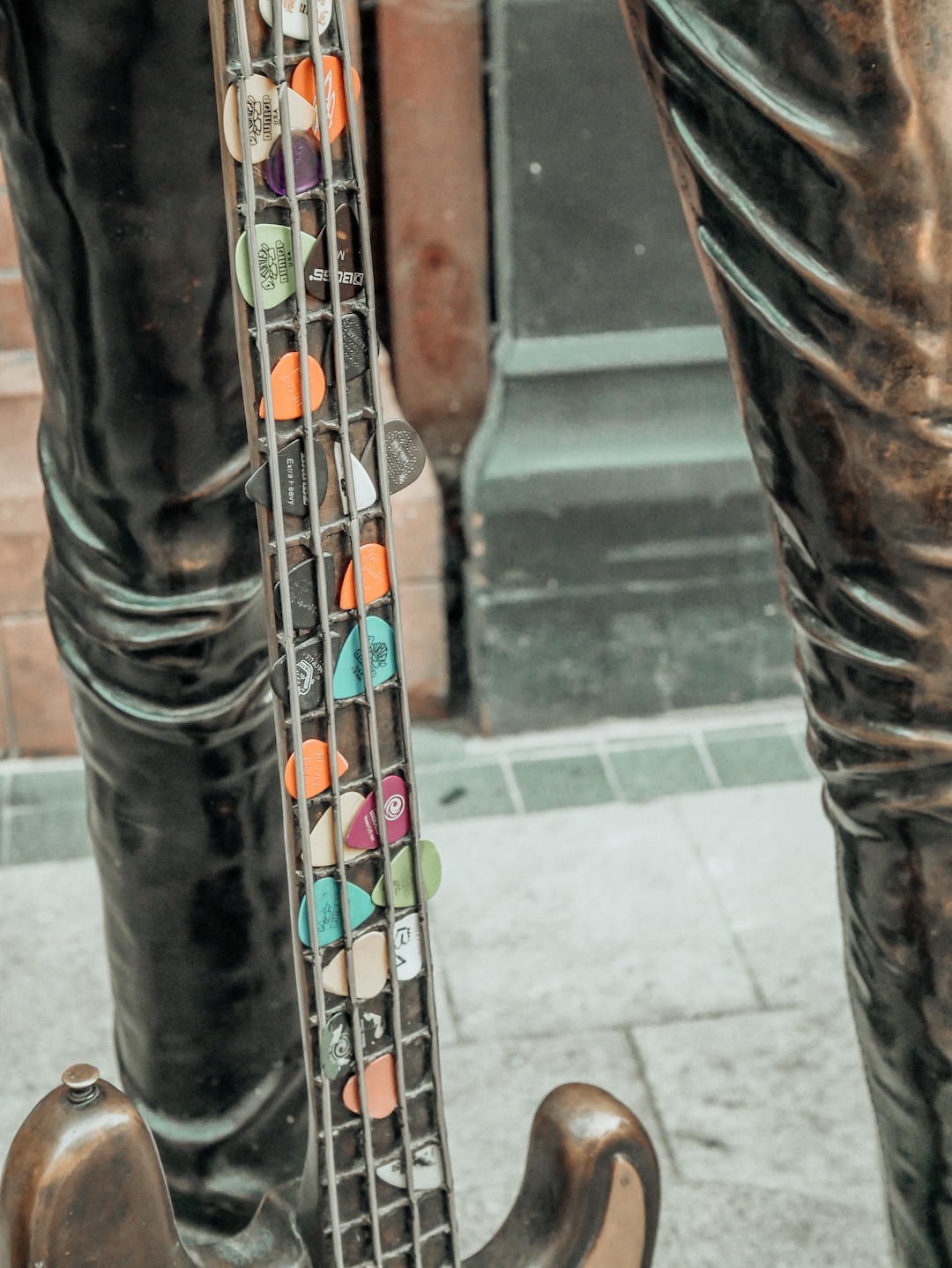 I’ve walked past this statue so many times but this was the first time I properly stopped and looked at it, my friend – a fellow Irish woman – exclaimed over the plecs “oh my gosh, I’ve never even noticed that before!!” 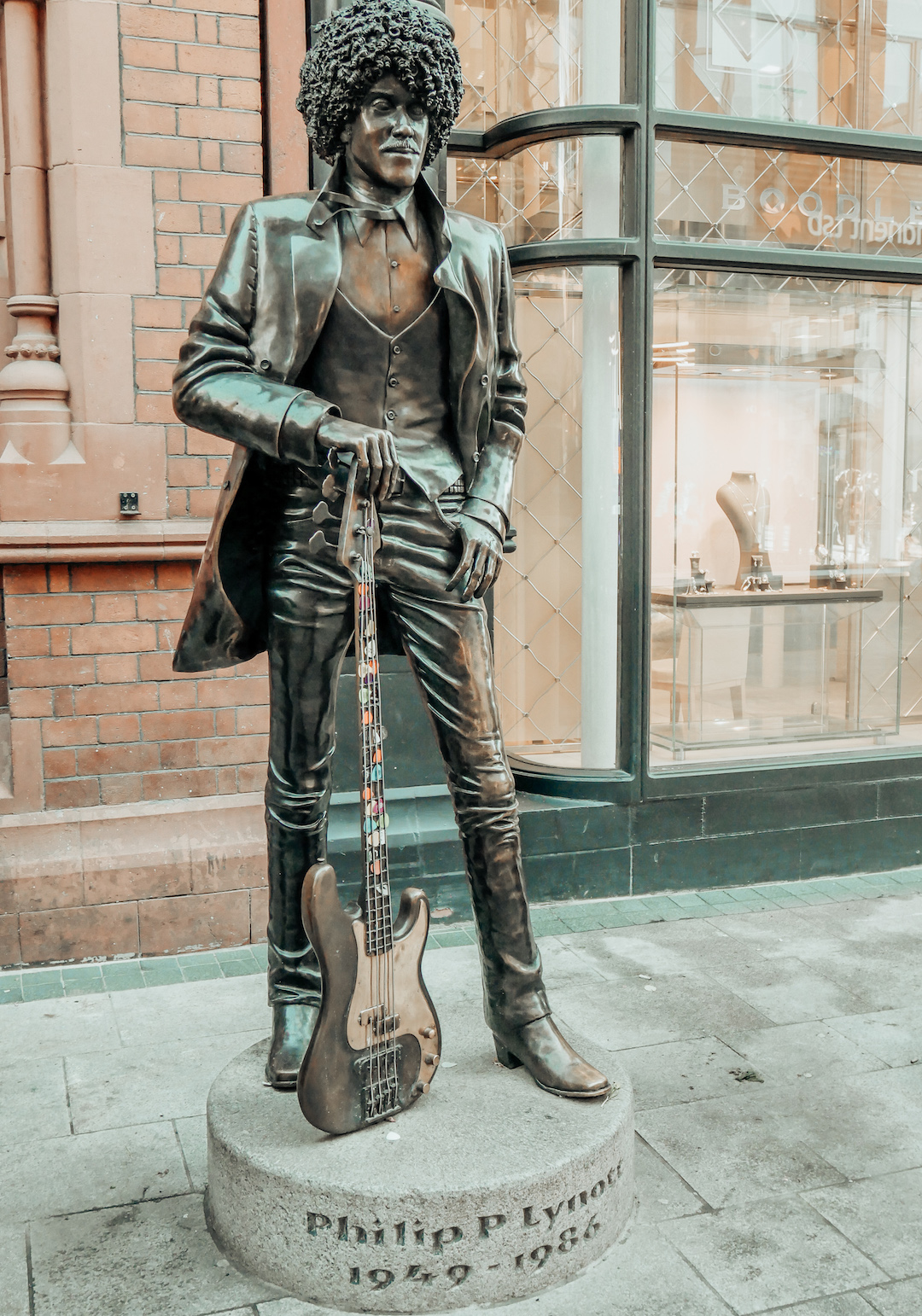 Whilst we were there, I noticed a proper camera and did my best to stay out of its way, until two filmmakers popped up and said “Your camera is cool, could we have a shot of it taking a photo of the statue?”. It turned out they are in the process of making a Feature Film documentary of Philip Lynott – so keep your eyes peeled for that next year! 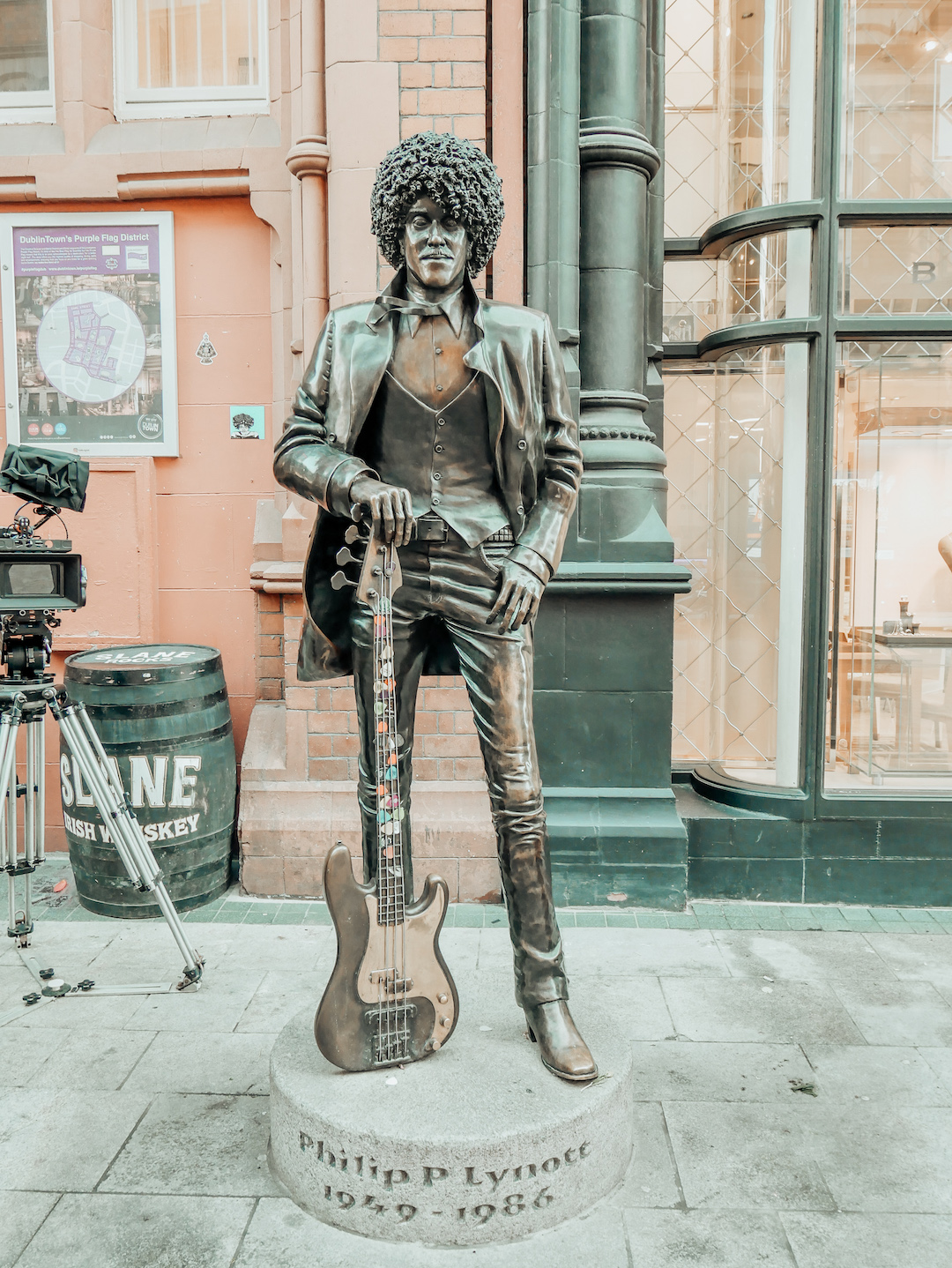 Go Visit Phil
He’s one of our greatest