After a casting in town today, I decided to kick start my 19 in 2019 by exploring a part of Trinity College that I’ve always wanted to see, The Long Room. 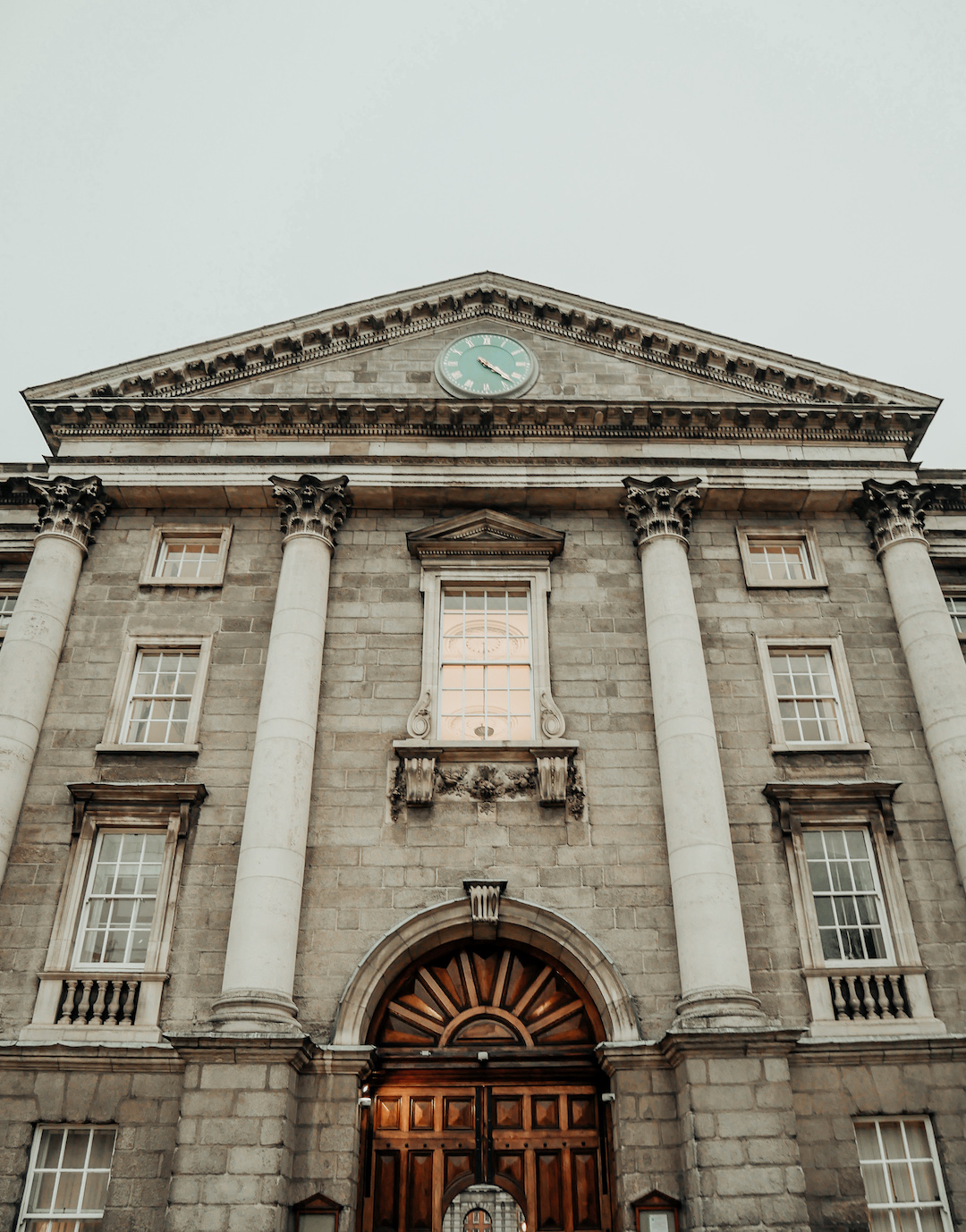 The more famous thing to see at Trinity is actually The Book of Kells and lucky for us, you can tackle both the manuscript and the library with just one ticket costing €14! 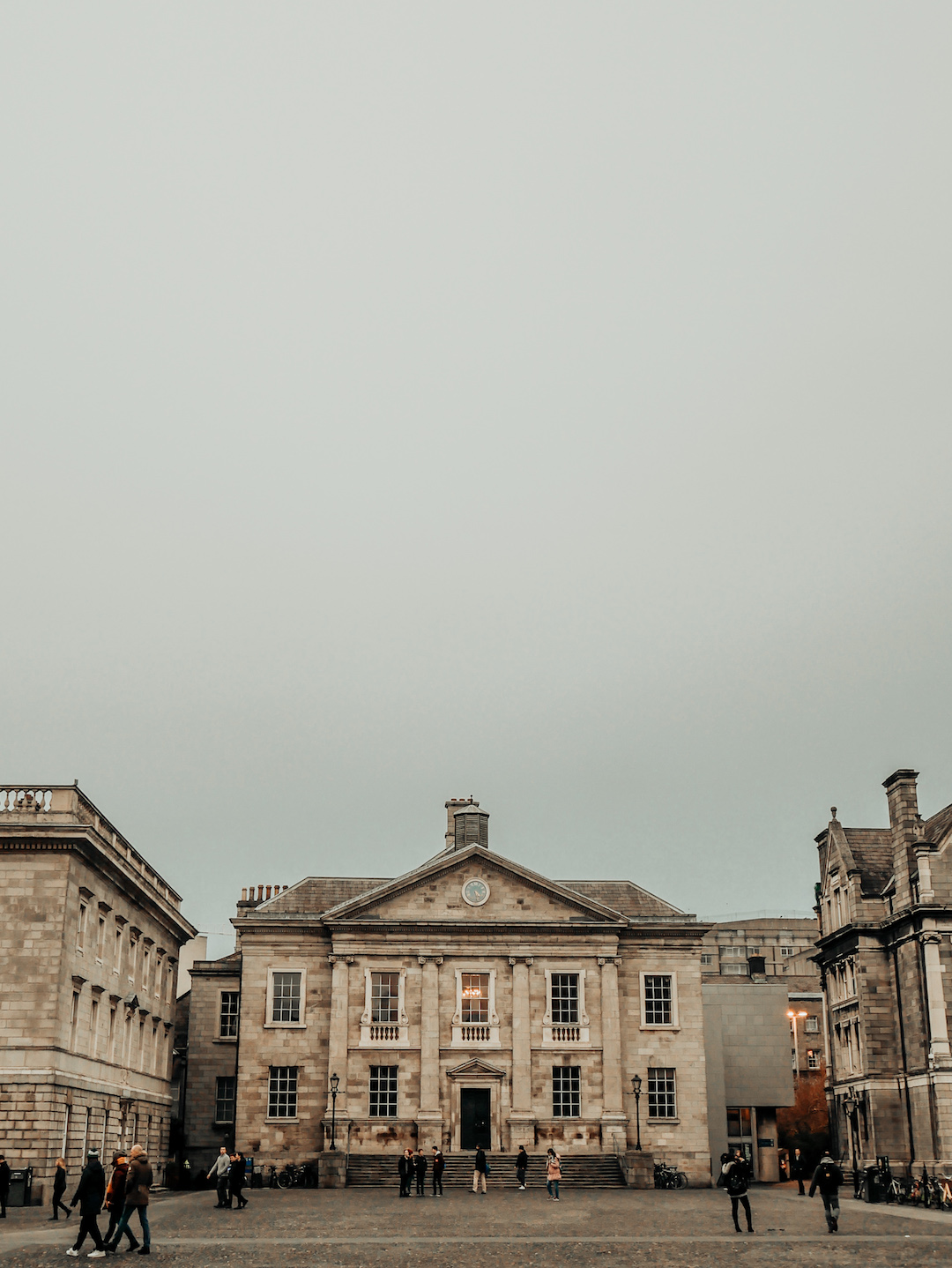 To get to the exhibition, walk right through Trinity’s front door/archway, keep left, walk all the way to the back and then it’ll be on your left. Don’t rush though, the buildings are stunning and worth your attention as you stroll by. 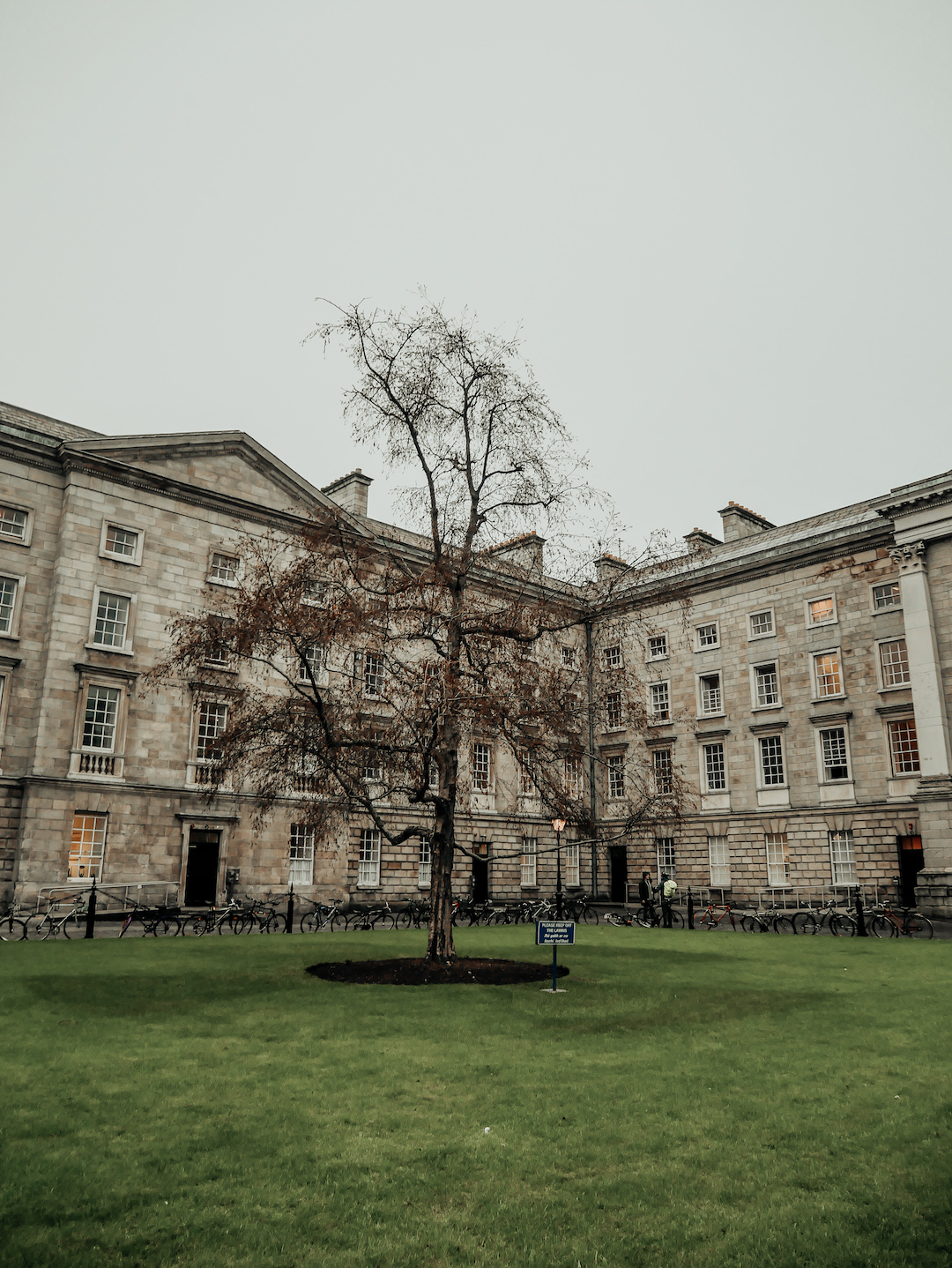 I was delighted to see so many bikes on campus. Lots and lots of the students here use them to get to and from college and with me becoming more mindful of our environment, it filled me with hope that we are starting to move in the right direction. 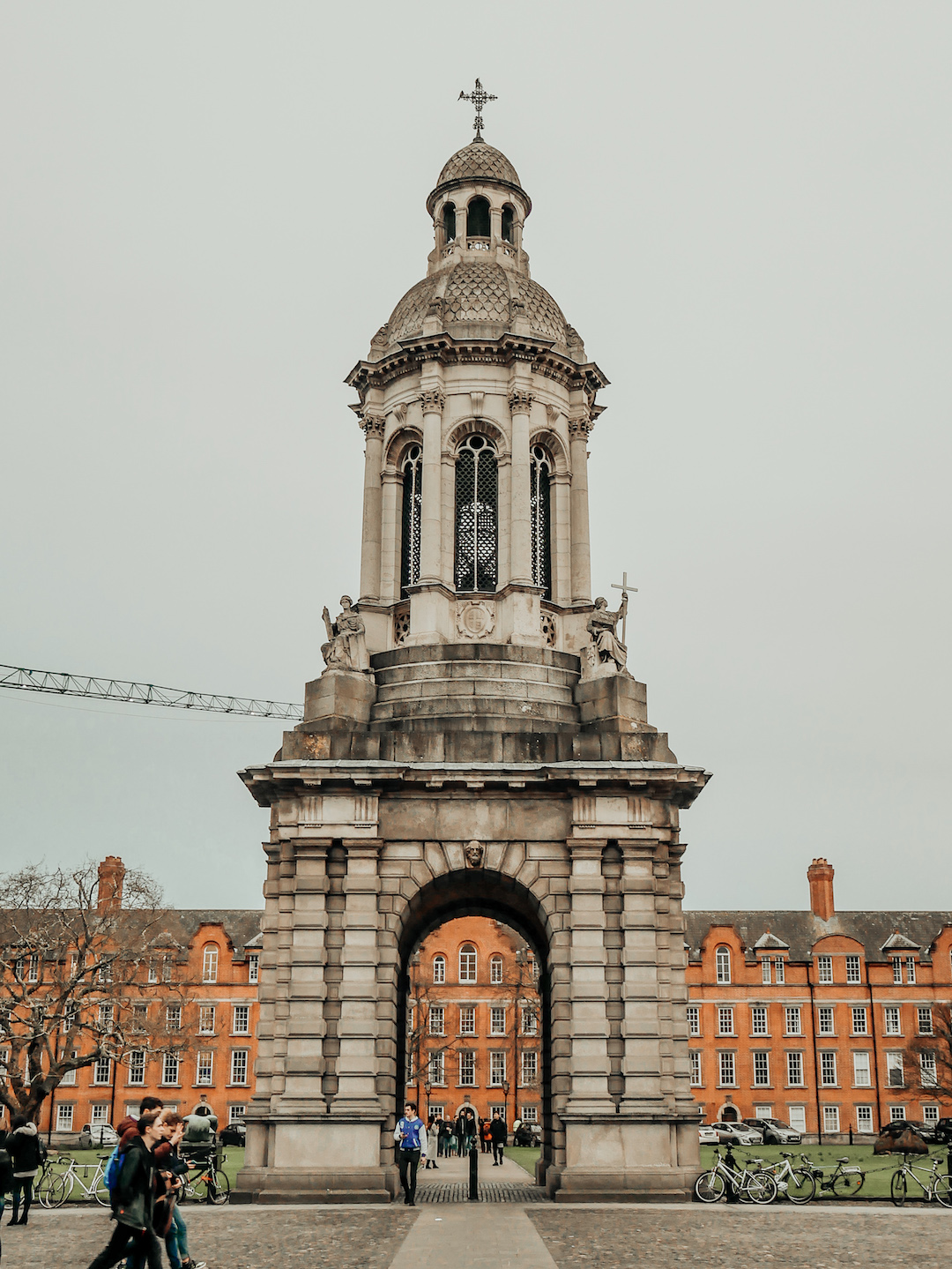 The whole place is steeped in History and as you wander around you really can feel the gravitas of the place, it’s in the minutiae. 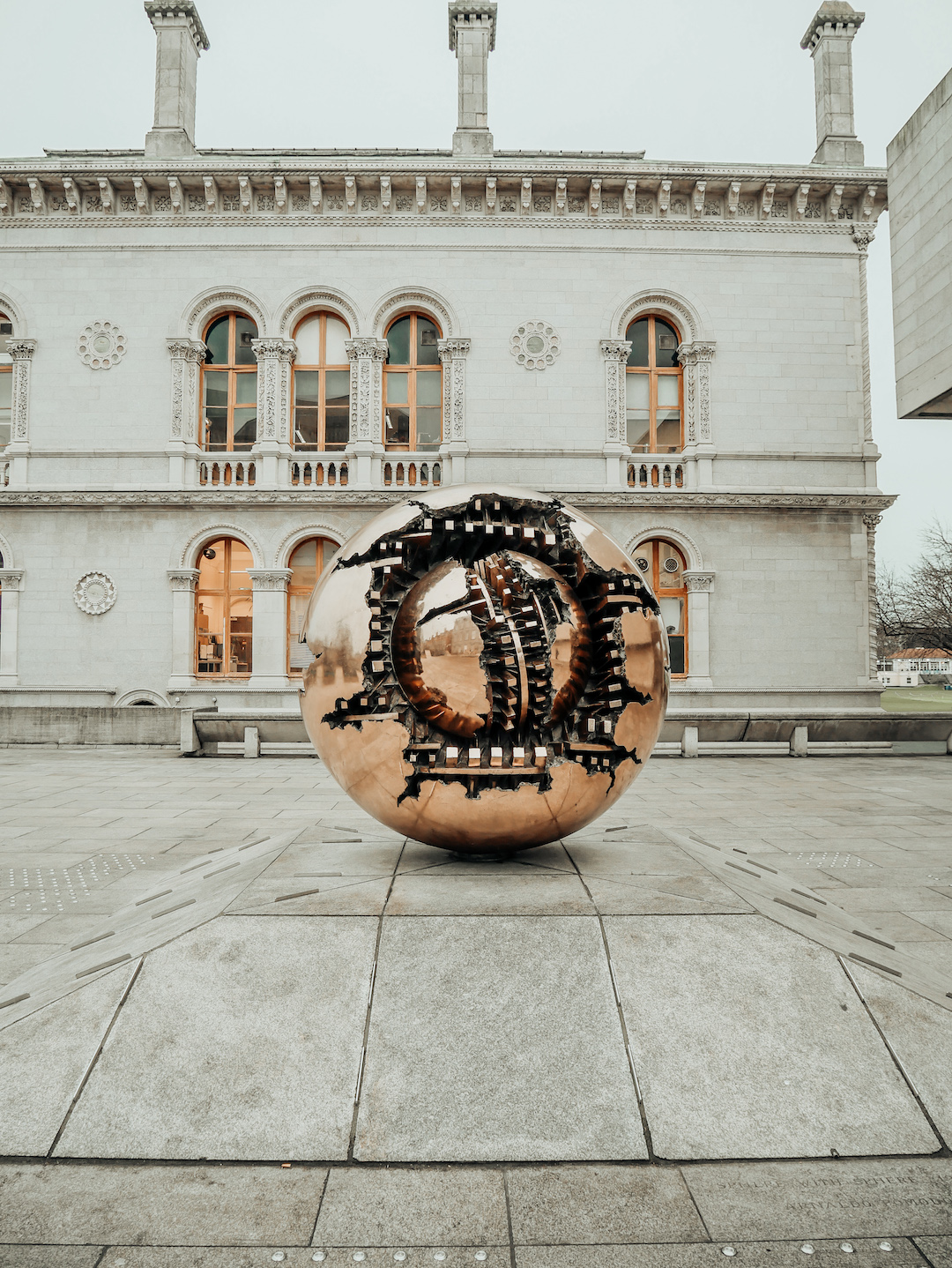 Side Note: Today I learned that if I have a backpack on (which I did due to my earlier casting) and walk around a University, no one looks twice at me. Though I am a decade older than most students, apparently I blend right in! A compliment – sure – but it also meant that I ended up being bustled towards student areas, ushered forward by security whilst in a world of my own. Once I realised what had happened I went up to the receptionist, an older gent with white hair. I confessed “I’m really sorry but I think I’ve accidentally gotten much further than I should have been allowed to!”, when I told him what I’d been searching for his face split into the warmest smile and he simply said “Don’t worry about it” and gave me directions 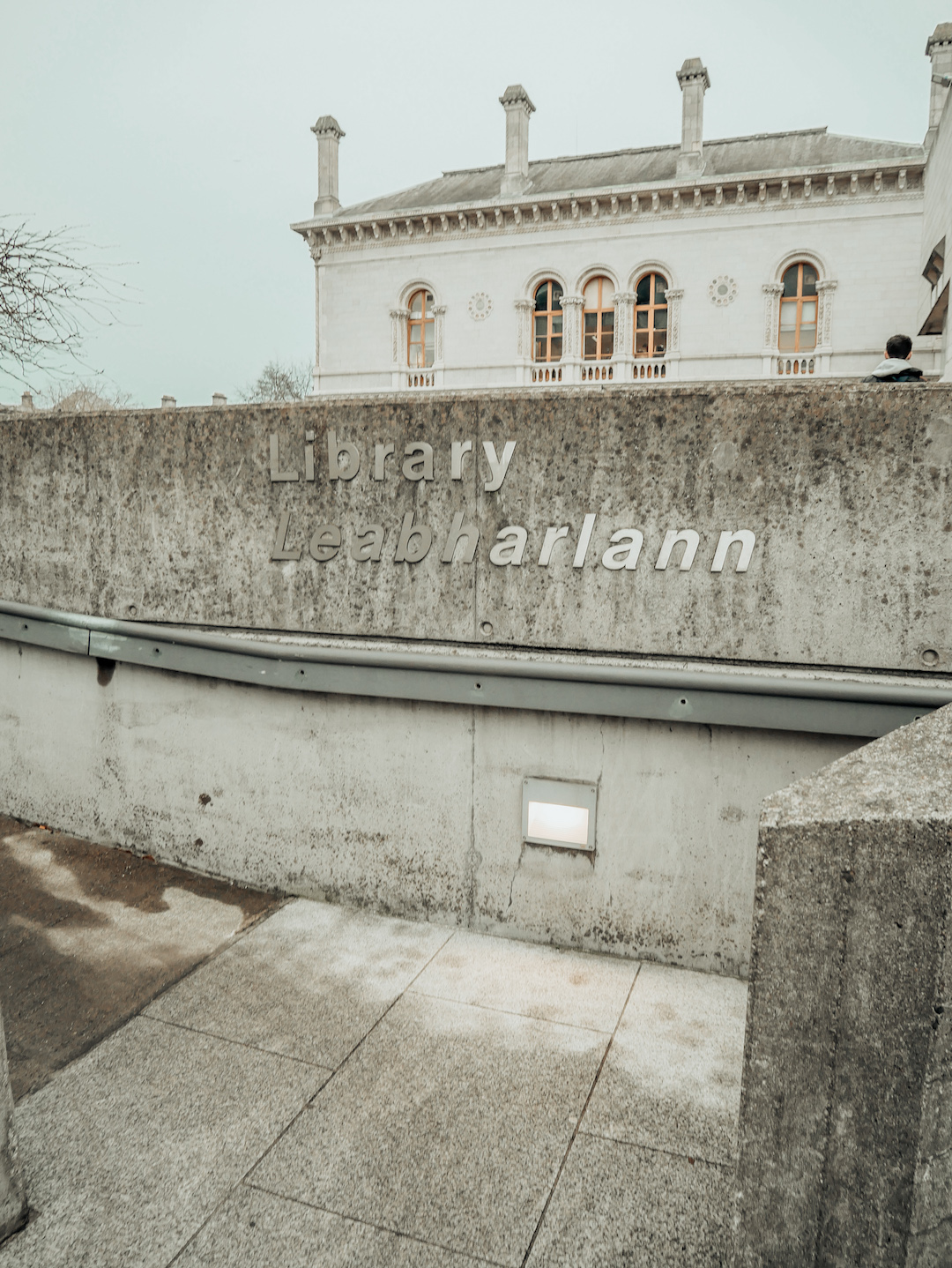 Back where I needed to be, I hopped into the Trinity gift shop, which is where you buy your ticket. I skated through the Book of Kells bit very quickly, not only the upside of doing something culture-y on a weekday when very few people are around but also because you’re not allowed take any photos of it, at all! You’re also only allowed take photos in the Long Room if you don’t use flash, one tourist used the flash on his camera and a booming “NO FLASH” sounded from the other end of the room from a security guard who seemed to have appeared from nowhere. Anyway! Once through the Kells exhibition, I rounded a corner, jogged up a short set of stairs and was blown away by what greeted me 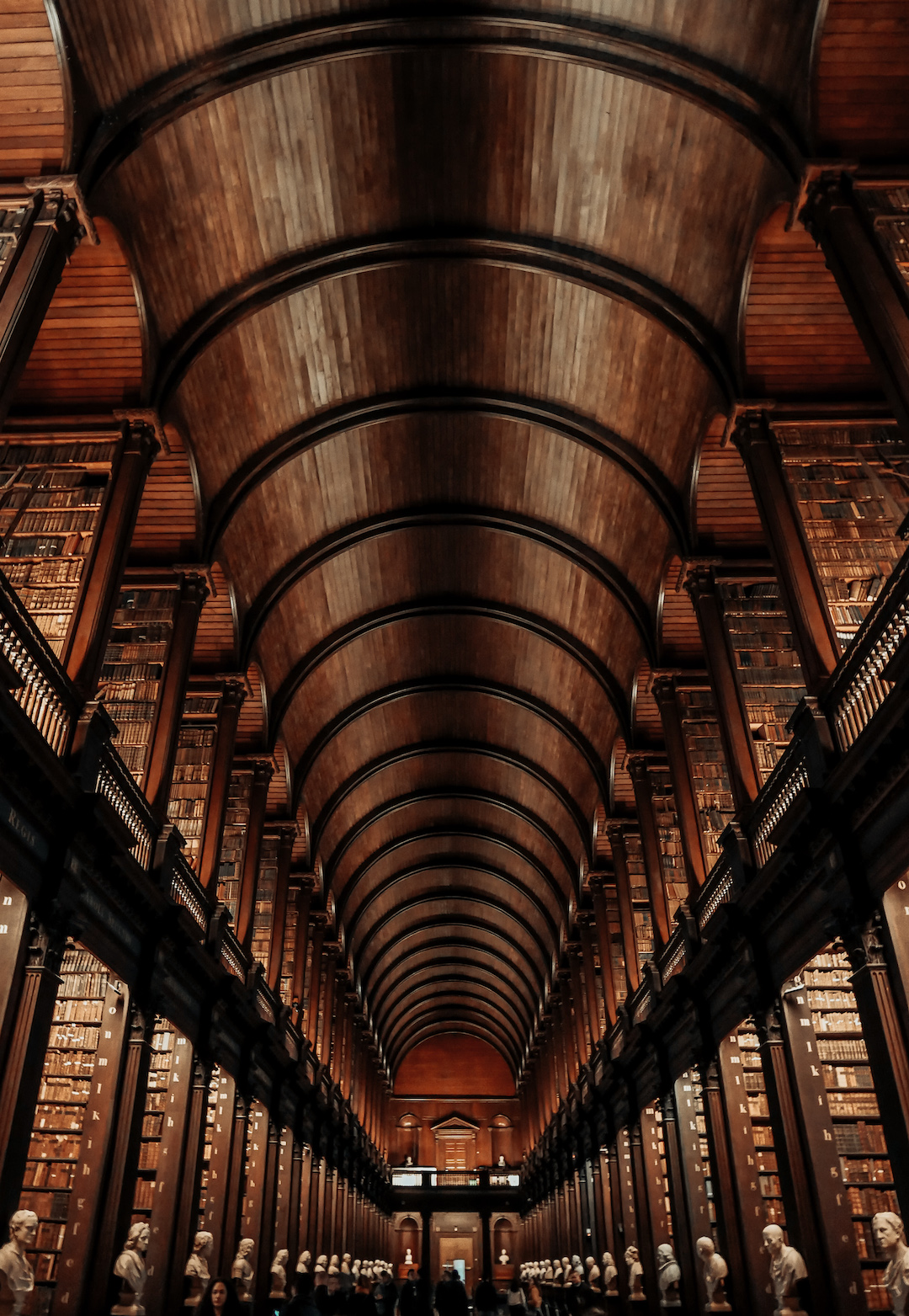 I’ve seen the library before in photos, but I never expected it to be this beautiful in person, it is awesome – in the truest sense of the word 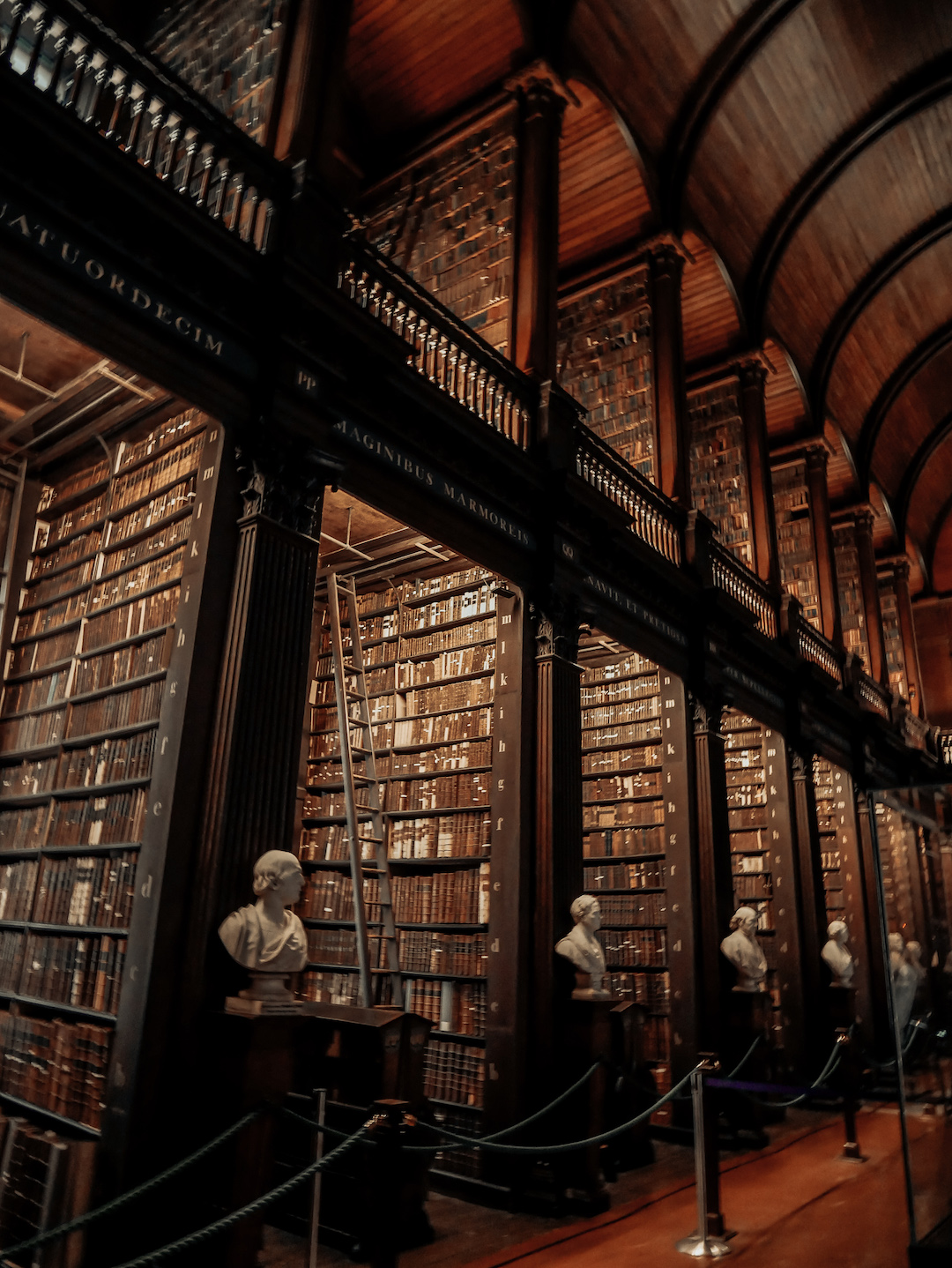 Built between 1712 and 1732, it originally had a flat plaster ceiling and books solely on the lower level (which at the time was the only level!). However, by the 1850’s the shelves were filled to the brim due to the 1801 “Act of Union” which meant that Ireland’s national library could claim the right to a copy of every book published. And so, in the 1860’s an upward extension to include a barrel vaulted ceiling and the upper gallery bookcases was executed. FYI the public are not allowed to go upstairs – trust me – I literally checked with security…! #DoItForThePhoto 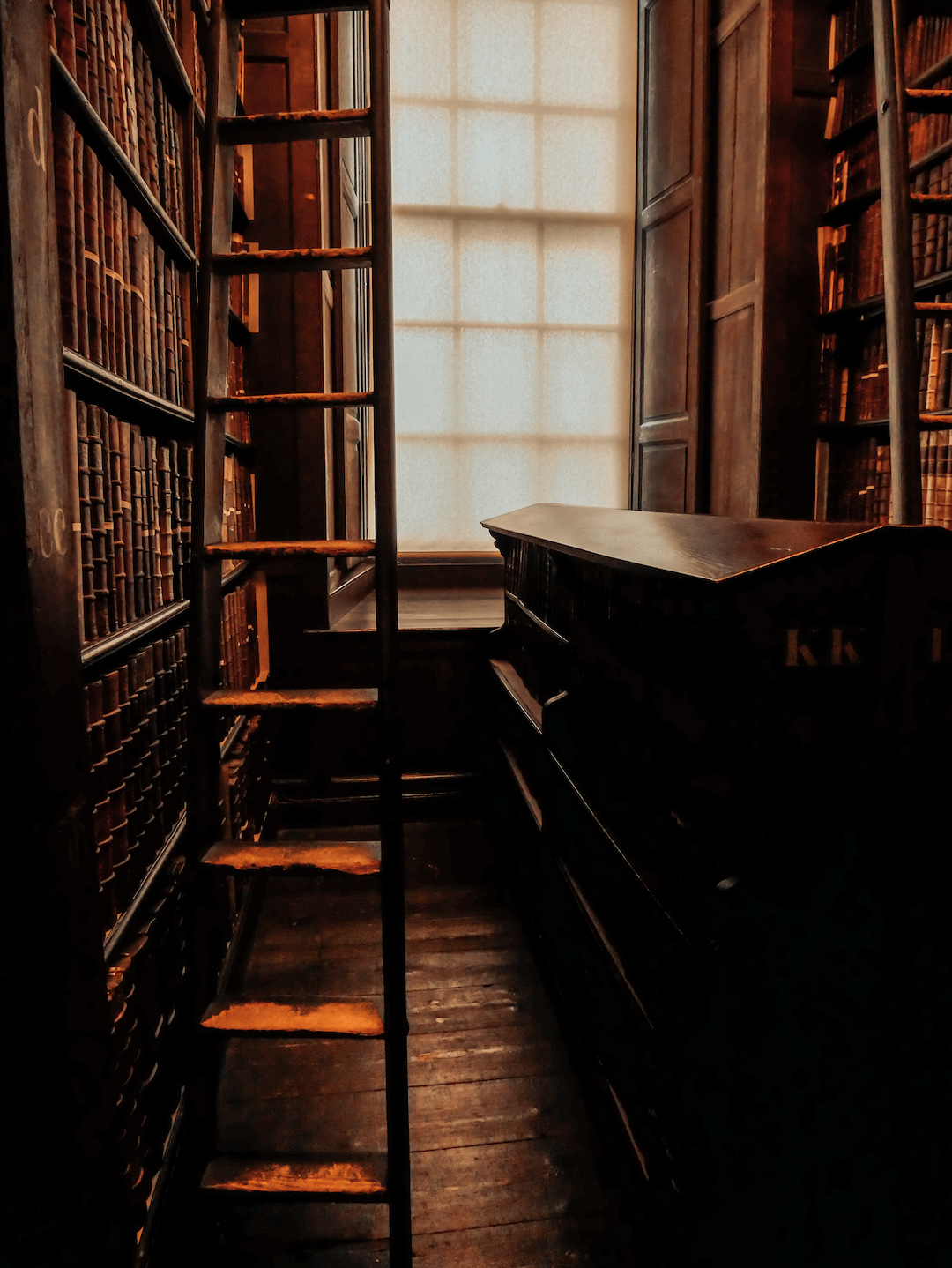 The busts which line either side of the room are of the great philosophers and writers of the western world and also of men – famous and not so famous – who are connected with Trinity College Dublin in some way or another. 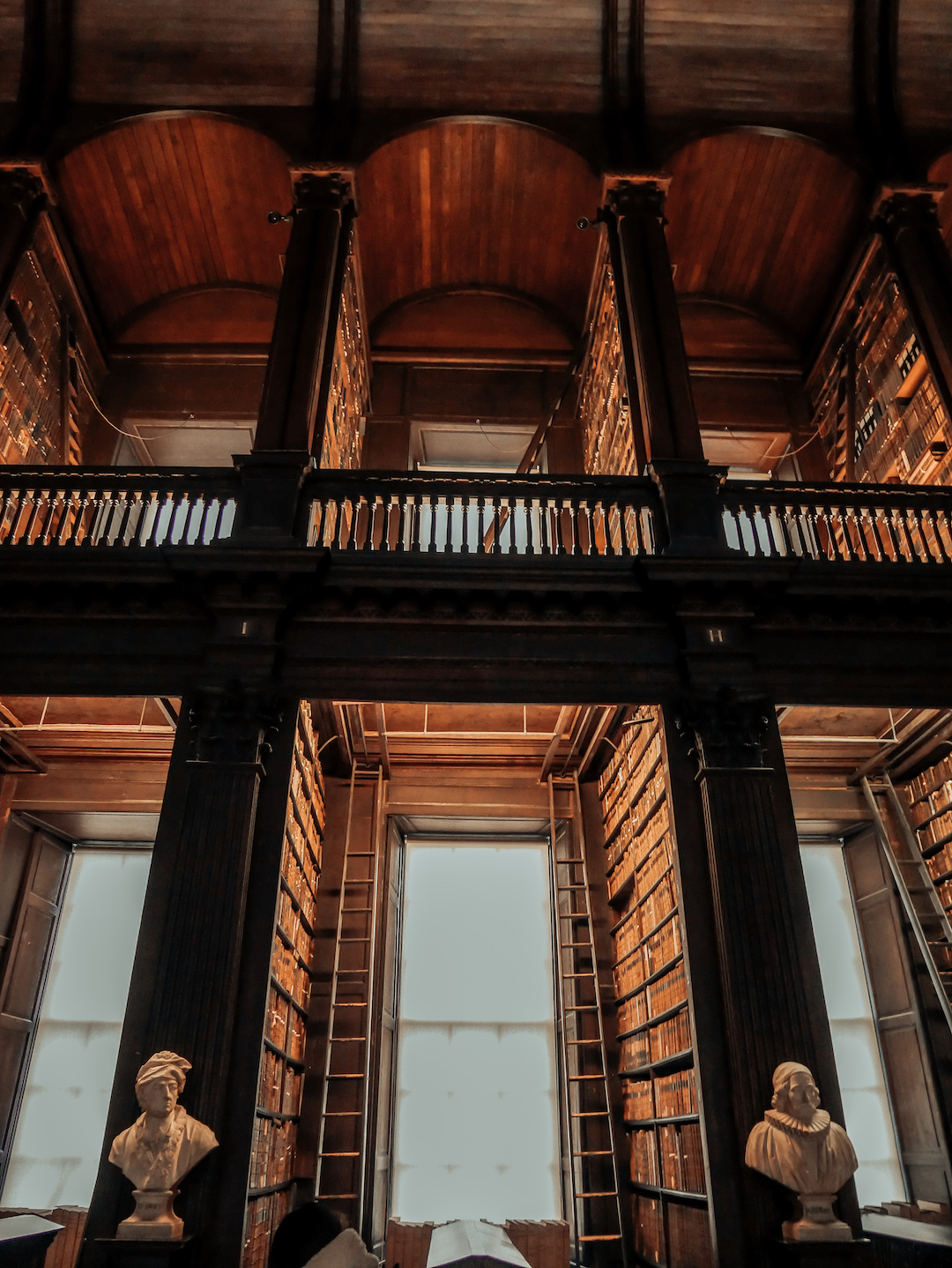 The above left bust of satirist, Dean of St Patrick’s Cathedral and writer of “Guillivers Travels”, Jonathan Swift, is touted as the very finest of all housed here, so make sure to give “D. Swift” a visit 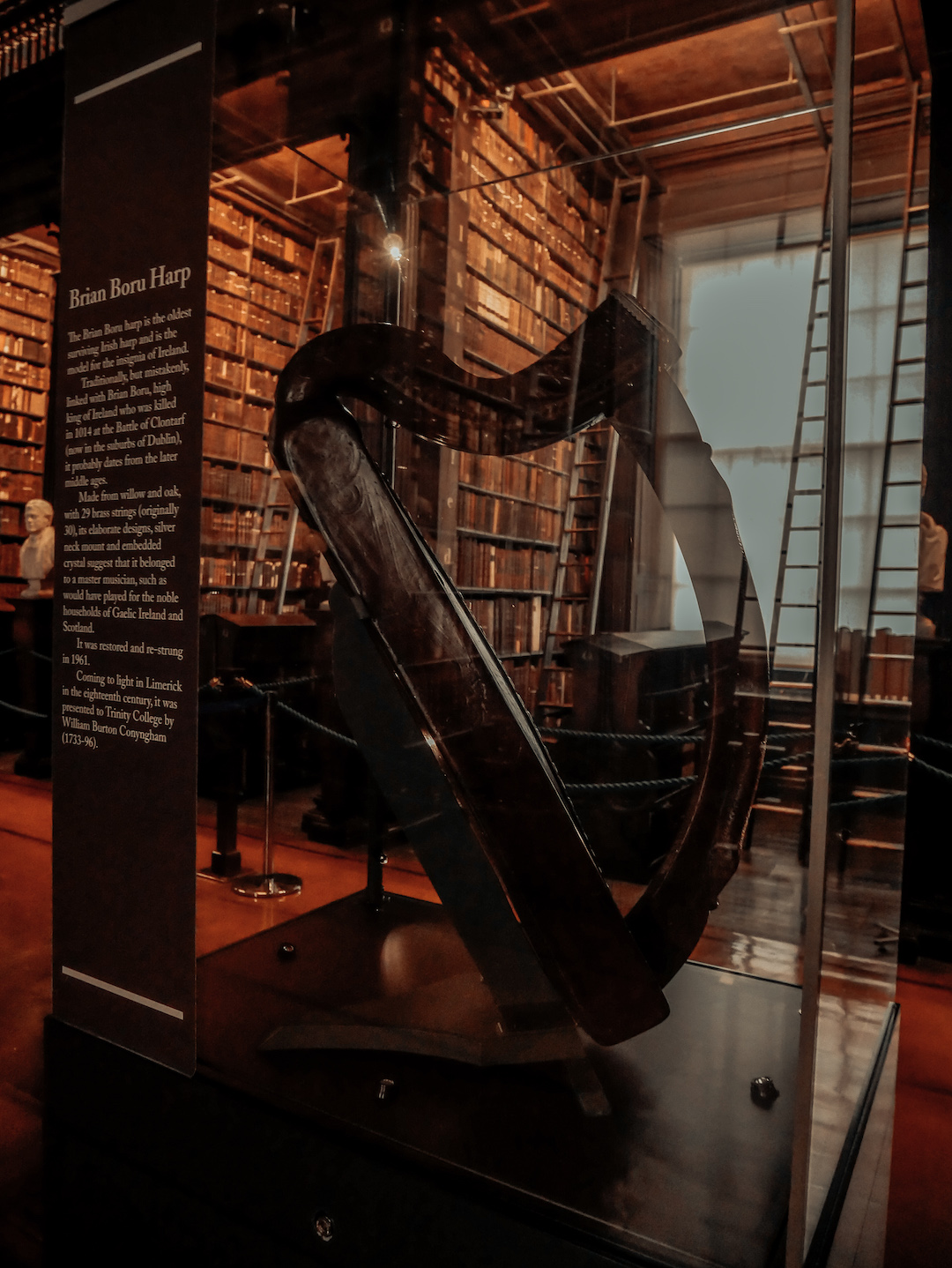 Another resident is the Brian Boru Harp, the oldest surviving Irish harp and the model for the insignia of Ireland 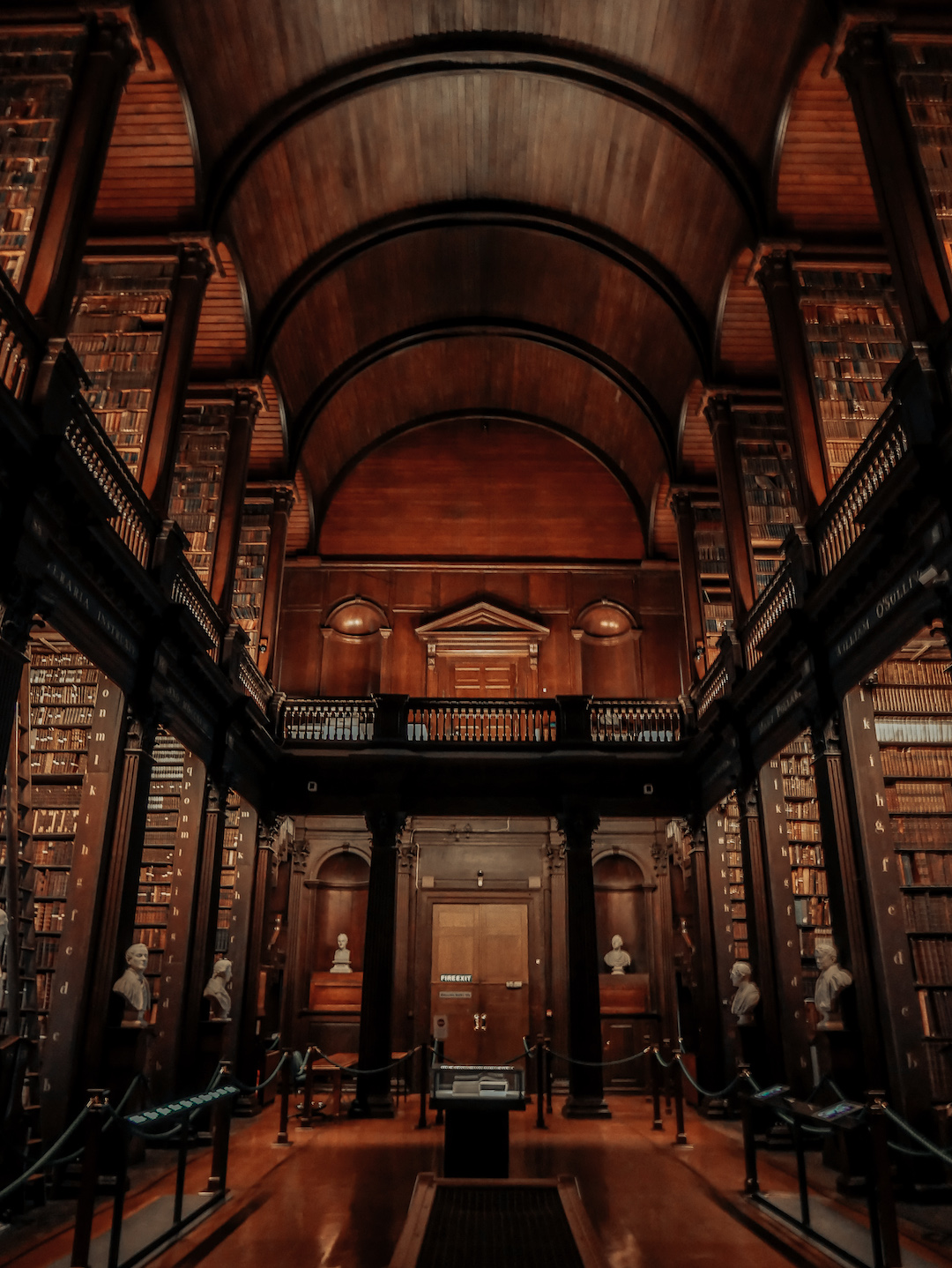 The room is nearly 65 metres in length and houses 200,000 of the library’s oldest books and you know without being told (though I’m gonna tell ya anyway!) it’s one of the most impressive libraries in the whole world. 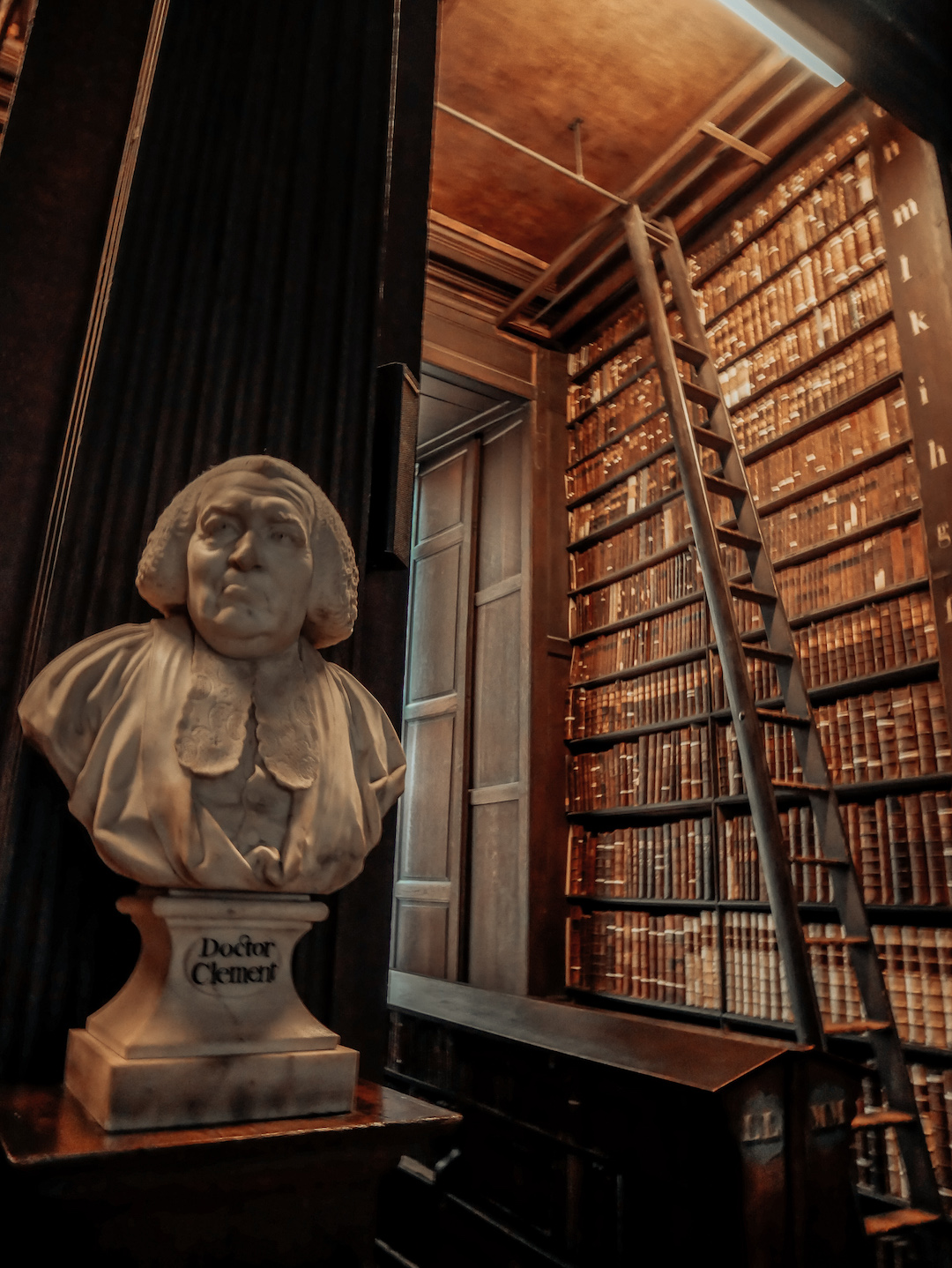 Doctor Clement’s bust spoke to me for one reason and one reason alone – both my Dad and I make this face – the lower lip protrusion occurs during thinking, snoozing and sometimes whilst in the midst of an all out grump. It’s highly versatile! 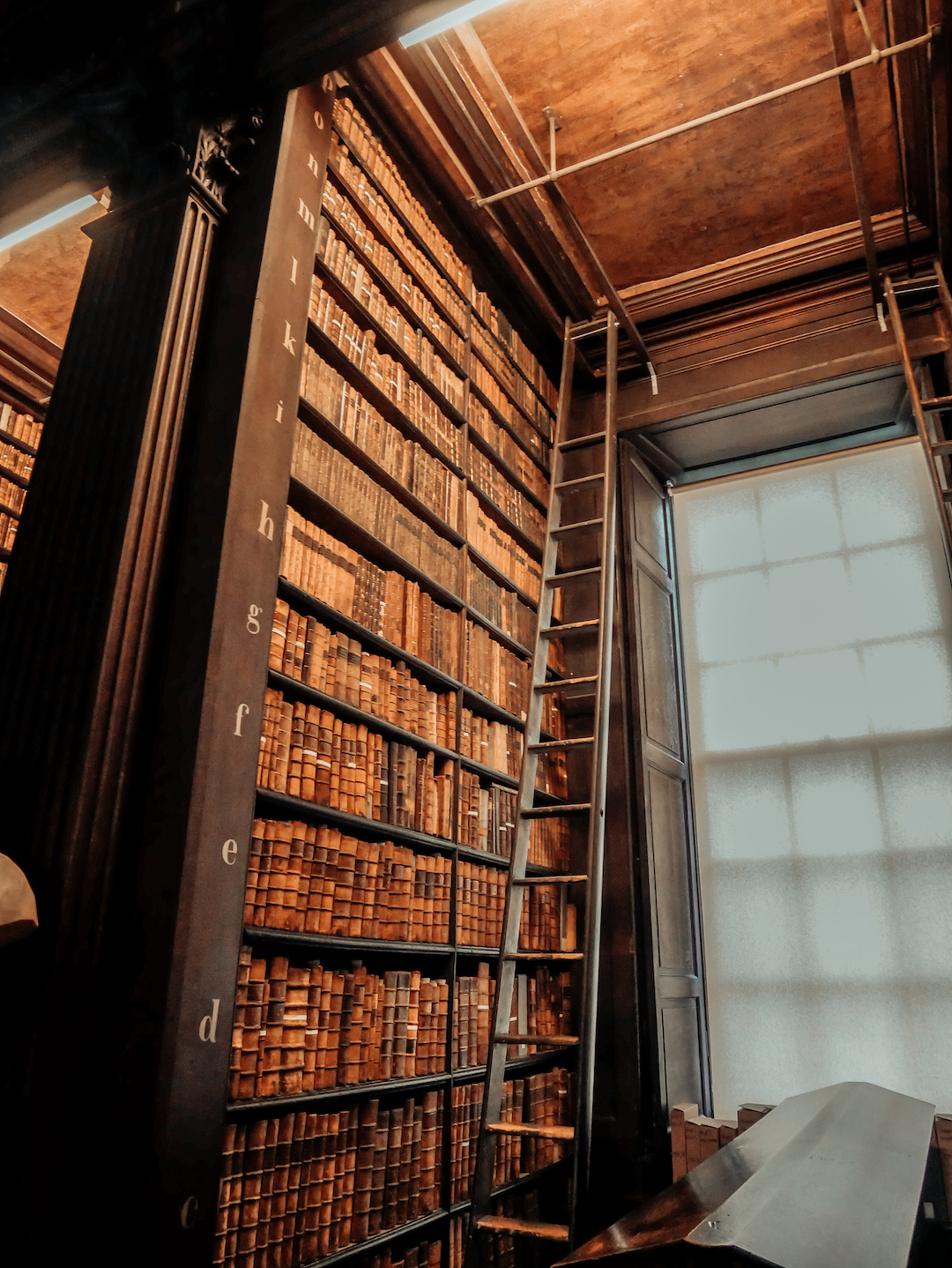 I definitely recommend going to The Long Room if you’re visiting Ireland or even if – like me – you’ve lived away and now that you’re home you want to explore your city and find things to do in Dublin!

Be sure to say hi to my buddy Doctor Clement when you’re there!