Last year you may remember that we ate at Sao Gabriel (read the post here). It’s a stunning location and the food is always incredible, but this year, we fancied a bit of a change…

so we hung a right, instead of a left 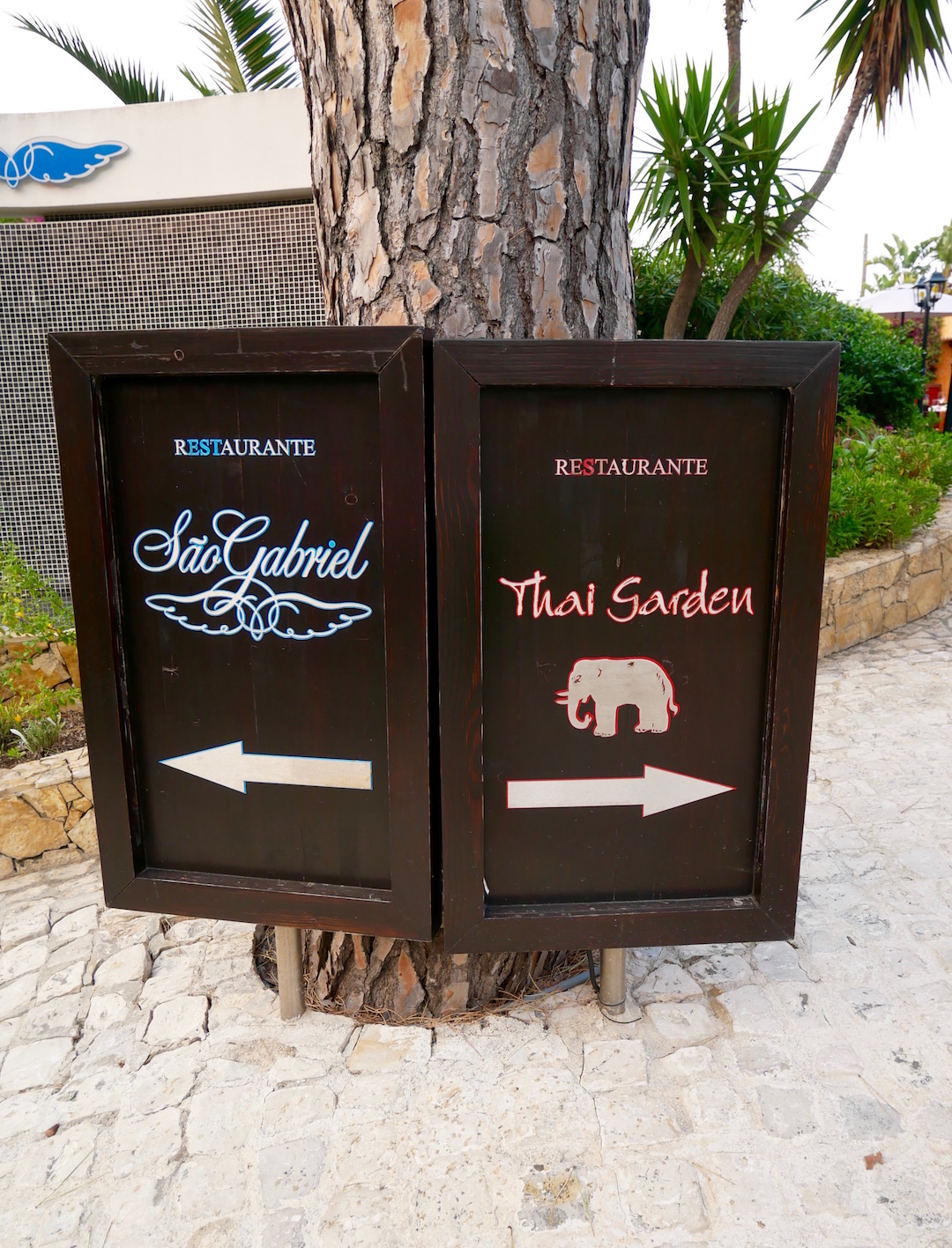 Thai Garden is under the same ownership as Sao Gabriel, so we expected the same high standard for that reason, but it’s not only the standard that was the same, some of the staff were too which genuinely took us by surprise! 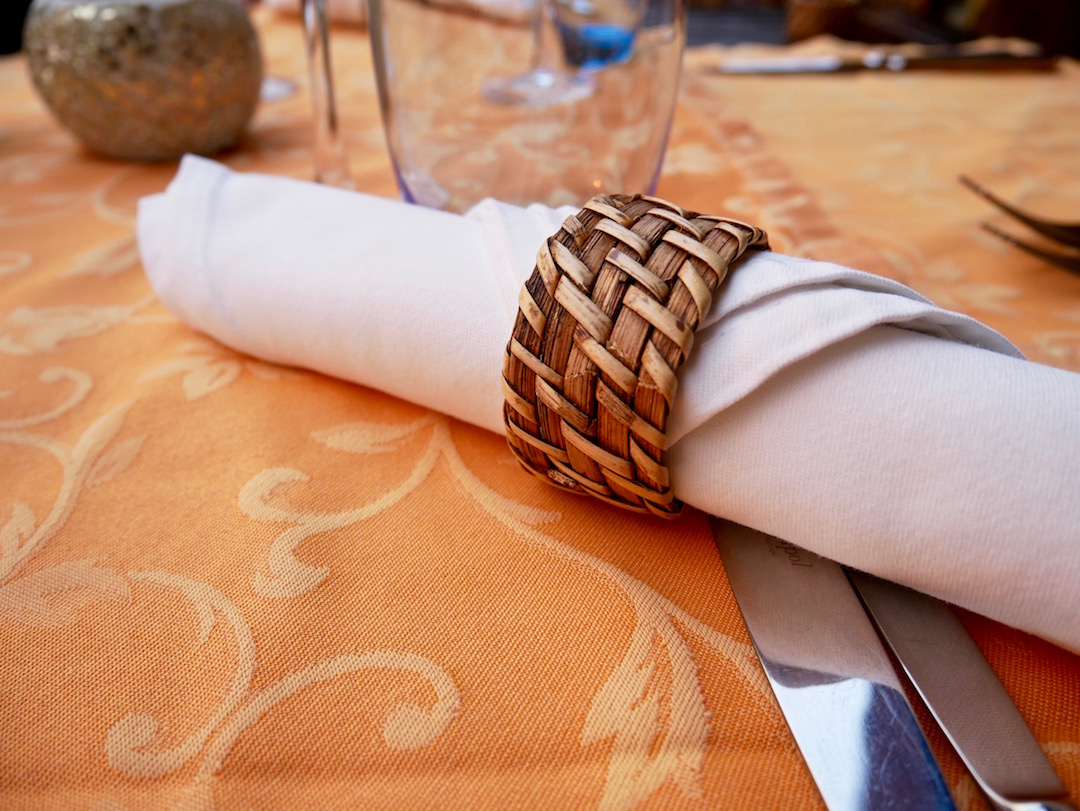 We were one of the first groups of diners to arrive (7:30pm reservation) and we were offered a perfectly situated table within the restaurant 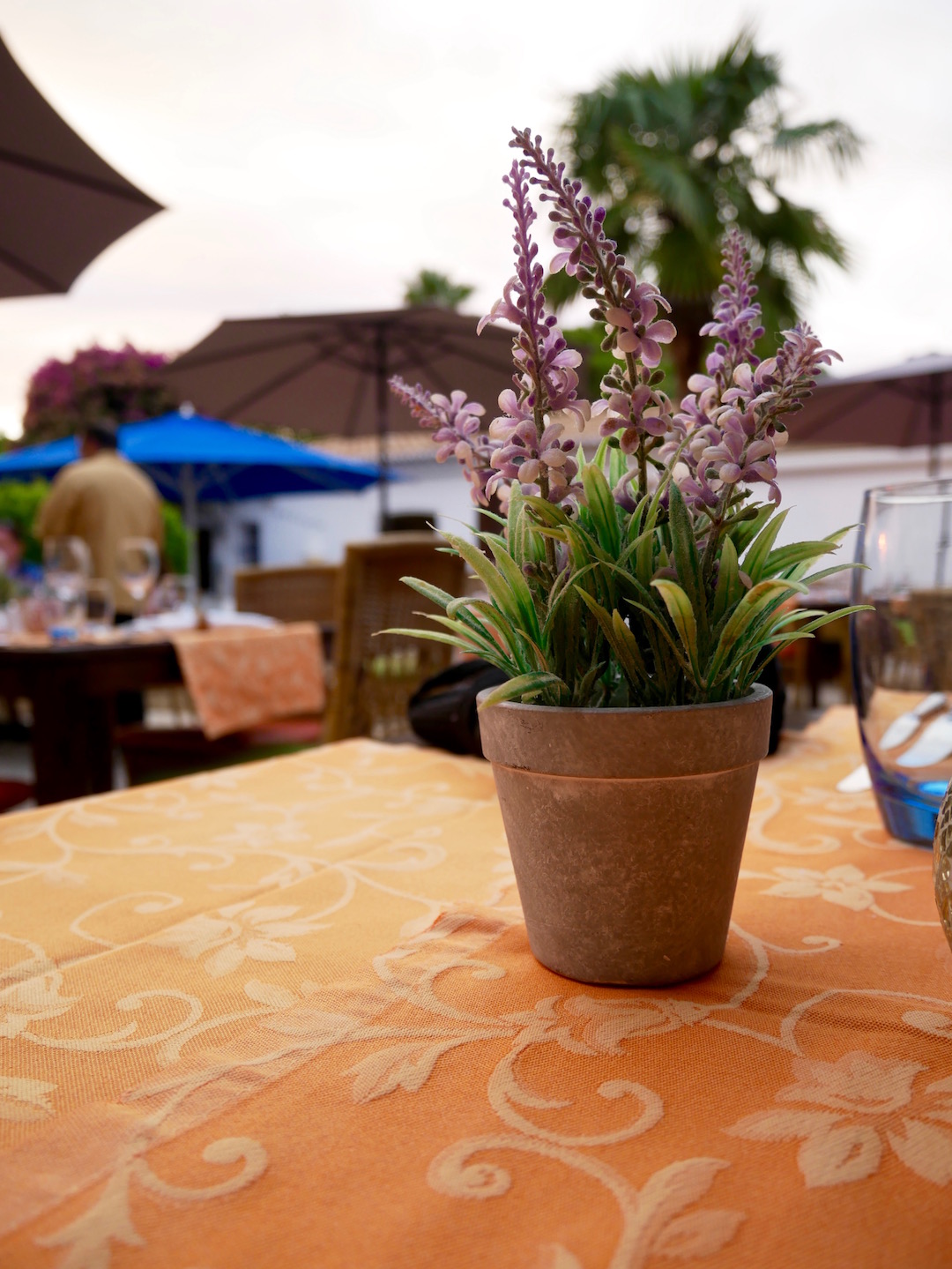 To toast to a brilliant holiday, we clinked with ice cold Champagne, in beautiful Laurent Perrier flutes 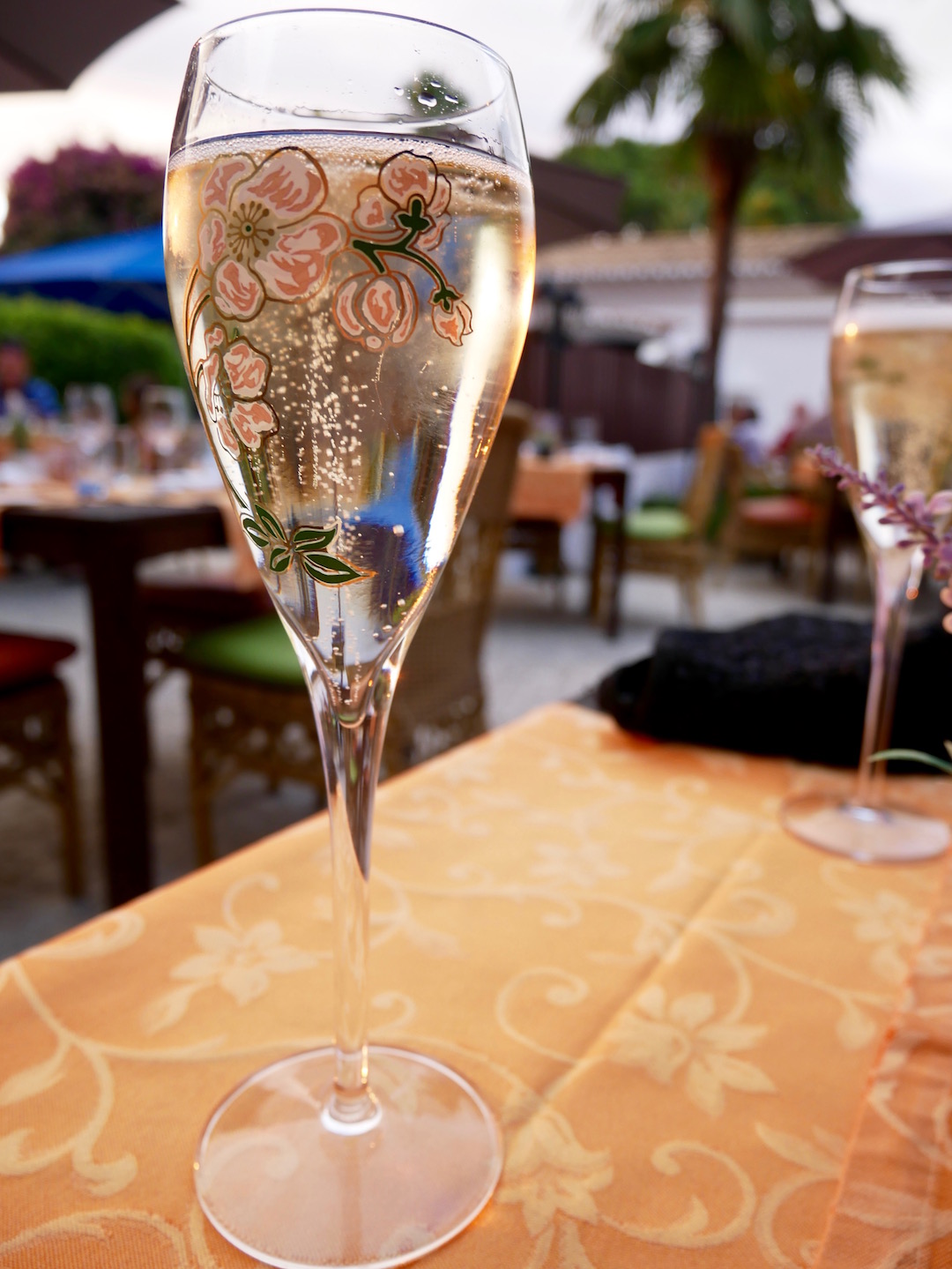 and whilst the sunset was breathtaking, our waiter for the evening informed us that the sun’s red halo was due to smoke from a forest fire 50 miles away in Monchique, we sincerely hoped that everyone nearby would be alright. 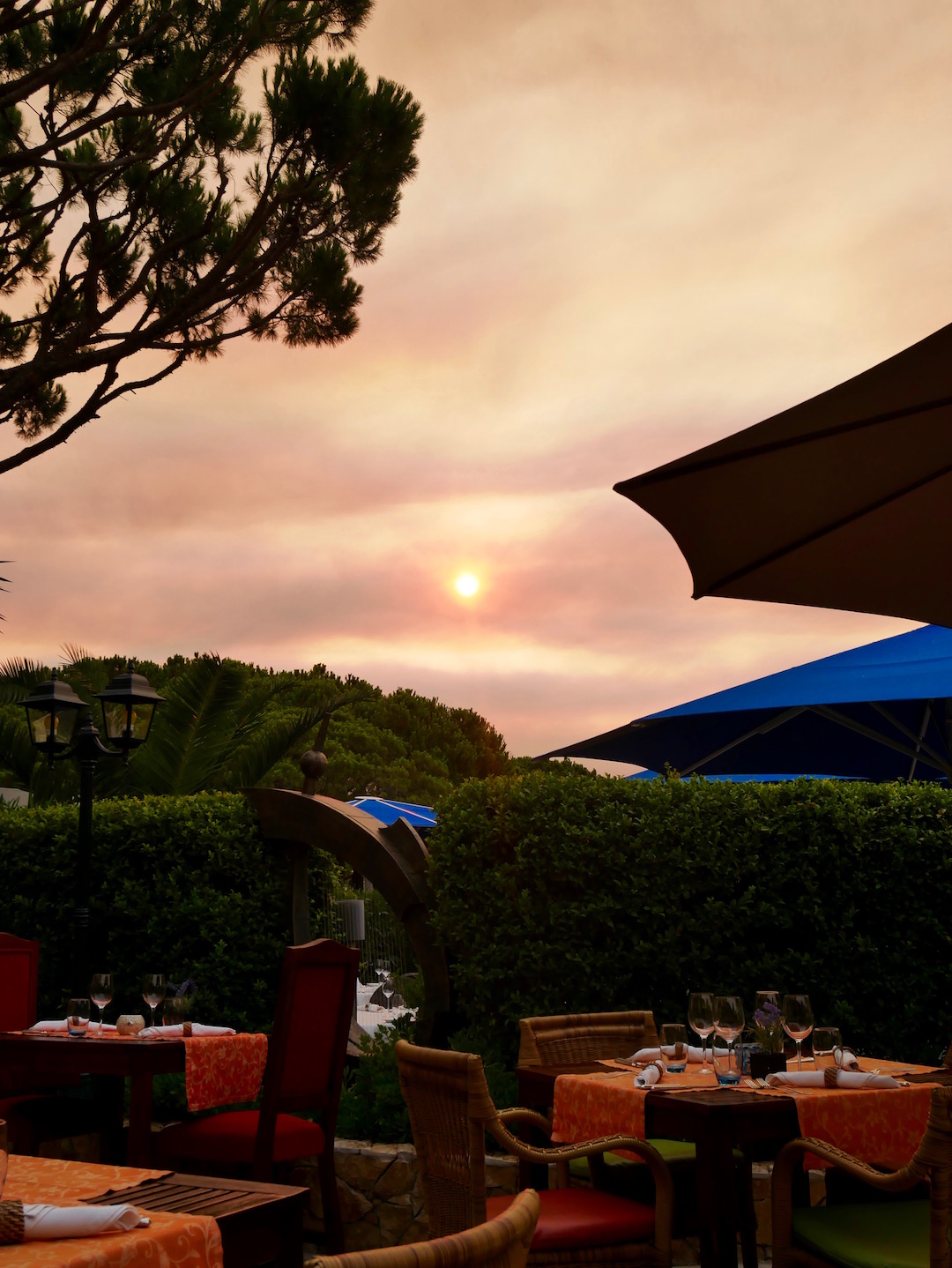 Before ordering, we were brought multicoloured prawn crackers with sweet chilli dipping sauce, 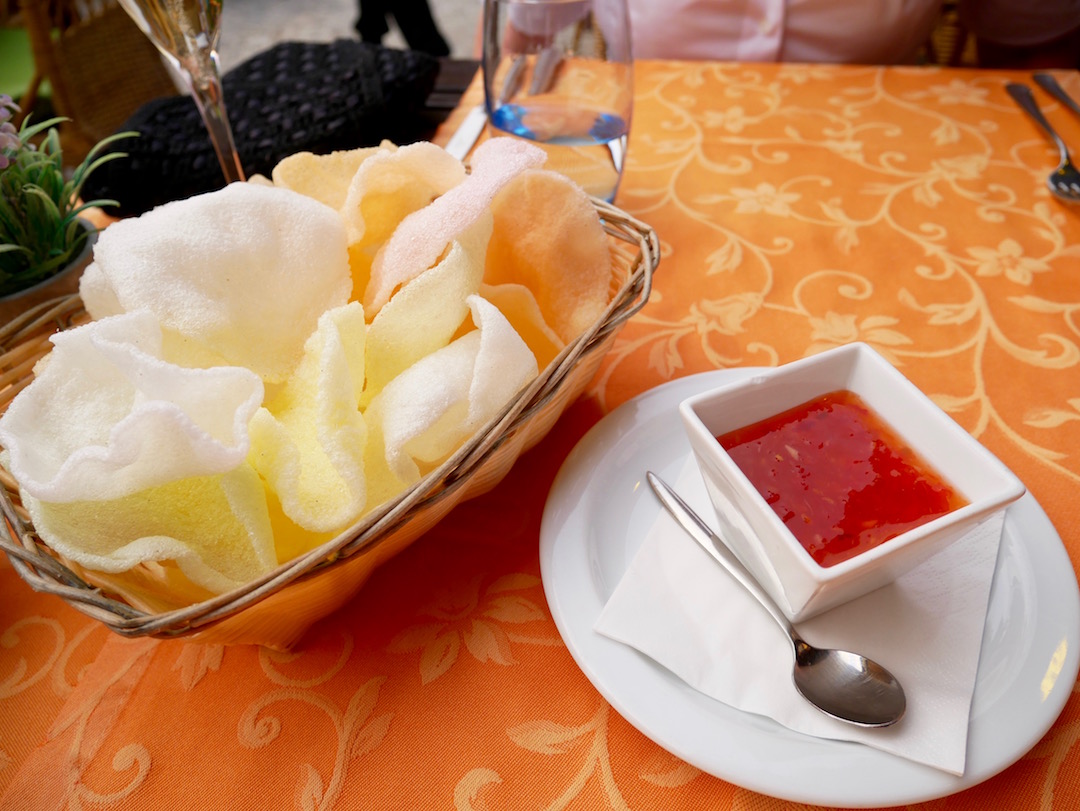 as well as a chicken breast amuse-bouche with side salad 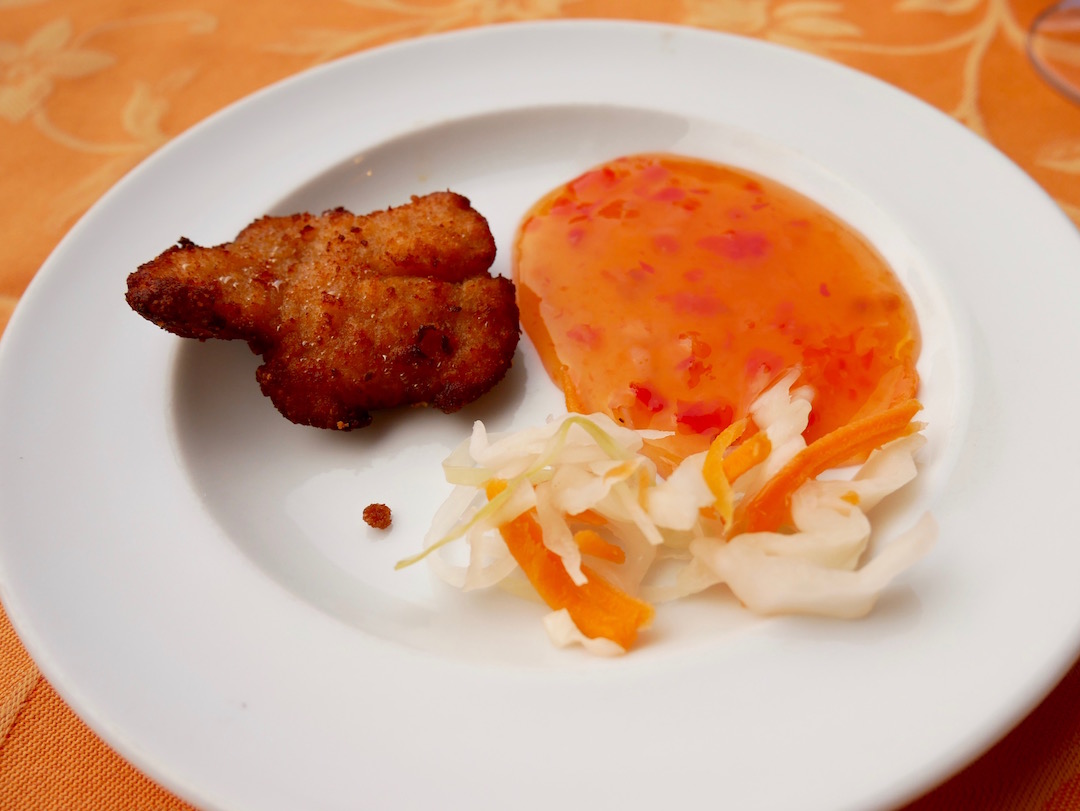 Thai Garden is in complete juxtaposition to Sao Gabriel’s crisp blue and white decor, instead they embrace the culture and heritage – in celebration of where these recipes are from – with a palate of orange, pink and pops of green dotted sporadically around the space. Think of Thai Garden like Sao Gabriel’s younger, more chilled out Sister who loves kids – Sao Gabriel doesn’t mind kids, but like, she wears designer gear and a lot of white… 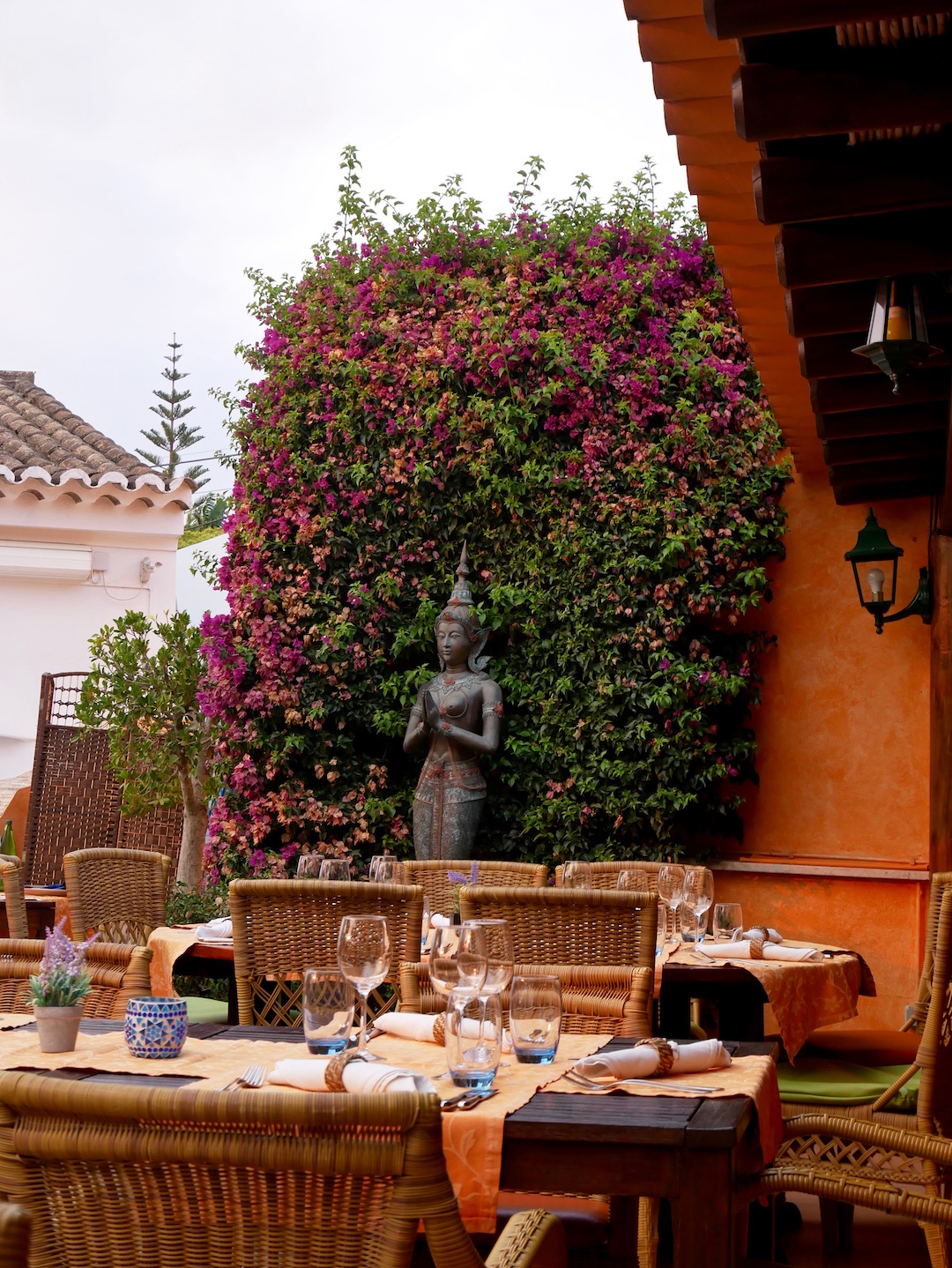 For Himself’s starter he had the “Spicy Prawn Soup” with lemon grass and chilli – which I actually tried (I know! But I must be honest, I didn’t go near the actual prawns), the broth itself was delicious, really spicy and full of flavour, on point for my palate 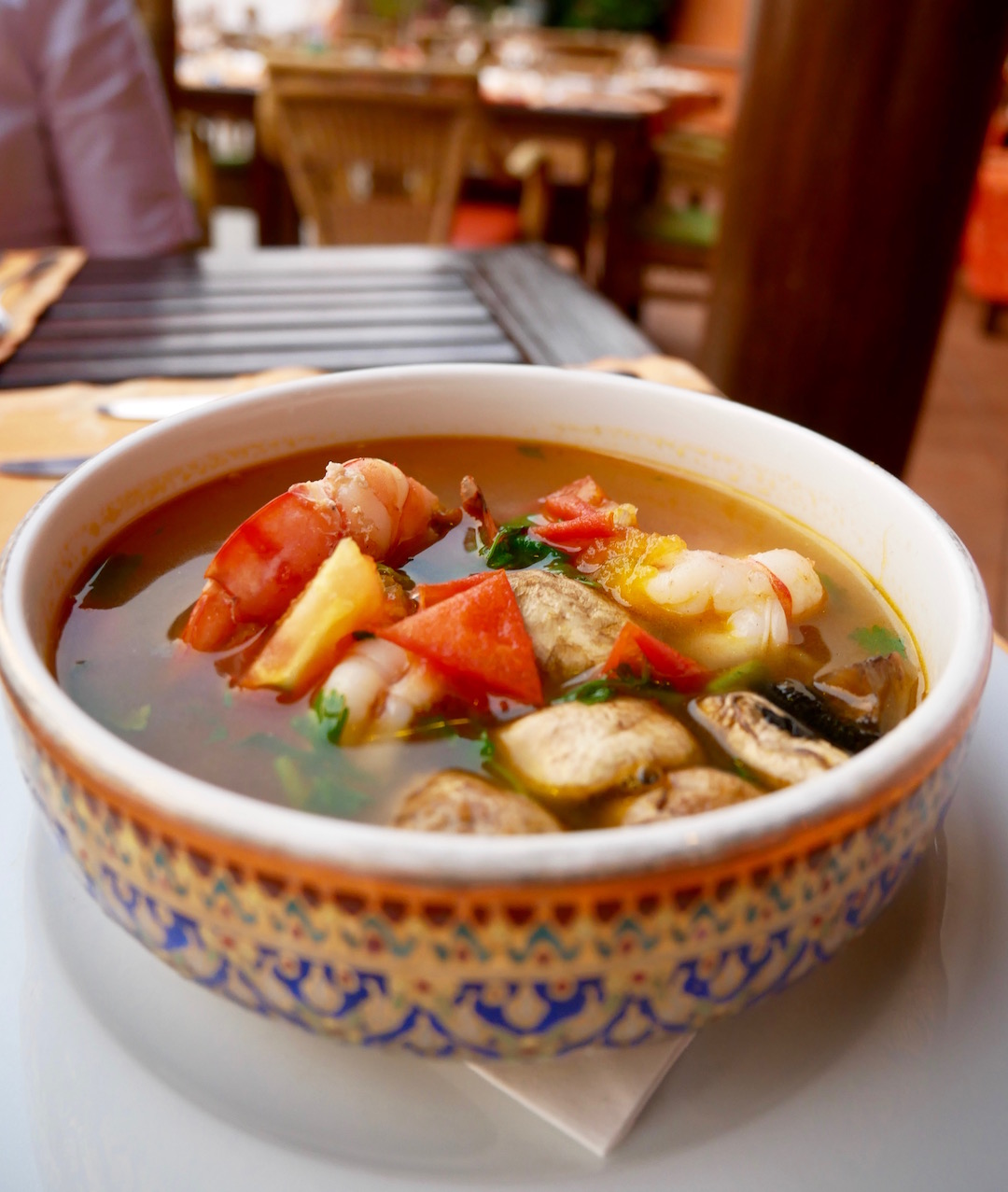 I had their “Appetizer Selection”, which included a vegetarian spring roll, satay chicken skewers and a beef curry puff. I ended up doling out a lot of it, for fear of not being able to finish my main, or – heaven forbid – have to forgo dessert (not when on holiday people, t’would be sacrilege!!) 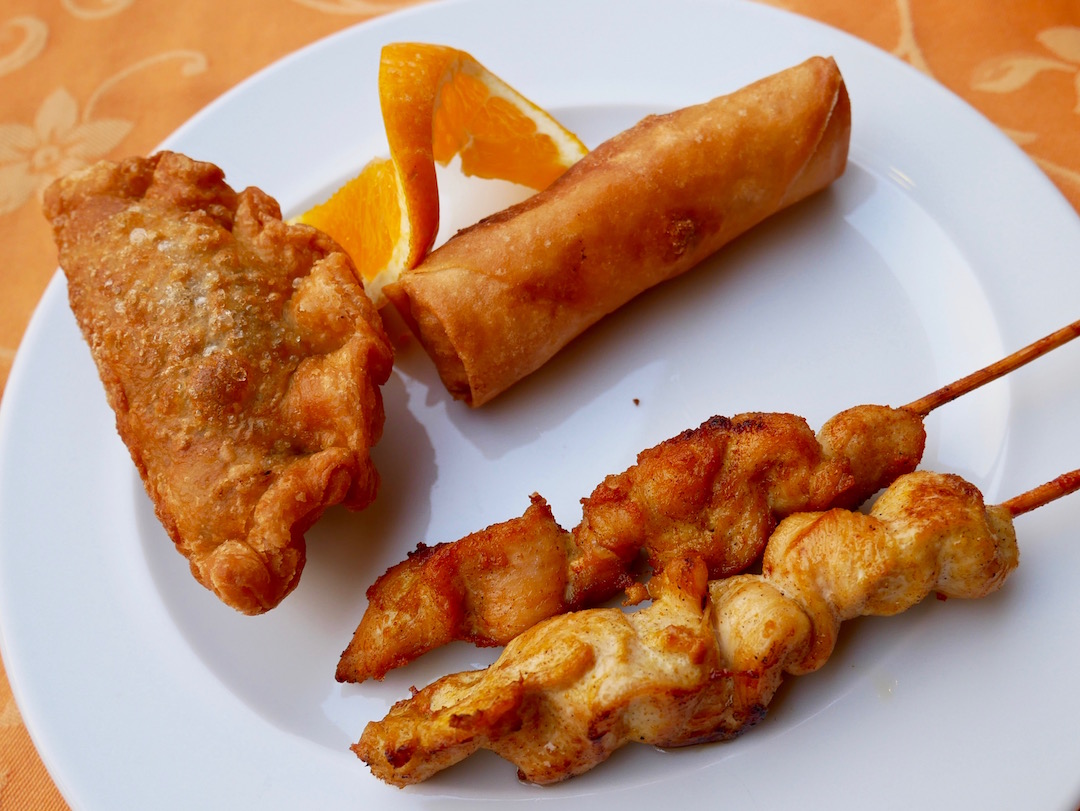 There was more sweet chilli sauce given to us for the spring roll, satay for the chicken obviously and finally a sharp vinegar-y cucumber sauce for the beef which I absolutely ADORED! It was light, crisp but had a sharp edge which was just pure NOM 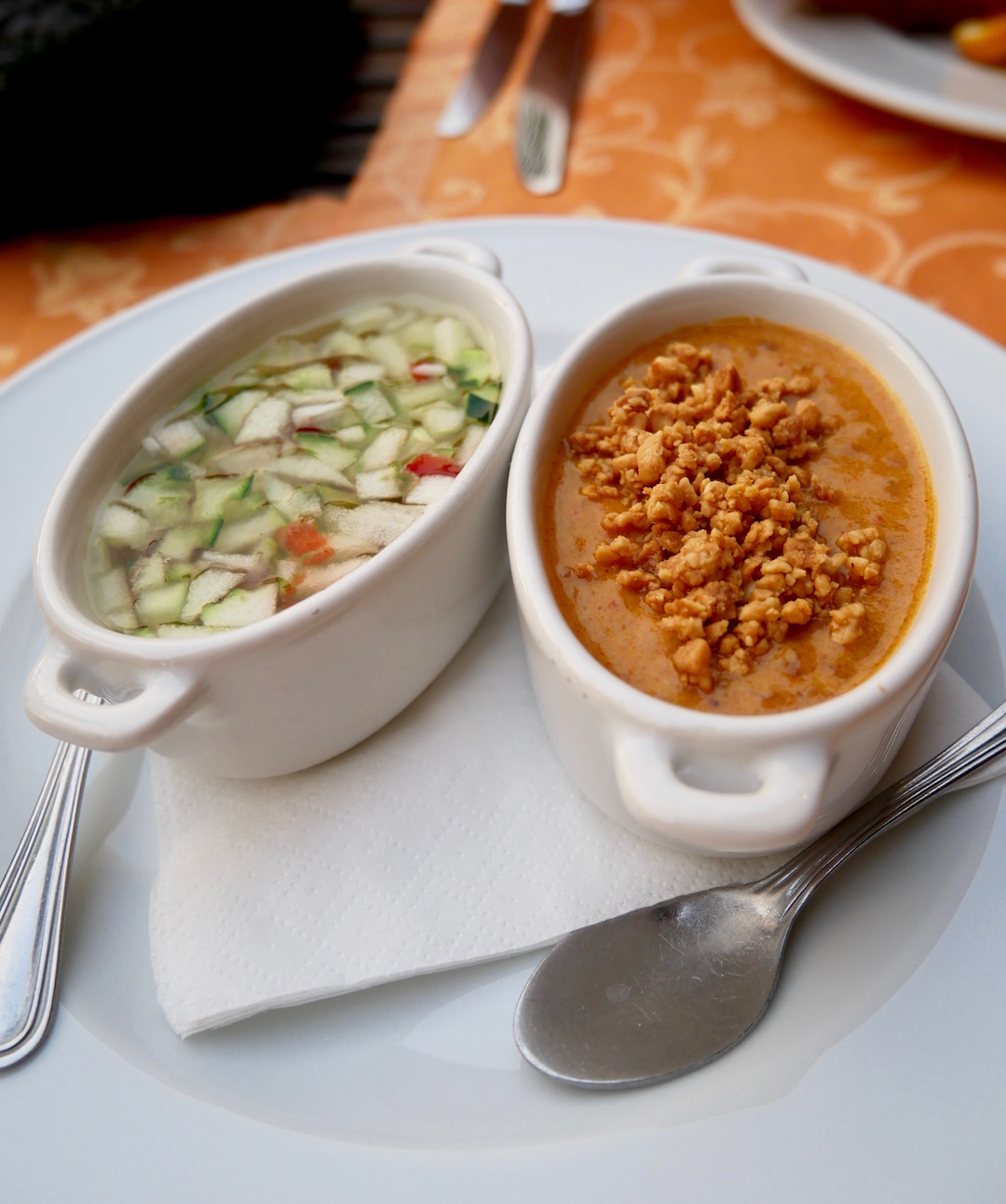 There was a half smirk when my Mom and I requested chop sticks, however, both of us are extremely proficient at using them and the passing waitresses smirk quickly turned to surprise when she realised that – no actually we wouldn’t be changing our minds in a few mins and going back to using a knife and fork! (can you tell it really ruffled my feathers? It just bothered me because I thought, so what if someone asks for them and makes a hames of it? At least they were open to trying!!) 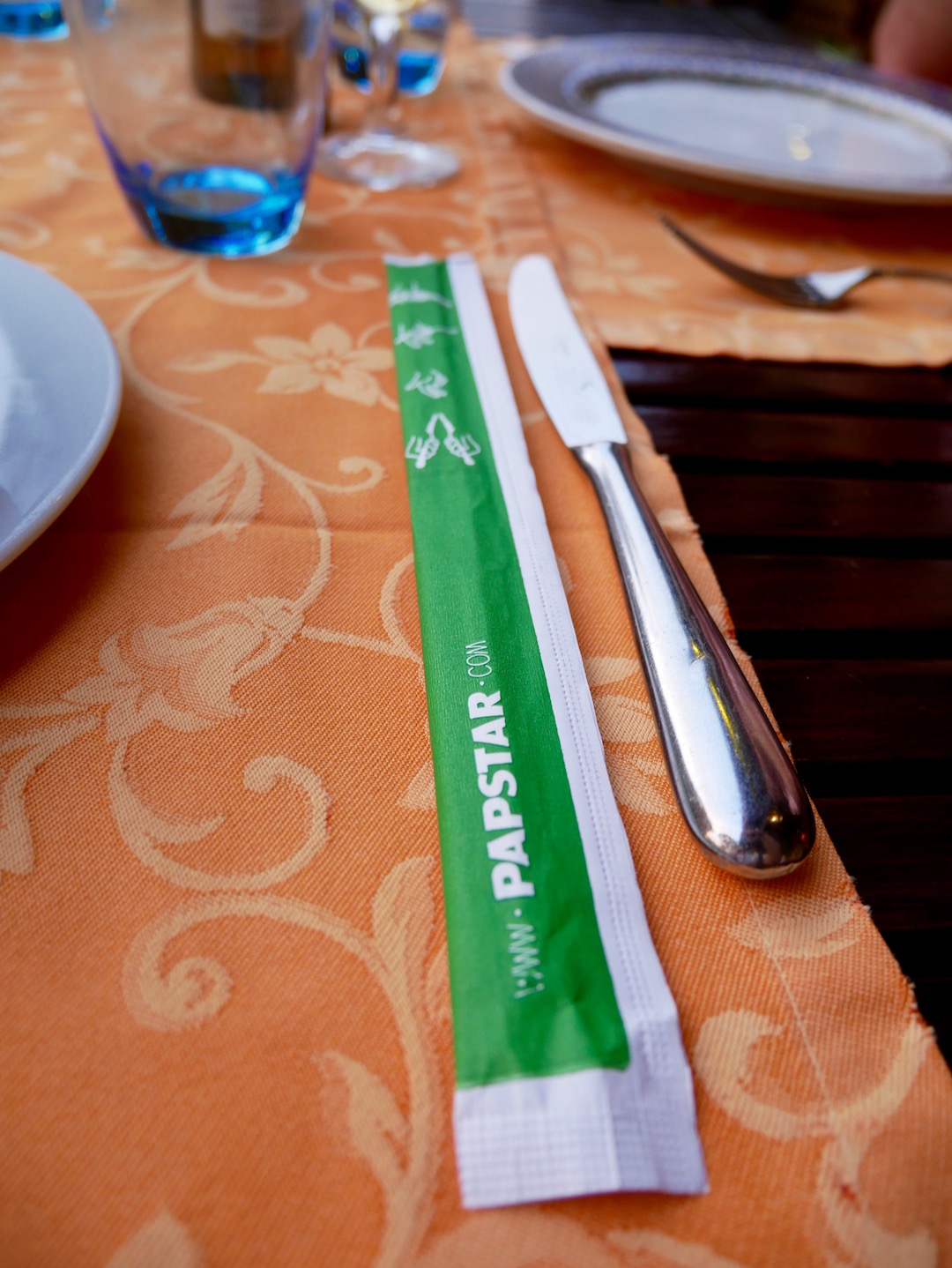 As the sun dipped lower in the sky, all the lights in the garden came on and it was picture perfect 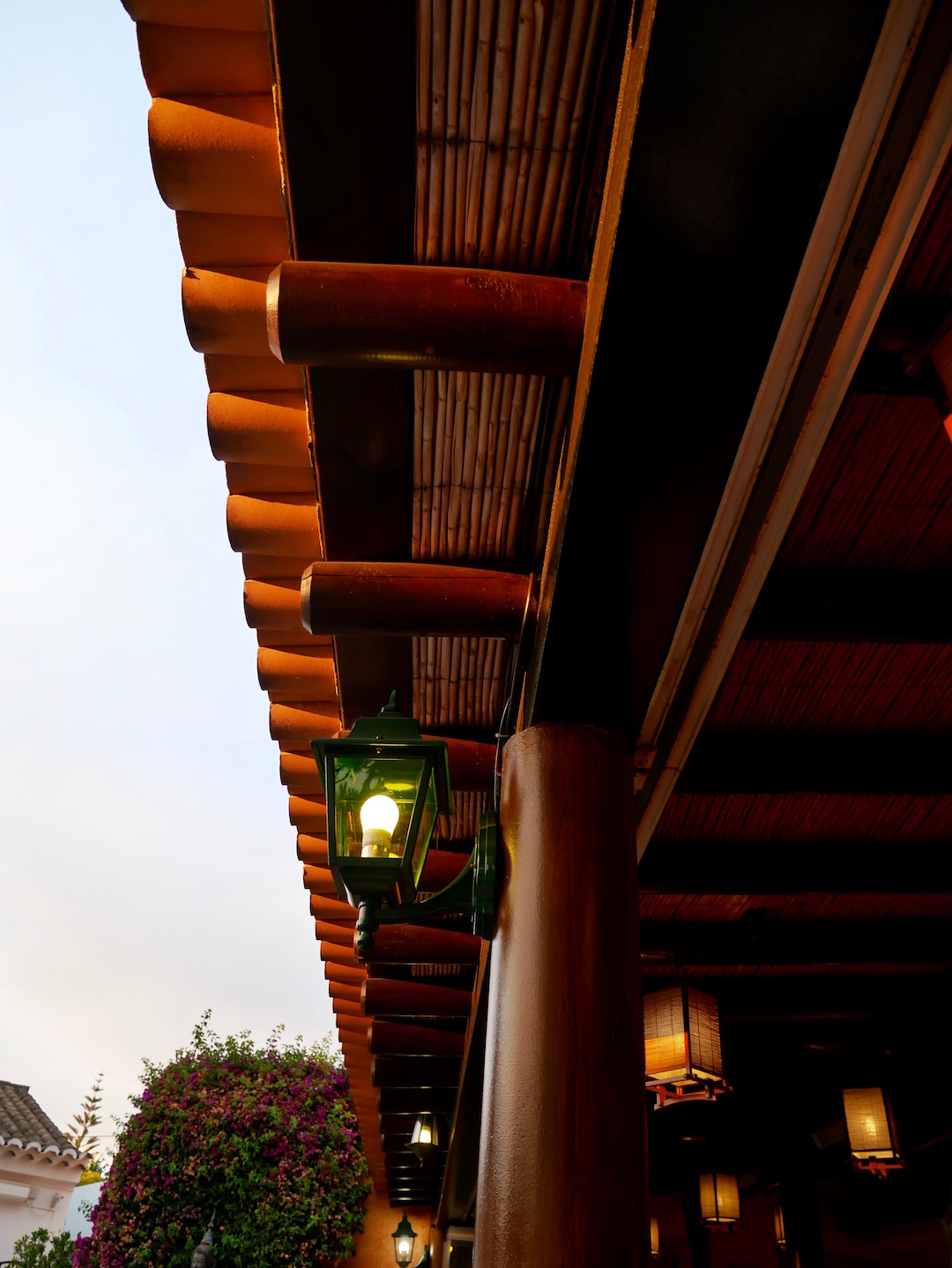 Our mains arrived, Himself had the Chicken Rice, which is pretty much exactly what it says on the tin, along with egg fried rice and some veg. I was concerned it wouldn’t be enough for him, but I needn’t have worried 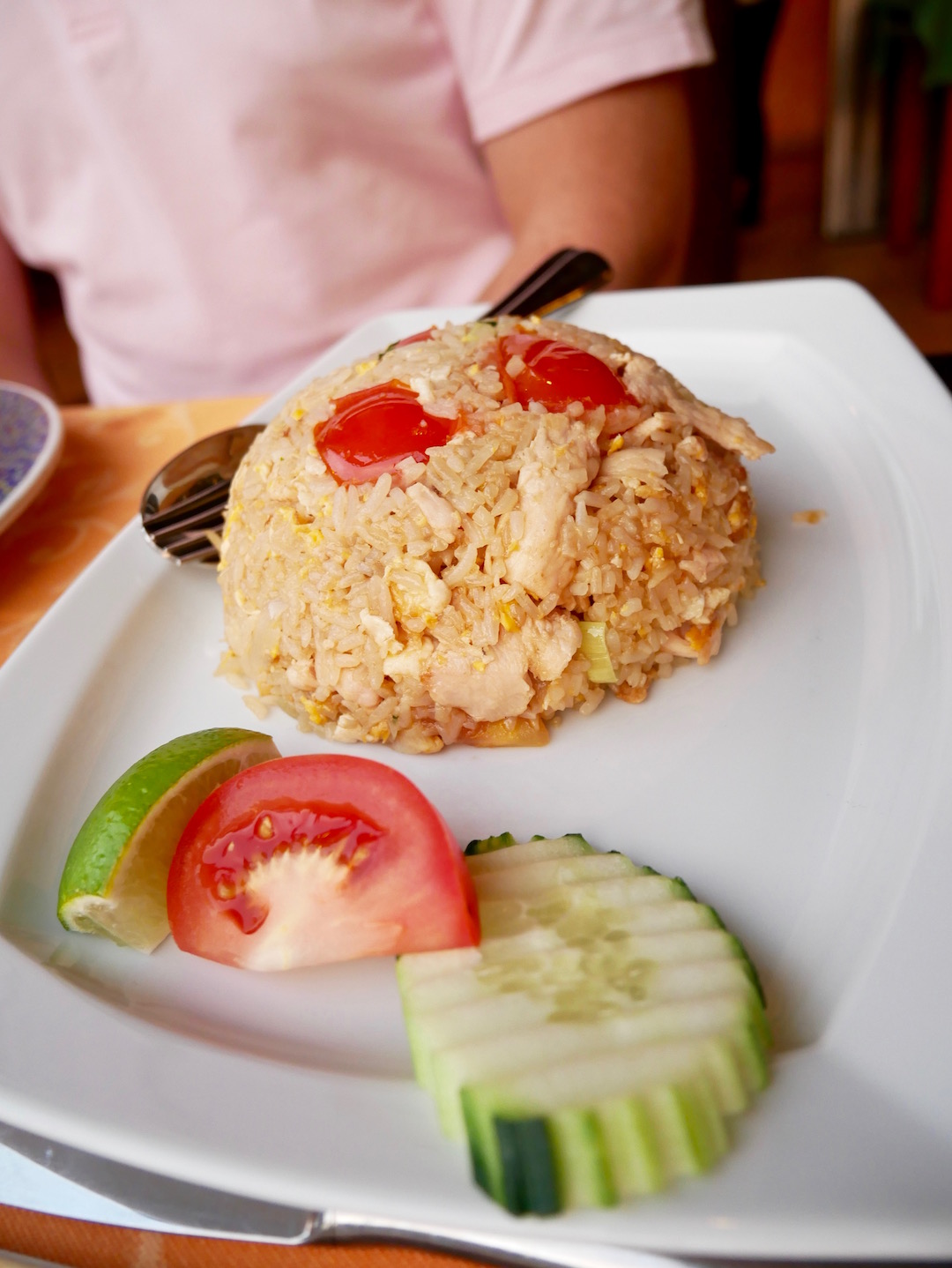 Because when mine and Mom’s arrived, both of us opting for the Green Curry, I knew there would be PLENTY extra on the go should Himself fancy a morsel or five 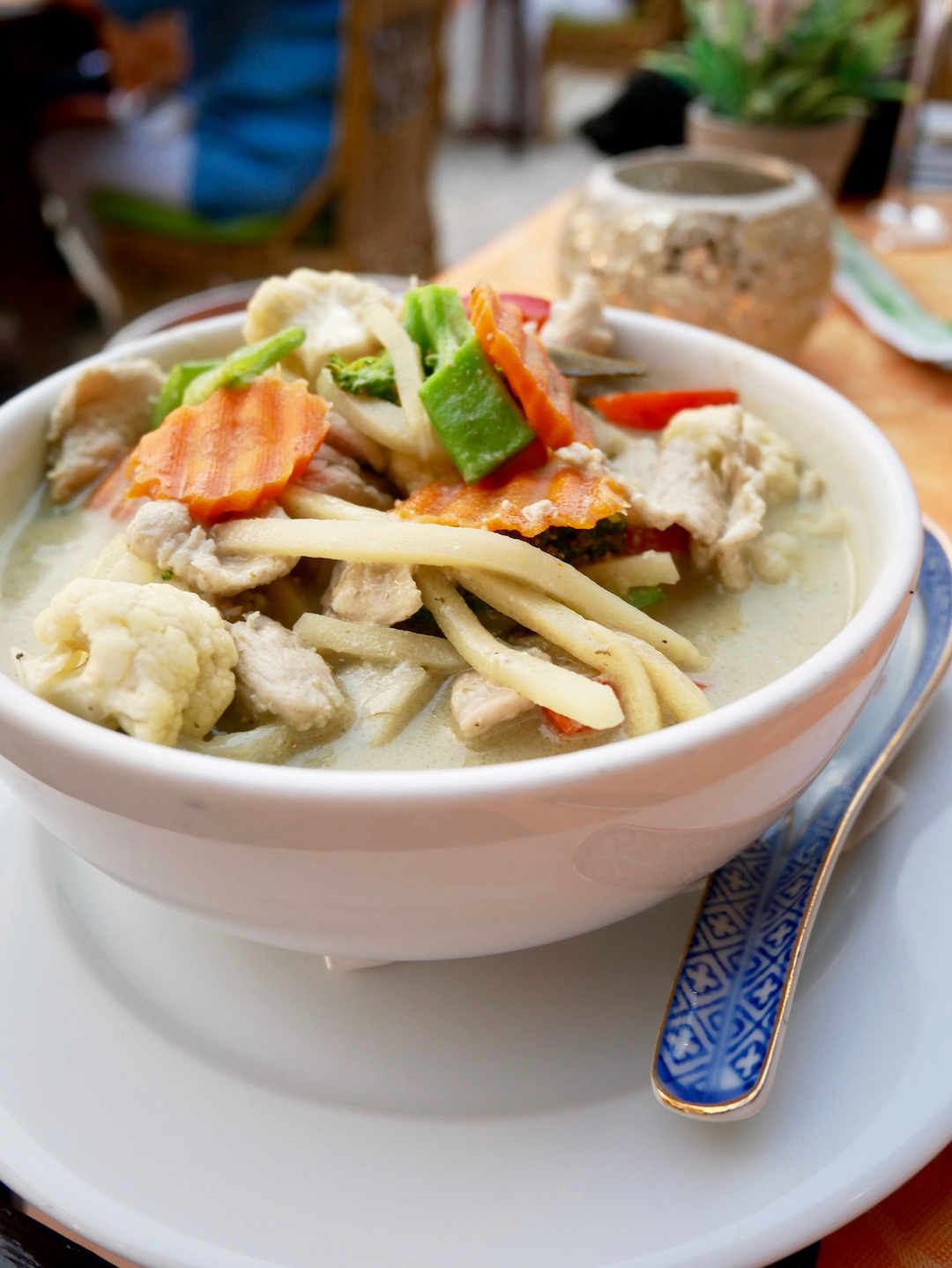 The curry was very tasty and I enjoyed it alot, the only thing I would have liked is if the sauce itself could have been a bit more substantial, rather than a broth, I’ve had various Thai Green Curries over the years and I know the sauce is normally thicker, perhaps this was why the portion size was so large, because the sauce was a lighter version so as not to fill you up too fast? Who knows, it was delicious none-the-less 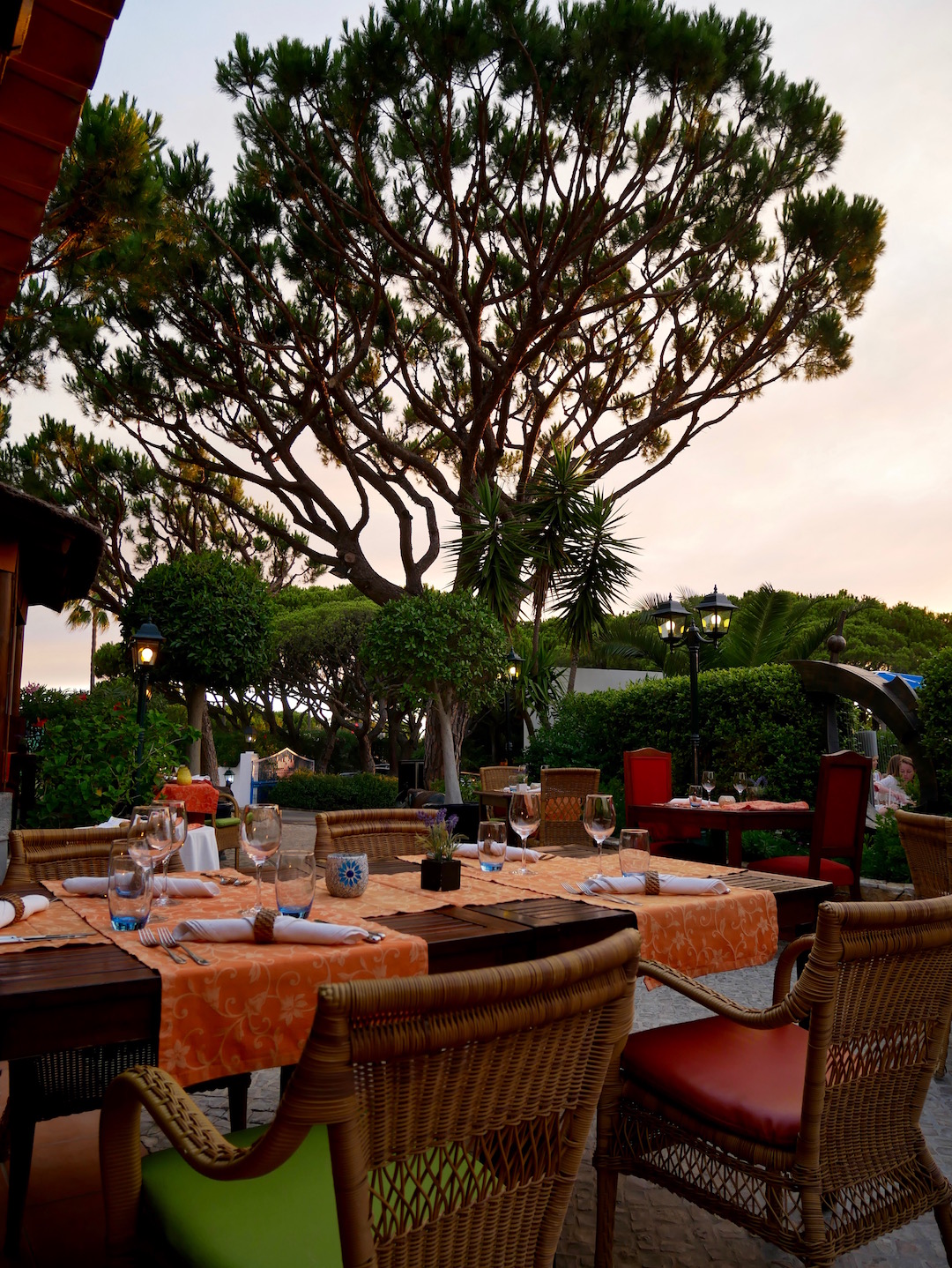 However, the ABSOLUTE pièce de résistance for me, the show-stealer, the take home message of the meal, was my dessert (hello Déjà vu). I ordered the “coconut ice cream in shell” and was expecting the run of the mill coconut ice cream in it’s shell that you seem to be able to get everywhere around the Algarve – how wrong I was Dear Reader! 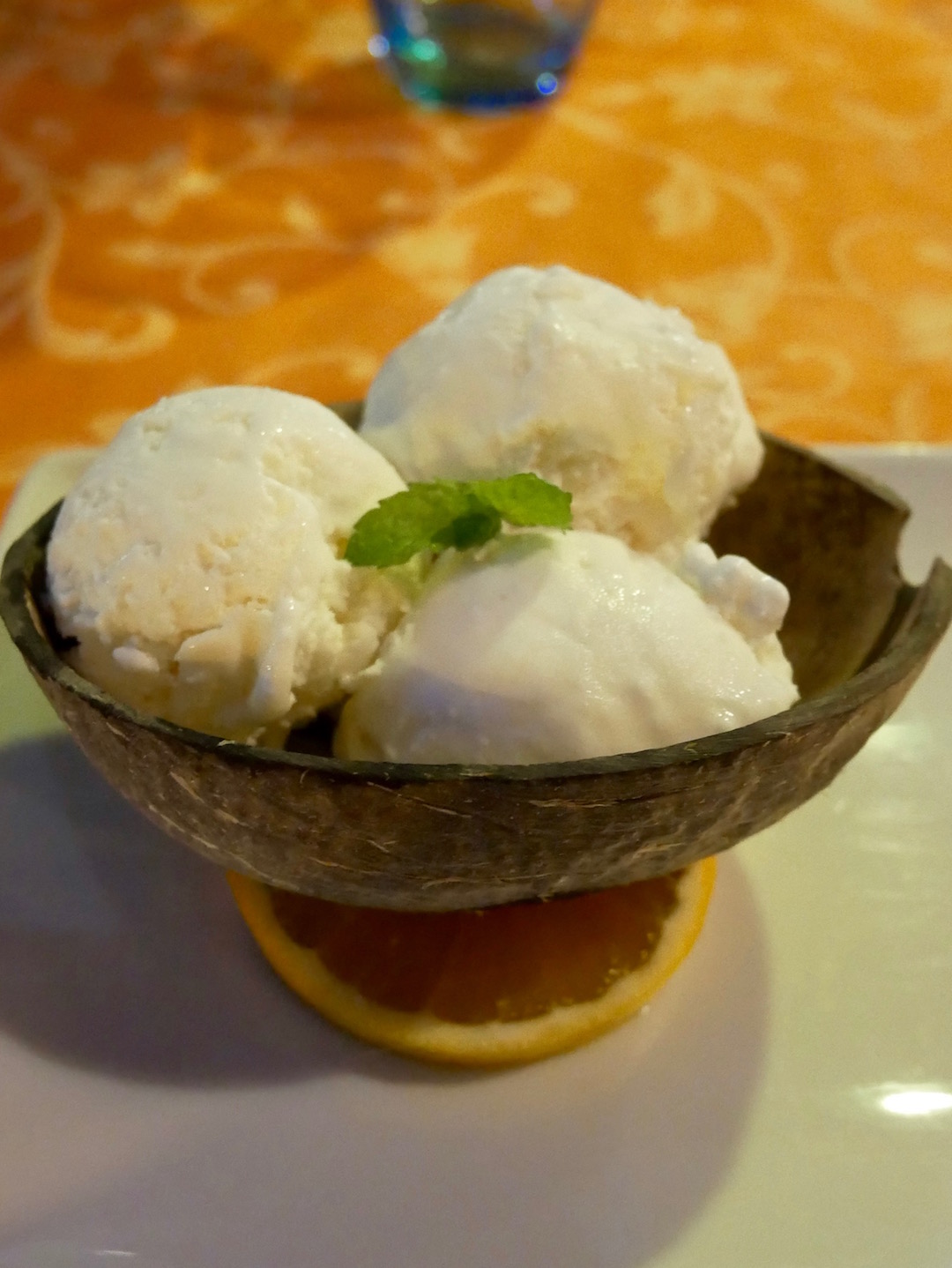 It was insanely good – exquisite in taste – but the real win was the texture, they had real grated coconut mixed throughout and it elevated this from a Basic Betty to a Marvellous Marilyn and I was HERE FOR IT! 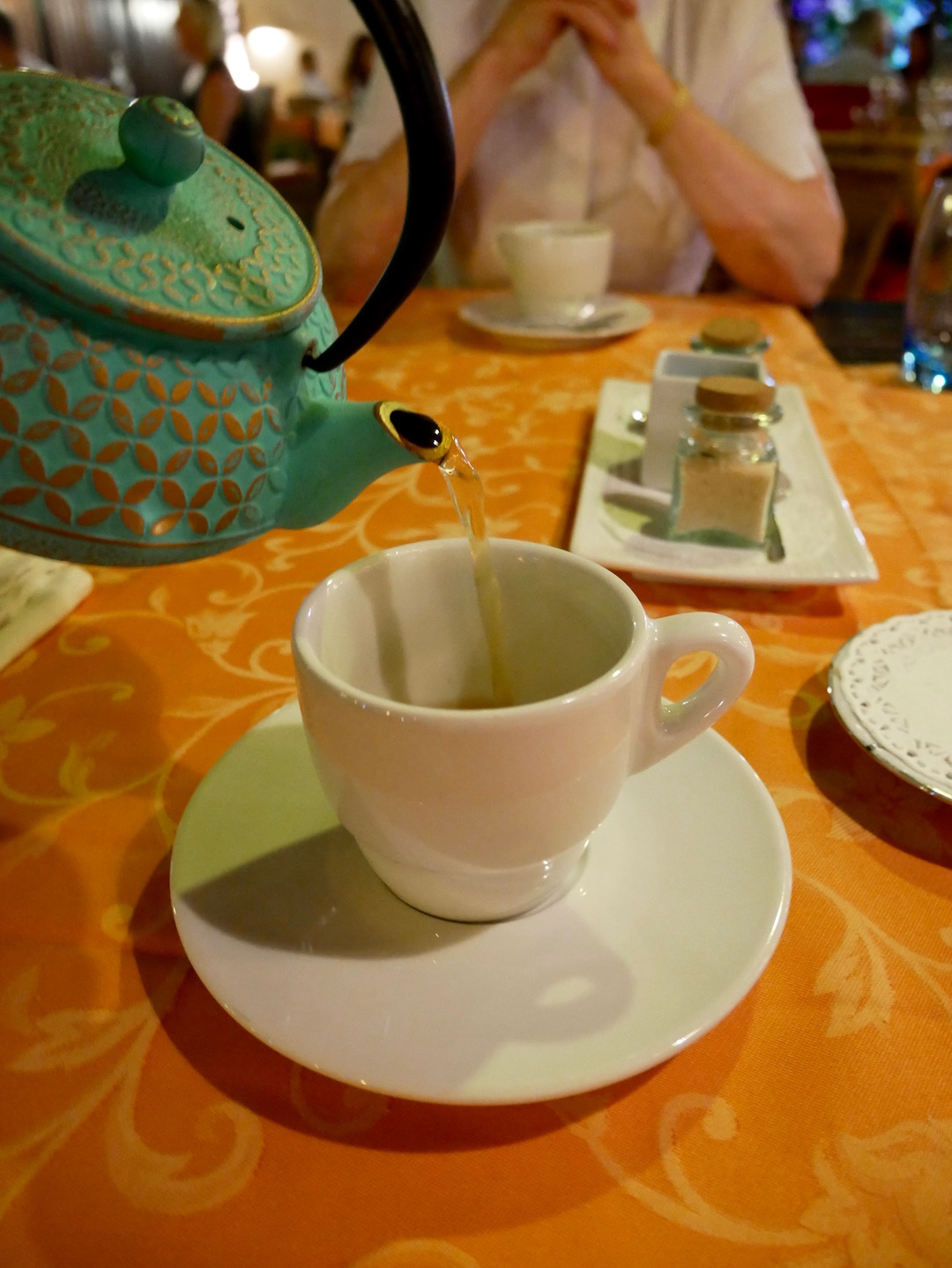 After dinner, we shared a pot of green tea – helps the digestion don’t you know! Then we hopped in a cab and zipped away to our villa for a nightcap. Find them here and do book if you fancy it – they were completely booked out the night we were there.