Two years after our Honeymoon and We. Were. BACK! 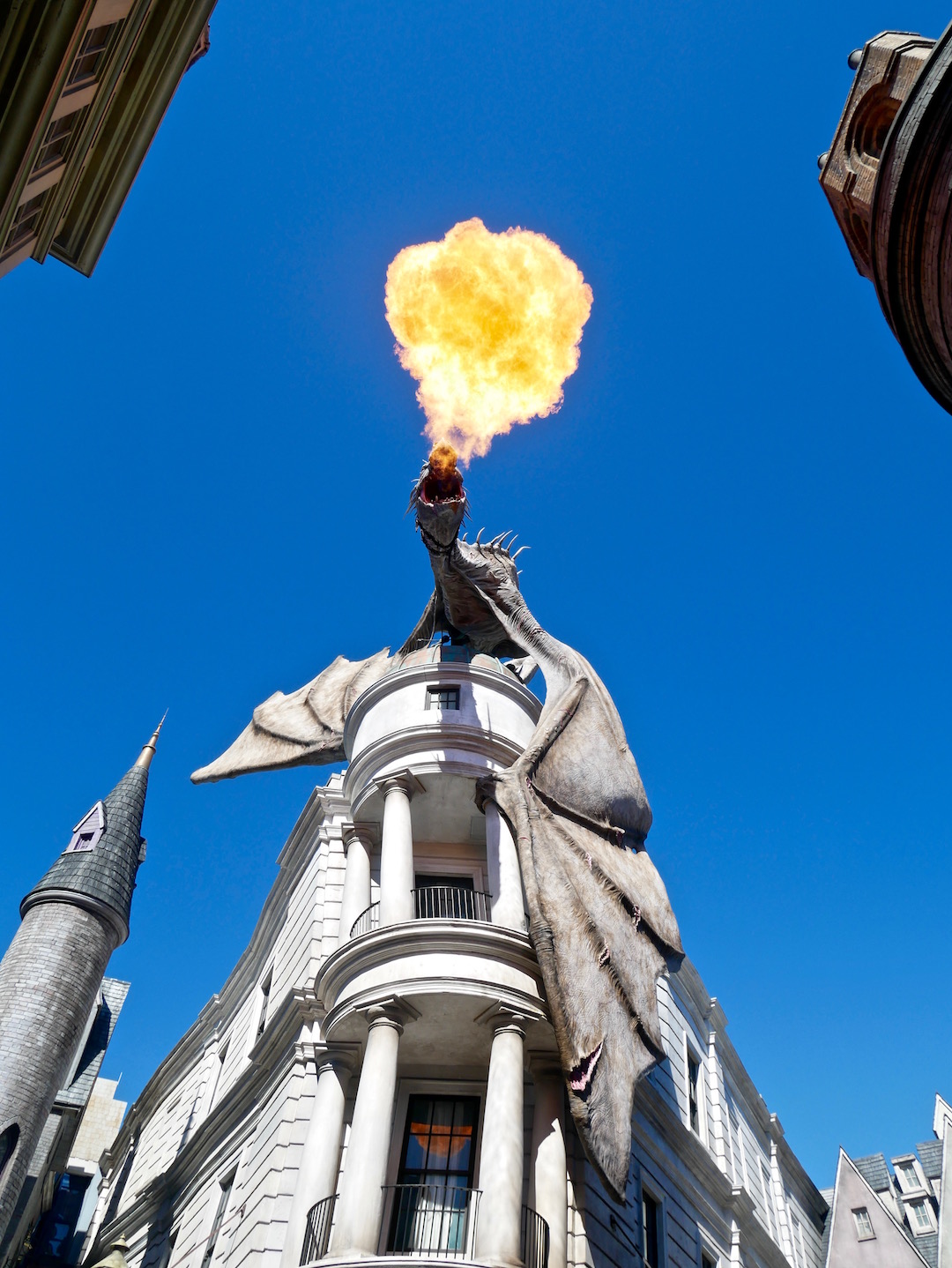 The great thing about a Harry Potter World revisit, is you know exactly what you want to spend your time on. We went to both Hogsmeade and Diagon Alley, did the rides obviously, but to be honest, this time around, we spent more time enjoying the atmosphere, spell spots, shops and restaurants. Upon arrival we had a much longer look around the Knight Bus, had a chat with Dre Head and Stan (the Knight Bus conductor) 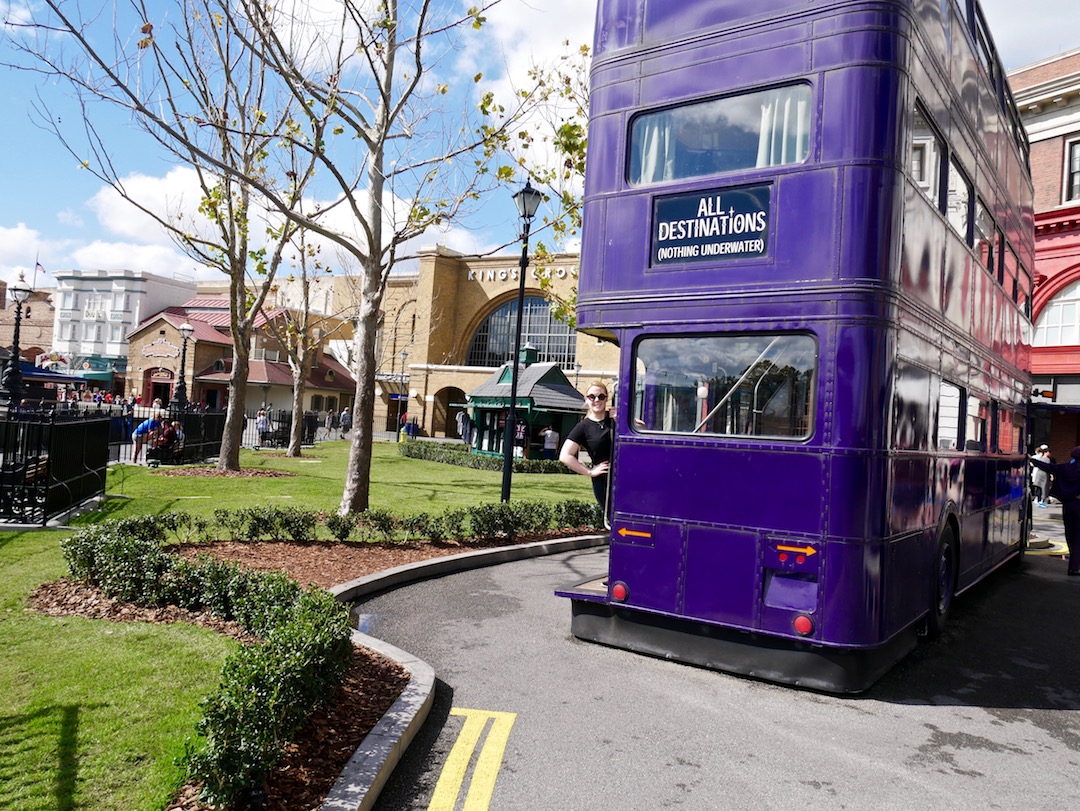 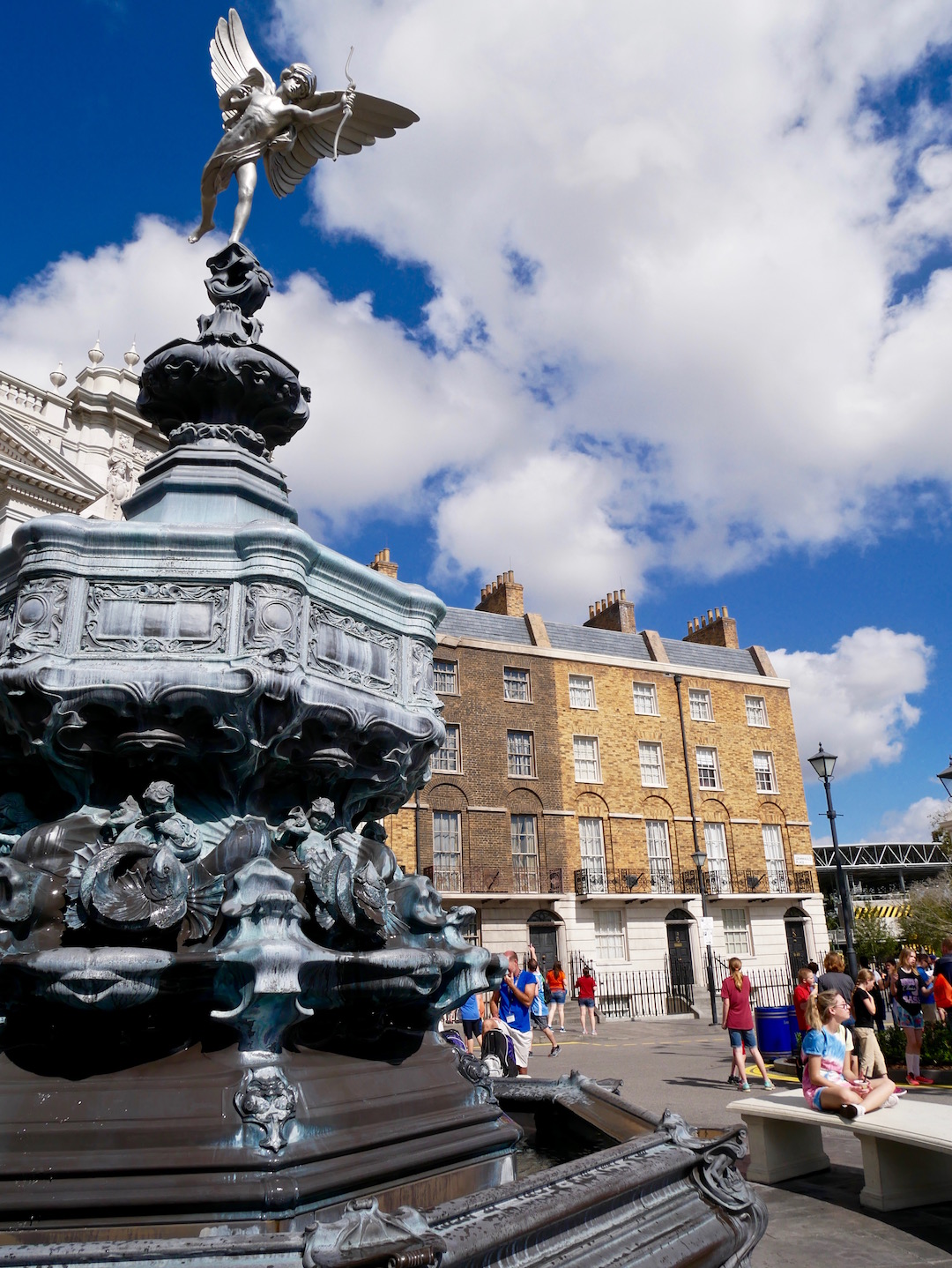 and even managed to spot Kreacher (watch out for him, he pops out from behind a curtain every couple of mins, worth the wait as we missed him last time!!) 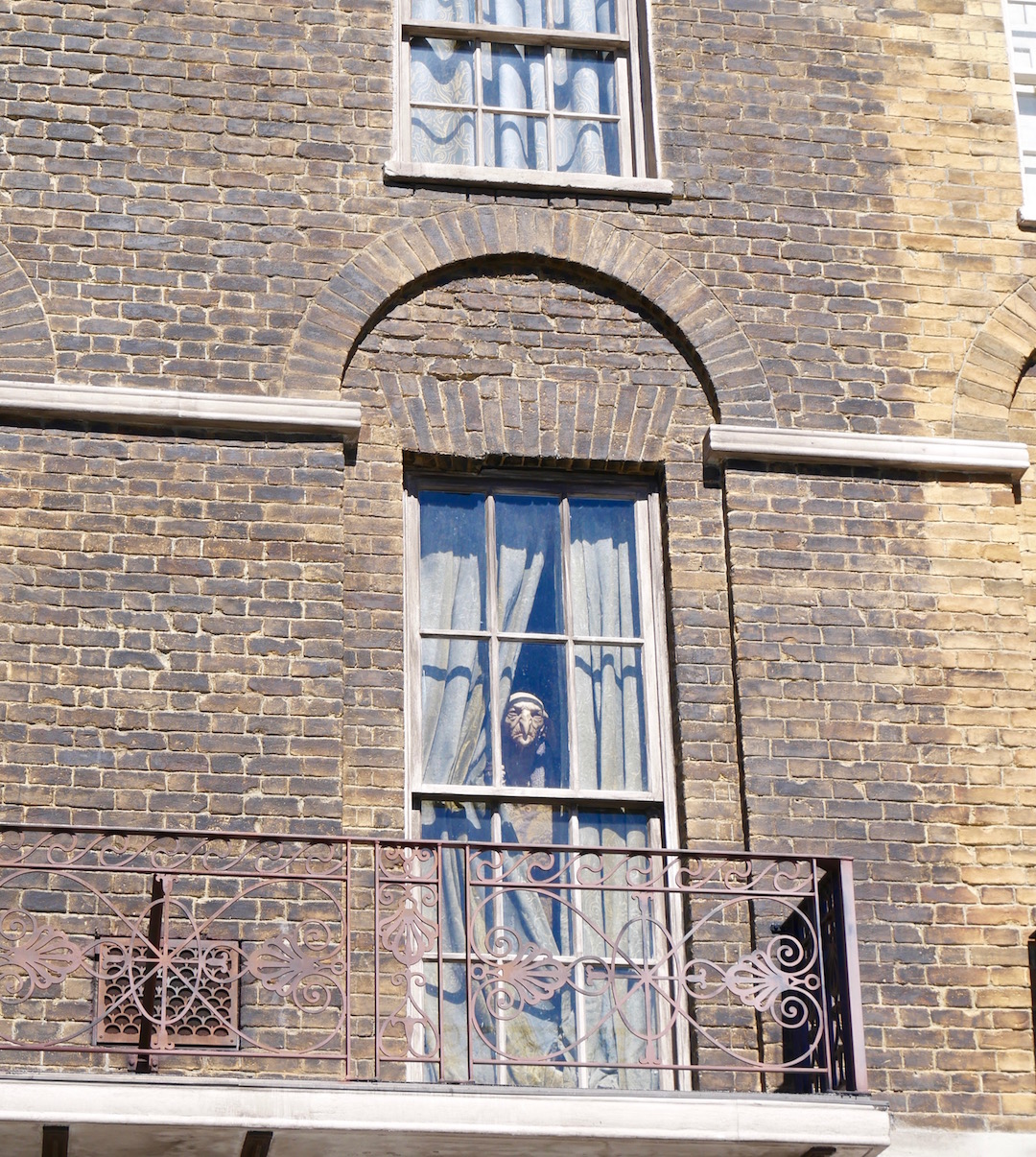 The weather was incredibly good while we were there – too good for my pale Irish skin sometimes! So I was only delighted as we stepped through to Diagon Alley (the structures are tilted inwards so as not to ruin the illusion of being able to see other worlds, as this causes the sun to get blocked out a little, this makes Diagon Alley one of the coolest areas in Universal Studios) 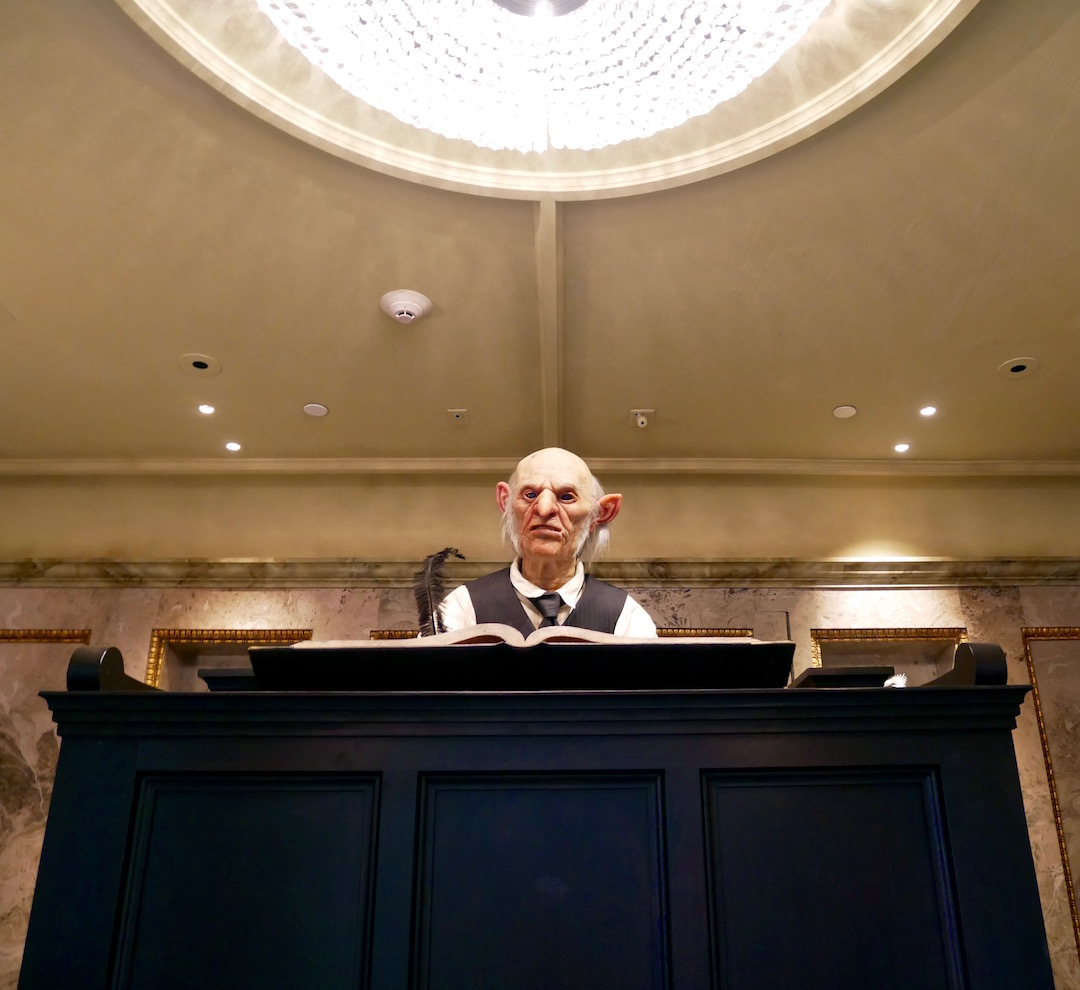 We popped into Gringotts where we could exchange our Muggle money for Wizard money (can be used throughout the whole of Universal Studios) and then we set off to spend it! 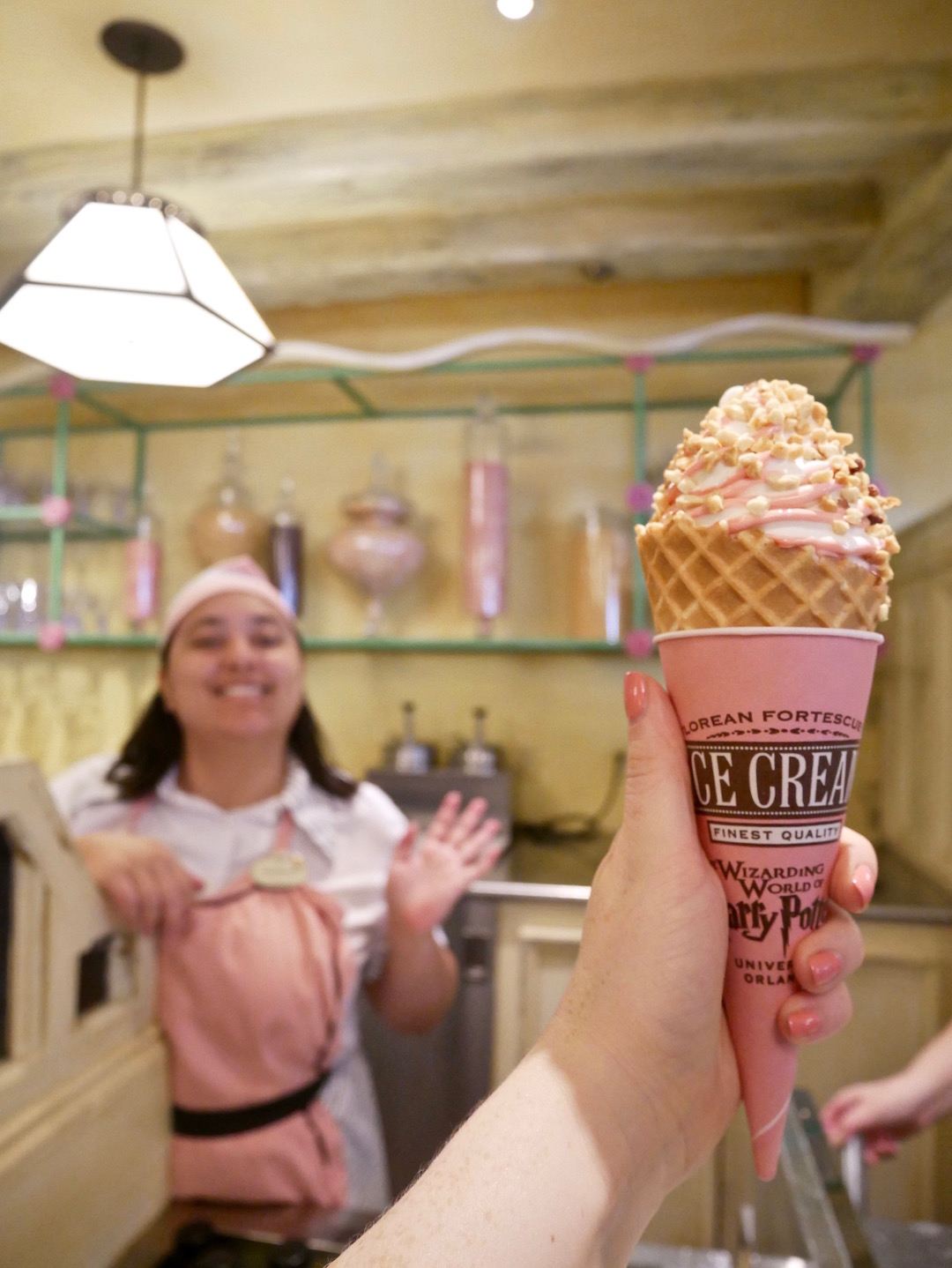 We purchased two enormous ice creams from Florian Fortescu’s and whilst enjoying some of THE best ice cream either of us have ever had (which looked like it had stepped right out of the pages of JK’s books and into our hands), we were treated to a stellar performance by Celestina Warbeck and The Banshee’s. 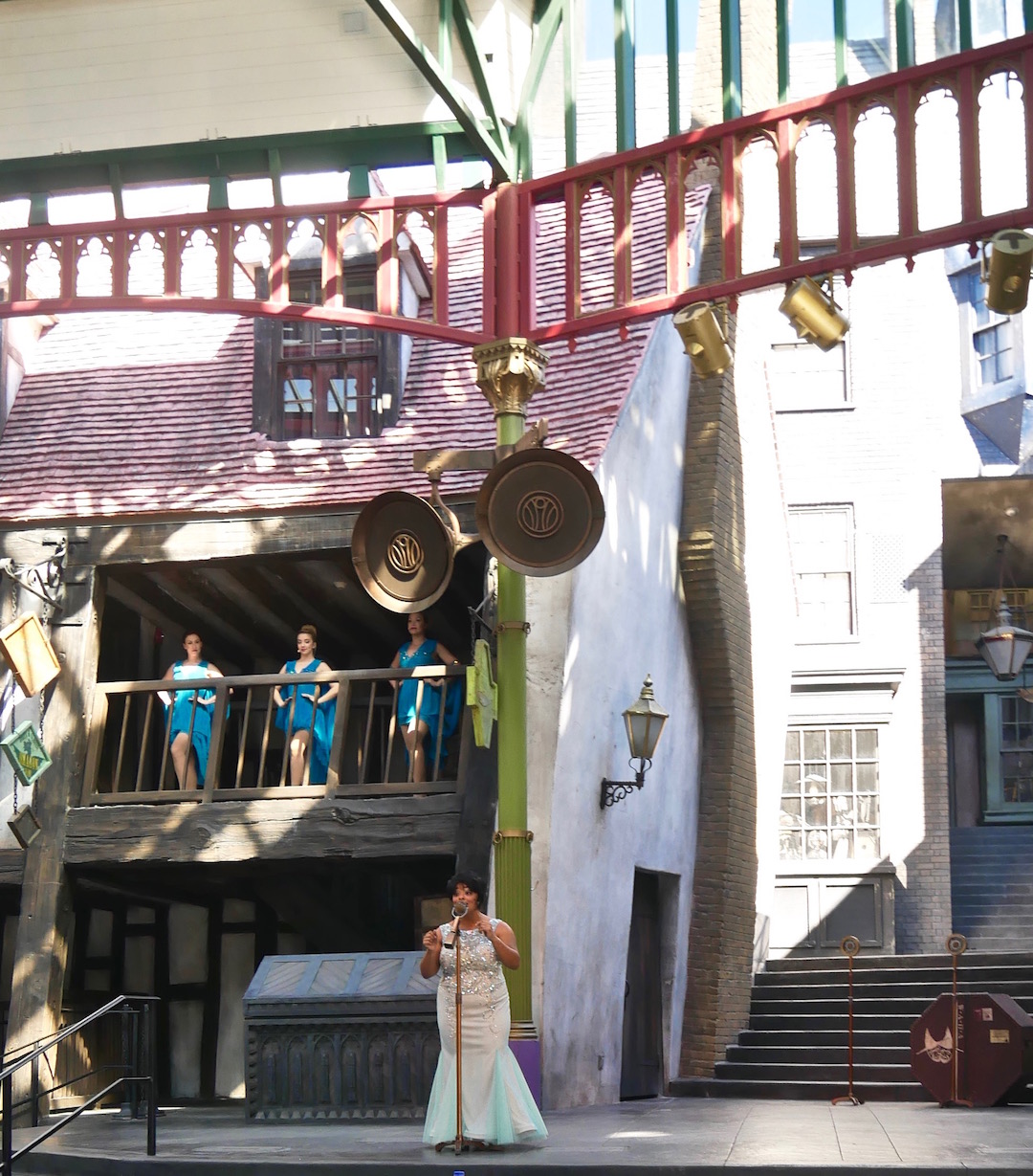 After a cracking set and not a morsel left of our lip-smackingly-good ice-cream cones, we ventured into some of the stores including Olivanders – where we witnessed a wand choosing ceremony (not to be missed!) 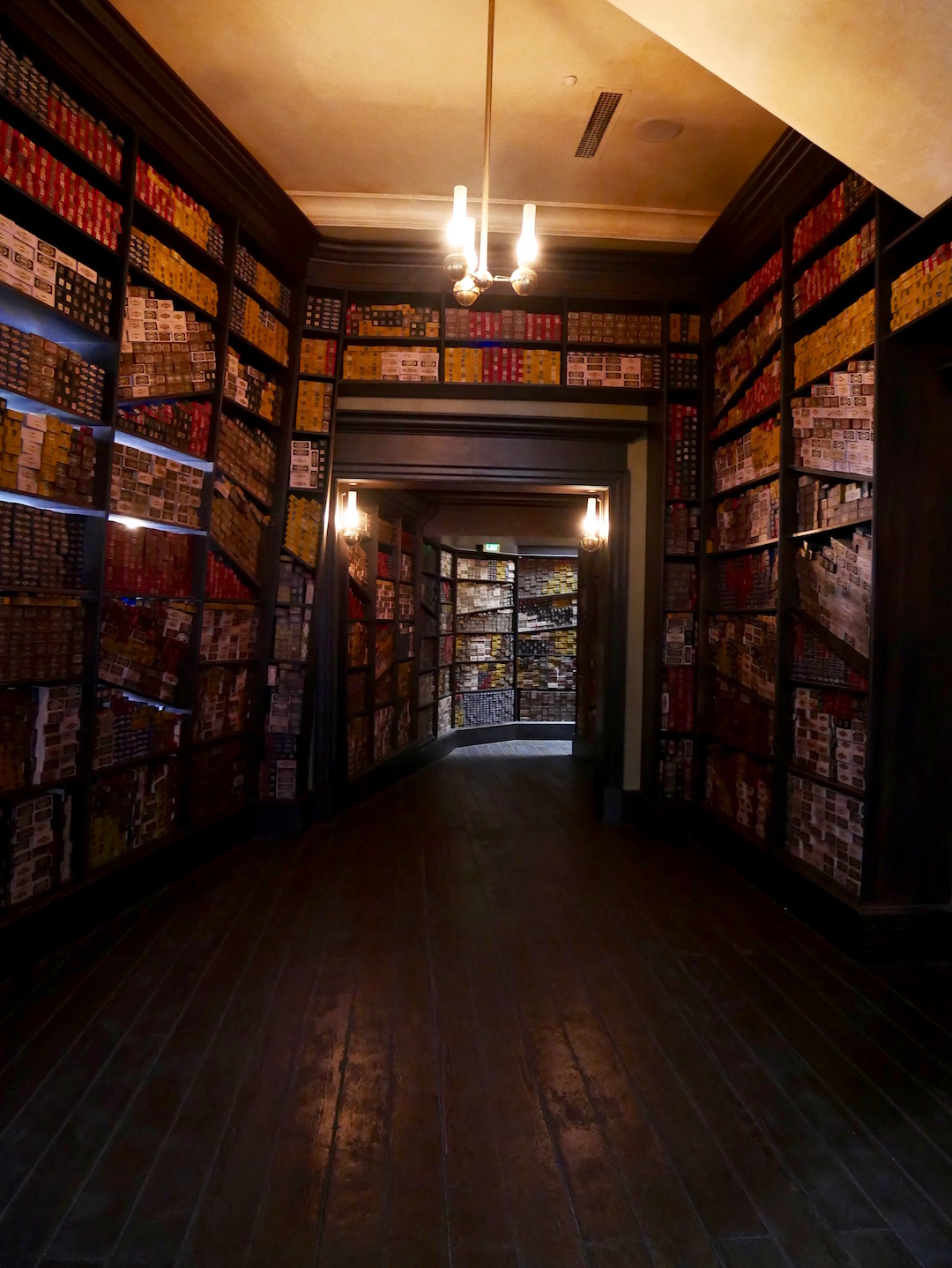 and Weasley’s Wizarding Wheezes, where Himself tried to seduce me all over again with a love potion – the nerve! 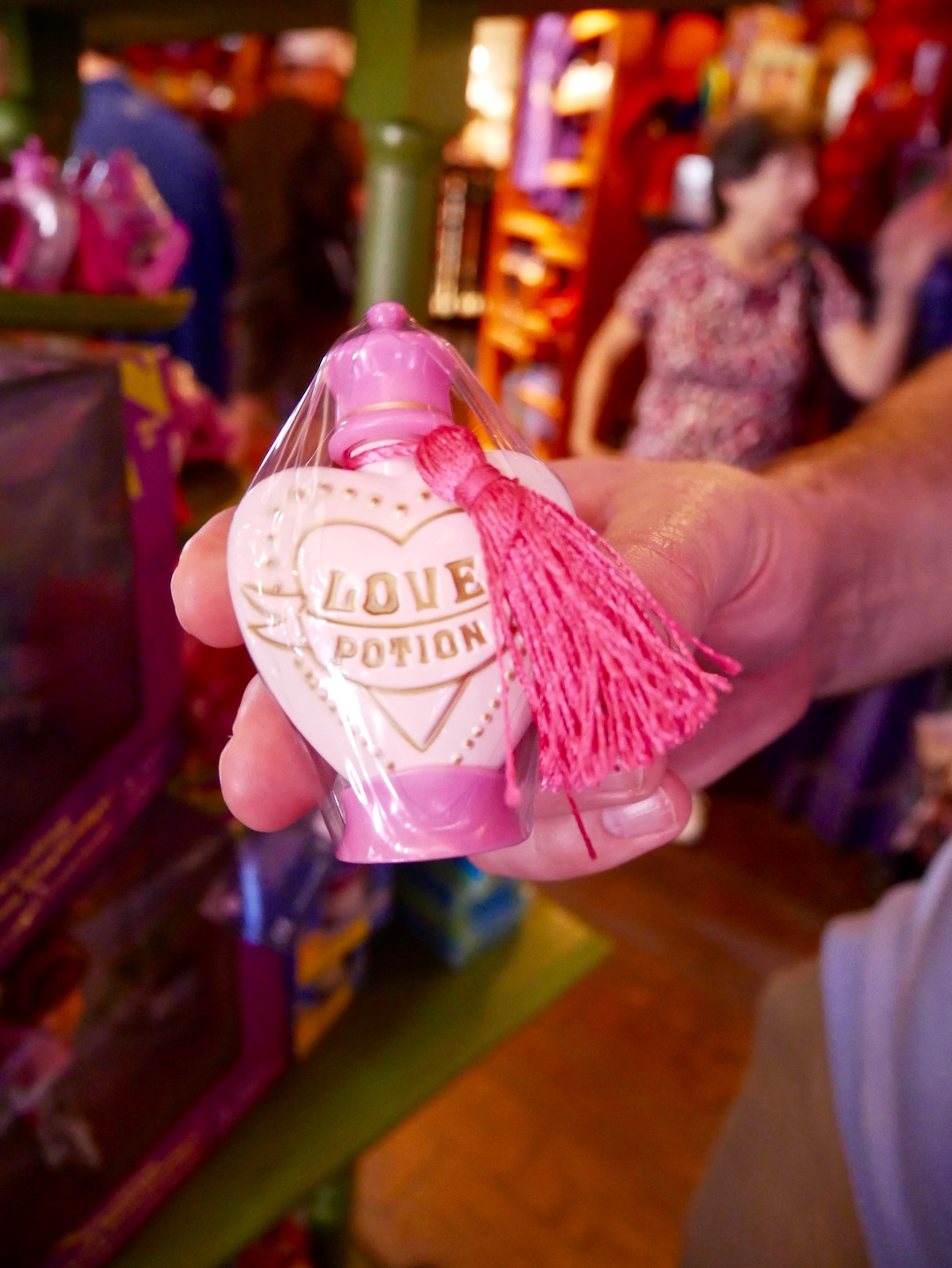 We also ventured down Knockturn Alley, visited Madame Malkins Robes For All Occasions (make sure you stand infront of the mirror!) as well as loads of the other shops along the street before saying adios to John (the Dragon…yes I did just make that up) 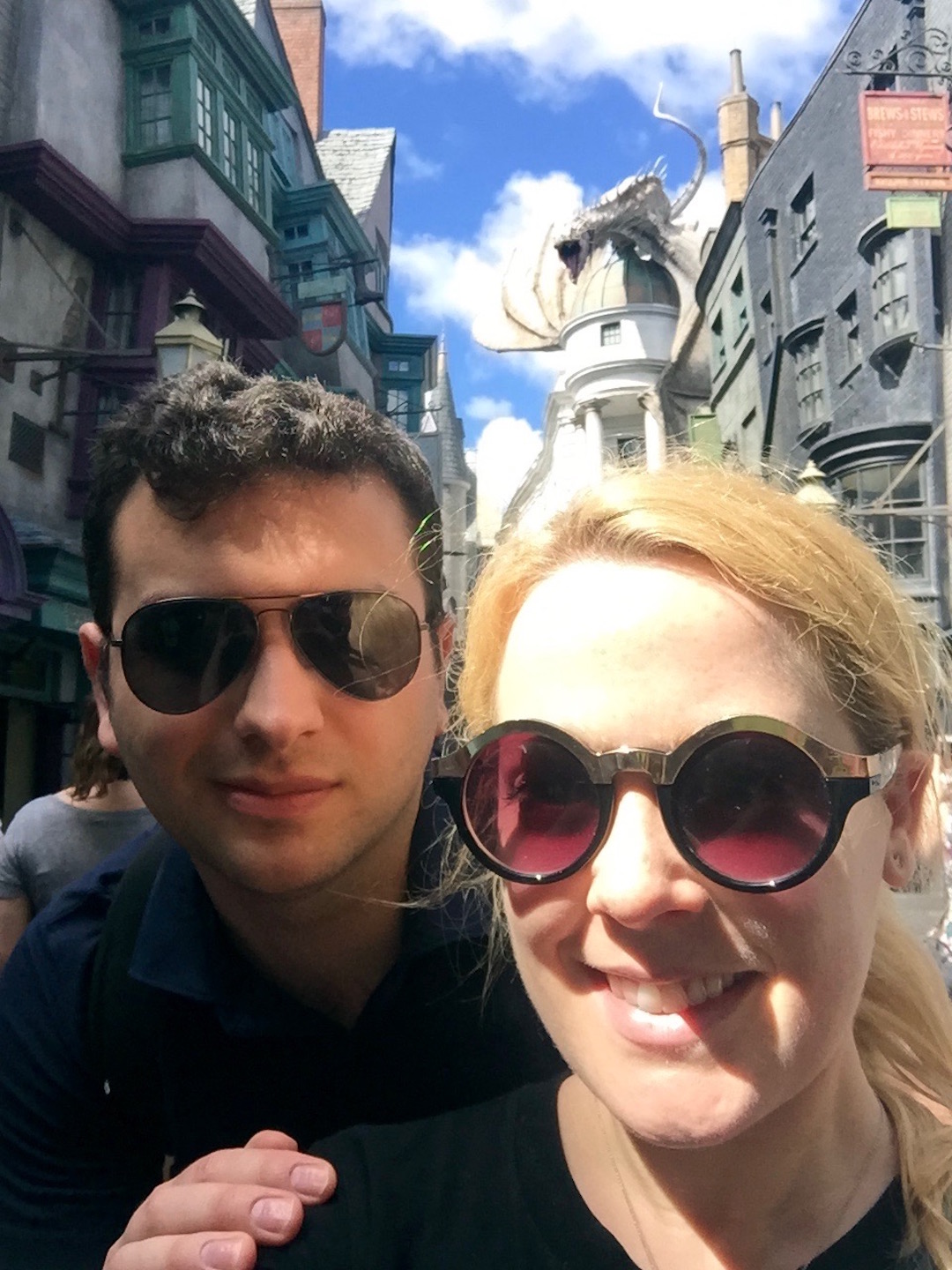 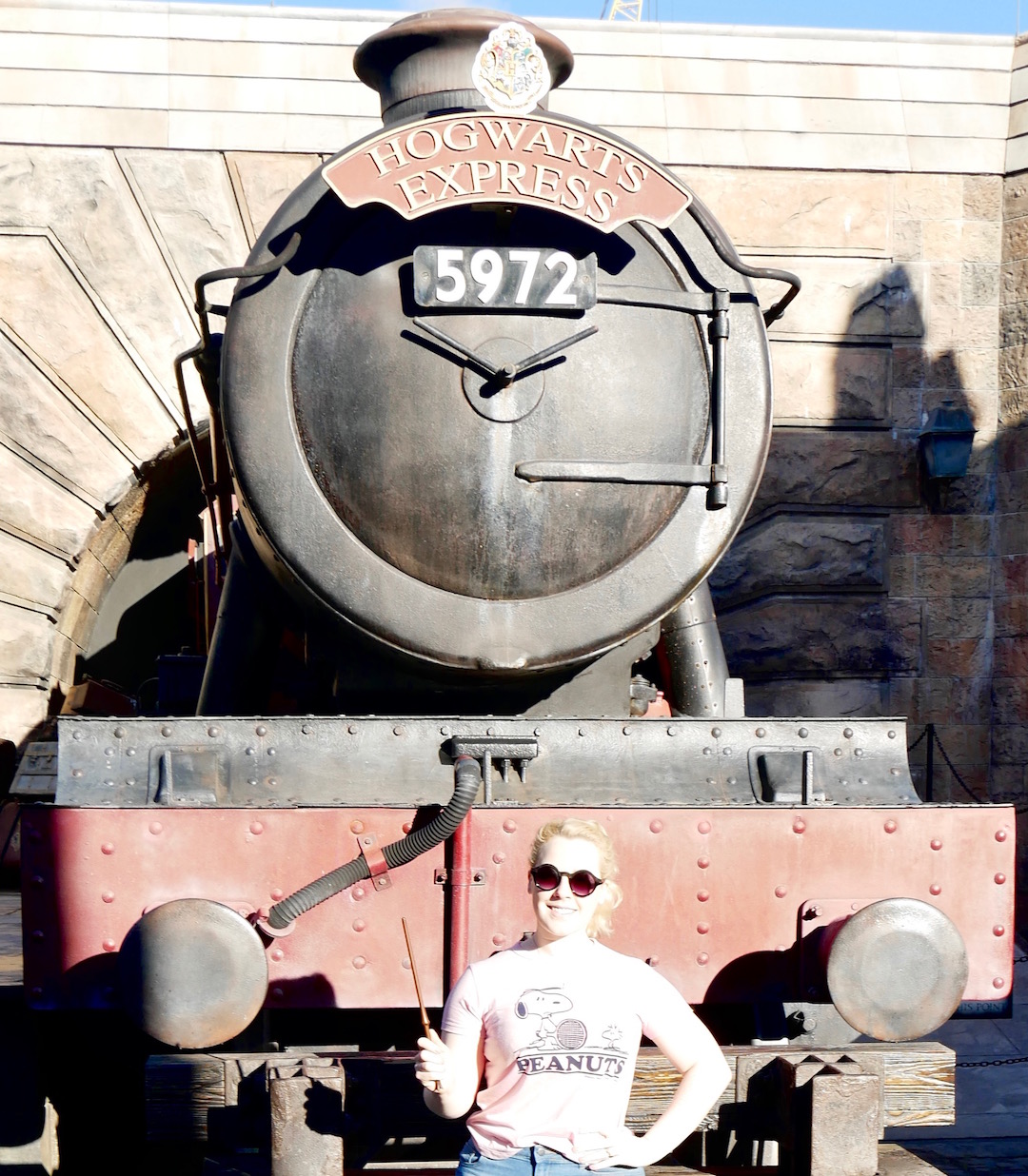 Once in Hogsmeade, The Hogwarts Castle ride is what you want to tick off the list pretty early – which is utterly fantastic!! 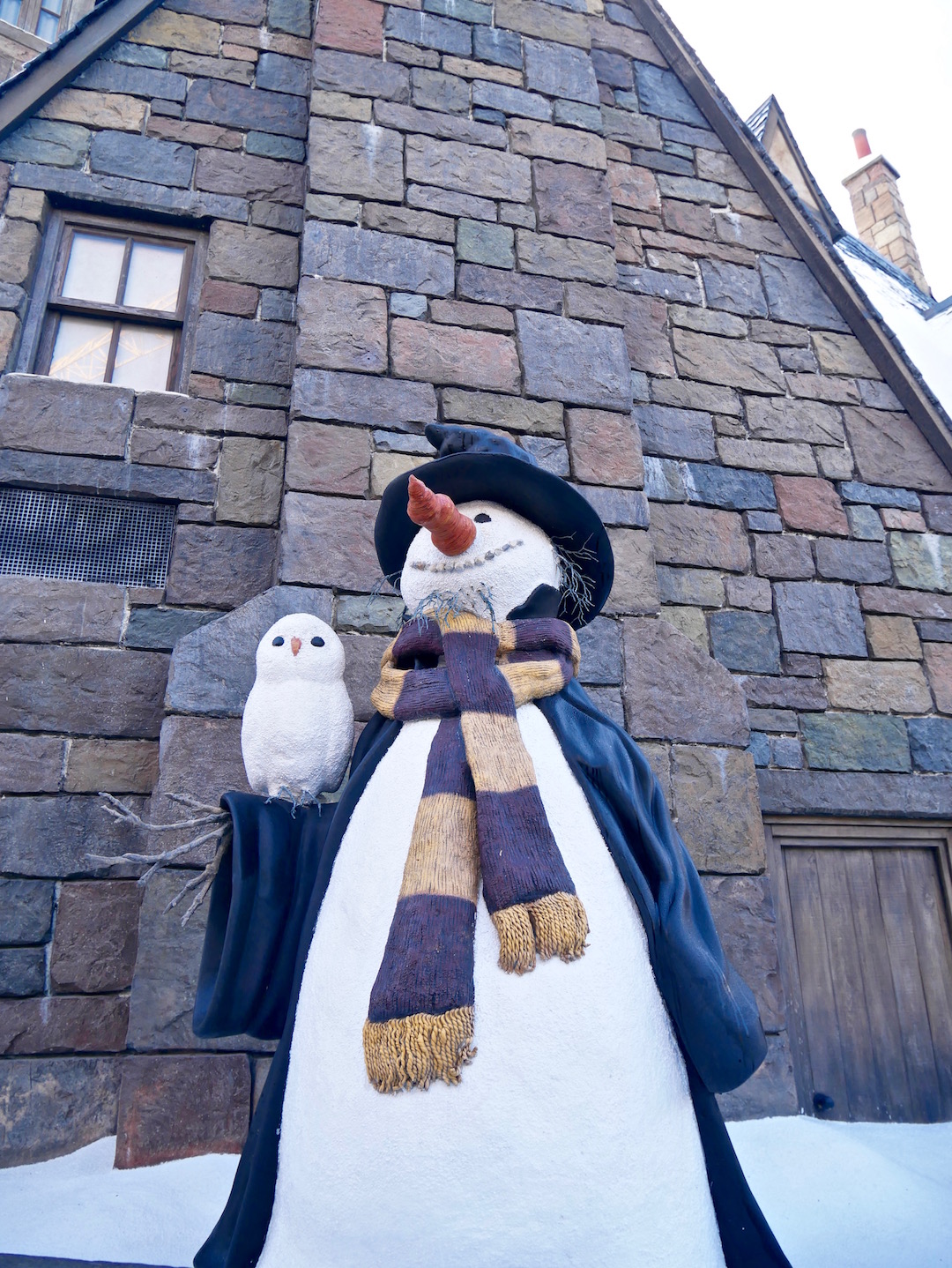 afterwards, we did Flight Of The Hippogriff which is always a bit of fun – then the Hogs Head was calling! 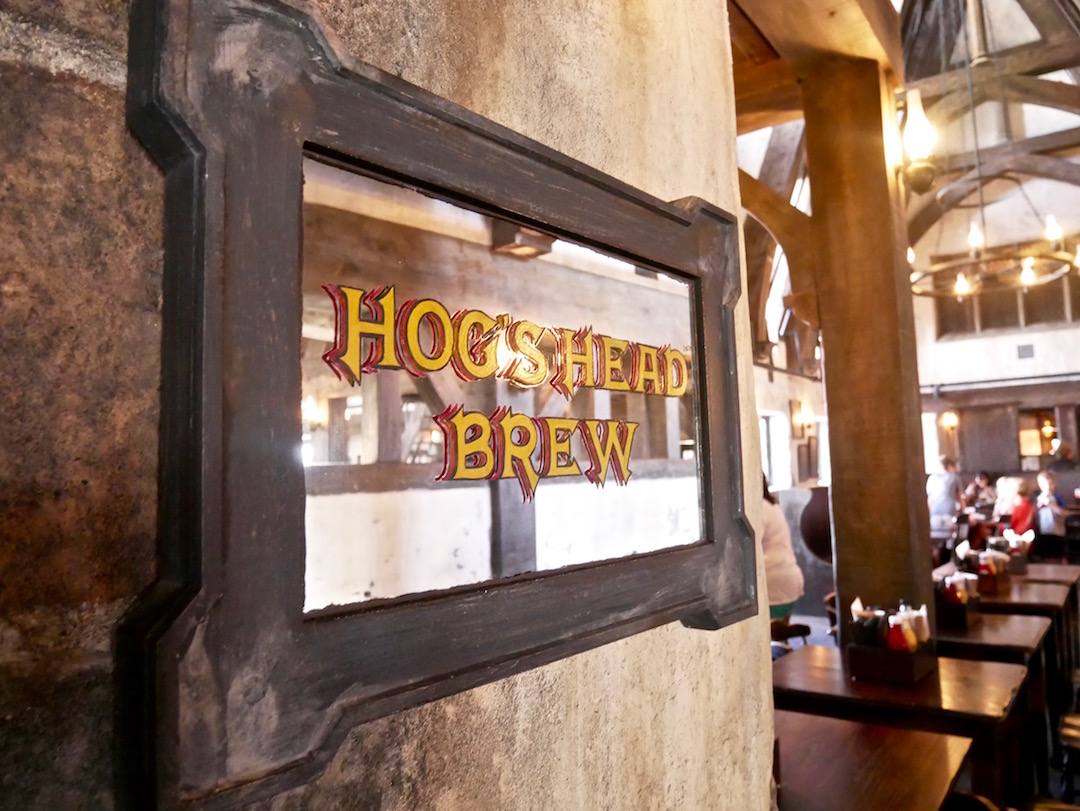 so we grabbed ourselves a table and a couple of famous drinks (Butterbeer – so tasty – I recommend the chilled version over the frozen) and we rested our tired tootsies for a bit. 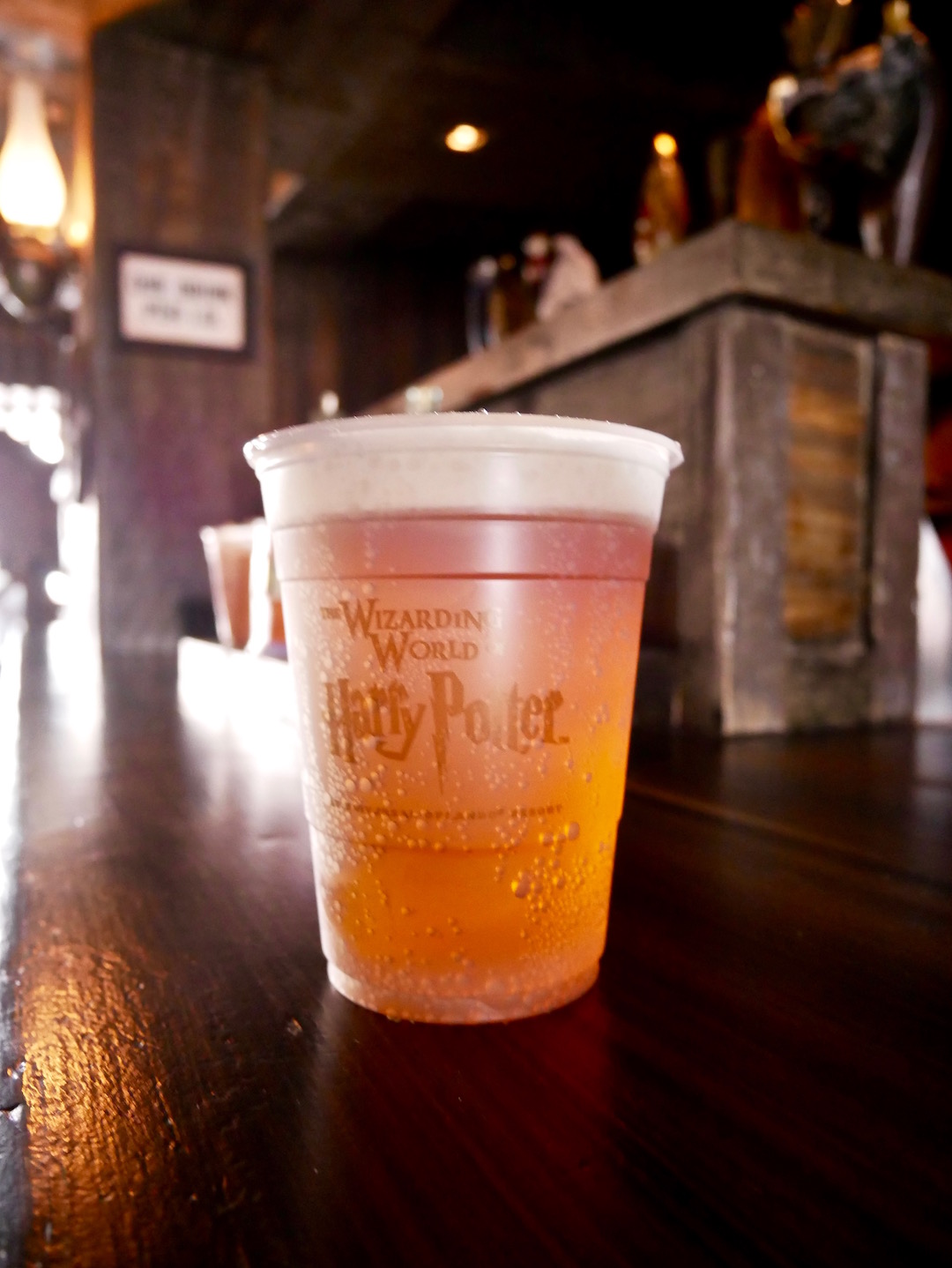 After awhile and with a roar from our tummies, we moved ourselves on over to The Three Broomsticks (FYI they are connected – so handy!) 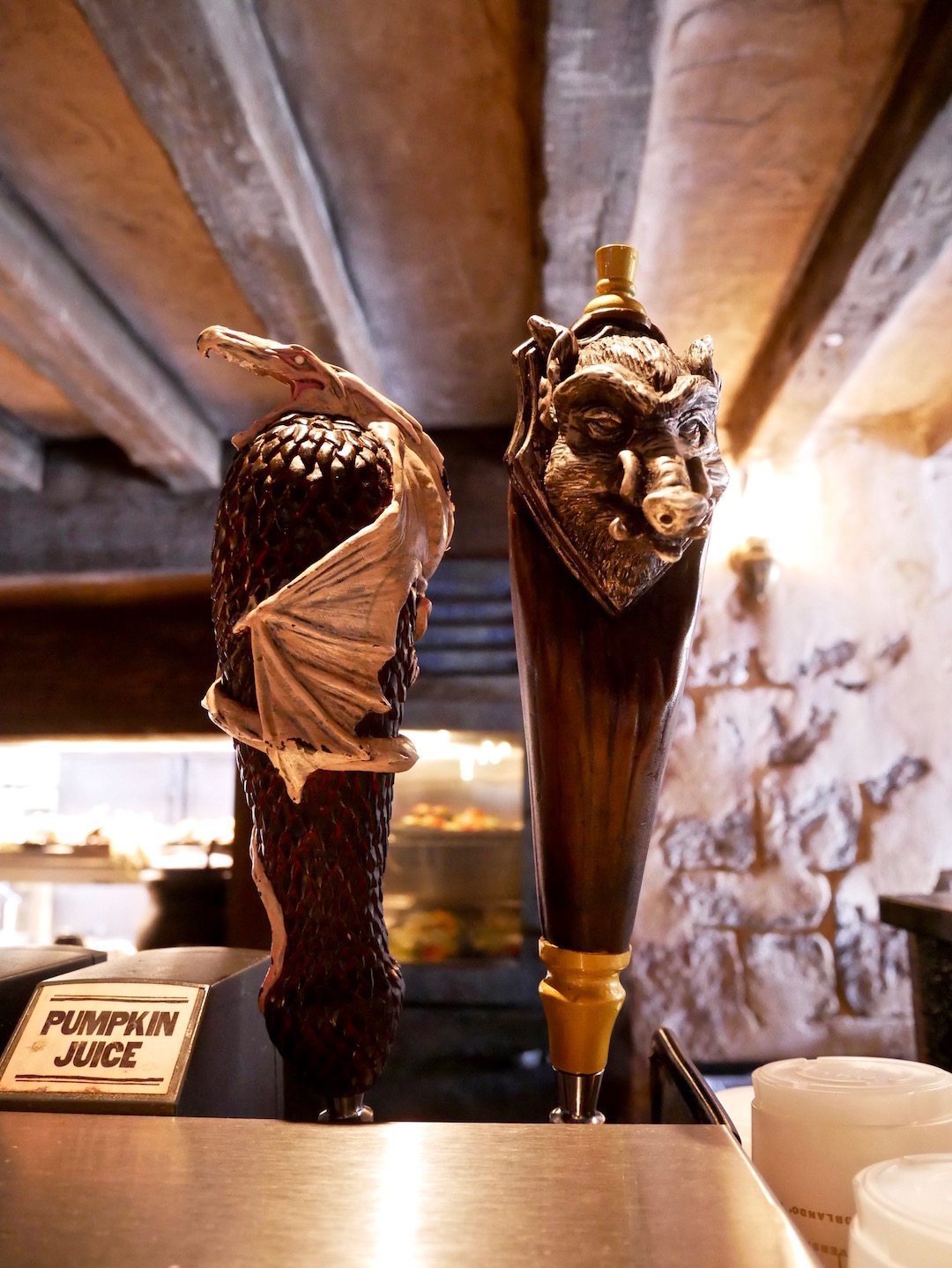 where we queued for a loonnng time to get food. However I must say, we were so impressed with the queue service, they have that system down pat! The food is actually delicious too, some of the best we tried in Universal. Once the sun set, we said left The Three Broomsticks 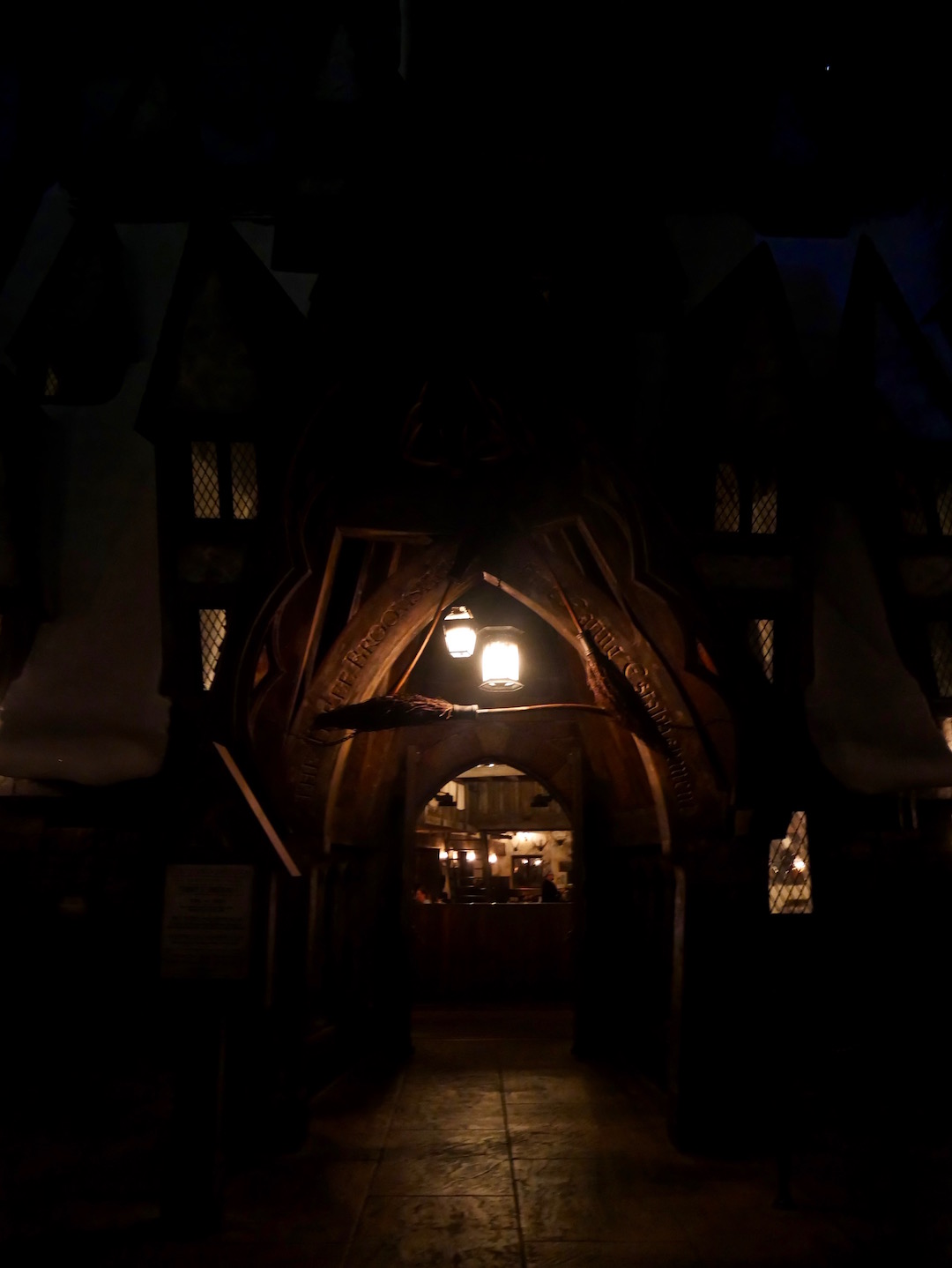 and ended up being some of the first to watch the lights display on the castle that evening, which is well worth a watch – and for what it’s worth – you’re practically guaranteed a great view (especially if you stand on the bridge where we were – to the left as you walk towards the castle) because it replays every 15mins, so even if you miss it, just hang around, it’ll be on again soon – a way better situation than over at Disney, where you have to start queuing ages in advance to get a good view 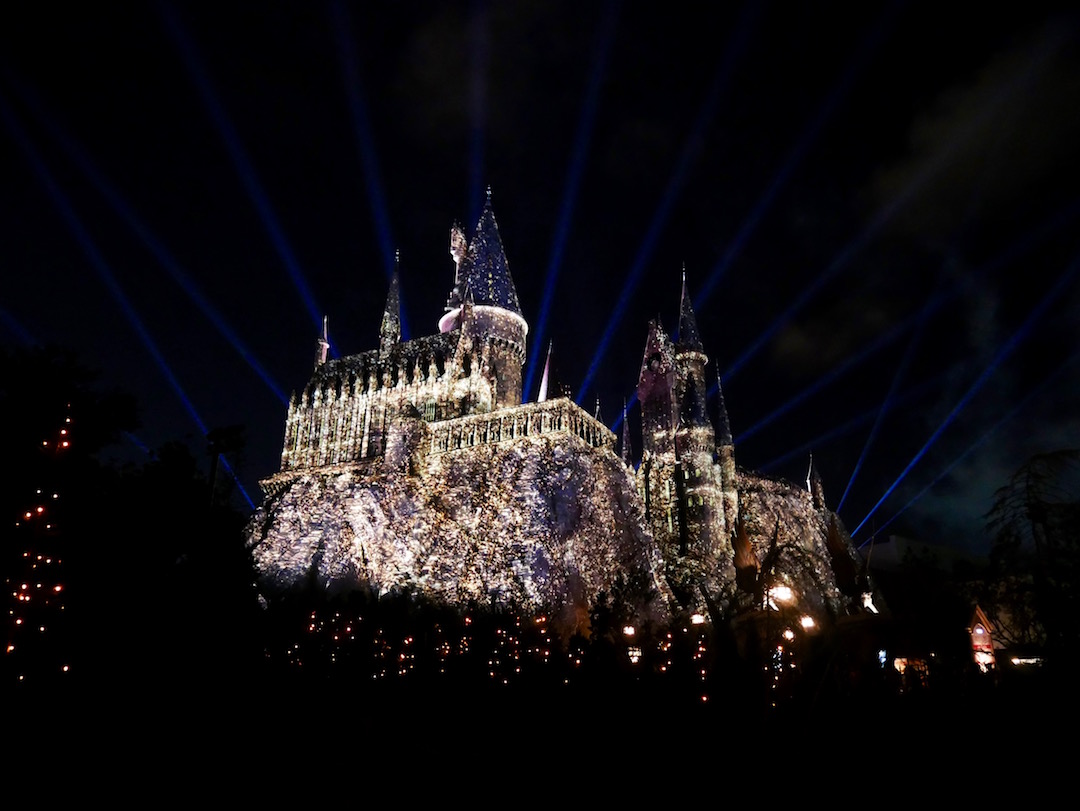 and what a display it was – so gorgeous – we absolutely loved it! 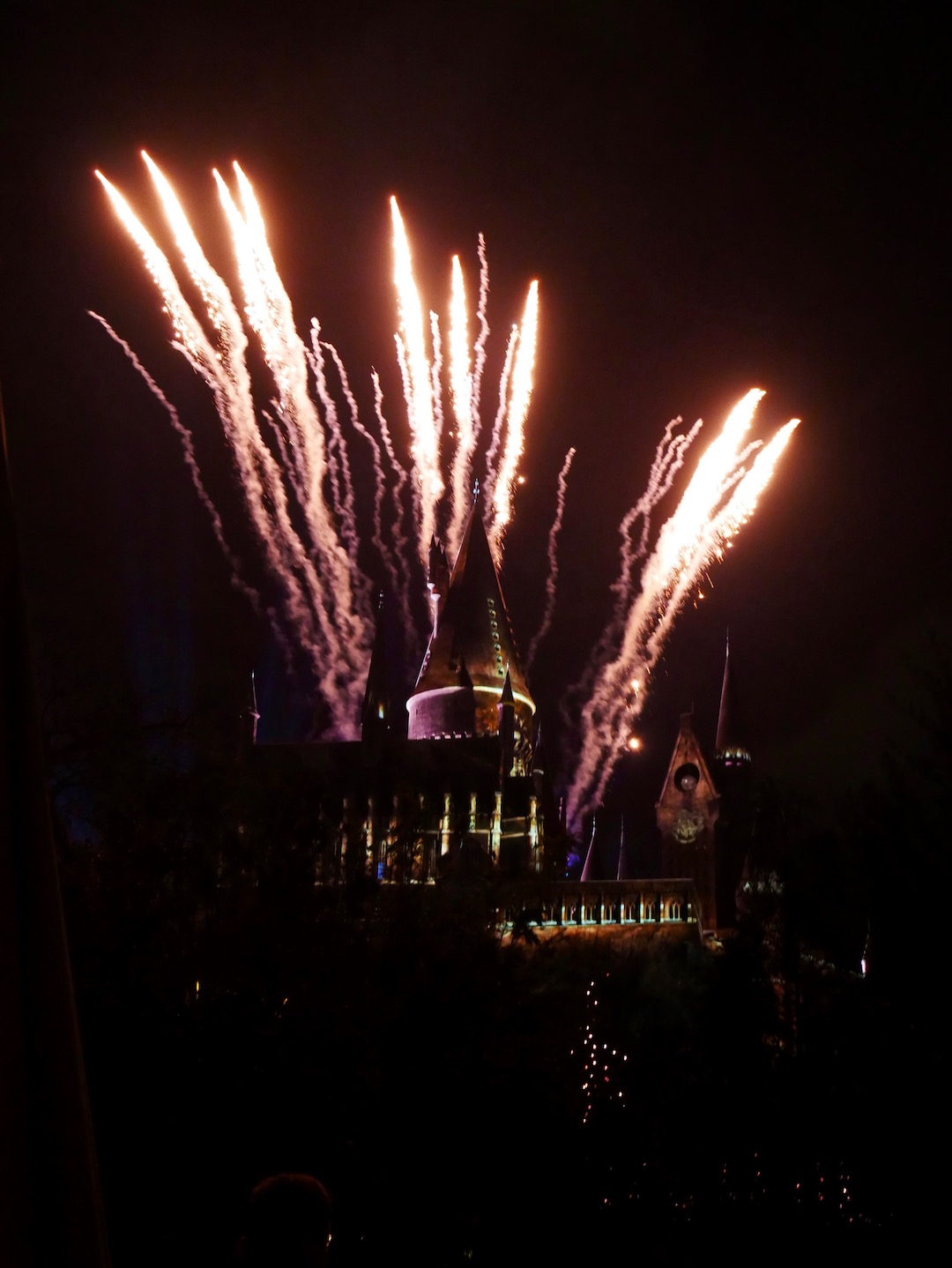 After filling up on the two Potter parks all day long, we were ready to head back to our amazing hotel – more on that in the next post! So for now, I’ll just leave you with this little bit of Potter gorgeousness, the Hogwarts Express, all lit up at the end of the night. 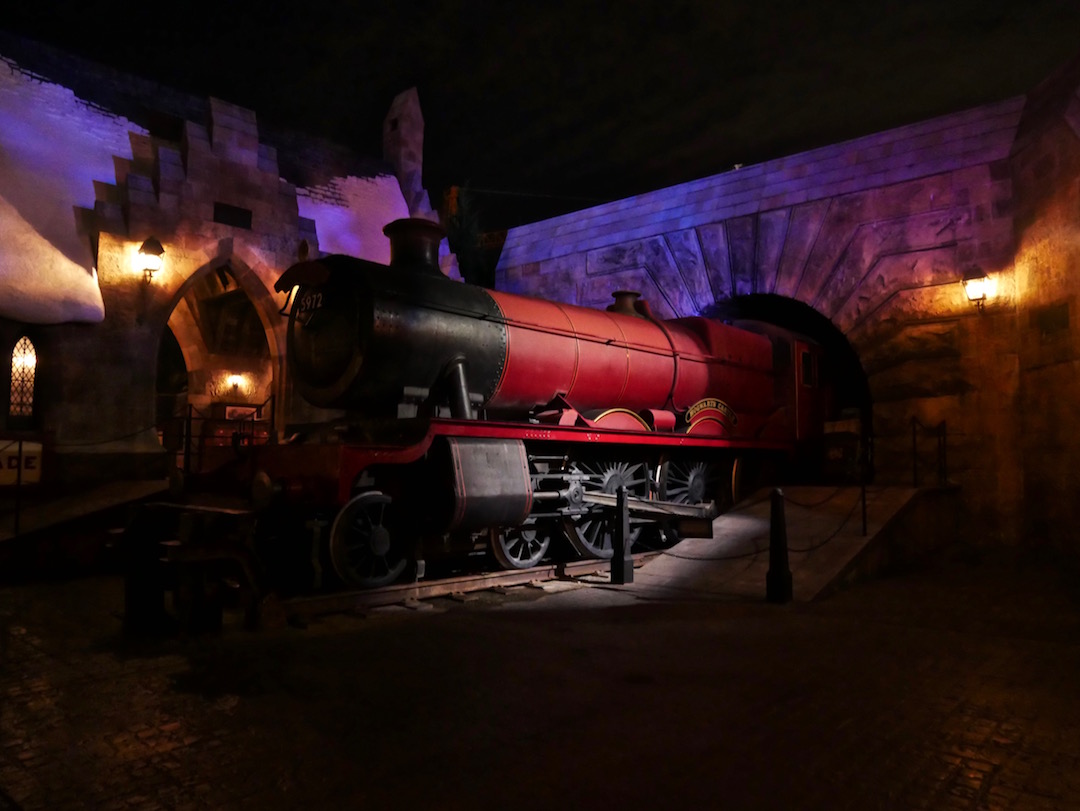 Have you been to Harry Potter at Universal? What was your favourite part? I’d love to know in the comments below – also – be sure to let me know if I’ve missed off any of your must-do’s!!