I don’t know about you guys, but after an intense gym session where I’ve burned ALLLL the calories, lifted ALLL the weights and done ALLLLL the cardio – I’m famished – and I want some nutritious food to support all my good work whilst still being a bit naughty (rather than undo it all completely!) 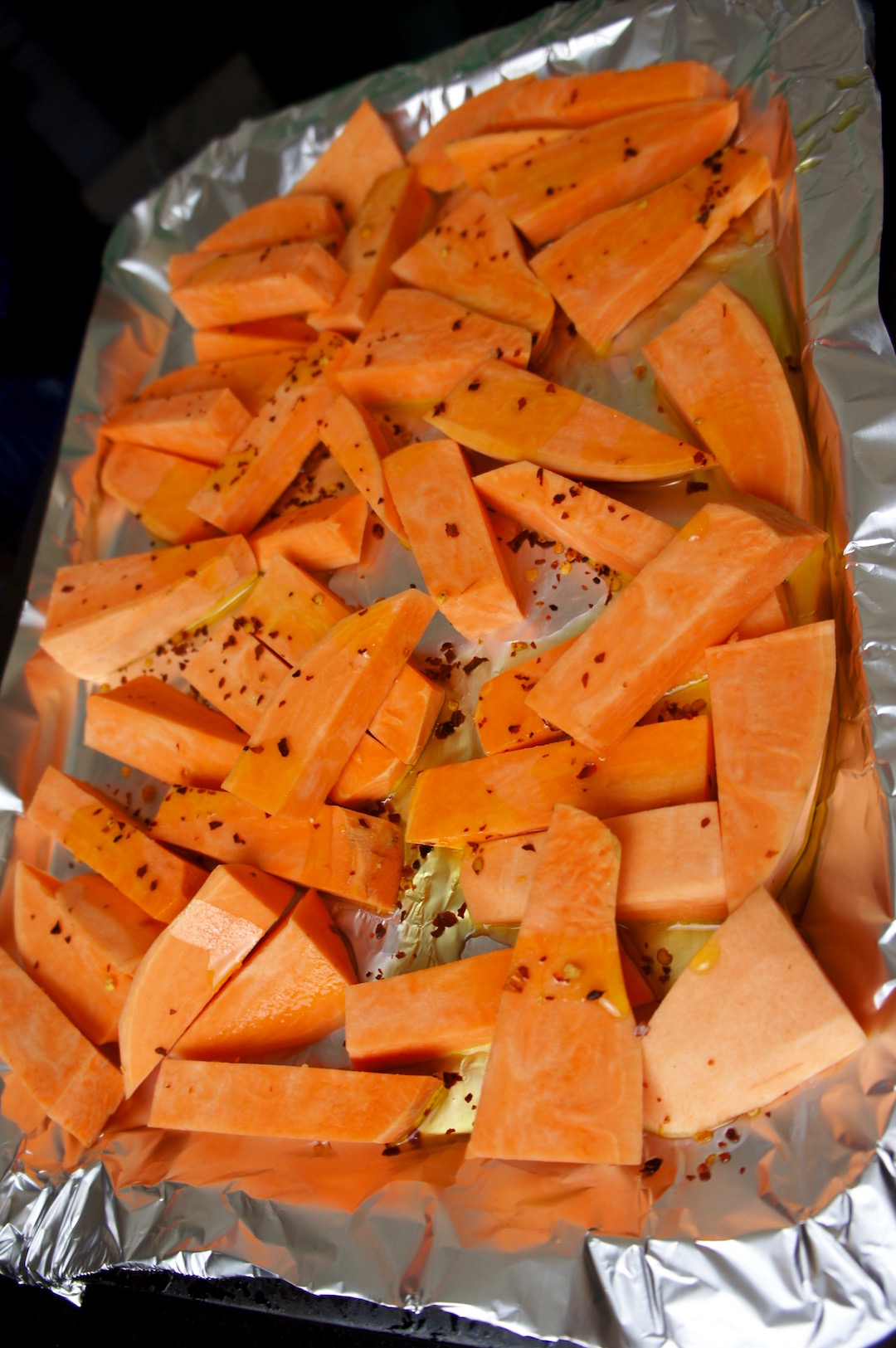 This is the crazy simple meal I made for us the other night after exactly such a workout and I thought I would share it with you guys!

Season to taste (I used chilli flakes, pepper and salt) 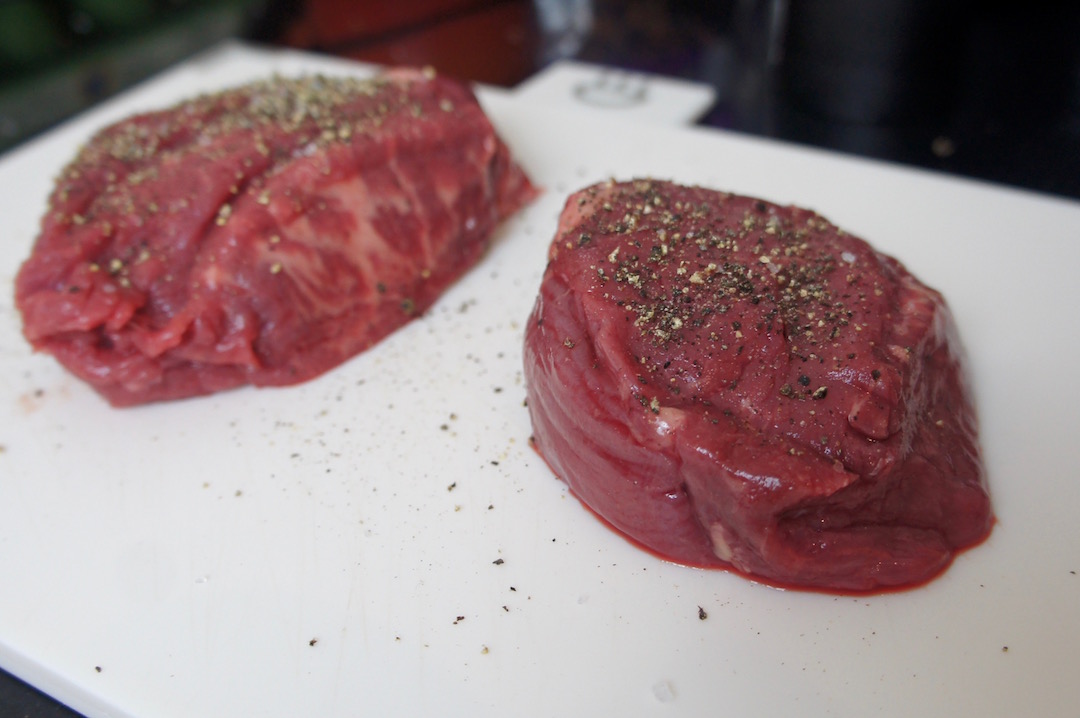 First off, season the meat, we went for lots of pepper and a tiny bit of salt – both sides – and then (as seen in the first photo) chop up the sweet potato into chips, lay them out on a baking tray, drizzle with oil, sprinkle with chilli flakes and put them into the oven at 200°C (392°F) 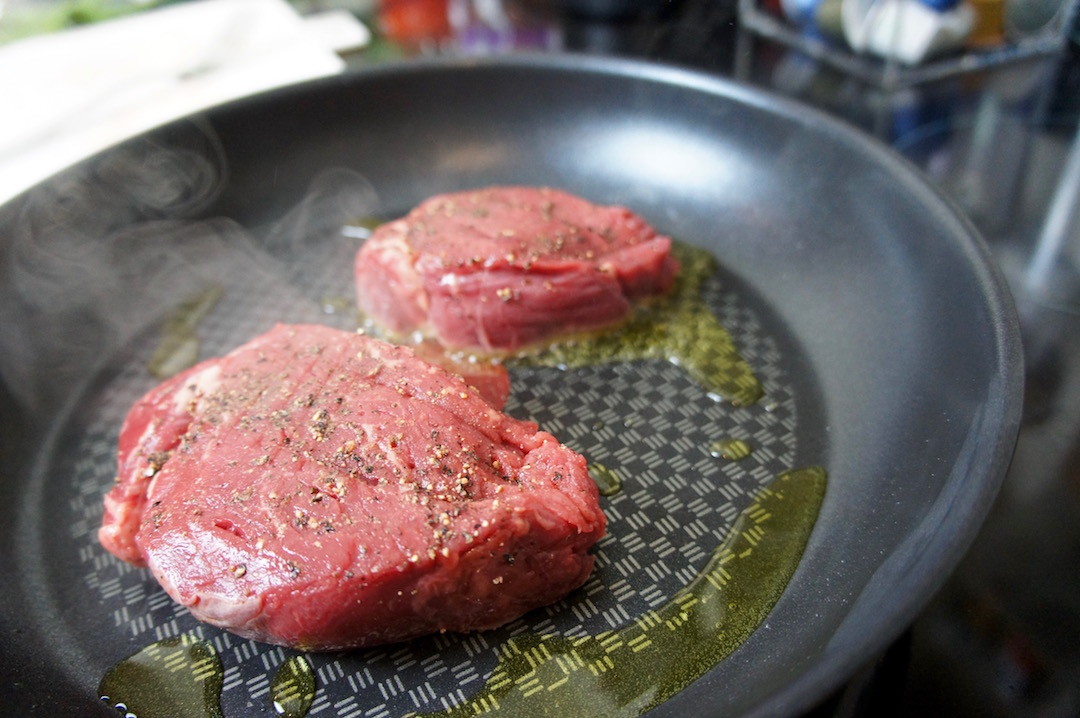 On a very hot pan, sear the two steaks, whilst that’s happening, chop and wash the veg 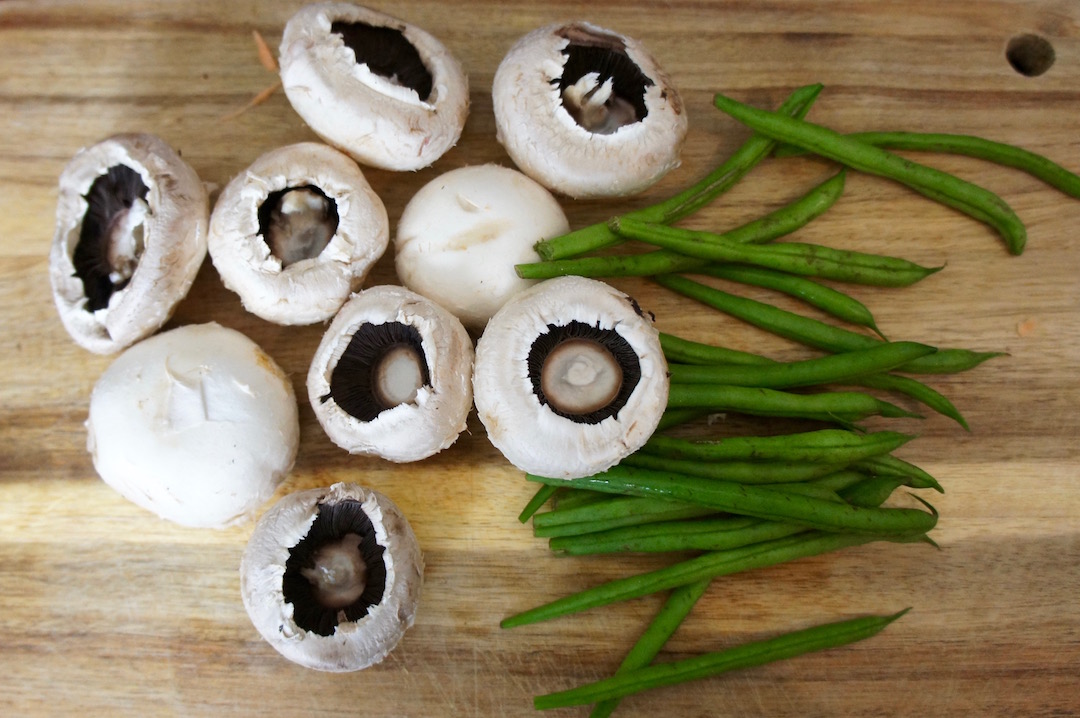 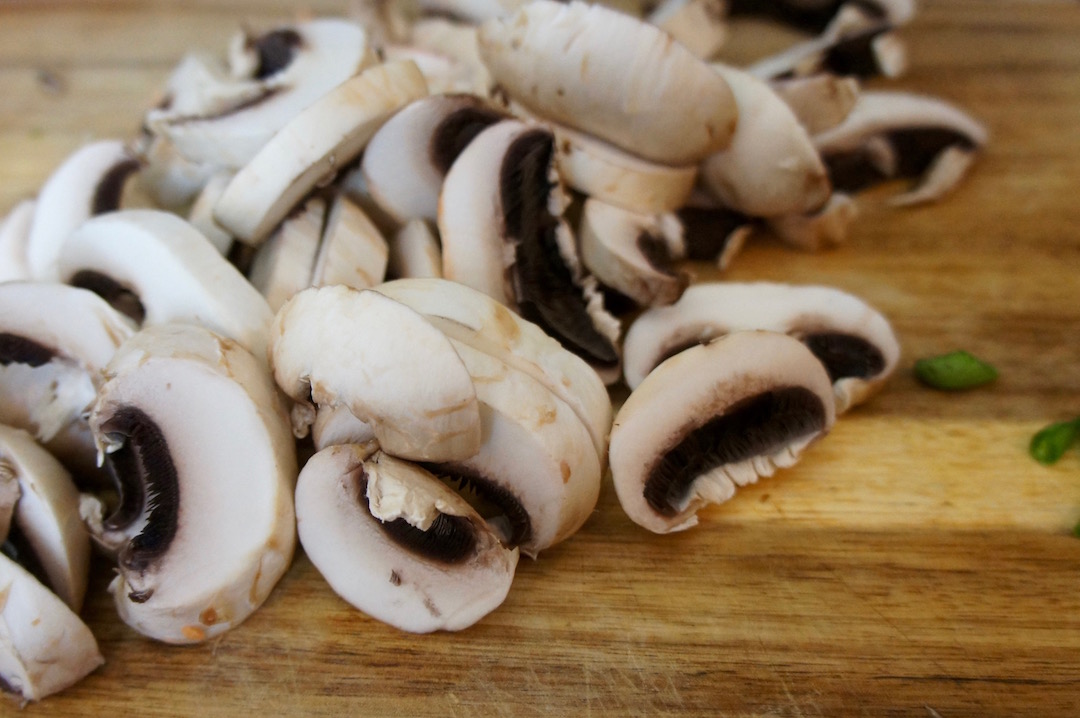 Next, take out the sweet potato fries, flip them around a bit, add the green beans next to them and return all to the oven (same temp) 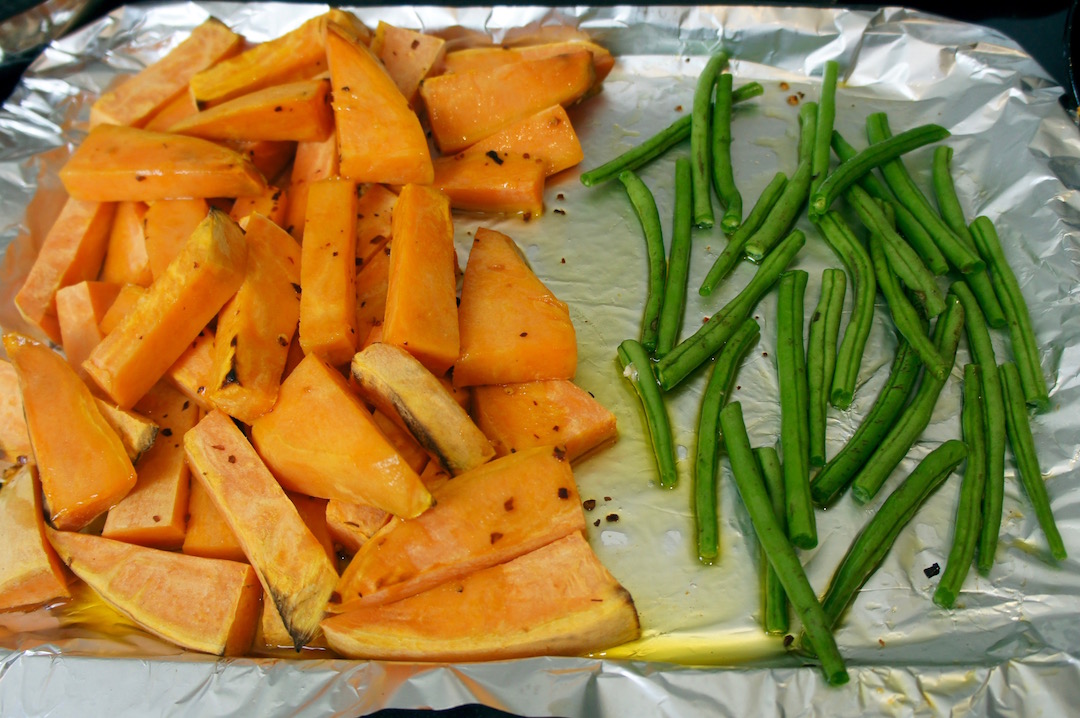 When your steaks are ready, add them to the centre of your tray and pop them back in the oven, reducing to about 180°C (356°F) 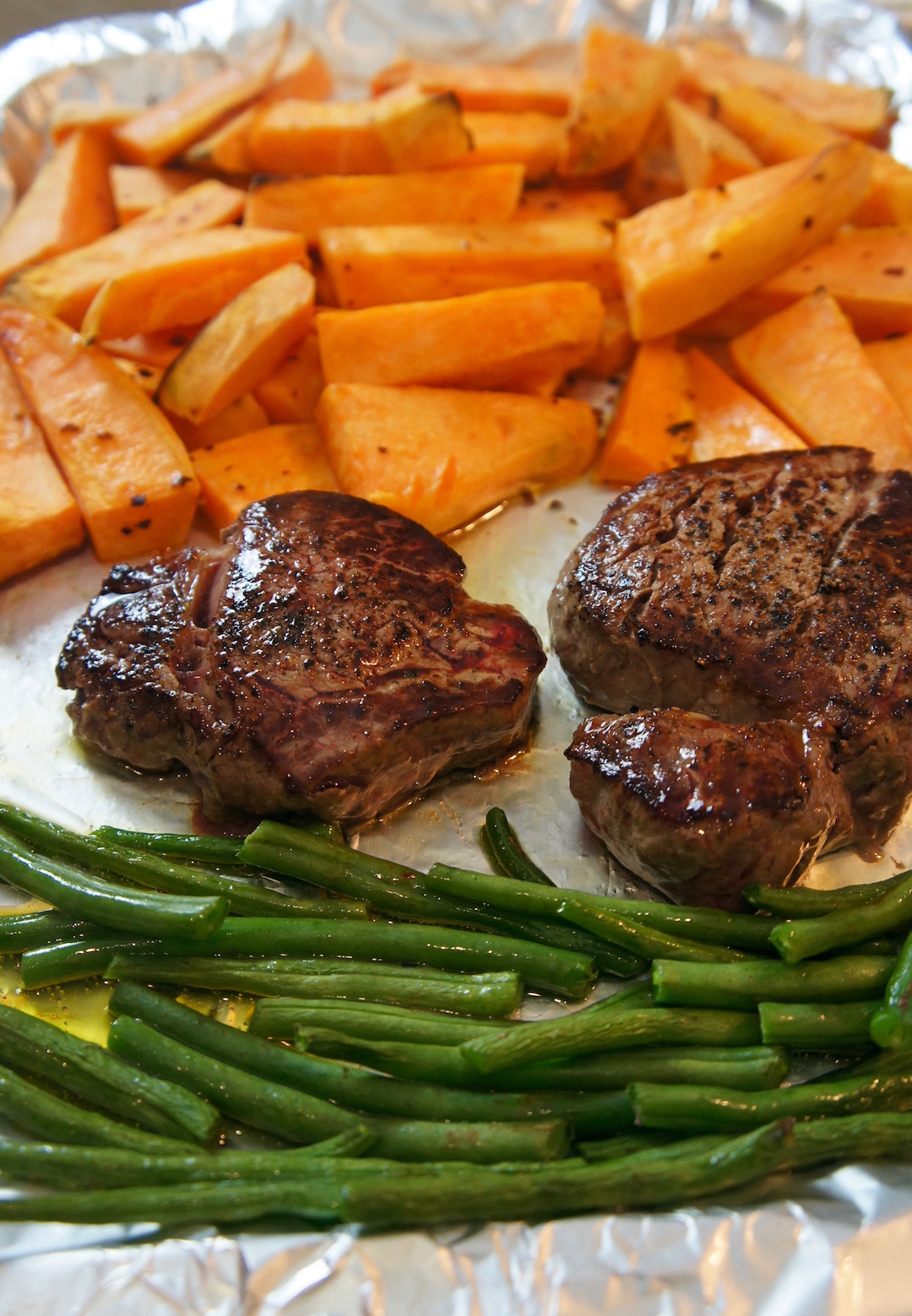 Whack the chopped mushrooms into the same pan you were using for the steaks and fry them off – as Julia Child famously said “Don’t crowd the mushrooms!!” – this is because you’ll end up steaming the mushrooms rather than frying them, little tip for you there! 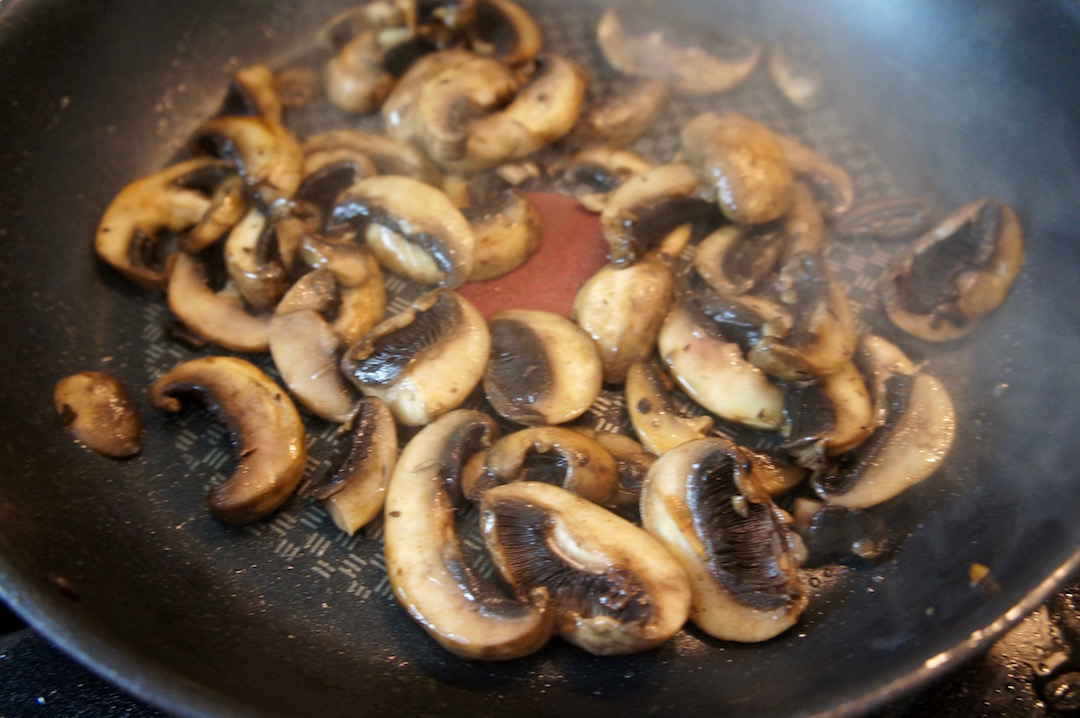 If you’re having some, pour your peppercorn sauce over the mushrooms at this point and simmer for 1-2mins (or whatever the packaging says!) 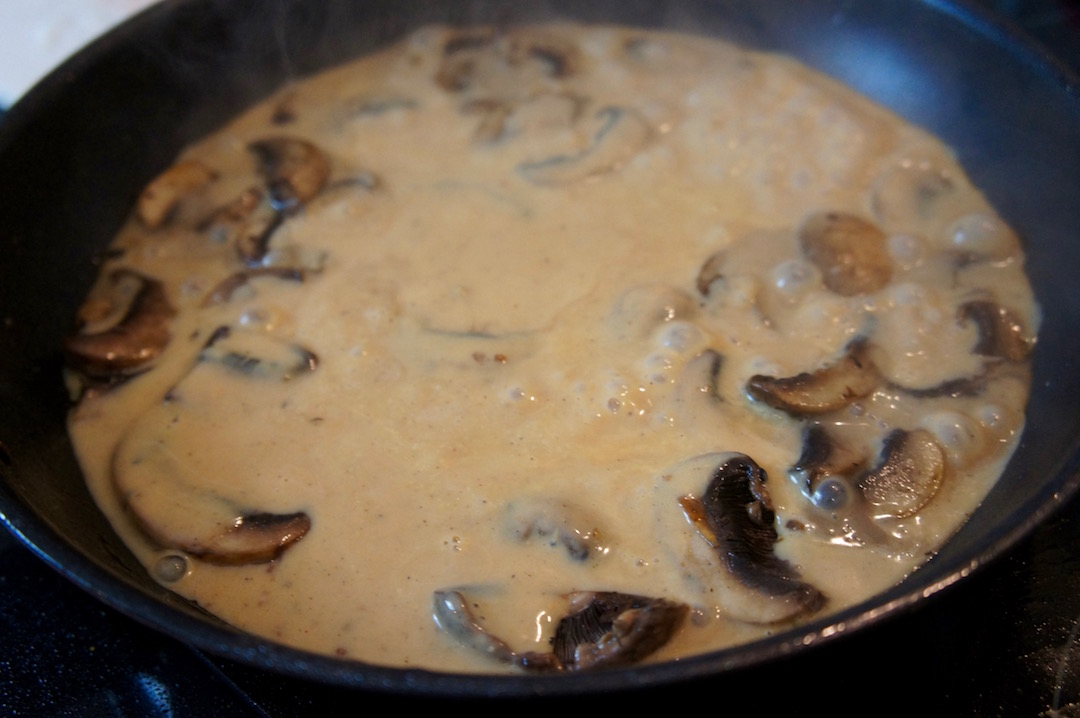 Remove the tray from the oven and serve up immediately 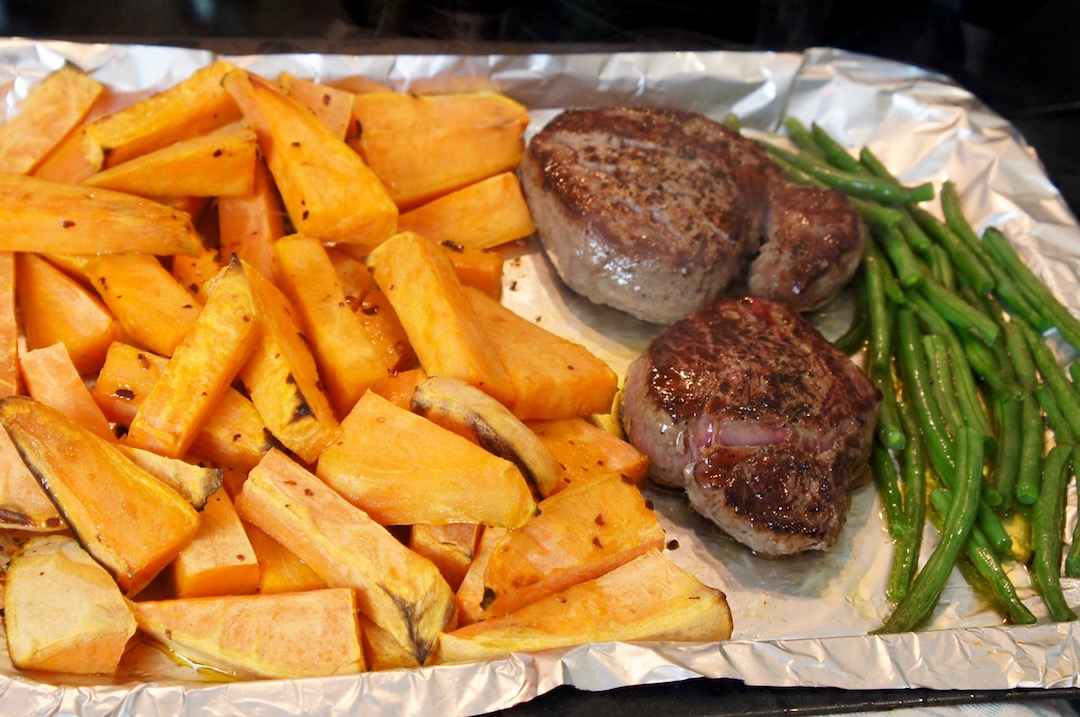 And there you have it – a deliciously nom meal for two, cooked in 45mins or less – what’s not to love! 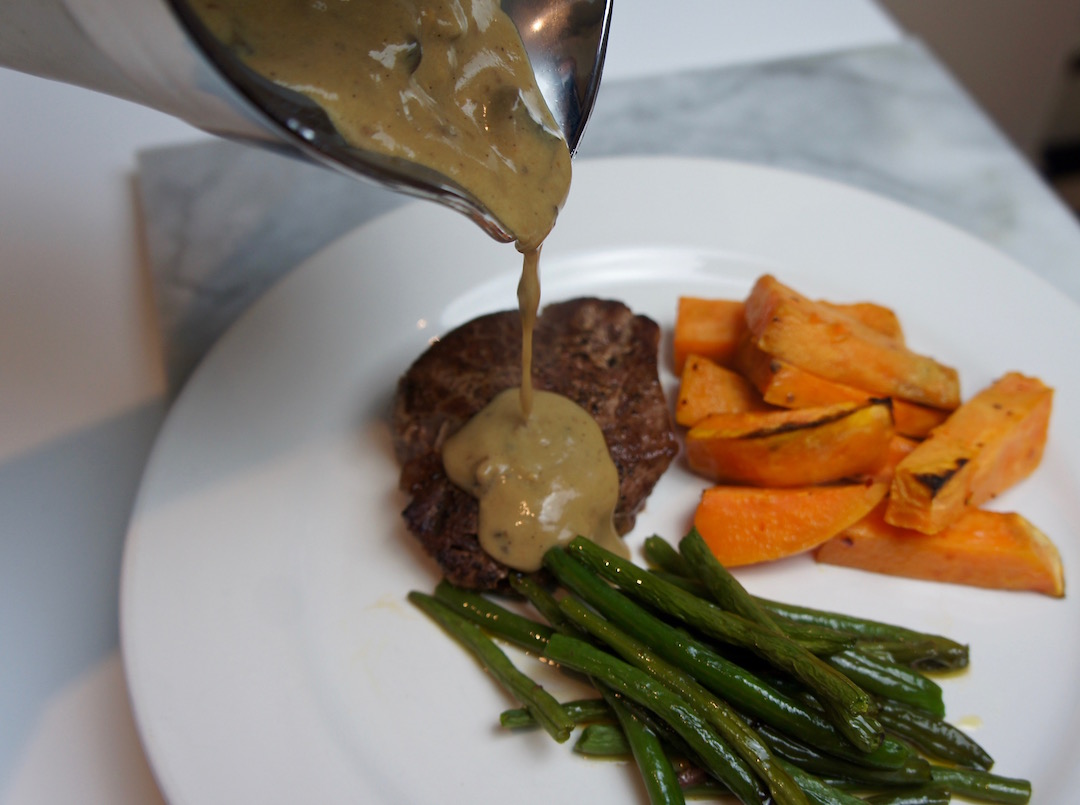 Do you have a go-to post gym meal? We’re always on the look out for new ideas so let me know in the comments below!