Walk along the river bank in Hammersmith, past the old Harrods warehouse and you will stumble upon one of the areas best kept secrets 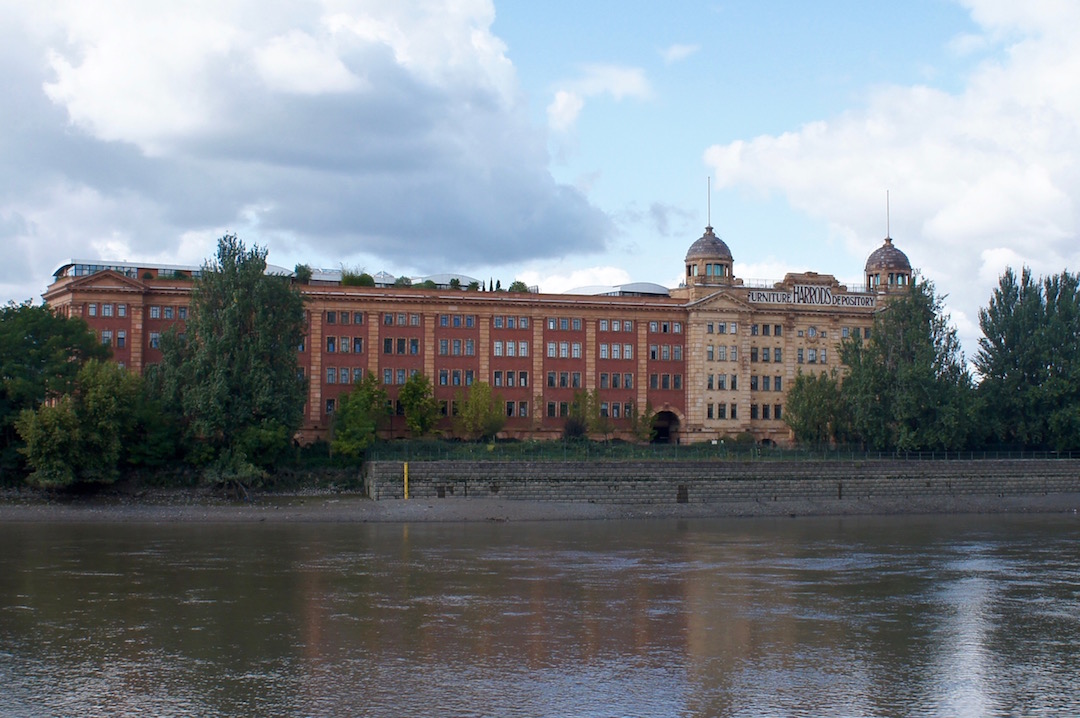 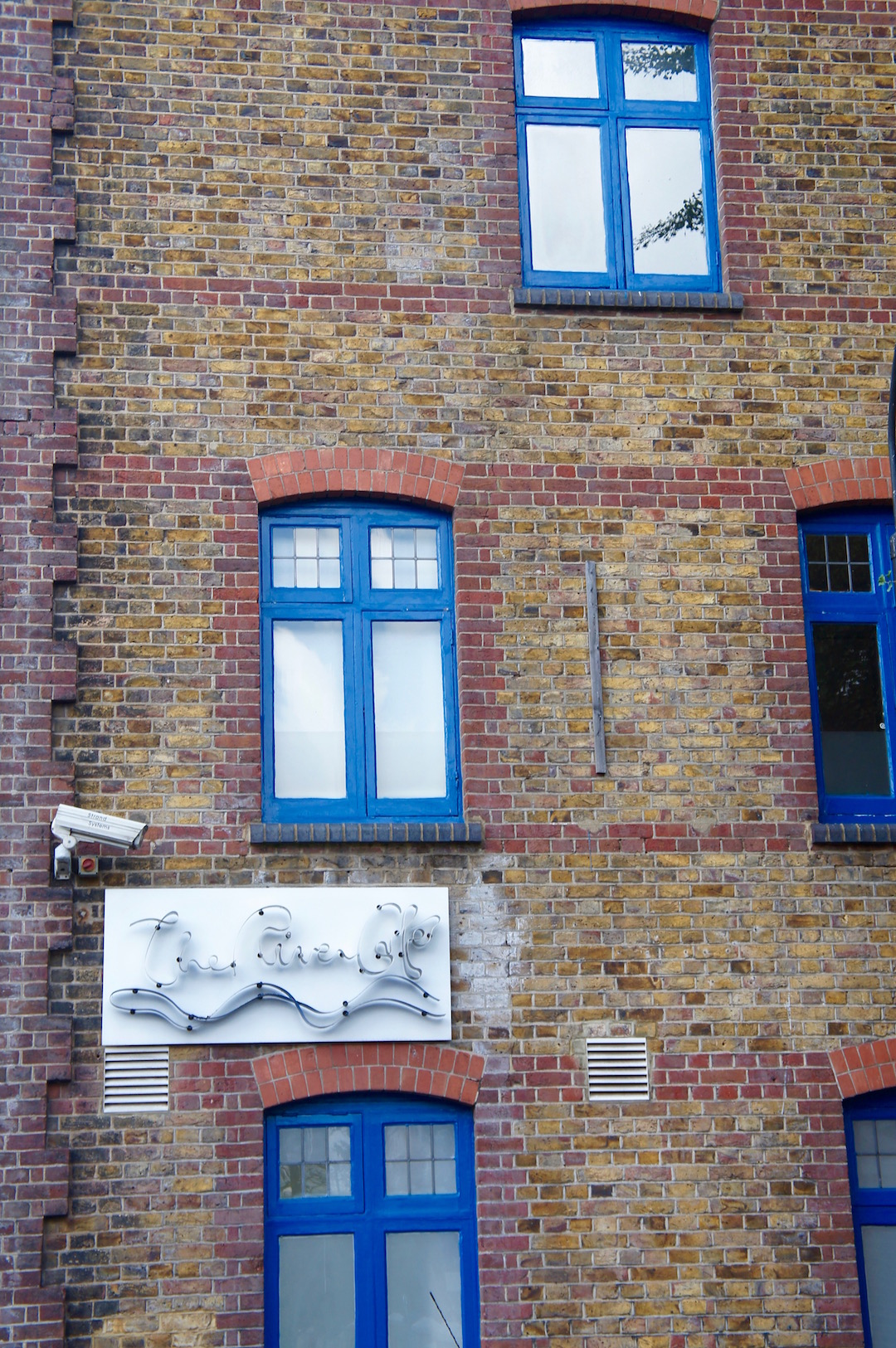 We arrived to an exceedingly busy restaurant, baring in mind it had only just opened for the day! 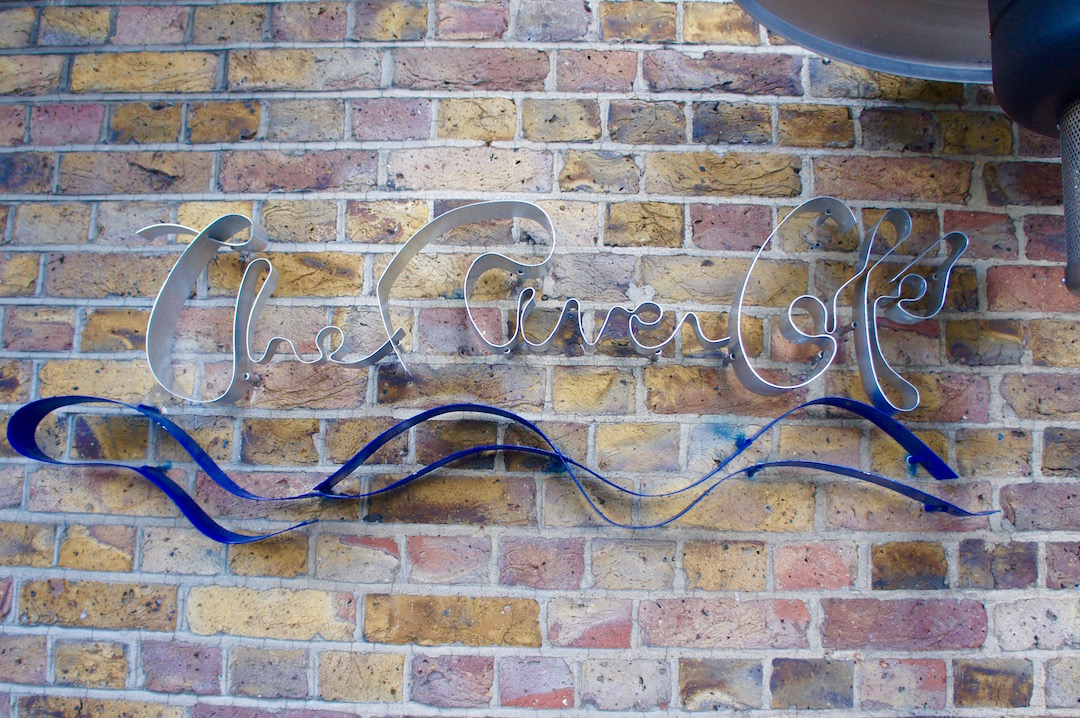 And after confirming our reservation (it’s not strictly reservations only, but you’d be very lucky to get one if you hadn’t booked!) 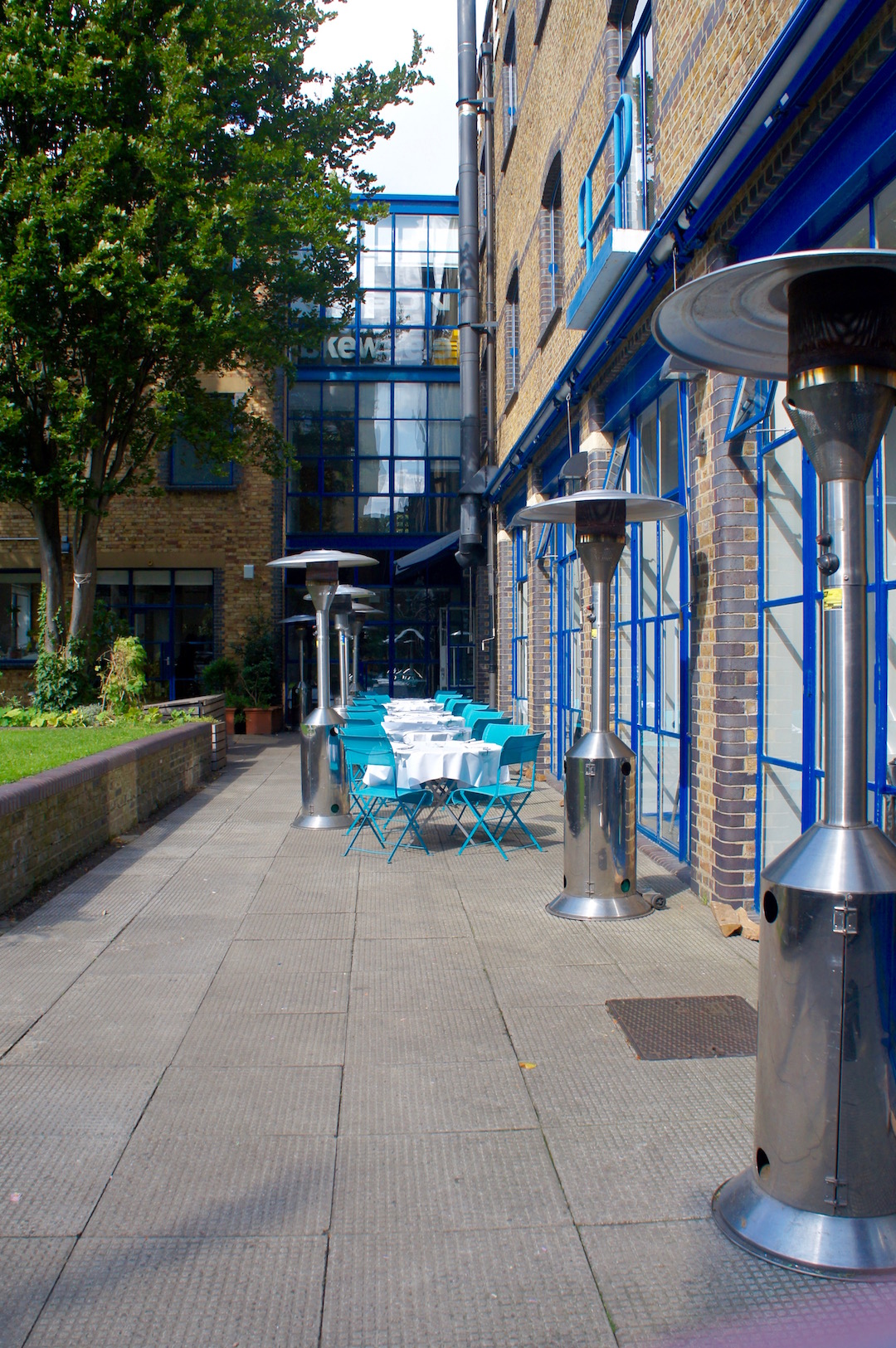 we were brought past their extensive bar area, to our table, which was smack bang in the centre of the elongated restaurant 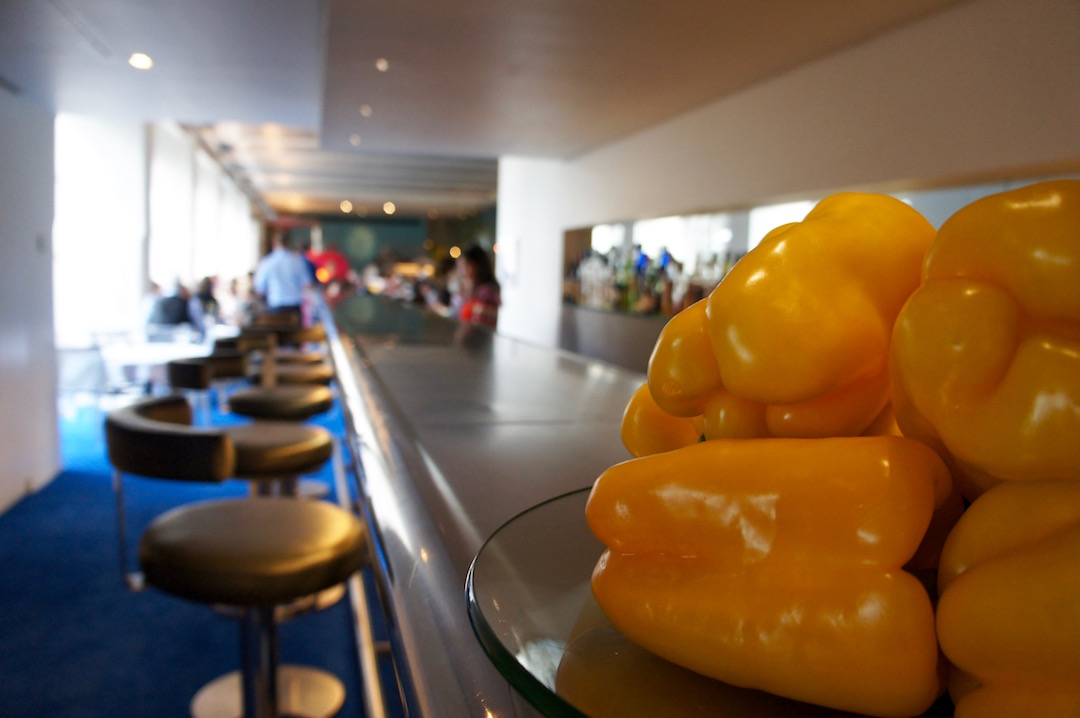 Their menu – which changes daily! – is packed full of Italian favourites, old and new 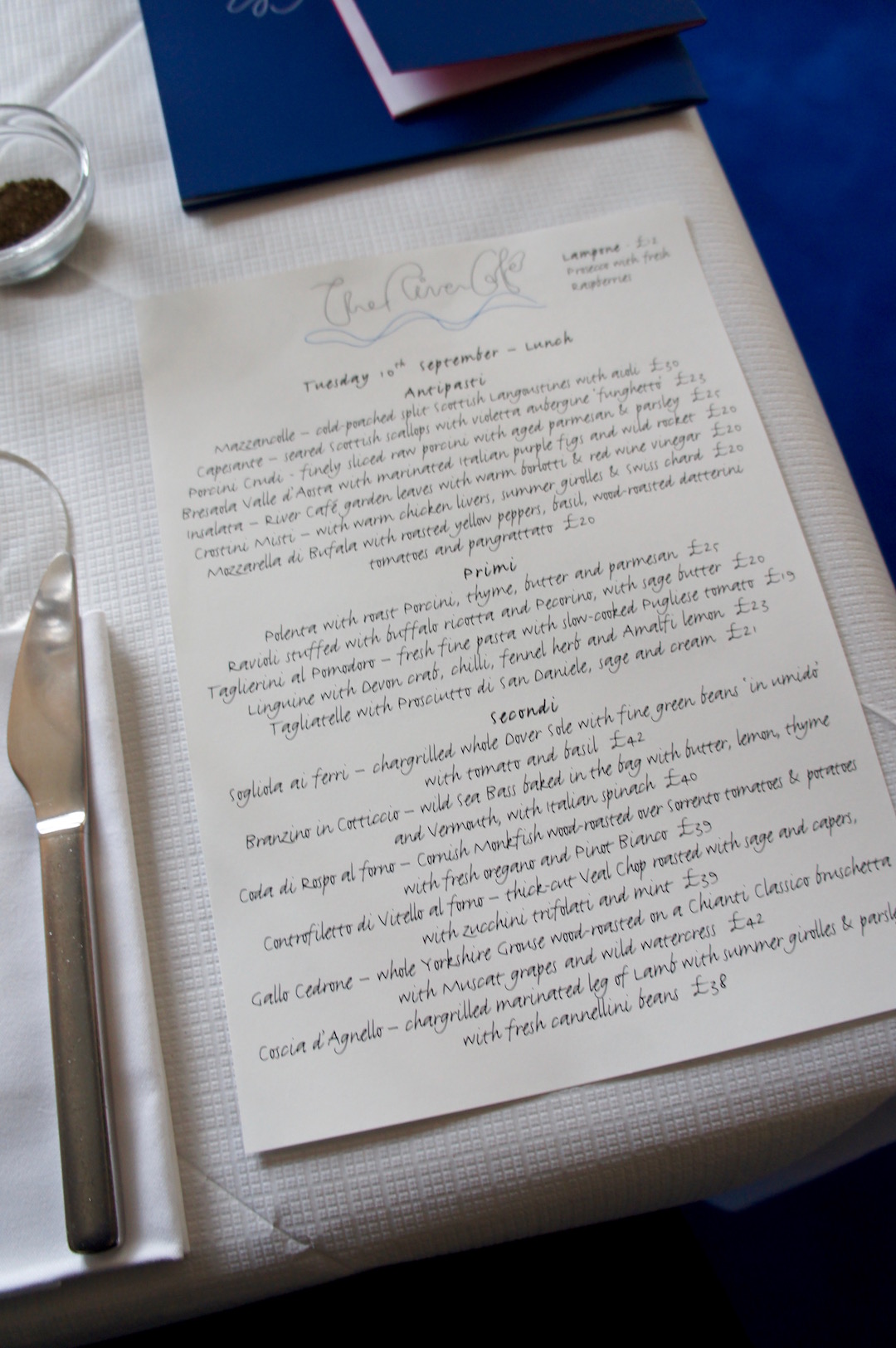 and like all true Italian restaurants, we kicked things off with perfectly baked, fresh bread – soft middles with crunchy crusts 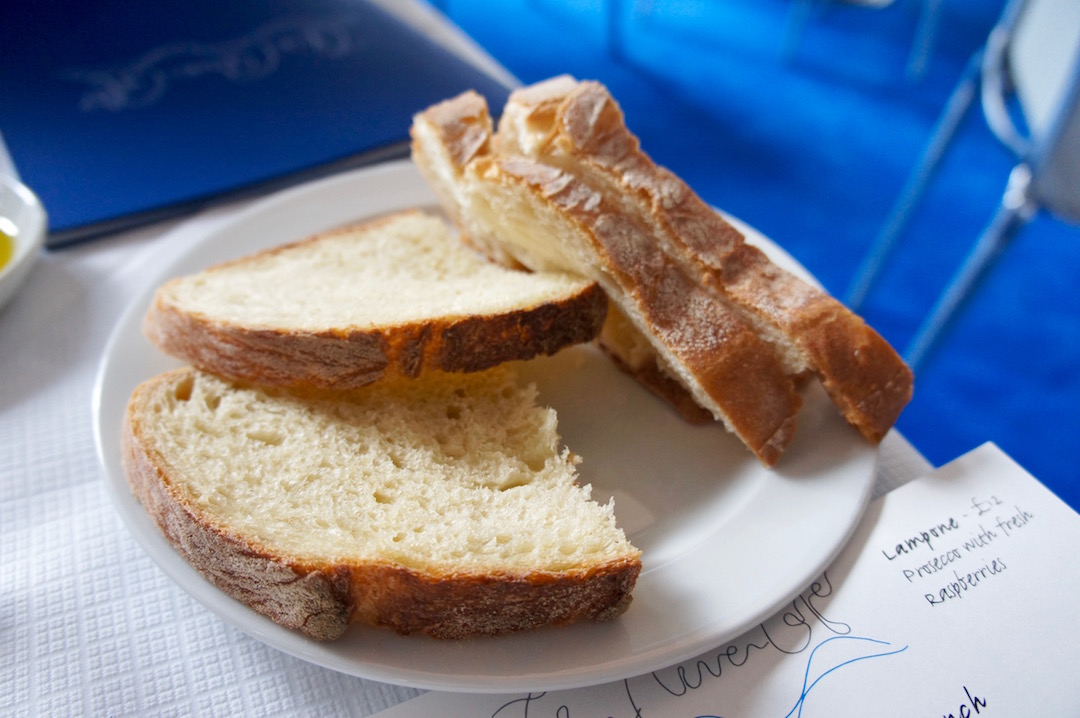 accompanied by oil, salt and pepper – which combined together, made for a totally nom introduction to the restaurant! 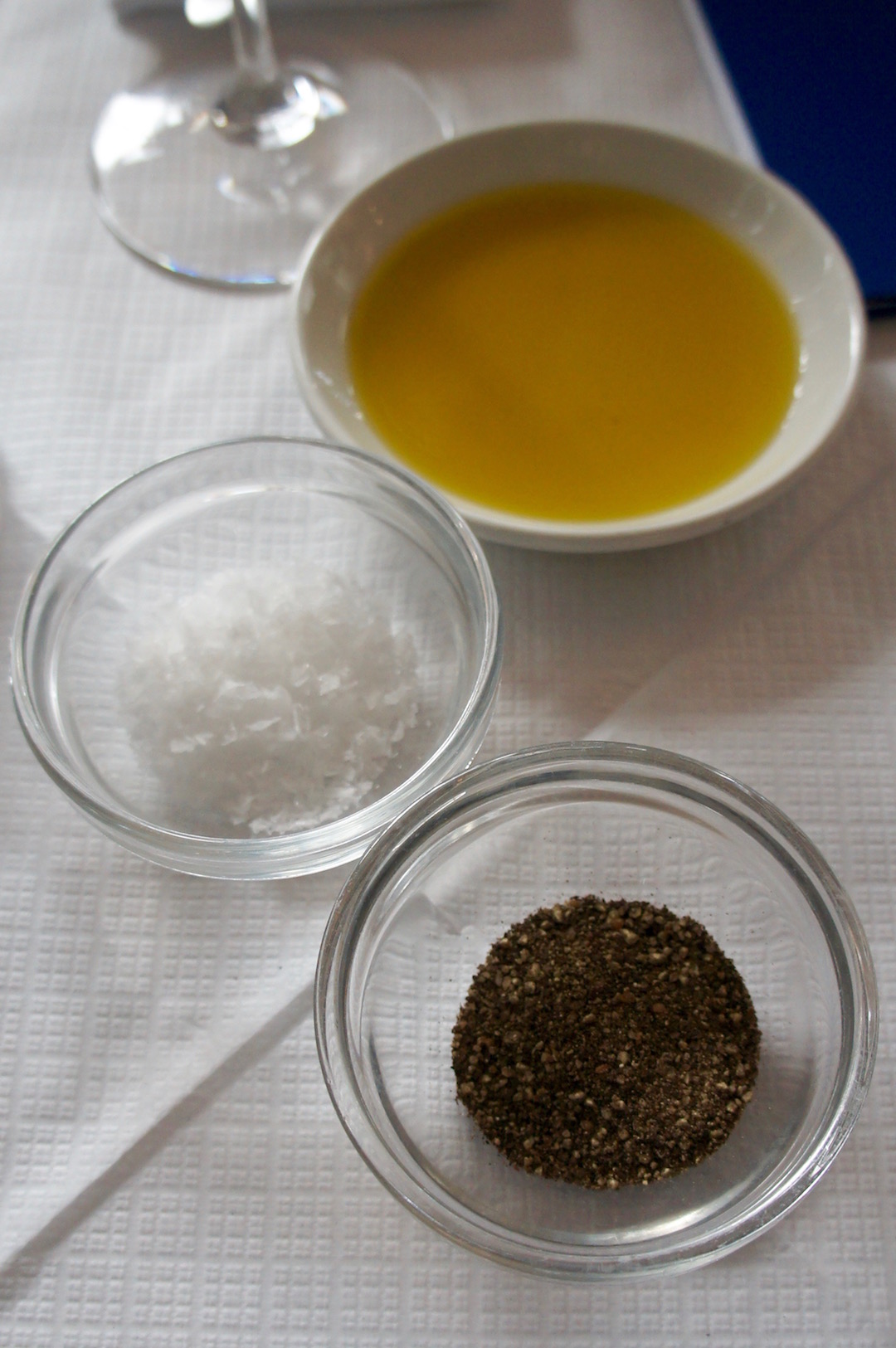 We ordered and first to arrive to the table were our drinks, a beer for Himself and a glass of Champagne for me which we clinked and sipped basking in the atmosphere which was all at once both buzzing and relaxing – no mean feat! 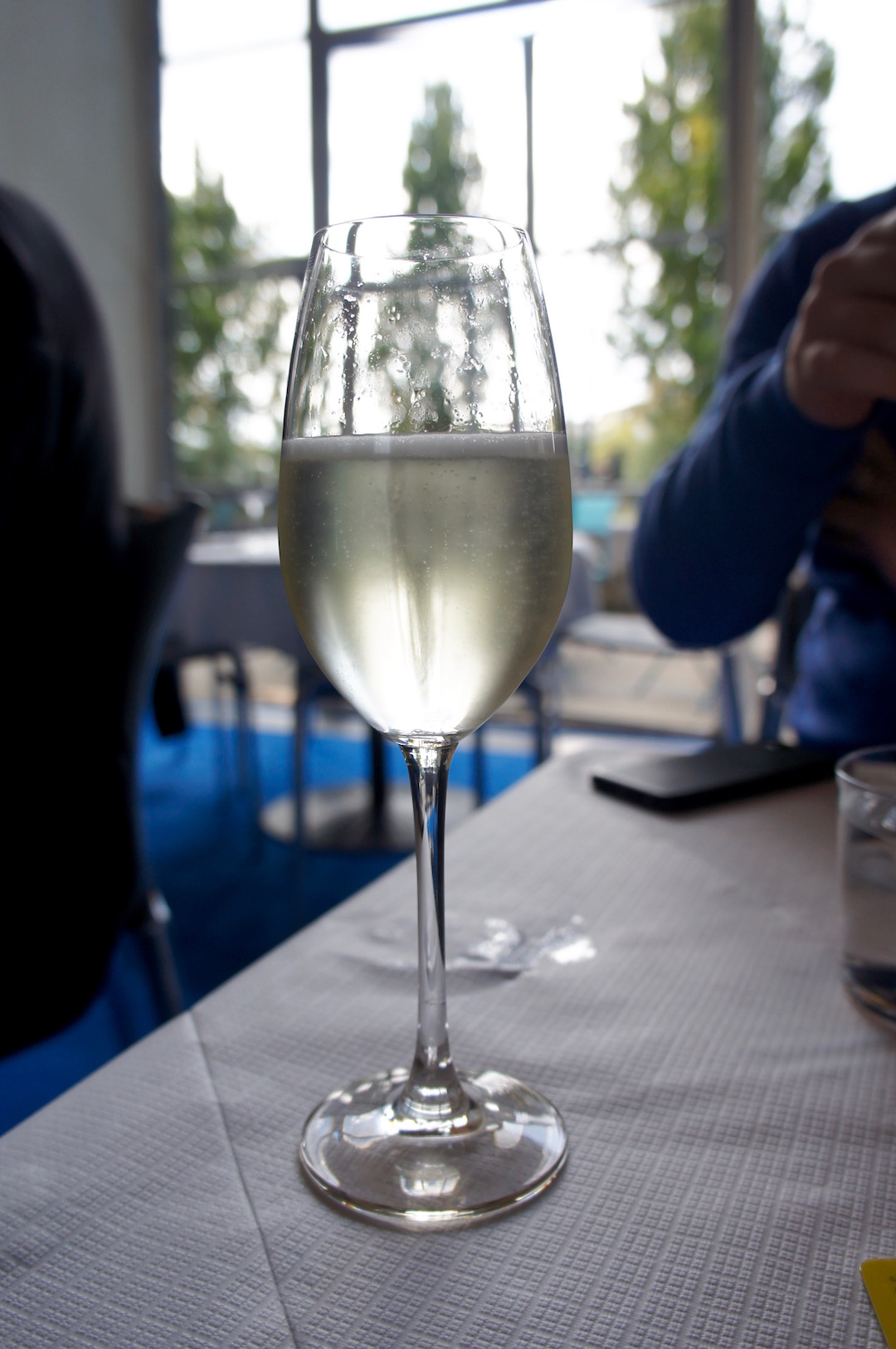 Our starters arrived – quicker than we expected – which was just as well because we were famished! I started with Mozzarella di Bufala with roasted yellow peppers, basil, wood-roasted datterini tomatoes and pangrattato which was simply divine! The Mozzarella was so creamy and juxtaposed with the crunch of the pangrattato wonderfully – it was a proper dish for the senses and not one for sharing, although I did allow a mini share to occur! 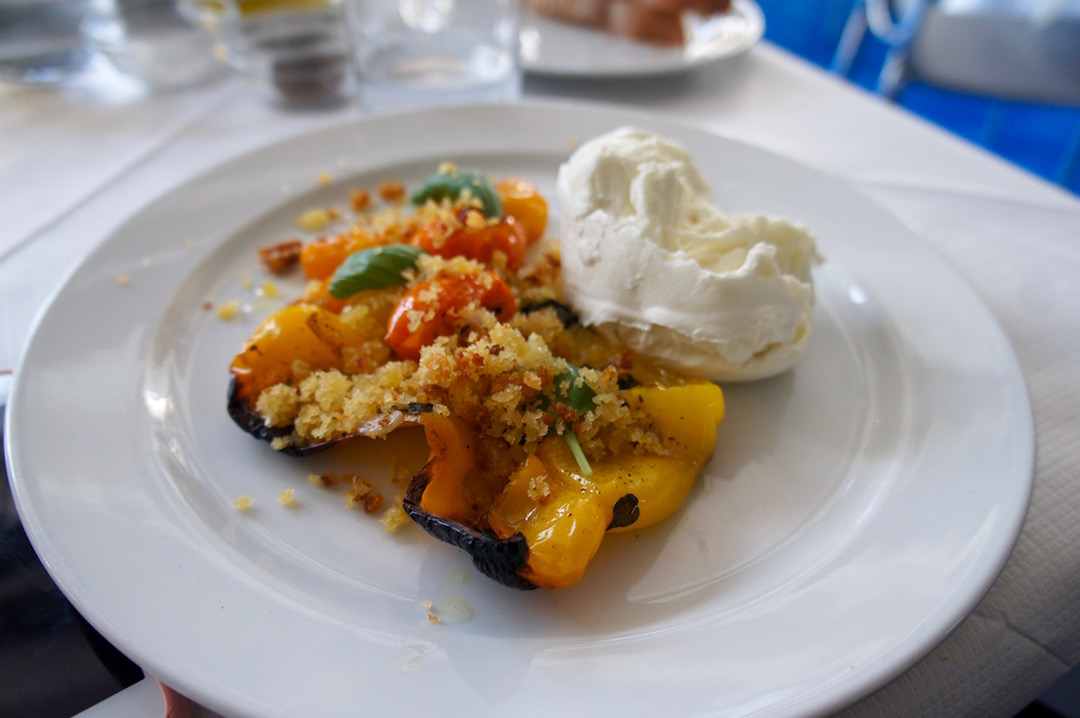 Himself had Crostini Misti with warm chicken livers, summer girolles and swiss chard, all of which were very moreish 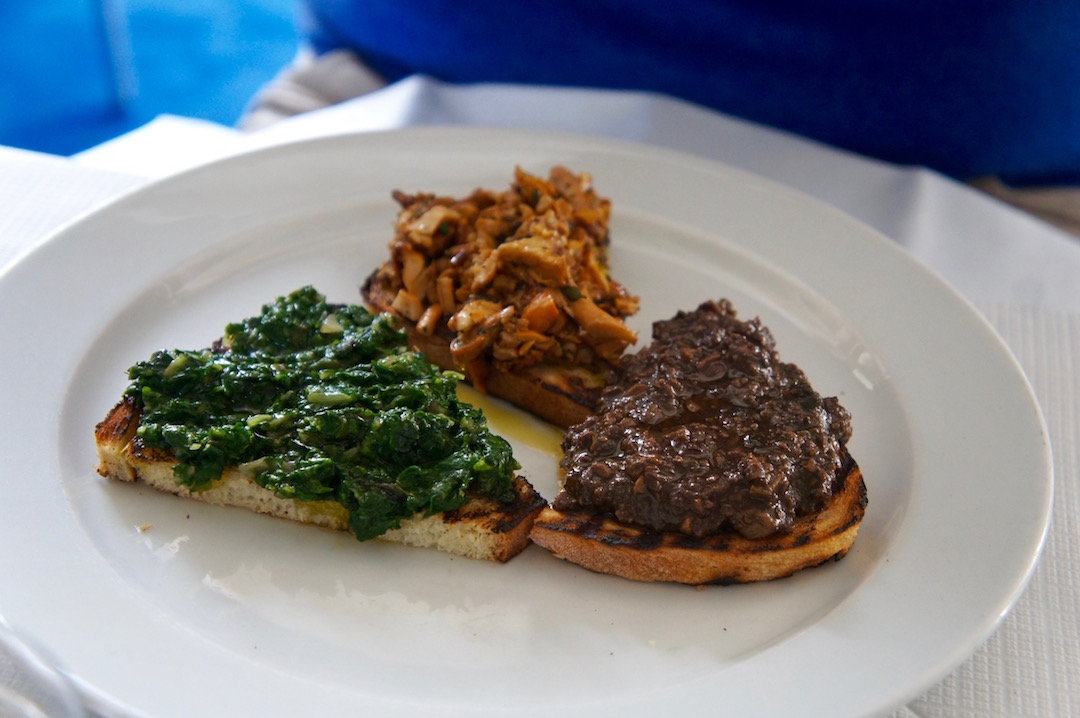 For the main, I had Tagliatelle with Prosciutto di san Daniele, sage and cream. It is – quite literally – the most exquisite pasta dish I’ve tasted to date, no joke, I would return just for this dish! 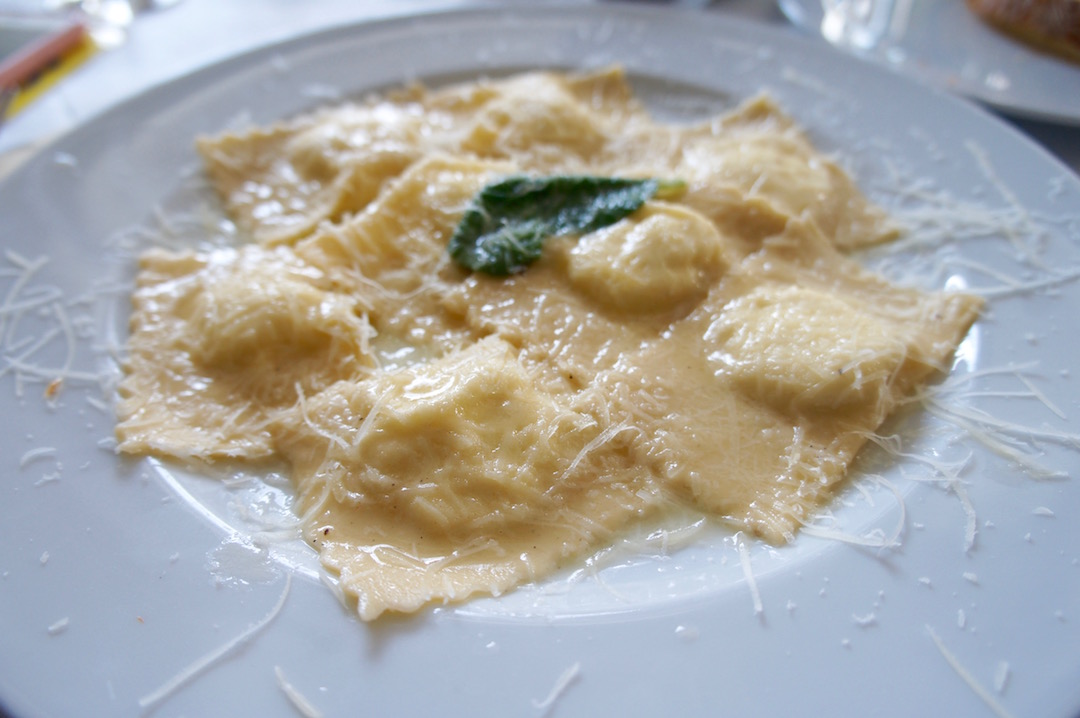 and Himself had Linguini with Devon crab, fennel herb and Amalfi lemon – I wouldn’t be a massive seafood fan but even I was swayed by this dish, the linguini was perfectly cooked as was the crab and it was seasoned to perfection 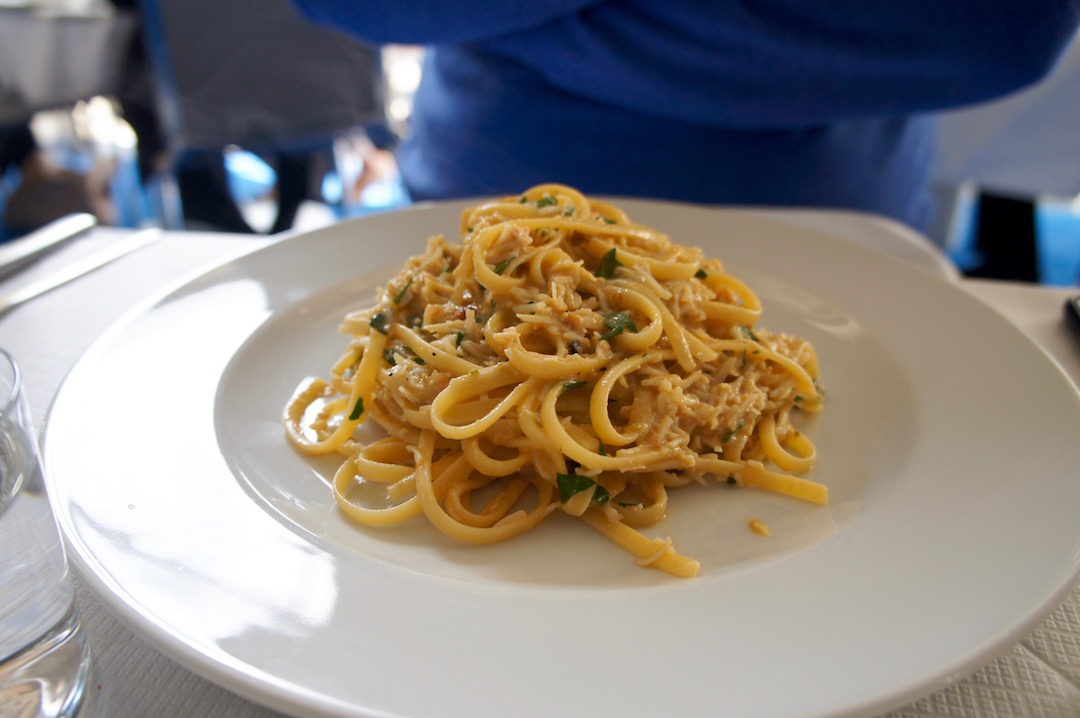 90% of the kitchen is on display which I found to be a very cool feature of the restaurant, although I’m sure the Chefs must feel very “on” the whole time, but no doubt you get used to it and eventually forget the punters are even there 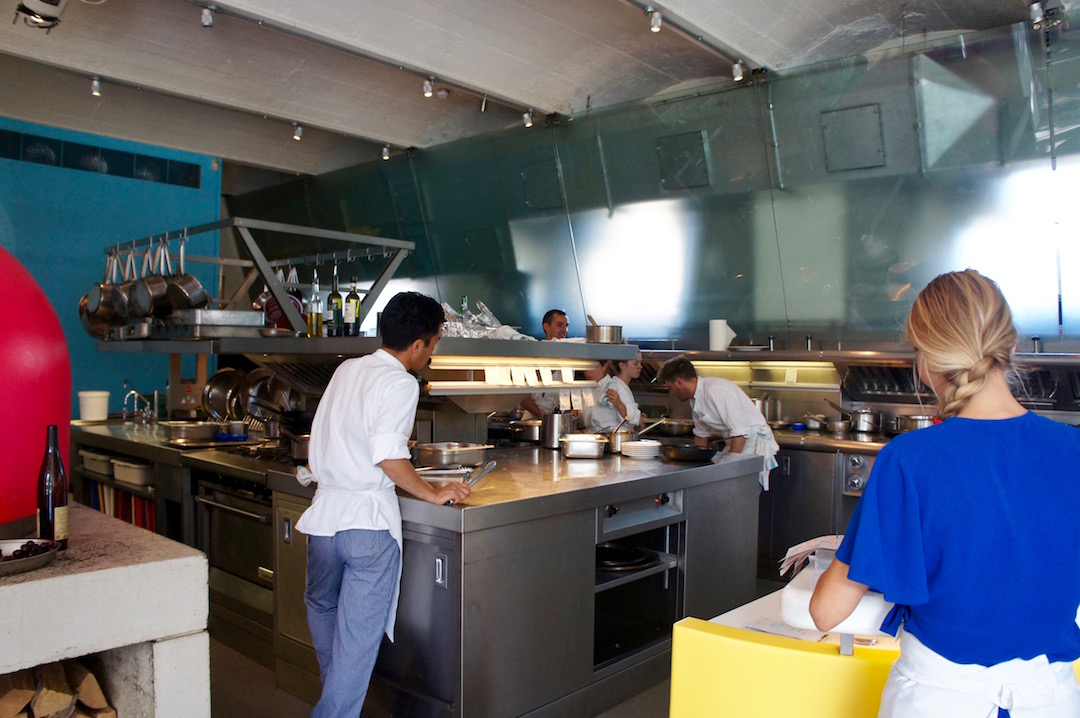 We really should have ordered a pizza, just look at the wood-fired stove! But to be fair, all sorts of dishes get a final heat kick as you can see from this next shot where a few pans have been placed into the mouth for a final few minutes 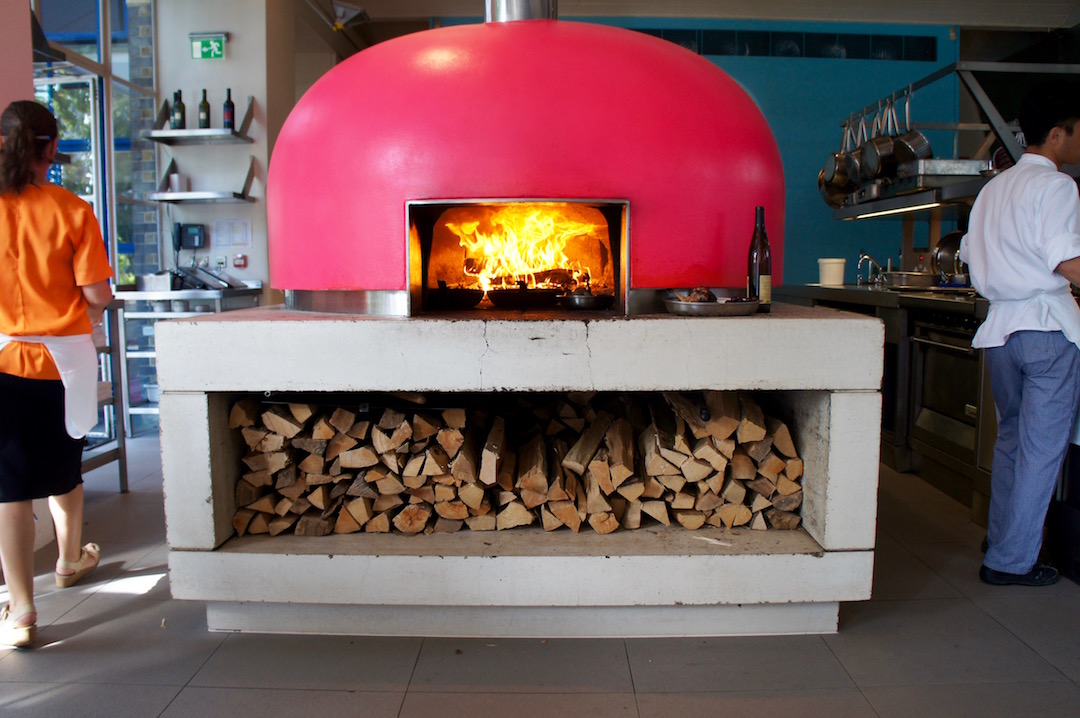 Full to the brim and not able for a morsel more, we wrapped up against the very windy day (see next picture for reference!) and continued on with our final hours as London-town residents! 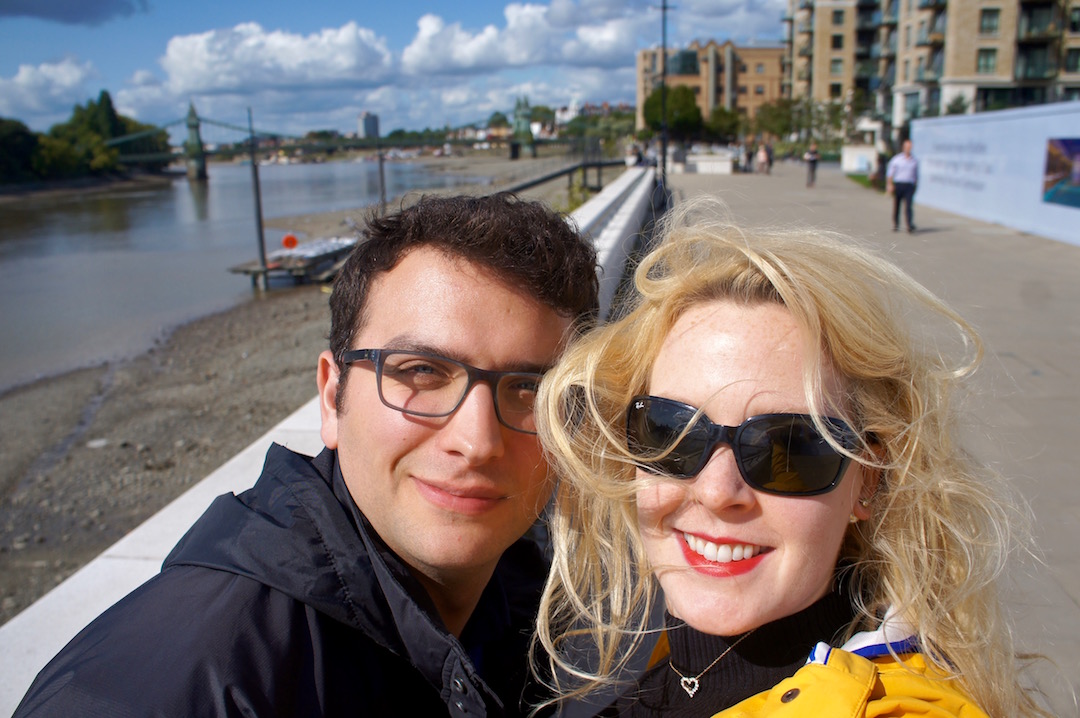