The new kid on the block! If you’re in London, you’ve no doubt heard of this spot, as everyone seems to be talking about The Ned. So when Sarah suggested we meet there for dinner one evening – well – curiosity got the better of me! 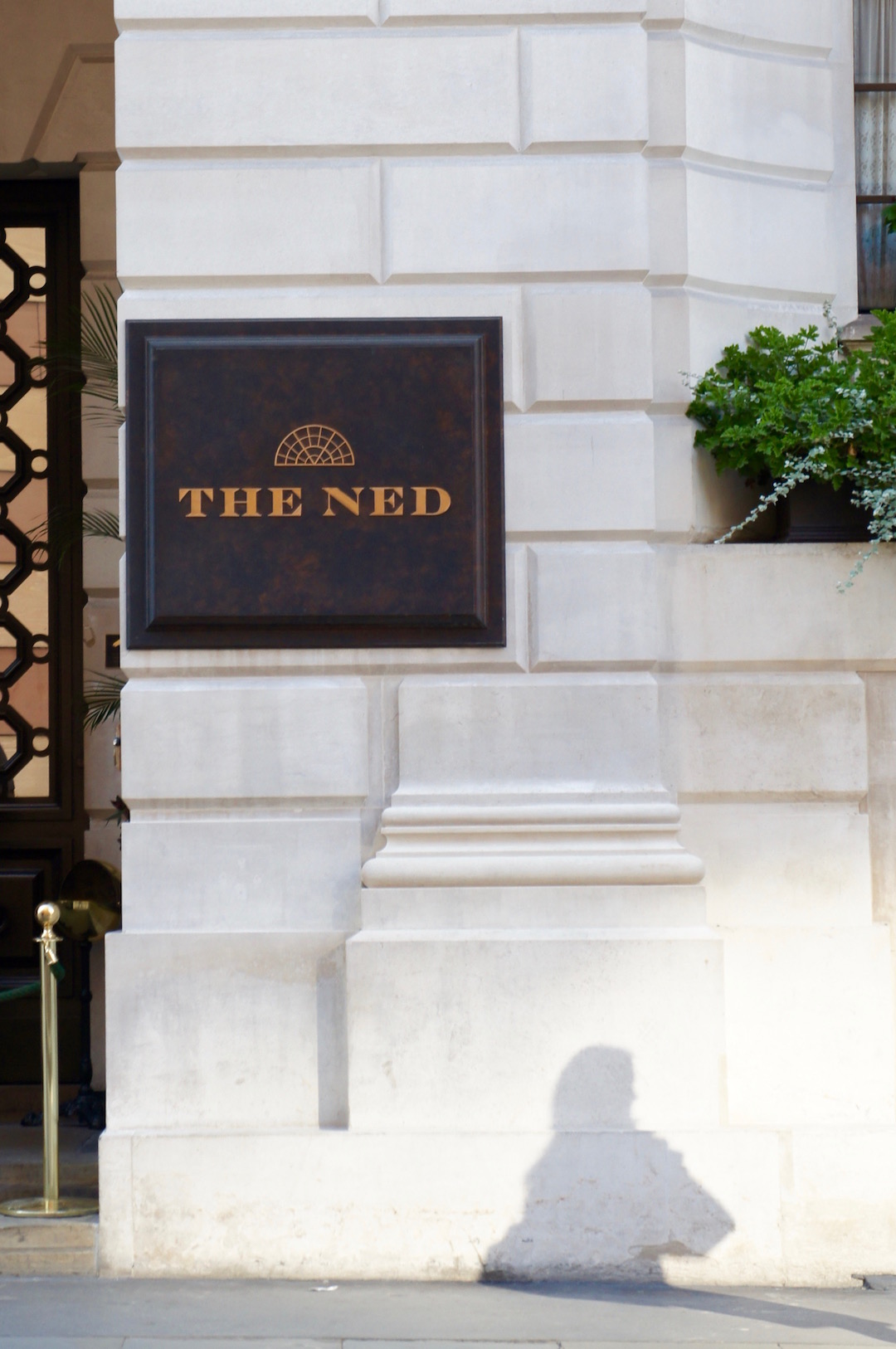 We opted to eat at Millie’s Lounge, one of nine restaurants located within the overwhelming, 3,000 square metre, former banking hall. Between the nine they cover many foods from all around the world, Millie’s being the British offering. 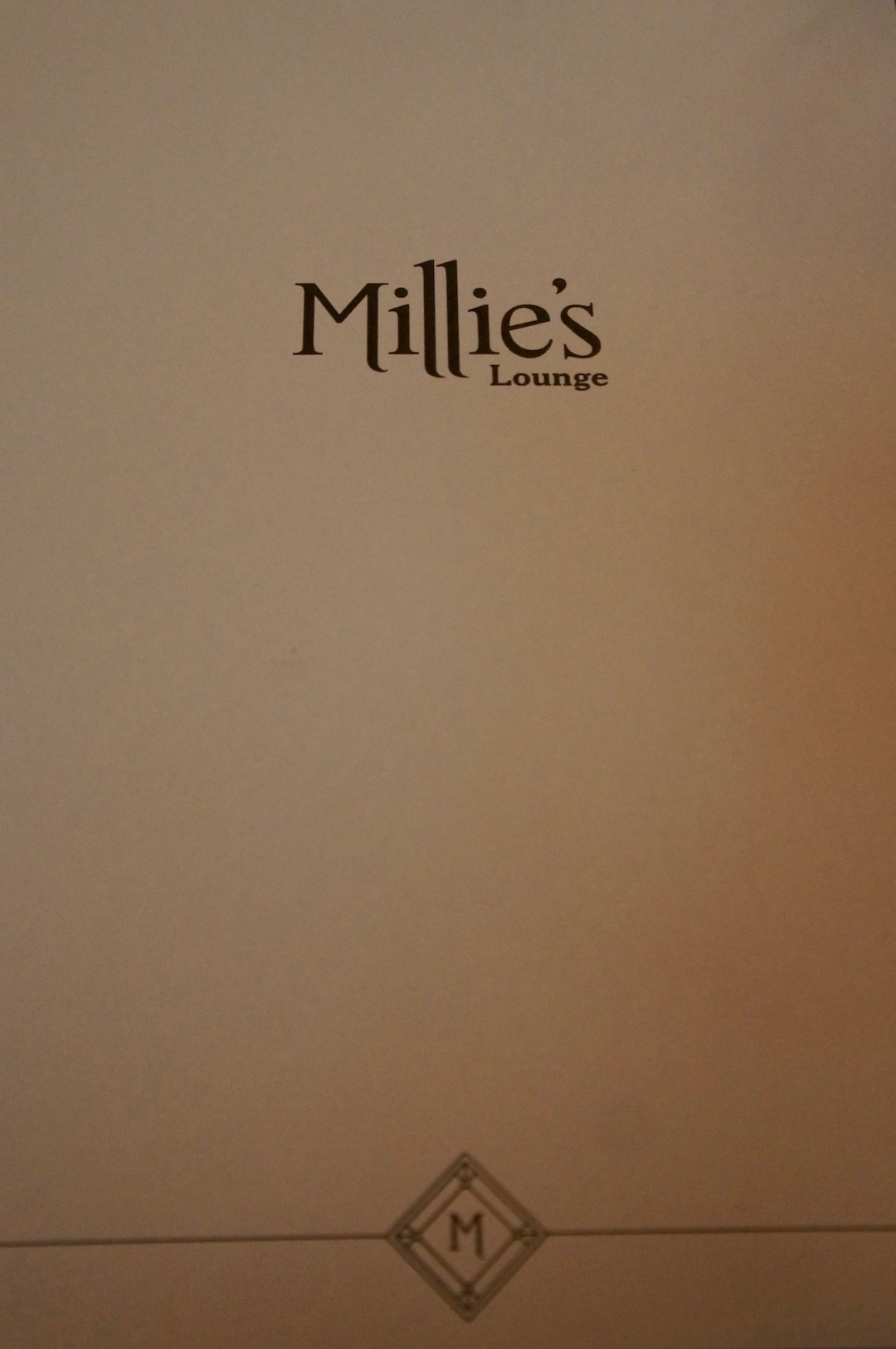 I arrived just before our reservation time and after getting slightly confused as to which one was Millie’s (there aren’t any sign posts around!), finally I found the right area and was brought right to our table. 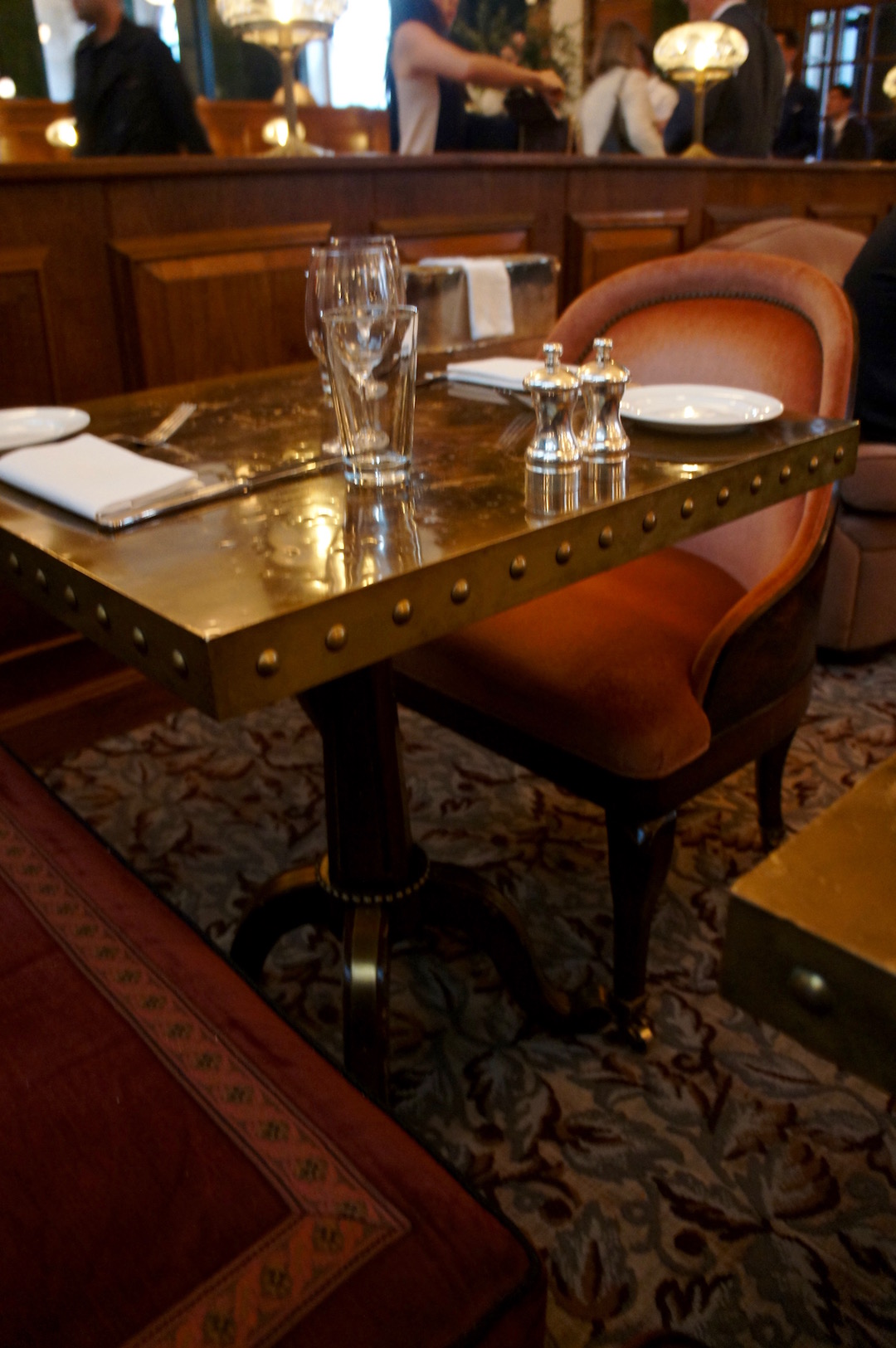 Glass topped wooden tables with rivets running along the side make for clever design juxtaposition against the plush pink velvet chairs, couches and benches. 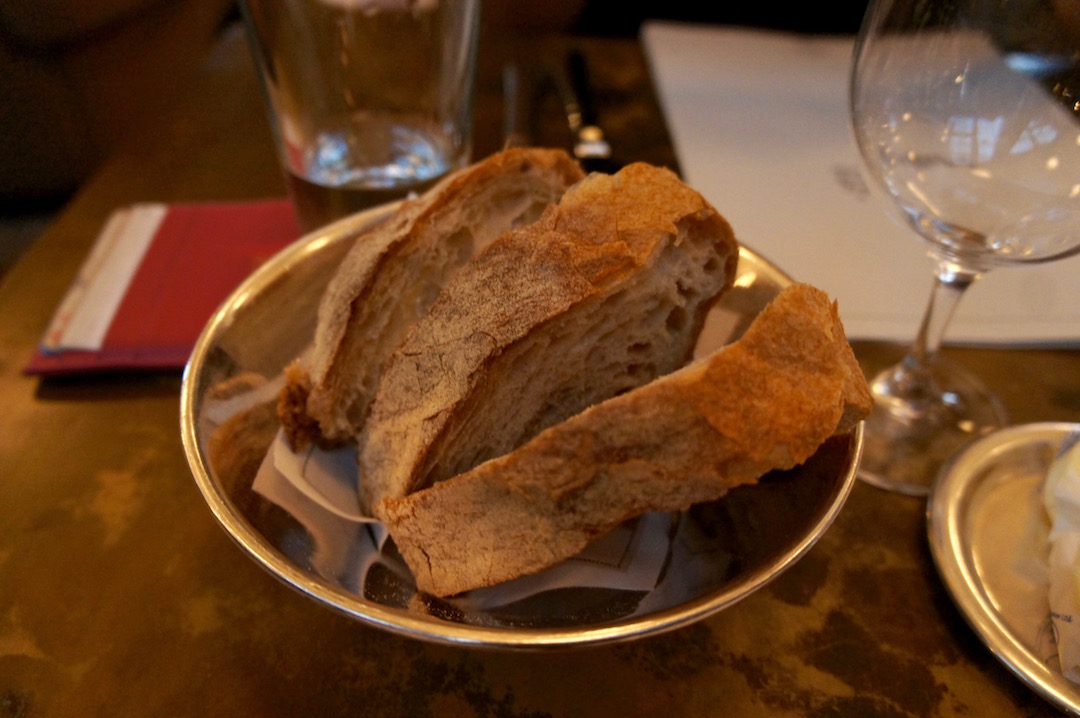 Once Sarah arrived we were brought some bread which was delicious, super soft but with a crunchy crust – look, either it was divine or I was exhausted from standing for so long just beforehand – either way, a great start! 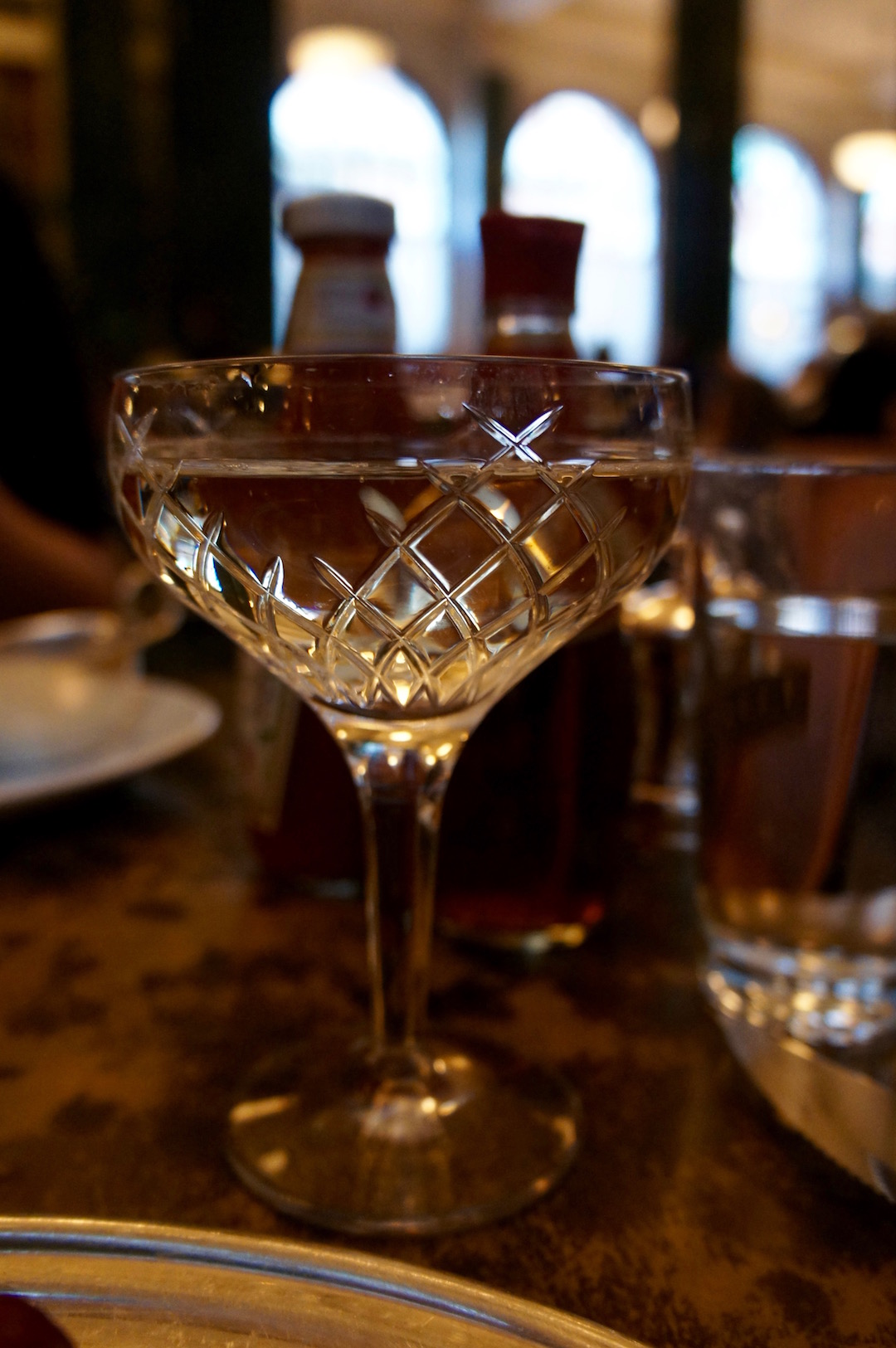 We ordered and popped open a bottle of bubbles because, as we decided at the time, it would have been rude not to!! After a normal enough amount of waiting time, our dinner arrived 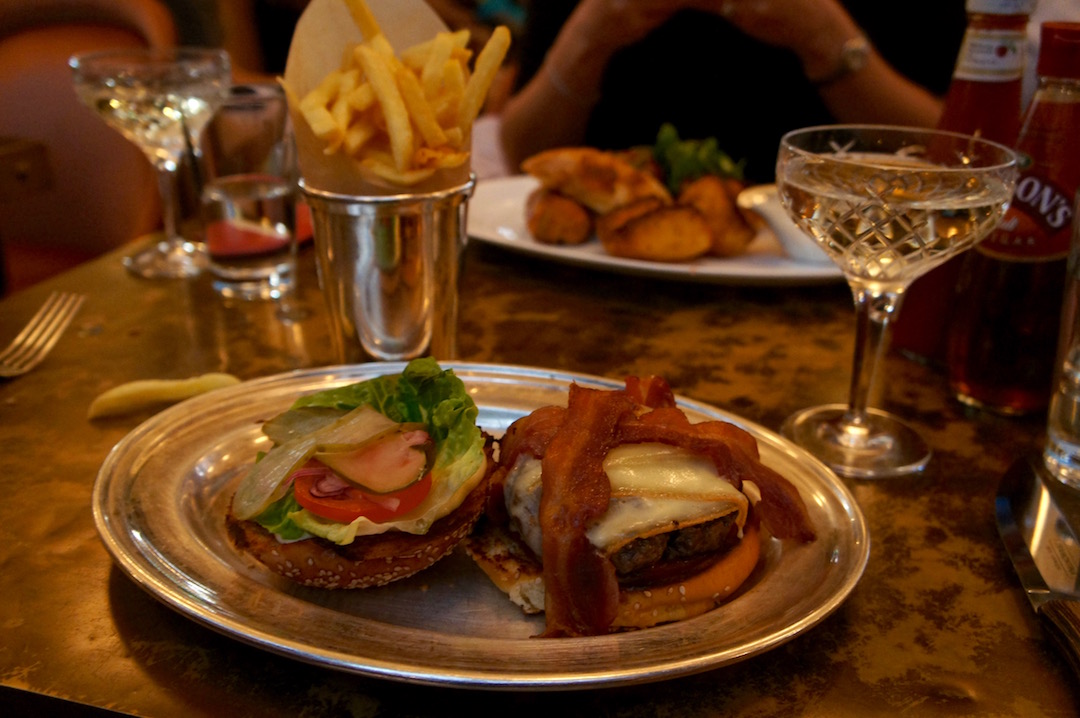 I went with Millie’s Cheeseburger, Bacon and Chips, which was served on a silver platter and very tasty indeed! 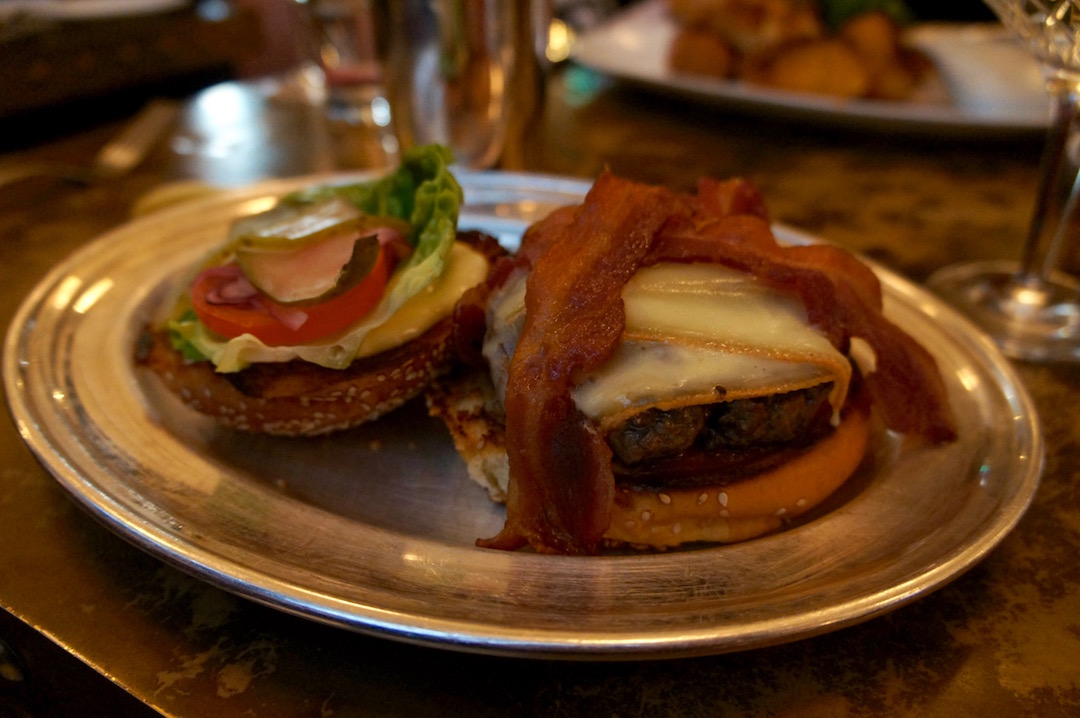 Sarah had Roast Banham Chicken, Chipolatas, Sage Stuffing which was served with a portion of gravy on the side – a nice touch I thought 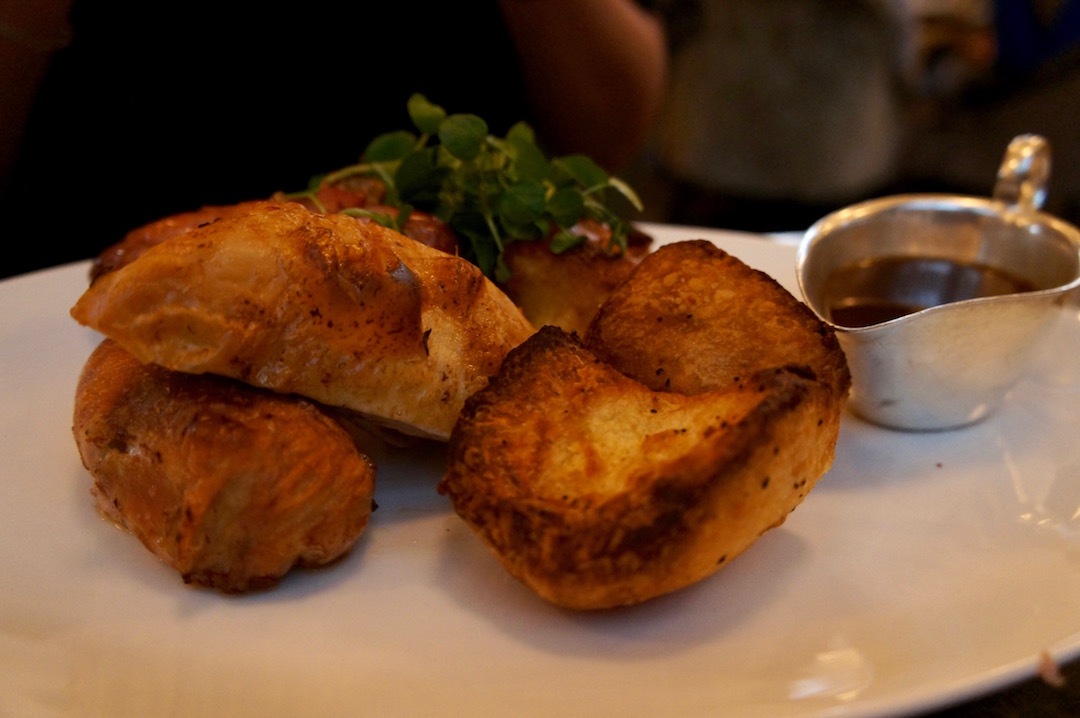 The decor and ambiance was great at The Ned, but only to a point. Unfortunately, once the jazz band got started, to be able to continue conversation everyone in the place raised their voices and as there are no partitions, the sound reverberates off of every marble pillar, wall and ceiling in the place, it’s a genuine cacophony of sound and it rattles your brain 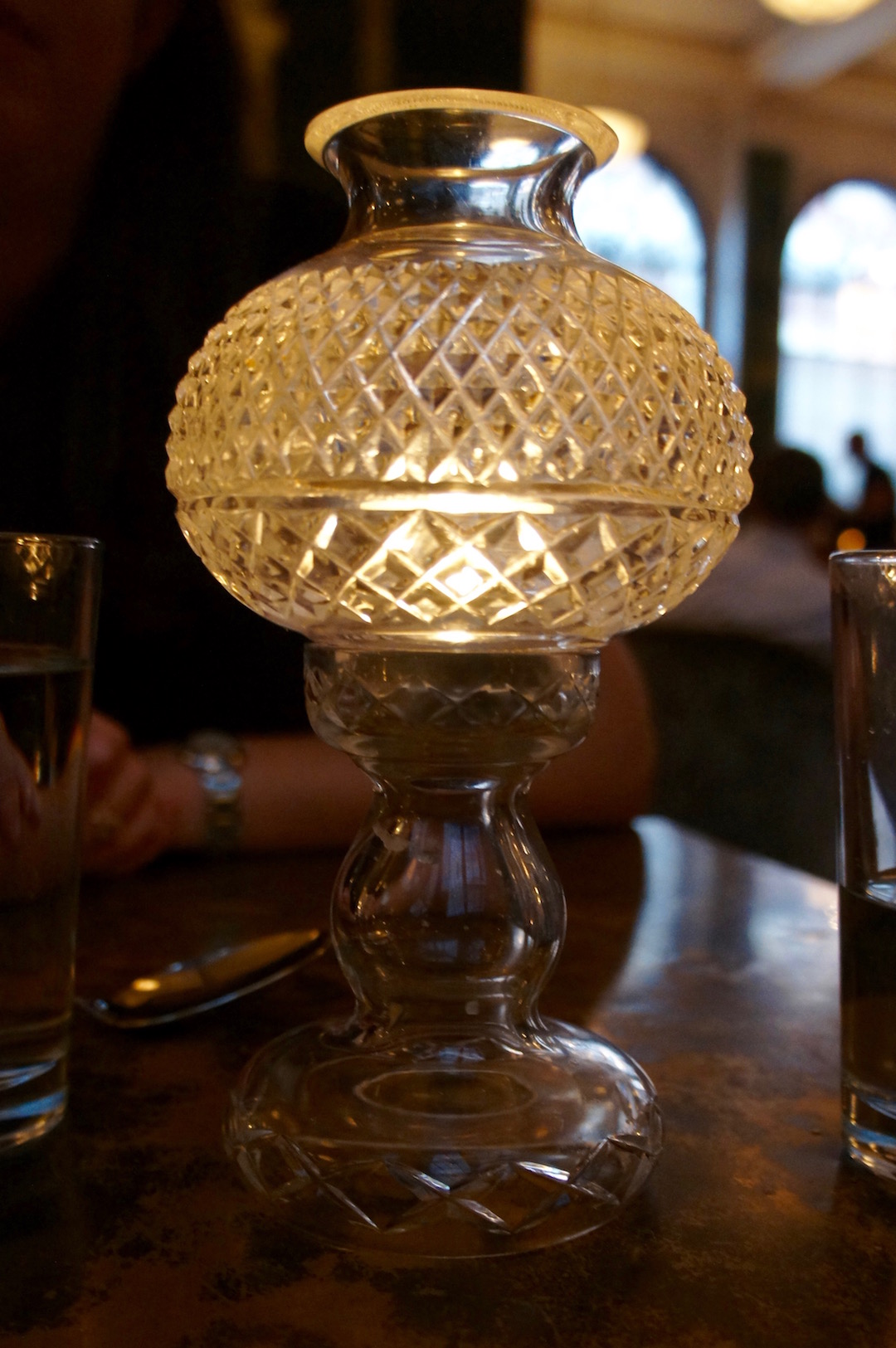 We also became disheartened with the service, the busier the night got and the more people they took in, the more we were forgotten about. We had purchased a bottle of champagne and had to – literally – get up from the table, go find which bucket was ours and bring it back to the table as it had been so long since we’d been served, we also had to request water four times from three different servers before we were brought any and when we were, it was in tiny glasses which was just no good at all 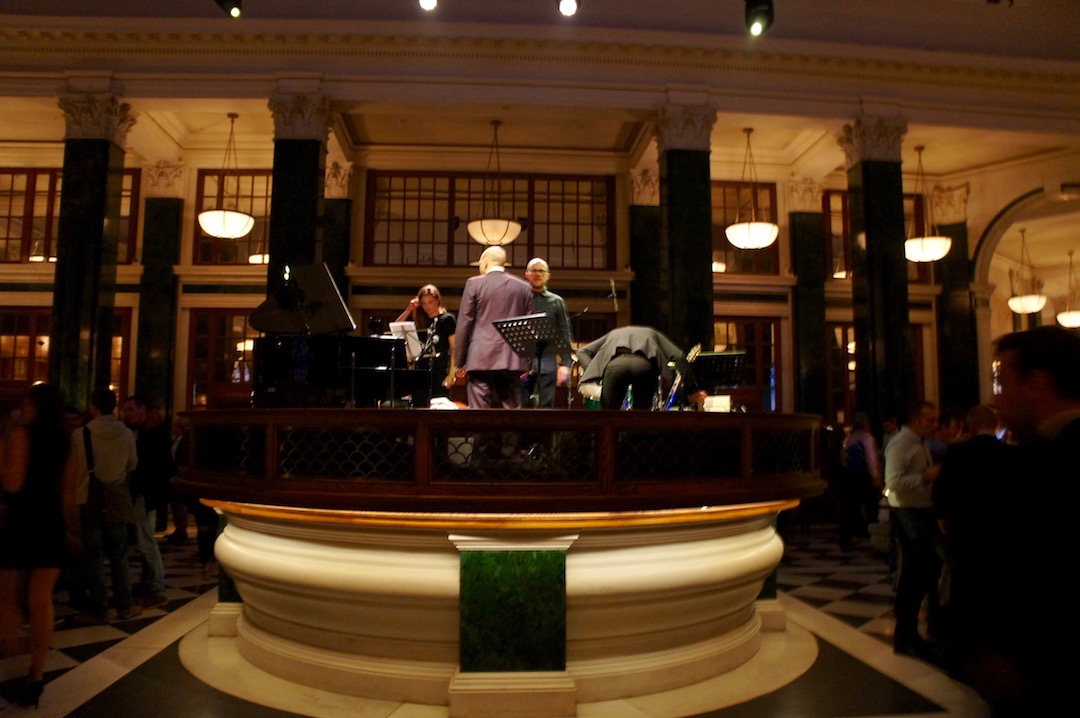 We persevered anyway and ordered a dessert to share 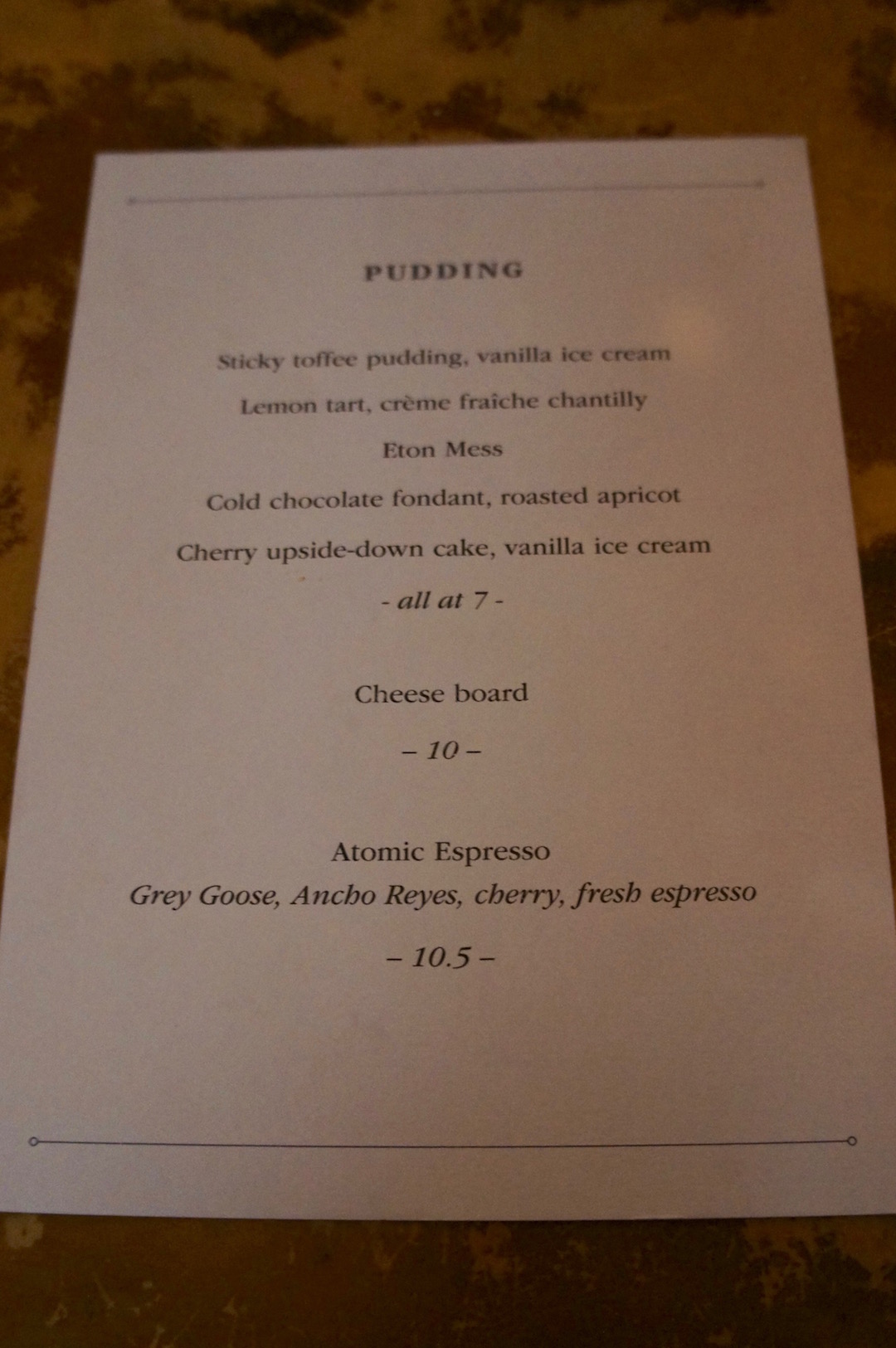 Visually, it was nothing to be desired when it was whacked down on our table but it has to be said, the sticky toffee pudding with vanilla ice cream, although heavy, was excellent and we thoroughly enjoyed it 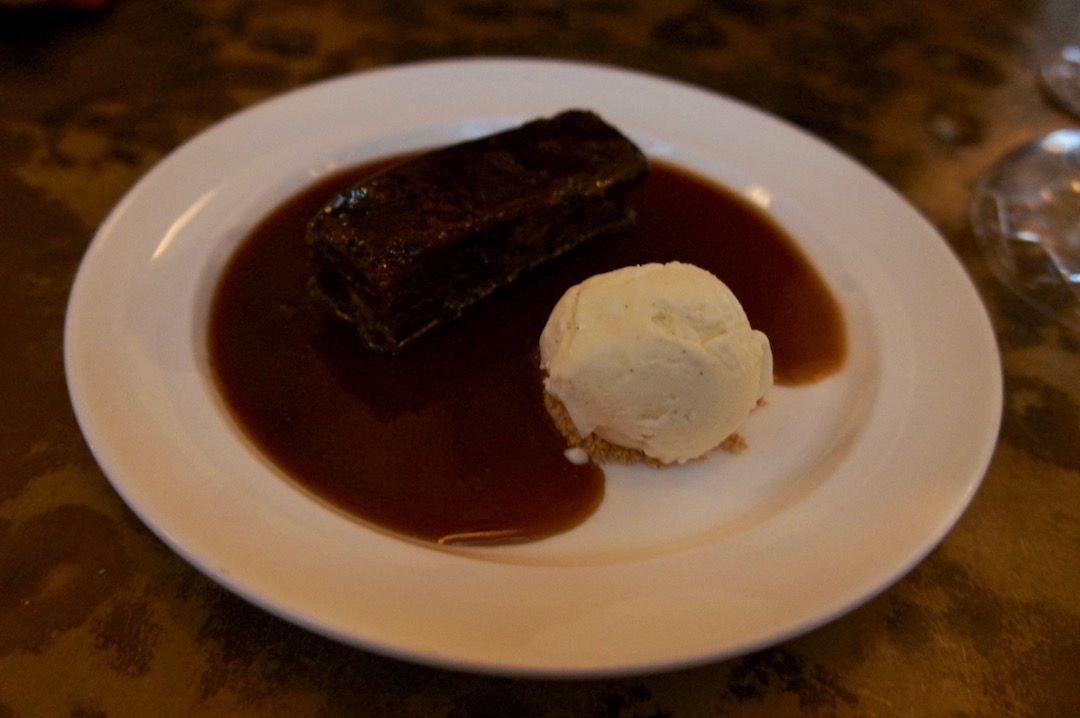 Afterwards we made our way to the ladies room located downstairs – with ulterior motives to get a glimpse of the private members area people have been banging on about – not much to report as there wasn’t much to see, but it’s undeniable – 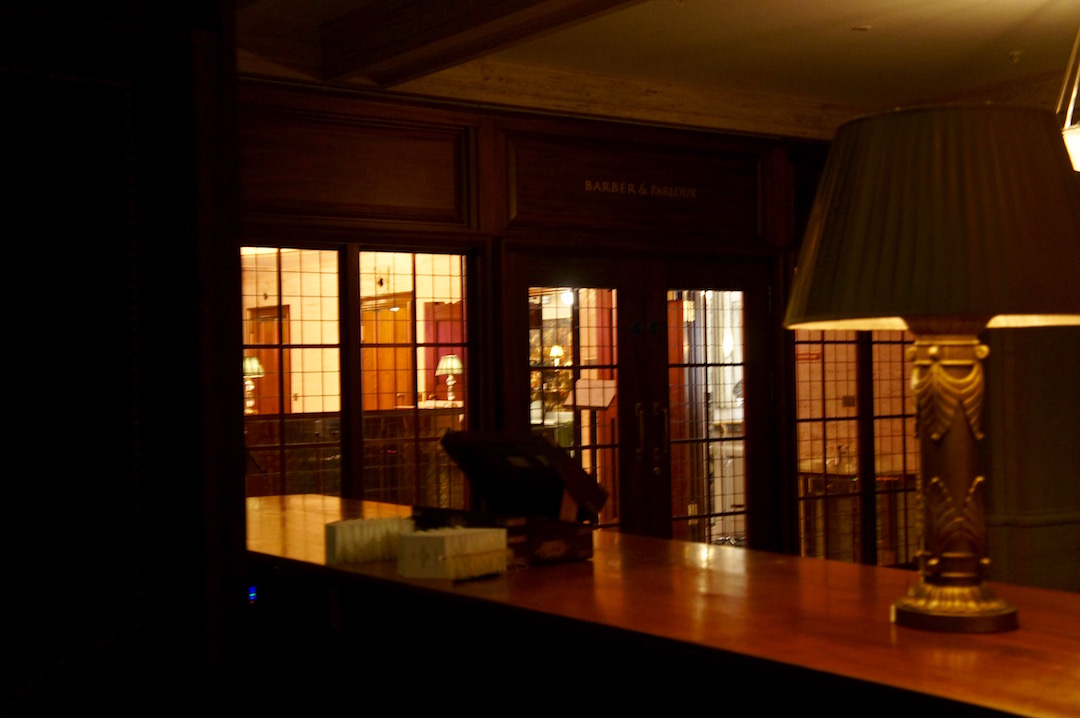 The entrance to the club, is dope – and I never use that word! The door is that of the safe from the buildings banking days and it’s just plain dope! 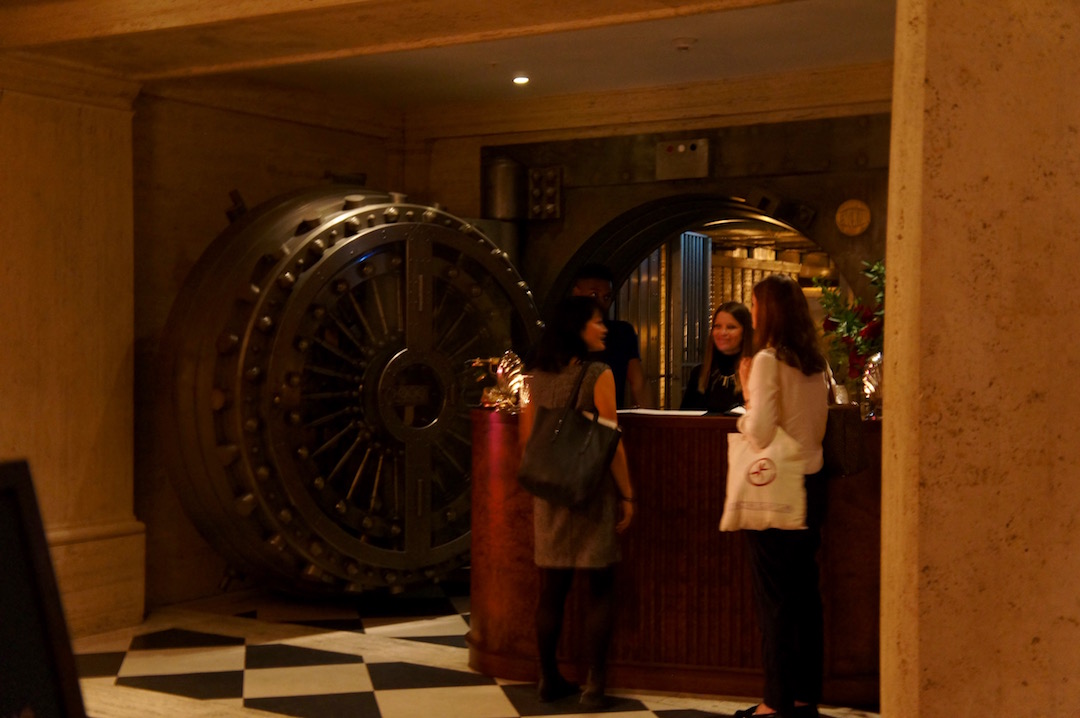 The women’s bathroom’s are ridiculous, really gorgeous – we had a serious conversation about whether anyone would stop us if we nonchalantly carried the sofa out of the powder area and home with us on the tube….! 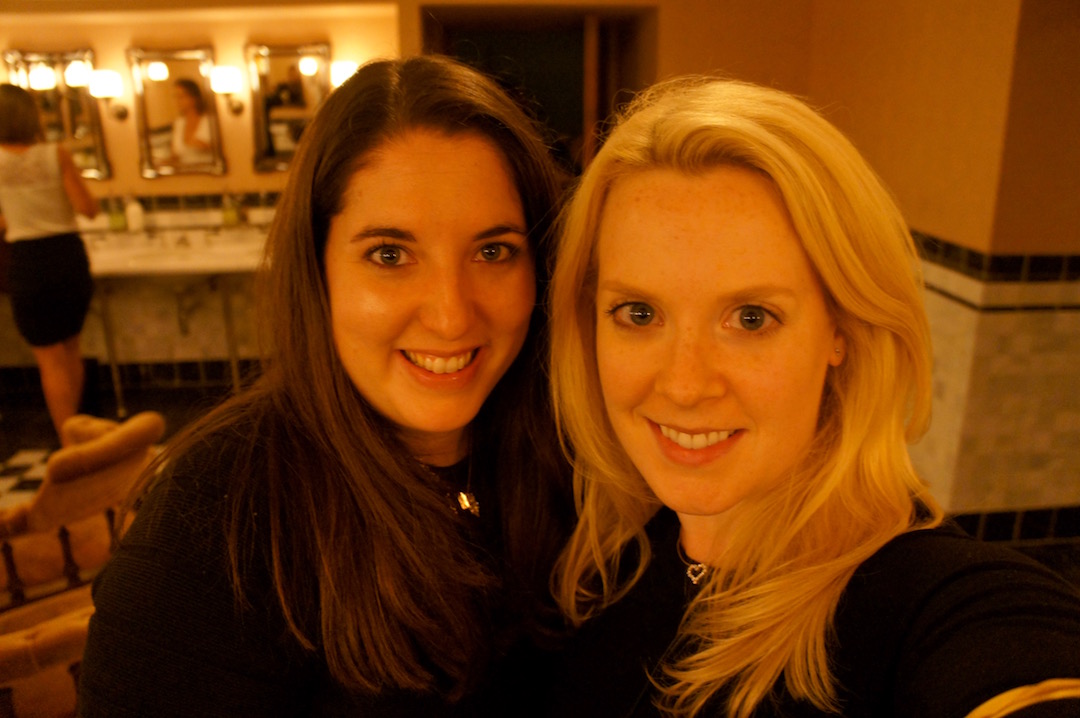 Ultimately deciding against thievery, we headed back upstairs, weaving our way through suit after suit to finally exit into the crisp night air 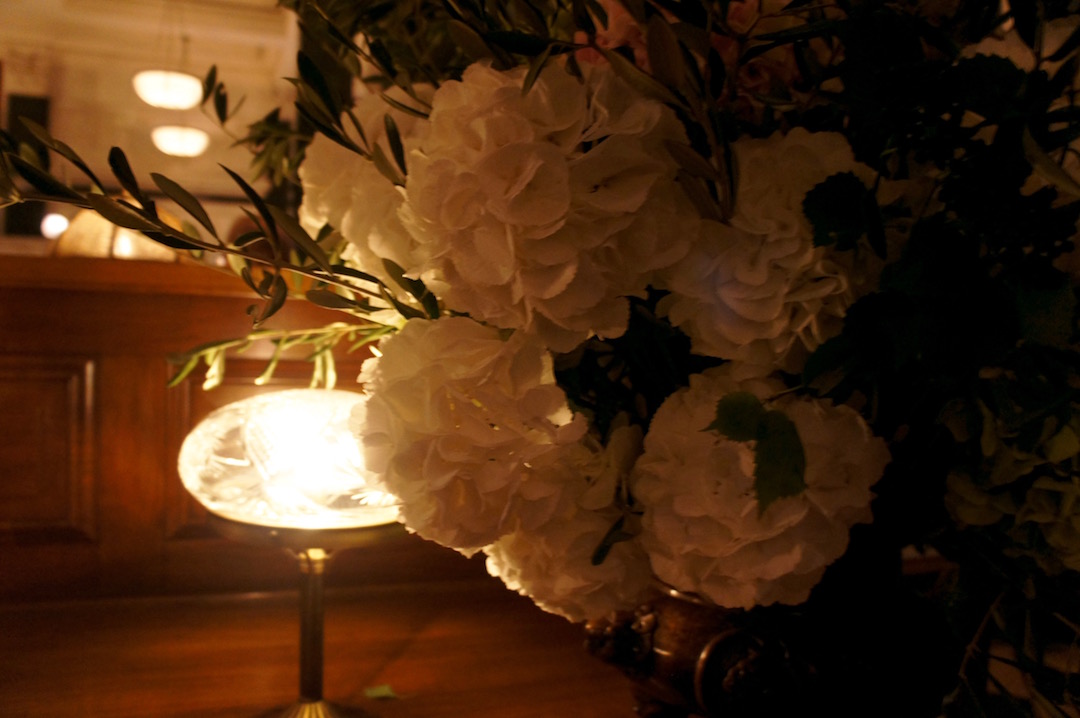 A real mixed bag here. I think my final feelings are that it is perhaps better during the day, maybe for afternoon tea when there are less people about. If you are going for a meal just be warned that it’ll be very loud, but that might not bother you, personally I left with a headache, which was a real shame because I don’t think I would have left as early had it not been for that irritation. I think The Ned is best enjoyed after work for a drink, some small talk and then to head home, anything longer and it all becomes just a bit much. 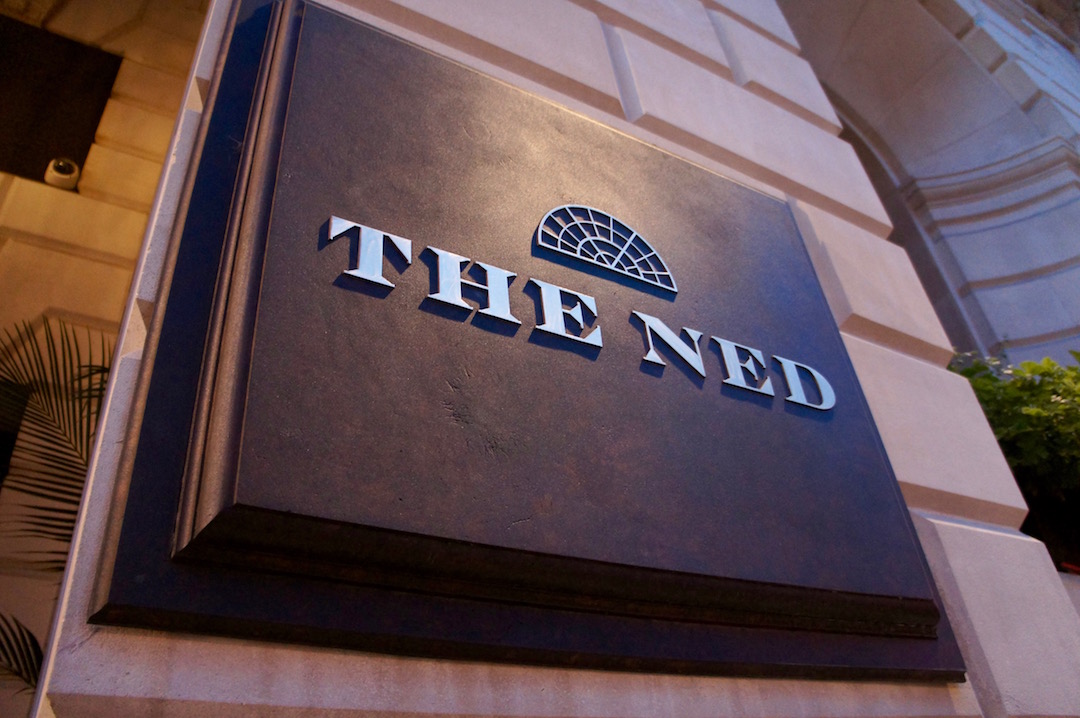 What about you? Have you guys had similar experiences, or am I just too much of a Granny these days? I’d love to hear what your experiences were, drop me a line in the comments below!