The Natural History Museum is one of those tourist hot spots that I always meant to visit but just hadn’t got around to (déjà vu!), so before leaving London, we slipped on our walking shoes and headed straight to South Kensington to tick it off our list 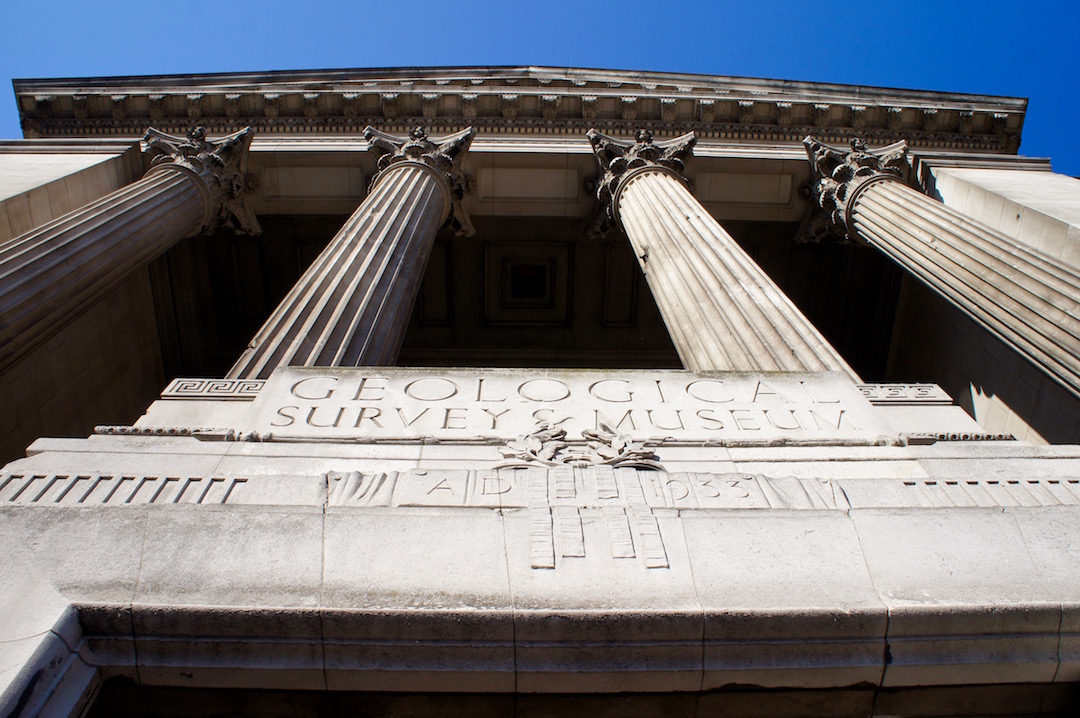 We went mid week and arrived about 15mins before the doors opened. Whenever schools are out though, you should probably head there a bit earlier than that – if you want any hope of getting photos without too many people in your shot that is! 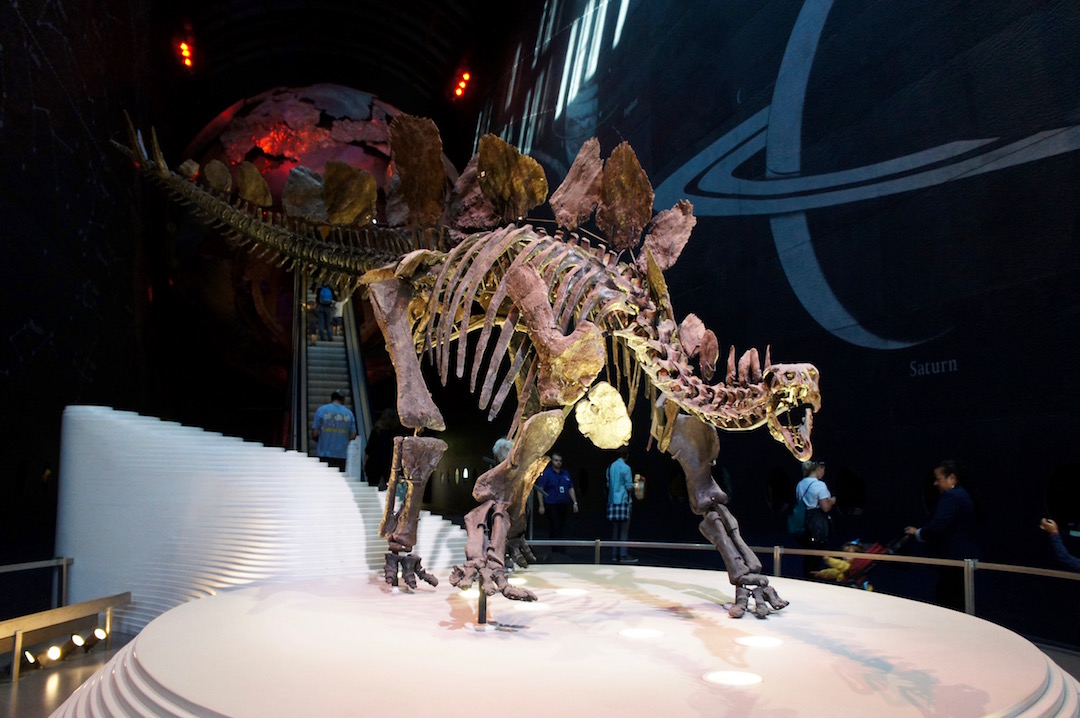 We entered, had our bag checked and were then greeted by this ^ happy fella.

My goal was to get to Hintze Hall (the one with the staircase) as early as possible, so we ignored everything else and went straight there

It didn’t disappoint and with the newly included 25.2 metre long, female Blue Whale “Hope”, it was quite a sight to behold 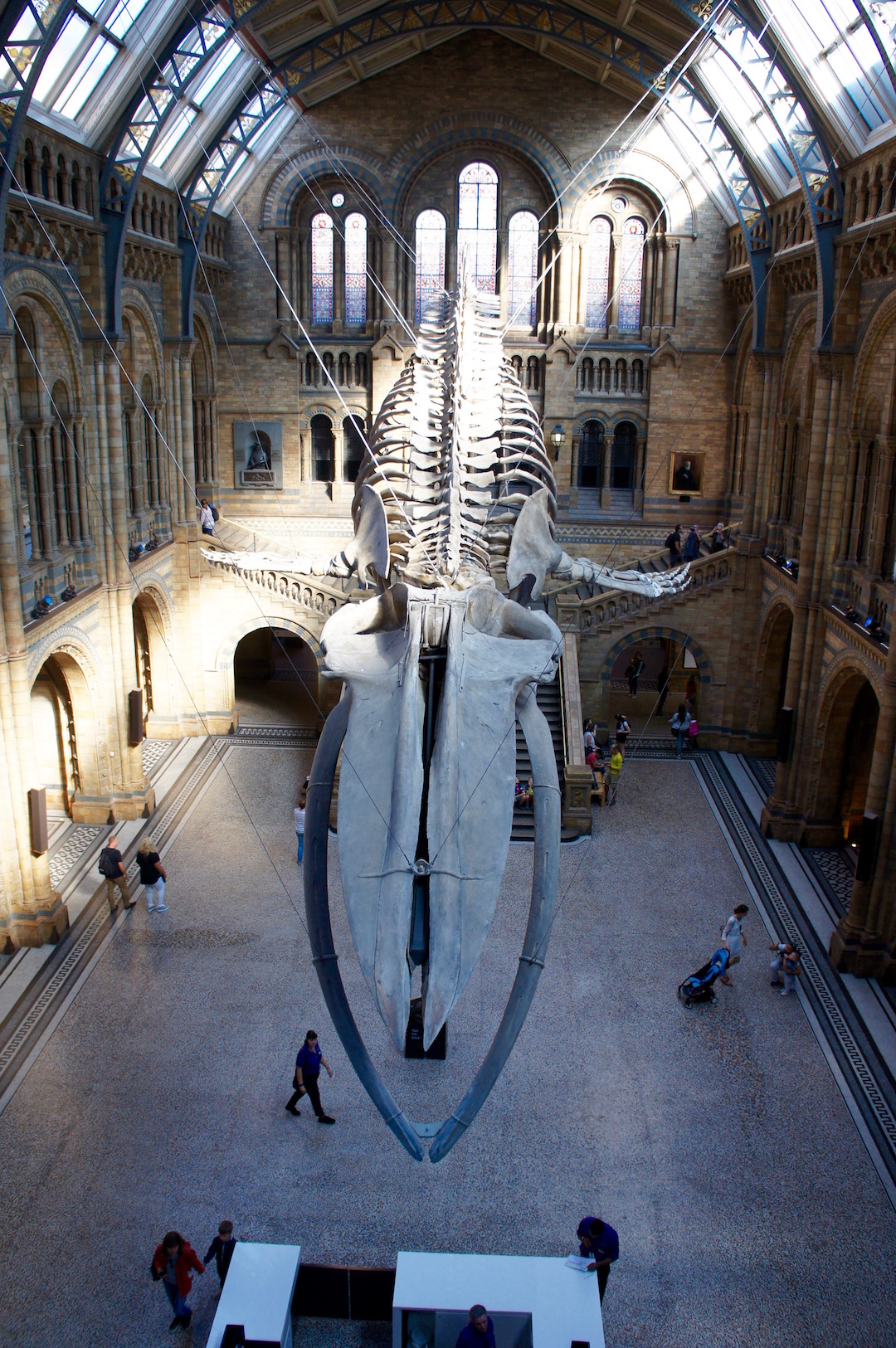 The skeleton arrived in July of this year, it’s suspended from the ceiling and is positioned to look like she’s diving towards you when you enter the space – it’s really incredible – take your breath away stuff! 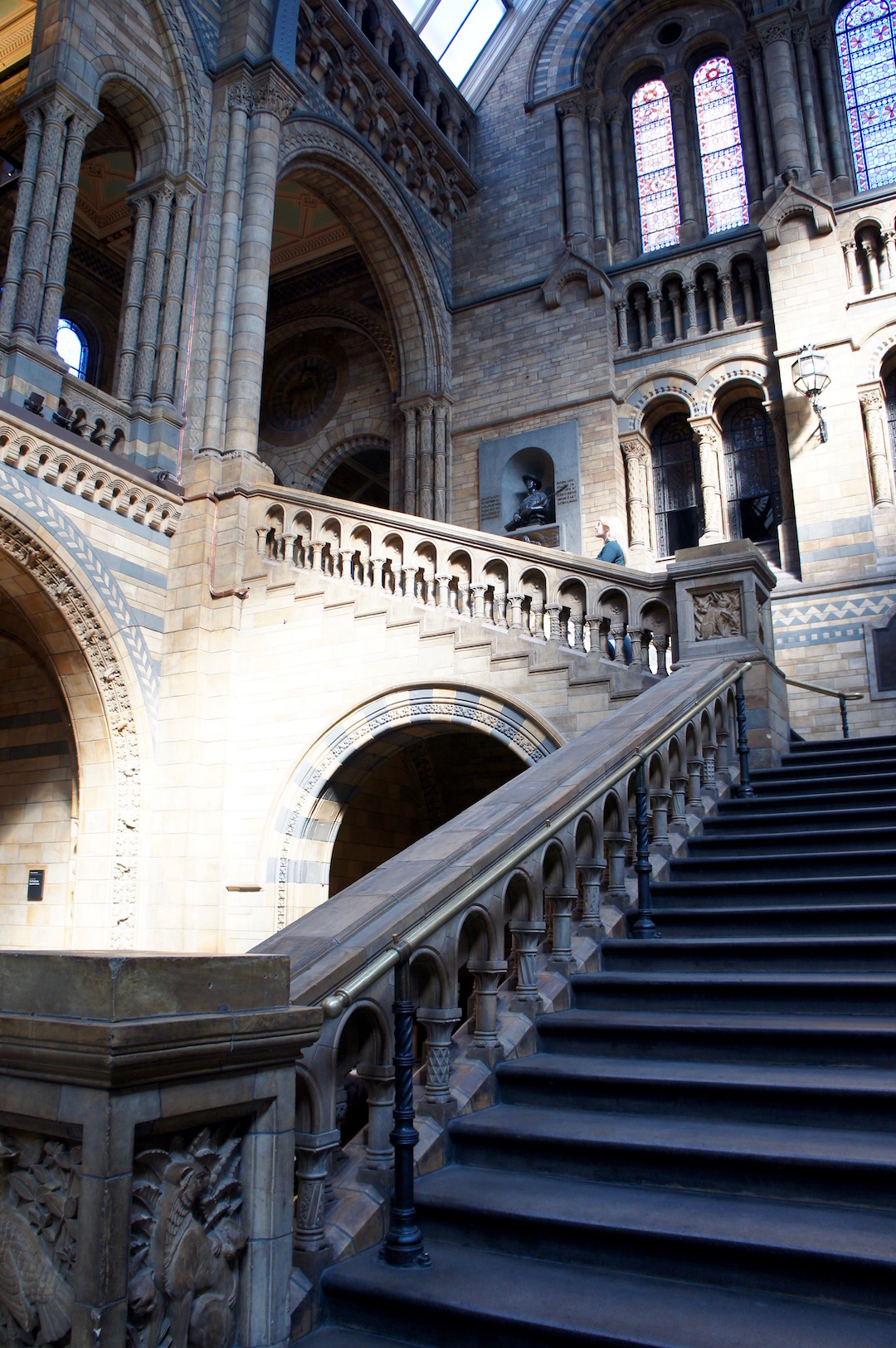 I could easily have roamed around Hintze Hall for at least an hour, but Himself rightly convinced me to explore a bit further and that we would perhaps circle back to the Hall before we left 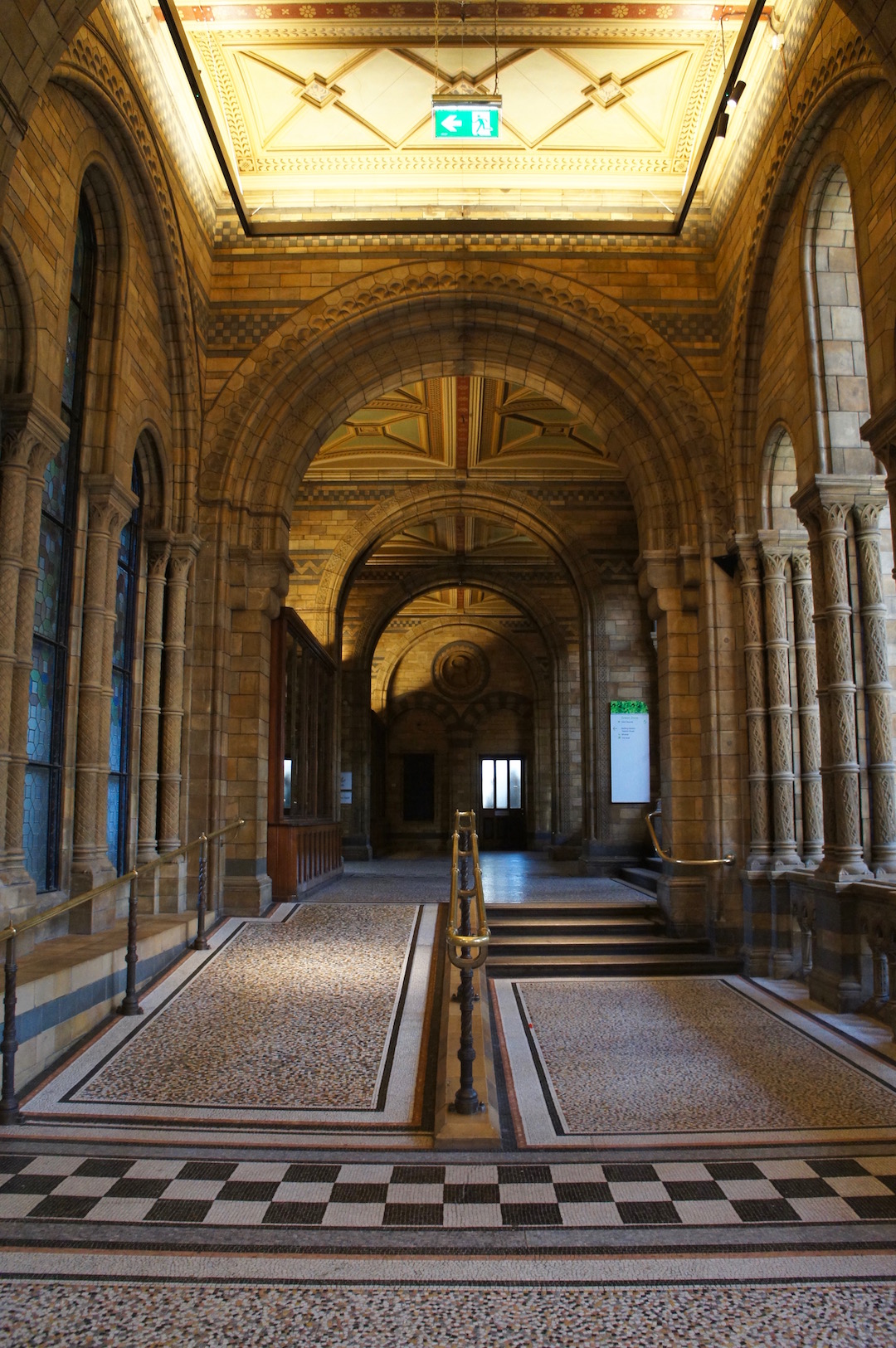 If seeing Hope in Hintze Hall was my goal, Himself’s was to bring me to the Dinosaur area, his fave. We were surprised to see so much work being done on it, but we got to see all the best bits, including the animatronic T-Rex who is situated toward the back of the area, so we were happy! 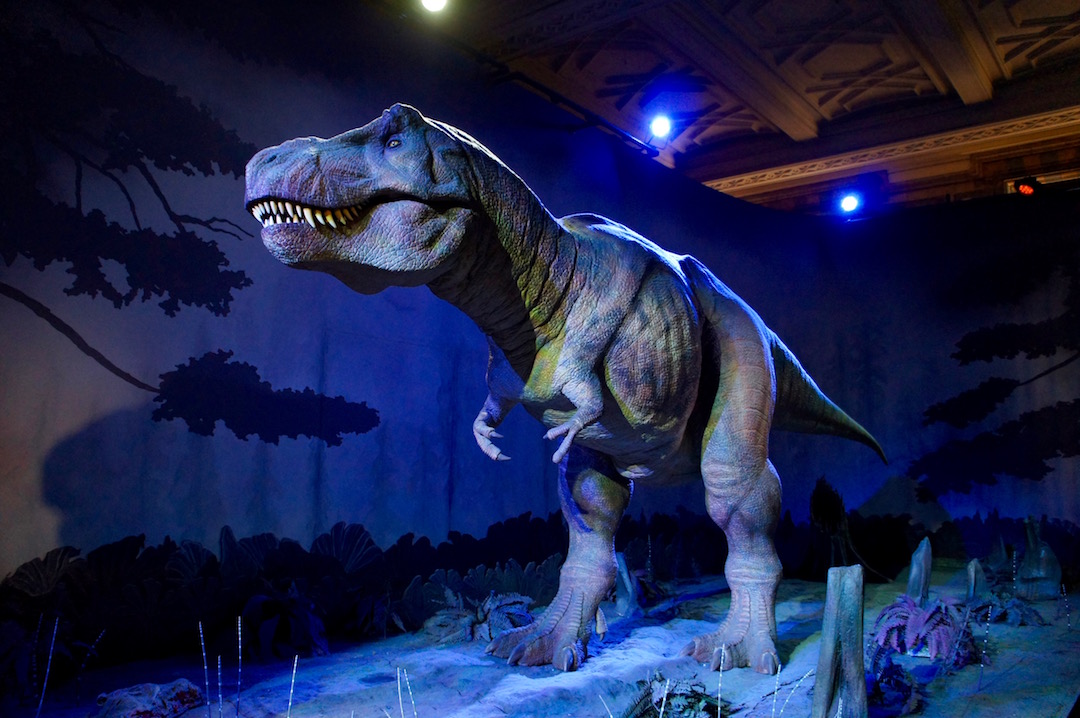 Afterwards we explored the section dedicated to us Humans, the area on memory was my favourite as it had lots of little games dotted around, entertaining both kids and adults alike 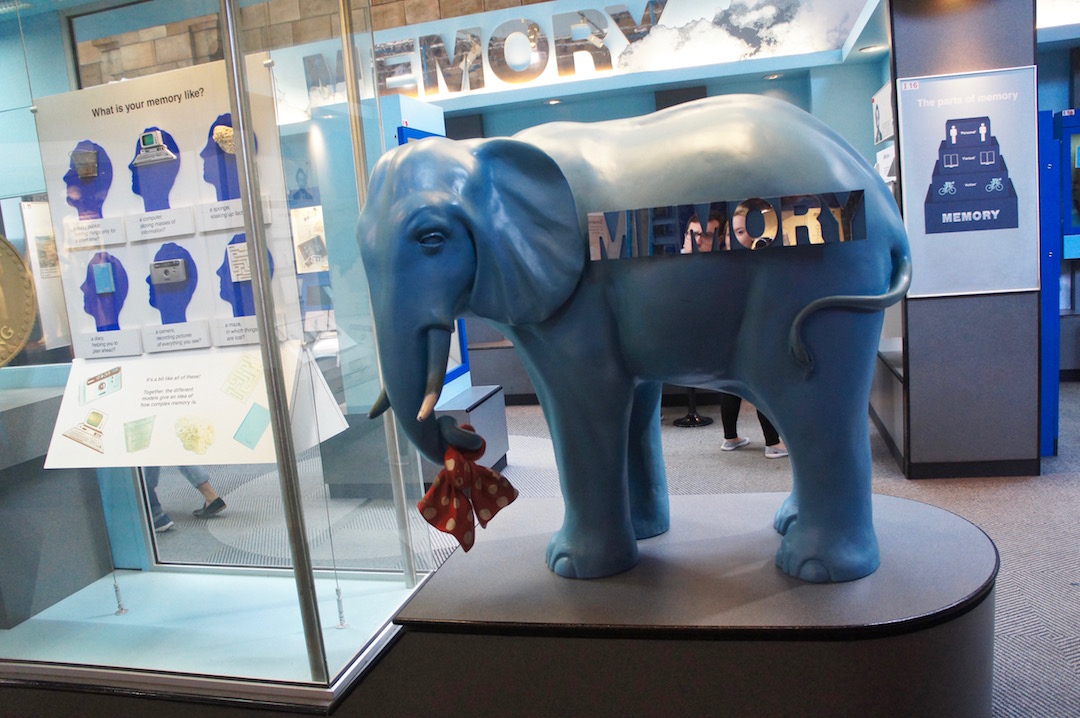 Himself had a great time with the perception area… 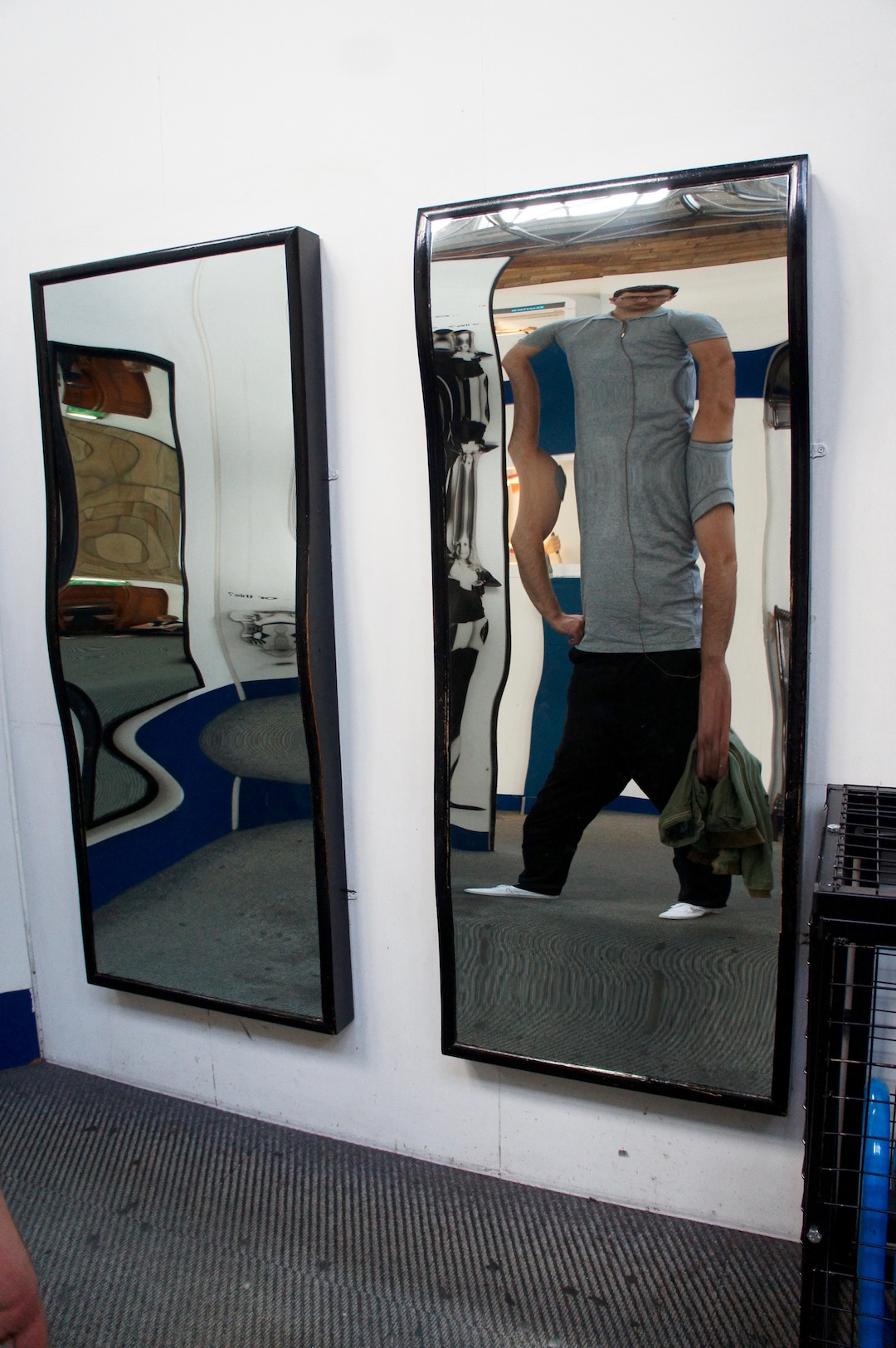 We stopped off for a coffee, their café is nice but it’s ferociously expensive! I’d recommend getting your coffee elsewhere – maybe drink it whilst you’re in the queue before heading in! 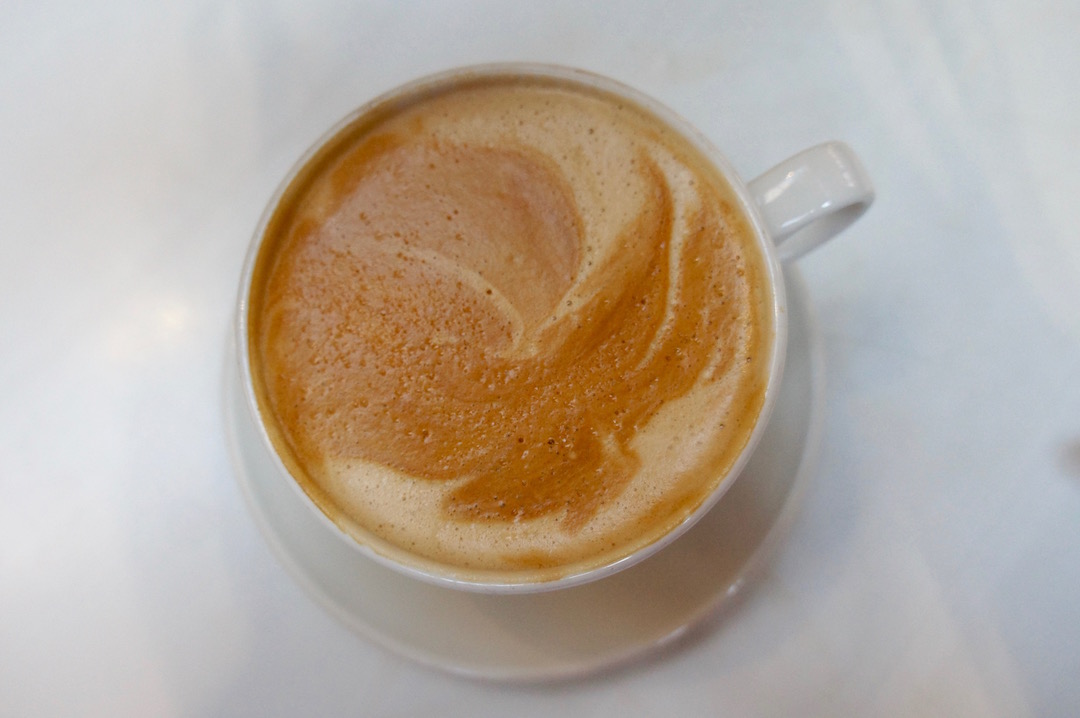 We roamed the halls looking at the science bit, but also at lots of beautiful artwork 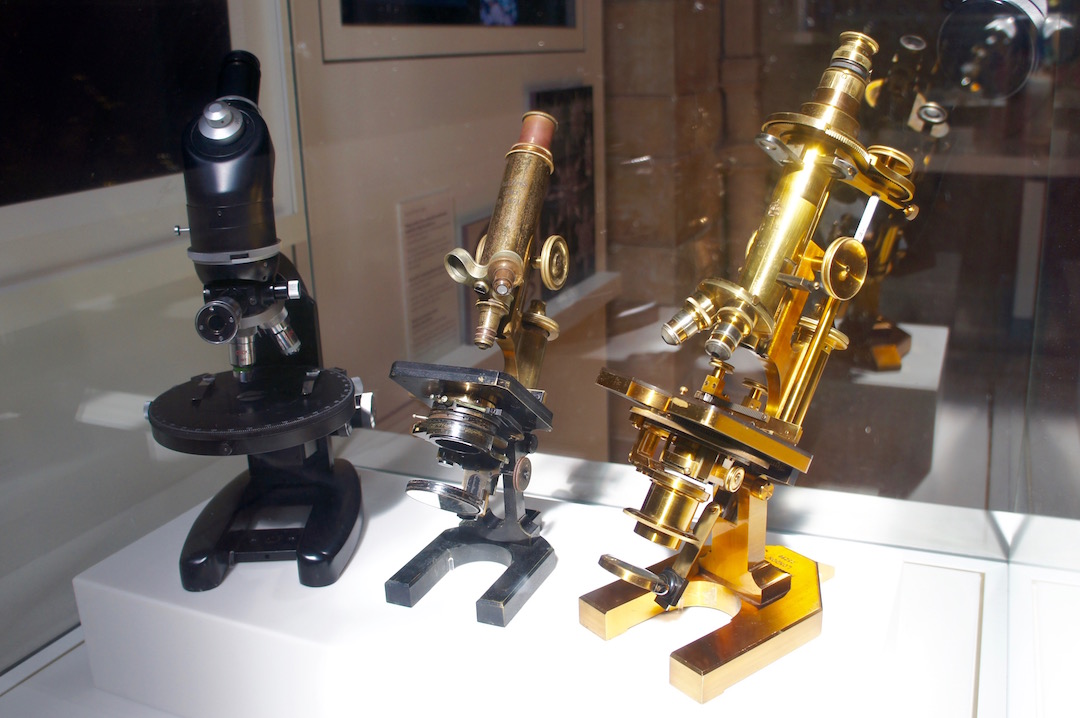 there were sketches, full blown paintings as well as sculptures – these guys were our favourite 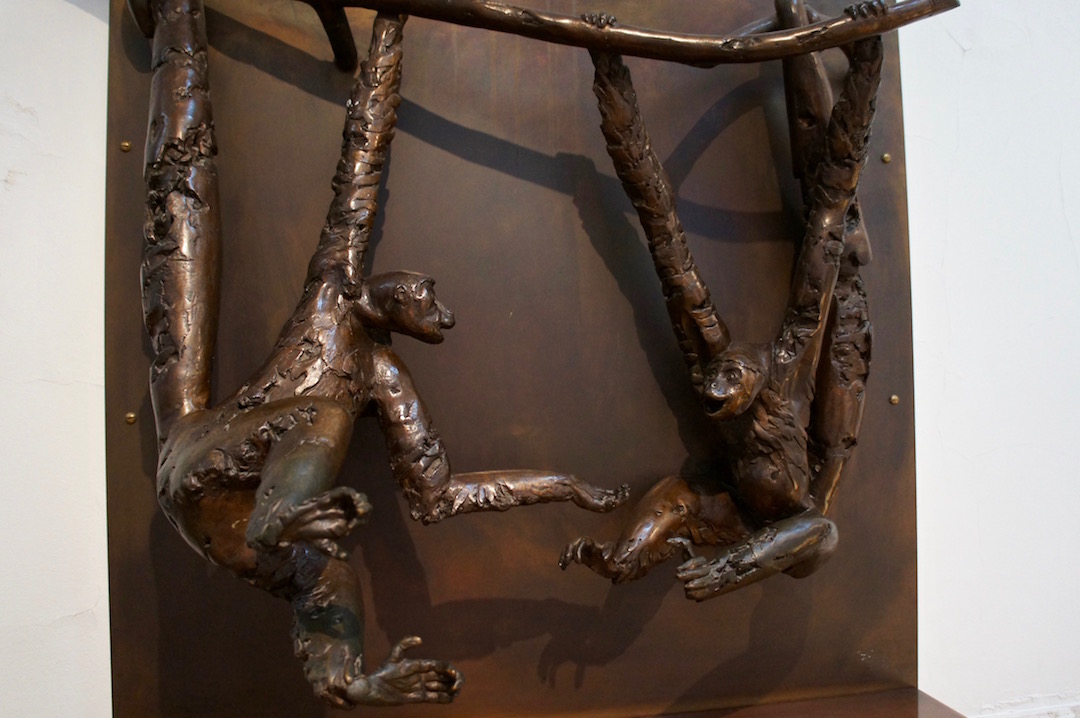 As agreed, we headed back to Hintze Hall before leaving 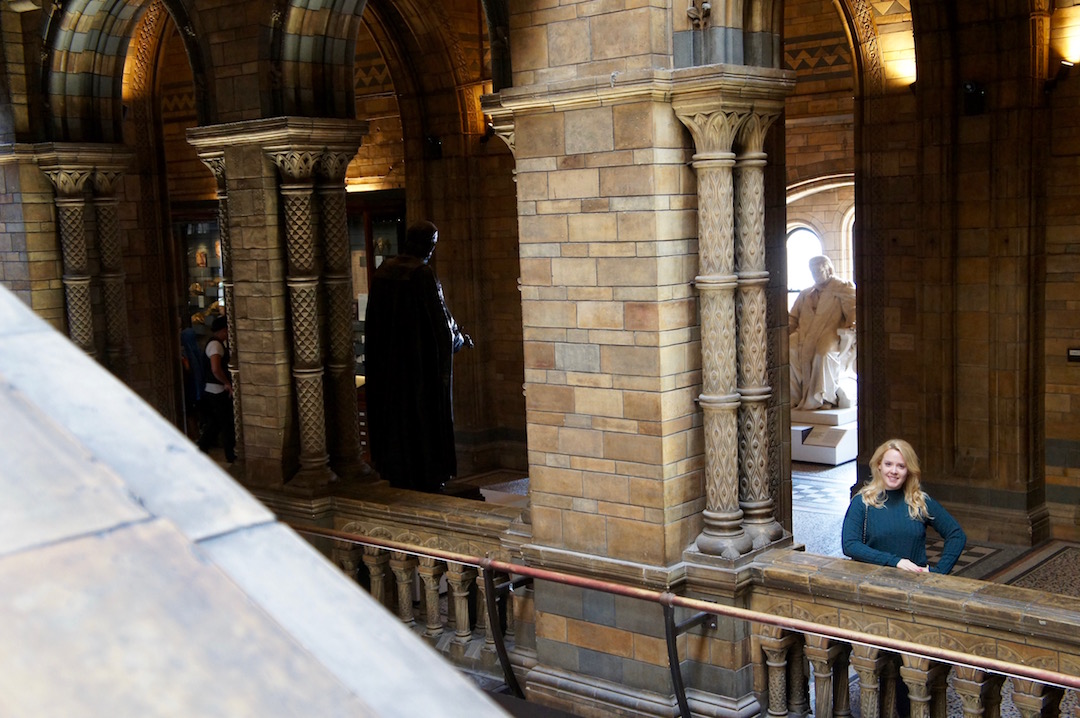 The hall was flooded with daylight as opposed to the few strands of morning light we had seen earlier, making Hope’s magnificence stand out even more

This photo below had me thinking of Hogwarts – anyone else?

We spent about three hours exploring and the time went by in a flash, there’s so much to see – basically, a visit to the Natural History Museum is a must – I just insist! 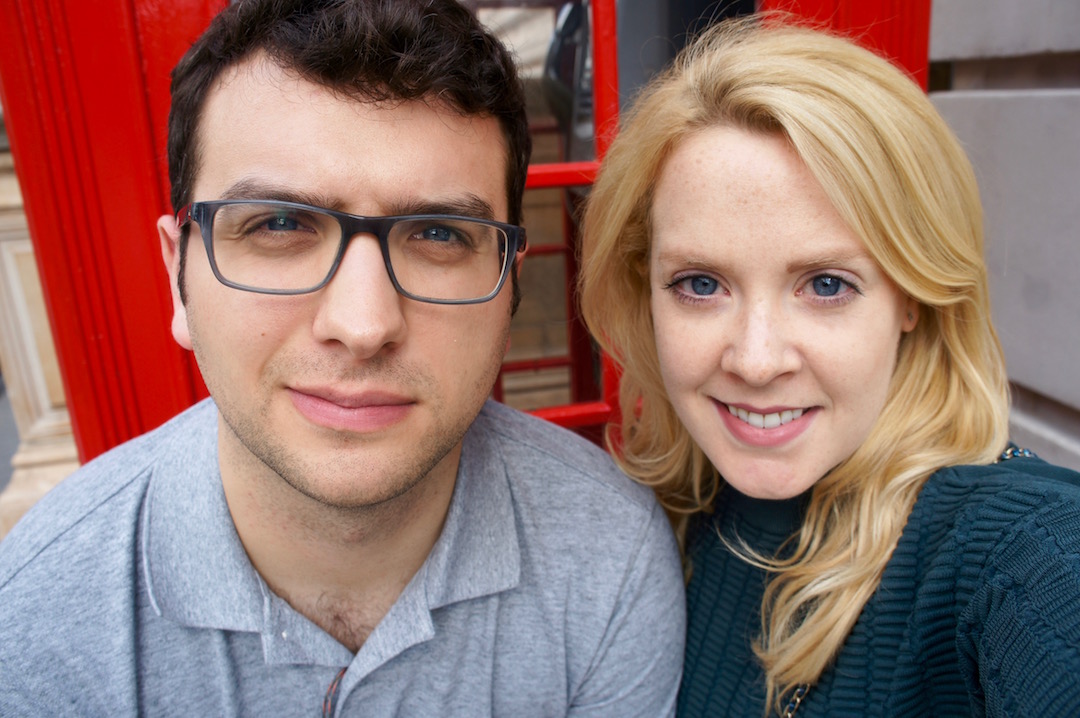 For lunch, we stopped into Brown & Rosie on Exhibition Road, a gorgeous little coffee shop who show you how brunch should really be done! 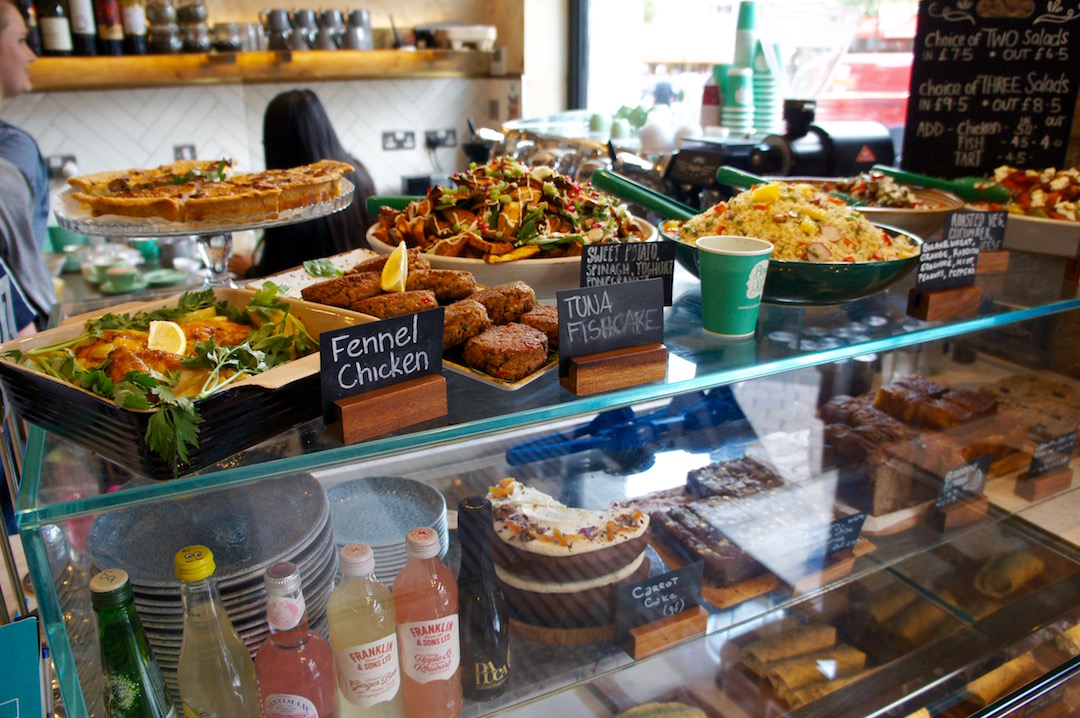 Himself had their corn fritters with poached egg and smashed avocado 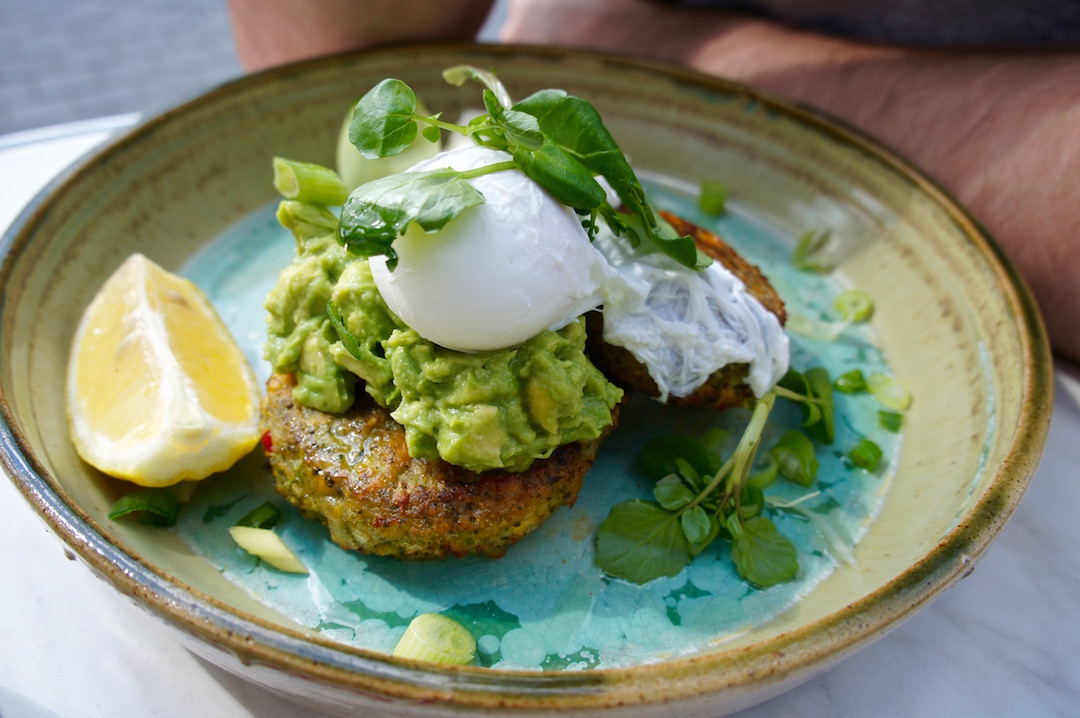 Whilst I – true to form – had their poached eggs on sourdough bread (and then I stole some of Himself’s avo!!)

We had a fantastic morning, jam packed full of good touristing and all done by 1:30pm! 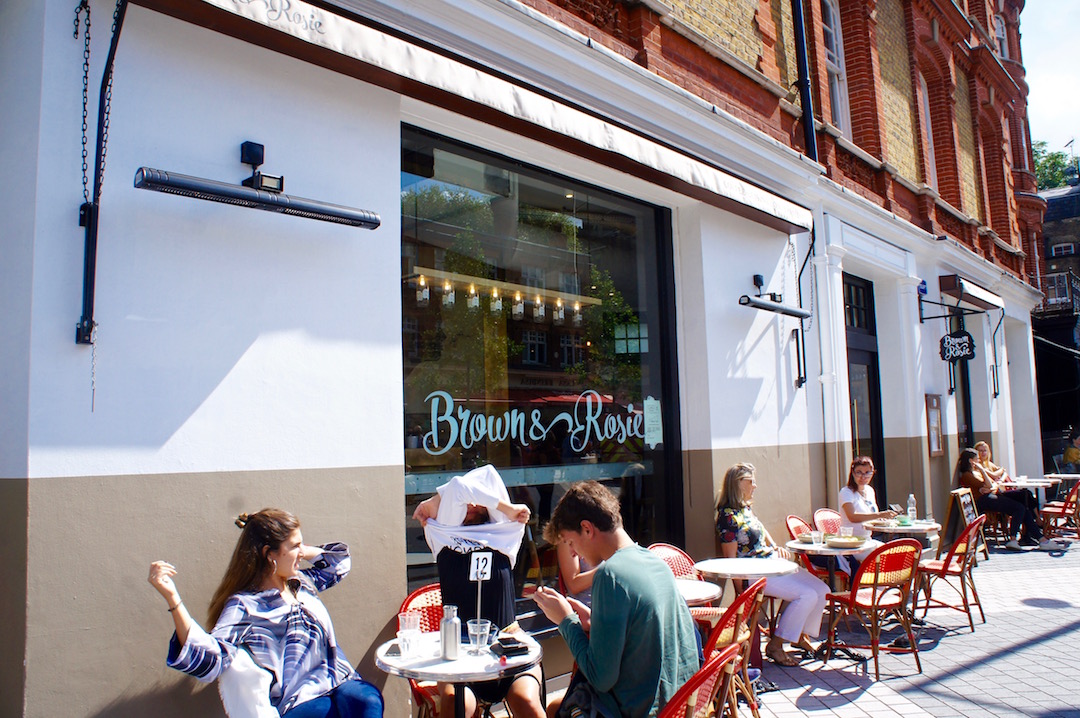 And as no tourist excursion is quite complete without your very own London telephone box photo, I happily obliged! 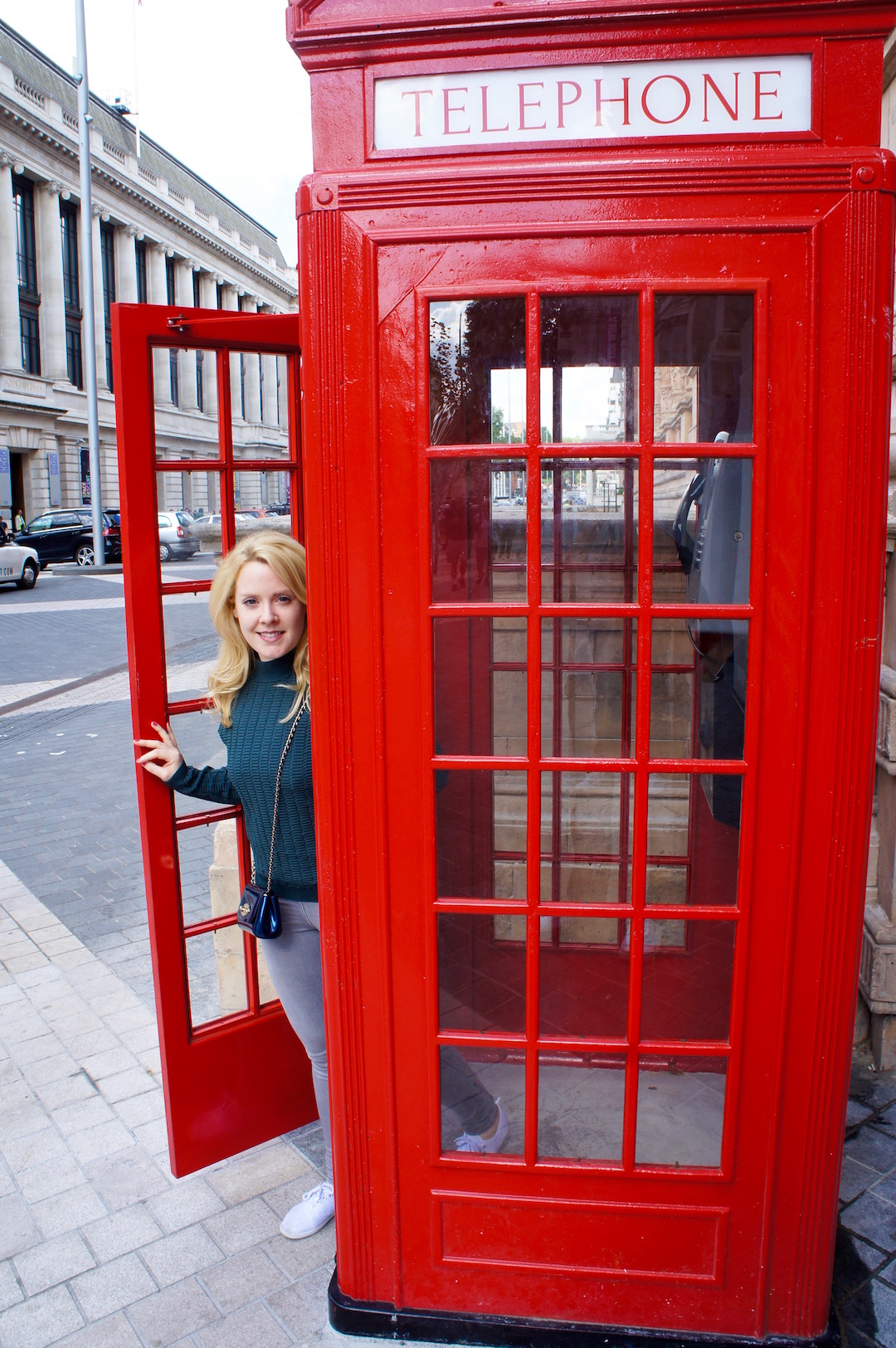 FYI ^ this one on Exhibition Road is definitely the one to go to – clean as a whistle!!