Our Bucket List was being flown through and we were showing no signs of slowing down with our flights to Ireland looming, so off to the Globe we trotted! 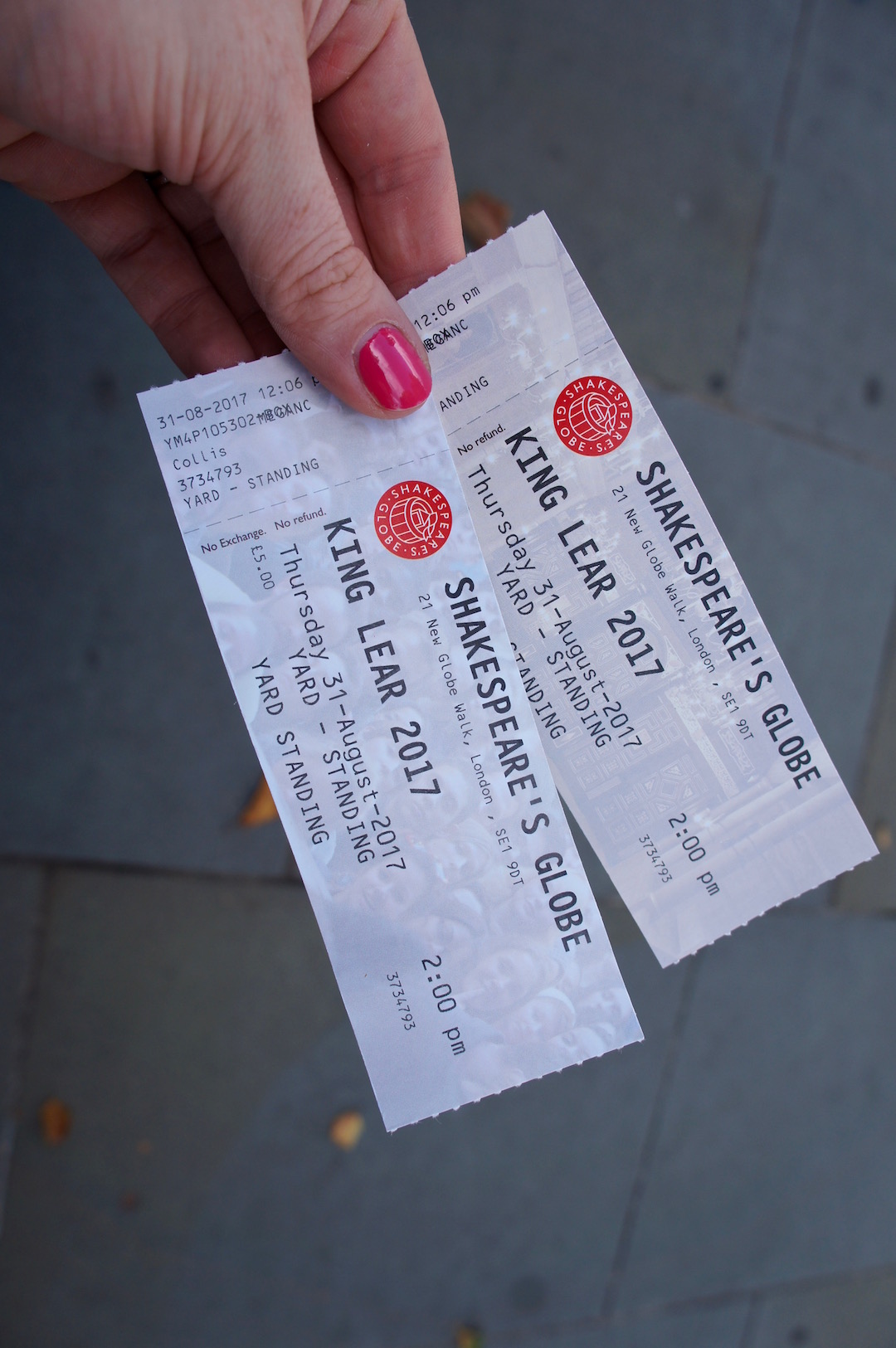 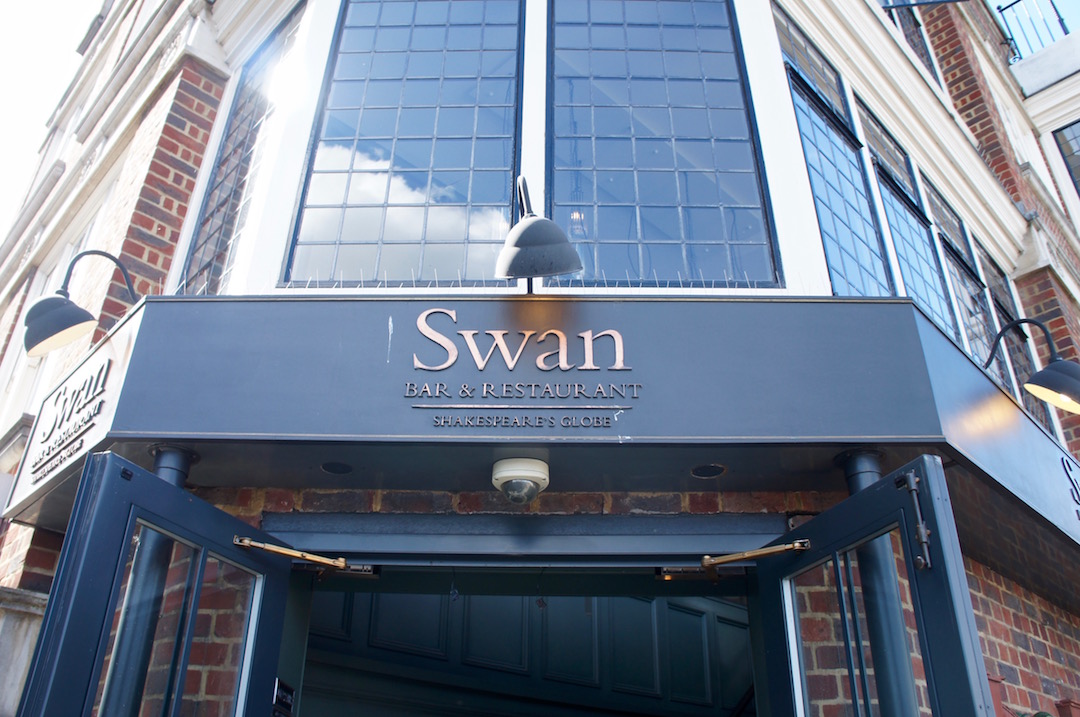 The bar is absolutely gorgeous with a stunning chaise longue in royal blue, a beaut of an armchair and an incredible vintage light, which would not fit in my handbag but I definitely wanted to double check – just in case! 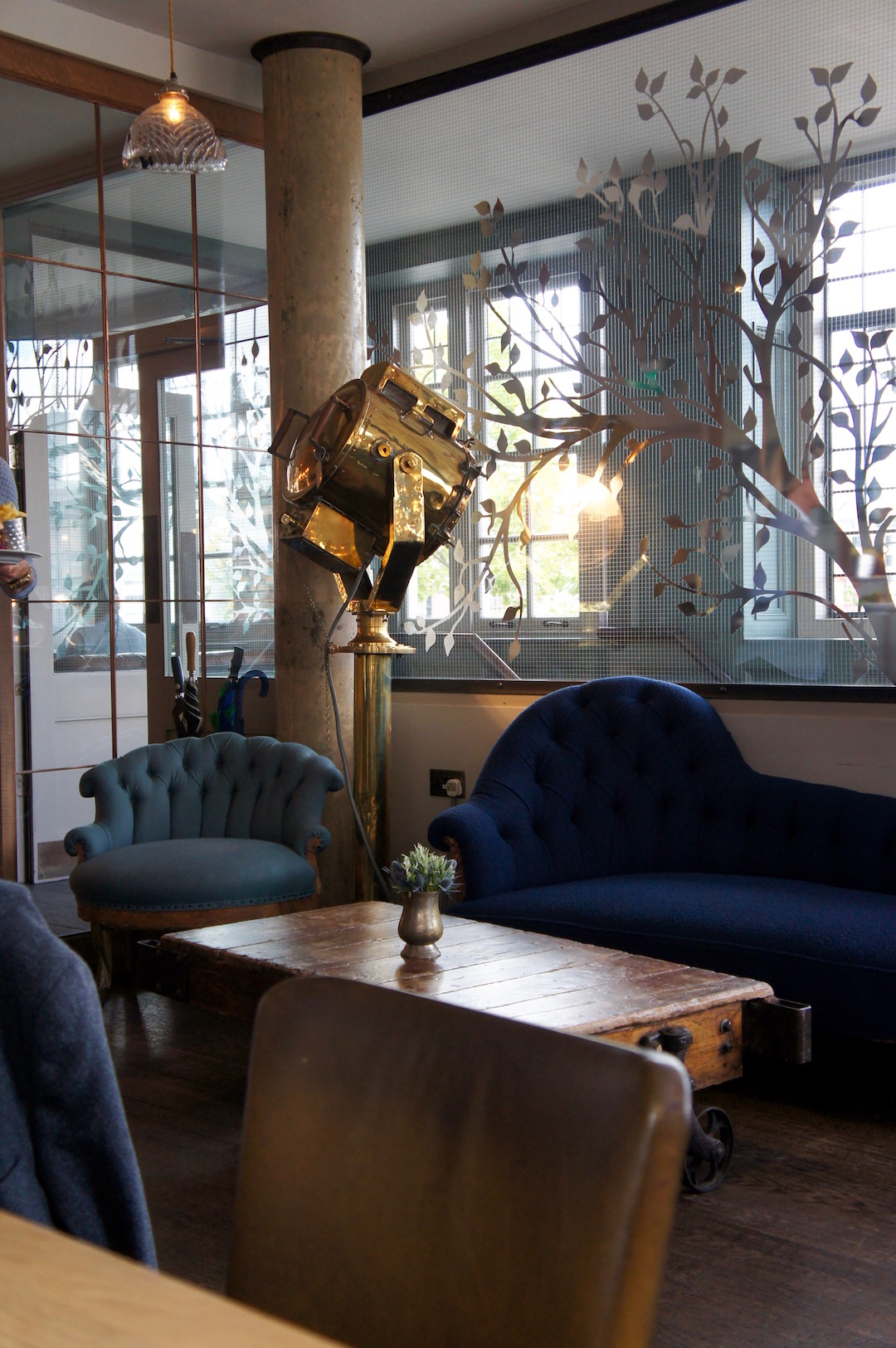 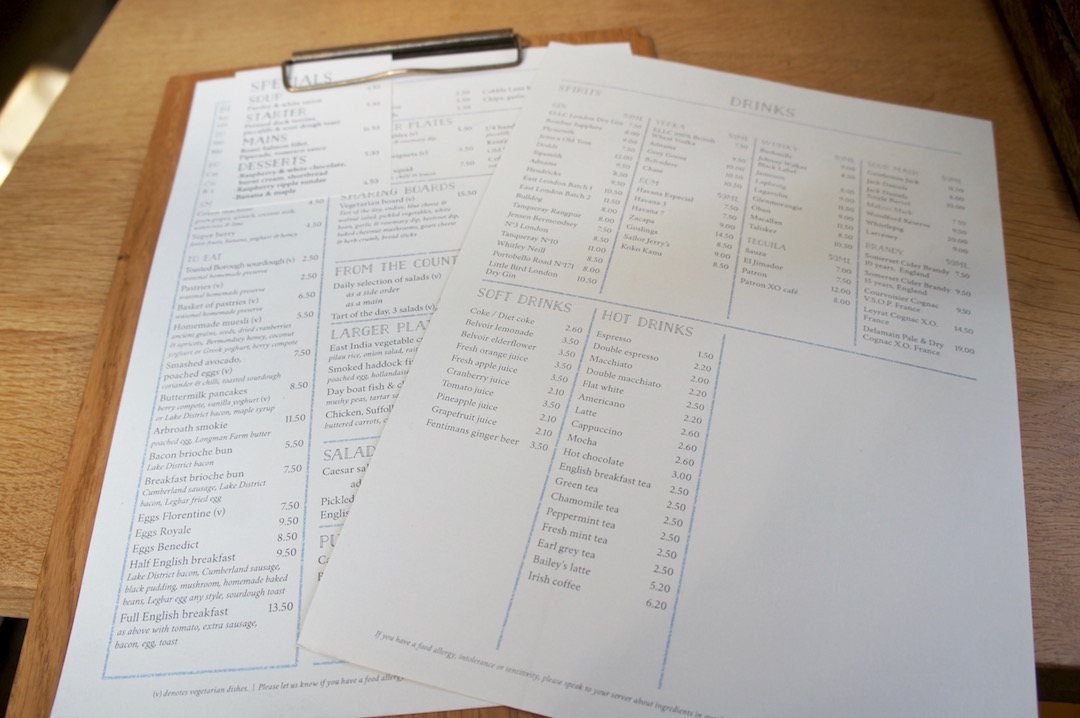 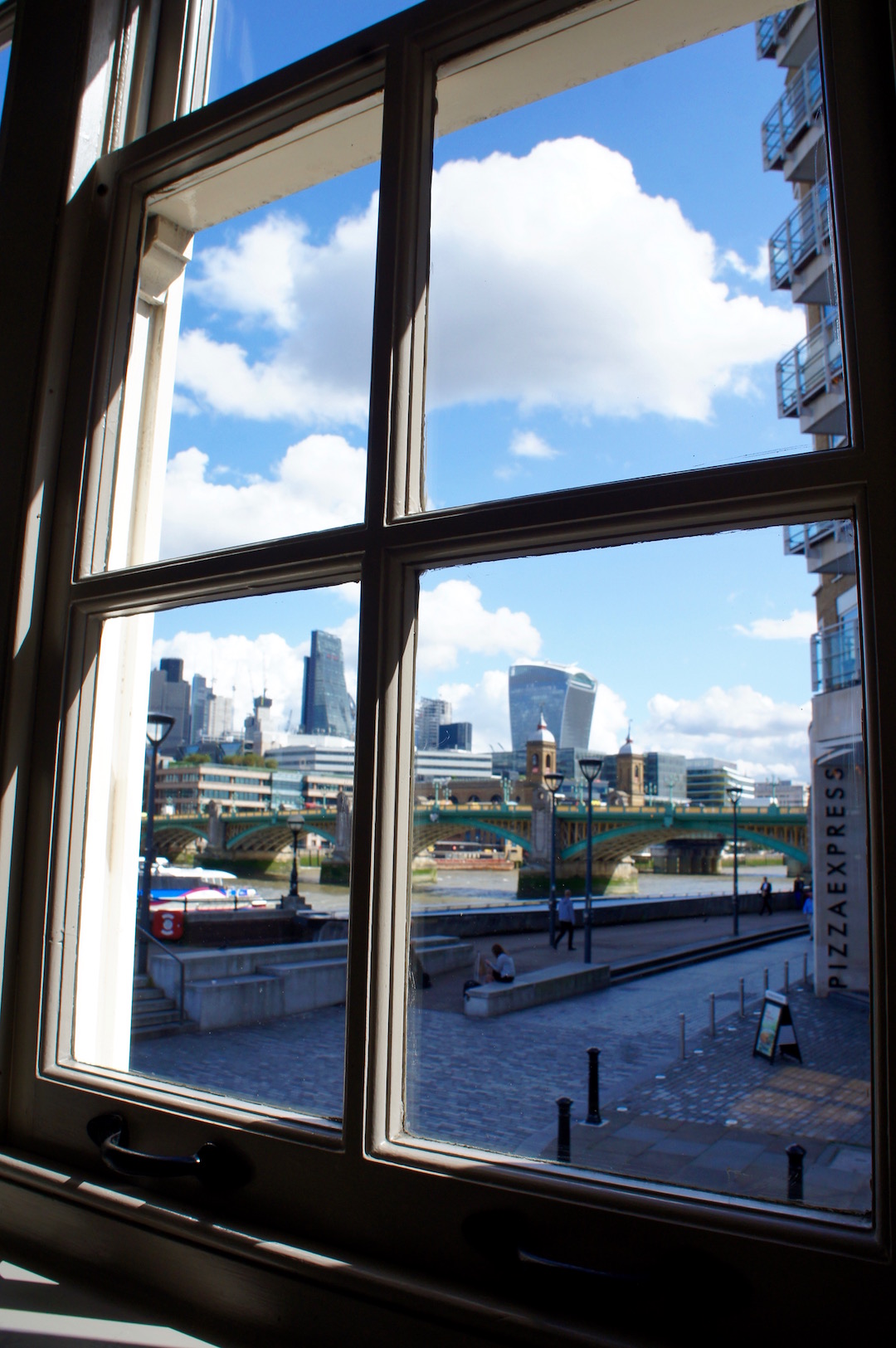 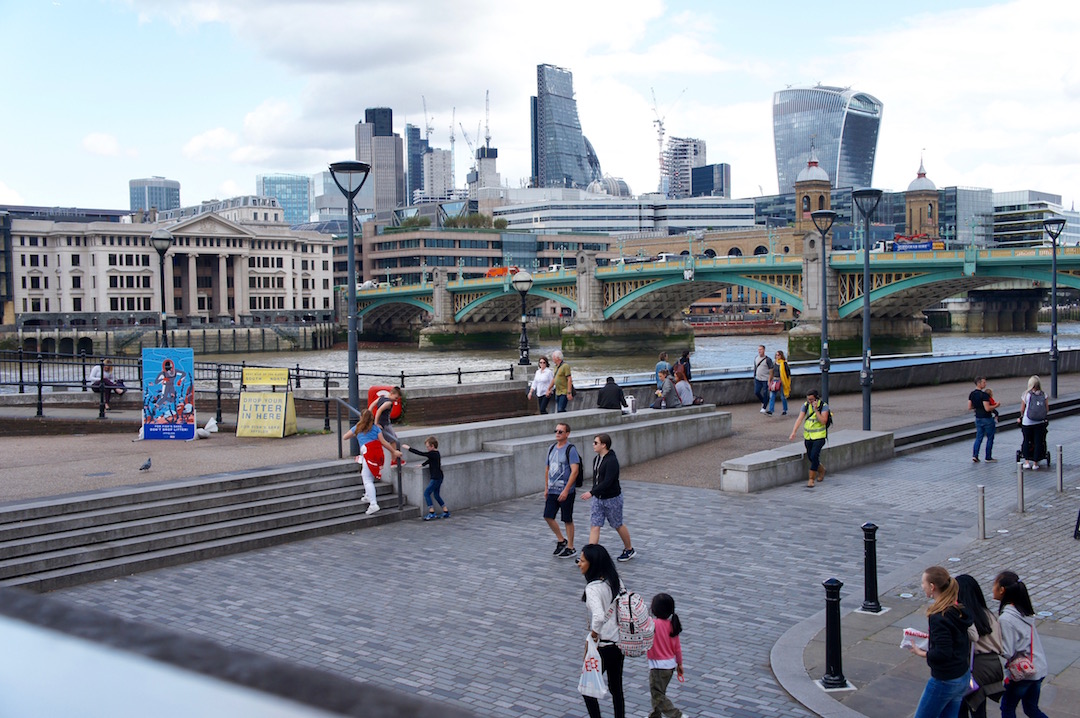 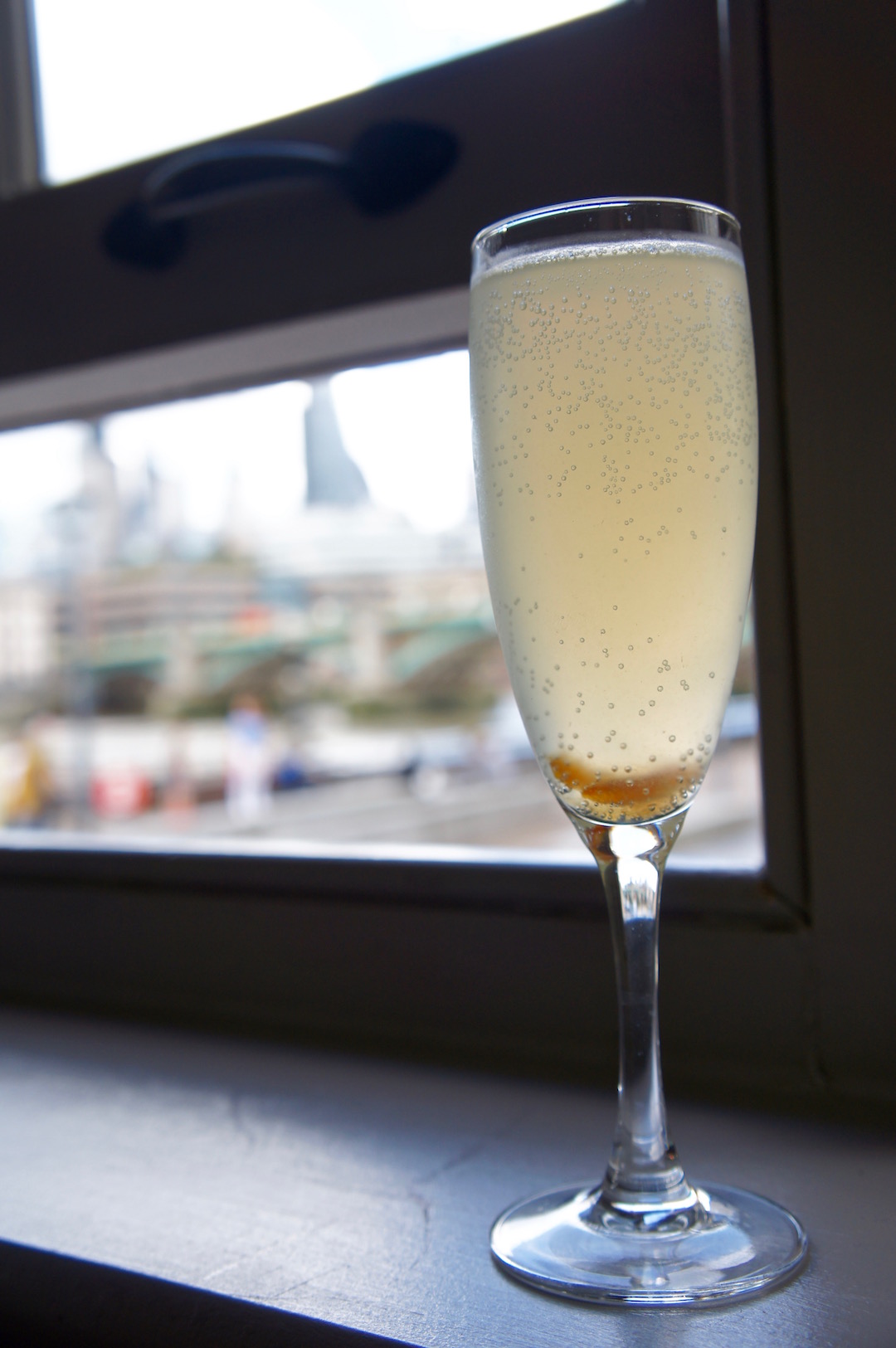 Along with his beer, Himself had the “Slow Cooked Pulled Beef Bun” served with pickled red cabbage, tomato relish and chips – with the biggest, nomiest onion ring ever to grace the planet and my Husband, the hero that he is, shared it with me – cause he’s a dreamboat! 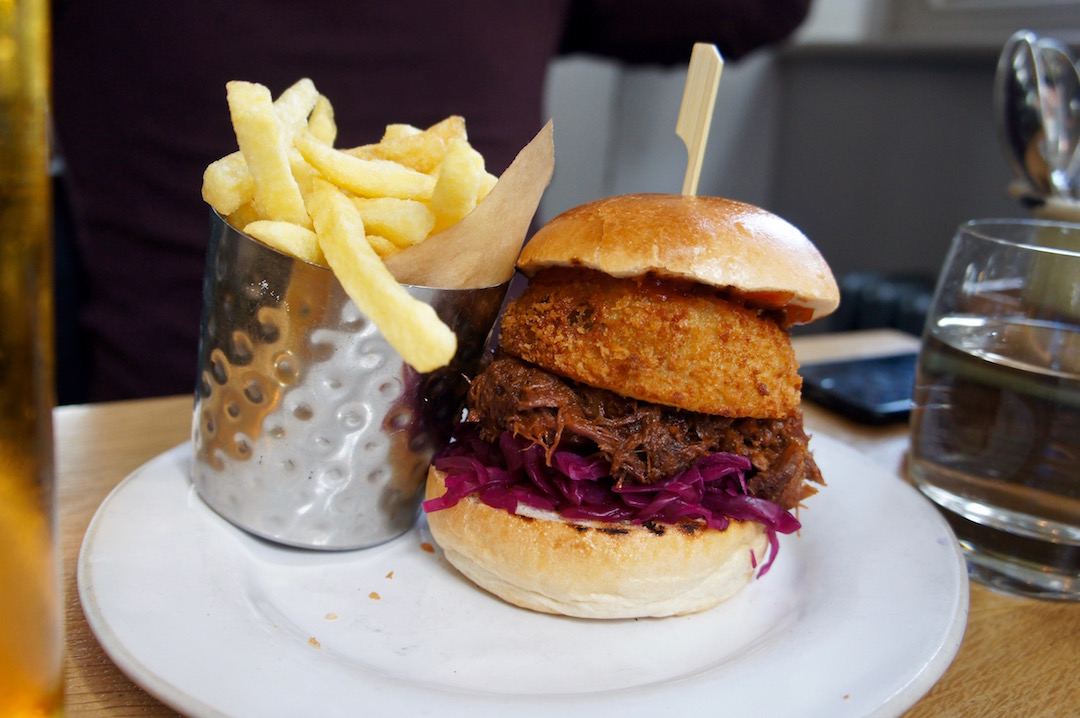 I had the “Chicken Caesar Salad” with chicken, it was nice, but I was a little disappointed that it wasn’t breast of chicken – I’m not a fan of dark meat, so it wasn’t as lovely as it could’ve been for me 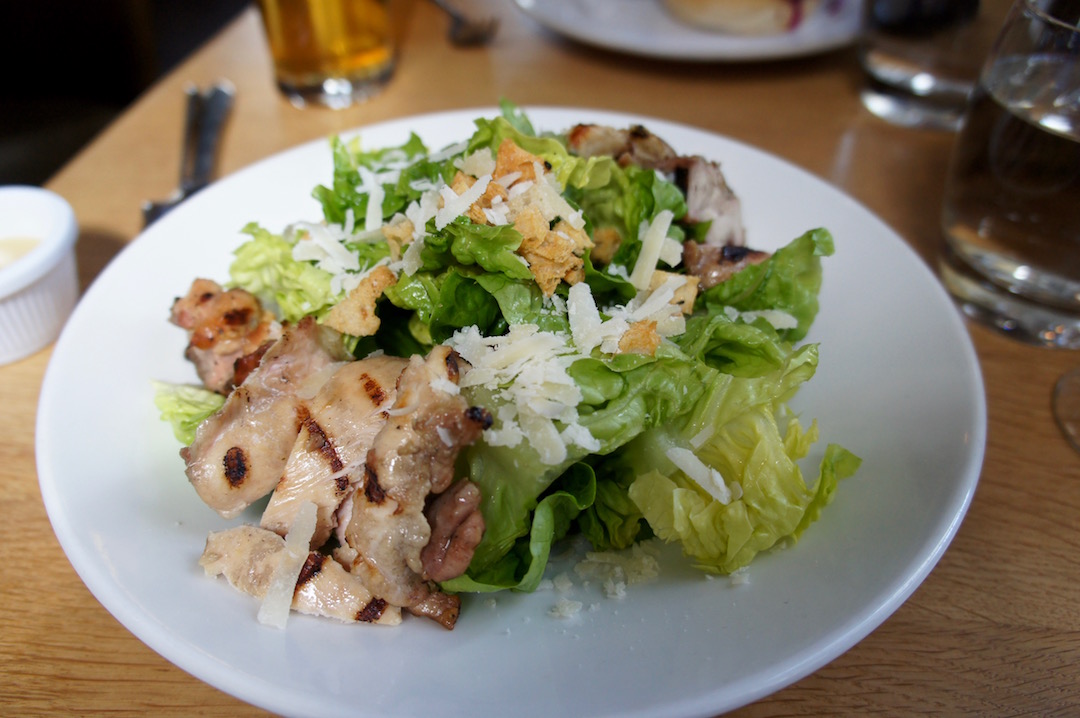 However, all was forgiven and forgotten when they brought out the dessert, a completely yum creme brulee with a homemade shortbread cookie – that cookie, was heaven! 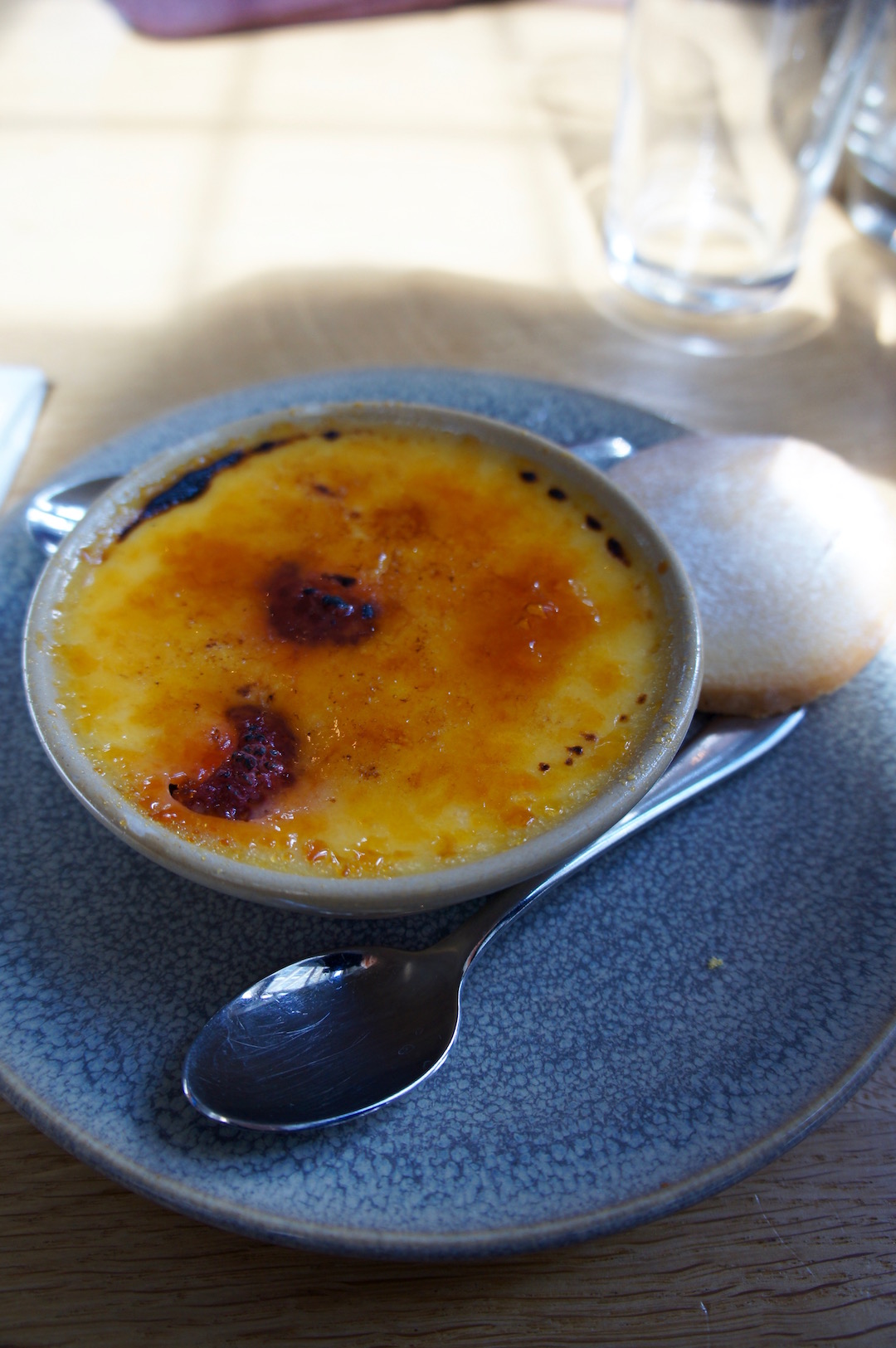 Full to the brim and well rested, we made our way over to the Groundlings queue – because listen – if you’re going to go to the Globe, you need to do it as a Groundling – so buck up, put on your big girl pants and just get one with it! You’ll be glad you did! 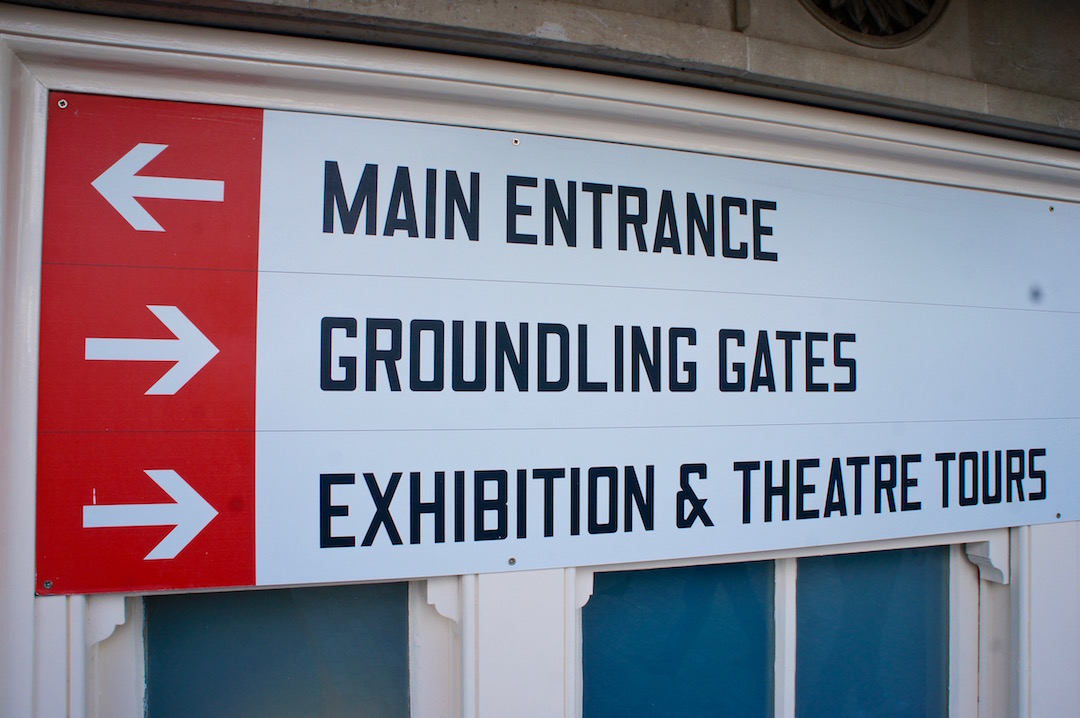 As the afternoon sun shone brightly, the Groundlings wrought iron gates were thrown wide and we were admitted 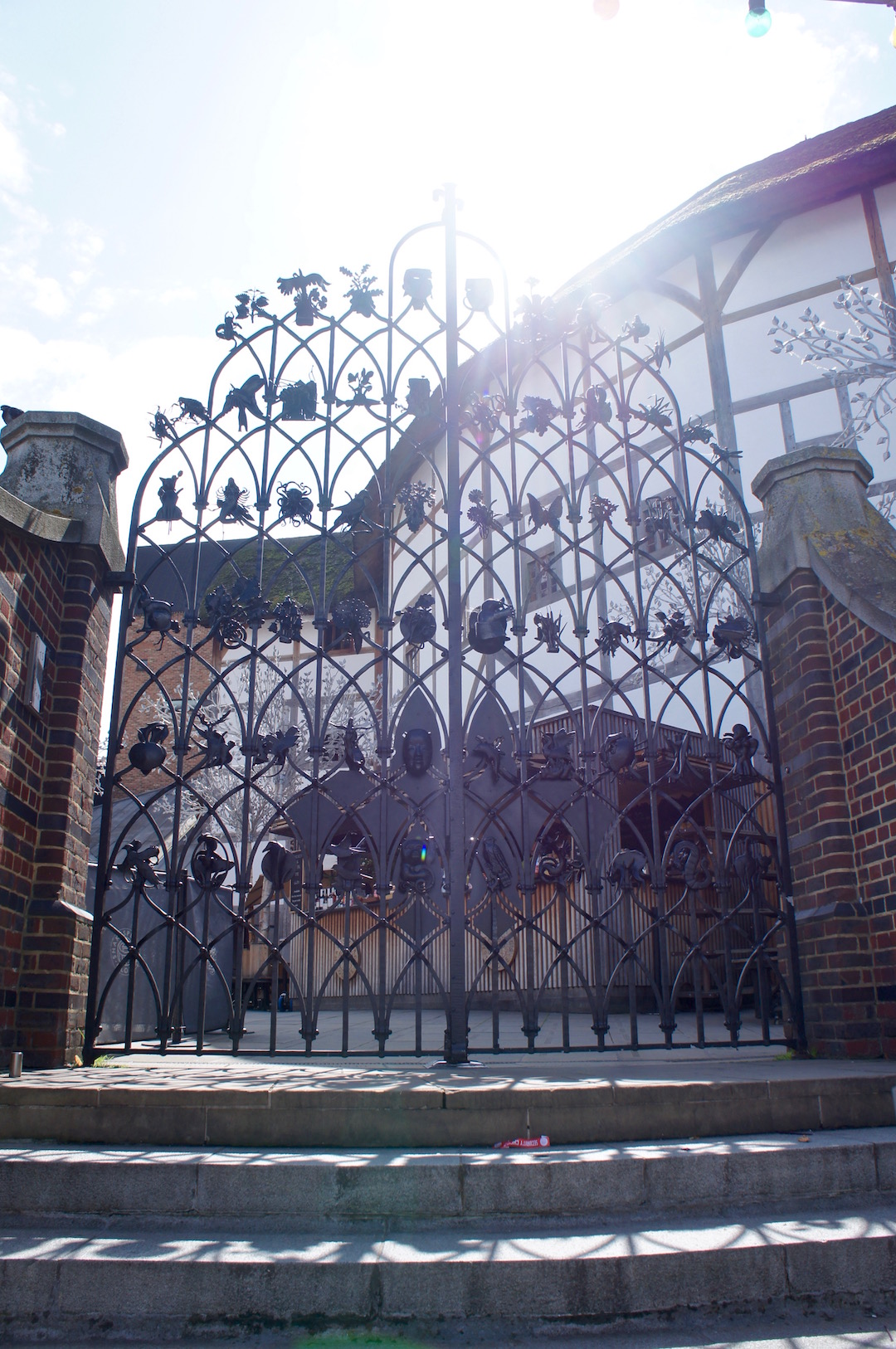 snaked through, as guided by the volunteer Globe Stewards – amazingly efficient individuals it has to be said! 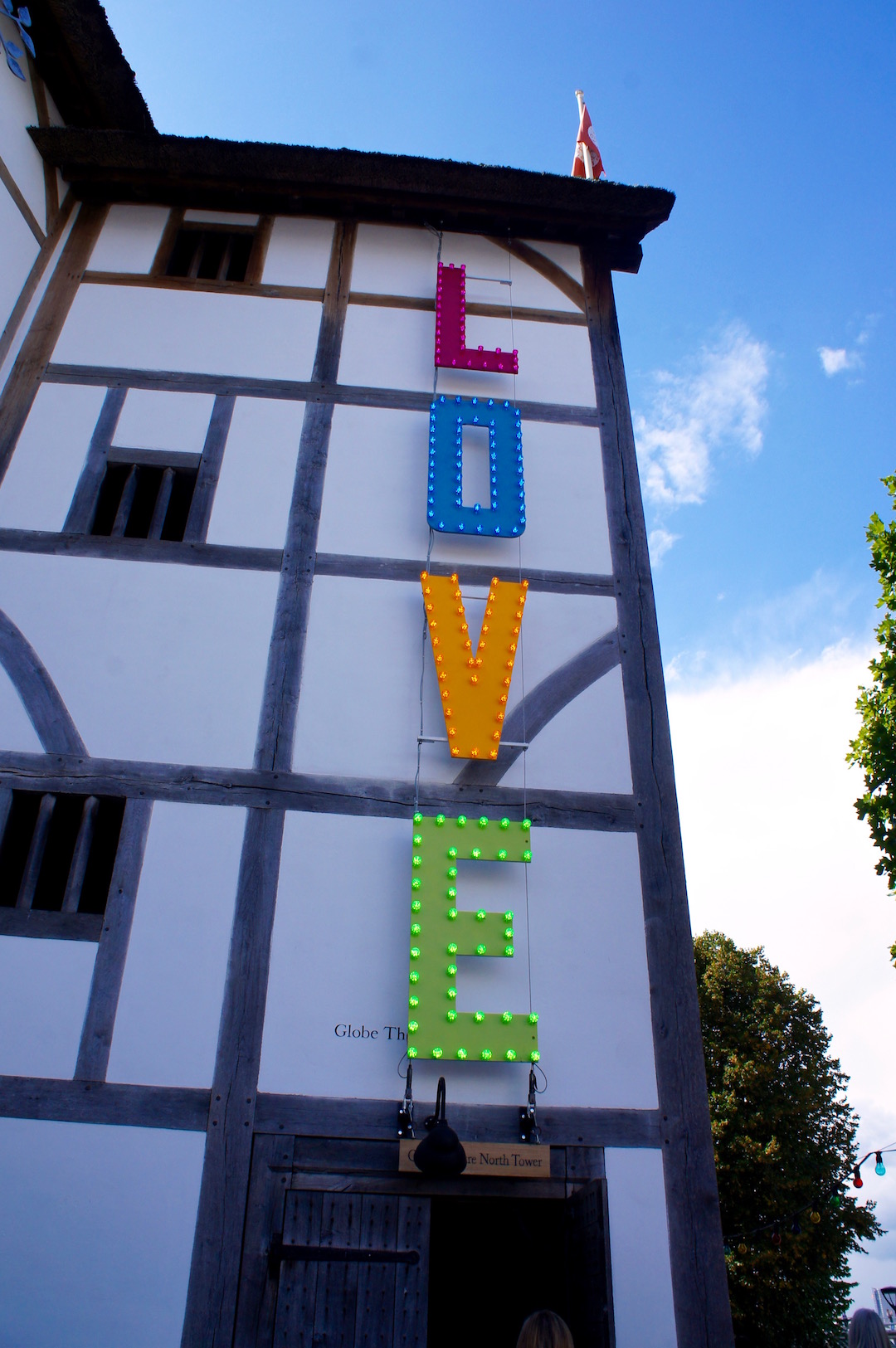 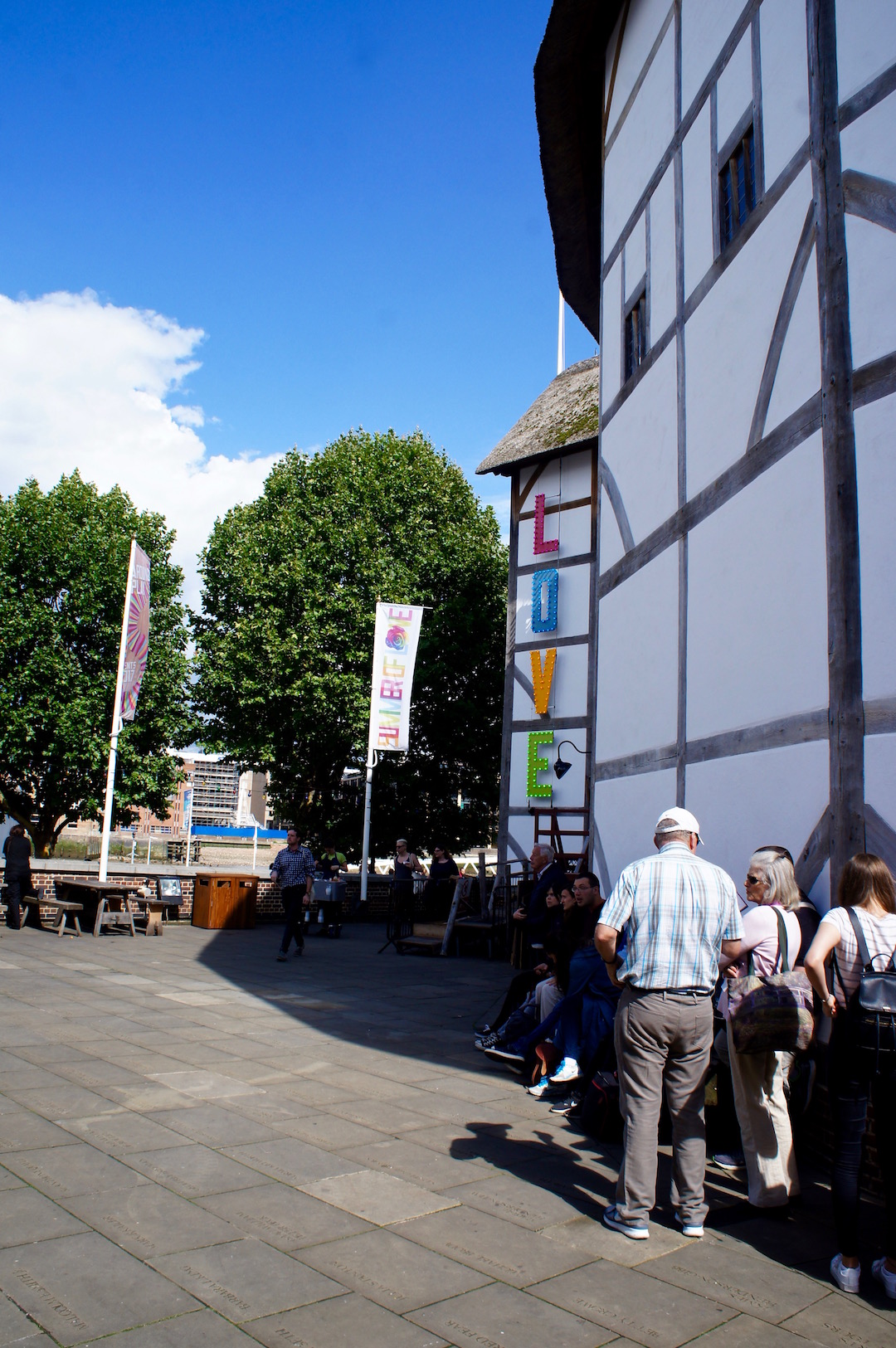 Once the actual doors were opened, the old hats knew where they wanted to stand so they hustled their way in and grabed their spots, followed by Himself and I smack bang in the middle, finding ourselves next to what we just KNEW was going to be a piece of set (spoiler alert: we were right!) 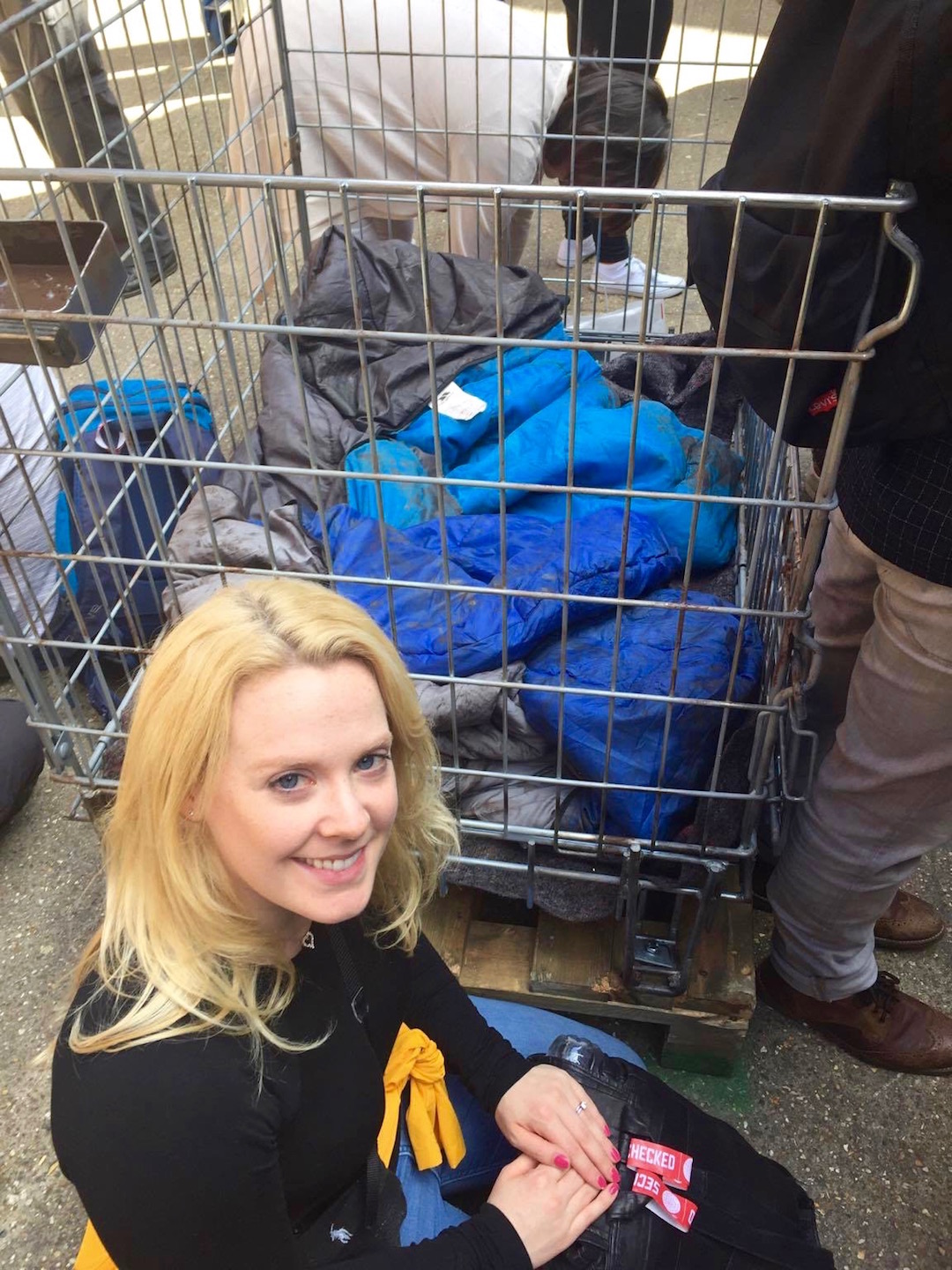 The Globe itself is truly stunning and the atmosphere whilst the actors were on stage was electrifying, 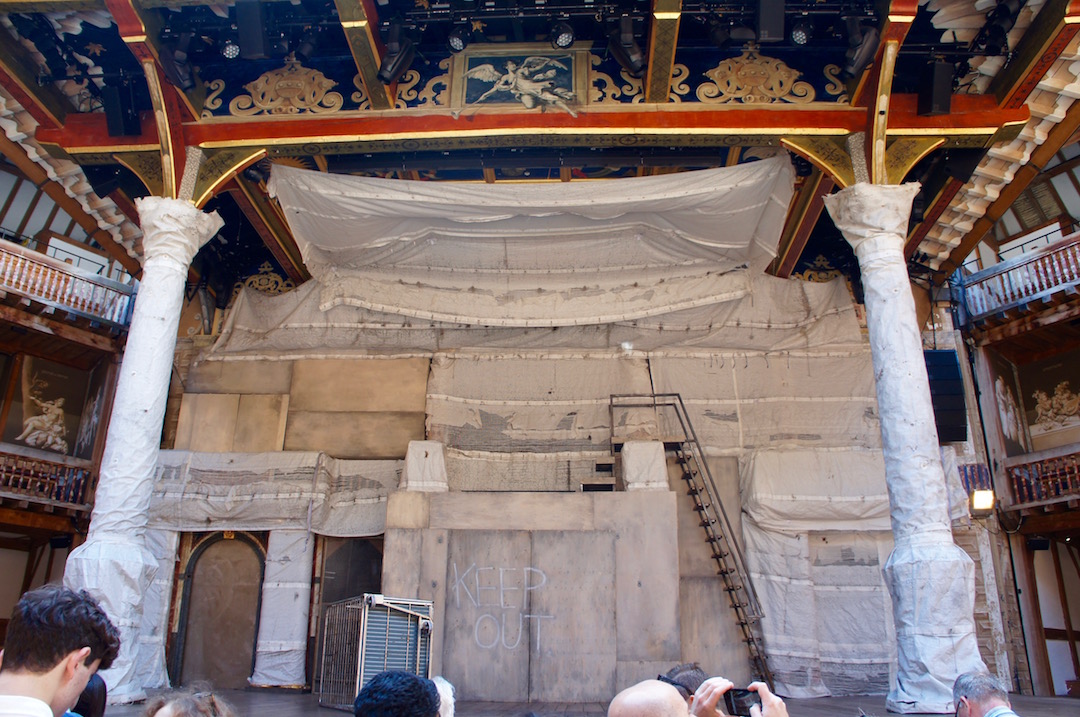 none of which was captured for you because no one even risks a sneaky photo at The Globe whilst the performance is running, you’re too interested in the show! I mean, it’s just not necessary 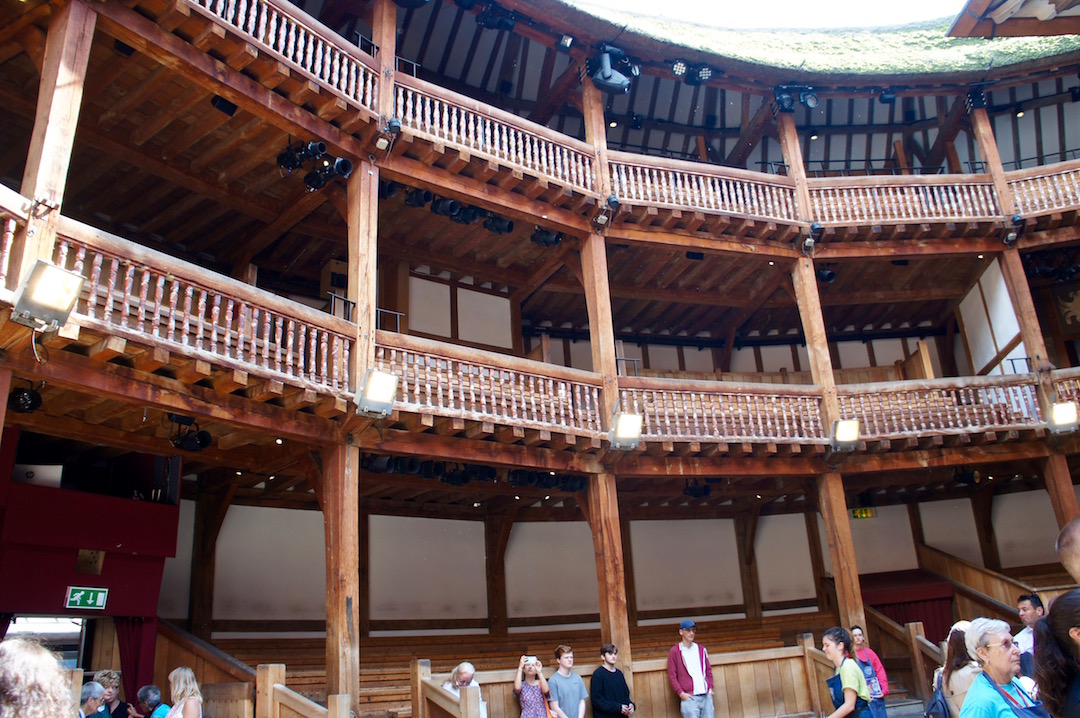 Himself disappeared momentarily and when he came back he was equipped with two bottles of water and the sweetest little packet of pink macarons – does he know the way to my heart or what!?! 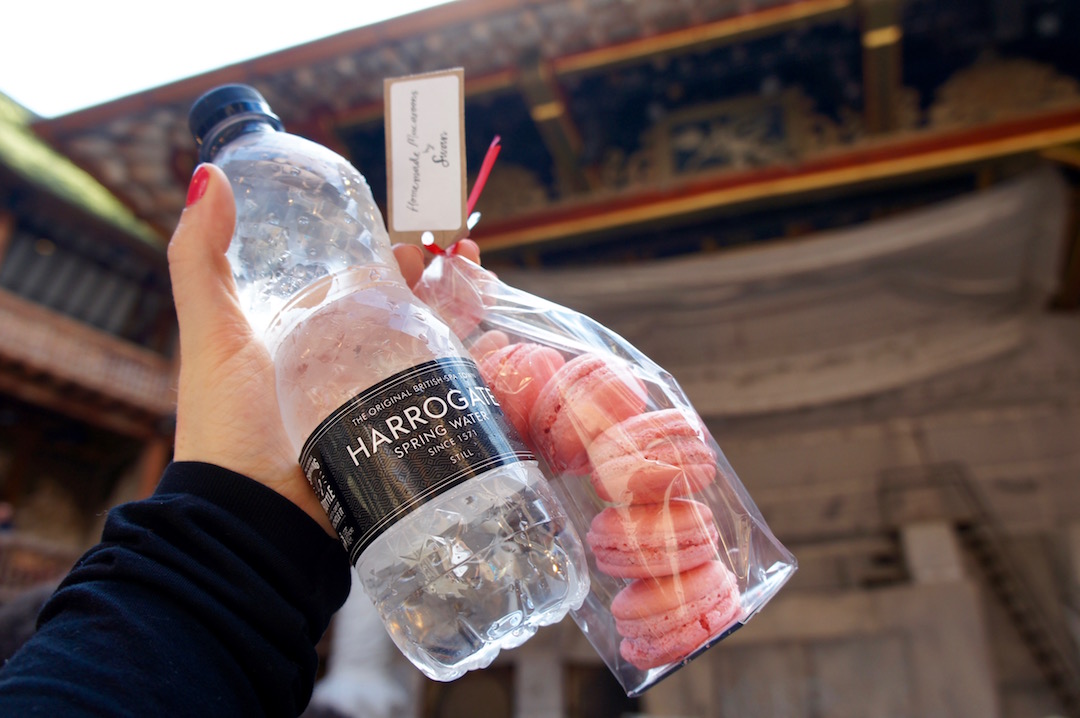 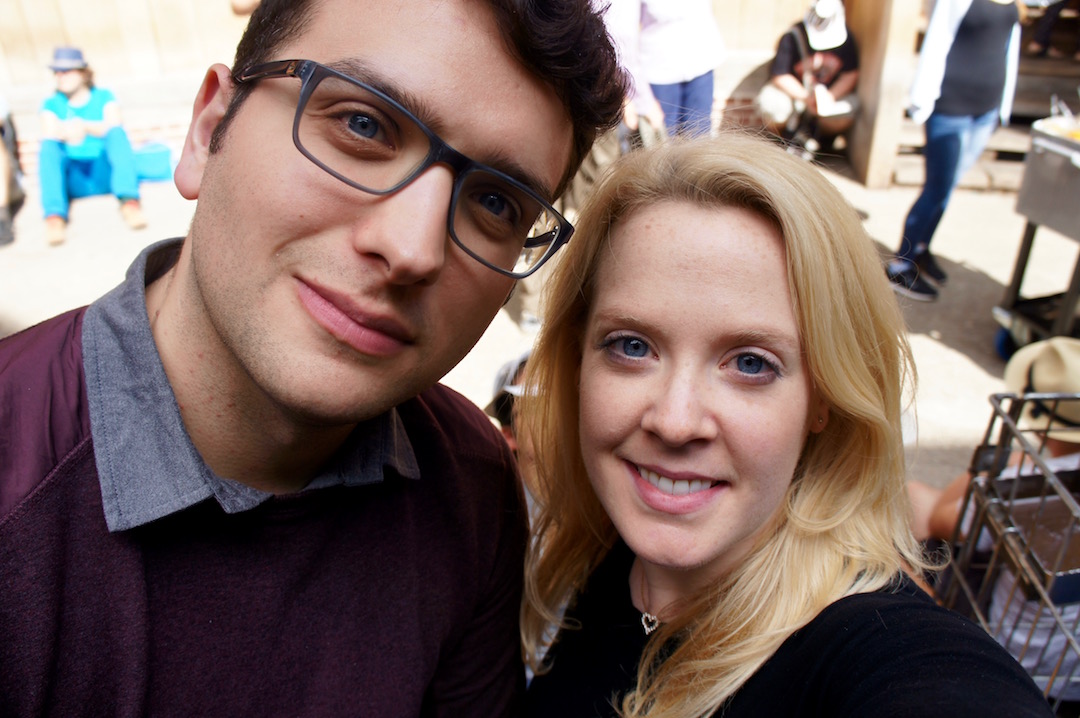 Now don’t get me wrong, by the time the performance was over, our backs and legs were aching – standing pretty much stock still for three hours is tough going 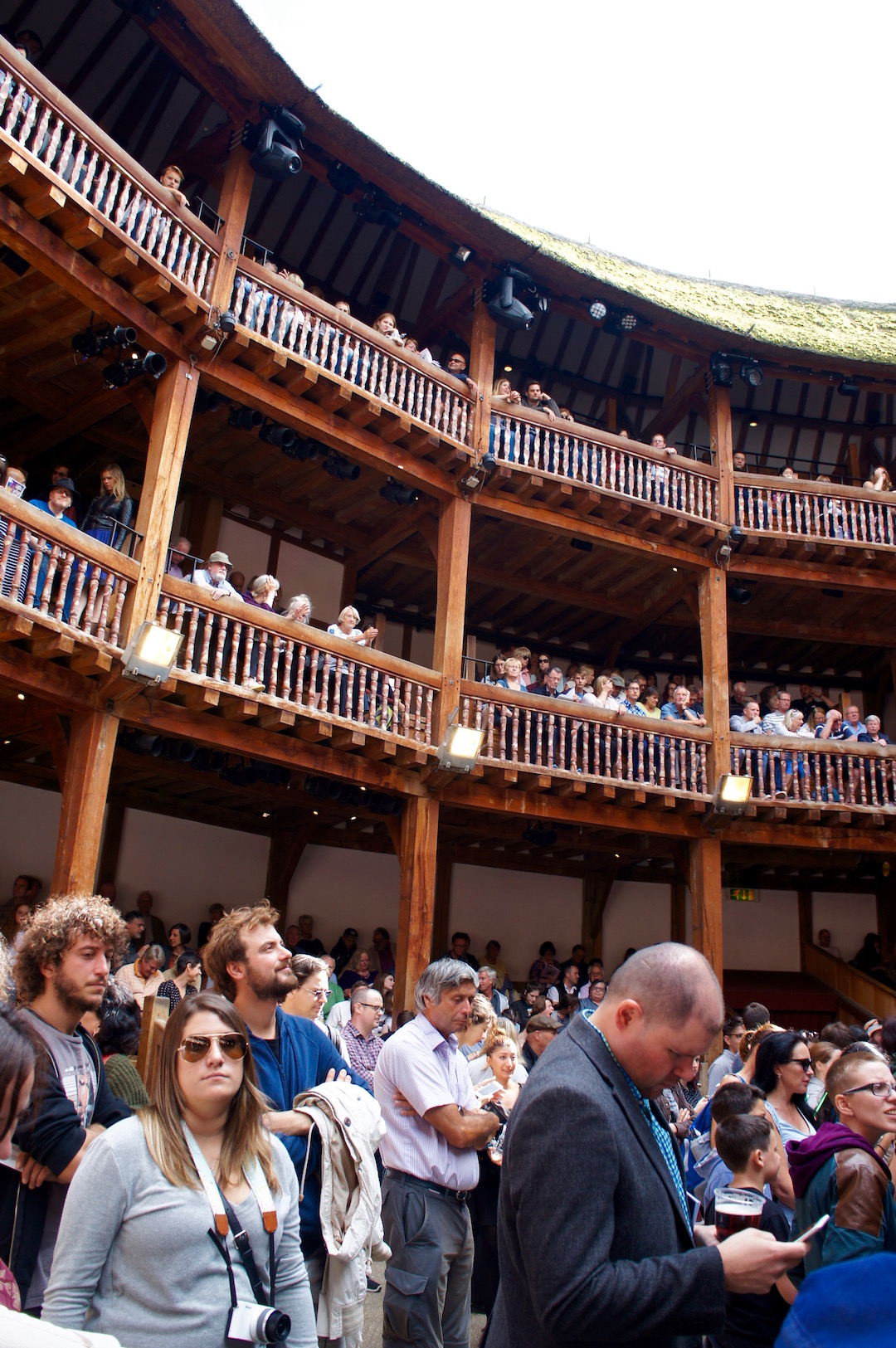 but honestly, it is so worth it! 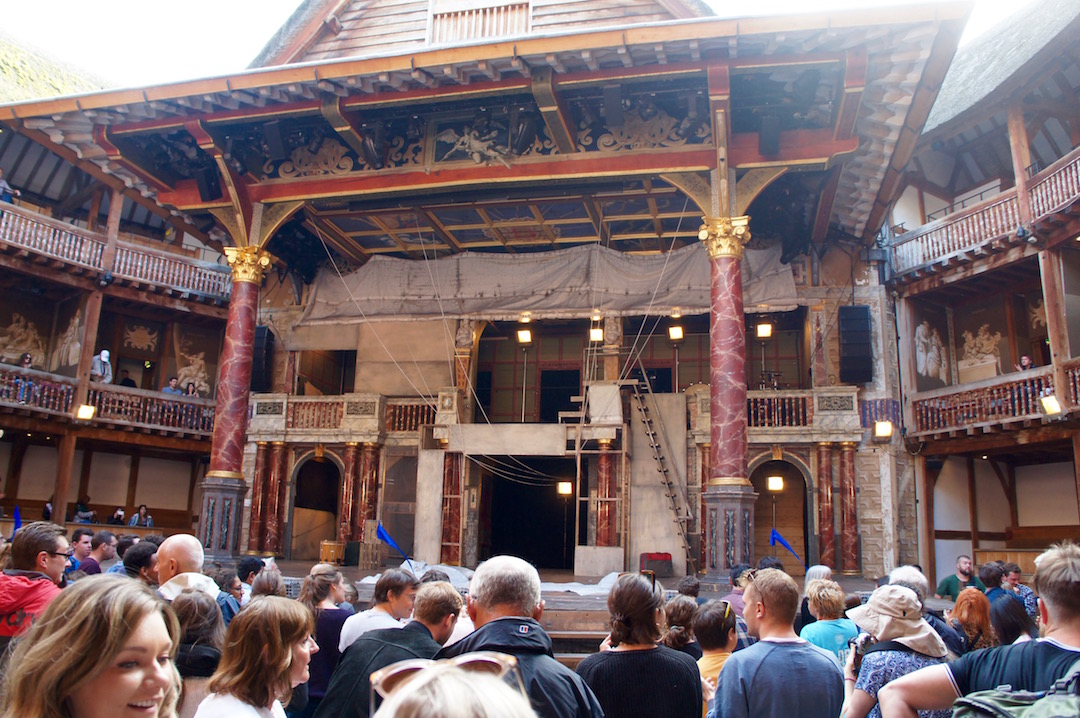 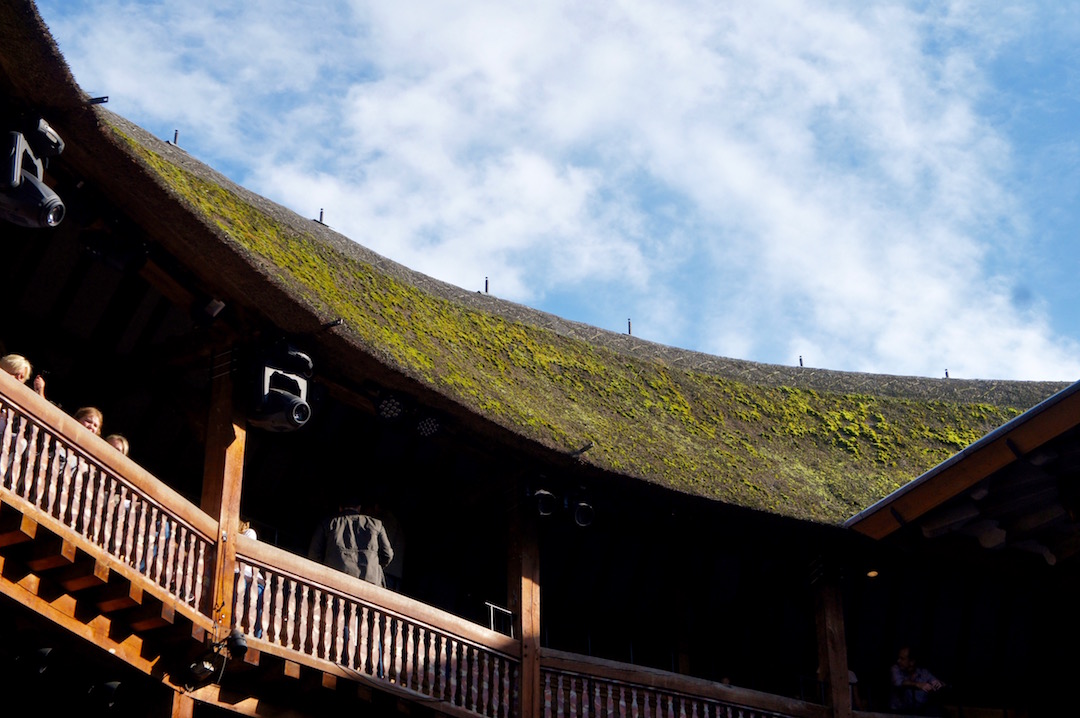 Afterwards we headed across the “Harry Potter Bridge!” (what I exclaimed) or you know, “The Millenium Bridge” as Himself corrected me…! 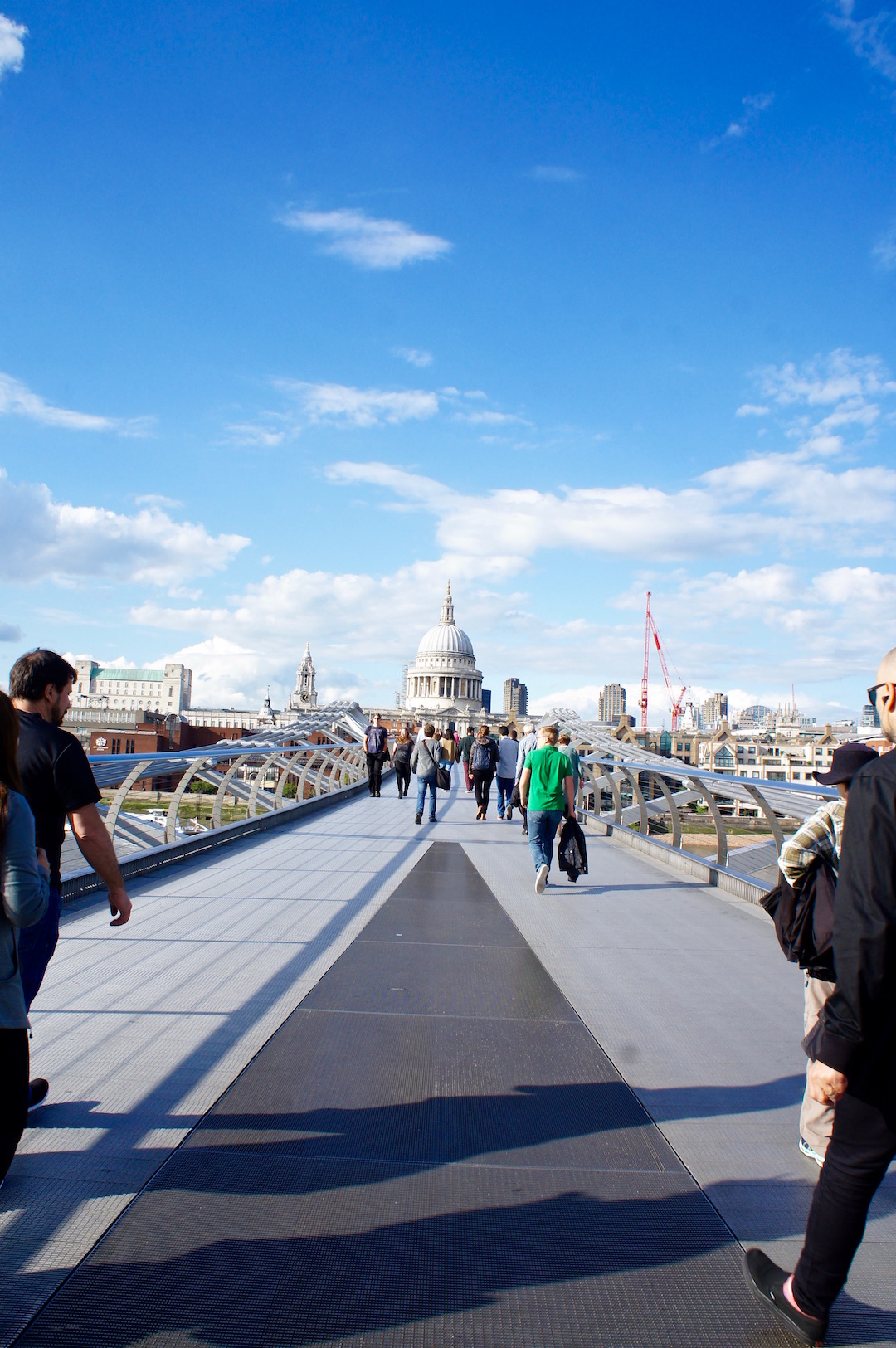 An epic afternoon and one I would definitely recommend to all of you!