Borough Market is one of the largest and oldest food markets in London, we have loved our visits there over the years, but never managed to bag ourselves a Bread Ahead doughnut and you can’t say you’ve done the thing properly if you haven’t tried one of them, so that was our mission on Wednesday last week! 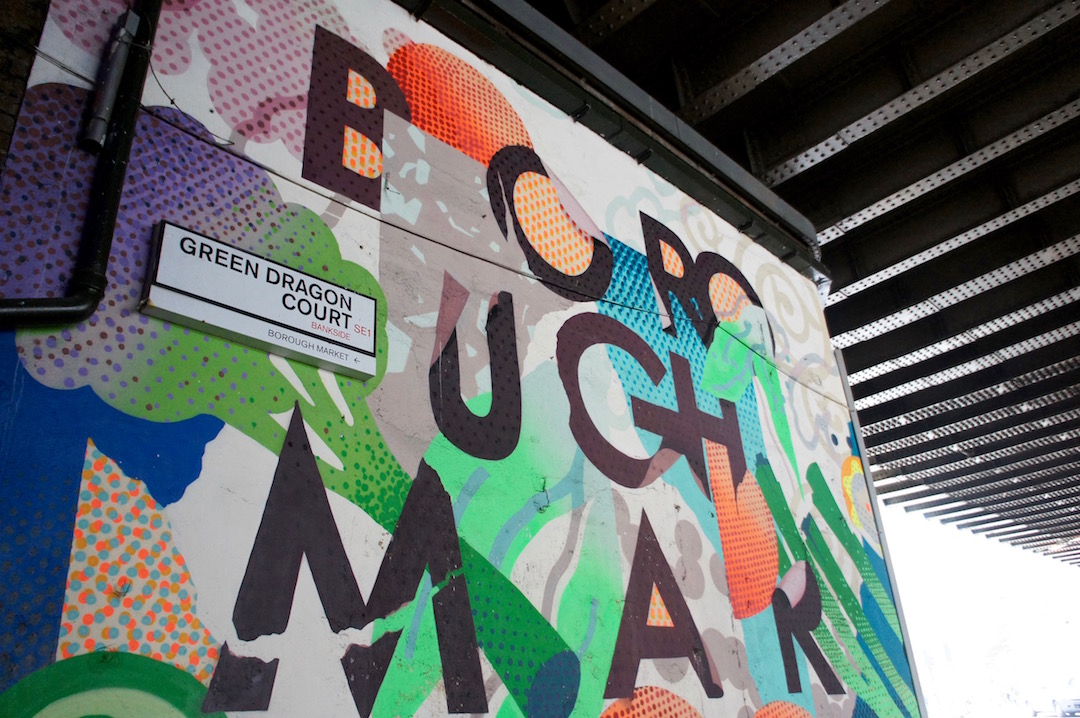 We arrived around 10am when the market was just starting and it was the quietest we’d ever witnessed (to be fair, this is mainly because we usually go at the weekend!) 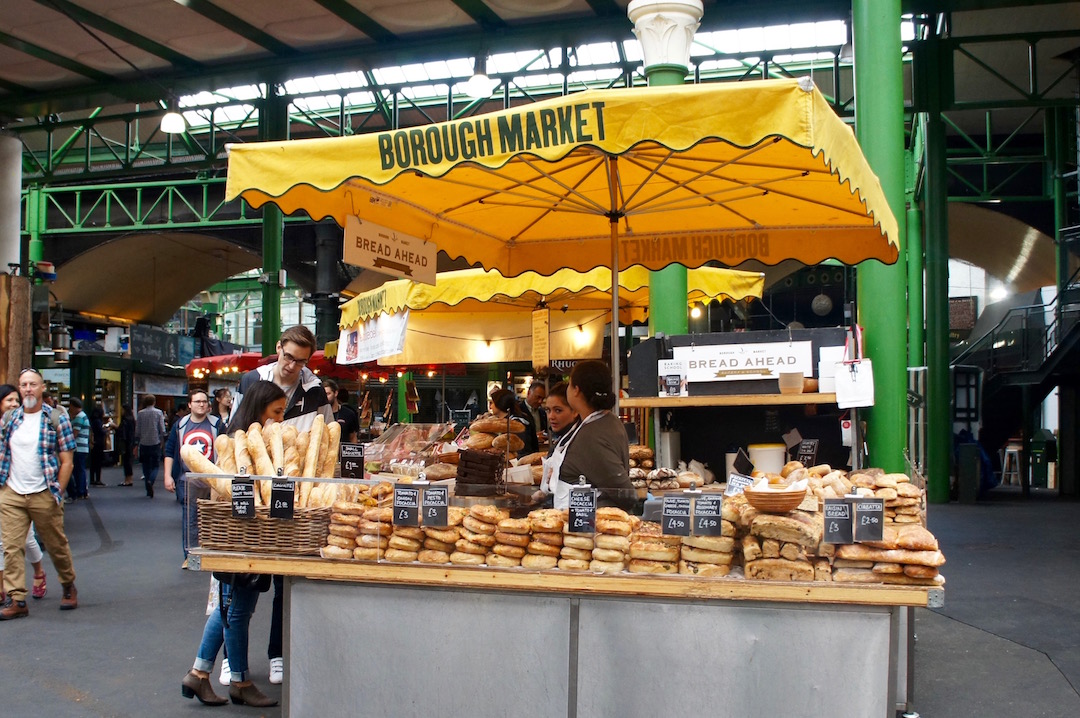 A beeline was made for bread ahead, we barely looked at the other deliciousness they had on offer, although it did look scrummy! 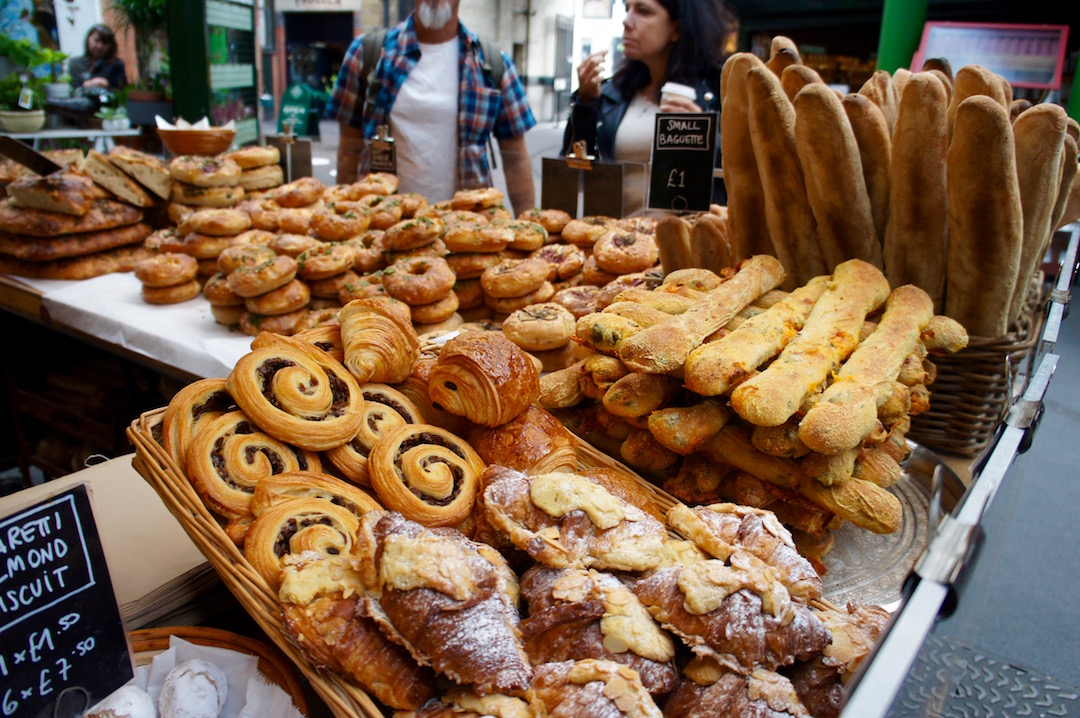 But we were there for the doughnuts, so we focused and could see that they had four different types 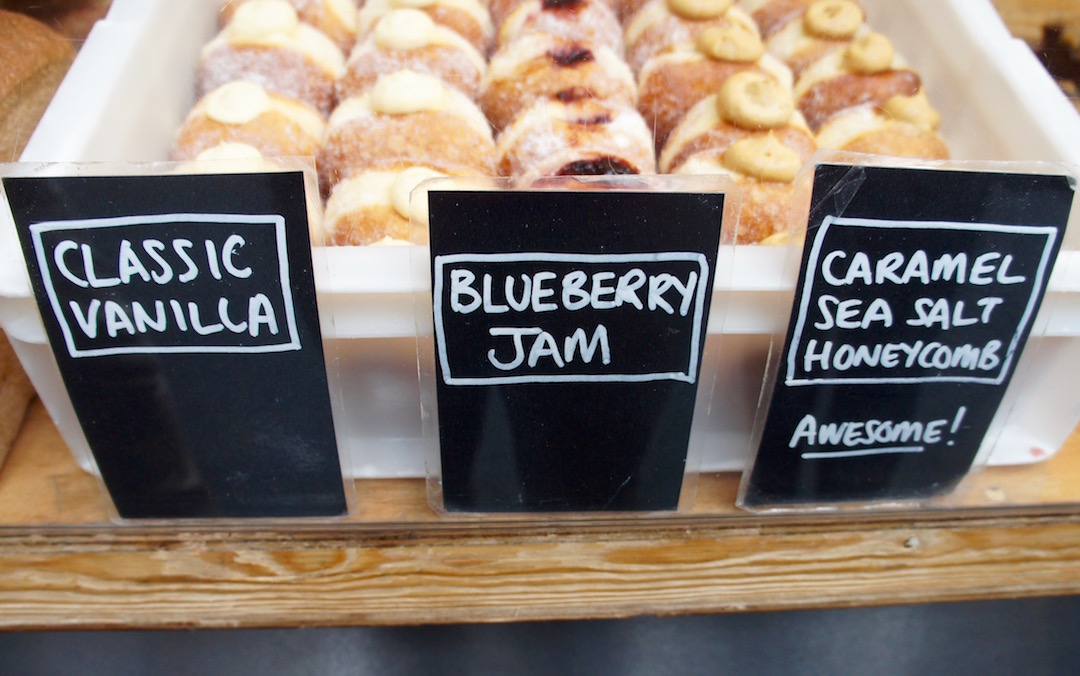 The honeycomb one looked amazing with a great big wodge of honeycomb sticking out of the top, sadly the last one was swiped before i had a chance to photograph it for you all, but one to look out for when you visit! 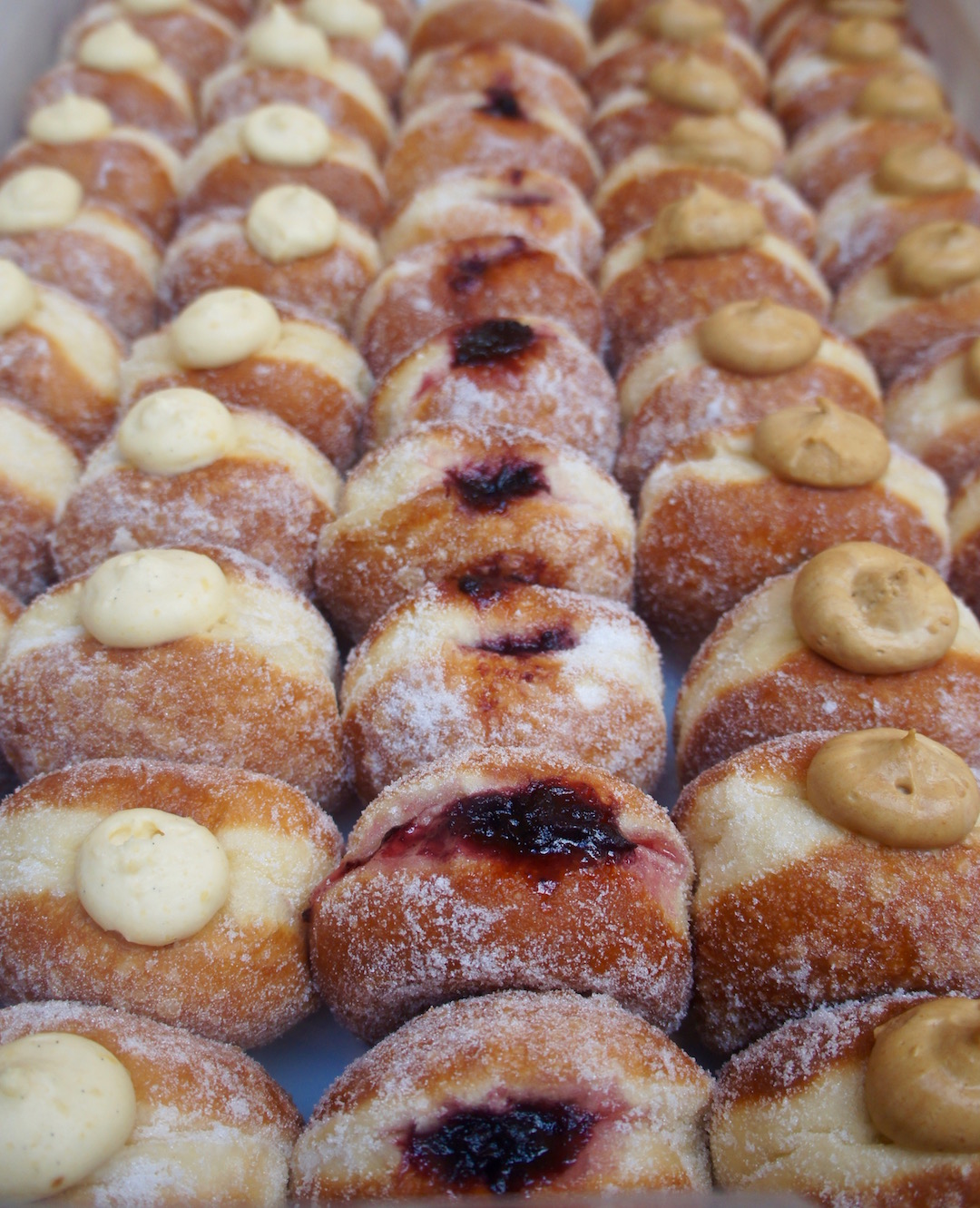 We obviously wanted to try them all but we’re only two squirrels! So we chose the blueberry jam and classic vanilla. Himself nearly killed me when I said we couldn’t eat them there and then, I needed a coffee to go with them! After an intense case of the rolly-eyes, he agreed and we set off in search of coffee! 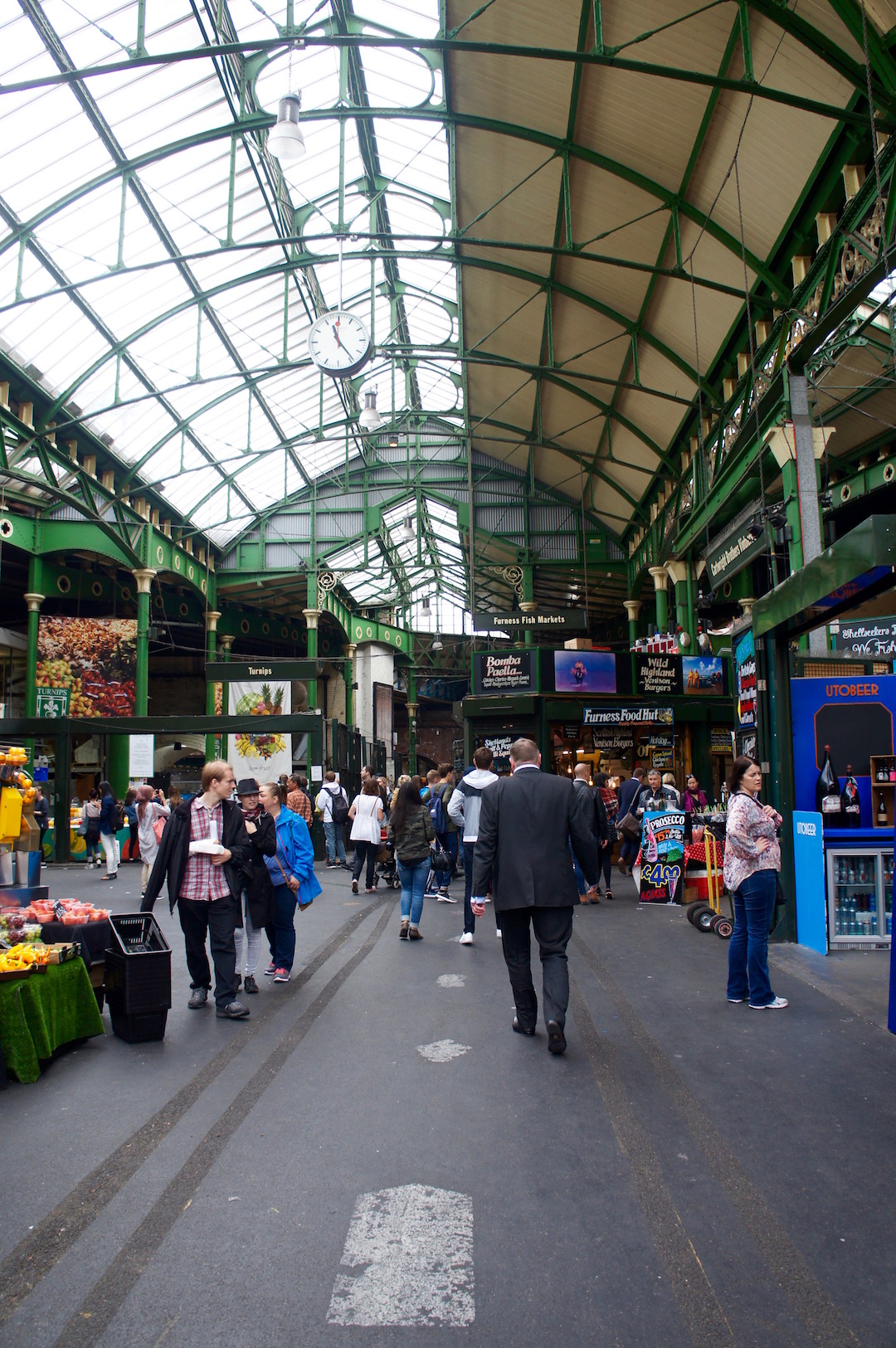 I tend to forget how spread out Borough Market is, so make sure you do a lap around every stall before leaping to decisions. 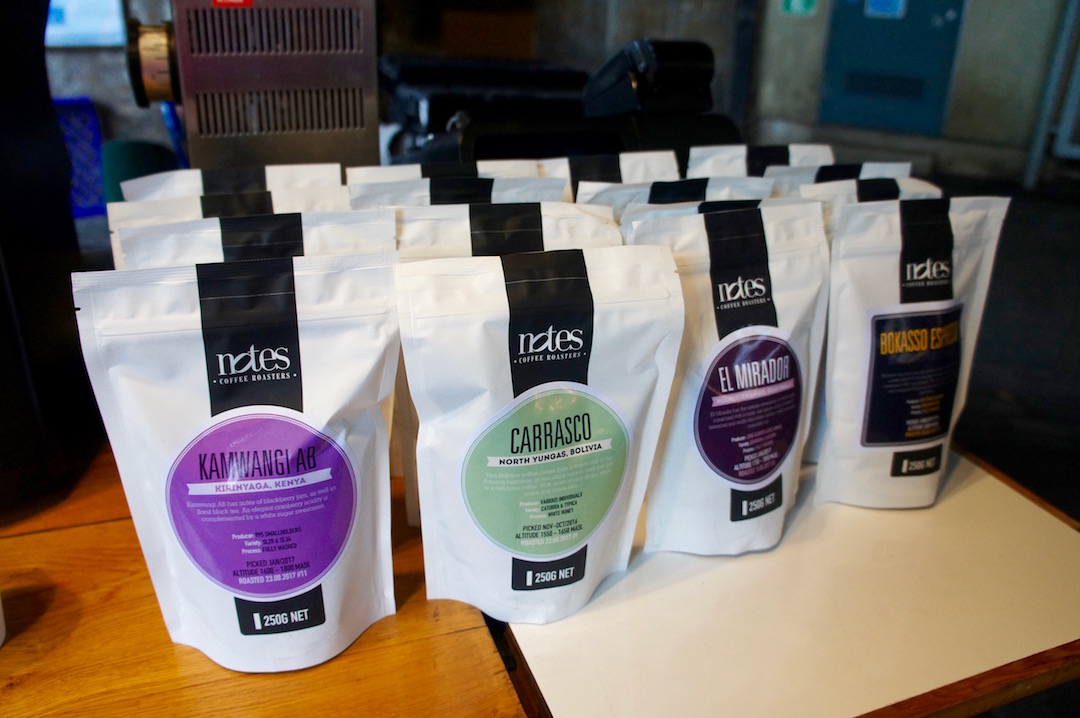 I managed to get a delicious soy latte for far cheaper down the back of the market than what the stall up front was selling them for, so keep eagle eyed young persons! 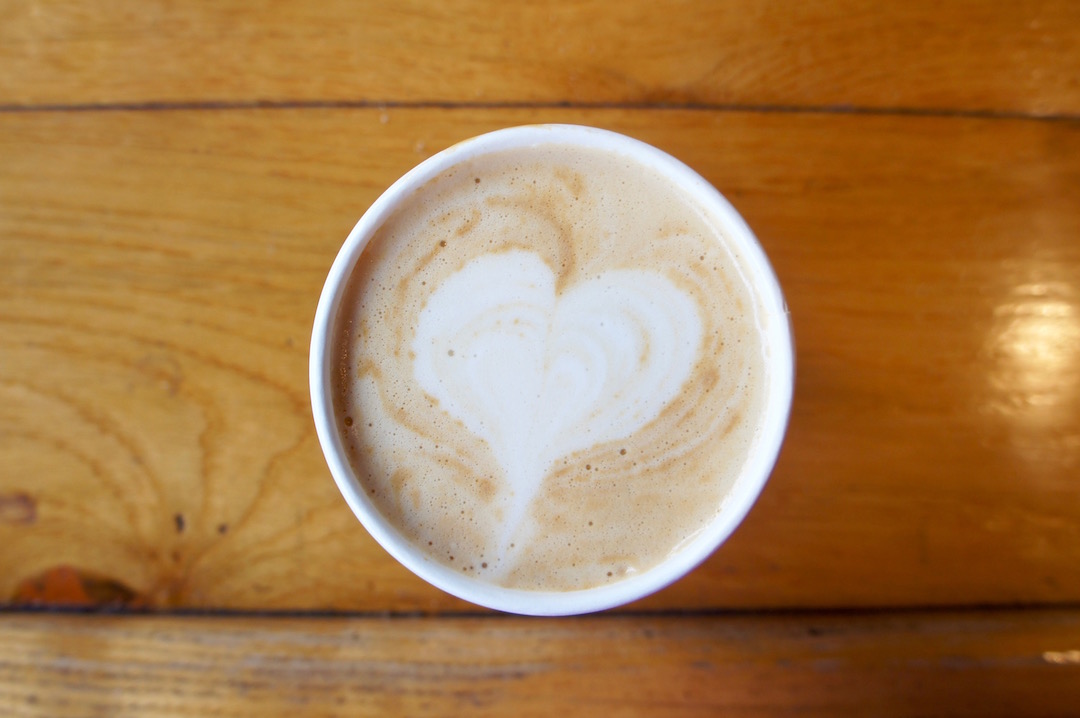 Coffee in hand, we searched for a good place to set down 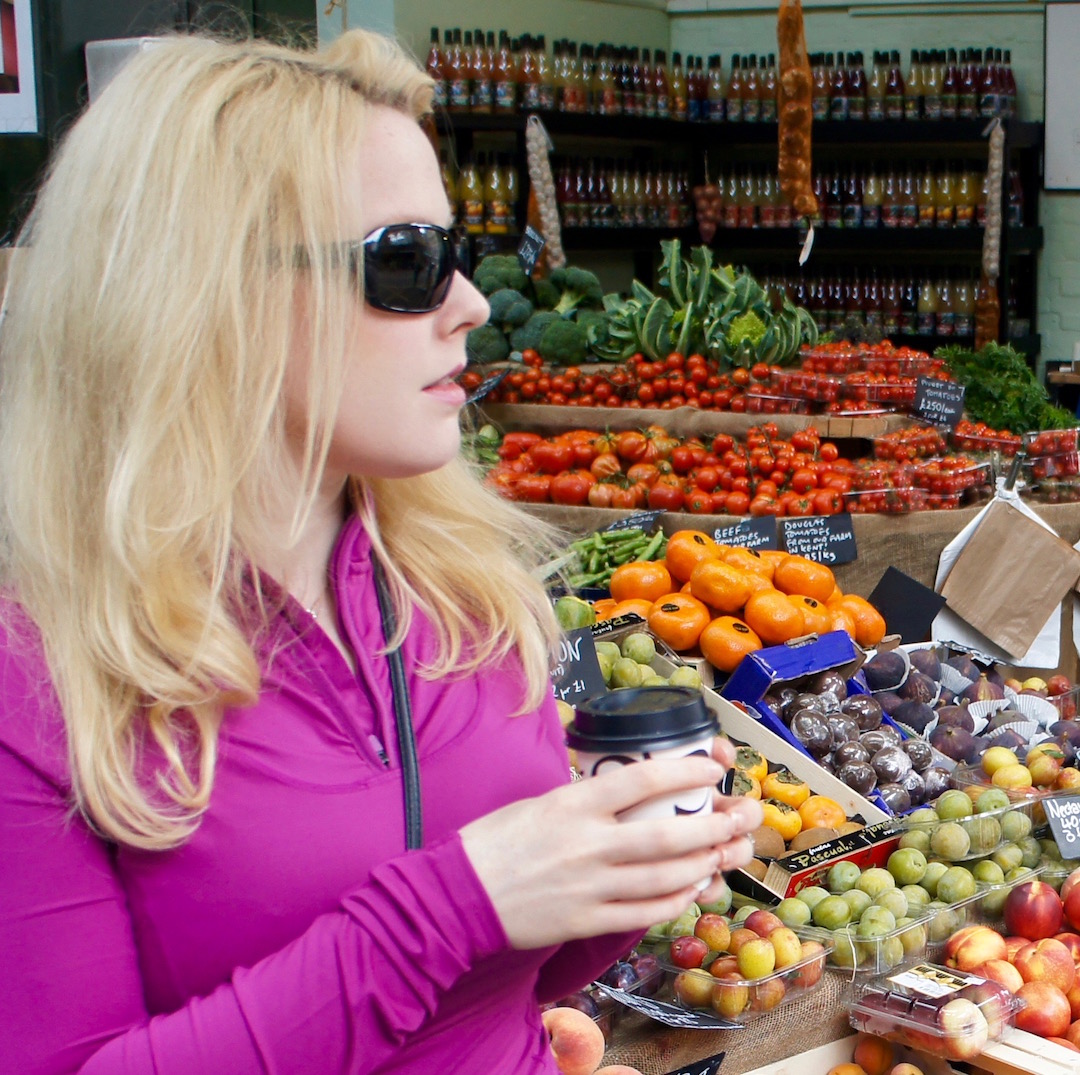 Eventually situating ourselves either side of the nearest, barrel-come-table 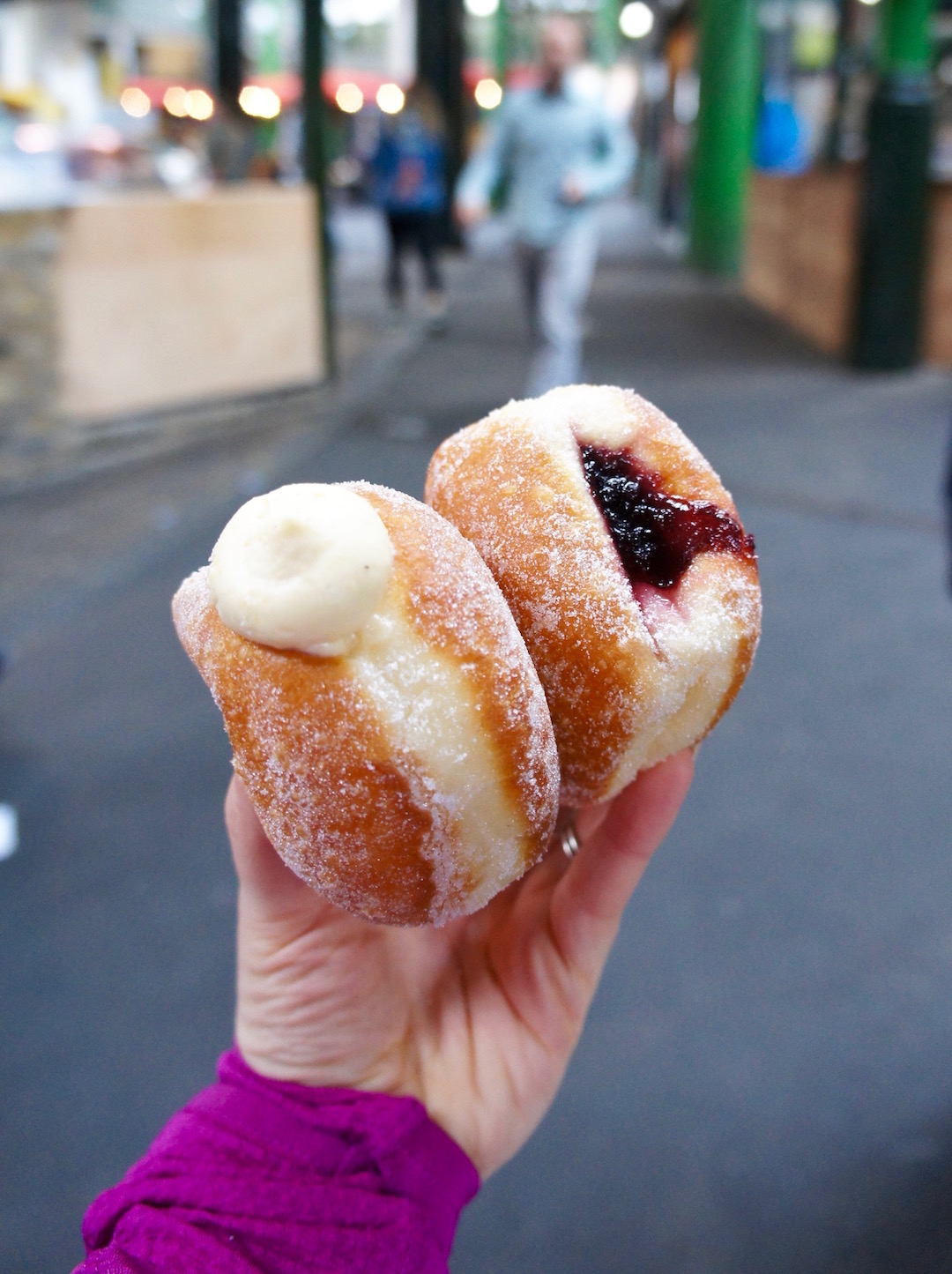 We had a little “cheers!” and then dove in 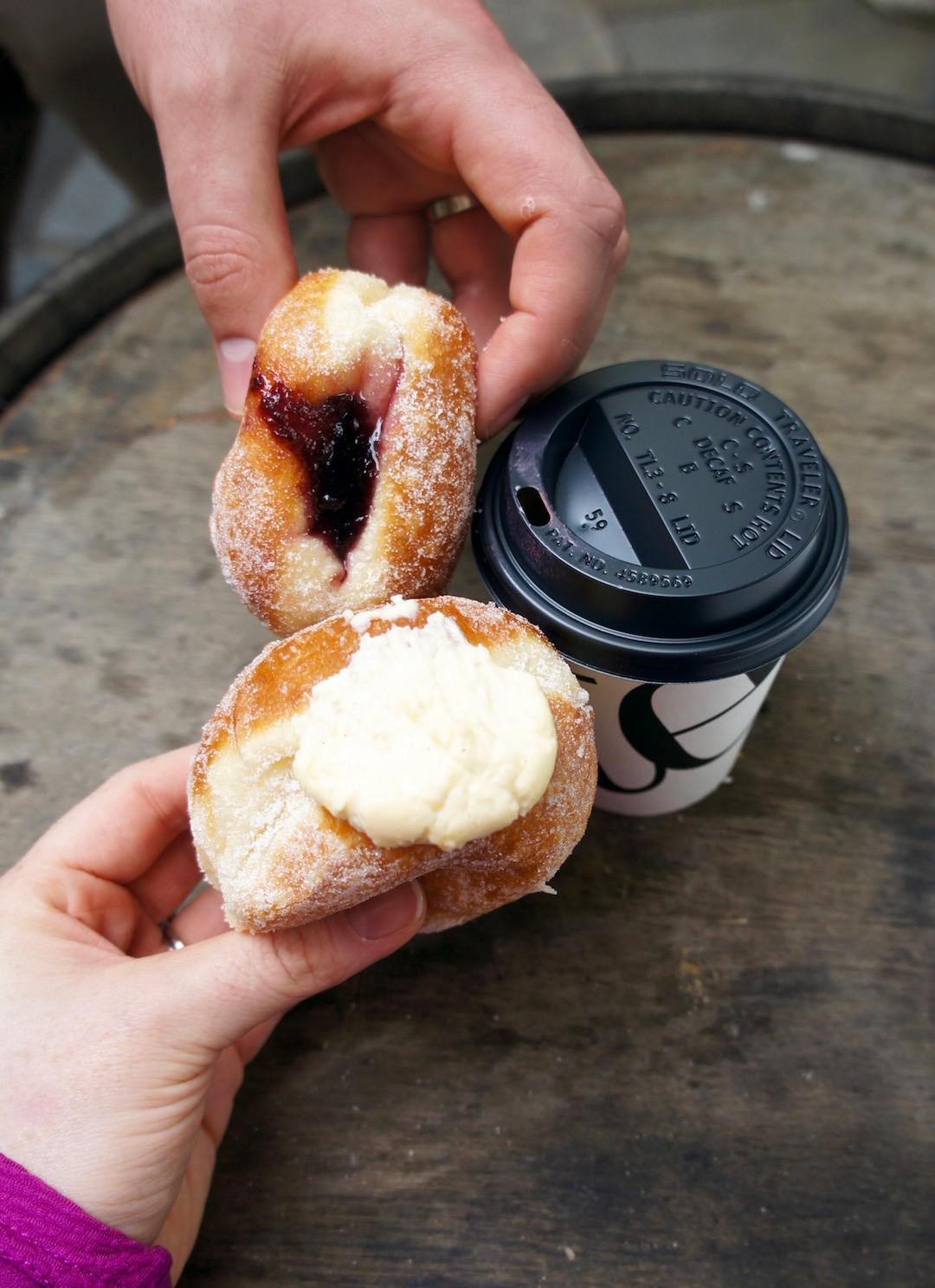 Both instantly suggesting through various nods and lip smacking that our doughnut, was in fact – the best one – then we swapped and neither of us could decide which one was actually better! Both were incredibly yummy and definitely worth your time, money and attention! 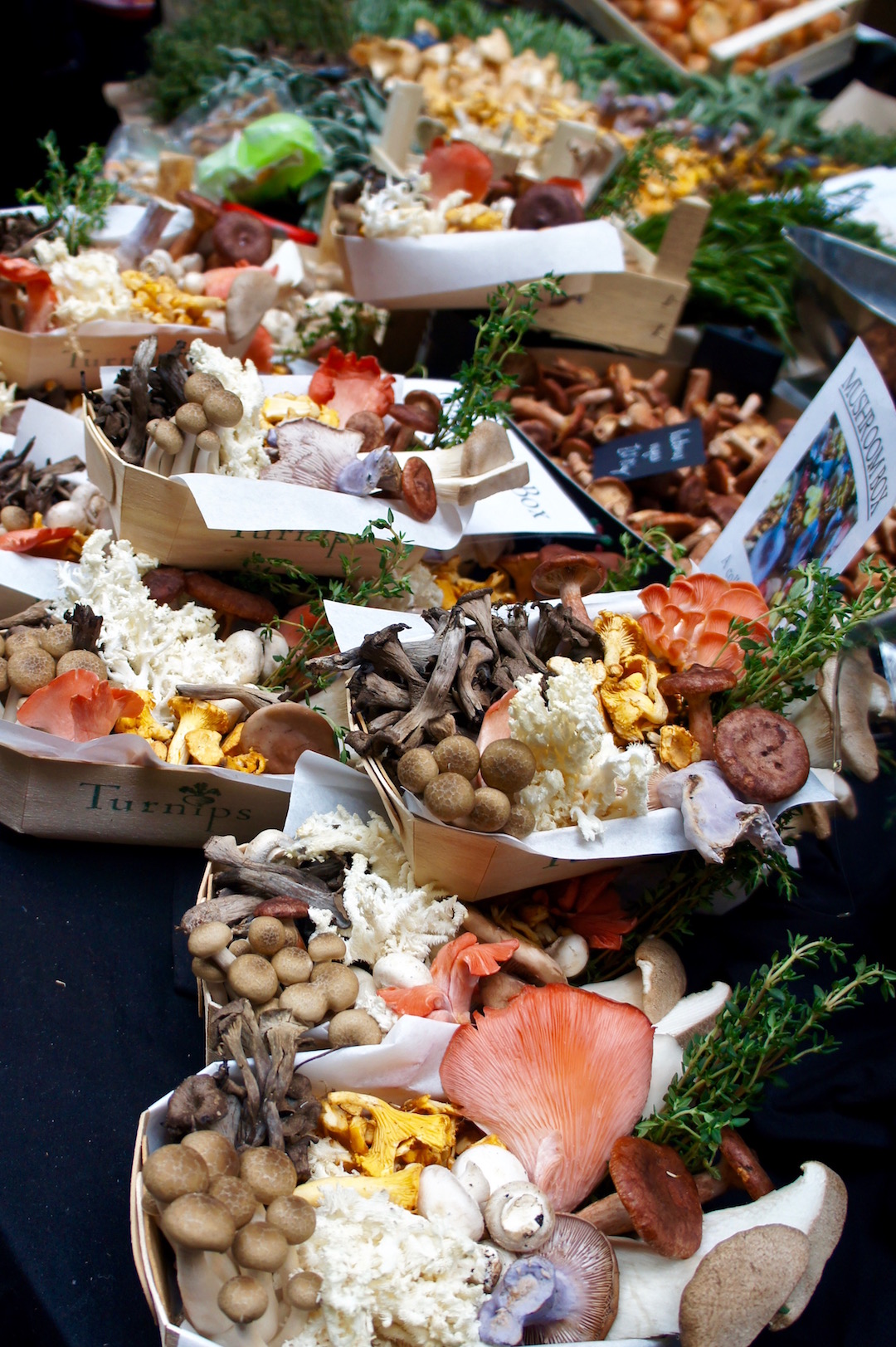 Like all fabulous food markets, there’s just so much to see, wild mushrooms, fresh fruit and veg 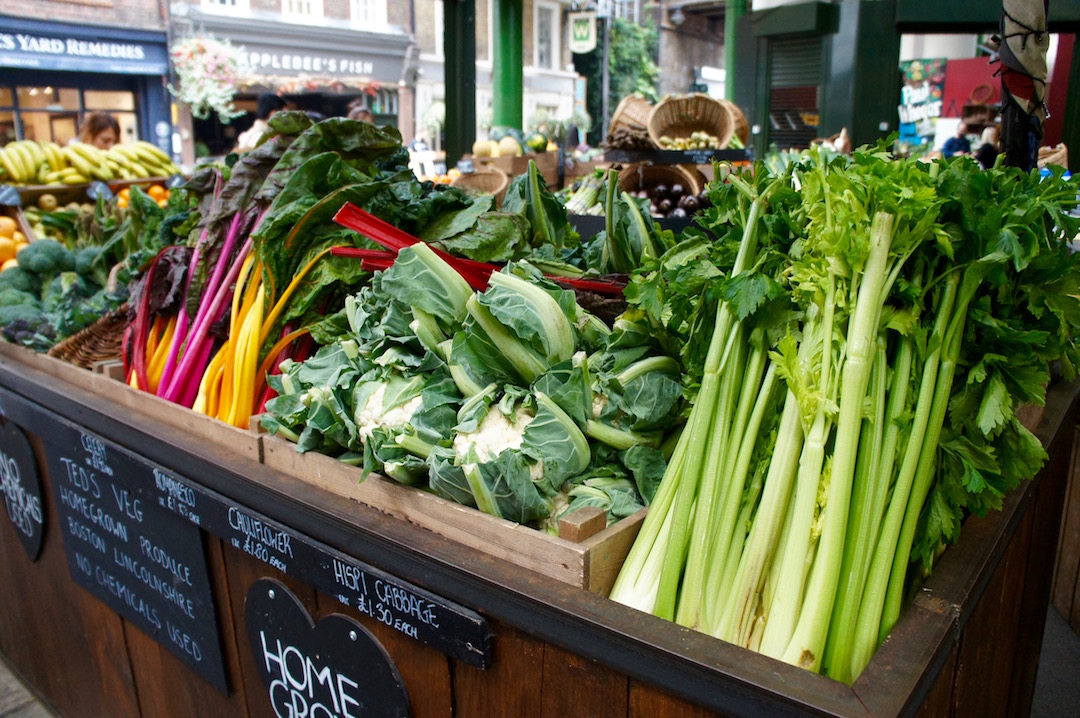 more craft beer and alcohol than you could shake a stick at, 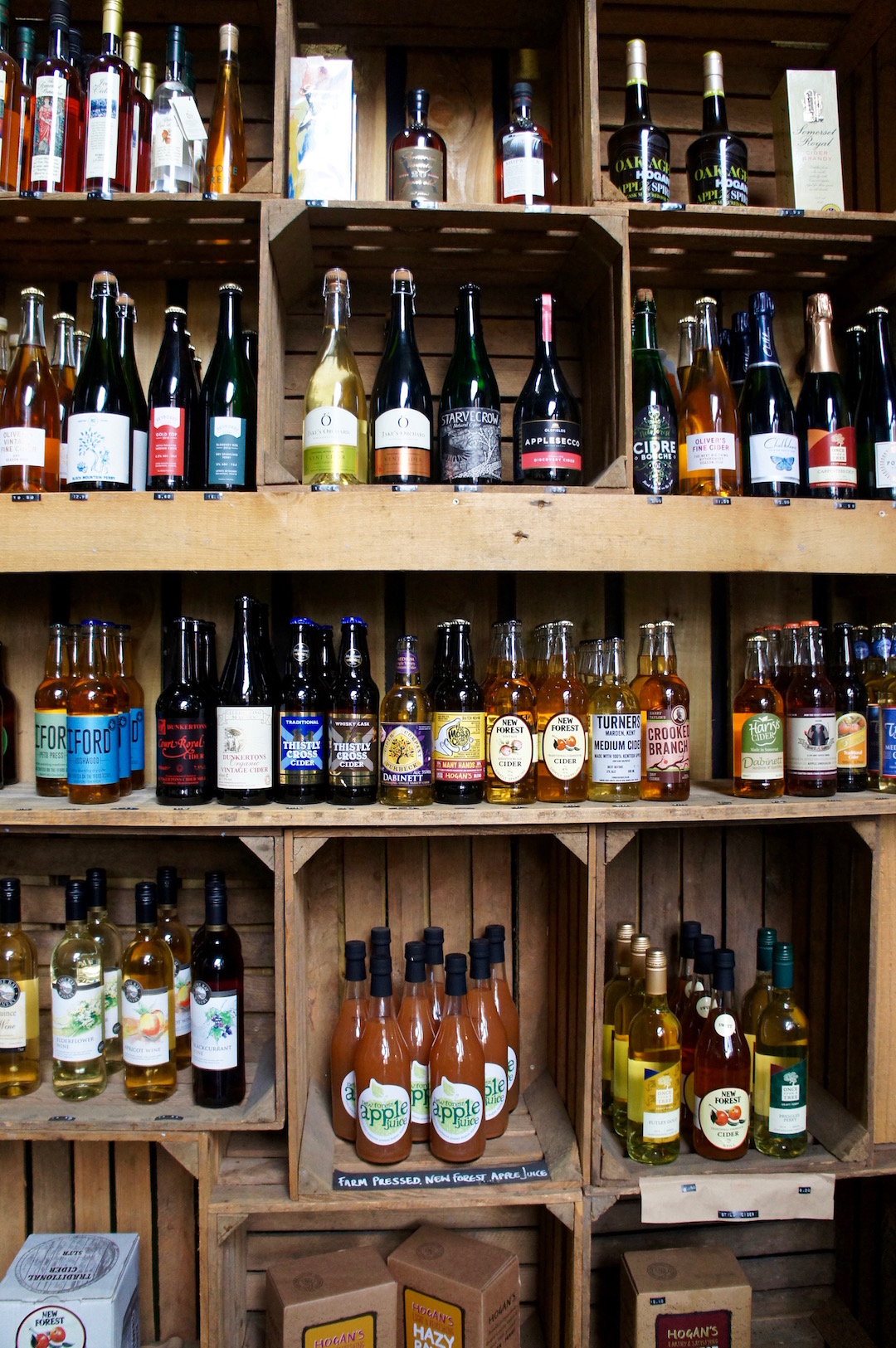 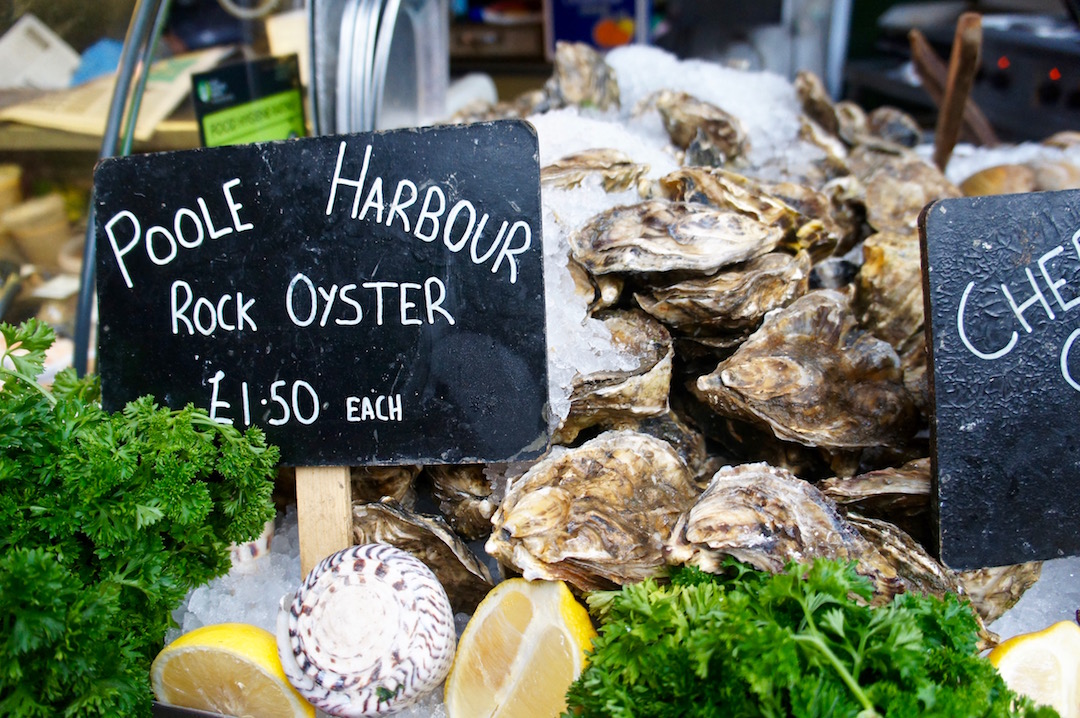 For me, sometimes I just love the original packaging, not yet mass produced for nation-wide selling, but still giving off that rather more intimate feeling between small stall owner and consumer 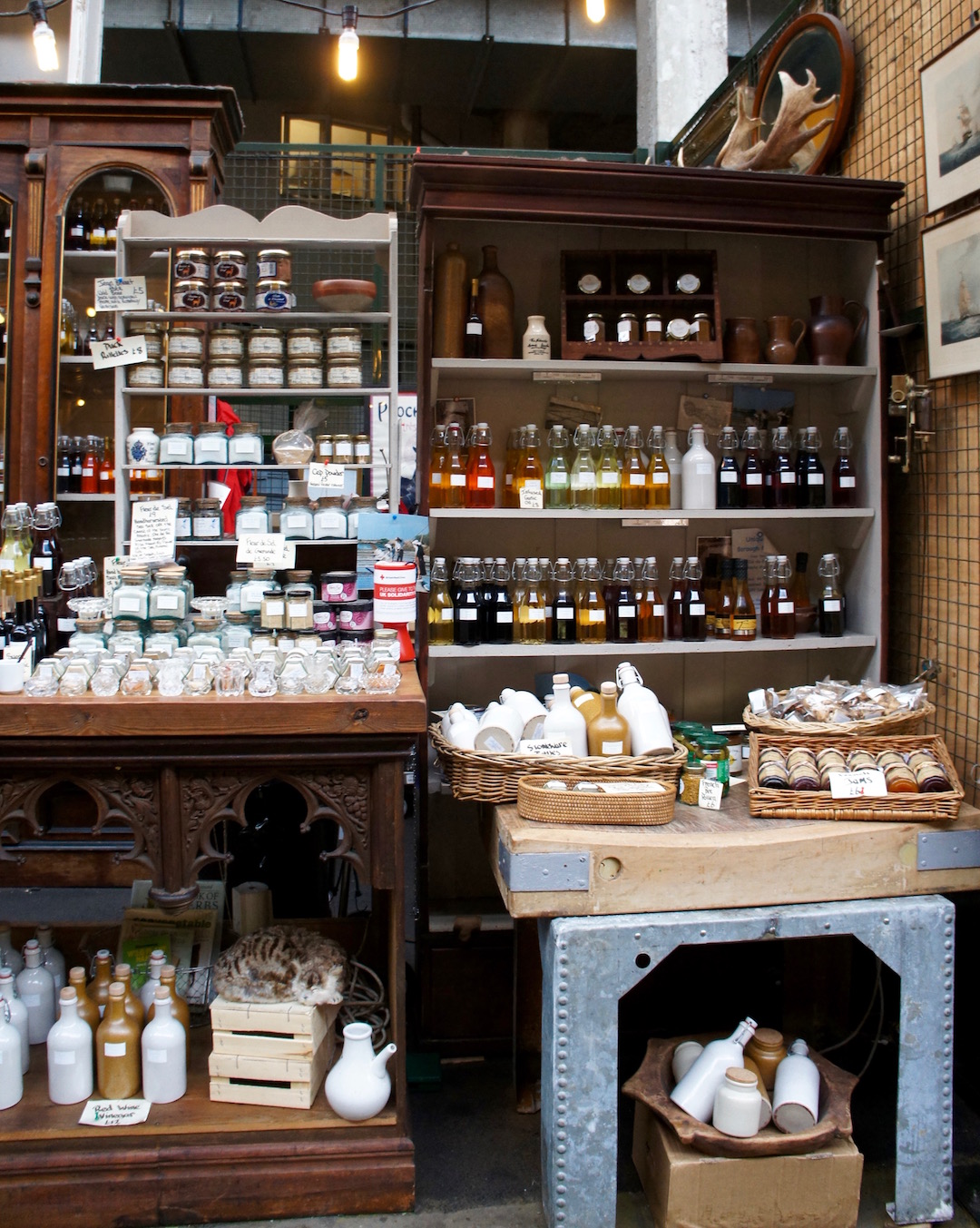 Samples are also readily given, we stopped off at this next stall and tried traditional, beef, wild boar and spicy chorizo, ending up purchasing their three pack to take home (gone in mere days!) 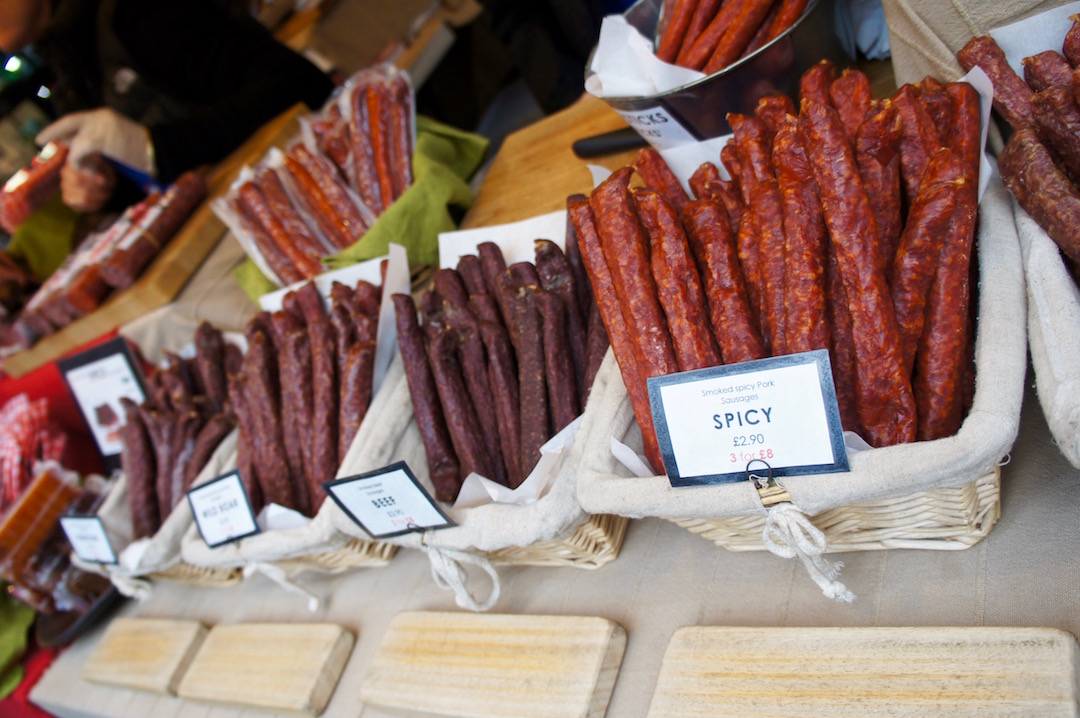 Once you’ve learnt how to make your own macarons, others may start to pale in comparison but what I love about the macarons sold in Borough Market is that they’re such random flavours you would rarely if ever make them yourself! Always good to try something new – broadens the horizons and all that! 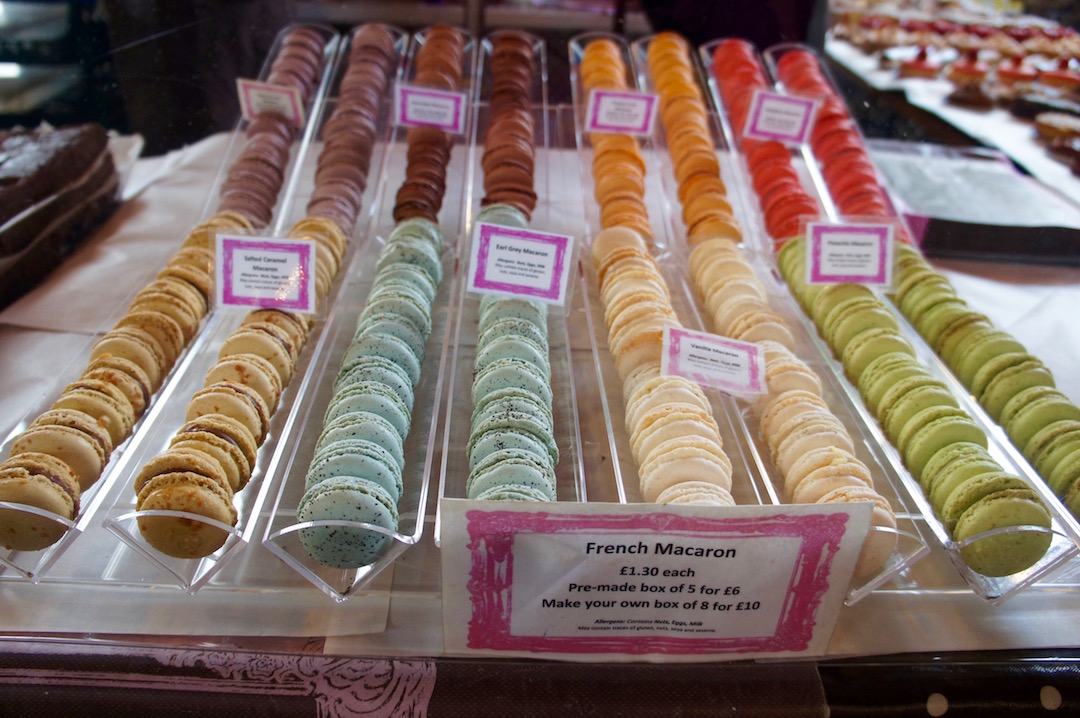 I also snapped up an artisan olive oil with a real peppery kick and the absolute tastiest basamic vinegar I think I’ve ever tried – YUM! 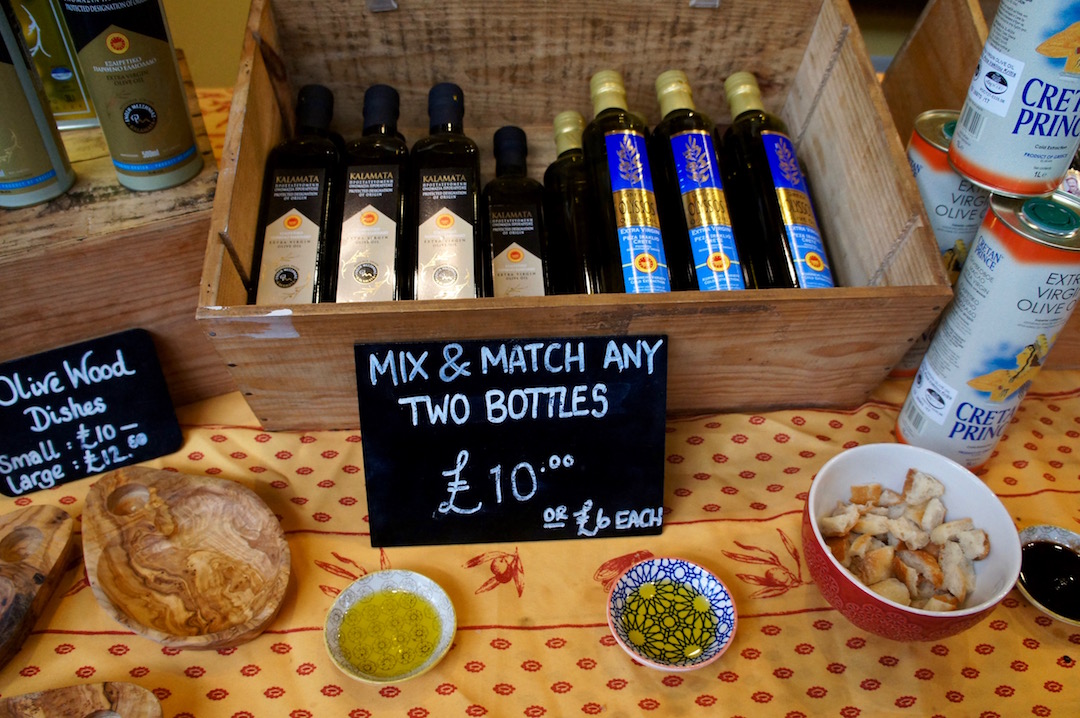 After all our walking around, Himself said that the doughnut just hadn’t cut it for slow release energy and he had to be fed, so we wandered into the “cooking” stalls area and found him a bap by Boston Burger 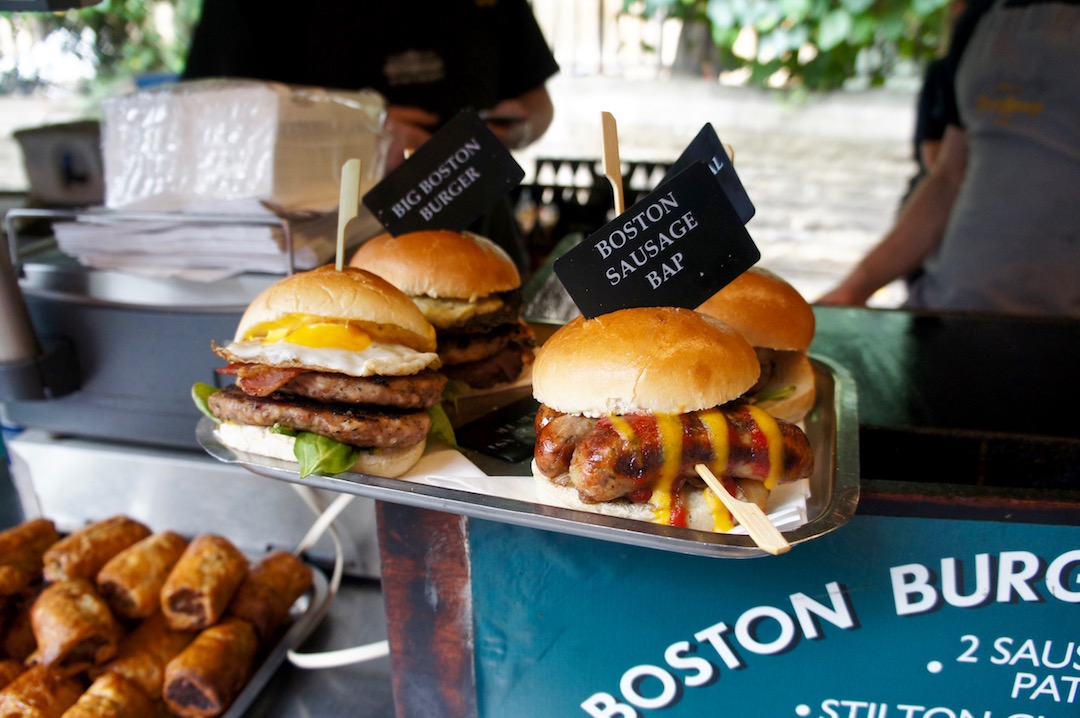 He was delighted with his choice 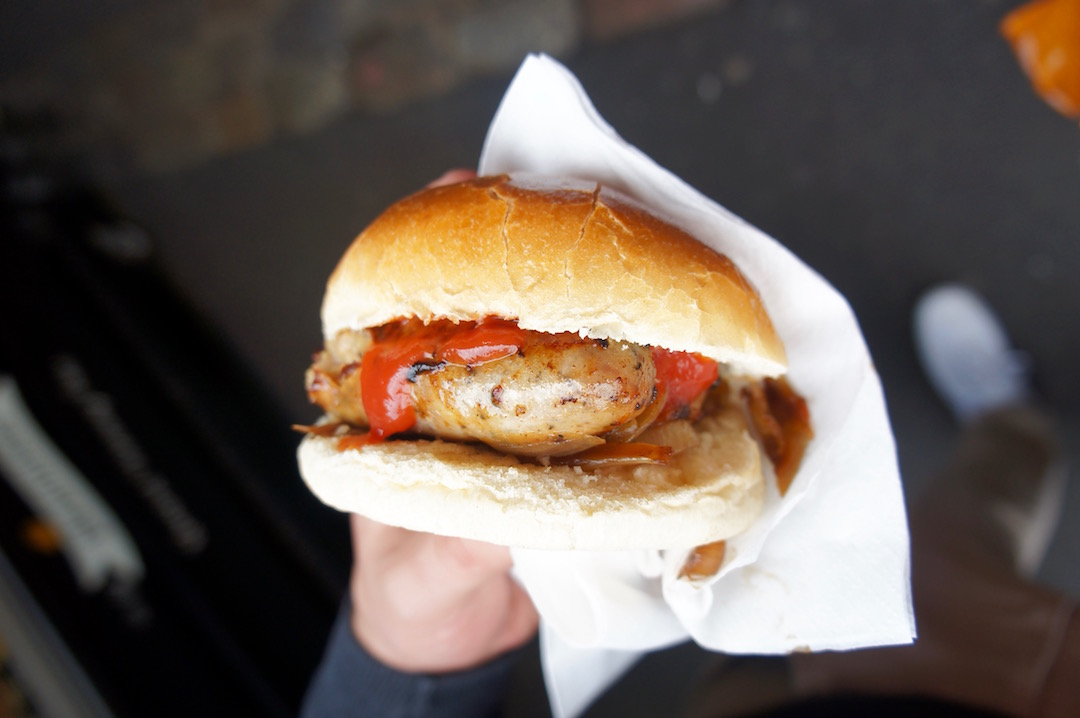 as you can see! He also informed me that this was his rendition of my “signature shot” although apparently his is infinitely better because a sausage bap trumps a cup of tea any day of the week…! 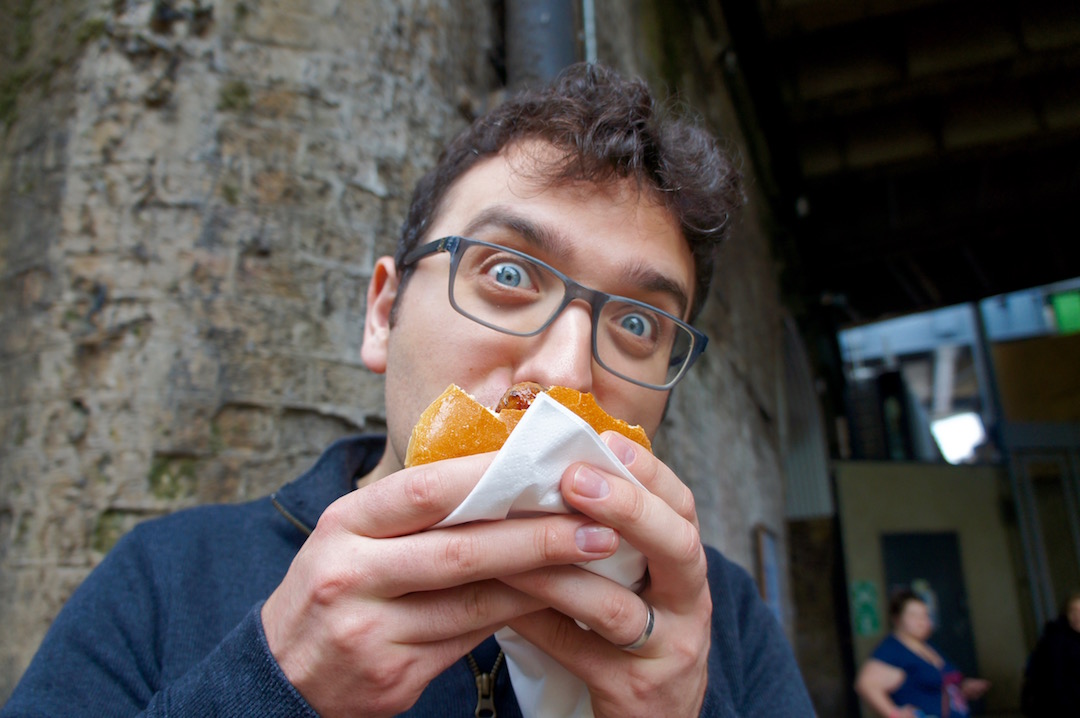 We had a gorgeous morning walking around, exploring and picking up a few bits and pieces for our lunch and dinners over the following few days. You must visit! Go, go early and enjoy 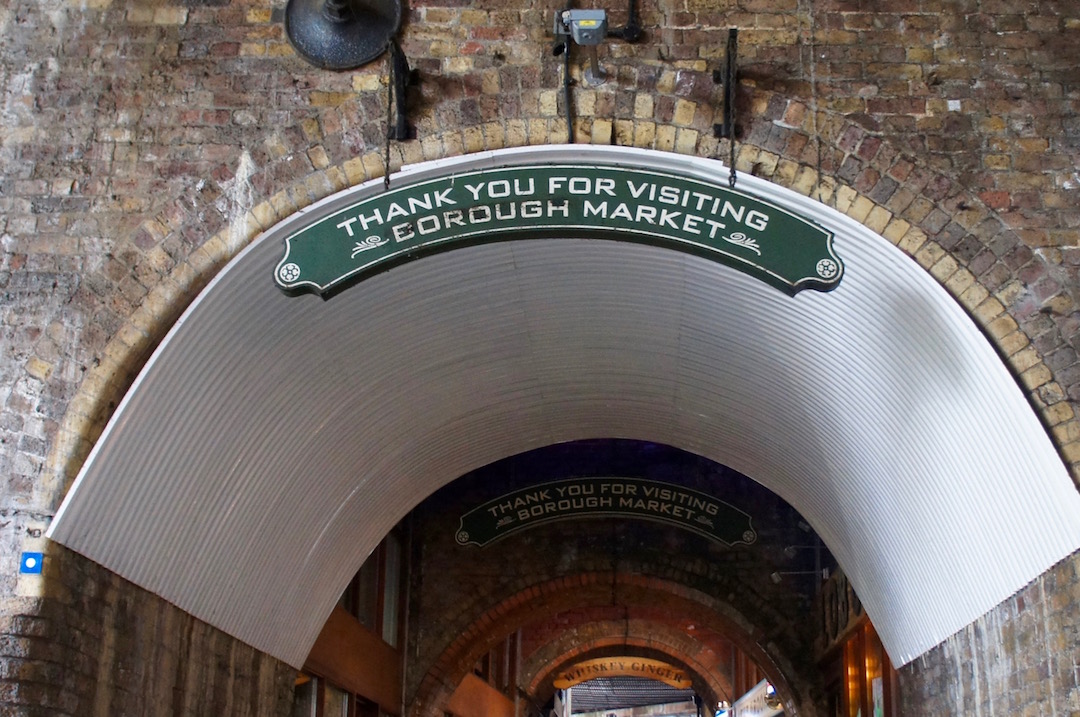