Birthday’s are always worth celebrating in my book, so when my friend said she was going to have a few drinks and nibbles at Pergola On The Roof to see in her birthday, Himself and I were there in a flash! 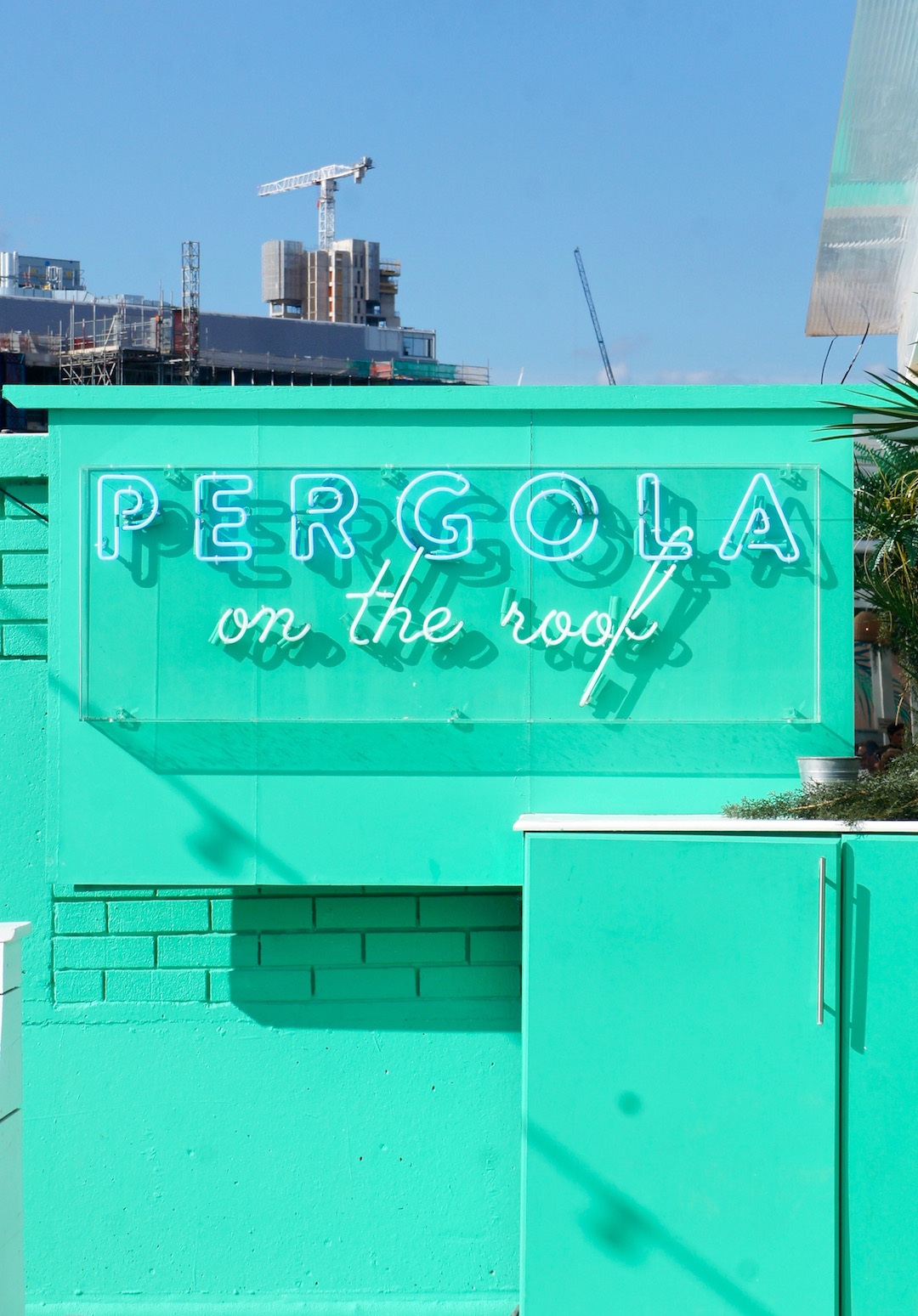 Pergola is a pop-up running in two spots this season, one in Paddington and the original pop up in Shephard’s Bush, which is where we were 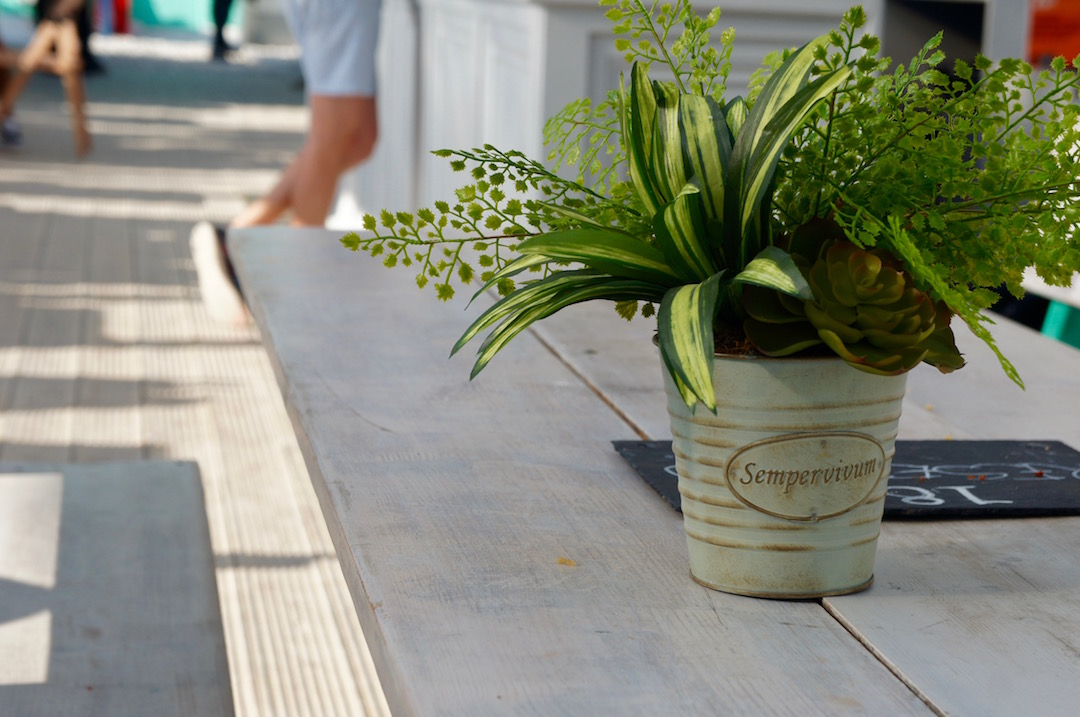 This year, their theme was that of the Hamptons and it was so pretty. White and turquoise everywhere, beach hut style fooderies and a large bar in the centre making some of the tastiest cocktails in London 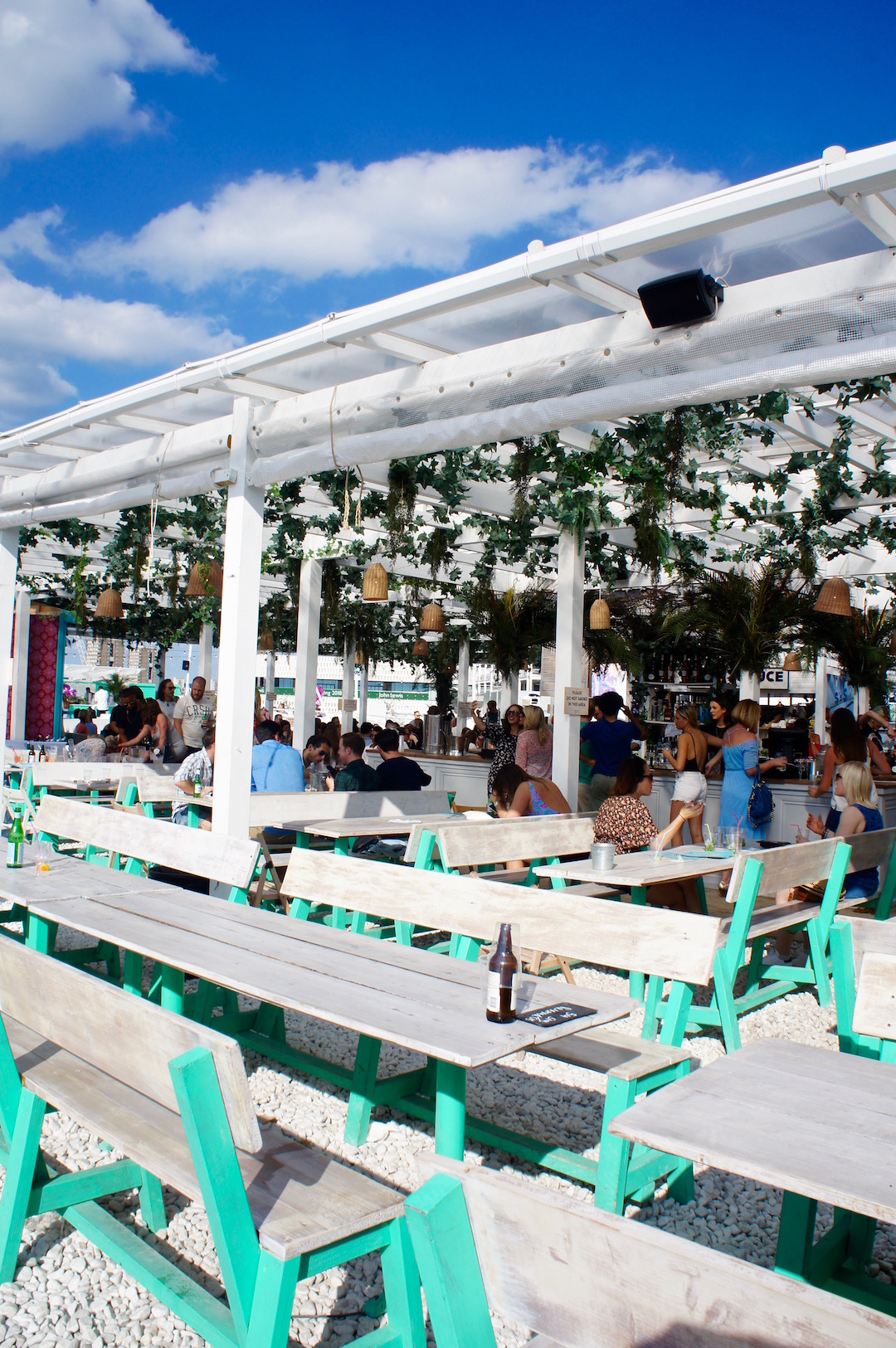 But I saved them until later and instead we all shared a bottle (or three) of prosecco, toast after toast to the beautiful birthday girl! 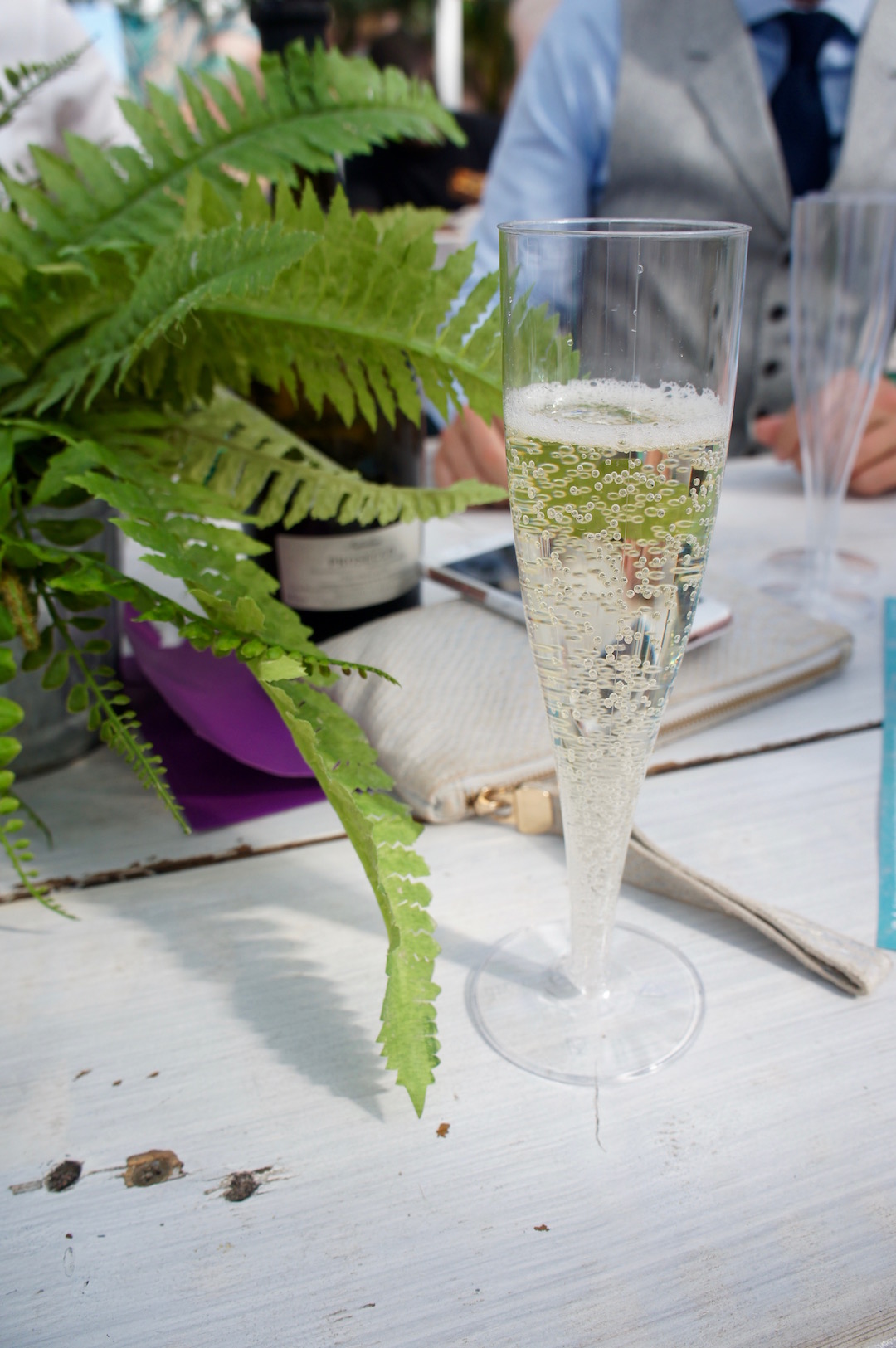 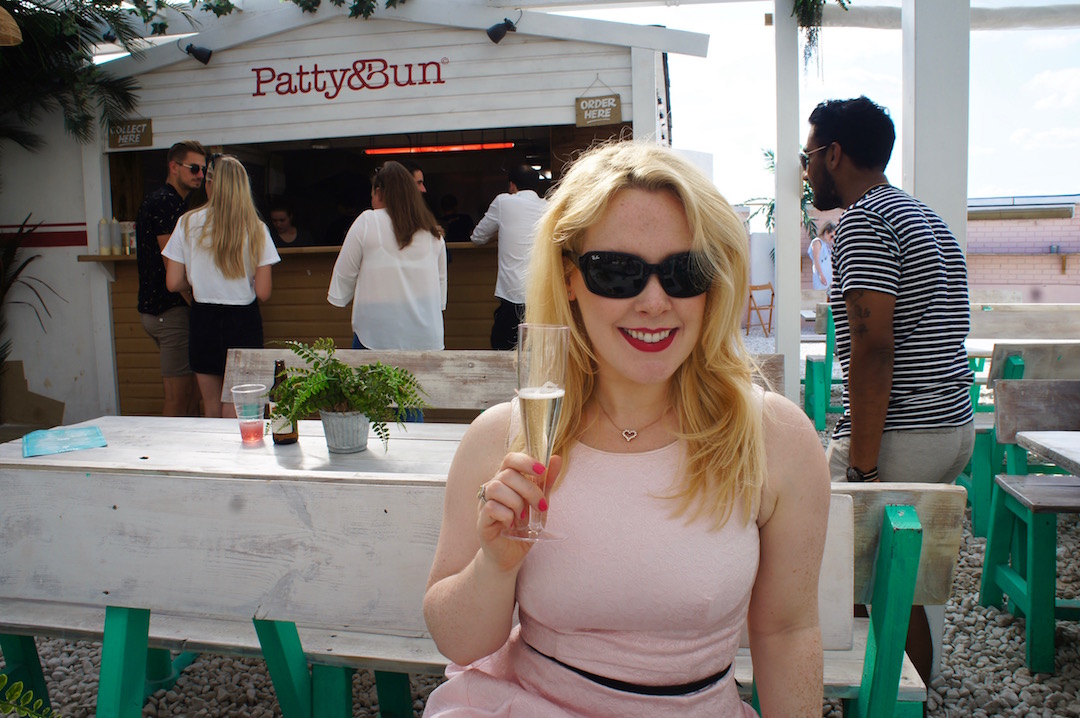 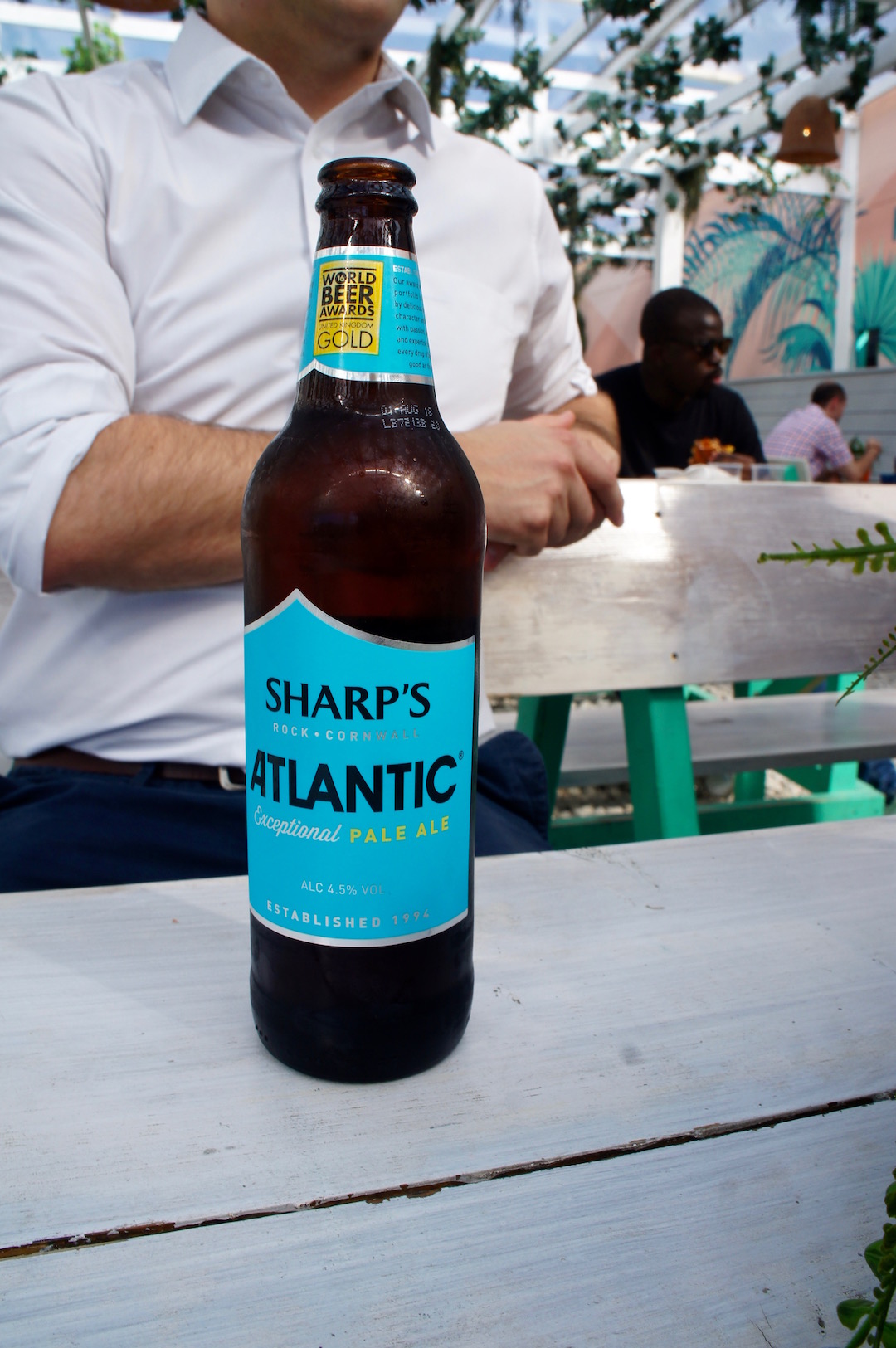 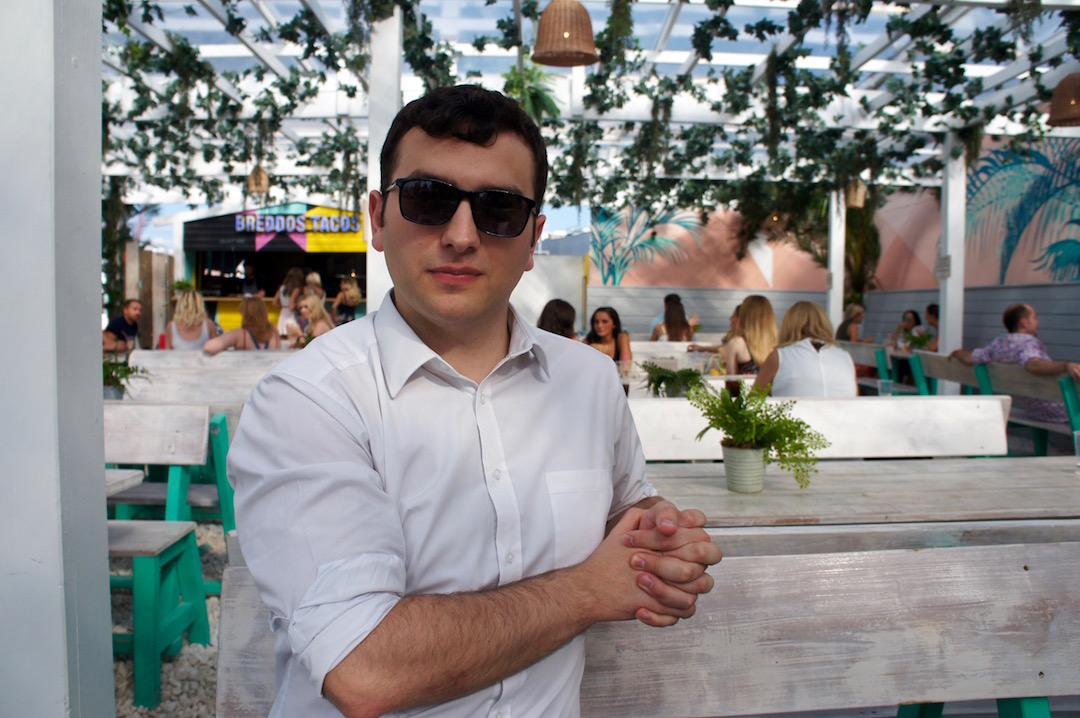 There are lots of lovely foodie options available at Pergola and although they were a little expensive, the food itself was tippy top 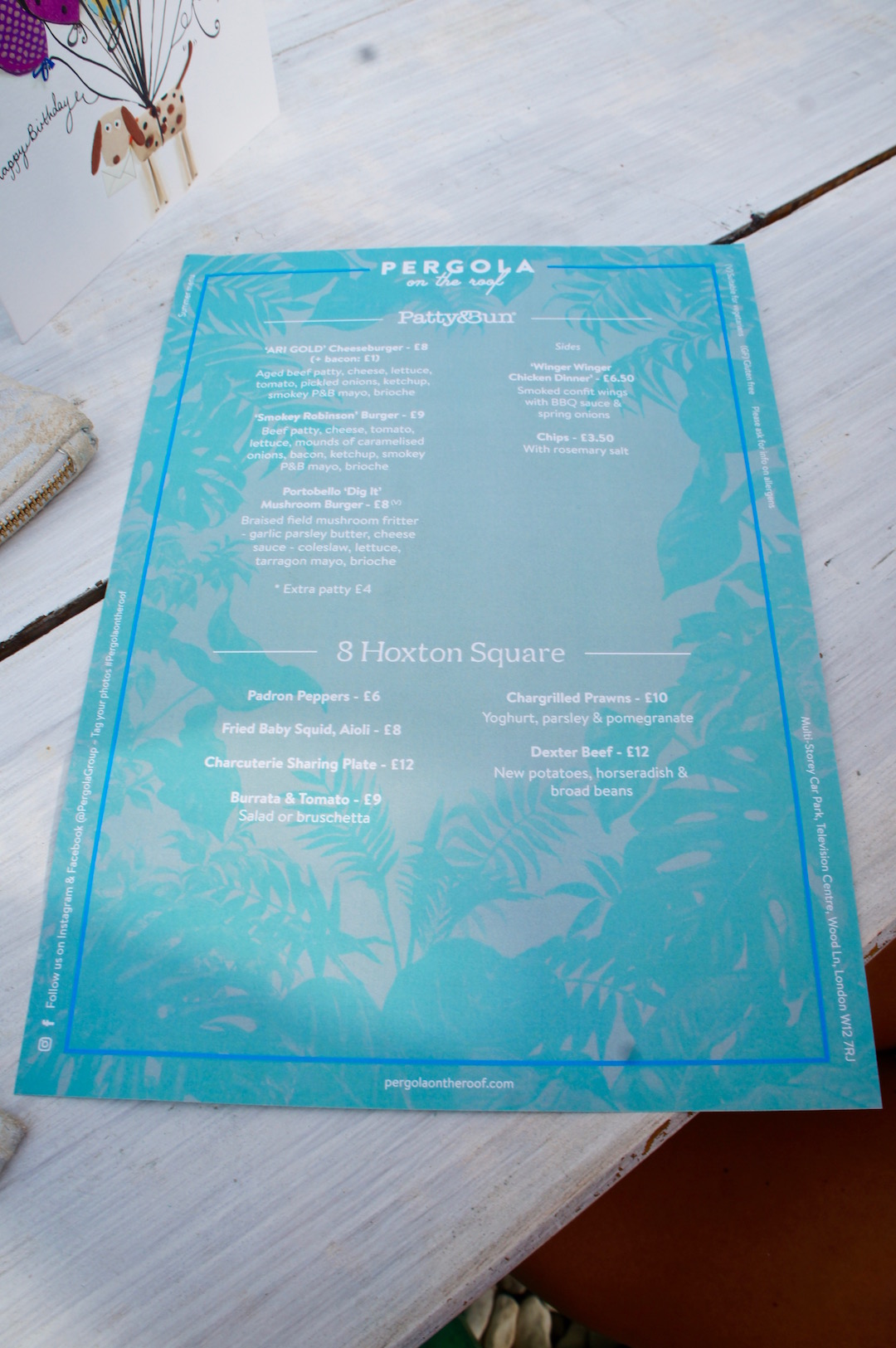 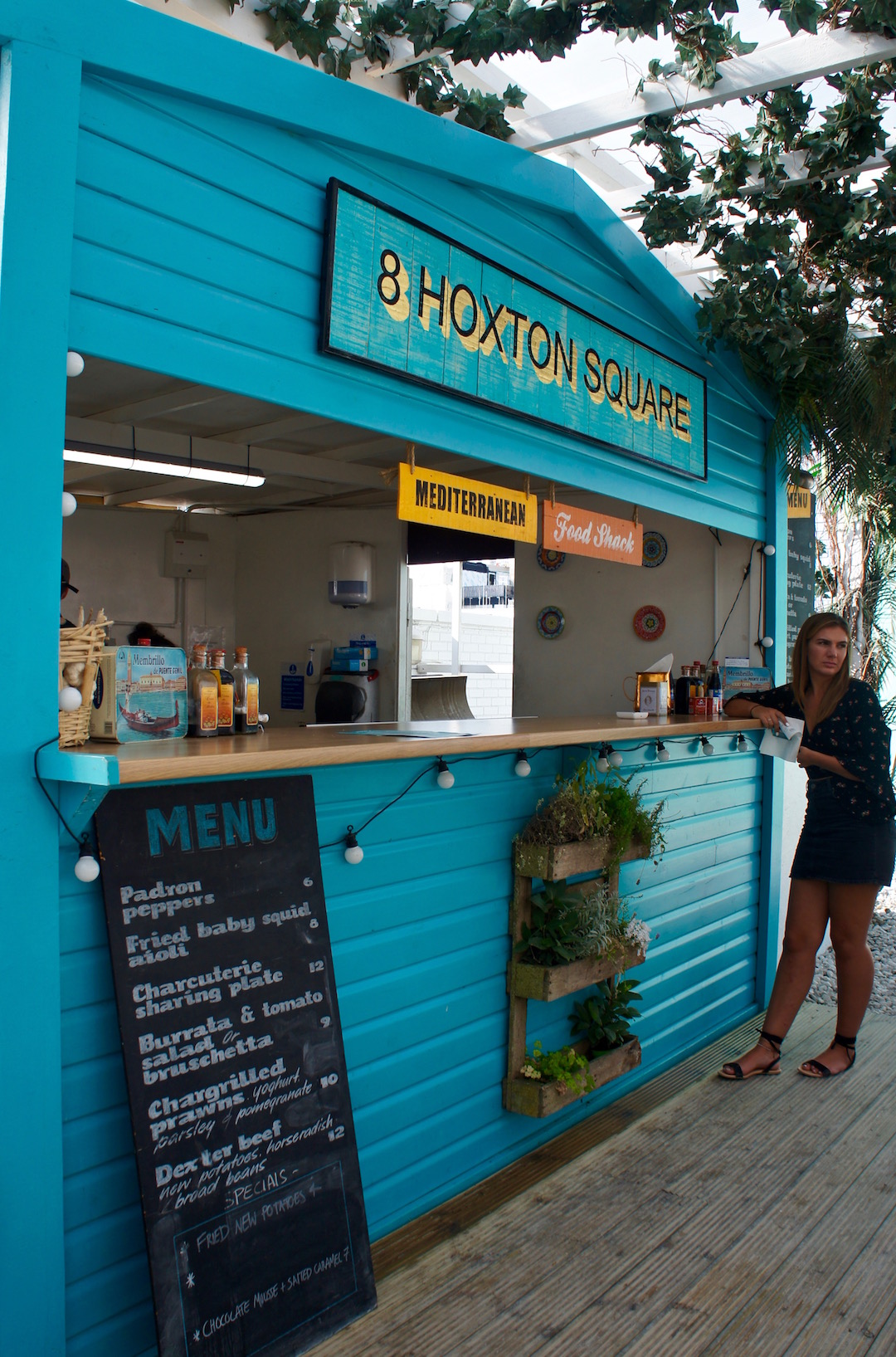 Our party didn’t get anything from 8 Hoxton Square, although their menu did look pretty tasty 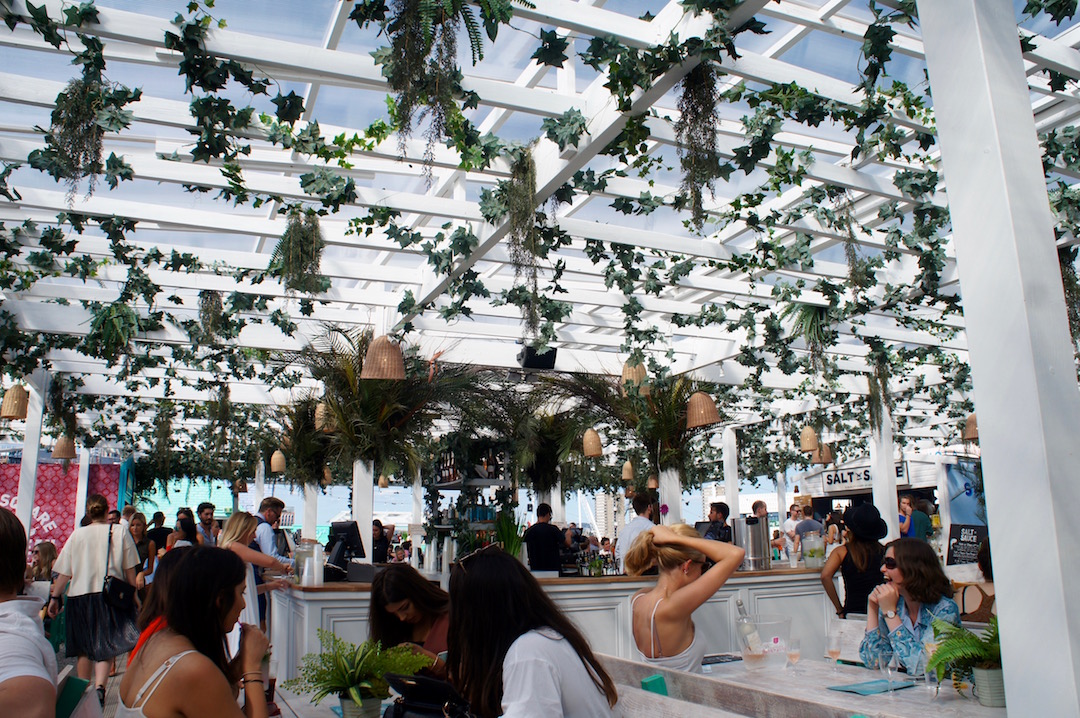 Instead we purchased dishes from the other three, Salt’n’Sauce and Patty & Bun and Beddos Tacos 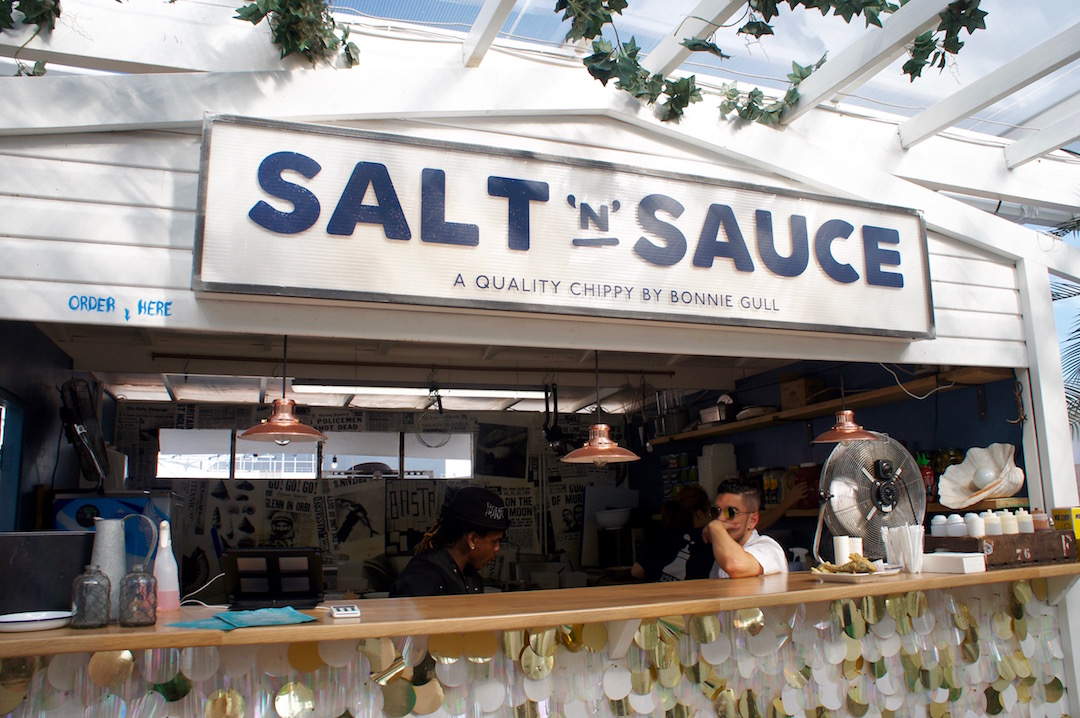 Just one item from Salt’n’Sauce, one of our number got Skinny Fries with Marie Rose sauce 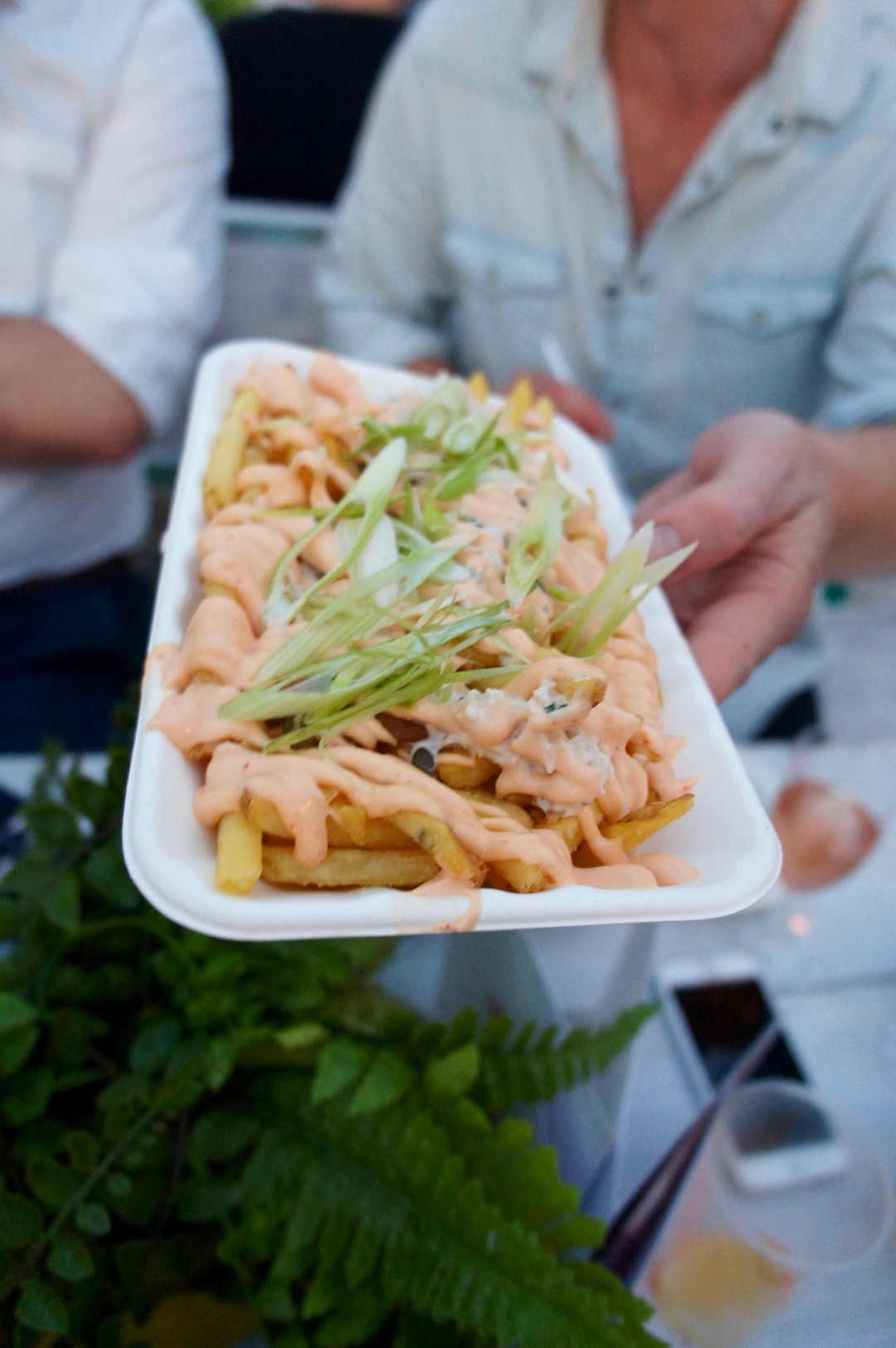 And from Patty & Bun, well, our group got stuck in here to be honest! 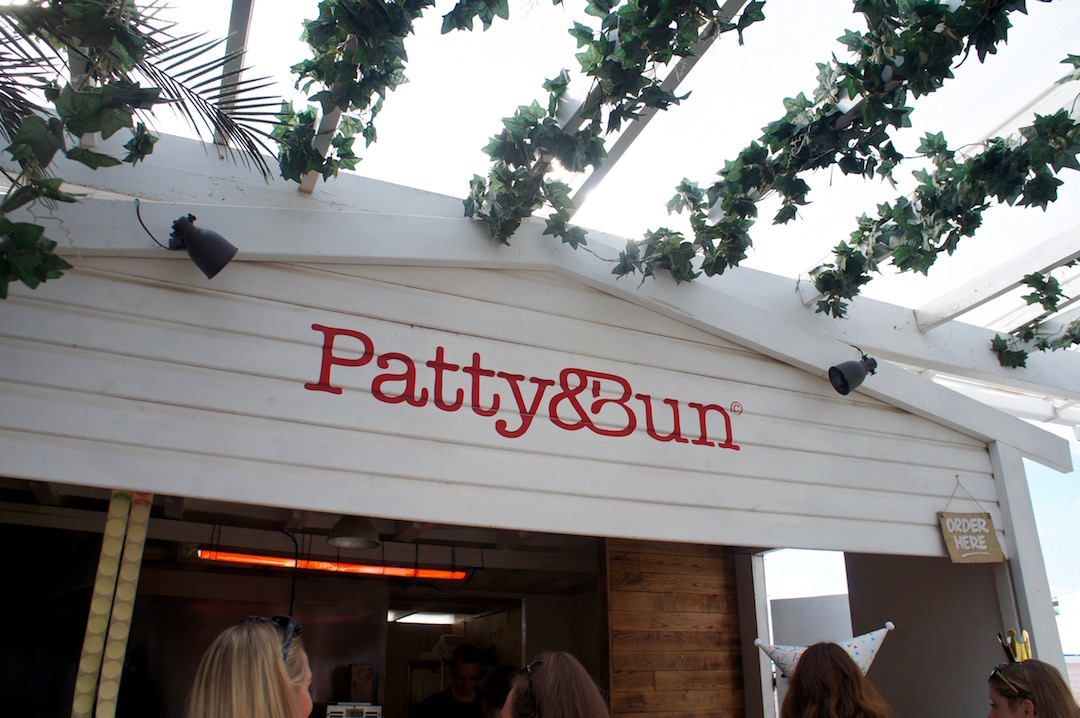 I went for the “Smokey Robinson” beef patty, cheese, lettuce, tomato, mounds of caramelised onions, bacon, ketchup, smokey P&B mayo in a brioche bun, as did a few others! 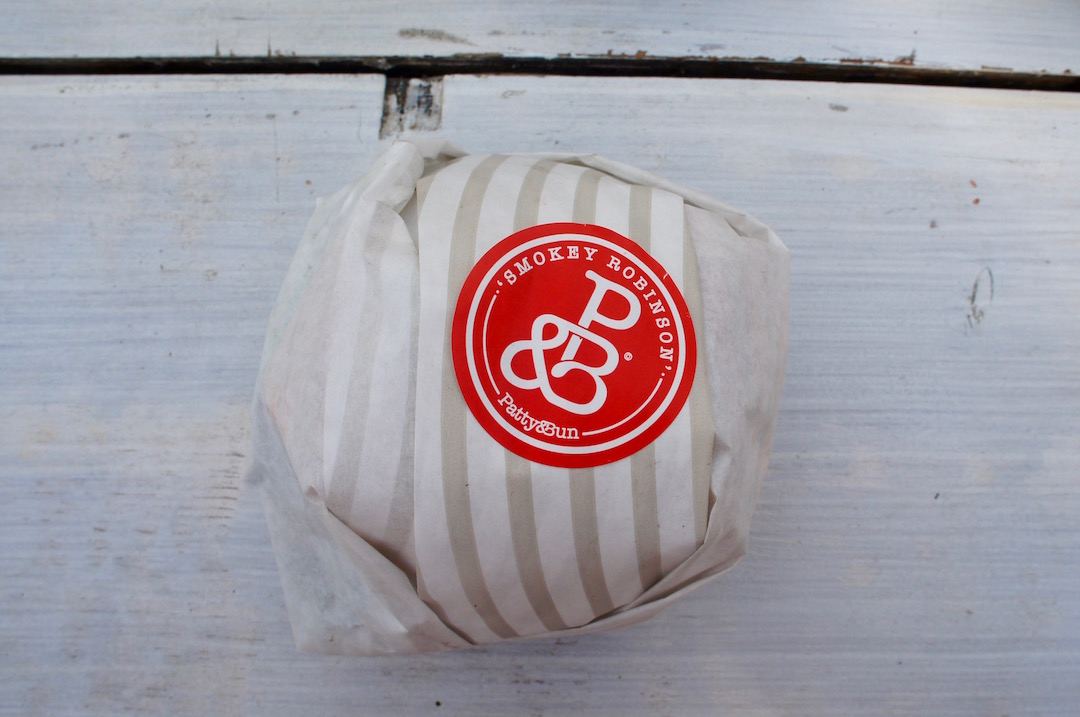 it was completely and utterly delicious – like – really delicious! And very hard to share, so you know you REALLLY love someone if you’ve shared this nommness with them 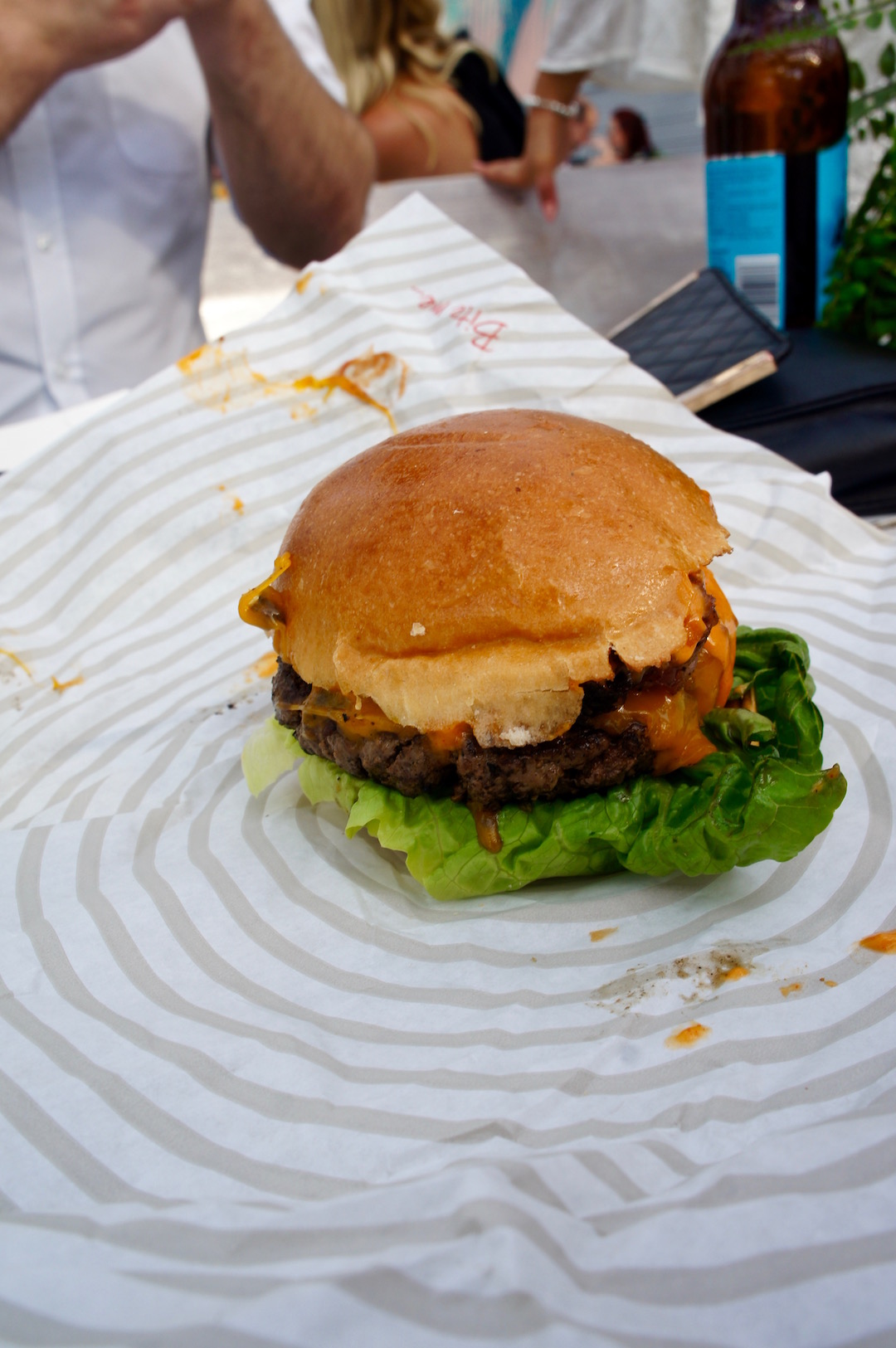 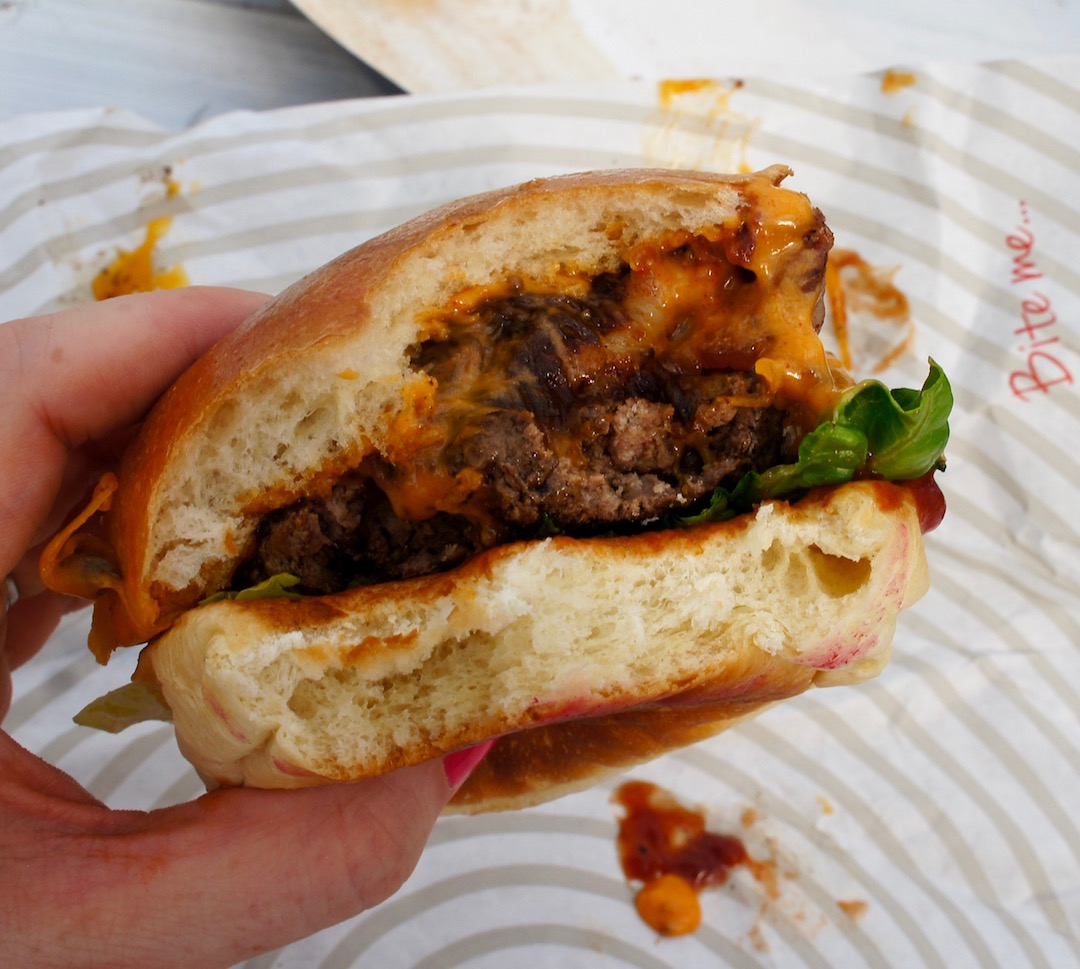 Someone else had the “Winger Winger”, smoked confit wings with BBQ sauce and spring onion. The meat just fell off the bone, they were incredibly good and that sauce – YUM!! We also had the chips with Rosemary salt which had us all licking our fingers, smacking our lips and wanting more! 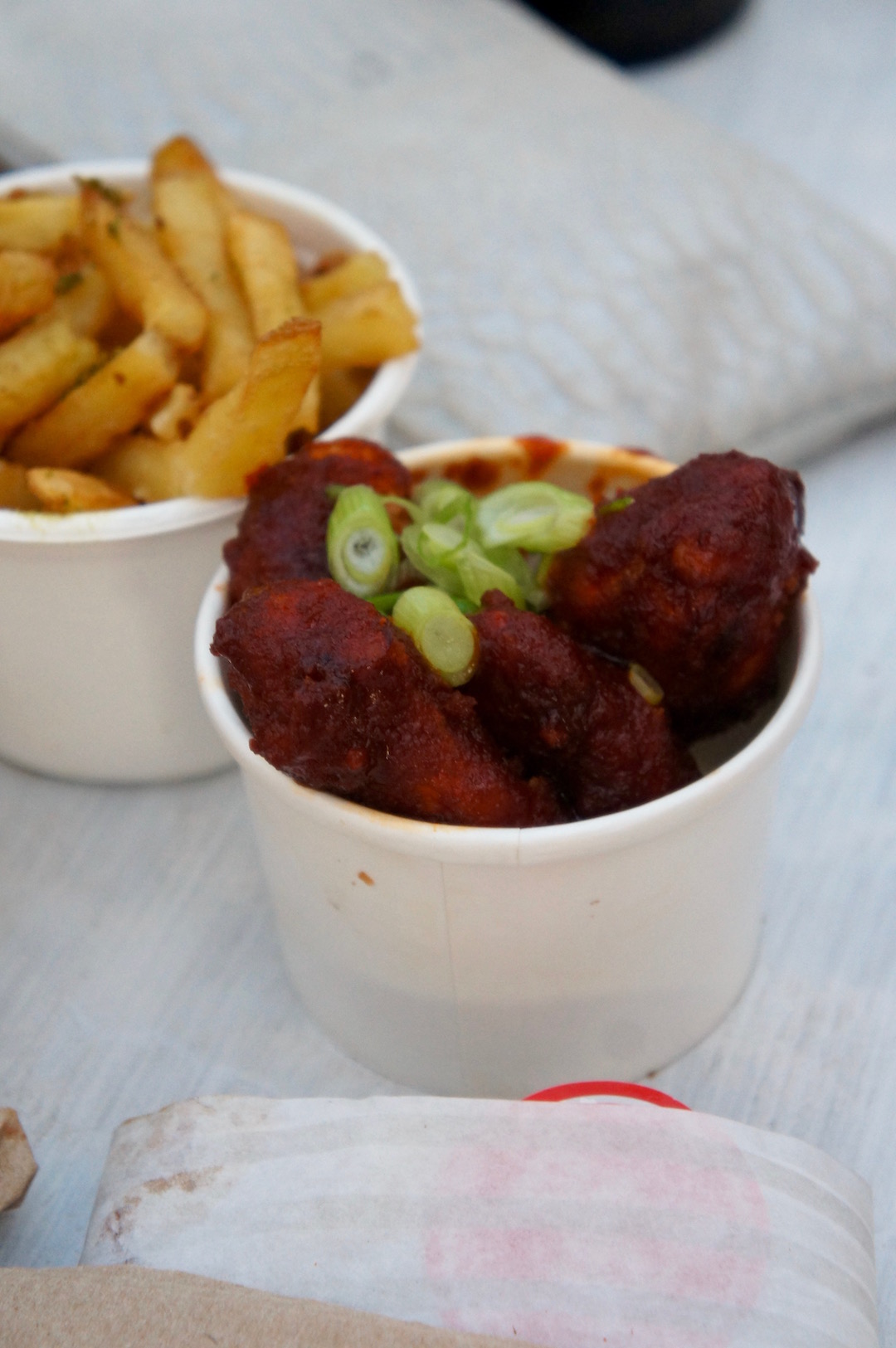 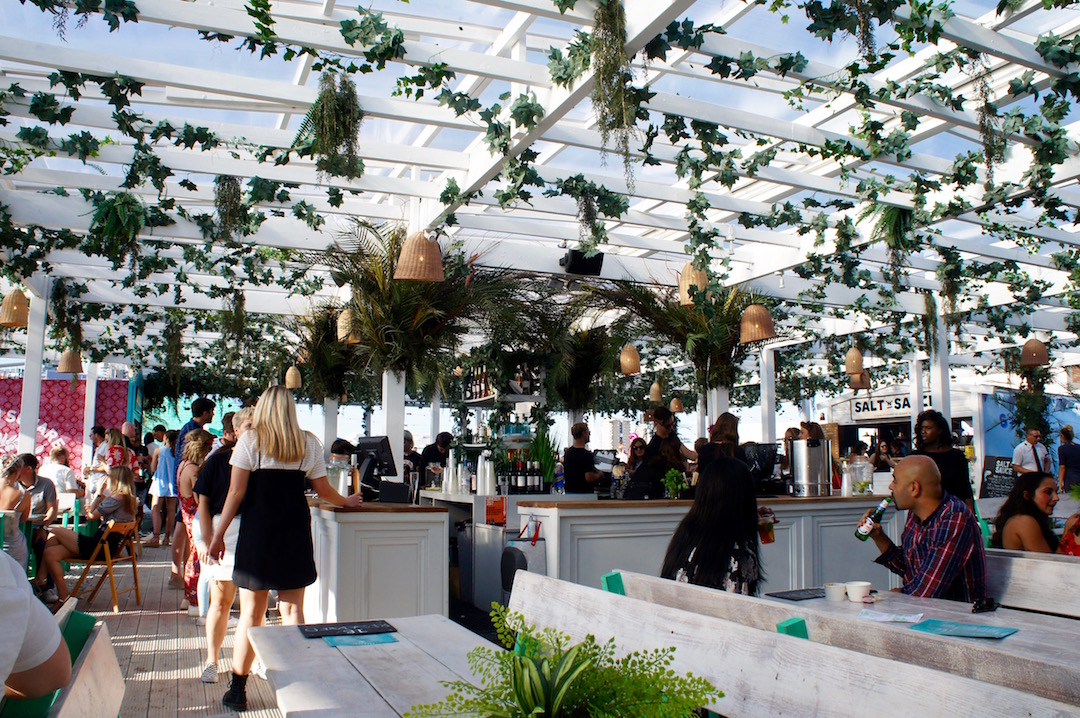 However! My one gripe with Pergola was that when my fella ordered me another Le Gran Fizz, it was much later in the night and the bartender, for whatever reason, didn’t use Grey Goose but a cheaper alternative – yes we noticed!! For £7.50 this should not be happening and if they had run out of Grey Goose they should have either lowered the price, or confessed and asked would it be ok to use something else instead, rather than just doing it, charging the same rate and hoping no one would notice, although there is also an argument that maybe this was a new barman and it was a complete accident.

We decided not to raise the flag as we were at a friends birthday and we didn’t want to make a fuss but it’s something for you all to watch out for, in any bar to be fair. 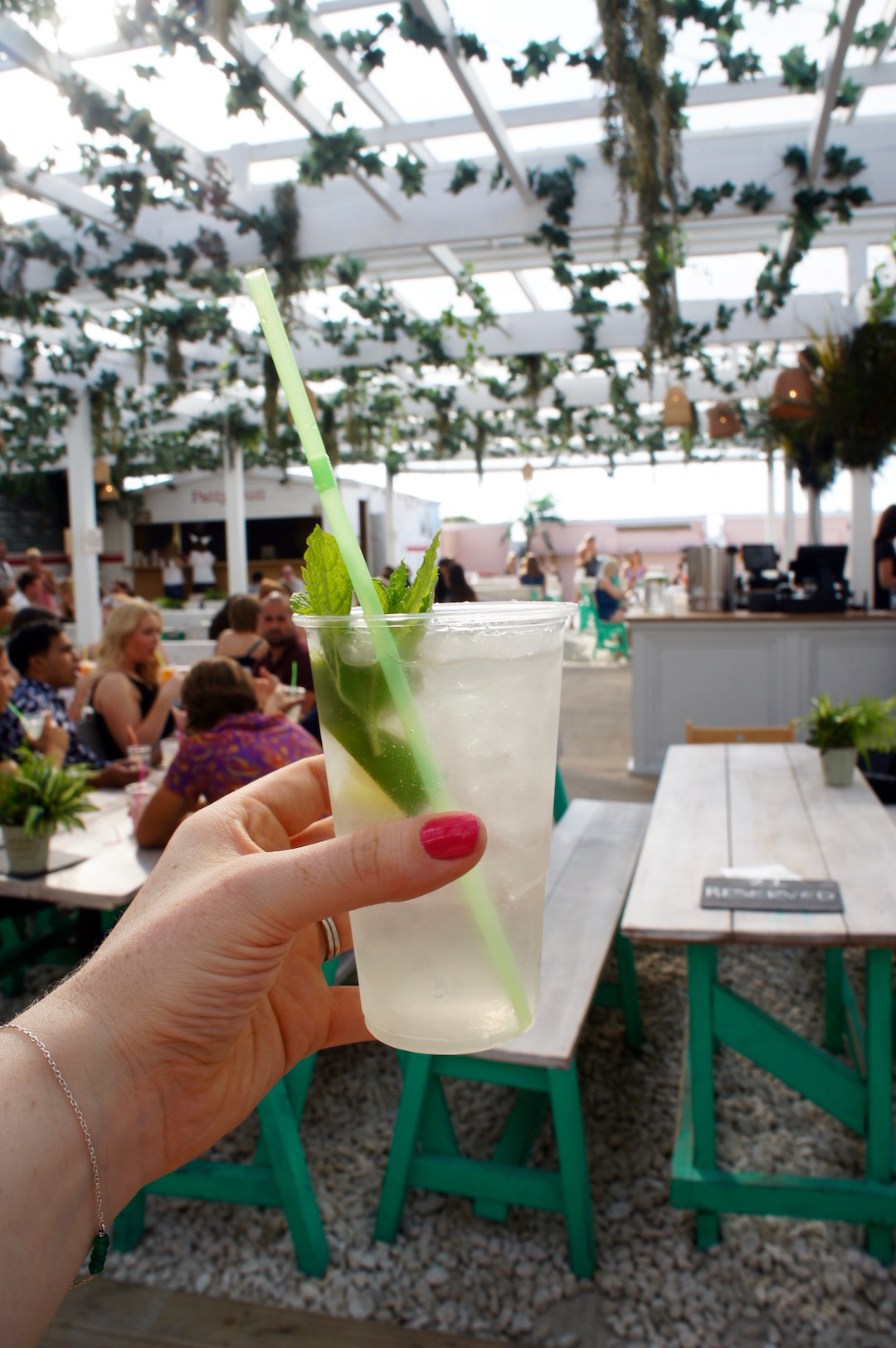 Lastly on the food front, Himself and a couple of others got some foodage from Breddos Tacos 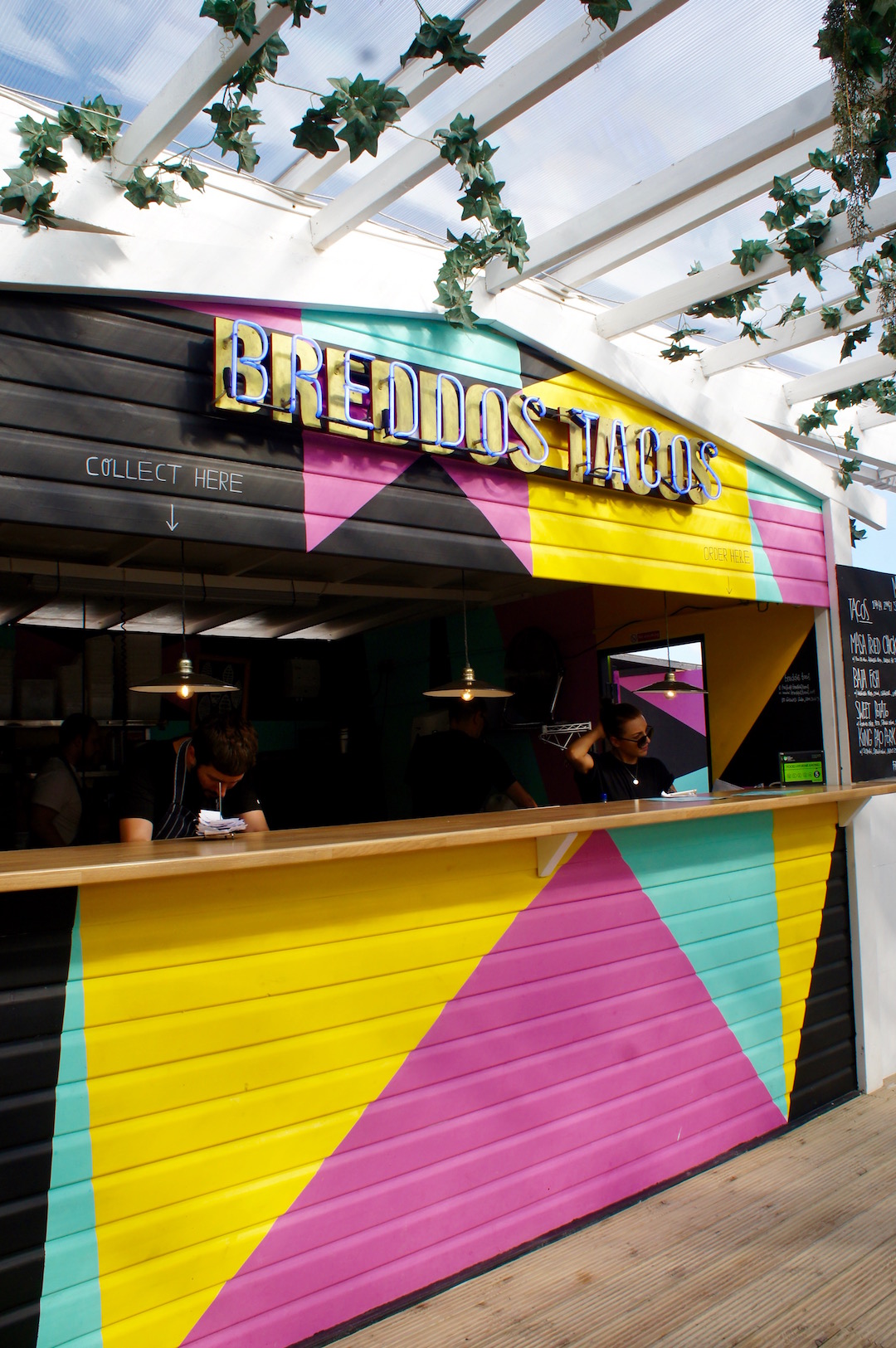 Himself tried the chicken taco which was absolutely gorgeous, not overly spicy, just right in our opinion! 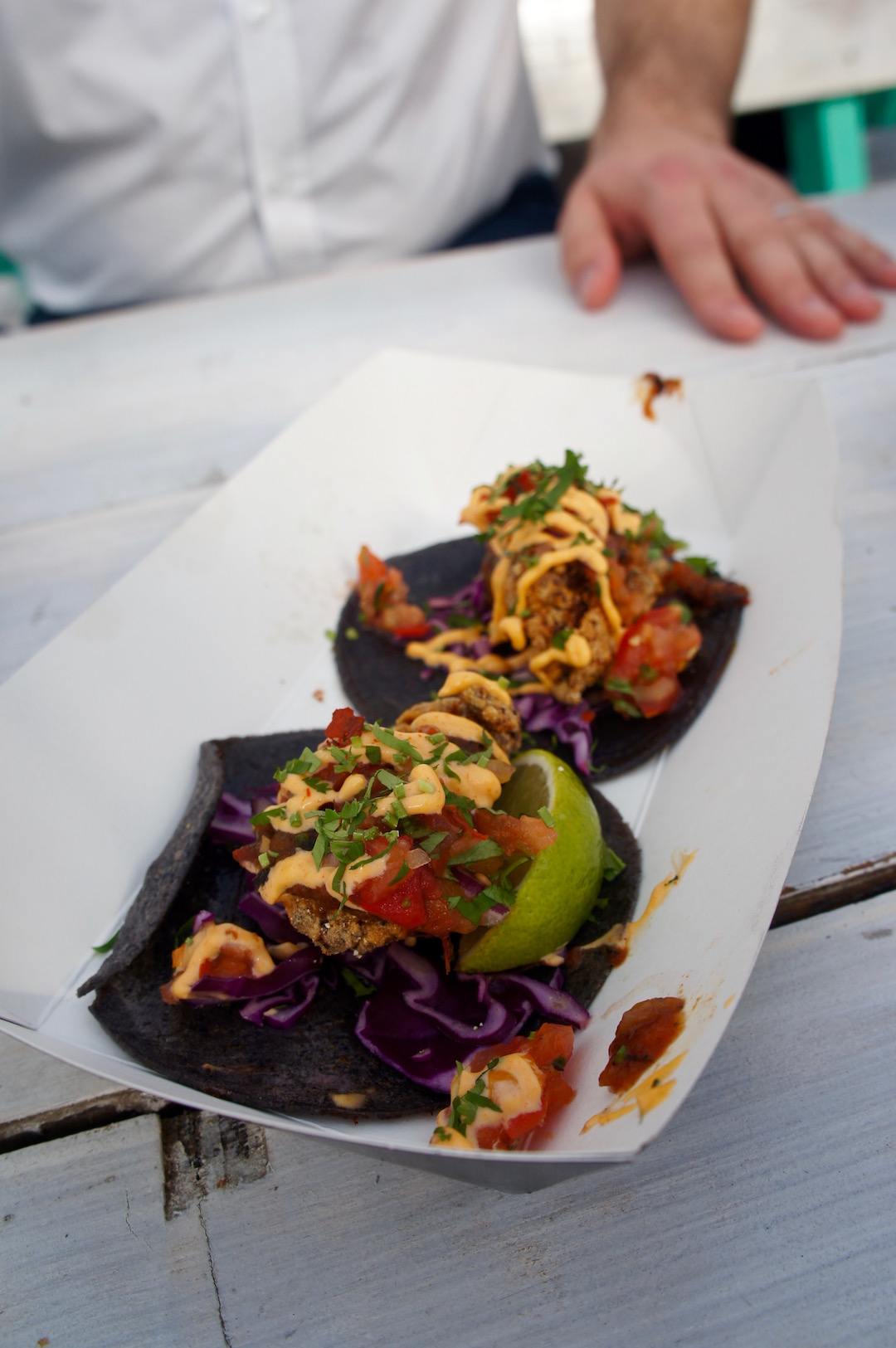 and someone else tried the Masa Fried Chicken – as there was nothing left of it within mere minutes – I would imagine that means it tasted like more! 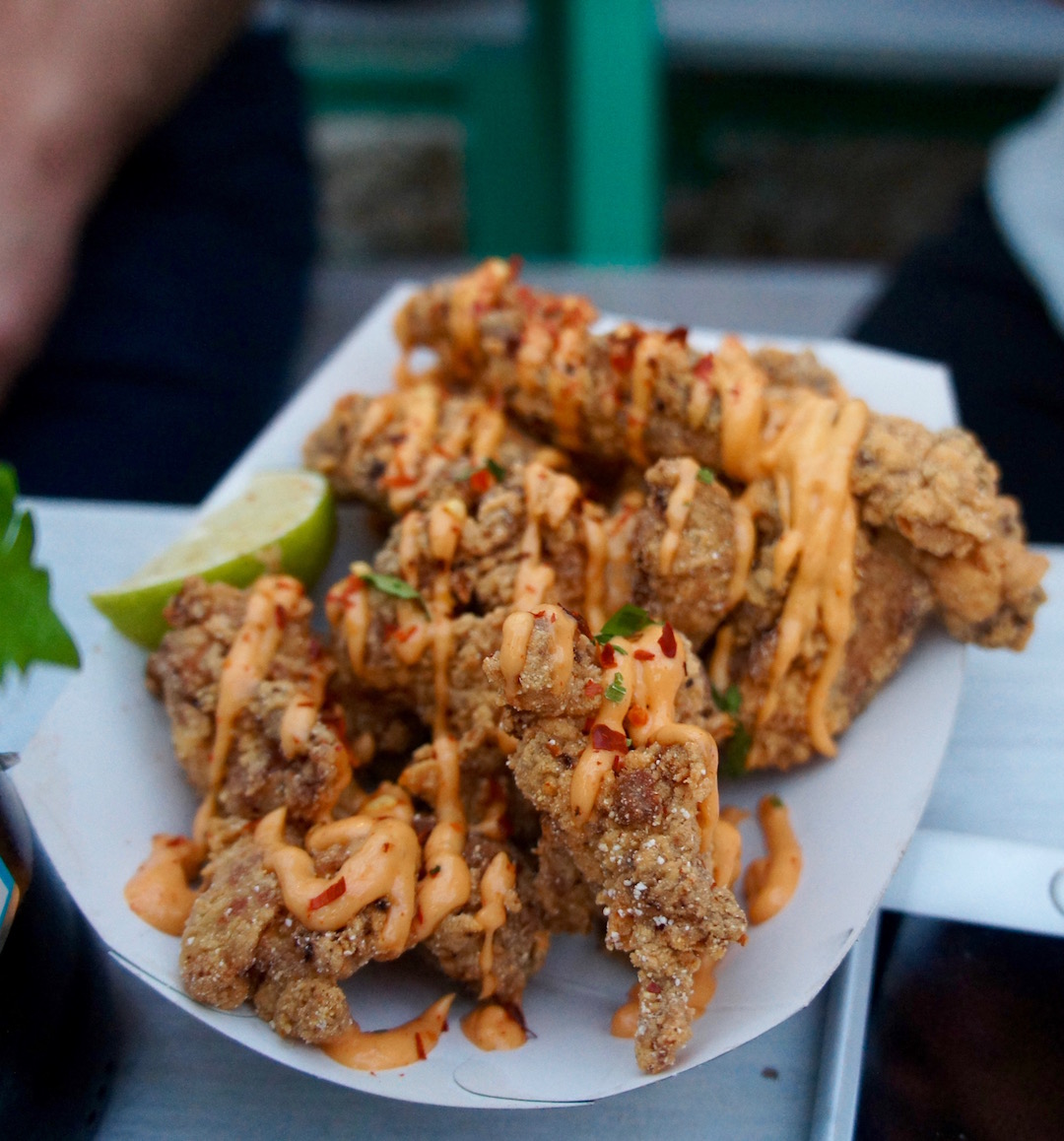 lastly, one of our number tried the Sashimi Grade Tuna – which looked fantastic – but I was too much of a scaredy cat to try it! 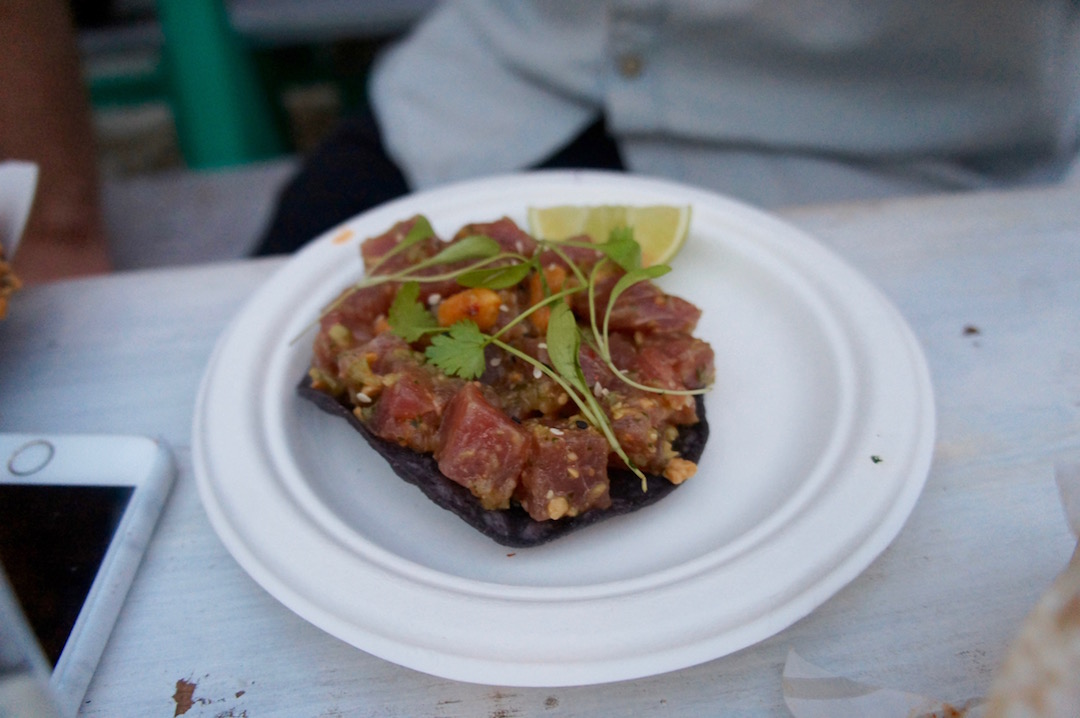 We took a stroll around and saw nothing but happy heads, we were so lucky with the weather although, even if it was raining, plenty of the roof top terrace is covered so if you’re worried, just make sure you request a covered area when you’re making your reservation 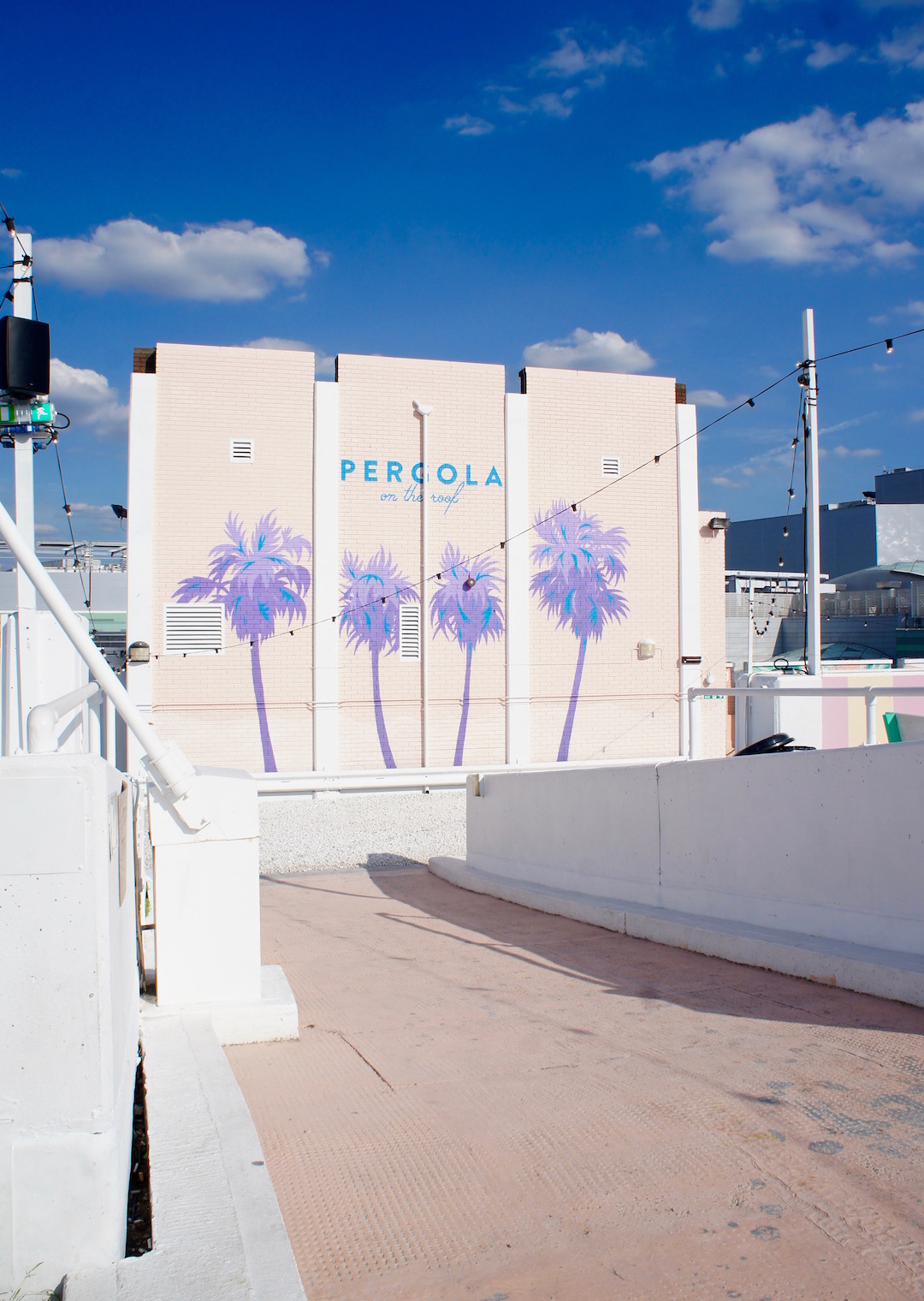 We had a wonderful time, we caught up with old friends and met lots of lovely new people too! We thoroughly enjoyed our time at Pergola, it’s a really cool place to grab a few drinks, get a group together and chat the evening and night away – putting the world to rights and all that other good stuff!!