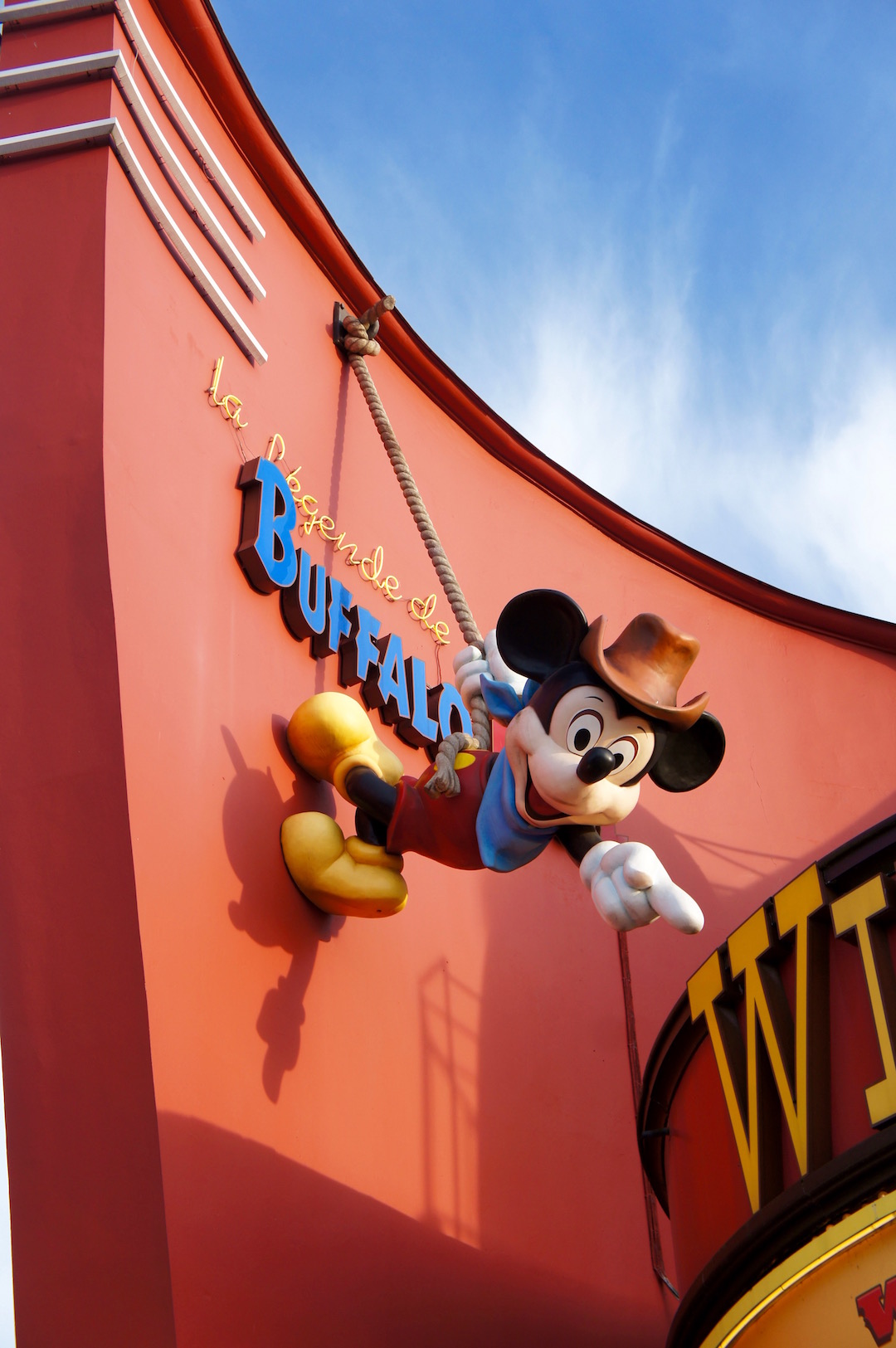 We’ll begin with a caveat: If you are allergic to animal hair, this is not for you, or if you have a particularly sensitive shnozzle, again, this may not be for you BUT if you do go and are unaffected allergy-wise, the smell is only really strong in the entry way/bar area, once you get into the actual arena, you’re all good – well I was anyway! 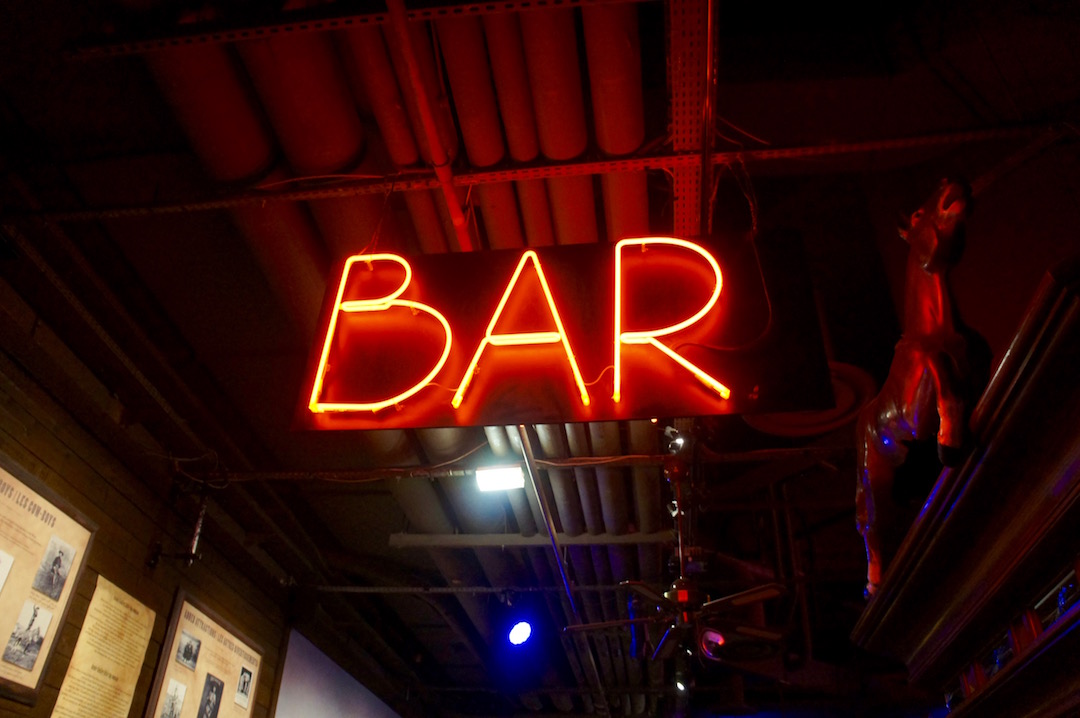 The atmosphere is pretty great straight away, after handing over your tickets you’re give a cowboy hat with either a blue, green, yellow or red band around it, these donate where abouts you’ll be sitting in the arena 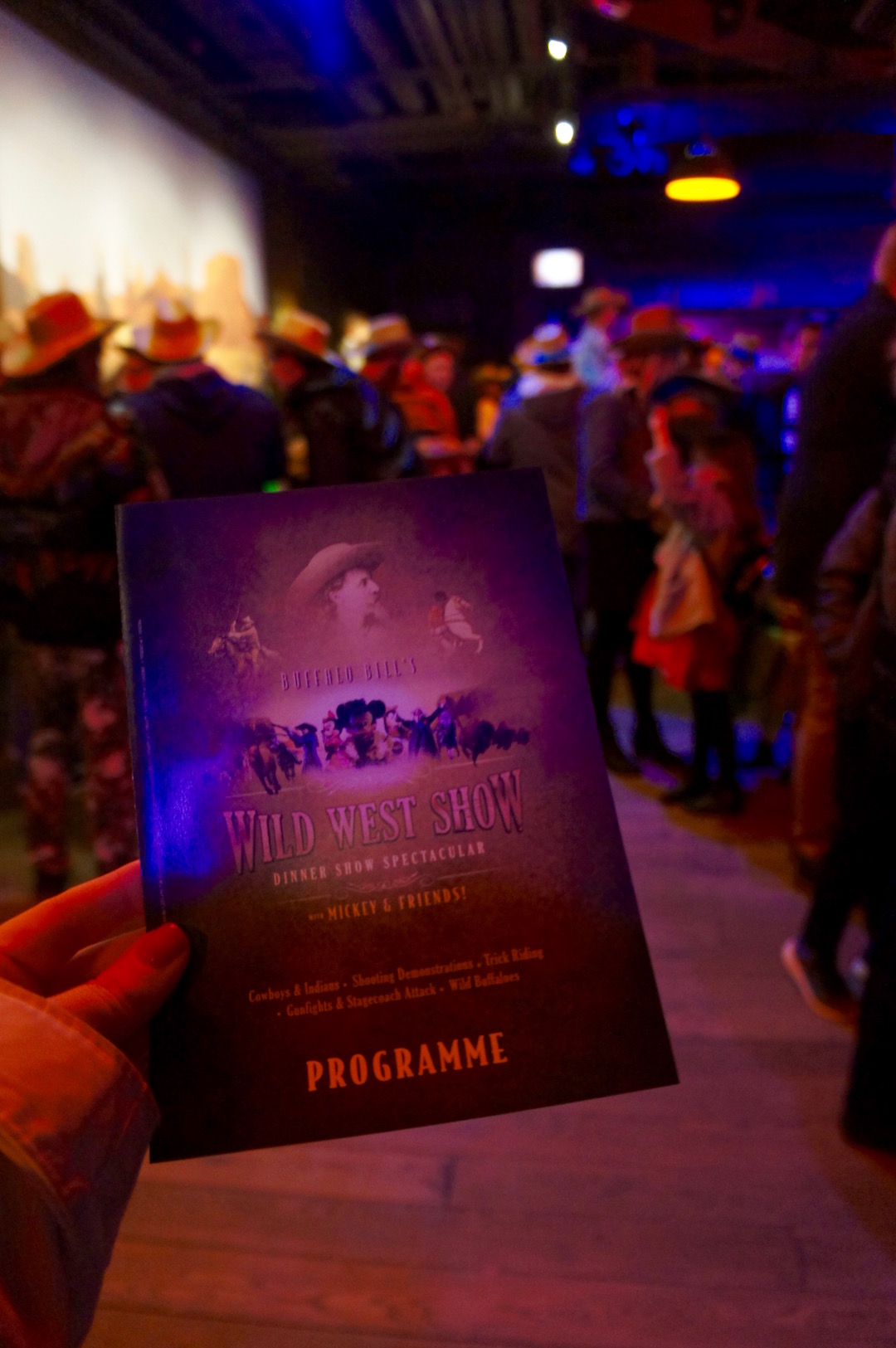 To get everyone in the right cowboy frame of mind, the bar is open with a live country music band being led by none other than Goofy himself! 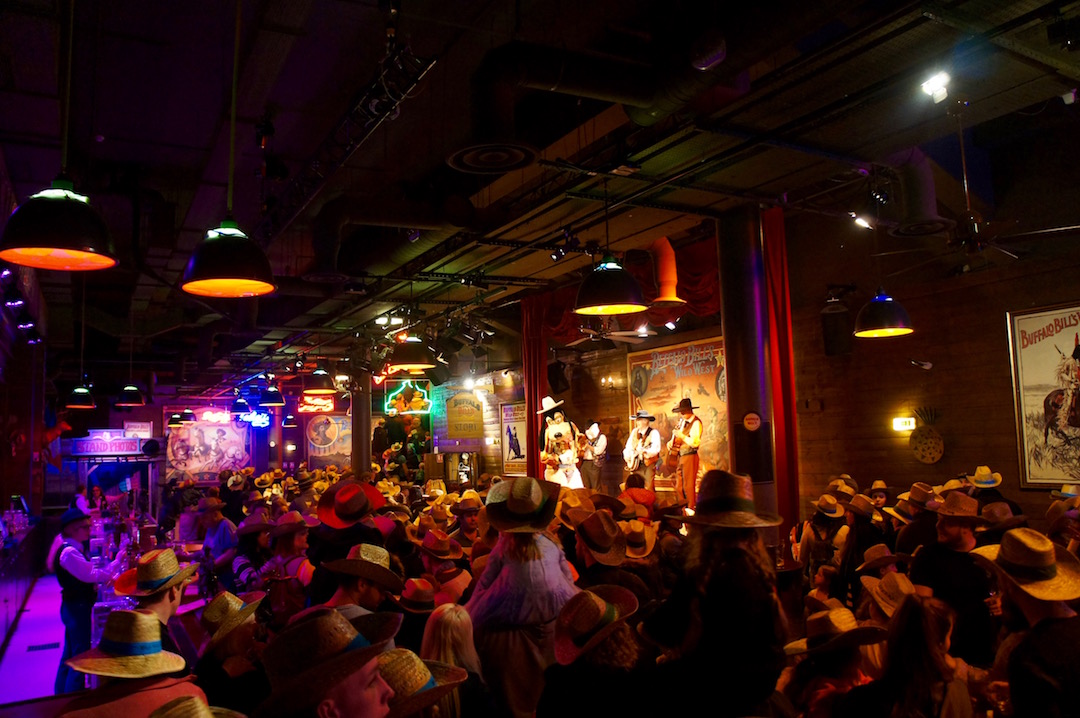 We grabbed a couple of drinks and shouted a few “yee-hawws!” when called upon and soon, the blues were called over to the stairs to be seated 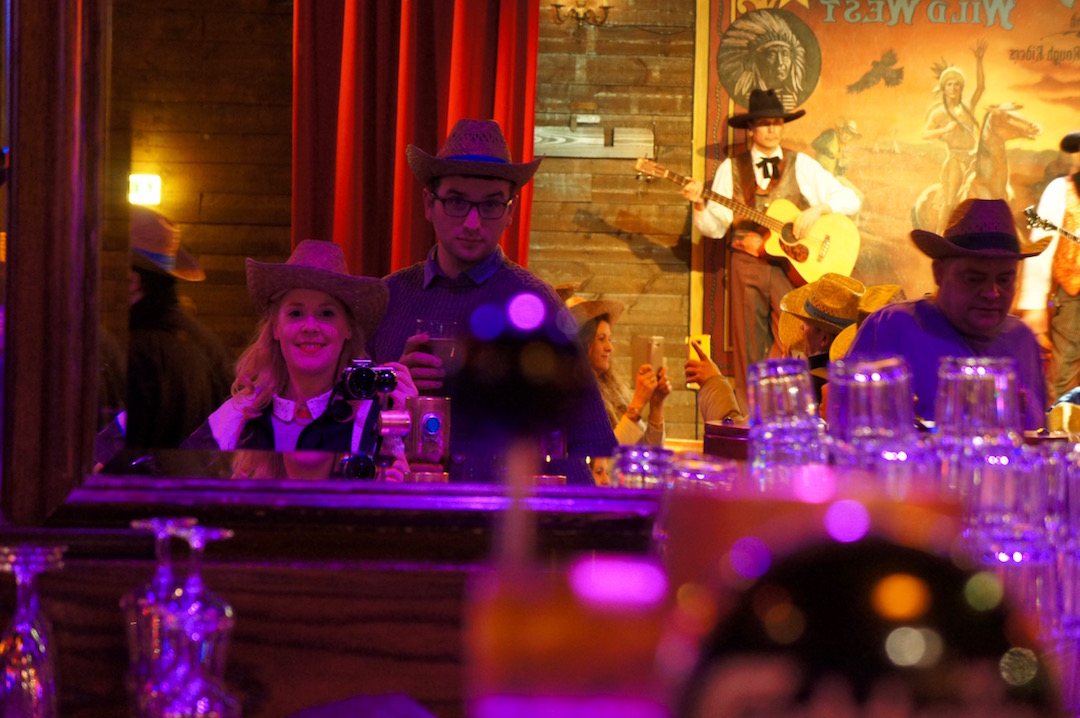 We had a stellar view, although to be honest with you, I think everyone probably feels that way in this place! 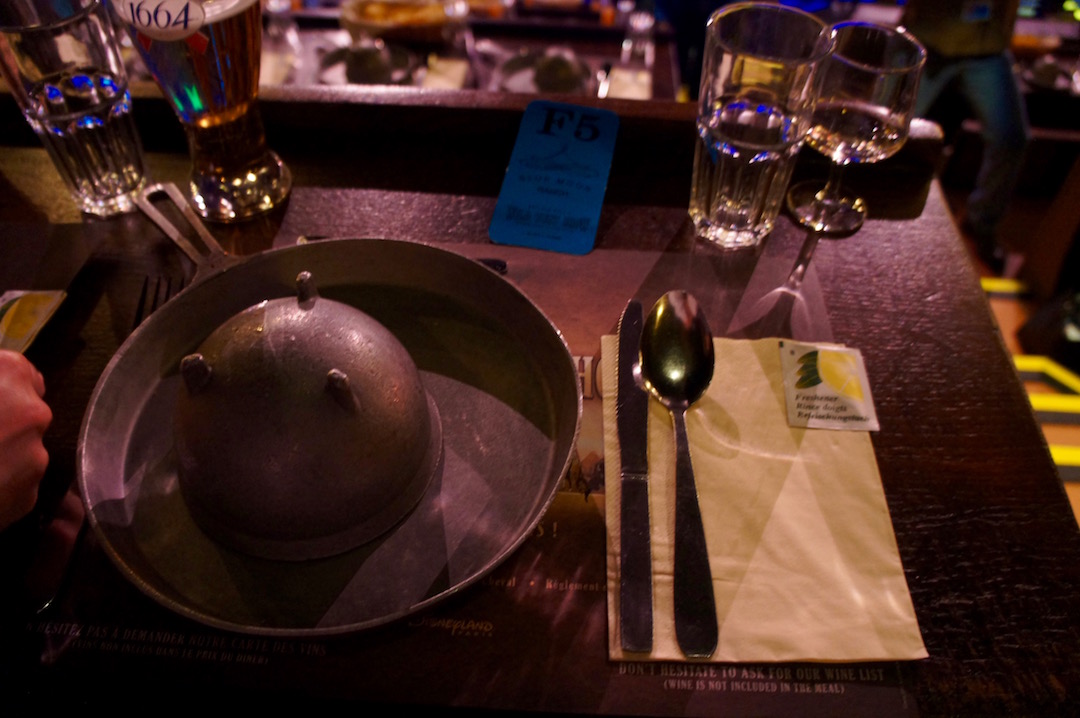 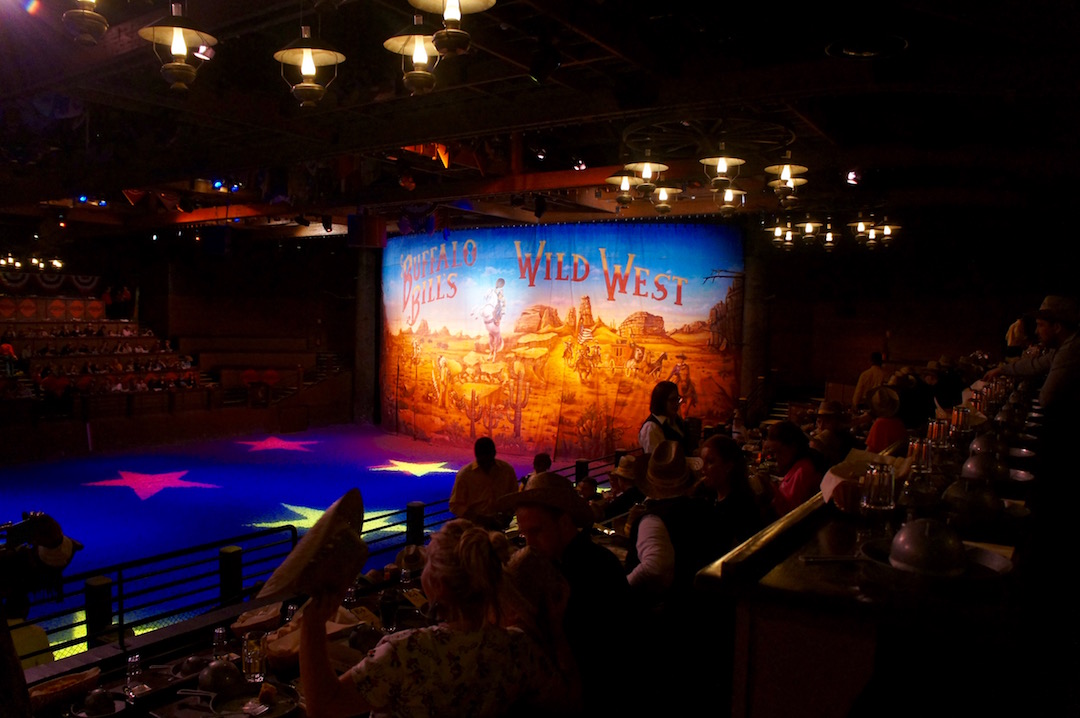 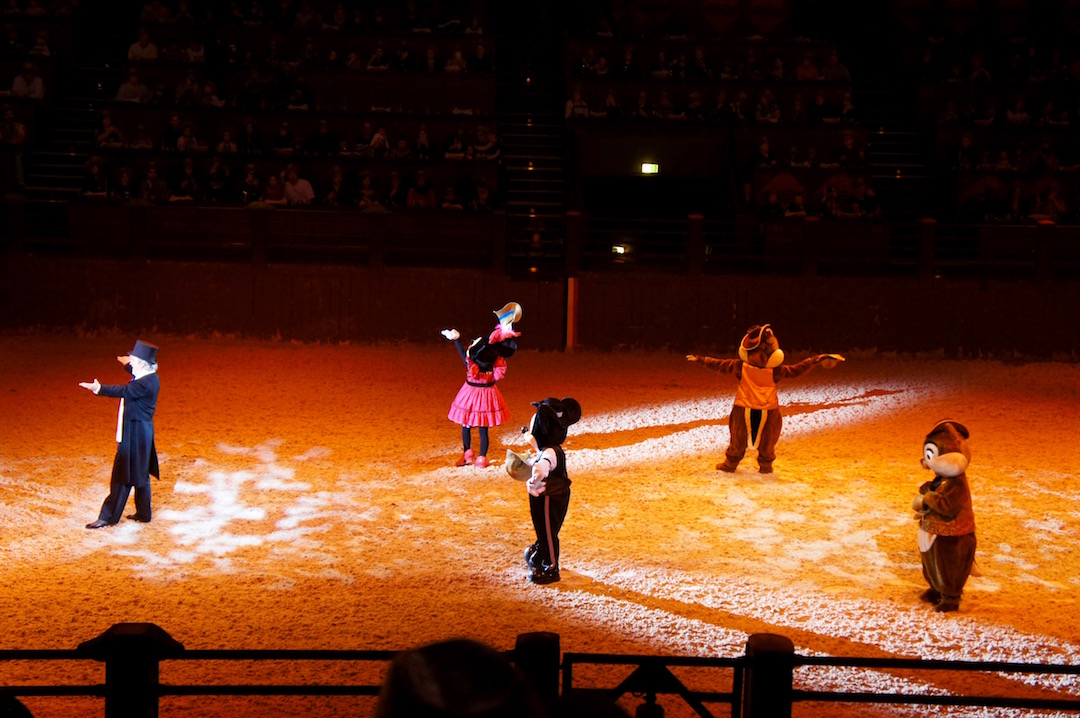 Audience participation is pretty key here and the more you get involved the better the show becomes, not only for you, but for those around you too 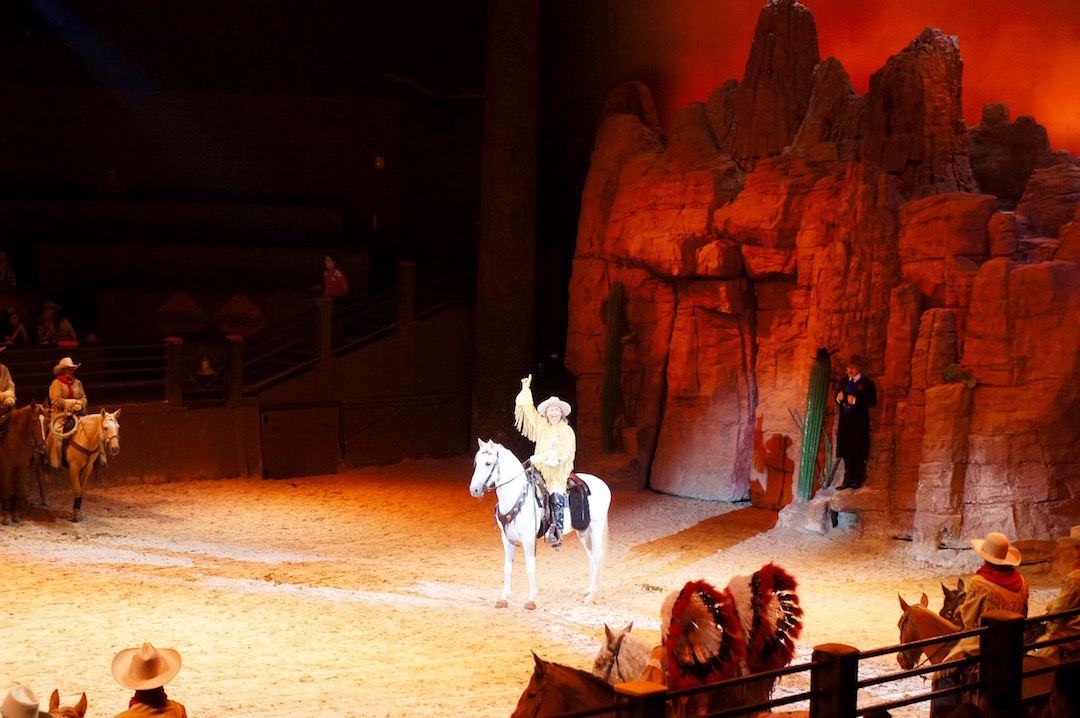 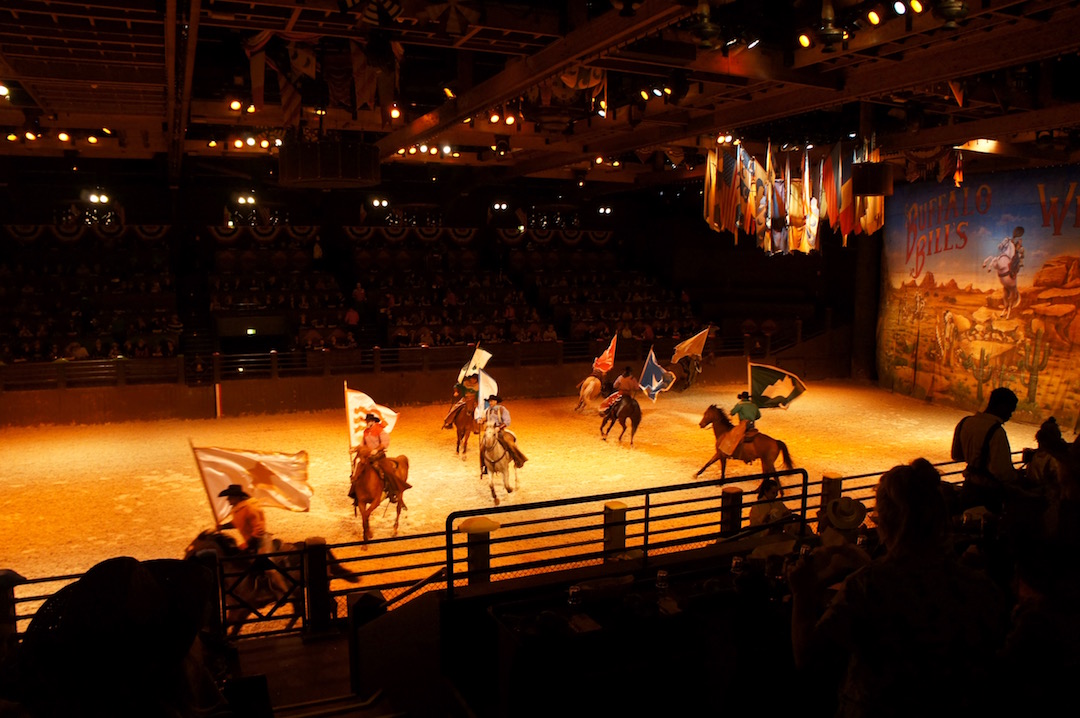 Other animals make an appearance too, during what I dubbed, the storytime section. The wee calf was all anyone was paying attention to in that moment though, such a little scene-stealer 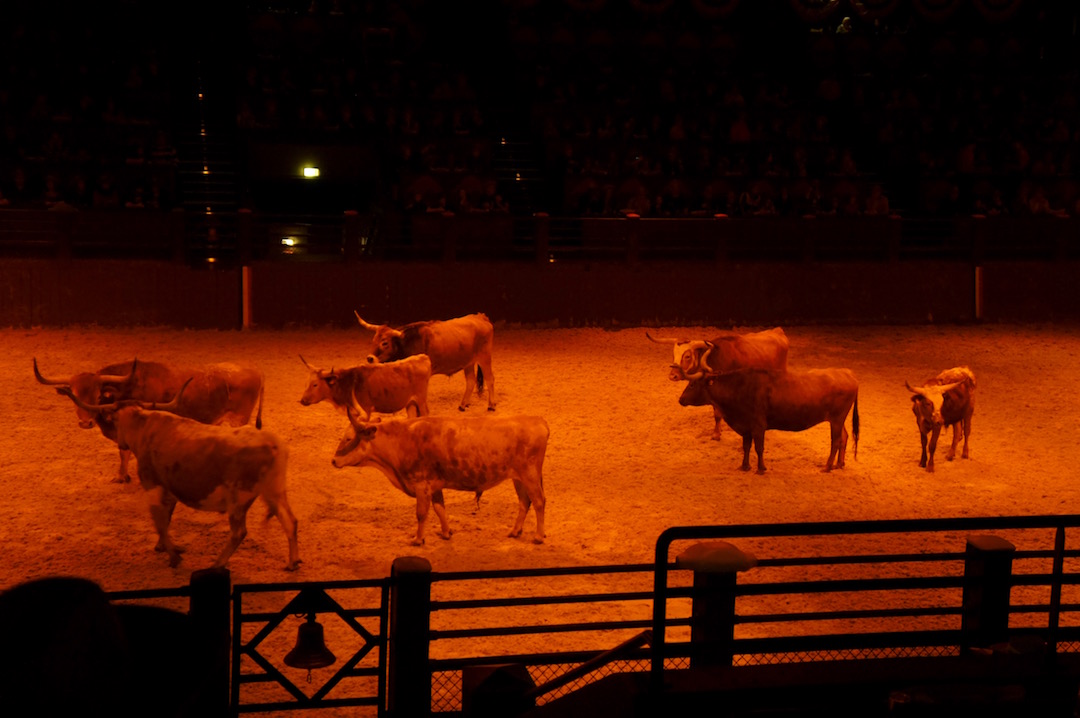 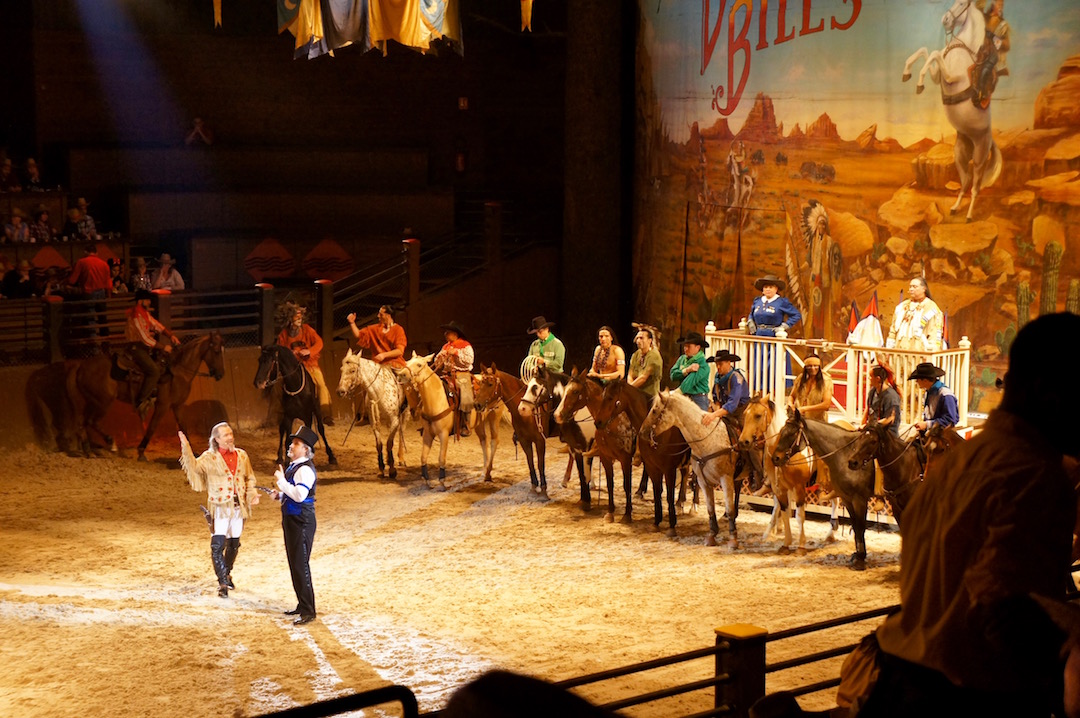 Food wise, everything was tasty and a bit of fun, but unfortunately our server was either new, or lazy because everyone else’s servers were really on the ball and visible, they had massive trays of food and drink out to their rows and were always available. However, our row was abandoned for huge sections of the show and I think the American gent next to Himself was about to loose the rag. For me however, all was forgotten when our server brought me the dessert, a bowl of apple pie with vanilla ice-cream – it was so incredibly good – no joke 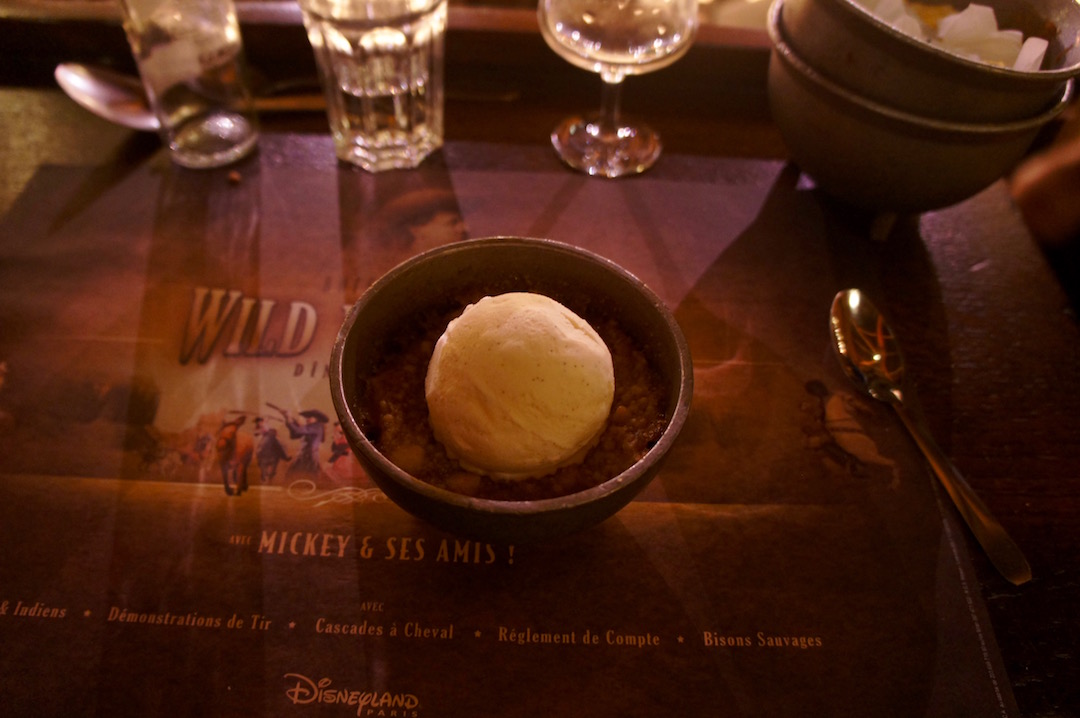 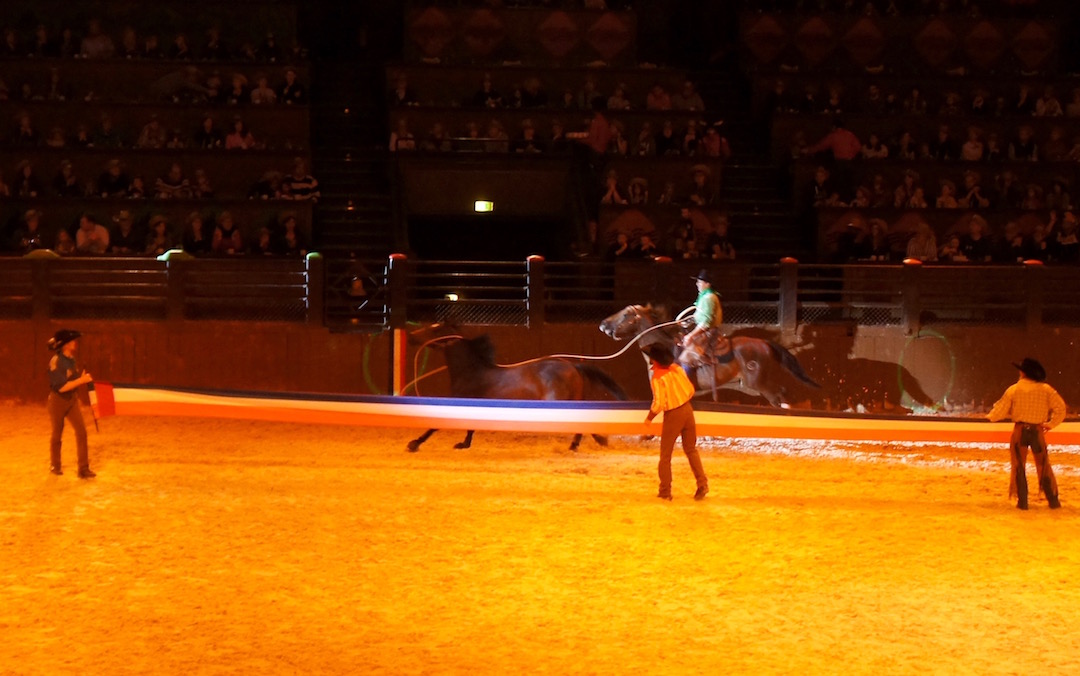 Slow/non-existent service aside, the show was a blast and an absolute treat for families, so if you’re bringing little ones and want a place where they can shout and cheer and not get evils from snooty neighbouring diners, this is the one for you! 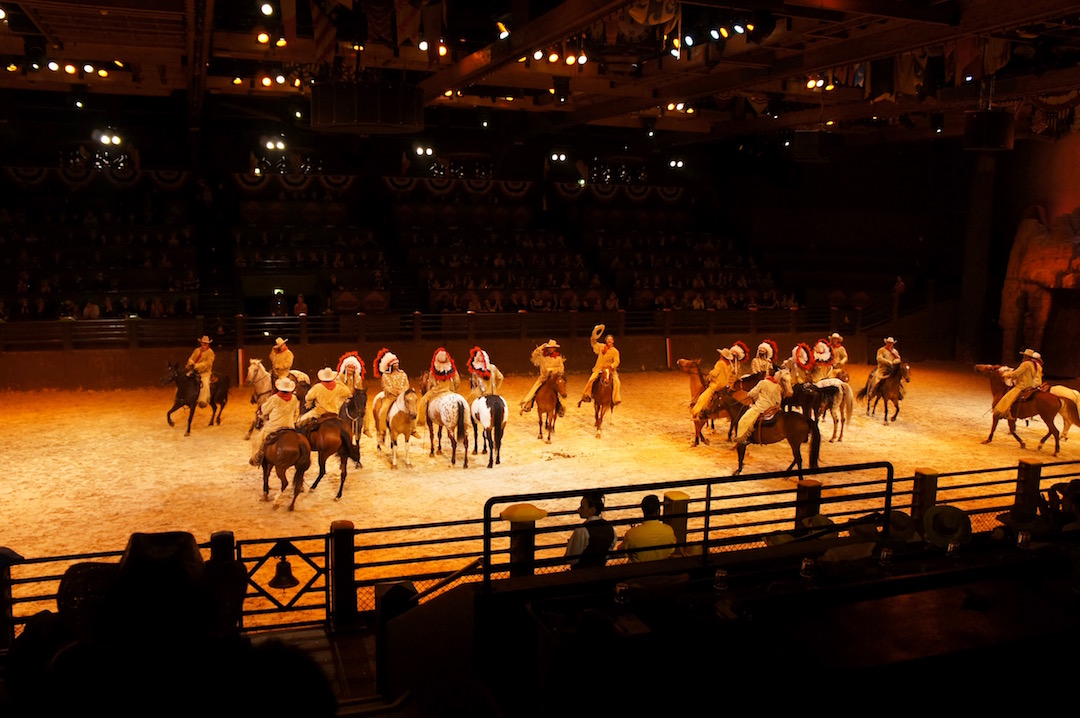 After the final parade it was time to head back to our temporary home, we had a super time and it was a brilliant way to spend an evening. Definitely recommend!