This weekend Himself was required at a Stag-do in Ireland, so I decided to fly home too and catch up with my family and friends 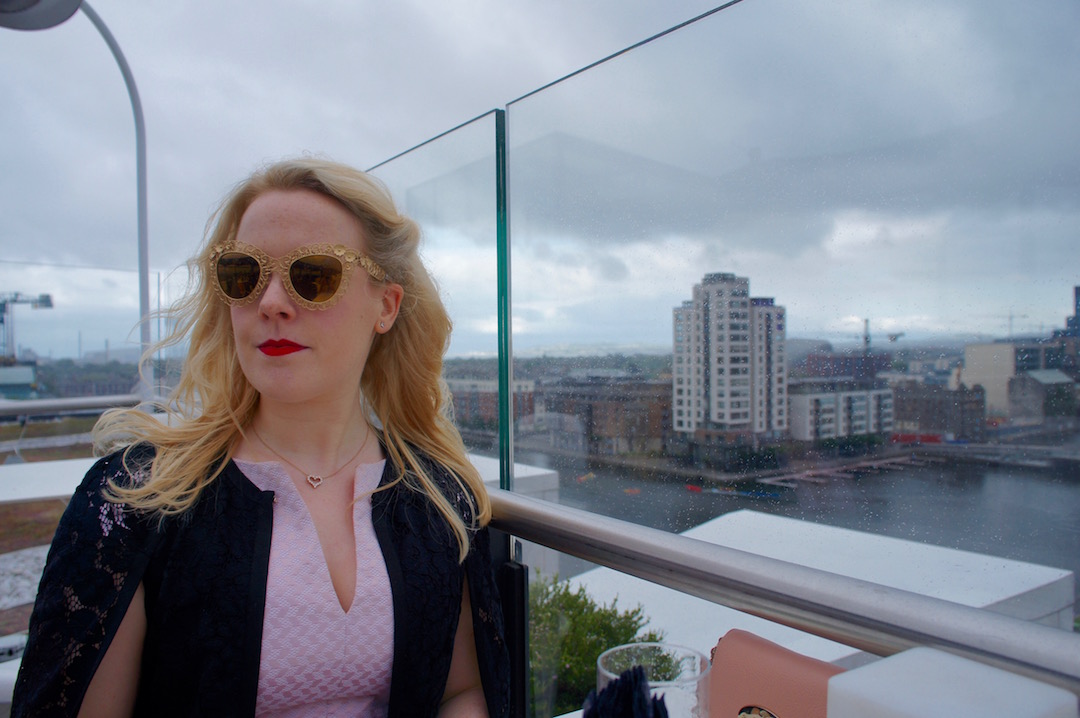 On Friday evening I made my way into town to meet Katie (previously seen here, here and here). I left the venue of choice to her and was delighted that she suggested somewhere I’d not been before – you know how I love finding new places! 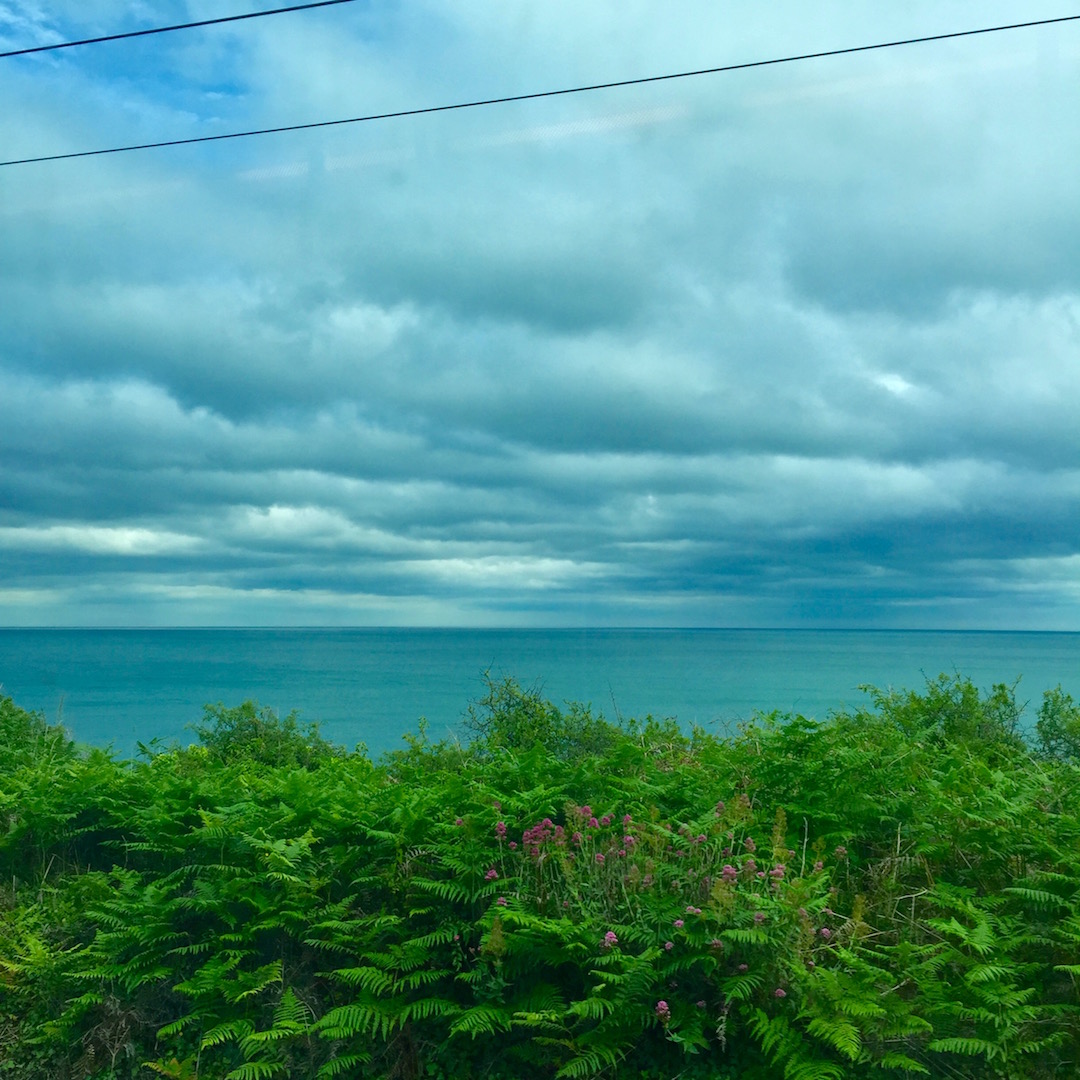 As I knew we’d be having a tipple (or five), I headed into town via the DART (^ the view from my carriage window, stunning right?) and then made the short walk from Grand Canal Dock station to the Marker Hotel 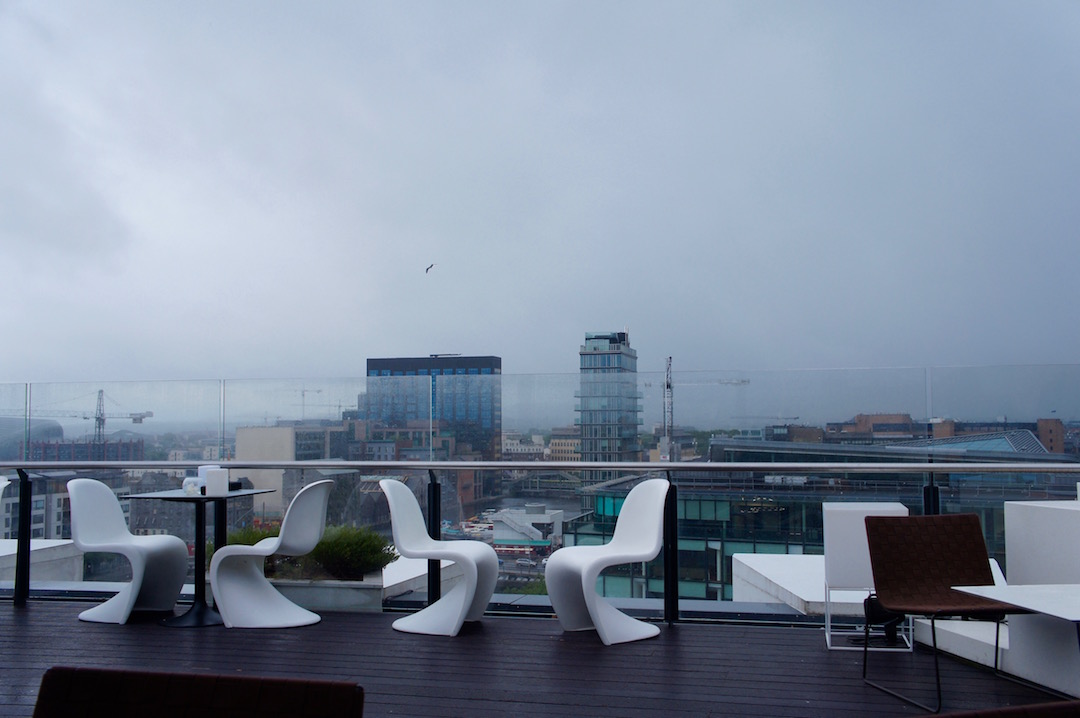 Once through the main doors I was bundled into a lift that didn’t so much shoot up to the rooftop (as I had imagined it would) but snailed it’s way up instead, which resulted in my wee heart racing because I’d convinced myself it had broken down! 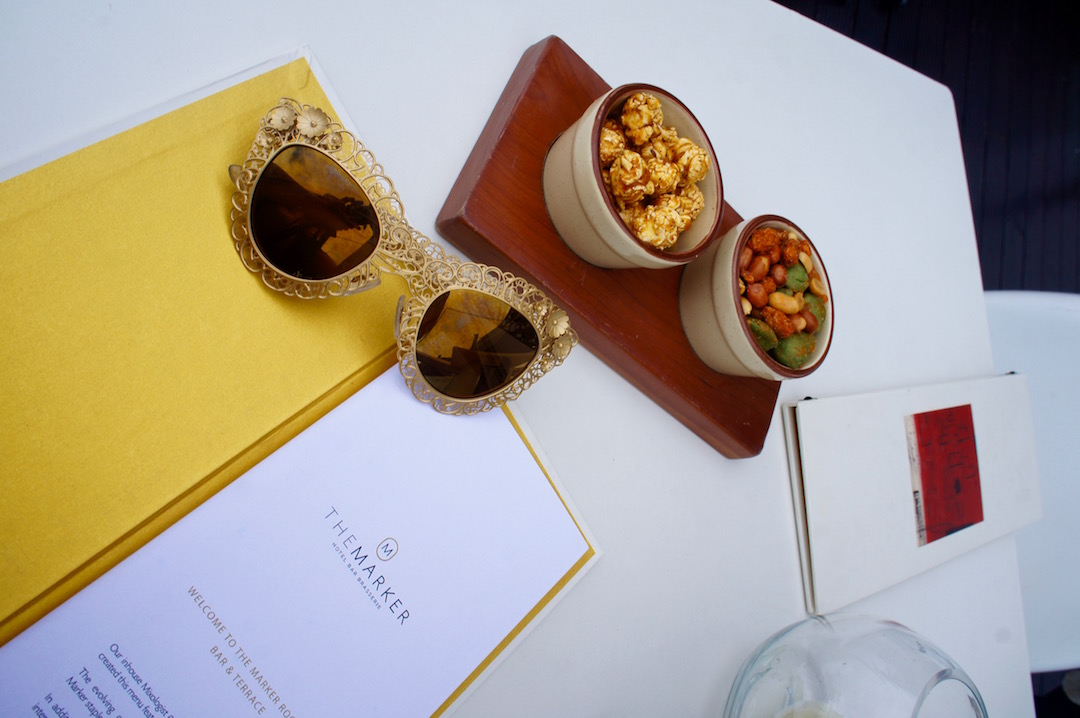 I was greeted by an elderly Gent of a man who ran the bar. He escorted me to a “viewing table” and then told me my sunglasses were “pure magic”, cue me falling just a little bit in love with him on the spot! Once Katie arrived we kicked things off with Rosé Champagne, because why not! 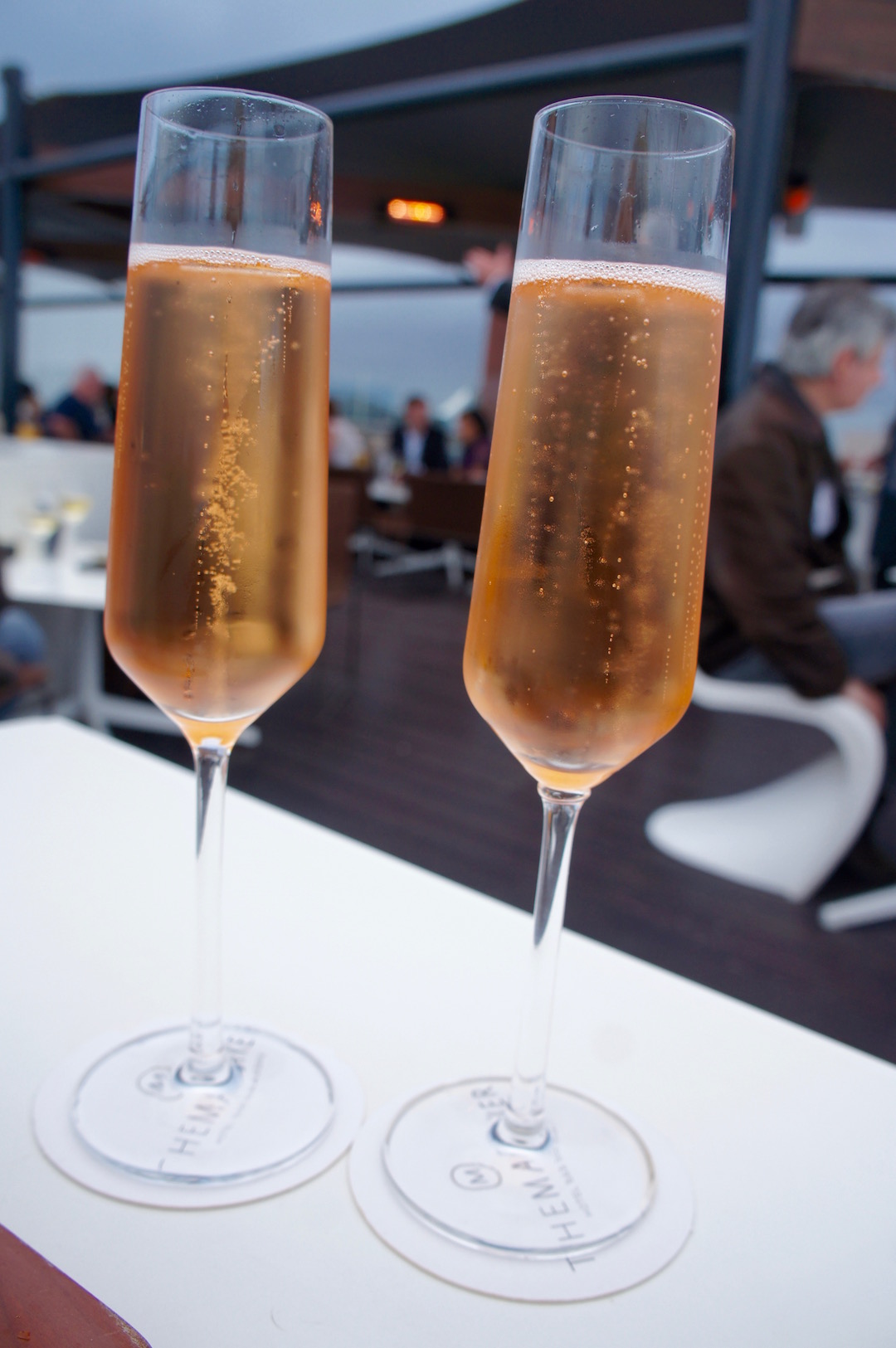 We munched our way through the sweet popcorn and I even popped my wasabi pea cherry, although a slightly disgruntled Katie (who is an avid fan of the wasabi pea) told me they weren’t nearly as spicy as normal! 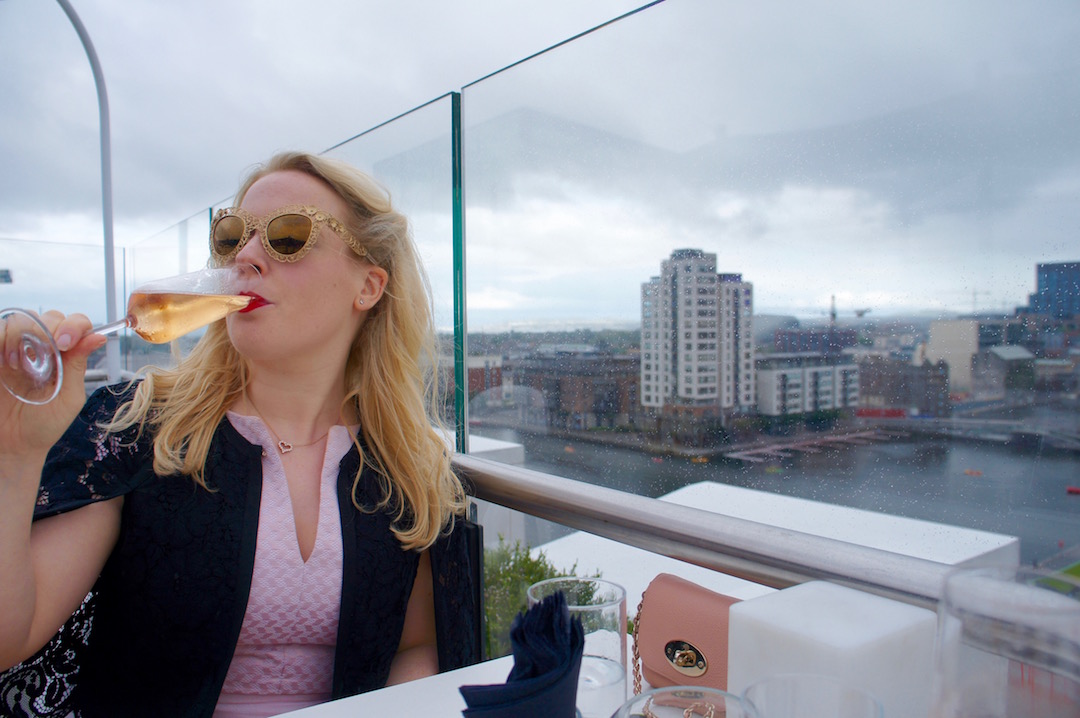 Unfortunately, the grey sky made good on it’s threat and began to spit rain but before we were even slightly uncomfortable, our elderly Gent had returned and whisked us away to comfy couches undercover and presented us with bright orange blankets emblazoned with the Marker Hotels logo. You couldn’t ask for better service could you?! 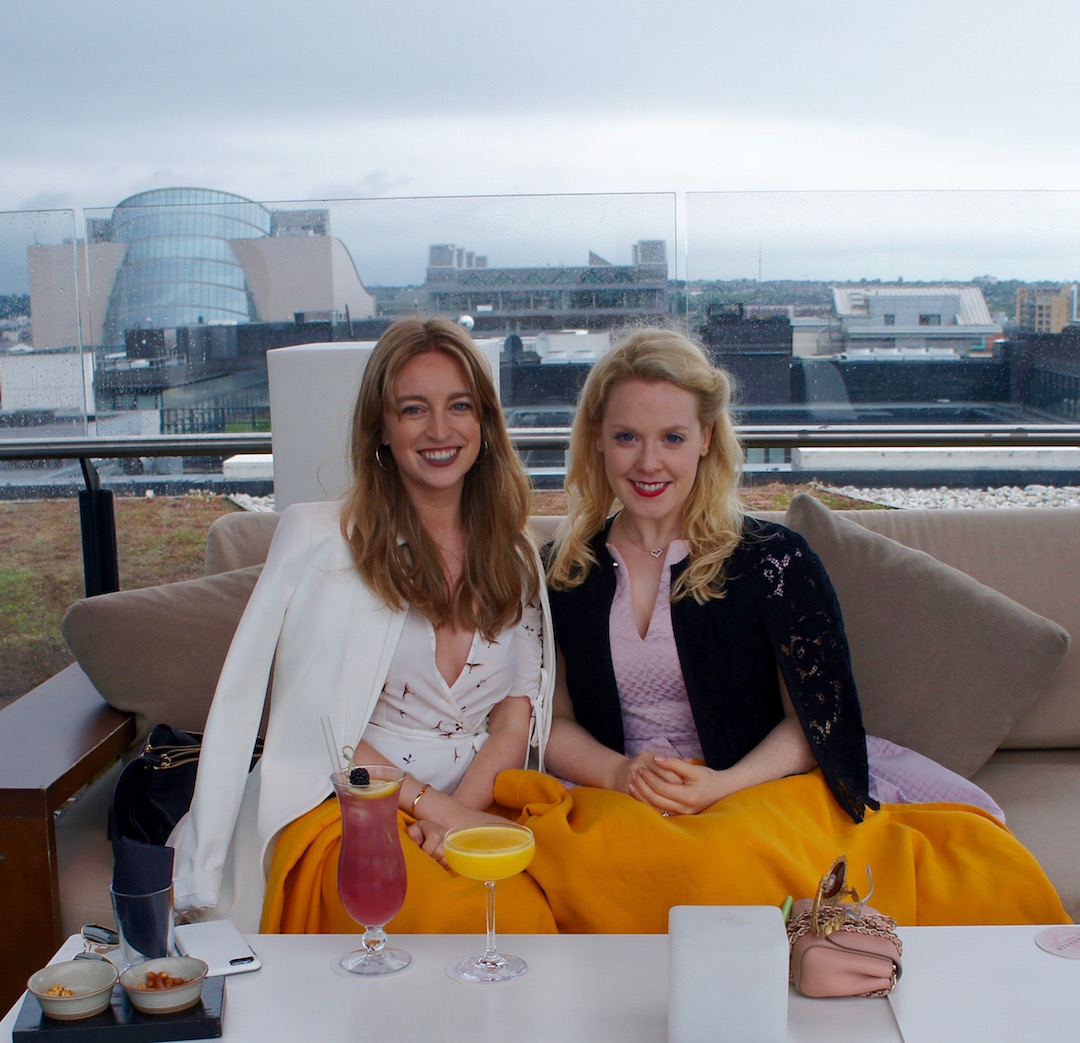 The bar has a wealth of cocktails on offer so we decided to live dangerously and opt for two we knew little about. 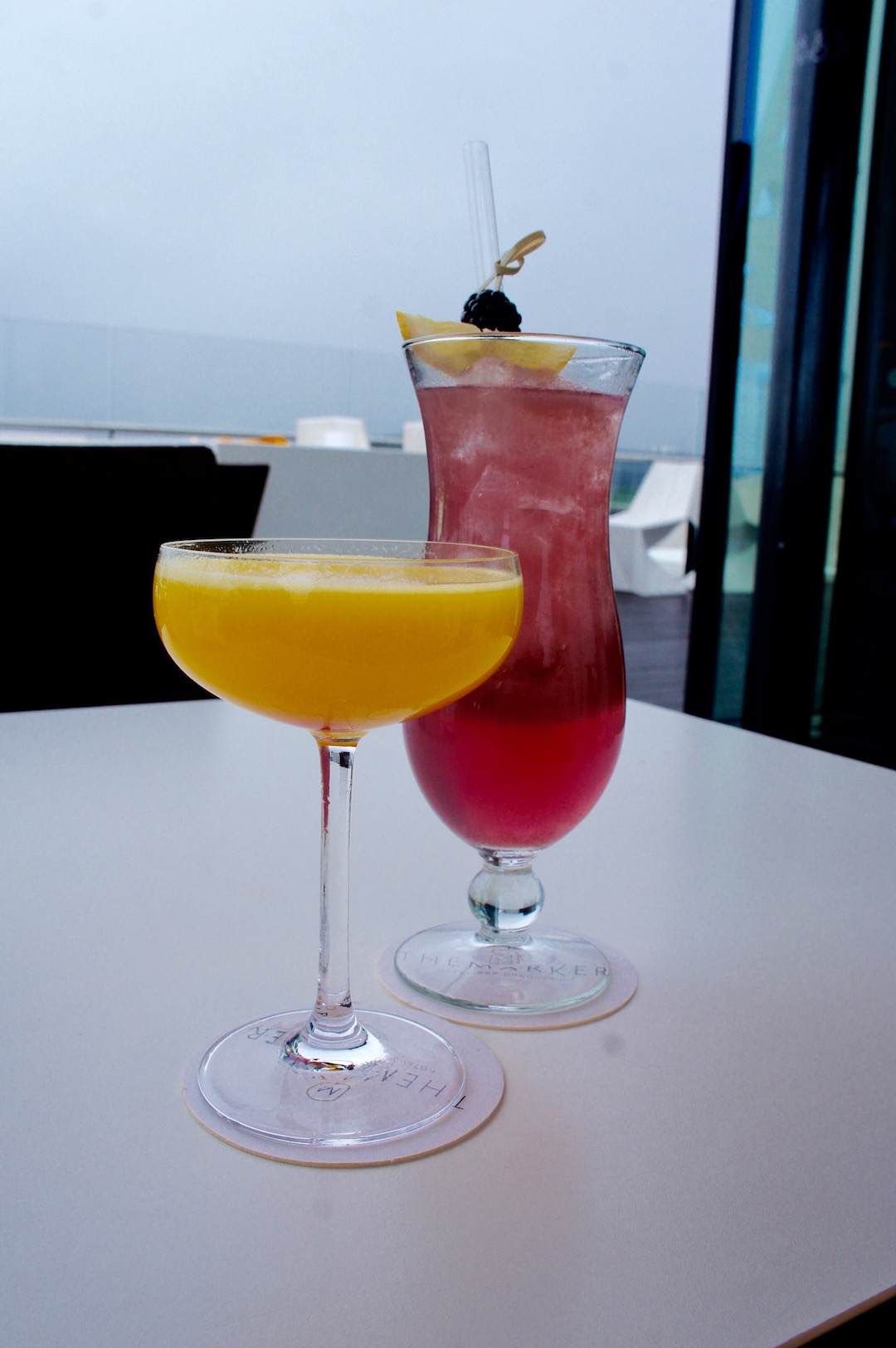 Both were delicious, although from an aesthetic point of view, a little flourish on my glass wouldn’t have gone astray (to be fair there was a hidden glacé cherry but it only reveals itself right at the end!). Throughout our major chats we were surrounded by stunning views of both the city and the countryside, something you definitely miss out on when living in London, it was incredible 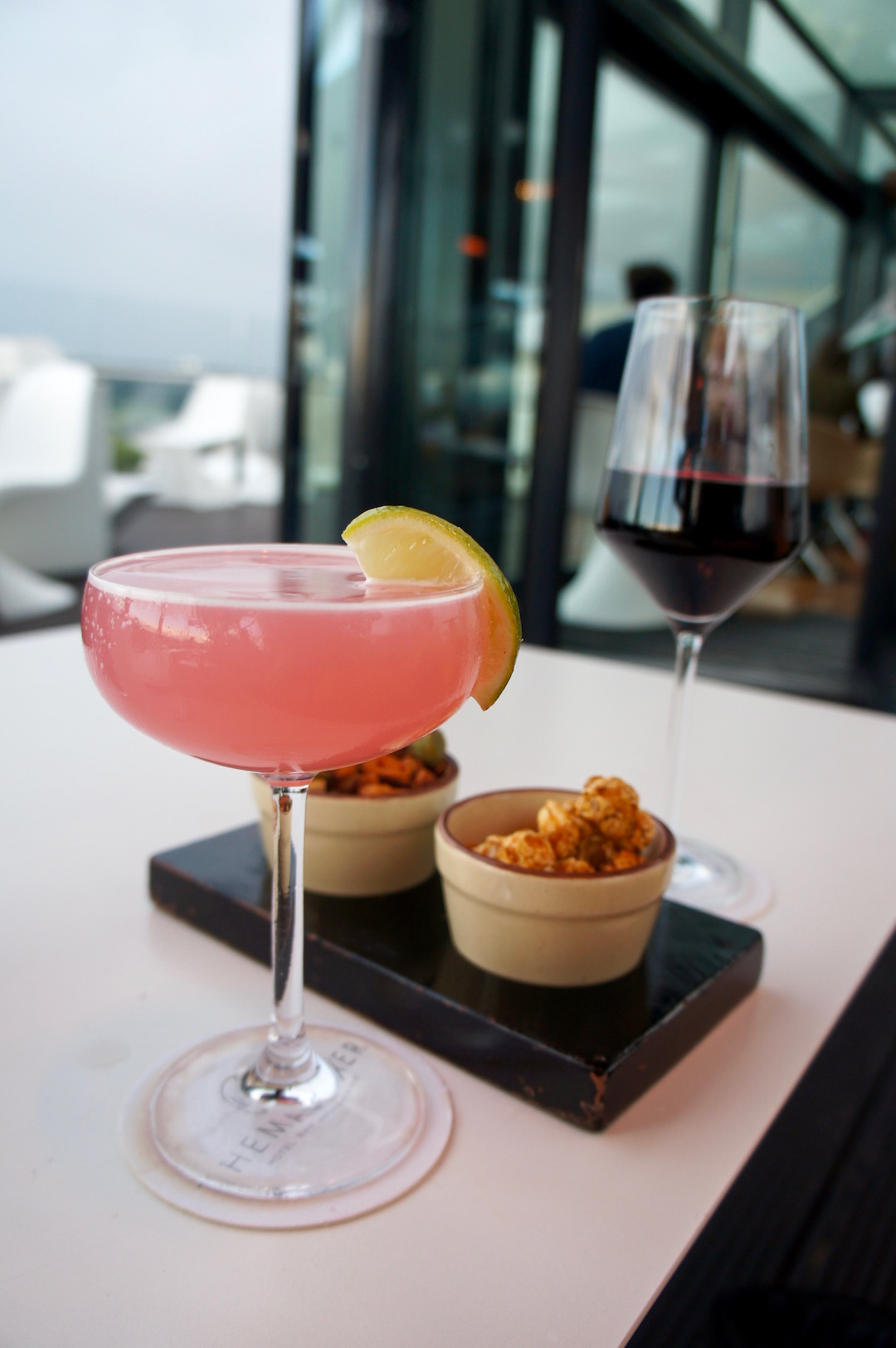 For our final beverages, I went with my favourite, a Cosmopolitan (FYI it isn’t on the menu but they are more than happy to whip up any cocktail your heart desires) and Katie had a lovely glass of red wine.

The Cosmo was perfect, like actually perfect, so hats off to the mixologist! 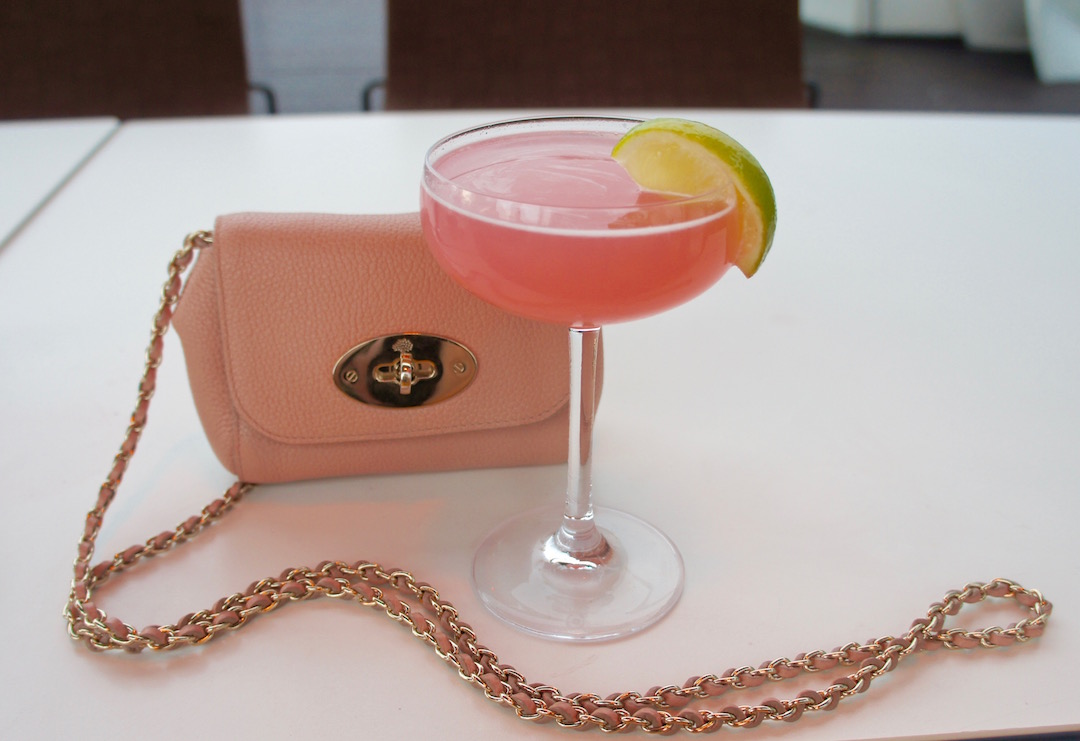 The night was just what you need sometimes, light and frothy energy, great company, lashings of chat (where you solve the problems of your respective worlds, laugh off life’s little embarrassments and celebrate the wins) topped with so much laughter you’re pretty sure you’ll wake up with six-pack abs the next morning! 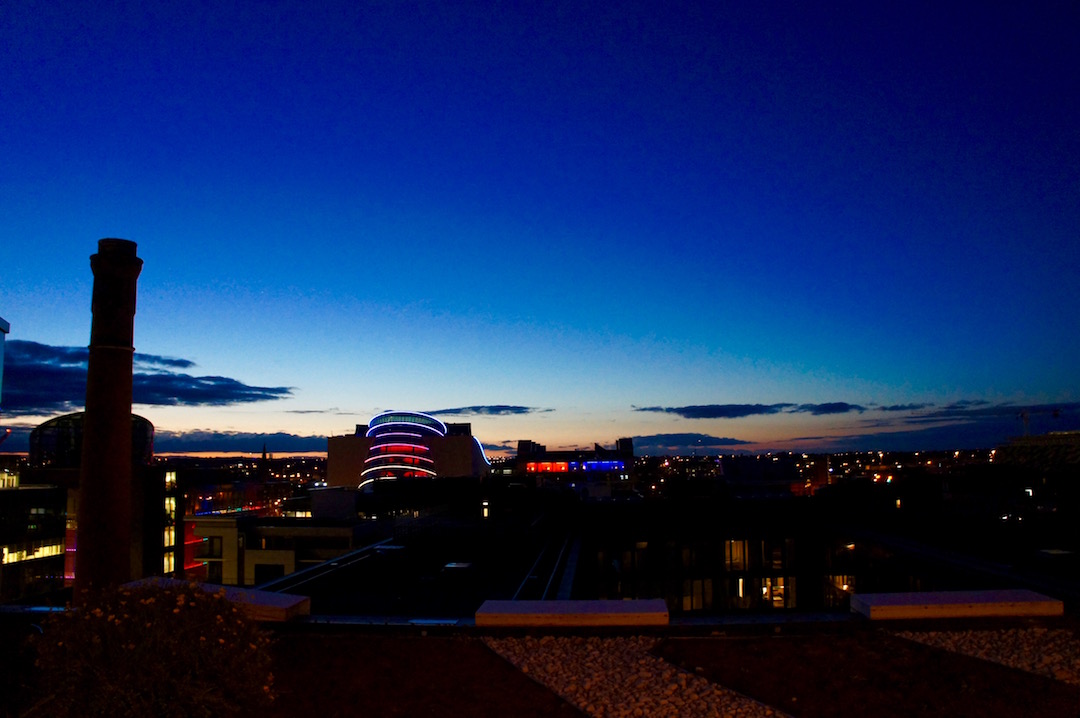 If you’ve been crazy busy of late and not actually had a night out in a really long time, I urge you to consider it 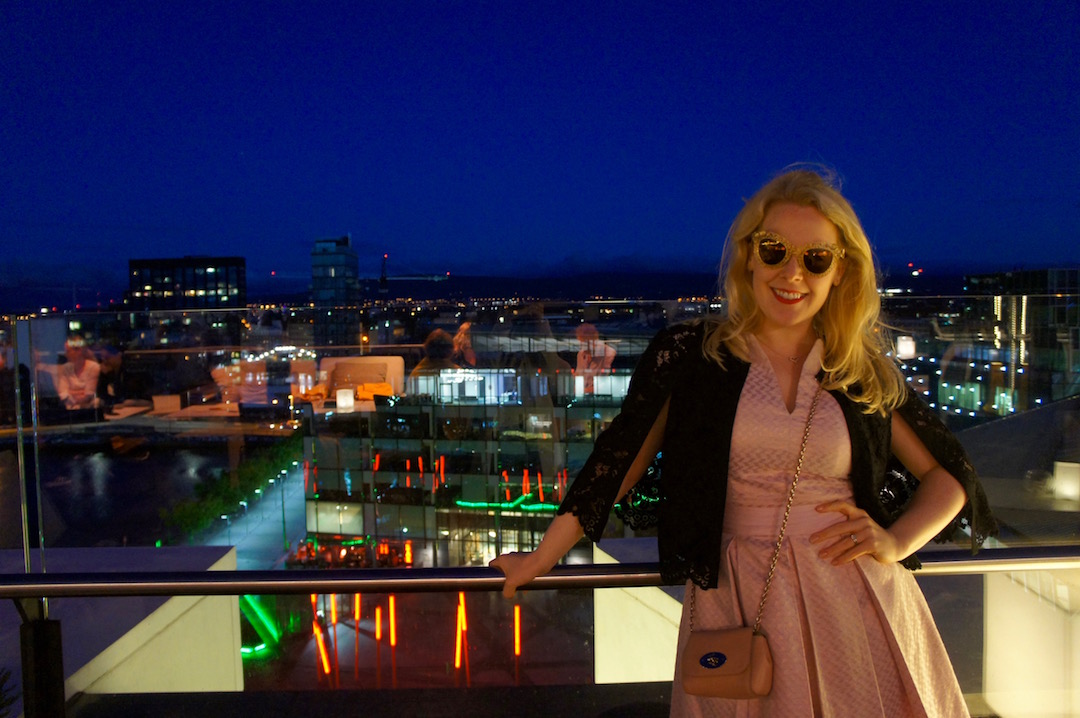 for me, Friday evening was balm for the soul that I didn’t even realise I needed!