Gang, we made it! After 15 Honeymoon posts (I. Know!), we’ve made it out of Orlando and are moving onto the second (or third, if we factor in our minimoon) leg of our incredible Honeymoon.

We arrived at Newark airport in the late afternoon, hopped straight into a taxi and flew towards The Hotel Elysée.

The room was stunning and we were greeted with some nibbles, a card and a bottle of Veuve Cliquot – my absolute favourite champagne!! 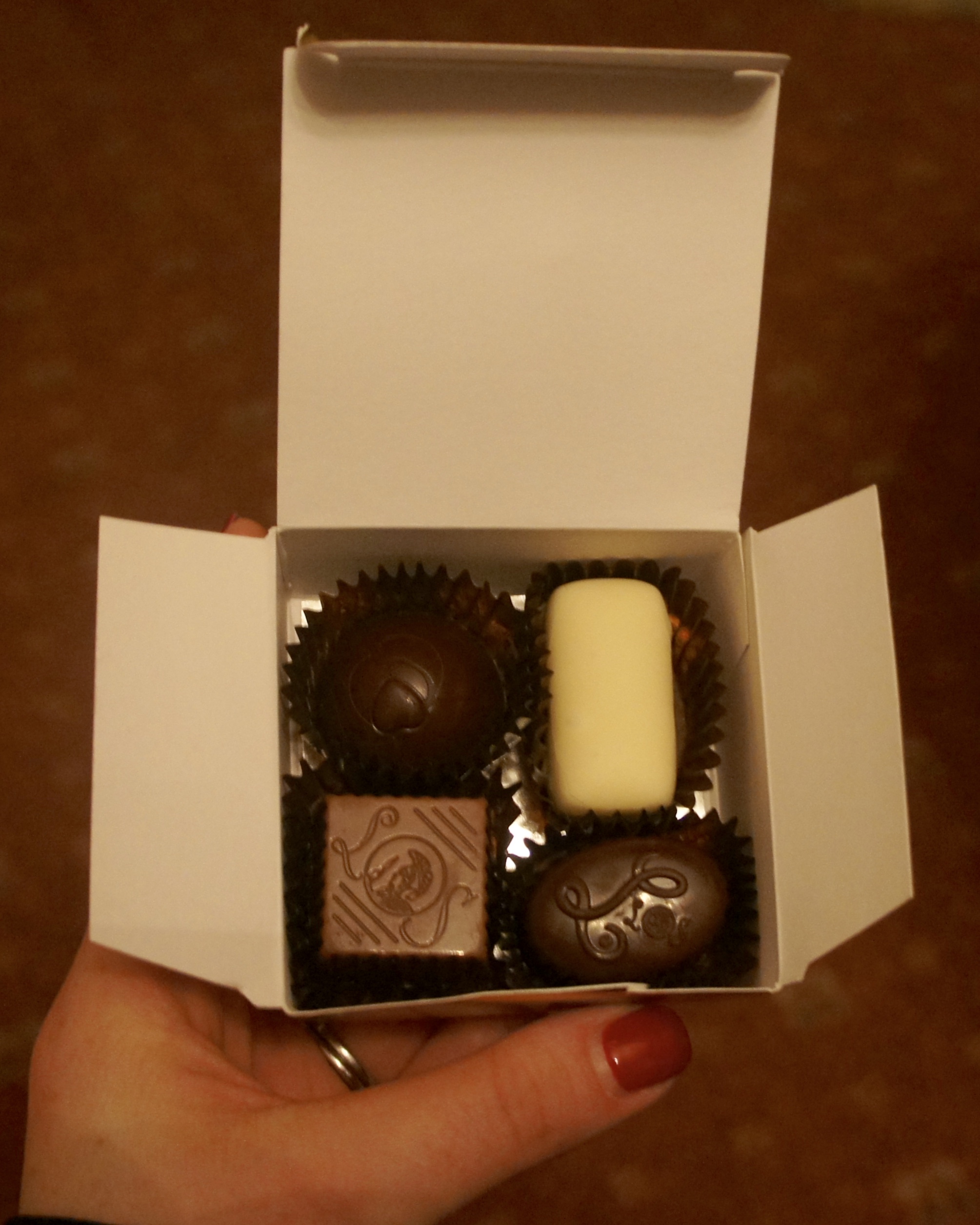 Both Himself and I have visited New York before, so with a lot of touristy stuff already out of the way, for our Honeymoon, we decided to take a more relaxed approach. After settling in and putting our valuables away (which included a boxed pair of Louboutins – oh yes it did!), we set off for a walk, to see what we could see before dinner

The weather was a far cry from what we’re currently enjoying, so although we were wrapped up, the moment we left the safety of our hotel, the icy wind that whipped our faces made us highly aware that we’d unable to hide our noses from it’s steely bite!

Madison Ave. and 5th Ave. were our neighbours and we passed lots of shops that had me “oohing” and “aahhing”. After a couple of hours strolling around, we decided to stop in for a bite to eat and as luck would have it, a VERY nice restaurant just so happened to be attached to our Hotel, it’s name – The Monkey Bar. 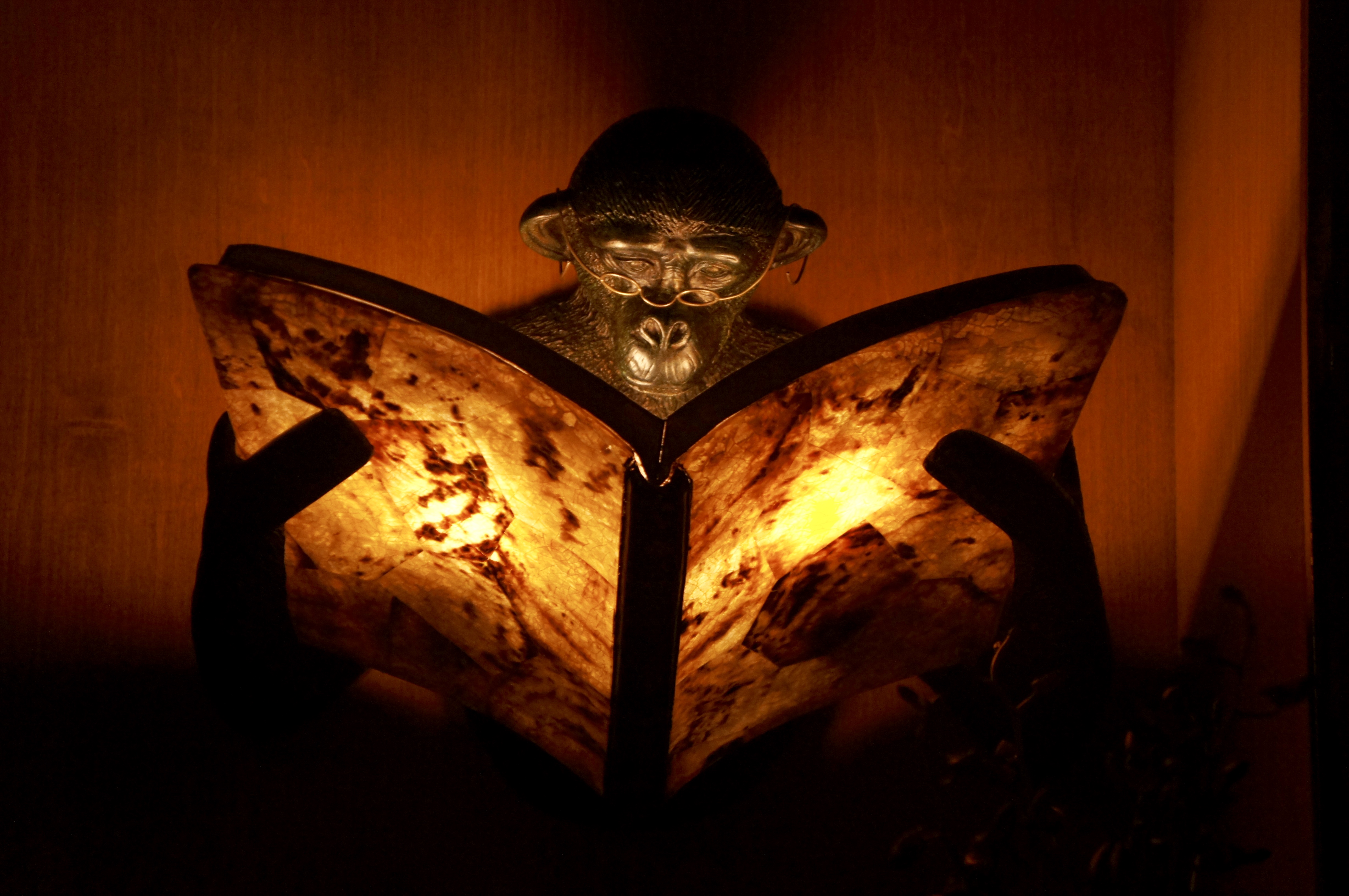 I feel like it couldn’t have been more New York if it tried. Red leather booths, gold hand railings, dark wooden bars, waiters flying around, carrying exorbitant amounts with ease and plates positively heaving with the most beautifully prepared food that two empty bellies had ever seen! 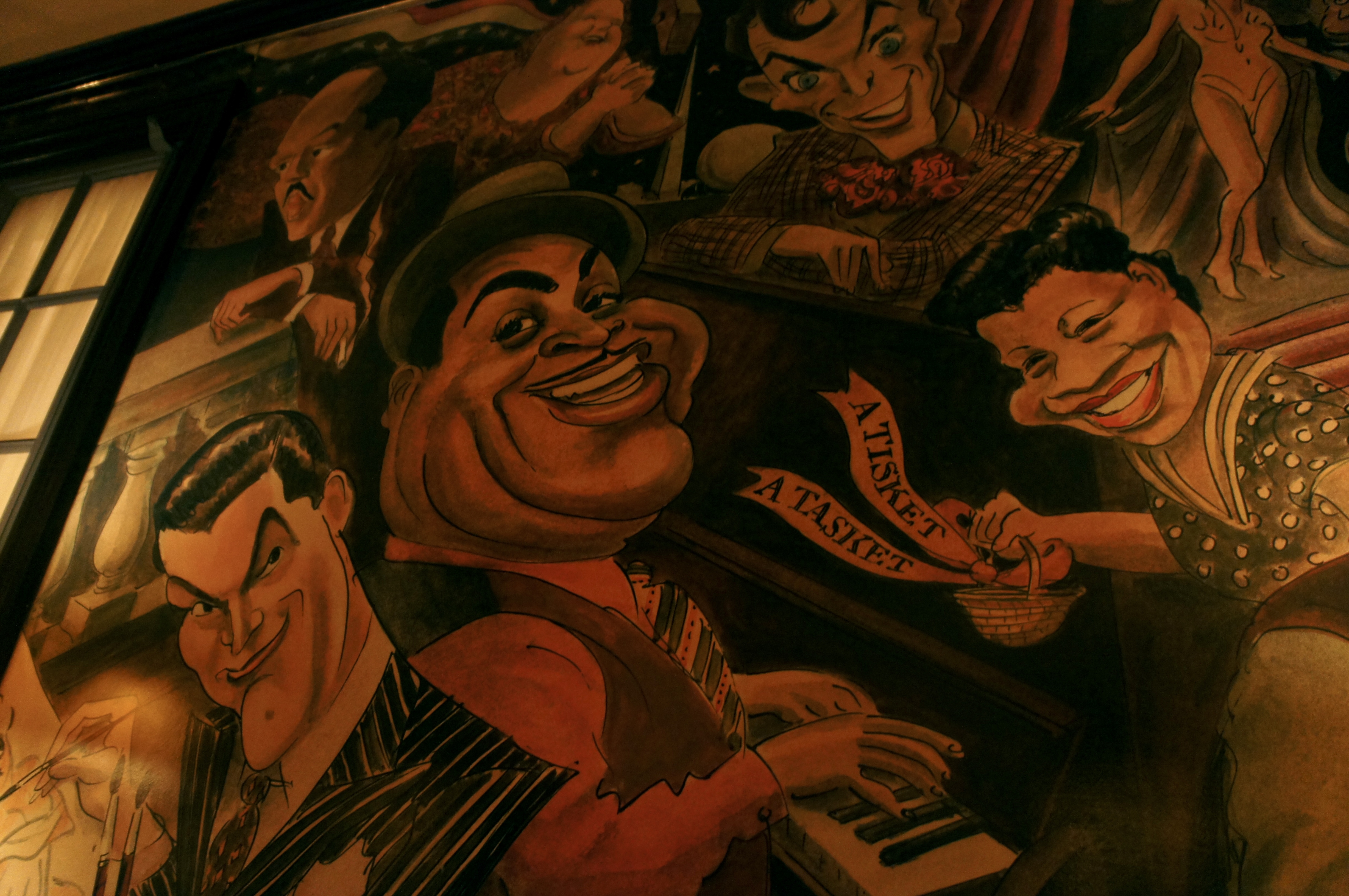 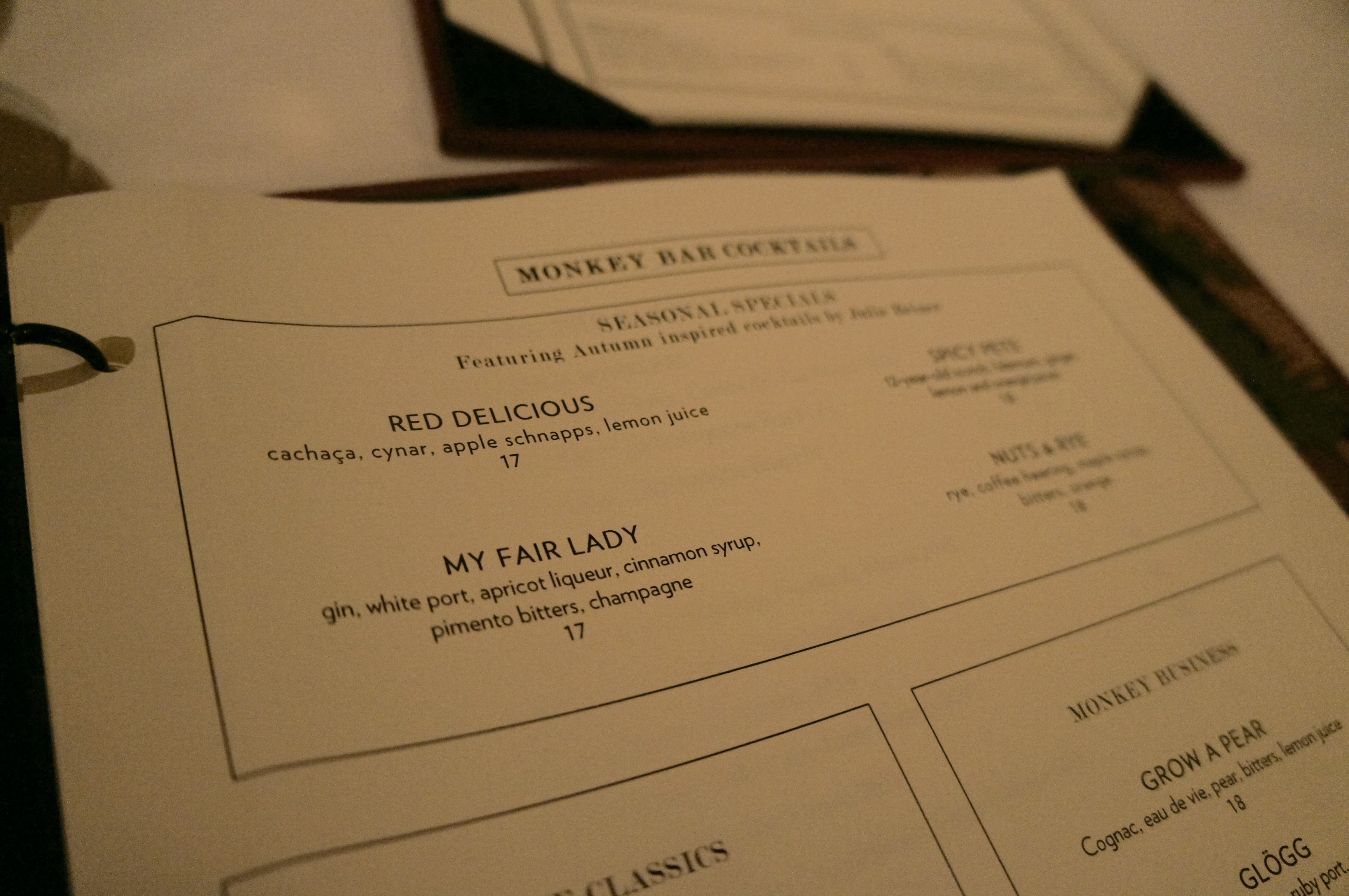 After perusing the extensive menus, we ordered and then descended into planning where we would go the following day 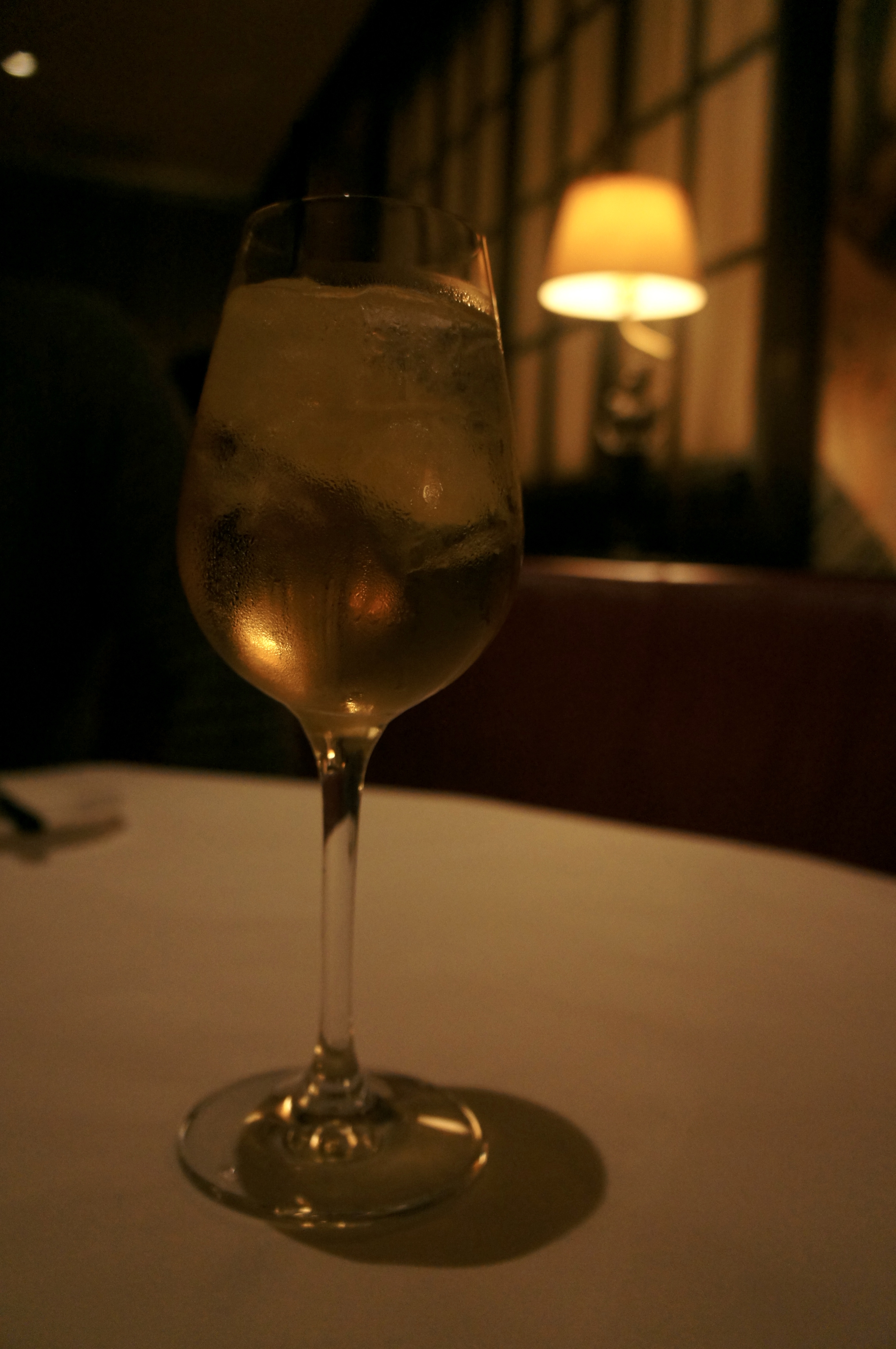 With our drinks, so too did the Monkey Bread arrive. Oh dear bread gods, it was amazing!

all you non carb eating people, look away now, cause this next bit, well this may turn you!

incredibly moreish and coupled with it’s buttery goodness, the fact that it was warm quite nearly had us cancelling our main courses and just asking for more of this stuff!

Sanity prevailed however and I enjoyed a delicious Fettuccine Carbonara whose creamy sauce was light, well seasoned and totally nom. While Himself had their signature Monkey Bar Burger, which was equally delicious with it’s peppers, garlic aioli and chips. 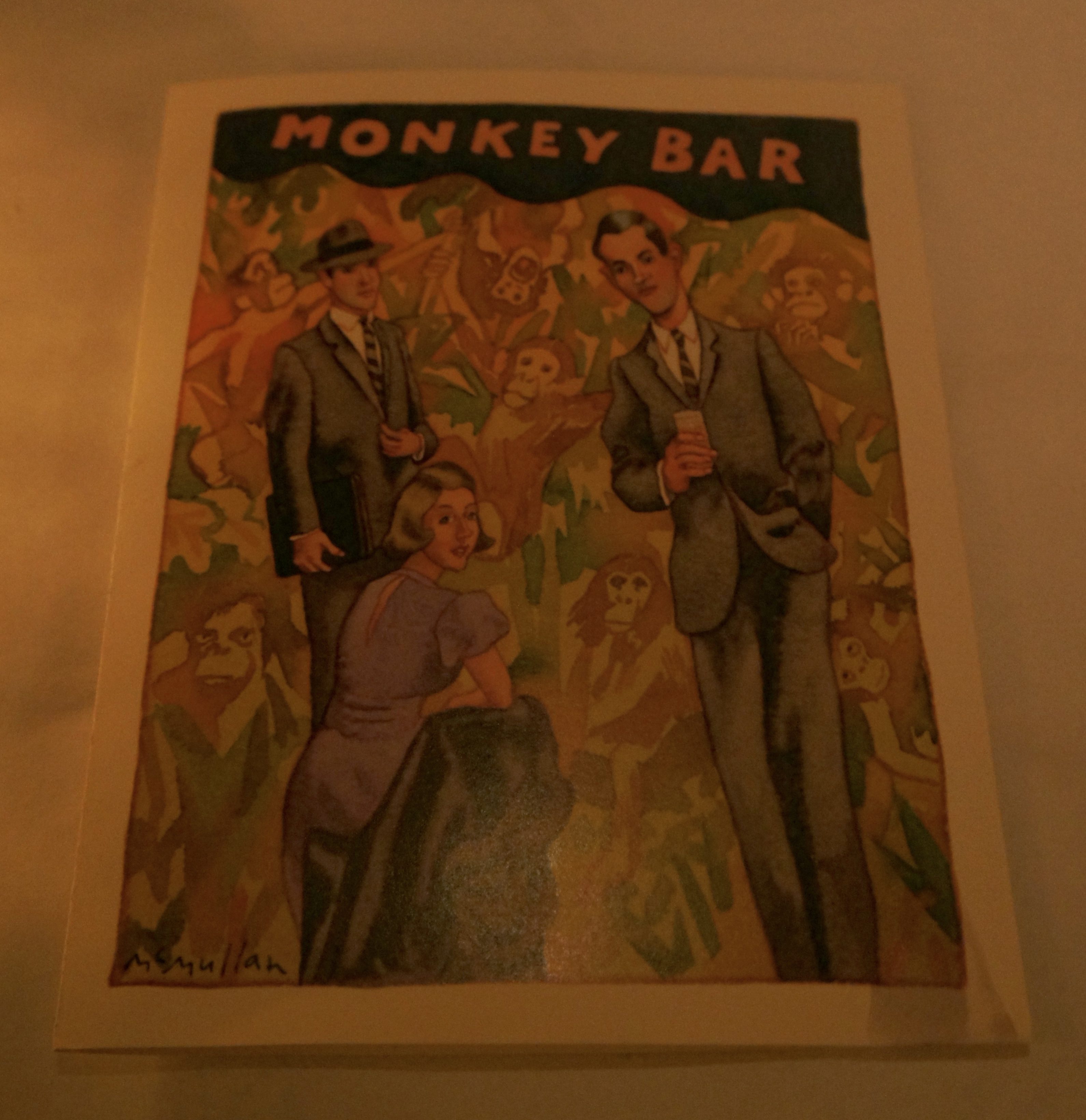 We were so completely full to the brim, that we declined to order dessert…The Monkey Bar Restaurant staff had alternative ideas 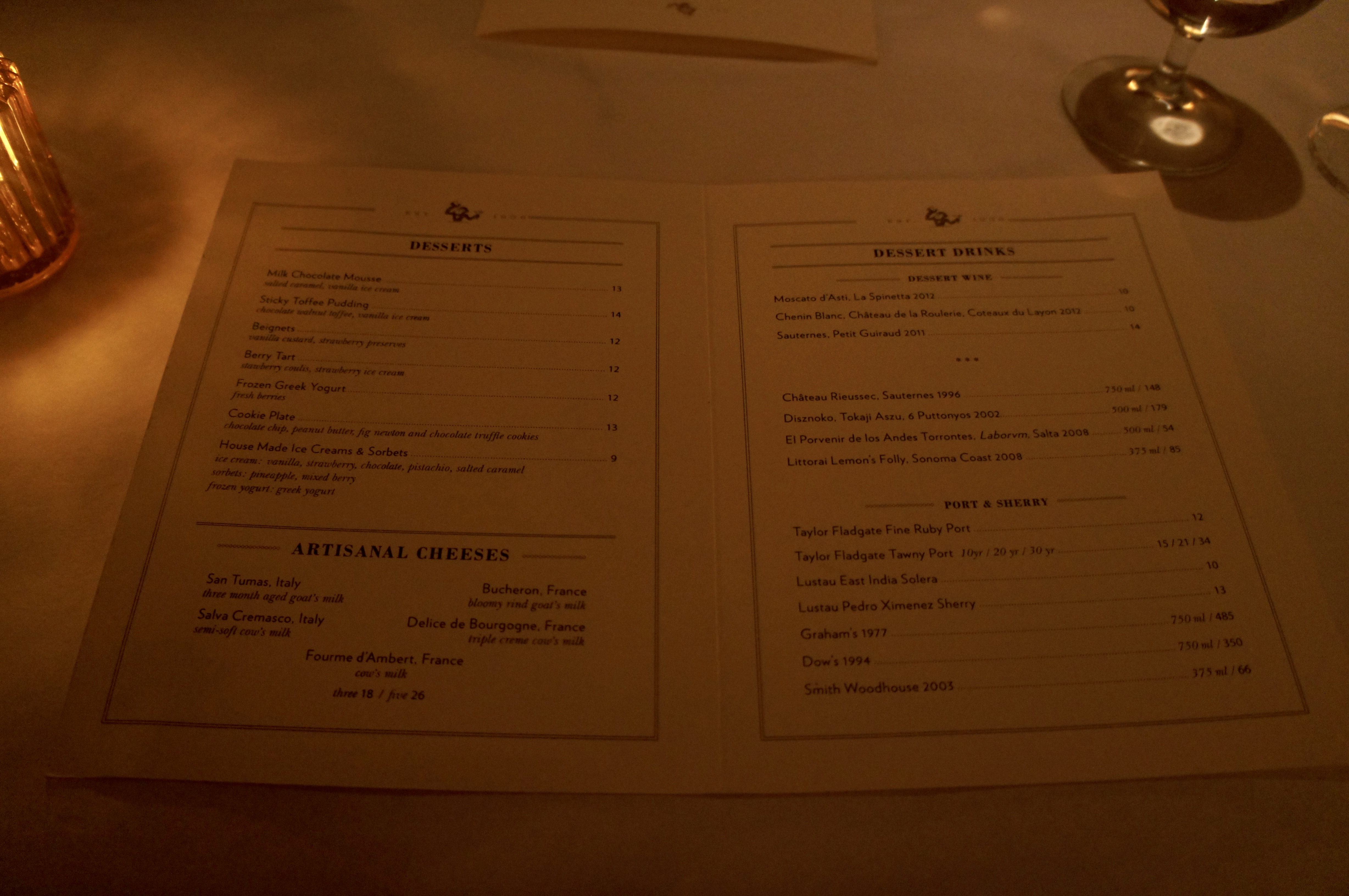 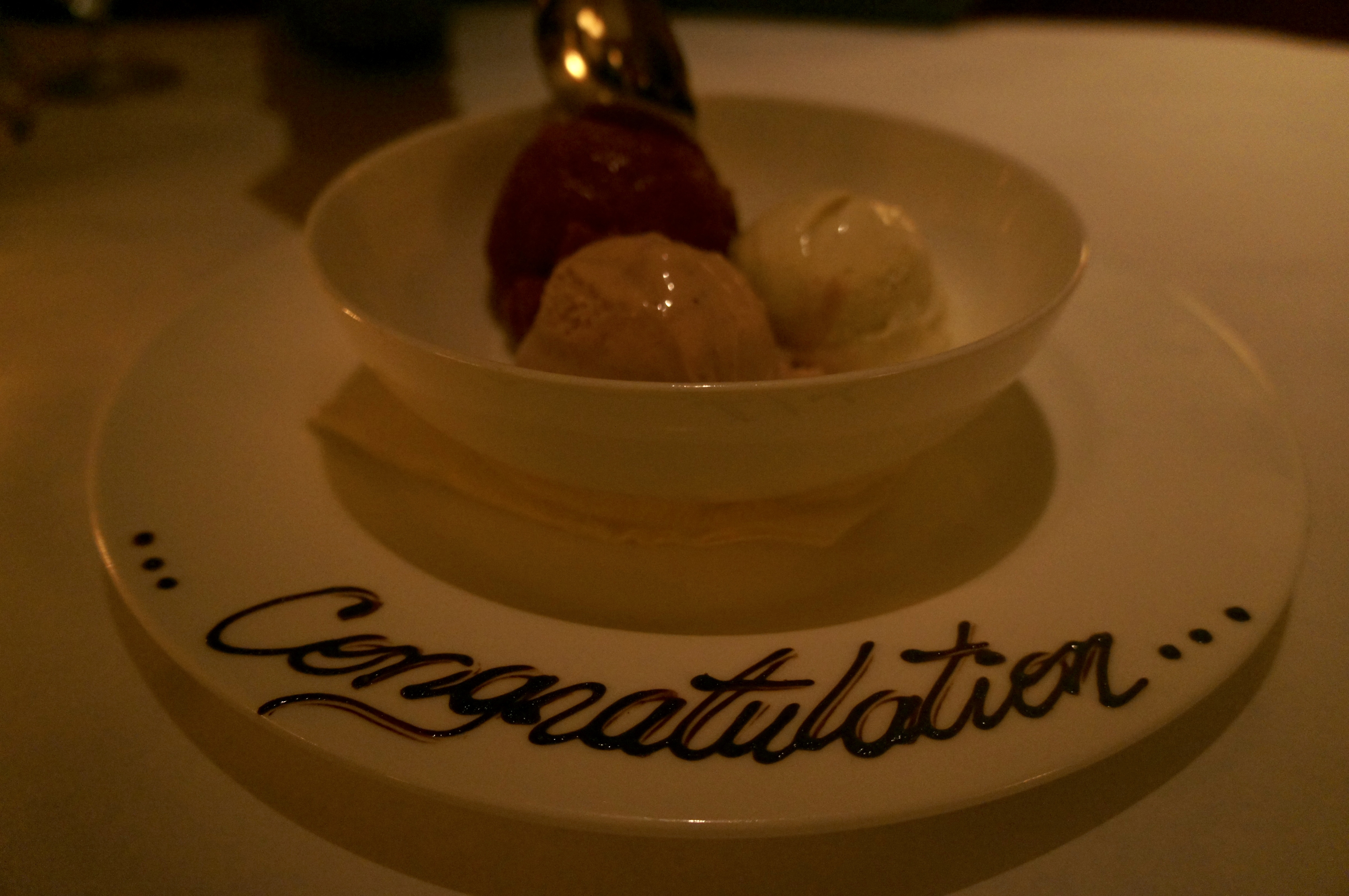 A round of drinks was also extended to us to celebrate and bless them, they wouldn’t take no for an answer. I was informed that I couldn’t be in Manhattan and not try a Manhattan cocktail for the first time, so one was brought over. 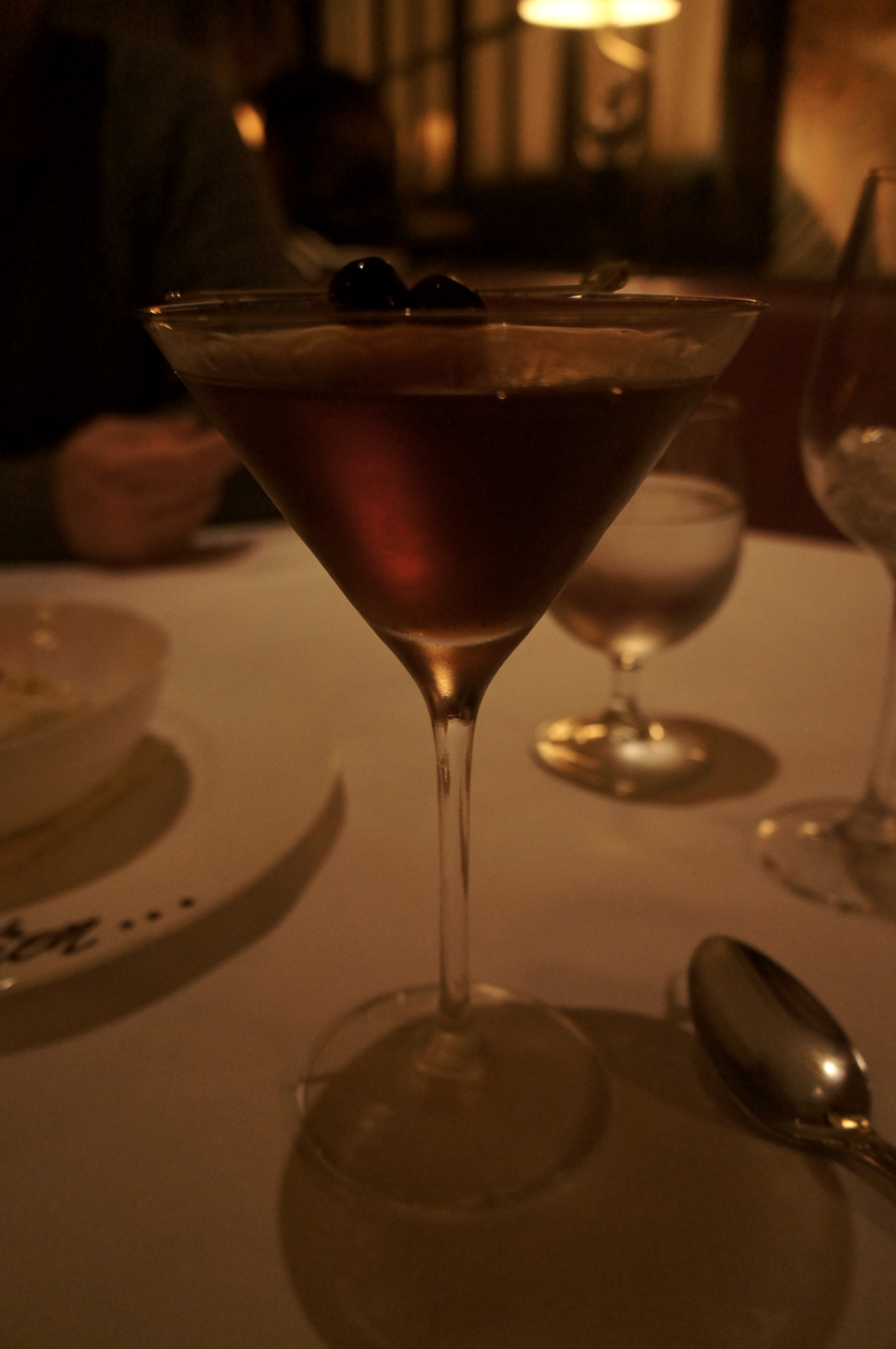 Guys, I really, REALLY wanted to like it, but no, I couldn’t drink it, it was just too strong for my lil tastebuds, although I have no doubt that it was excellently made. Himself helped me get rid of the evidence because my cripplingly polite Irishness prevented me from being able to return the drink!

When we finally convinced them that we really were leaving now, they brought us the bill, mints…and a complimentary glass of port each. 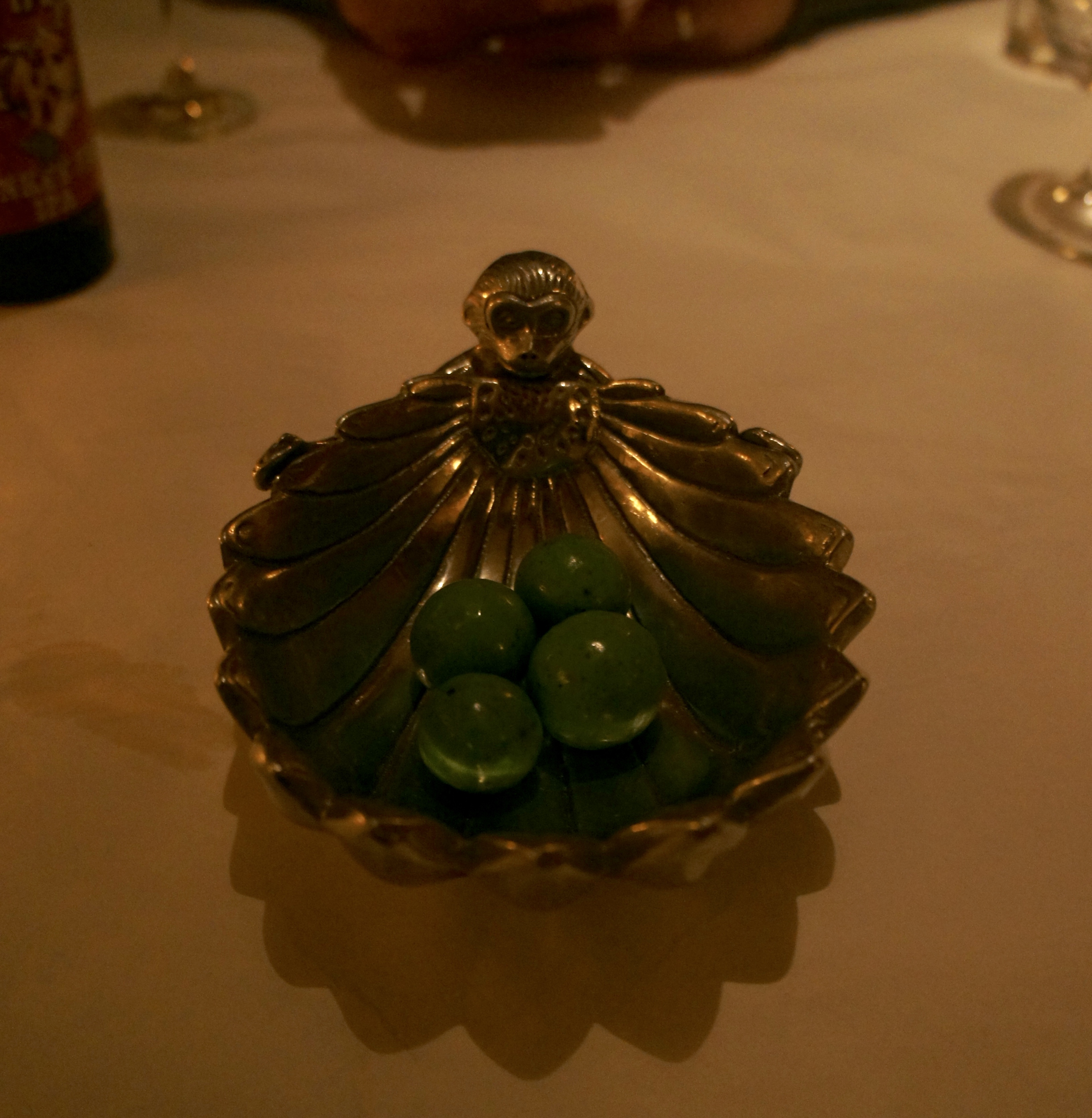 Honestly, we were treated so well, they were falling over themselves to celebrate with us and make our time with them memorable. They went above and beyond, particularly our Irish waiter who was in New York on his J1. So whether you’re resident or a visitor, get yourself to The Monkey Bar for a night of fab food and great ambiance!

After enjoying our fill and then some! We stumbled our way up to bed, finally able to succumb to the land of nod which had been calling to us for hours. I collapsed onto the largest, cosiest, Egyptian cotton laden bed that I’d ever had the good fortune of being on.

Or so my sleep befuddled state would have me believe anyway!