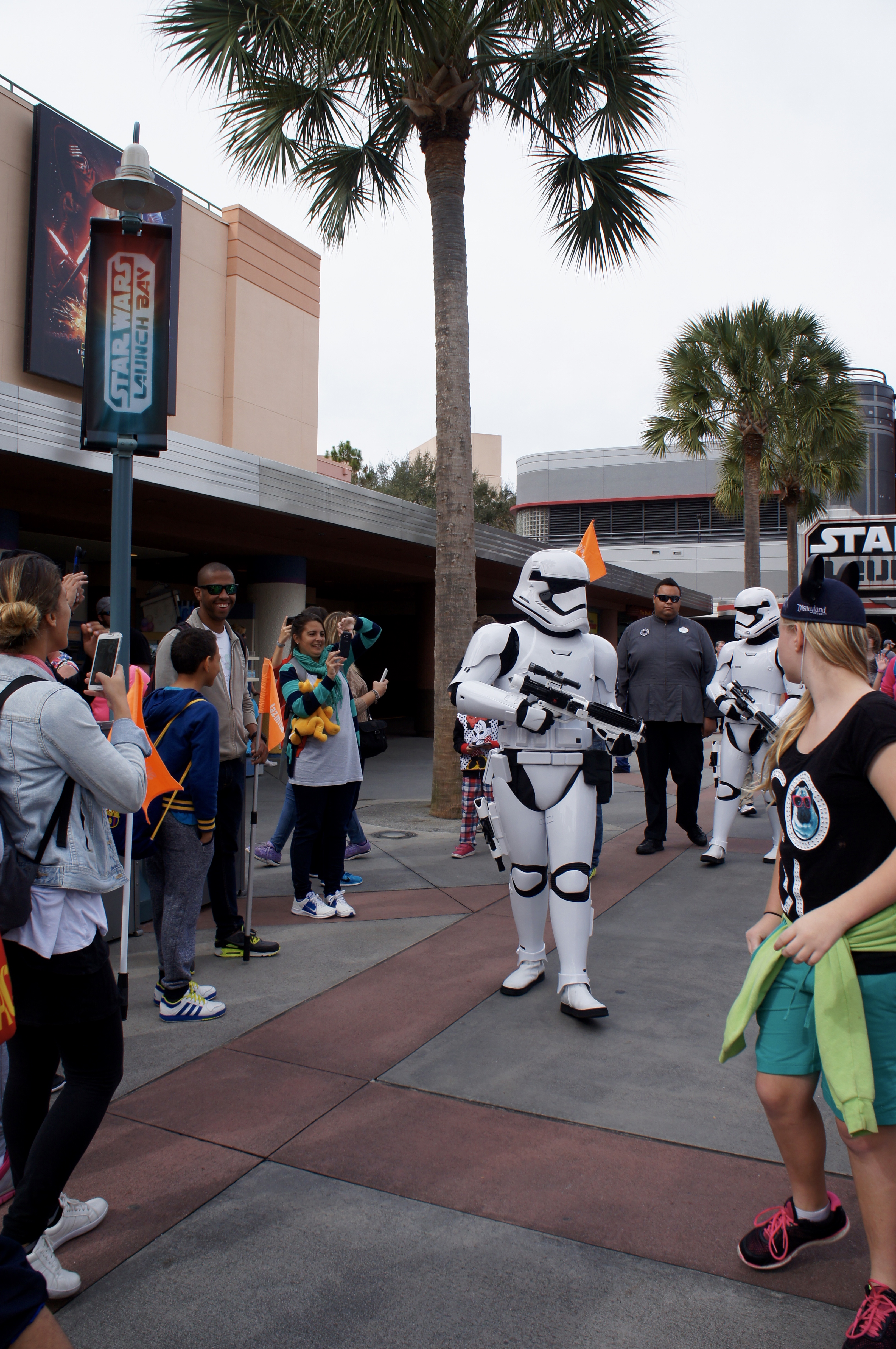 The memorabilia was pretty awesome, but was of more interest to Himself than it would ever be to me. But I was really looking forward to meeting Darth Vader! 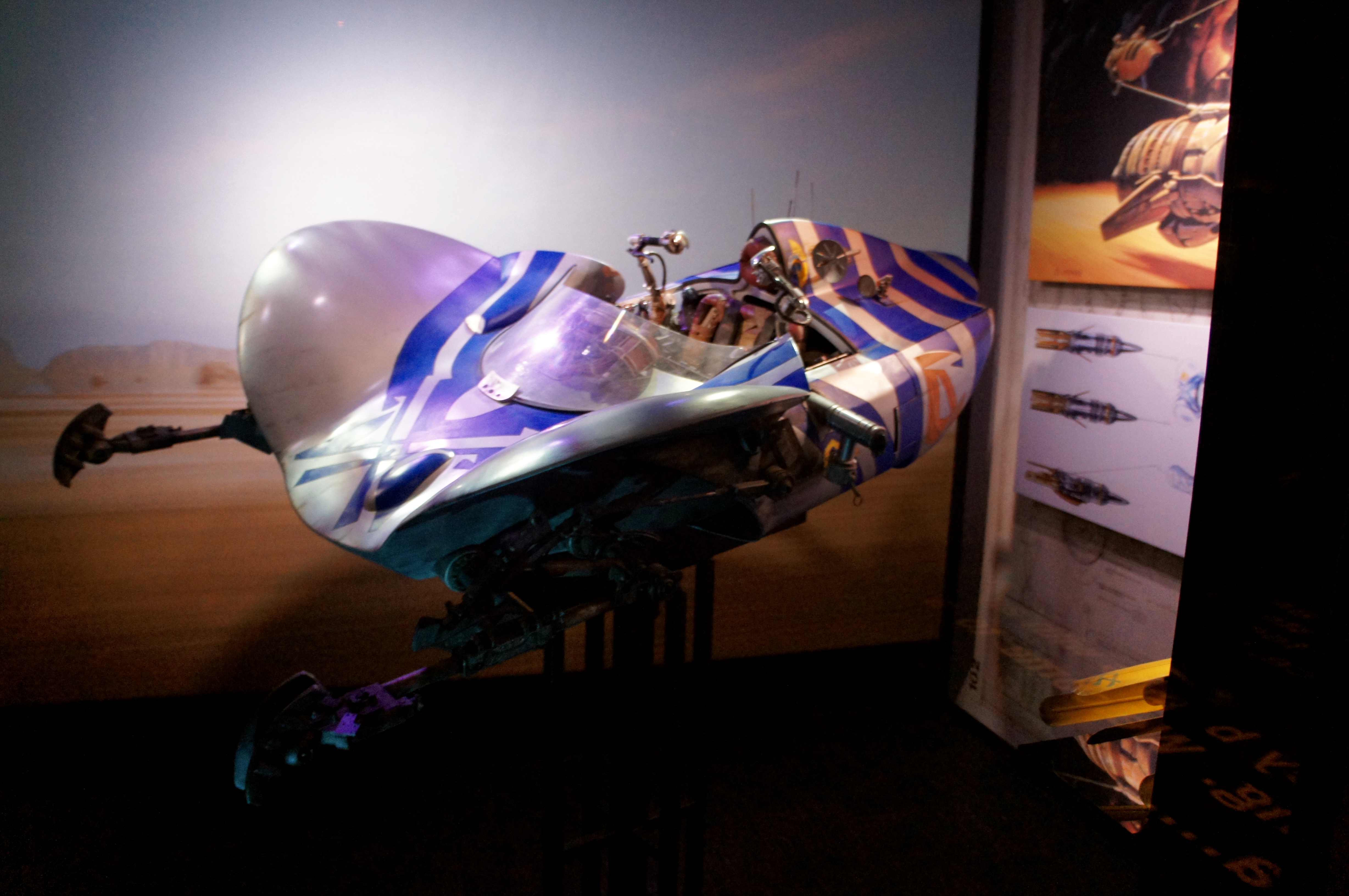 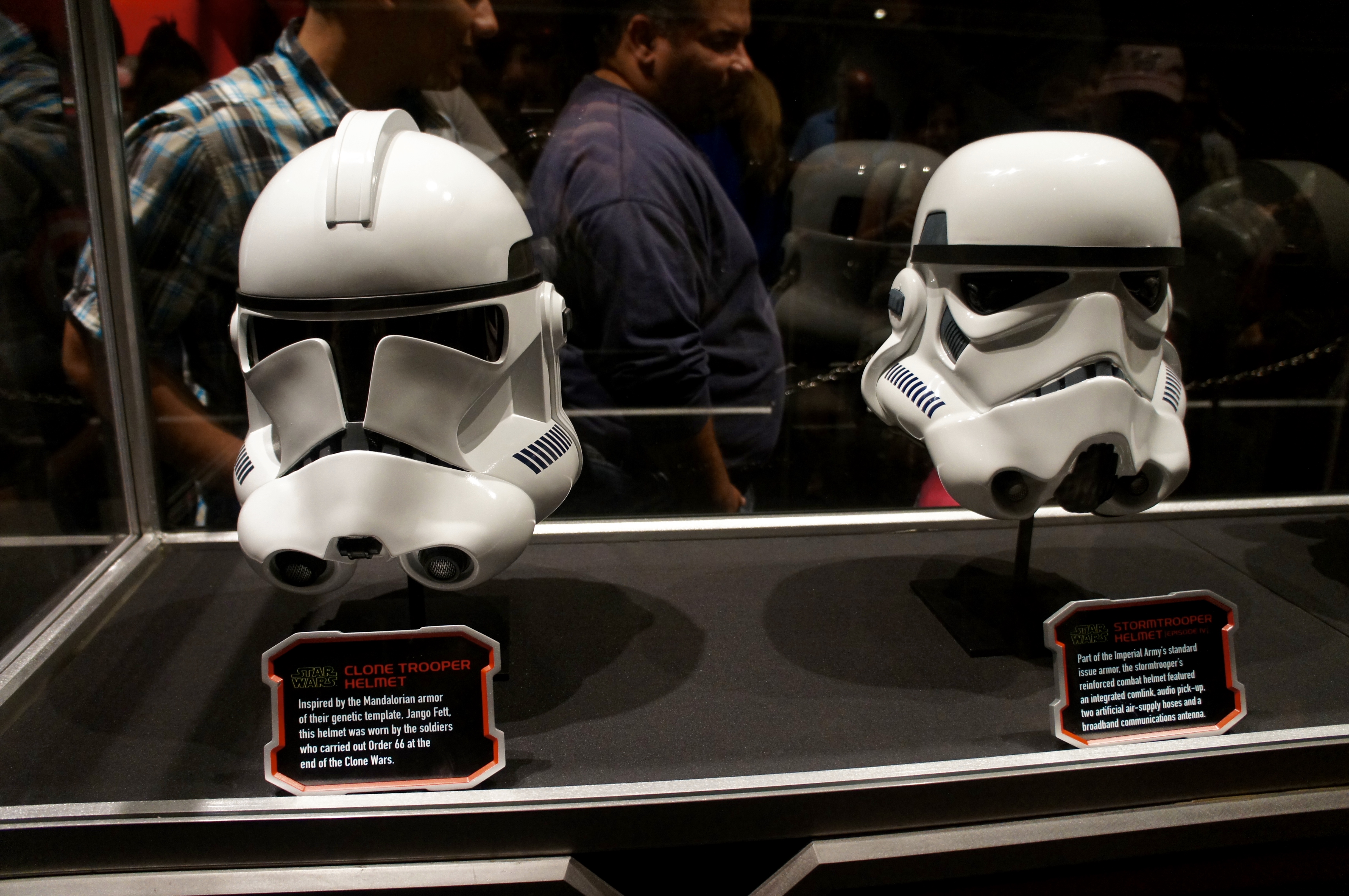 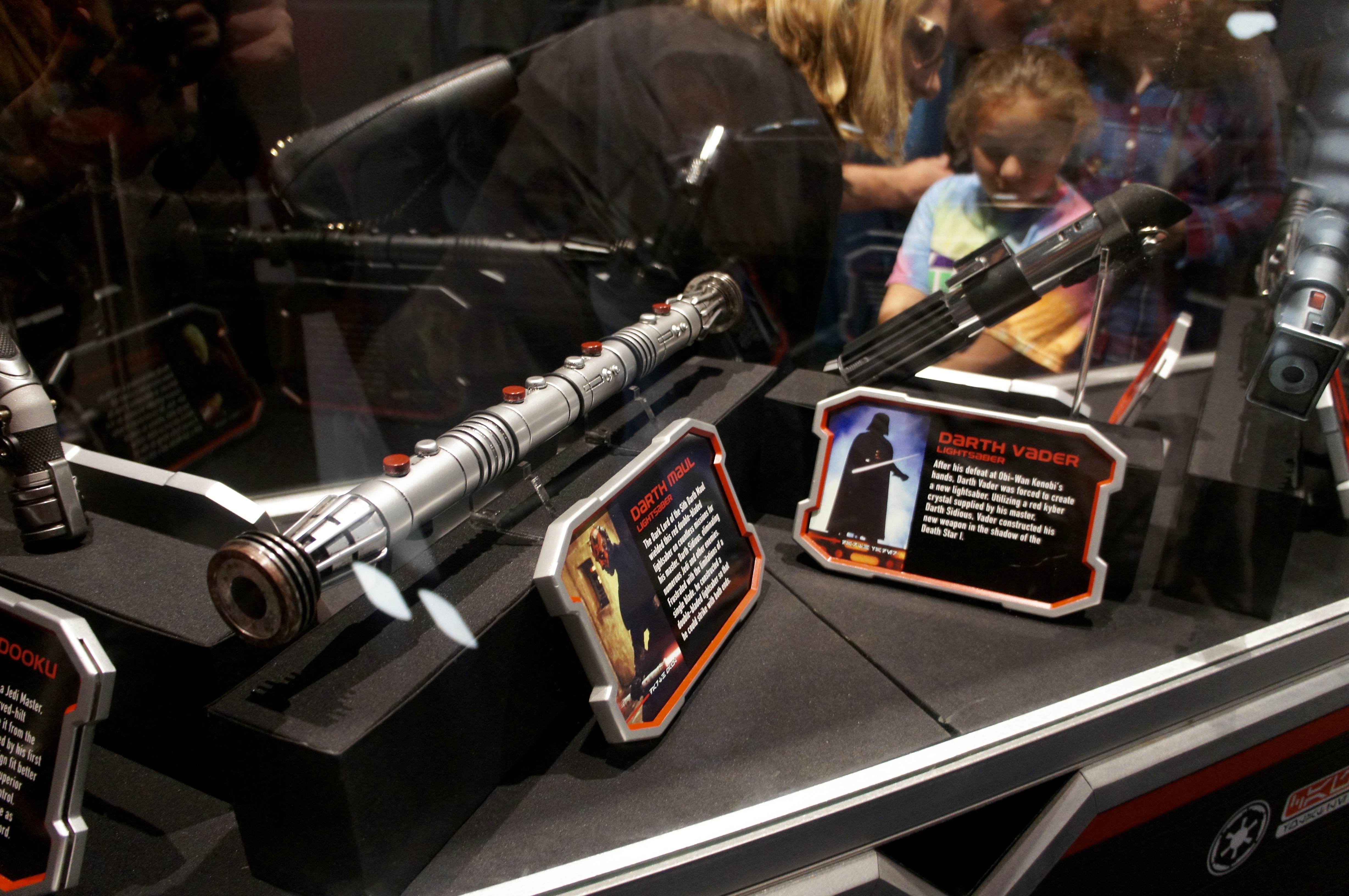 And when we finally did, after an hours wait (totally worth it), Himself and Darth circled each other – a proper stand off so it was! 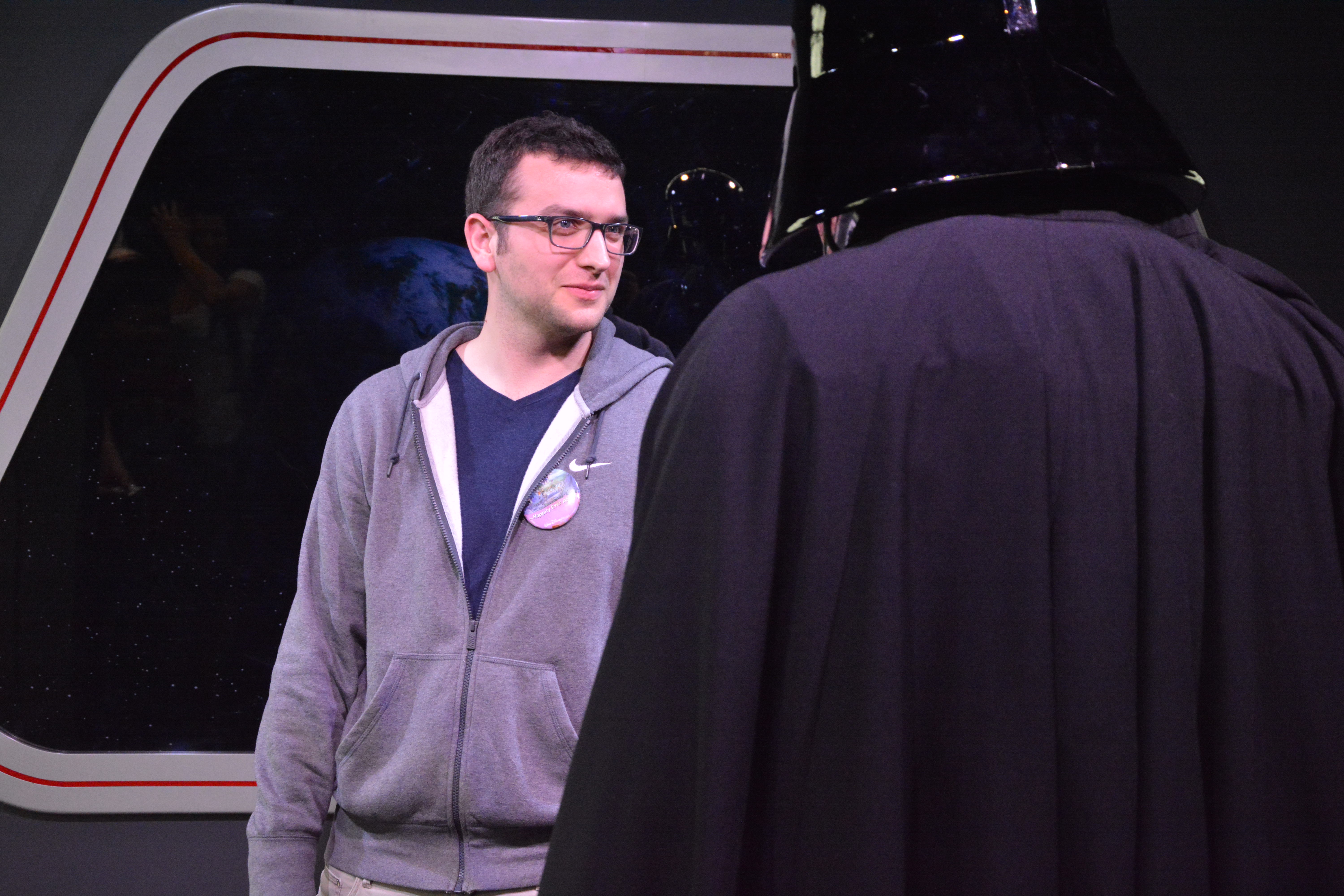 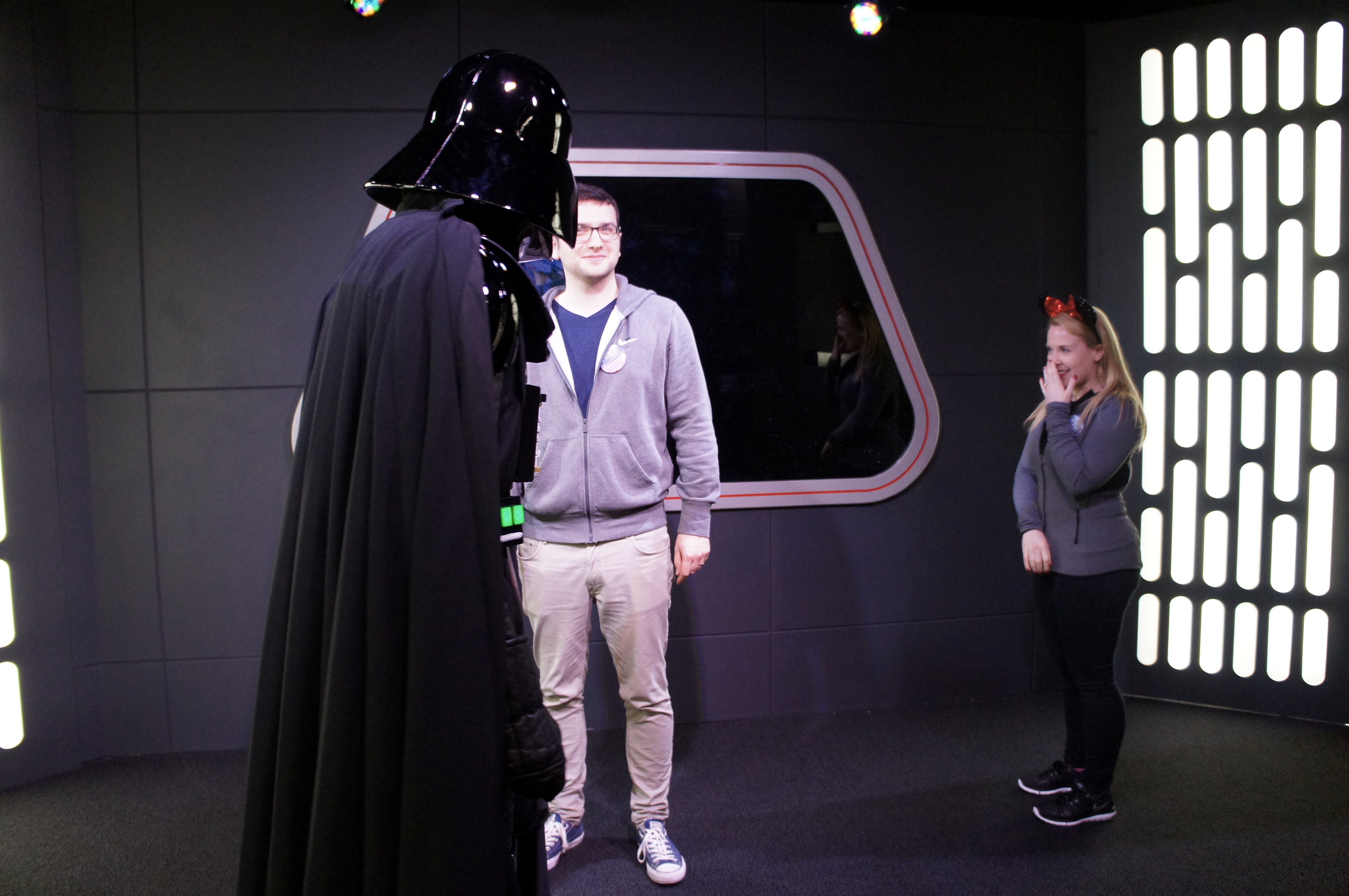 Darth Vader was less than impressed, but this only made me laugh more – lets call them nervous giggles! 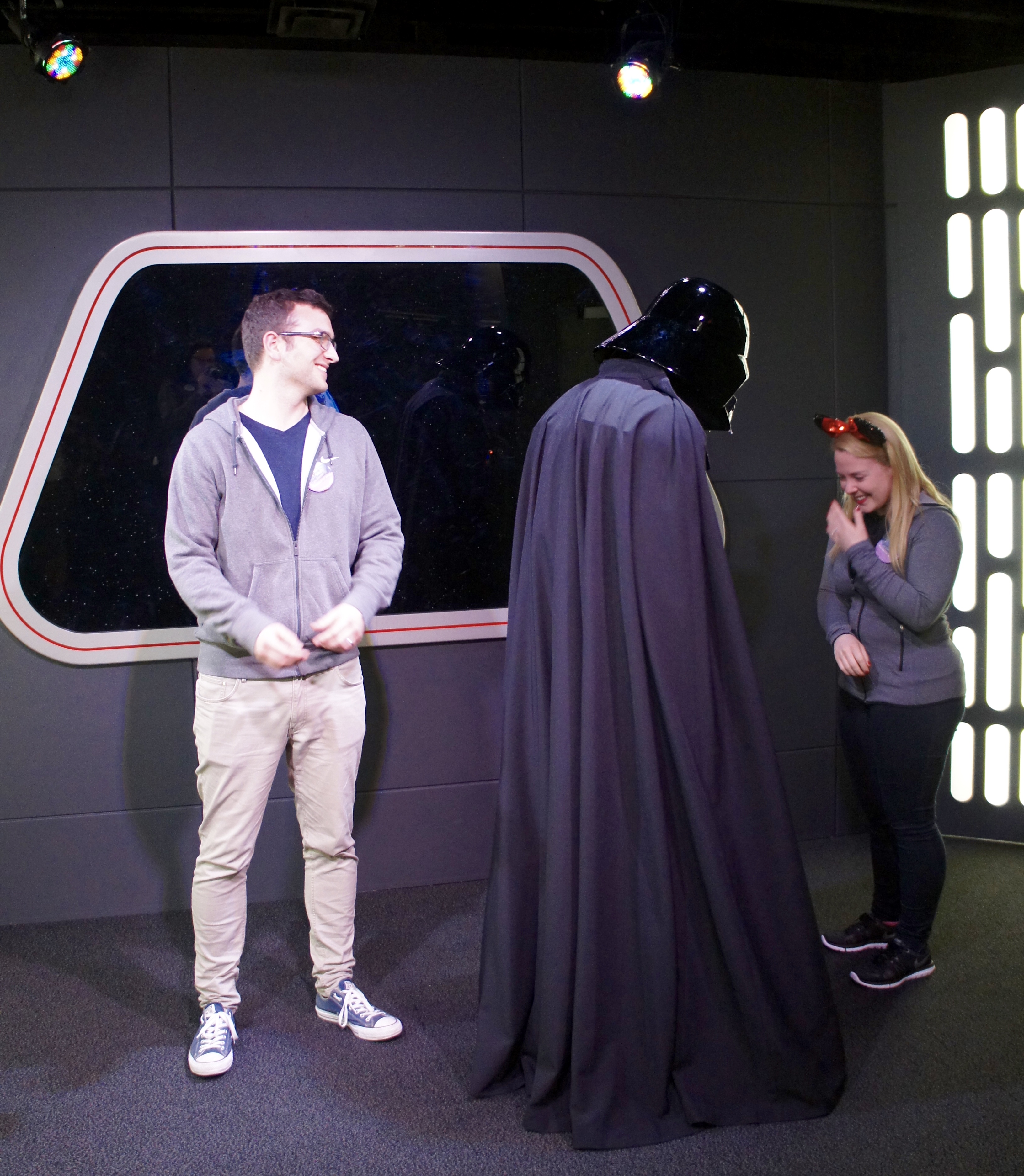 But I managed to get my act together, just long enough to get the family photo. 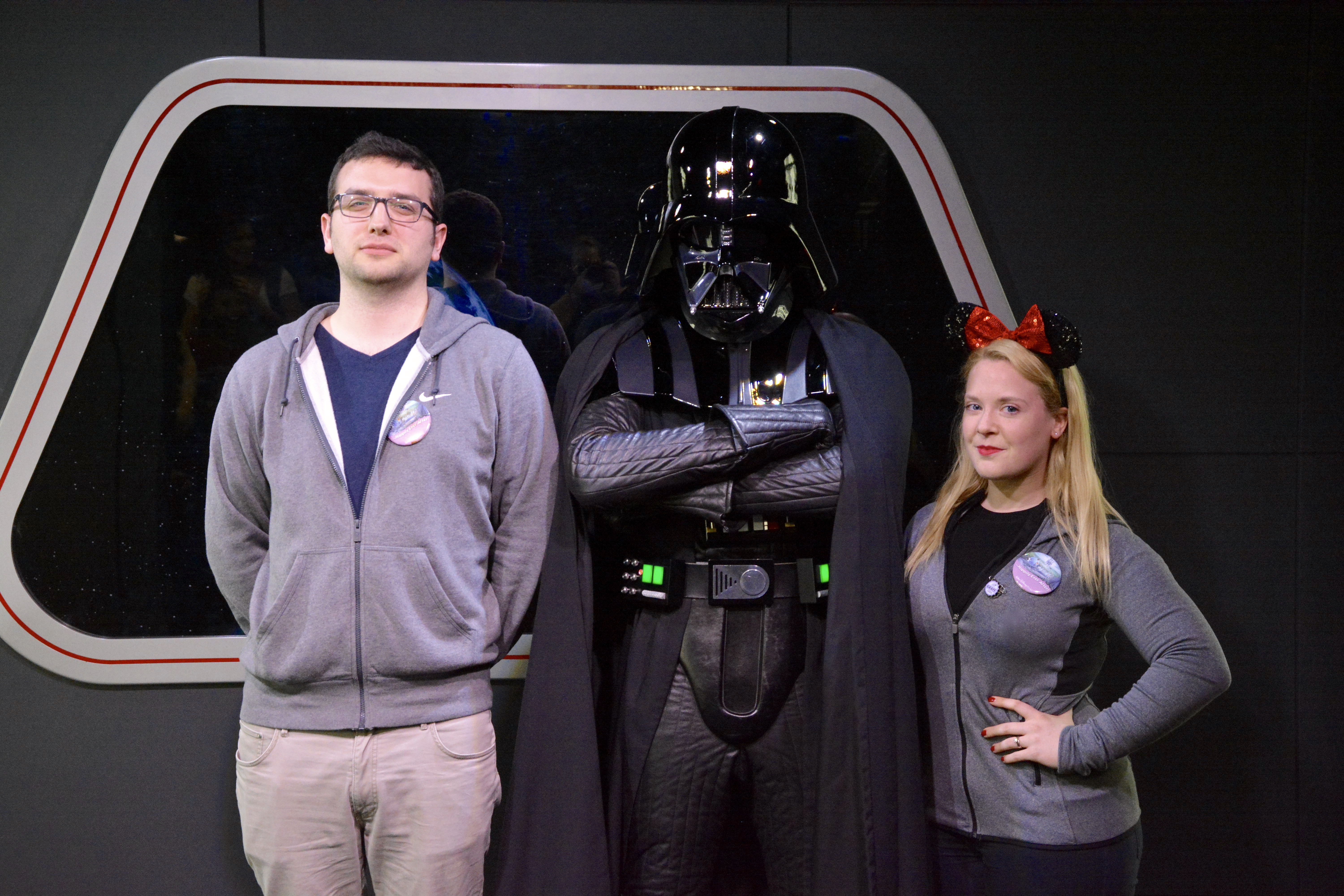 There were lots of sketches on the walls, but this was my favourite, I even looked out for it in amongst the memorabilia, but no such luck 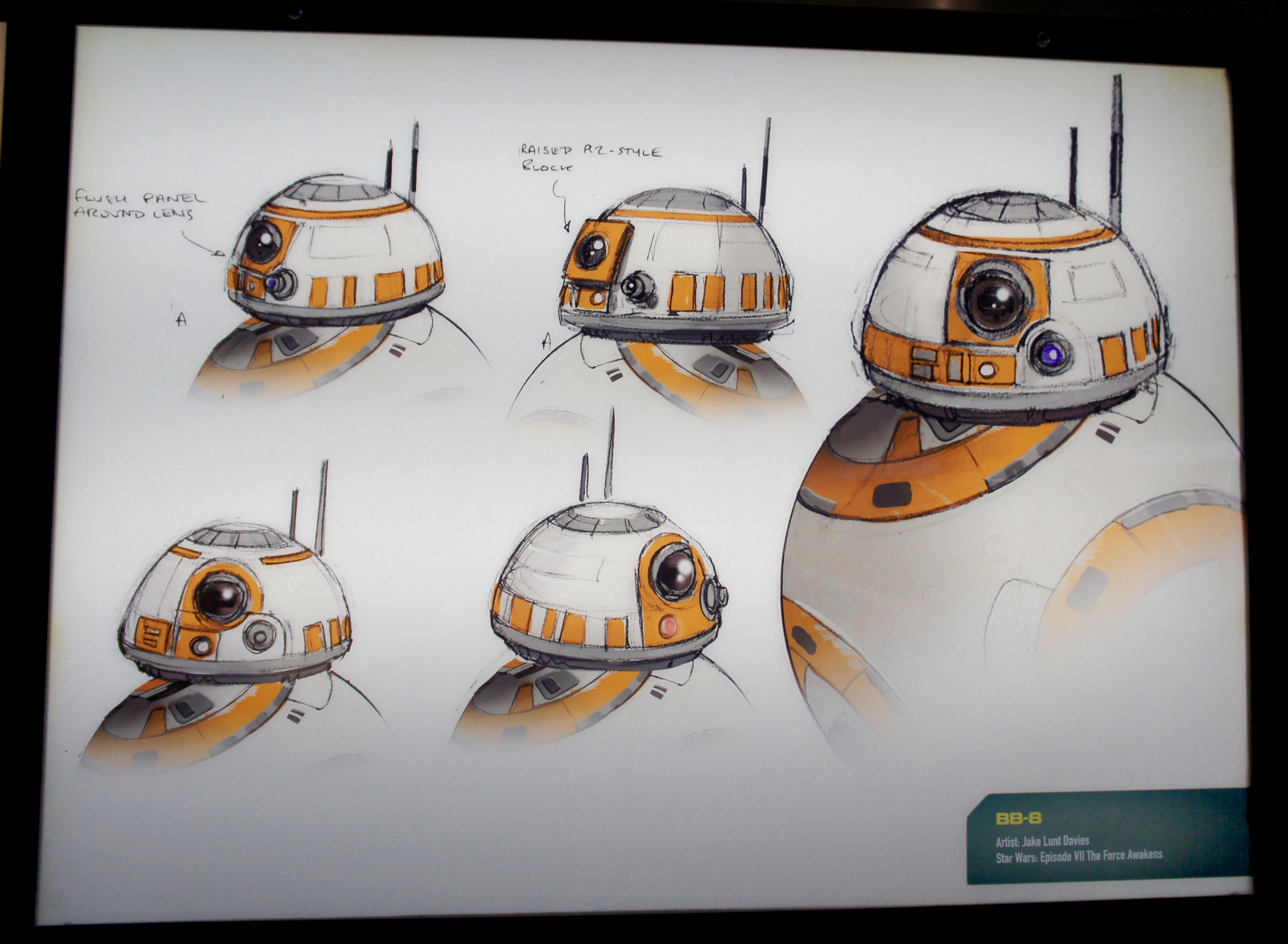 I was very tempted by this plush fella, but managed to restrain myself! 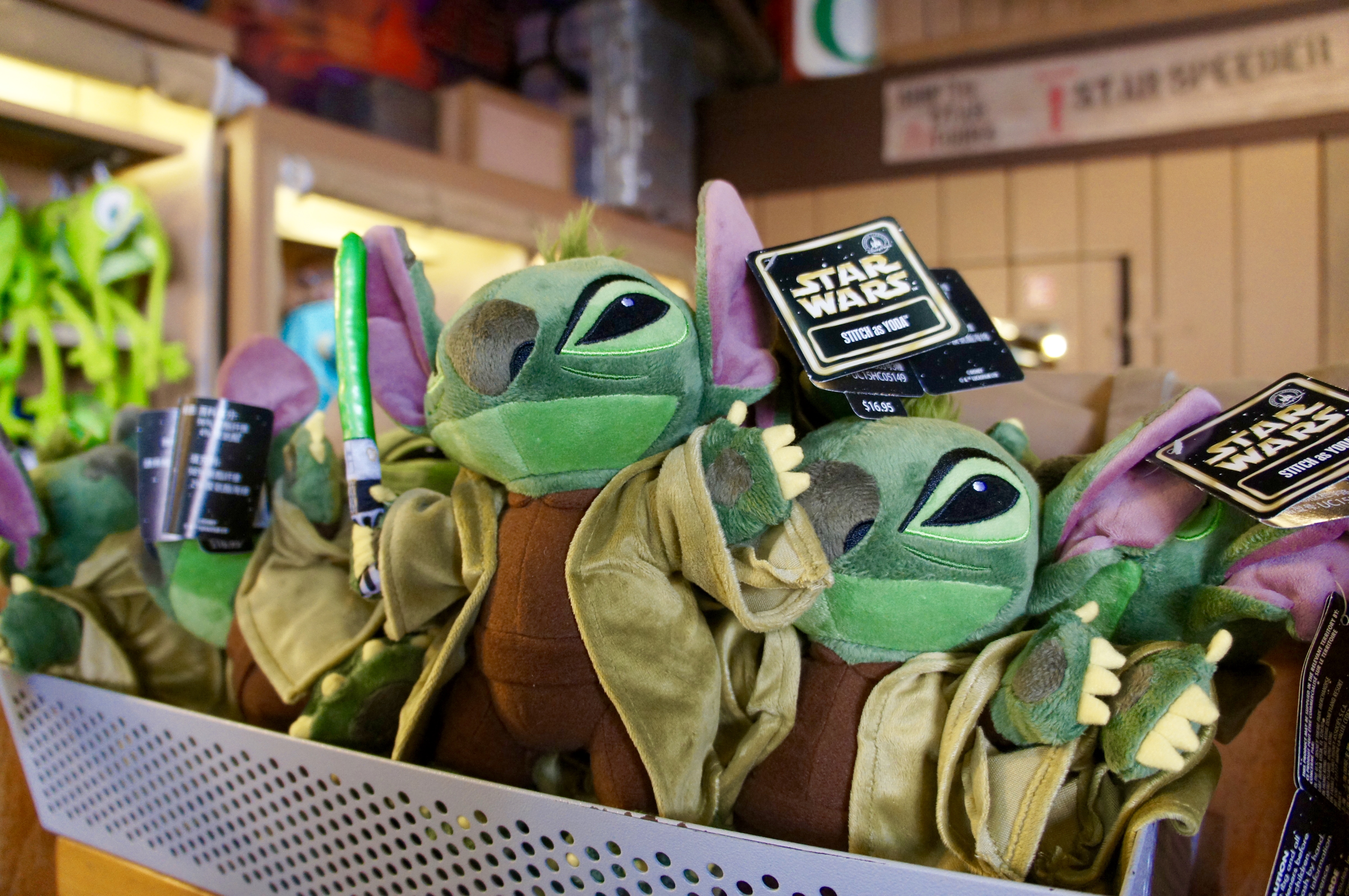 After we’d had our fill of Star Wars “stuff’n’things”, which included building our own unique Star Wars robots (Himself made the one on the left and in lieu of a veil for the Bride robot, I opted for Mickey Mouse ears and the magicians hat, pretty good I thought!) 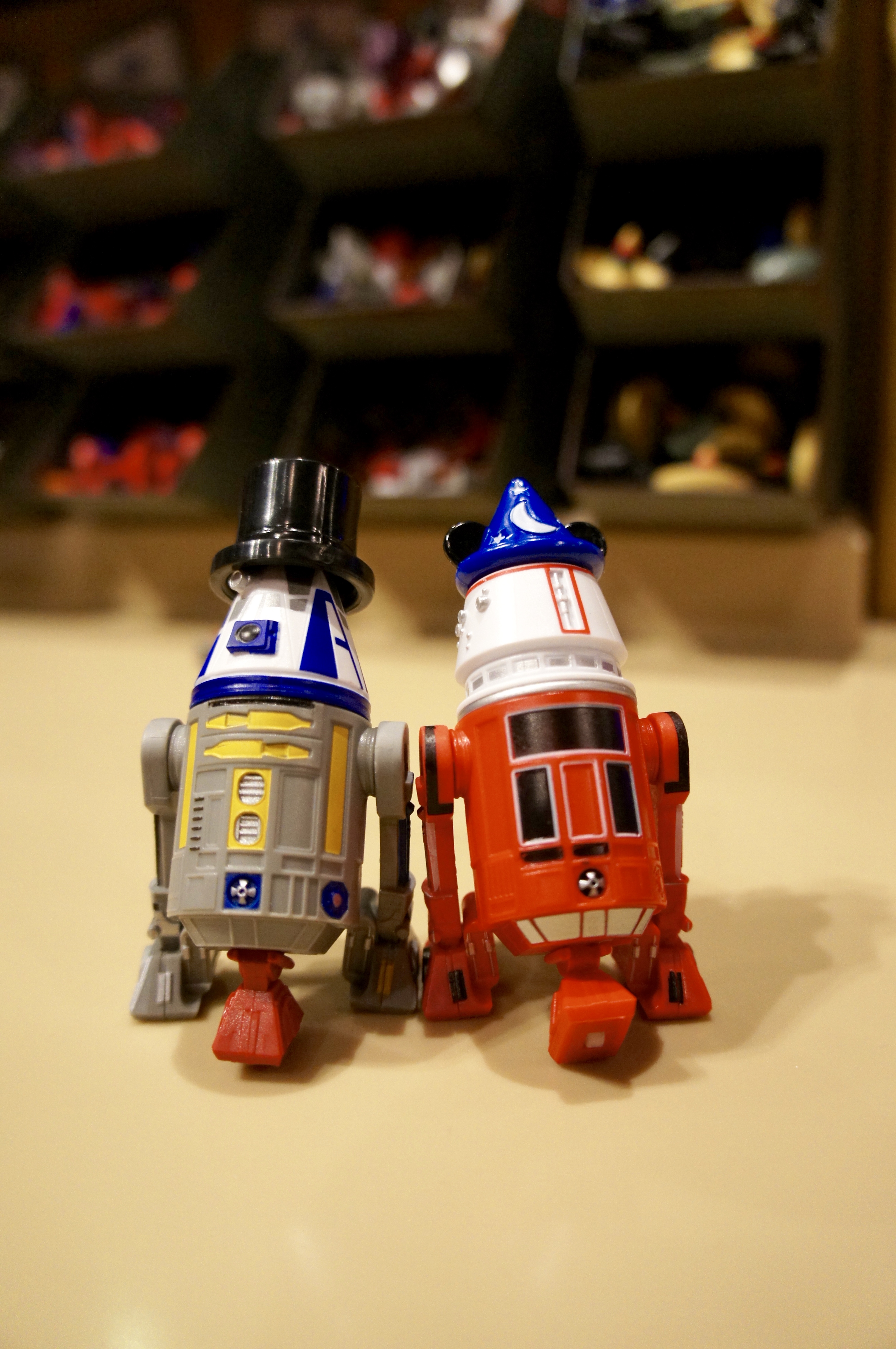 We meandered through the “Honey I Shrunk The Kids” movie – so good! I mean, it’s literally meant for kids, but there were other *adults in there too

*those adults were DEFINITELY there with kids… 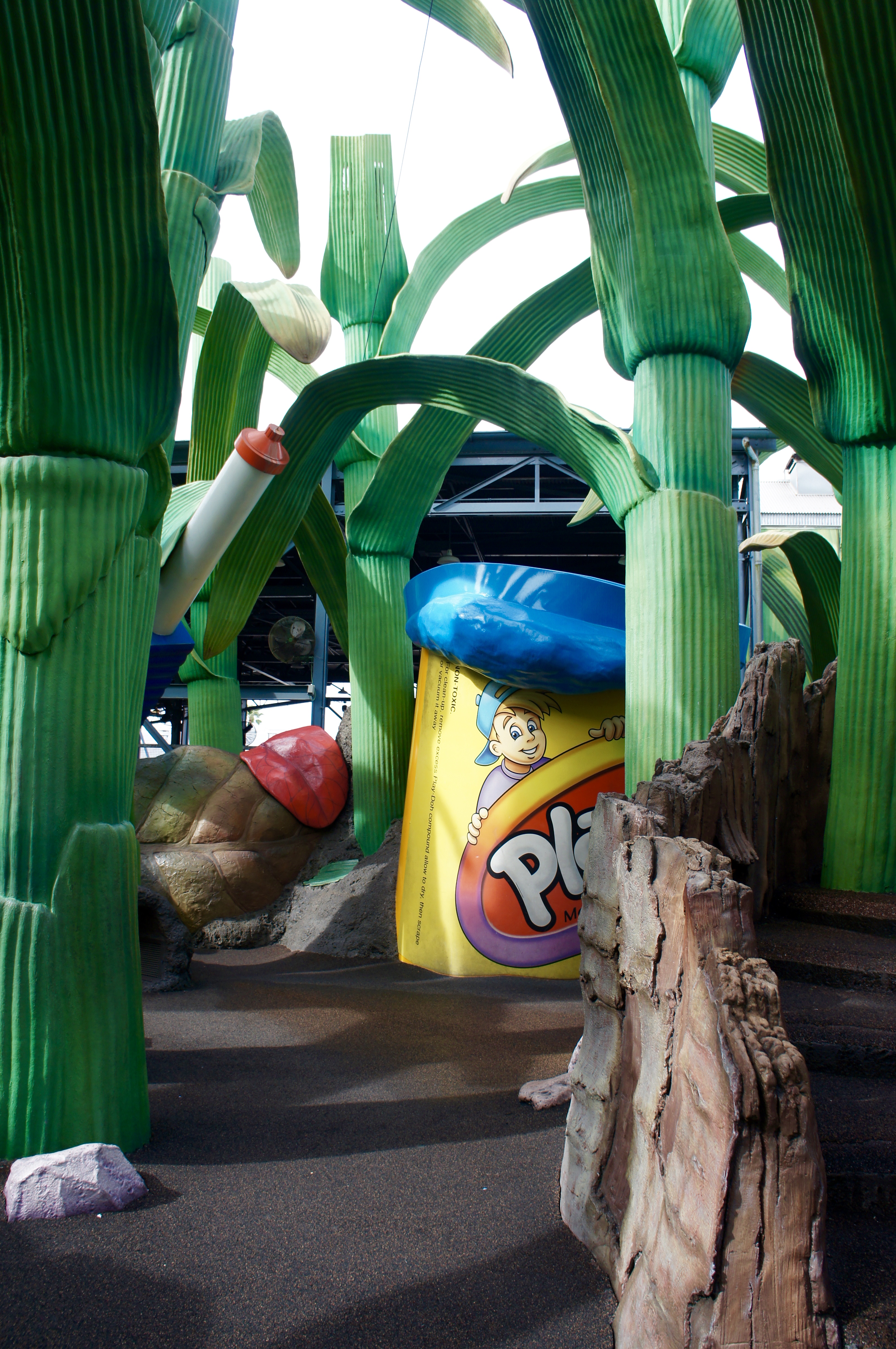 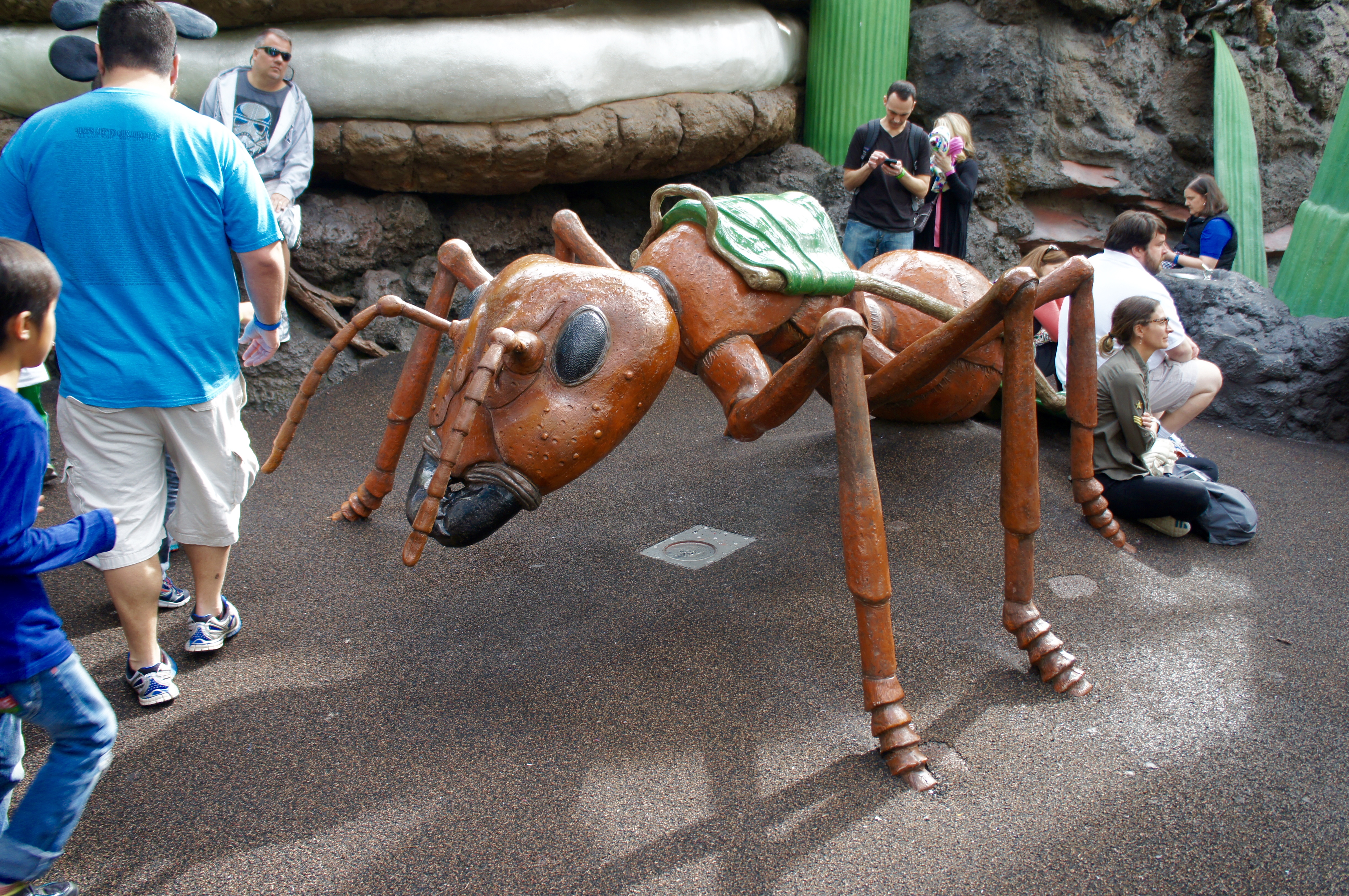 And later we came across this door, which had nothing to do with anything in it’s vicinity, but it was just one of those things in Disney that’s utterly random, but wonderful all the same! 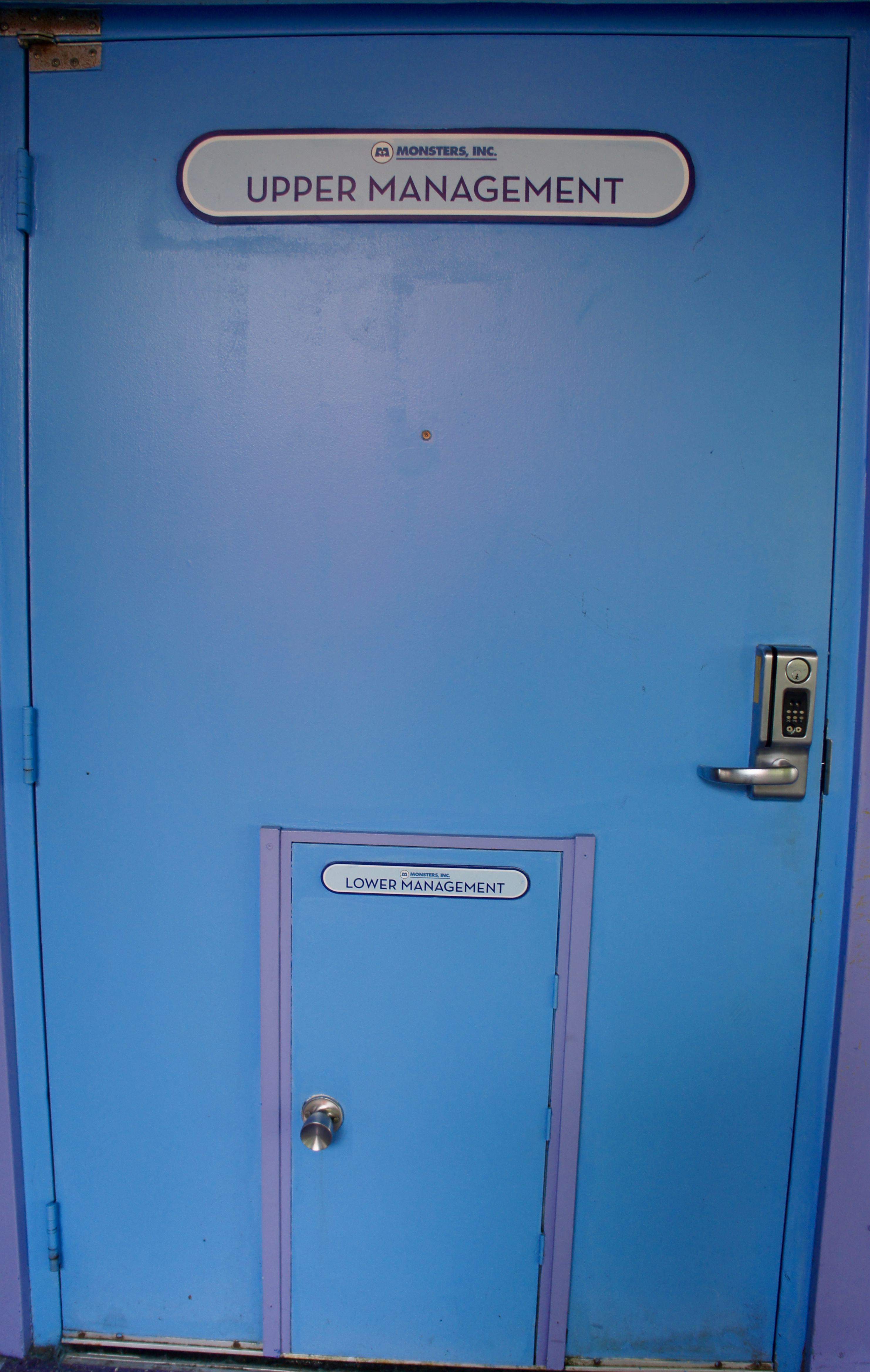 There had been so much walking around and general excitement for both of us, that we decided, a bit of time with our feet up was in order, so we went to the Beauty & The Beast show 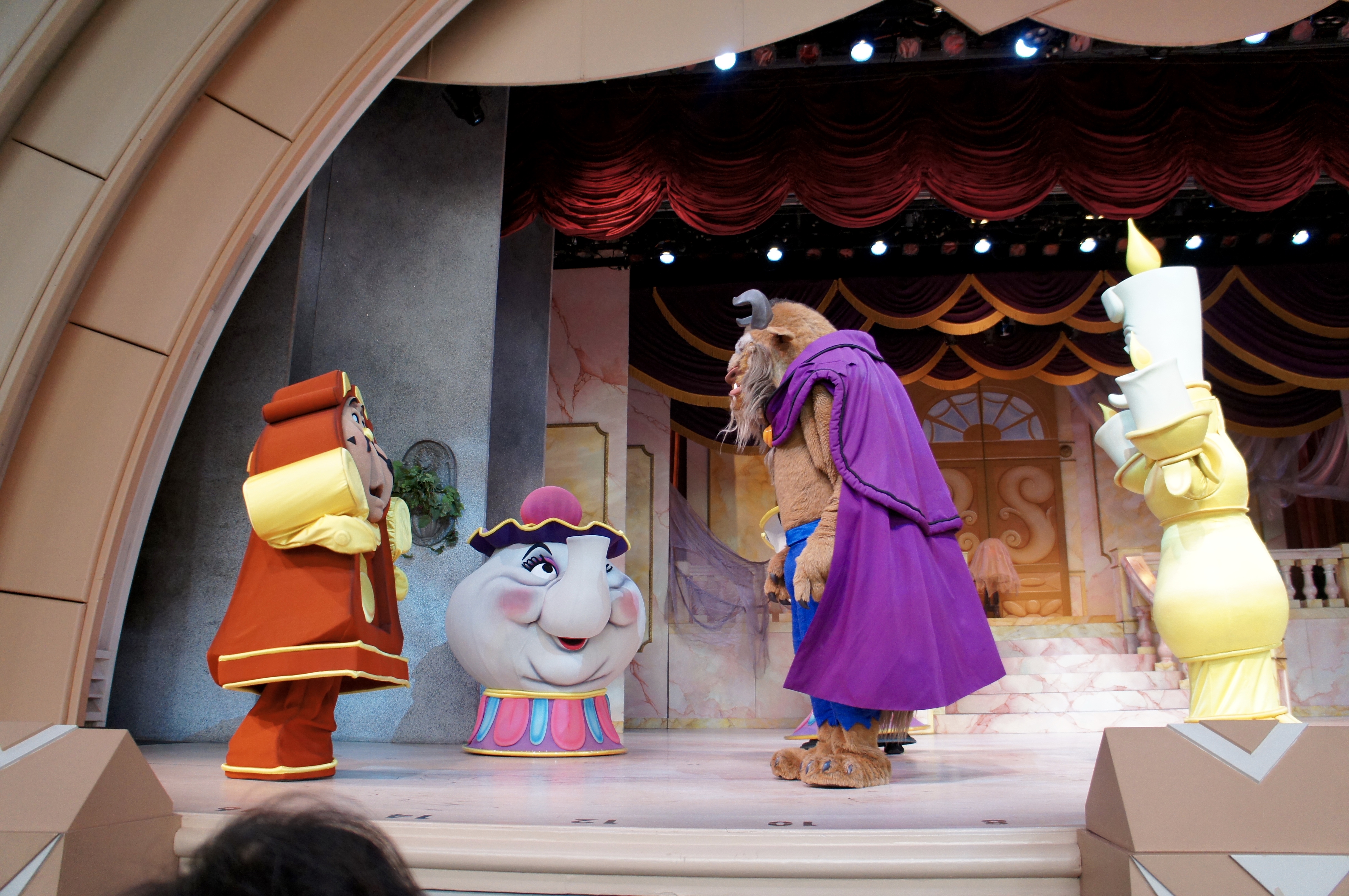 We had placed ourselves up at the back of the theatre early on, but our “Happily Ever After” badges were spotted by a really lovely cast member and after chatting to us for awhile, he said he’d like to treat us, so he brought us down to the second row – the VIP area apparently – it was very sweet and totally unexpected! 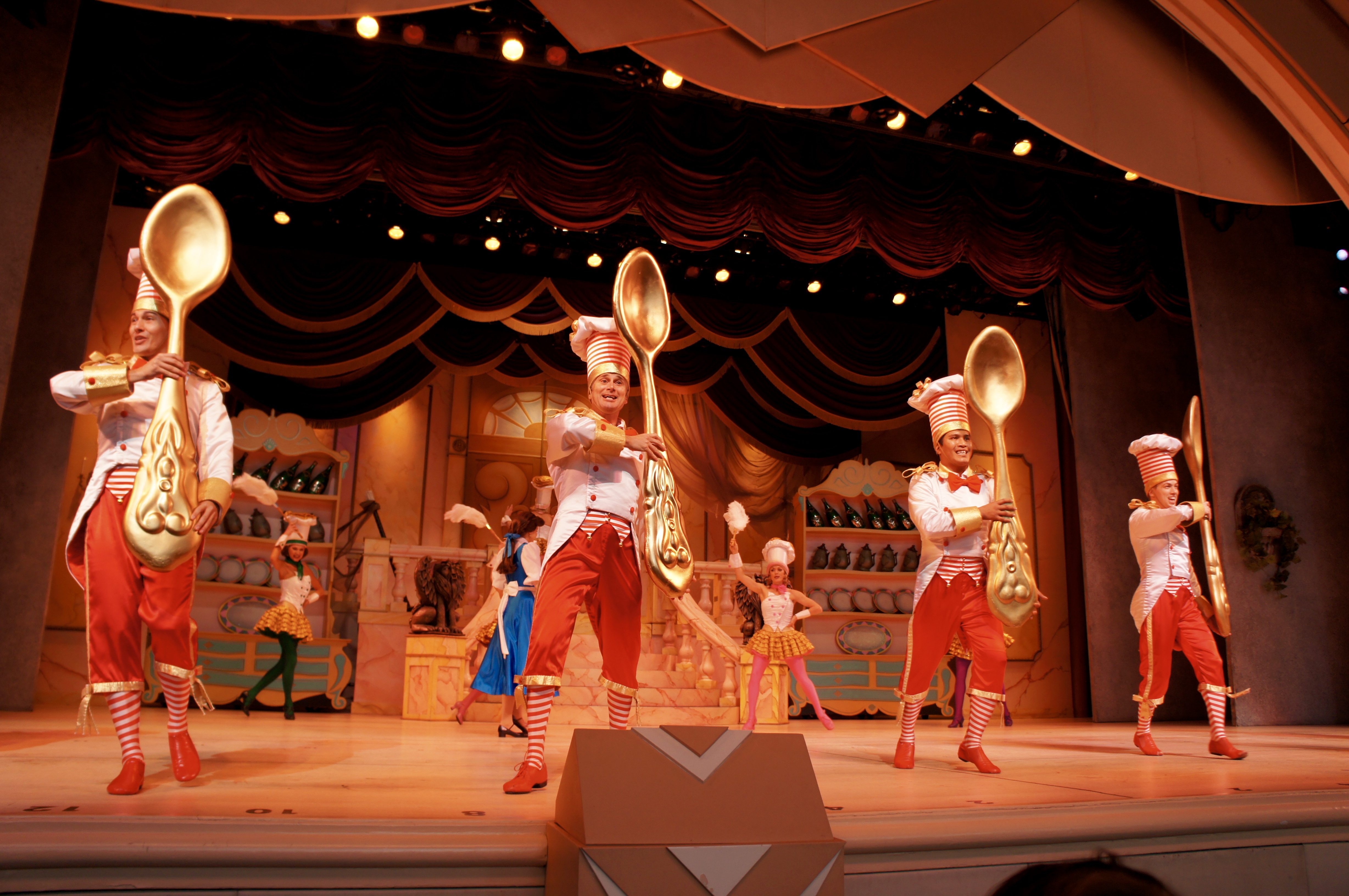 The show was super and I loved being that close so I could really see the detailing that goes into each costume, it’s really quite amazing! 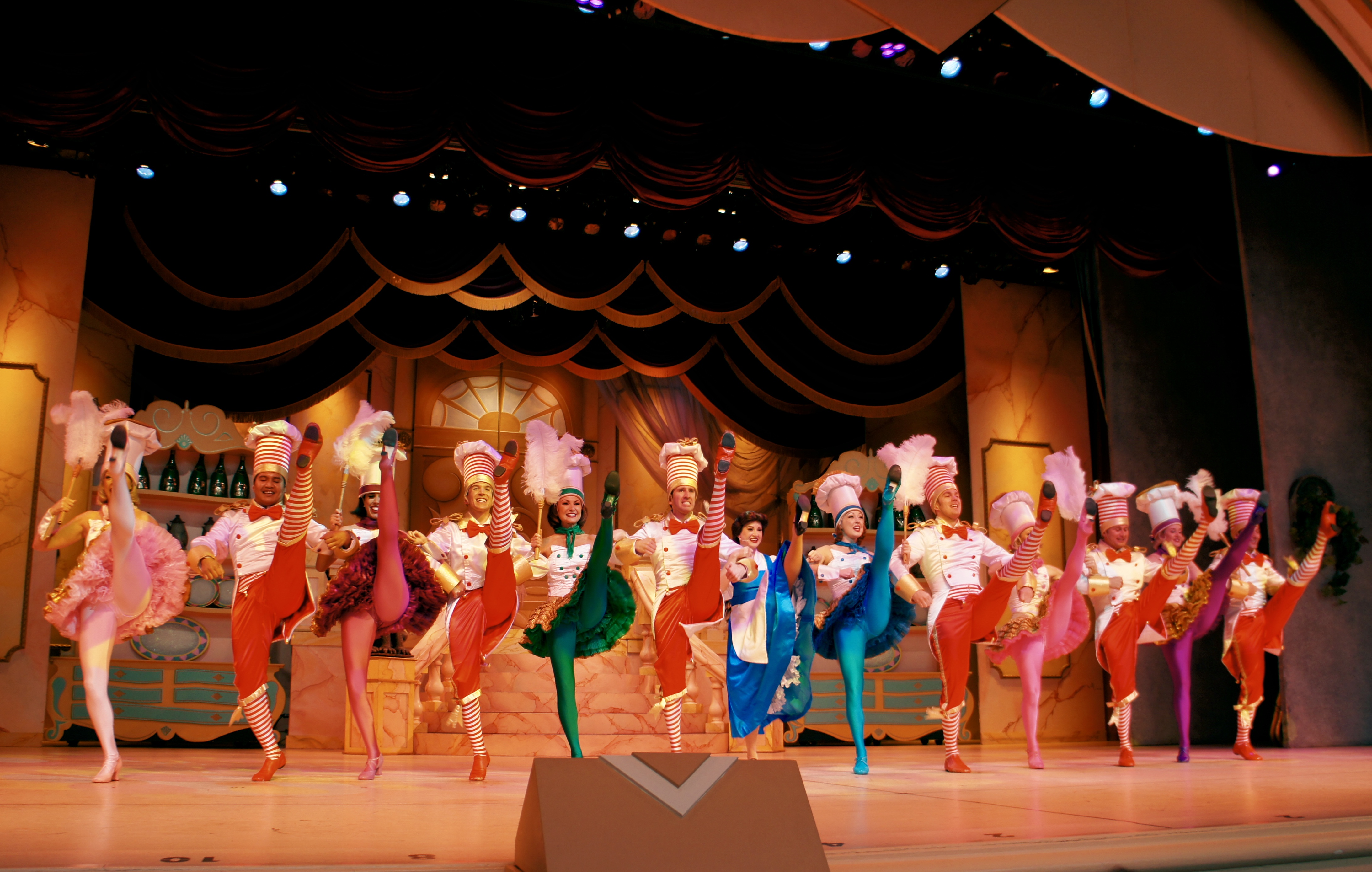 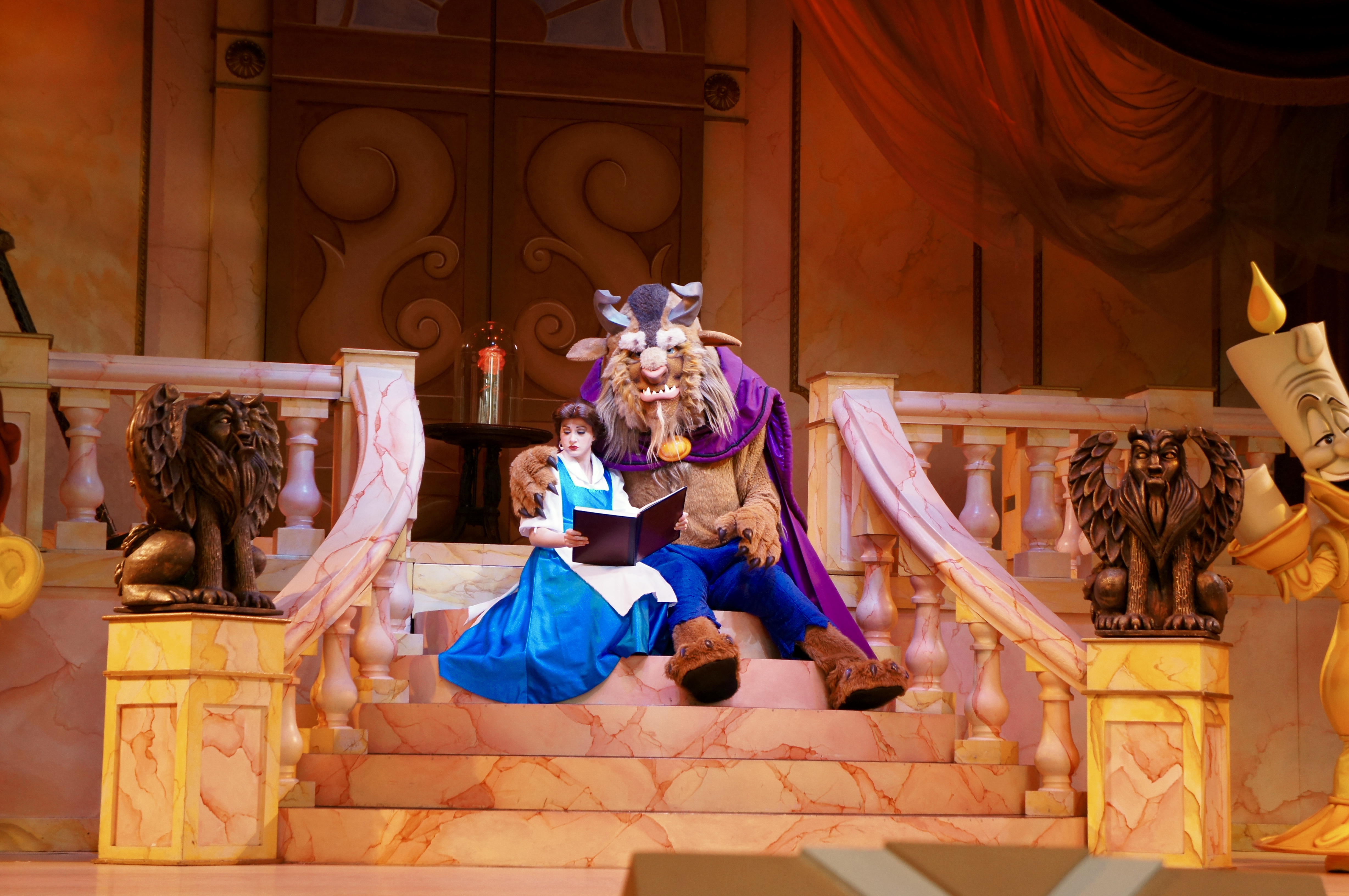 I’m pretty sure, ^ this was my favourite moment of the show, her face! Although the funniest thing was this lil pooch, every time Beast growled, the dog tried to get all up in Beasts grill, she was desperate to get on the stage at one point and had to be satisfied with a growl instead because her owner had begun to hold onto her collar “just in case” she told us. This doggie was NOT a fan of Beast at all! 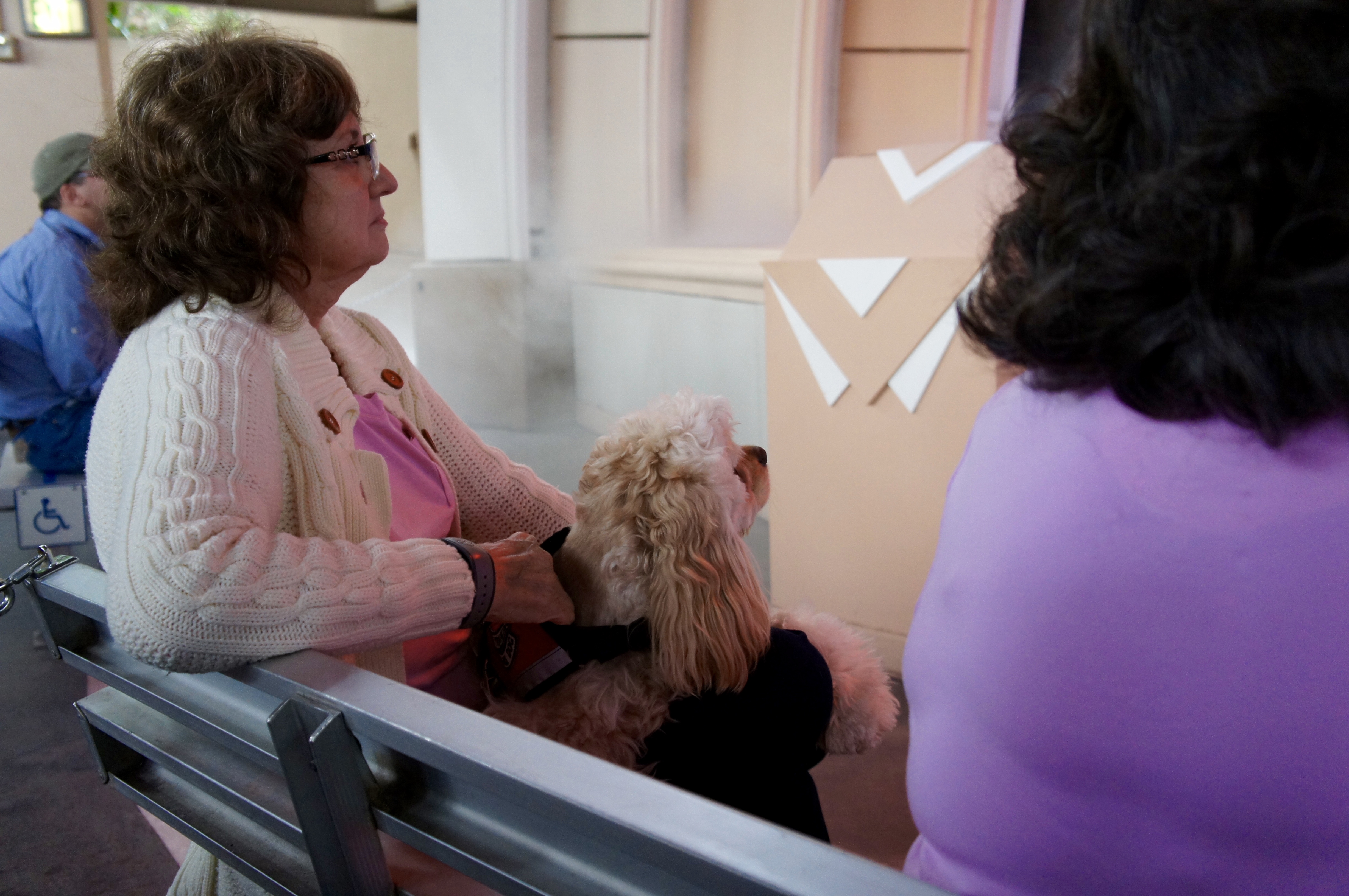 Gaston really stole the show, he was hysterical, Himself was in stitches 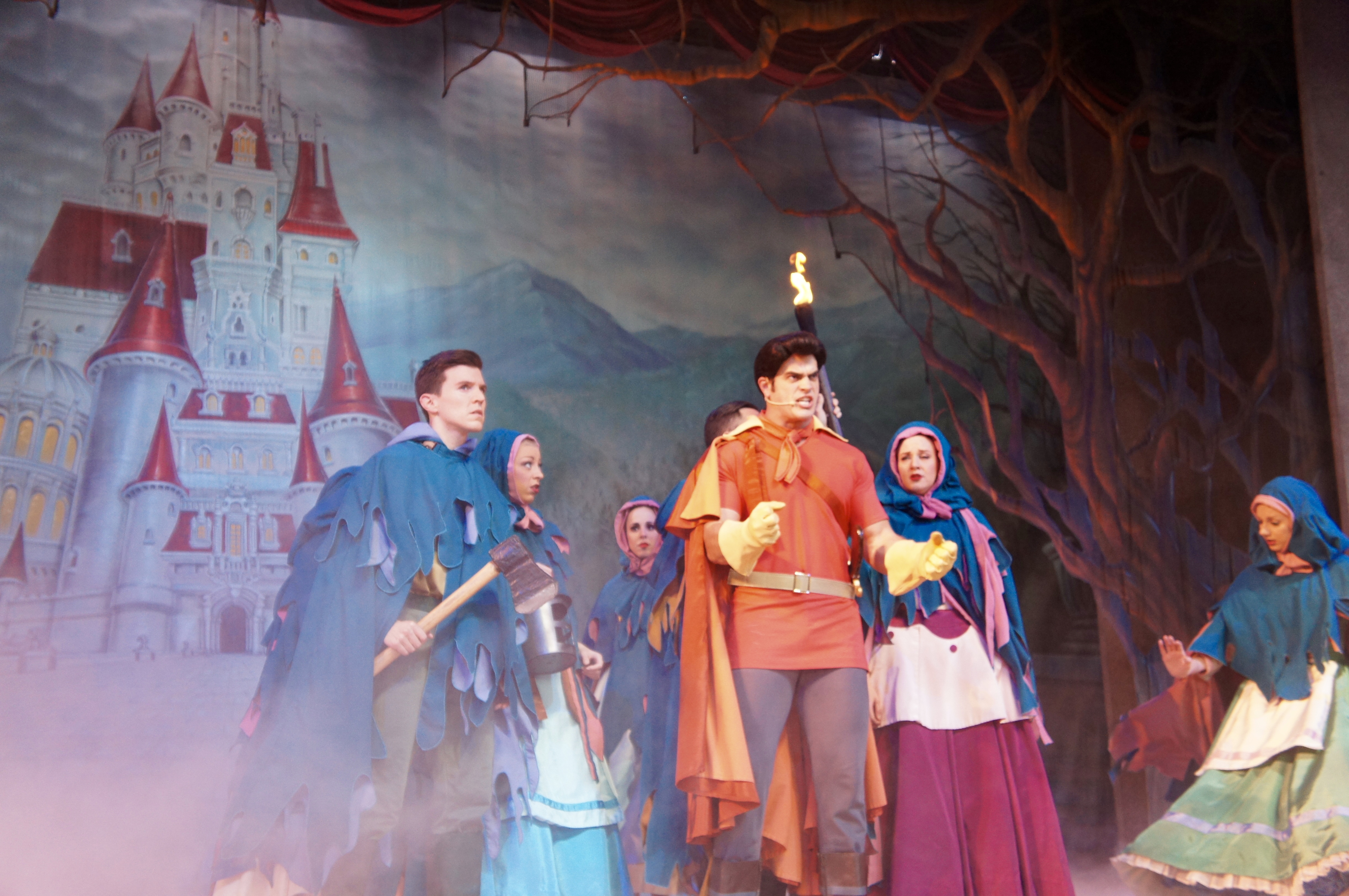 Finally, the gold dress came out – I do love that dress, but who doesn’t in fairness!?! 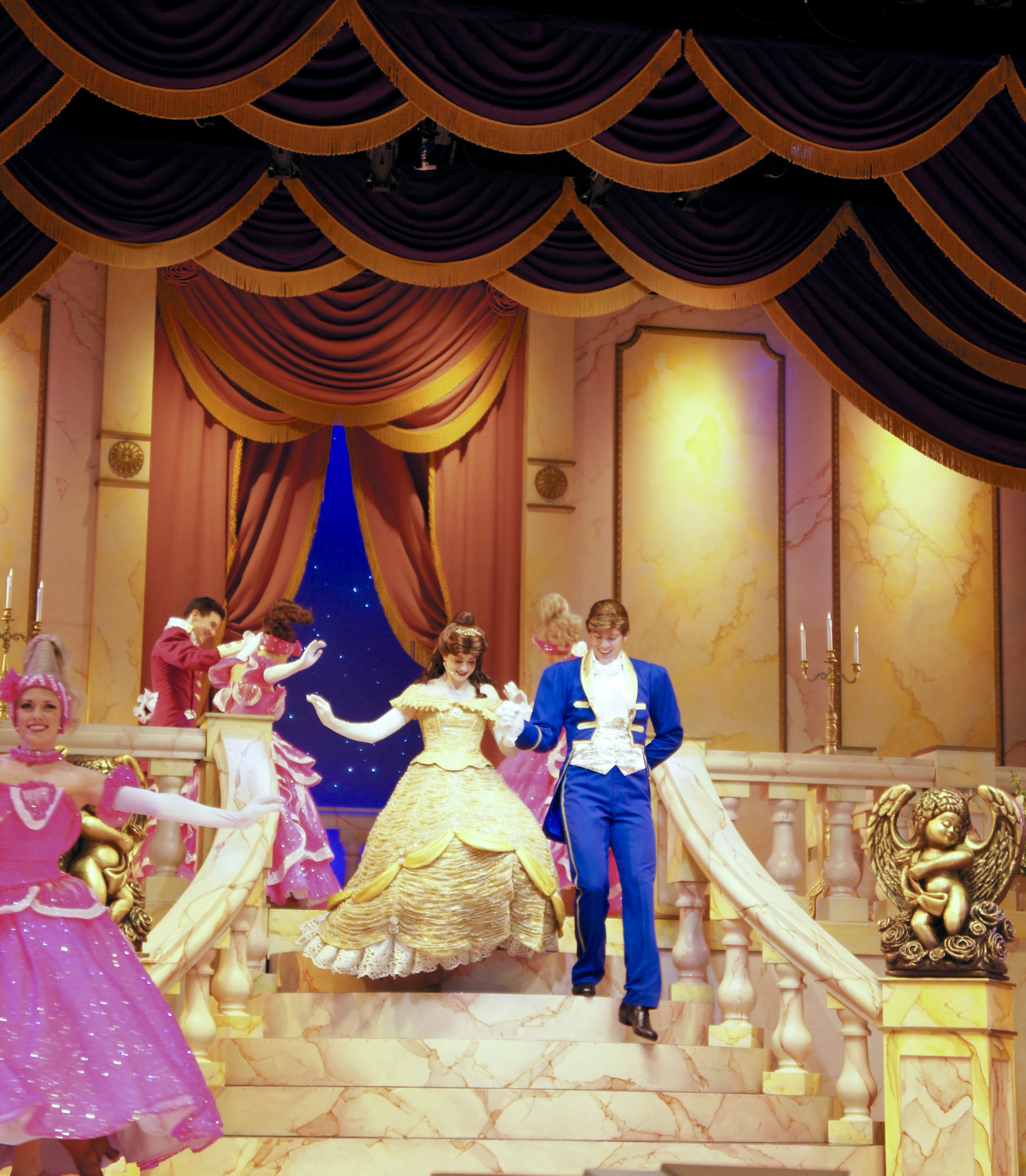 I cannot wait to see the new Beauty and the Beast film! What about you? 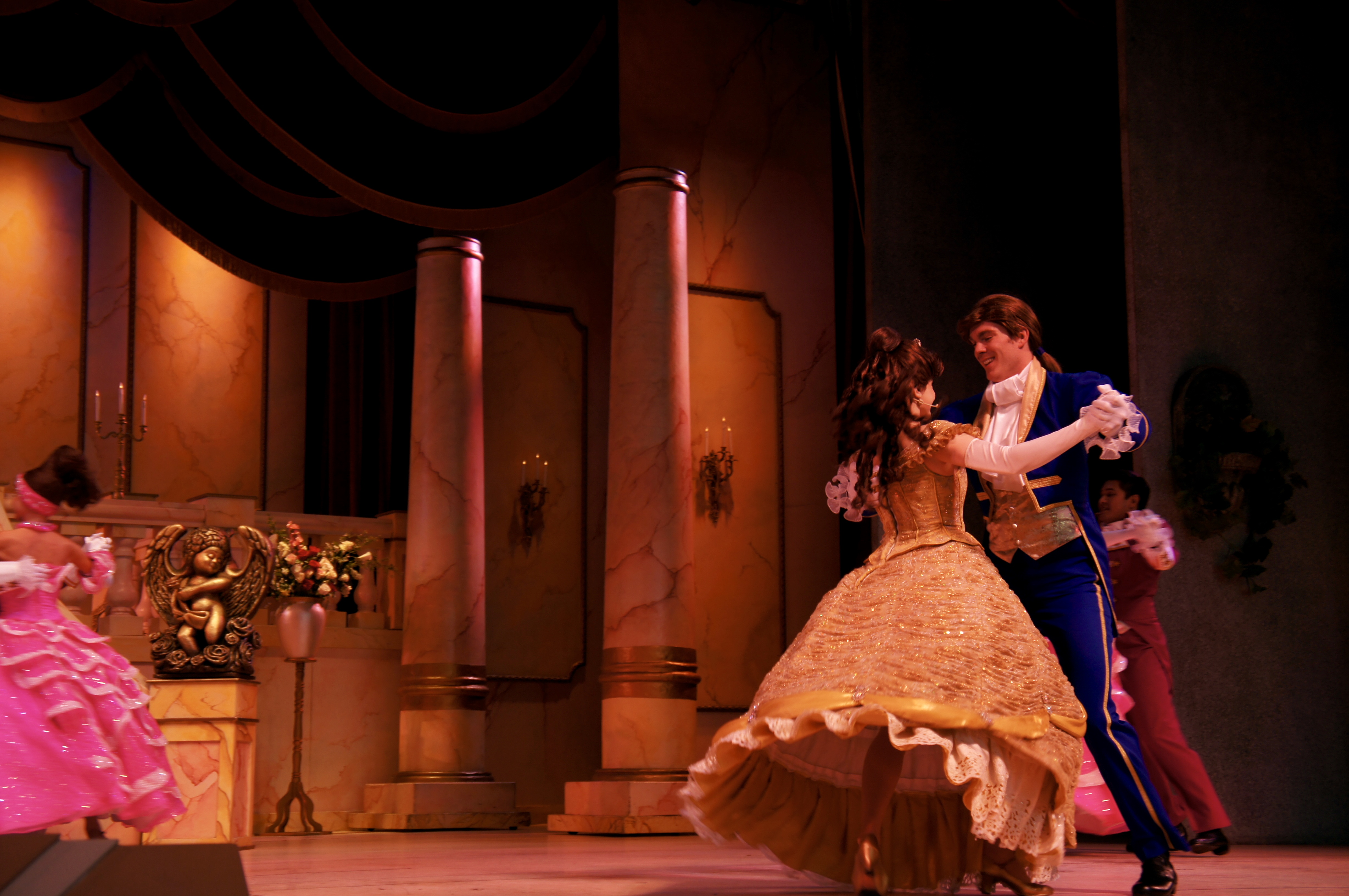 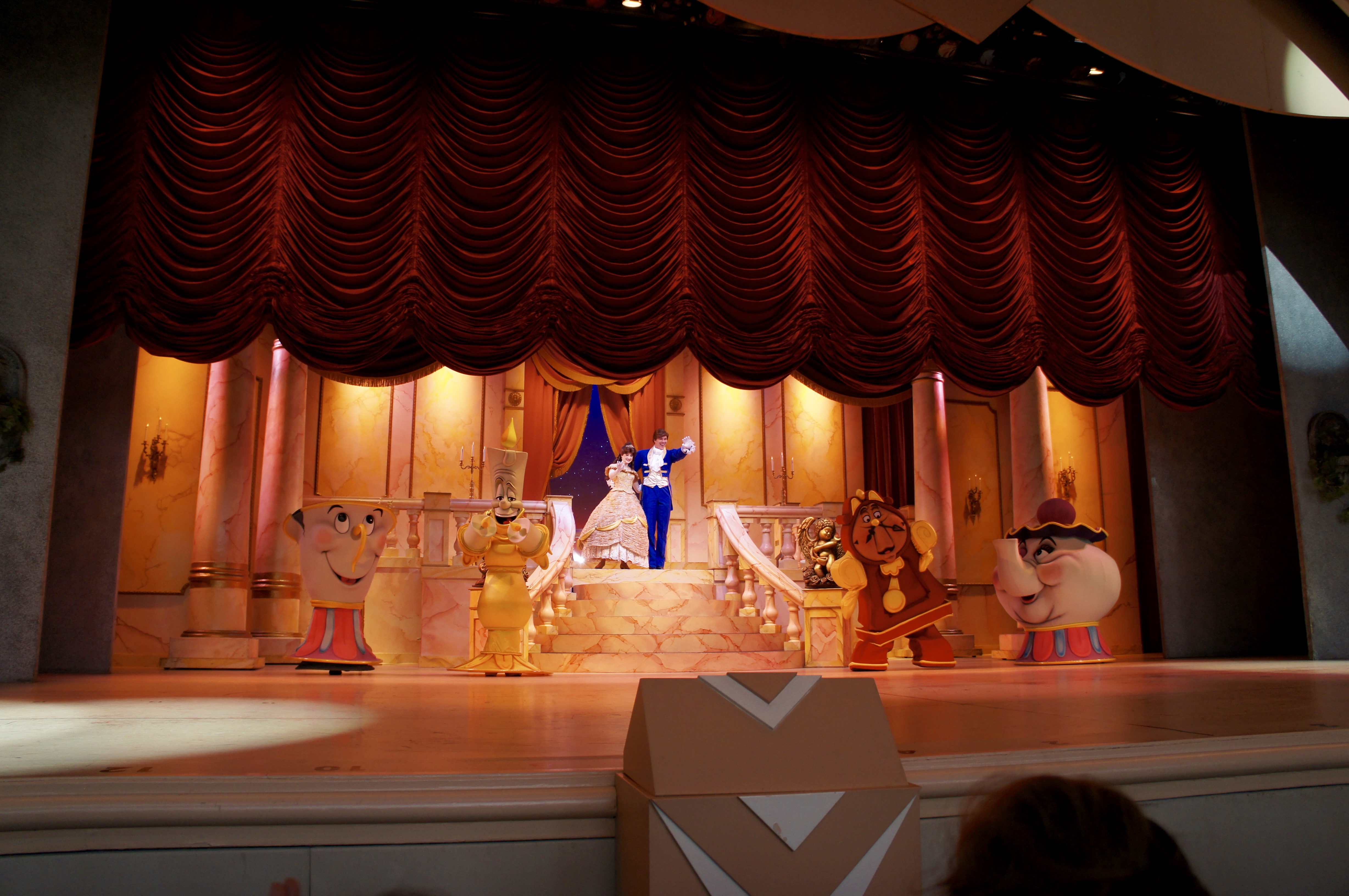 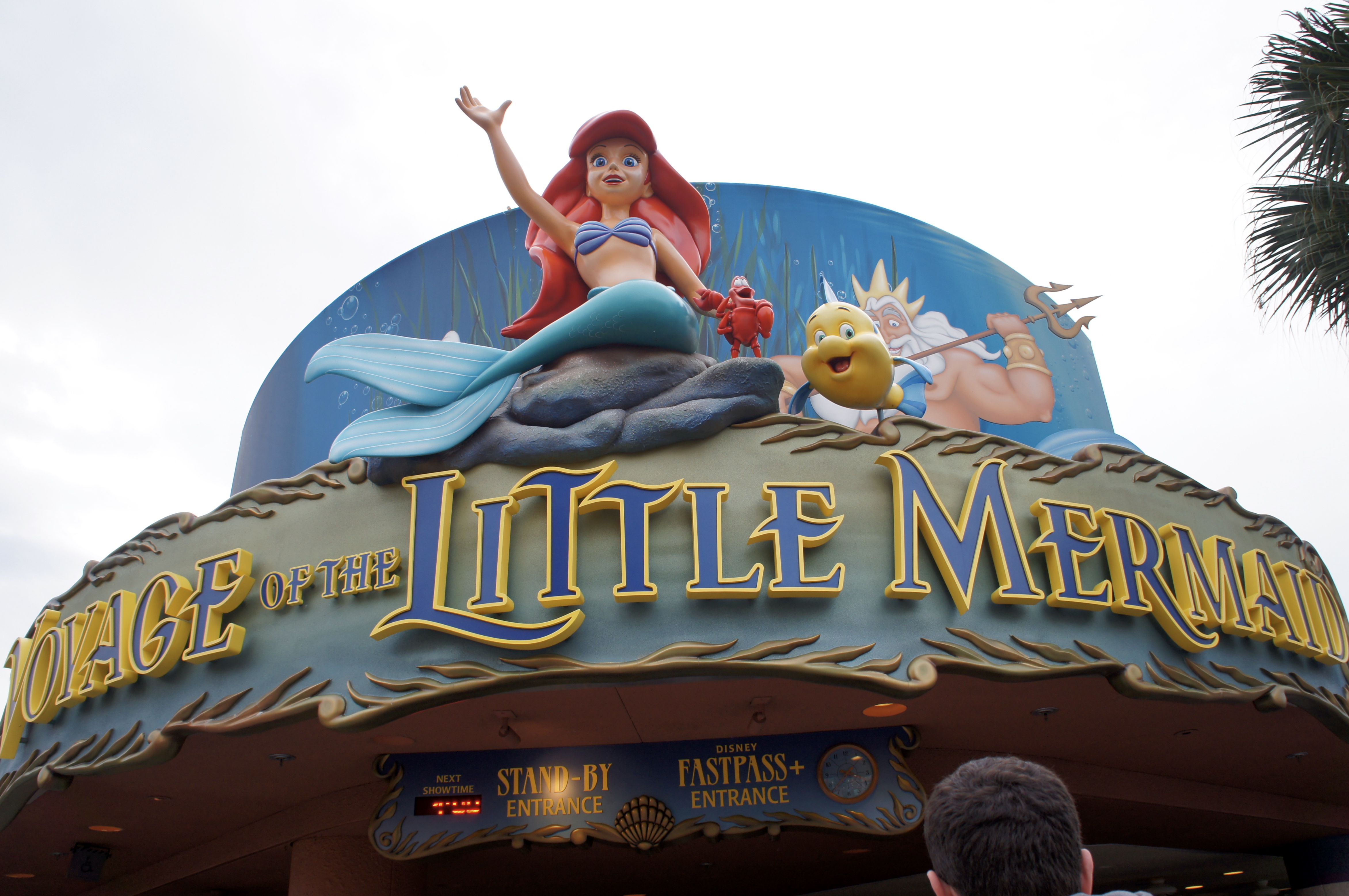 As this relied heavily on a dark stage, I didn’t take any shots during, but heres a snap of the stage before it began 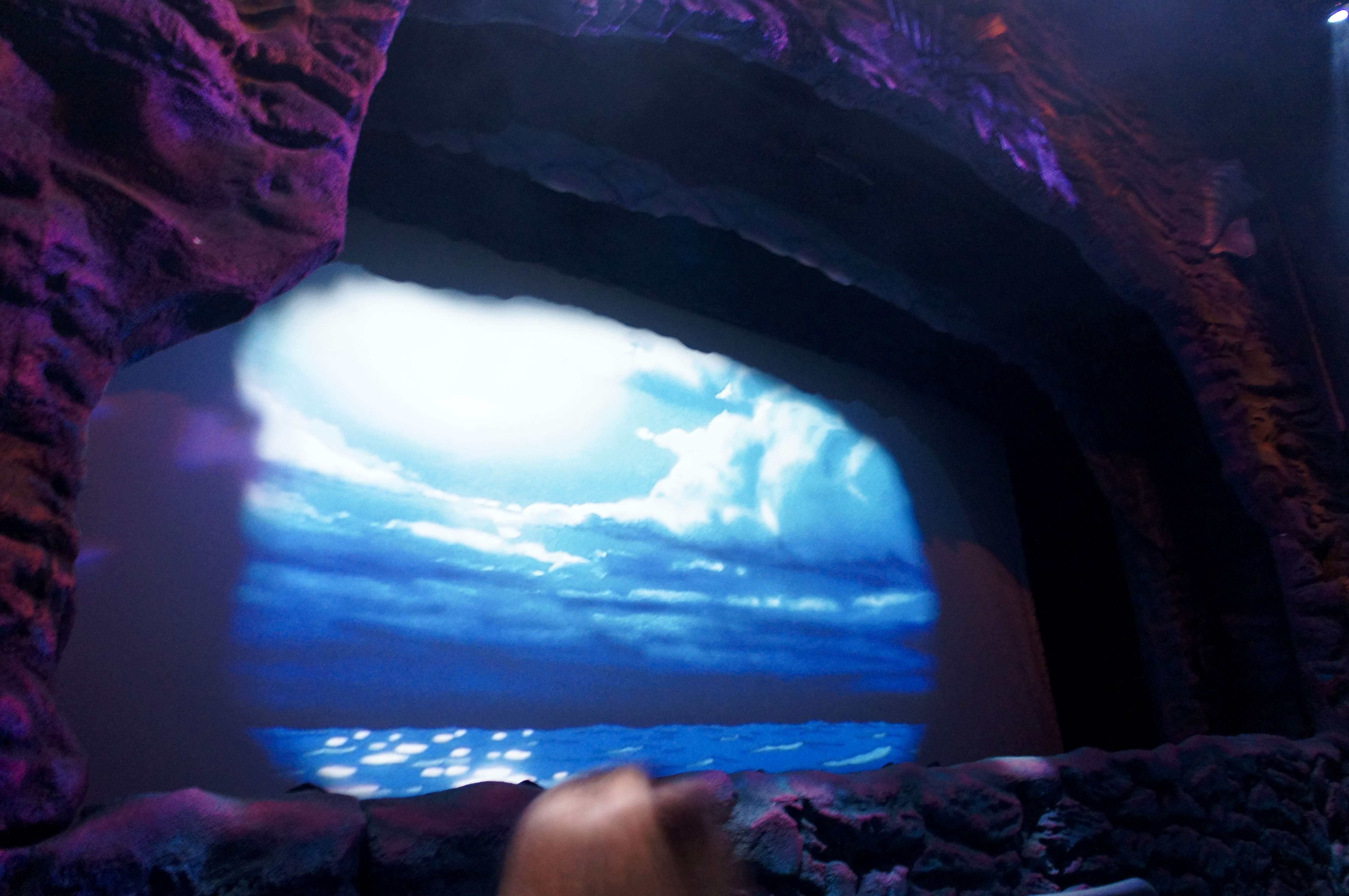 There were times where you really felt like you were in the bottom of the ocean, it was done so well, such an intelligent way to portray the swimming – definitely go see this one when you’re there! 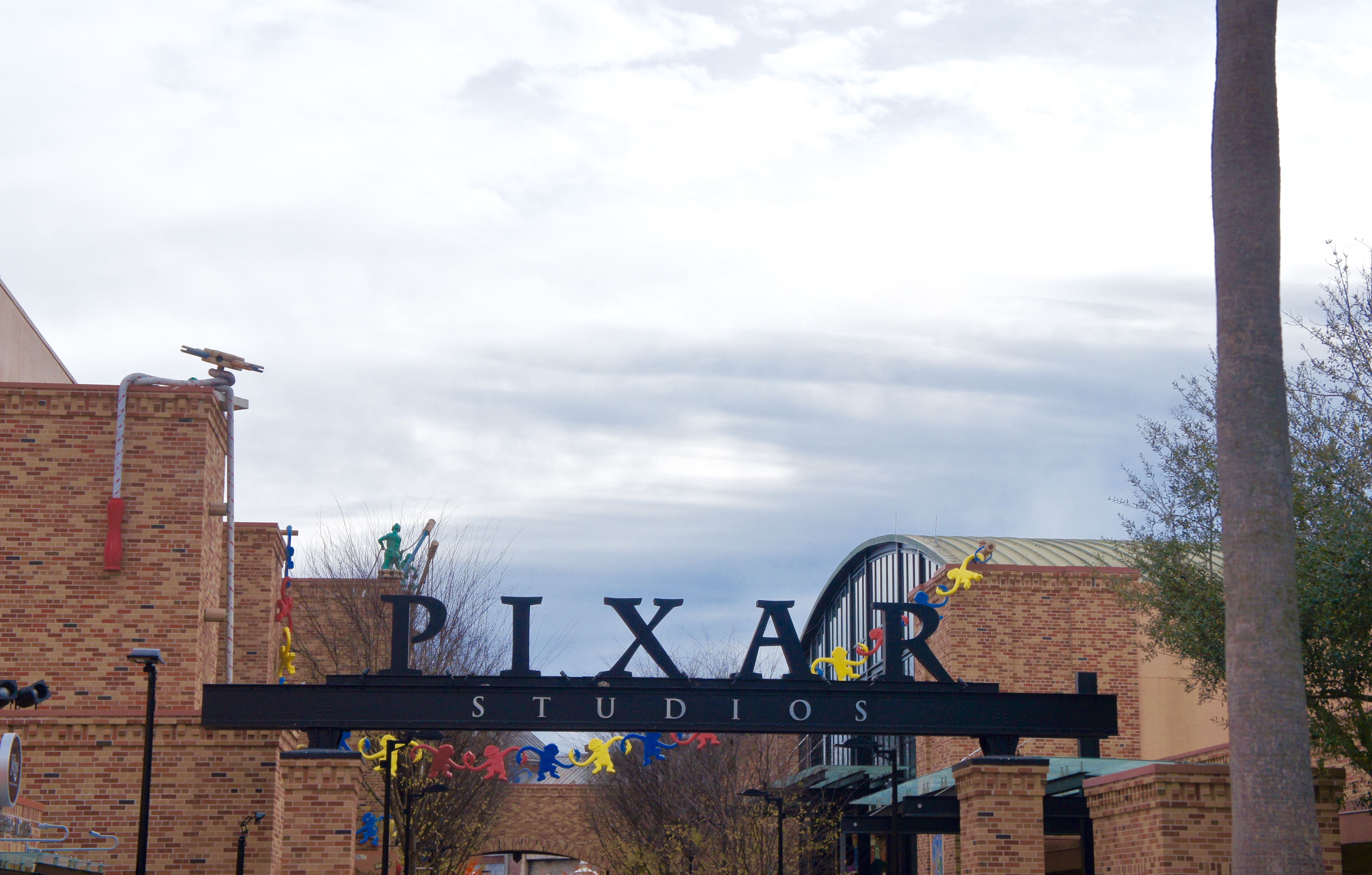 I think it’s safe to say we had a whale of a time in Hollywood Studios, but the studios weren’t done with us yet, they had one last character surprise, no sooner had I taken the above photo, when suddenly this soldier was at my shoulder 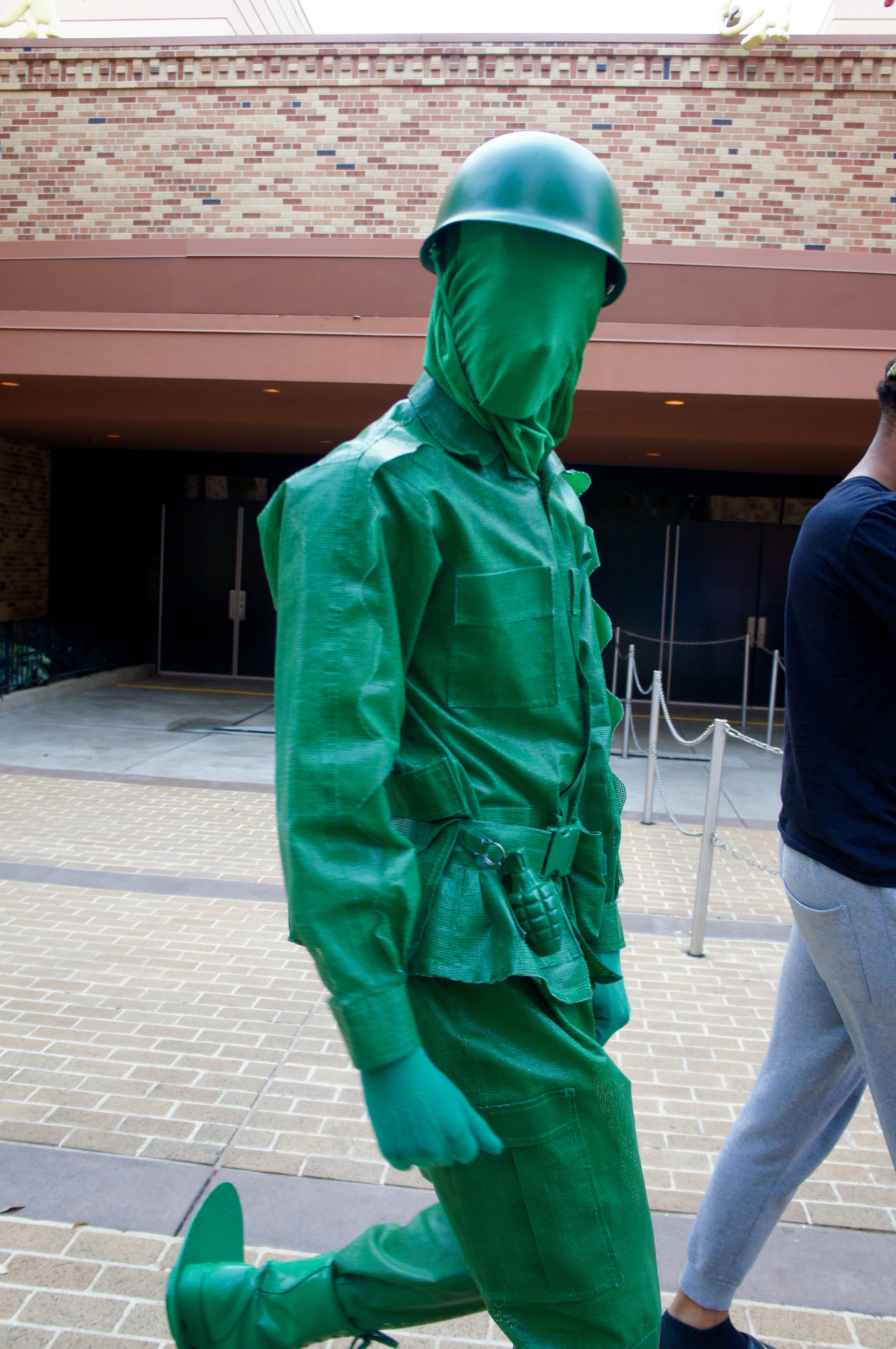