As a 14 year old, my parents brought my sister and I to Disney World. My parents, especially my Dad, LOVED Epcot, whereas I was bored and thought it was average at best. Oh how that opinion has changed… 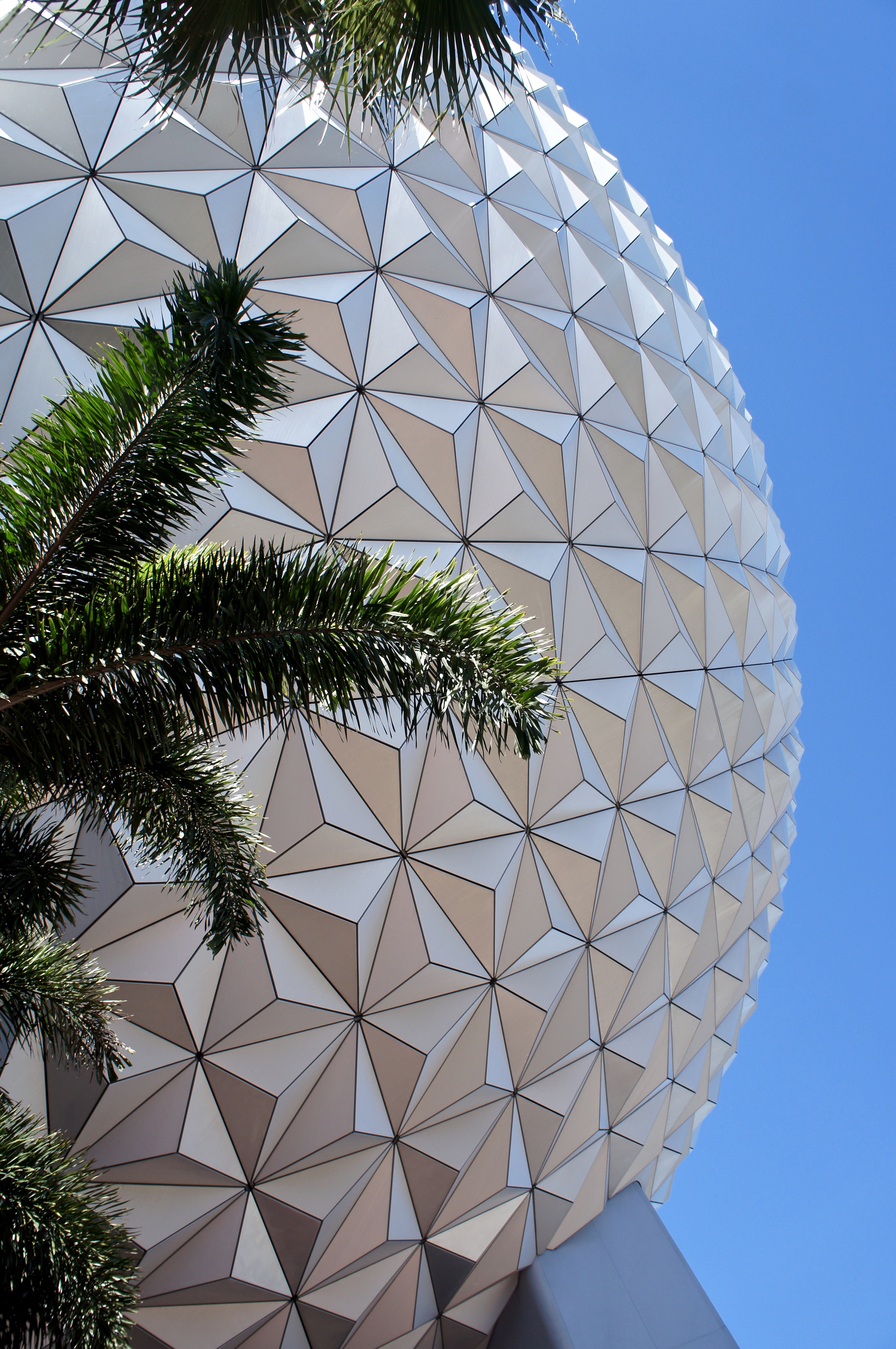 Before we’d even left the UK, I said I really wanted to get a pearl from the “Pick-a-Pearl” station. When I was first in Walt Disney World with my family, we found it in Animal Kingdom. My Dad bought a pearl each for my sister, my mom and myself (cause he’s a good egg like that!). We loved the experience and I had heard that they had since expanded, so I really wanted to give it another go!

After a confusing few moments in Animal Kingdom on our first day, I was told by staff that the Pick-A-Pearl station had now moved to Epcot, so whilst we didn’t make a beeline for it first thing on our Epcot day, we definitely had it in mind.

Barely in the park 10mins and I discovered that Baymax was at one of the meet’n’greet points. I LOVED Big Hero 6, so I was prepared to wait to get the chance to meet him 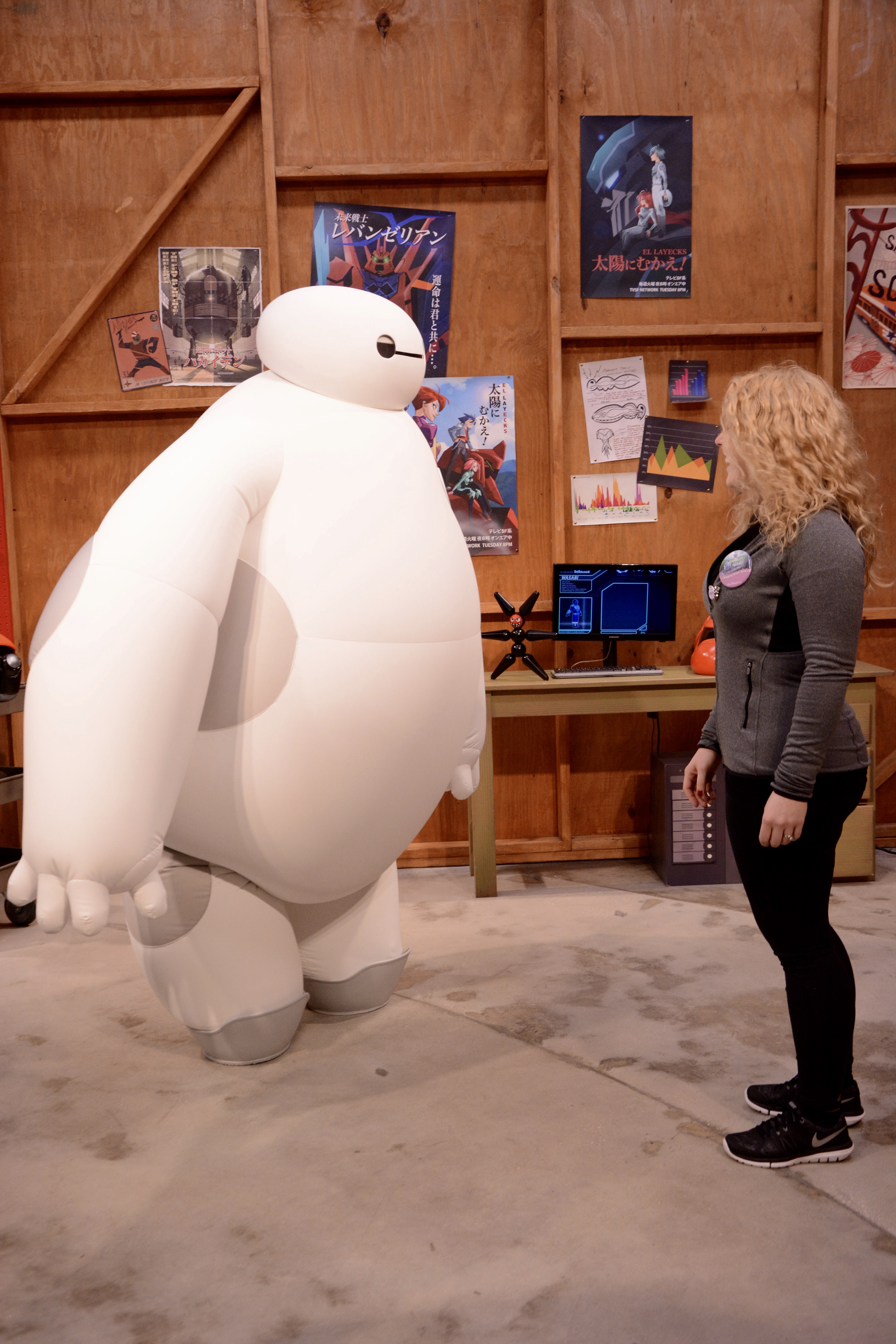 It didn’t take long and when it was our turn, I was so ridiculously excited. No child in that room had as big a smile as I did! Himself decided to be all cool and go for the iconic fist bump “fa, la, la, la, la, la, la”, moment (if you haven’t seen the movie, whack it at the top of your to do list!) 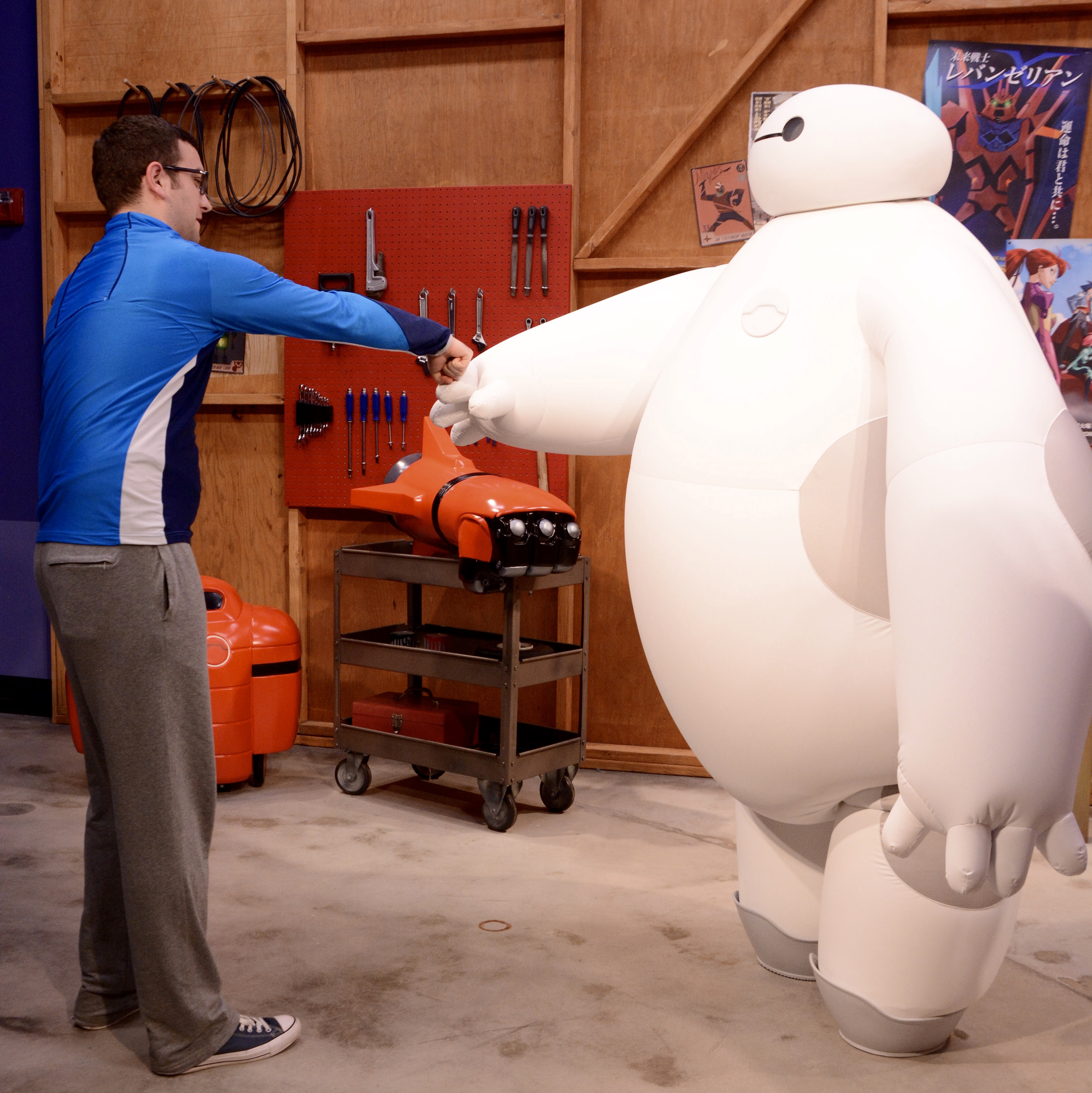 As for me, I settled for one of the best hugs ever 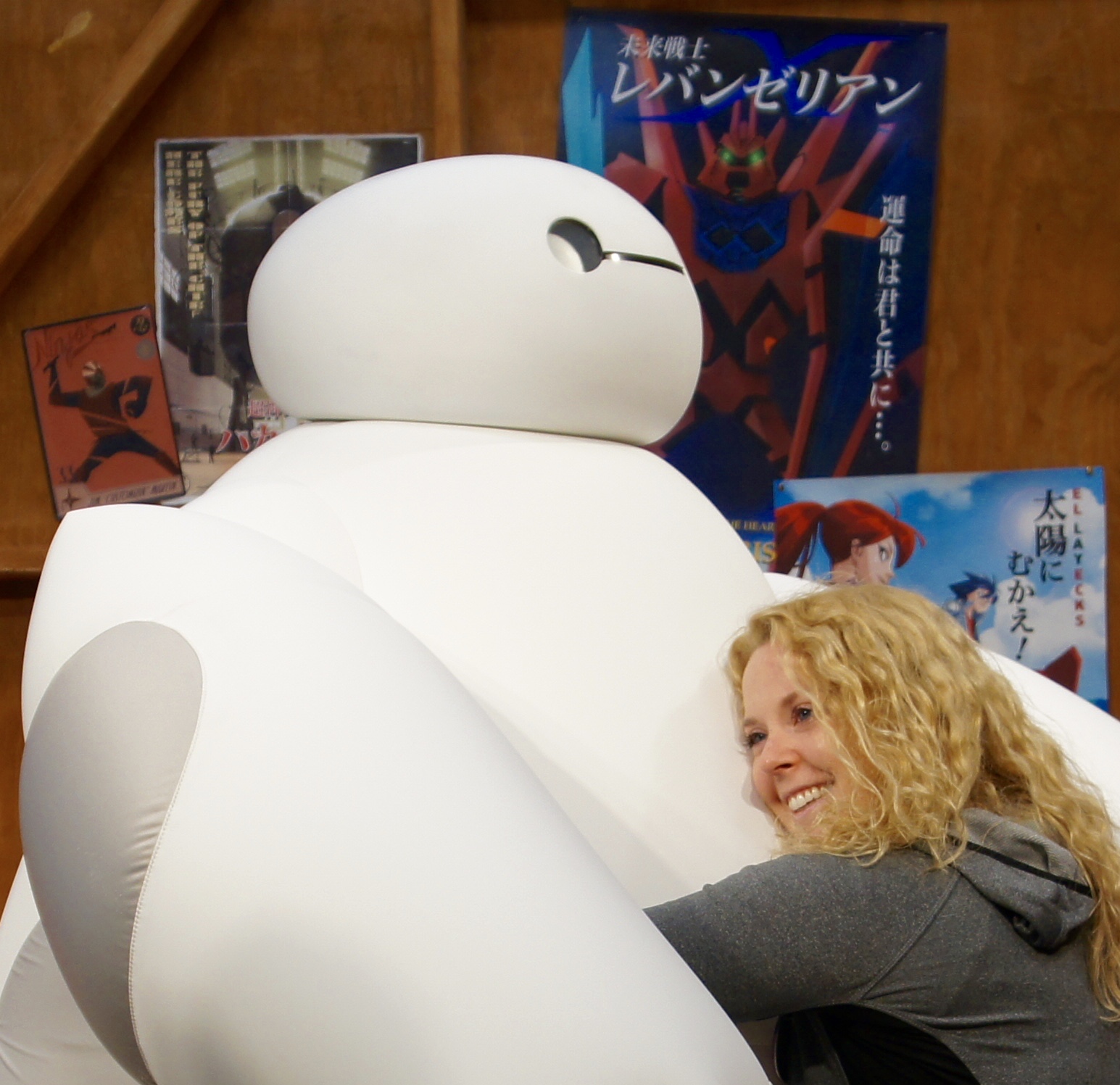 ^ this is what Disney does, sheer JOY!

We’ve always loved Pixar shorts, so the 18min 4D “short film festival experience”, was a definite highlight for us 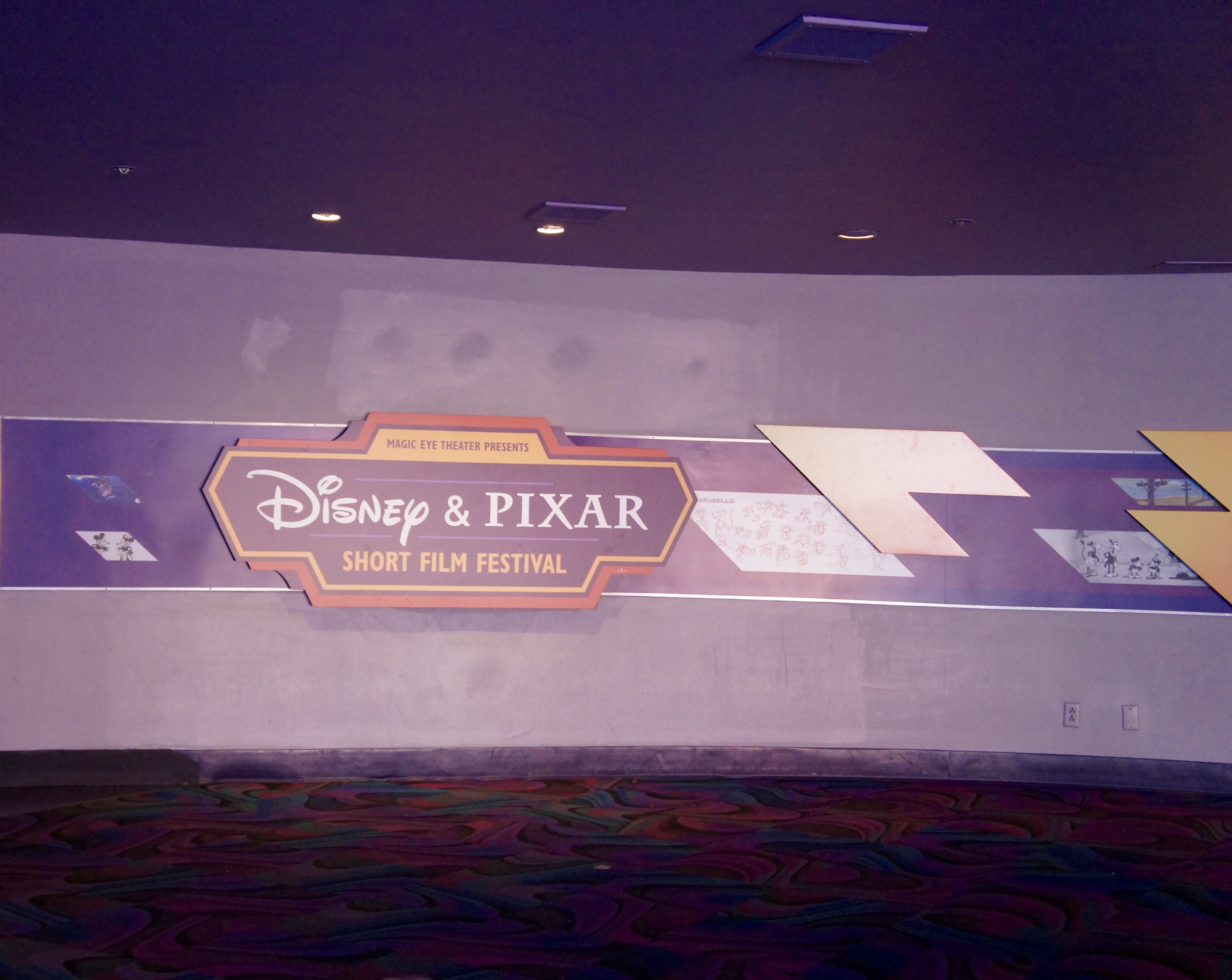 We meandered our way out and found ourselves at the beginning of the World Showcase, we walked through Canada, the UK (that was weird) and I could see Japan! 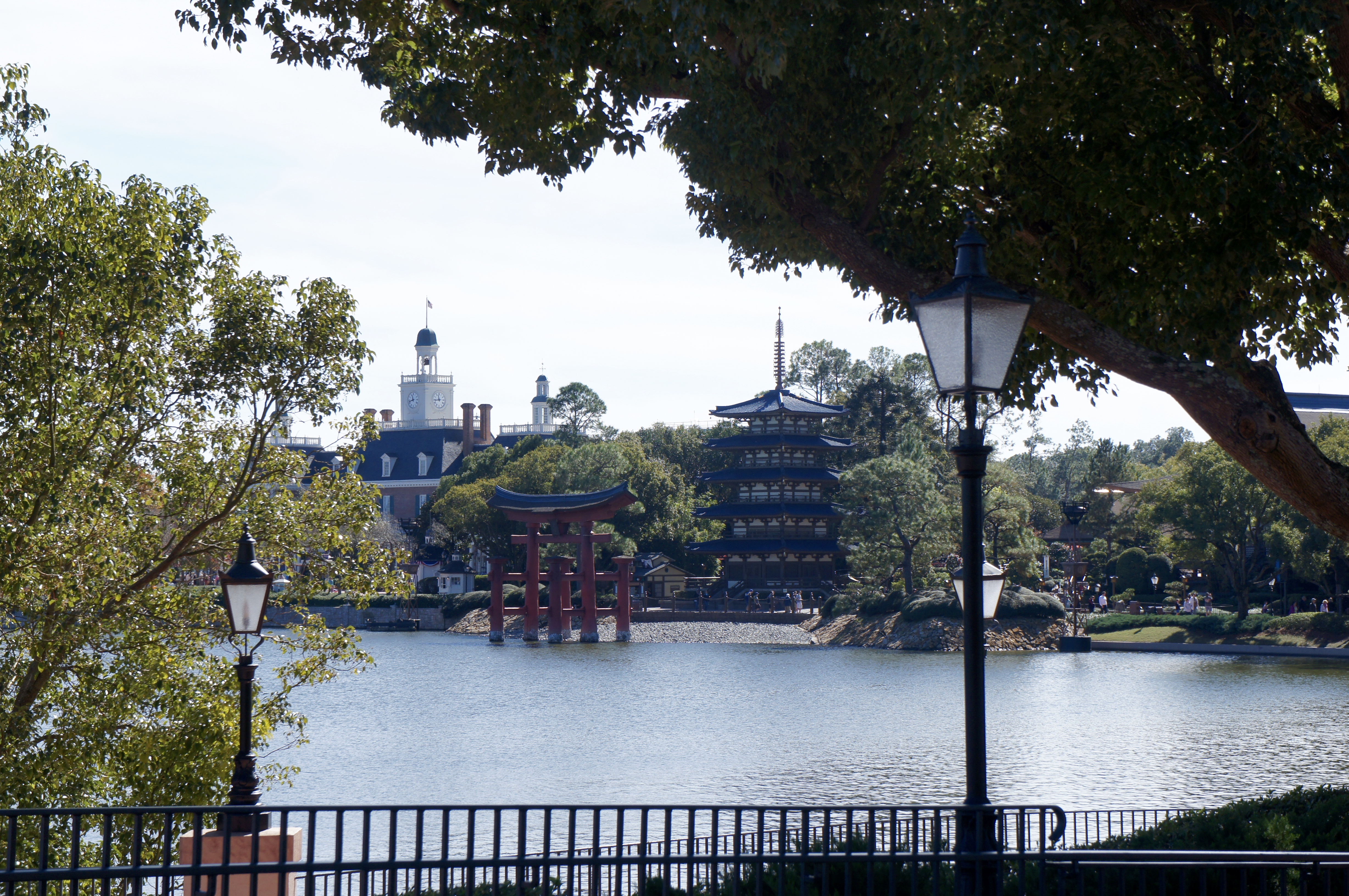 But only from across the lake. First, we’d be heading into France 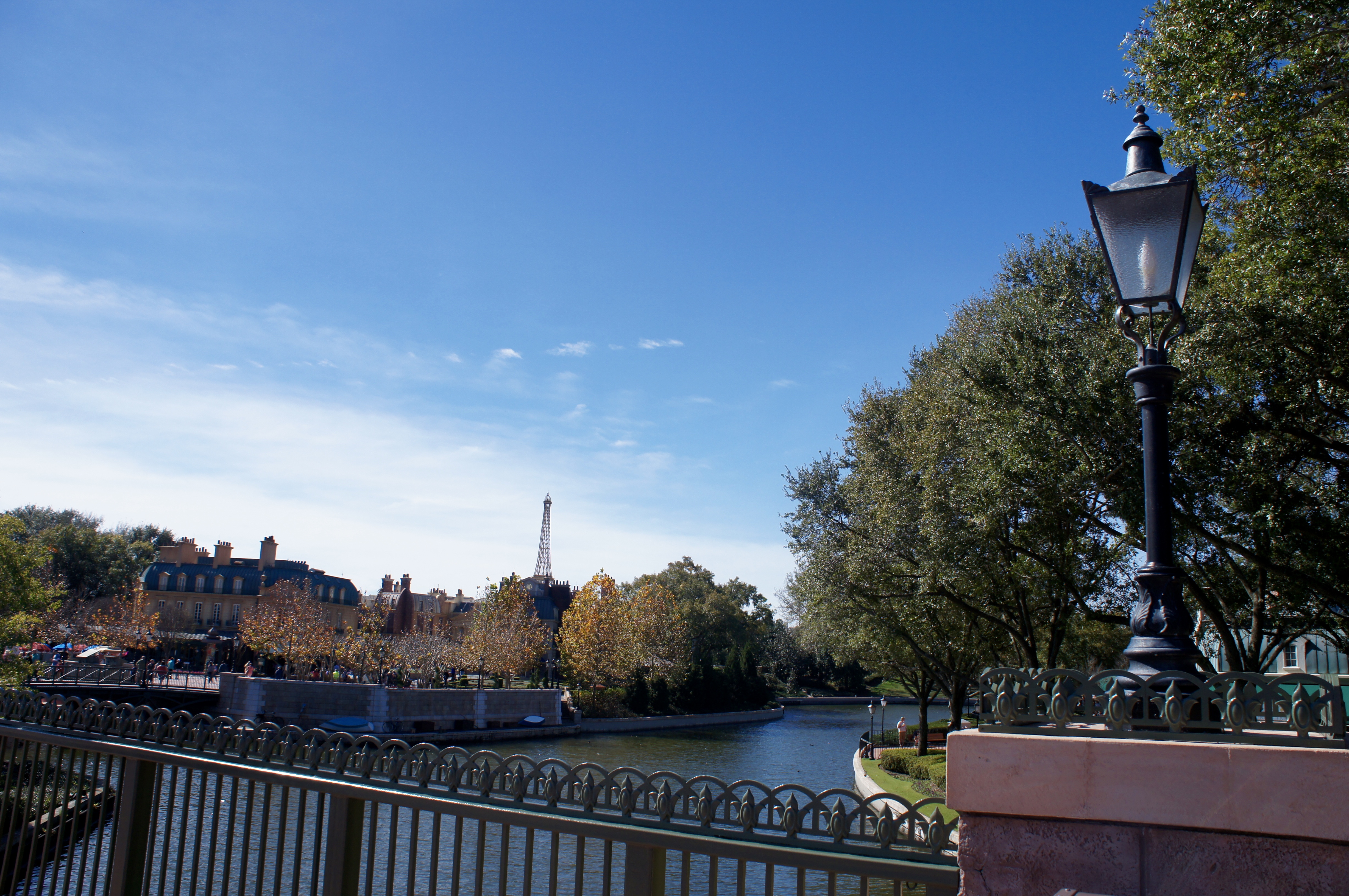 Little tip for you, don’t waste your time looking to stand at the bottom of the “Eiffel Tower”, this is the only piece in Epcot that isn’t reachable by guests! 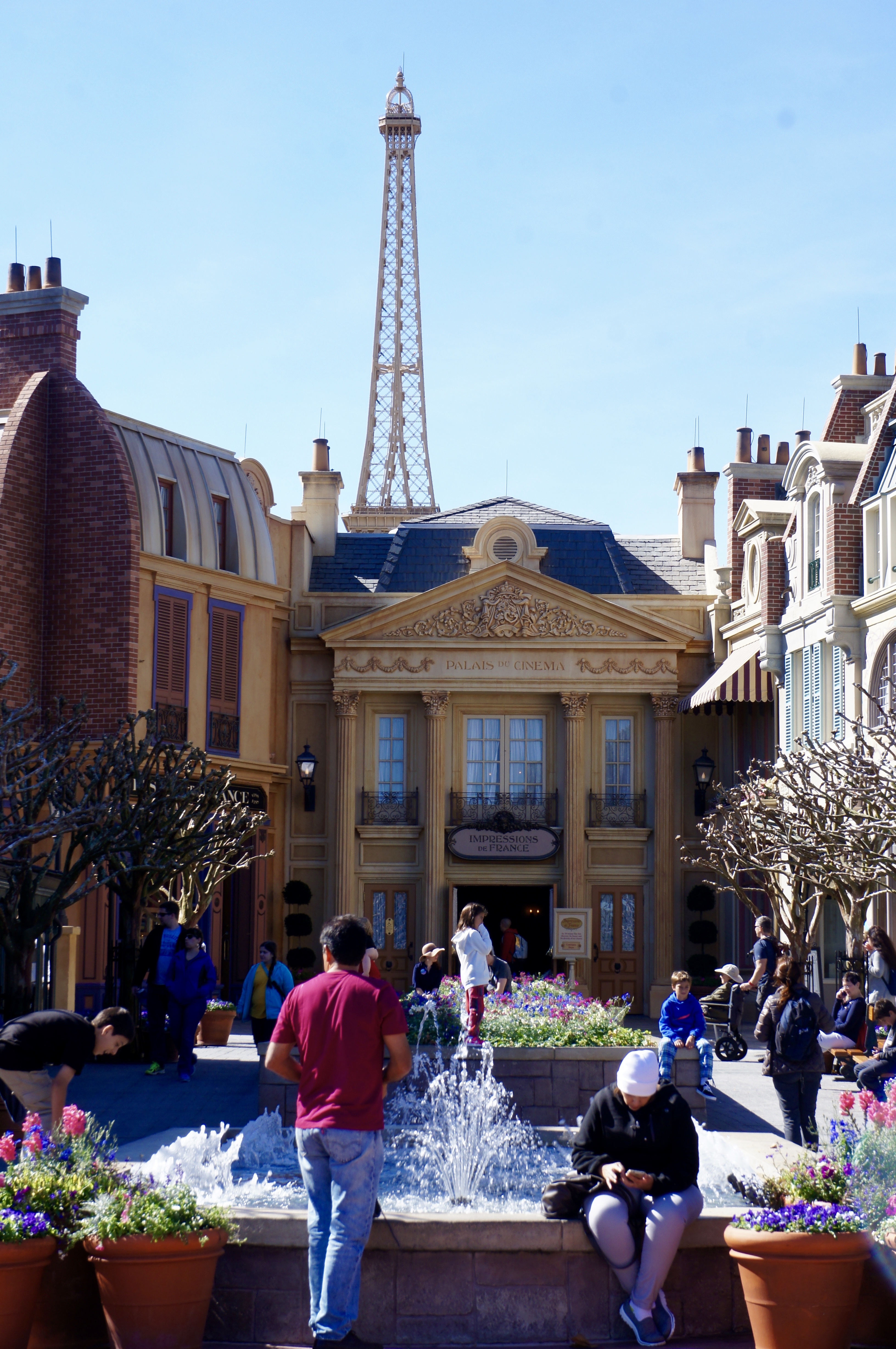 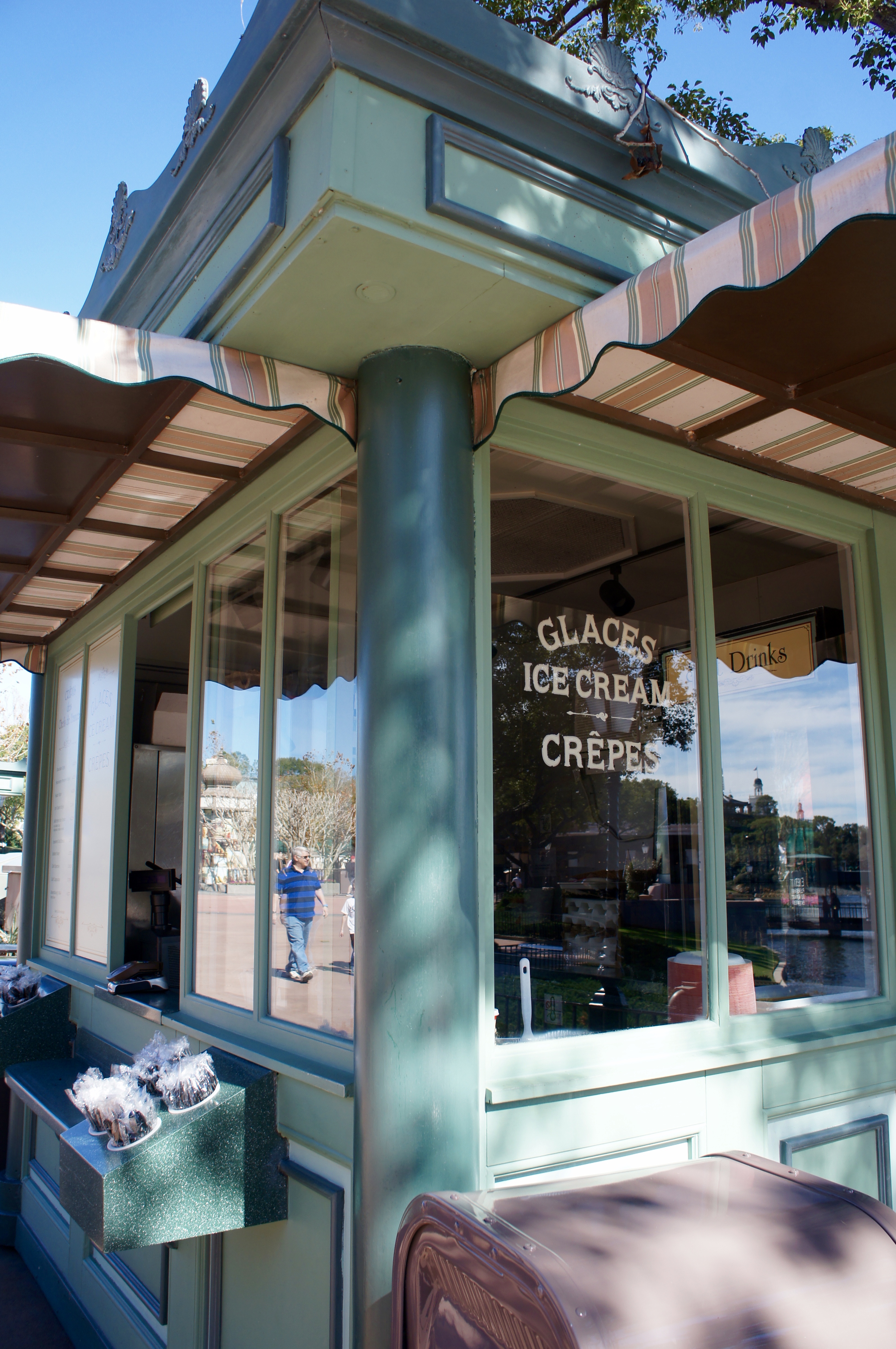 Sitting by the bridge, with the lake behind us, we contentedly shared our crepe whilst listening to the perfectly french music that was playing through various hidden speakers all around us 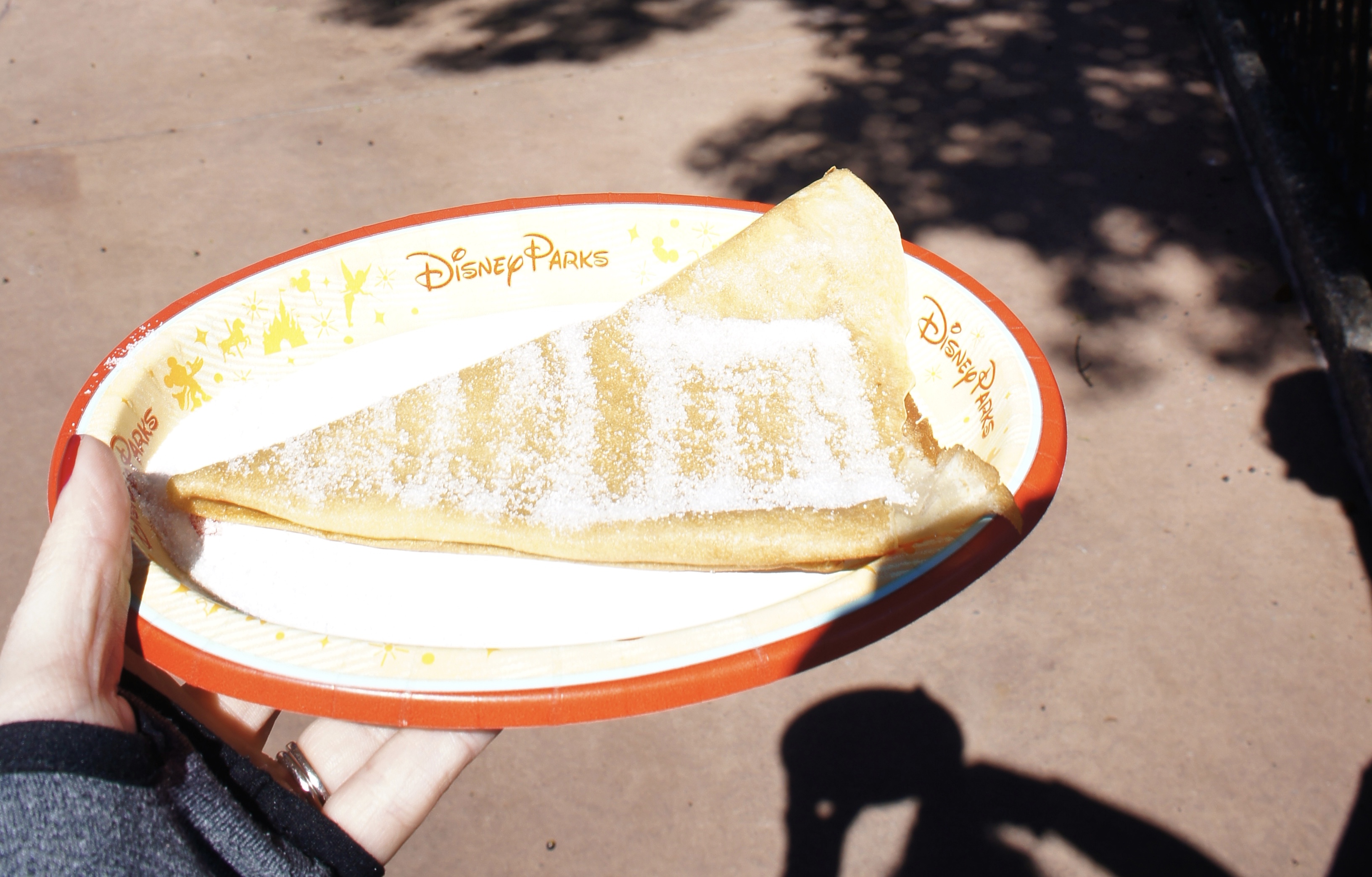 With no more stops allowed, I was locked into getting us to Japan and after barrelling through Morocco, we were there! 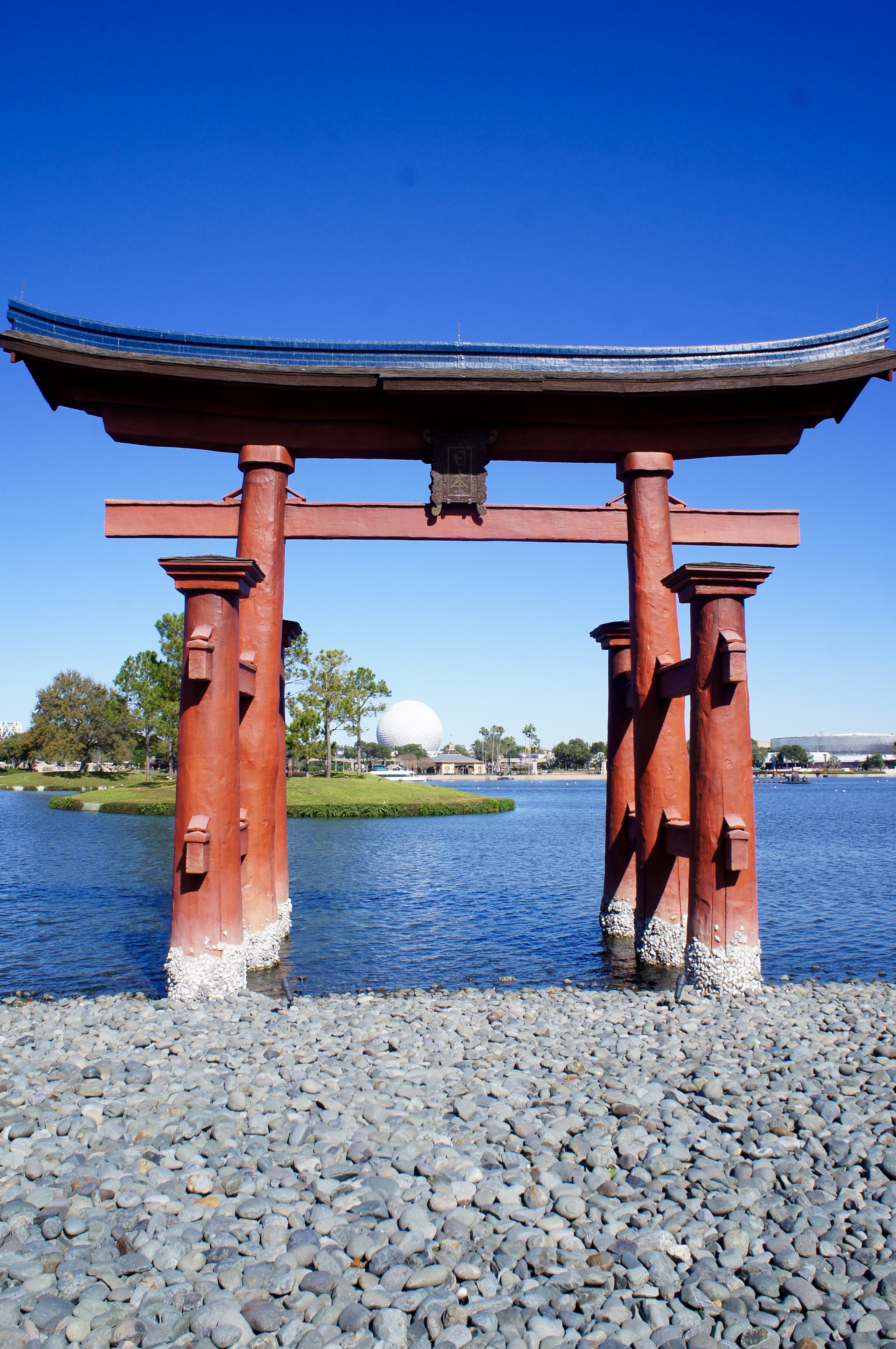 Across the lake, China’s brightly coloured buildings were calling to us, but they would have to wait, I had a pearl to purchase! 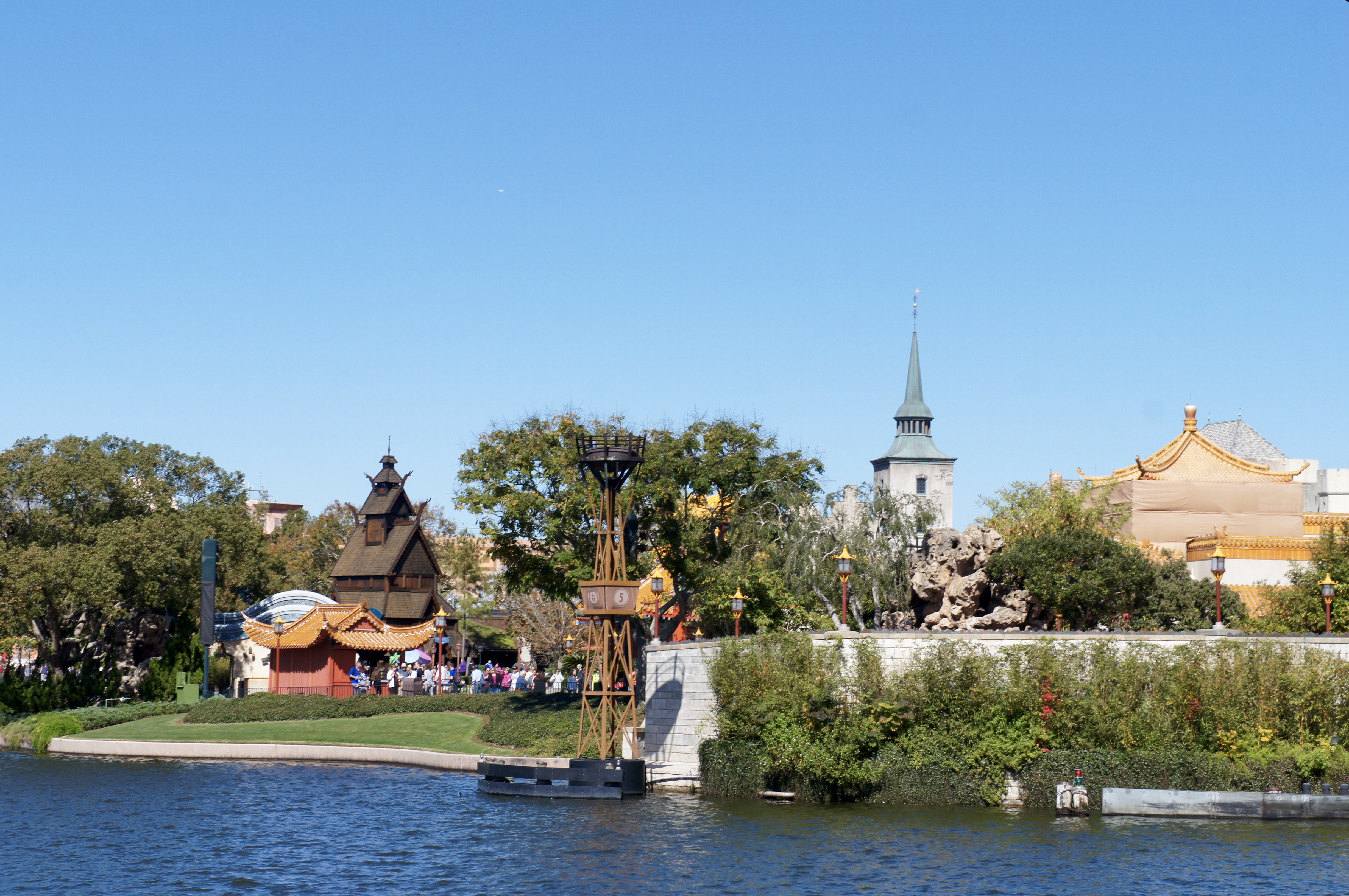 Pick-A-Pearl is located in the Japan pavilion, at the Mitsukoshi store (just below Teppan Edo). Once inside, we paid for one “go” ($17 including tax) and then we moved over to the main station across the store. 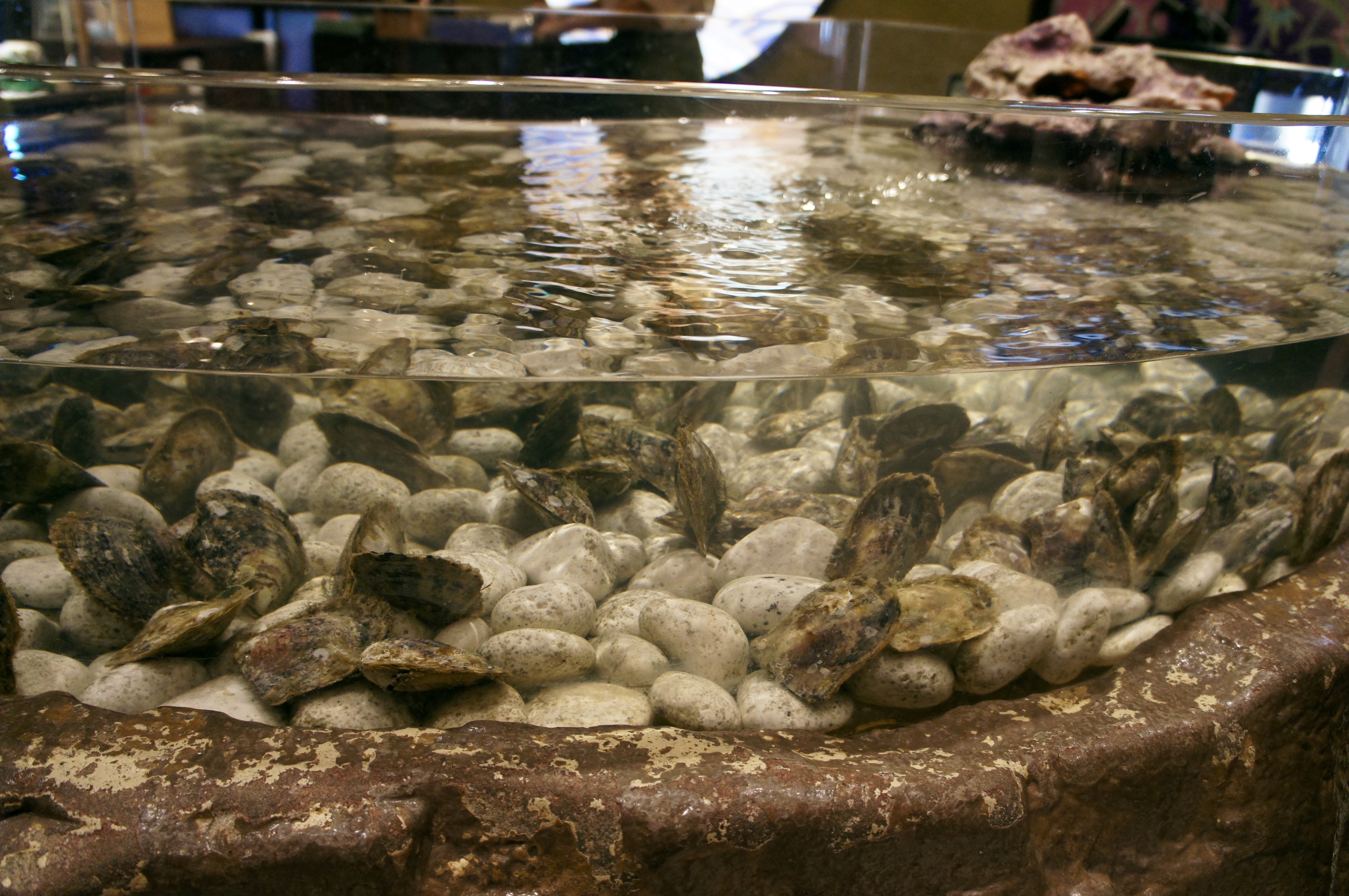 My ticket number was called and with the certainty of an eagles eye, I picked and pointed out the oyster I wanted, “you sureeeee?” one cast member keened, I was. 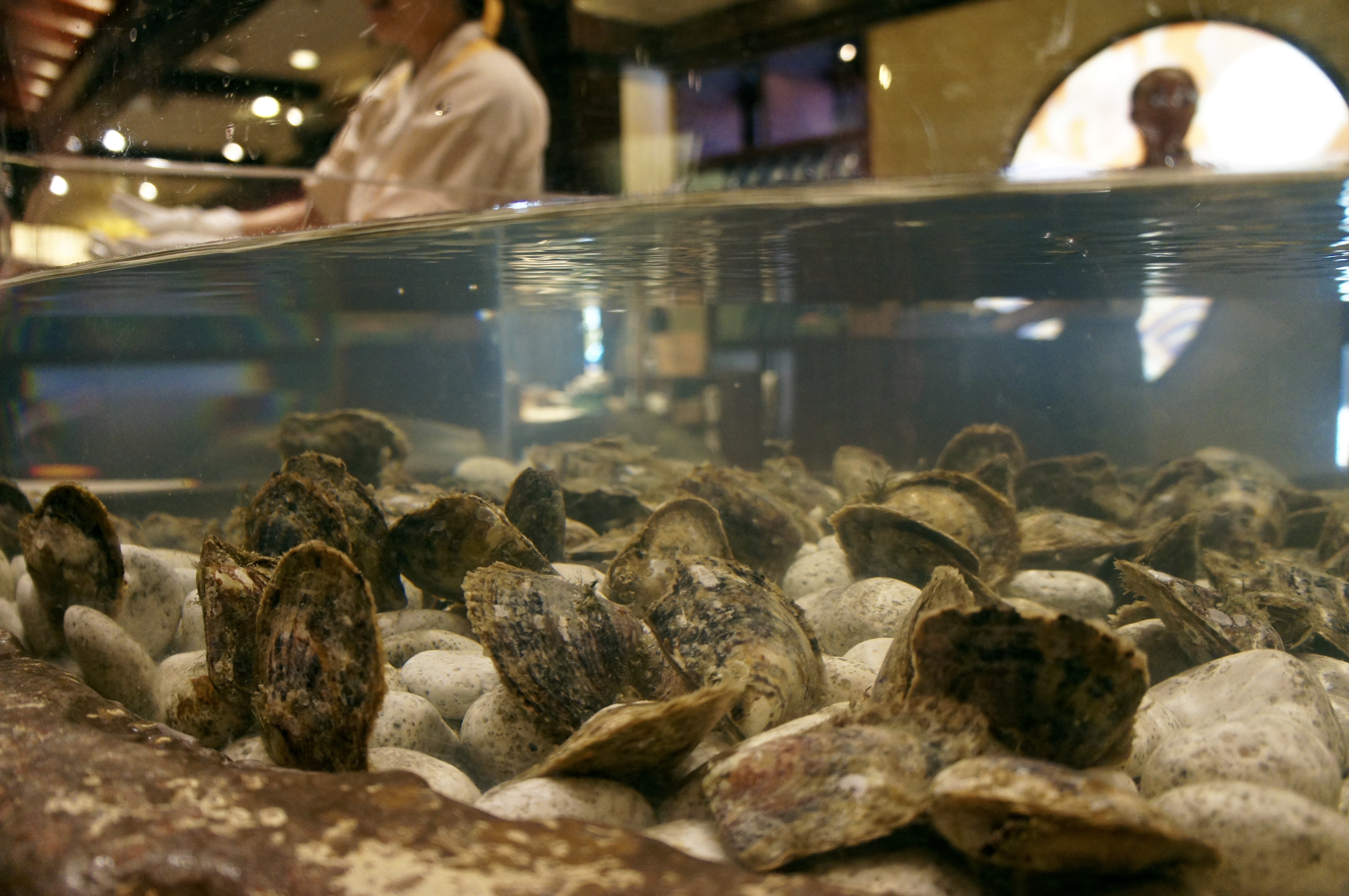 With a swift nod from me, she said “OK!” and was off! Talk about a spectacle, there were two other female cast members with her, who hollered and chanted and clacked sticks together while she (with the use of tongs) pulled out the oyster shell that I had chosen. 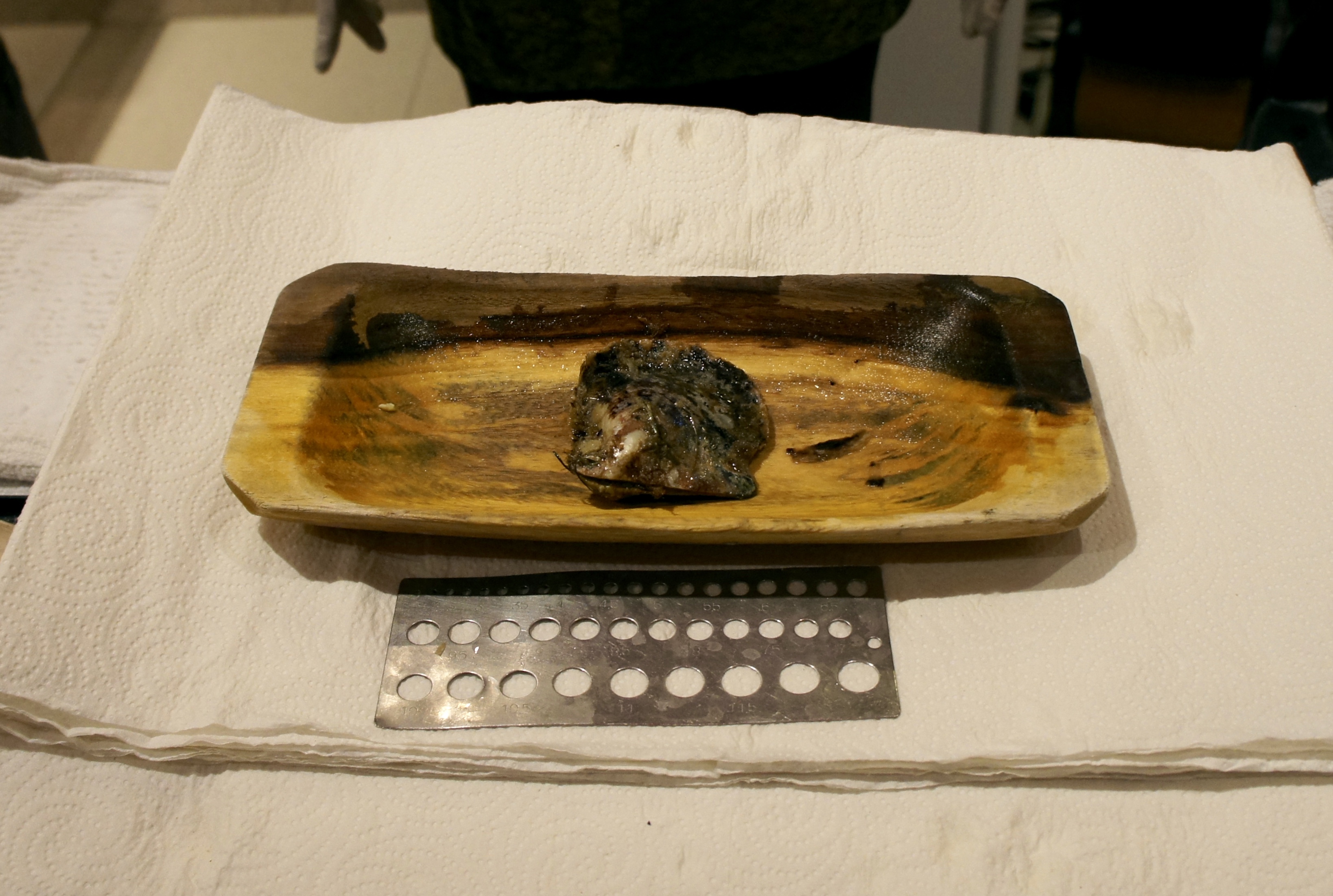 I was taught to count in Japanese and after saying “San, Ni, Ichi!” (3, 2, 1) the oyster was cracked open and the pearl discovered 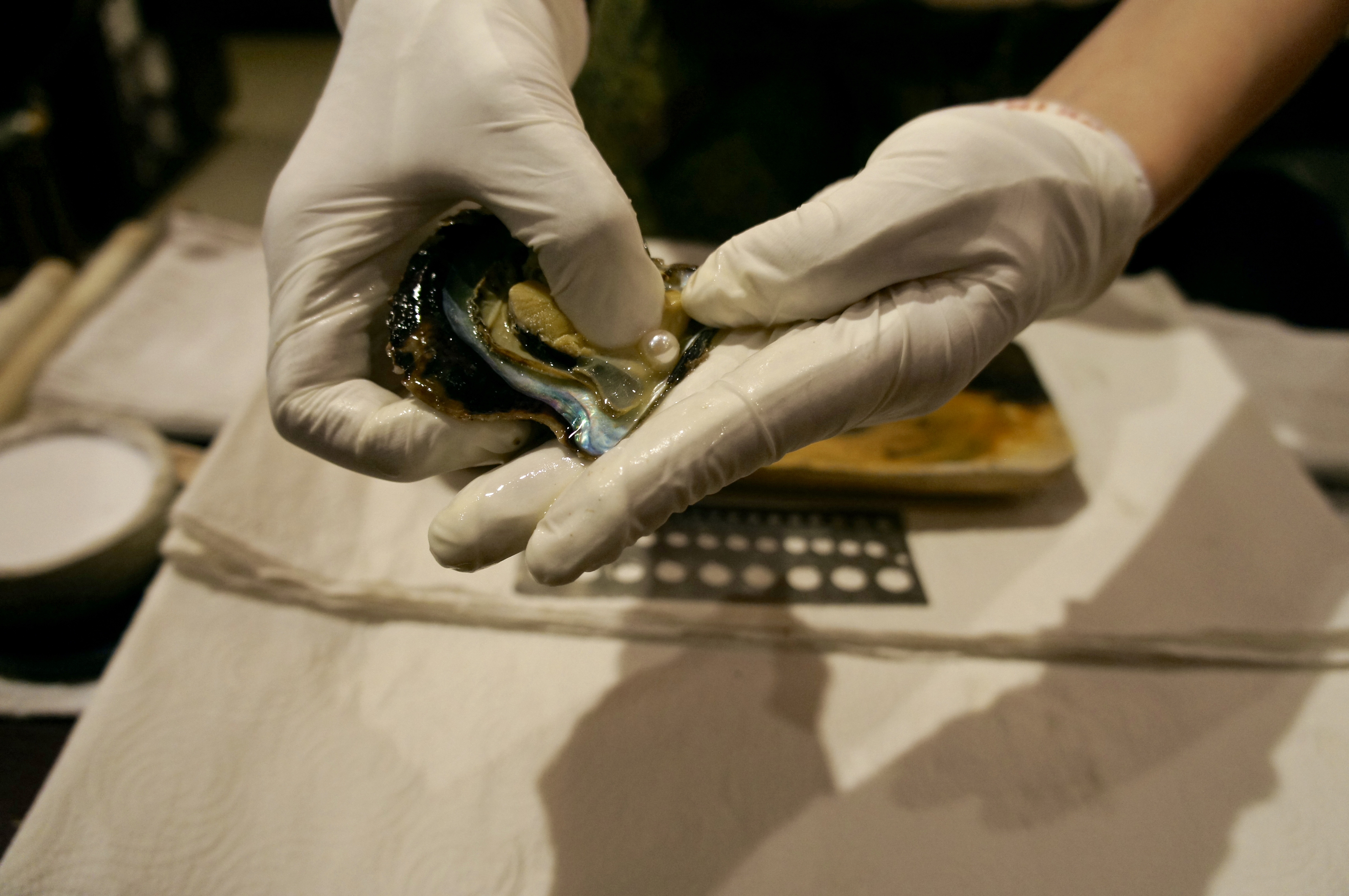 After being cleaned thoroughly (by rolling in the pot of salt) it was measured and it was a big’un! Two other women had gone through this process before me and neither had chosen an oyster containing quite as large a pearl as I had.

I didn’t realise this, until after the cast member had cleaned it, graded the size (8 1/4mm) and banged a drum to tell everyone in the store that it was a large pearl. The fella from the couple before us said “wow, that’s massive!” and promptly turned back around after being on the receiving end of a, not so subtle, dig to the ribs from his lady! 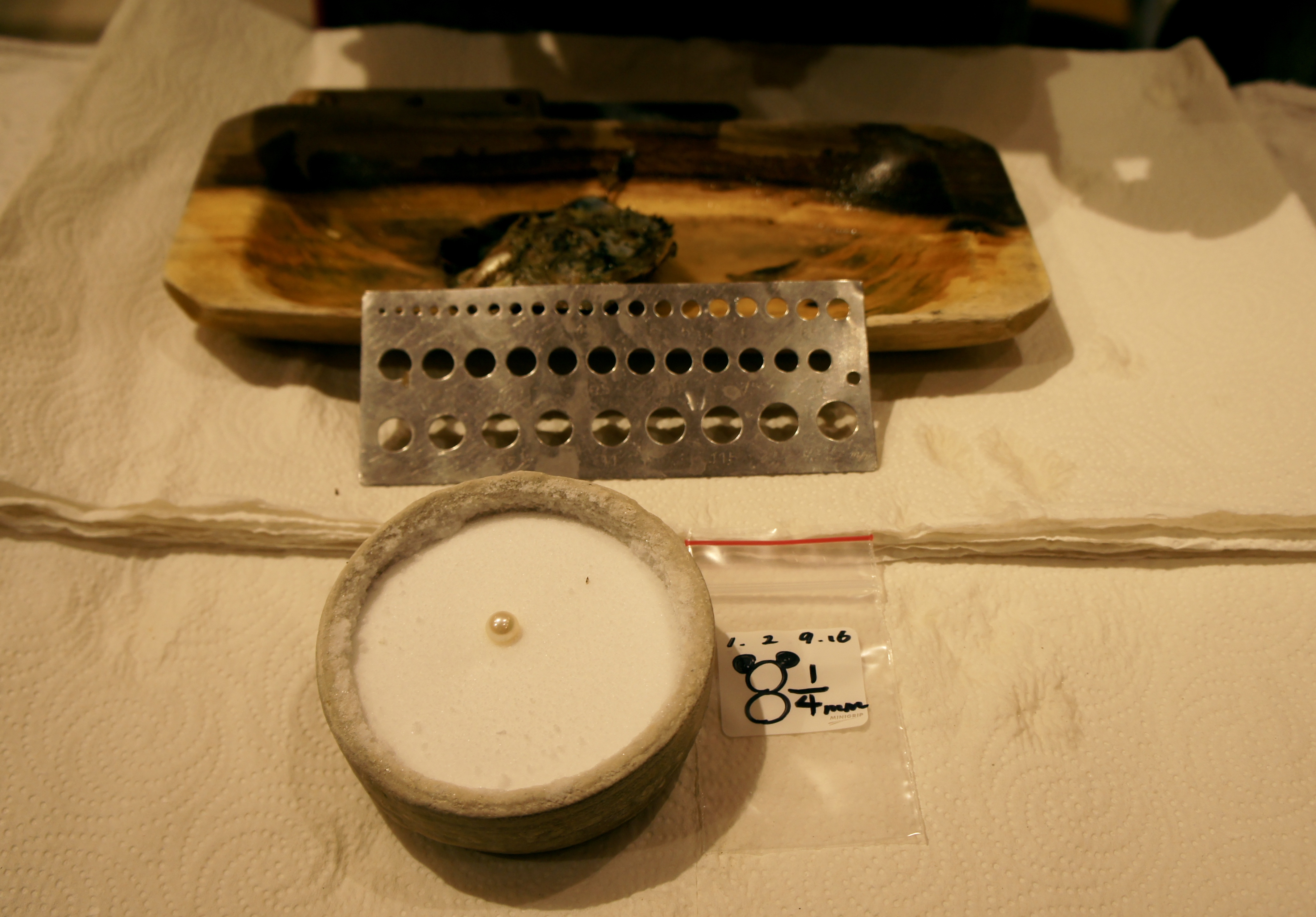 I asked for it to be set simply (there were some VERY elaborate Disney themed settings on offer) and I was told to come back in an hour for it. We were lucky to only have two people in front of us (again, bonus of off peak travel!), I’ve since read online that some folks were waiting 40mins+ just to choose an oyster – let alone get it set! 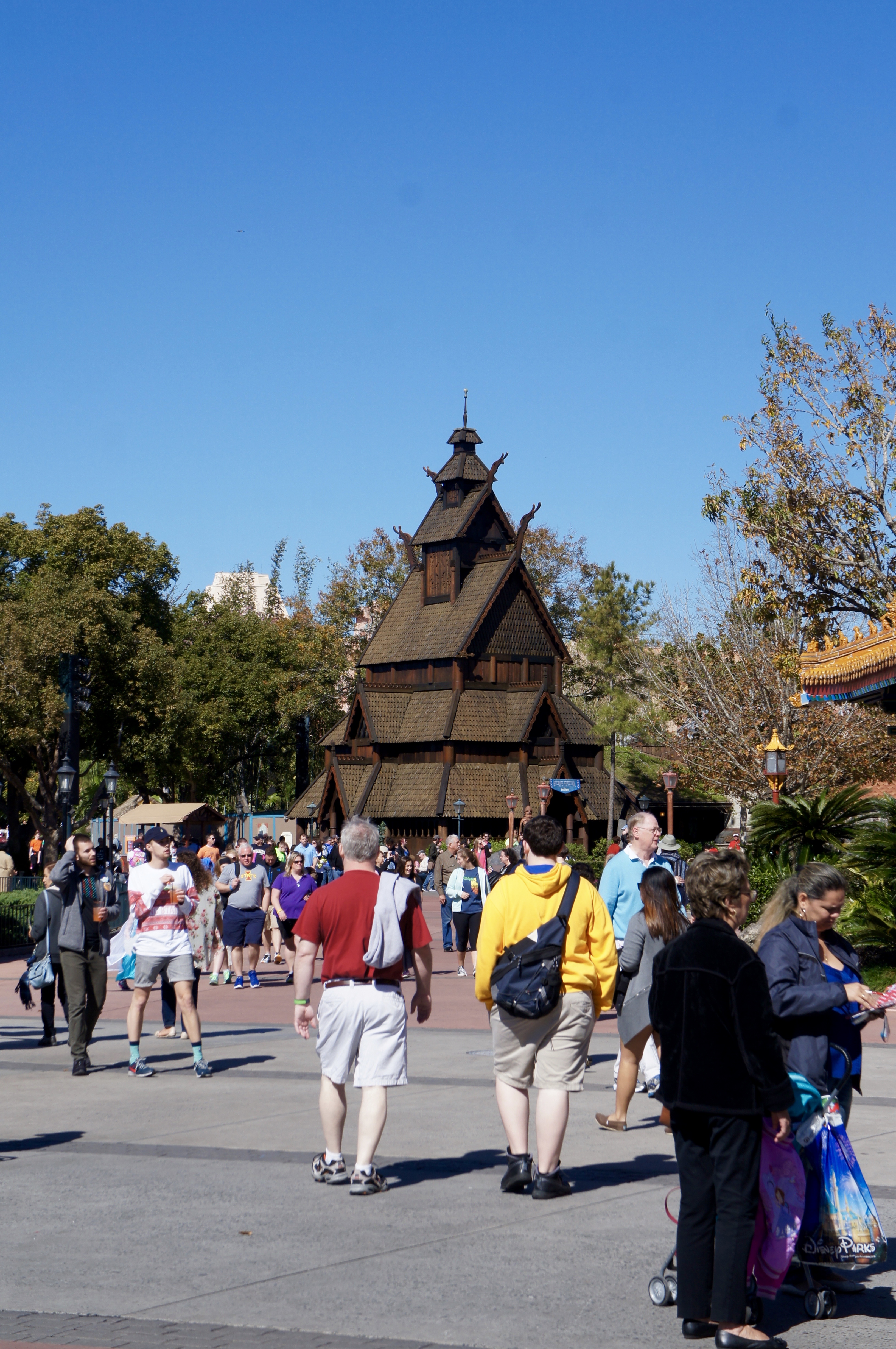 Whilst we were waiting, we wandered through America, Italy (where we stopped off for food, but I’ll get to that in the next post!), Germany and China 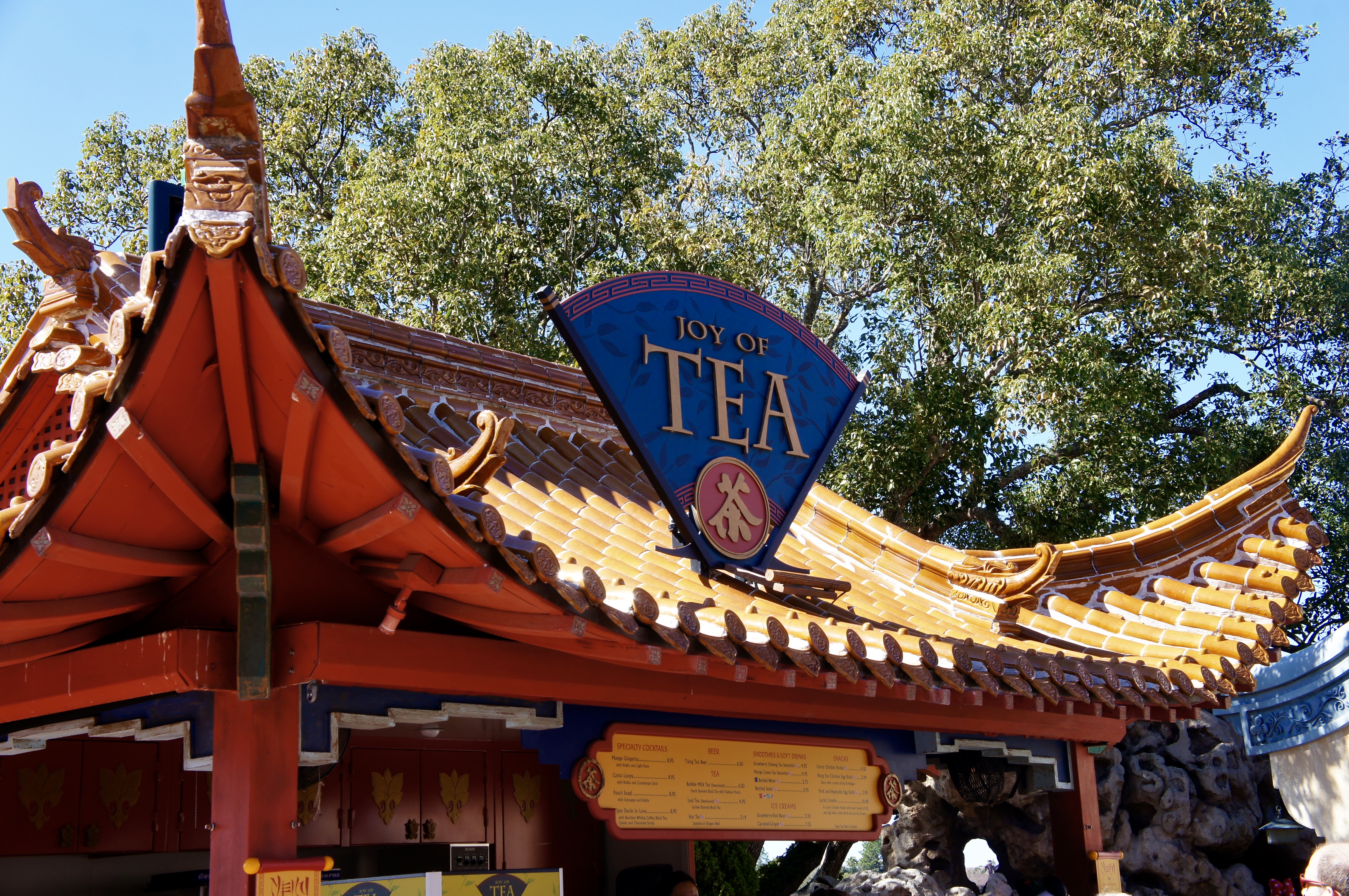 Visually, China was a lot of fun, so vibrant and colourful! 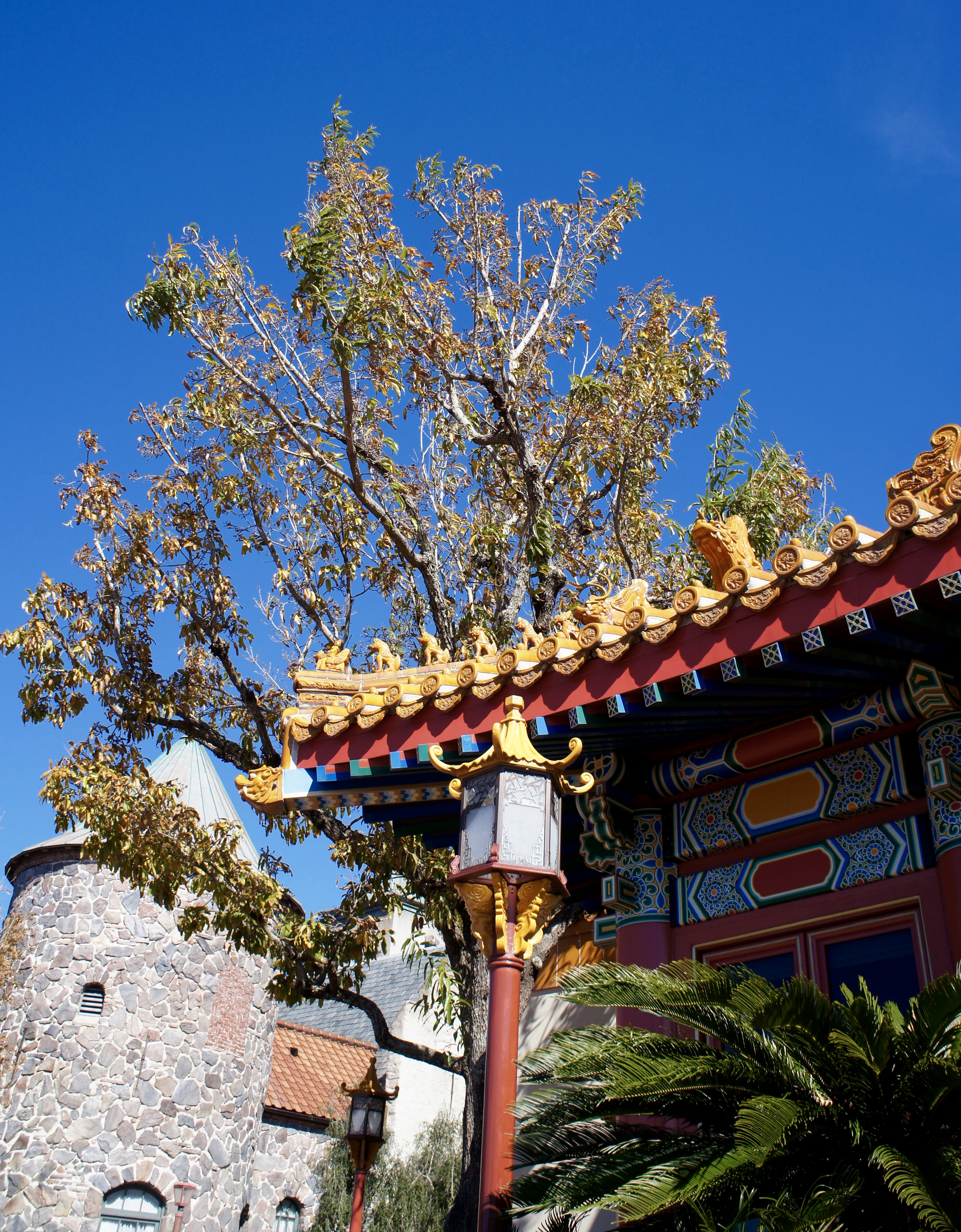 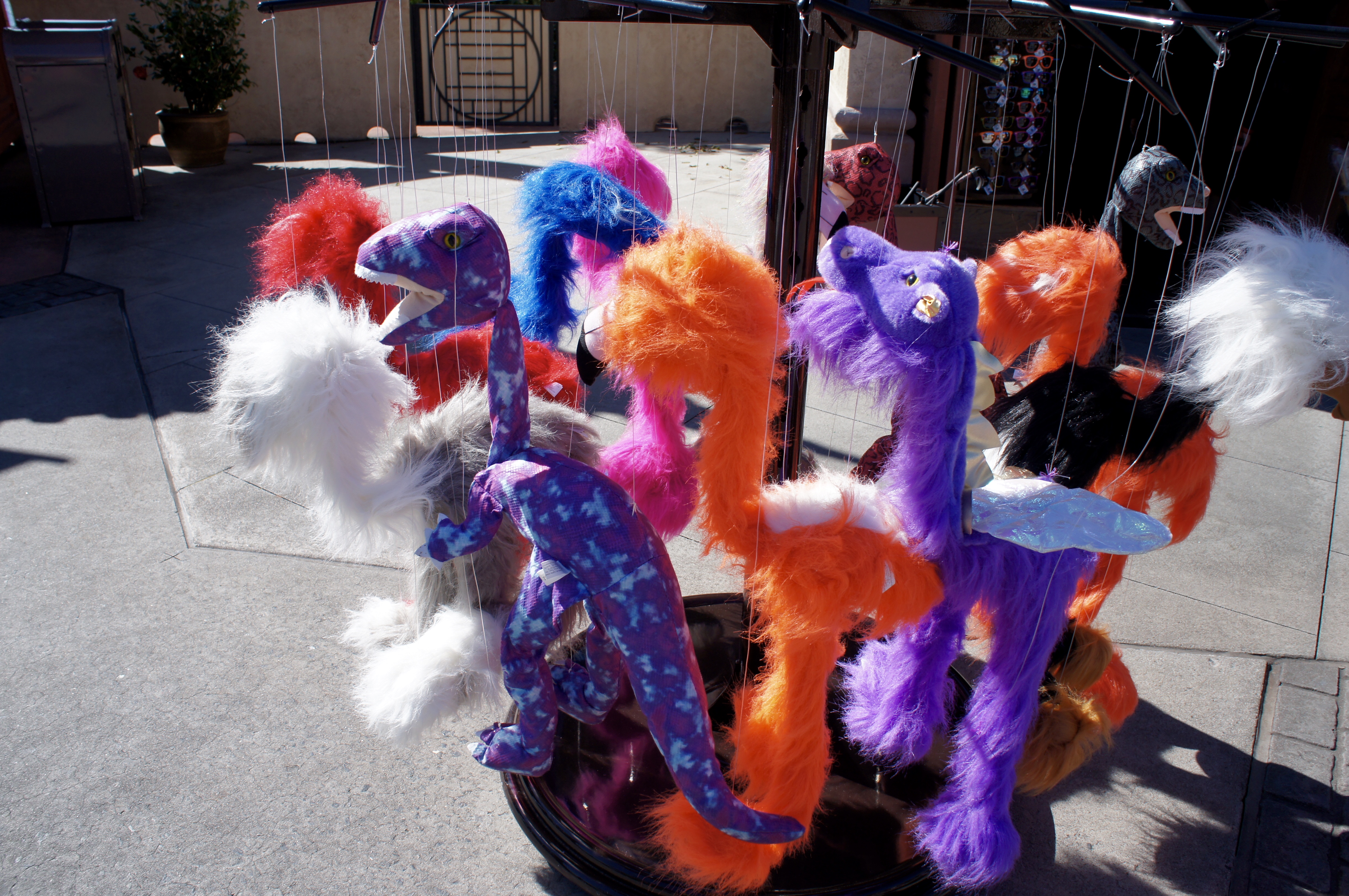 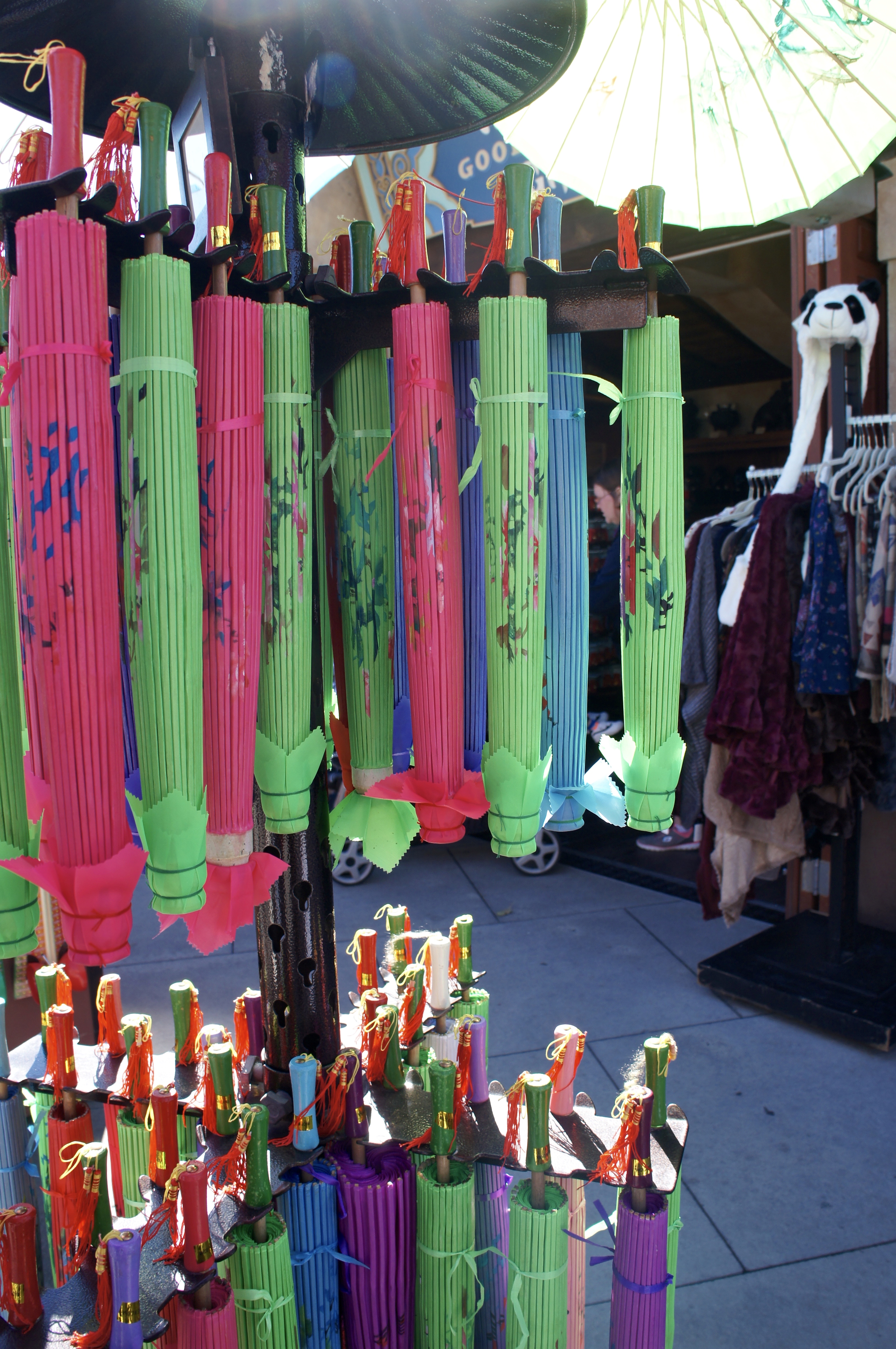 But it didn’t seem to matter where you were, there was Star Wars stuff everywhere! 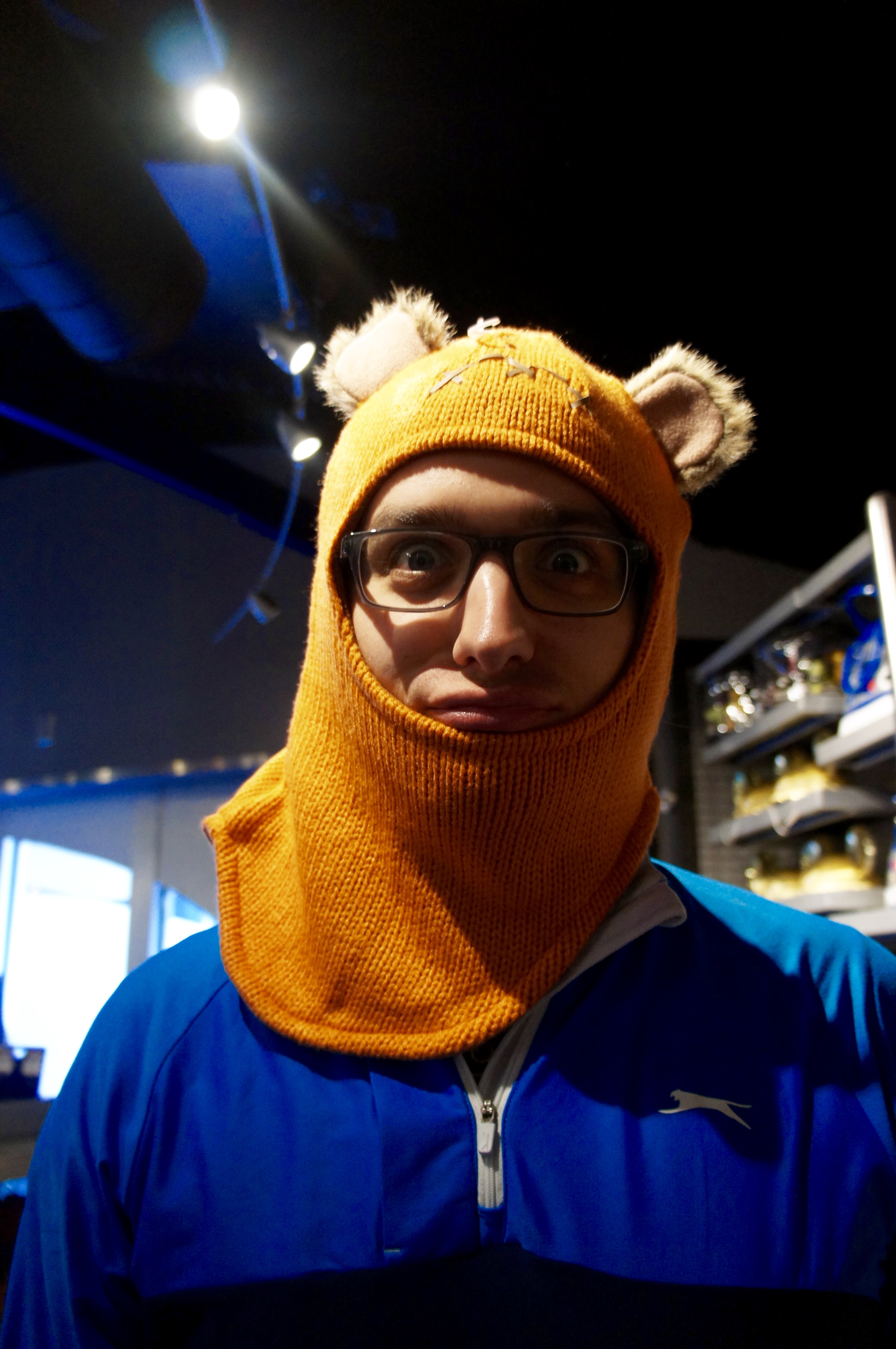 ^ Another personal favourite Honeymoon snap – I picked a good one didn’t I!?! 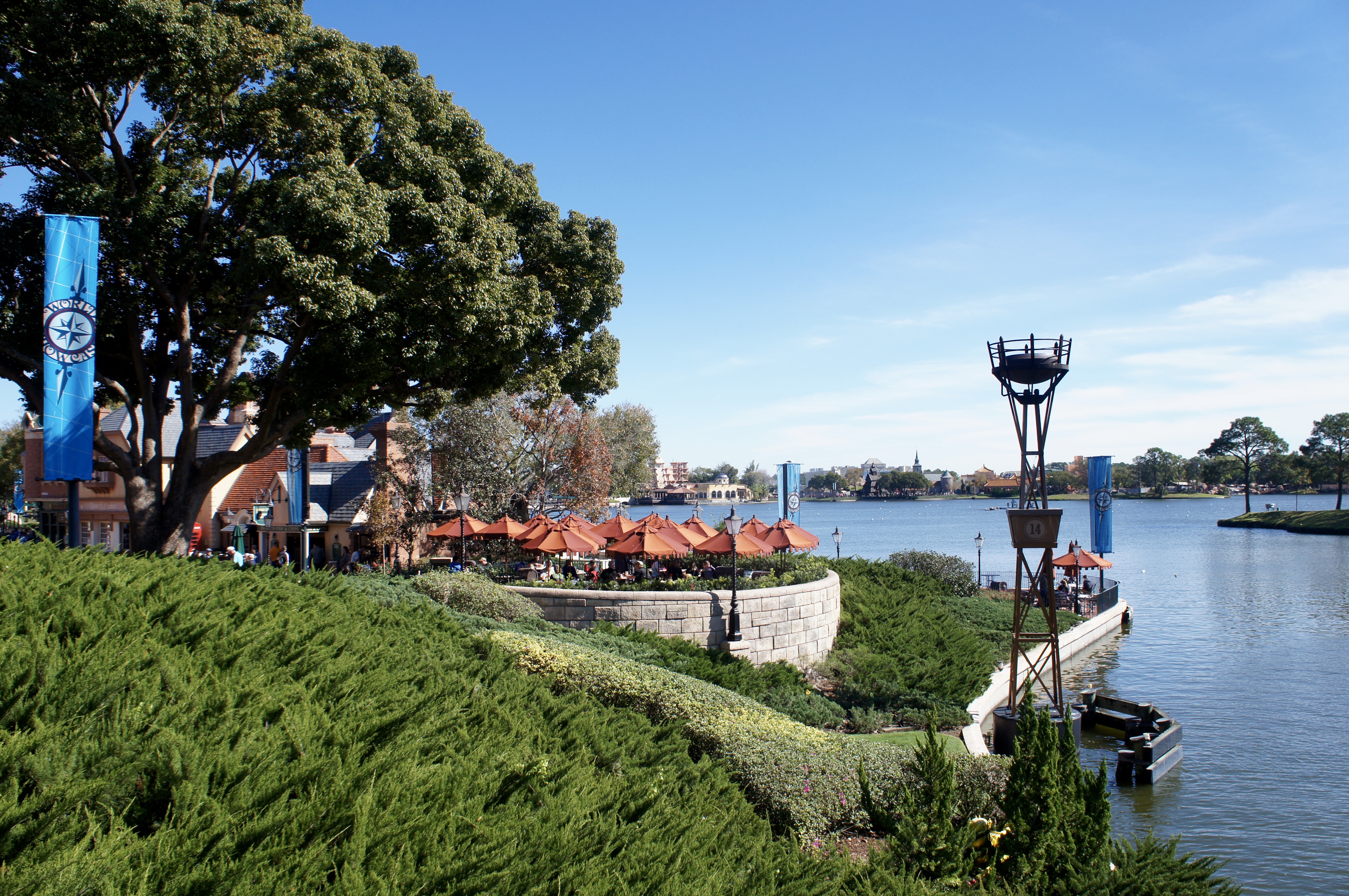 At the given time, I picked up my brand new and set, pearl. I love it! The chain is my own but I believe you can buy a chain at the Pick-A-Pearl station, although fair warning, they’ll be far pricier than what you’ll find on your local high street! 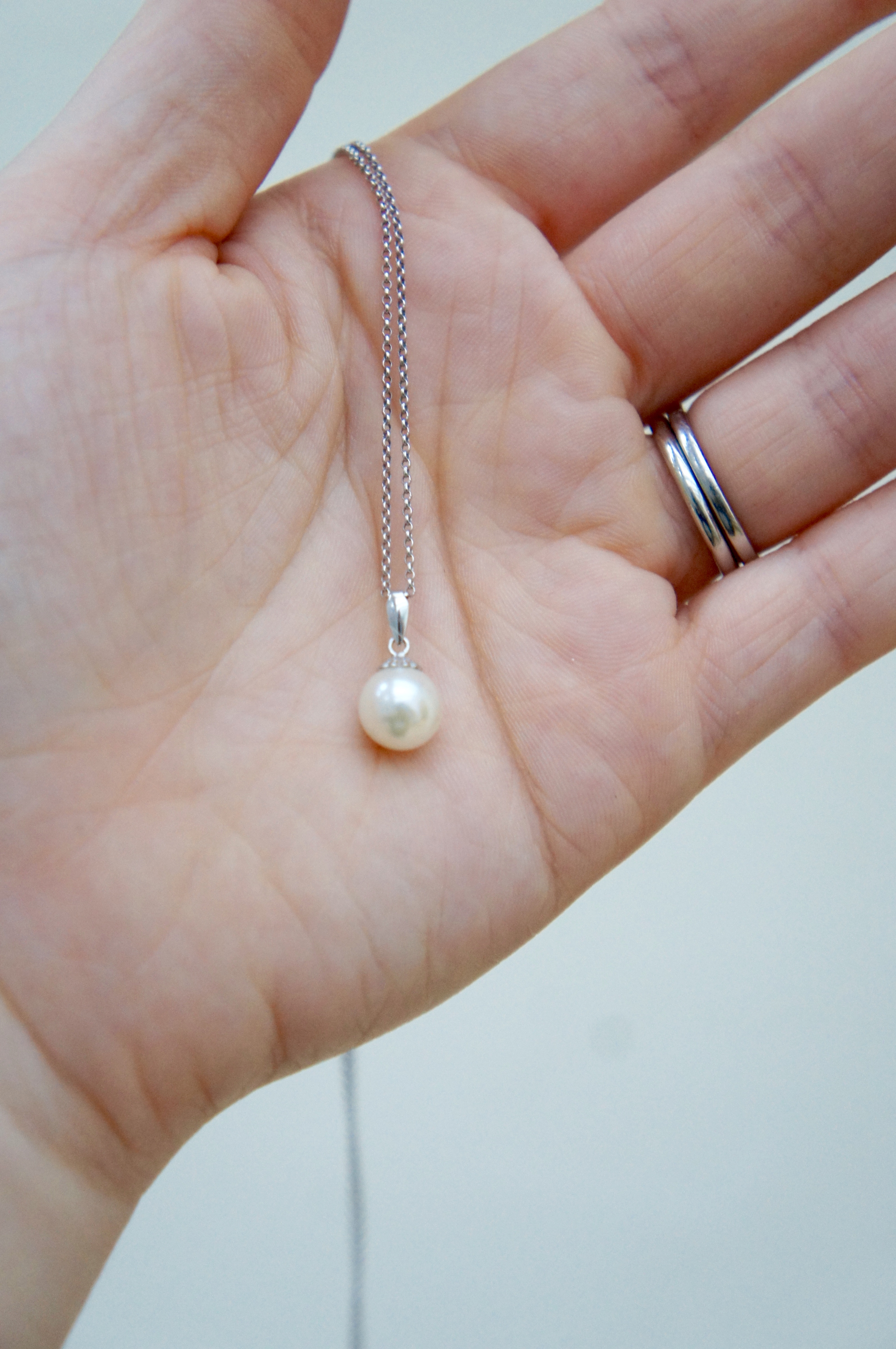 I adore my necklace and wear it all the time, it’s one of my favourite mementos from our Honeymoon and one that I can actually wear at fancy occasions! If you go, a piece of advice (that I didn’t know beforehand, but inadvertently did anyway), choose the mossiest, ugliest oyster shell you can find, rumour has it, they’re the ones that contain the largest pearls, coloured pearls and sometimes even two pearls! 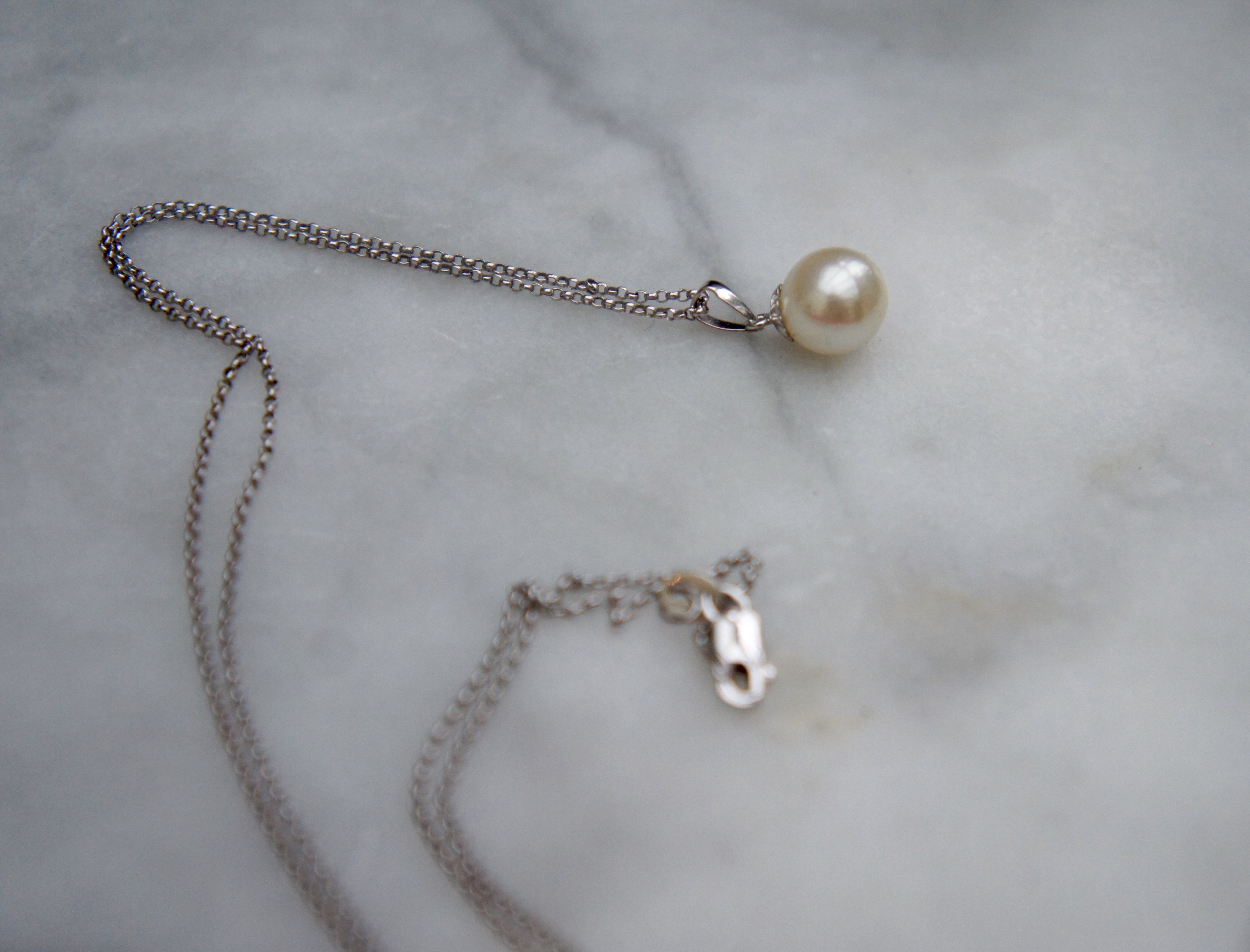 More on Epcot next time!