We returned to Magic Kingdom one night to see the Electrical Parade and it didn’t disappoint! 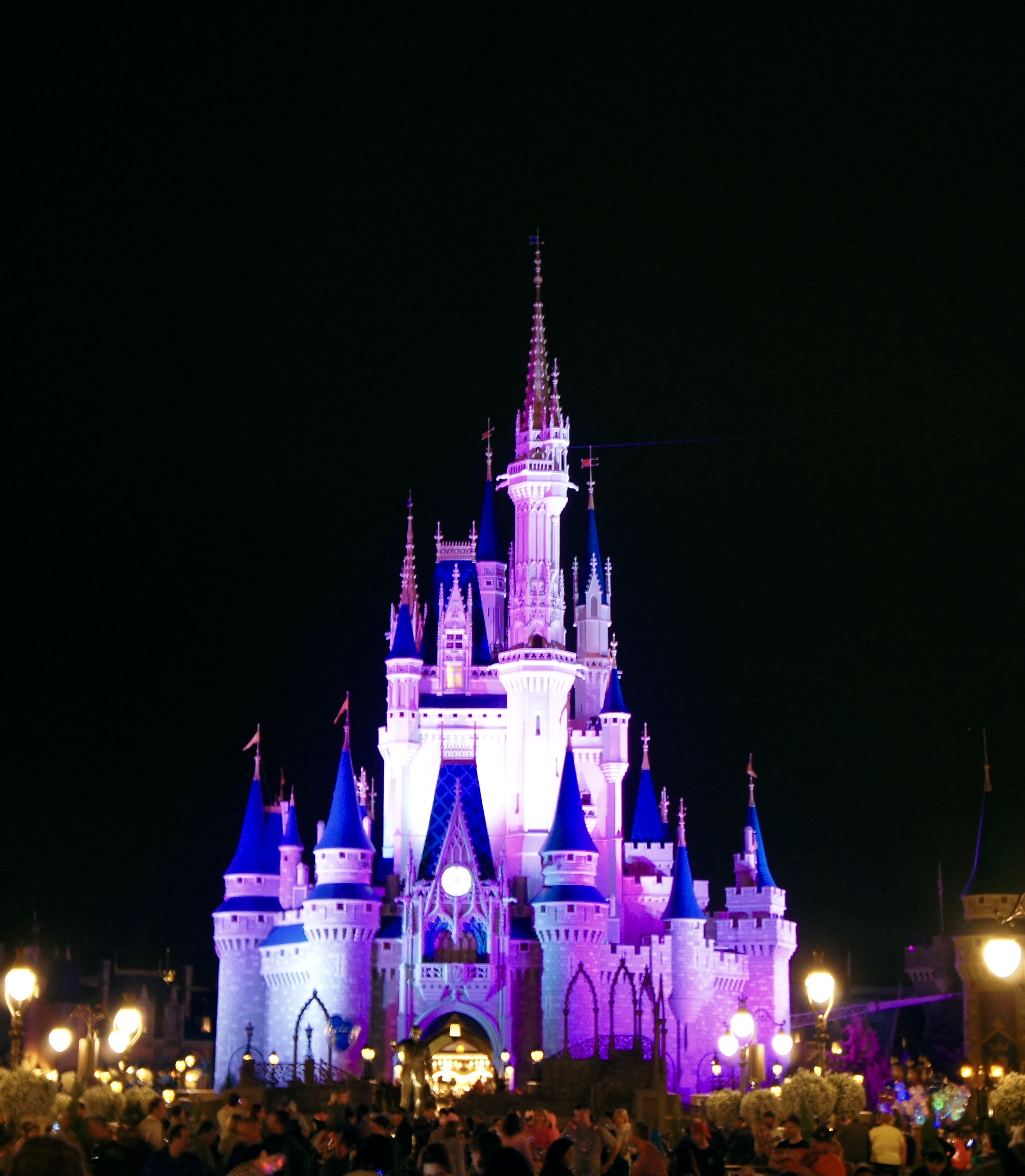 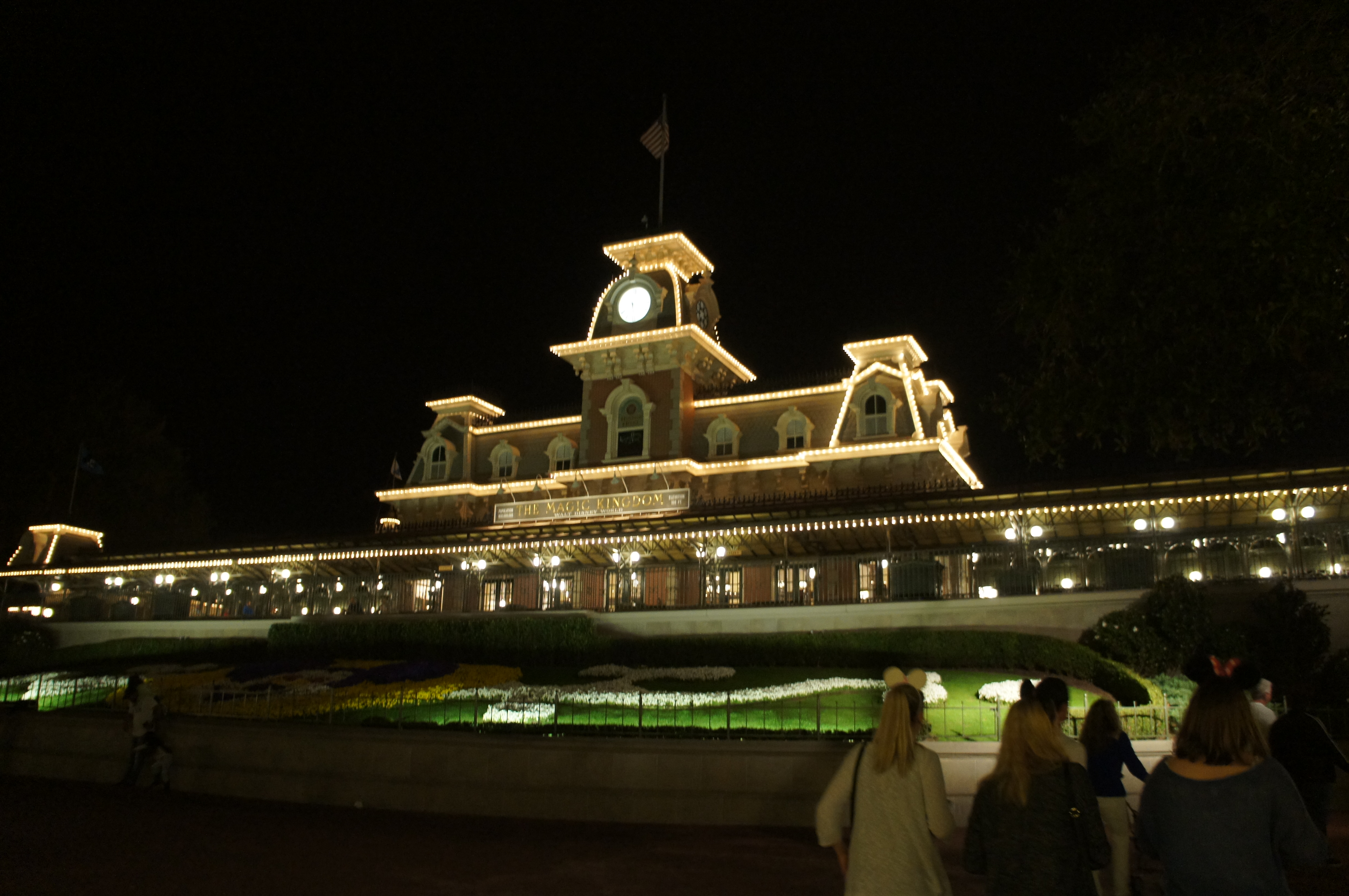 Every inch of it was lit up and my sequinned Minnie Mouse ears were throwing sparkles over everything because of all the surrounding light – it was awesome! 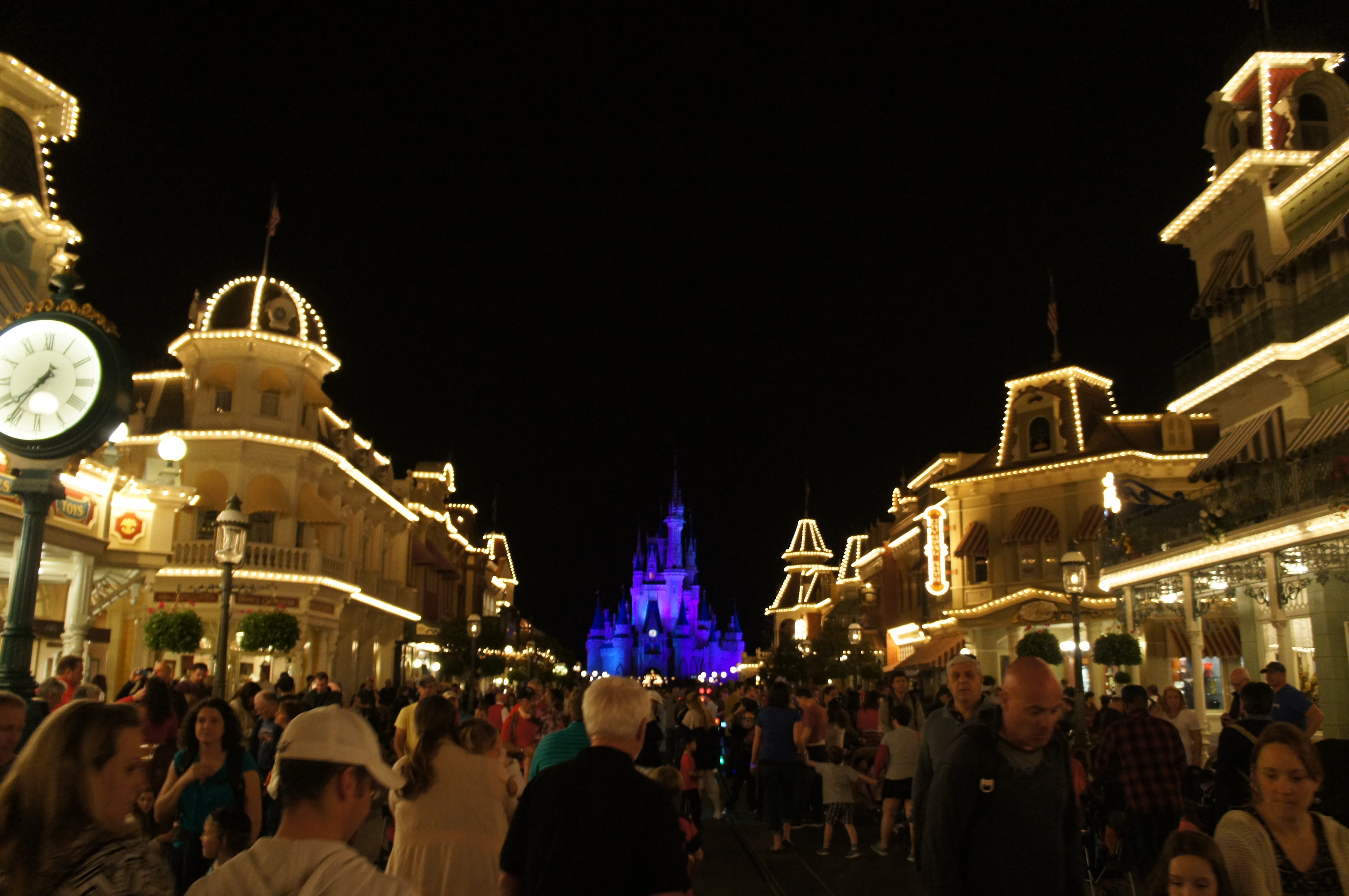 We had arrived early, so with some time to kill, we hopped aboard the Splash Mountain ride 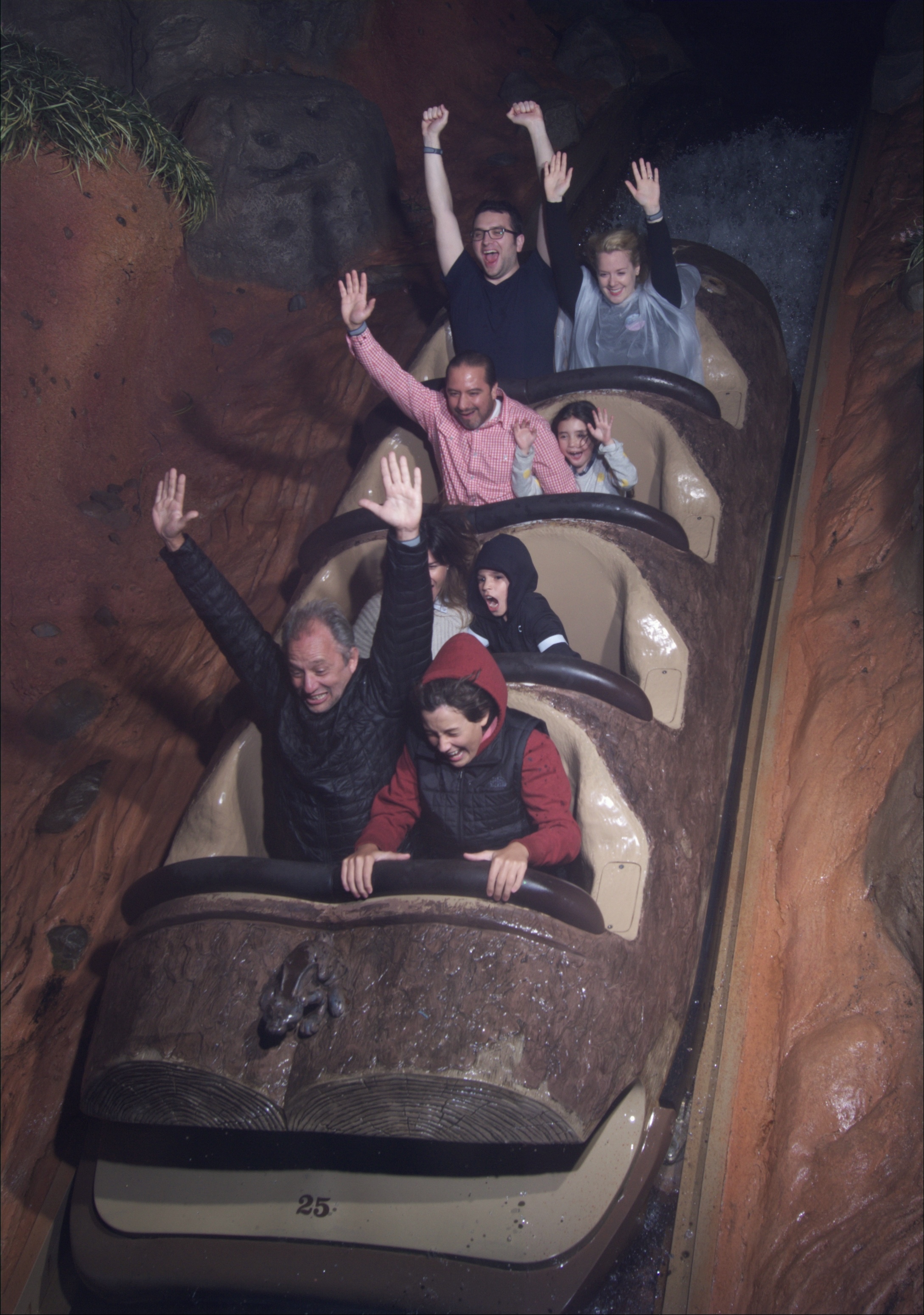 After that, we found a great spot at the very end of the parade line. Honestly, once you’re not bothered about seeing the parade on Main Street, I’d highly recommend you head to where the parade ends as there’s LOADS more room, visibility and general comfort to be found! 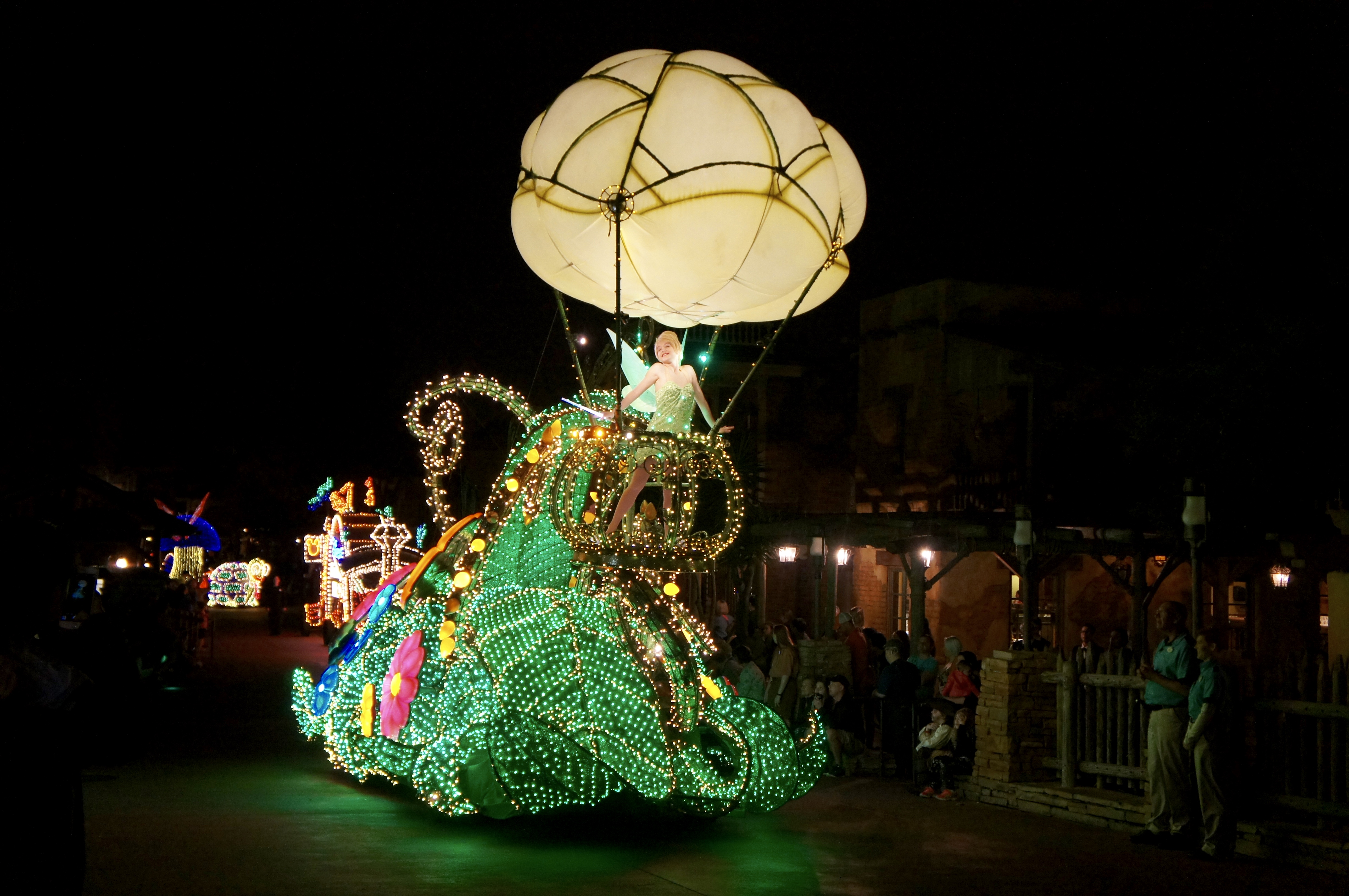 Tink lead the parade and was quite the crowd pleaser! 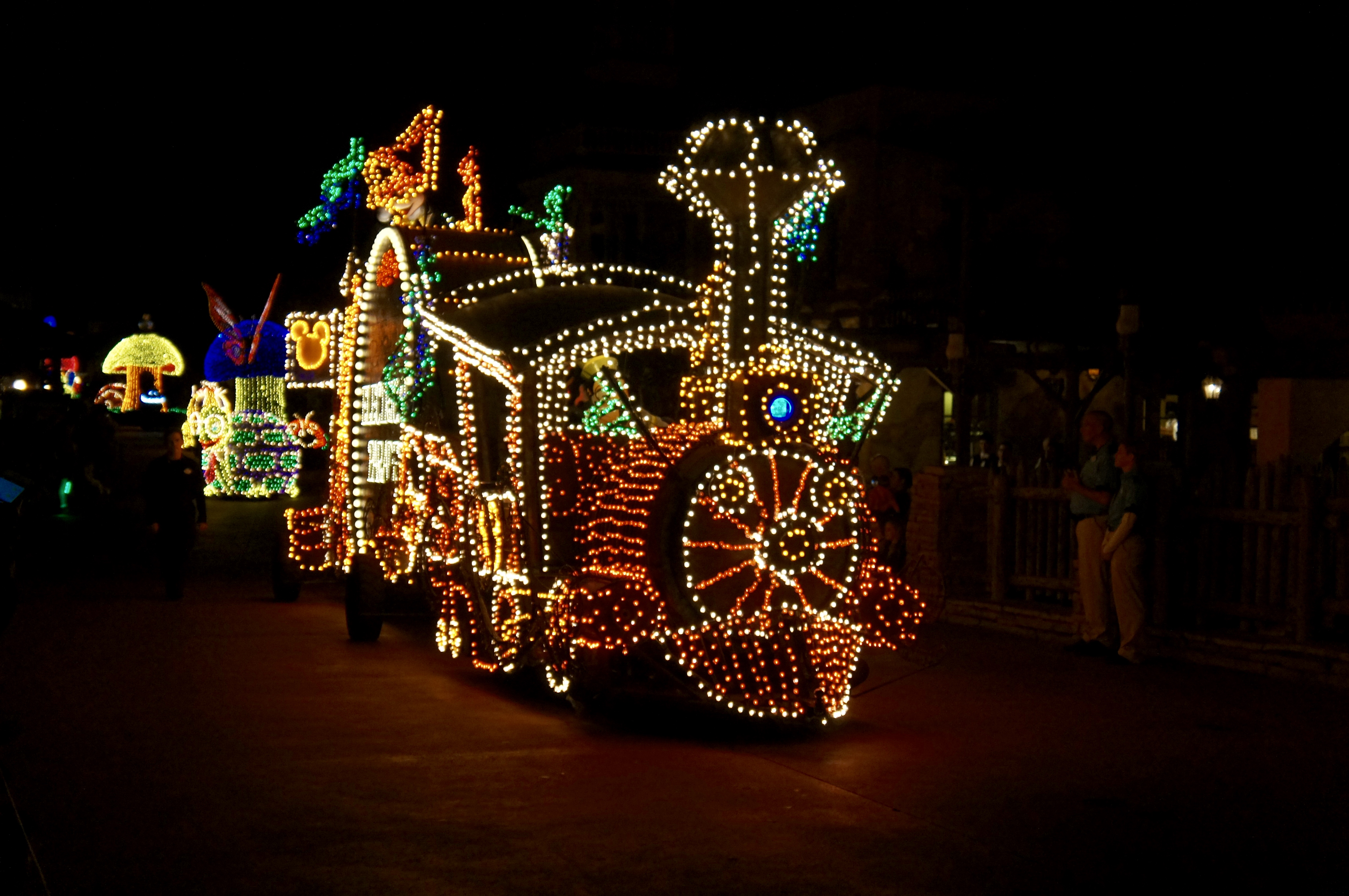 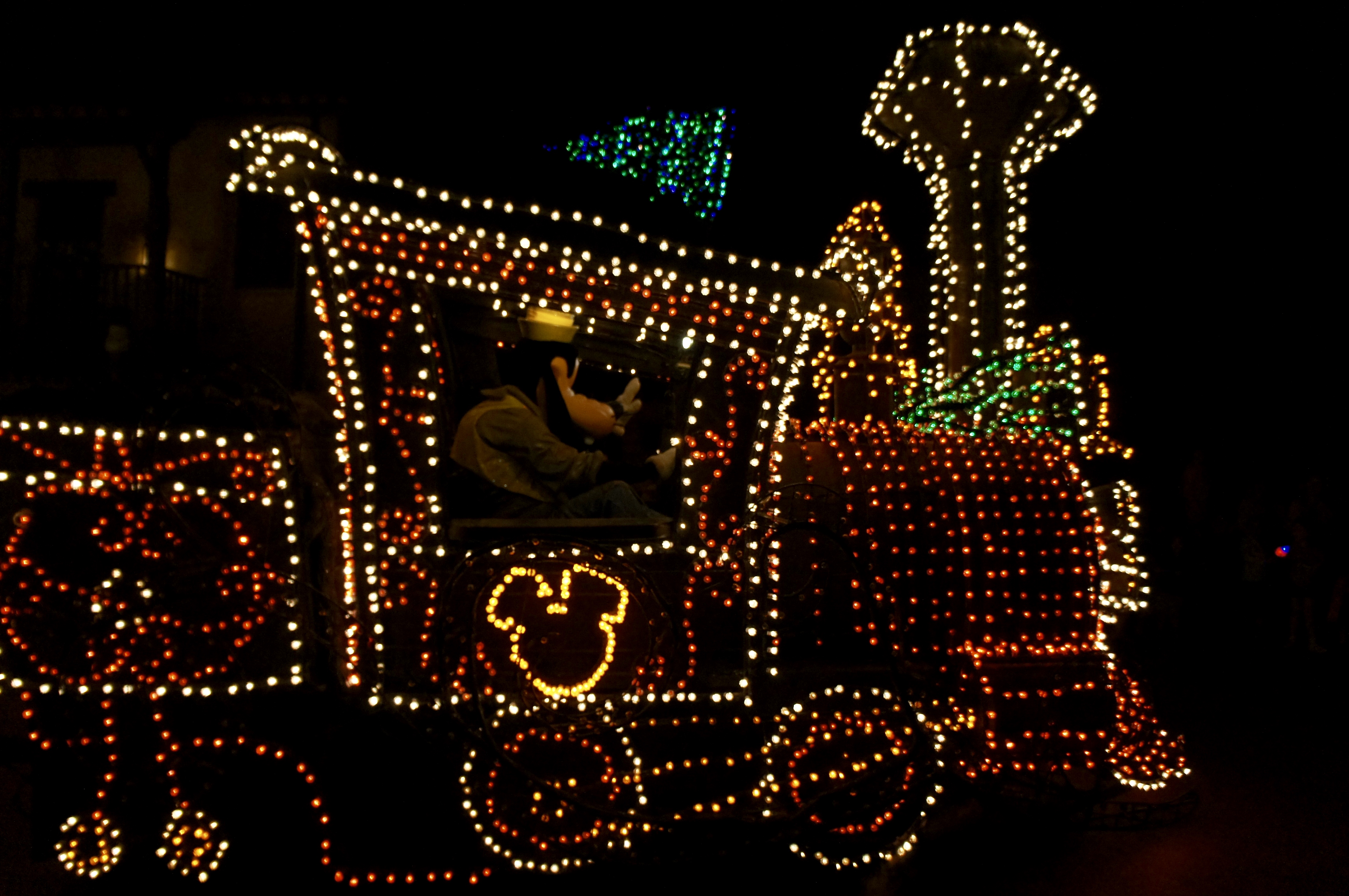 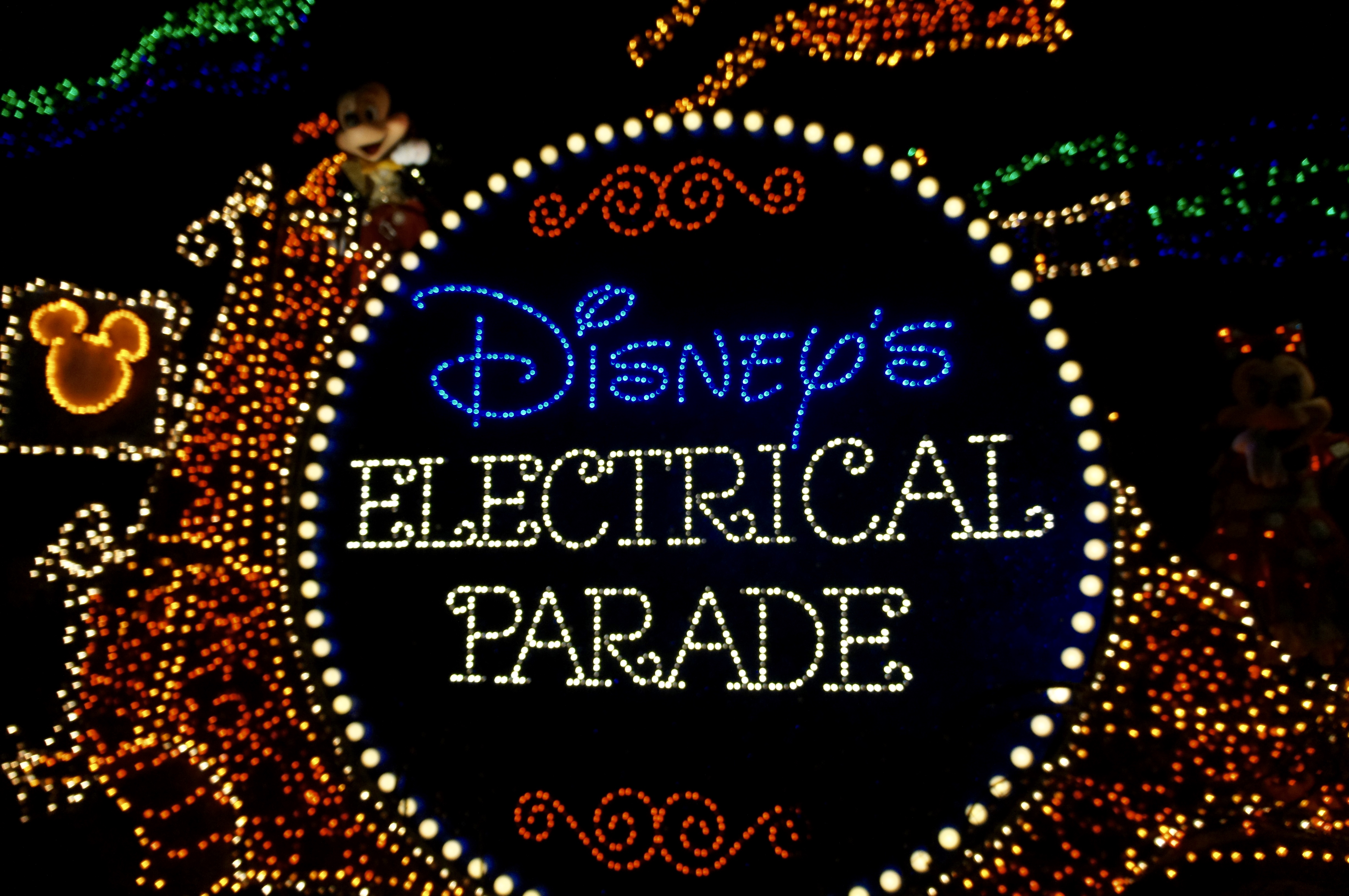 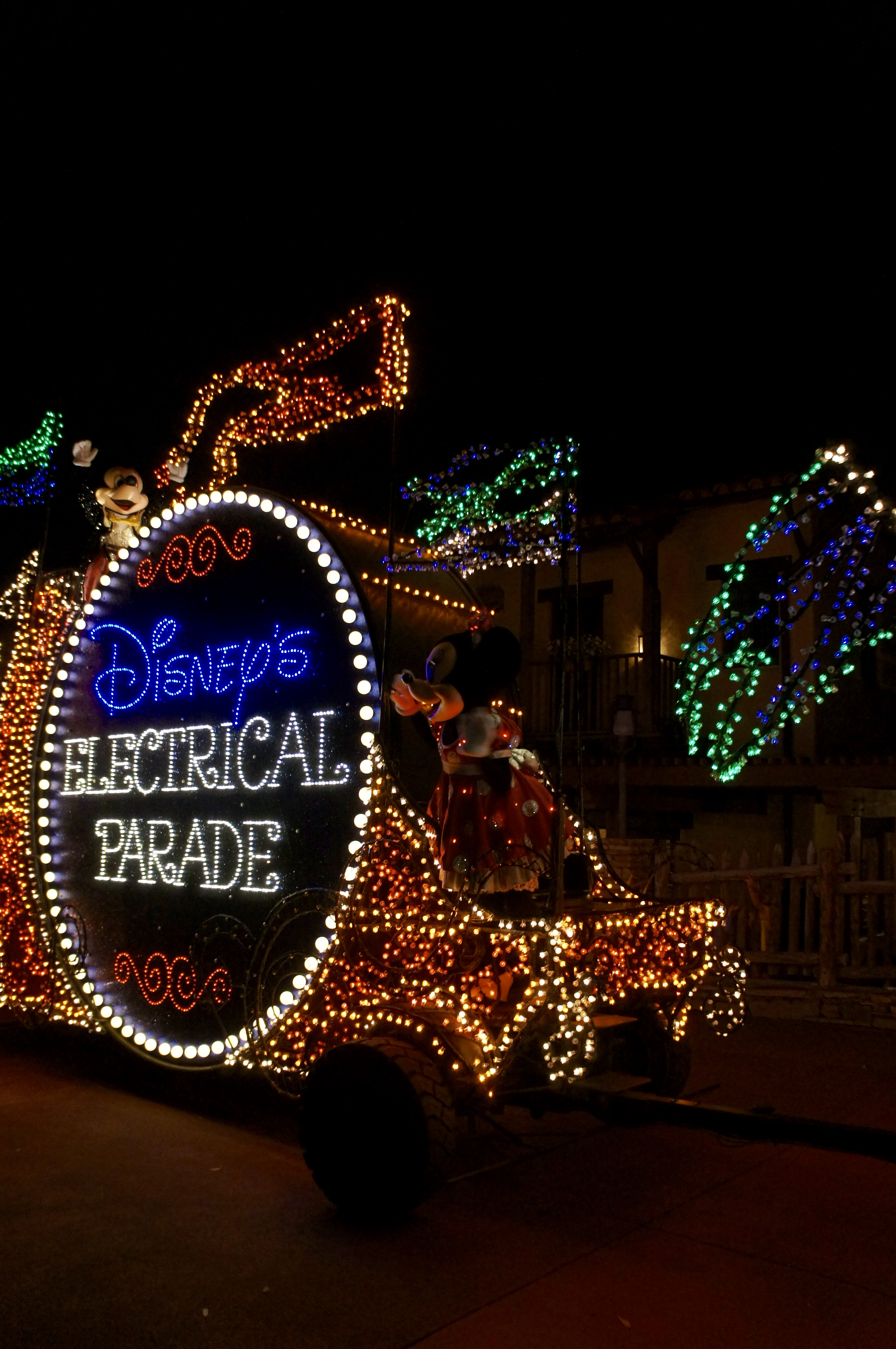 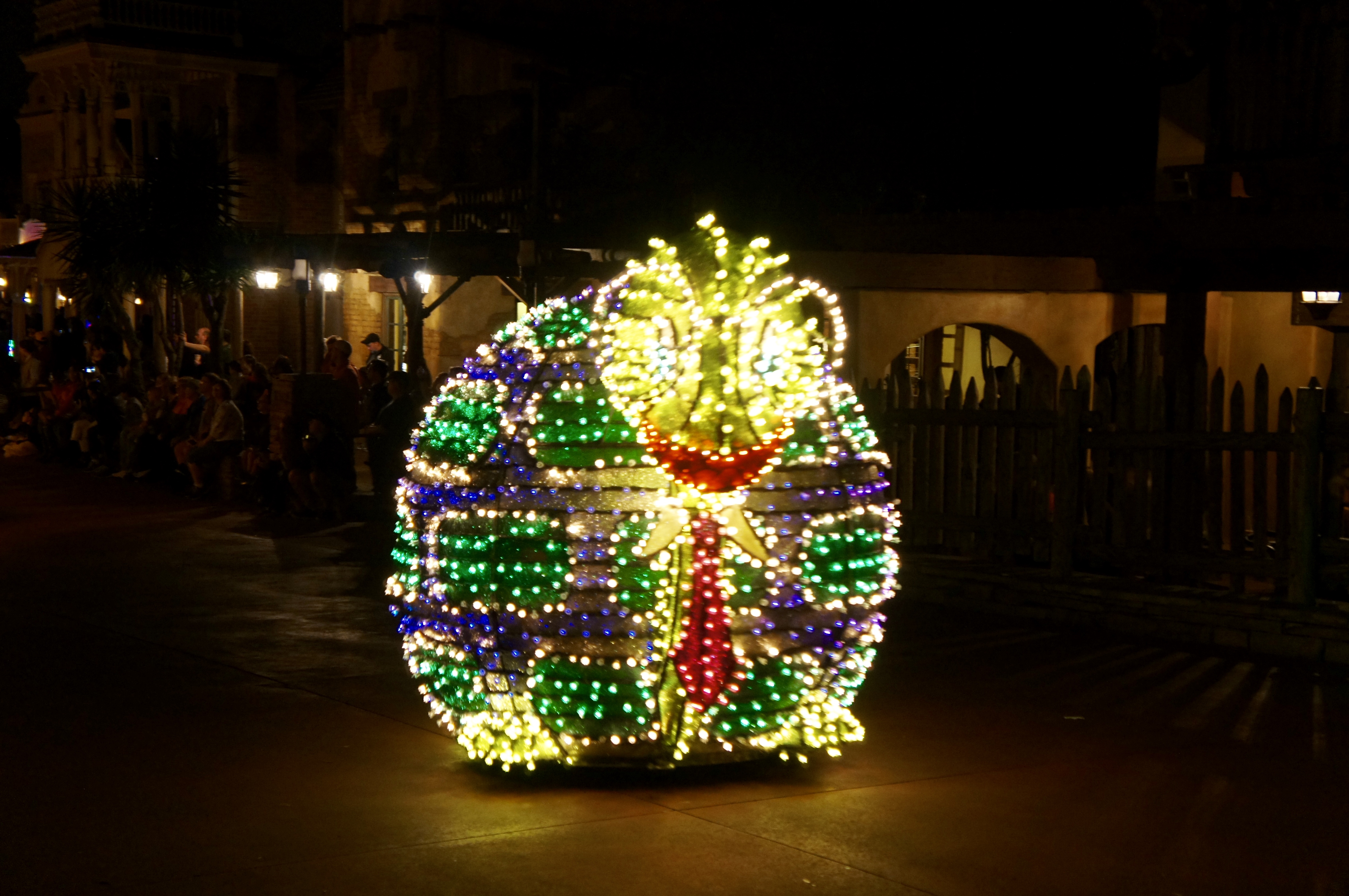 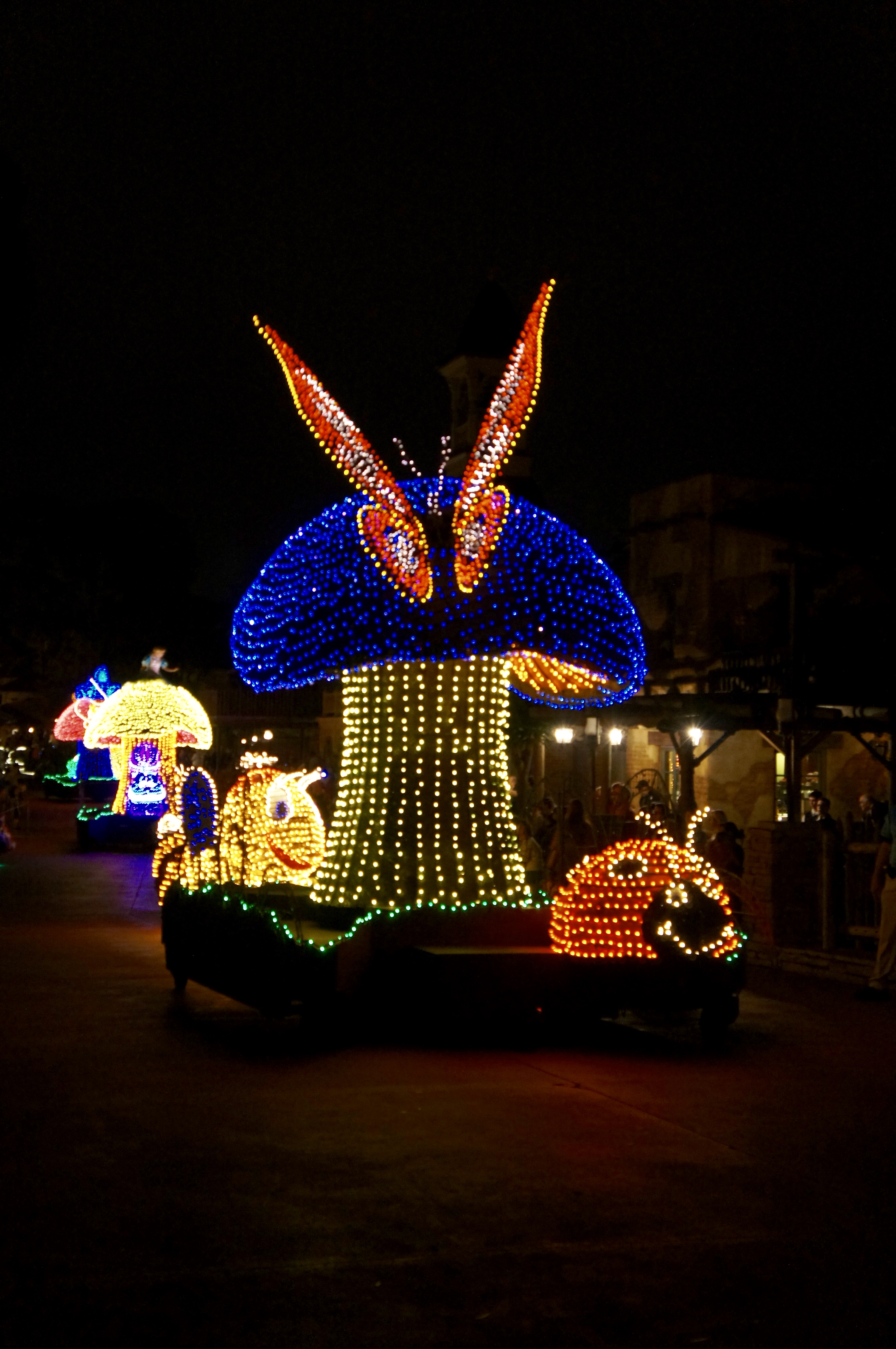 After a few shiny-bright bugs passed us, a white rabbit with a large pocket watch went rocketing by, I think he might have been late!! 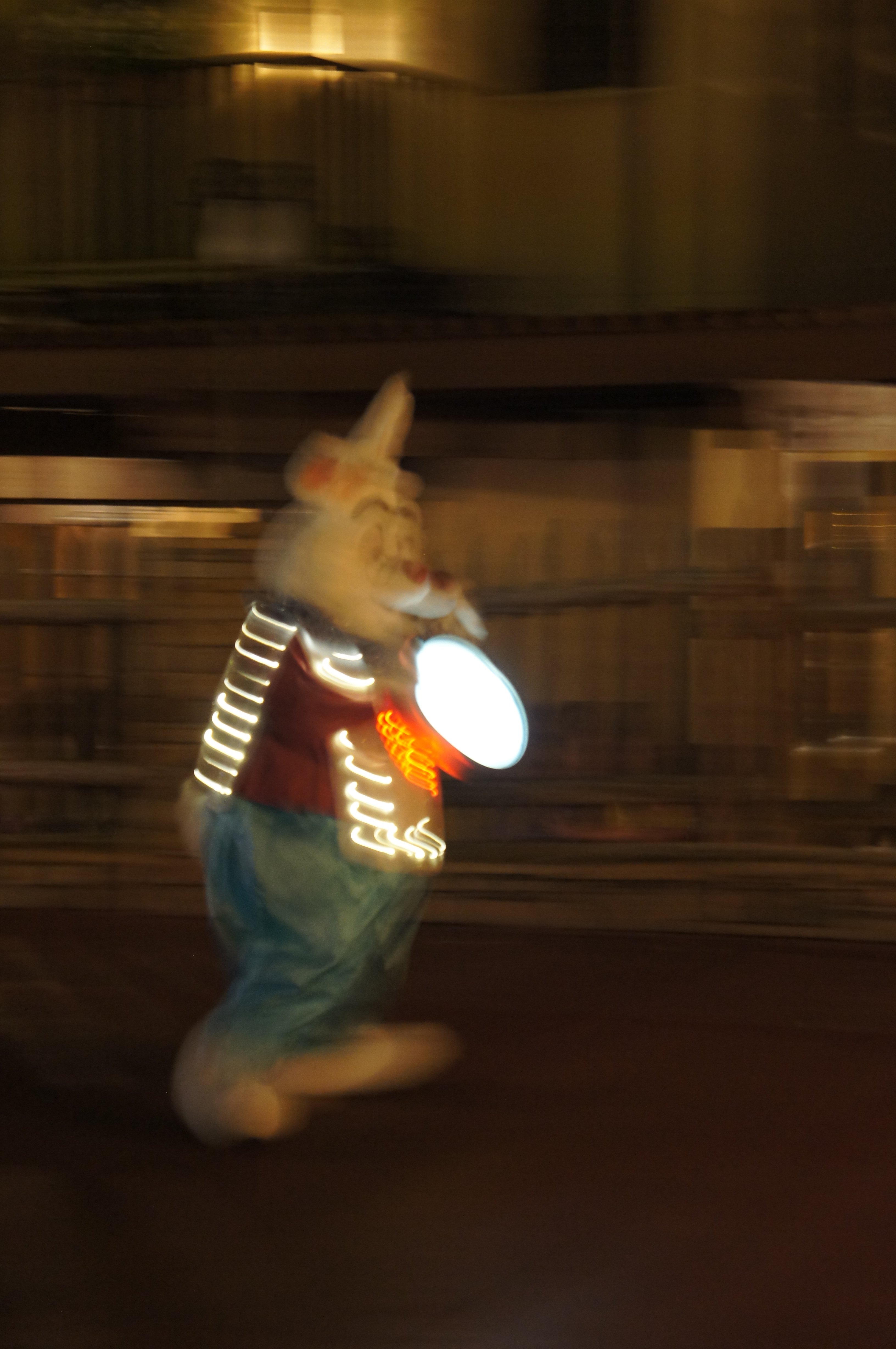 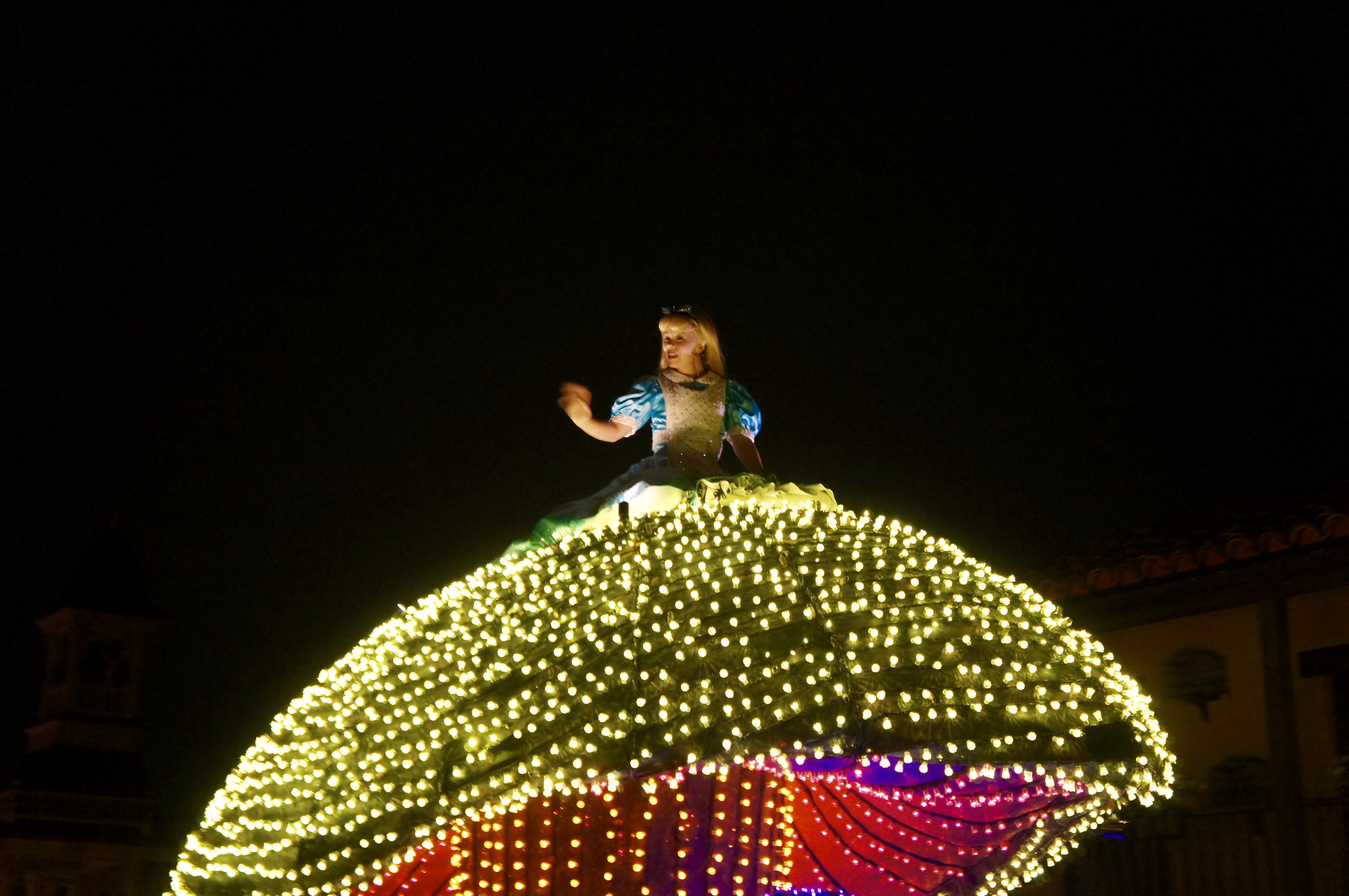 And the Cheshire Cat, smiling widely for all to see 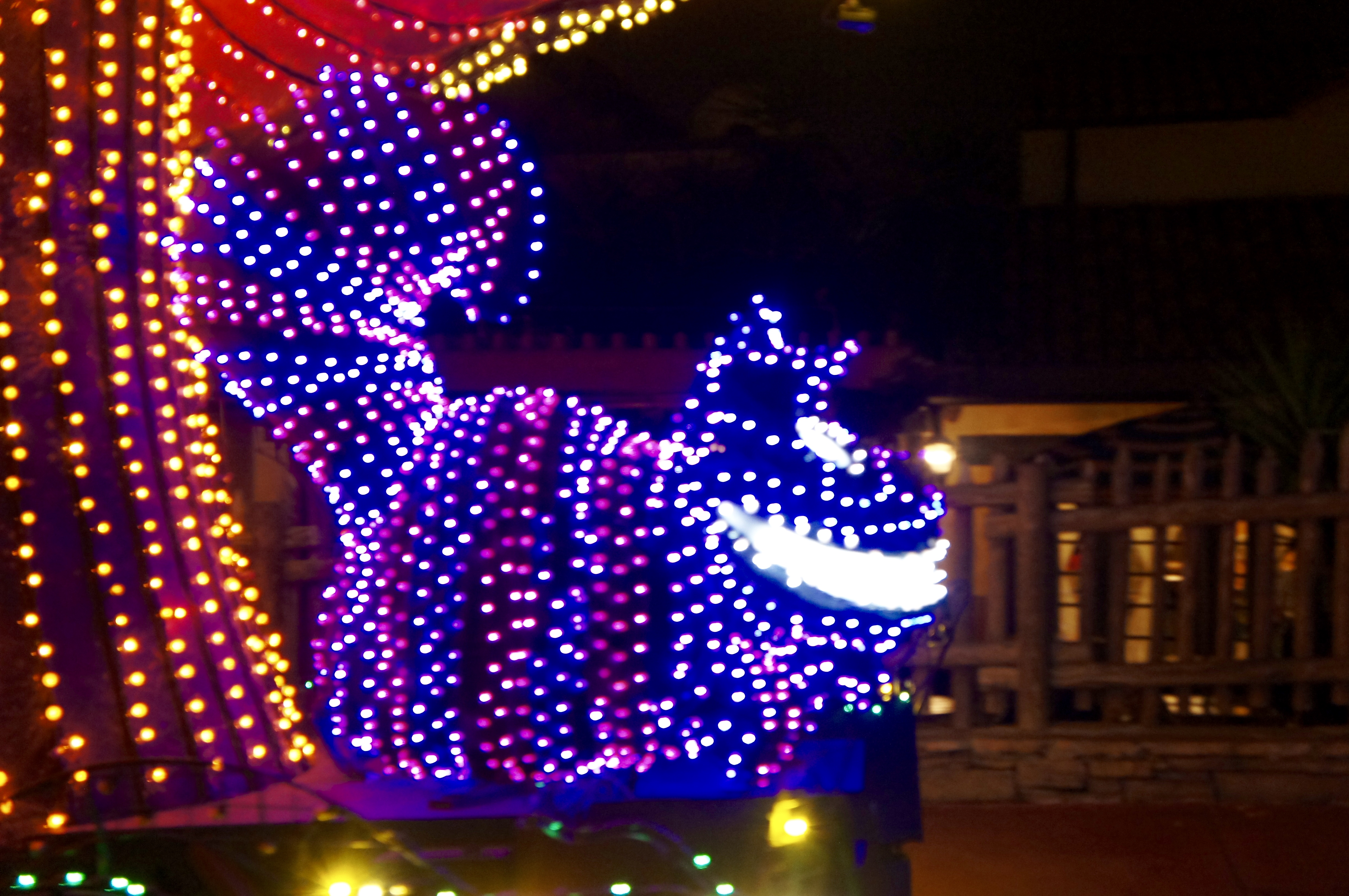 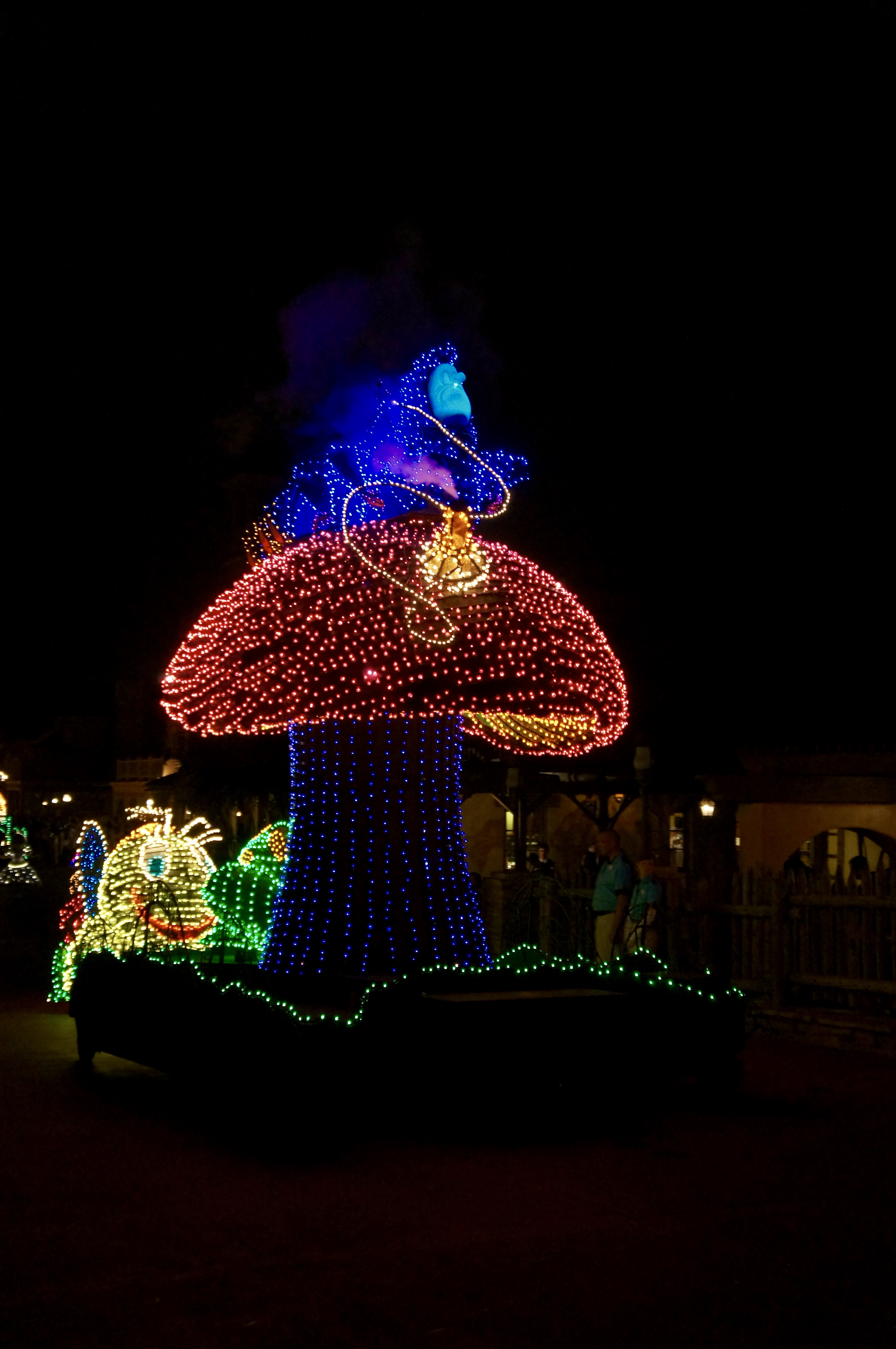 I loved that The Caterpillar was included in the Alice in Wonderland segment, his trademark blue smoke trailing after him 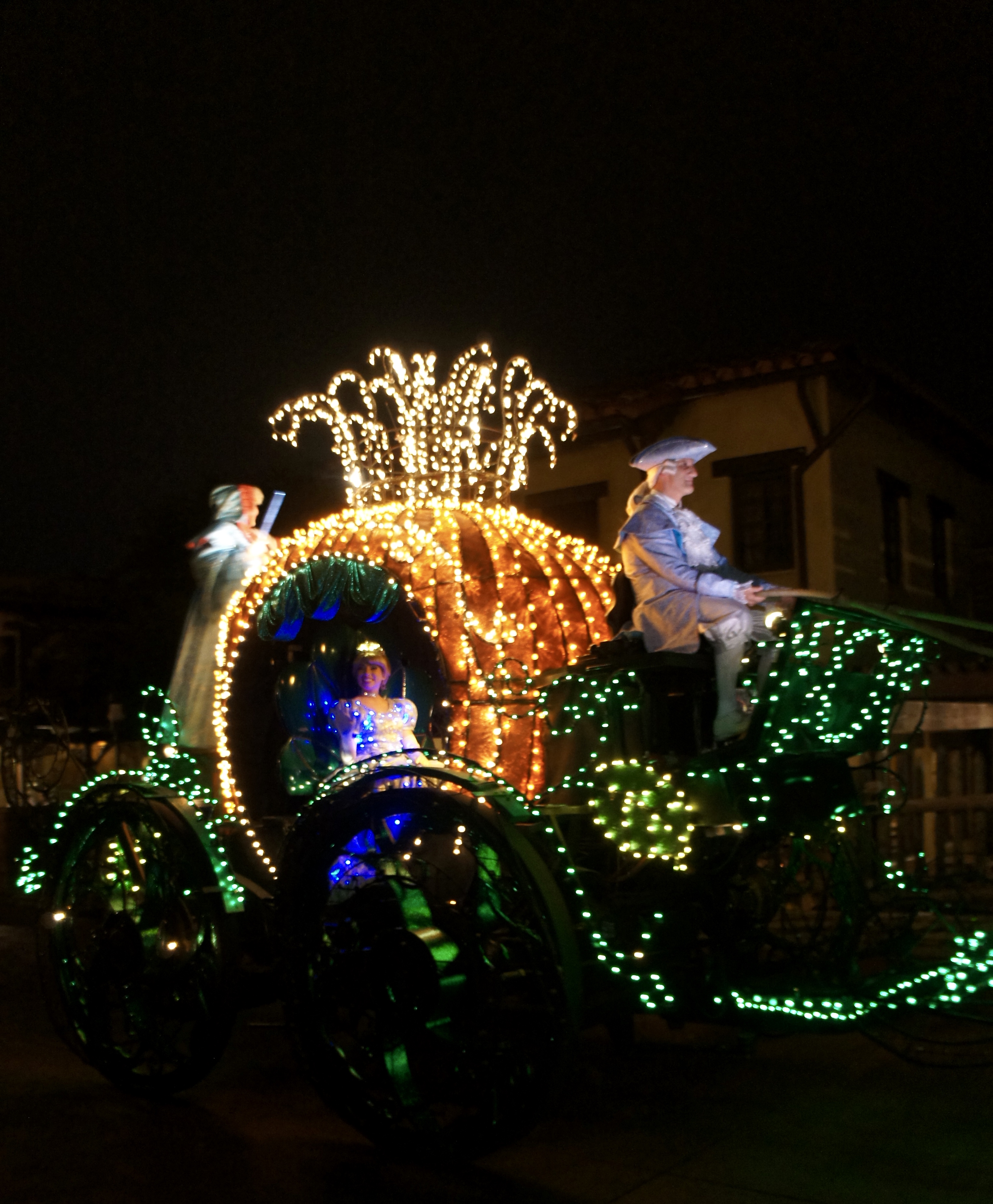 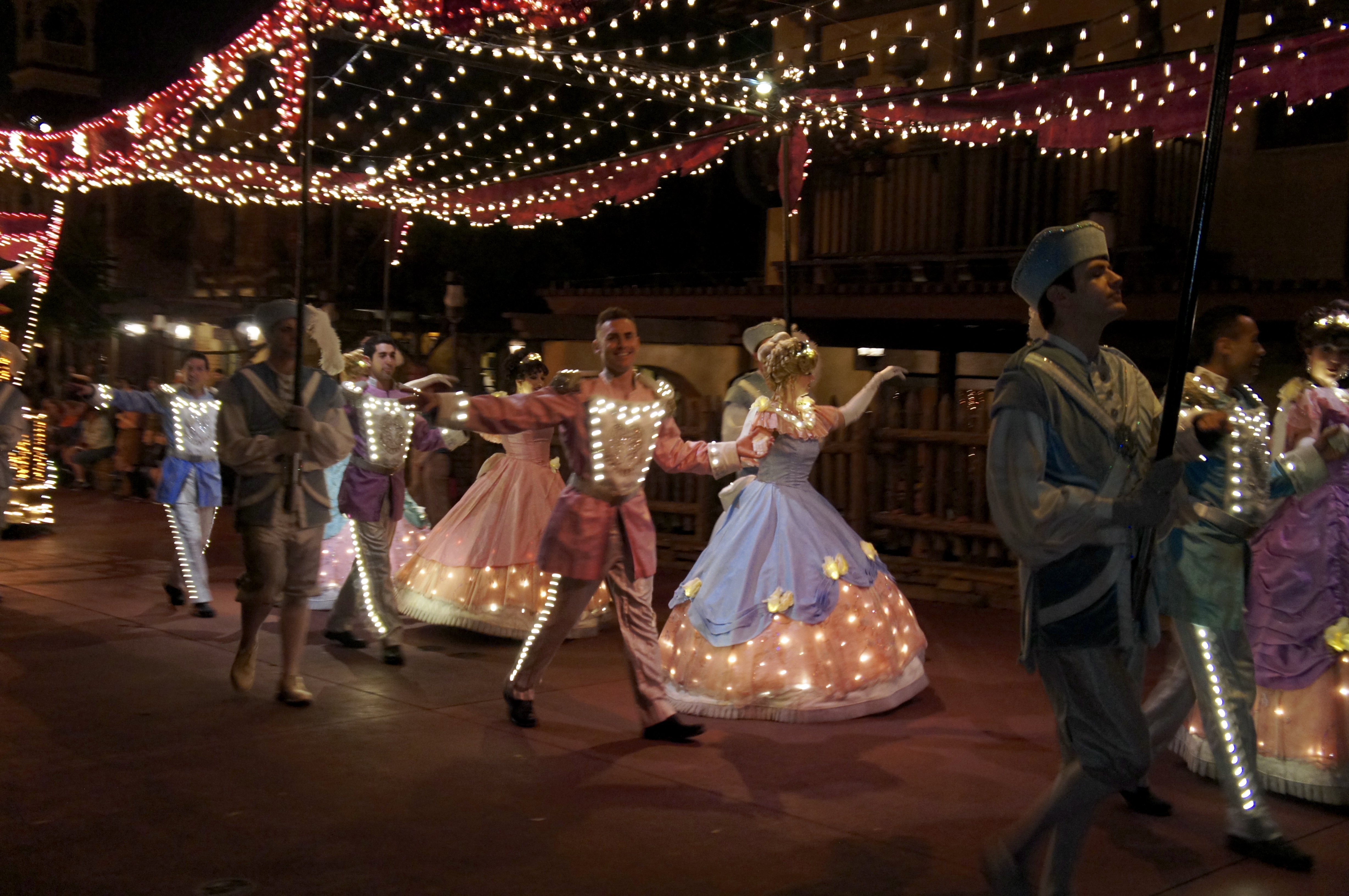 Obviously as Magic Kingdom is the home of Cinderella, that segment was the largest, the two Ugly Step-Sisters were an absolute scream and Prince Charmings reactions to them trying to get his attention were really funny too 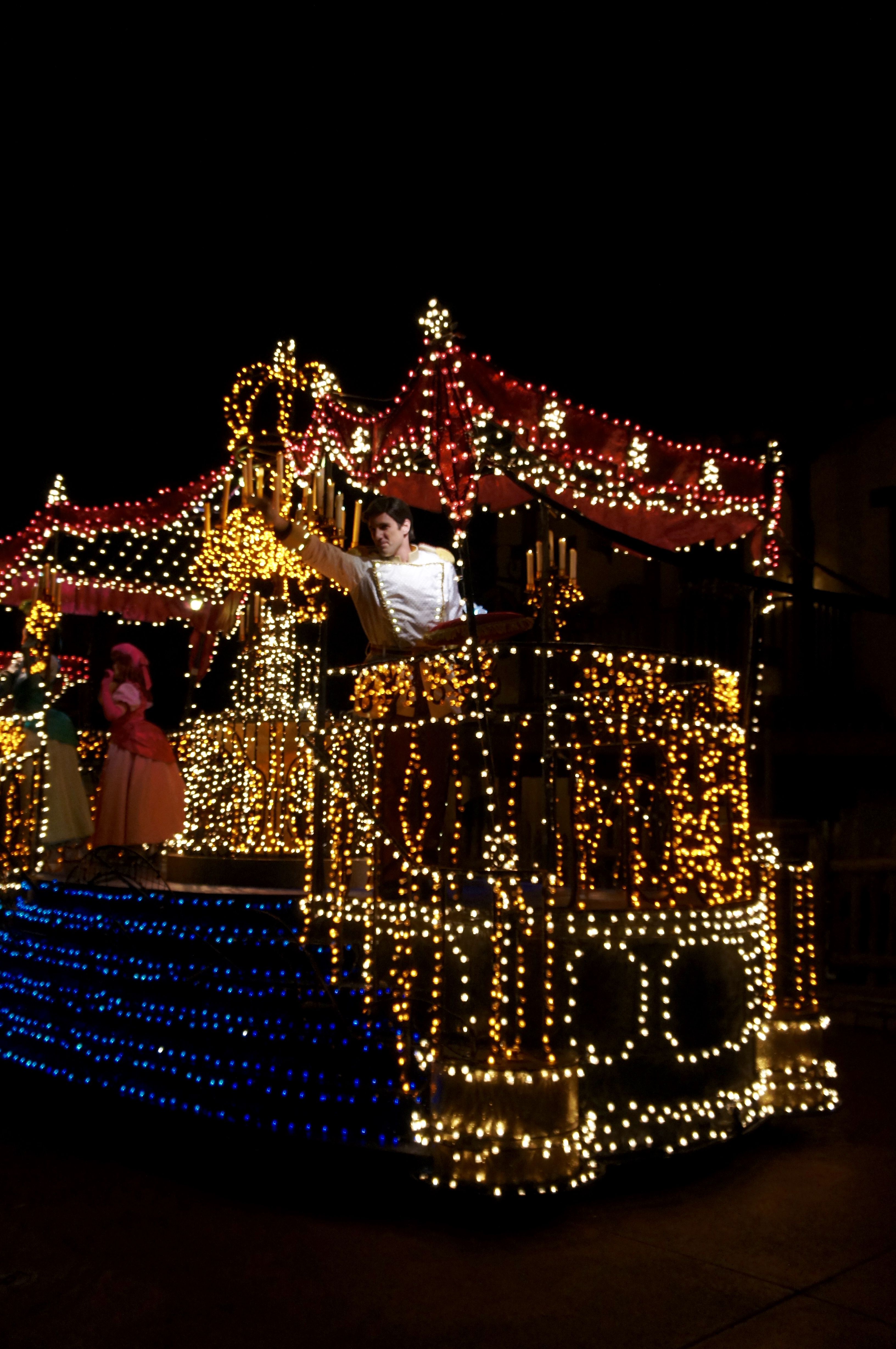 Big Ben marked the start of the Peter Pan grouping 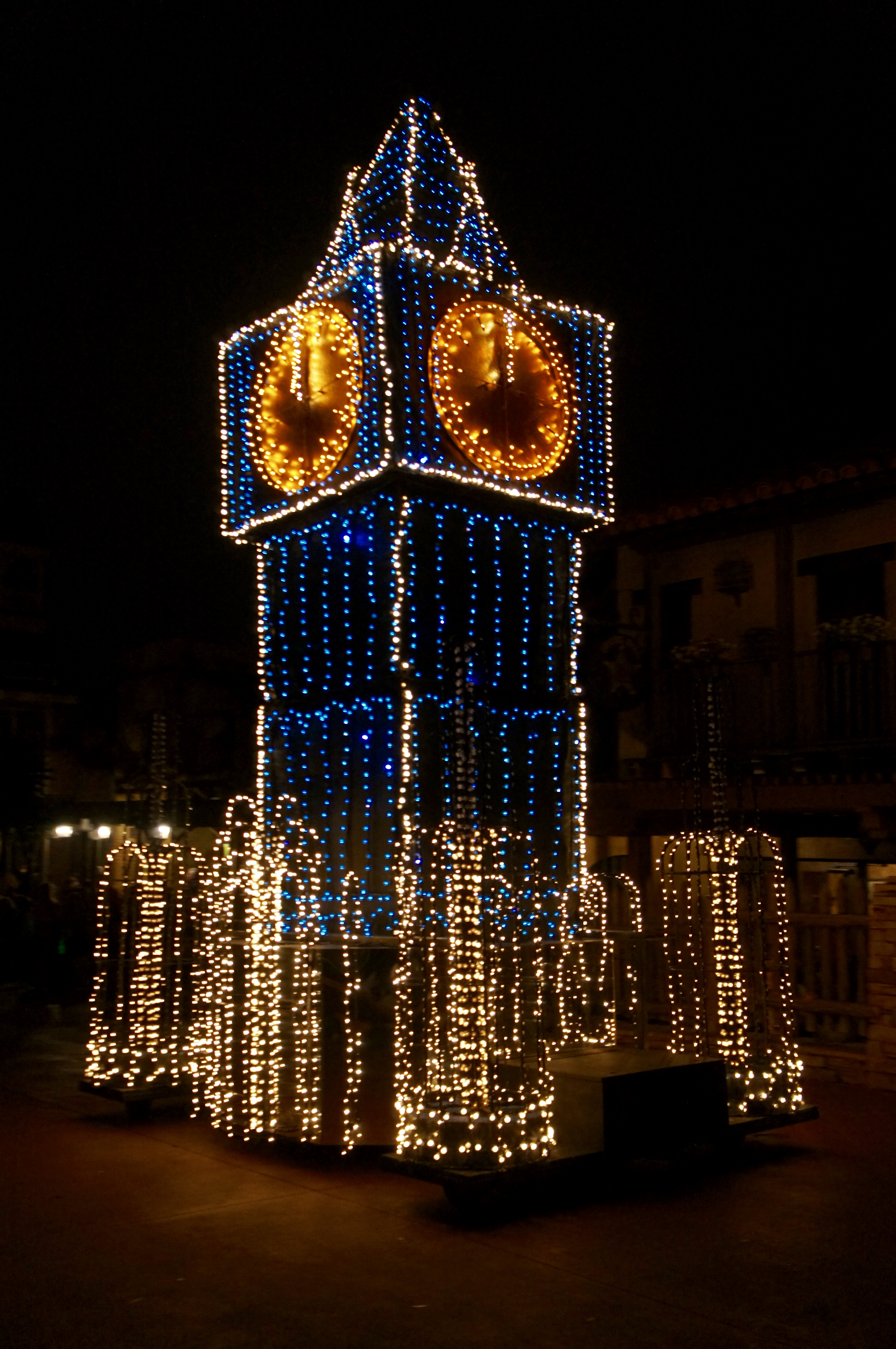 Represented by Captain Hook, a few pirates and Mr. Smee, who was following behind them in his own little row boat. I was a bit disappointed that there was no Peter, Wendy, John or Michael to be seen, though perhaps they were on the other side of Hooks ship so I just missed them? 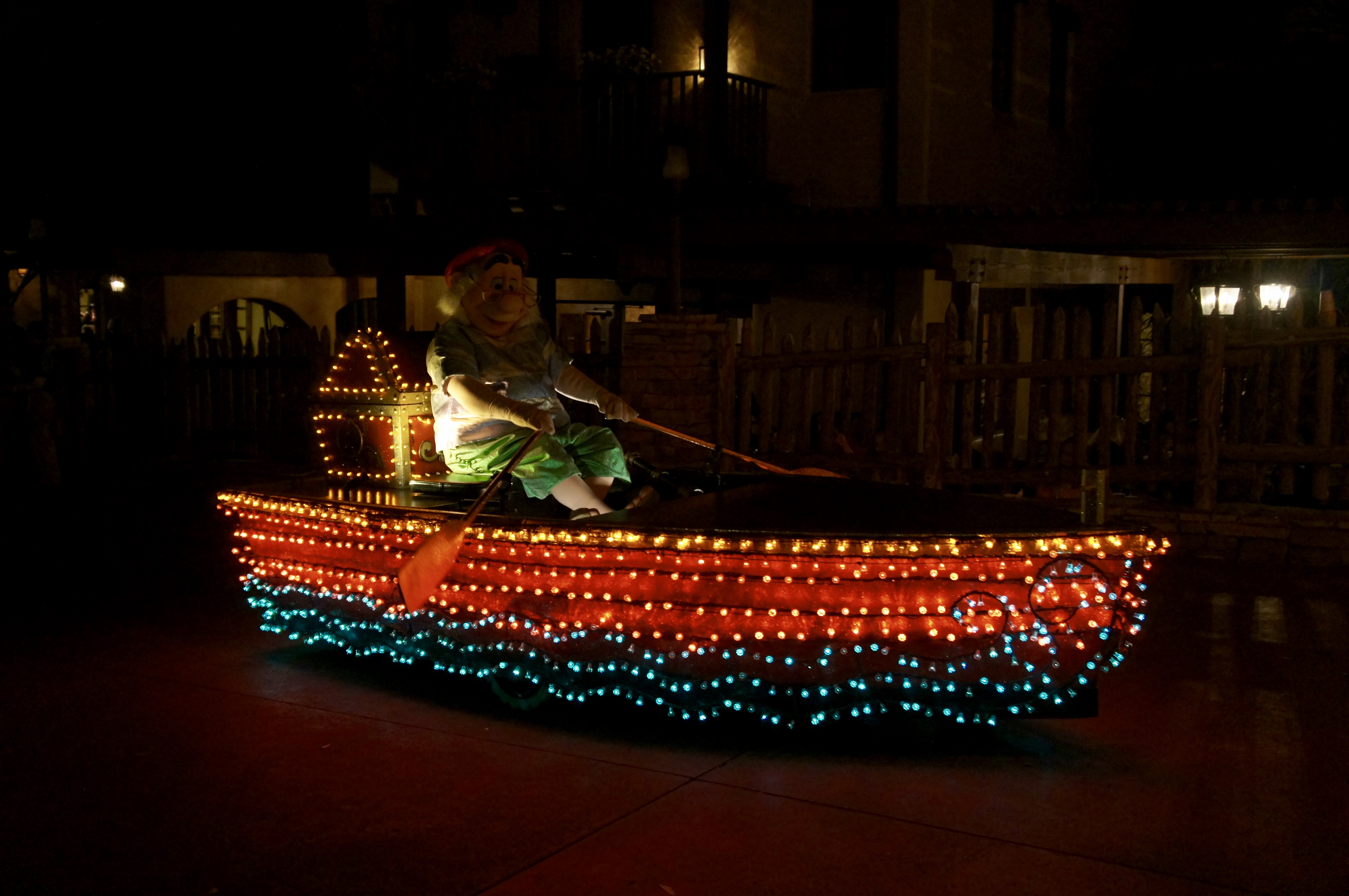 Dopey was up next and was such a little poser! 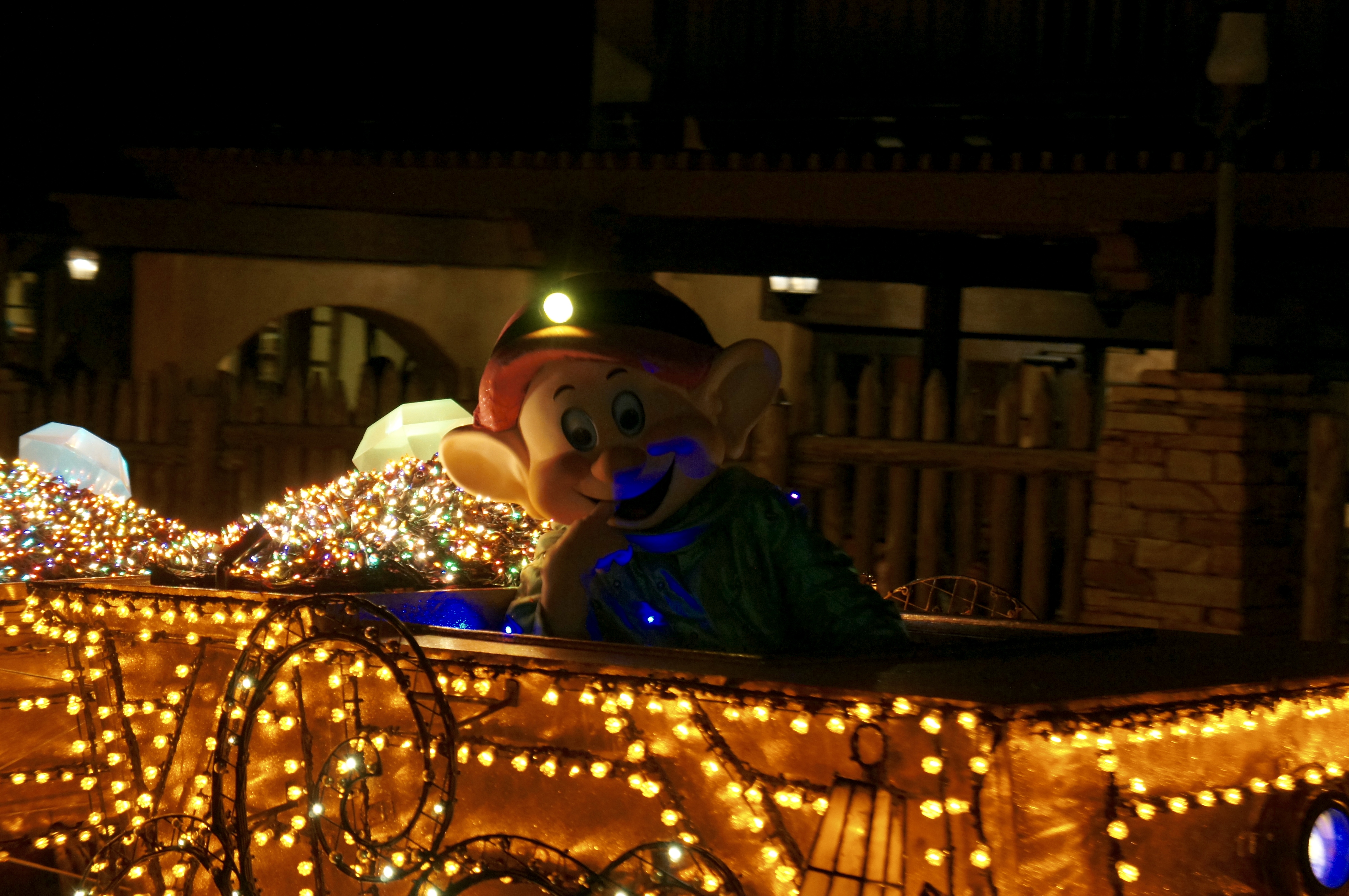 He was followed by the other Dwarfs and Snow White, but as they were dancing circles round each other quite vigorously, none of those photos came out too well!

Pinocchio was next, waving madly to everyone 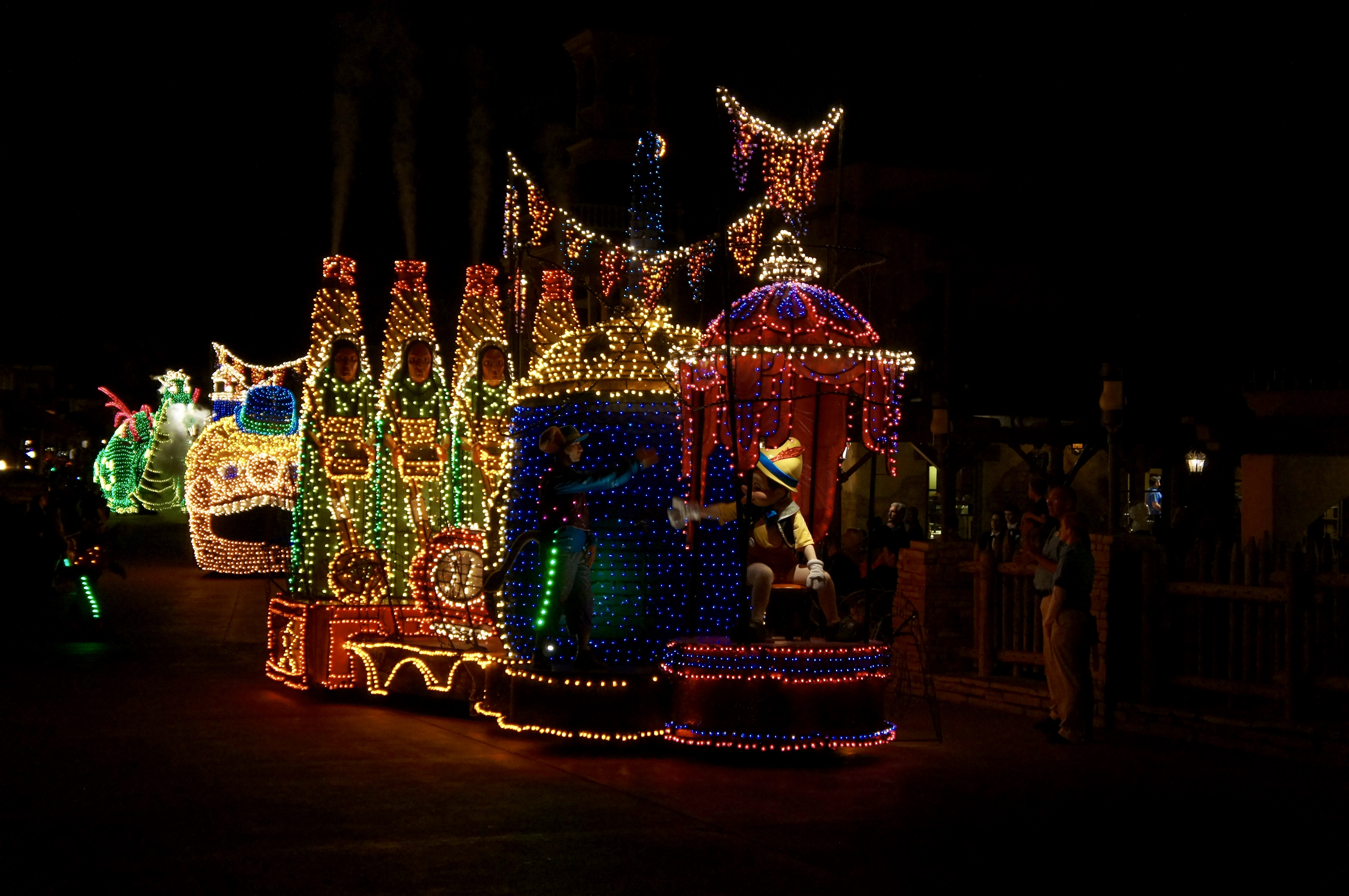 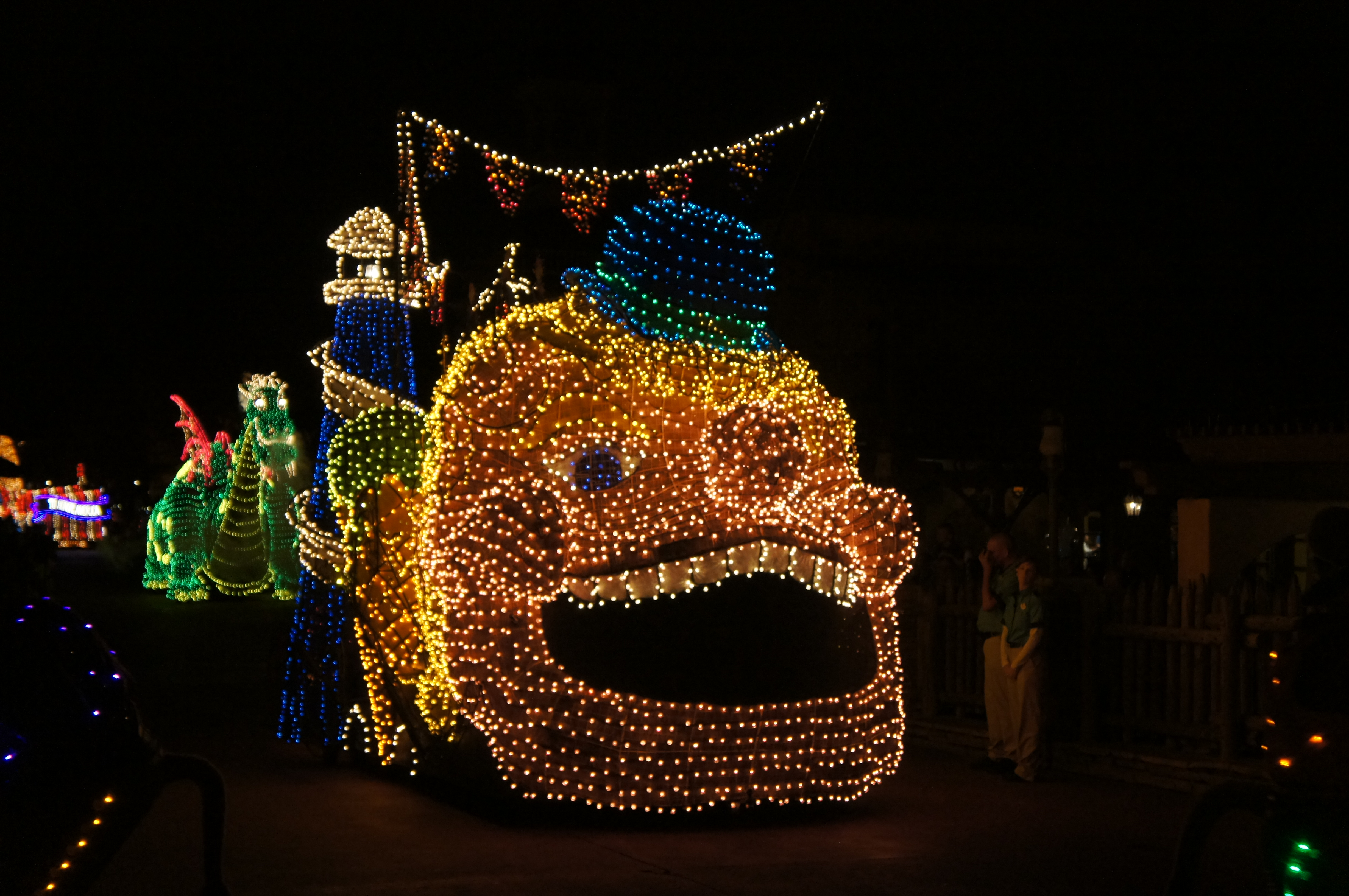 Followed by my favourite of the lot, Pete’s Dragon! Huffing and puffing through his nostrils the whole way along the parade route! 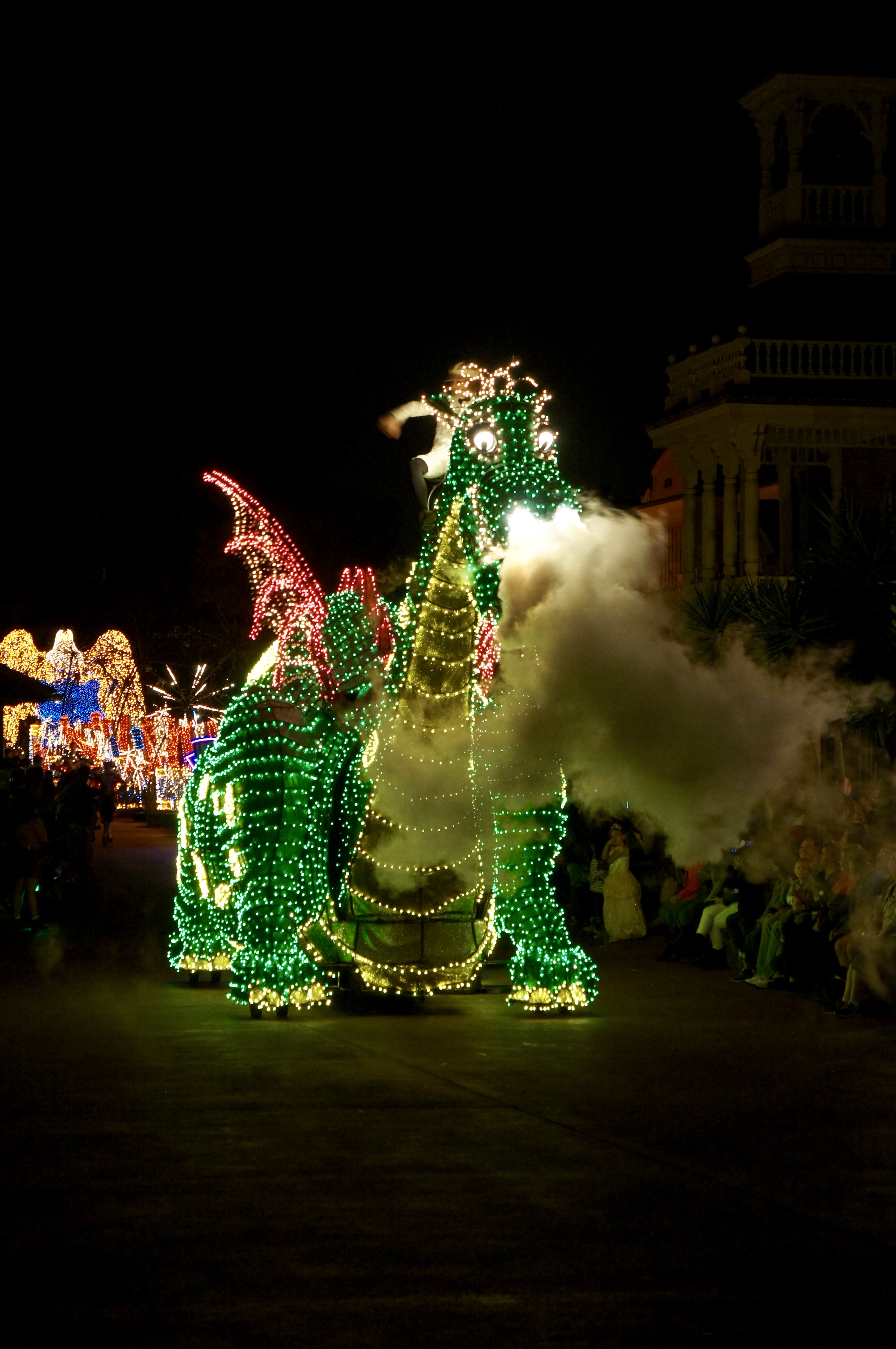 After the last float, Himself and I high tailed it over to the Seven Dwarfs Mine Train, but to our amazement (just like before the parade), there was a wait time of 2hours 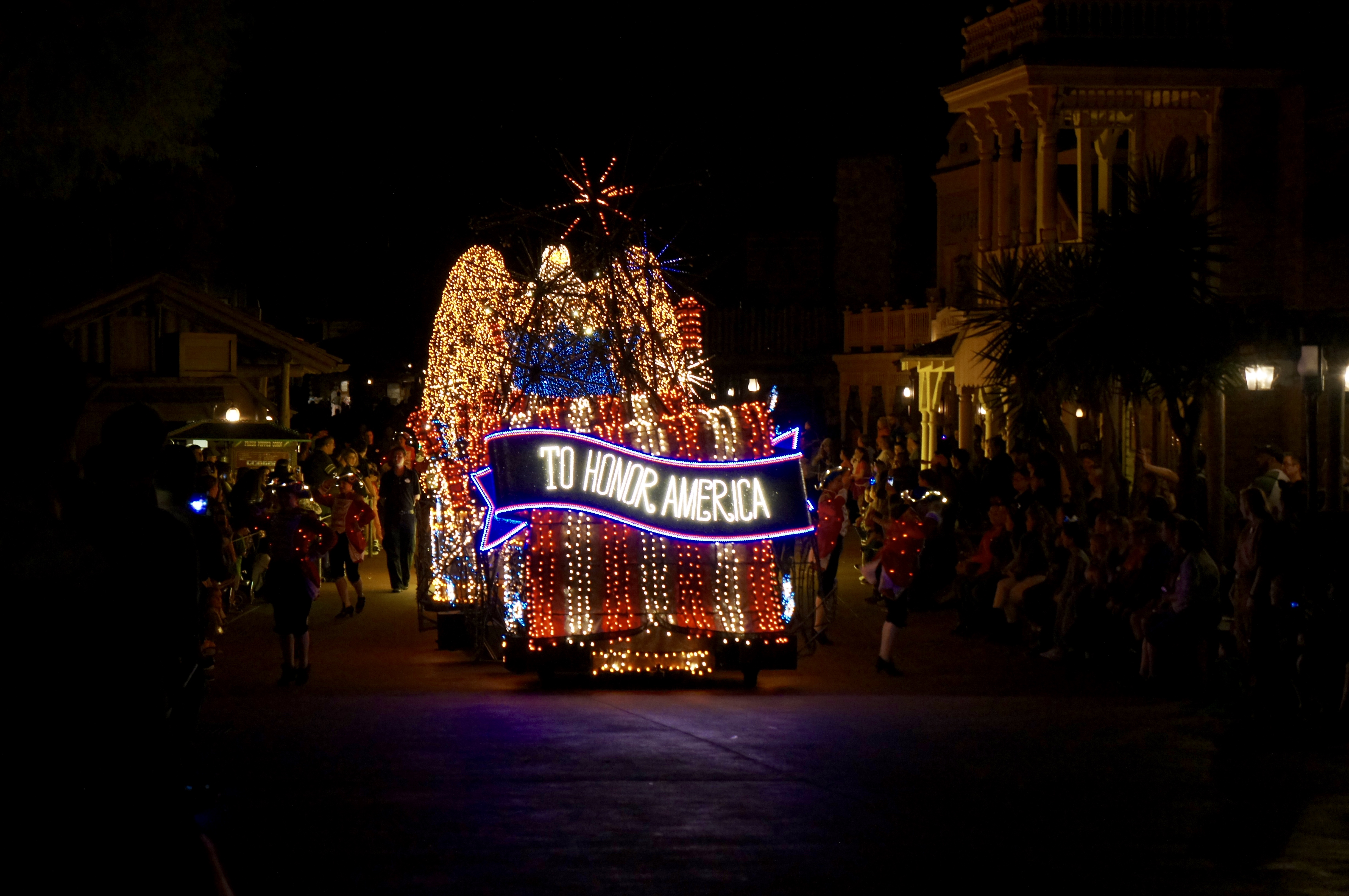 The Photos weren’t working that night though which was a real shame, so here are a couple from the two mornings we were there instead 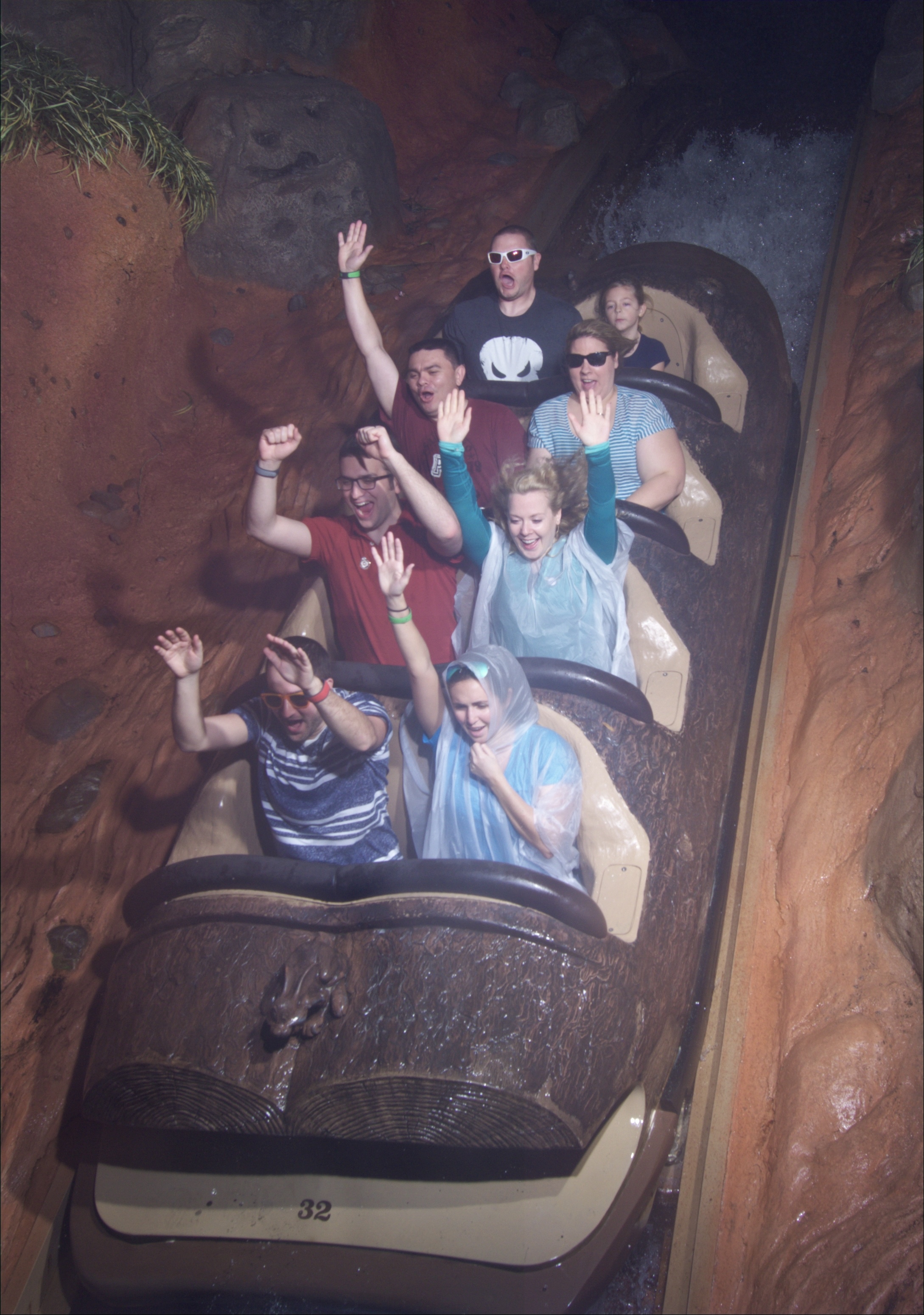 One of the mornings we were there it was LASHING rain. The folks wearing ponchos soon admitted defeat as they were as drenched as us by the end of it, but despite the rain, everyone was having an absolute blast! 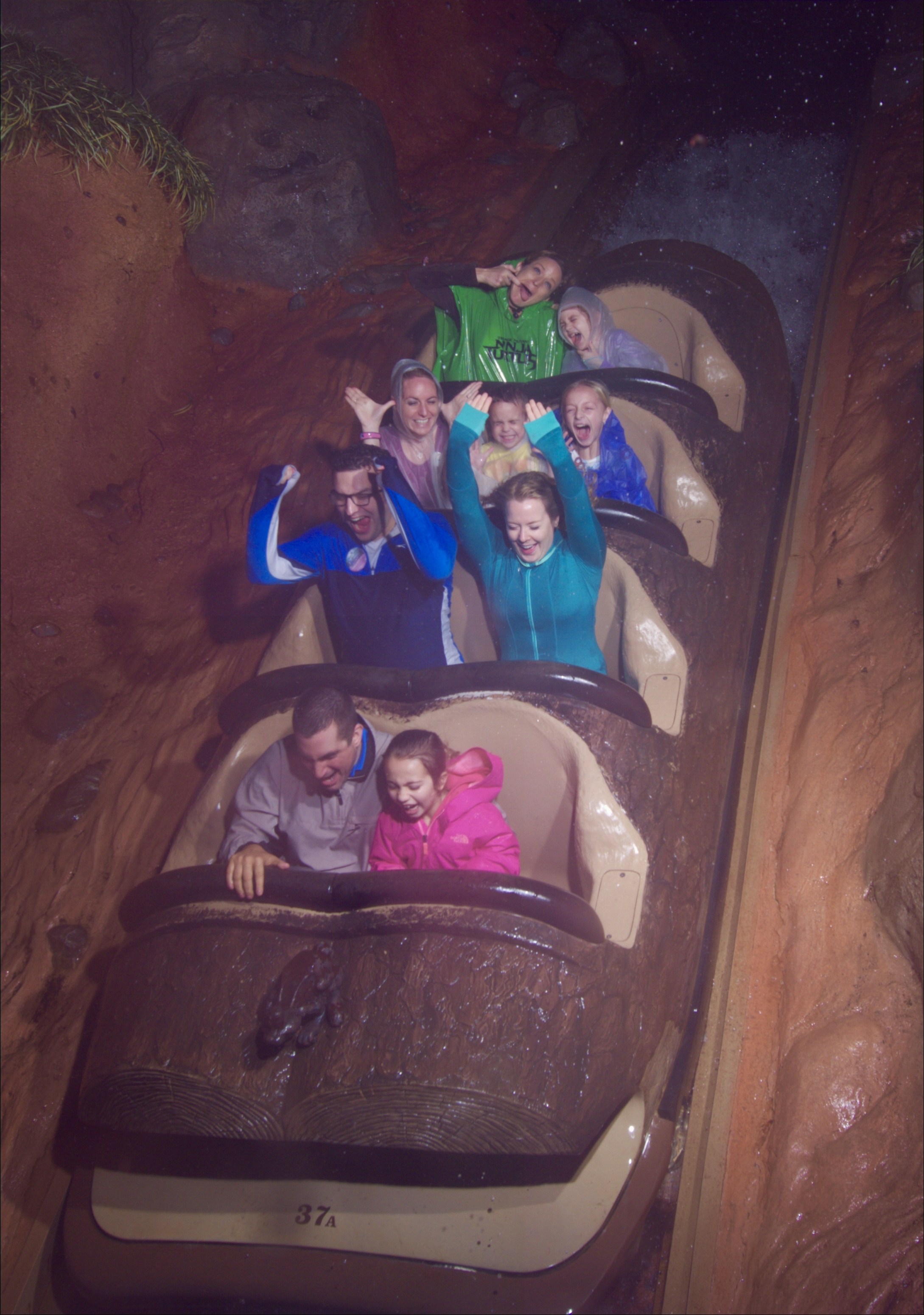 I would definitely recommend picking a night during your stay to catch a parade, or even better, watch the parade one night, then skip it the next and go on all the rides while everyone else is distracted!!