On a dull, cloudy morning, we set off to spend our first full day in Disney, in Magic Kingdom 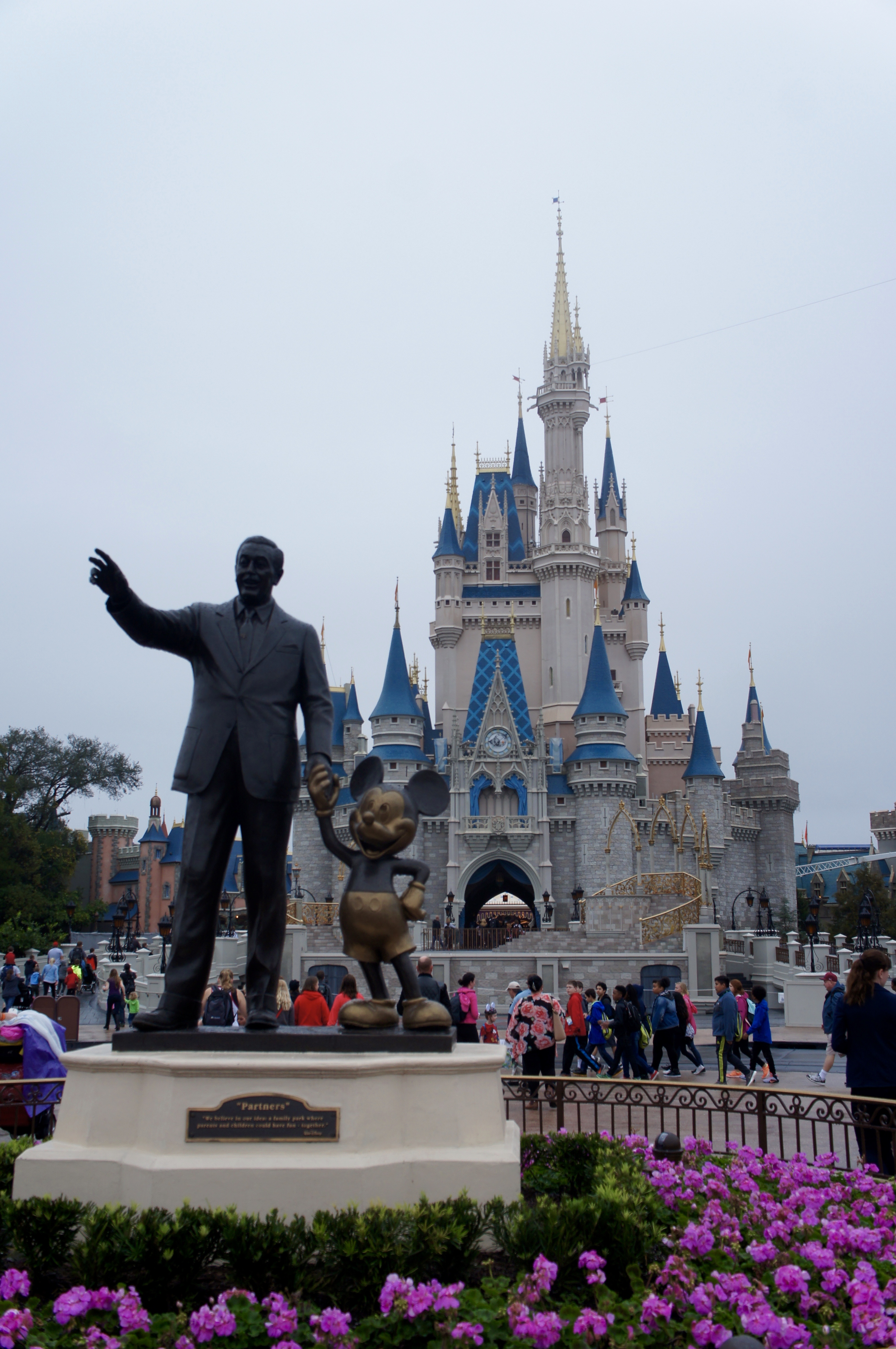 After months of planning, it was a bit surreal to actually be here, but six days into our Honeymoon the time had come to take on Disney and were weren’t going to let a little rain and cloud dampen our spirits! 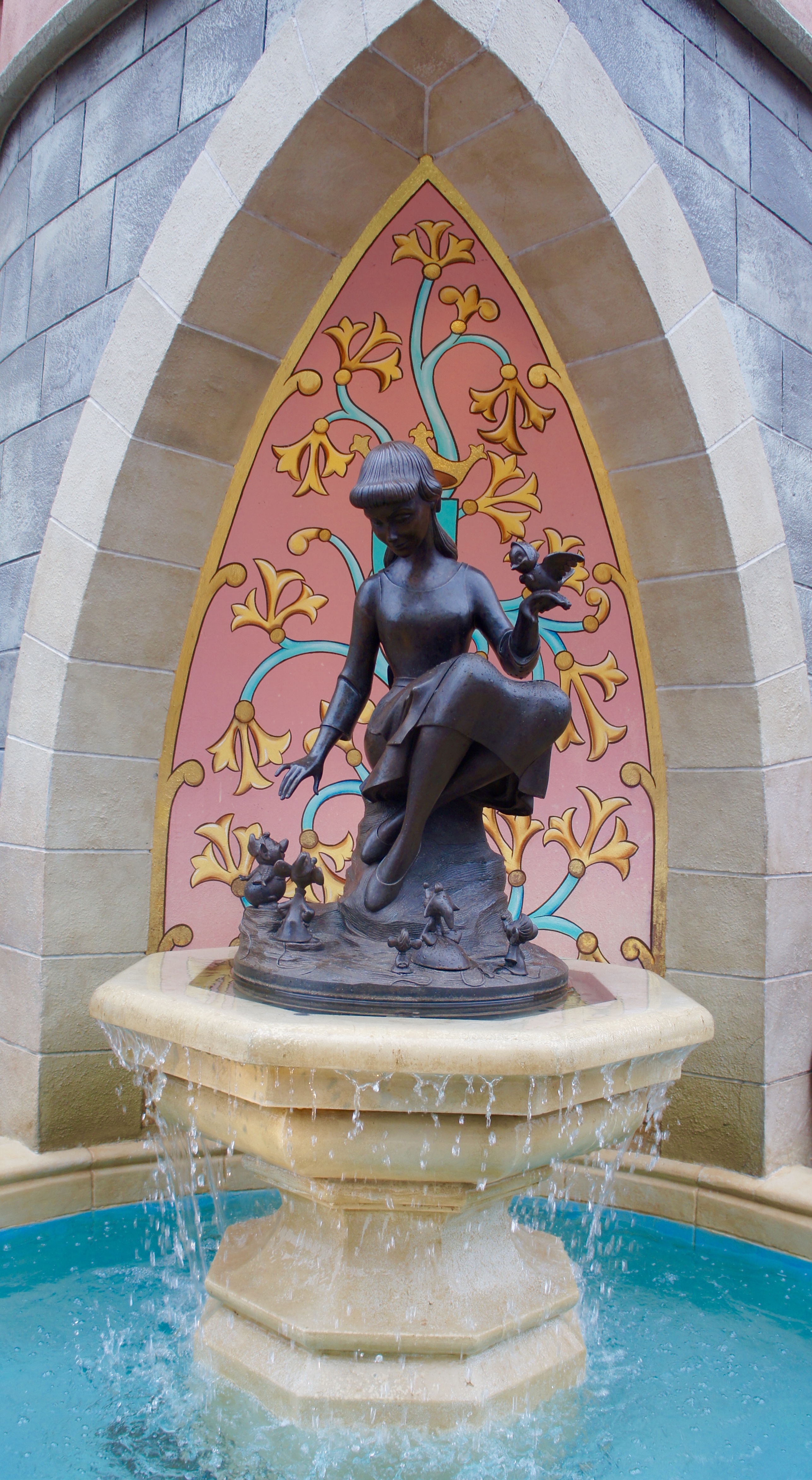 What you will no doubt learn (if you don’t know this about me already), I LOVE Disney films, I love them all, but there are a few that hold a very treasured place in my heart and one such film and character is “Cinderella” – so you can imagine how excited I was to visit her castle! 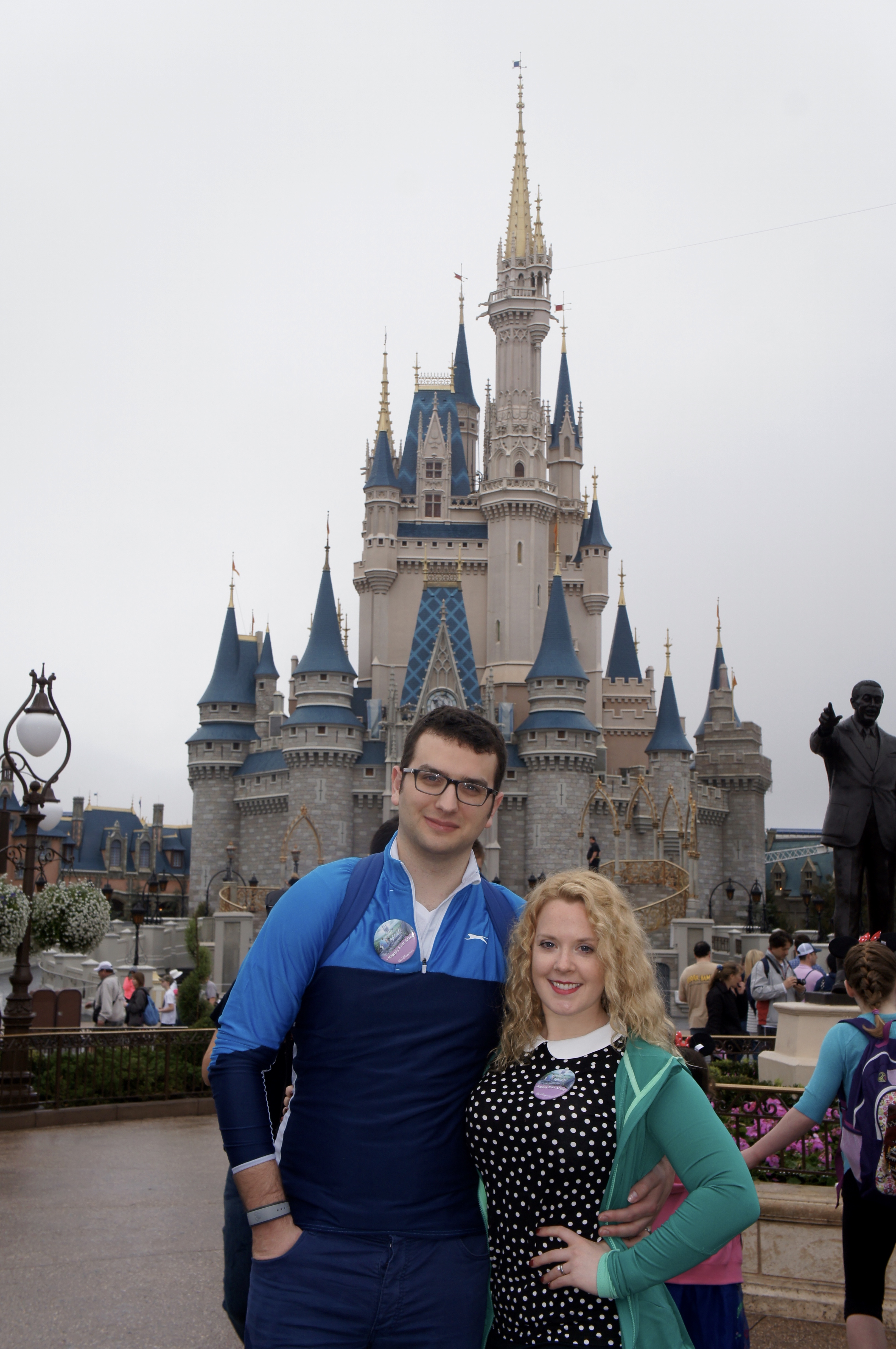 We went to Mickey Mouse’s private meet’n’greet dressing room early on, he was full of chat about our wedding, the fact that we were on our honeymoon and asking all about Ireland and how much he loved it there – very chatty fellow so he is! 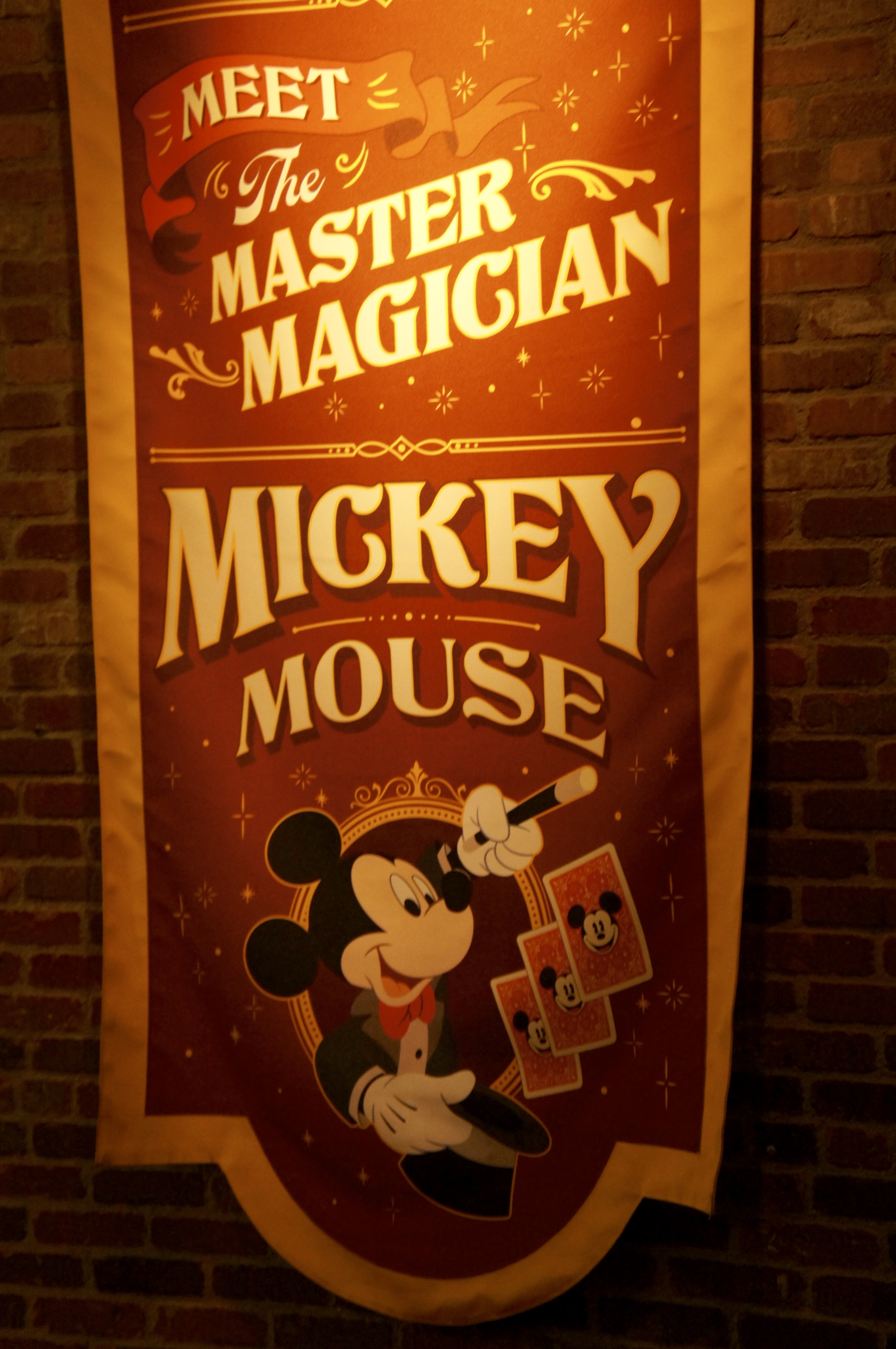 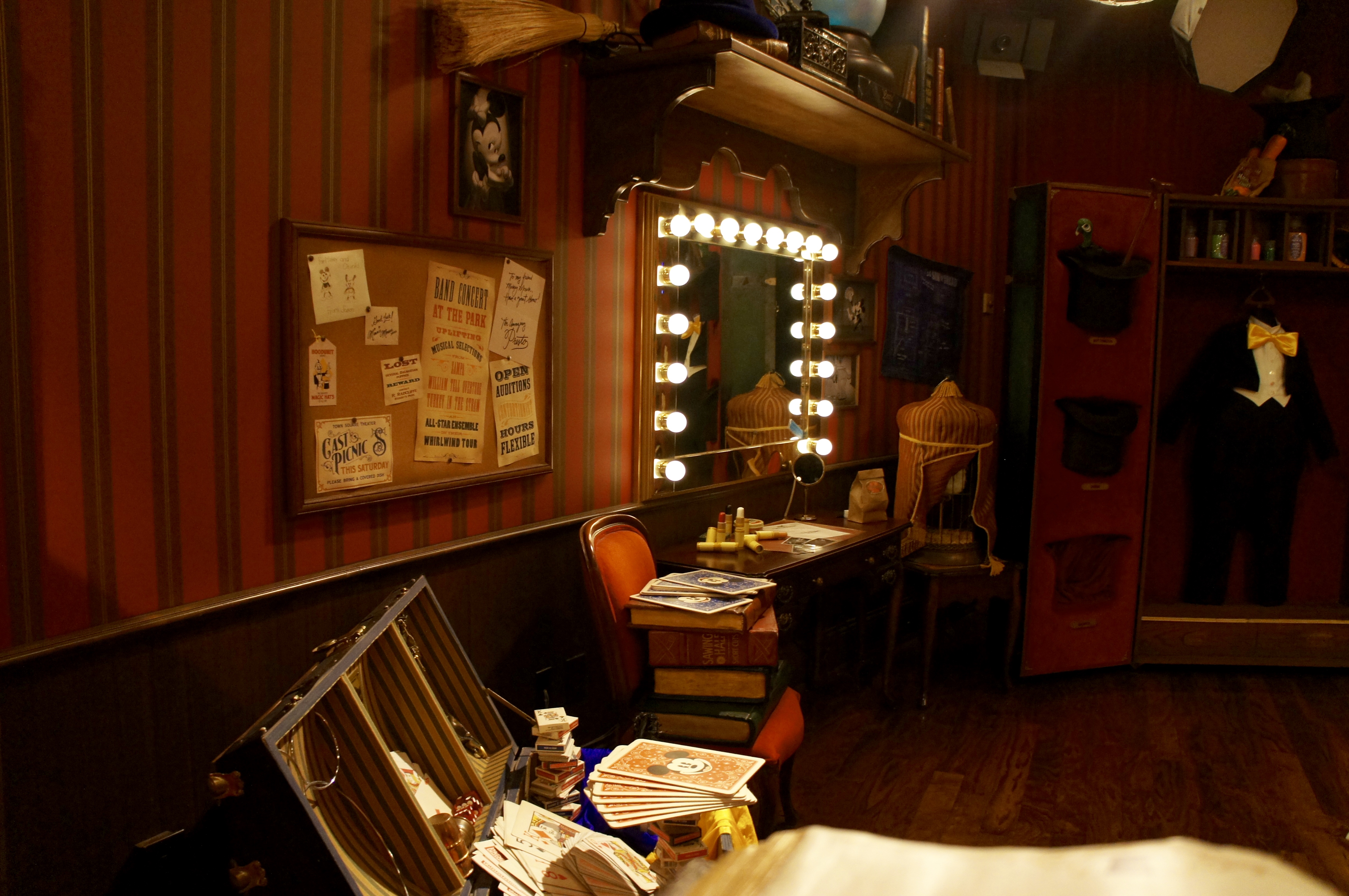 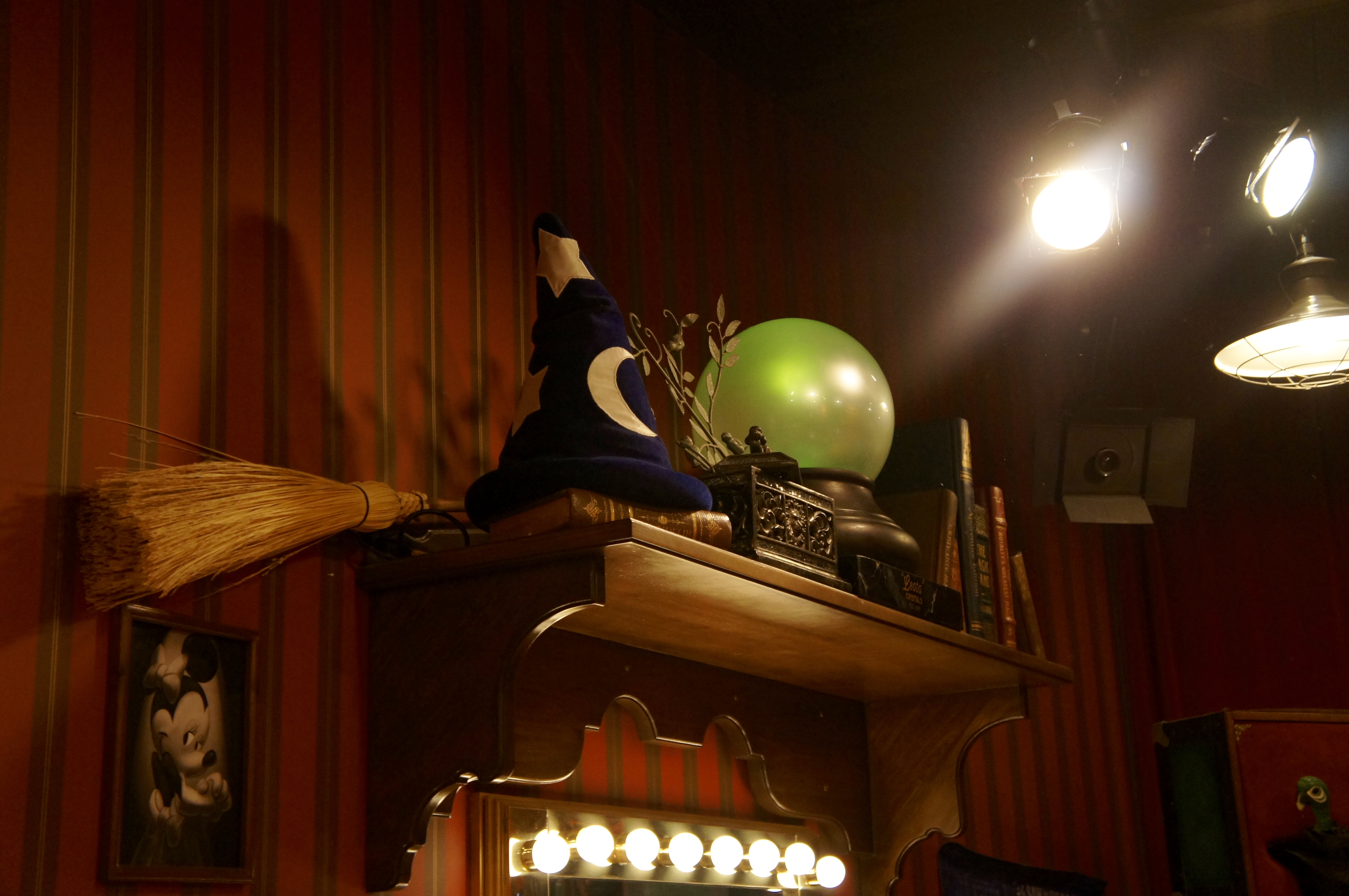 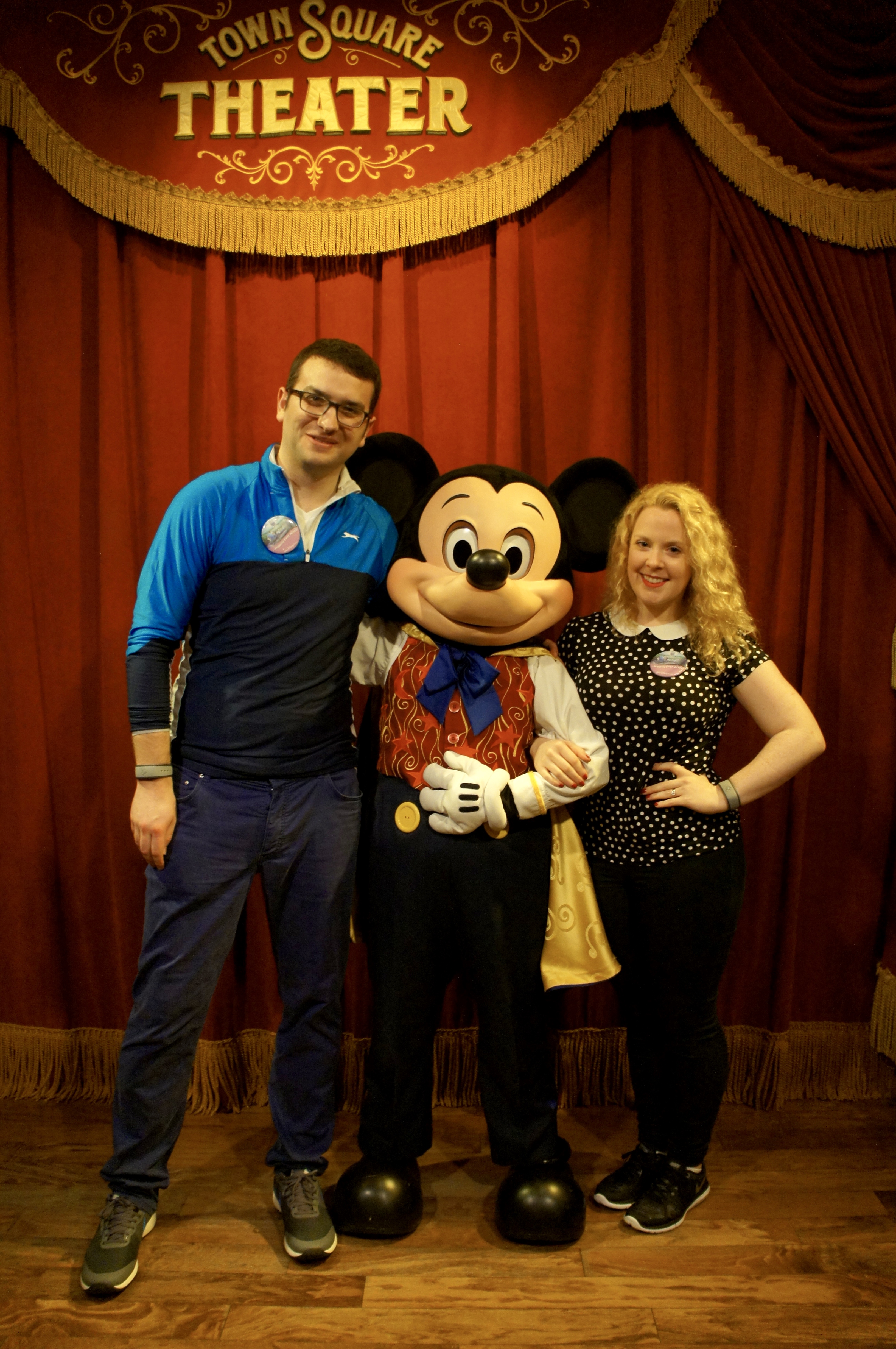 After some time well spent with Mr. Mouse, I found some ears that I thought suited us perfectly…Himself agreed to a photo, but the foot came down flat when I *jokingly suggested we buy them, in hindsight, I think he was probably right. 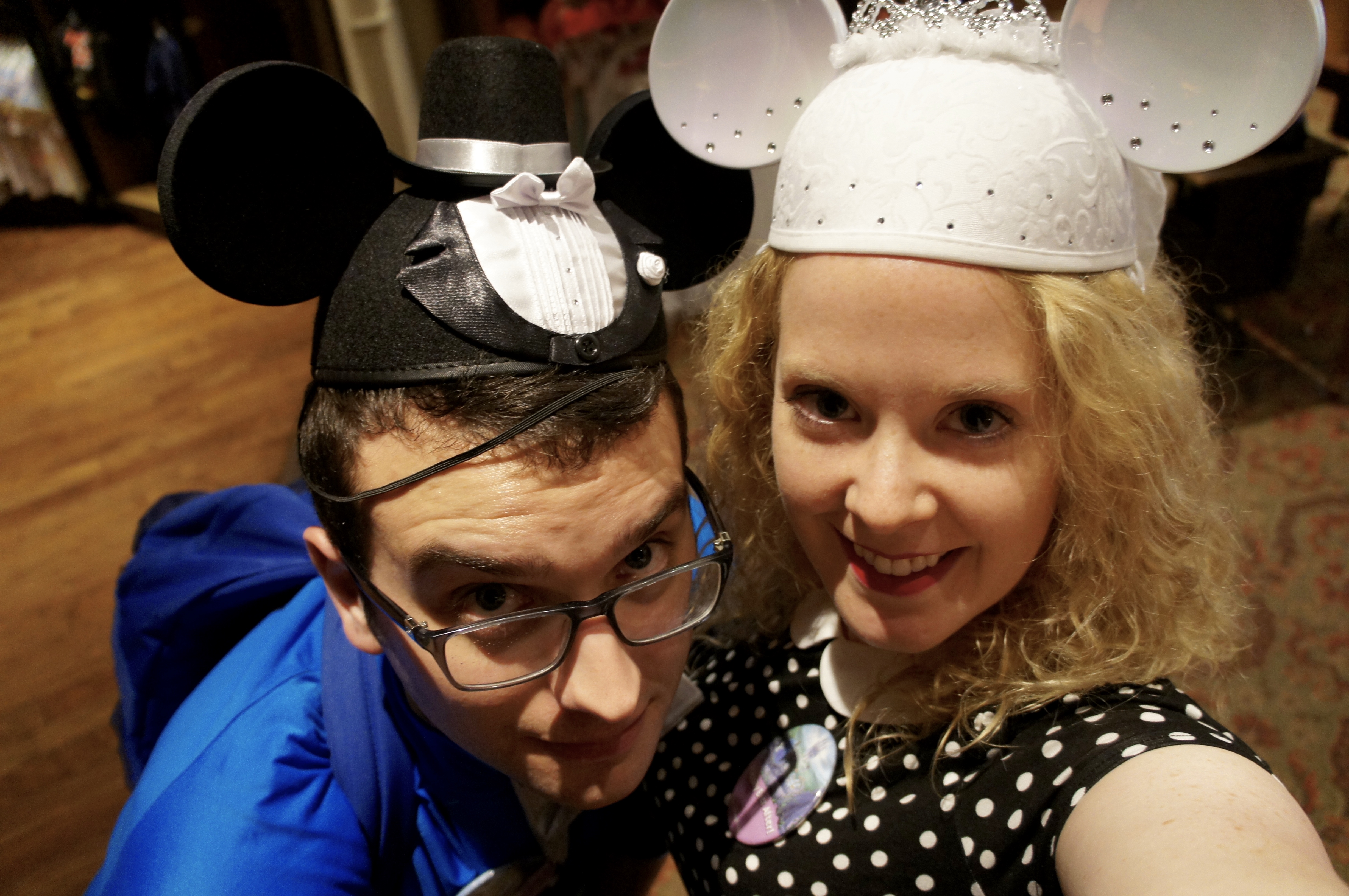 The Magic Kingdom is, on the whole, for the littles. We split our time there – a few hours over two mornings and one evening (to see the lights parade!). In total, we probably spent just under a day exploring. My advice, if it’s just two of you, that’s all you’d ever need!

Also, a word of warning, avoid the “Swiss Family Robinson Treehouse” in Adventureland, it is basically a vortex where time is stolen from you. There isn’t really anything particularly good to see and you can’t turn around, once you start up the steps, you have to follow each other like ants, one behind the other, all the way up before you can get back down again – total waste of time. 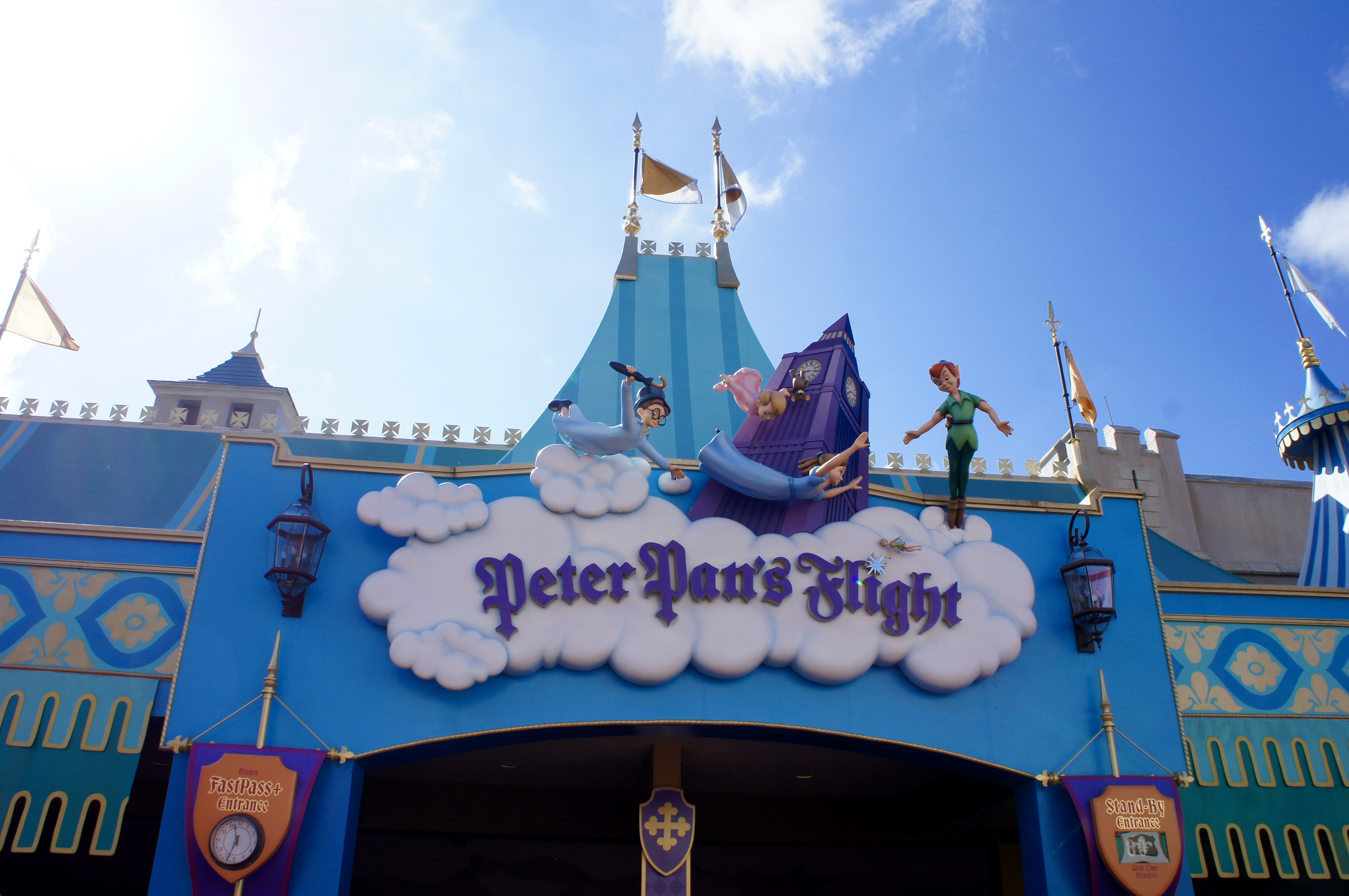 One of my favourite Magic Kingdom attractions, was Peter Pan’s Flight, not only because the ride itself is pure magic, but because, like in Hogsmeade, the queue is such a huge part of it 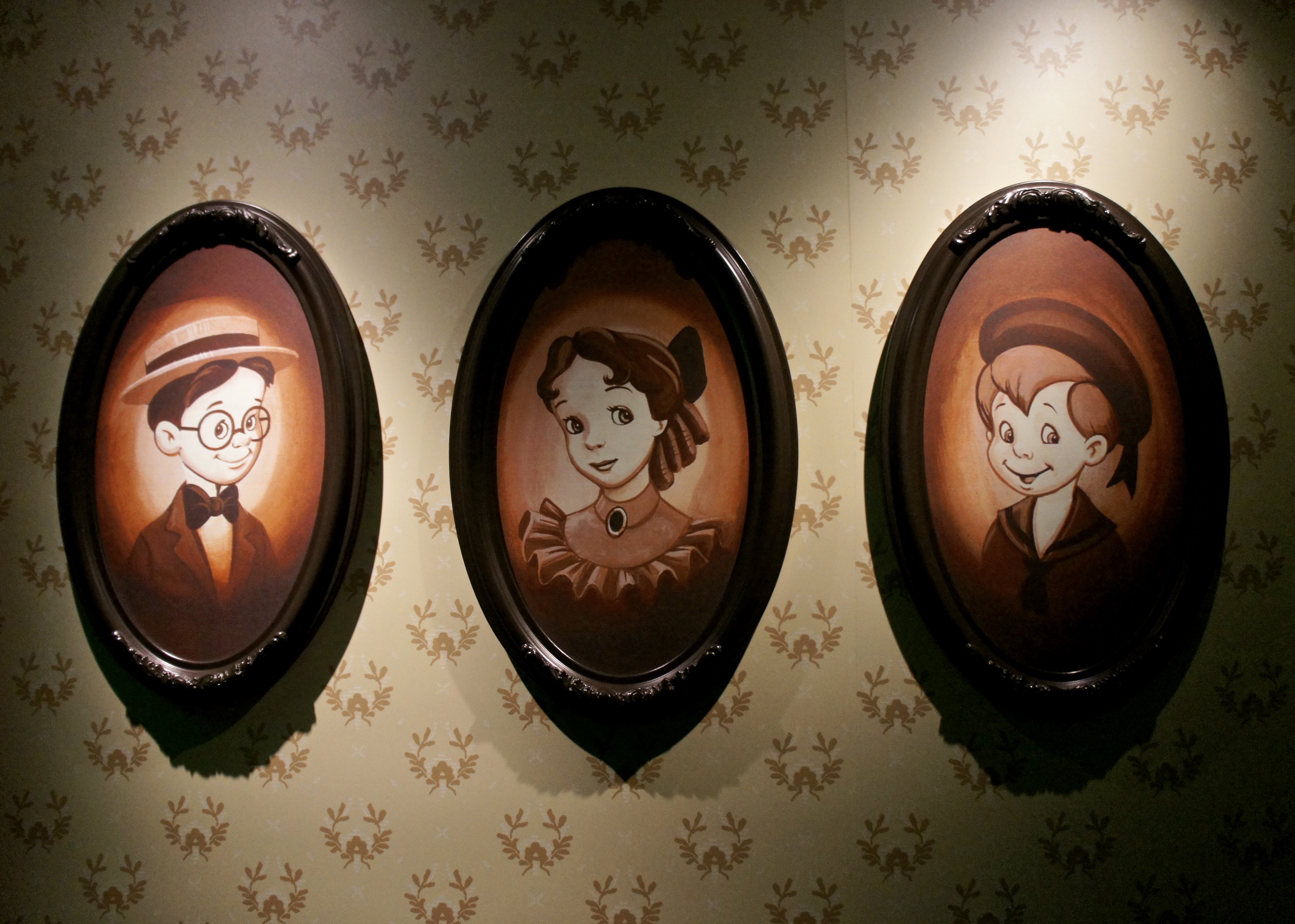 You wind your way through the Darlings home in London and Tink even visits from time to time – I just loved it! 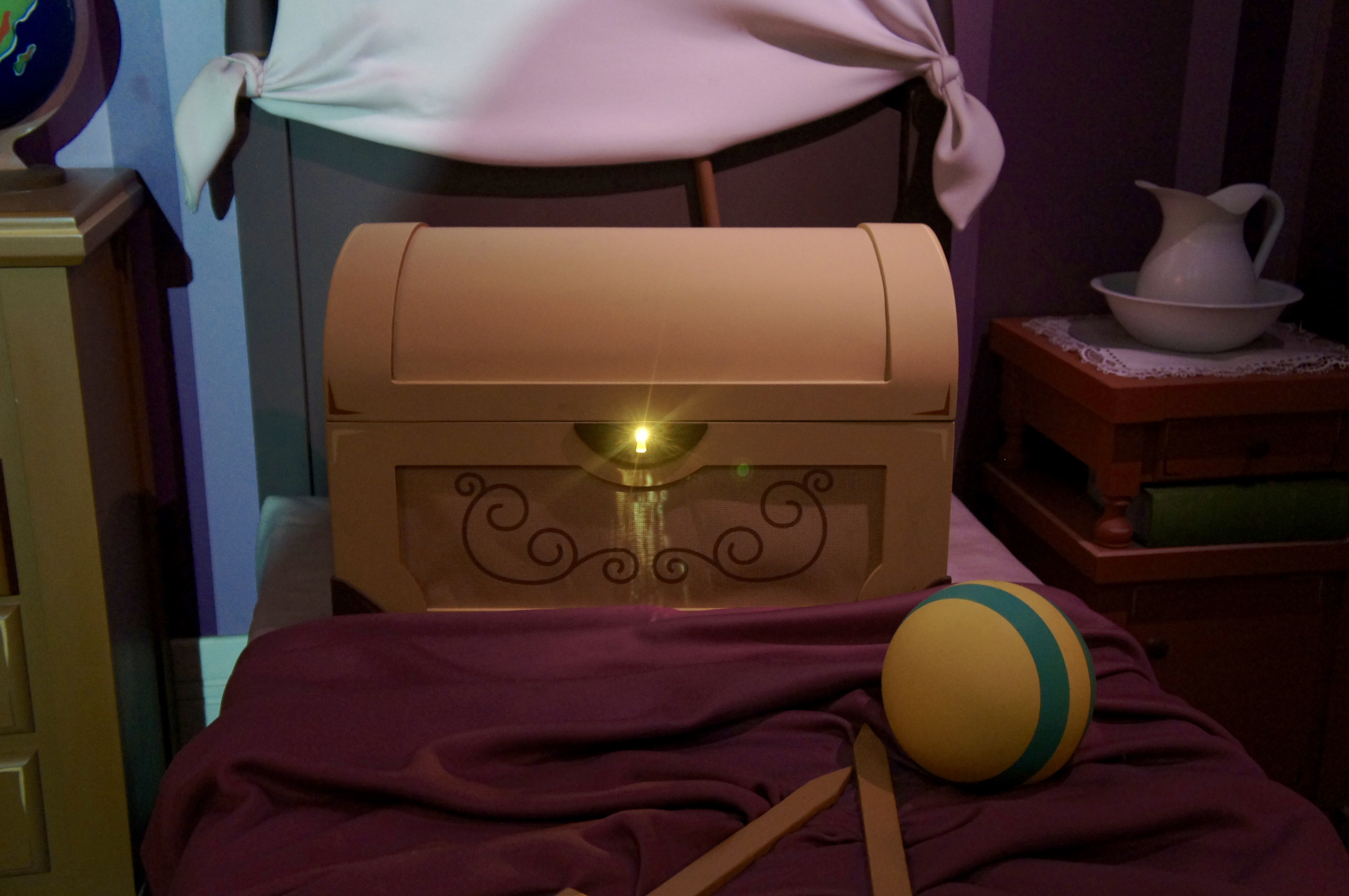 Another attraction that we positively adored was “Mickey’s Philharmagic” which is a 4D Film, starring Donald Duck and as you can see from the picture below, chaos ensues! 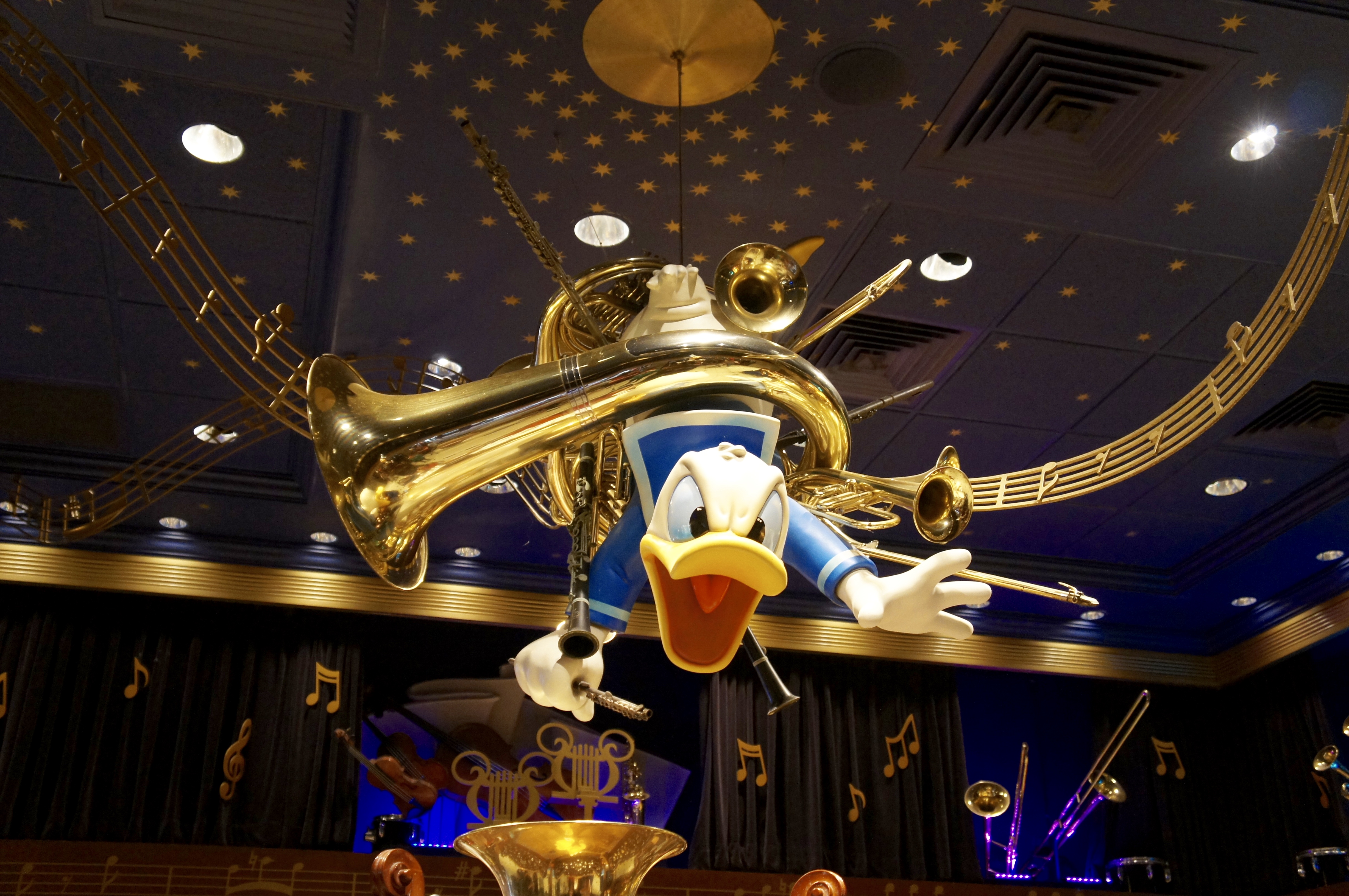 But Magic Kingdom was made for me when I got to meet my spirit animal, ‘Marie’ from “The Aristocats” – total highlight!! 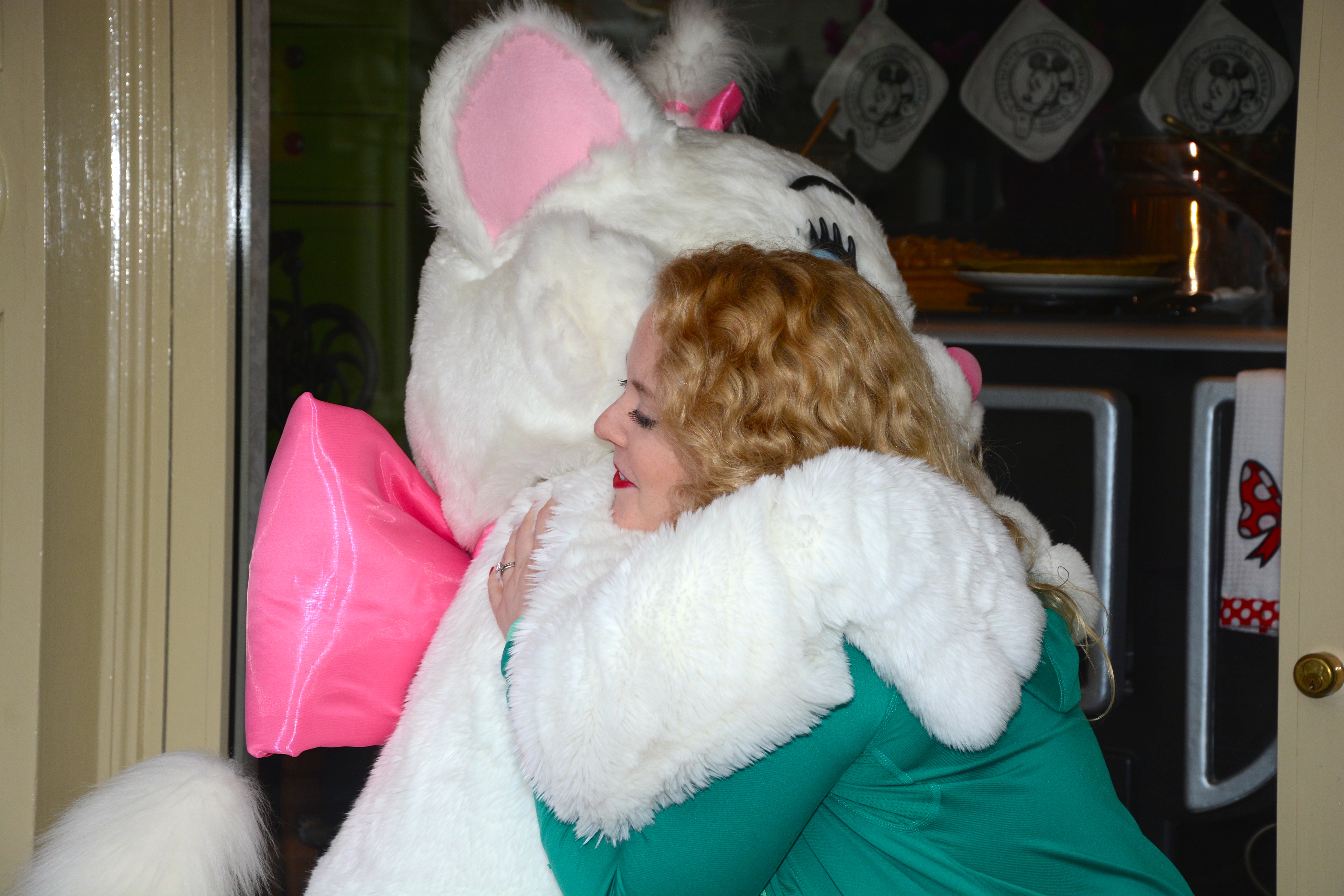 She went mad over my engagement/wedding rings, just like Doug had and it made my day! 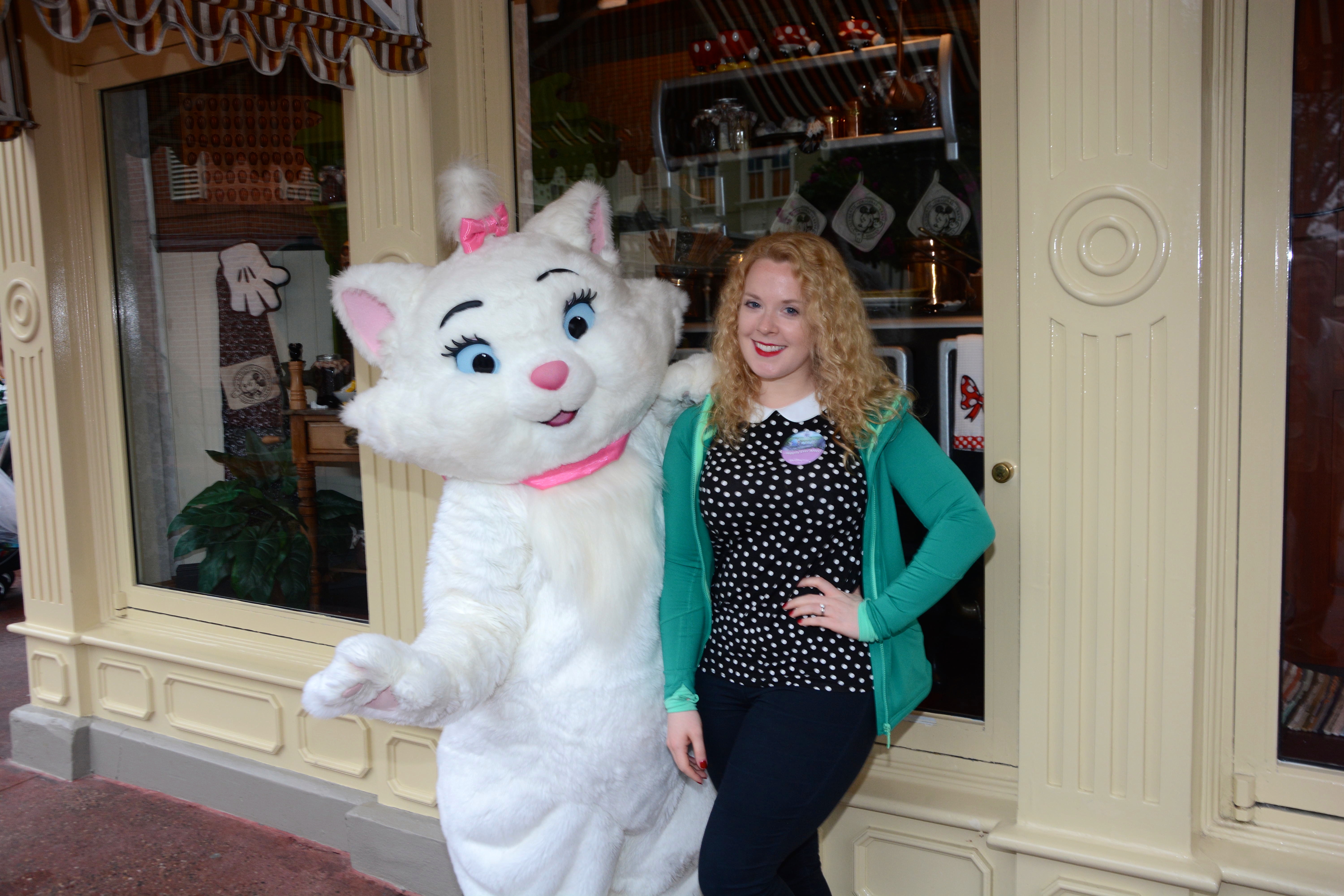 The longest queue in the whole park – consistently – was for “Seven Dwarfs Mine Train”, we went on it twice and it’s great, but I’m not totally sure it’s worth the three hours we spent queuing up for it (in total). Especially as we were there off peak, IMAGINE what that queue is like during the Summer….!

The second time we went on it though was way better because in our carriage, there were only adults and between Himself and the two fellas in front of us and their synchronised swaying, they had our carriage rocking from side to side as much as possible throughout the rollarcoaster – which was awesome!

But my all time favourite ride in Magic Kingdom has been the same since I was 14 years old, “Thunder Mountain”. Unfortunately there were no photos being taken on this ride for whatever reason, but I tells ya, we went on that one A LOT! Such a good time!!

It wasn’t all play though, I did manage to fit in some work too… 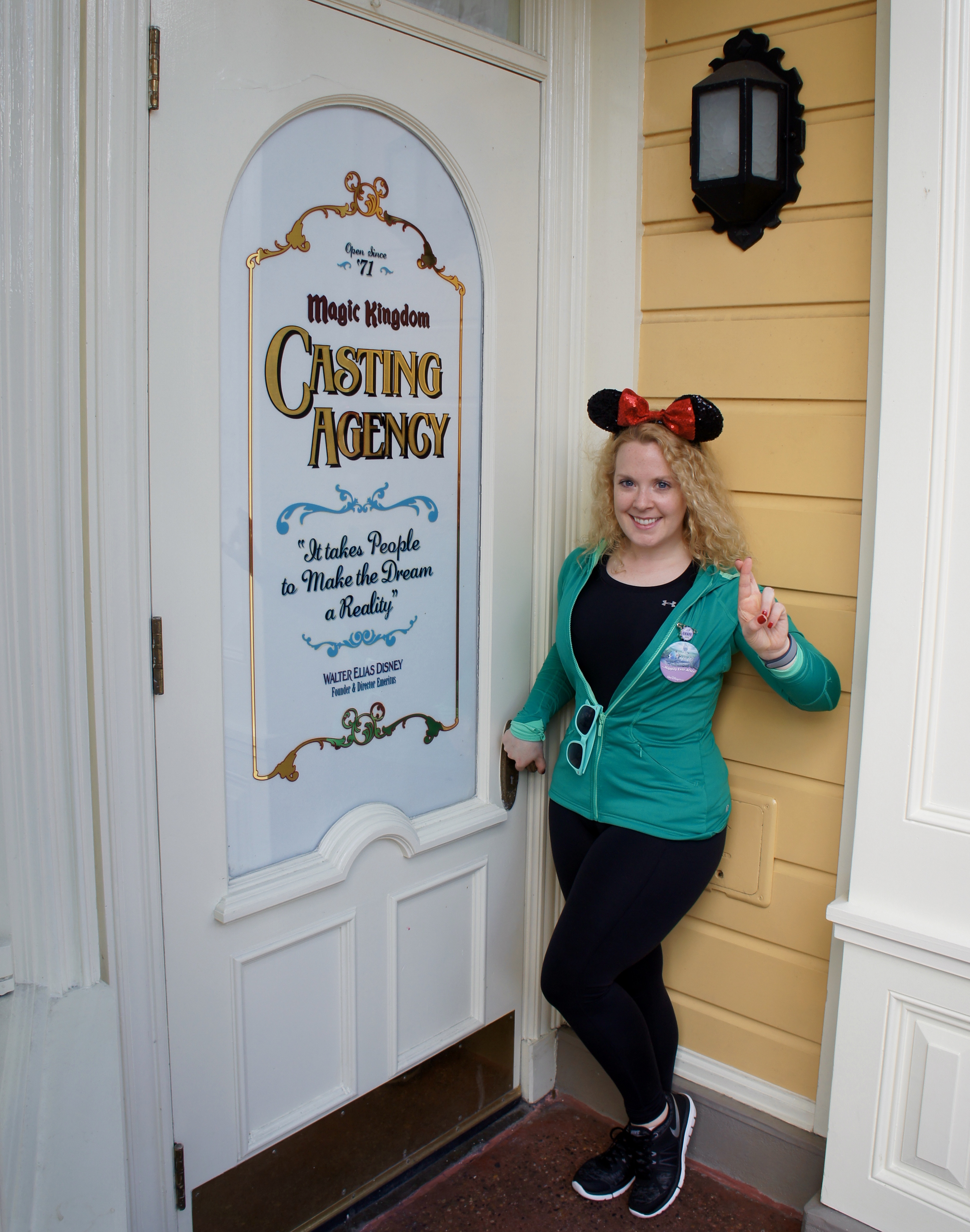 Strolling down Main Street is great, there’s such life to each and every shop, but this next one was probably our favourite! 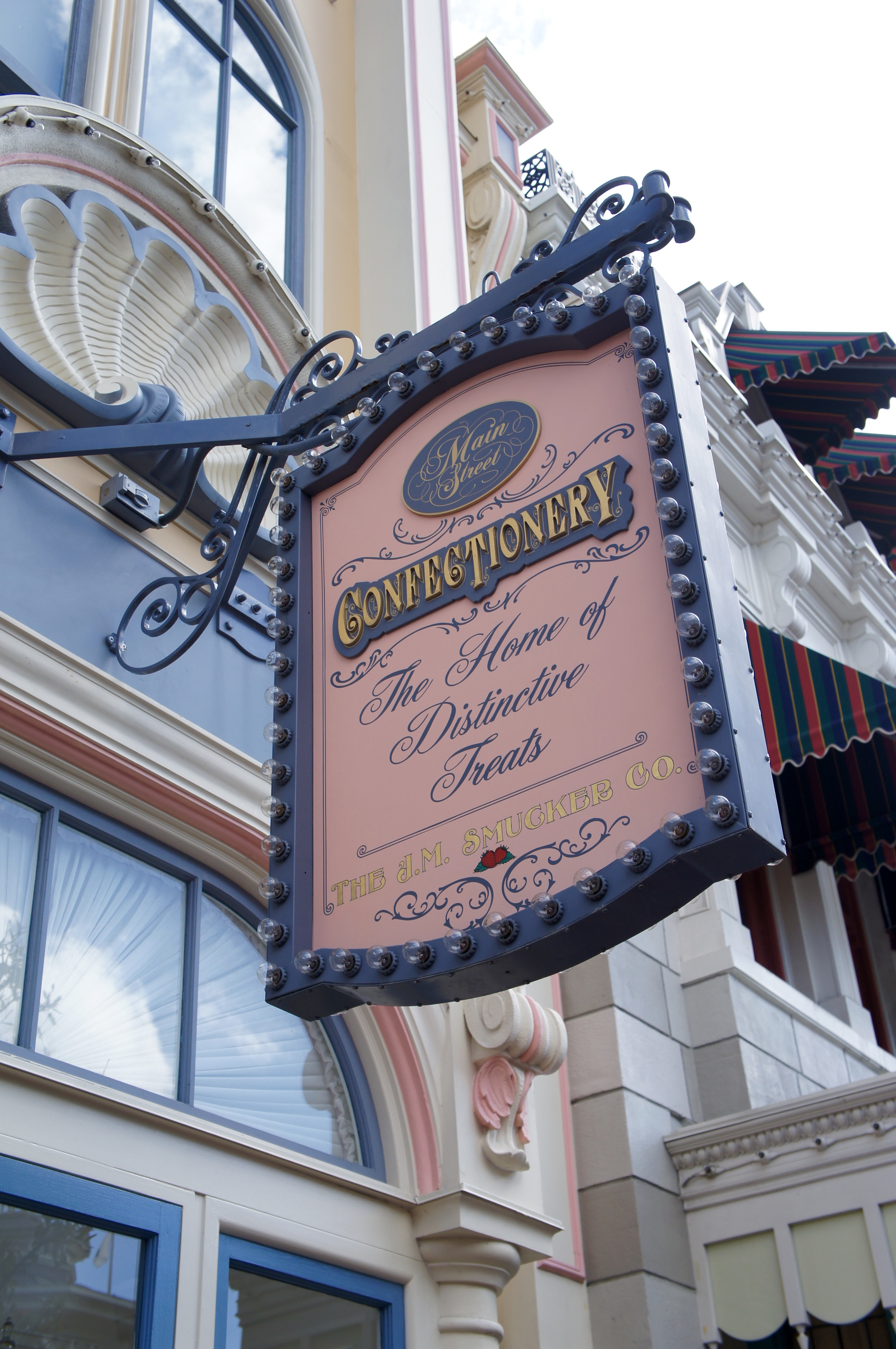 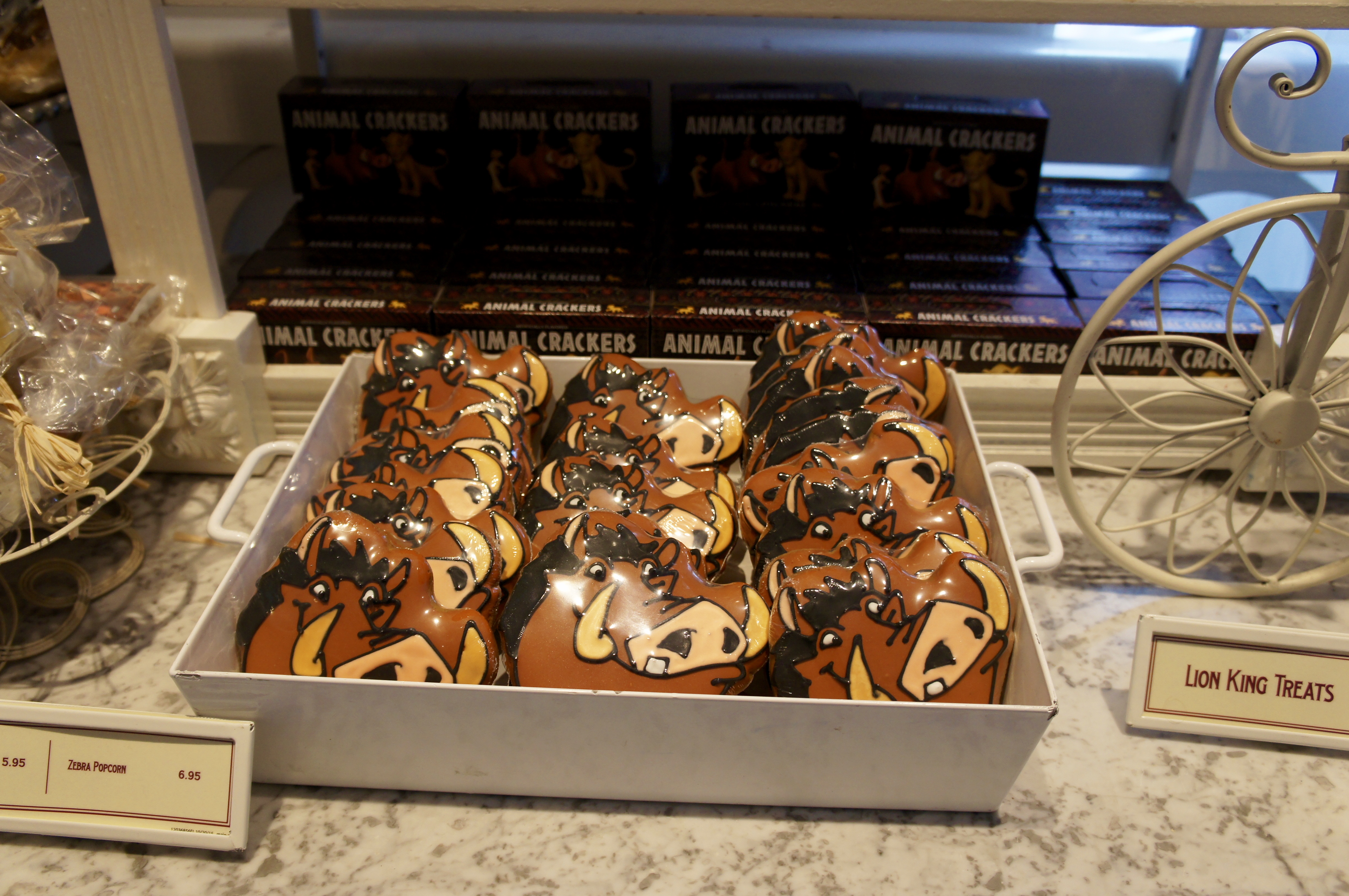 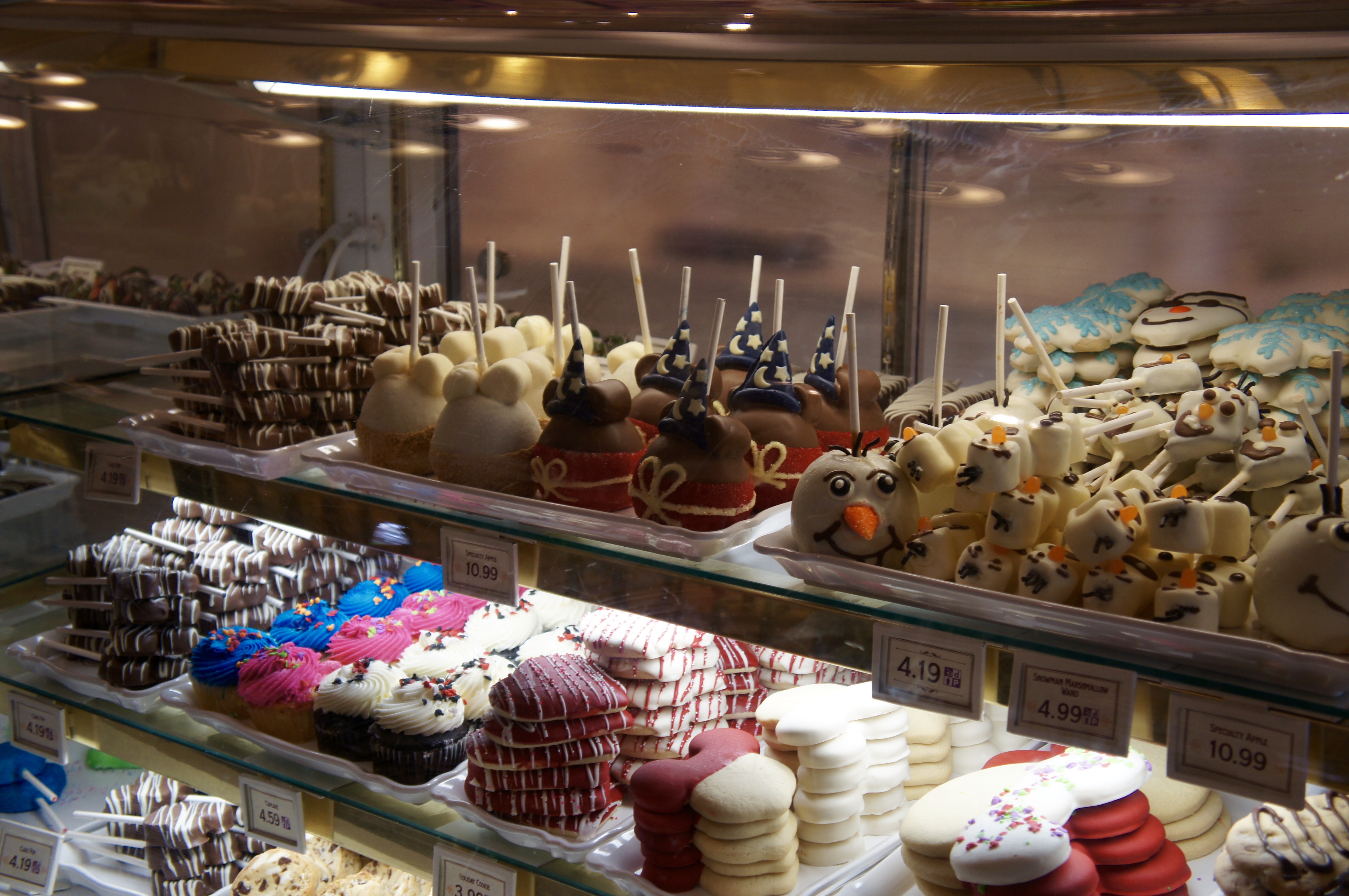 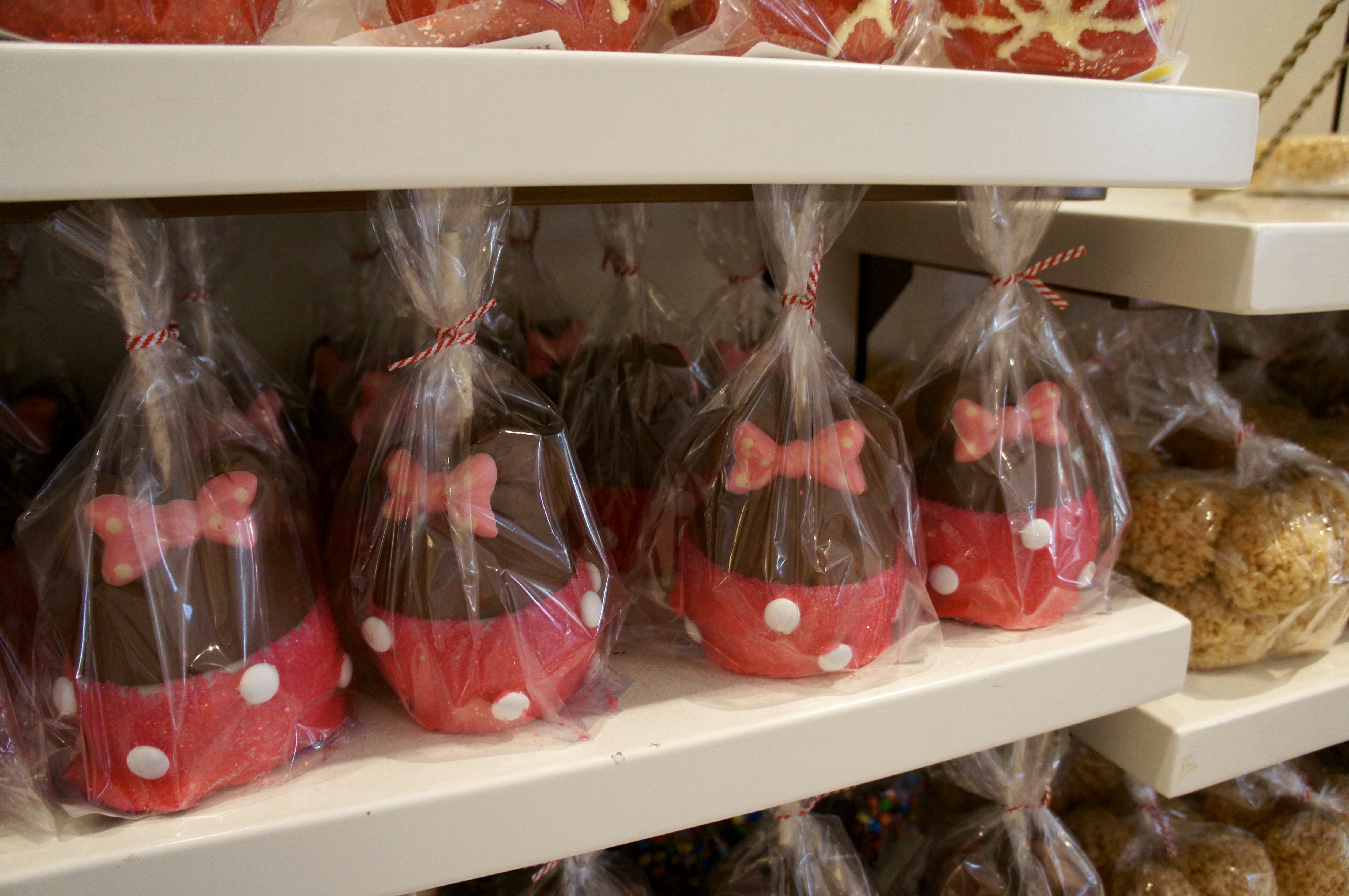 Mine because I found it so cool to watch the bakers whistling up official Disney treats! 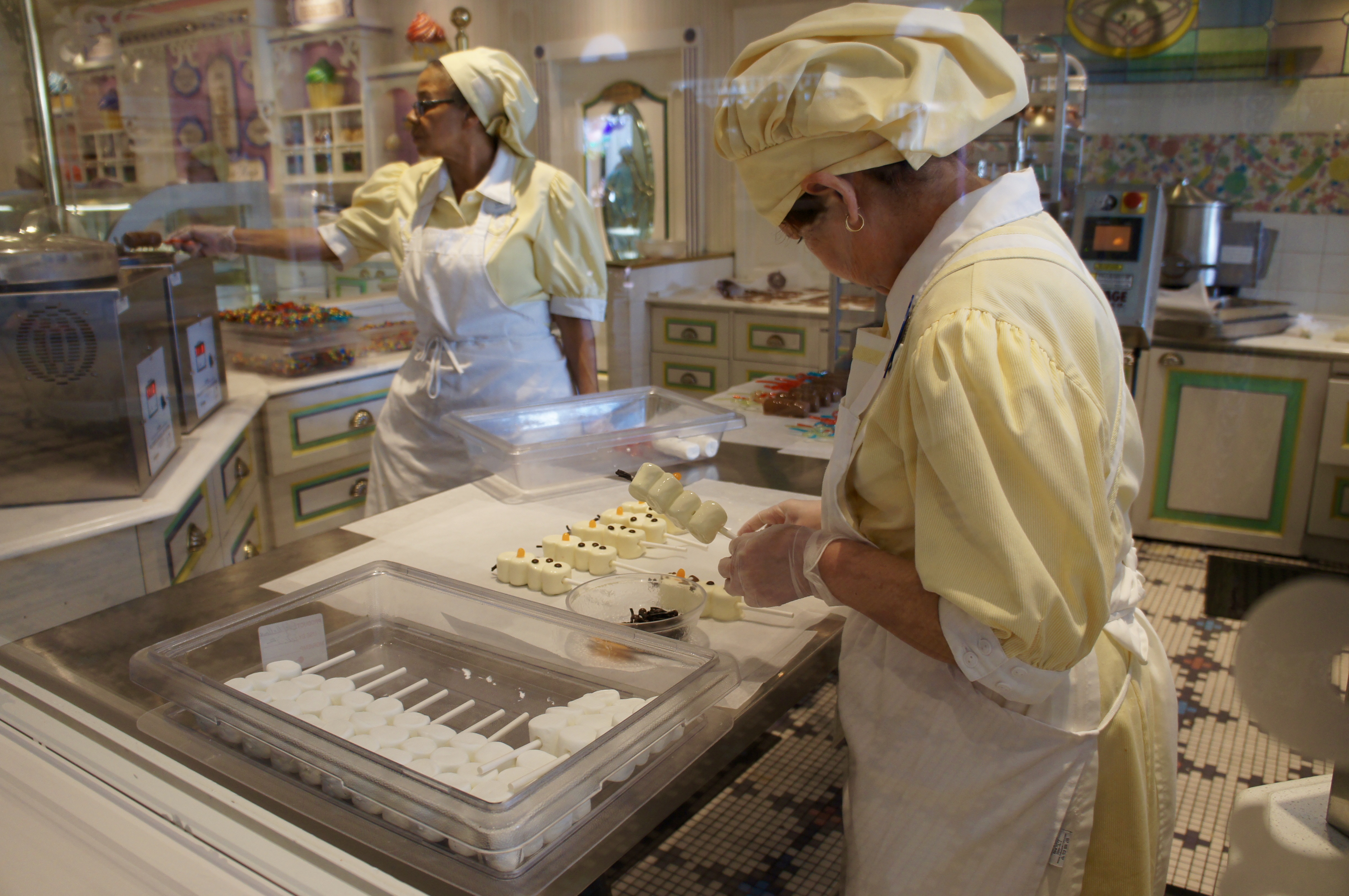 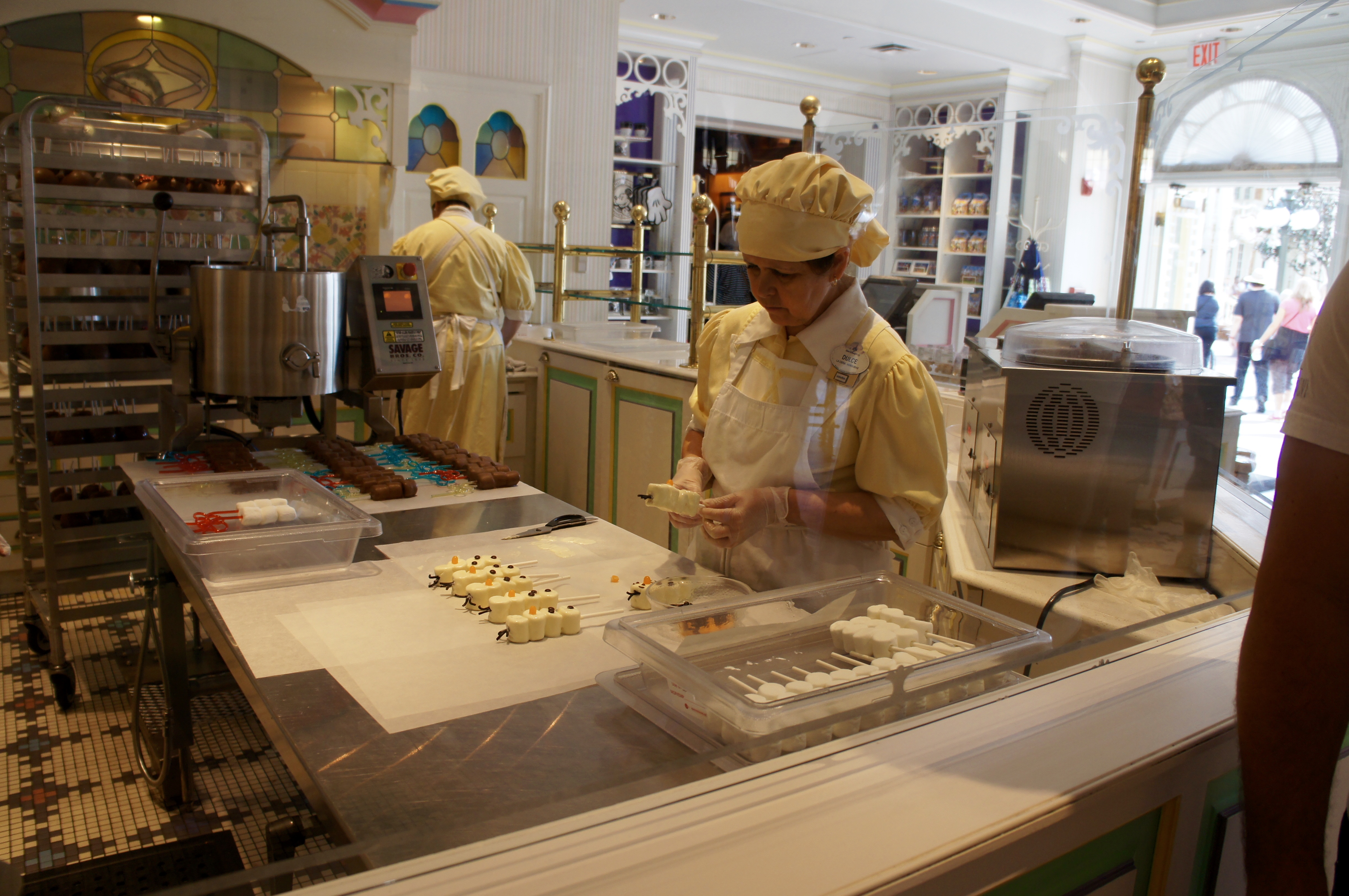 And Himselfs because there were treats the size of his head 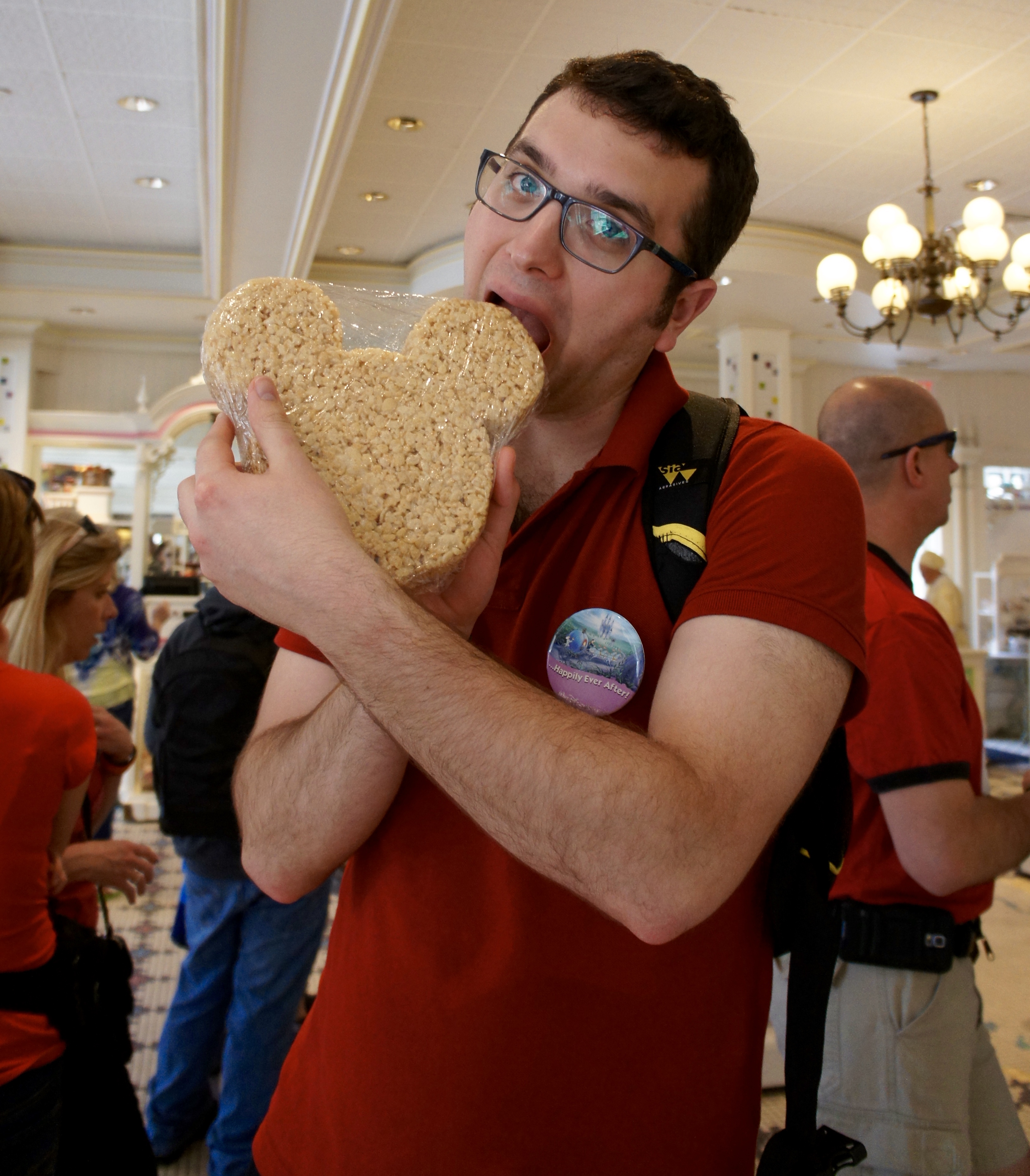 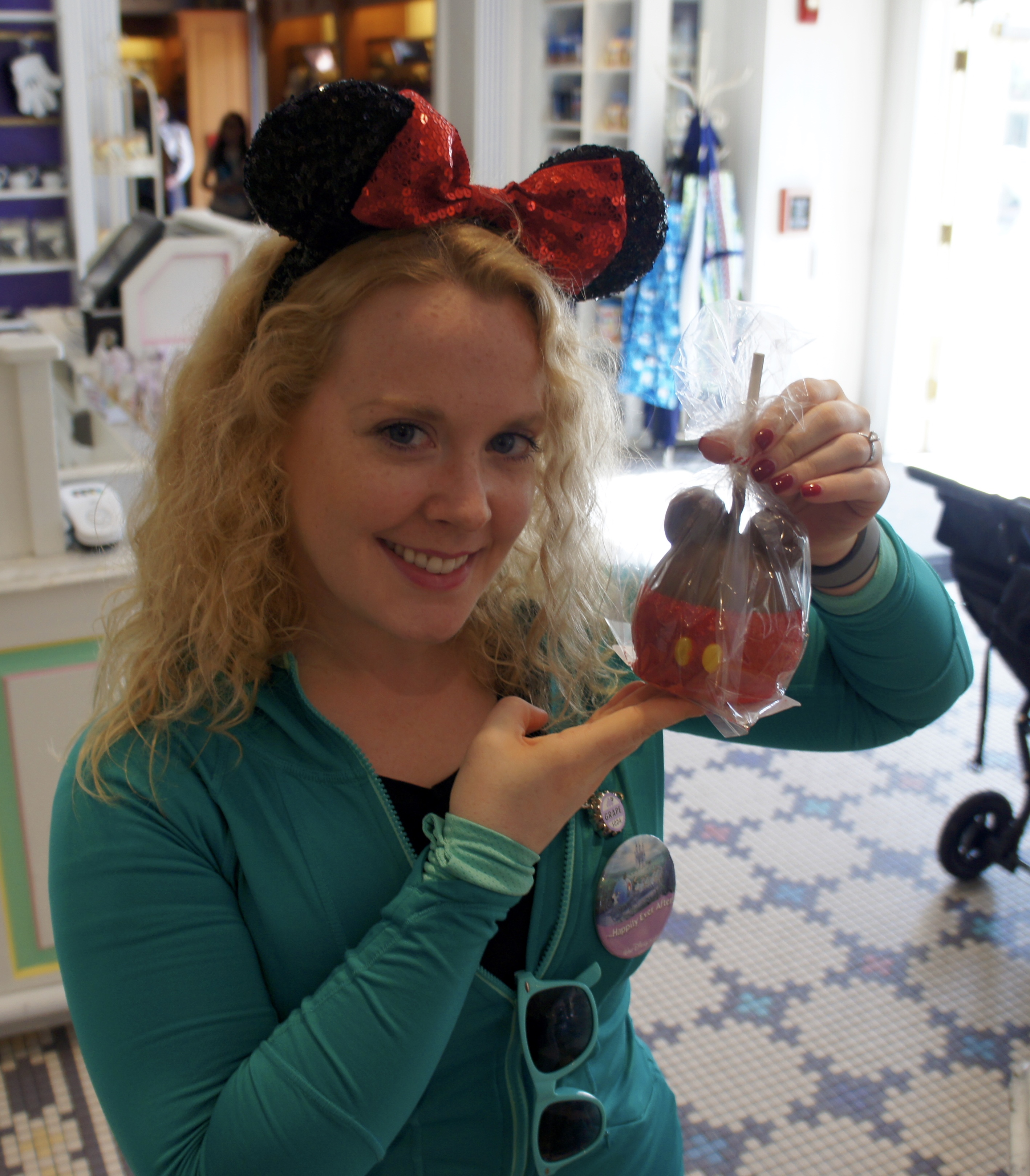 Overall, there’s only one ride (that’s actually a ride!) which I would recommend you skip entirely and that is “Space Mountain”. This is still in it’s original state and it’s awful. The seats are paper thin and you feel each and every thud and bump in the tracks underneath you. My back was jarred by that ride and so was Himself’s, I cannot believe it is passing their stringent regulations 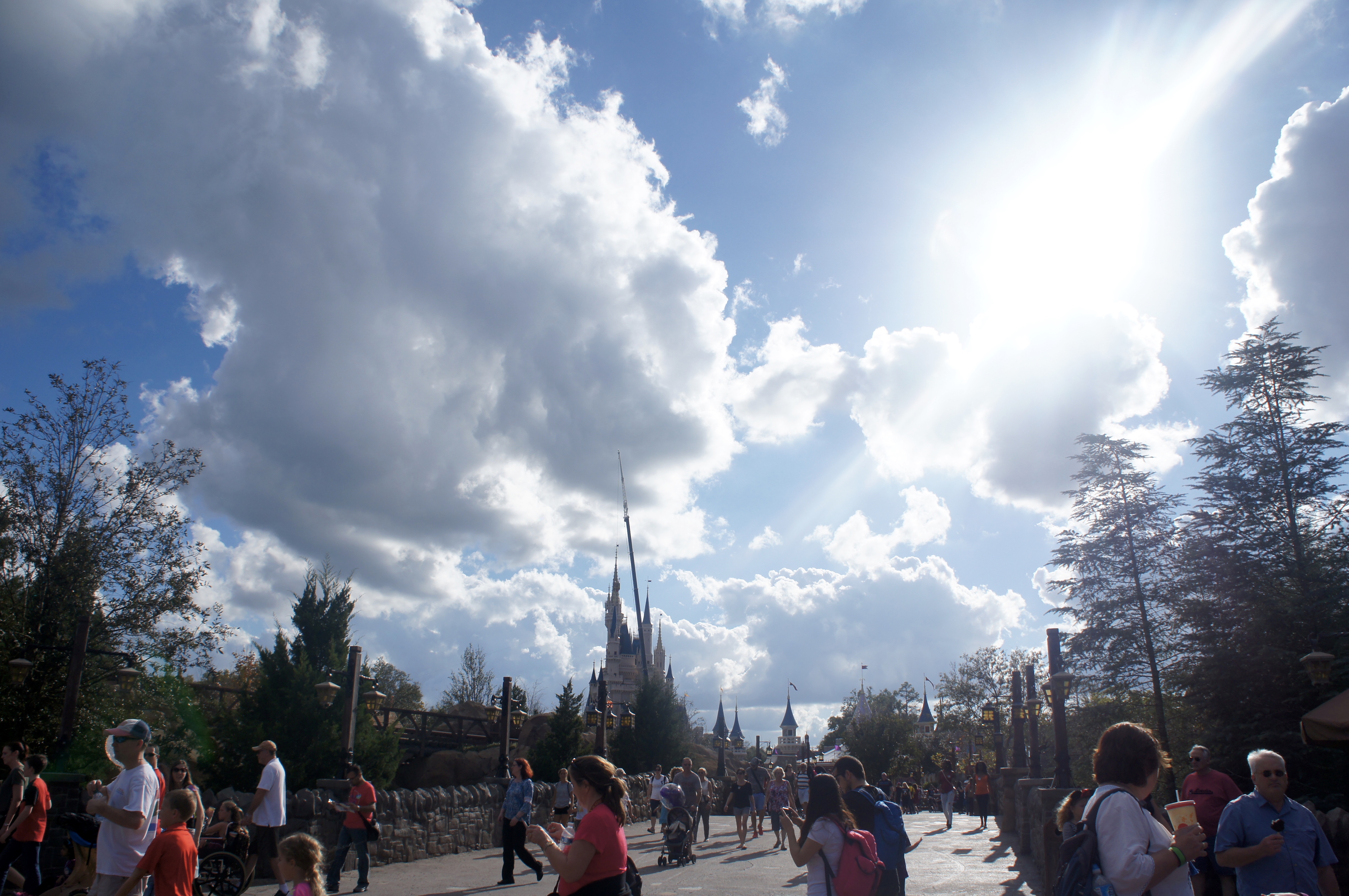 Towards the end of our morning visit on the second day, the sun broke through the last of the clouds and Himself found HIS spirit animal

Gaston from Beauty and the Beast! 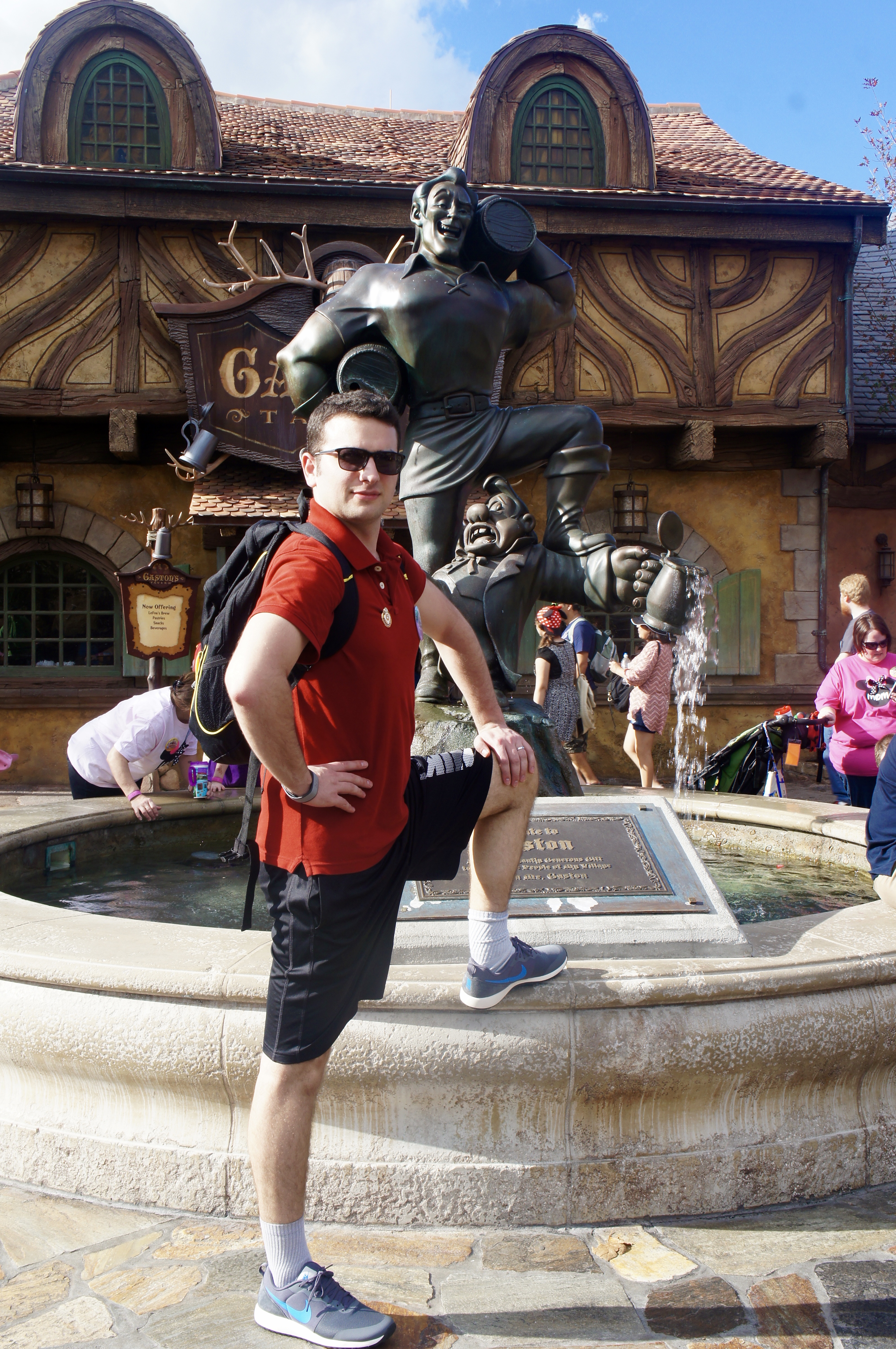 After that joyous find, we left Magic Kingdom on a high and were looking forward to returning in the evening for the Parade (coming soon!) 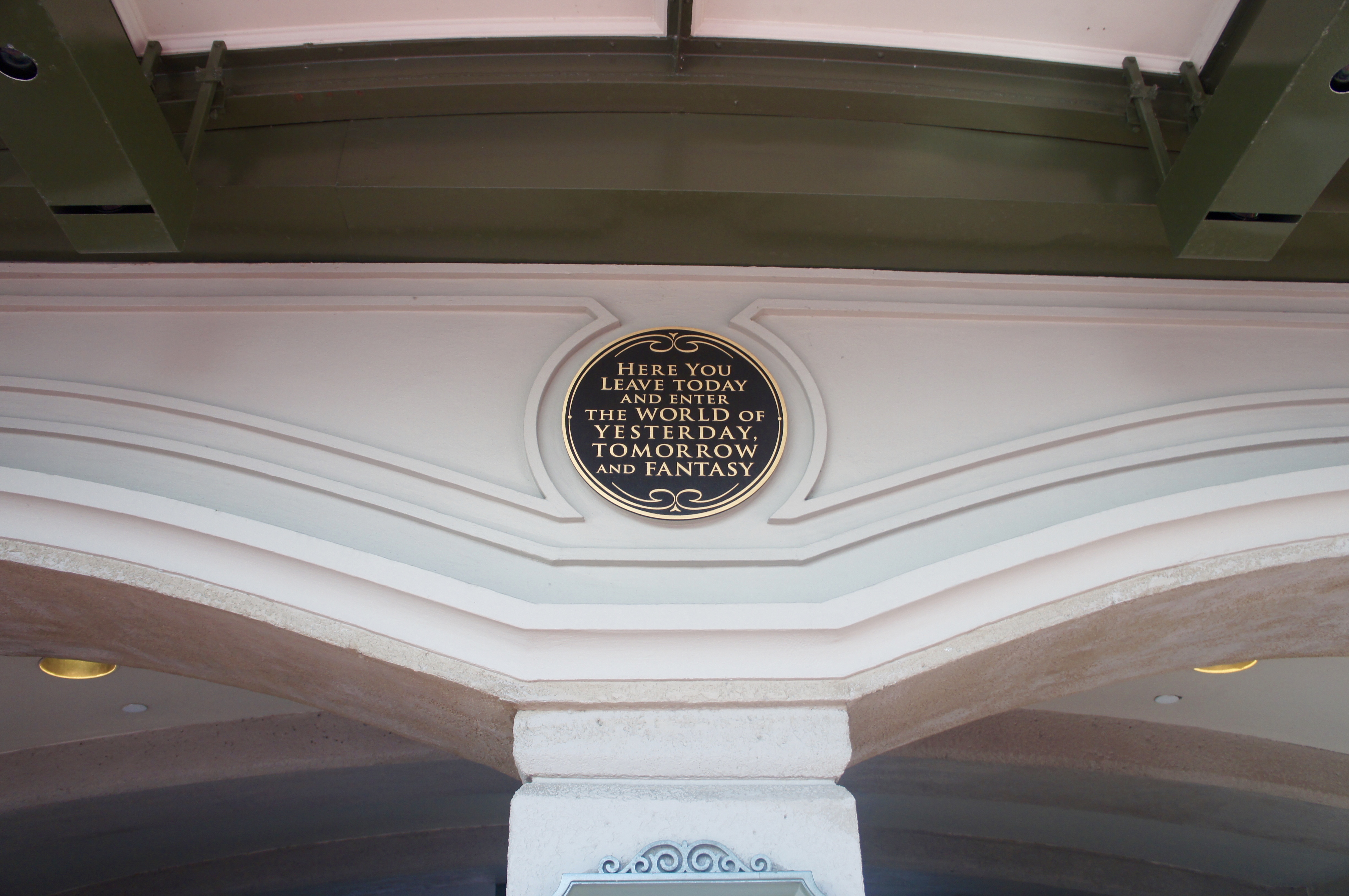 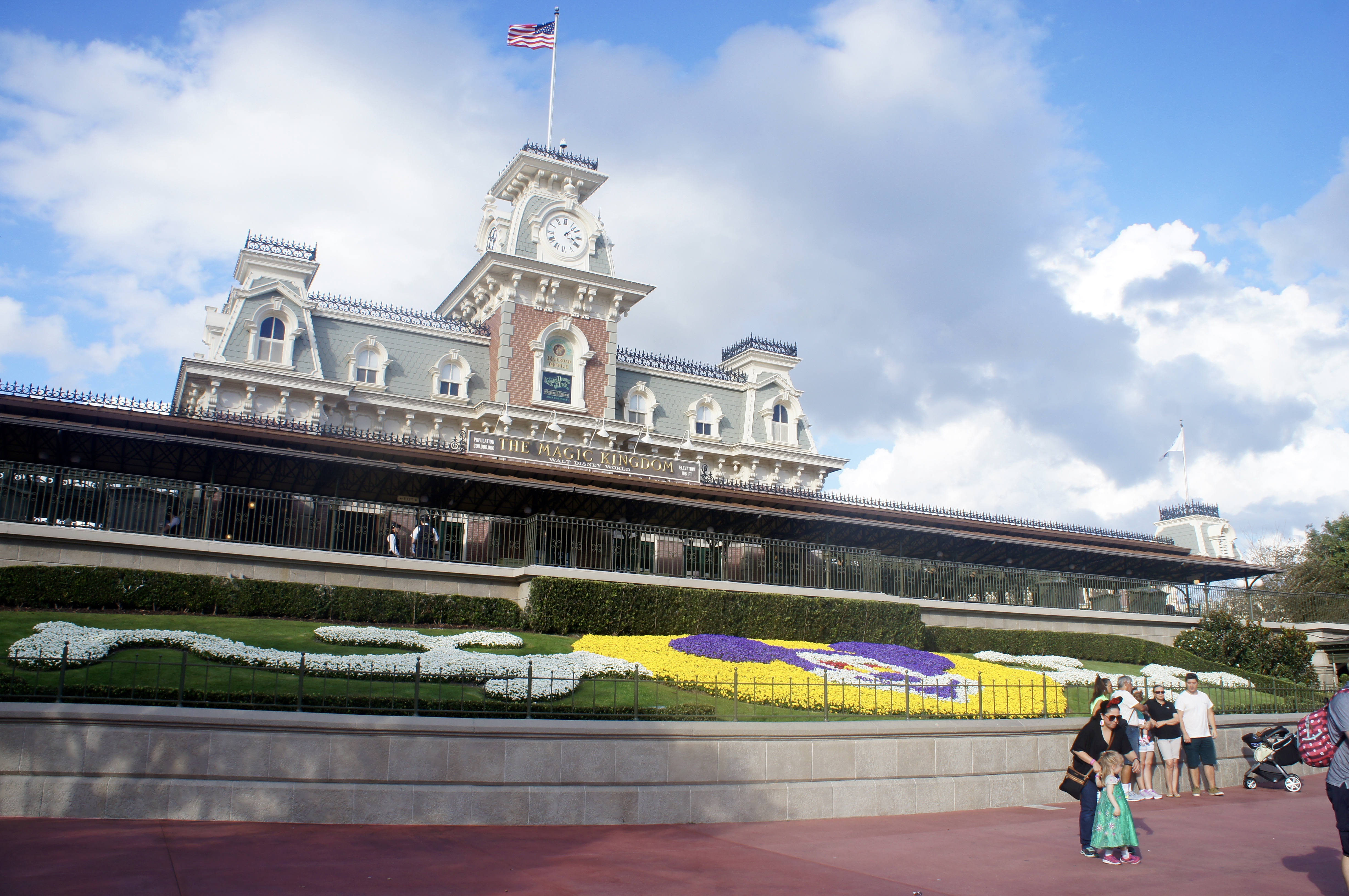 Have you been to Magic Kingdom? What’s your favourite ride? Let me know in the comments below!