On our first day in Disney, we began by moving to our new abode, The Coronado Springs Resort and after checking in (plus a quick snoop around), we set off to conquer Animal Kingdom

In the absolute bucketing rain! 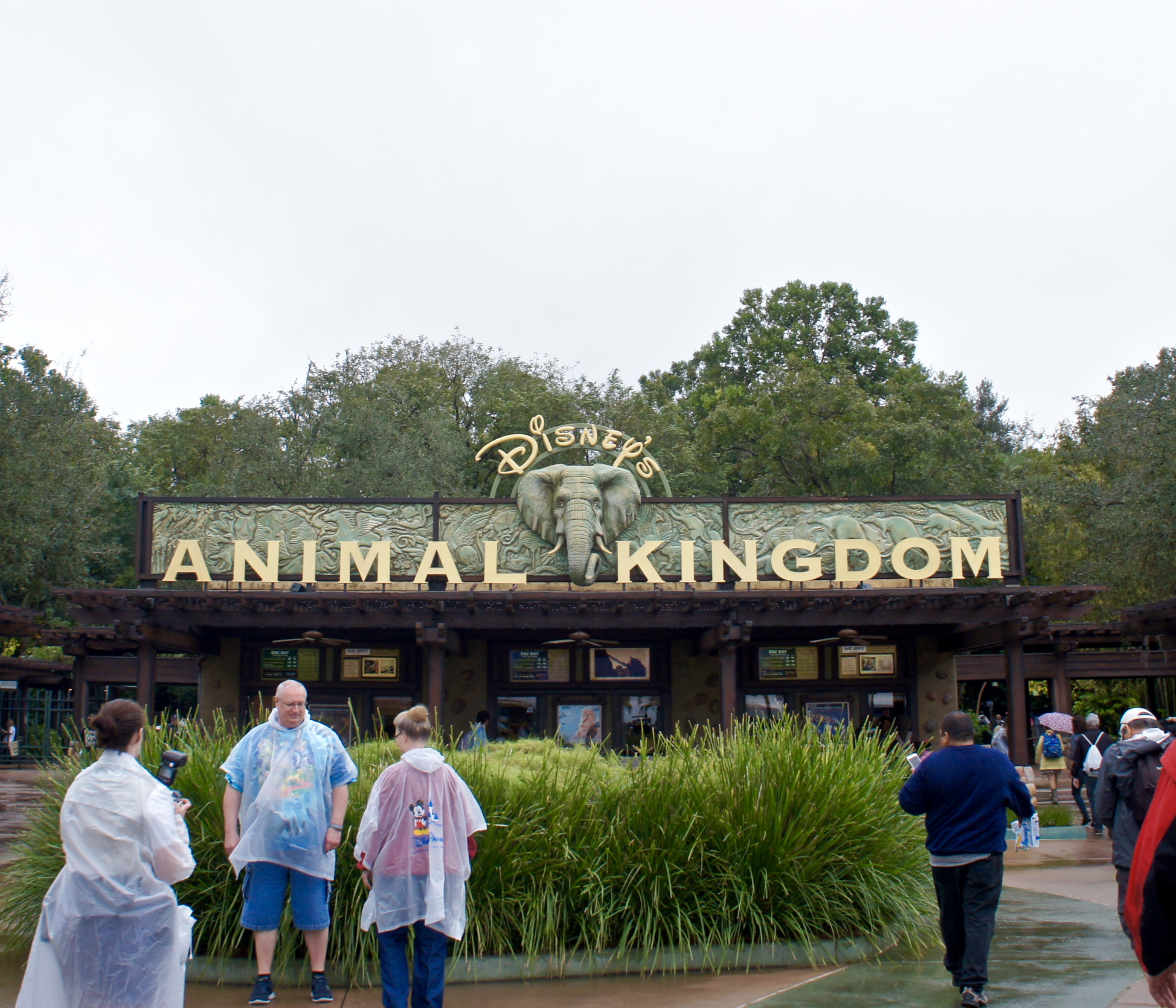 Apparently not fans of the rain, a lot of people were heading back to their hotels, so we pretty much had the run of the place once we were through the gates.

Gadgets. The last time I was in Disney I was 14 years old and it was all paper tickets and cash, but not anymore! Each person gets a wristband and it’s a money-spending-danger-band as far as I’m concerned. It not only gains you entry to the parks (along with your finger print), it can pay for your food, drinks, any merchandise you buy, the list goes on…so yeah, dangerously easy to spend! 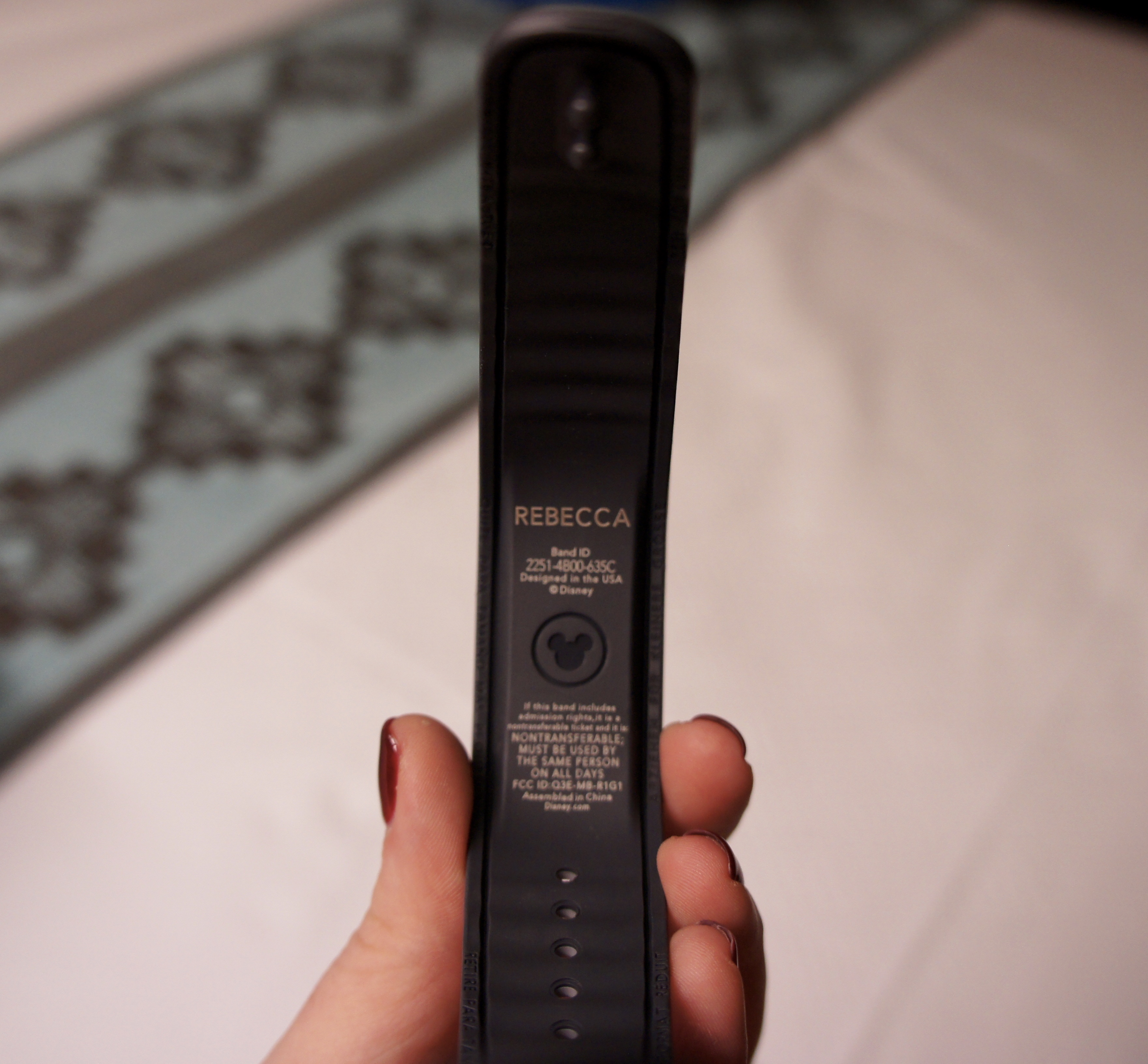 Along with our wrist bands, we were given a little party pack, two cute Mickey and Minnie luggage tags and a Disney “Happily Ever After!” pin each to wear in the parks 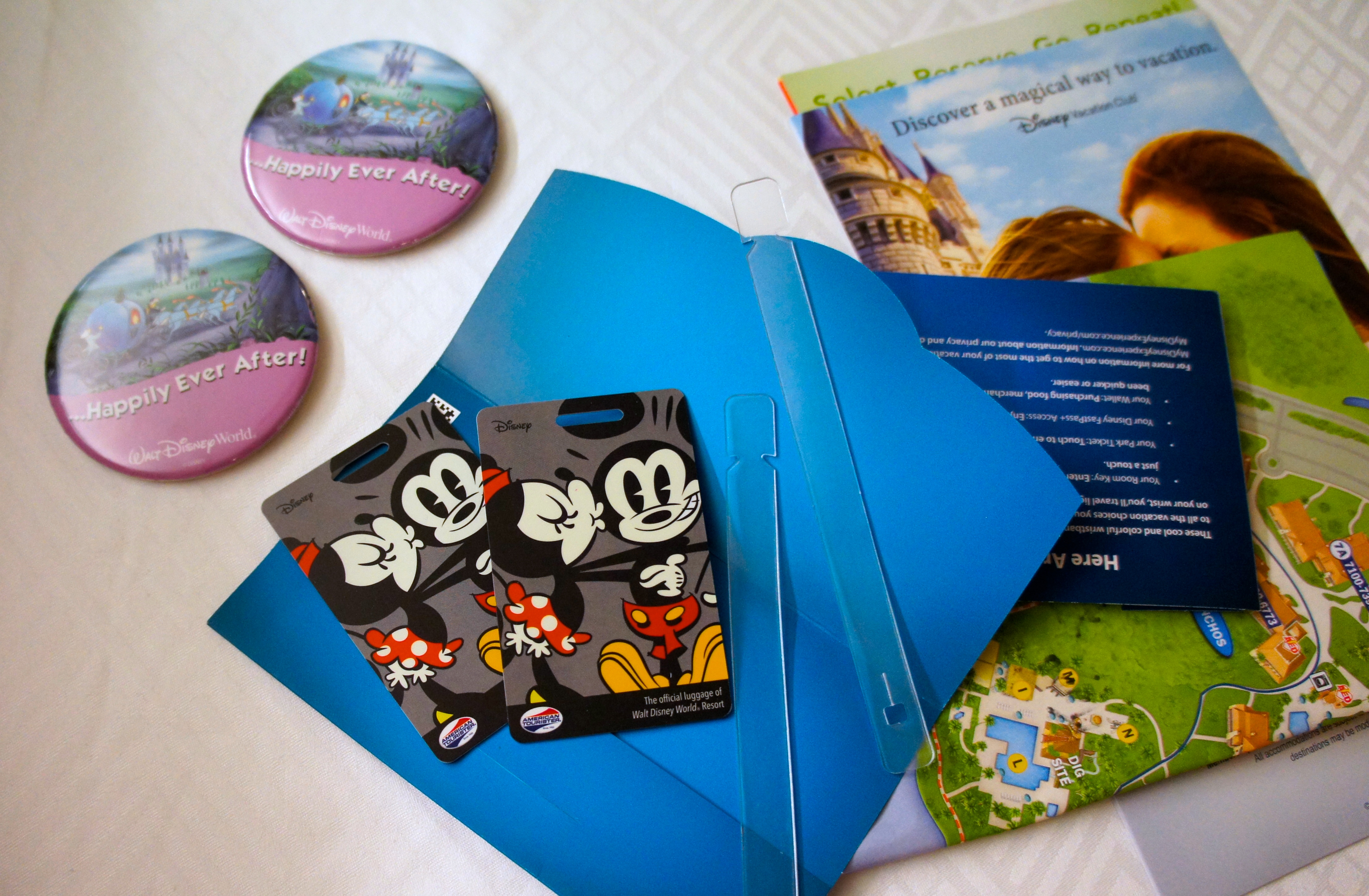 The Tree of Life is the iconic feature in Animal Kingdom, it’s a stunning piece of architecture – we watched a short documentary on how they designed and built it all those years ago, the intricate detailing is beyond! 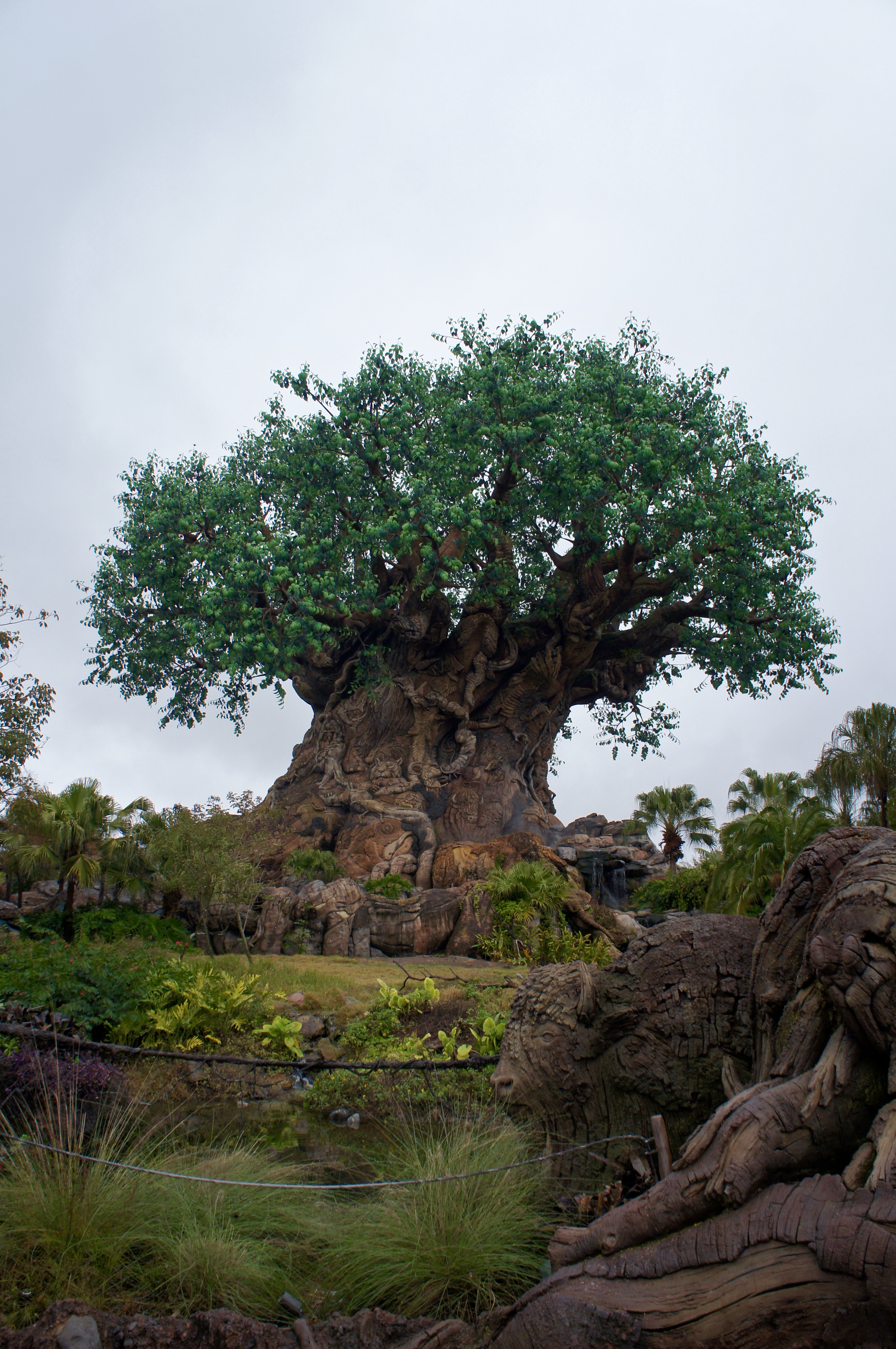 The first characters we met were top of my list in this park, Doug and Russell from Up! They went bananas over my engagement and wedding rings, Russell kept jumping up and down and clapping his hands and then pointing over at Himself. Doug, well, he gave the diamond a lick and a shine with his fur – so kind of him right?! 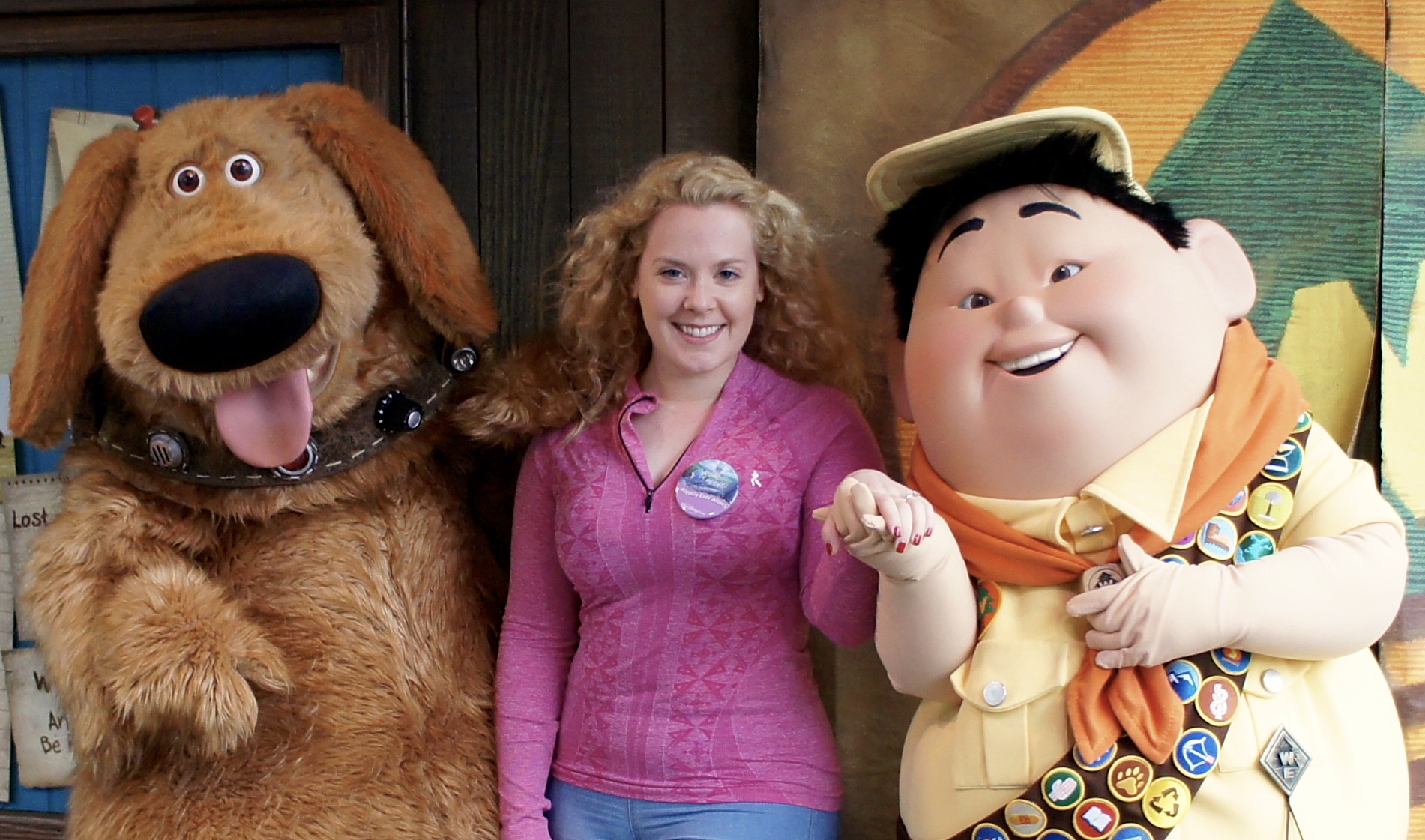 We had little intention of buying merchandise this early on in our travels, but the shops were great fun to play in, case and point, this next photo! 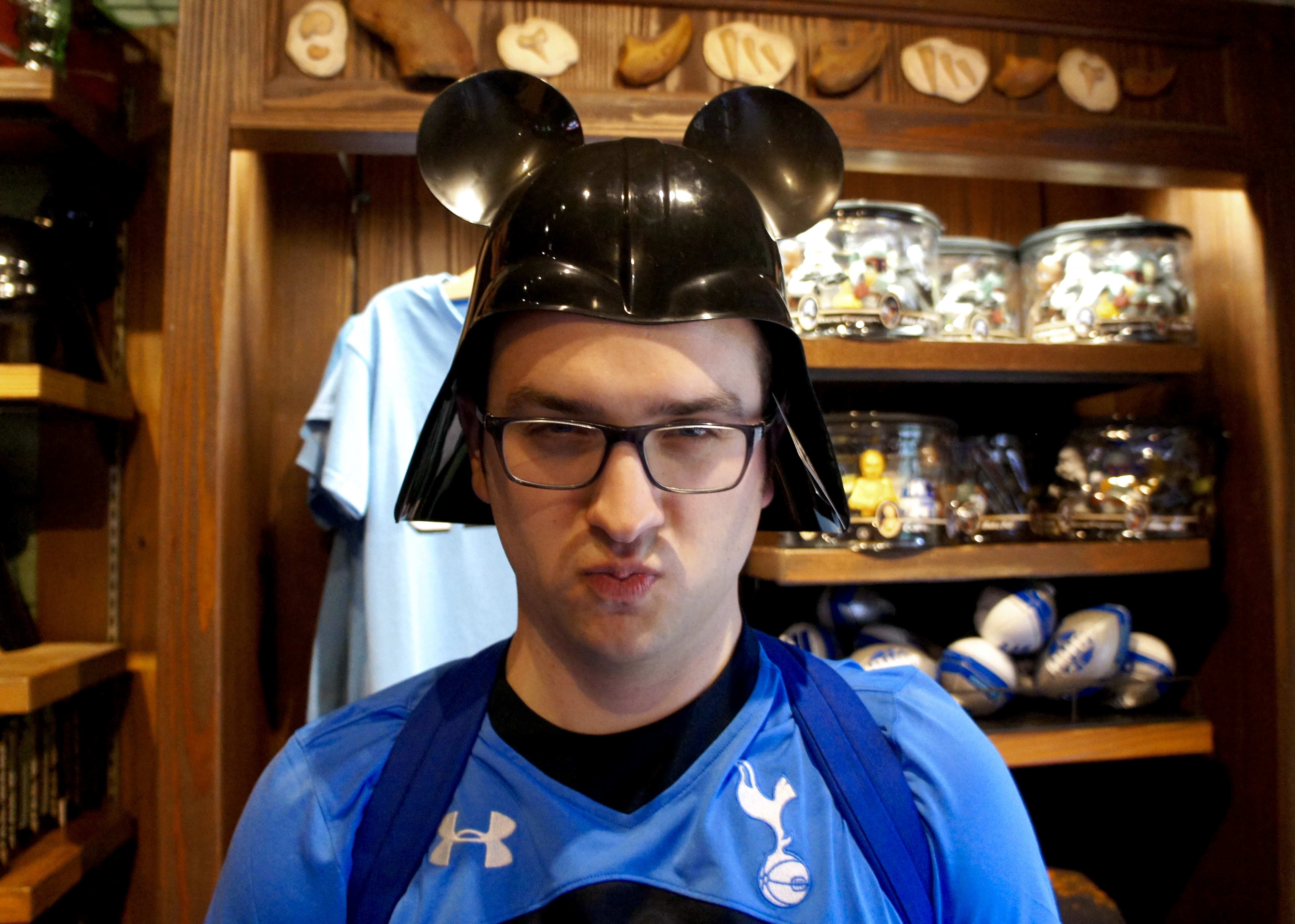 We went on a couple of rides and we both thoroughly enjoyed the “Expedition Everest” rollercoaster, but the safari “ride”, around the section of the park inhabited by animals, was probably my favourite. We saw lots of them milling around, despite our guide telling us they’d all be hiding from the rain! 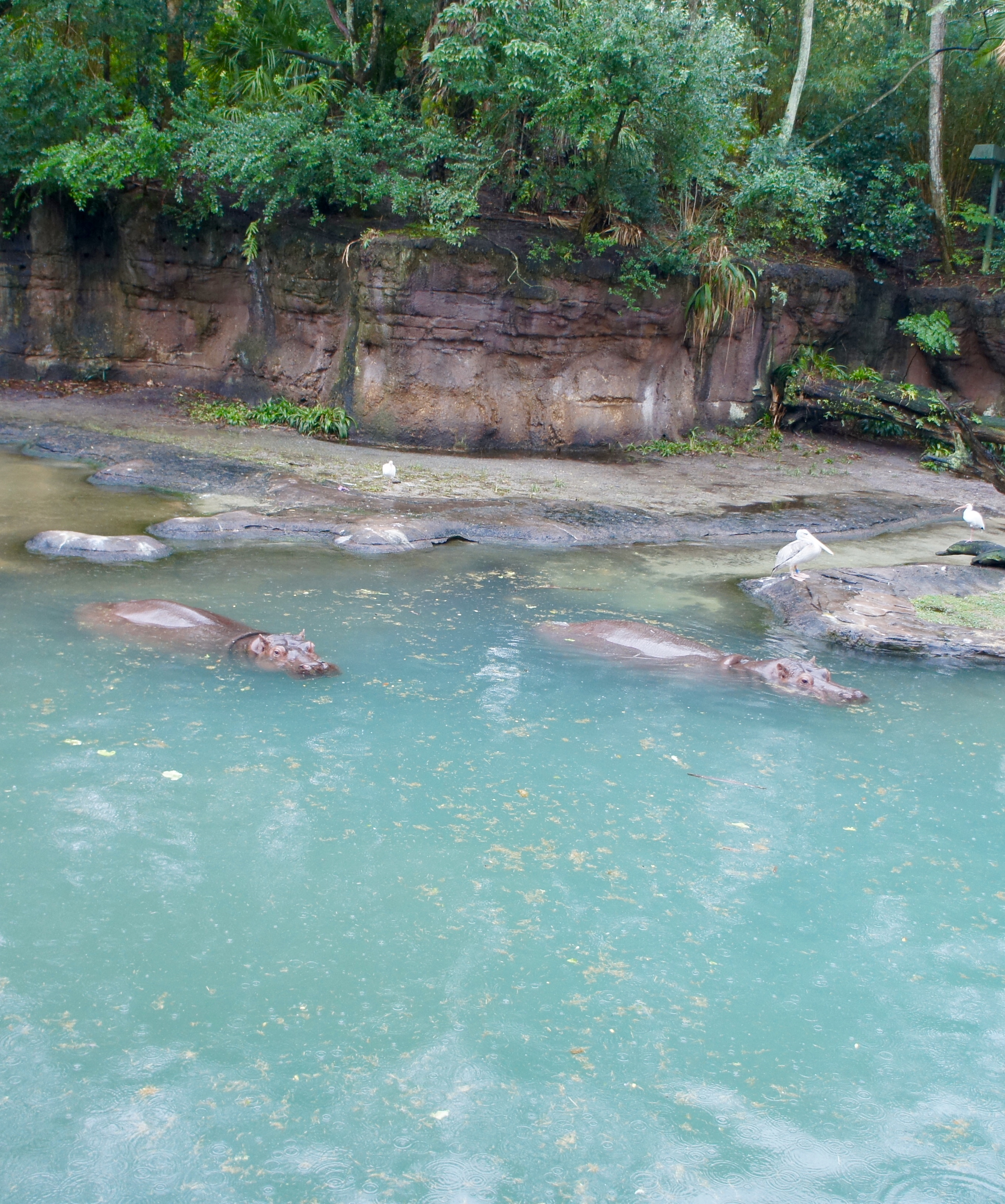 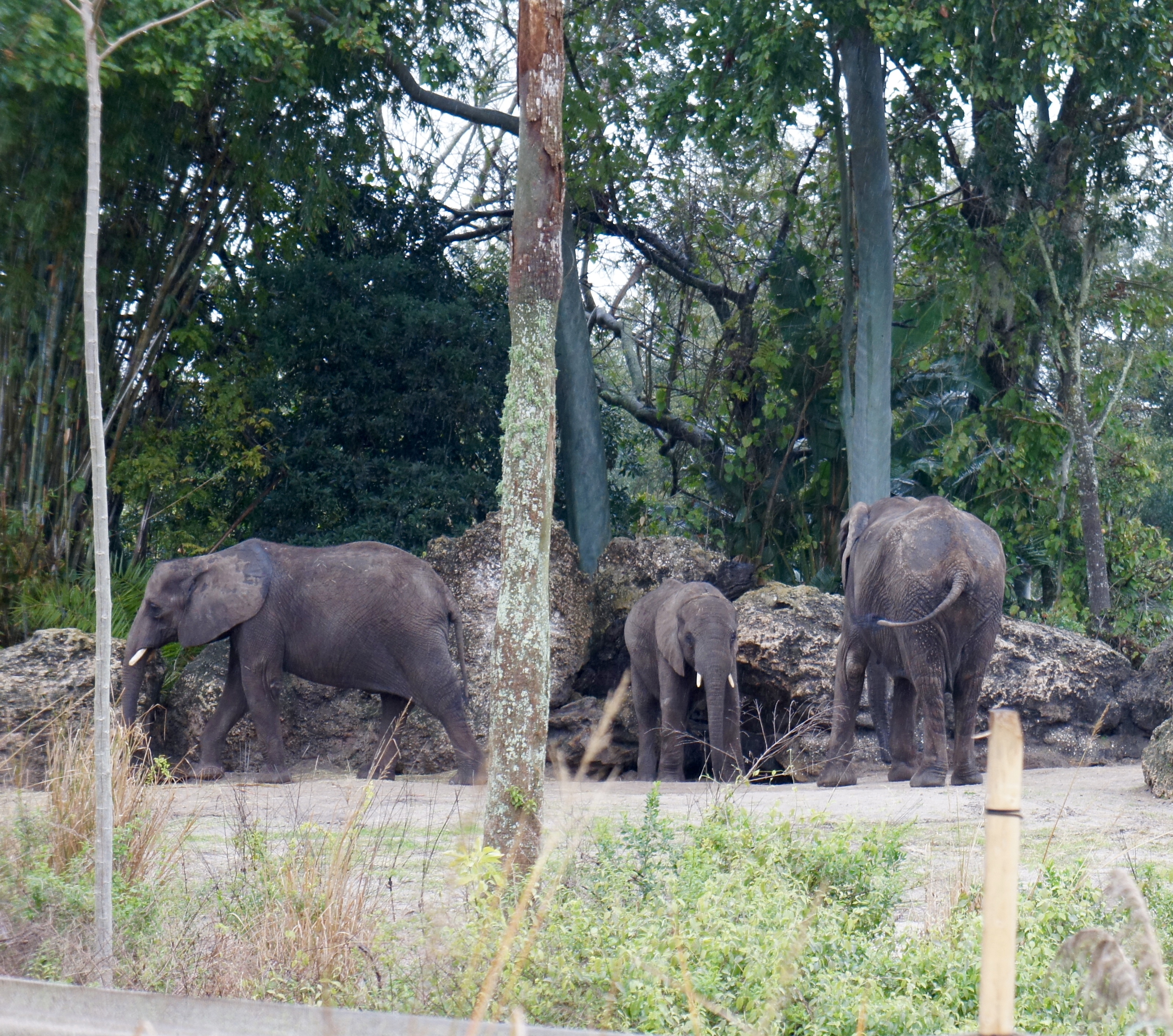 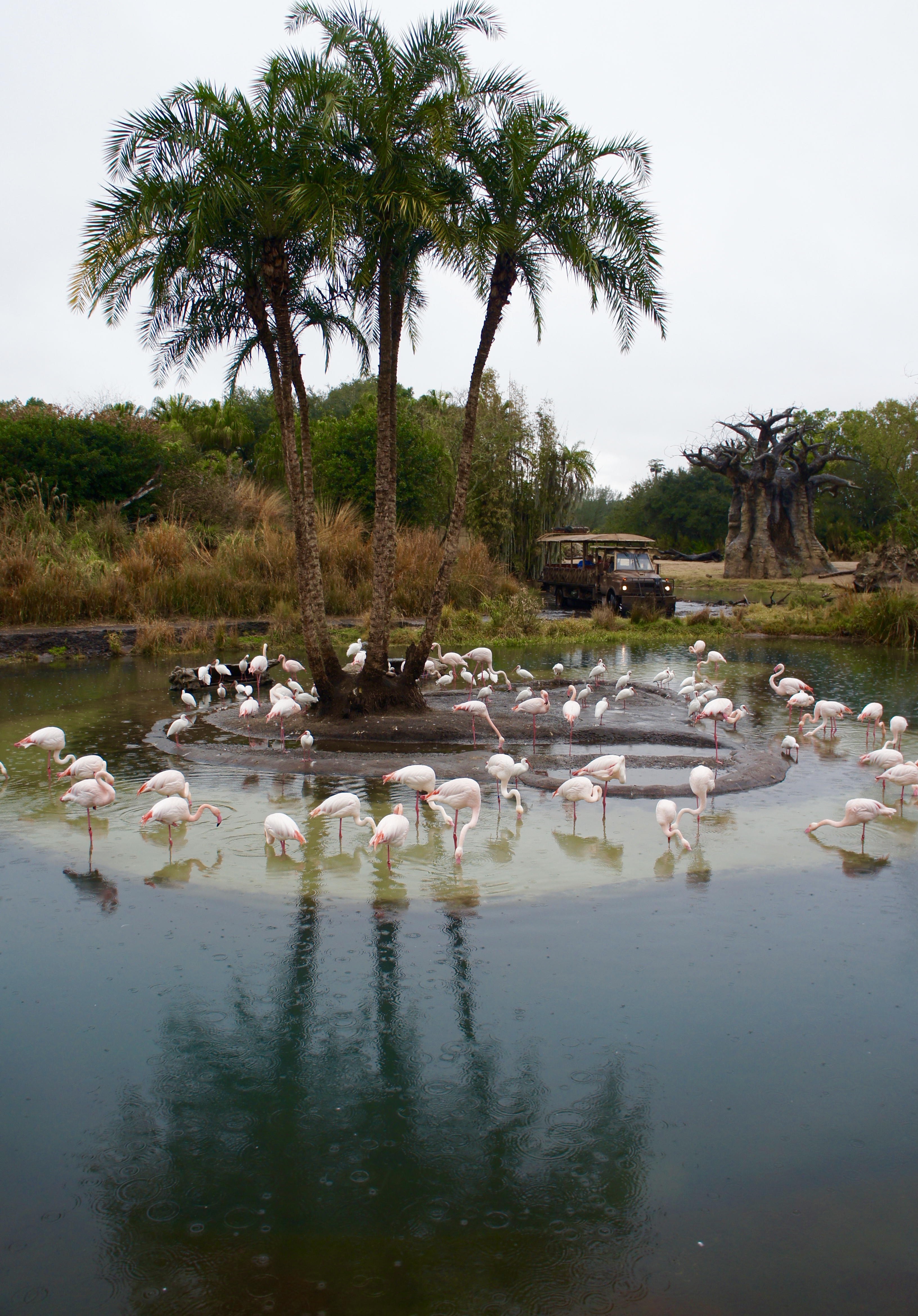 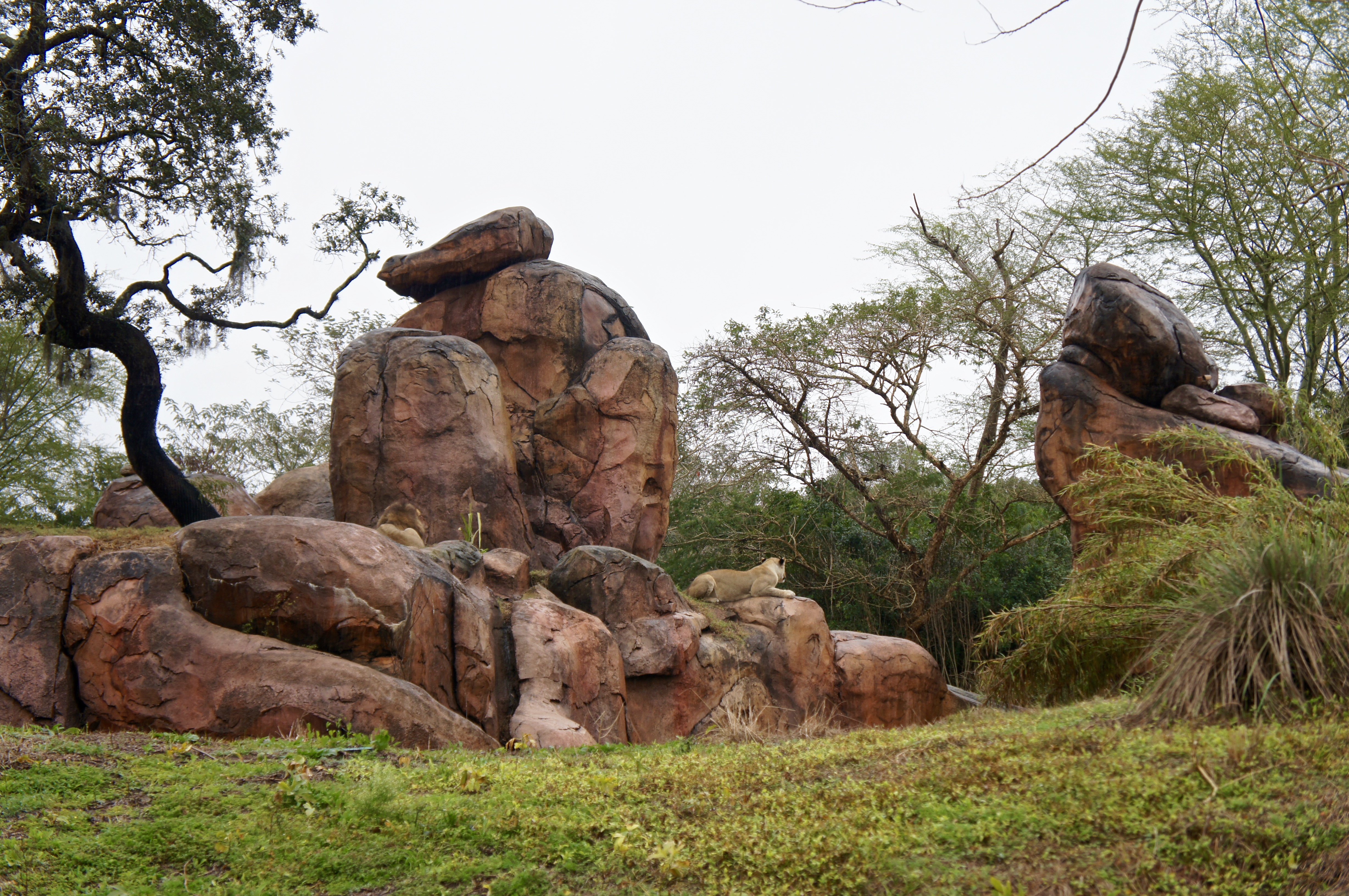 My Mom always says “it’s lovely weather for ducks!” whenever it’s lashing rain and on this day, the ducks proved her right, they were having an absolute blast! 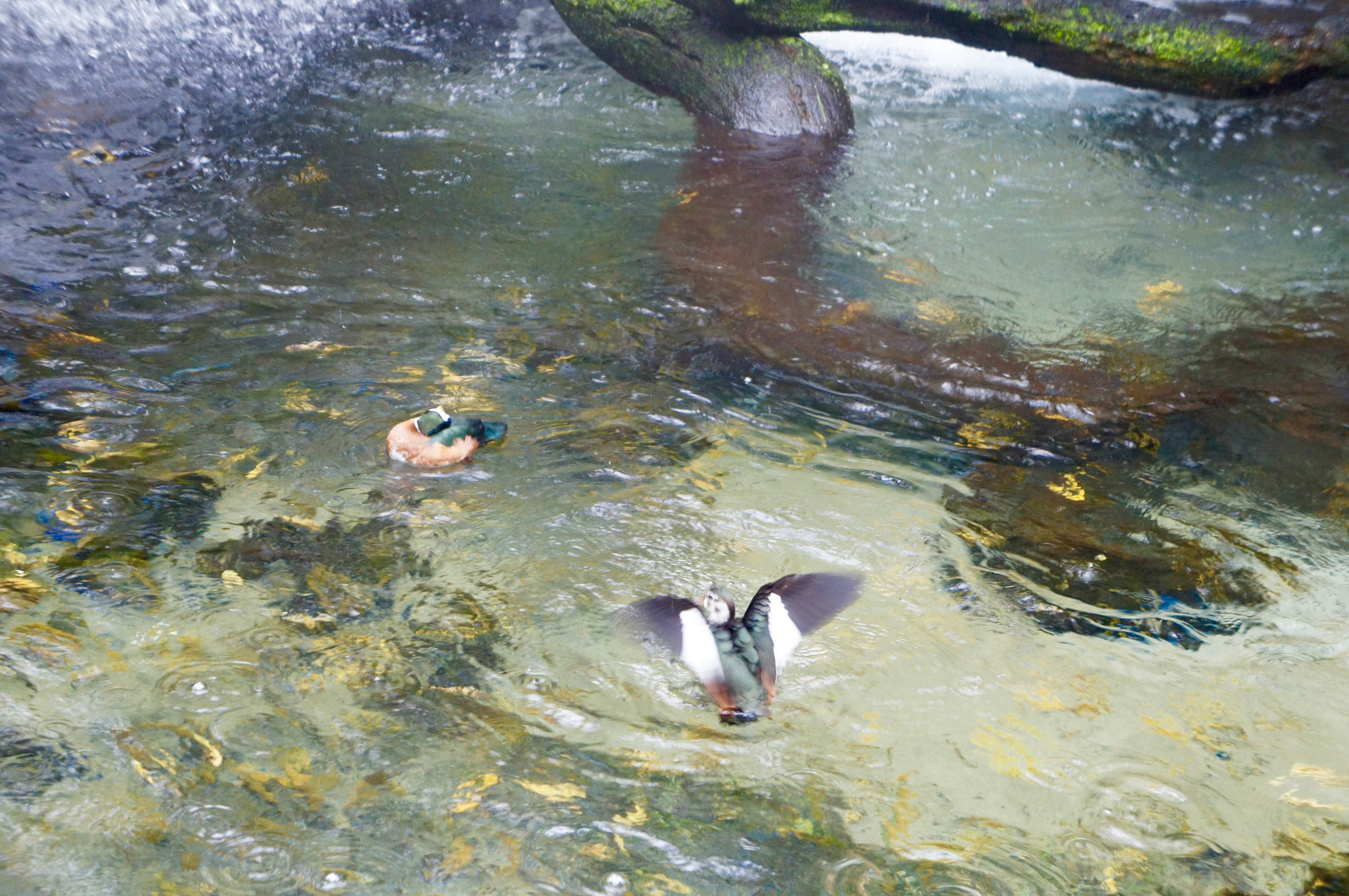 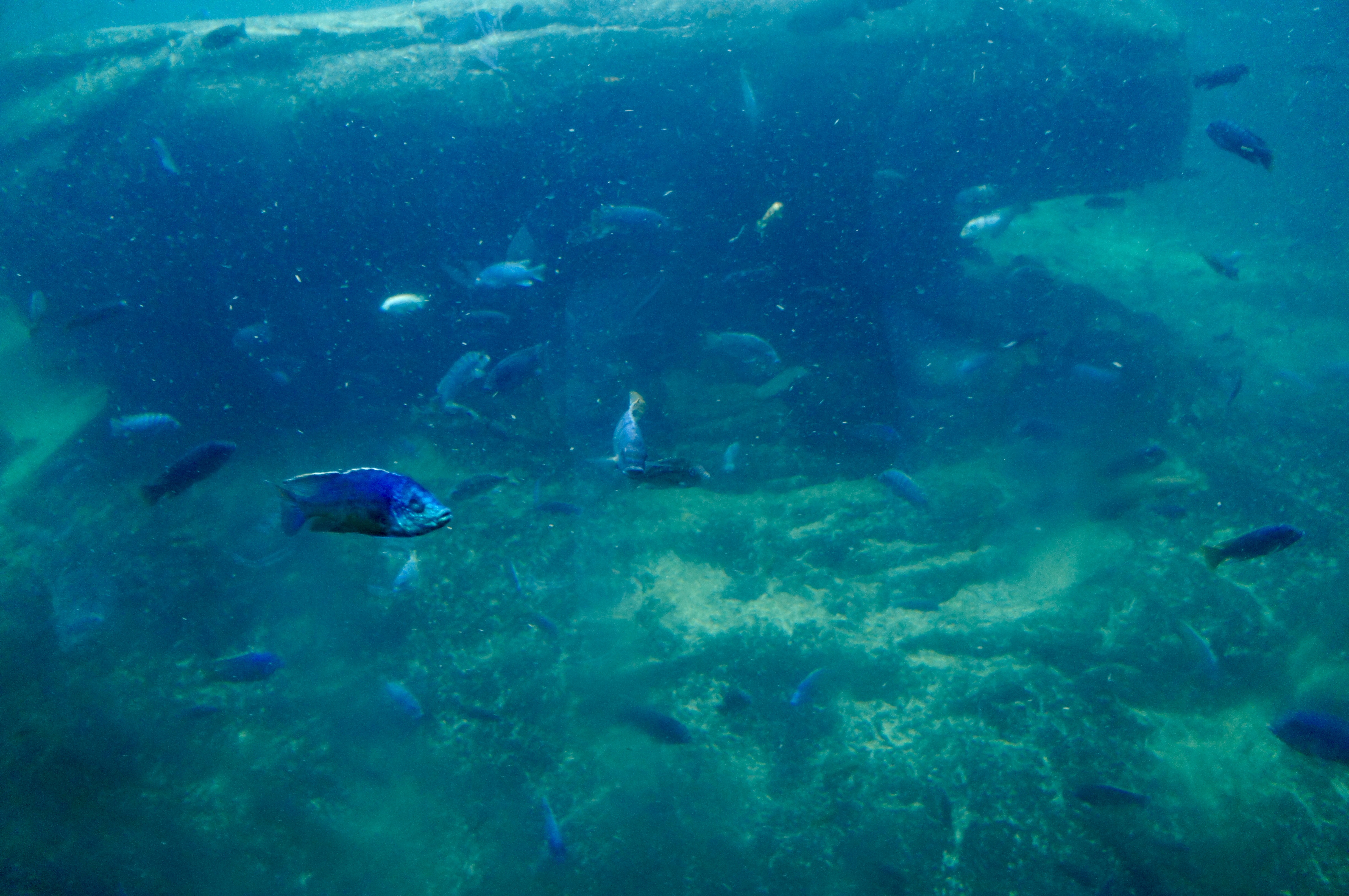 During the “Wild Africa Trek”, I enjoyed a lovely chat with this handsome chap, before taking one picture as a momento and then leaving him in peace 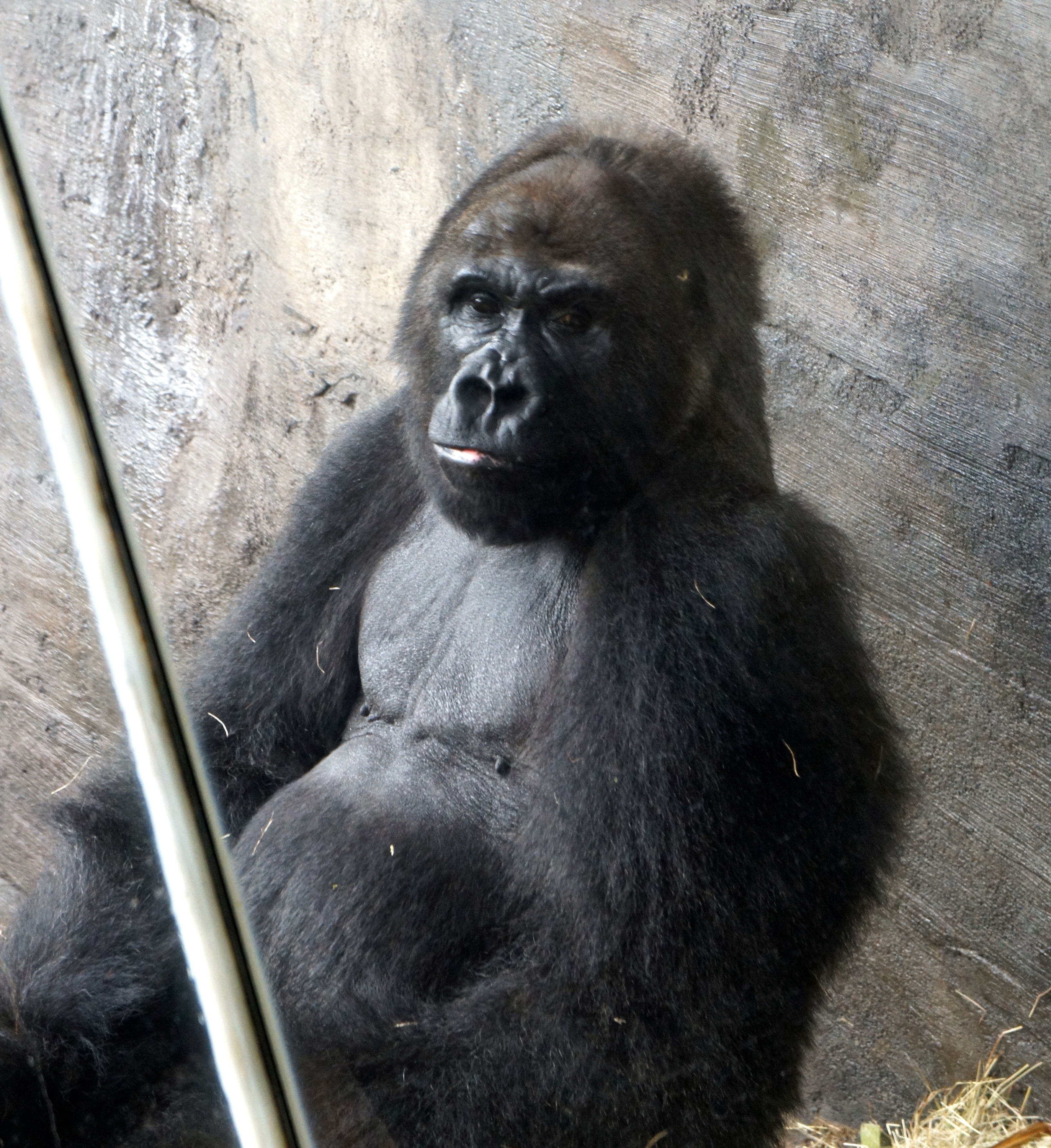 This little one was so funny, running around, jumping up and down, trying desperately to get Mom and Dads attention (not to much avail), he had quite the audience too, the two of us and about 5 Animal Kingdom employees 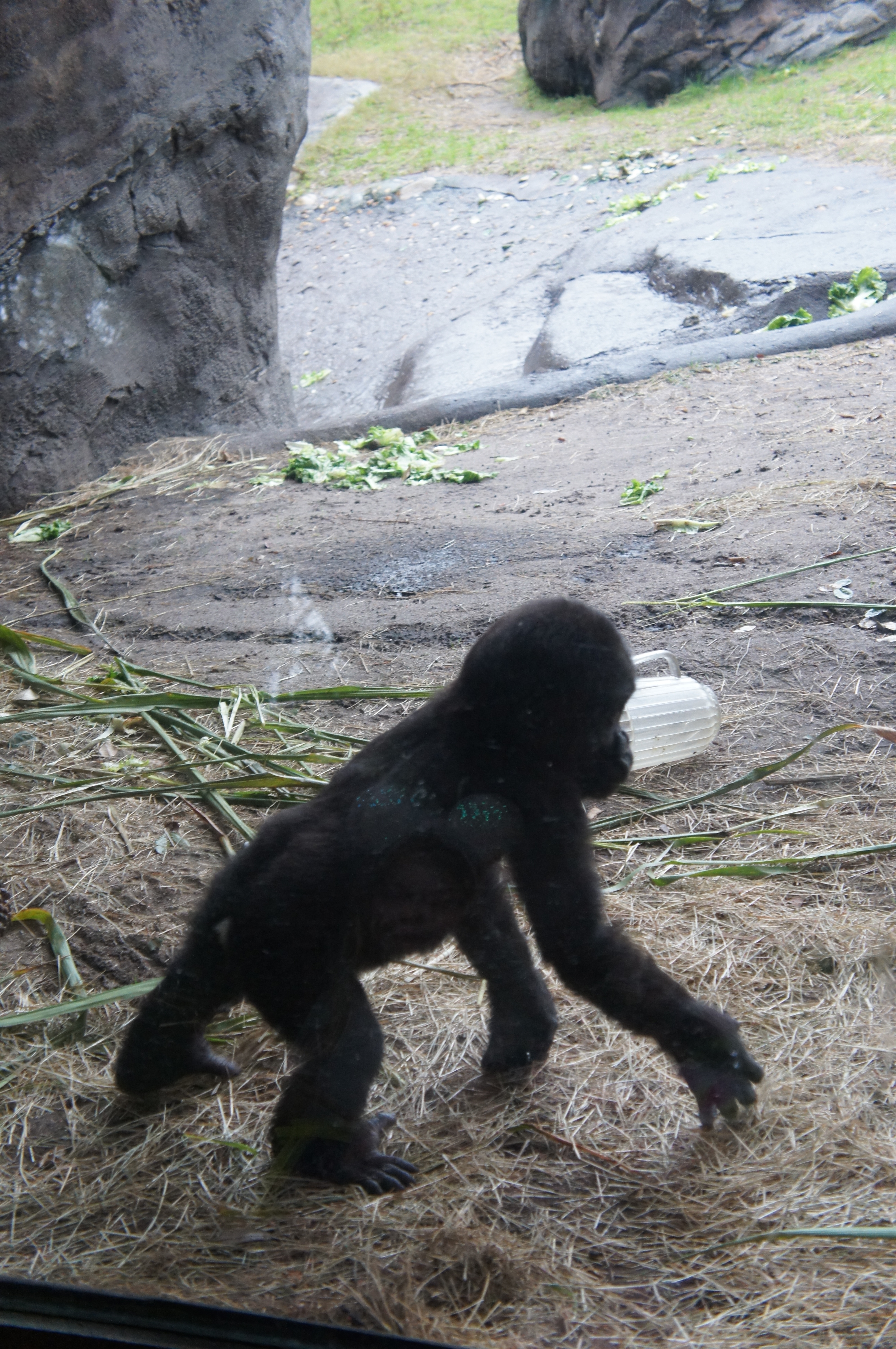 The sun came out briefly and as we were already soaked, we high tailed it to the river rapids, it was great fun, but if we thought we were soaked before, we were sorely mistaken! 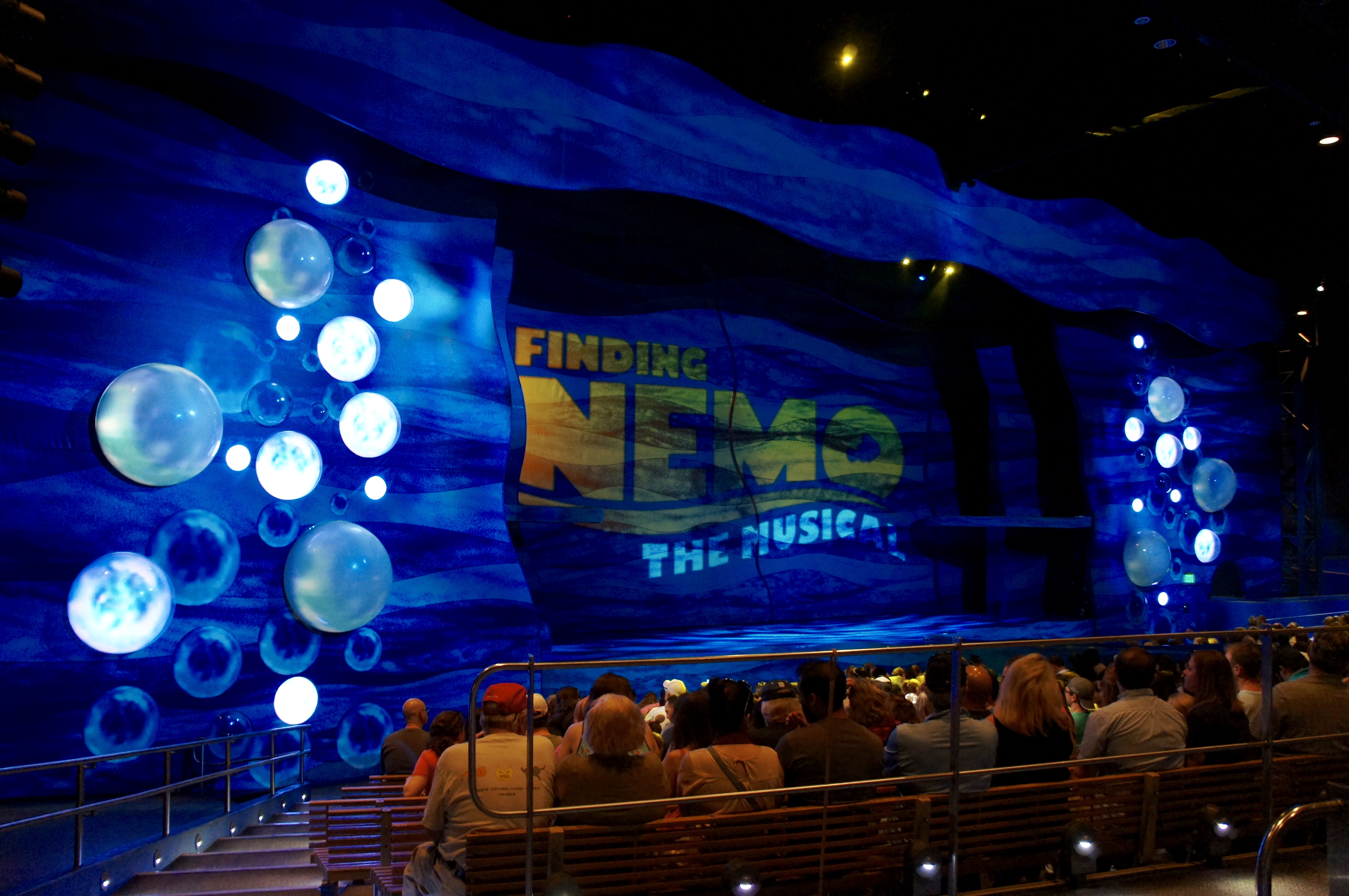 After drying out some, we watched “Finding Nemo The Musical” and I must say – it was brilliant. The puppetry was incredibly good and both Himself and I left laughing and saying “MINE, MINE, MINE!” (along with everyone else), all the way out of the theatre doors! 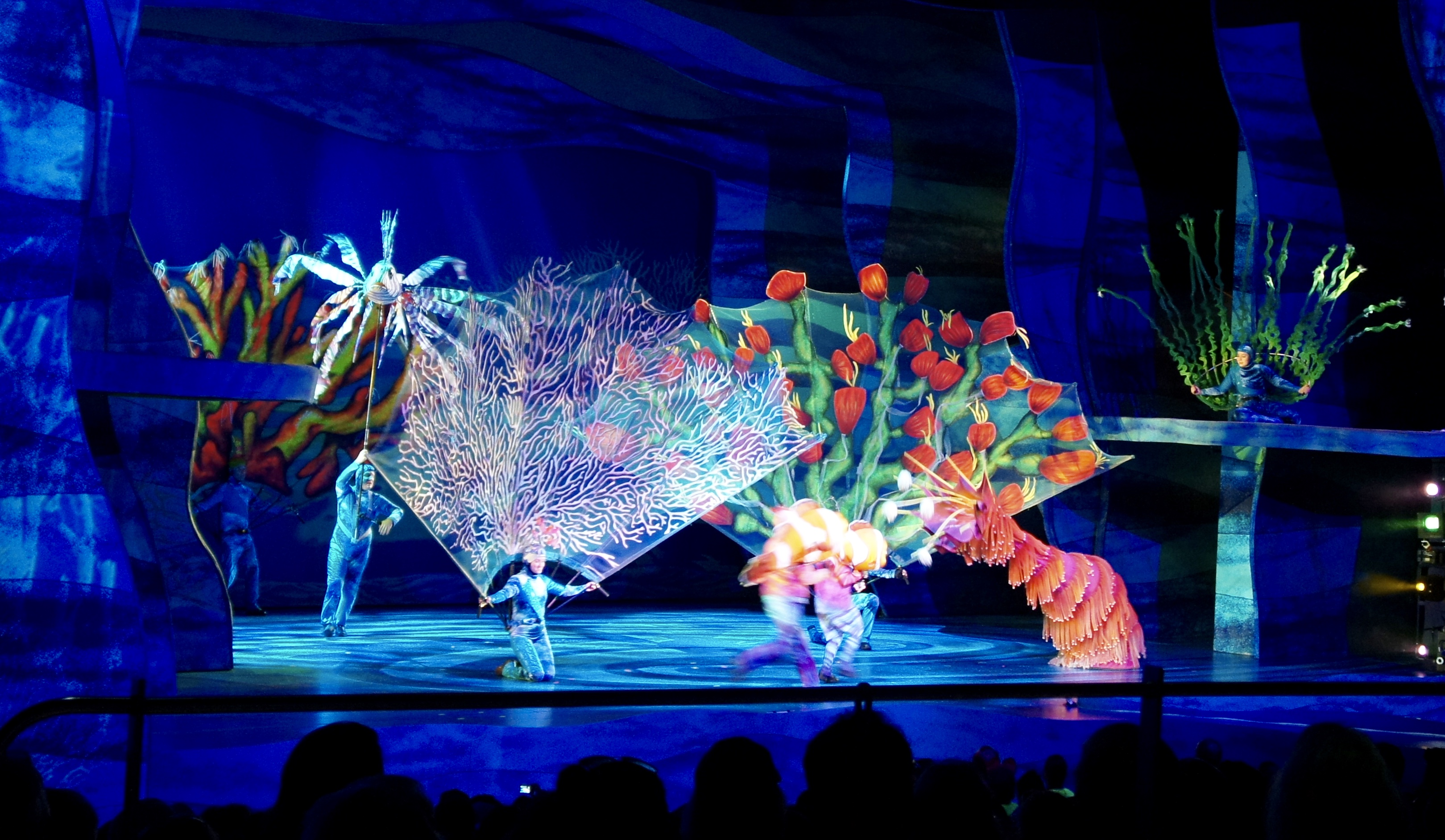 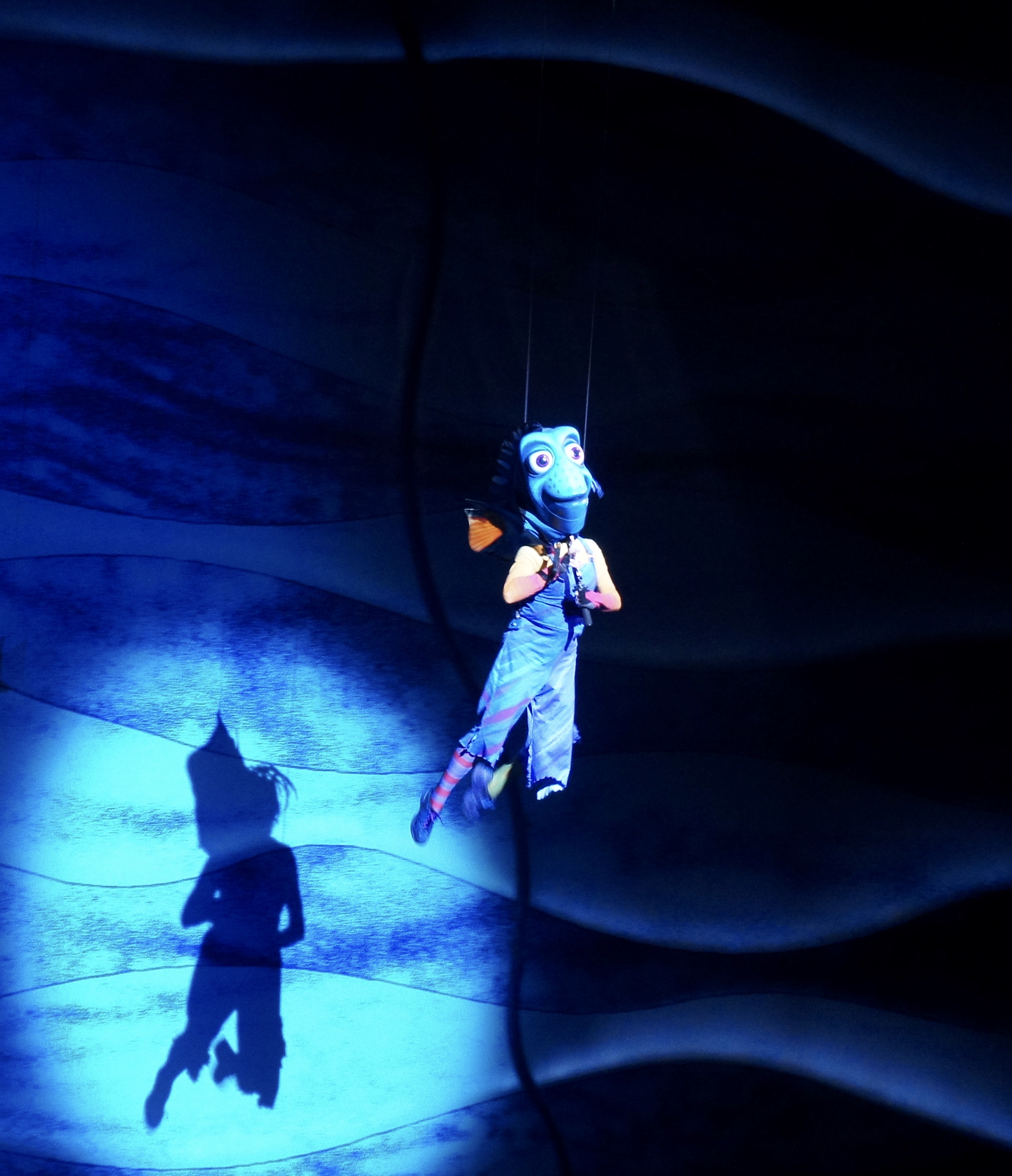 We enjoyed the day immensely, but our top moment was right at the end. A young girl had completed the “Wilderness Explorer” challenge (like Russell in UP!). She presented her form and was asked “do you want a little celebration, or a big one?” and she said “a big one please”, for the next five mins everyone within earshot was whooping and cheering for her as she was presented with her badge, it totally made her day.

As we arrived back to our hotel, I told Himself that I wanted to go back one day and do the wilderness explorer challenge….that comment was met with a smile and an almost imperceptible roll of the eyes….almost! 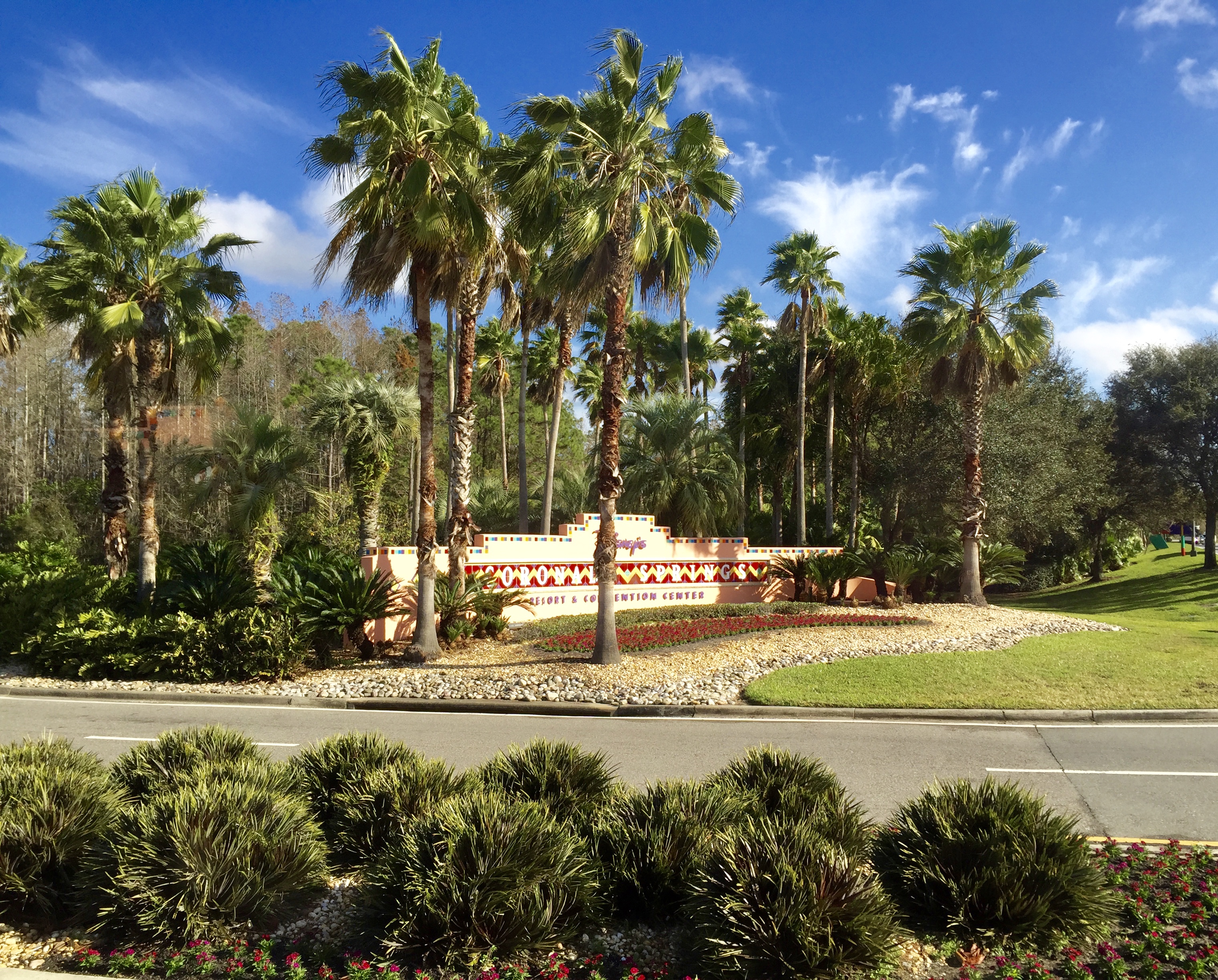 Animal Kingdom is having A LOT of work done on it, which is great, but it’s definitely necessary, at the moment it’s very dated and there really isn’t all that much going on in it. If like us you’ll be there during “Off-Peak” season, you can definitely do the lot in a day, comfortably.