I didn’t know there was a Simpsons section at Universal, but Himself was well aware and couldn’t wait to explore 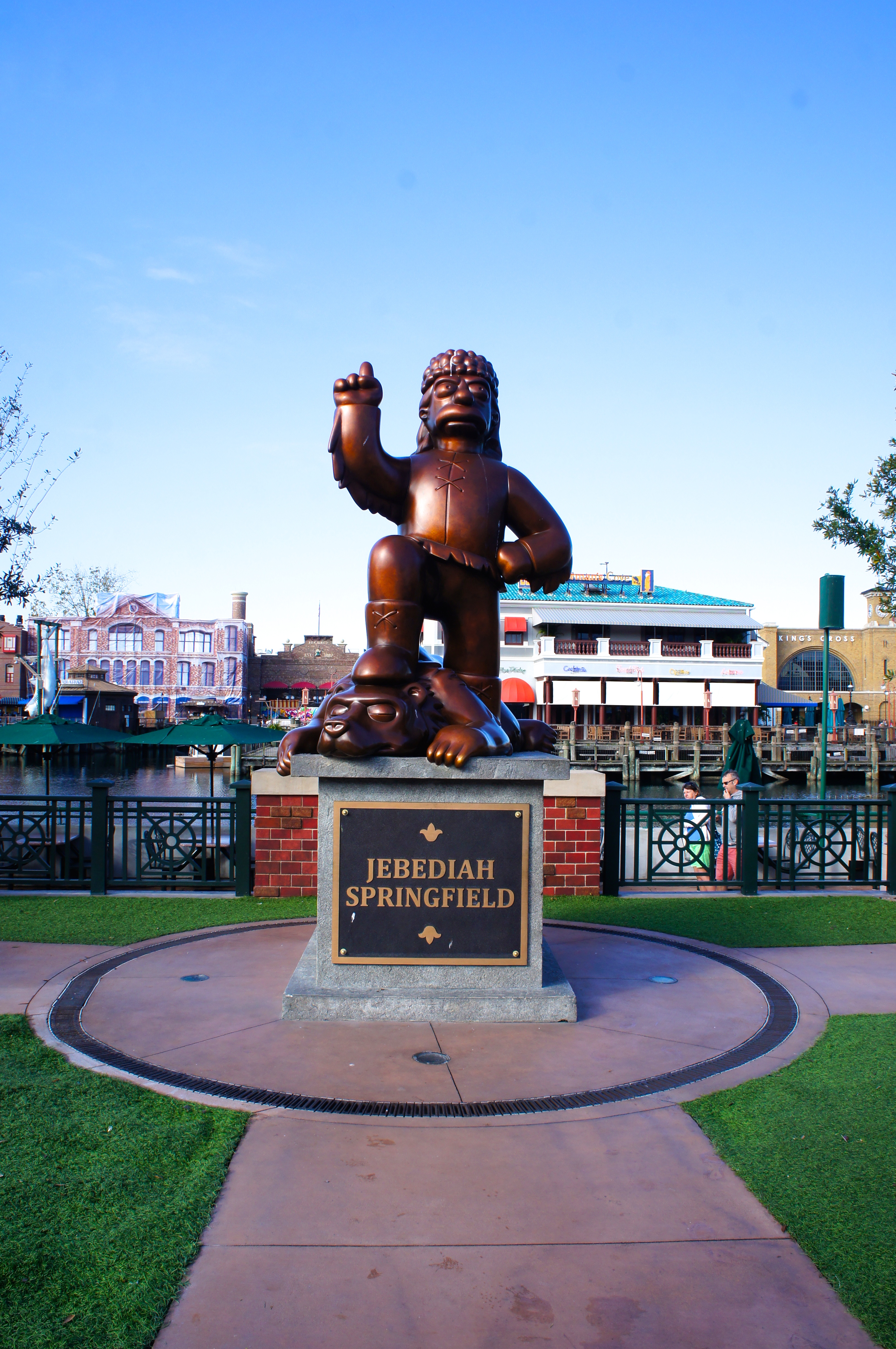 Upon entering, you’re visually accosted by yellow – lots of it! 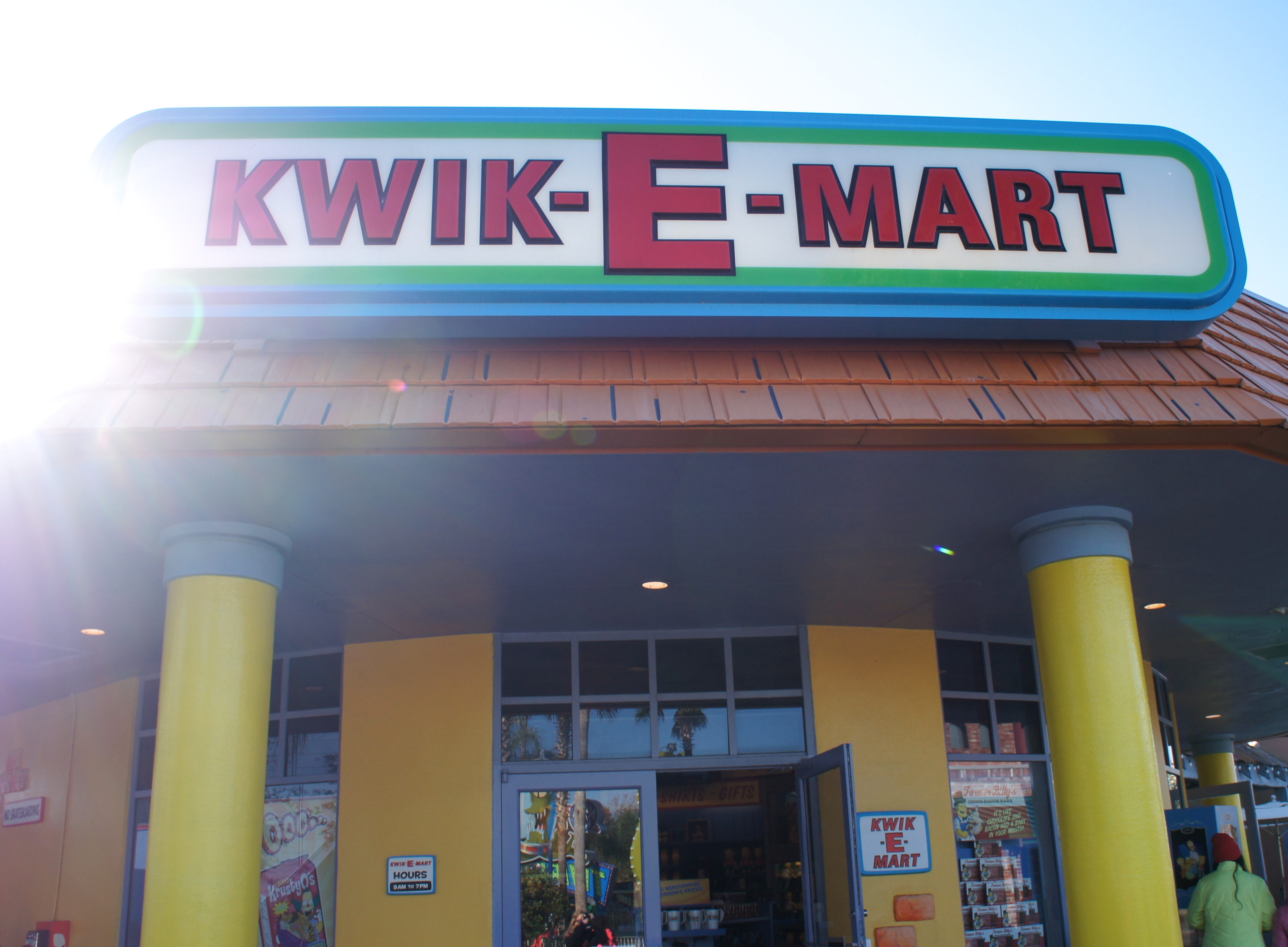 We hopped into the Kwik-E-Mart, predominately a merchandise store, but it had a few fun things to see from the show too! 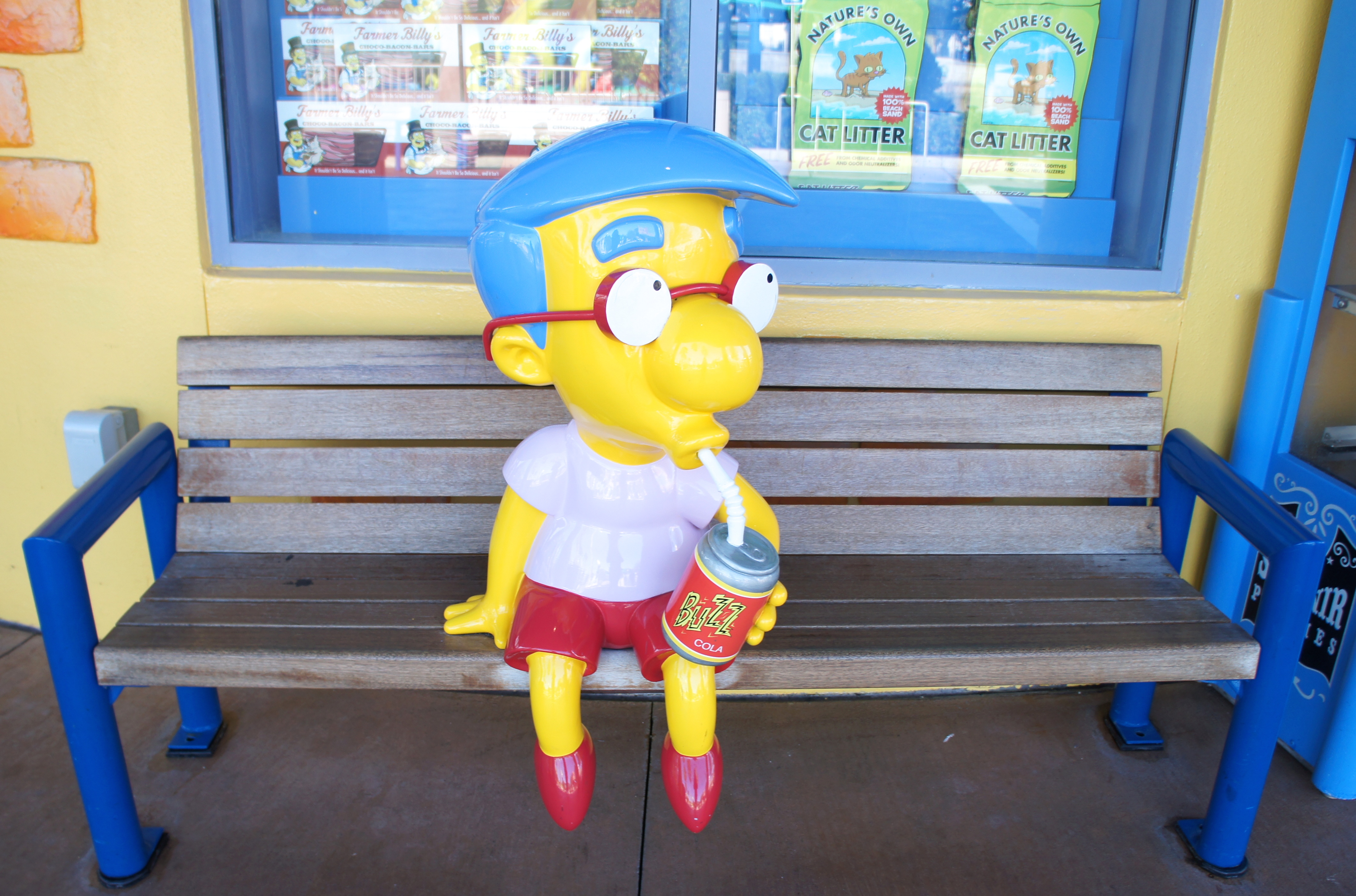 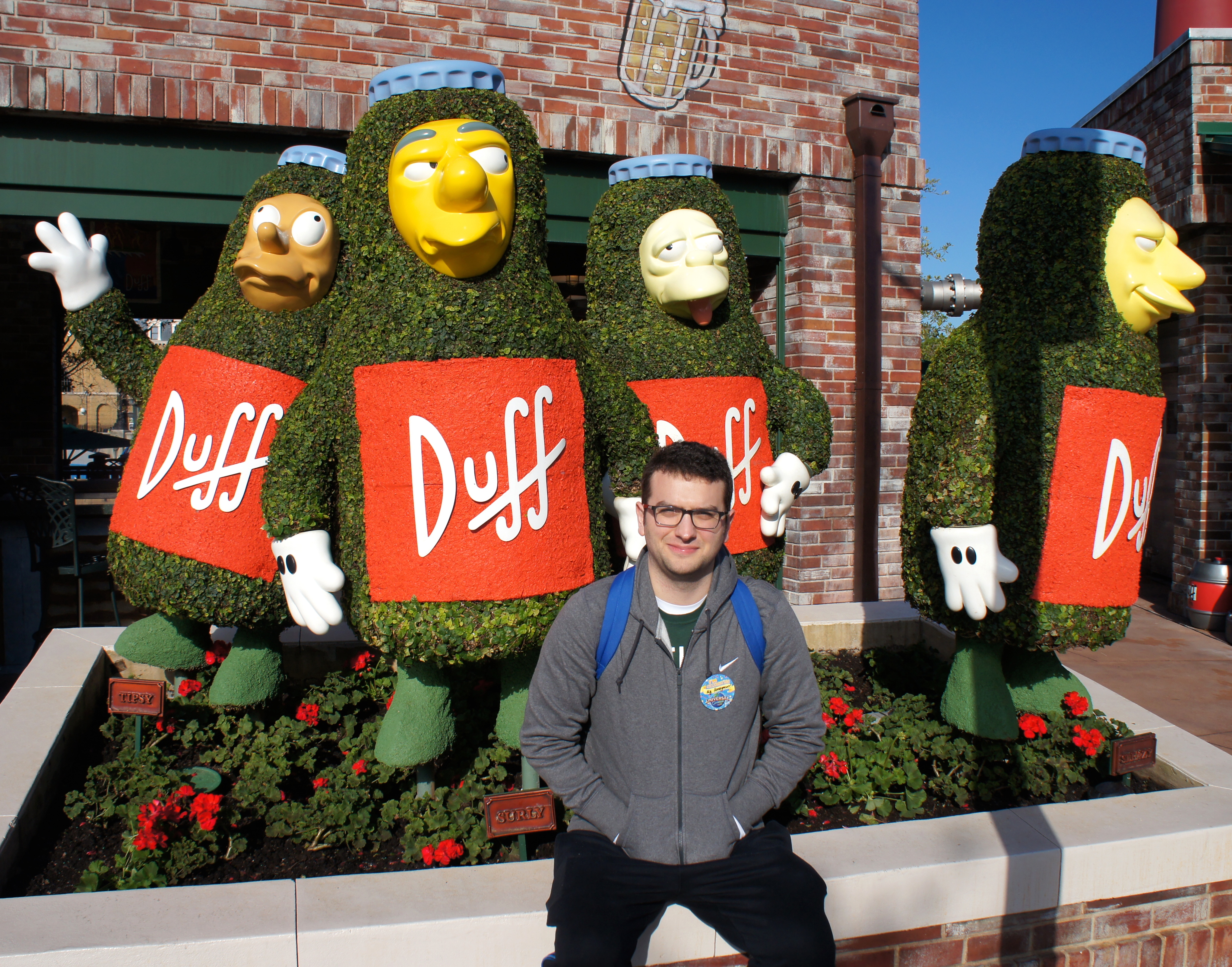 Police Chief Wiggum seemed to have been involved in a little fender bender, so we stopped by to say hi 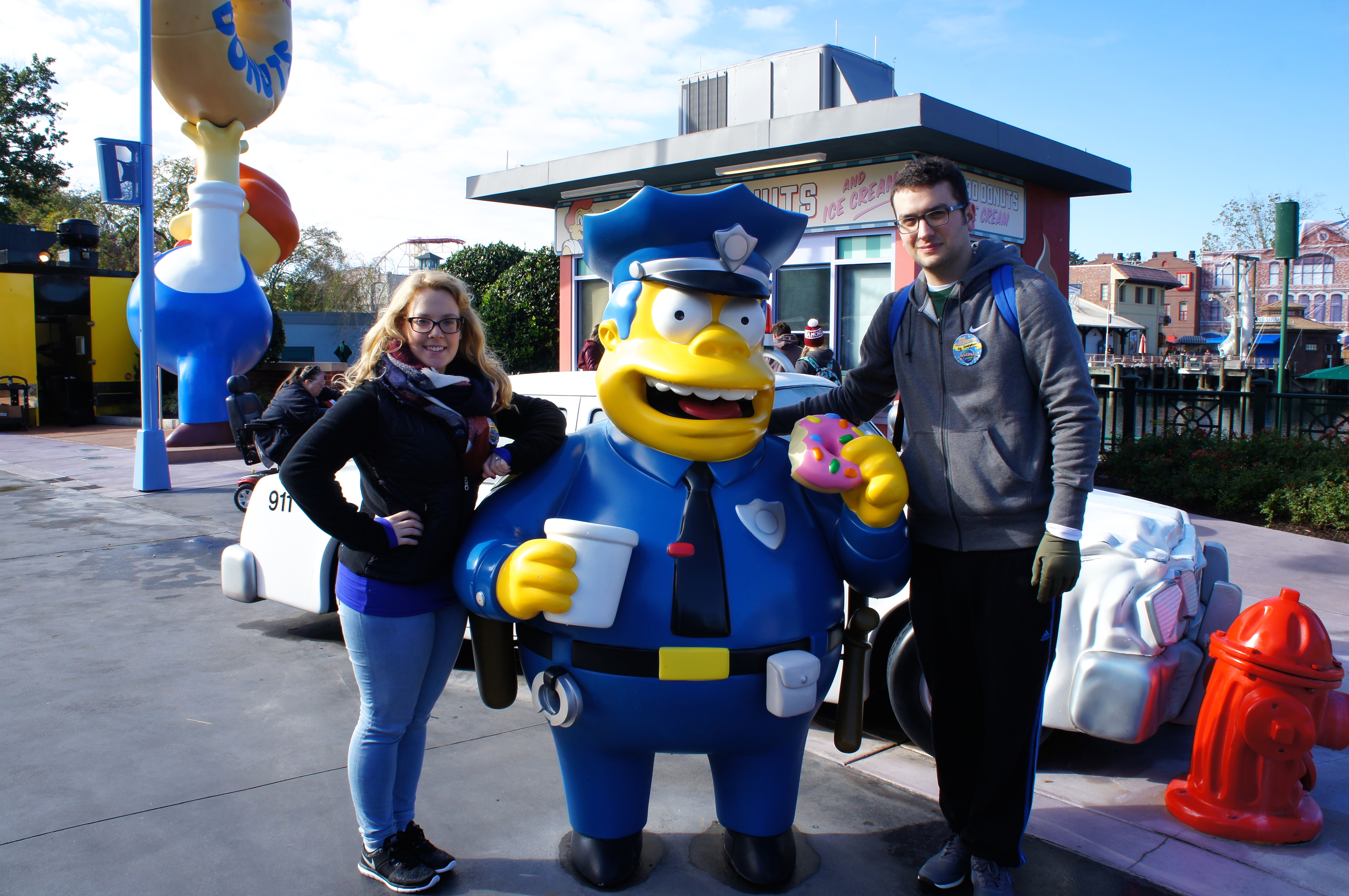 This next shot, was my favourite of the day! 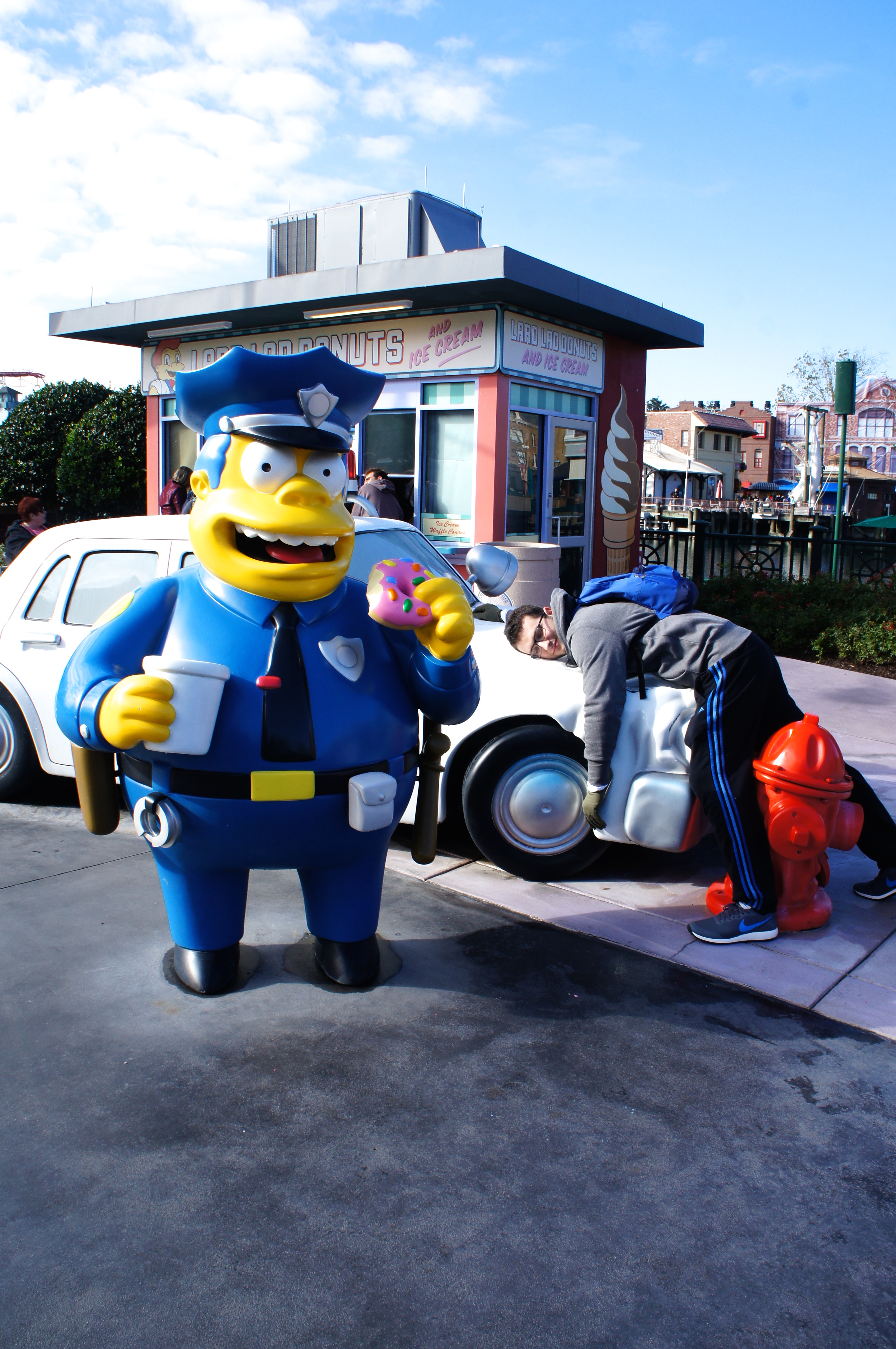 With a roar we realised that, in all our excitement, we hadn’t had any breakie and it was nearly lunchtime! We also noticed that Lard Lad Donuts was right behind us…the saying “when in Rome” came to mind 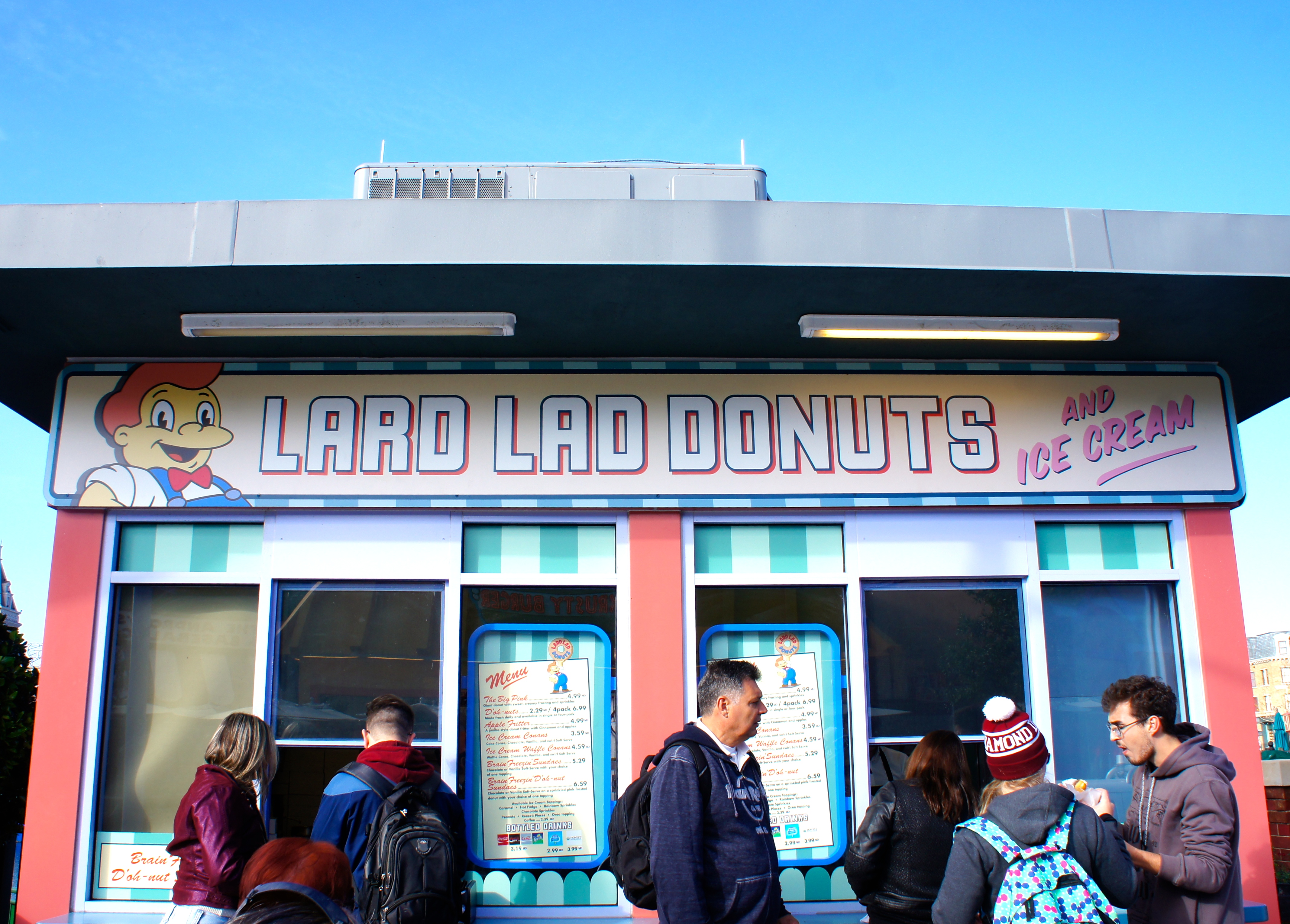 The iconic pink sprinkles doughnut was there in normal size (which we opted to share), but there was also a terrifyingly large version. On the label it says “serves 3-4 people”, however, we saw several people getting one each…I can’t even imagine the tummy ache it would have caused! 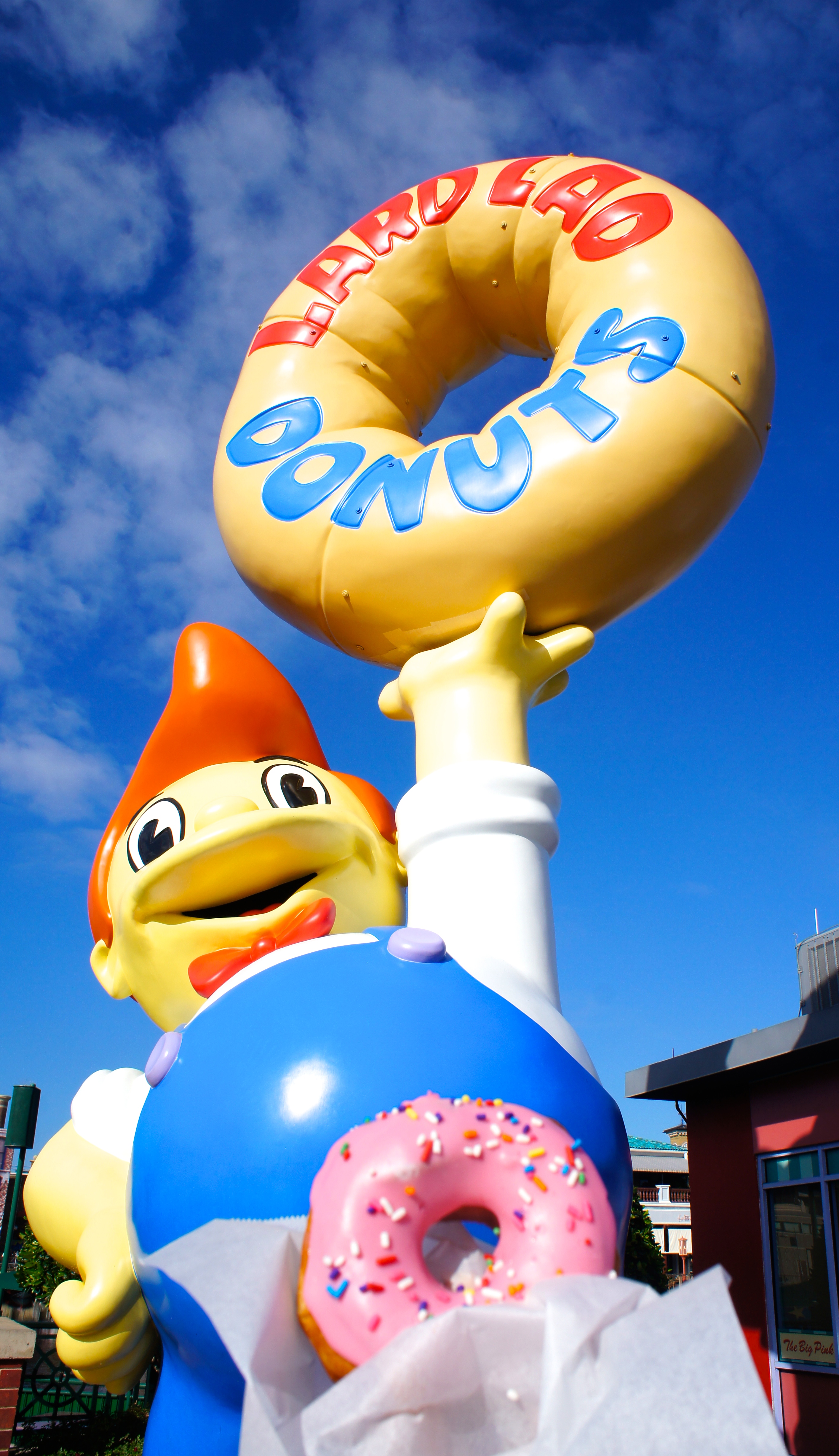 We were very content with our “little” one, which was far too tasty and definitely made me forget all about being rained on earlier! 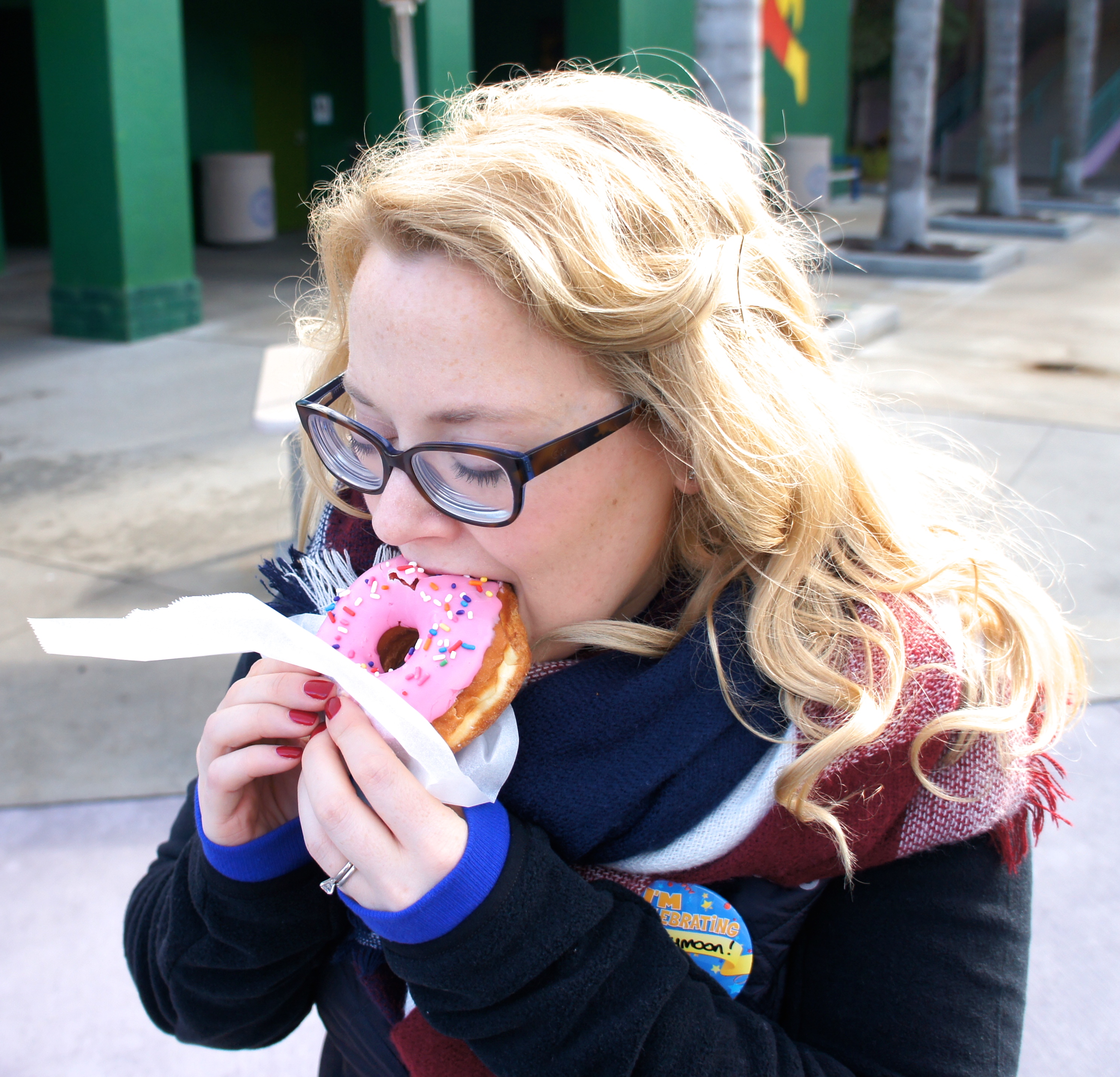 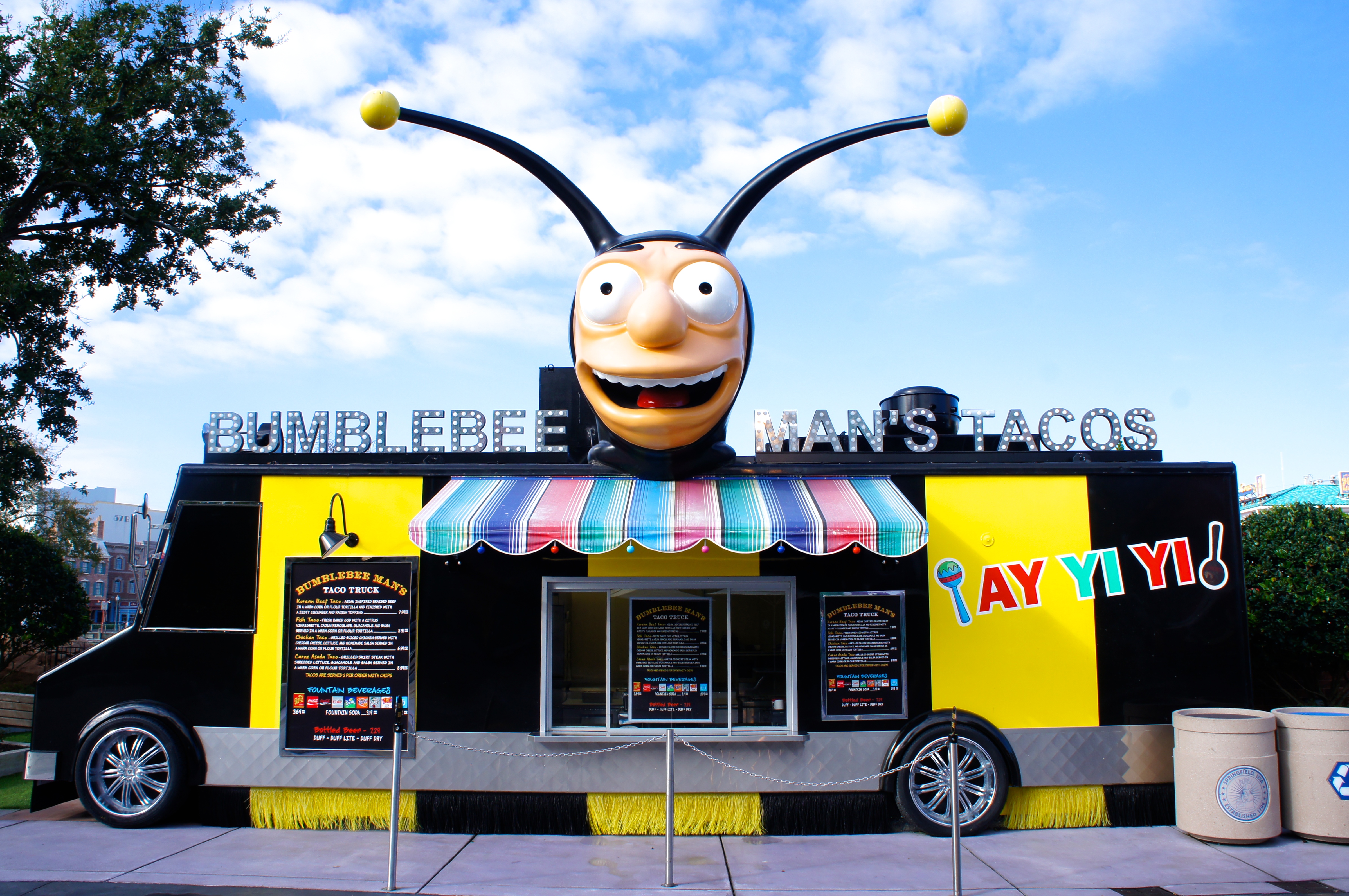 After roaming around Springfield and deciding not to spent 90mins queuing up for the Simpsons ride (a 90 minute wait during OFF SEASON?!), we decided instead, to pull up a barstool at Moe’s 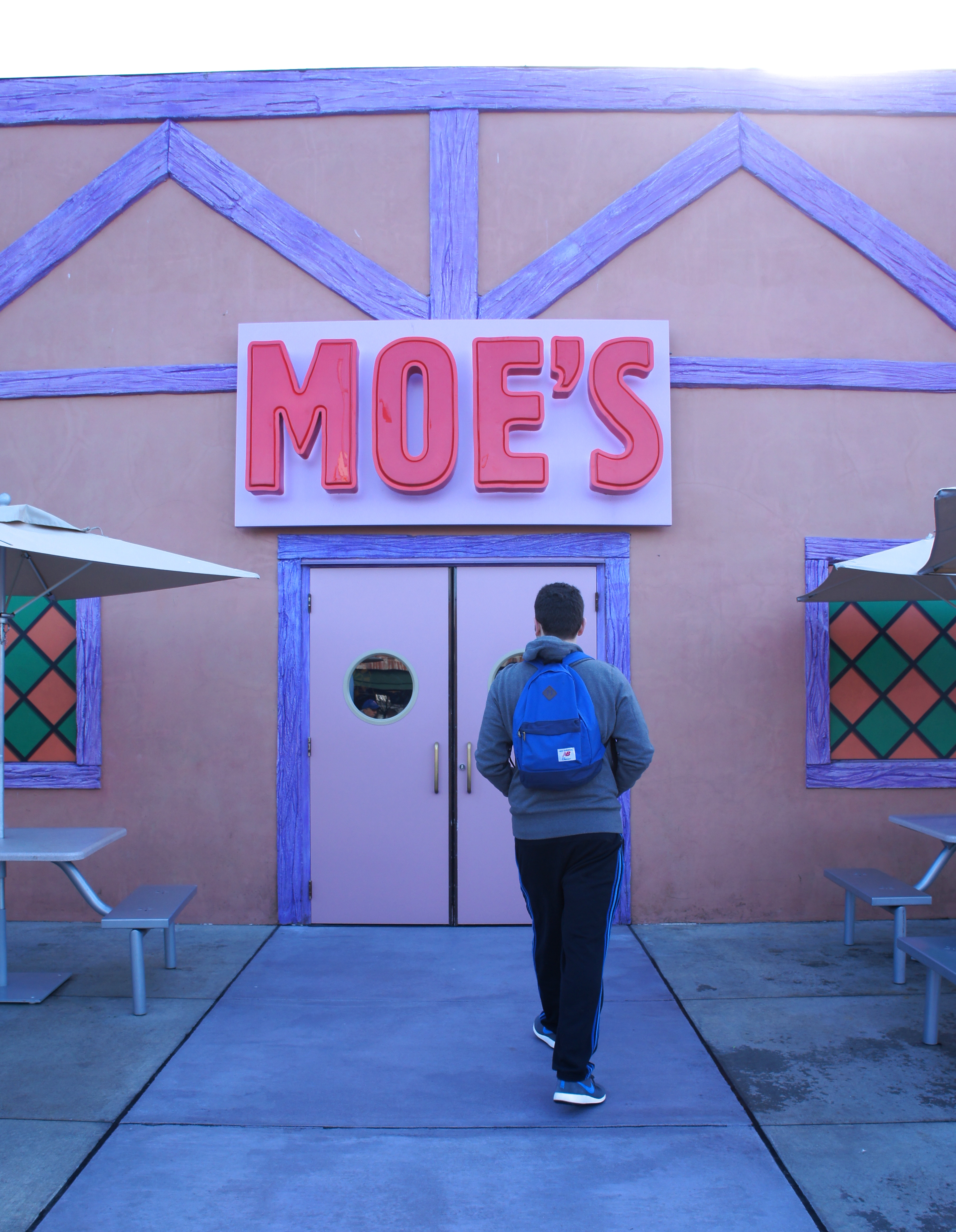 The bar was excellent! It had buckets of memorabilia from the show and of course, Duff beer, with Himself getting into character before we’d even had a sip of anything!! 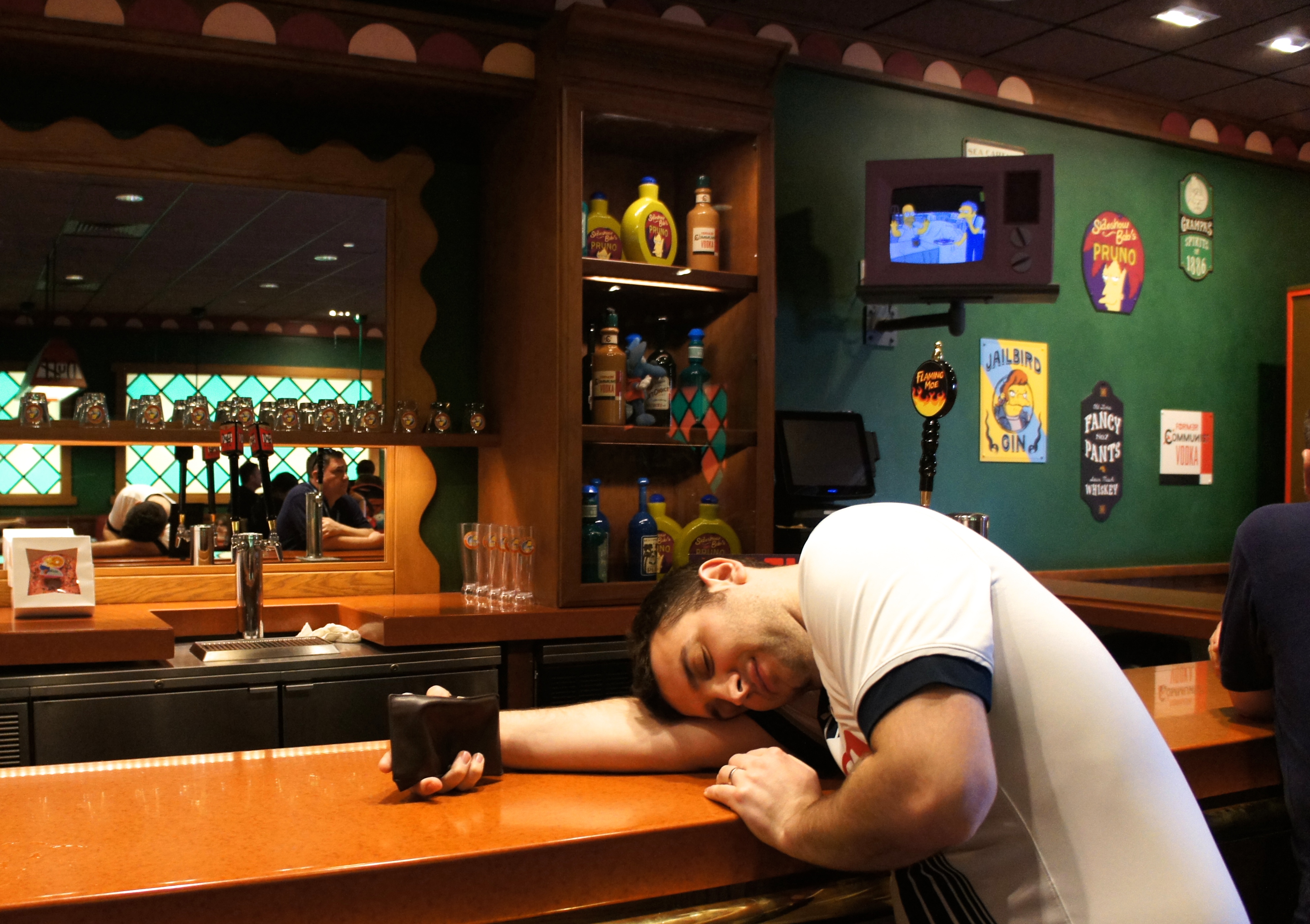 Lena, our waitress was fantastic, a genuinely lovely person, who was up for a bit of a natter which we loved! 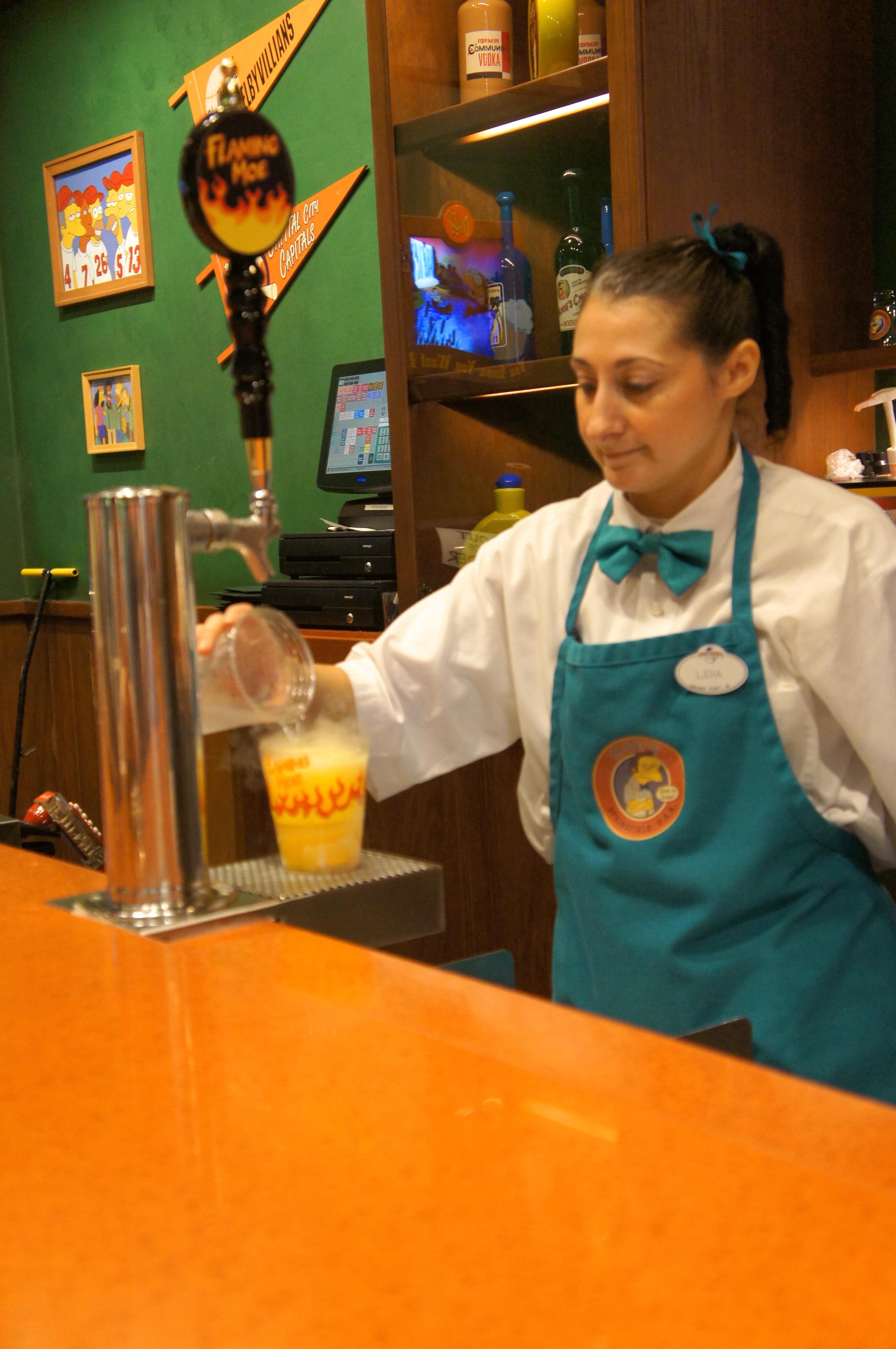 I ordered a ‘Flaming Moe’. In the show that drink was best avoided for health reasons – but thankfully in the real world – it’s a particularly zesty orange drink! 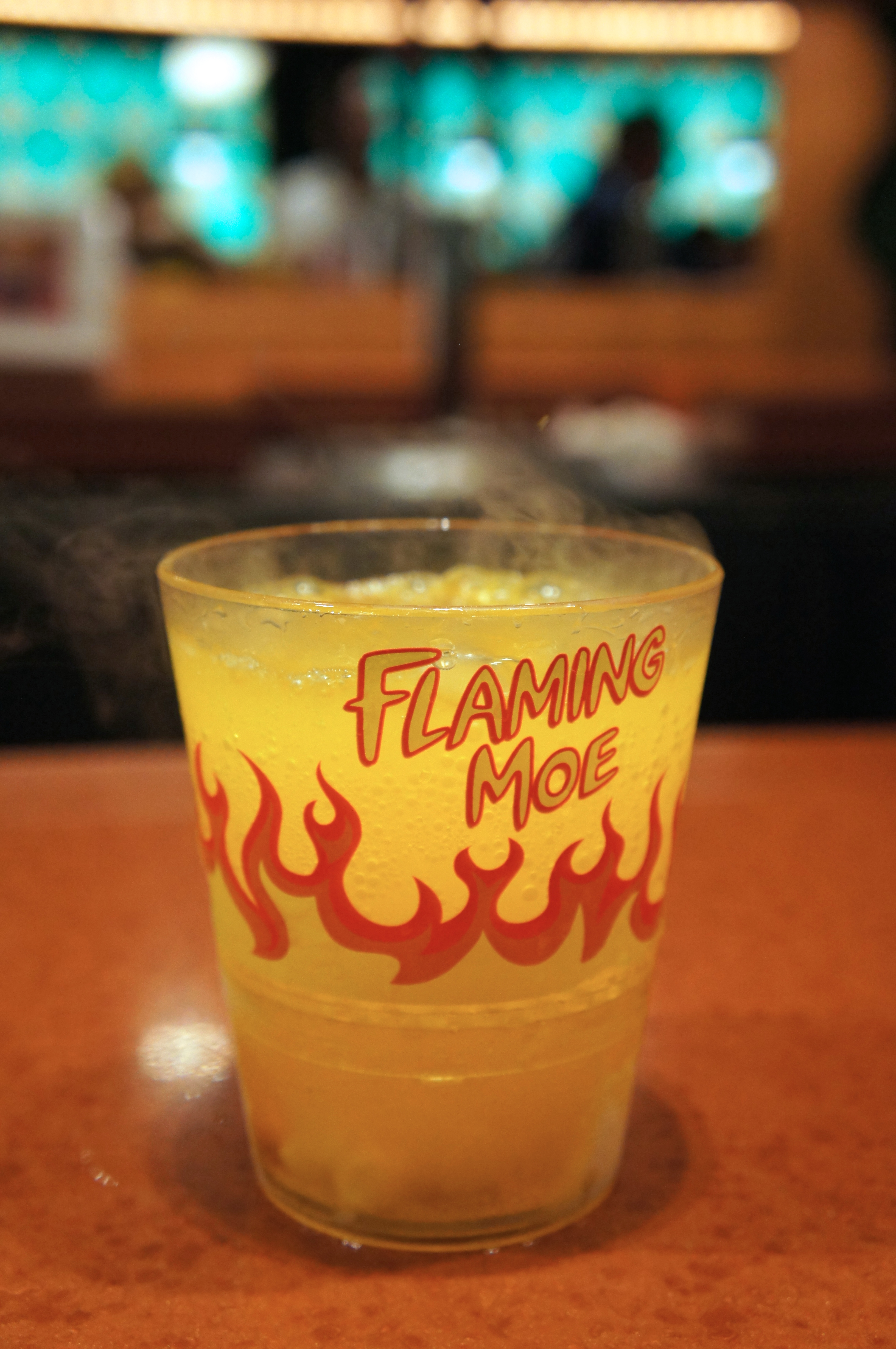 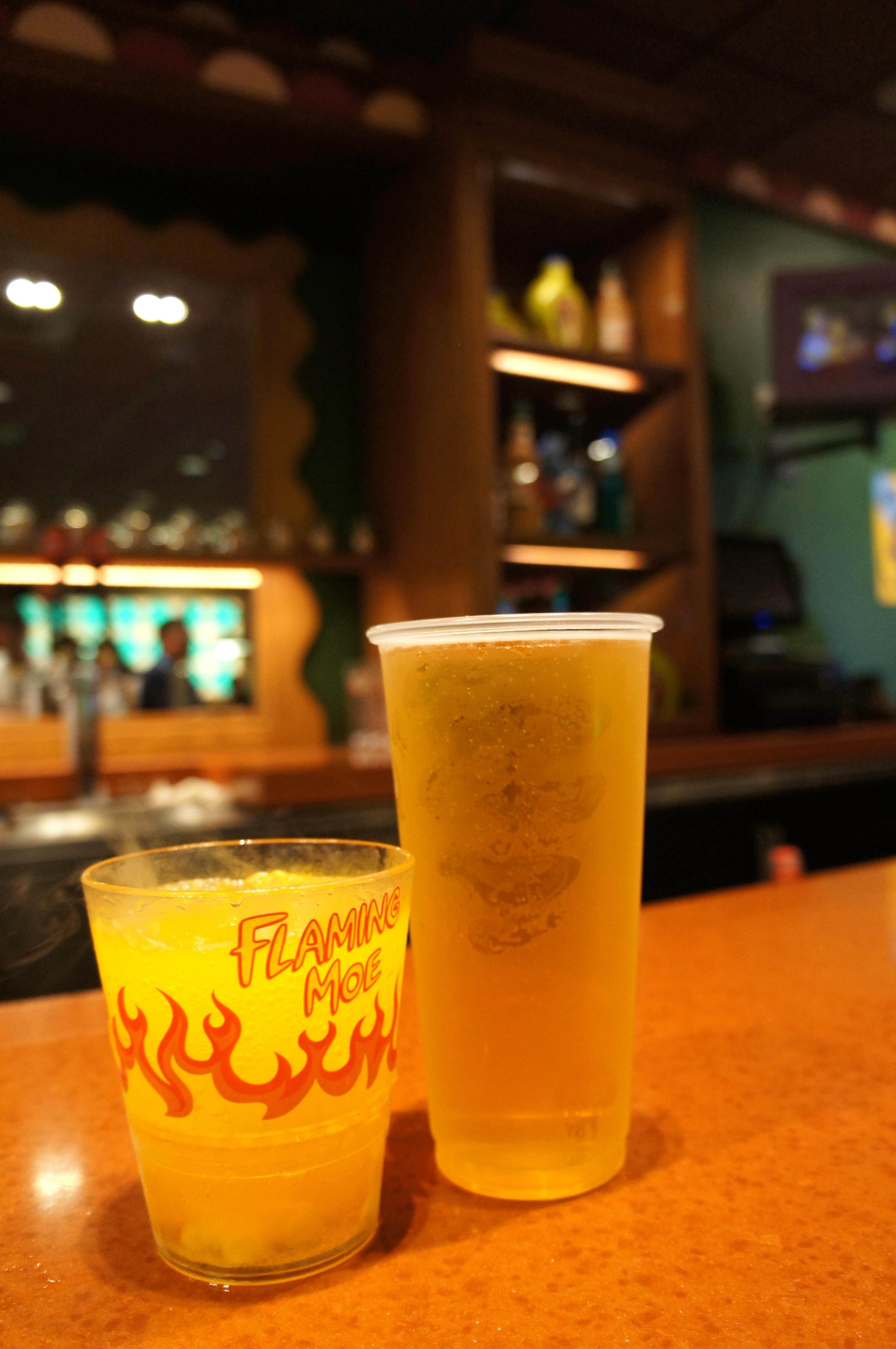 On the perfectly decorated TV they were showing a constant stream of scenes which all took place in Moe’s Tavern, it was a lot of fun to rewatch some classic moments! 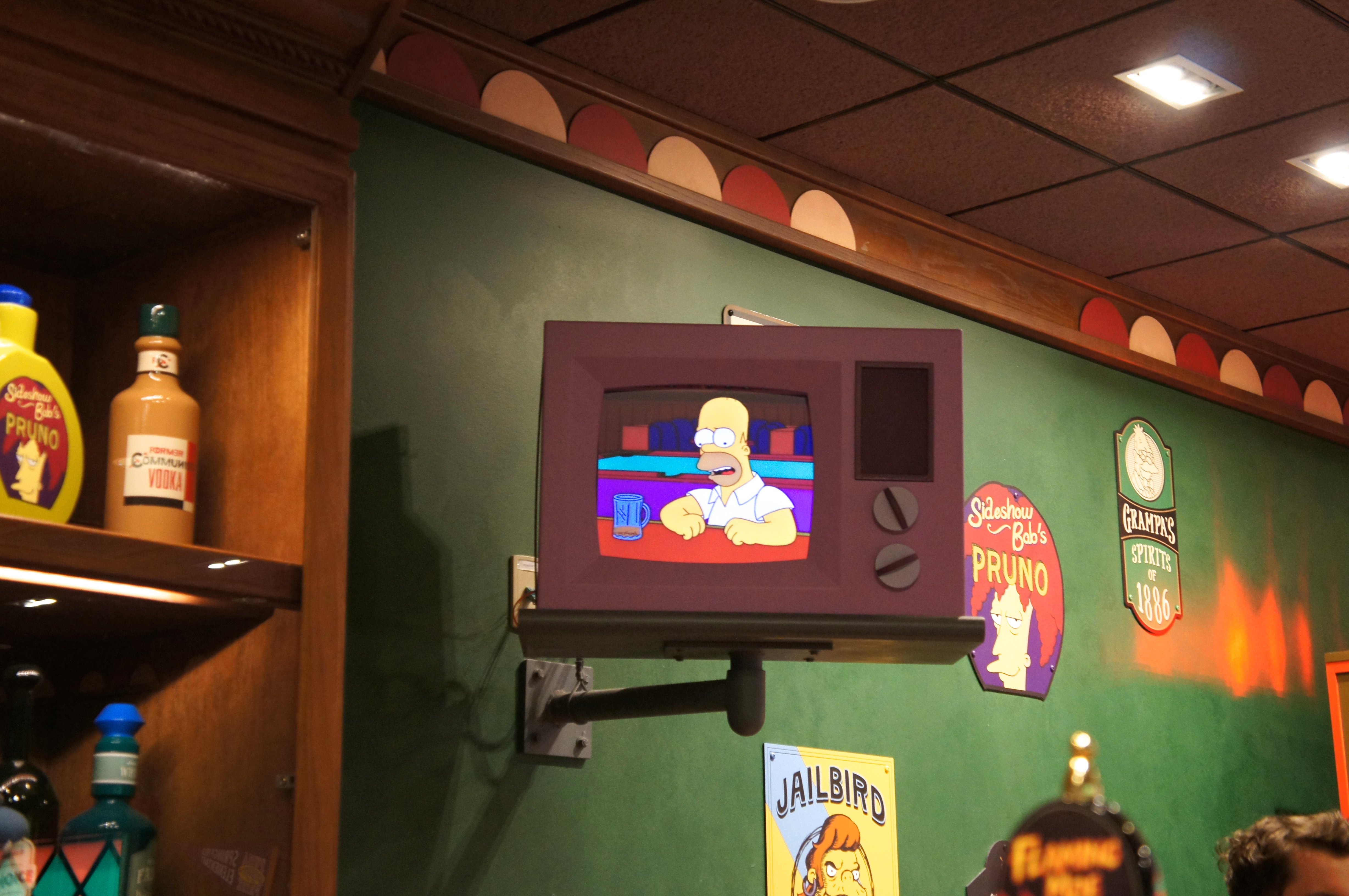 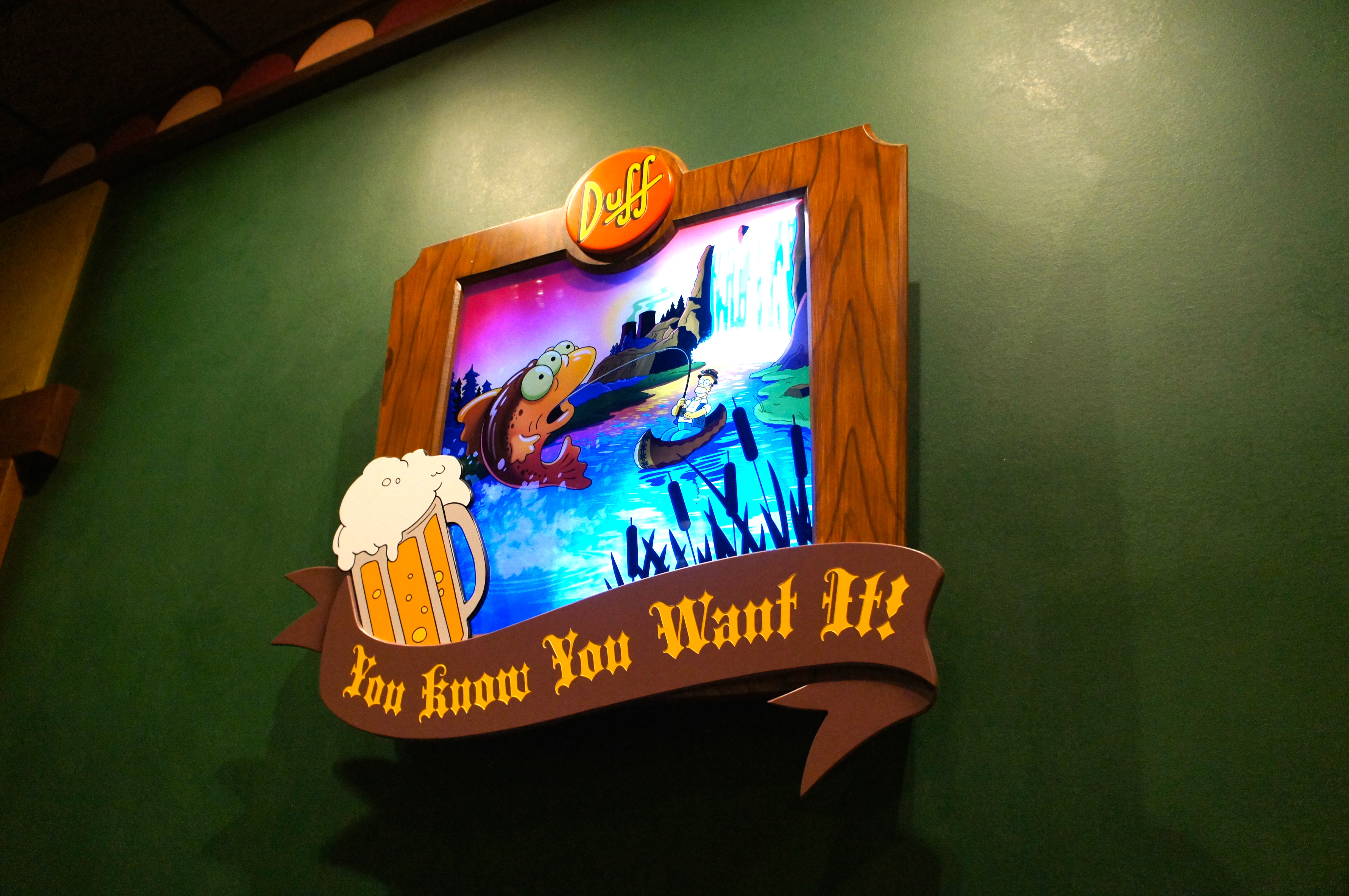 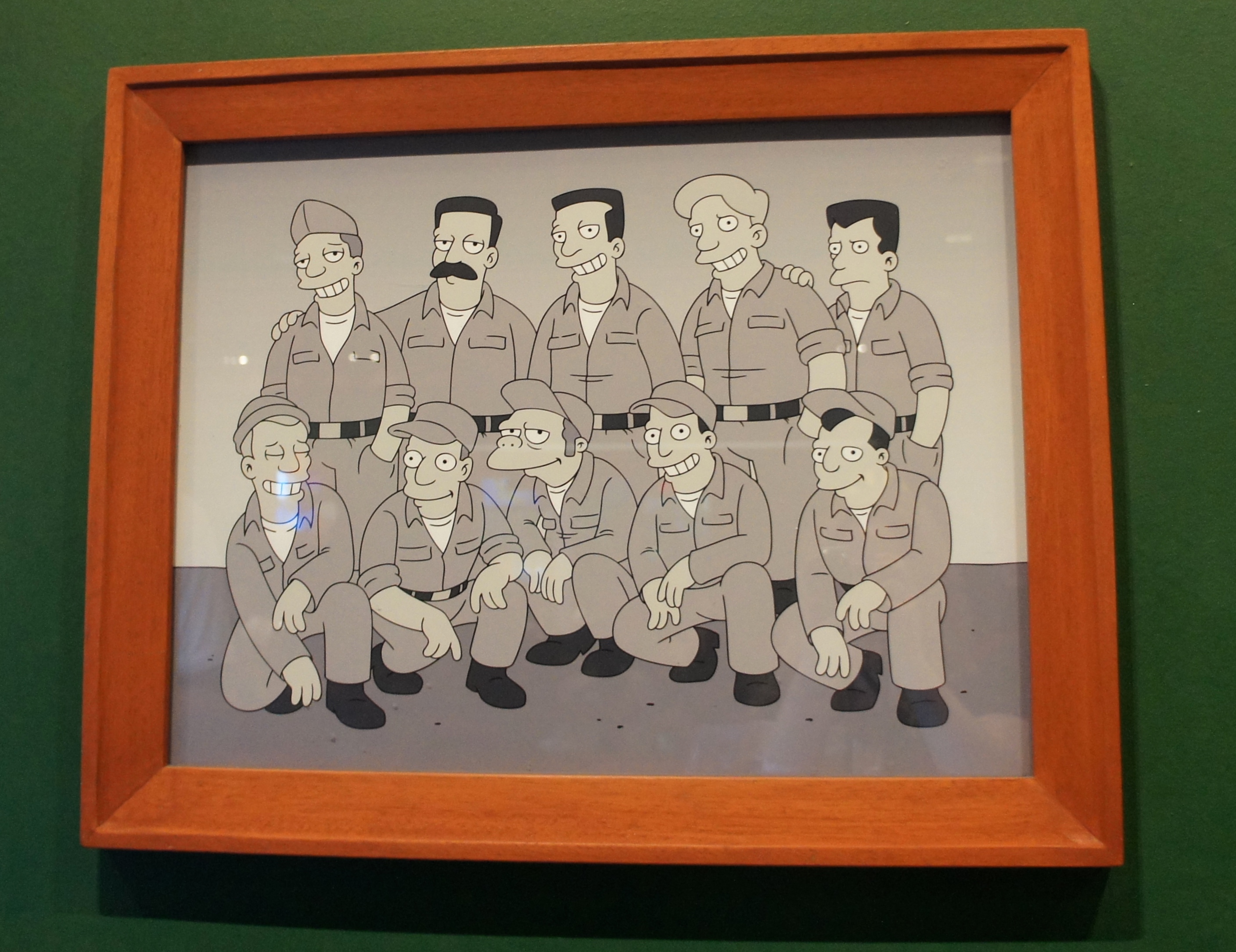 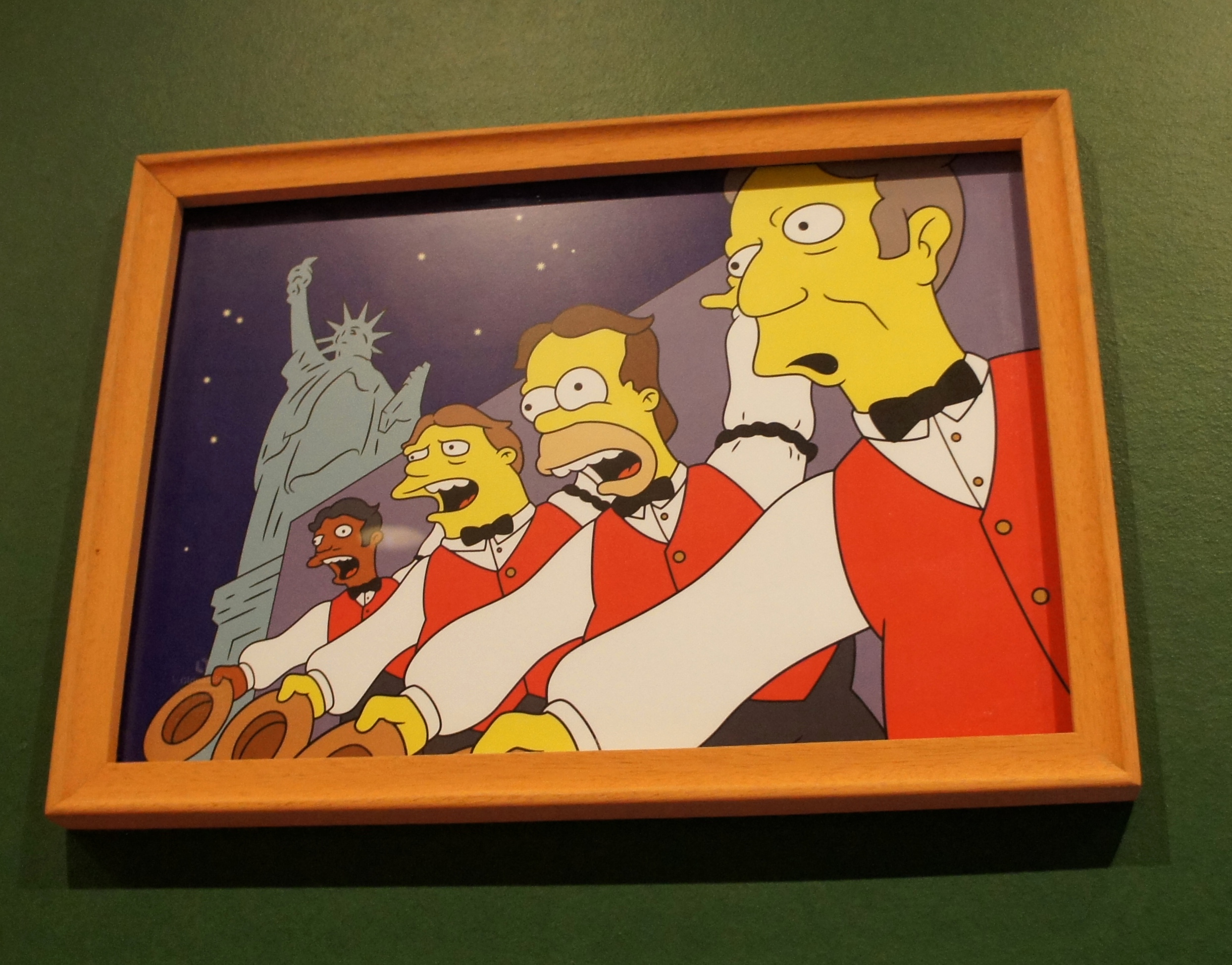 The Love Tester machine was tucked away in a corner and Himself was pretty delighted with his result (the face of concentration!) 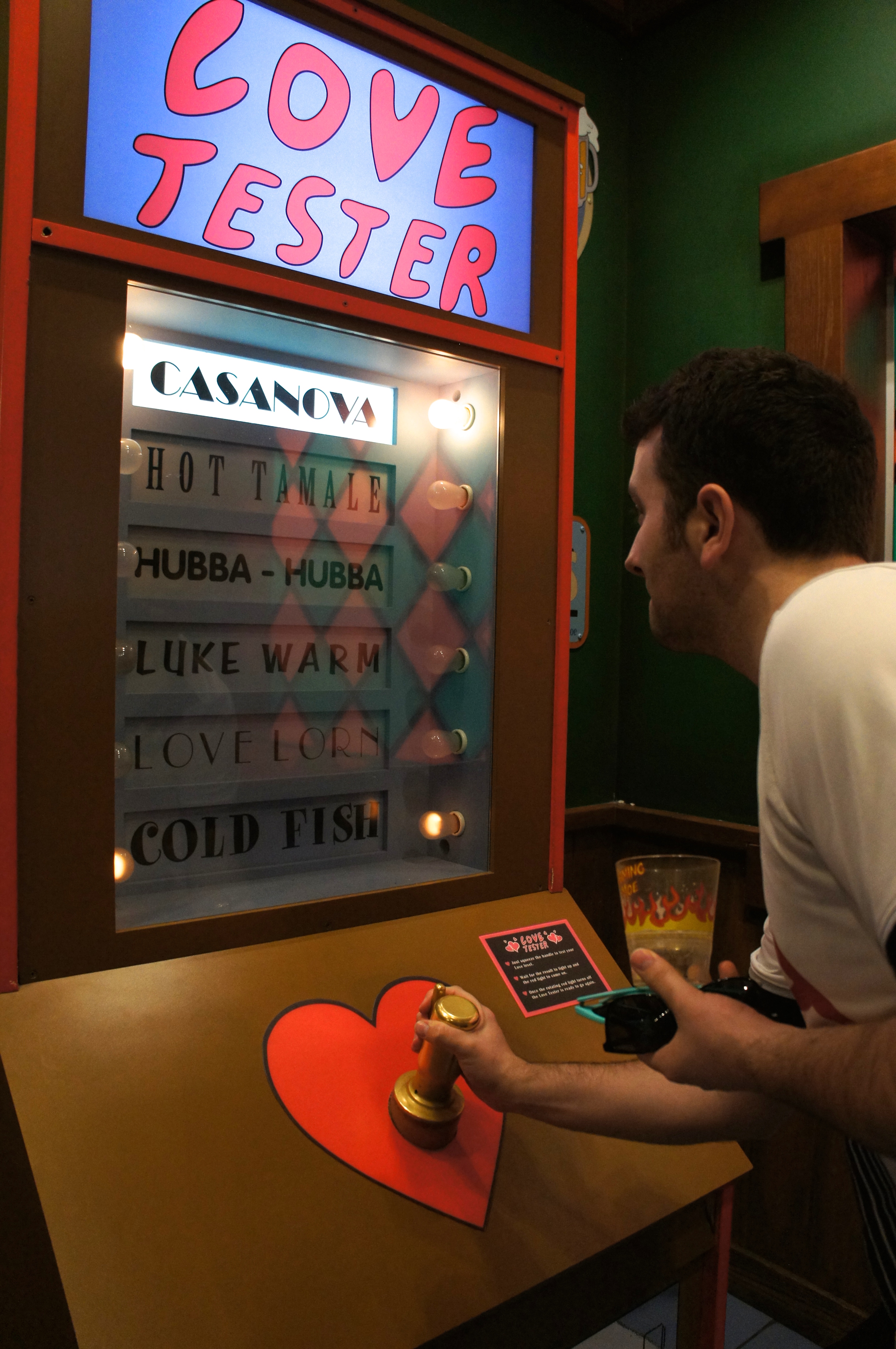 Barney, true to form, was a terrible influence… 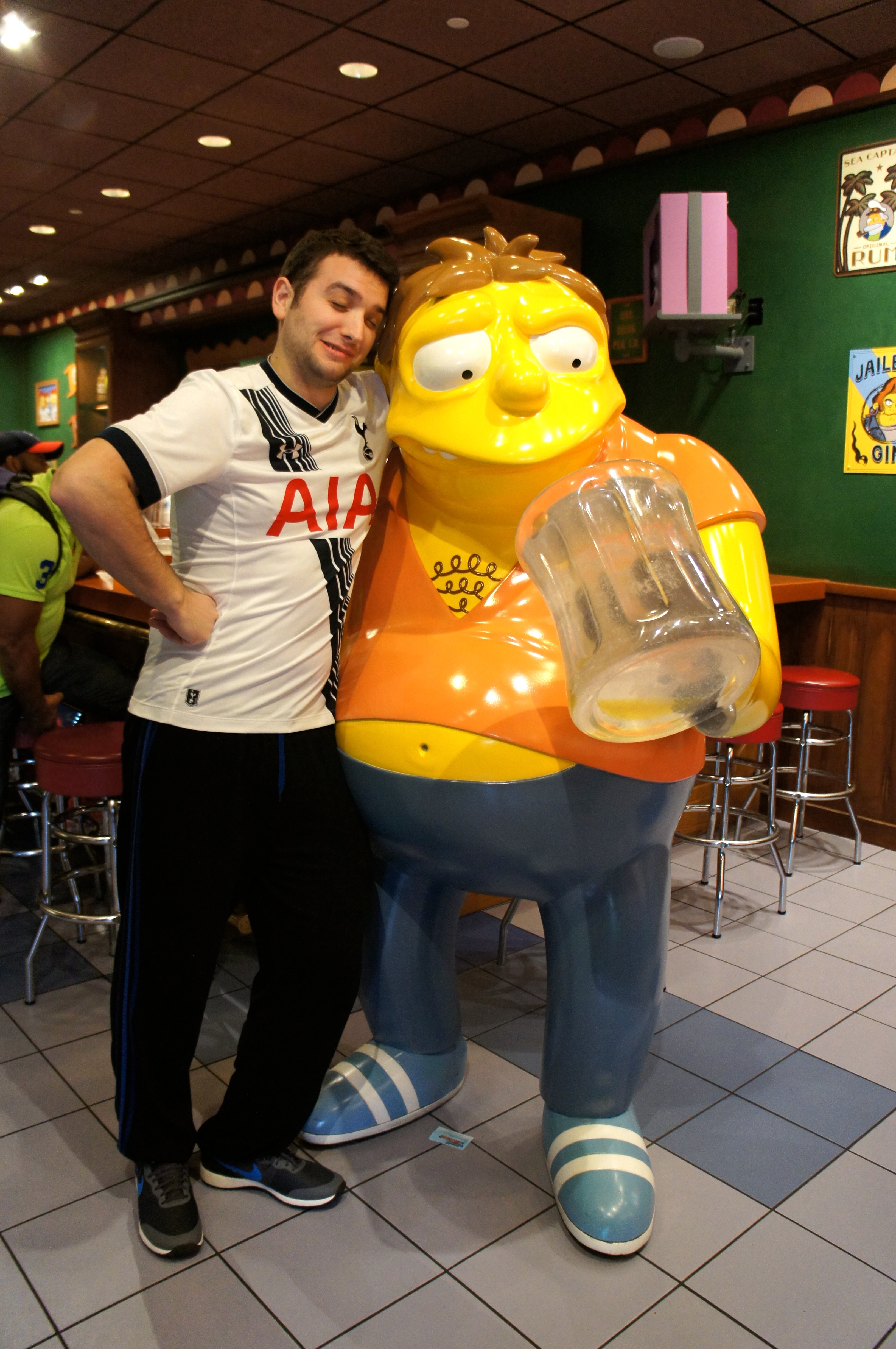 After exhausting all there was to see in Springfield, we set off in search of a proper lunch and popped into Met’s Drive-In (which isn’t a drive-in at all fyi!) 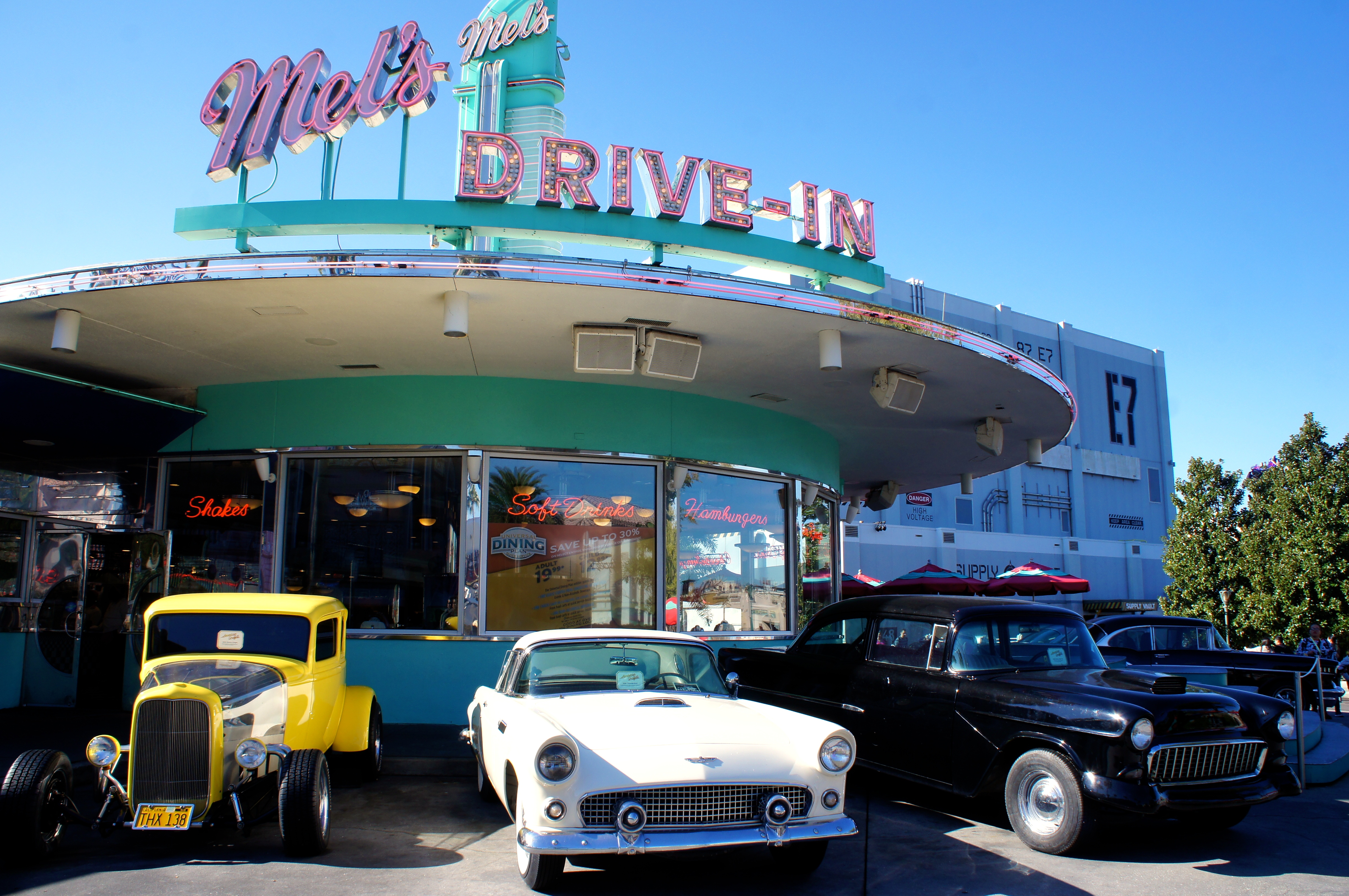 With a perfectly 1950’s diner interior, we sat down to order – but we were just too keen to get out to see more! So instead of that proper lunch we had planned…. 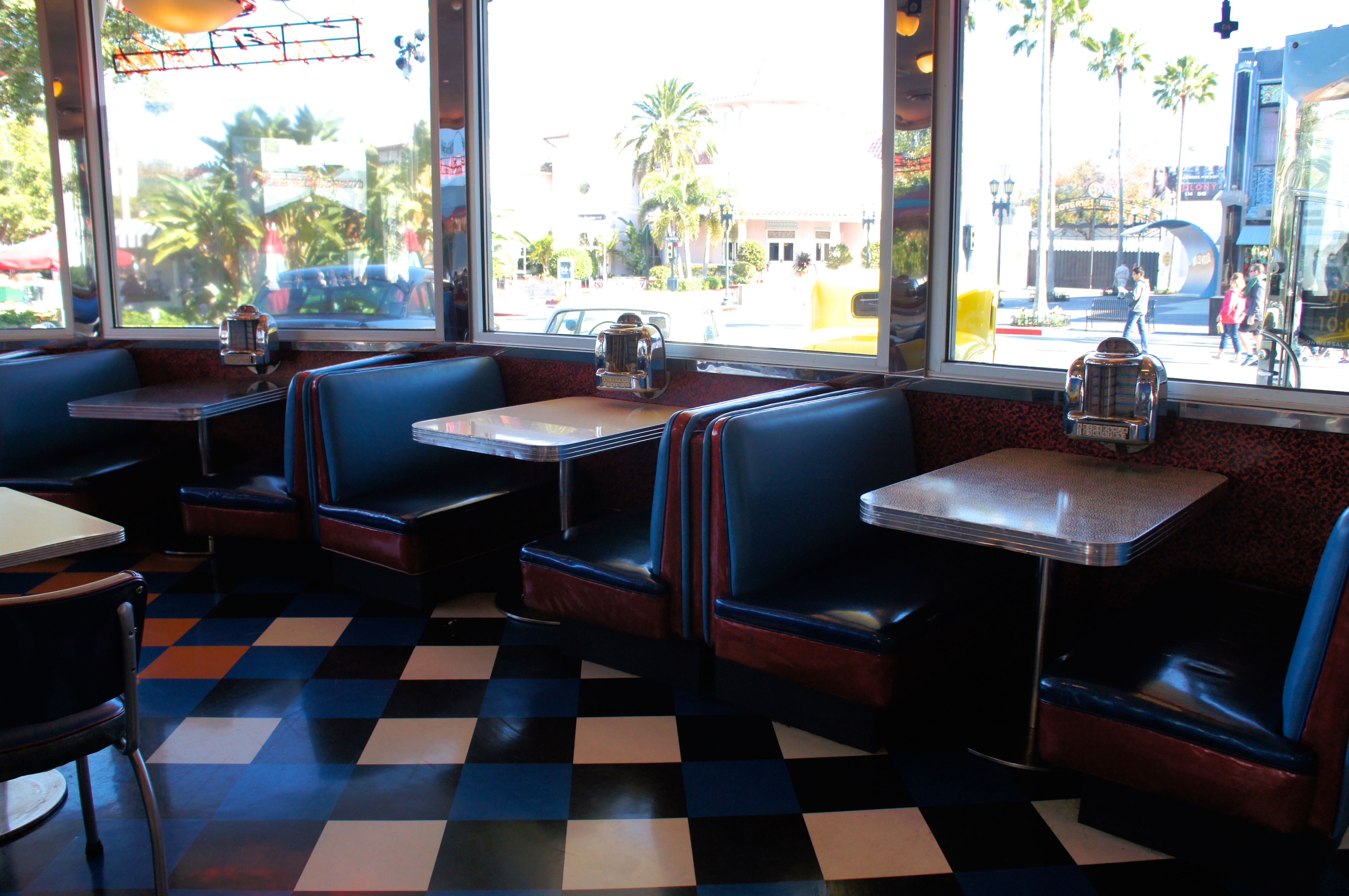 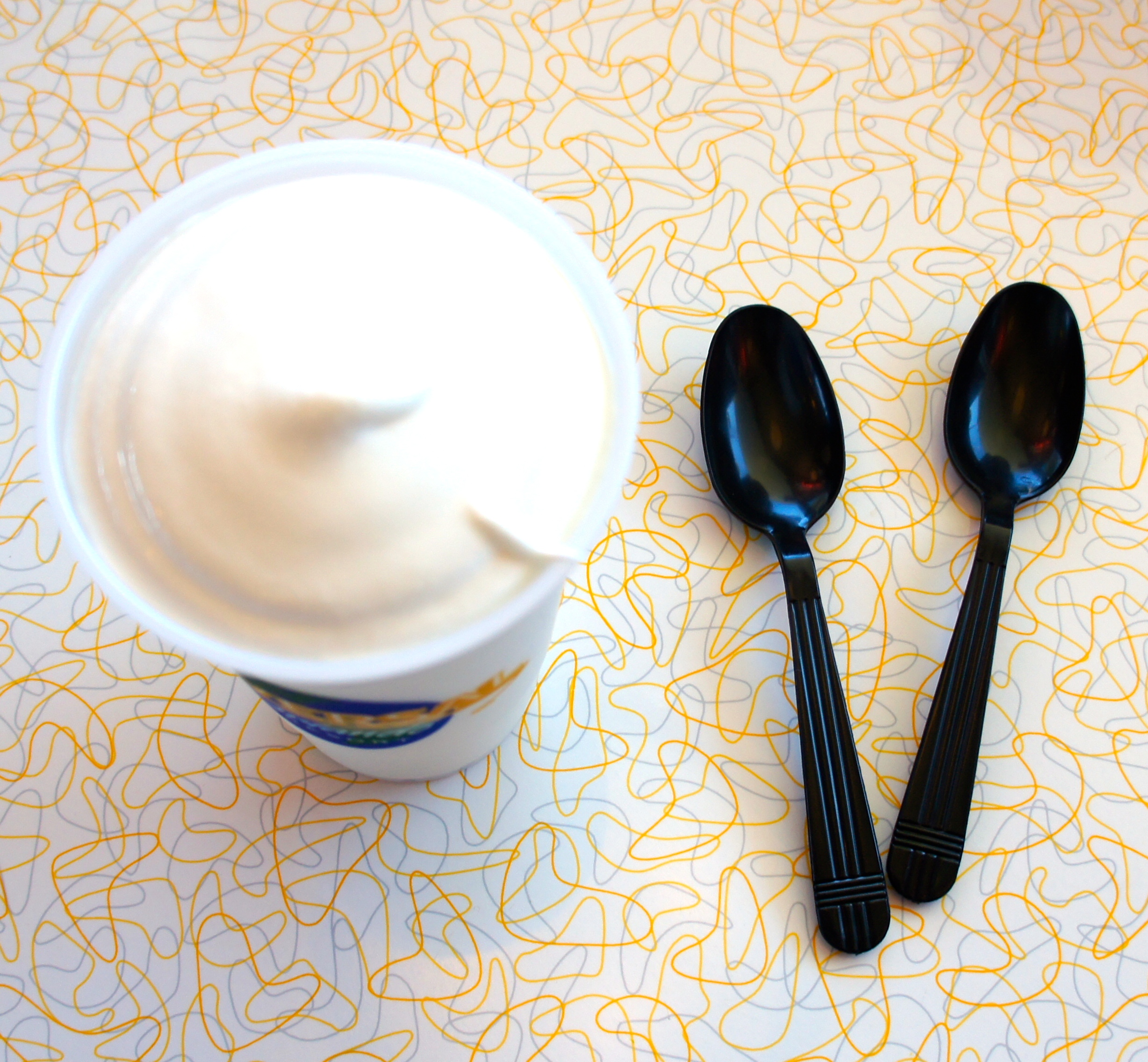 We thought it was a bit odd that it arrived with two spoons instead of straws, until we got involved with the actual eating – it was the thickest milkshake either of us had ever come across, it was soooo good – but basically ice cream! 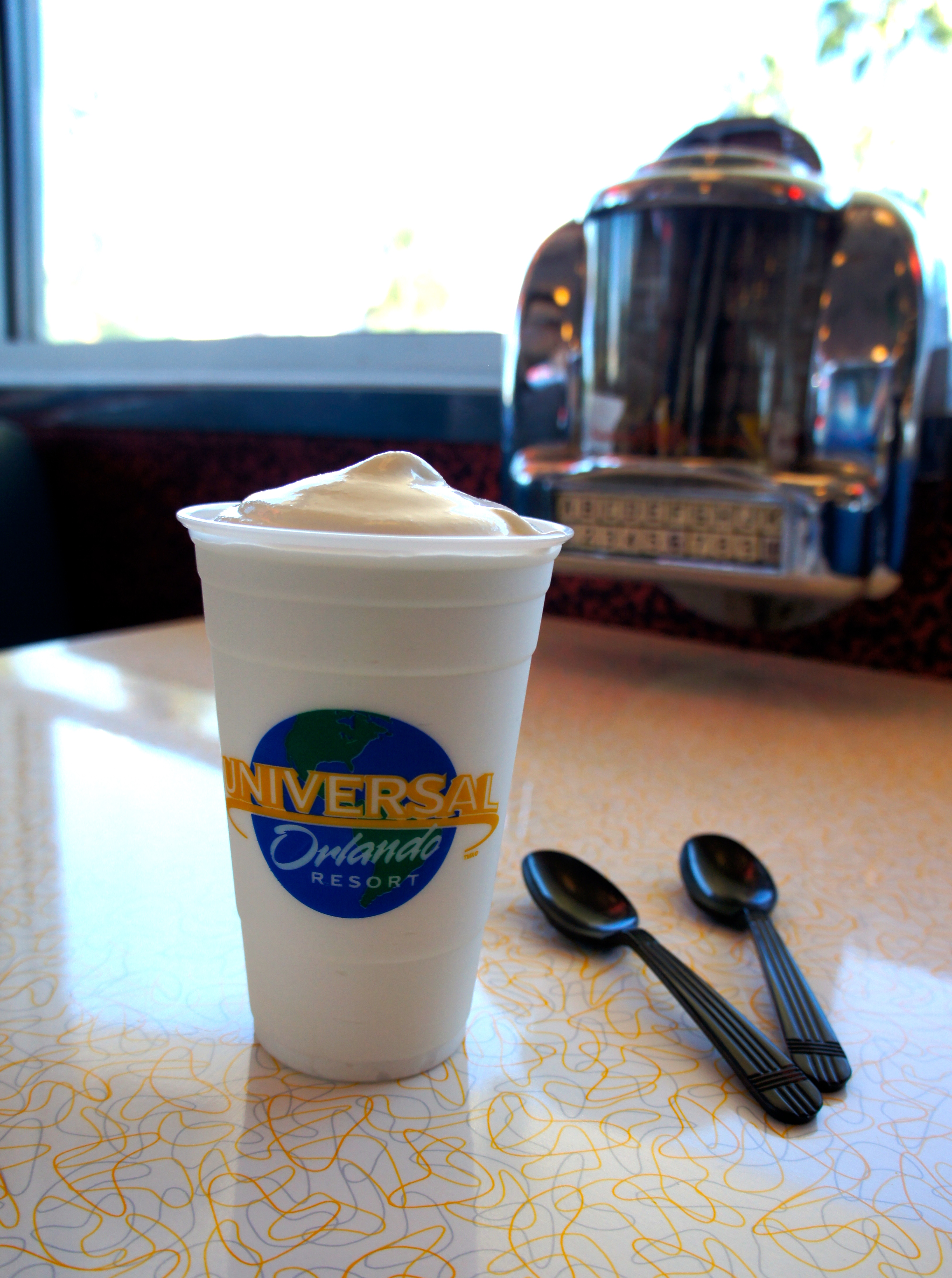 Between the two of us we only made it half way through (I know, terribly poor show) but in our defence, there was just so much to see, we didn’t want to waste time sitting around – so we were up and out again in no time, being waved on our way, by five lovely members of staff 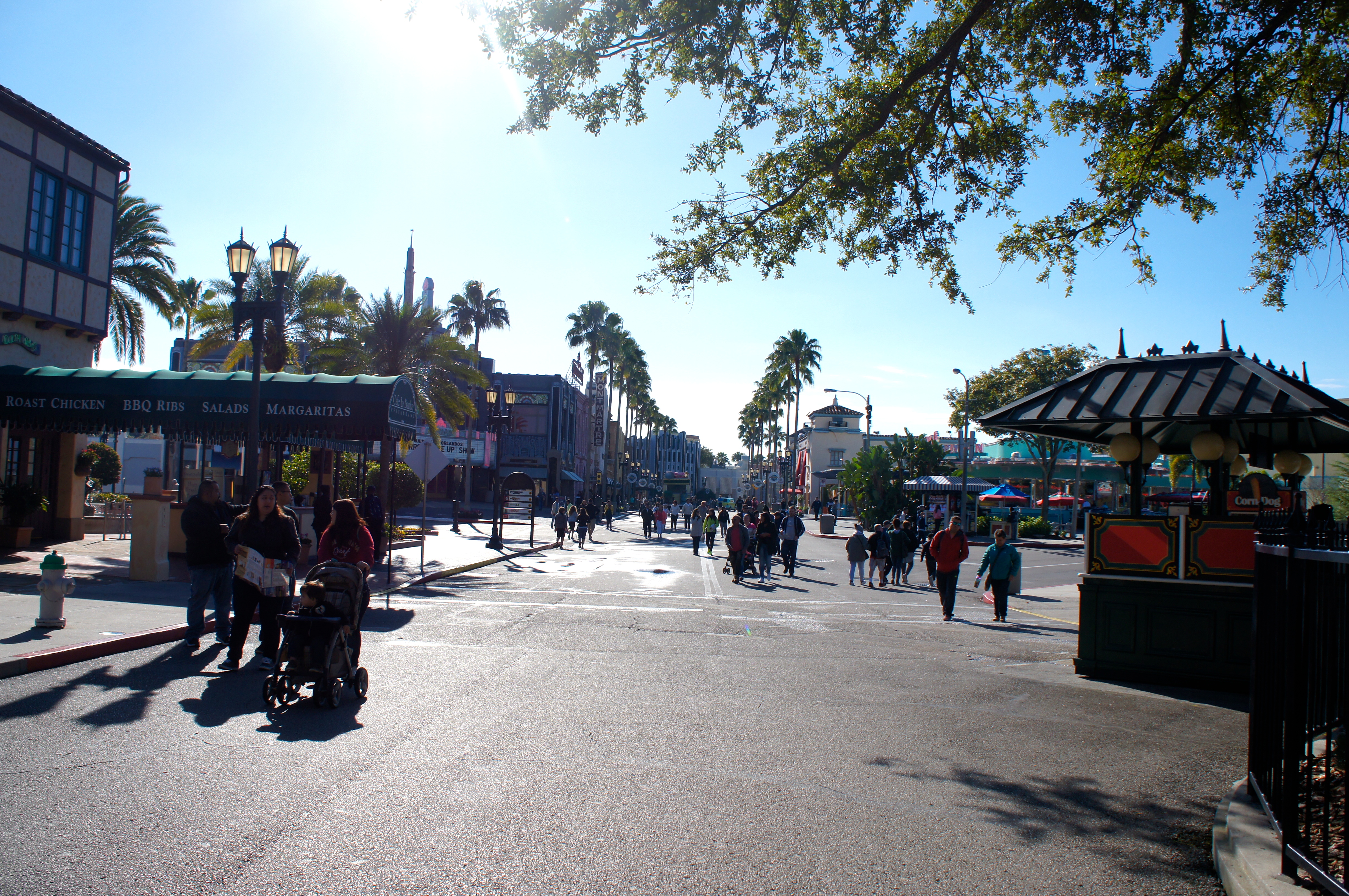