There is only one ride in Diagon Alley and it is not to be missed! 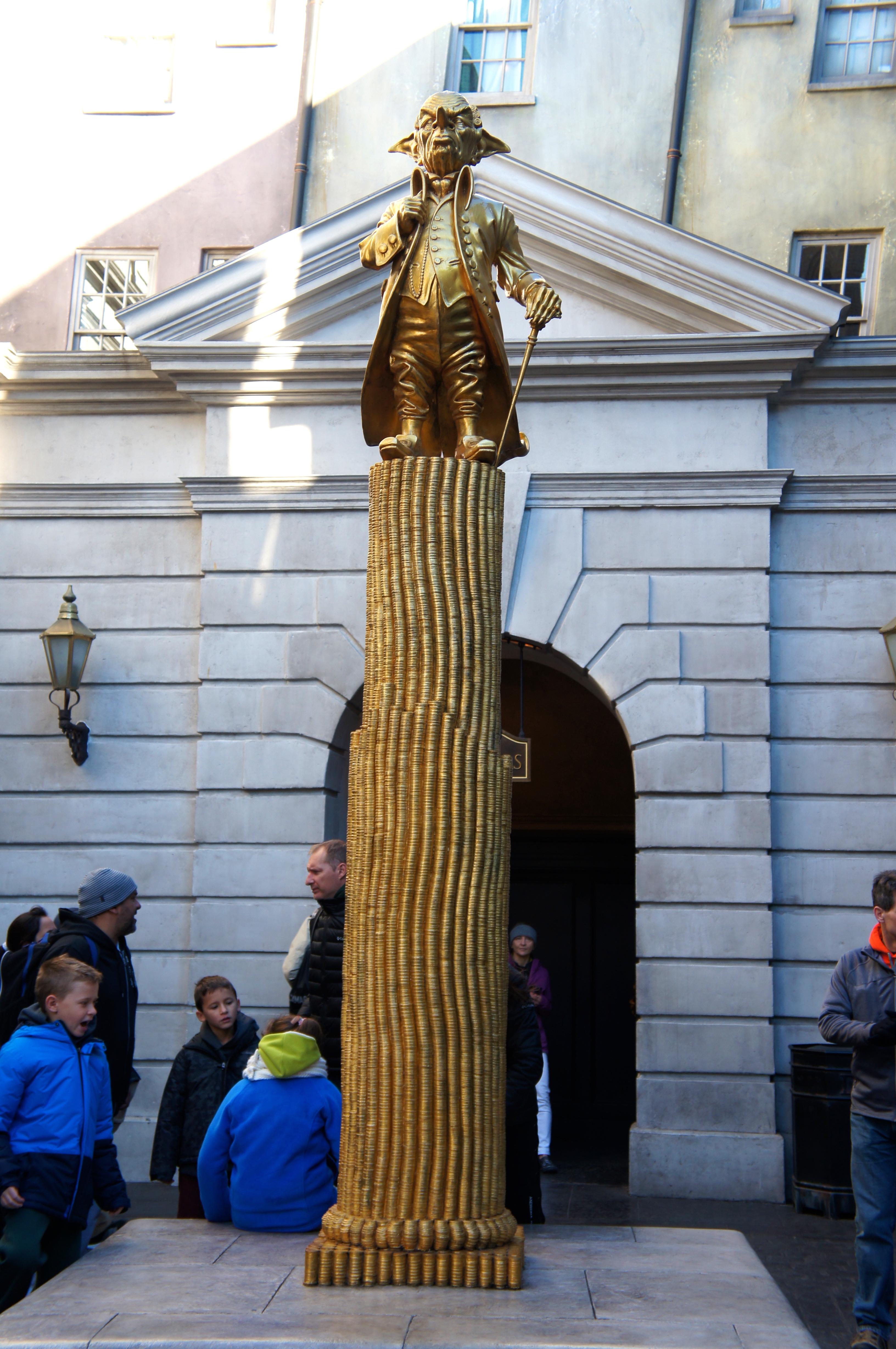 Before entering the aptly named ride, you are instructed to remove any loose items and use the lockers provided (they really are straight forward, but goodness me, some people were lost lambs!) 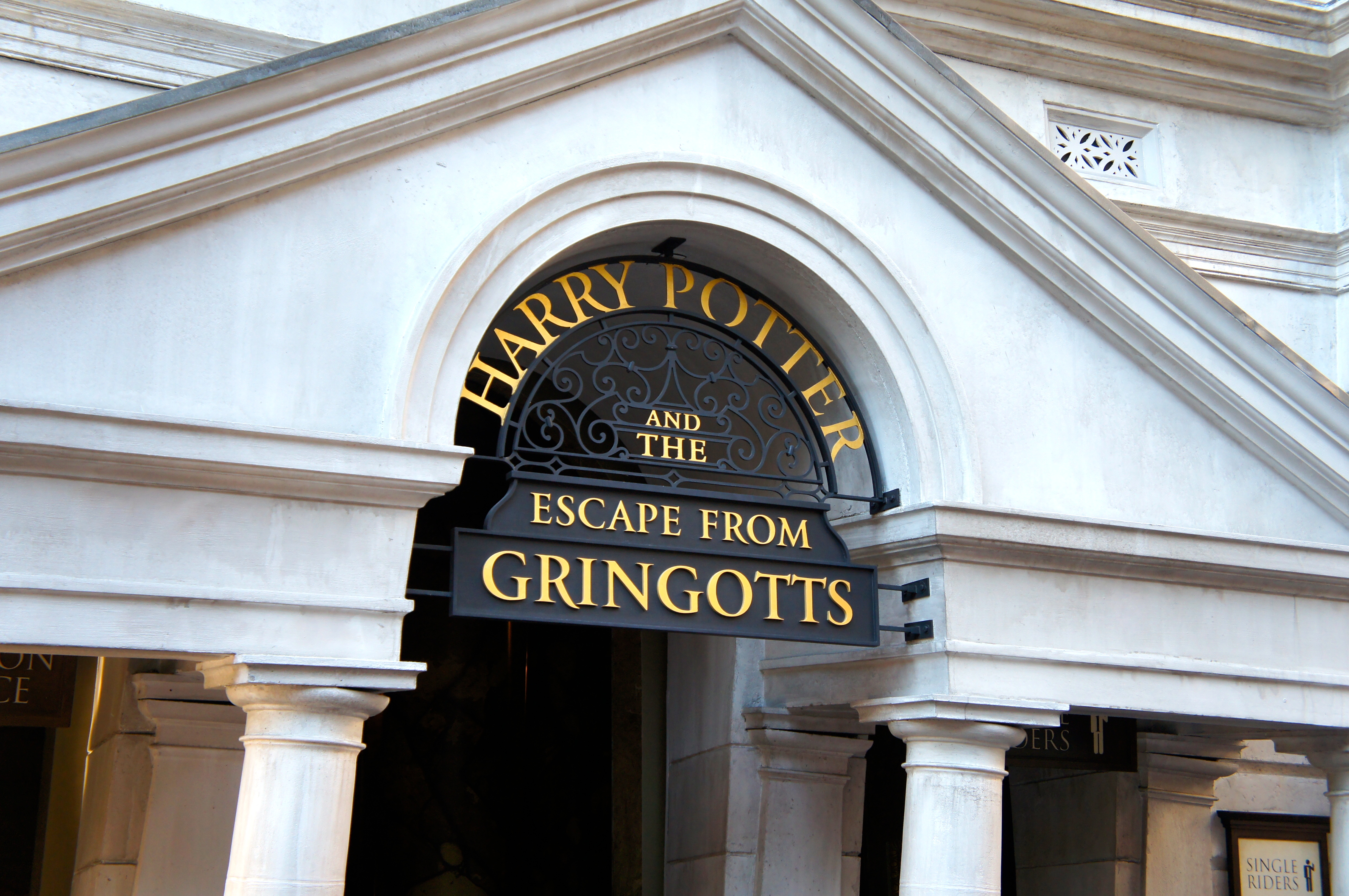 You could keep your phone with you, as long as it was in a zipped pocket before you got into your seat, so these next few snaps are taken with Himselfs phone from inside Gringotts.

It’s amazing, you really feel like you’re there, which I know is the whole point, but still, it does catch you off guard every so often, especially when you manage to walk in, totally on your own! 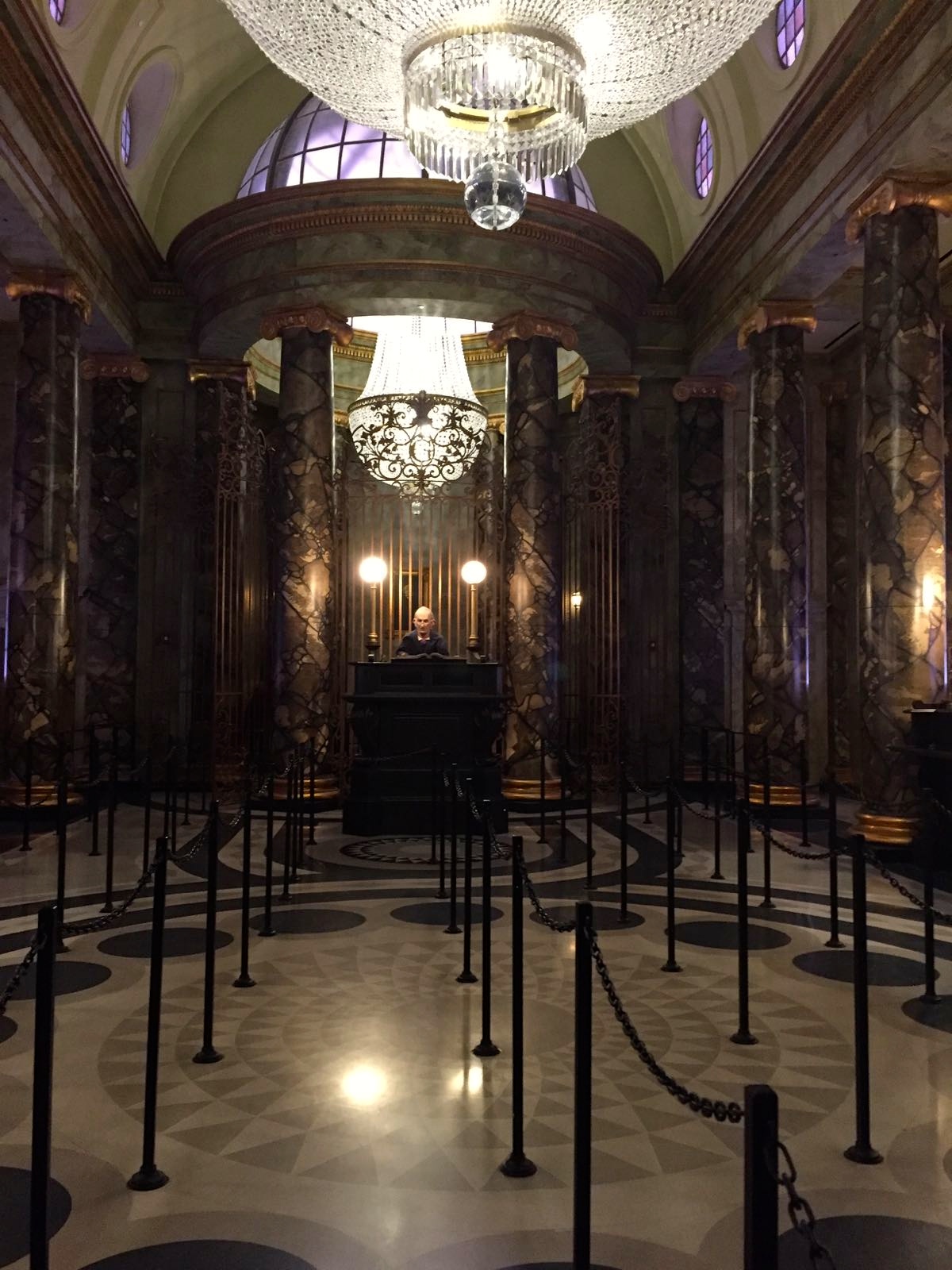 All the goblins are moving, counting and differentiating between galleons and Leprechaun gold, stopping every so often to throw you a fair amount of shade with their steely eyes 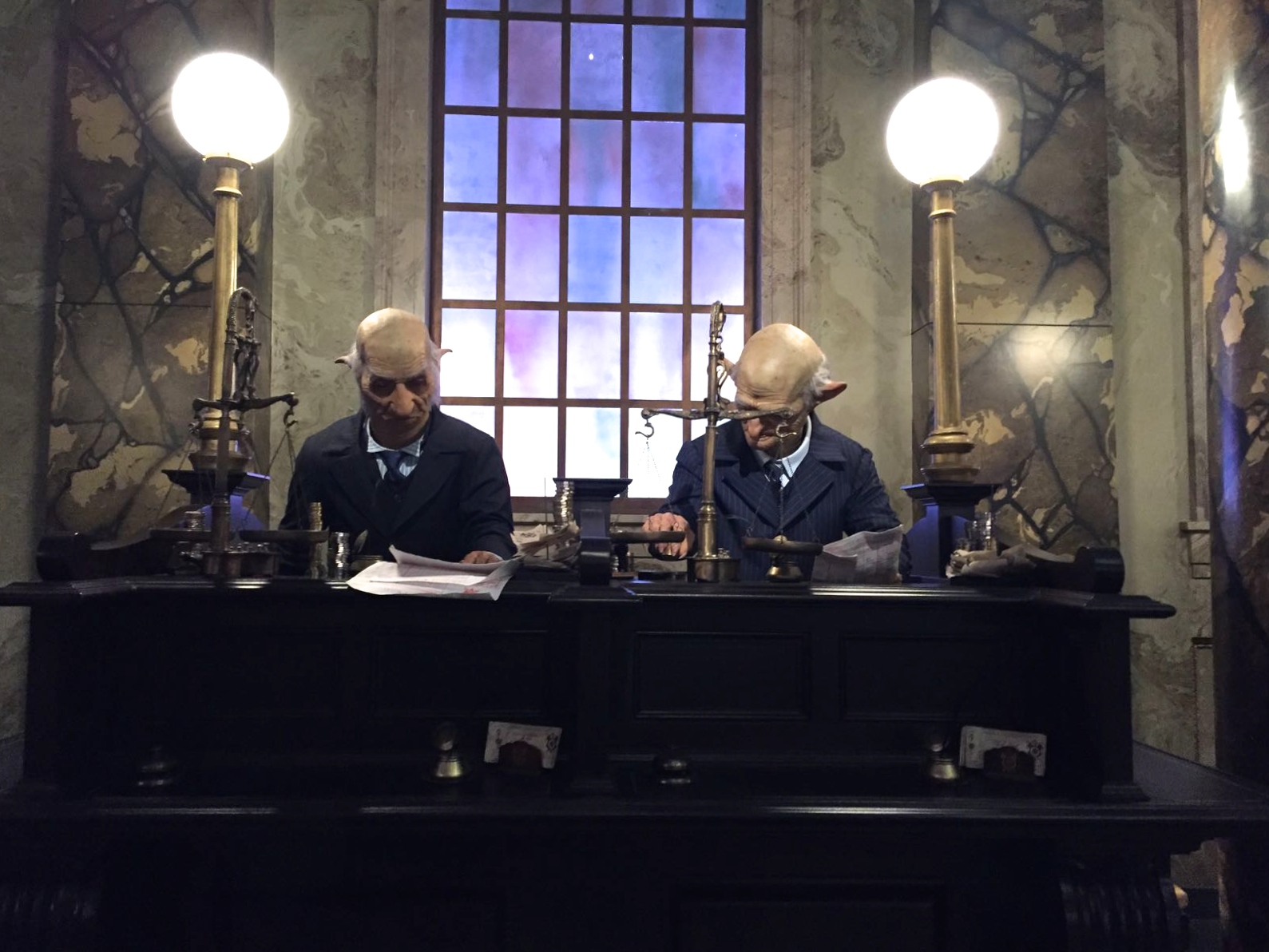 Monsieur top goblin pretended that he was less than impressed when I posed with him, but I know he secretly loved it! 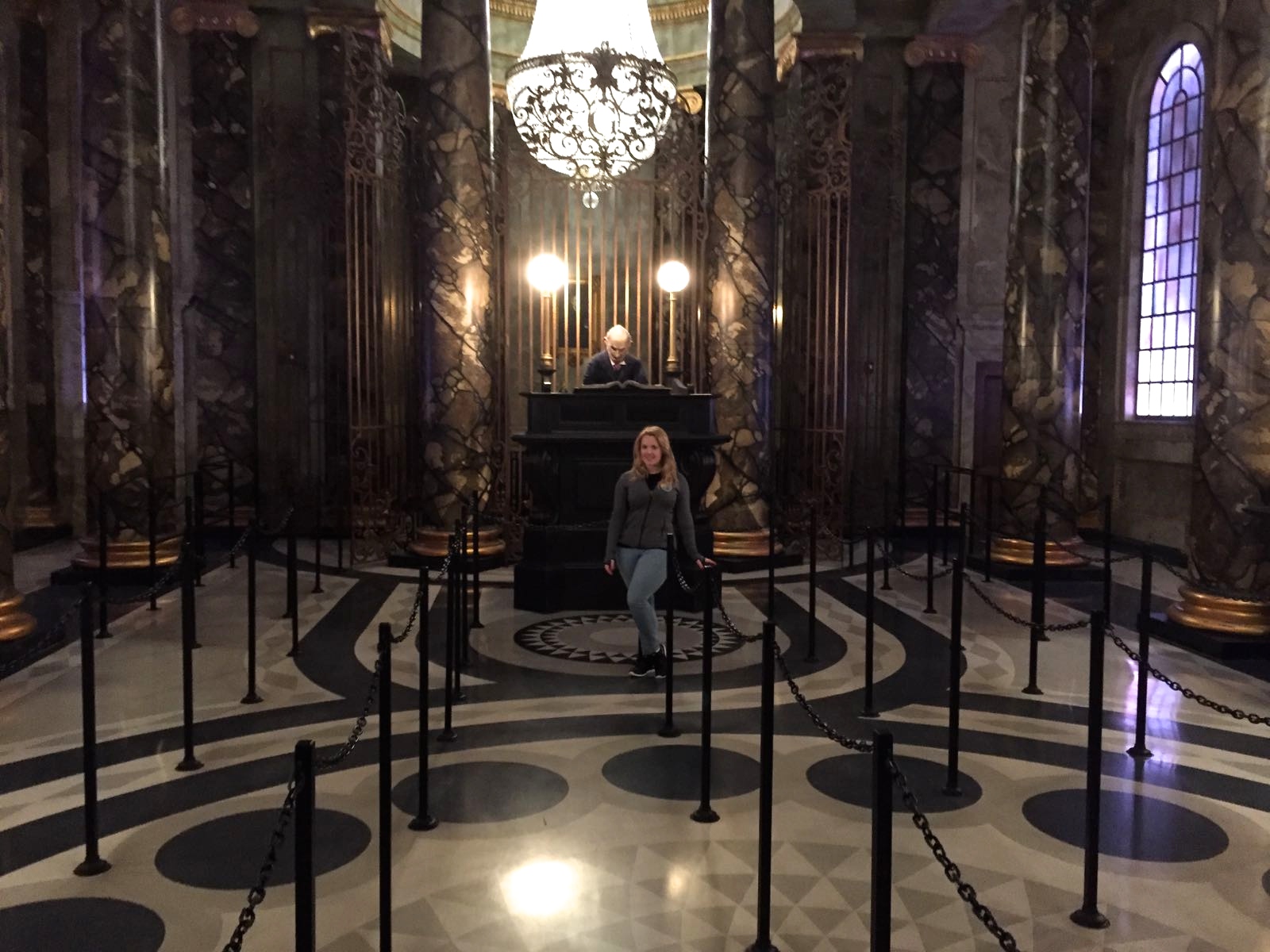 Once you leave the entrance hall, you are led down a winding corridor where you catch snippets of conversations between various goblins, Bill and if you’re lucky, four very conspicuous individuals who are definitely up to something…! 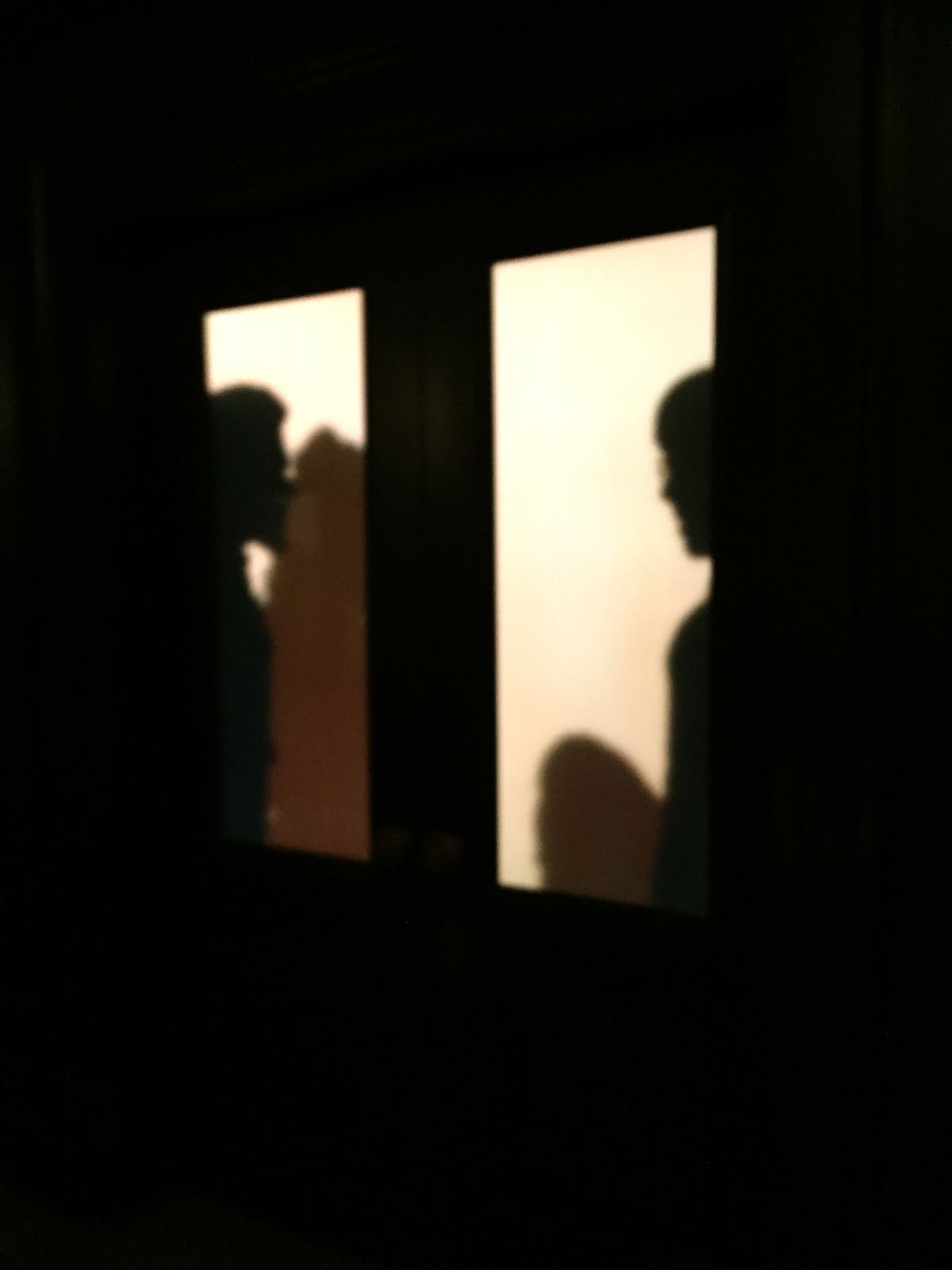 The ride is fantastic, we went on it a fair few times and thoroughly enjoyed seeing our old favourites. It was a little disappointing that some voices didn’t return – having said that – you can’t expect those actors to remain glued to those parts forever! Domhnall Gleeson is there though and is completely super in it!

Afterwards, we popped into a Gringotts bank teller to swap some Muggle money for an official bank note. 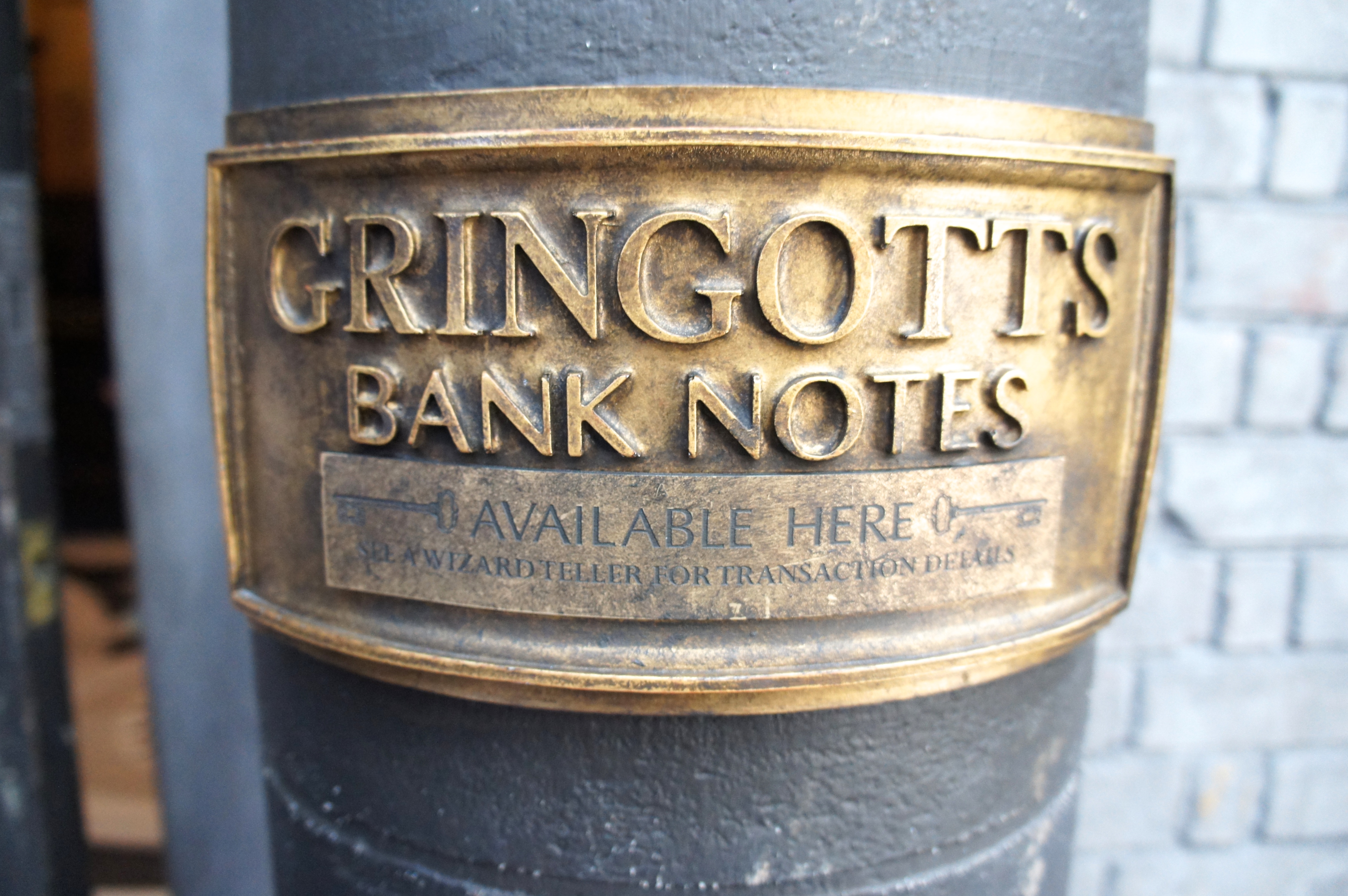 This Goblin was all about keeping the queue running smoothly, calling out “move up!” and “NEXT!” among other things 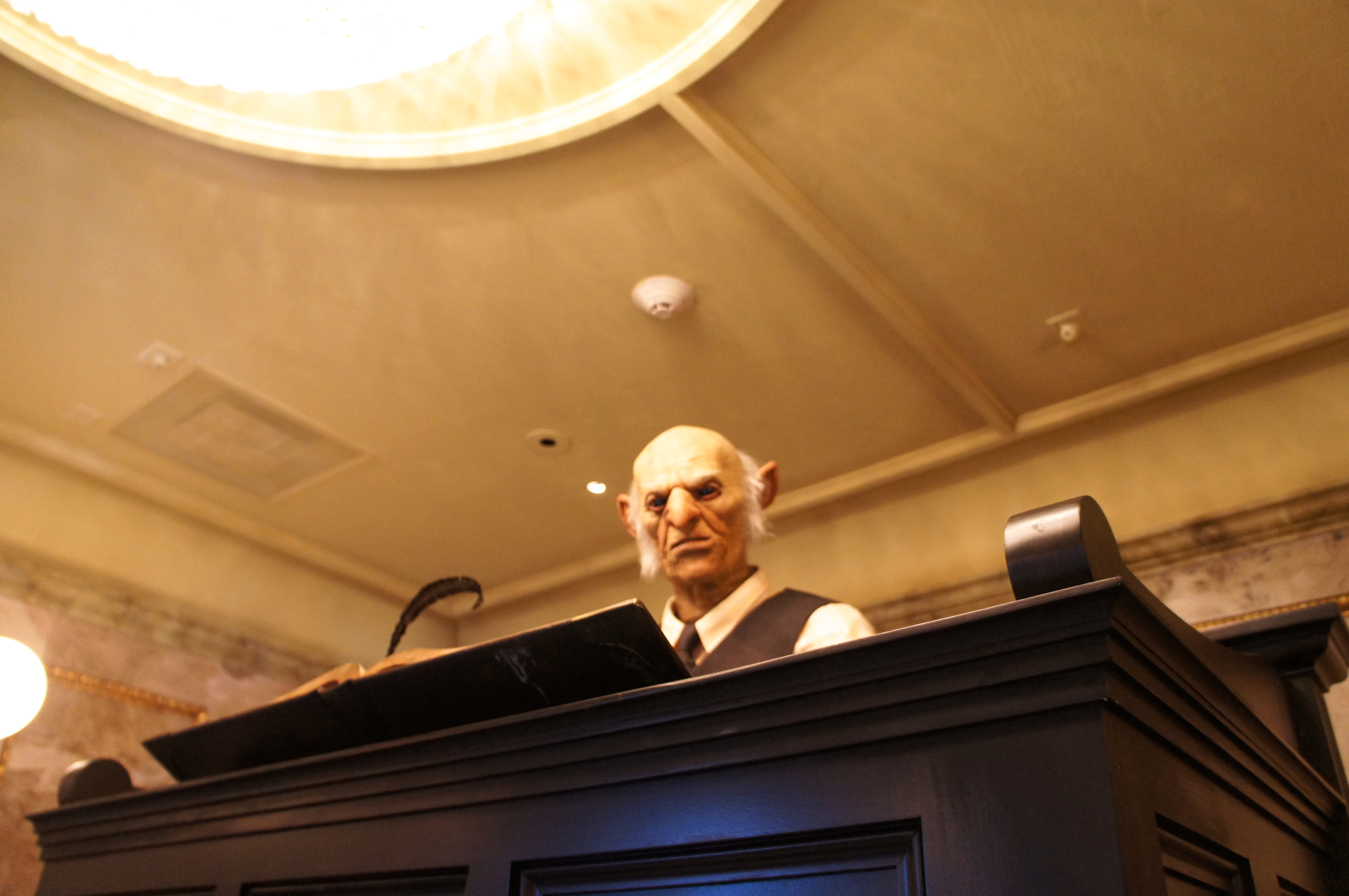 You can use the bank notes in various locations throughout Universal, but not everywhere, so make sure you ask before banking on them being accepted (couldn’t resist!)

Later, we snuck down an unmarked alley, not 100% sure if we were allowed be there or not, until we reached a small sign pointing us in the direction of Knockturn Alley 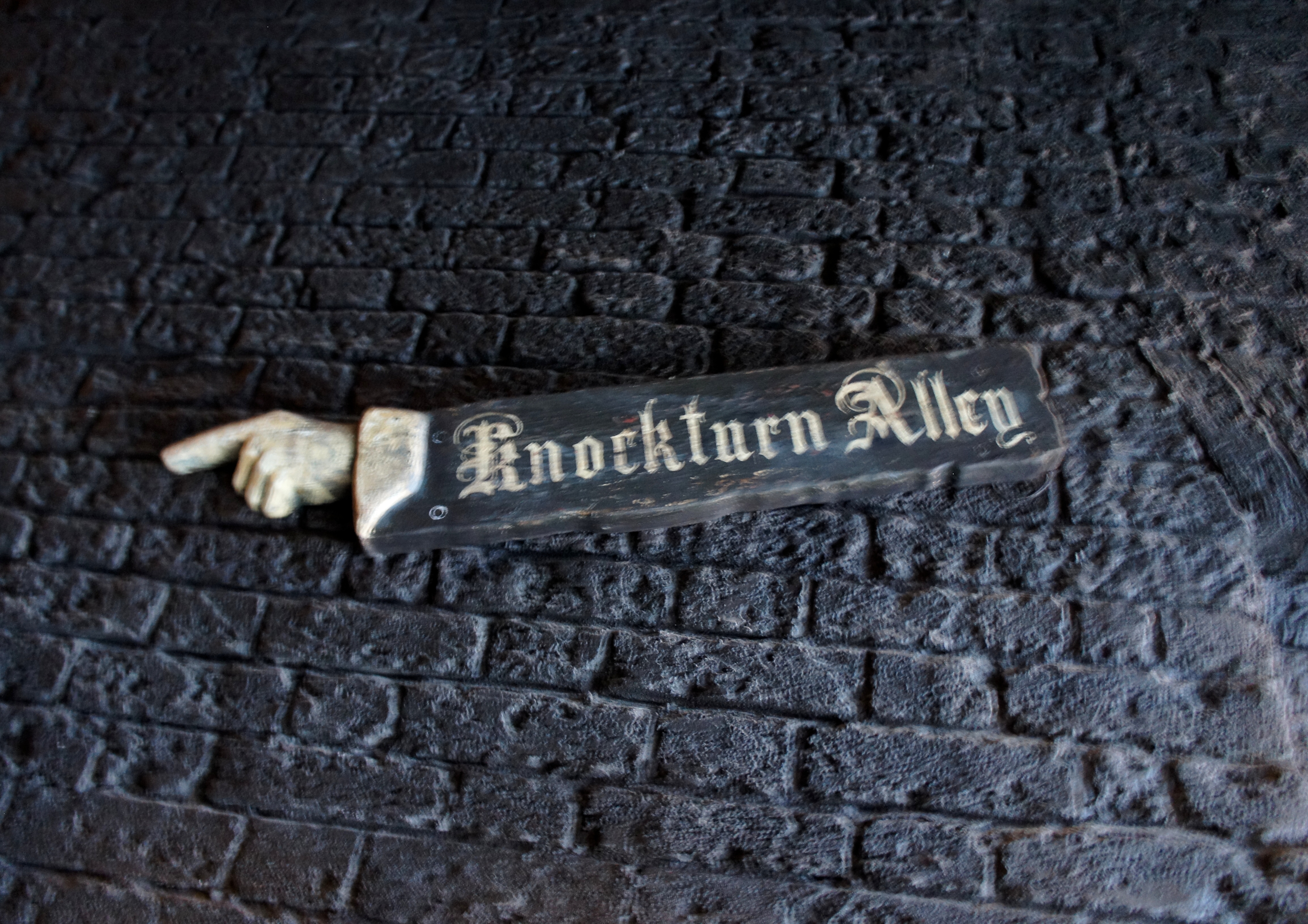 It’s as dark and bleak as the books have you conjure in your mind. Upon entry there are talking heads ready to scare you or sing to you (depending on their mood!) but with your interactive wand in hand, you can have quite a lot of fun with them! 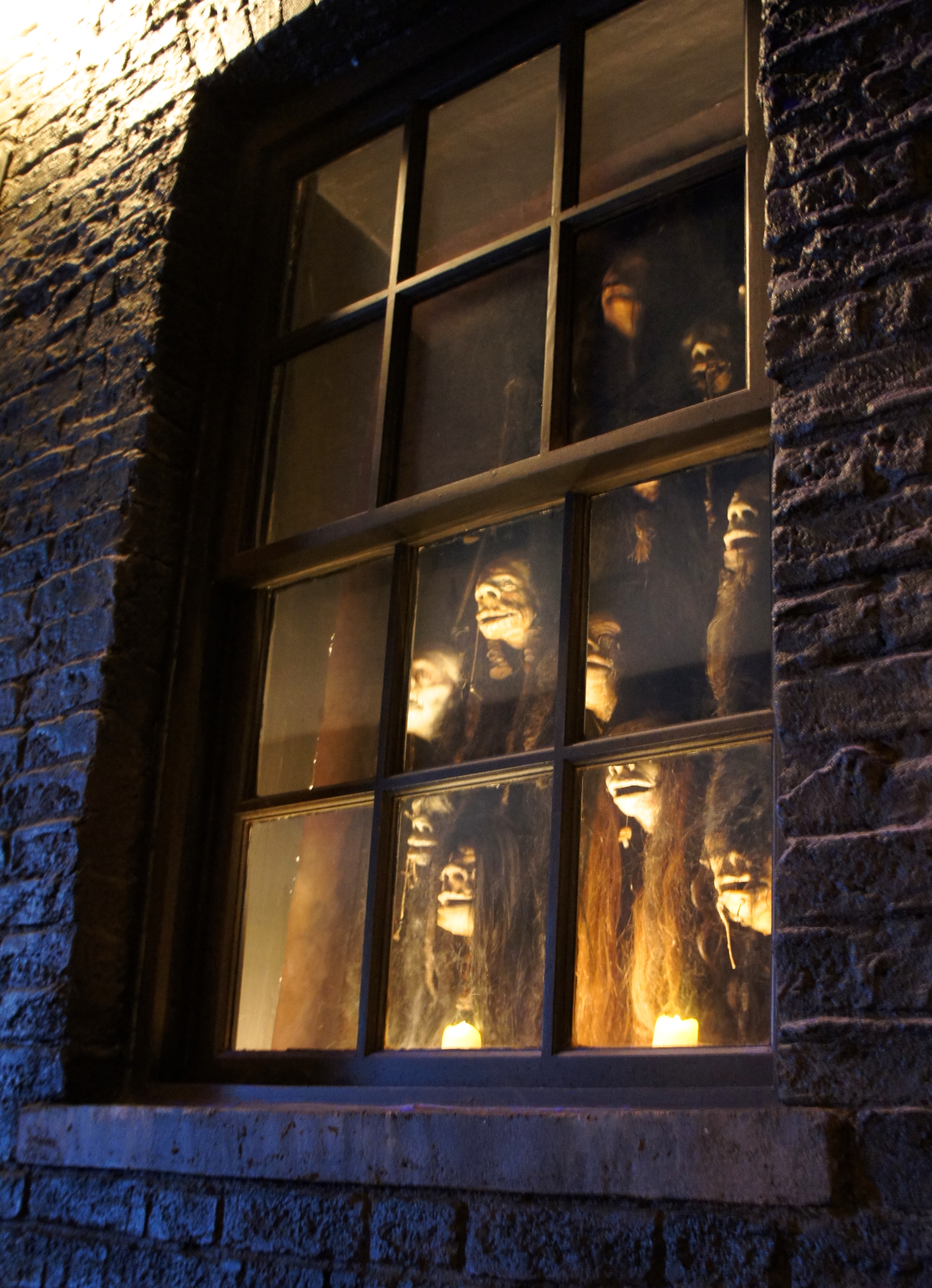 Another bit of magic was having a dance with a skeleton who was on show in one of Knockturn Alley’s creepy store fronts (again, interactive wand necessary here). He was a lovely chap who followed my dance moves to a tee, then did a beautiful spin, blew me a kiss, winked and returned to his usual shop front pose 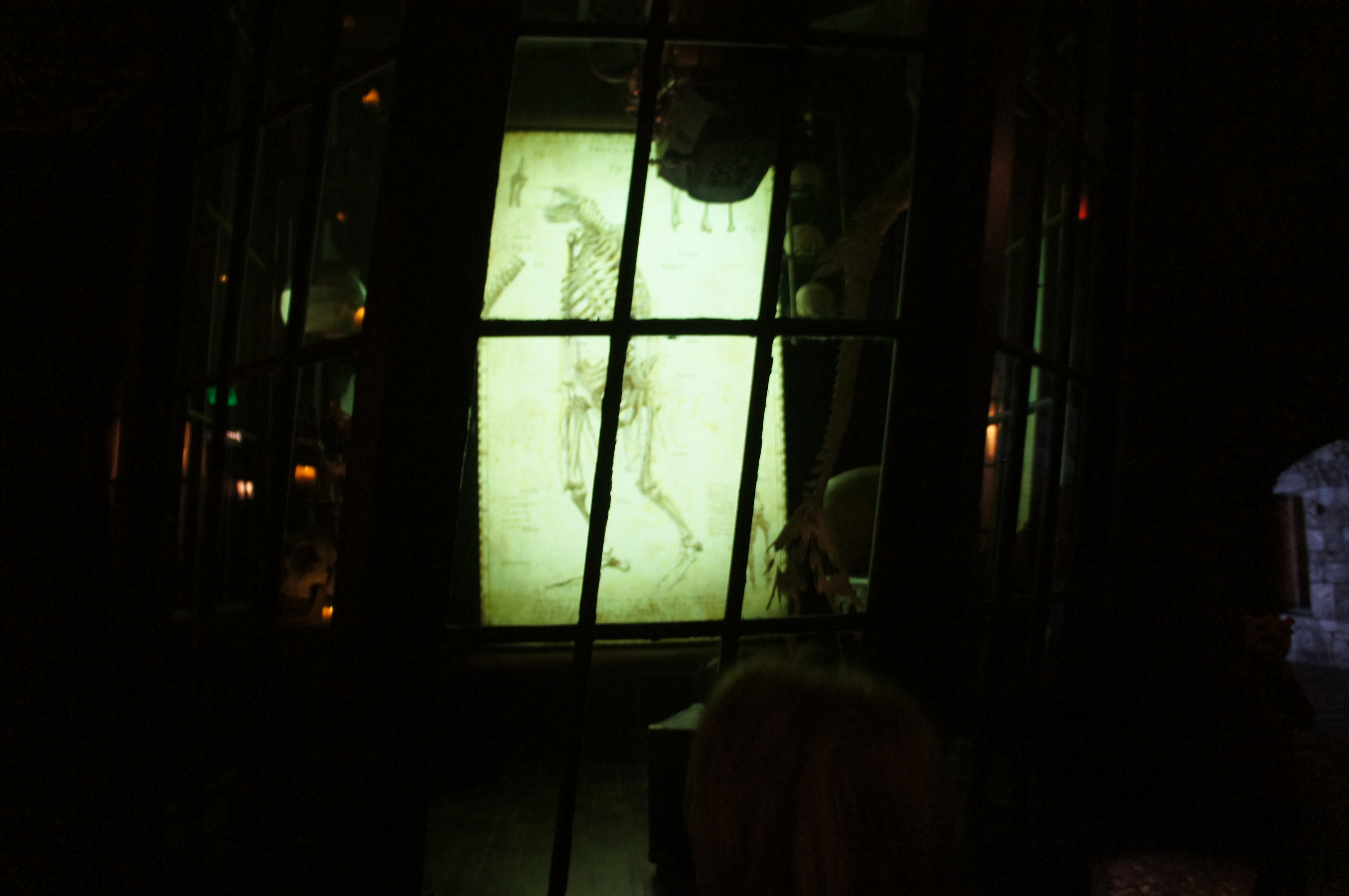 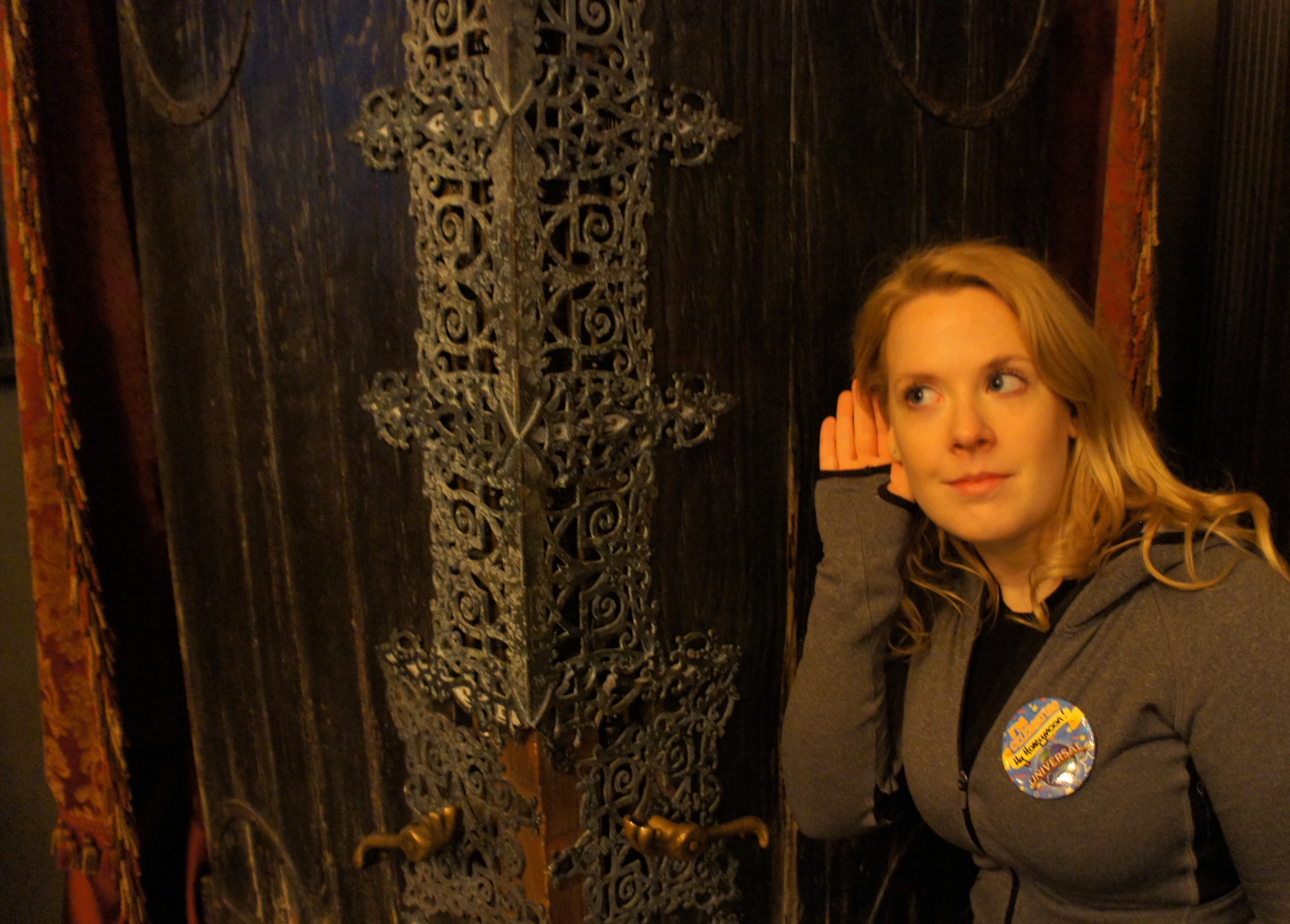 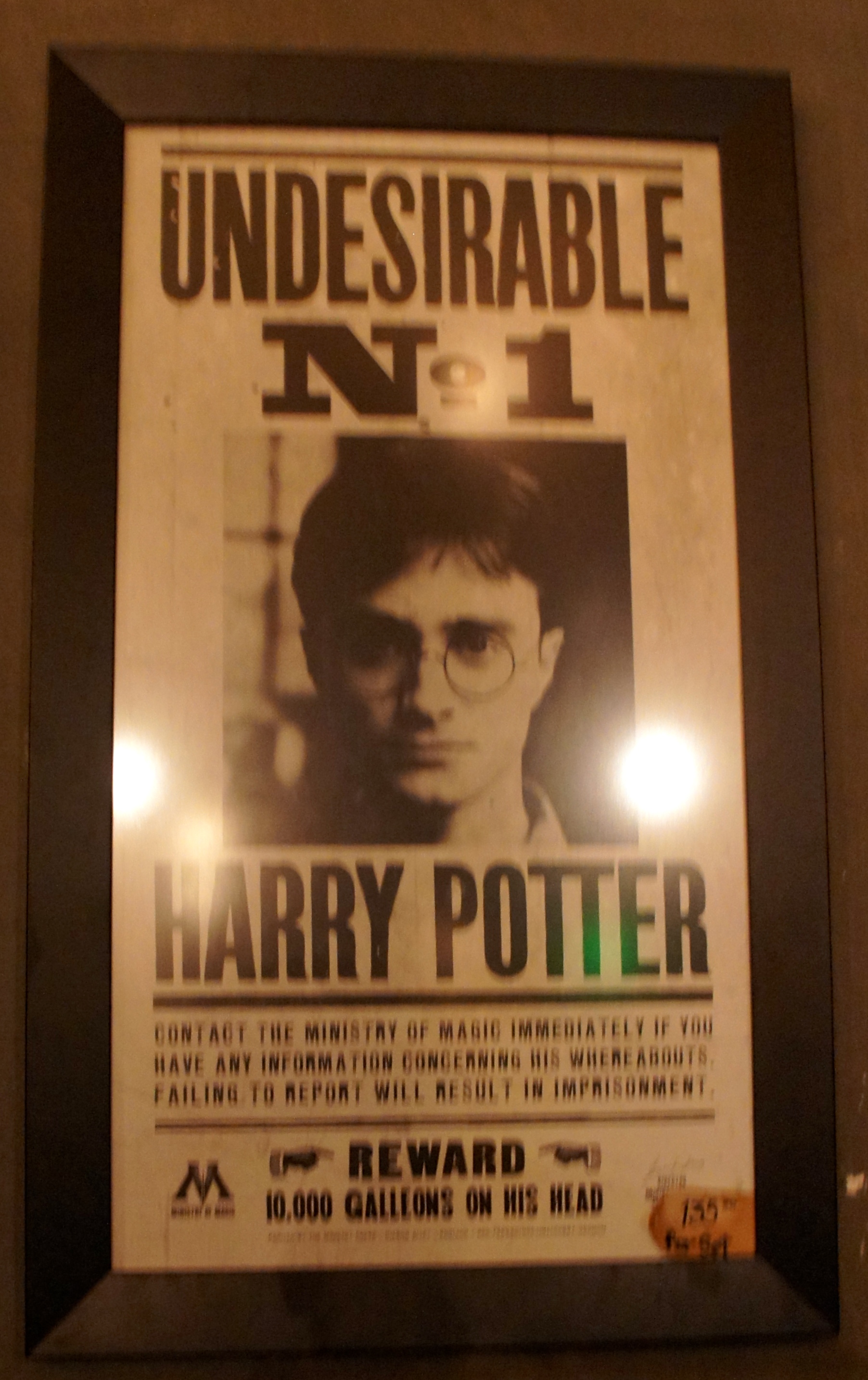 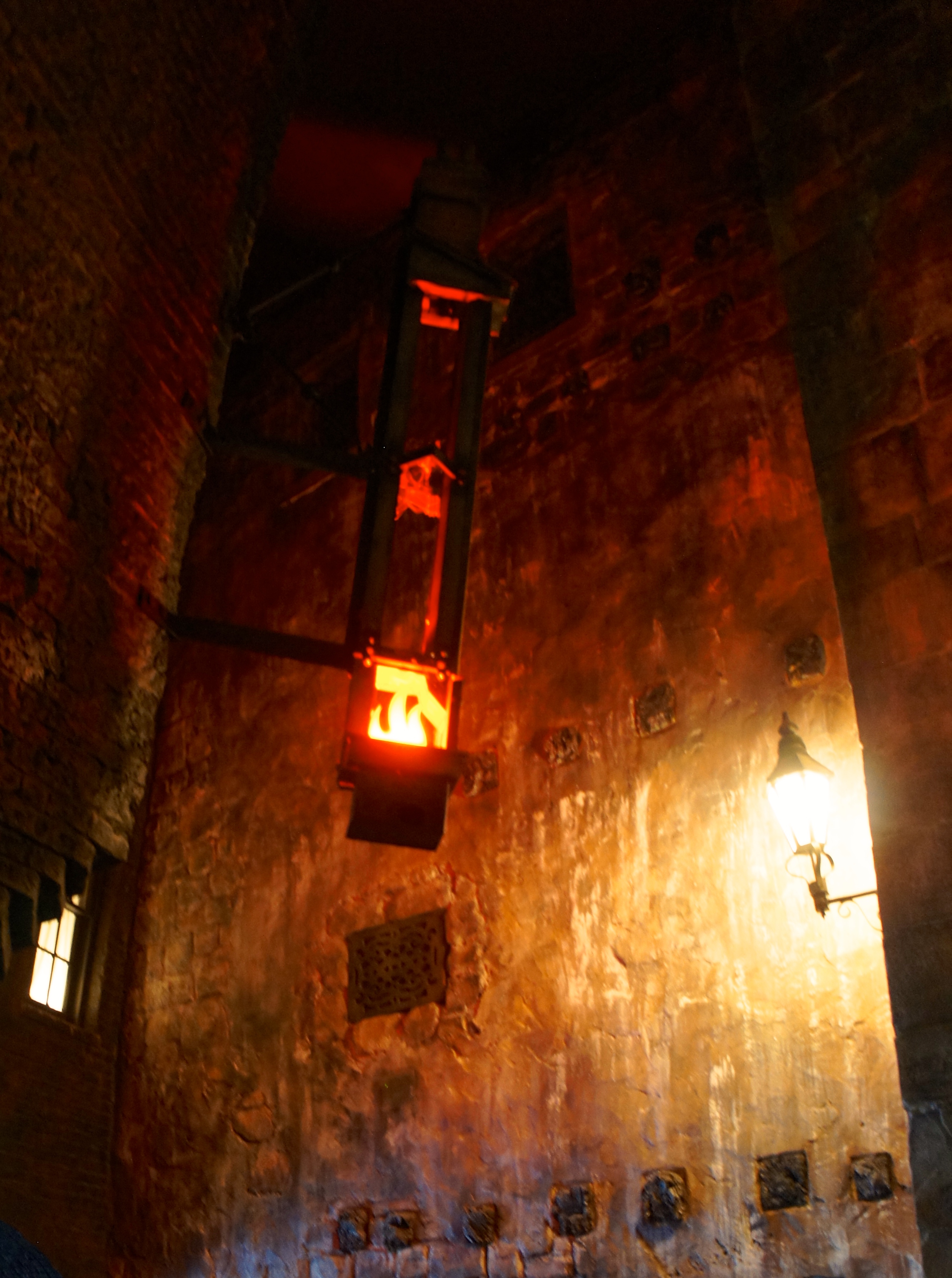 I was so busy taking photographs while we were wandering around that it took me awhile to realise I was on my own. Although I know it all came from the extraordinary mind of J.K. Rowling….I wasn’t taking any chances and high tailed it out of there! 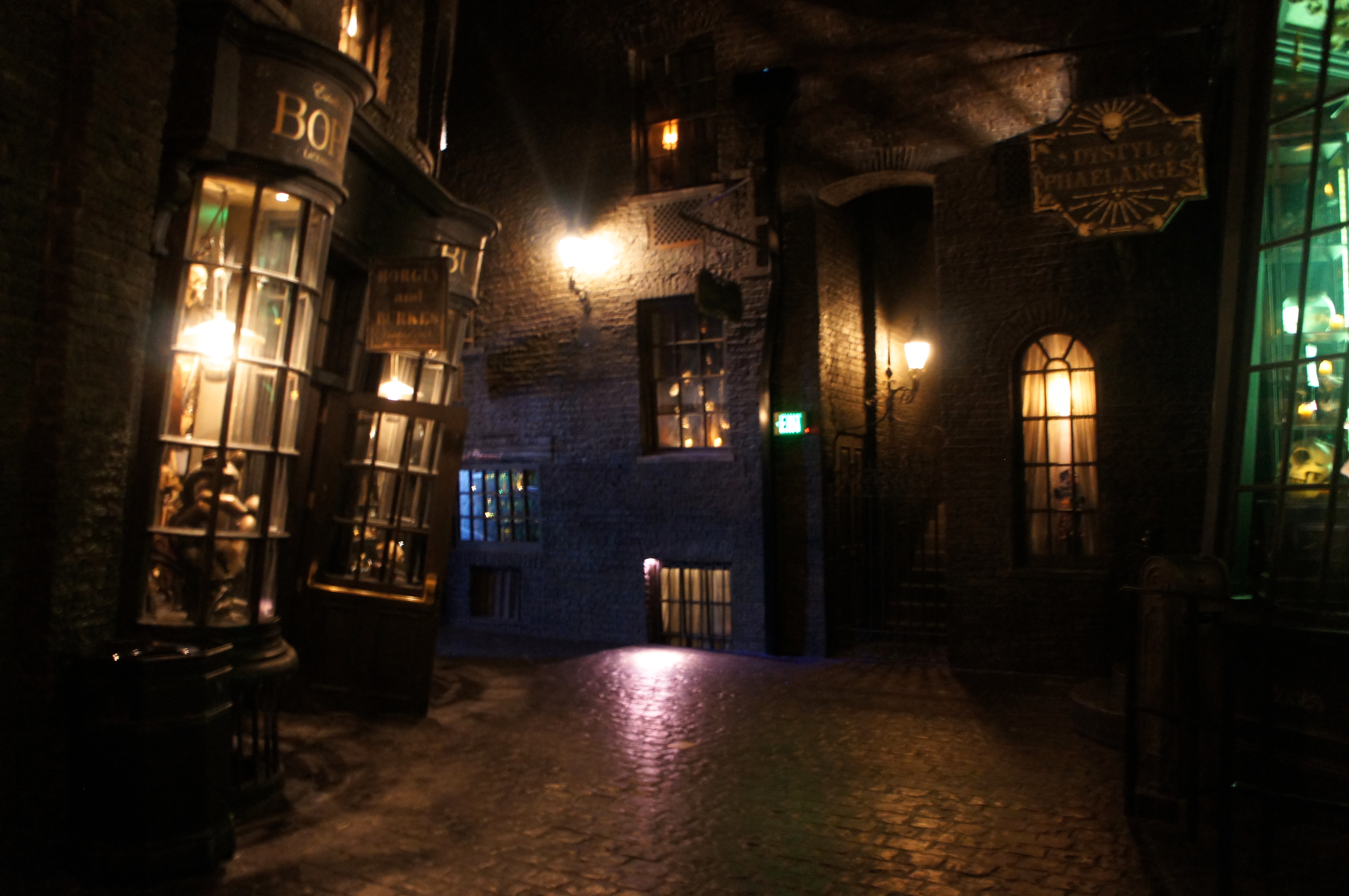 By the way, don’t worry about missing out on Knockturn Alley if you don’t see the alley we used because on the other side, there’s a nice big sign hanging out front to alert you to what lies beyond! 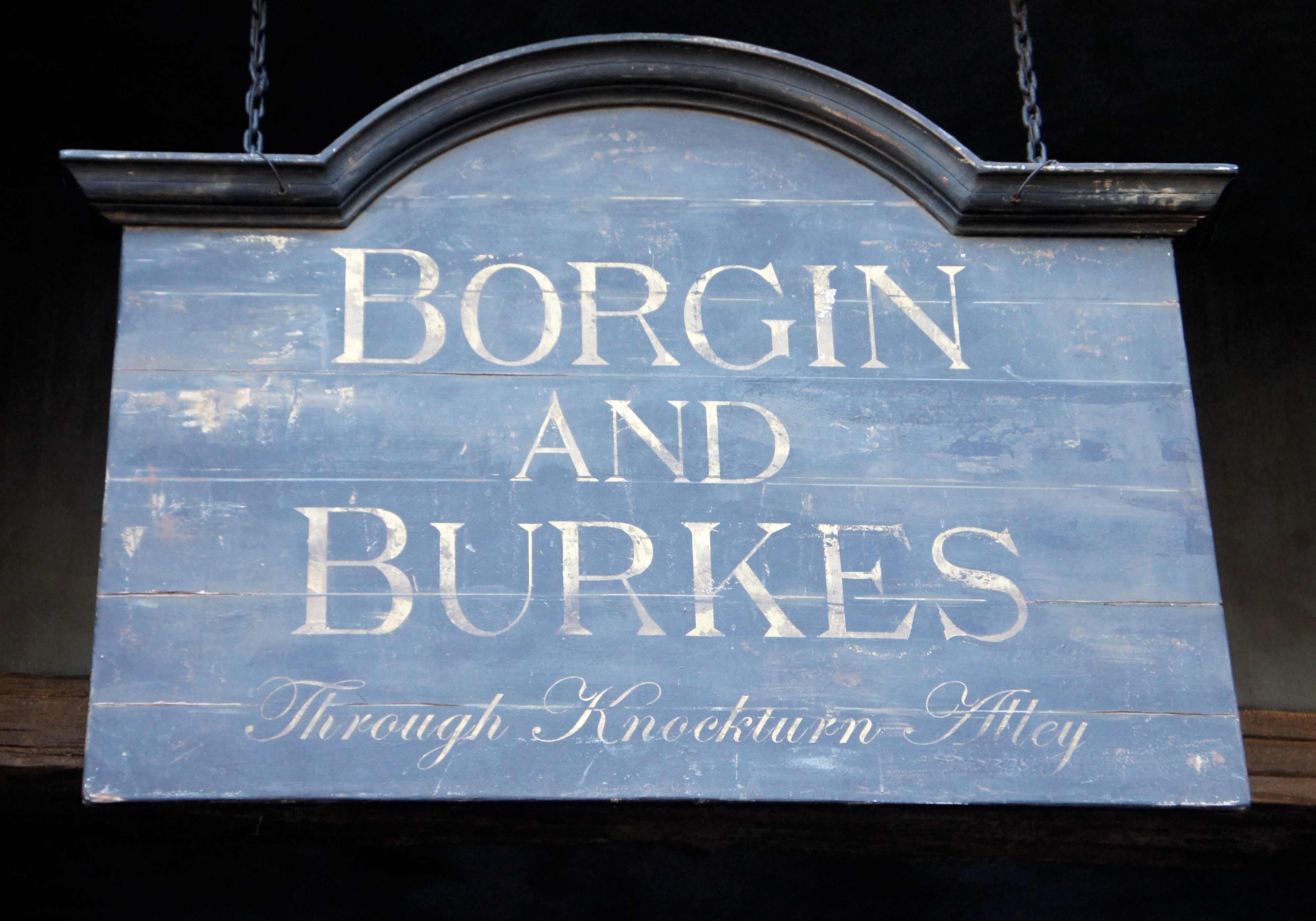 After all that darkness, it was time for something a bit lighter, so we took a trip into the Magical Menagerie 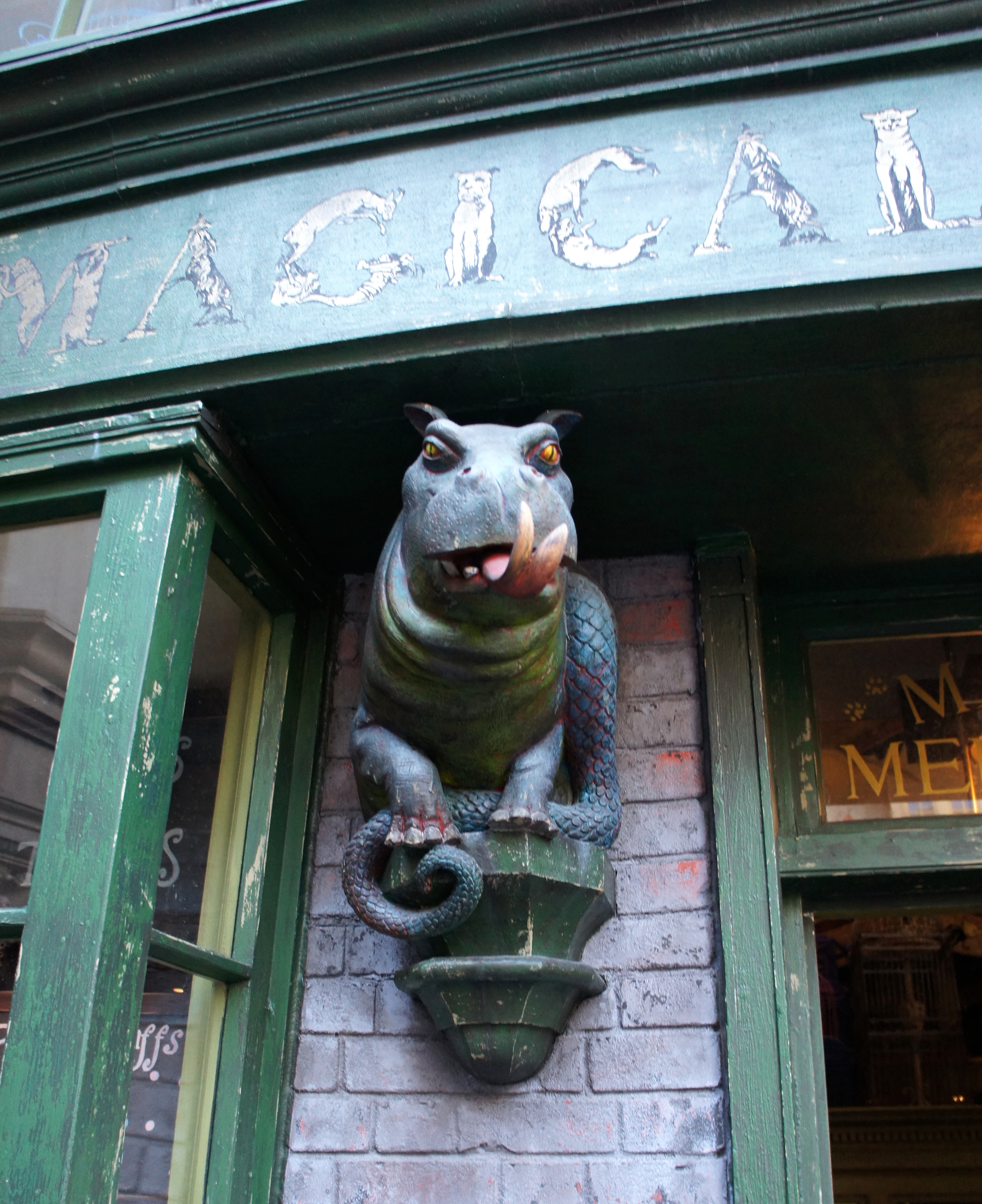 In the window, frogs ribbet merrily and have a good look at you as you pass by, craning their necks to keep you in their sights!

Crookshanks is there, perched high above everyone, swishing his tail and blinking sleepily 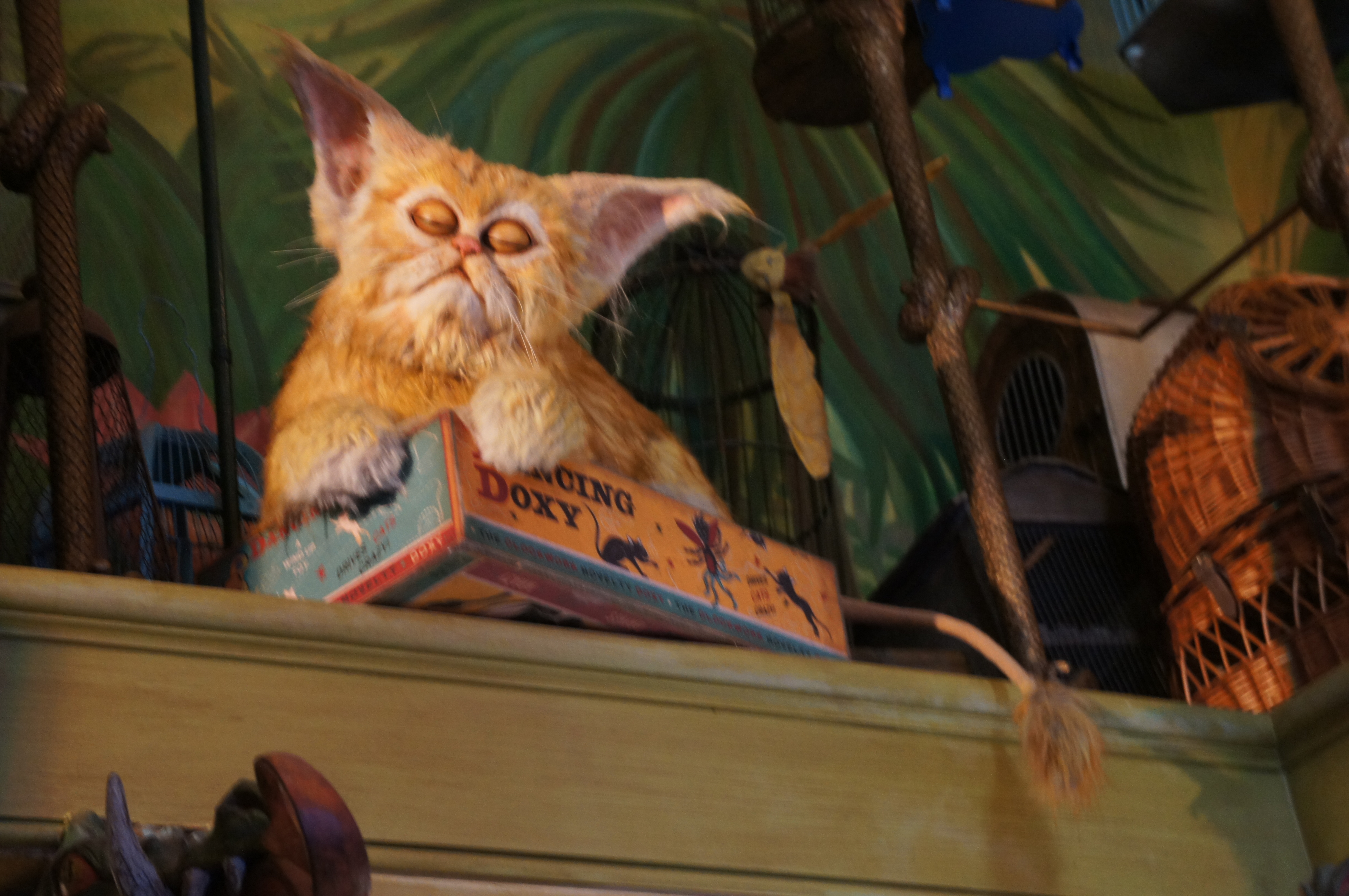 And there’s even a Crumple-Horned Snorkack (looking a little worse for wear I’m afraid!)

There are loads of HP favourites dotted around the store mingled in with items for purchase, it’s a fun walk around

And on the way out, this fantastically multicoloured fella gives the odd squalk, just so you don’t miss him! 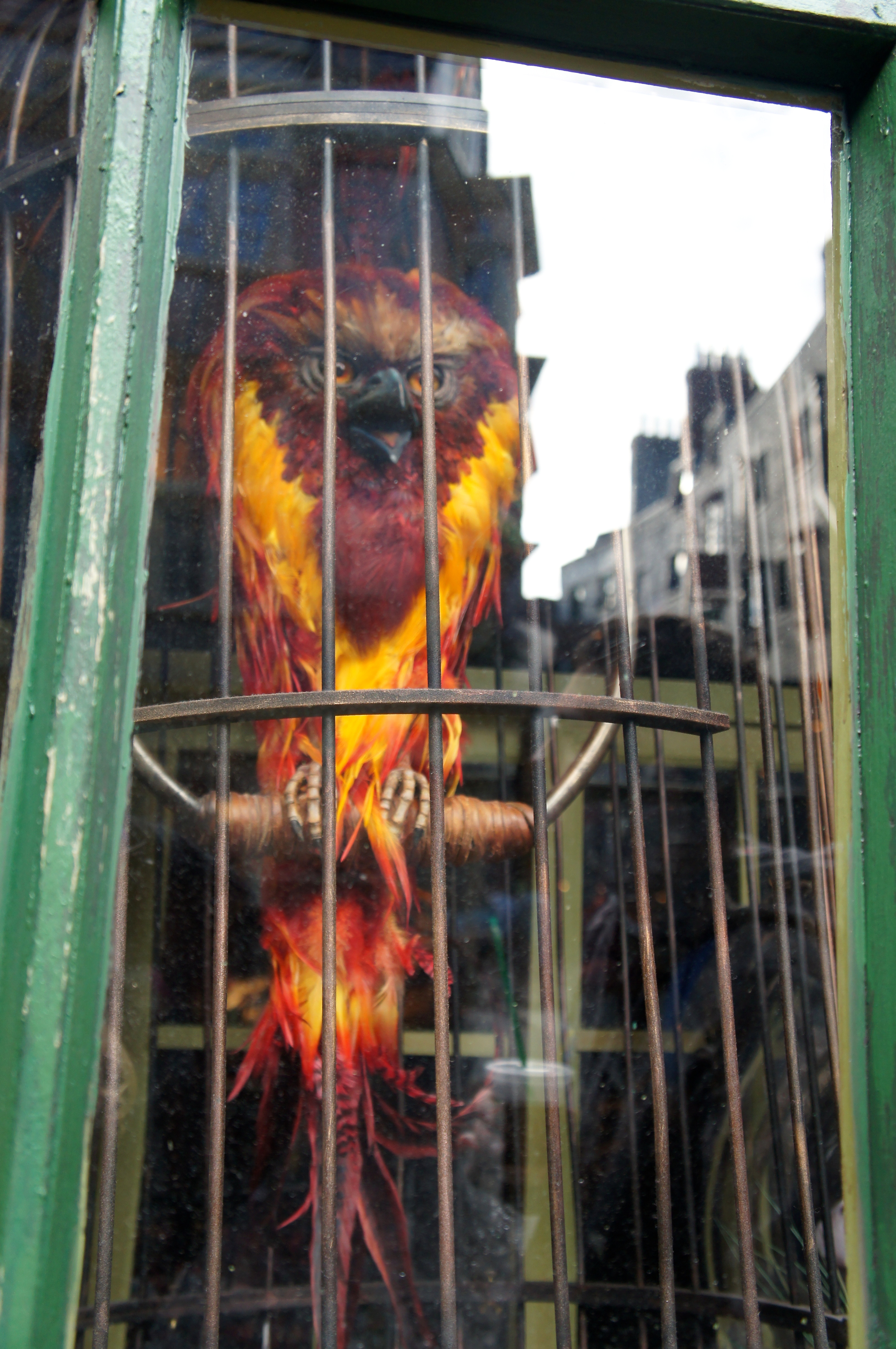 Down the left side alley of the menagerie, legend has it that this Boa Constrictor will chat to you in English or Parseltongue, so make sure you give it a go and tell him I say hi! 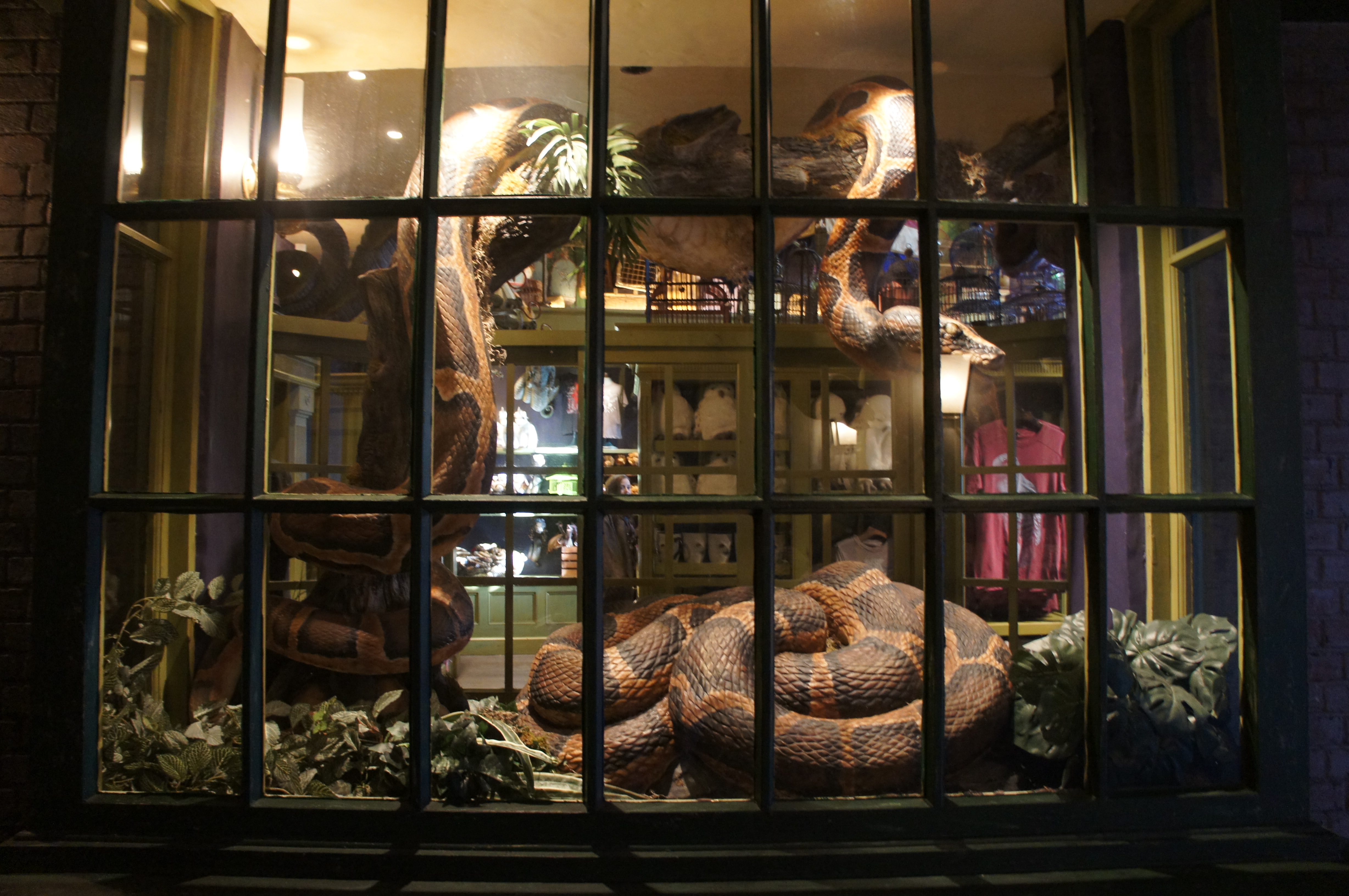 There are so many signs hanging up all over Diagon Alley, but by far, this one was my favourite

Hags, bless them, getting a bad wrap since 310BC