Are you ready? Because a whole host of Honeymoon posts are coming your way! 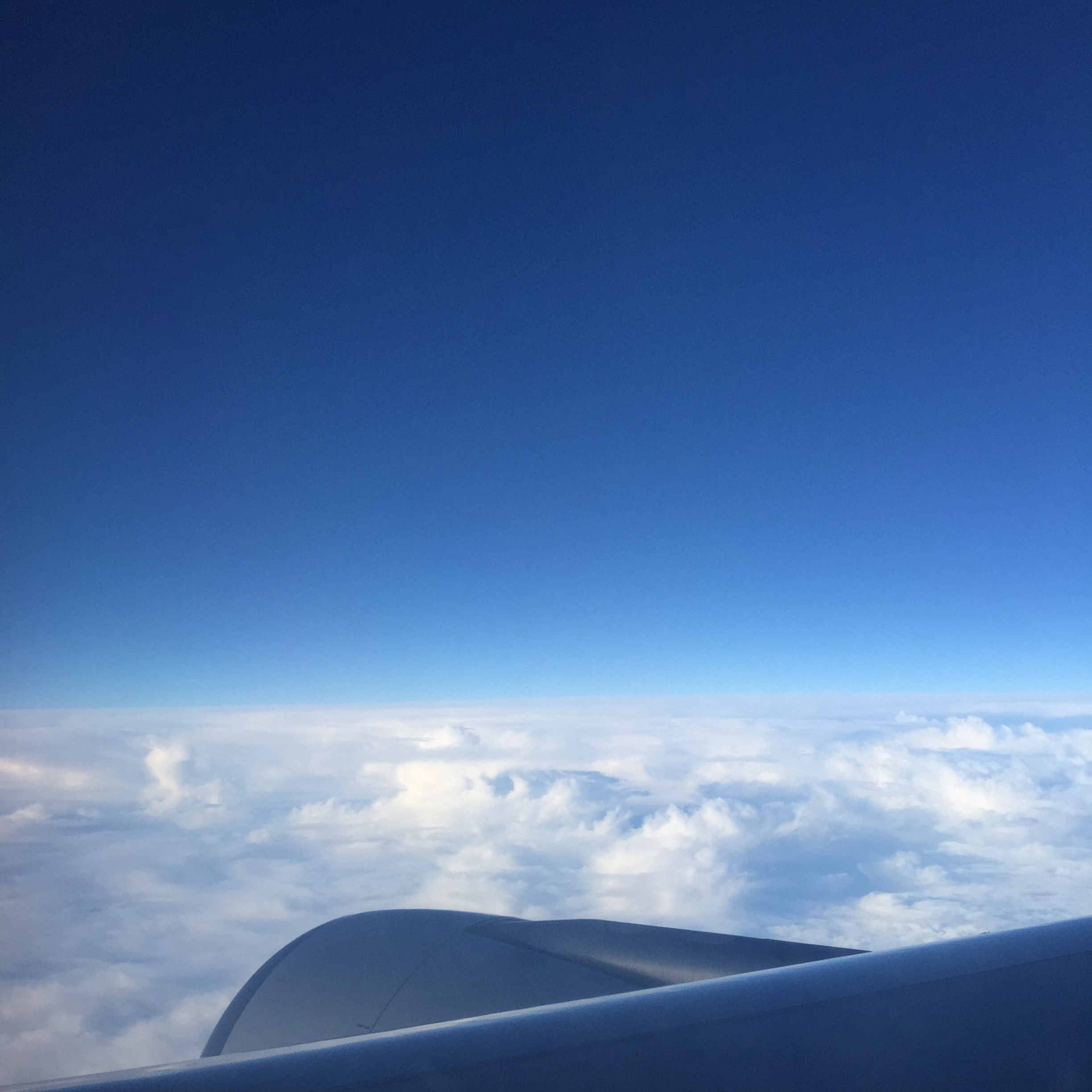 Our flight took off from Dublin airport at the very sensible hour of 1:30pm (GMT). I took this to mean that I had an entire morning to stuff extra bits and bobs into our already packed cases (cue disapproving looks from Himself!)

Due to a storm, lots of New York bound flights were cancelled meaning that our flight to Orlando was suddenly packed to the rafters, not a seat spare in the whole house! Luckily, Himself and I were on one side of the plane, so we got to sit, just us two together

Two peas in a pod so we were! 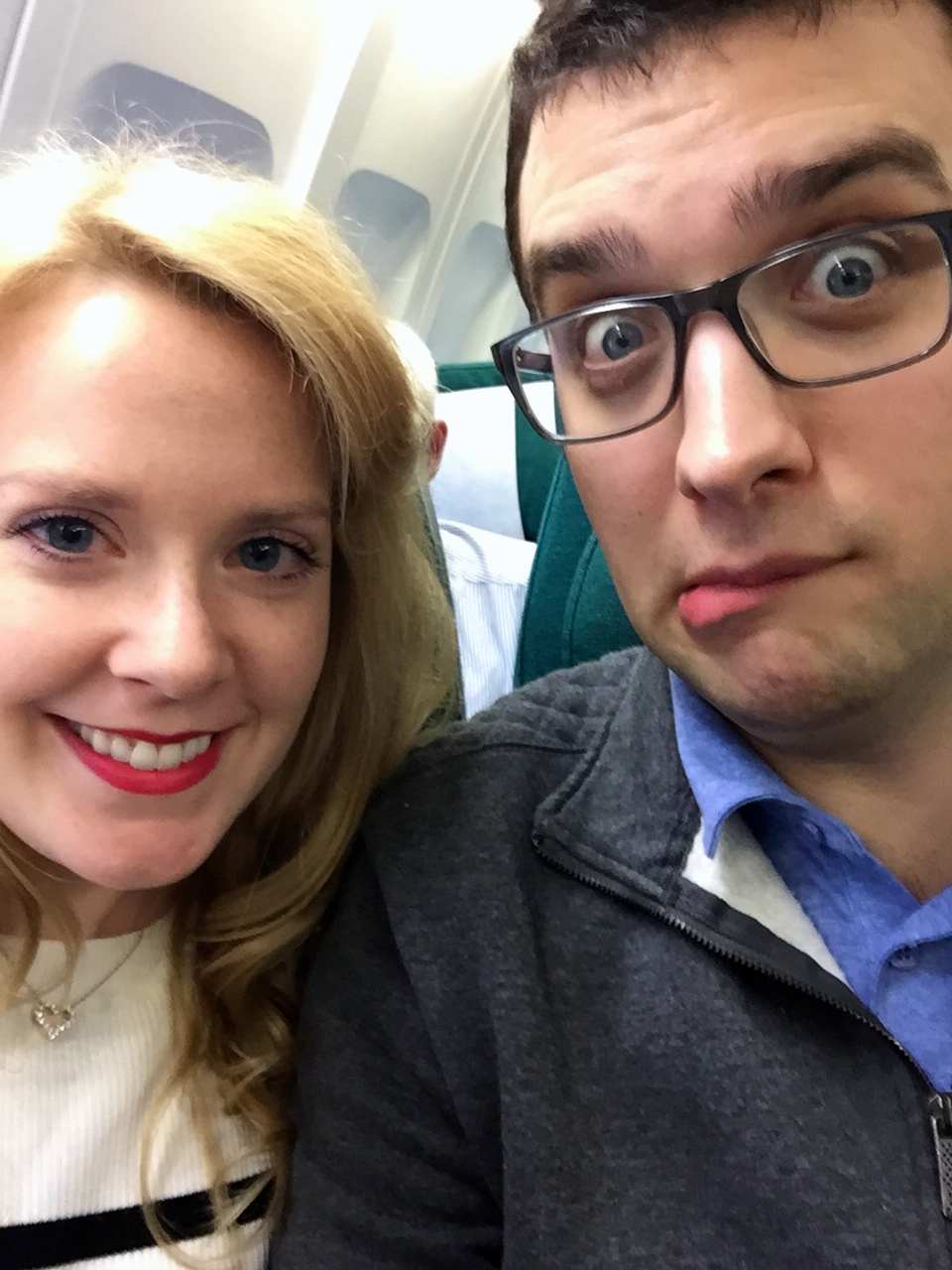 We toasted with some bubbles, prosecco pour moi, beer for Himself and we settled down to watch Tom Hanks do his thing in “Bridge of Spies” or as I like to call it “Standing Man” (anyone who has seen the trailer will understand why I think it should have that title!) 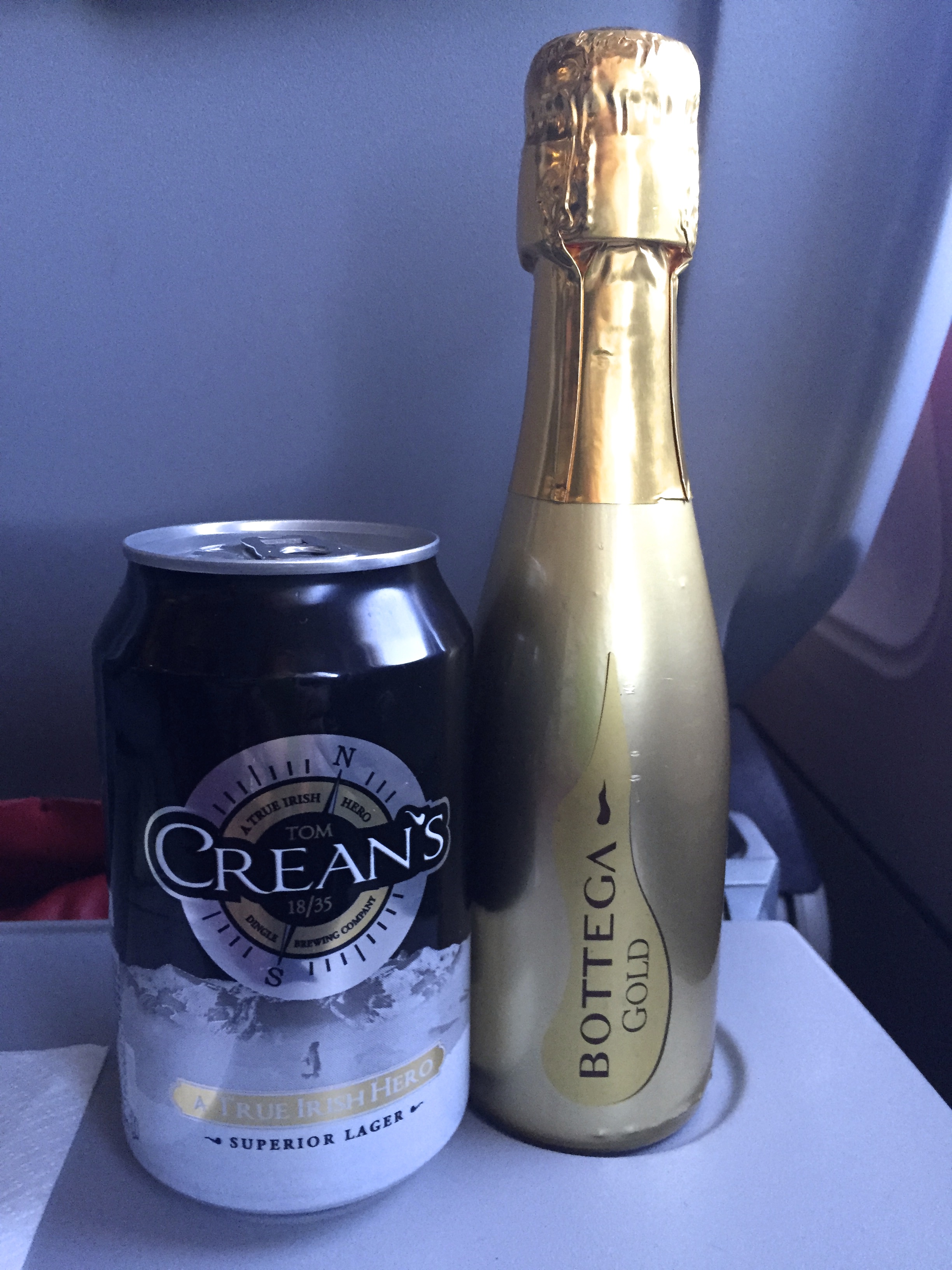 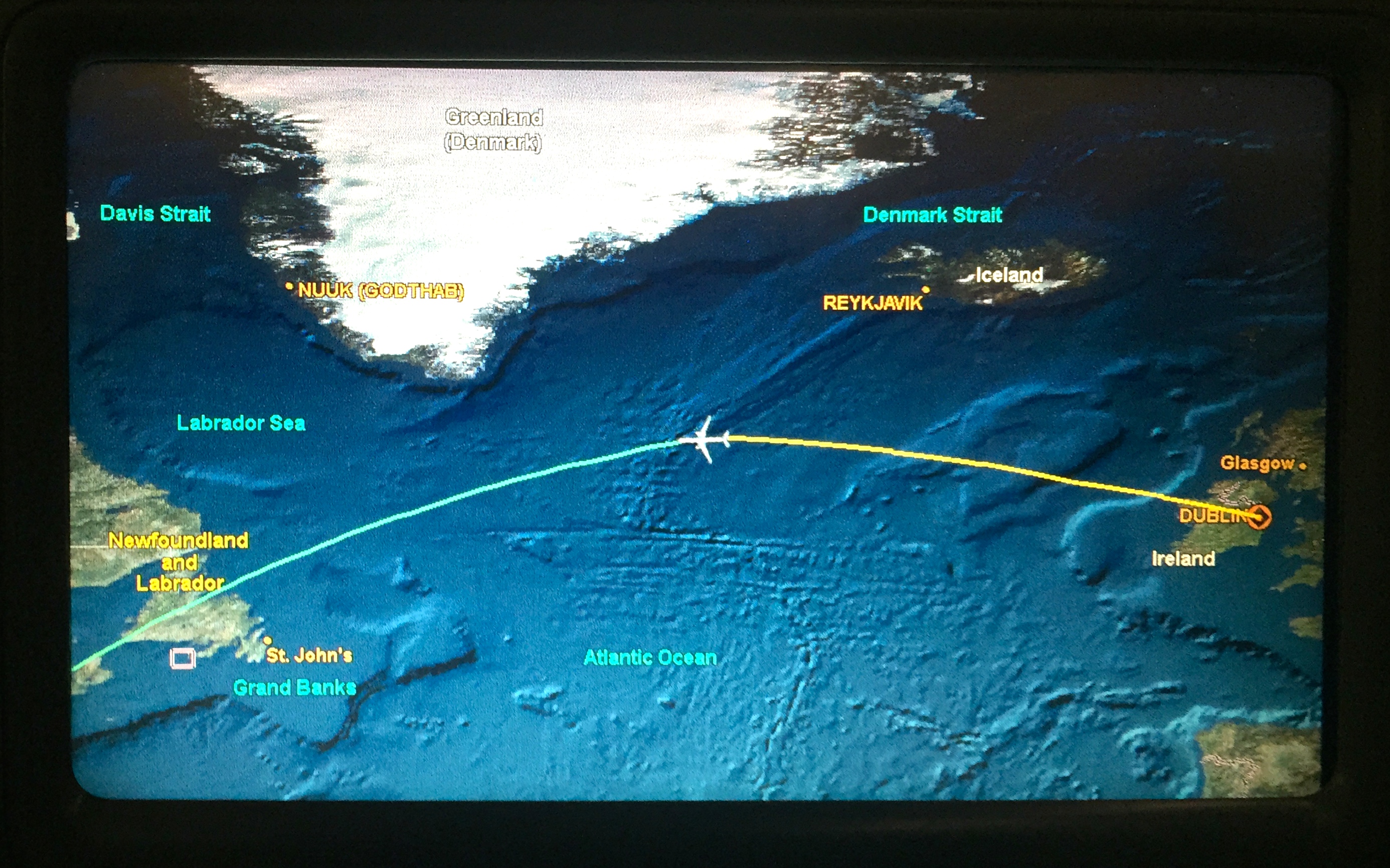 My skin is quite sensitive and can dry out easily, so, as mentioned here, I made sure to take my make up off as soon as possible and slathered my face in moisturiser. For long-haul flights I like to do this a couple of times over the course of the journey – with everyone’s aircon on full blast for nine hours I don’t know how other people get through it! This moisturiser is my absolute favourite. I like to apply a little make up just before landing so I’m feeling a bit more awake, refreshed and ready to take on whatever’s next! 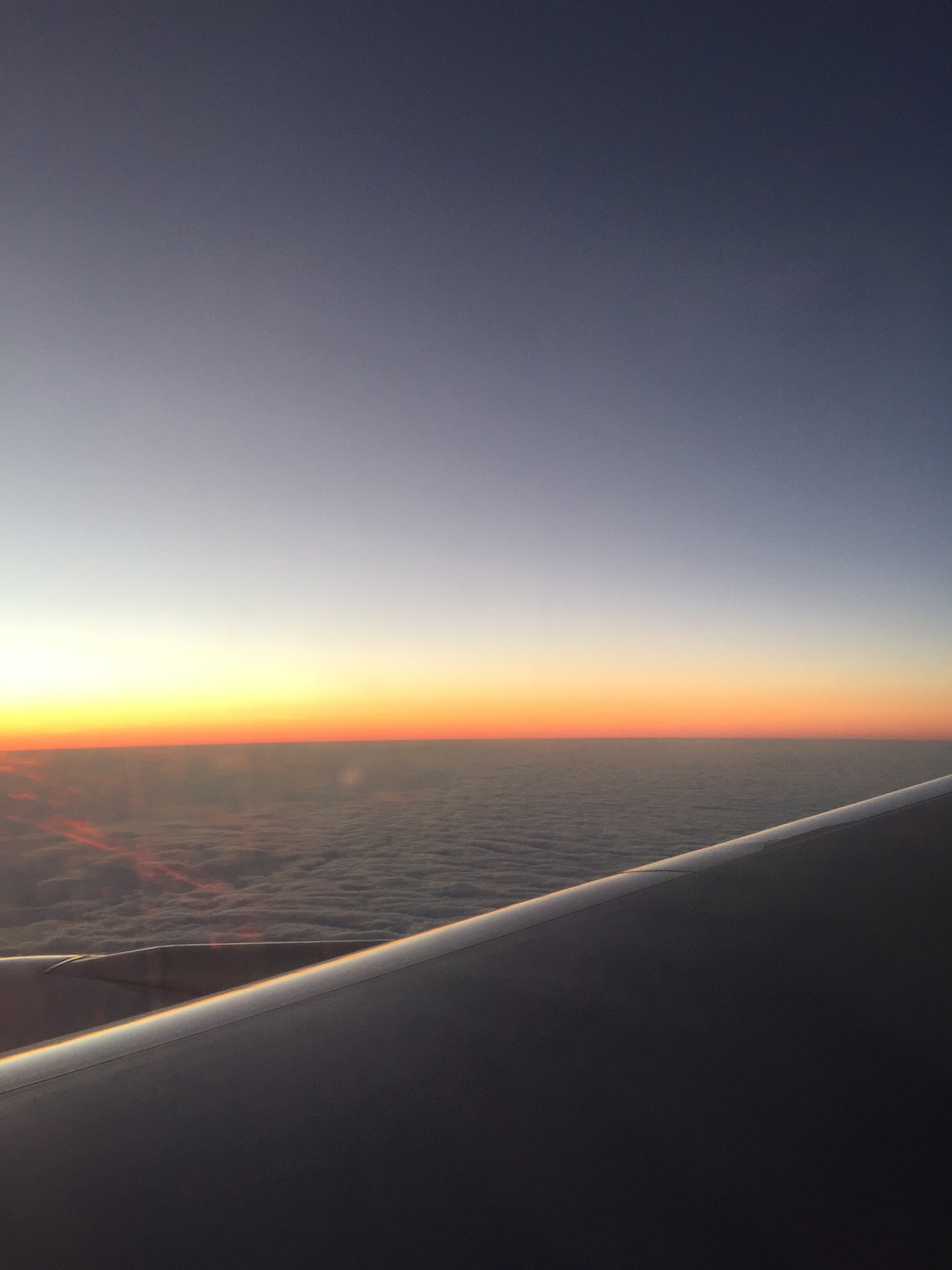 We chased the sun the whole way across the atlantic and she tipped her hat to us just as we were beginning our descent. Once landed we collected our bags (broke one of the handles!) and hopped in a taxi to The Cabana Bay Beach Resort, our first hotel of the Honeymoon!

Only the exhilaration of finally being on this holiday, after all the planning and effort, could have made me drag that broken wheely bag down the loooooonnngest corridor known to man, to our room! But I did and we got there in one piece…well we were, the case not so much! 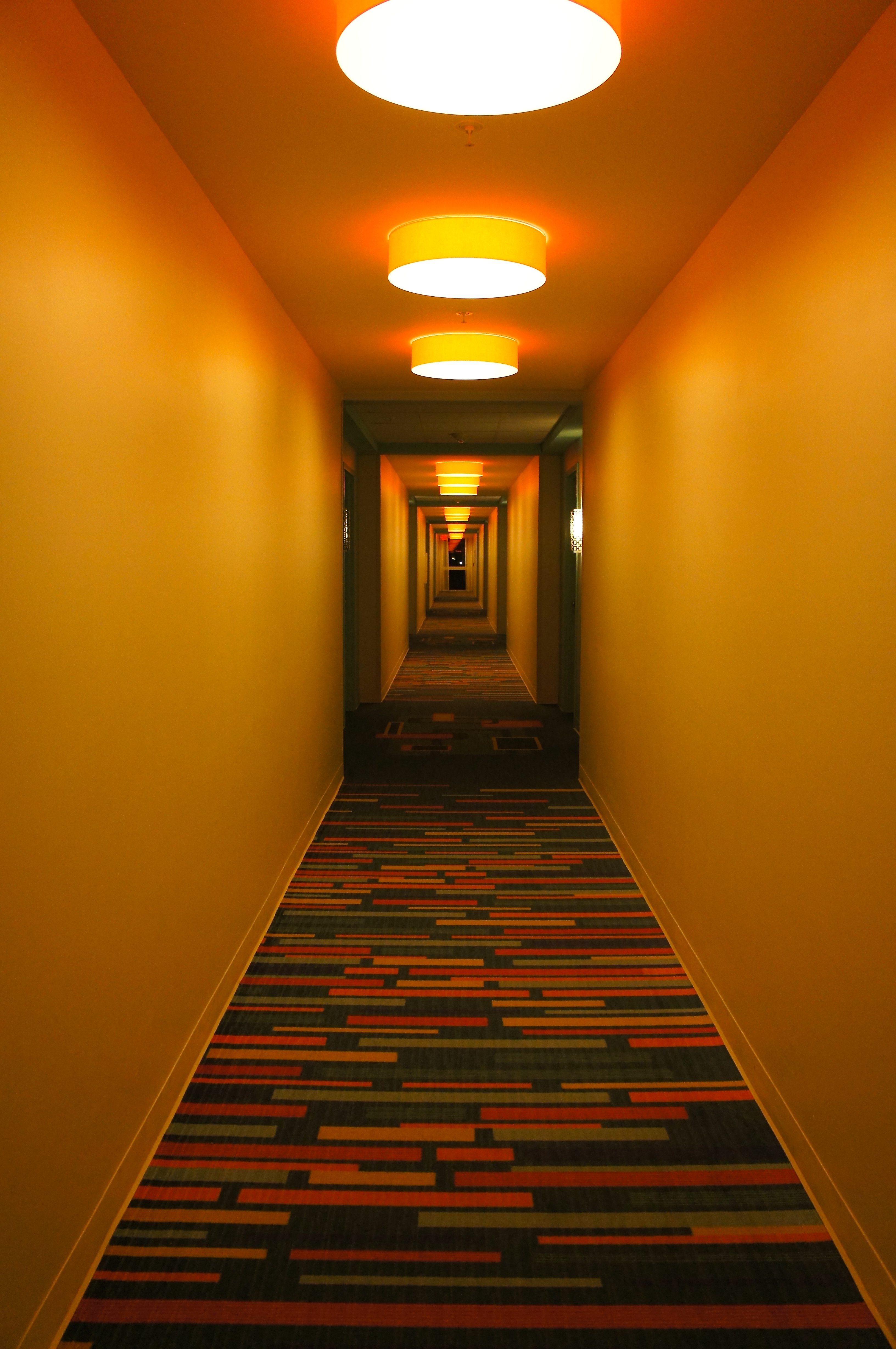 We chose The Cabana Bay Beach Resort Hotel because it is a Universal hotel, which means we would gain entry to the park an hour before everyone else – joy!

It also draws from all the 50’s/60’s decor that you could shake a stick at, so it seemed like a good idea when we were booking it at home 10months ago…when it was dull and rainy! 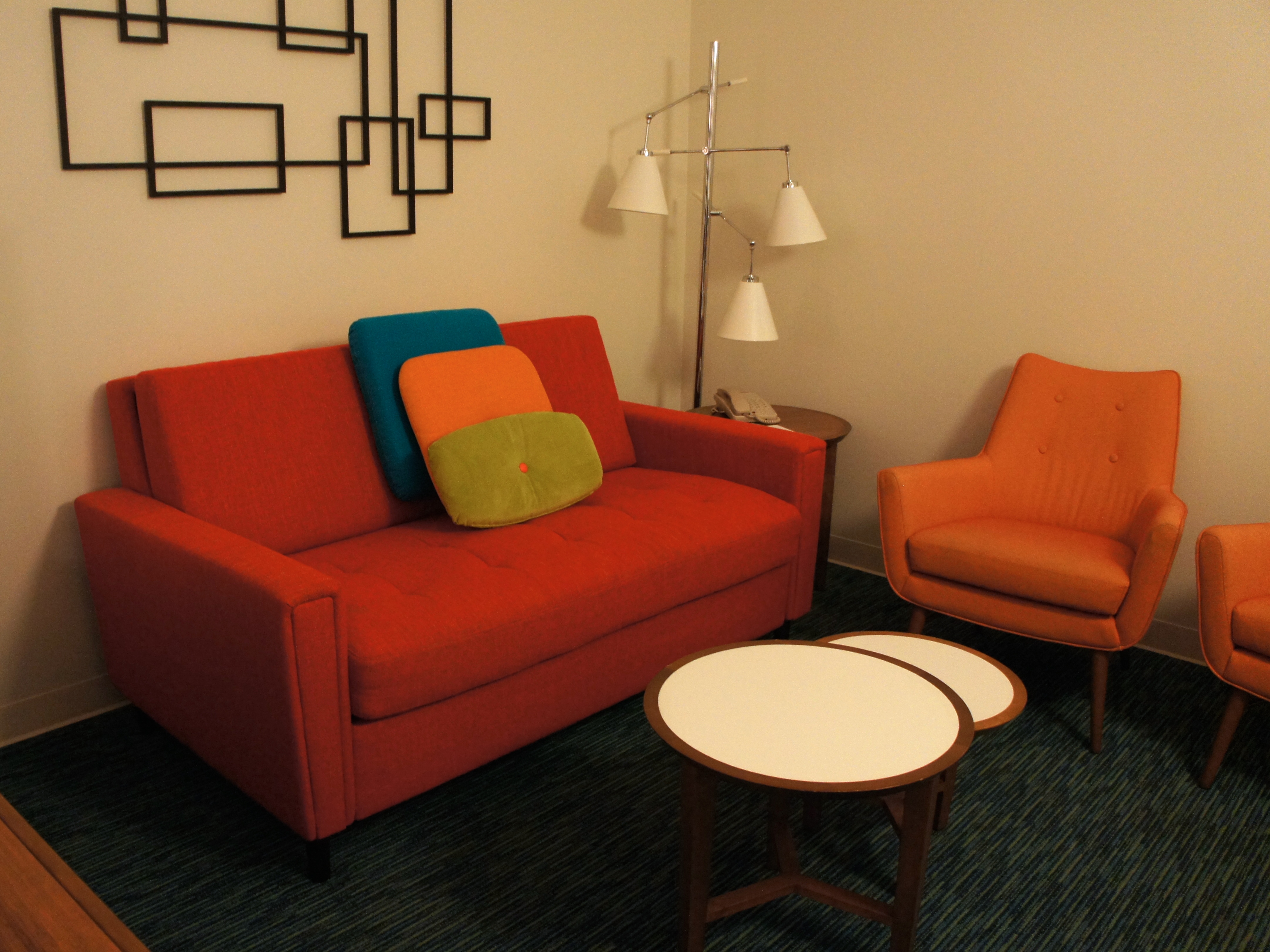 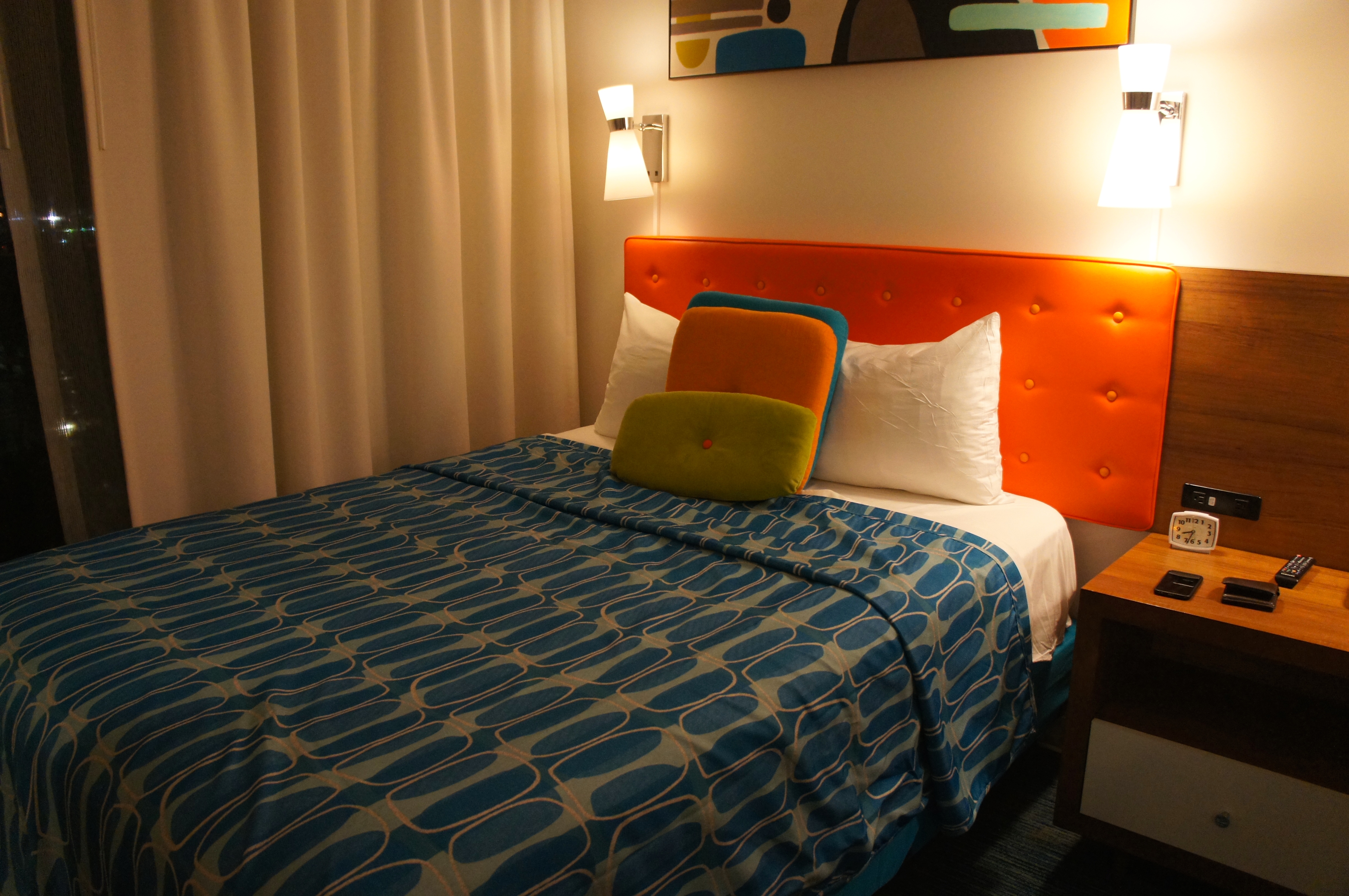 I was so thrilled to be there, but I definitely played it cool… 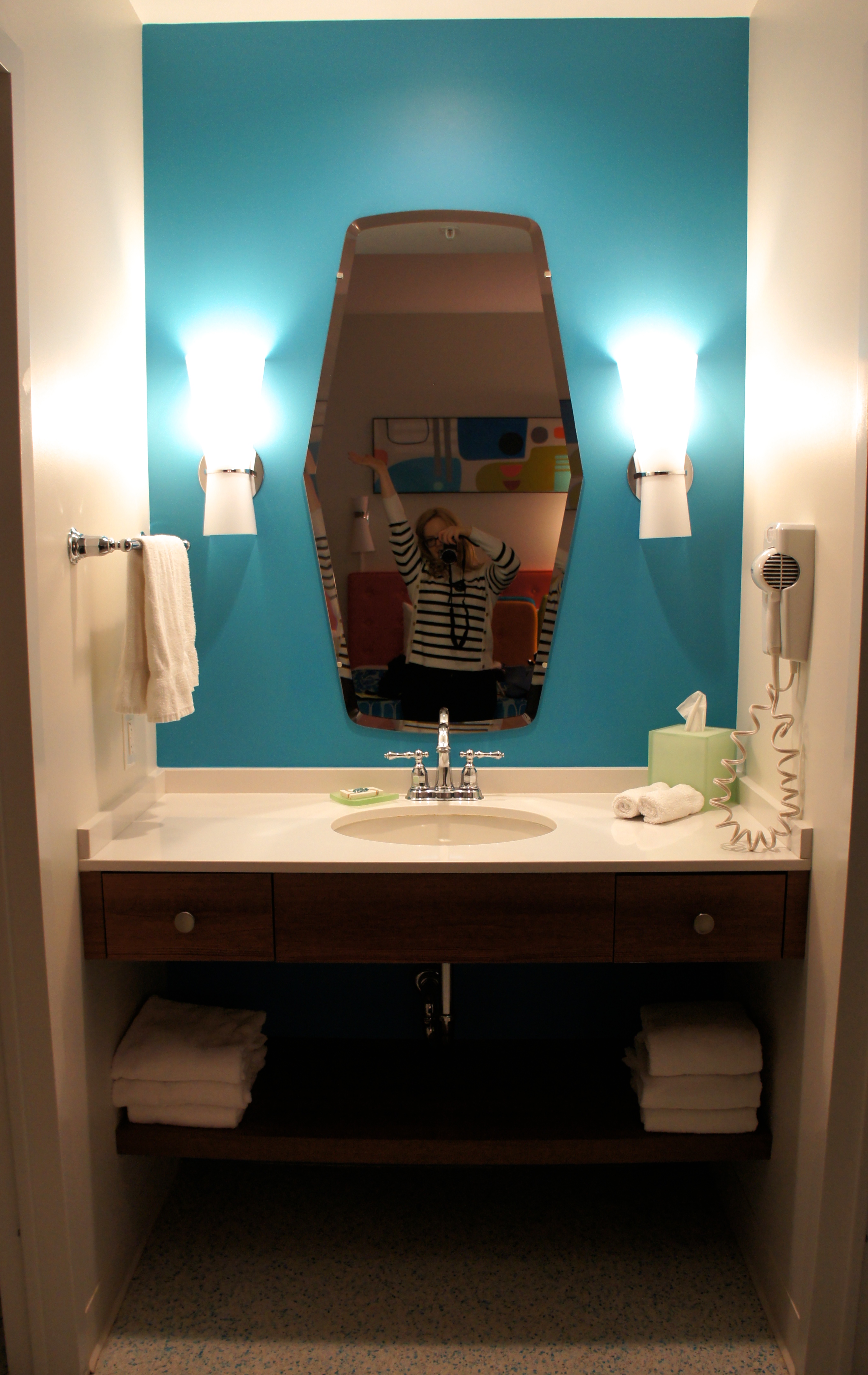 After a quick bite to eat from the restaurant downstairs, with heavy heads and light hearts we collapsed into bed, out for the count within mins 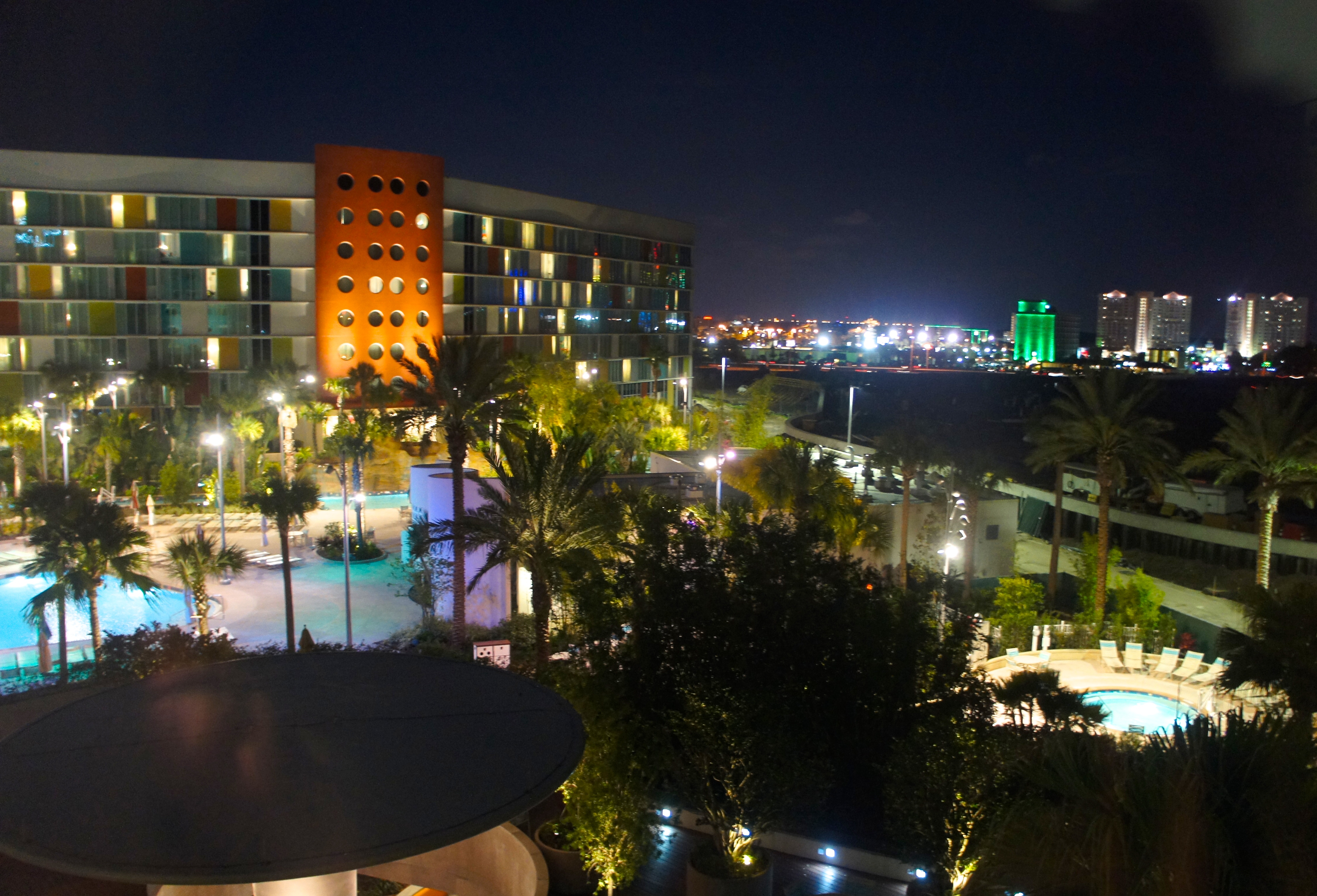