While I was home for Christmas, the girls and I climbed into winter woolies and made our way into town to check out a brand new seafood restaurant on Dawson Street 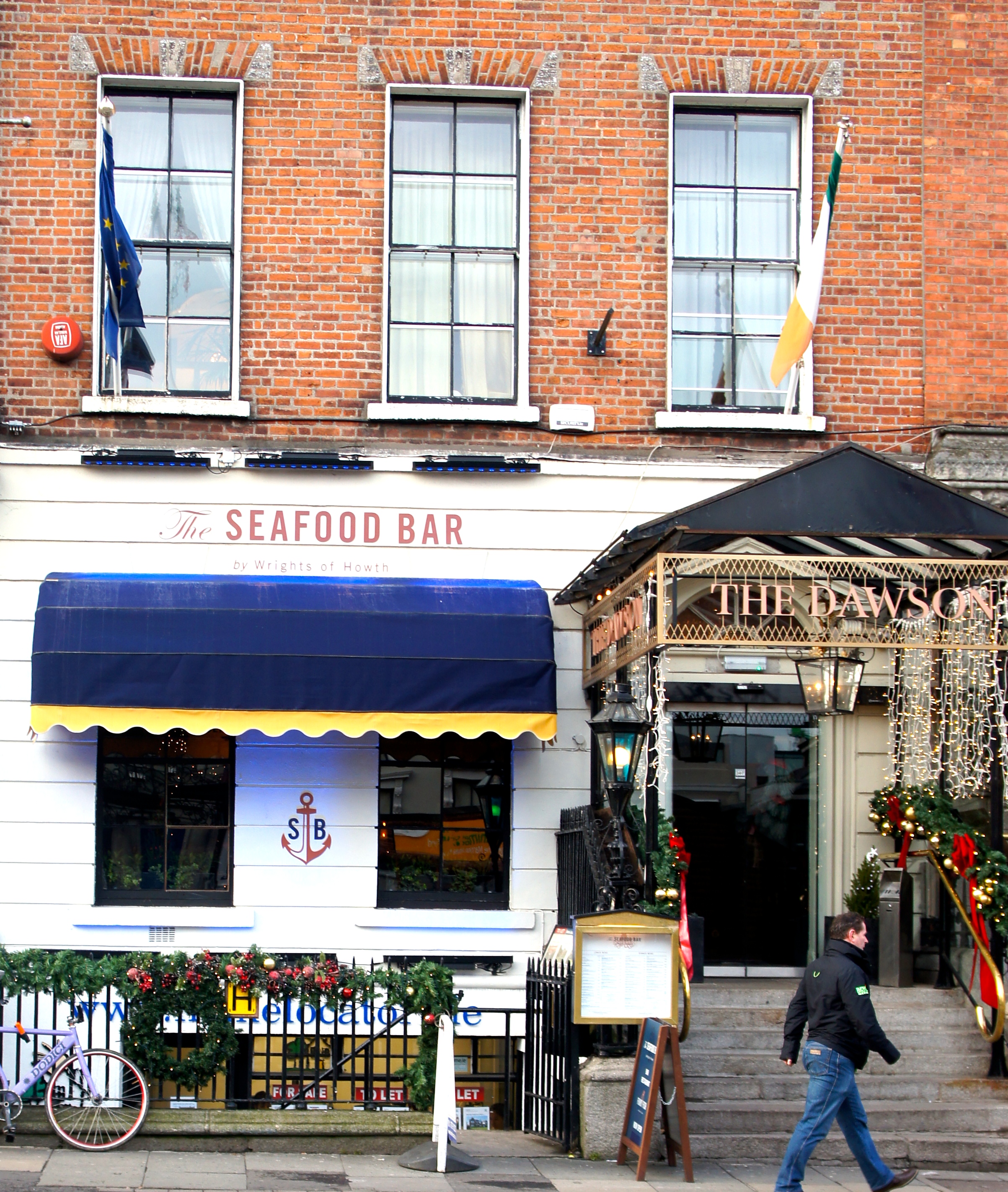 Sitting pretty opposite the Mansion House, The Seafood Bar shone bright like a new penny up against the other older buildings 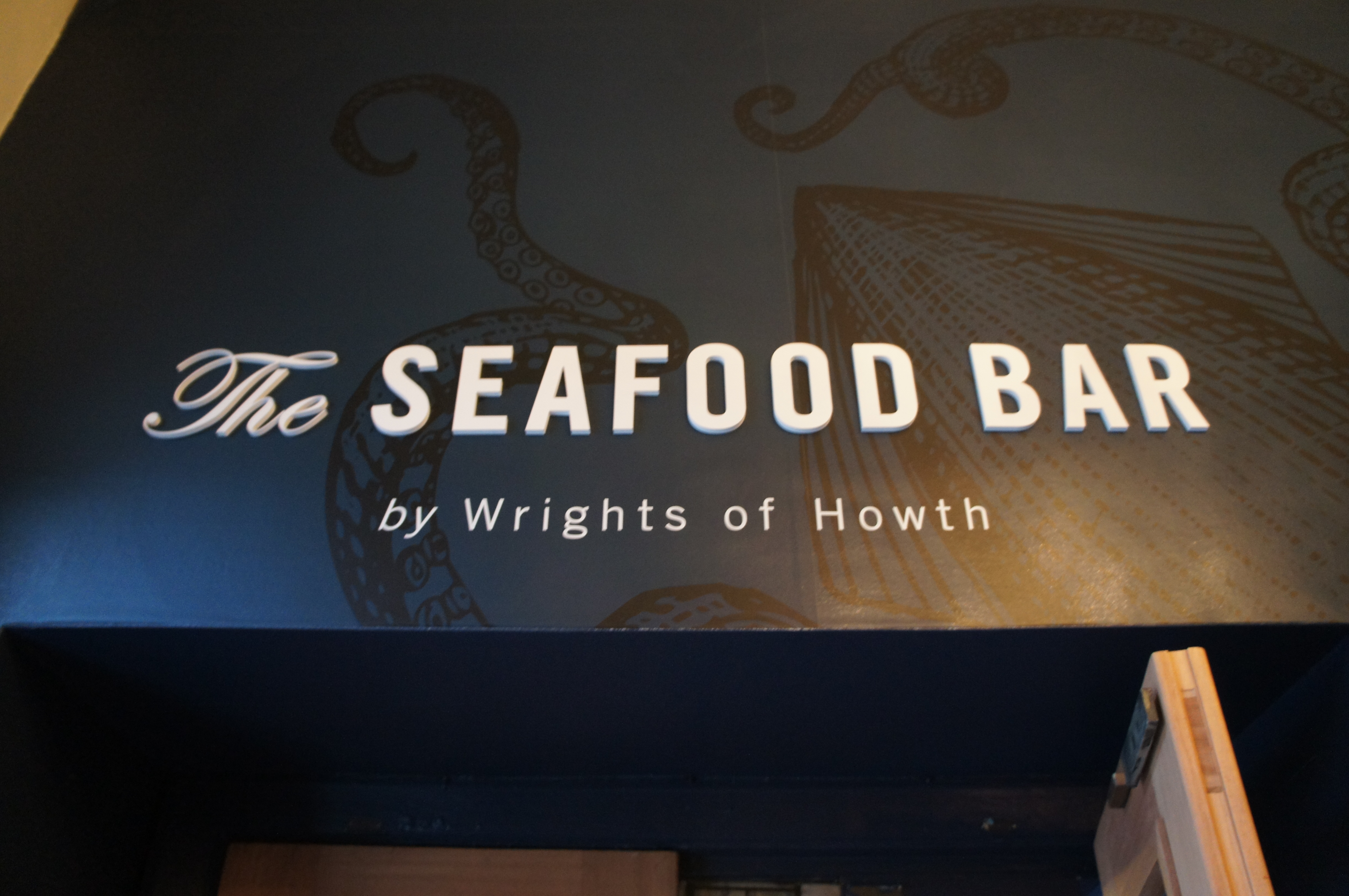 Upon entering, you’re plunged into deep blues and navys, through a bar area and along a wide corridor until you arrive at the mouth of the restaurant 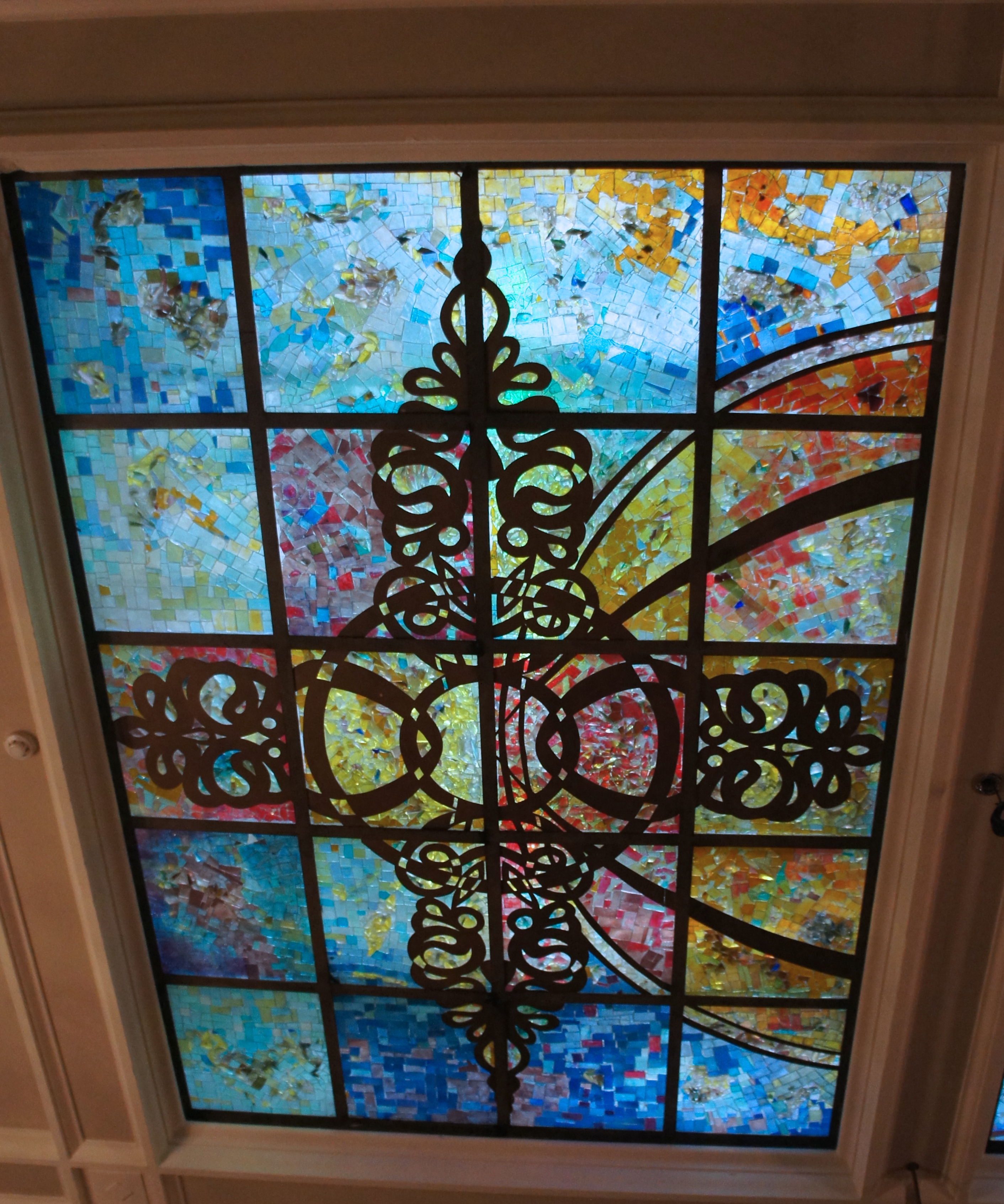 With dark red leather booths and a very high ceiling, you feel like you’re sitting at the bottom of the ocean, the sounds of the noisy street long forgotten and a new calm washes over you as the gently tinkling music envelopes and you feel much more relaxed than you were before entering 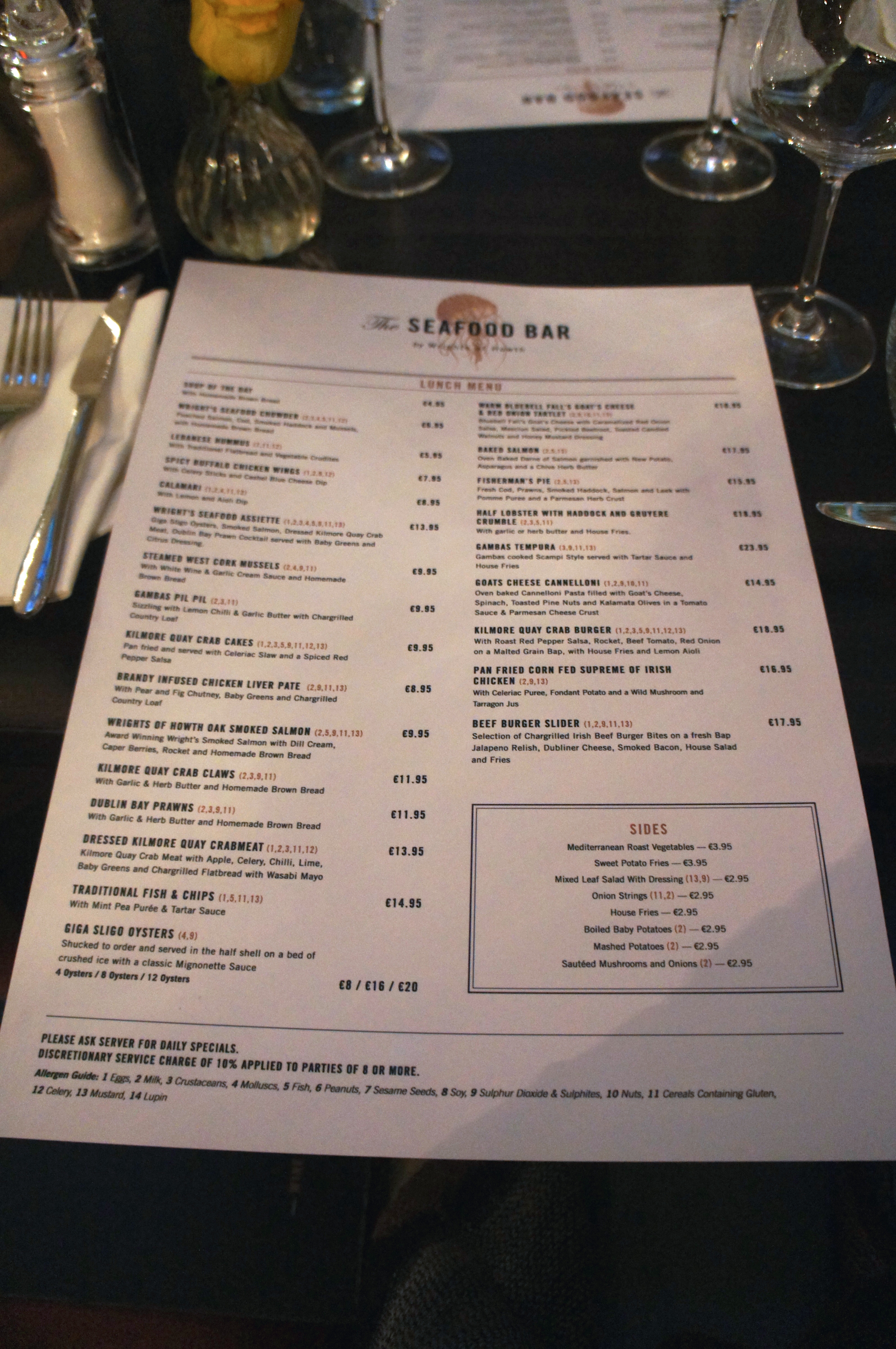 The menu is quite large and while (as you would expect) there are buckets of seafood dishes on offer, there’s also an extensive amount of options for the non fish lover 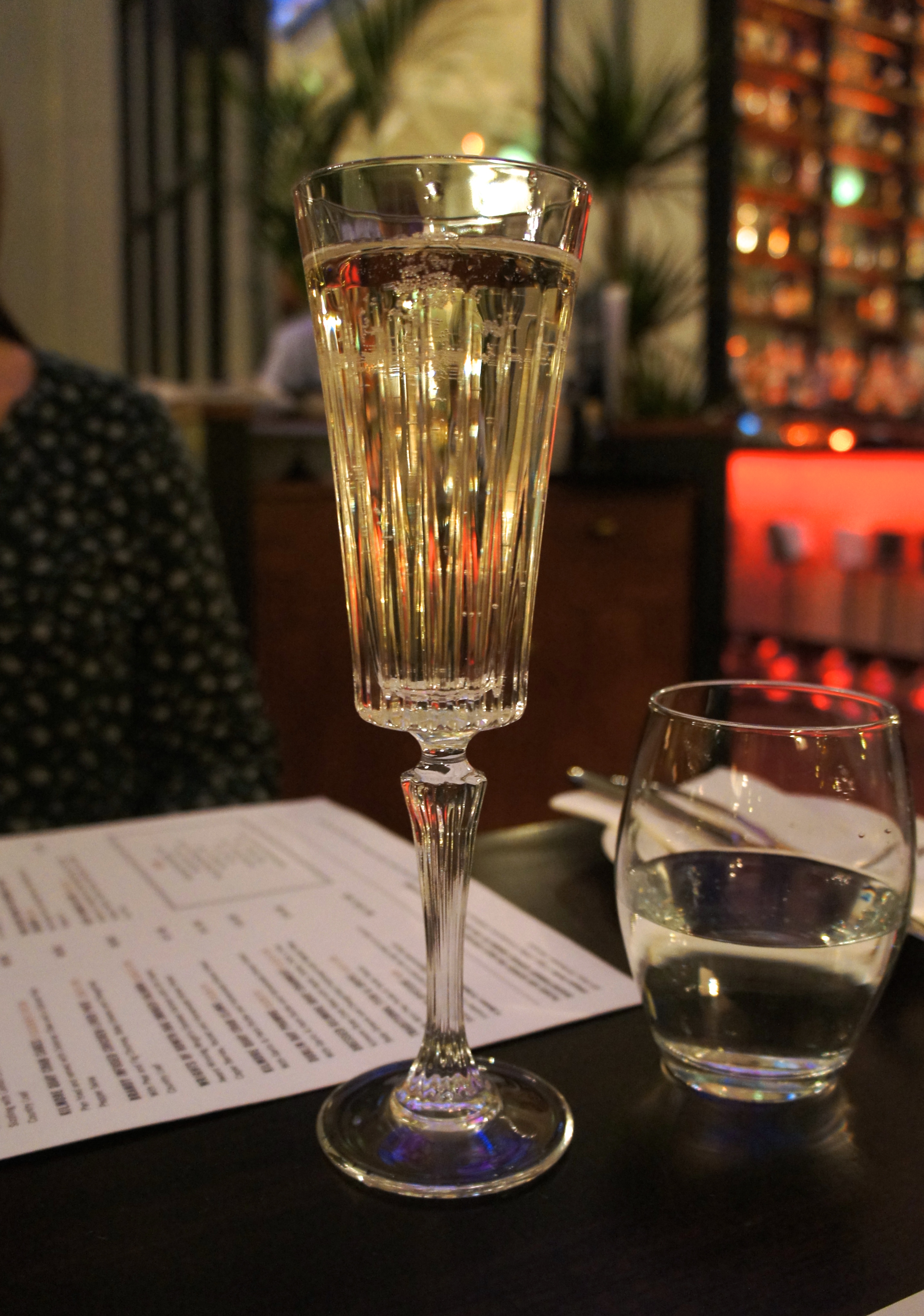 After some prompting, our order was taken. We thoroughly enjoyed the ambiance and a fair amount of chin wagging before our lunch arrived, but arrive it did. Fiona had the “Wrights of Howth” oak smoked Salmon with dill cream, caper berries, rocket and homemade brown bread 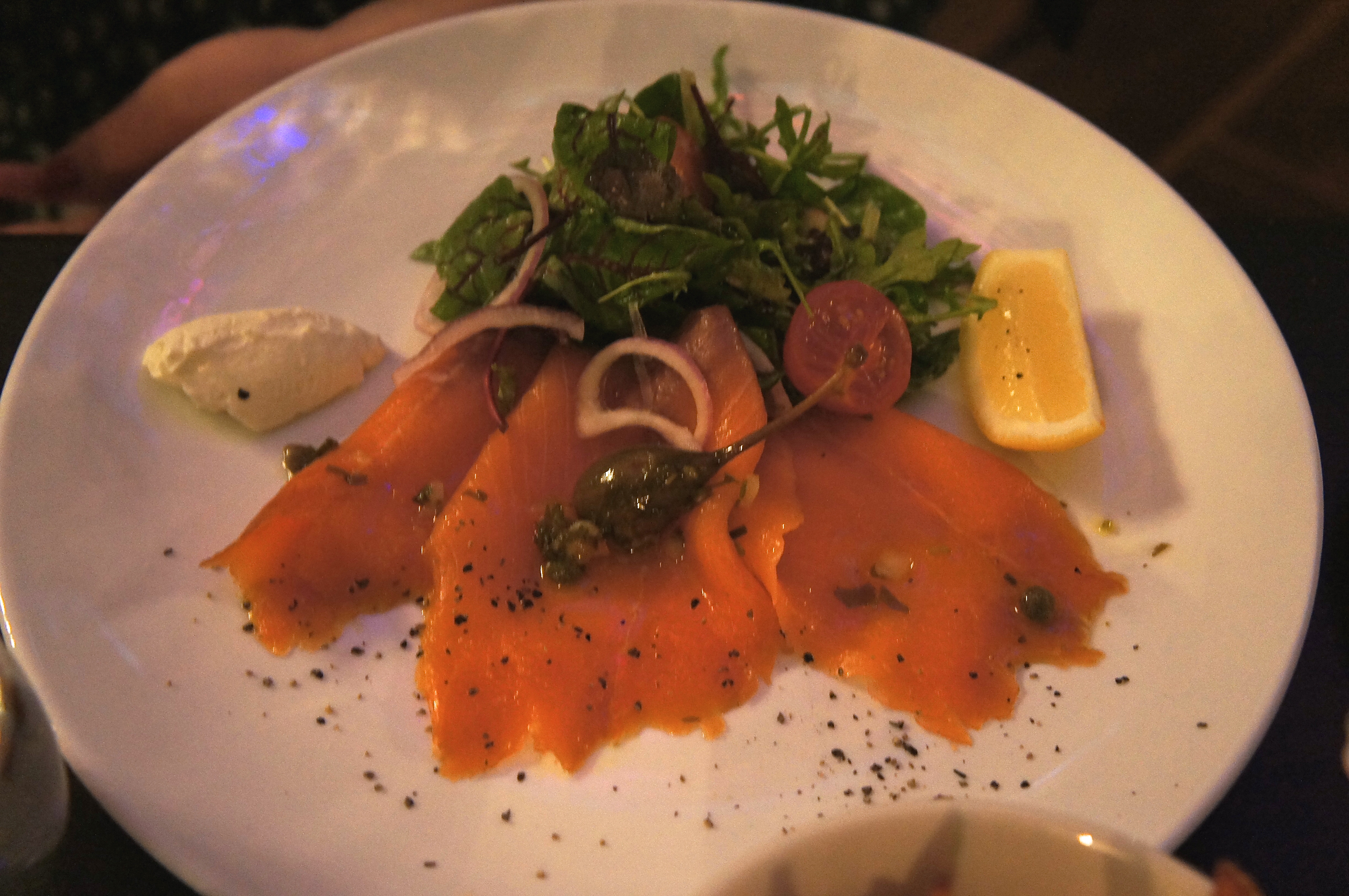 I had the soup of the day with homemade brown bread, which on that day was cream of broccoli 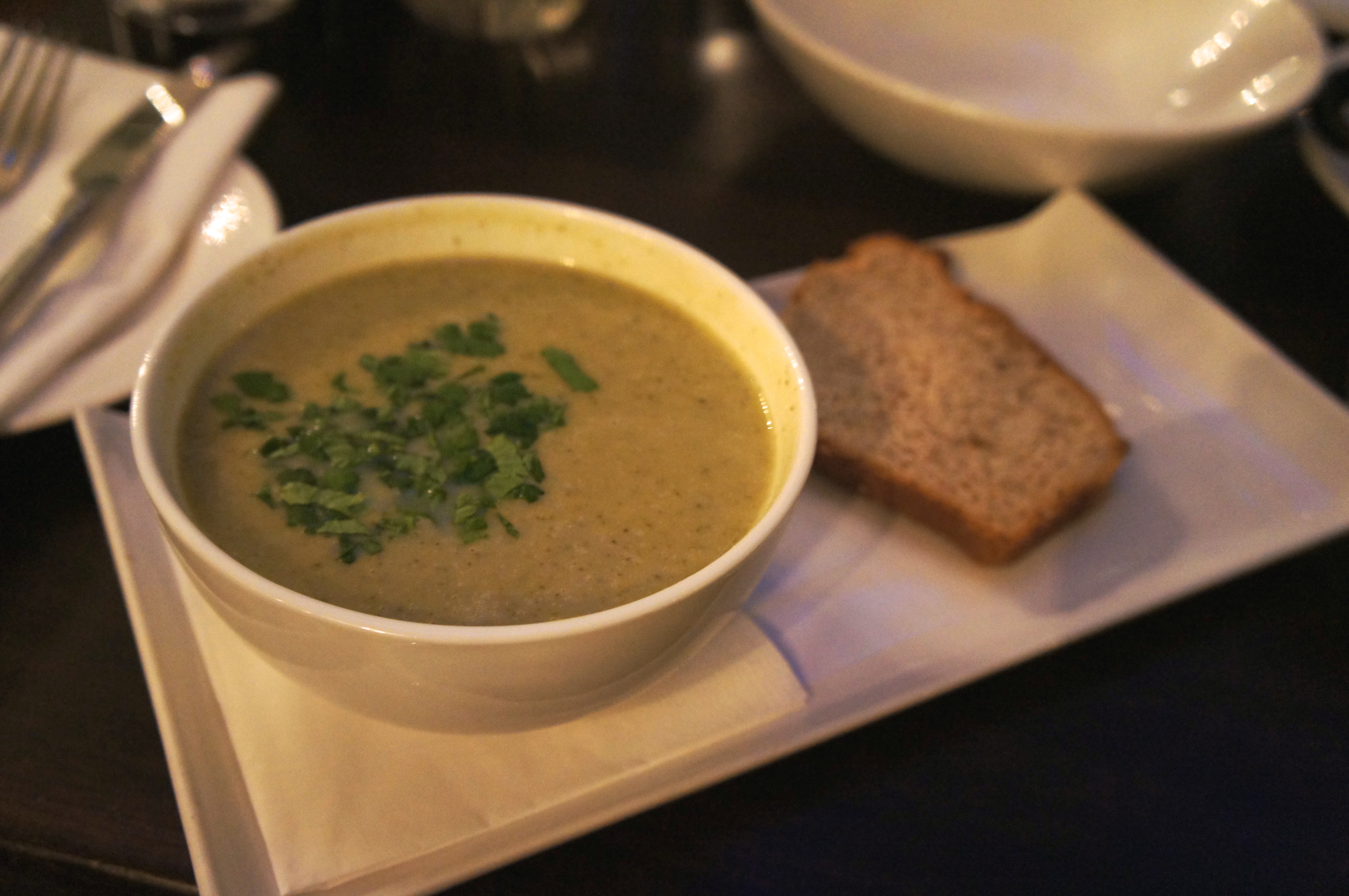 All in all, the dishes were good, however after the promise of homemade brown bread, I was given one measly piece while the girls weren’t given any at all and when they requested it, the staff acted like they were being weird. If that weren’t enough, at the end of the meal the staff were so busy chatting to each other we had to nearly pin them to the floor to get the bill and when it did arrive it was the wrong one…madness! 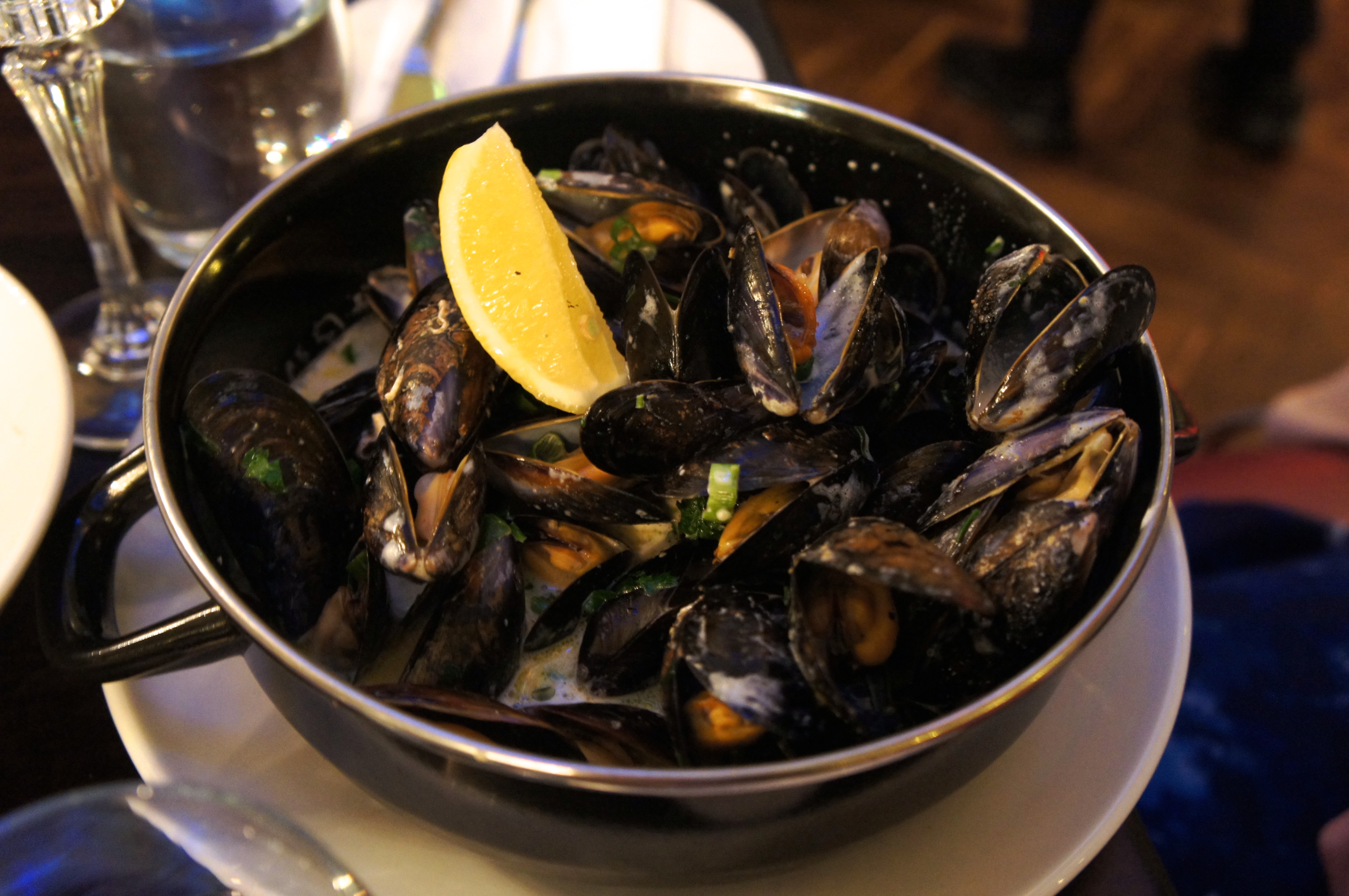 I would definitely give The Seafood Bar another try in the future because I’m hopeful that the above issues had a lot to do with being so new, however, if it happened a second time, I definitely wouldn’t be going back, which is a shame as the creators have clearly put a lot of thought and effort into everything else.

Luckily, I was there with great company and we had an absolute blast catching up!