I’m going to level with you, the only thing Christmassy about this bundt cake, is the fact that it was made on Christmas Day! That being said, I do find that it’s a good idea to have a lighter dessert on hand for those who might not like traditional Christmas desserts, like pudding or trifle (or for those who have overdone it on turkey and ham but still want something sweet!) 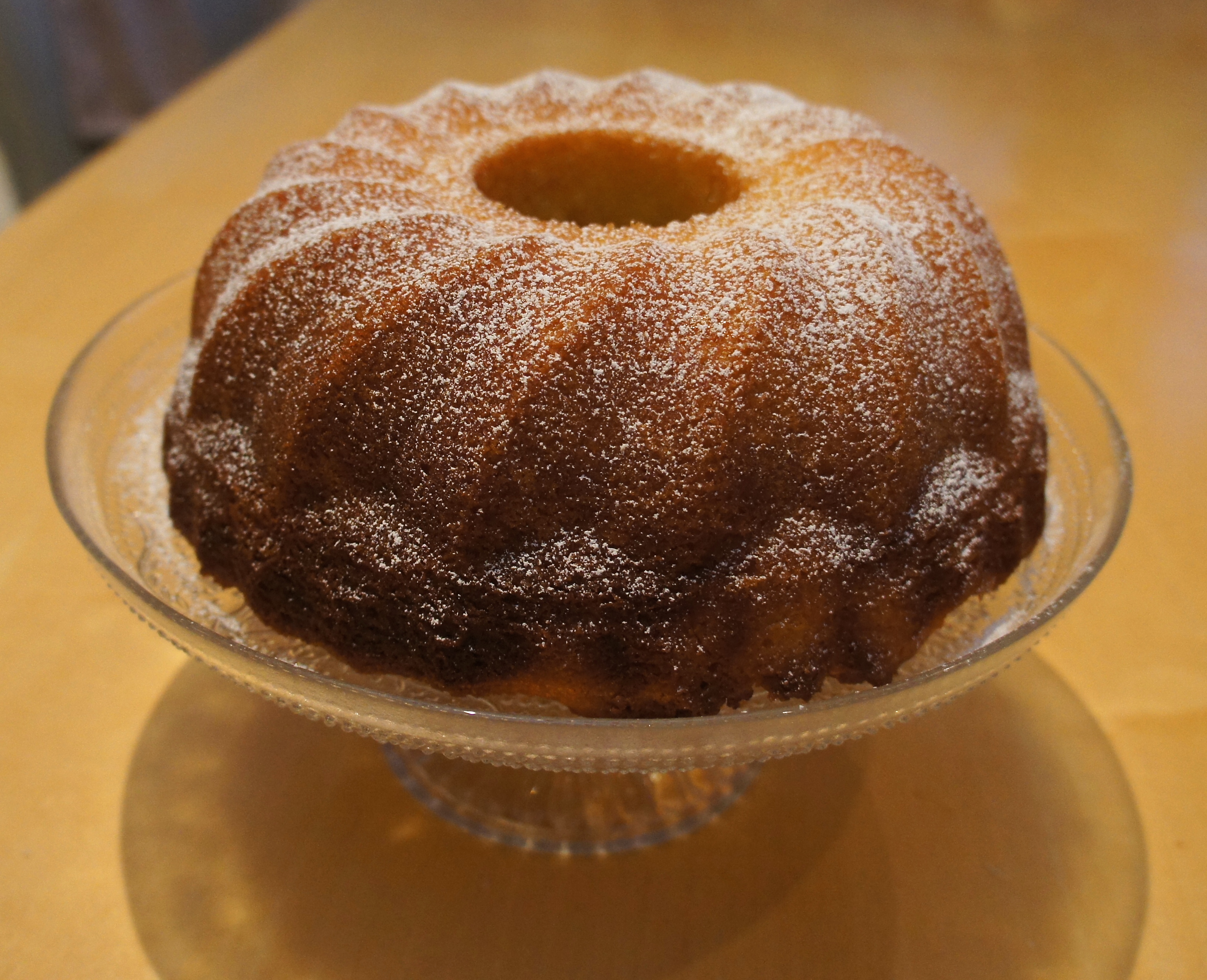 With that in mind, I decided to make a light sponge bundt – this idea mostly came to me because I was given a lovely bundt cake pan from Le Creuset as a present and didn’t need any more of an excuse than the above to give it it’s first outing! The recipe below, is one that has stood me in good stead for years and always produces an excellent sponge 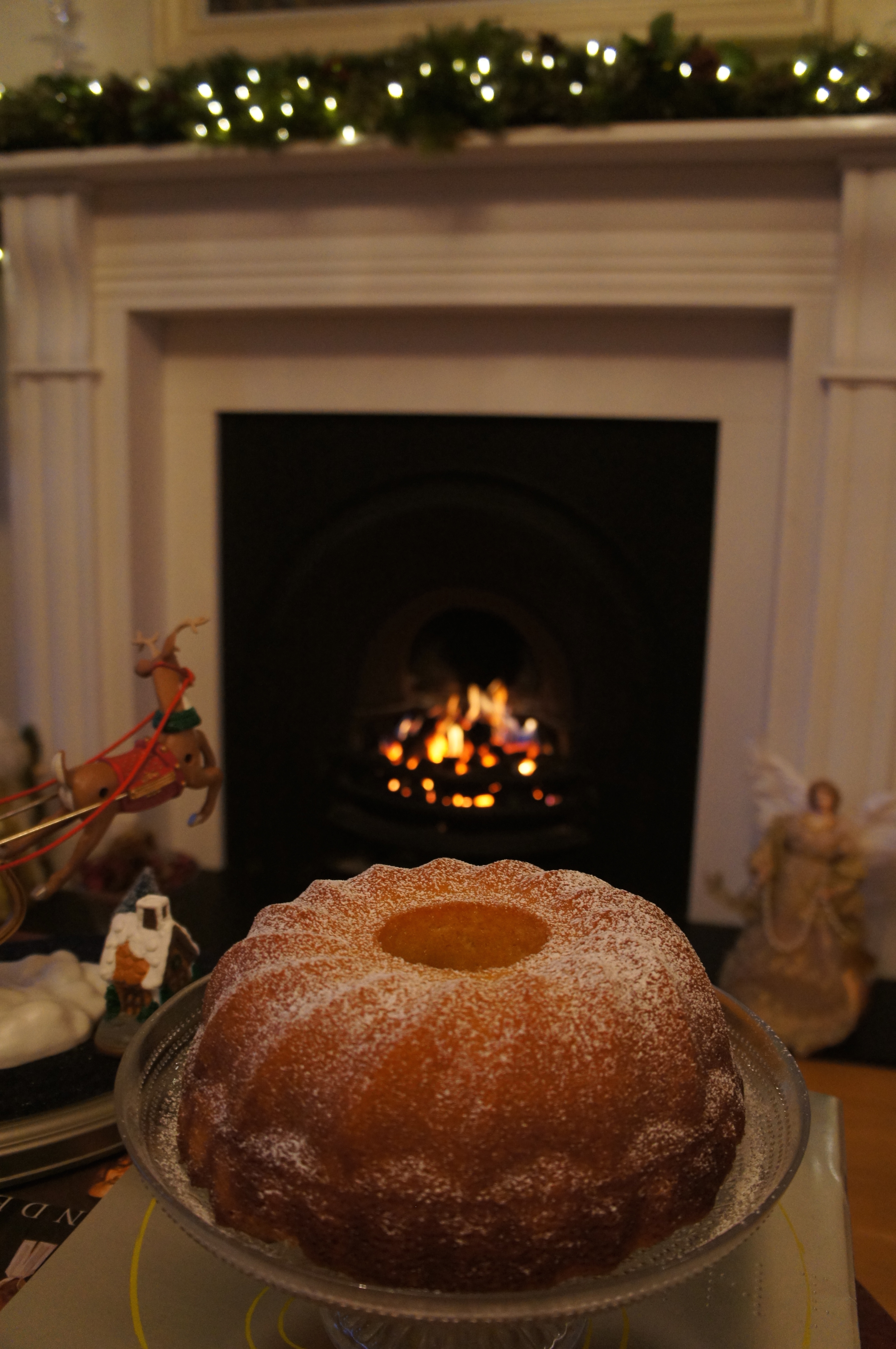 Pre heat your oven to 180° C and butter the inside of your bundt pan (as some can be very detailed, do make sure anything intricate has been coated thoroughly)

Blitz the butter and sugar together until you’re left with a light and fluffy mixture and your butter has gone a very, very pale yellow (almost white). Beat your three eggs in a separate bowl and then add in thirds to your mixer while it’s on a medium level – be sure to mix thoroughly in between adding the eggs (if you think it’s starting to curdle, just add a tablespoon of flour to stabilise your mixture)

When the last of the eggs is added, mix in the teaspoon of vanilla extract and the tablespoon of milk, once fully incorporated, turn off your mixer and sift in the flour, then using a spatula (I like these ones), fold in the flour.

Scoop into the bundt cake mould and bake in the oven for 25-30mins (as always, this is dependant on the strength of your oven, so I would suggest you start checking it from 25mins). Remember to use a tea-towel or oven gloves when removing the pan – we don’t want any “bundt” hands now do we! 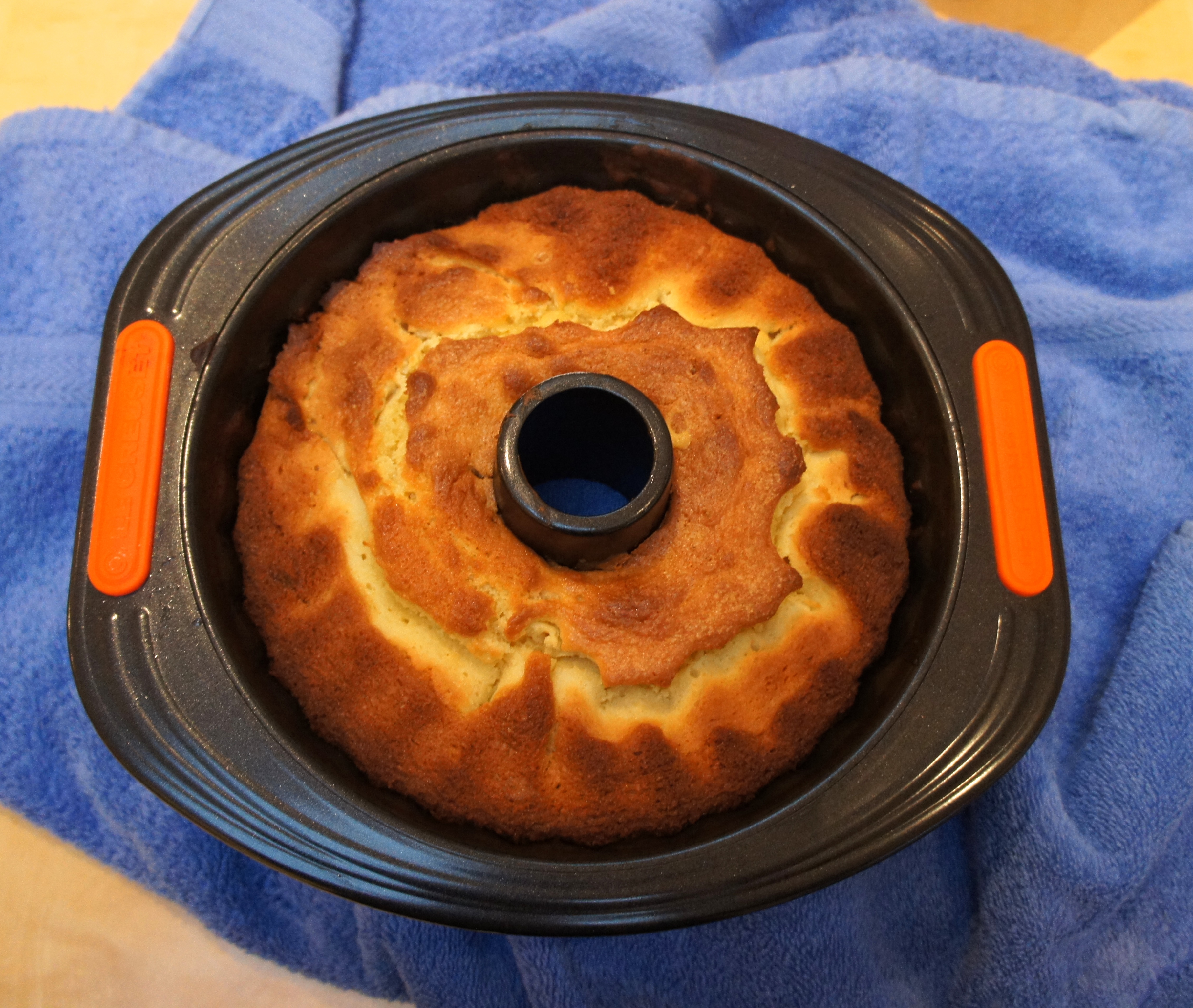 Once the initial heat has died down, put a plate on top of your mould and flip as quickly and seamlessly as possible, then allow the cake to cool completely before dusting with icing sugar – I used an orange to decorate the middle seeing as it’s Christmas, but your options really are endless!

I adore this cake for many tasty reasons, but mostly because it keeps it’s “moistness” really well so will last for a good week – perfect to get you through the holidays (although I doubt it’ll survive that long!) 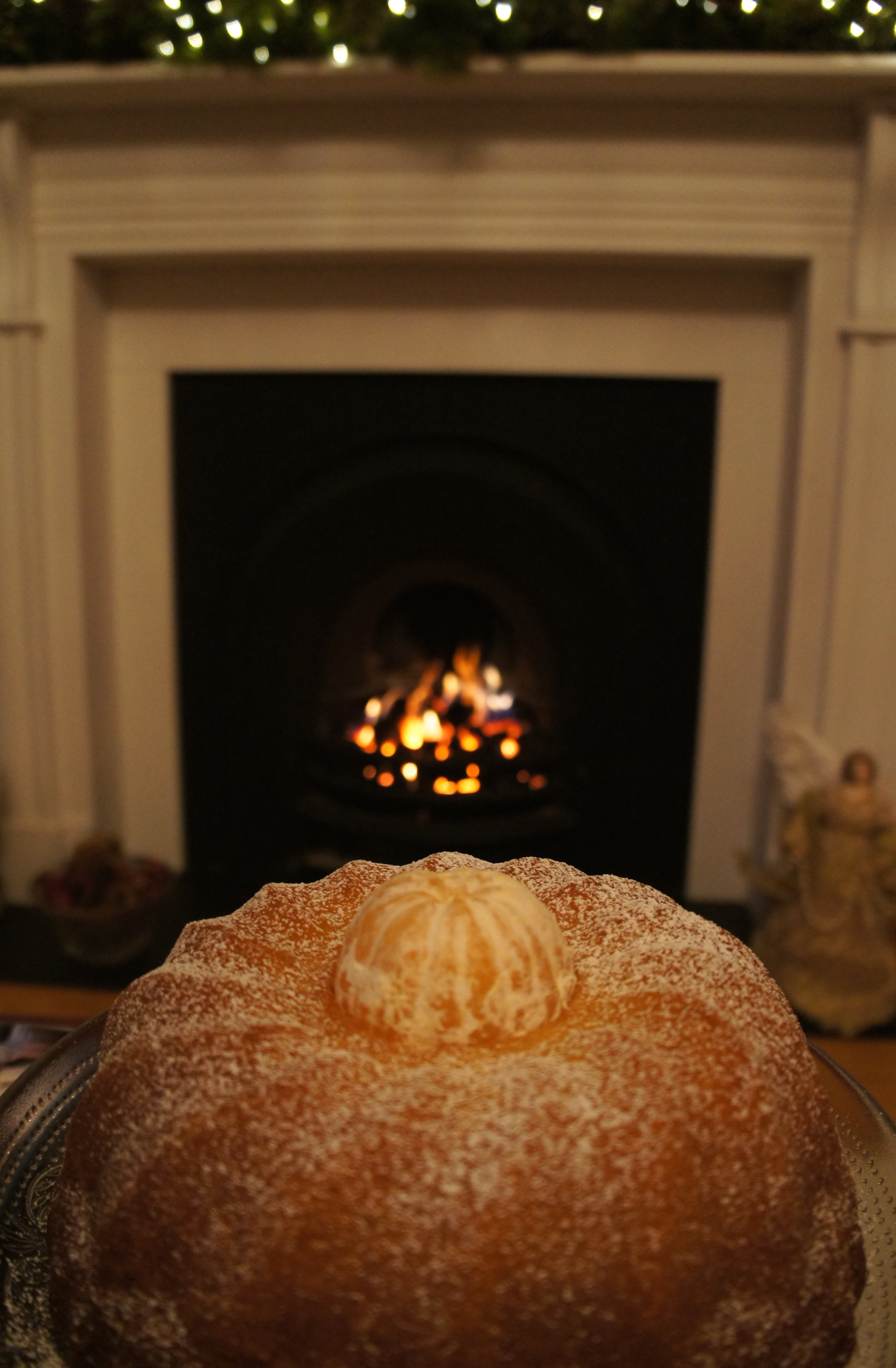 a.) If you use this recipe to make a victoria sponge cake, or a stand alone sponge in a normal sized cake tin – half the ingredients and it’ll turn out perfectly, the above measurements are solely to fill a bundt cake mould as they are much larger than your standard cake tin

b.) If you only have plain flour in the house, use it, but just be sure to add a pinch of baking powder into the mix to give it a helping hand to rise

Hope you’ve all had a very Merry Christmas!!