Up bright and early last Saturday, Himself and myself headed to Liverpool Street. With our names checked, we were bustled into a lift and rocketed upwards into the clouds to Duck & Waffle 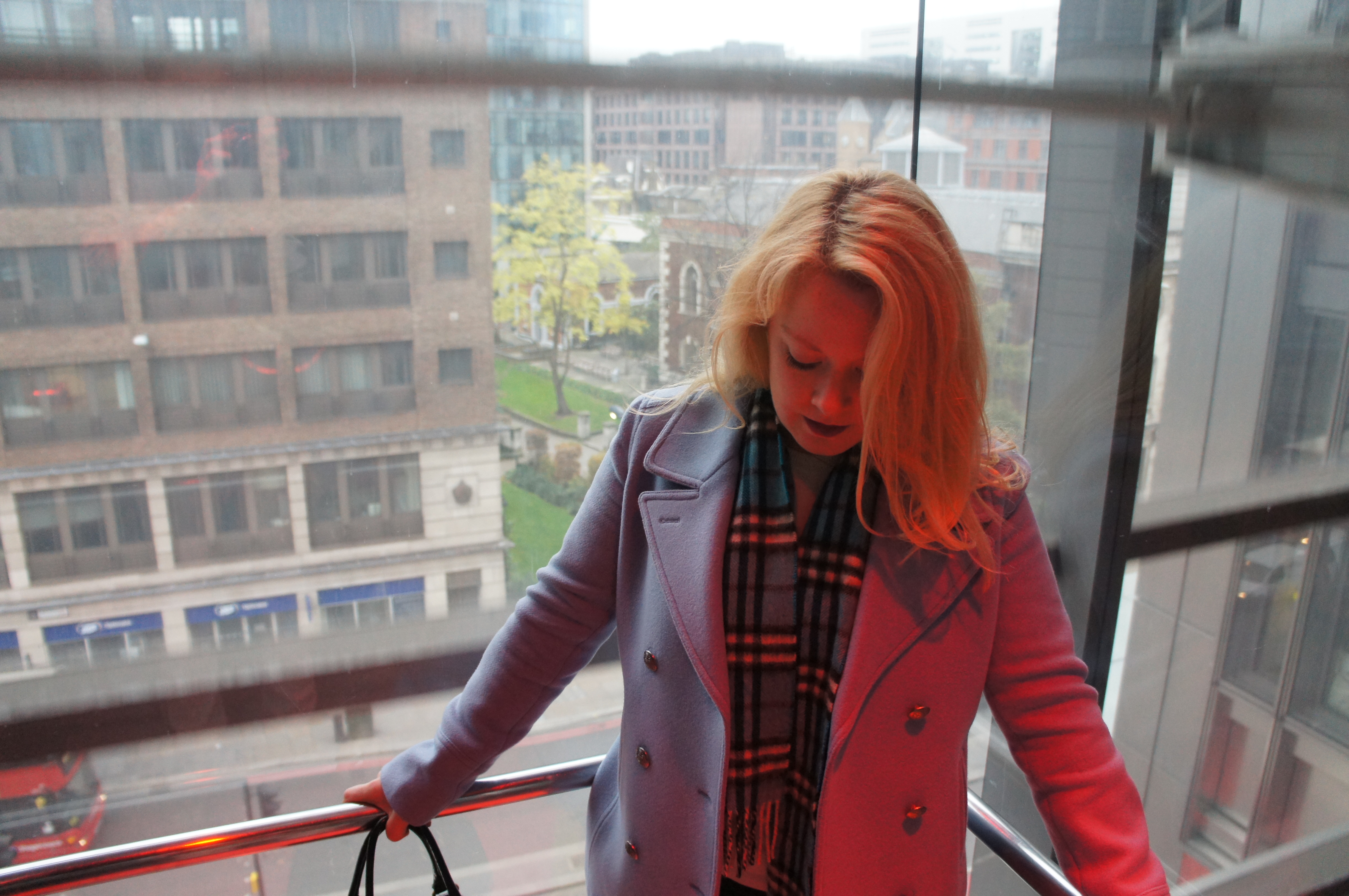 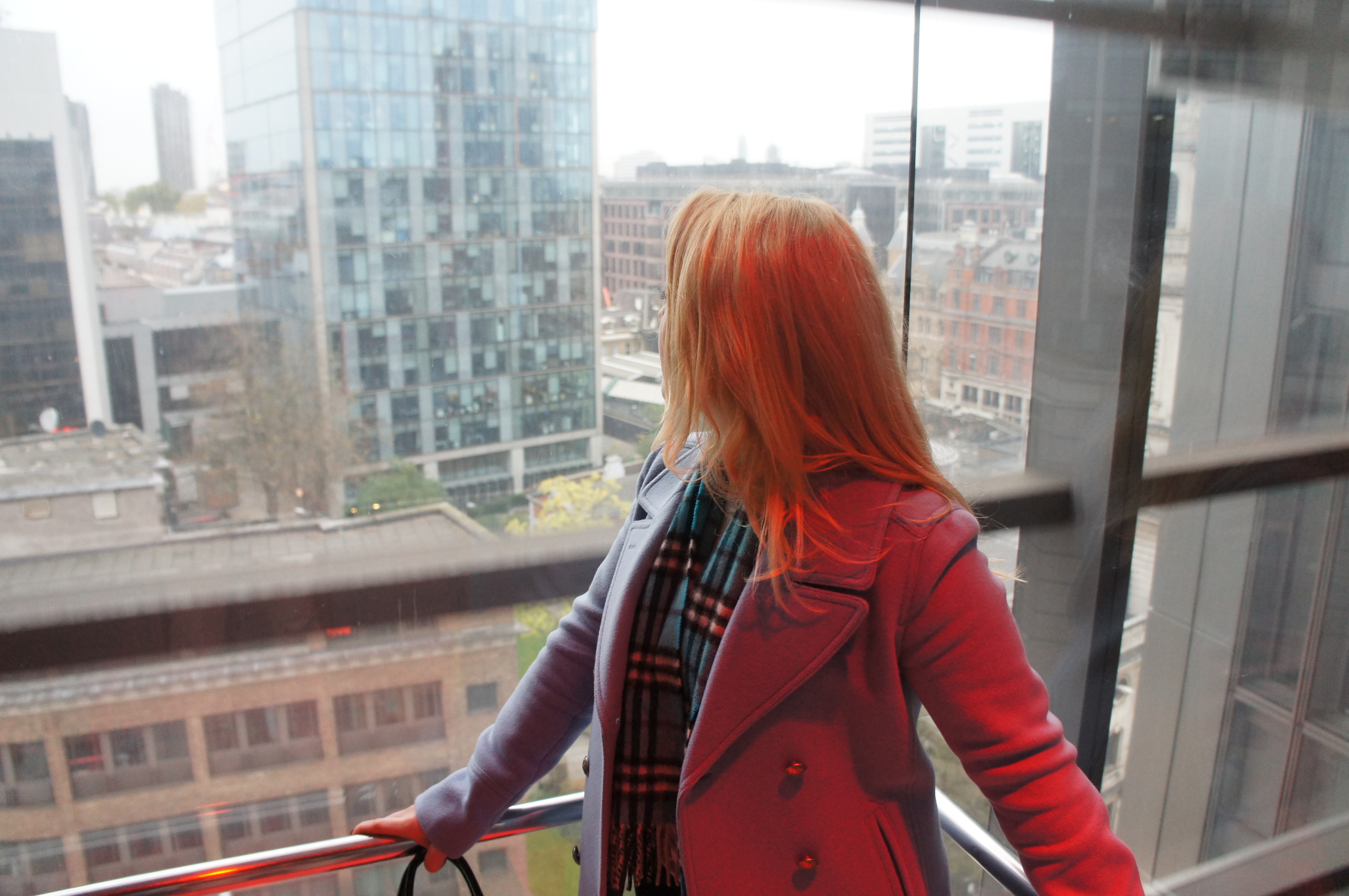 At the top, the doors opened to reveal a narrow corridor and after winding through a very rabbit hole/Alice in Wonderland type situation, we broke out into a spacious bar area – with exceptional flooring! 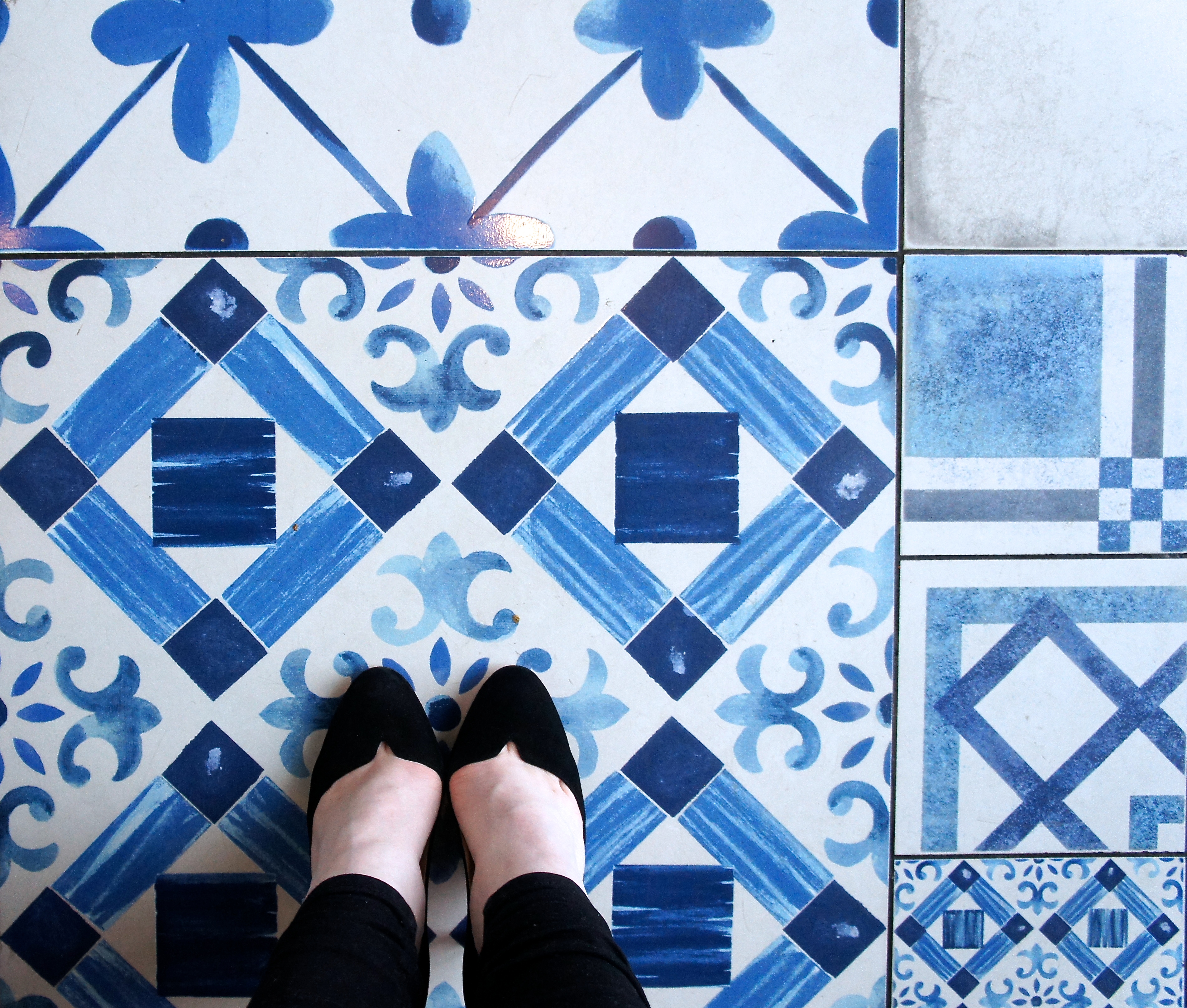 The decor was bright and crisp with clean lines and all was flooded with light, I loved it 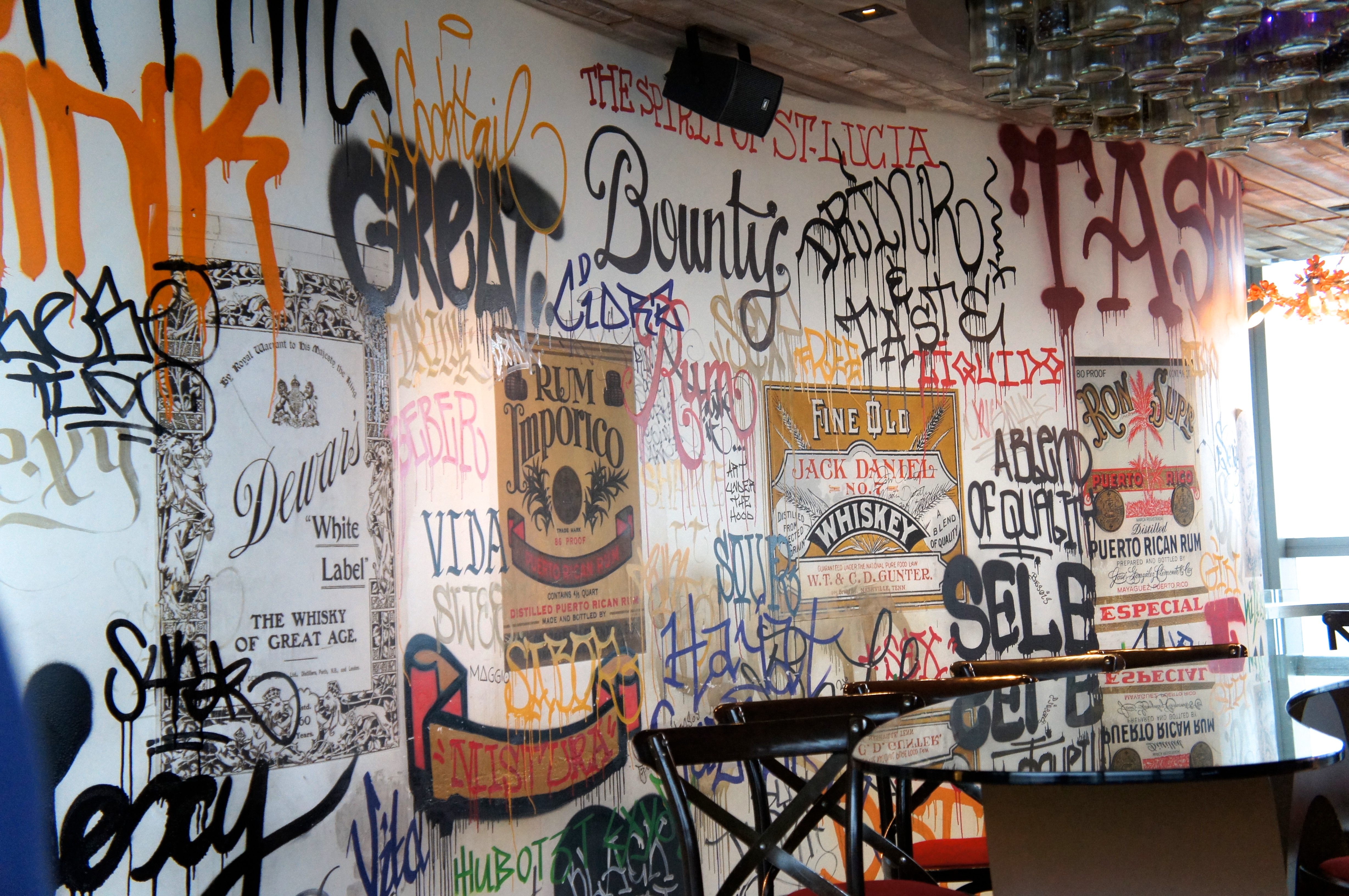 Even on a grey day like we had, the city views from the 40th floor of the Heron Tower are just tremendous 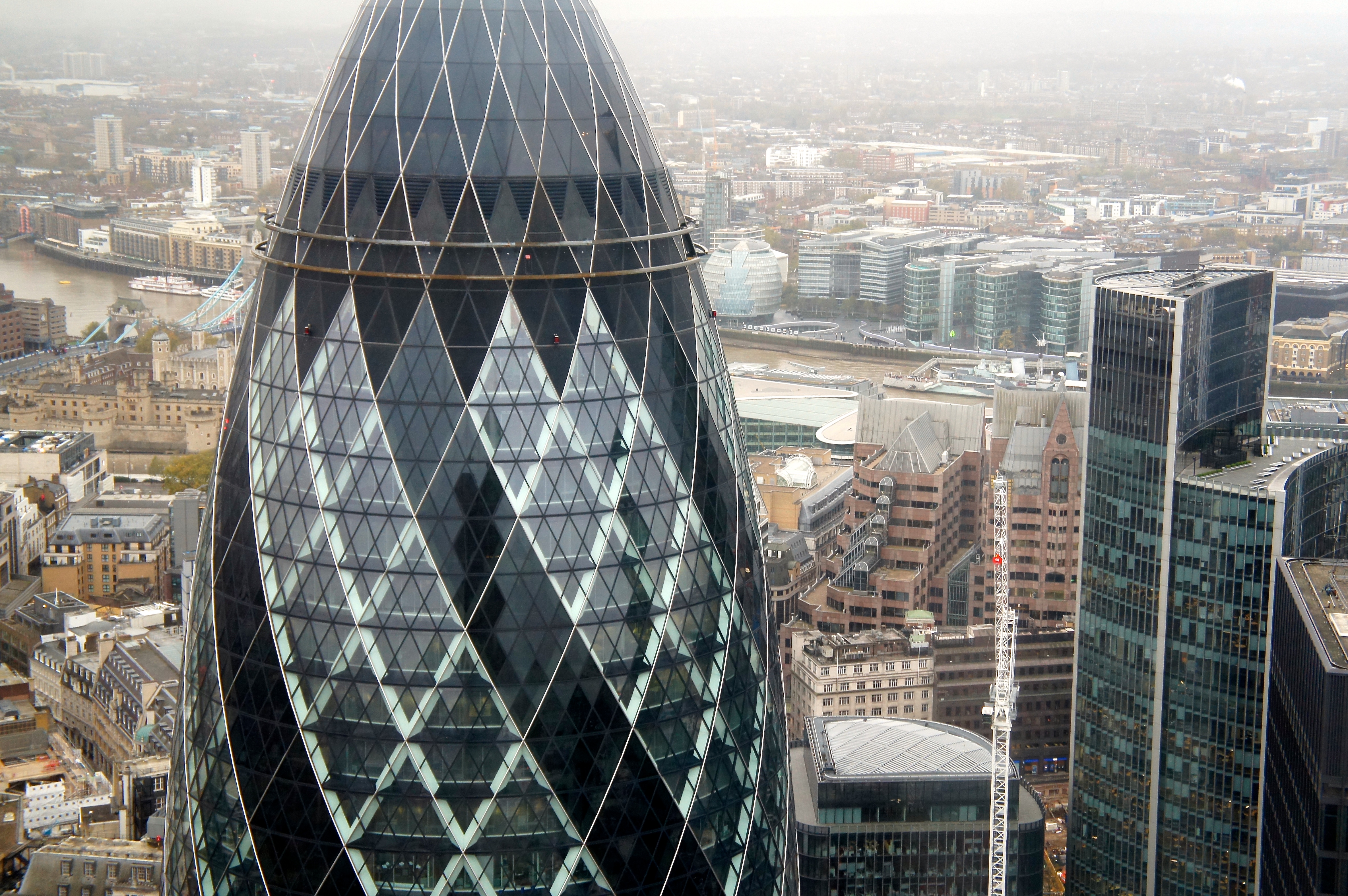 We sipped on mimosas in the waiting area until our table was ready and exactly at our reservation time we were escorted to (in my humble opinion) THE best seat in the house. To say I was chuffed is a massive understatement, not only were we right by the window to take in those stunning views, but we were smack bang in the centre of the restaurant too – endless people watching opportunities! 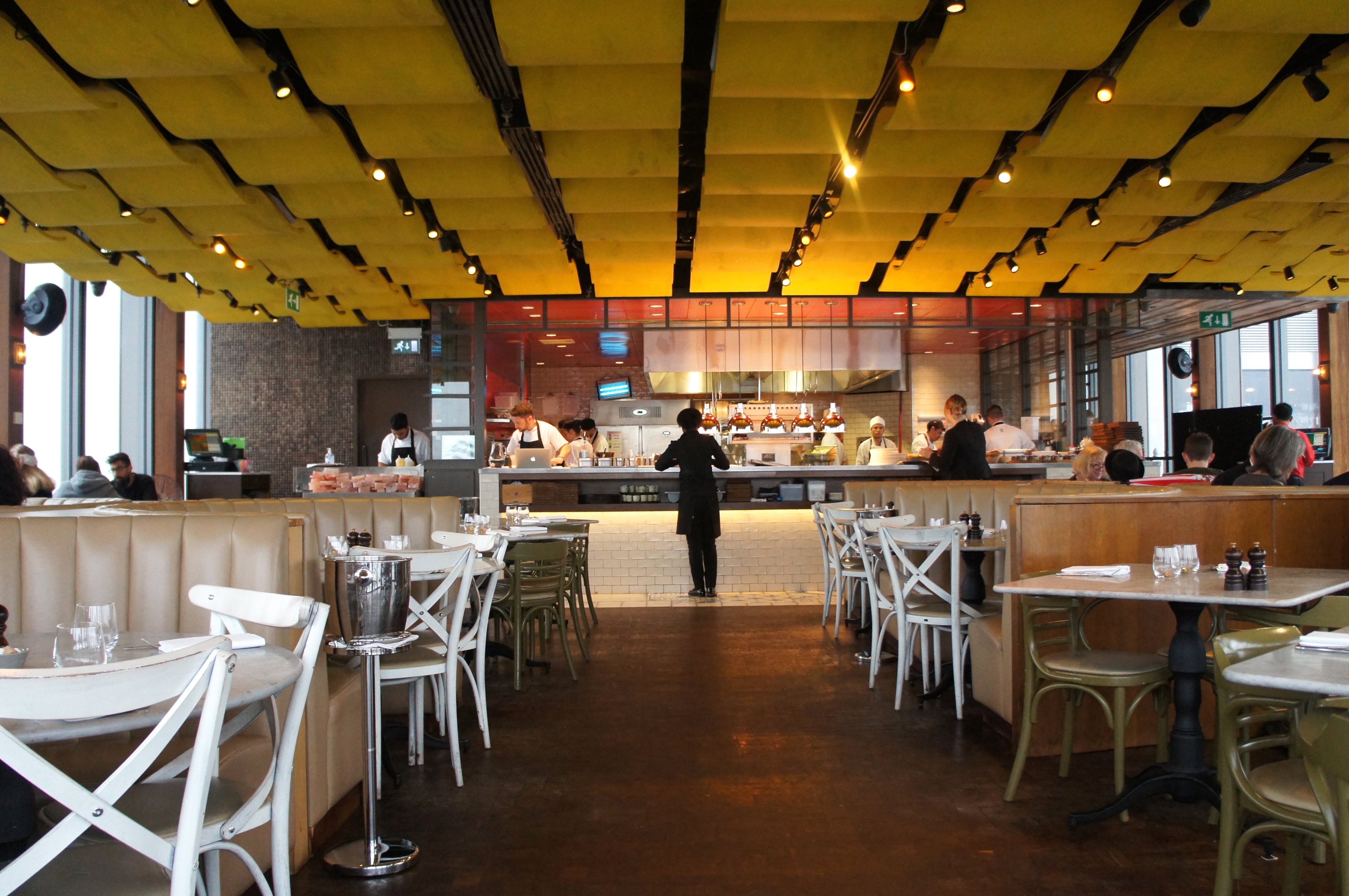 The cool, marble topped tables are evenly spaced out allowing for each guest to feel like they are sharing the experience privately but still getting to enjoy the comfort that the buzz of a busy restaurant brings 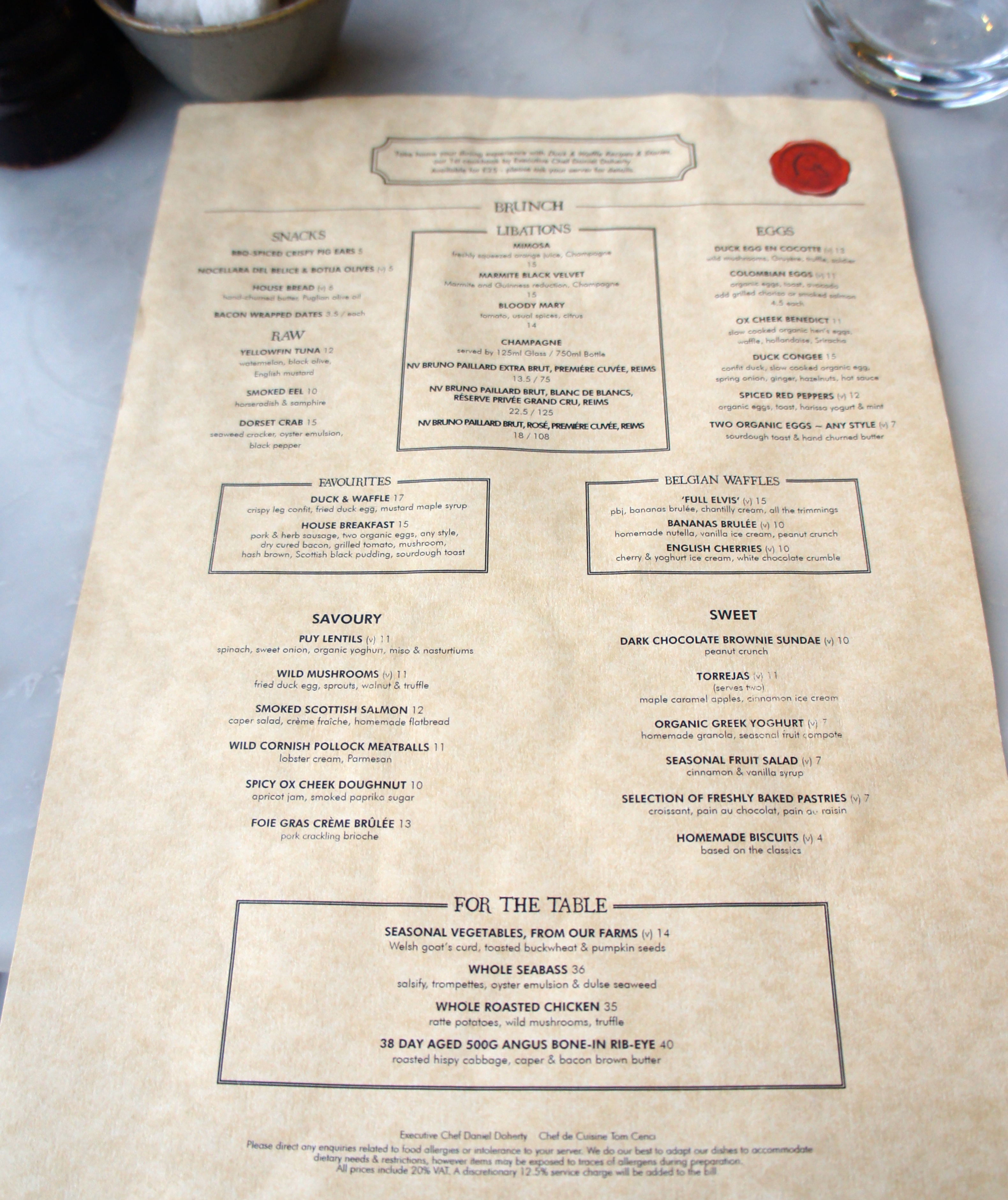 Duck and Waffle is a 24hr restaurant, they have a slightly different schedule between weekdays and weekends, so be sure to watch out for that if you’re after a specific menu! 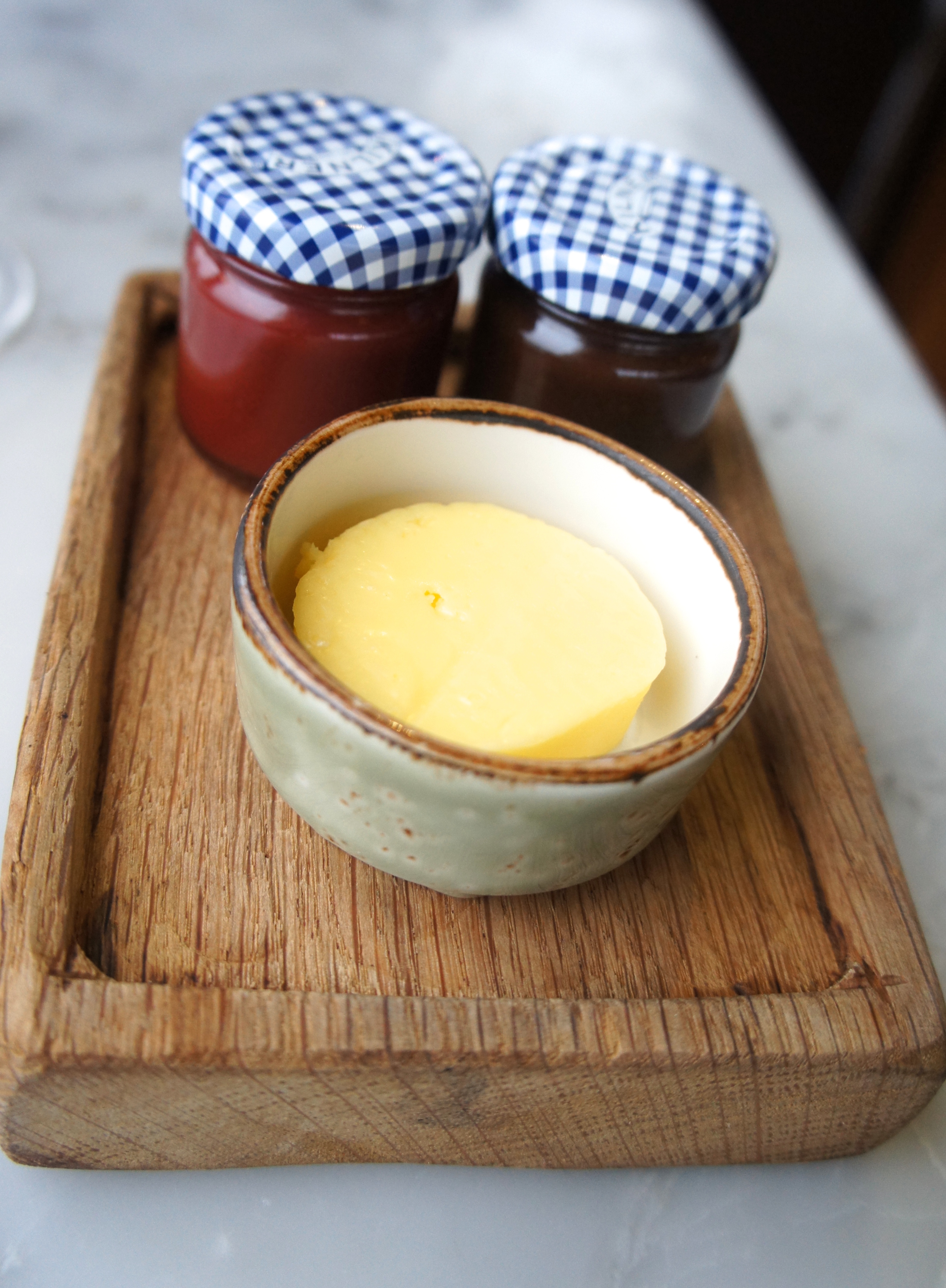 With the first bout of drizzle, so too did our food arrive 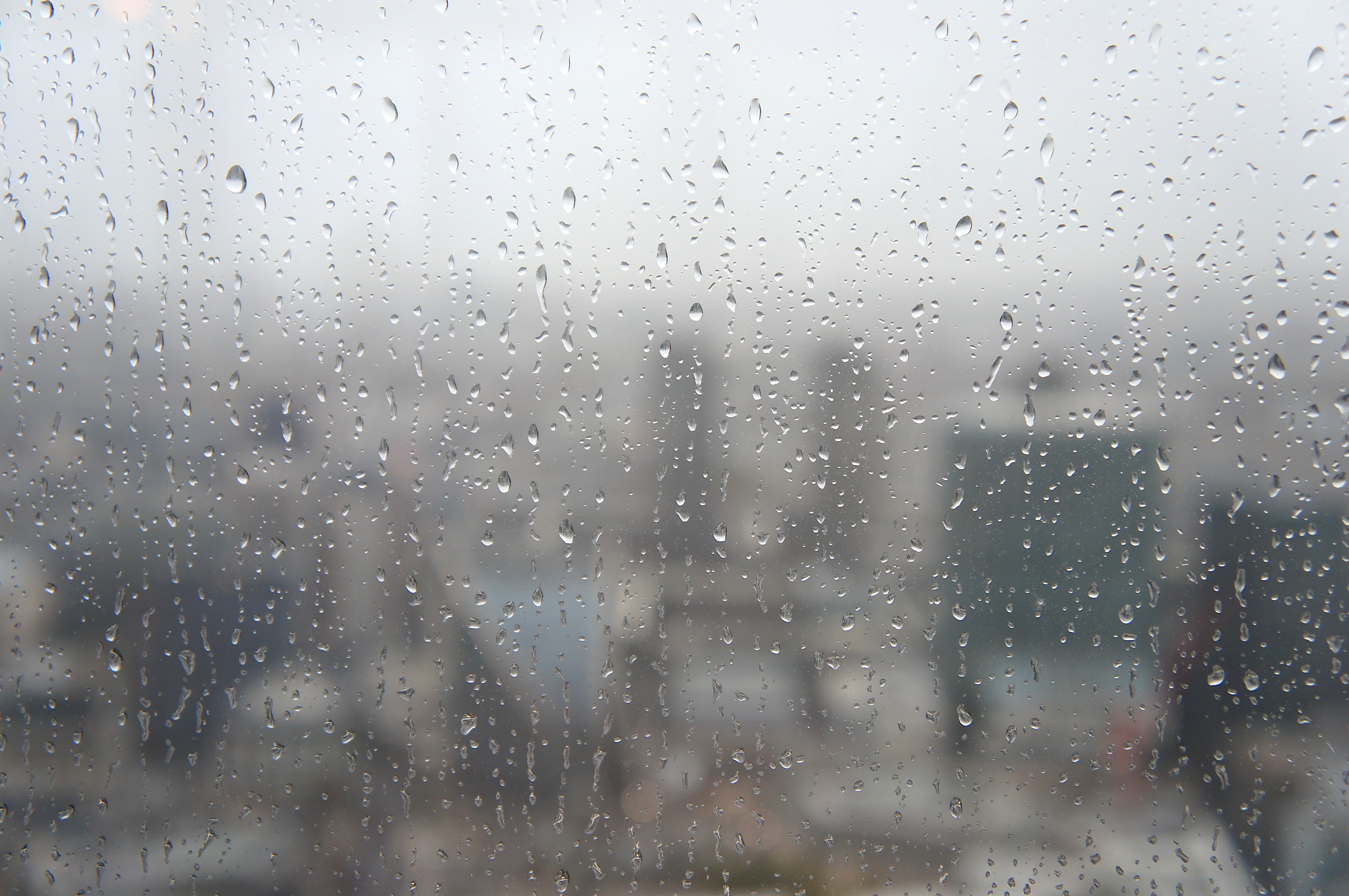 Himself got the House Breakfast, pork & herb sausage, two organic eggs poached (though you can have them any style), dry cured bacon, mushroom, hash brown, Scottish black pudding and sour dough toast. According to Himself, it ‘tasted like more’ – the highest of compliments I assure you! 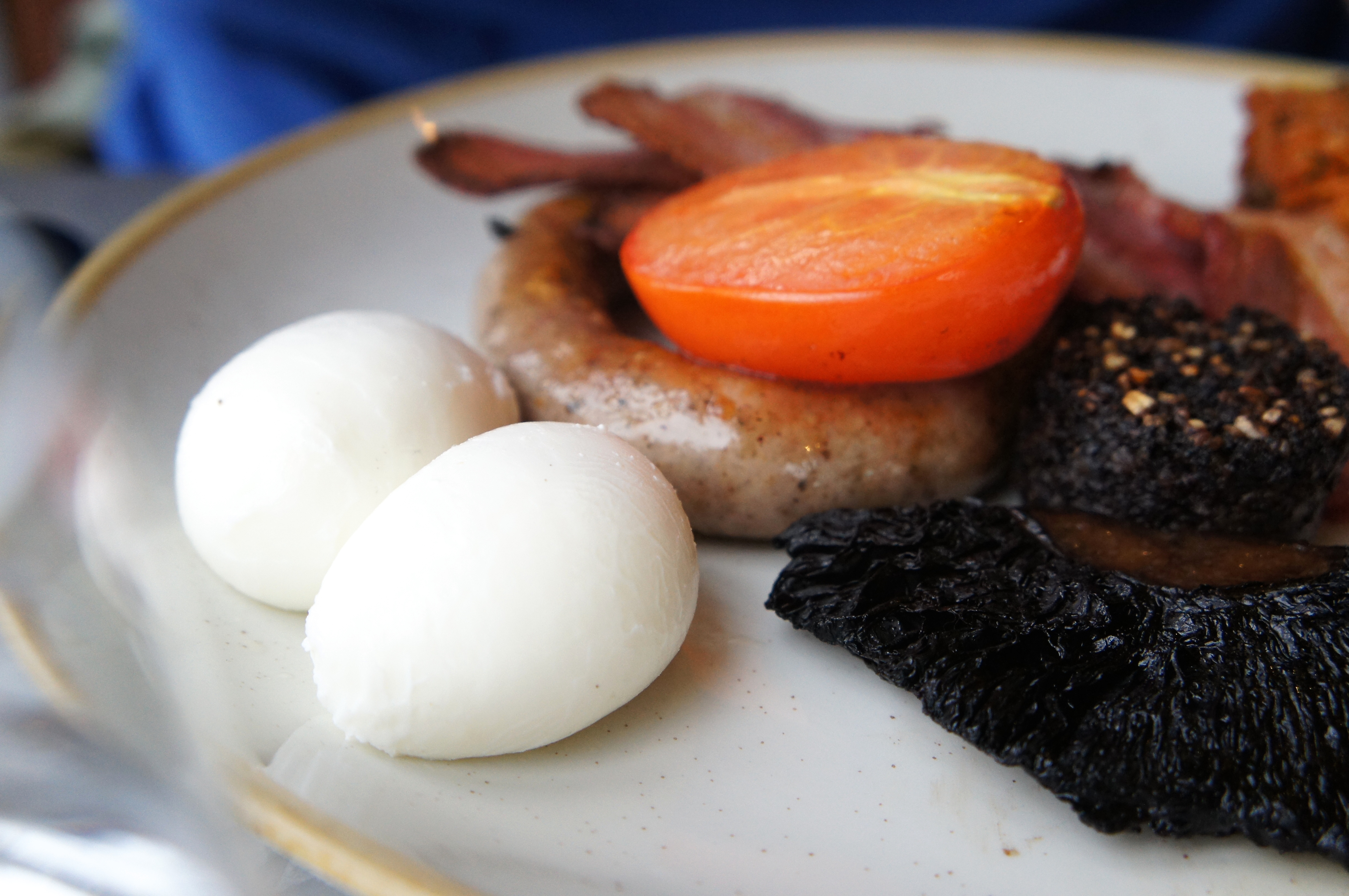 I ordered Colombian Eggs (which I had an inability to say without putting on the accent!). This included organic eggs, sourdough toast, avocado and then a choice to add grilled chorizo or smoked salmon, I went for the chorizo 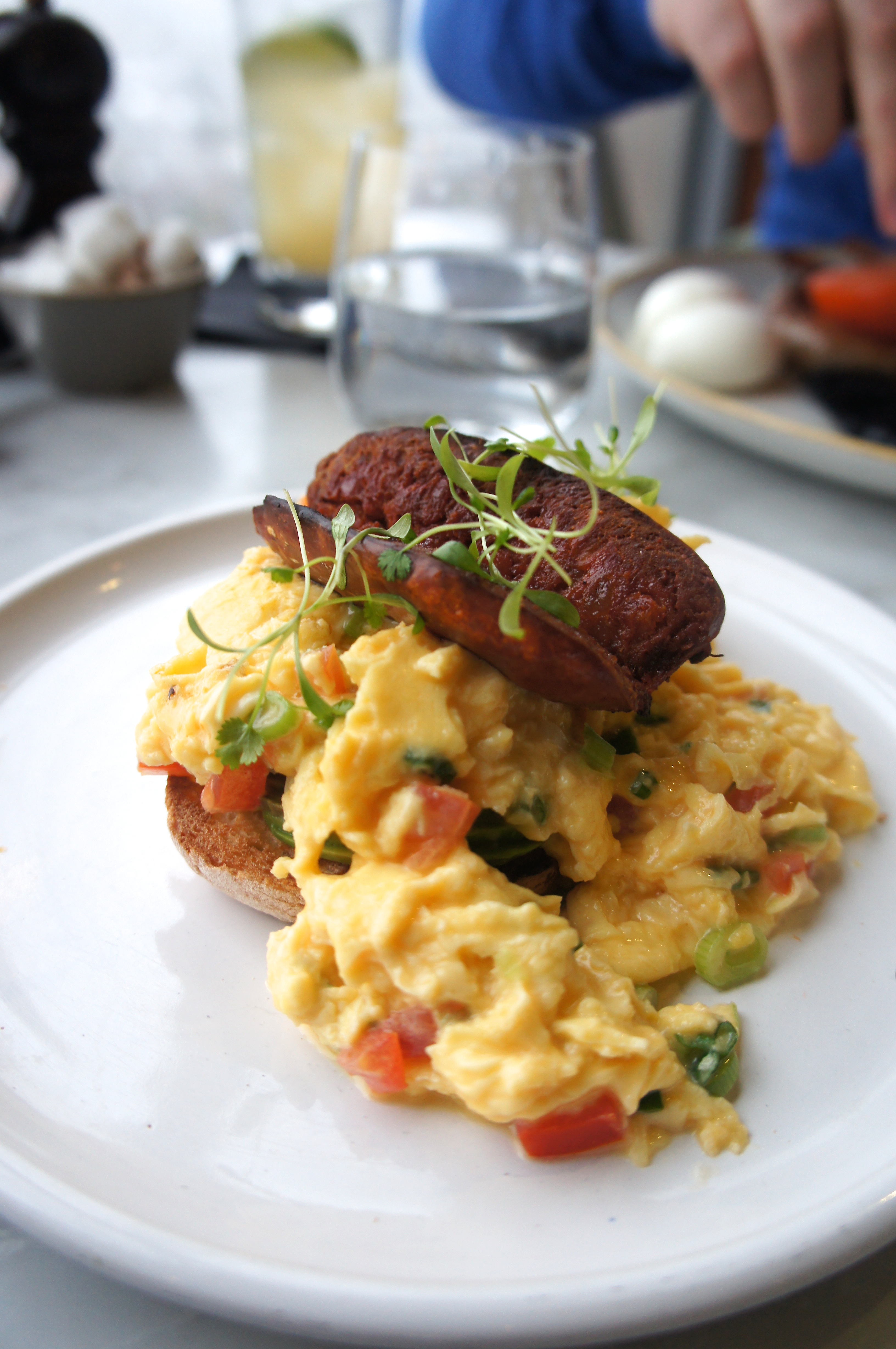 It was eggcellent (oh shush! you know I had to!) 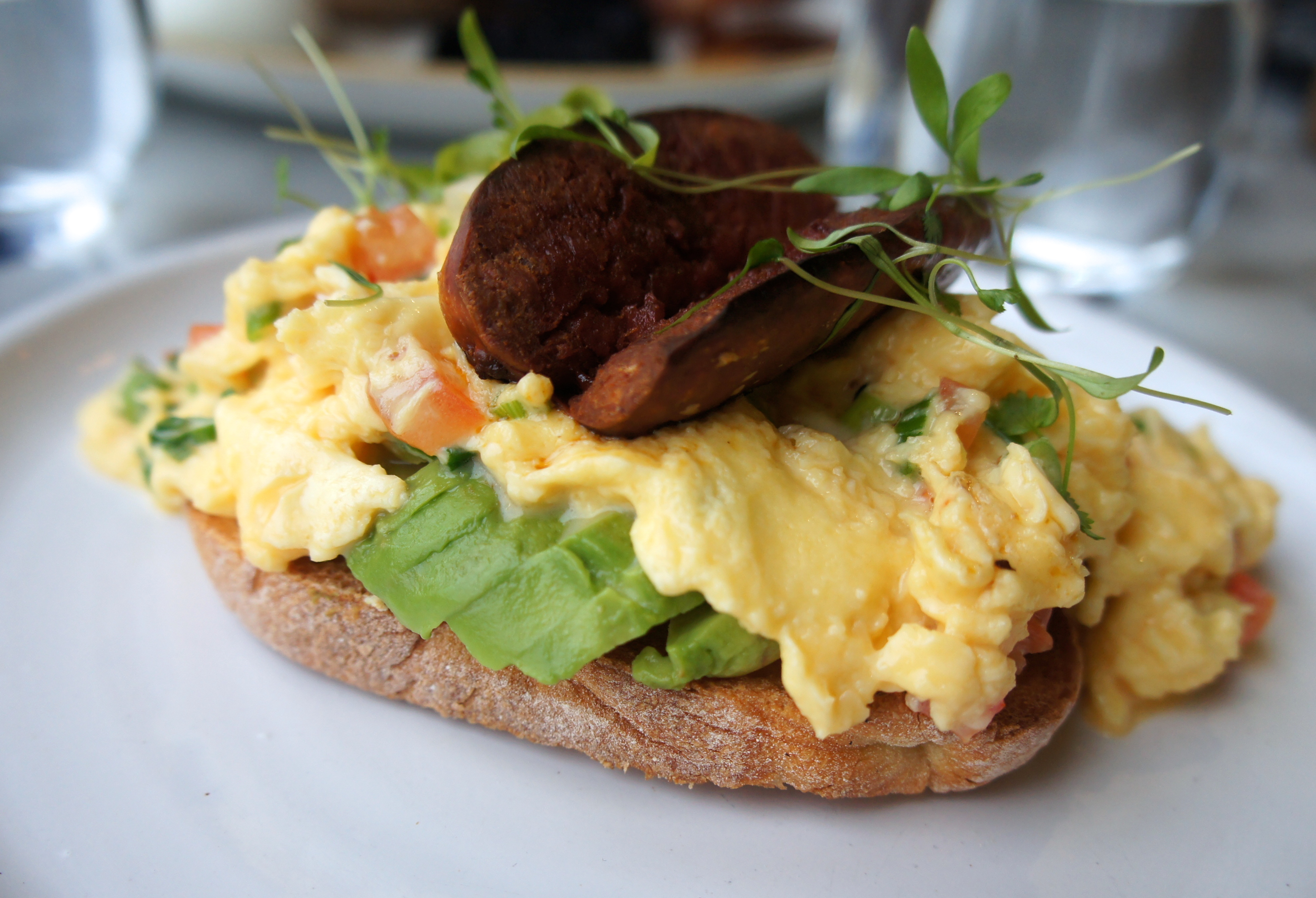 That being said, I could’ve done with a steak knife to cut through the crust of the sour dough bread, my goshie it was tough stuff – tasted good though! 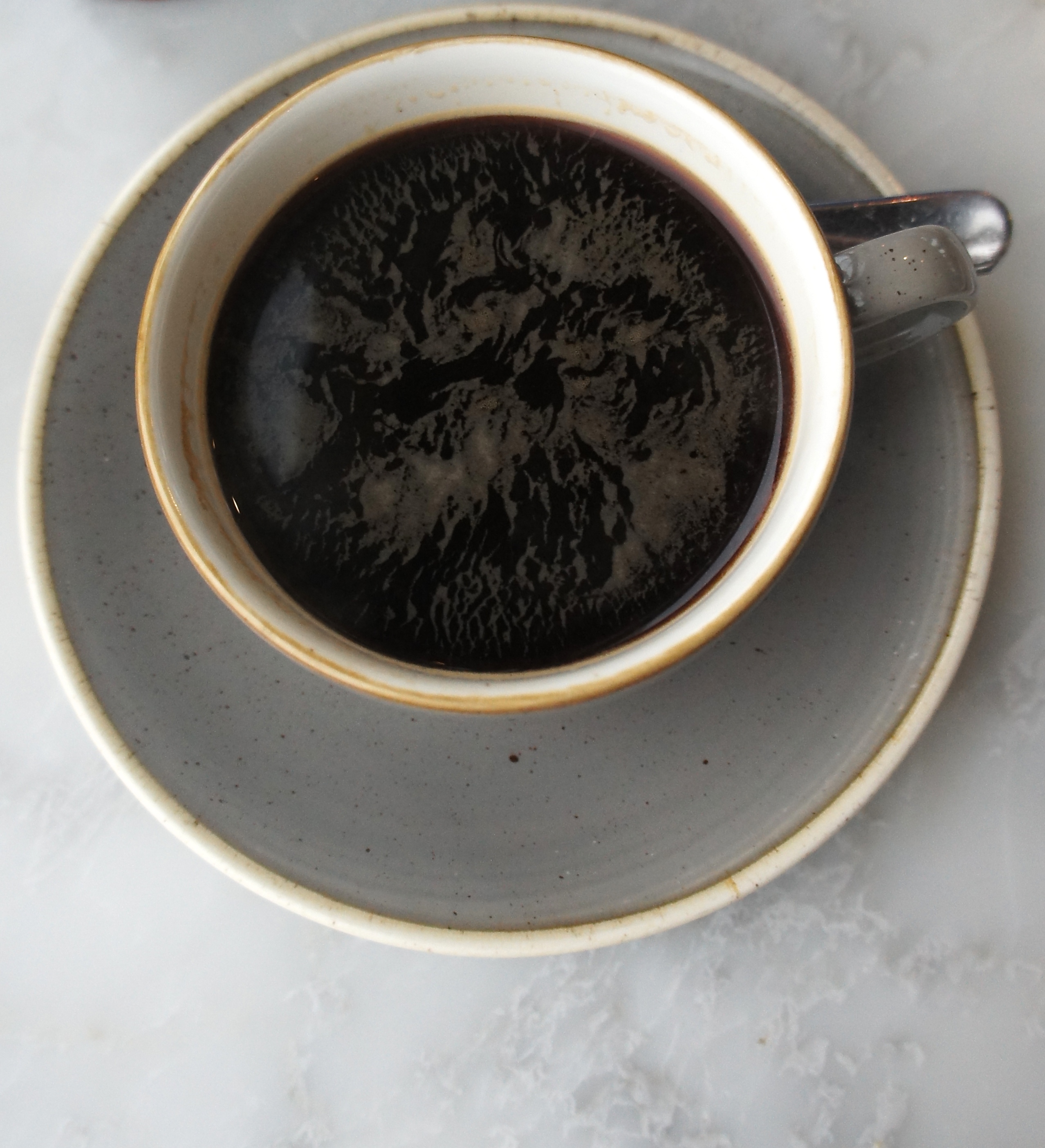 As I sipped my delicious cup of coffee, I thought back to my earlier scoffing when I  read on their website that they limit your time with them (for two people, your slot is 1hr 30mins), but I totally get it now 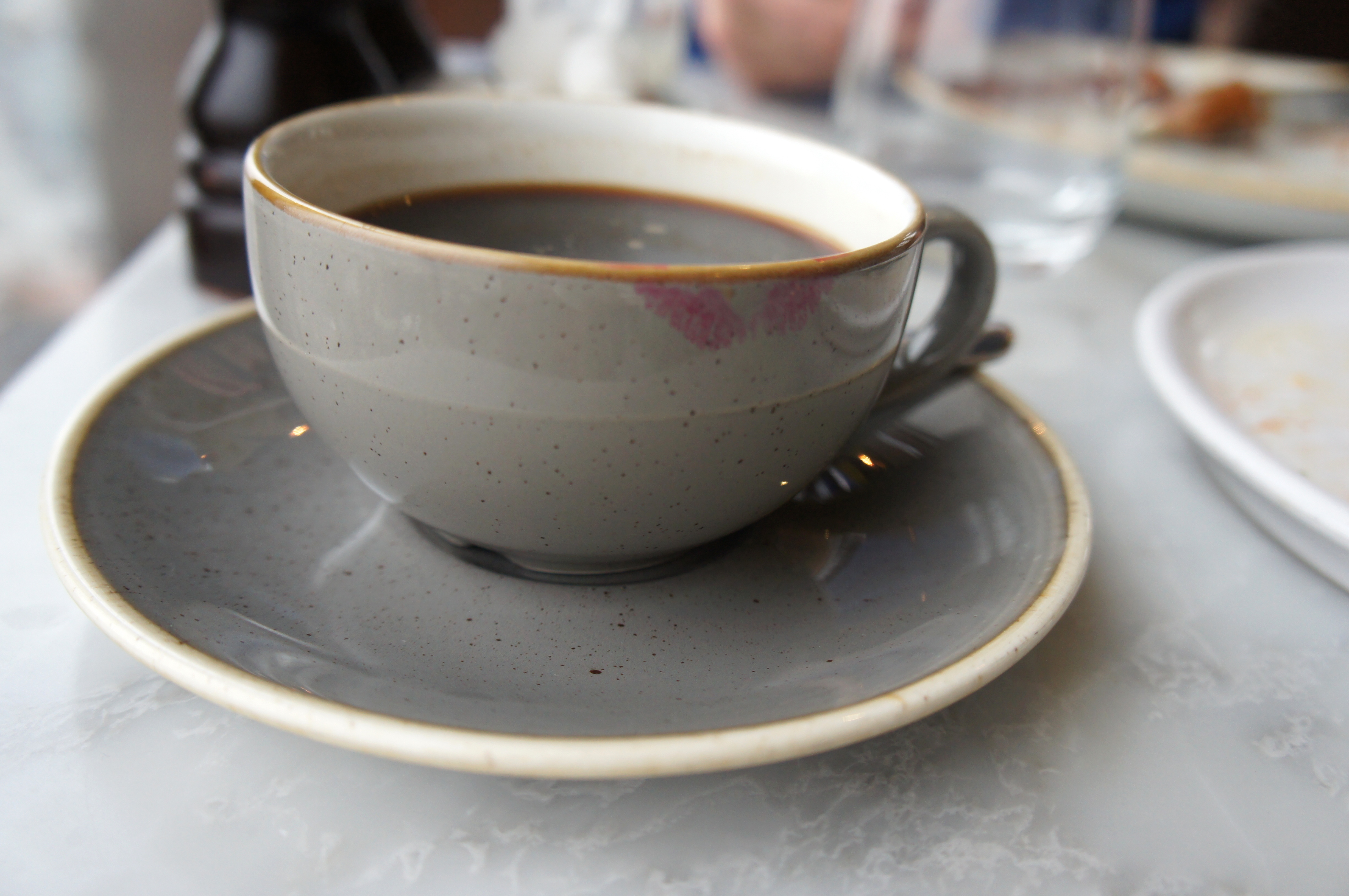 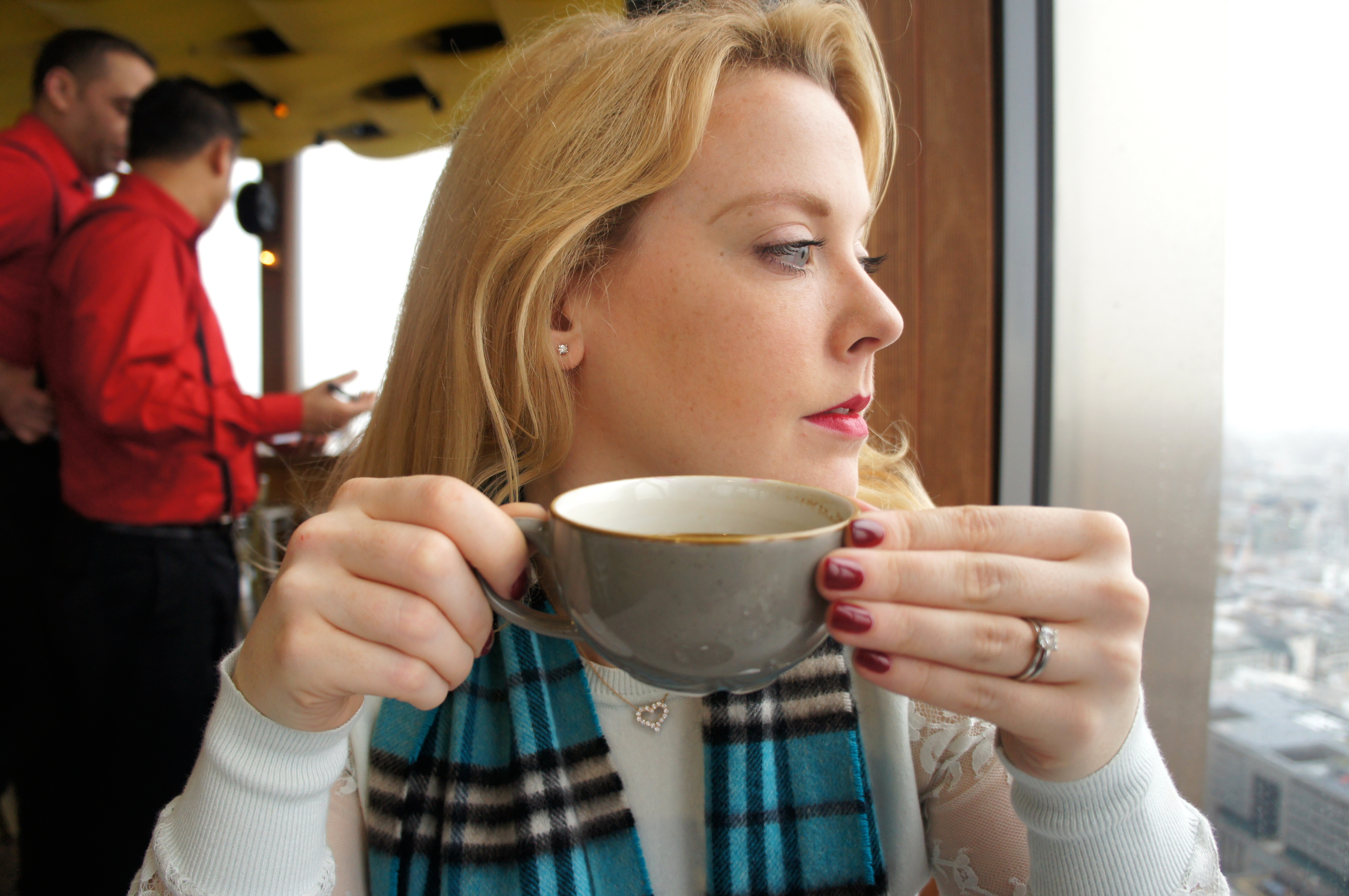 HOURS I tells ya!! 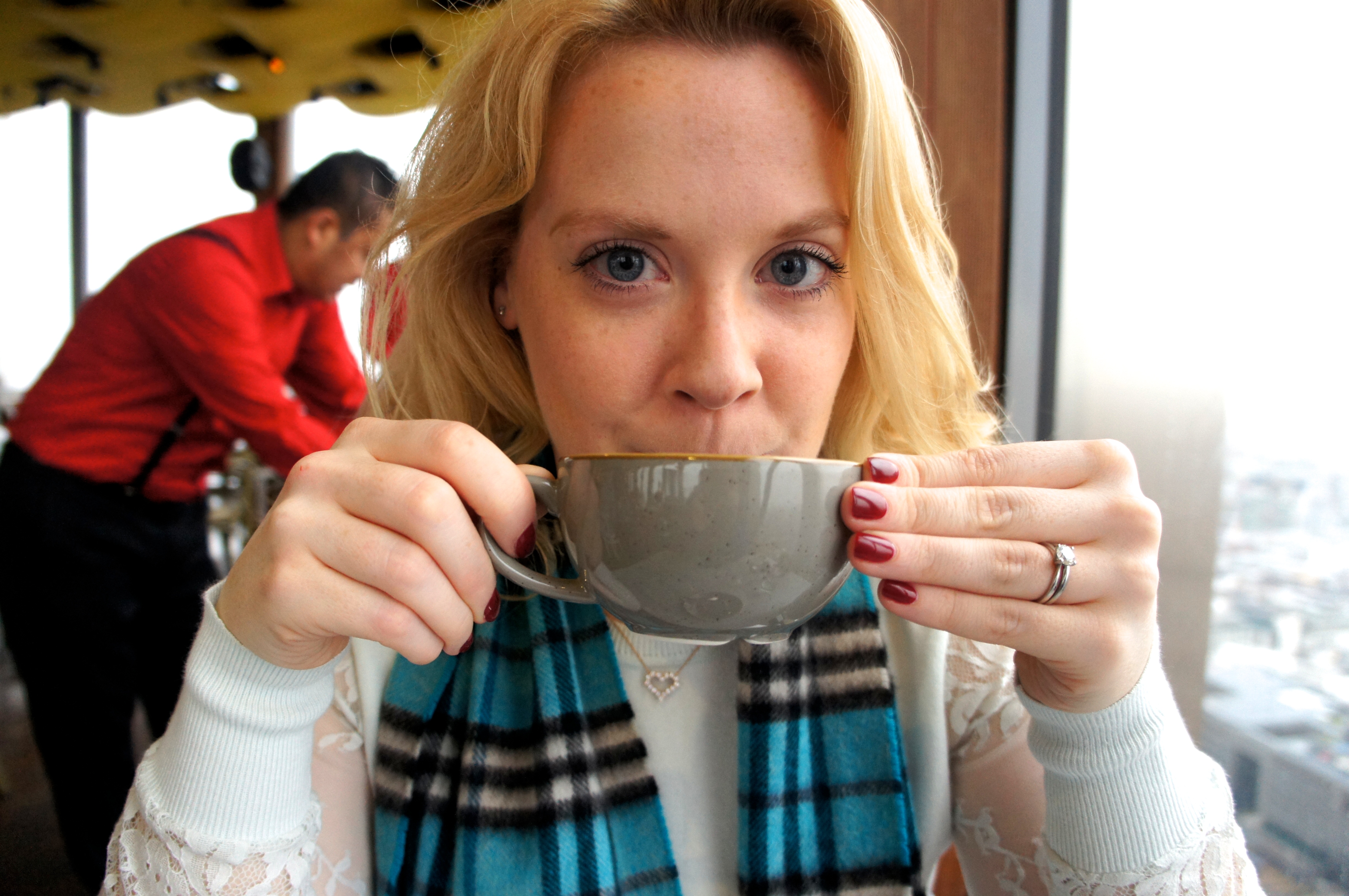 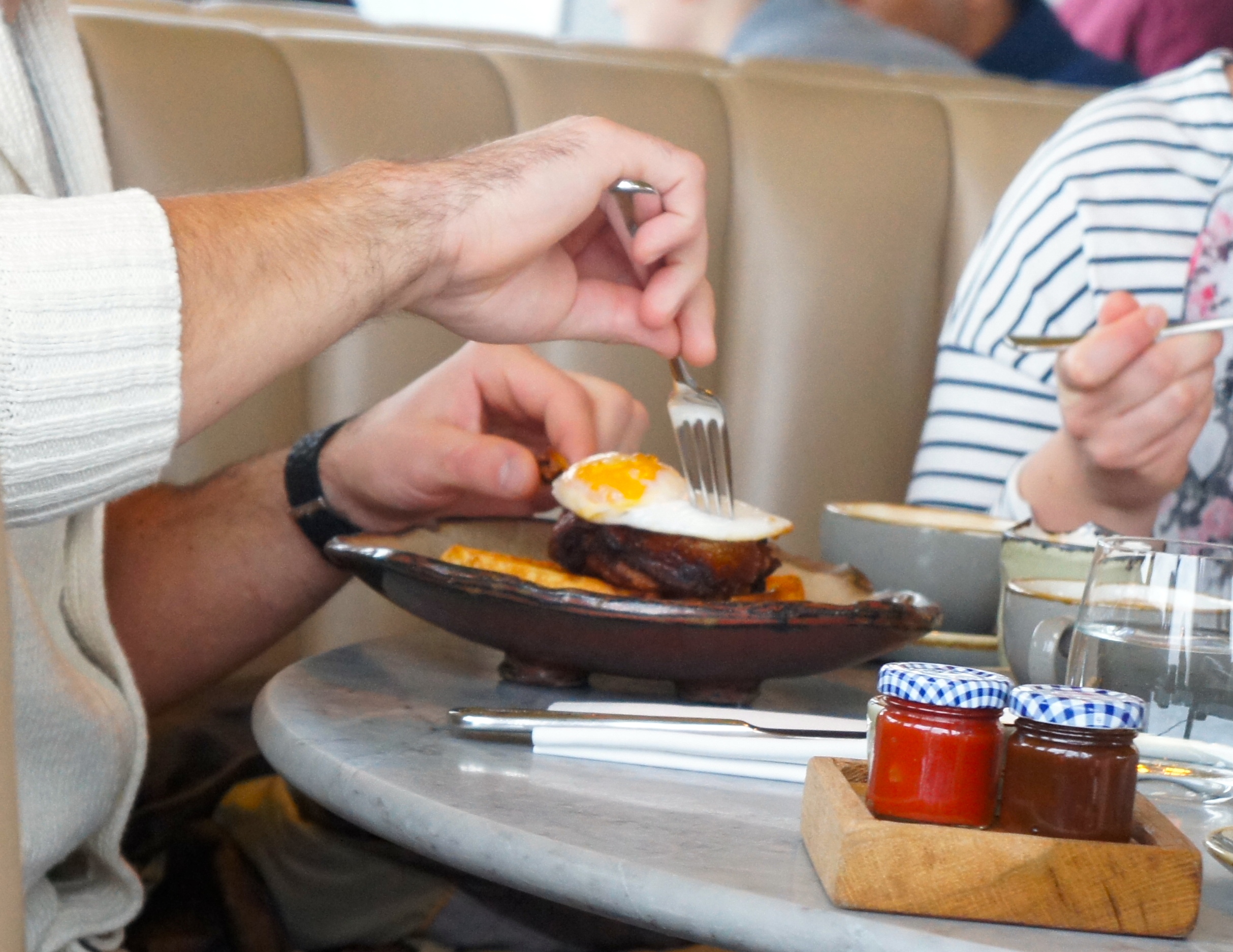 Whilst doing a spot of innocent people watching, I spied what I wanted to try next time ^ their signature dish ‘Duck & Waffle’, it looks nom! 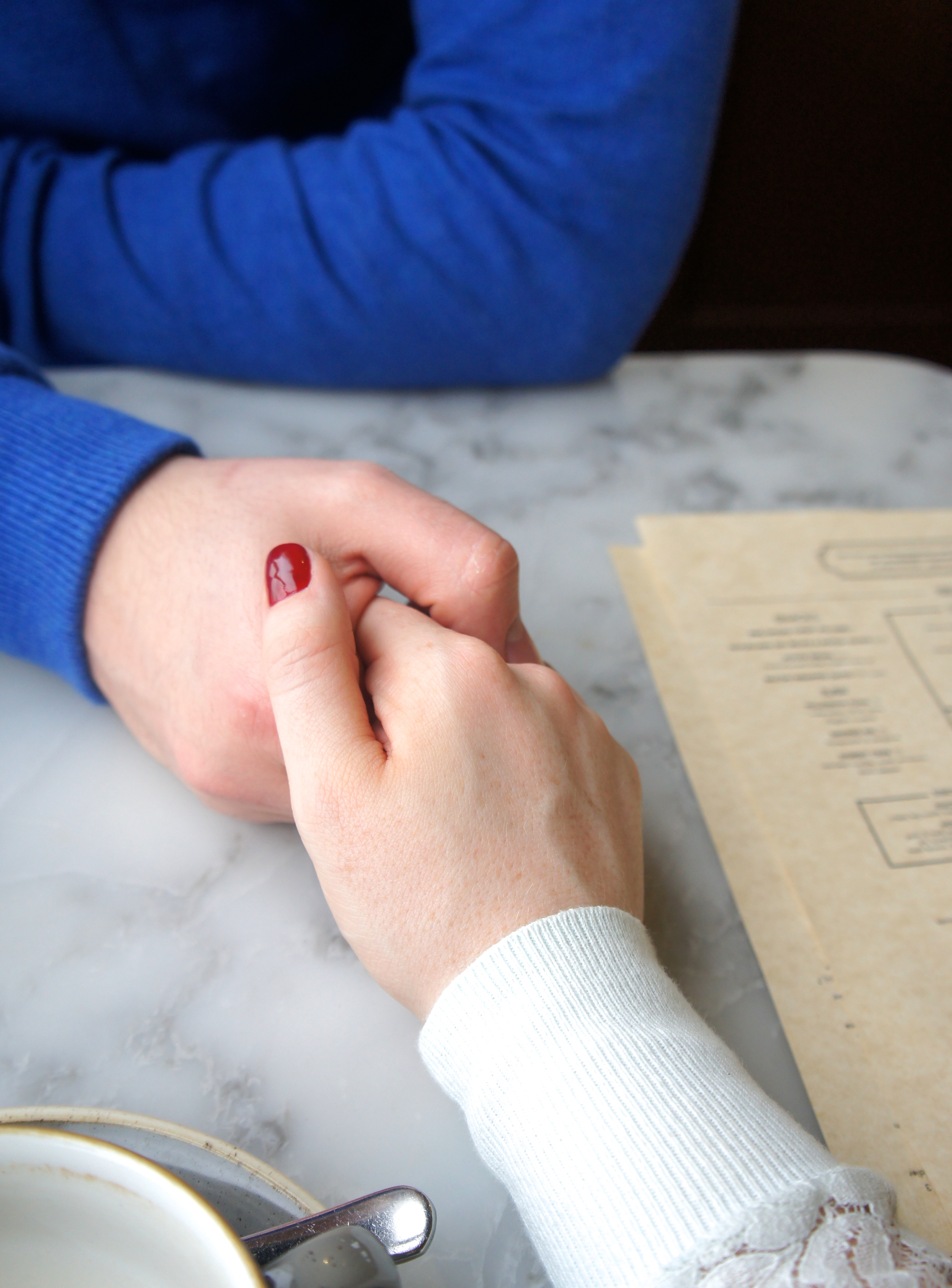 After some chat, we realised we had buckets of time left, so asked to have another gander at the menu 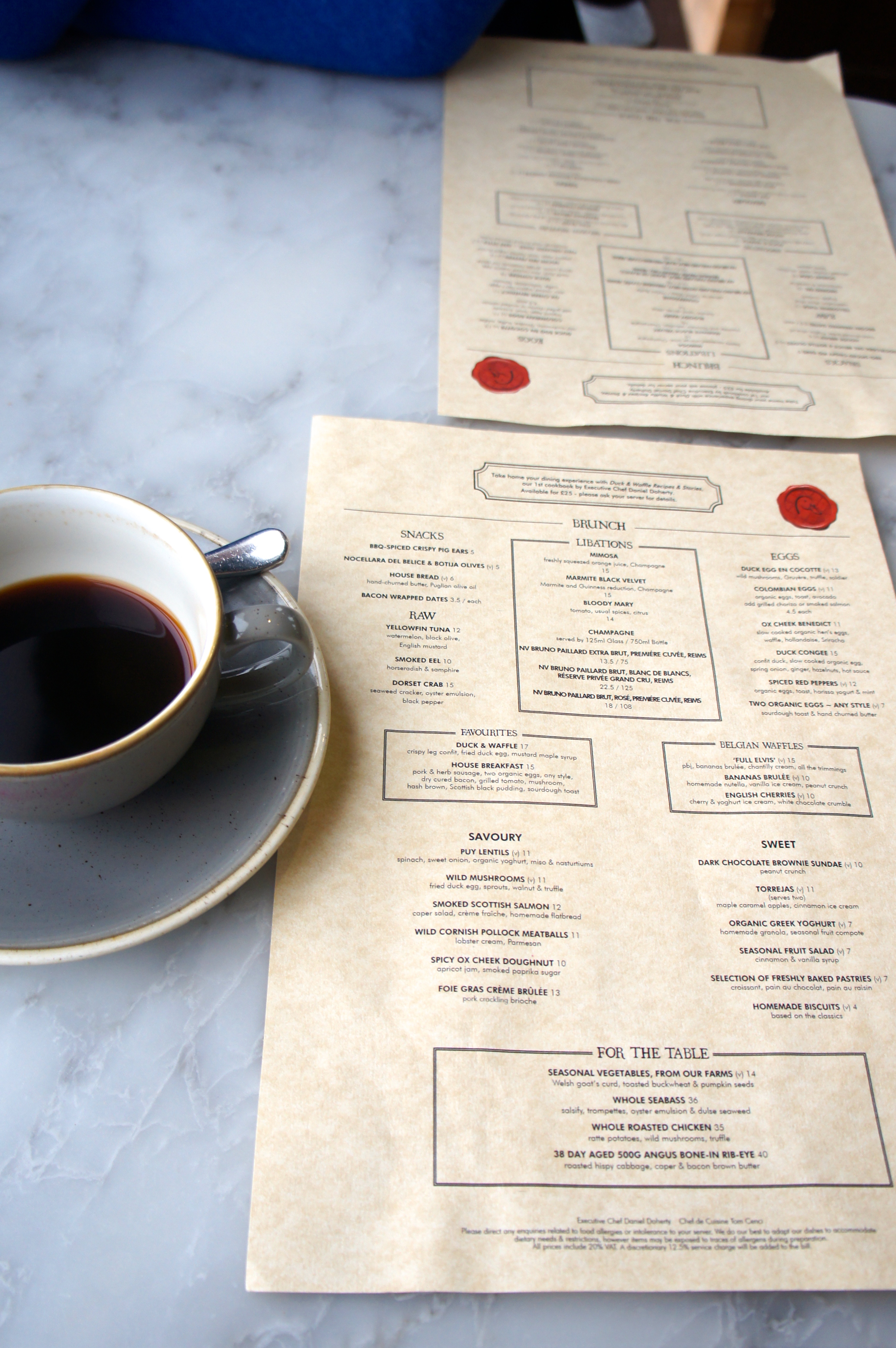 Shortly after reciving the menus again, our lovely waiter set down a bit of a treat for me.

With a flourish, he wished me a belated happy birthday, told me it was all Himself’s doing and bounced off merrily 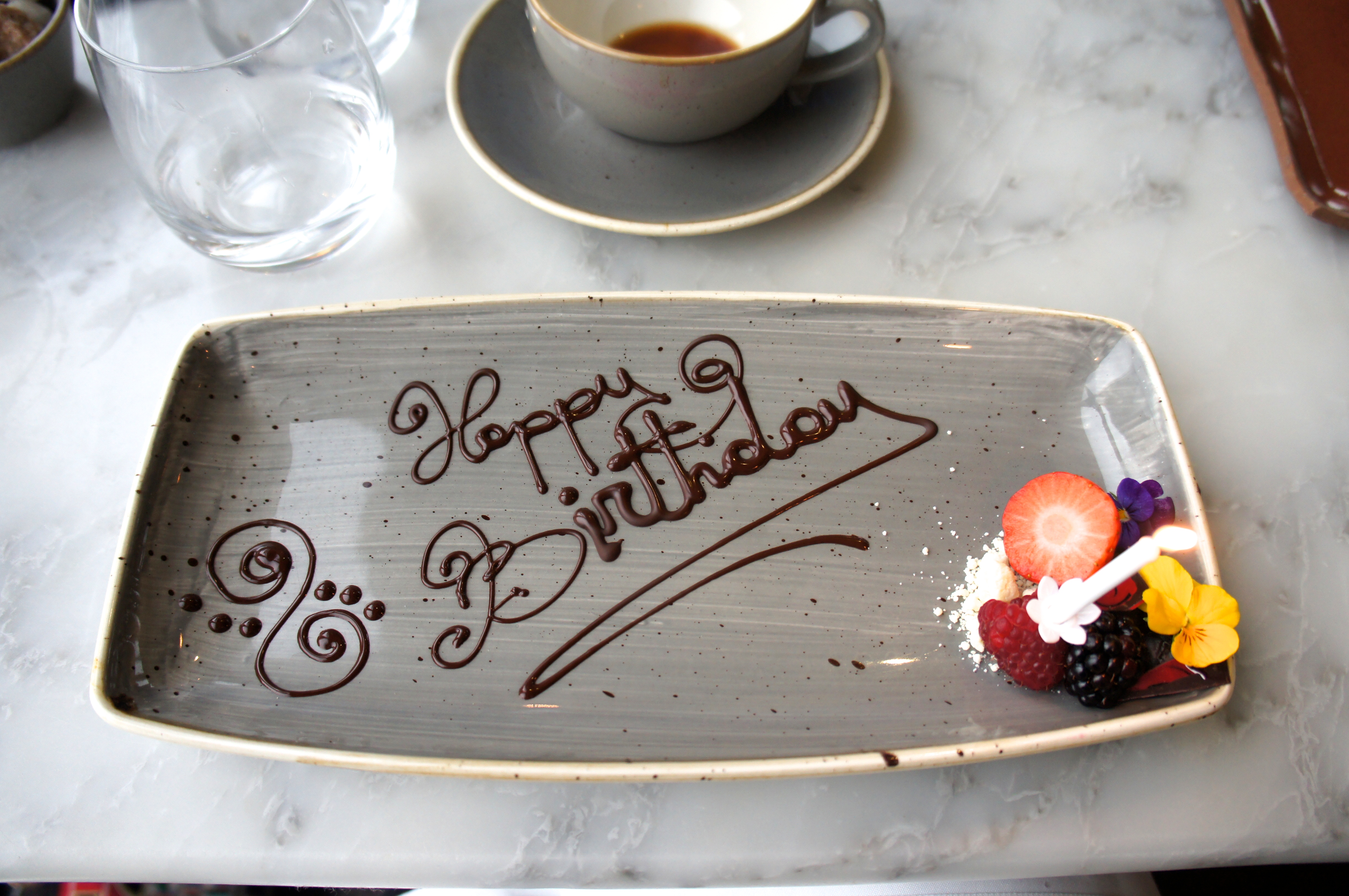 Even though my birthday was in September (when we originally made the booking), I had absolutely no issue with enjoying the birthday extension and I won’t lie to you lovely readers, this isn’t even the longest I’ve stretched it out before! 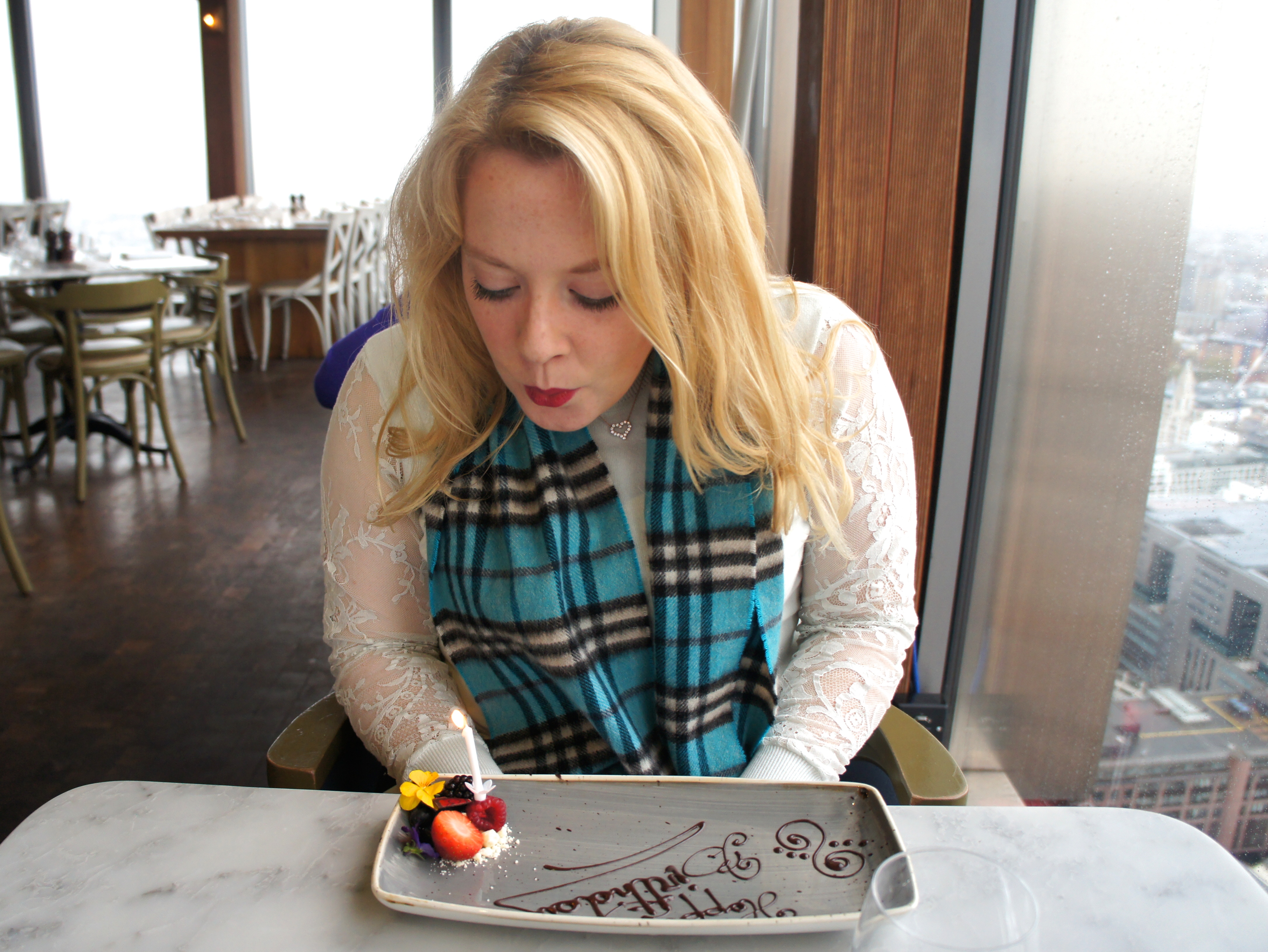 We ordered another couple of drinks and watched as an old steam tractor wound its way lazily through the city (slowly but surely backing up the traffic!) 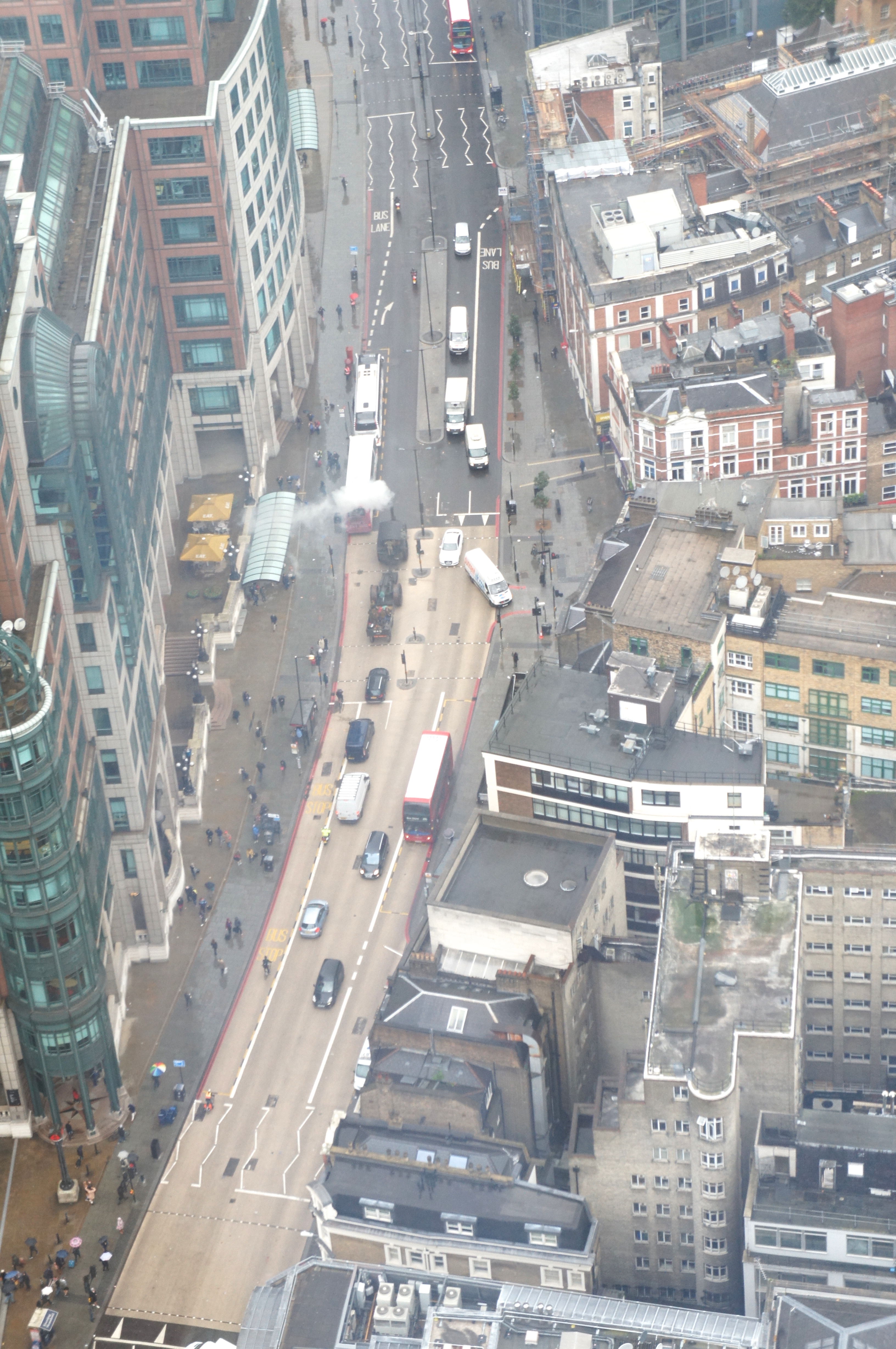 We got our drinks and, feeling a bit daring, we decided to take the plunge and order something that neither one of us had ever tried before – pigs ears

I KNOW! But stay with me 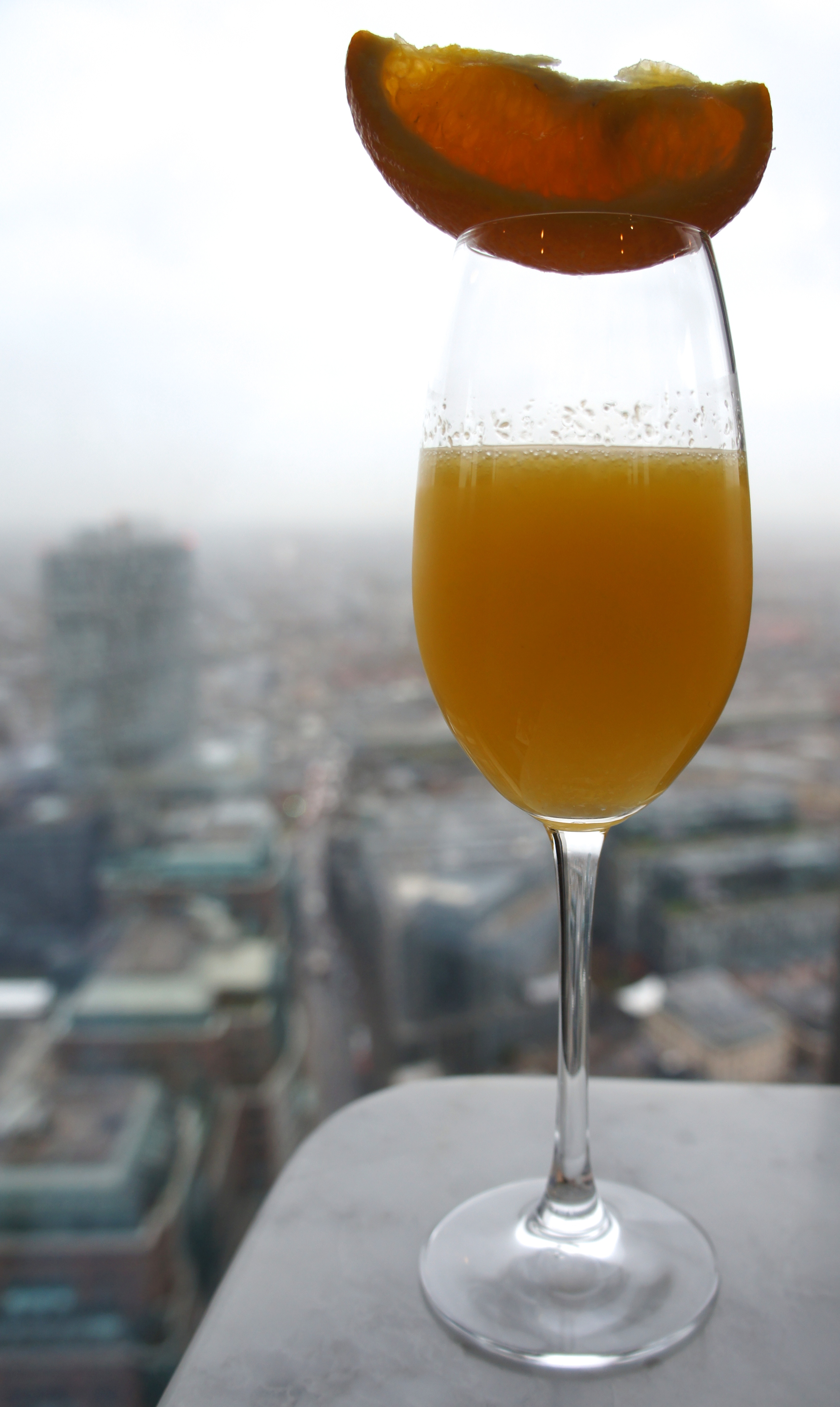 Arriving in a wax sealed brown paper bag, you’re instantly drawn and while I know many of you with doggies will think this is a snack solely for them, you are, dear friends, mistaken 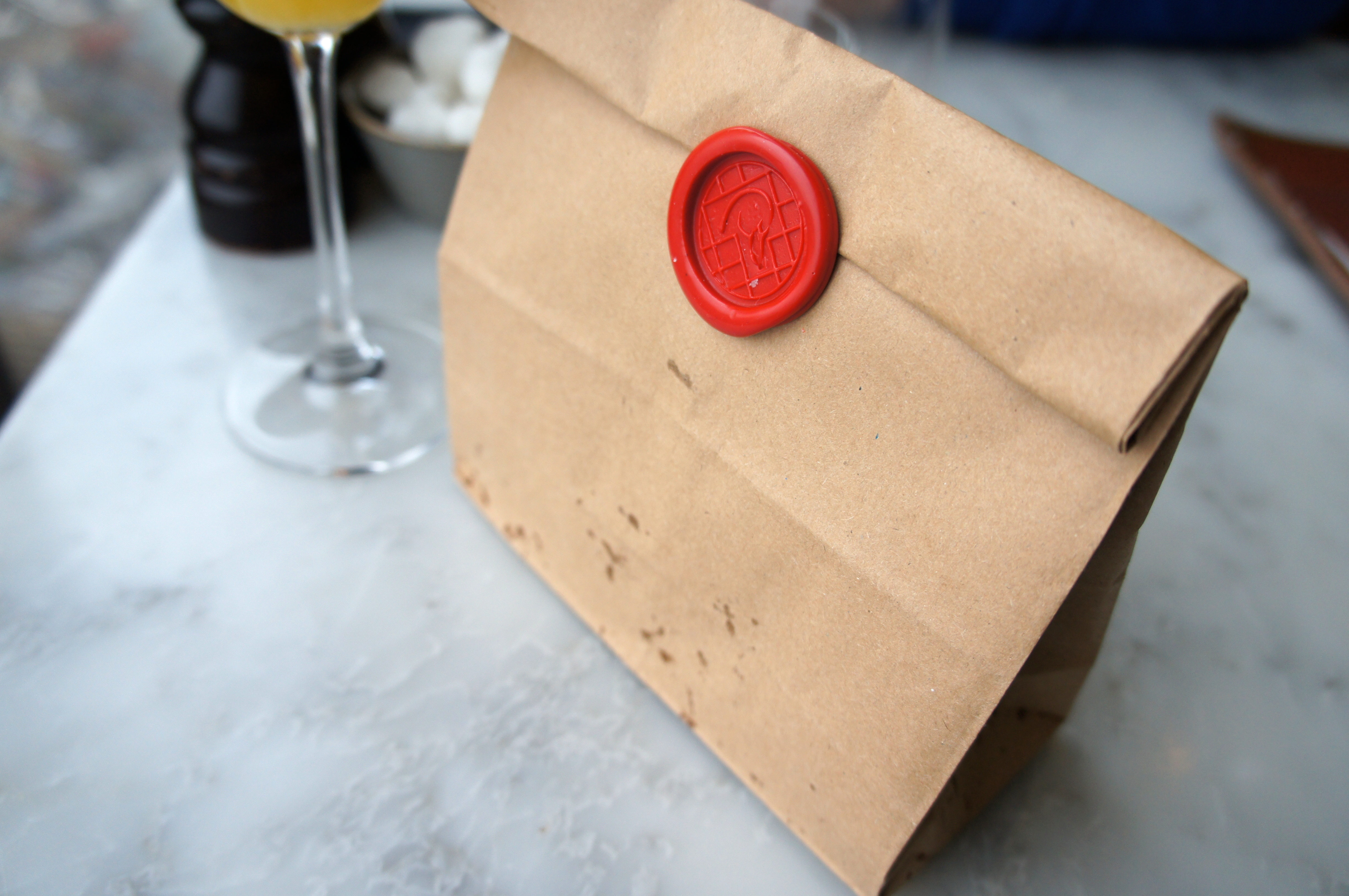 With trepidation I watched as Himself opened the bag, put a hand in and pluck out – some very none threatening chip looking entities!! 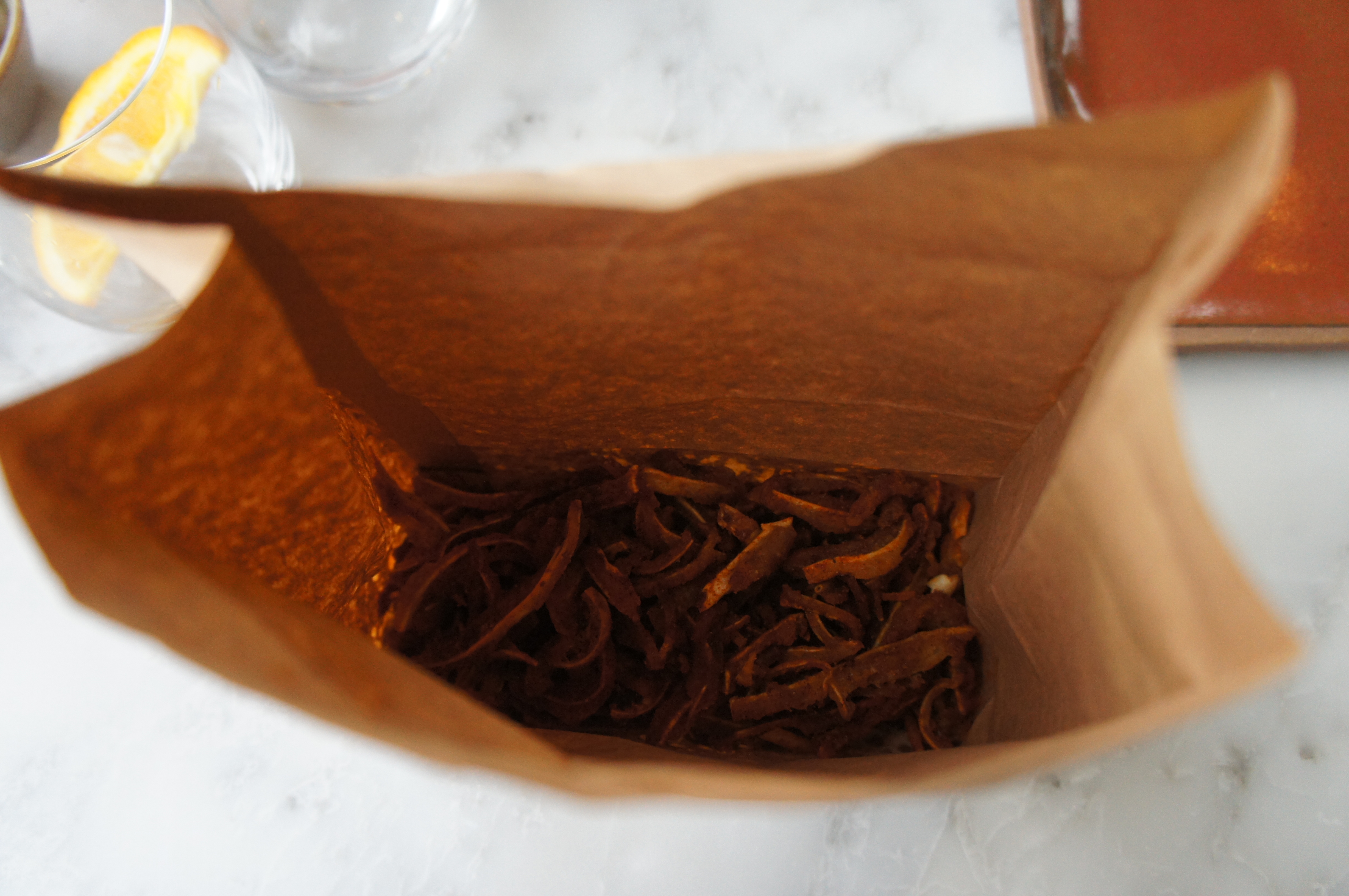 We tucked in and I am delighted to report that they were so tasty! Deliciously crispy with a spicy BBQ flavour all shredded up and perfect for sharing (although trust me you won’t really want to!) 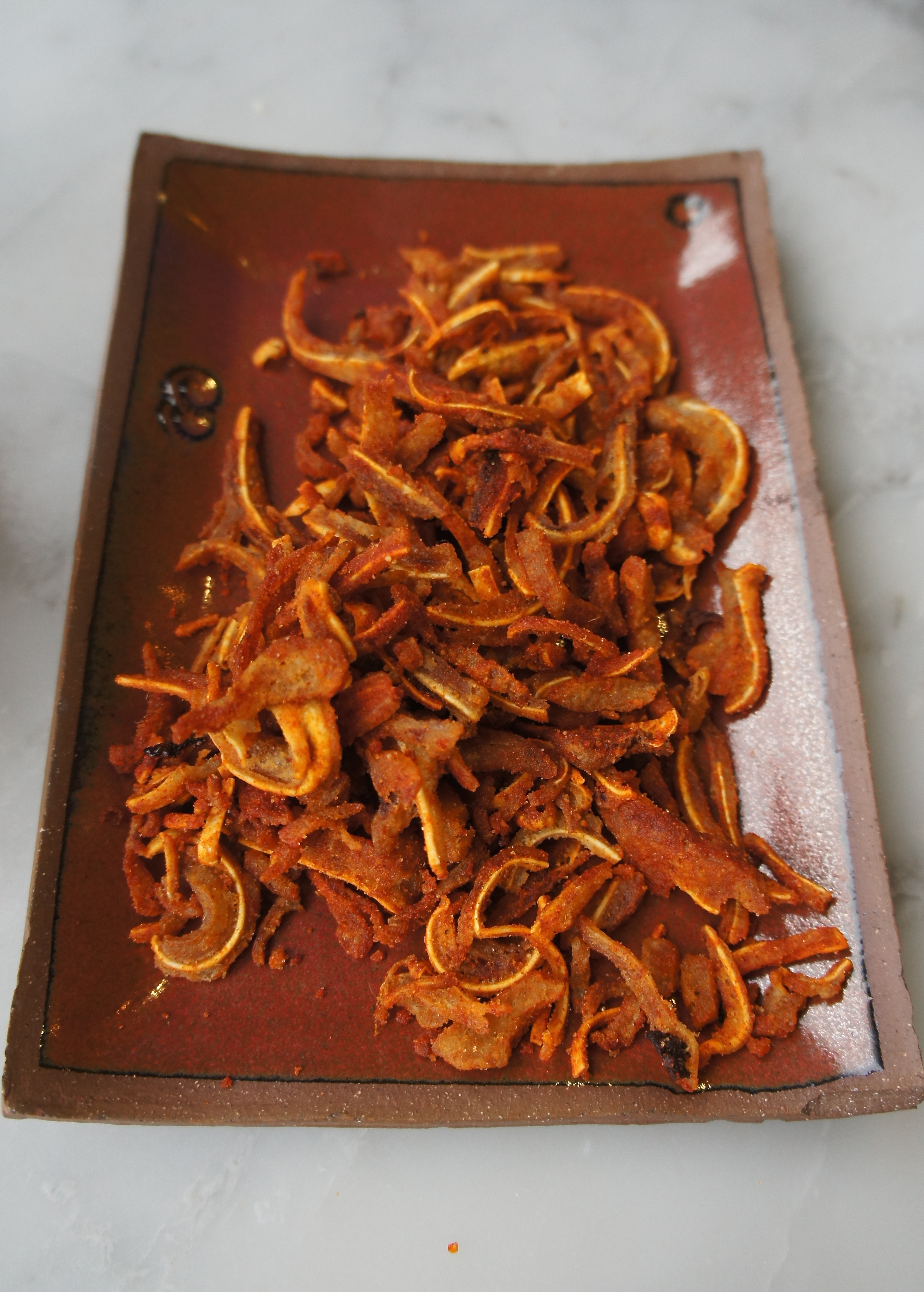 Not a morsel was left behind – I do so love it when taking a foodie leap ends up working out! 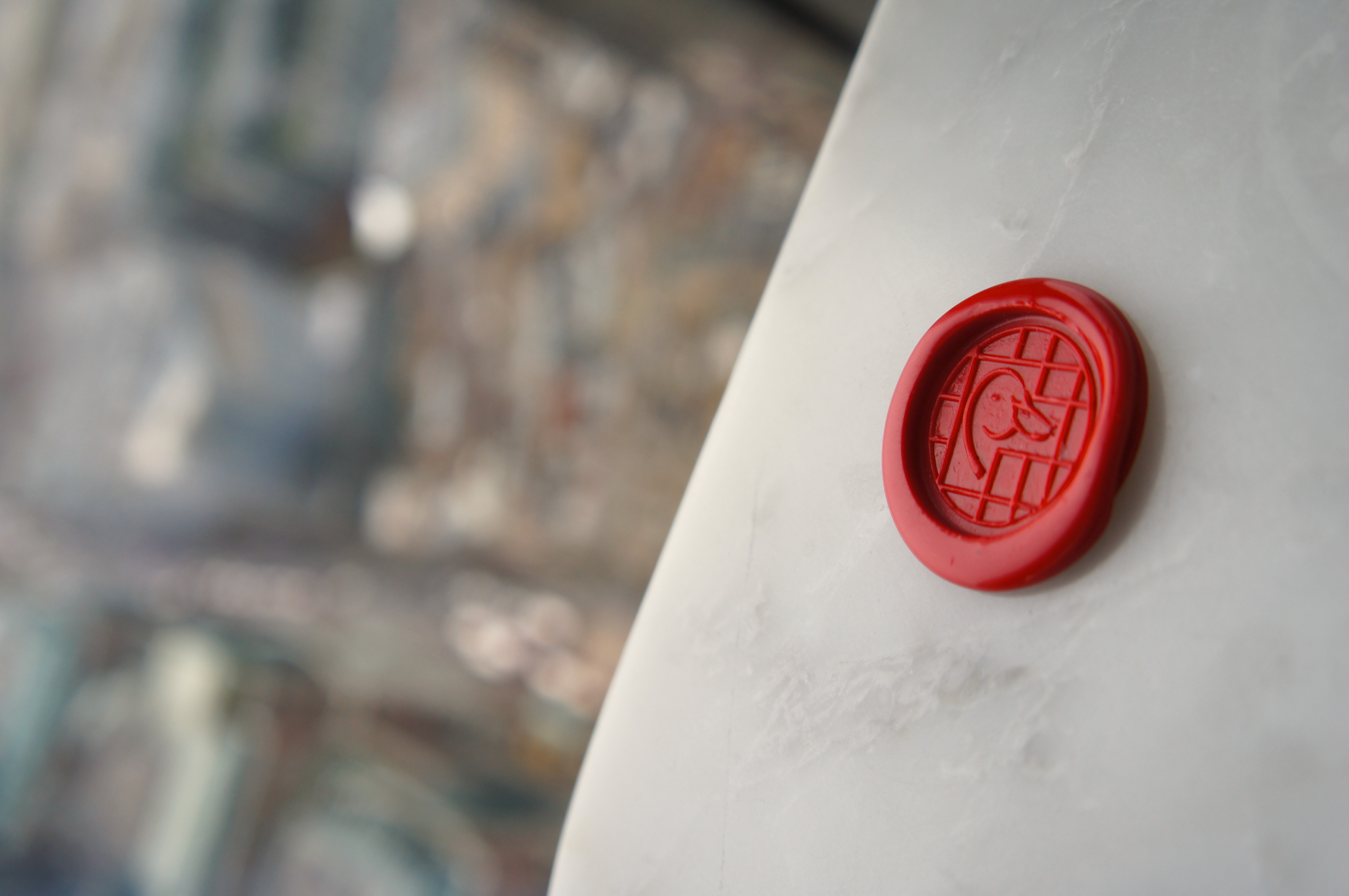 In agreement that there should be many more Duck and Waffle visits in our future, we decided it was time to give up our prime real estate. So we slung on our coats and with a flash of red in my wake, said our thank yous and goodbyes – but only until the next time! 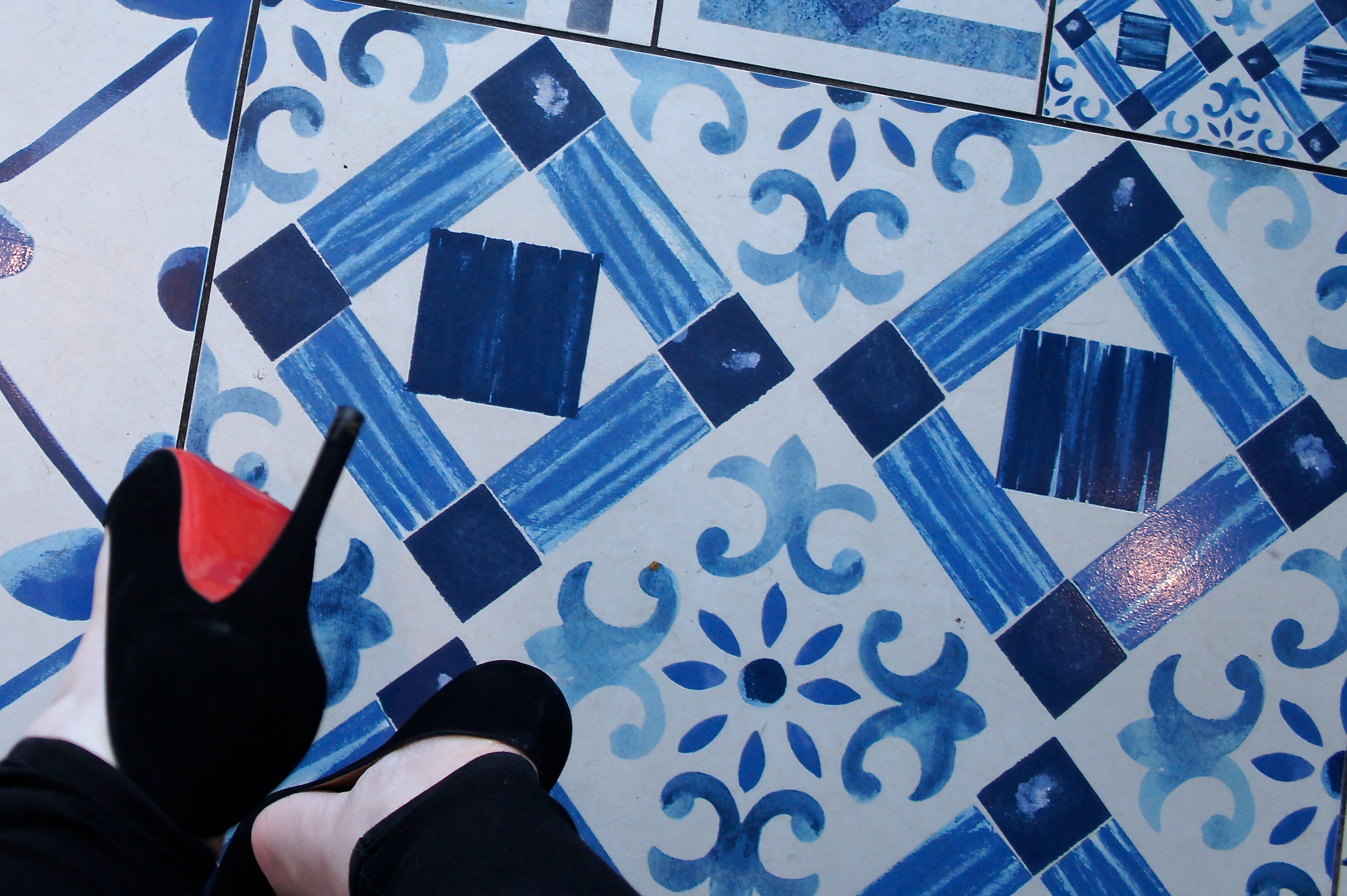