Sadly Ireland have taken their final bow in the competition, but before they did, I had the pleasure of attending two of their matches 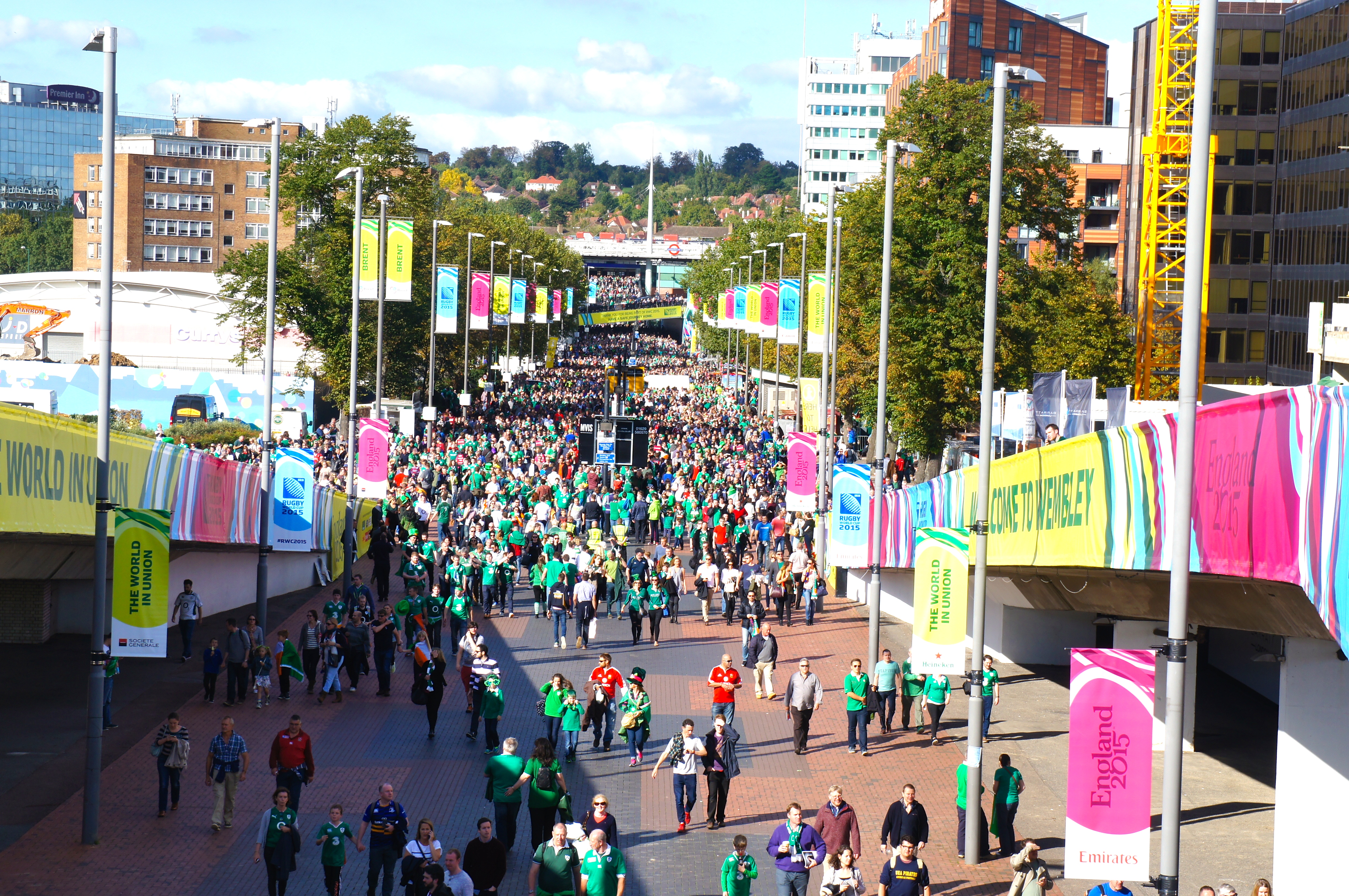 First up, was Ireland v Romania, Himself and I headed out to Wembley Stadium donning our green jerseys (his very old, mine, very new).

With every tube stop more and more Irish supporters were joining the fold and by the time we got to Wembley Station, the atmosphere was positively fizzy!

Himself has been to the stadium before, so even though we were being pointed one way, the pair of us ducked out a lesser known side exit which gave us a great view of our fellow supporters spilling out the main exit in the glorious sunshine 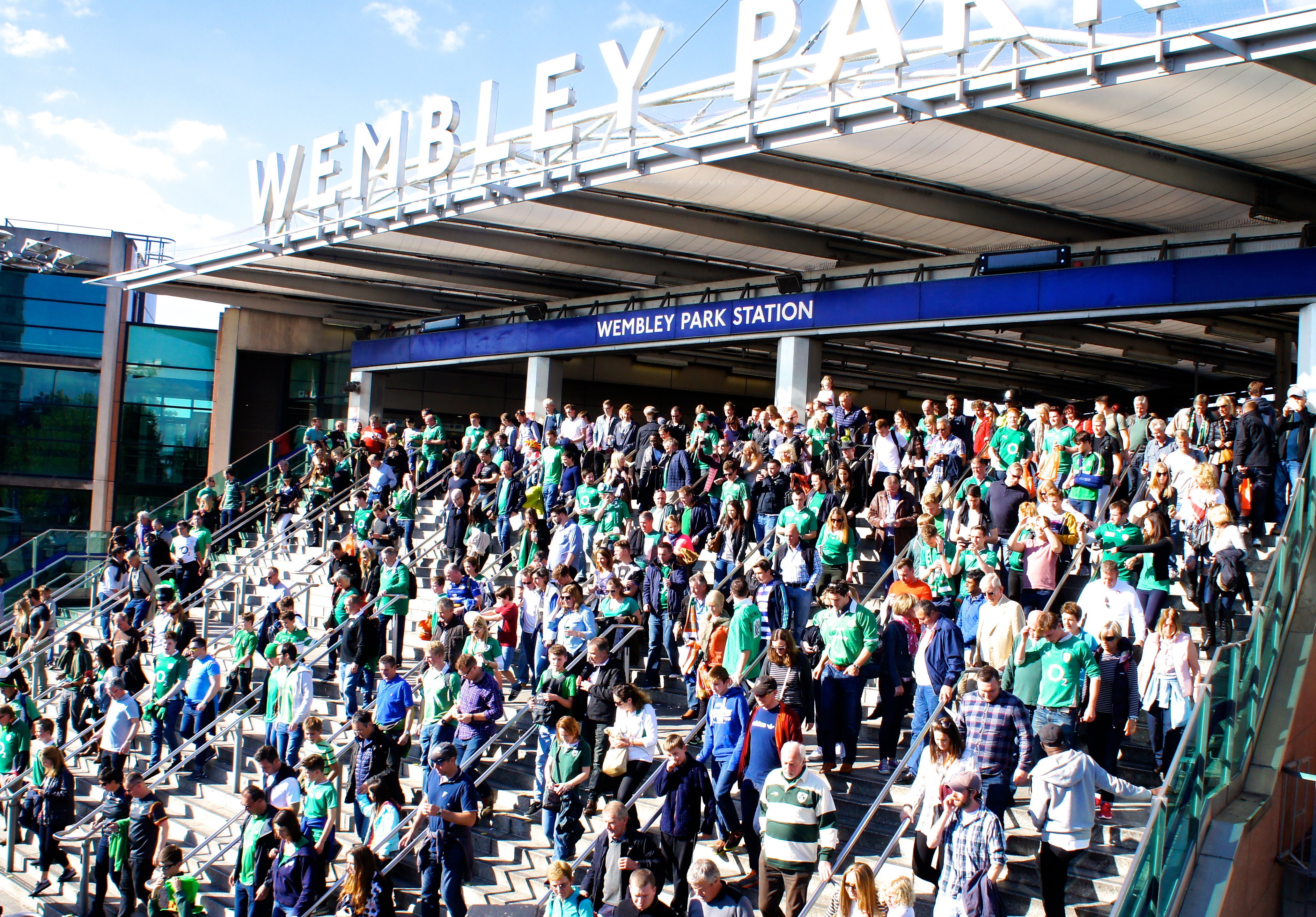 Like a schooling, we were swept up in the natural current of supporters and before we knew it, we were heading into the stadium itself (we had a look at the “supporters village” and decided to give it a miss as it was insanely overcrowded and didn’t look overly appealing as everyone there was packed into a carpark….!) 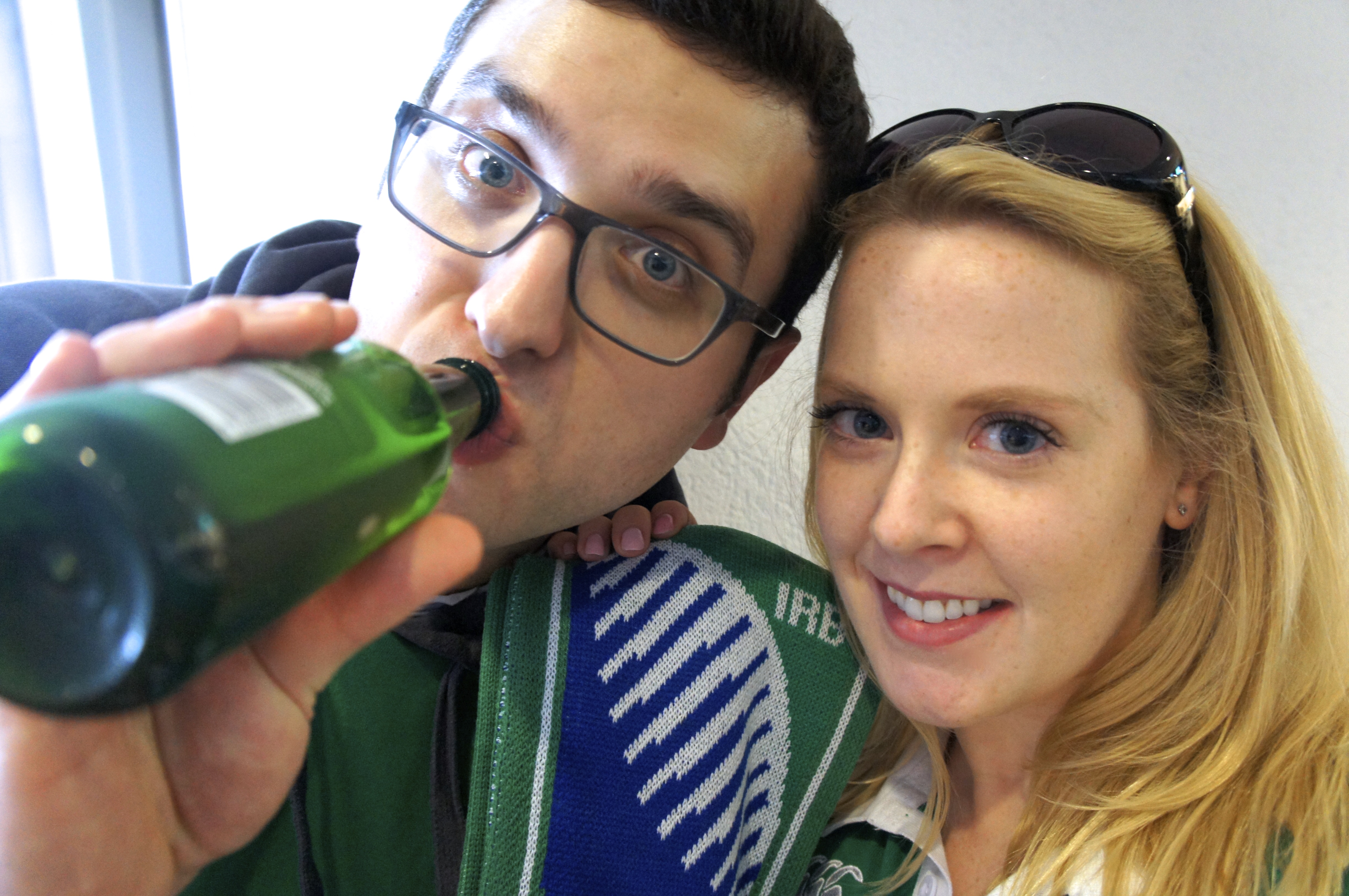 We got some food, drinks, a supporters scarf and found our seats soaking up every bit of preamble going! 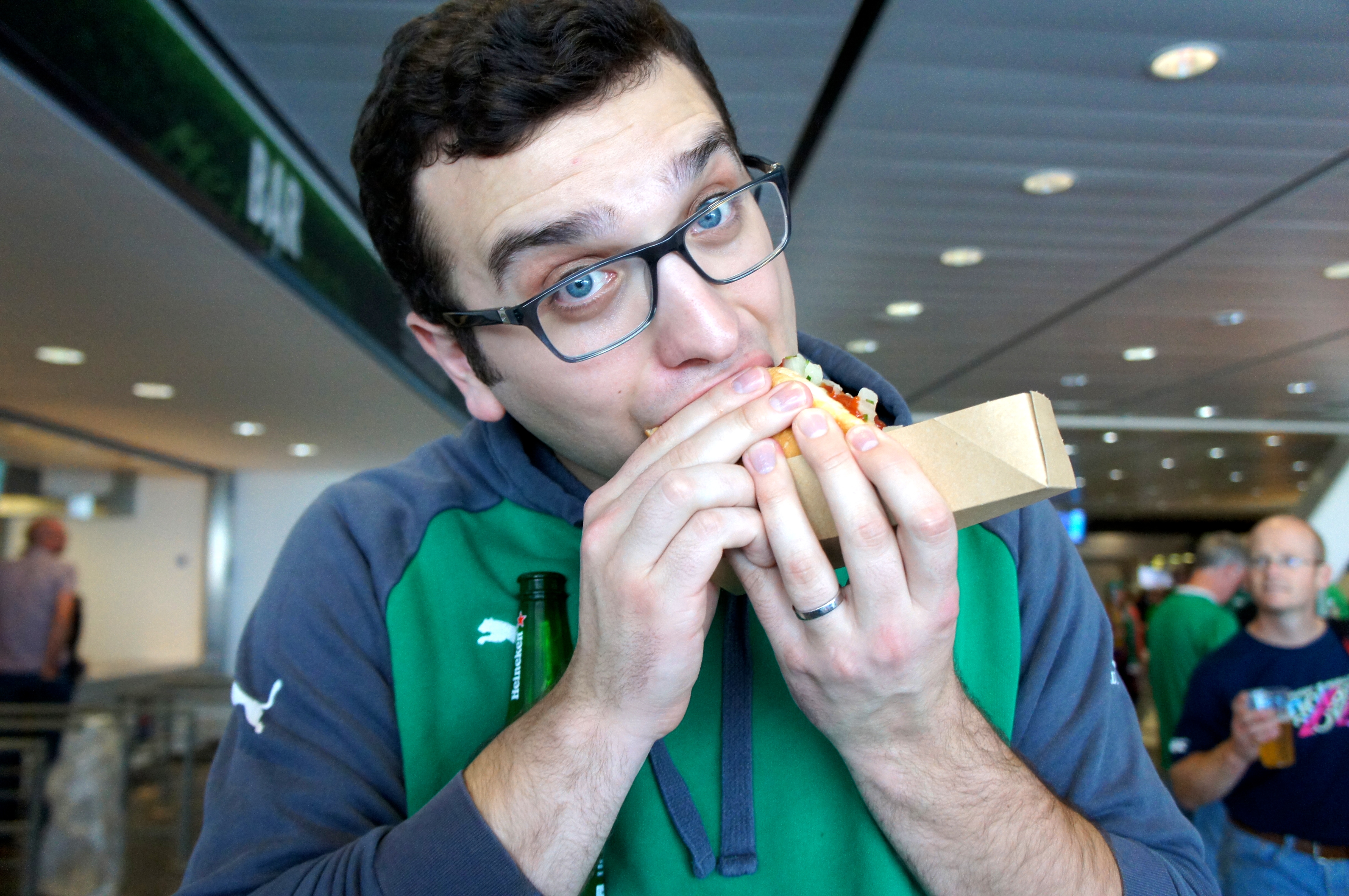 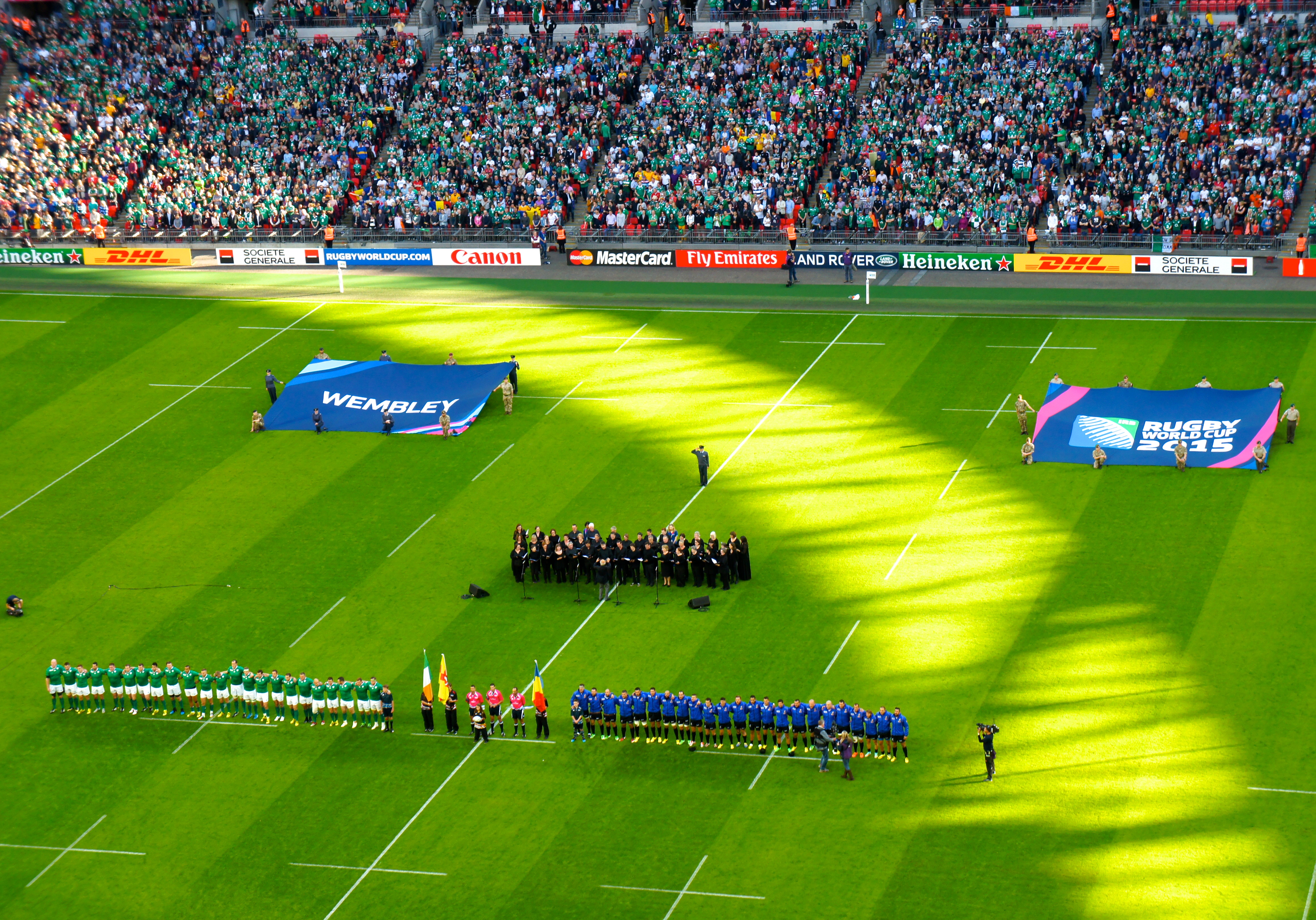 With rugby’s largest ever crowd coming in at 89,267, we certainly made our presence know. The sound was deafening at times (which was great fun to be apart of!) 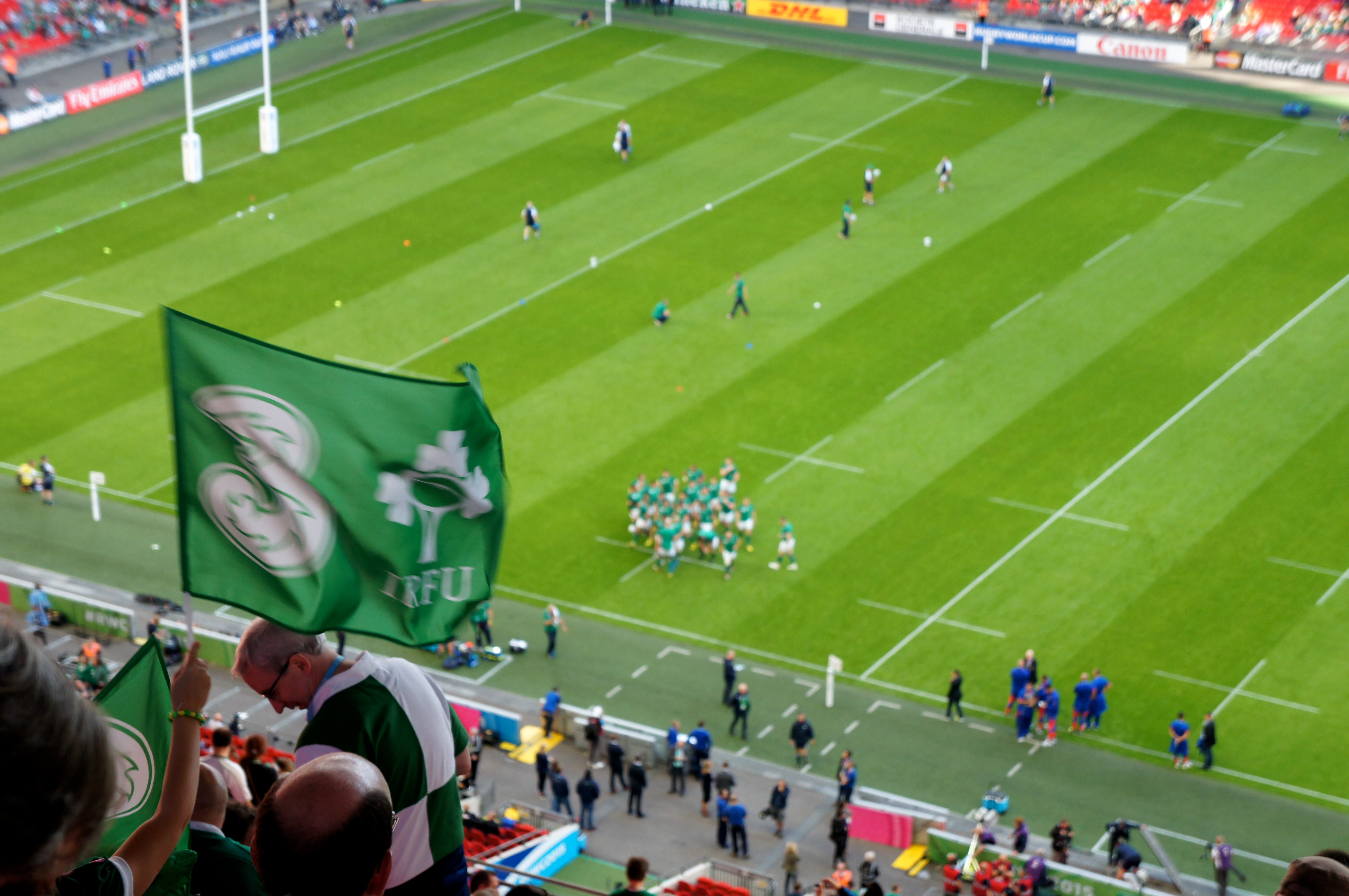 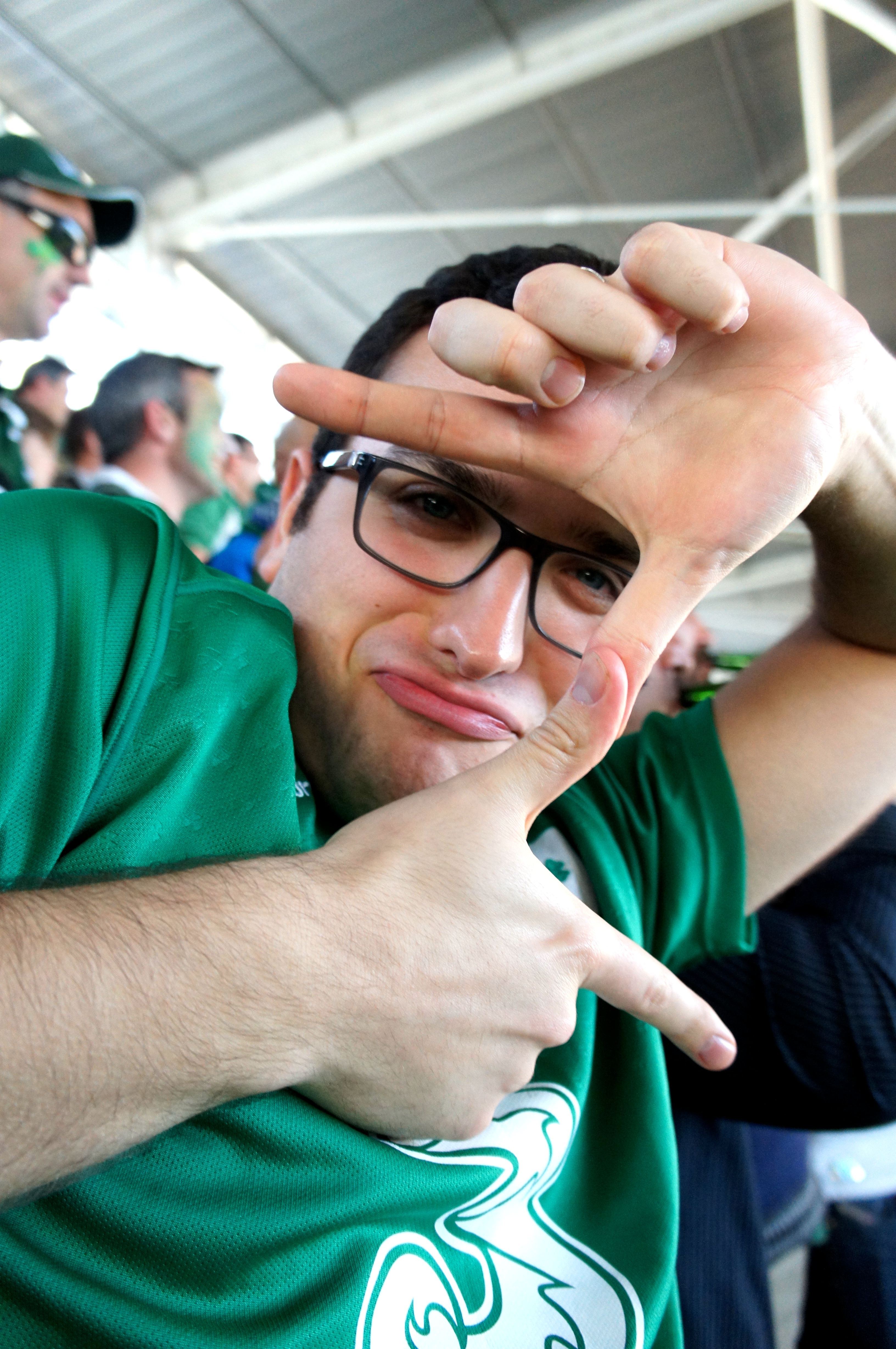 As the sun dipped lower in the sky coupled with the disappointment of a disallowed Try lingering in the air, the crowd waited for the next big celebration 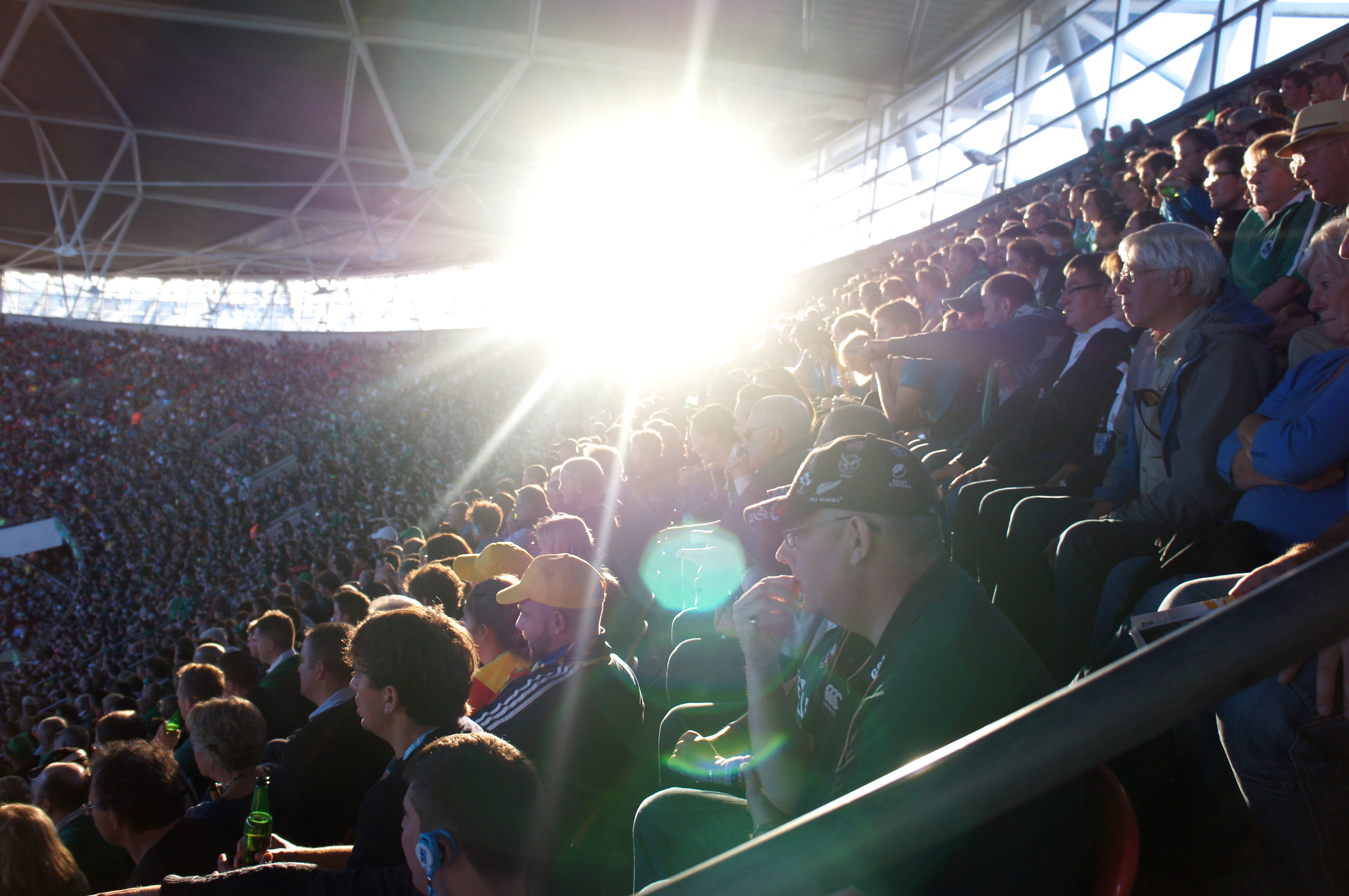 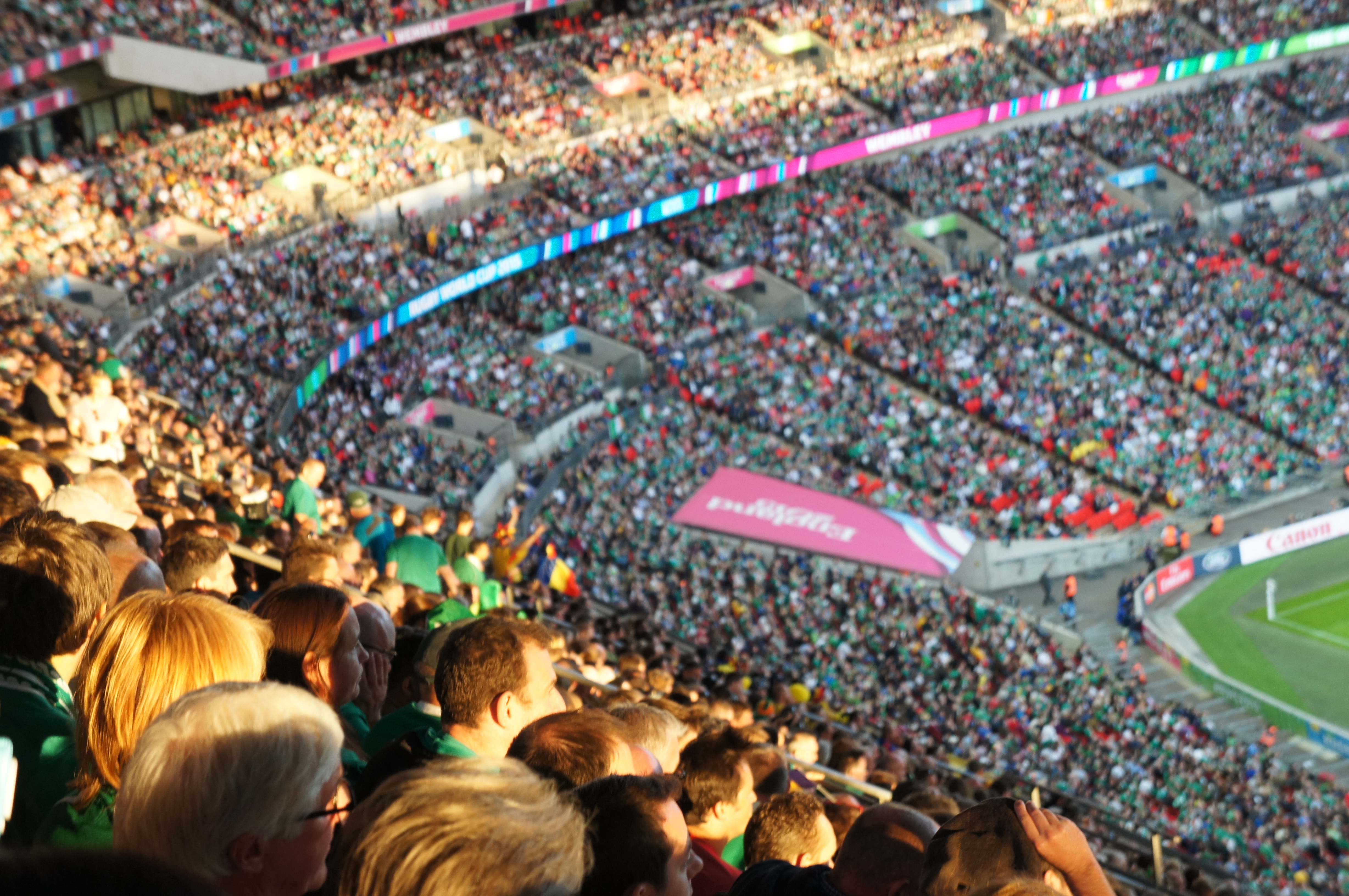 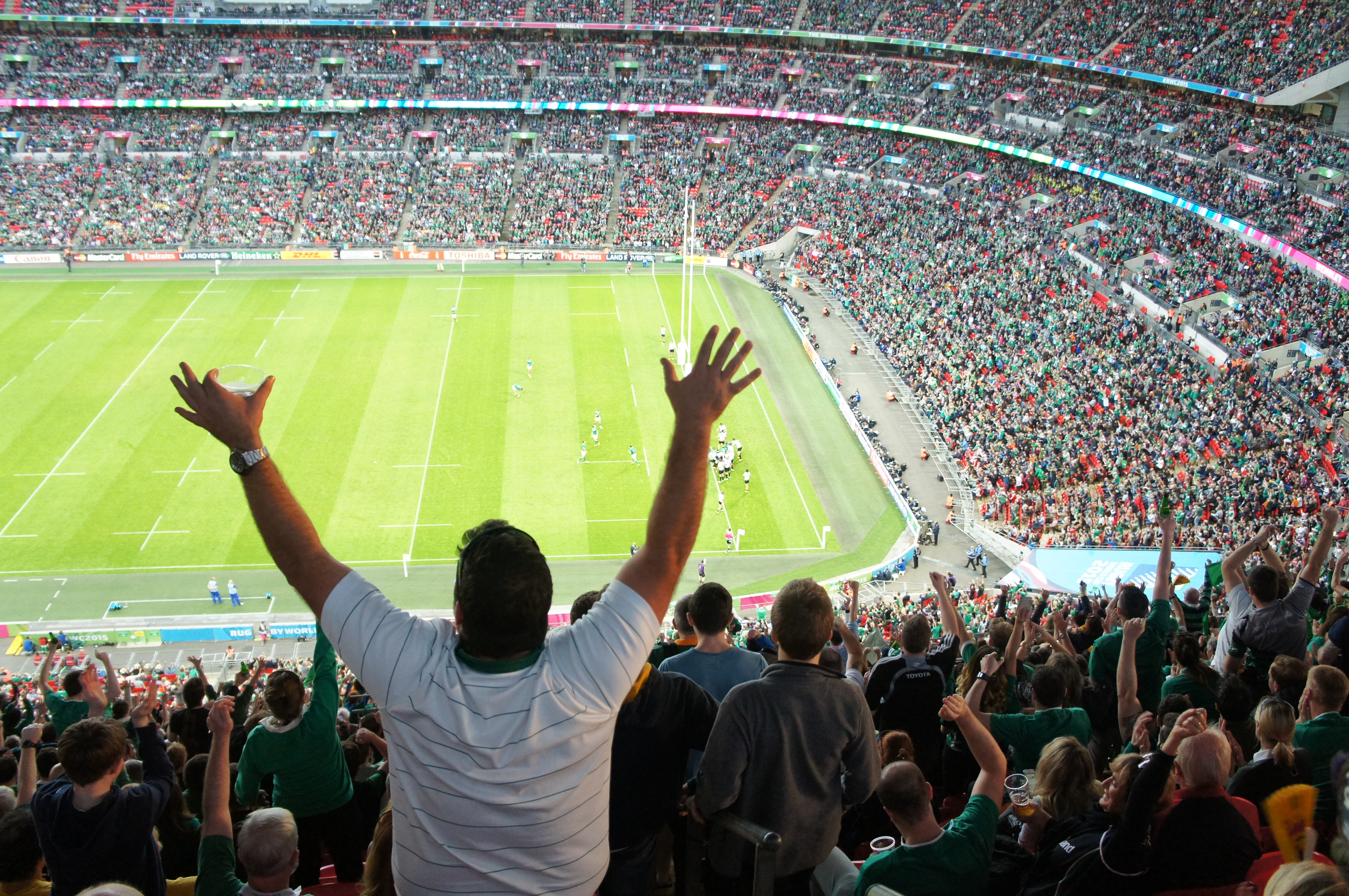 The best thing was how happy everyone was, the Romanian fans (who lost 44-10) were positively buoyant and truth be told, when they got their Try in those final minutes, we all were collectively delighted for the Romanian fans dotted around Wembley, so much so – that it was like the Irish had scored again – the whole place was thrilled.

But that’s the Irish for you, we love winning, but we also like everyone to feel like “ah sure, didn’t they do well though?!” 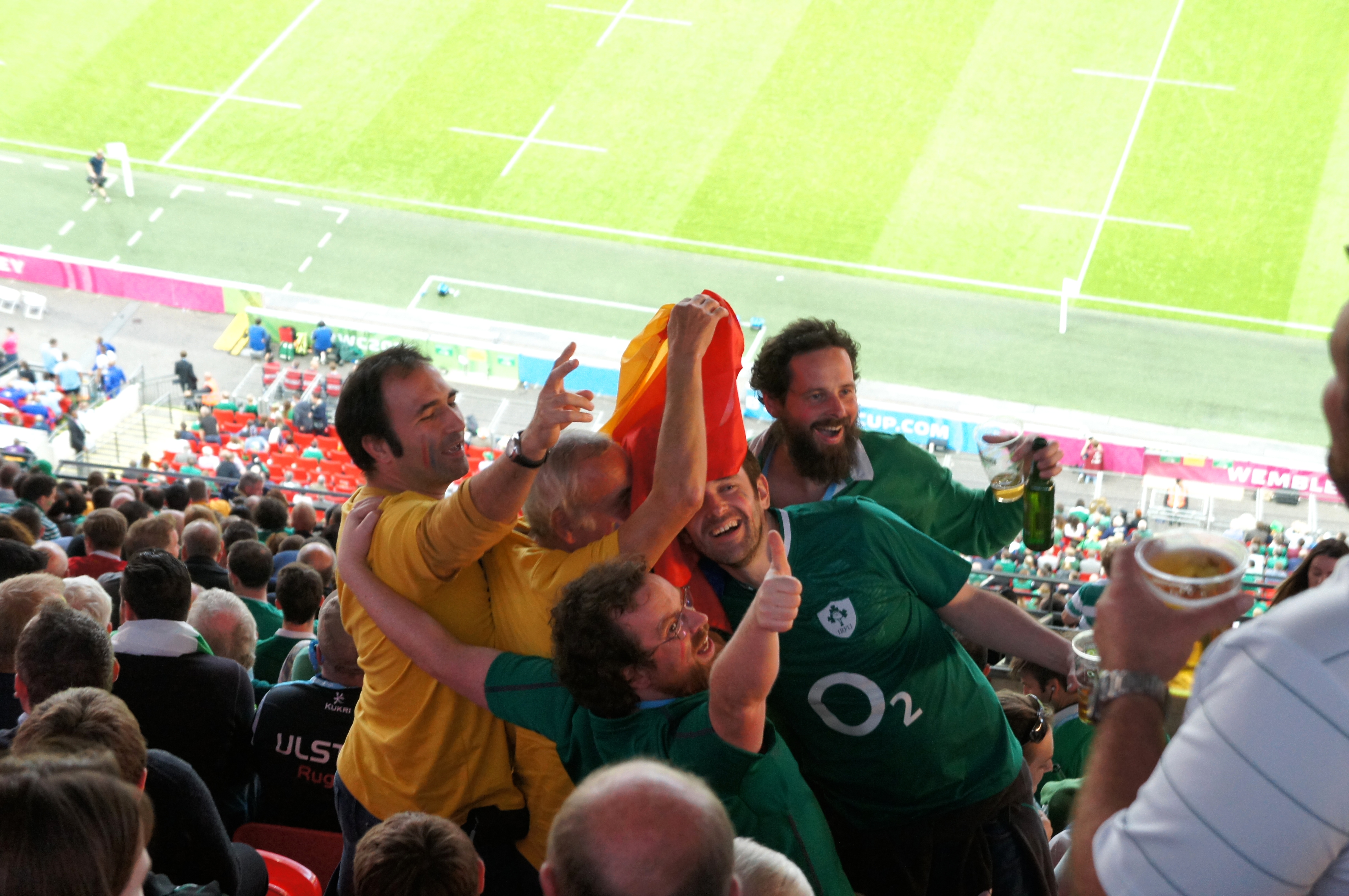 Himself and I hung around till the very end, hearing the interviews and then finally headed out, doing our best to walk in the opposite direction to the hoards feeling very patriotic and proud! 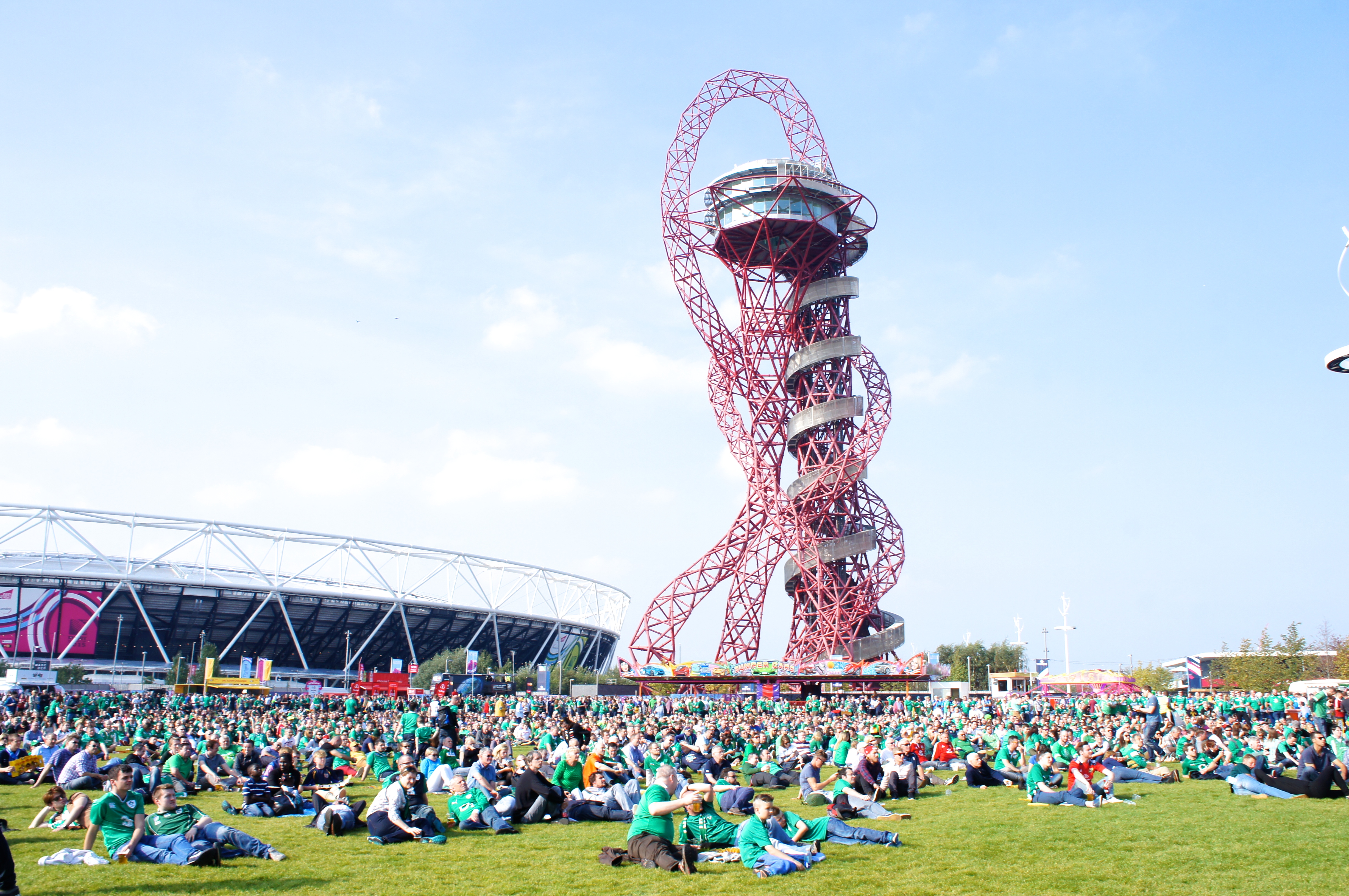 We were keen to check out the “Supporters Village”, so we arrived REALLY early, it was a bit surreal for me to be back there, the last time I was there was in 2012 for the Opening Ceremony of the Olympic Games where I performed as a dancer, a once in a lifetime opportunity – I wasn’t at all prepared for the nostalgia I felt, I just kept saying “this is so weird – SO WEIRD!” 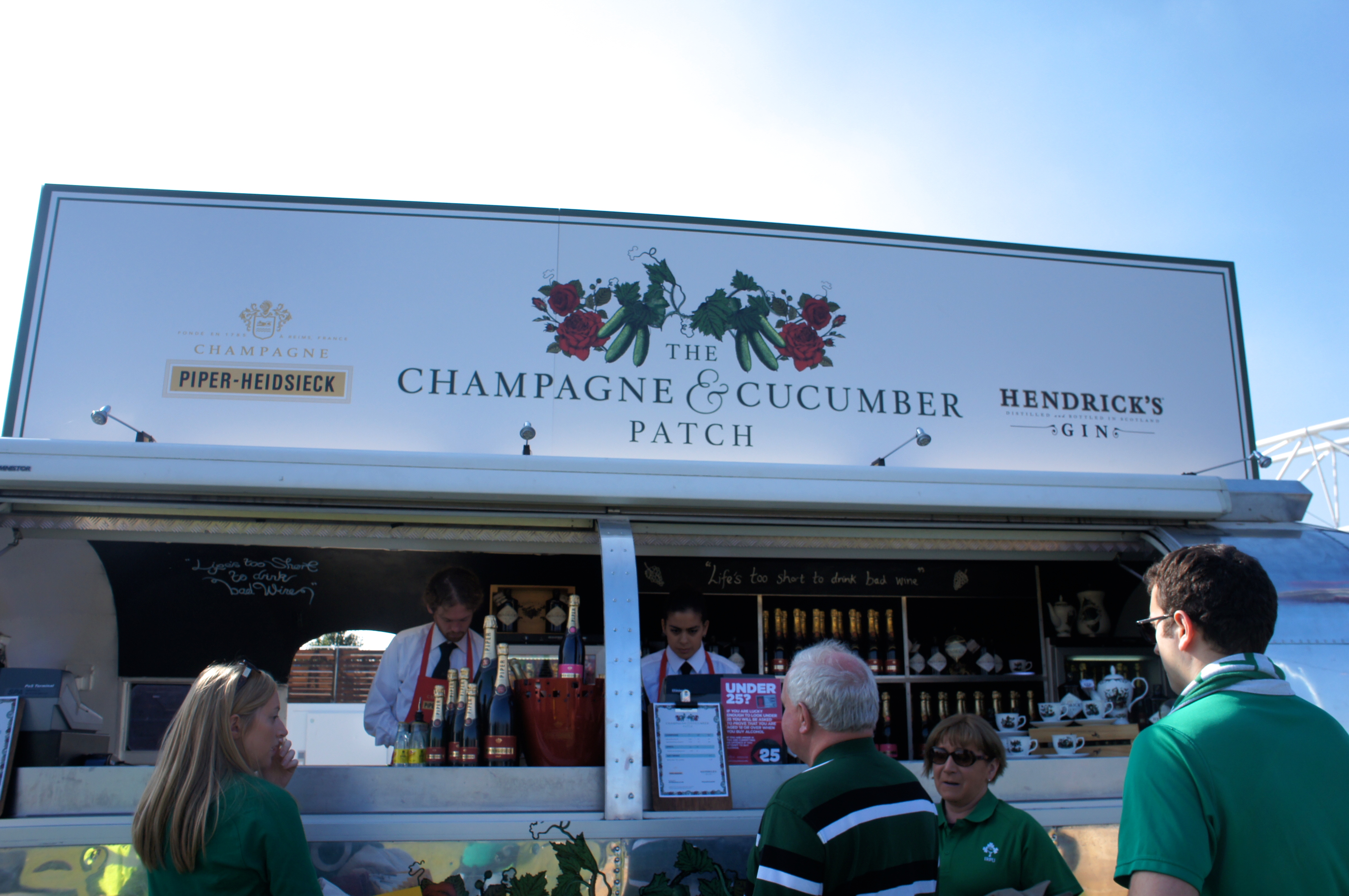 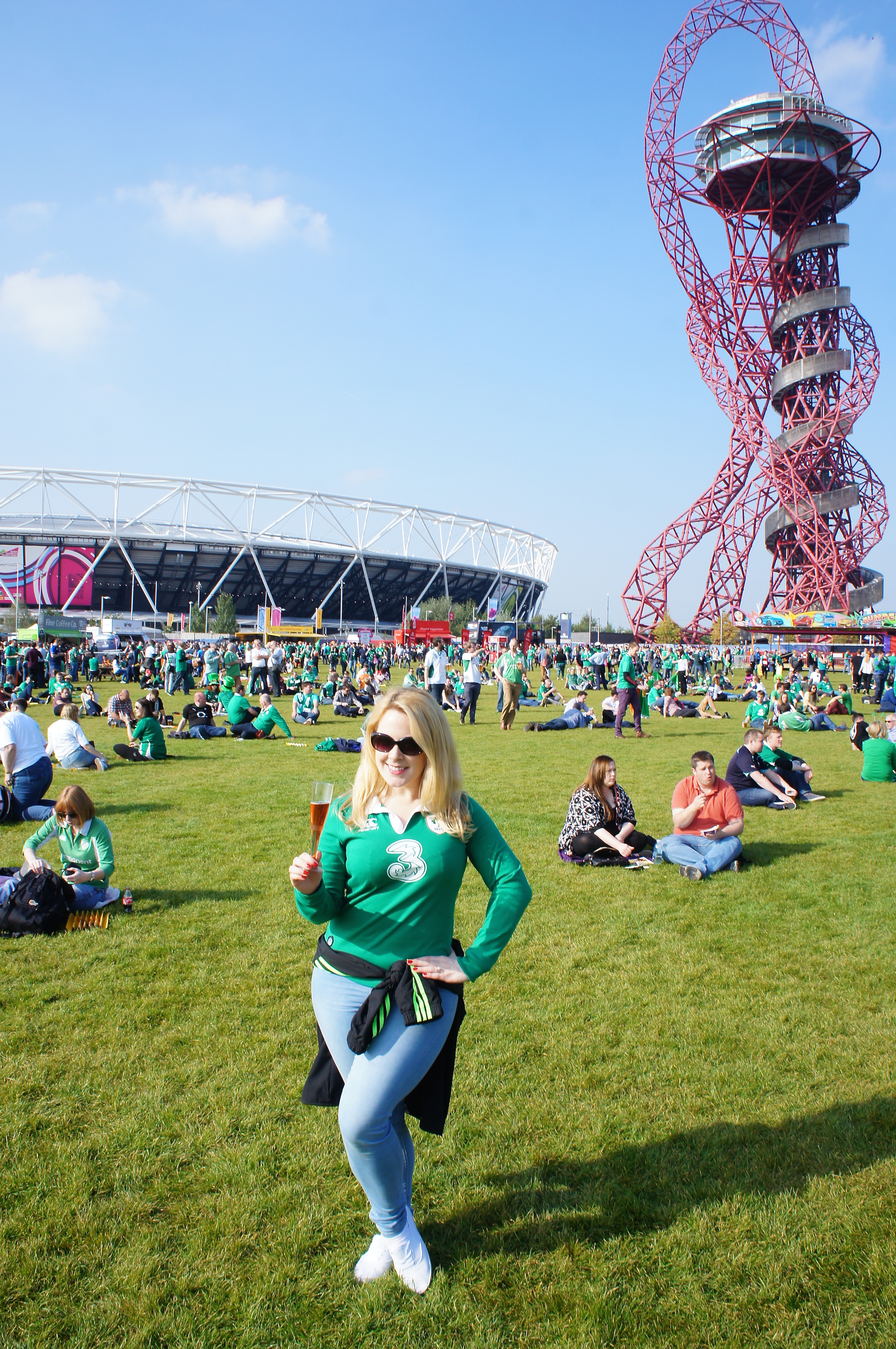 Once open we were some of the first into the village and I made a beeline for The Champagne and Cucumber Patch by The Wondering Wine Company. Delicious! 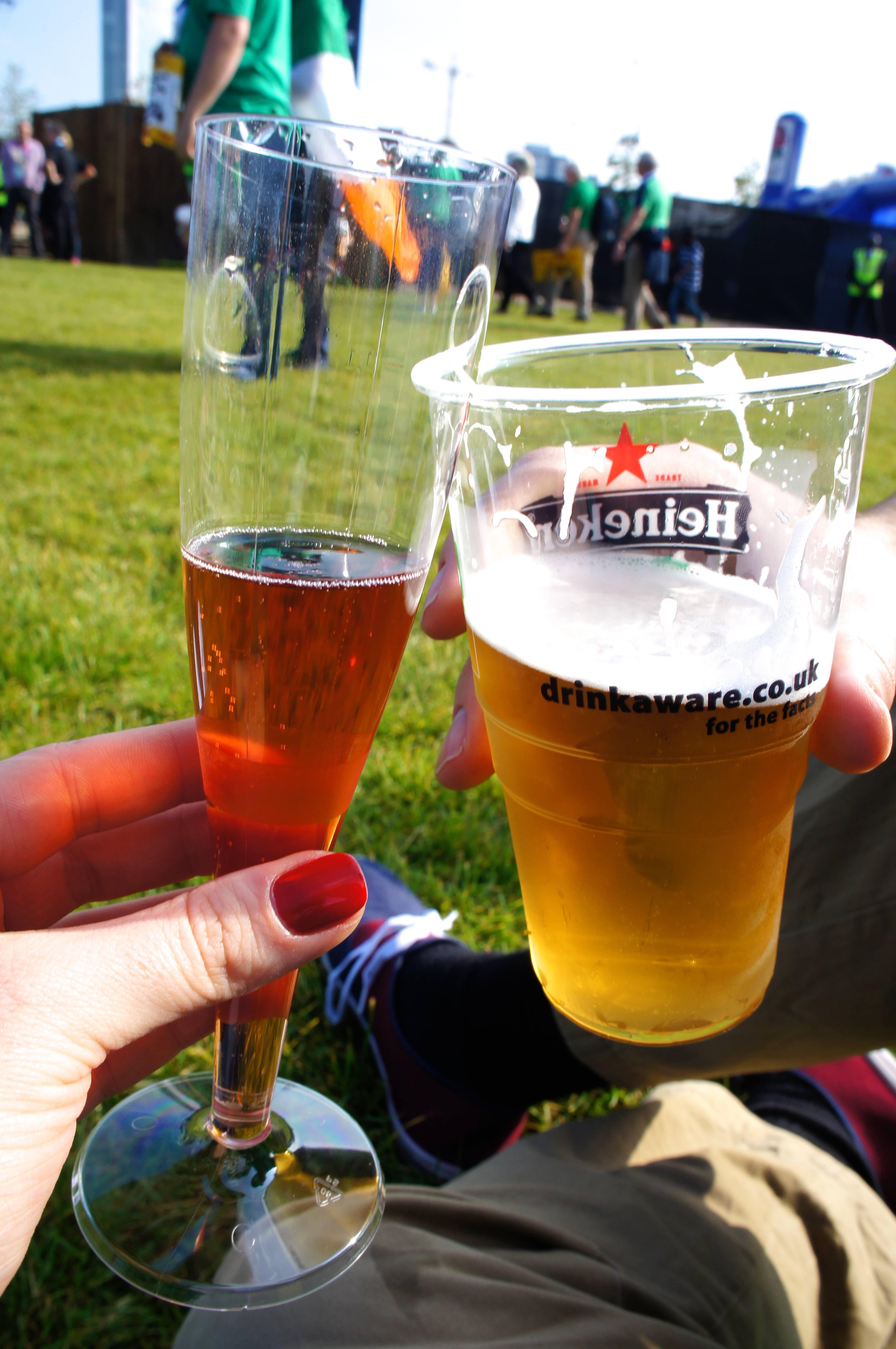 The place was a sea of green! It was a much more comfortable area than what was on offer at Wembley and it didn’t hurt that the sun was splitting the stones – everyone was in very high spirits! 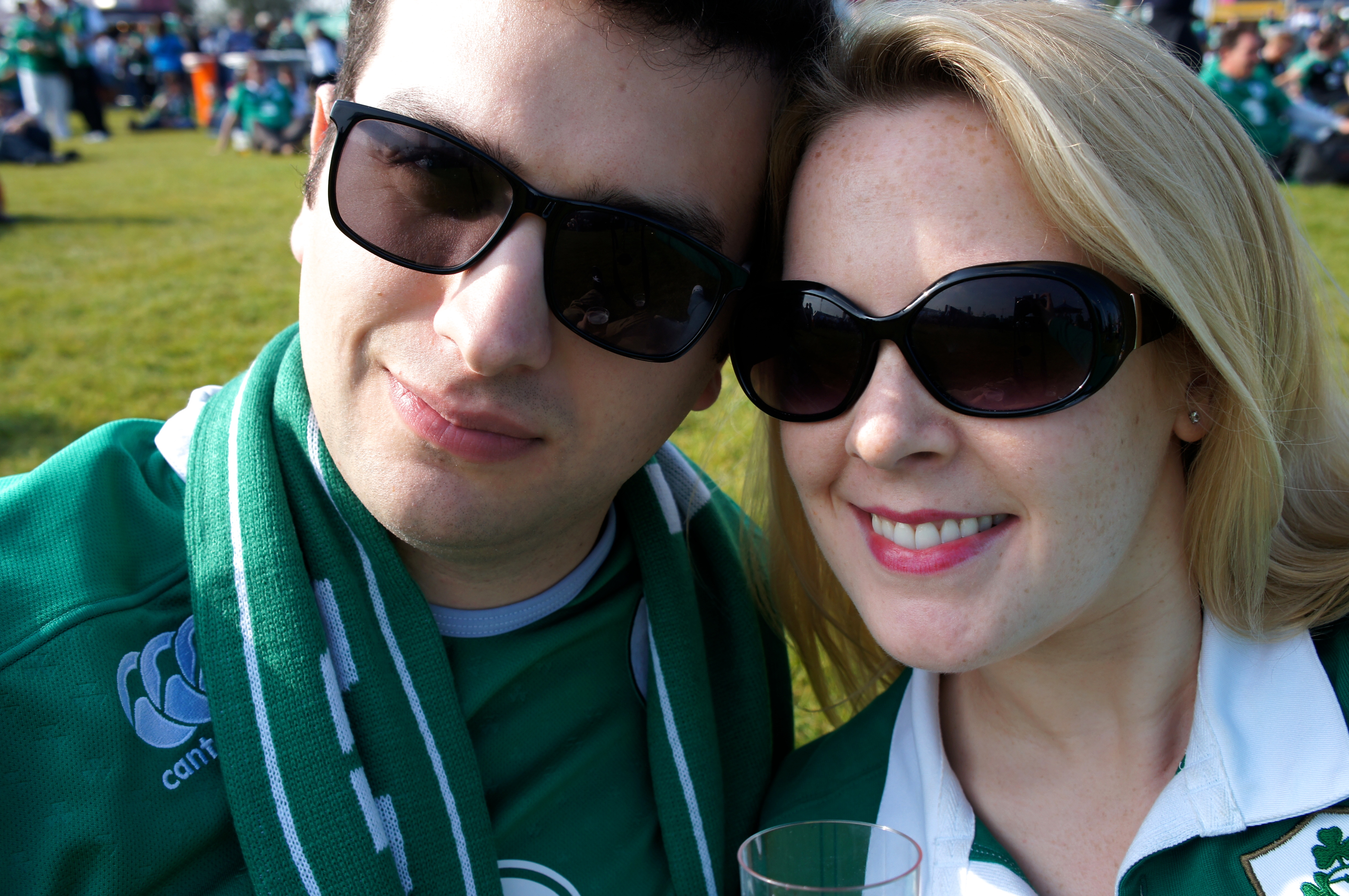 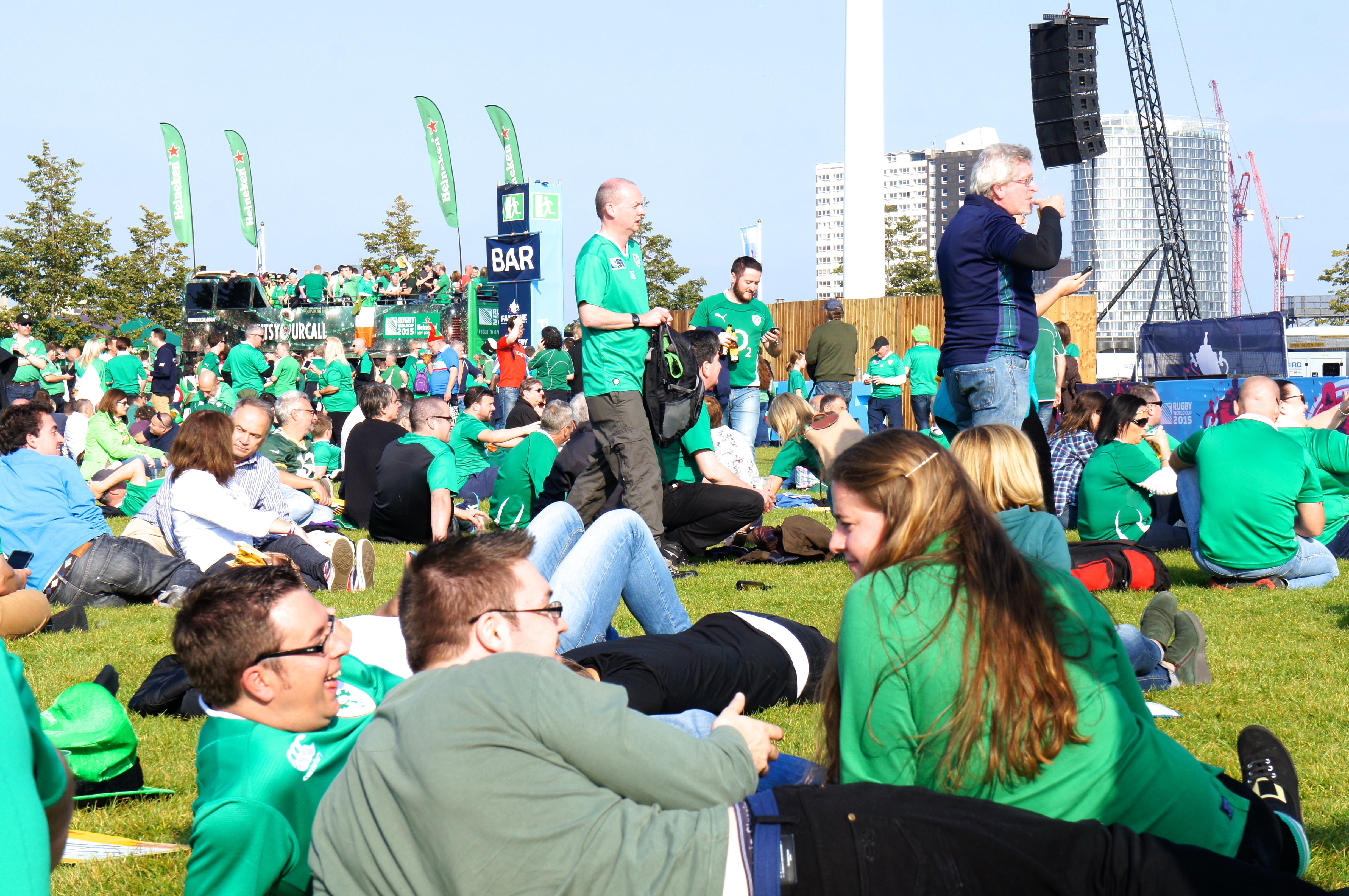 Himself used to work with London Irish and Halani ‘Aulika’s Wife and little boy were in the crowd, making for a very cute shot for the worlds cameras, which promptly went into overdrive (including mine!) 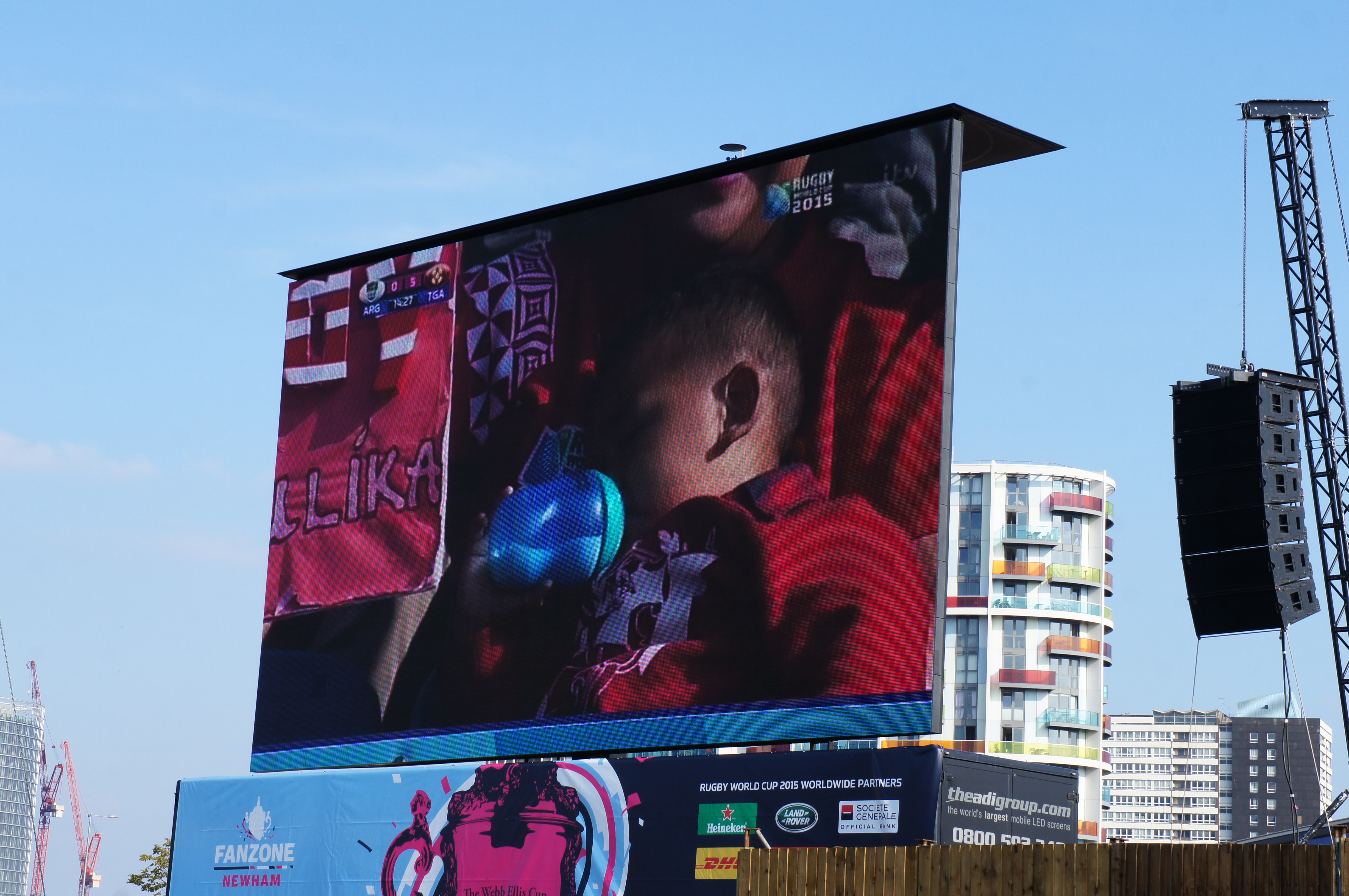 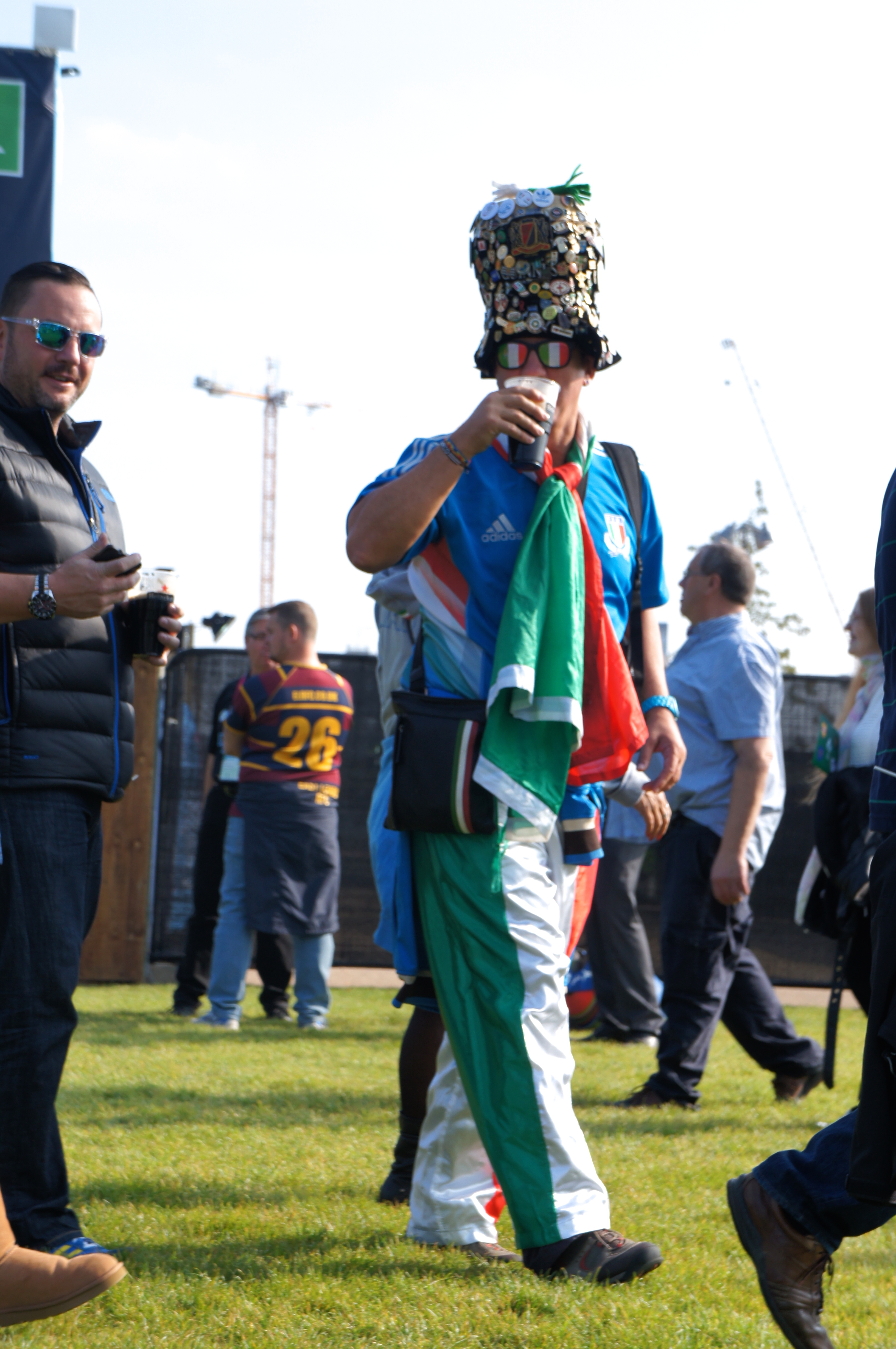 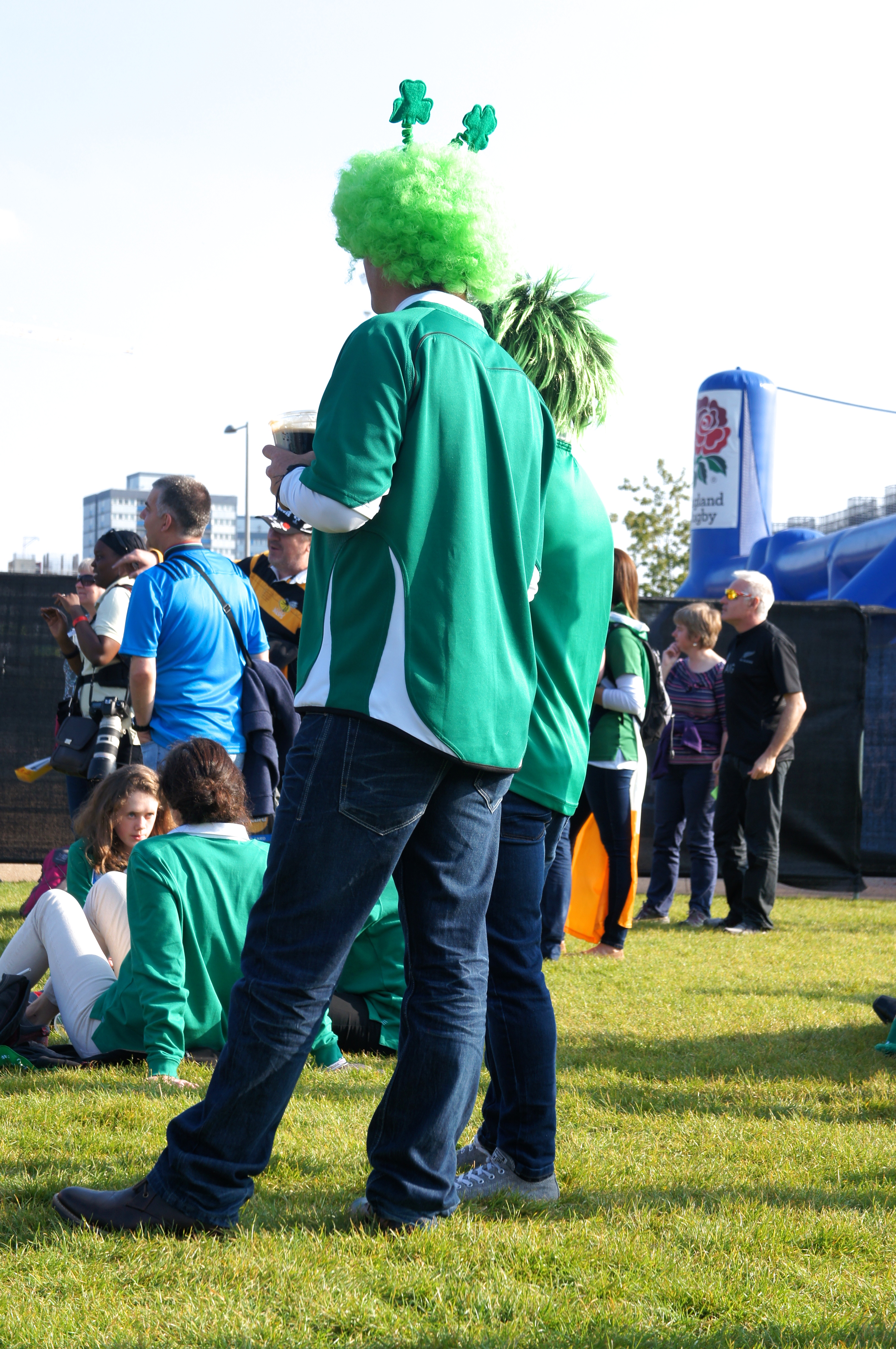 At half time, an Irish band got well under way, doing their best (and succeeding I might add!) in turning the area into a fully fledged session and in true Irish fashion, some top notch Irish dancers popped up out of the crowd to cheers, whoops and applause 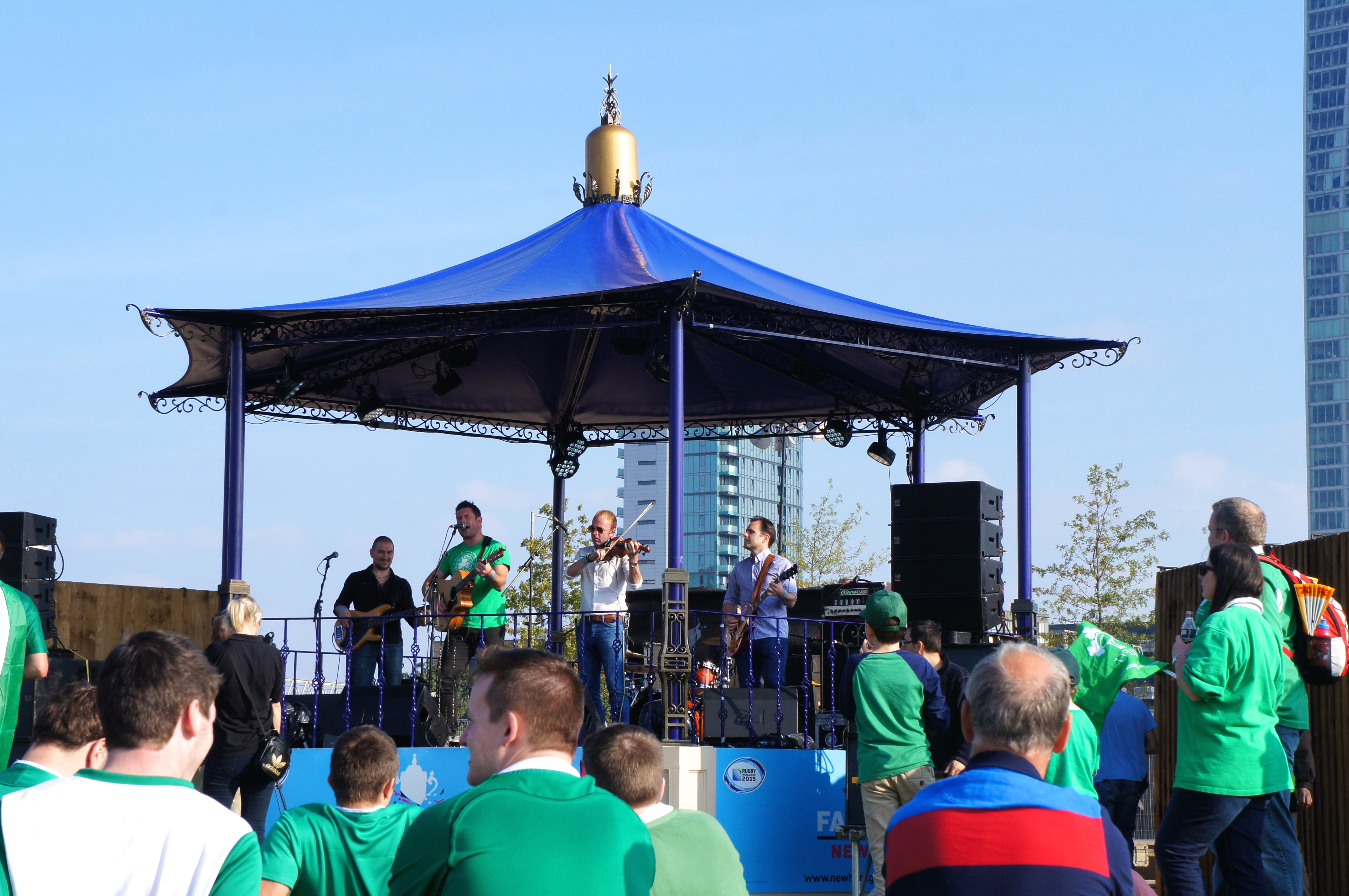 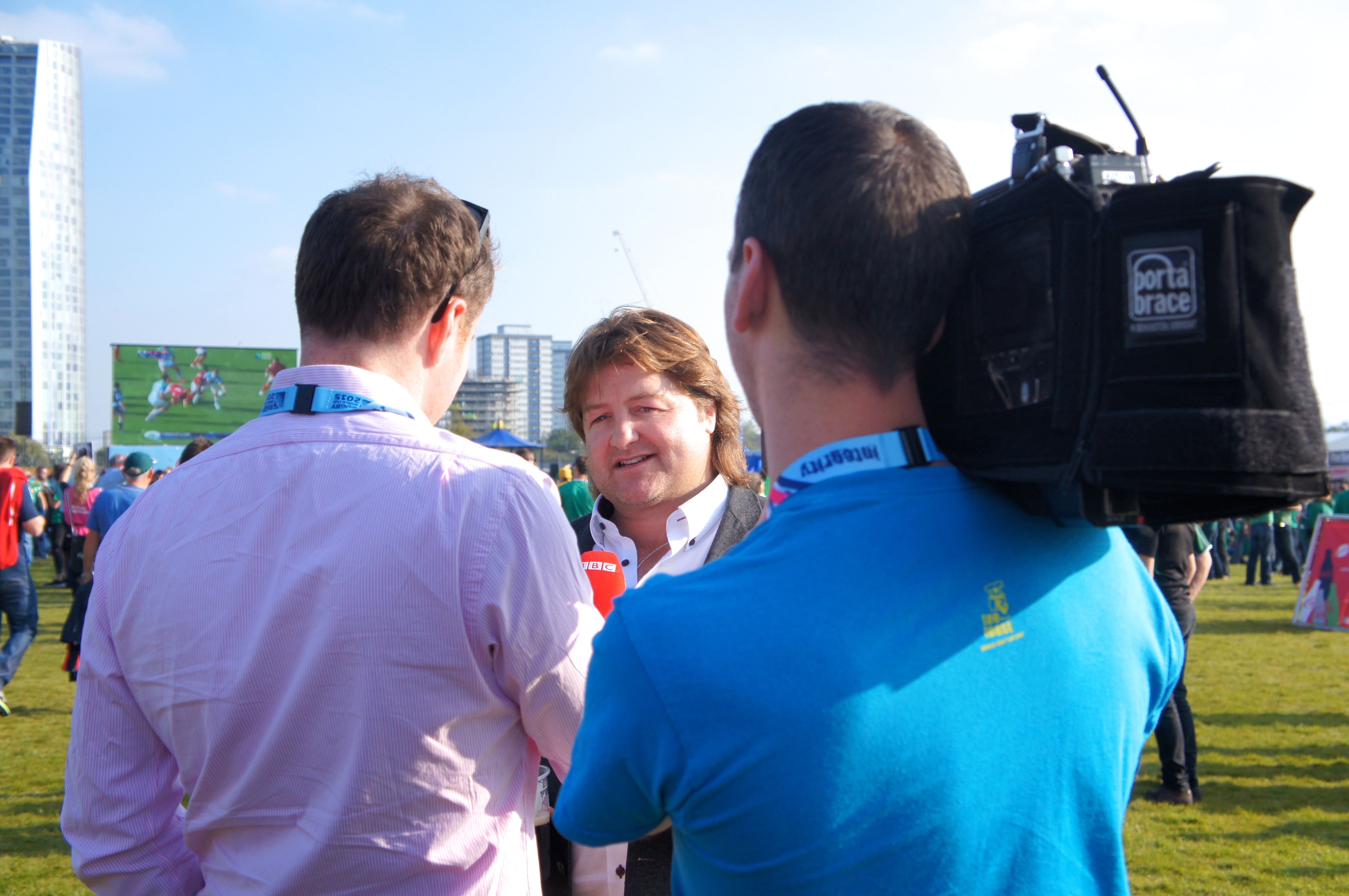 Once the second half started, Himself and I headed into the stadium to find our seats and after passing the hair stylings of Mr. Shane Byrne, we settled in and looking up to the big screens were very disappointed to find that, unlike in Wembley Stadium, the Olympic Stadium weren’t showing the second half of the game, had we know this, we definitely would have spent a bit more time in the Supporters Village watching instead! 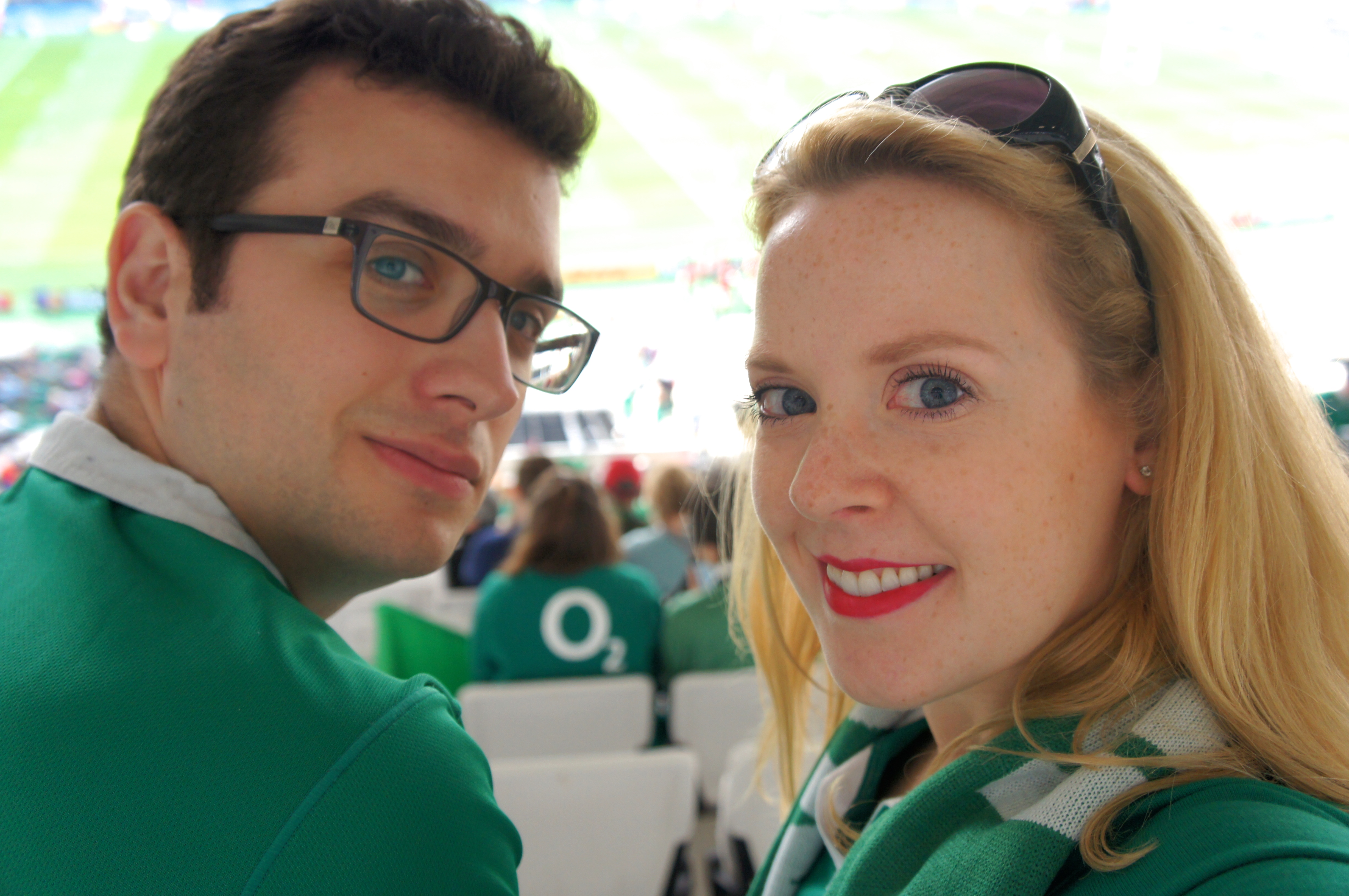 How’n’ever! We made the most of our time, with some beer, some wine and some very tasty popcorn! 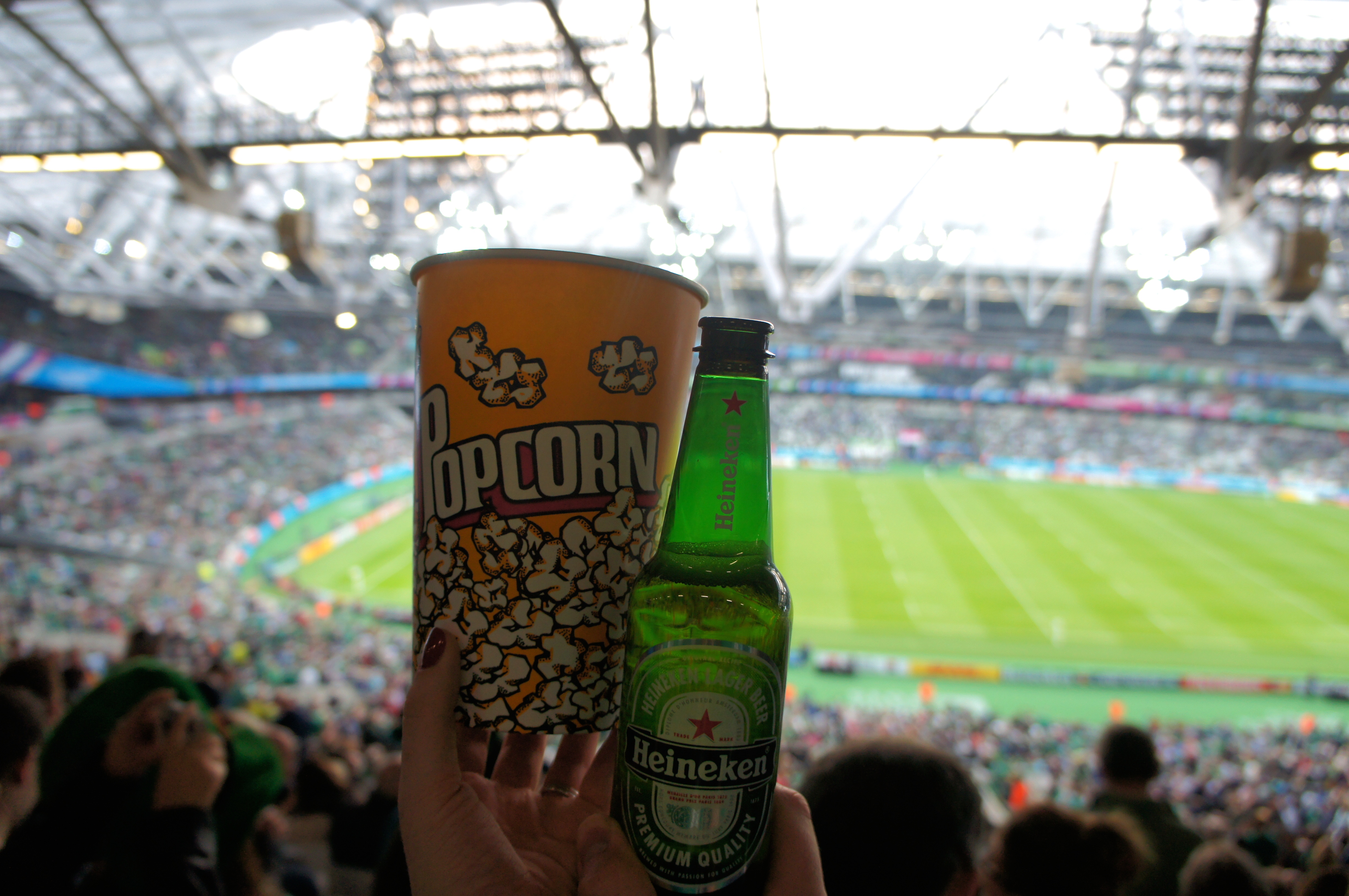 Before we knew it – they were off! 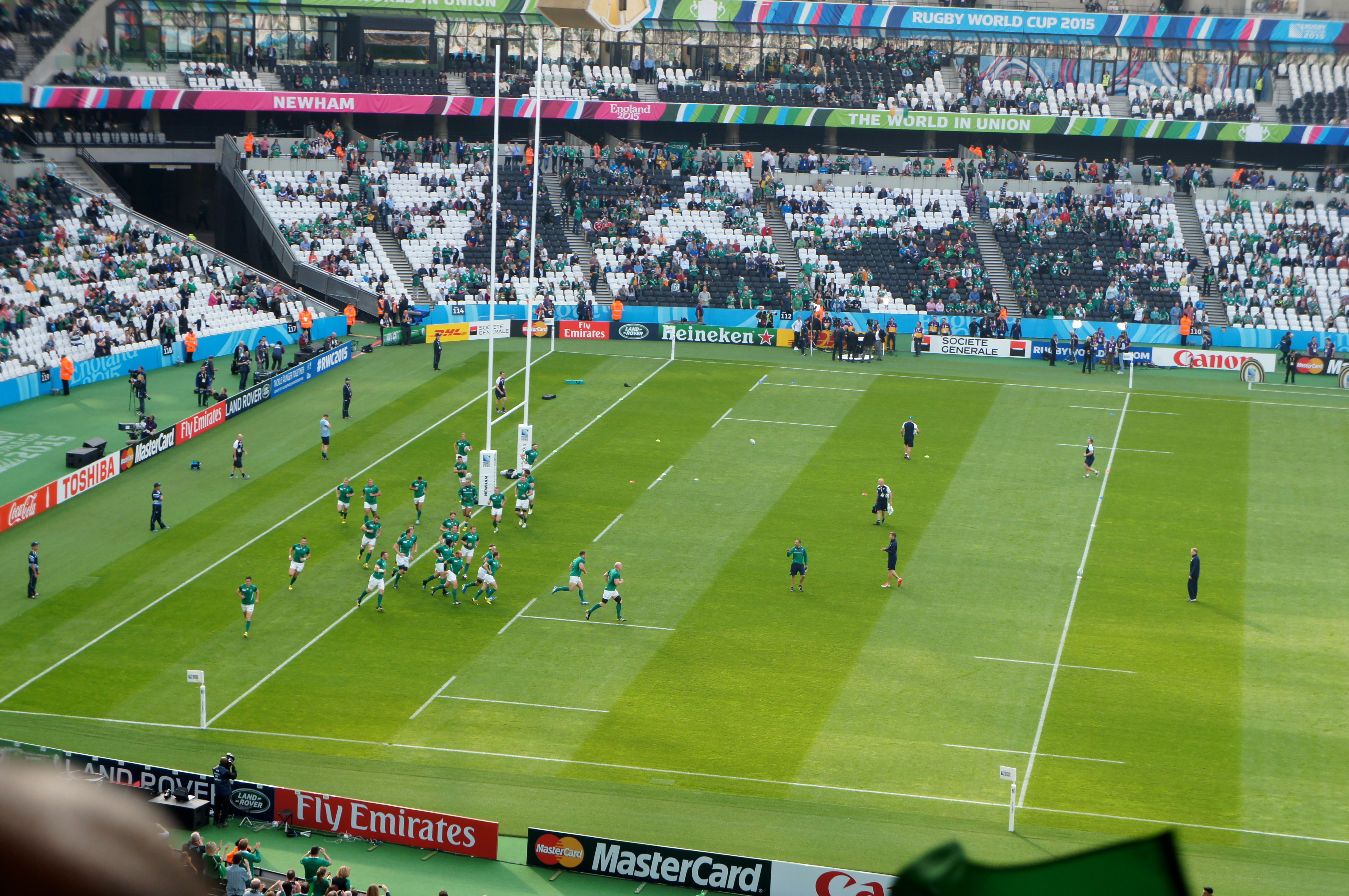 we were only a few bodies away from the only Italian for miles and fair play to her – she made herself well and truly heard!

That’s her behind Himself’s noggin, as you can see, he didn’t quite agree with what she was saying! 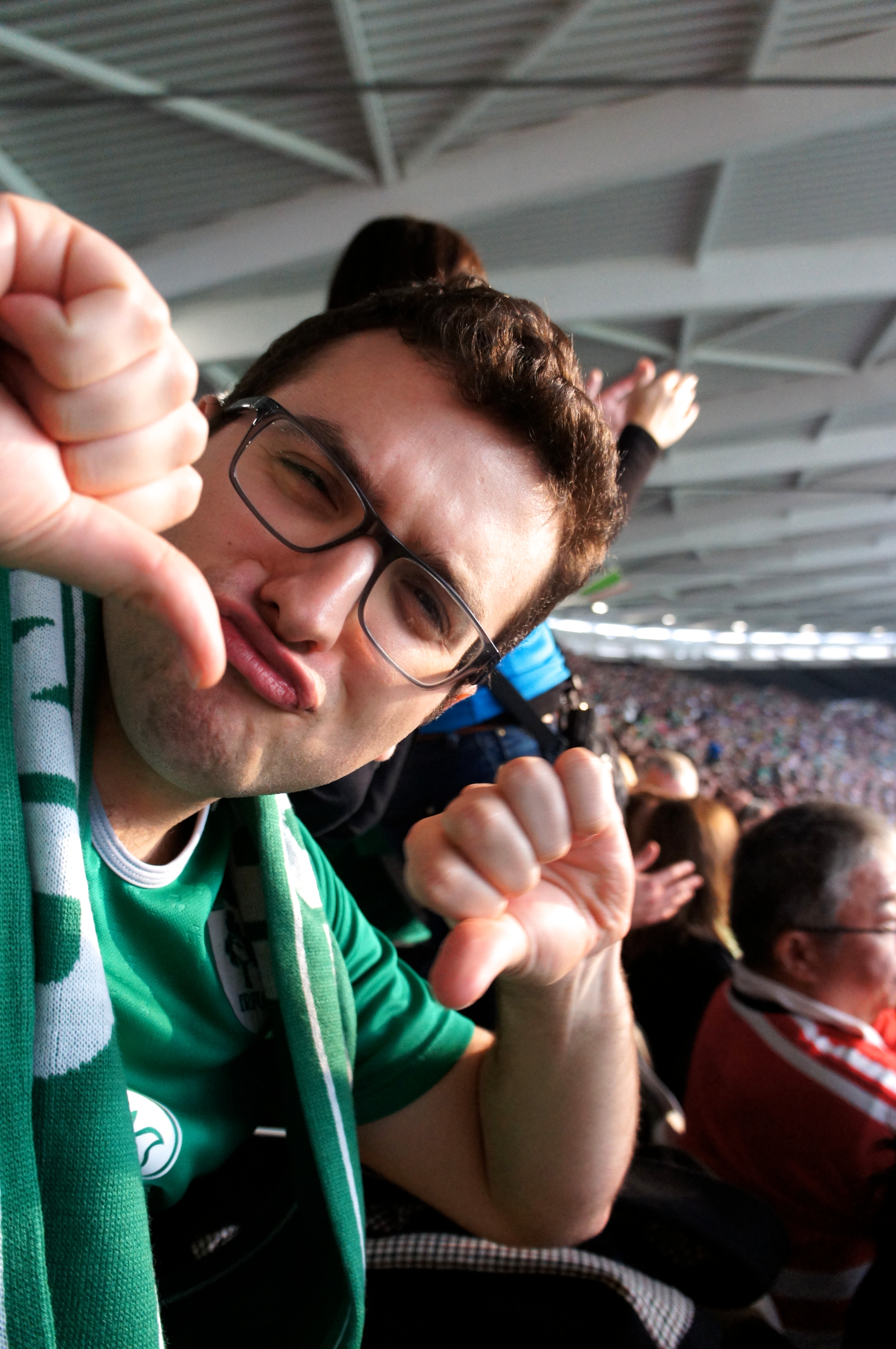 After a good win of 16-9 to Ireland, Himself and I made our way towards to pitch to watch a few of our lads throw the ball around 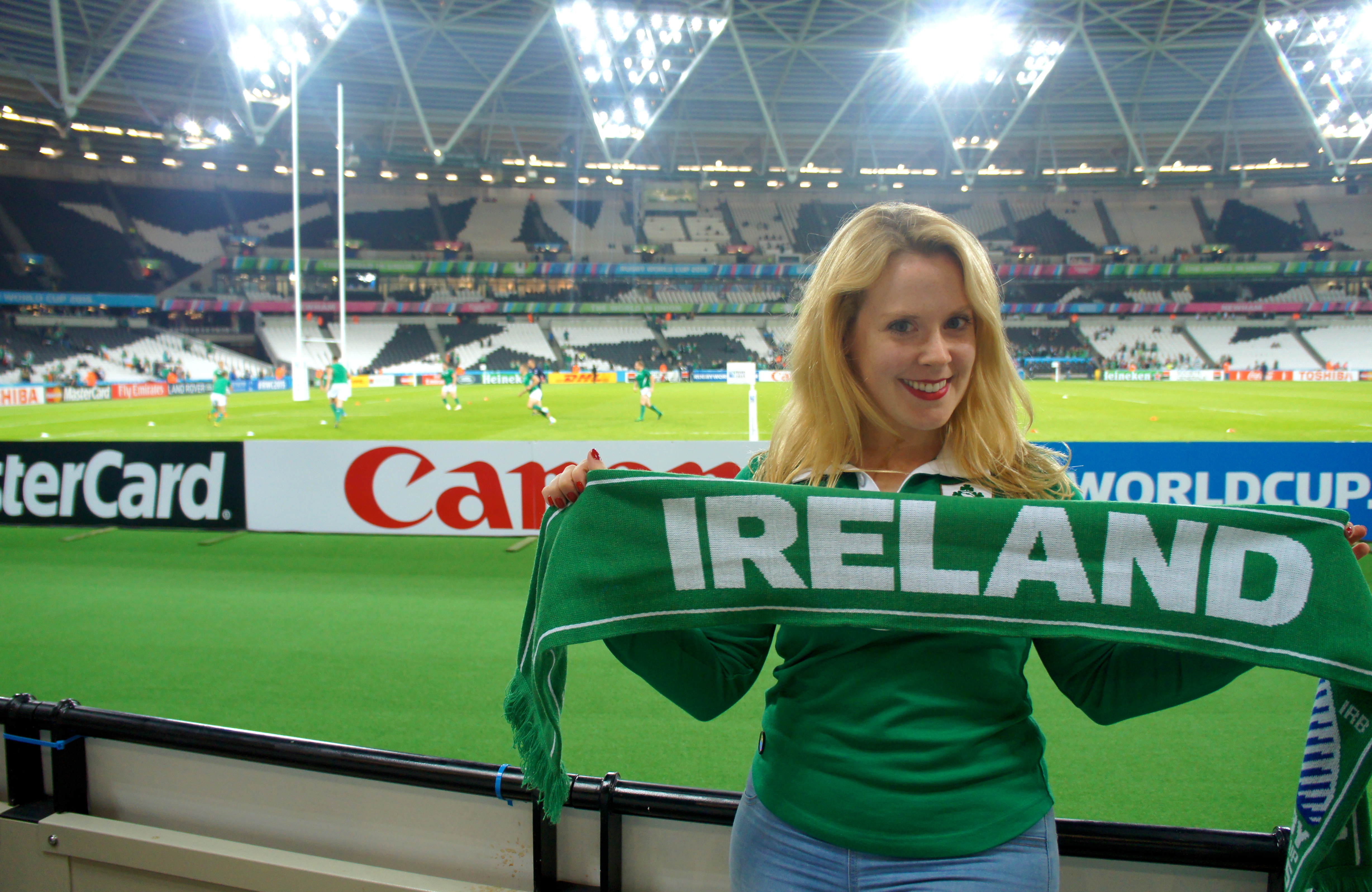 When we got outside, Himself wasted no time joining in with the general shenanigans and the songs being belted out by everyone still present! 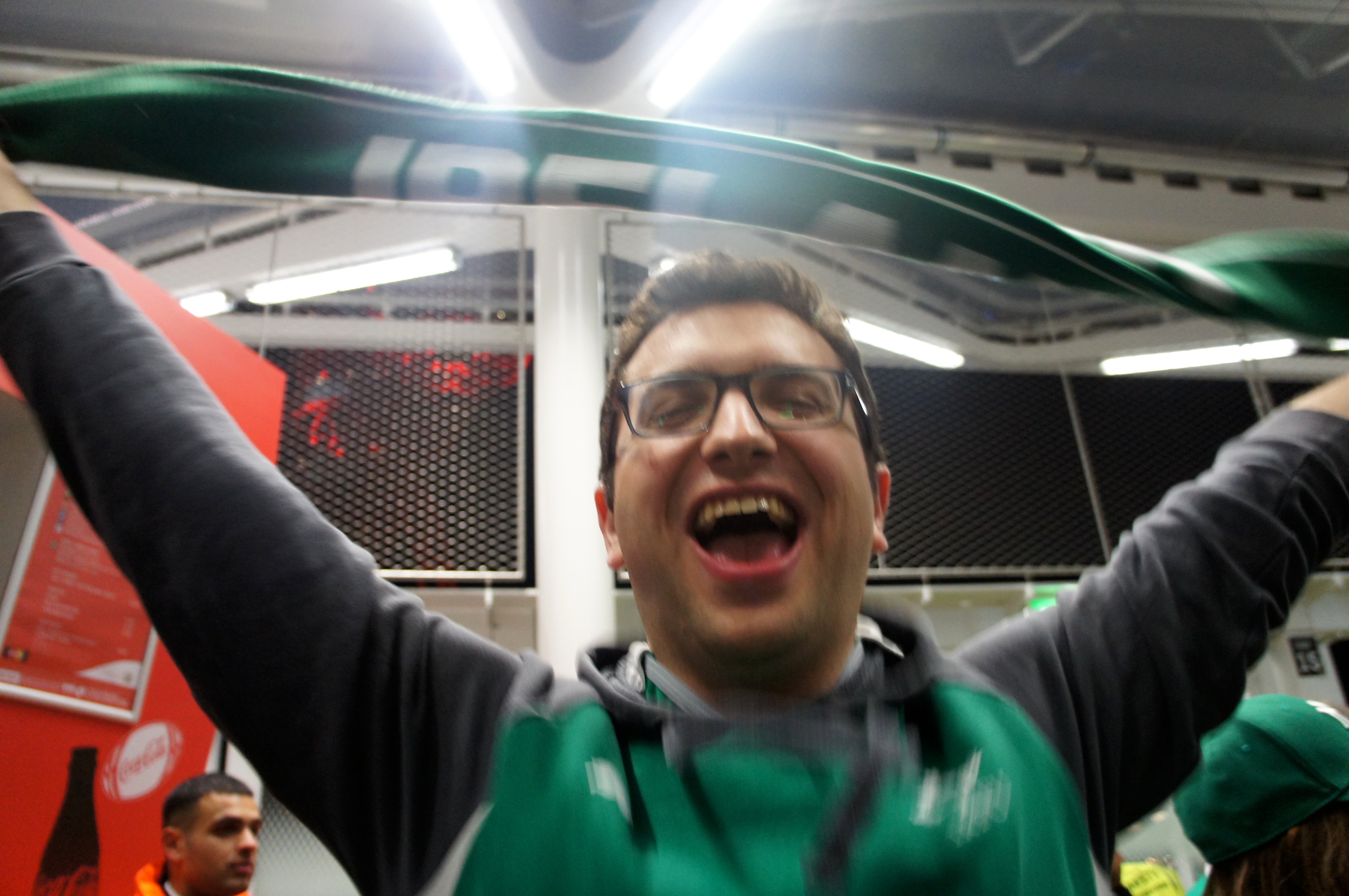 Once he had no voice left, I steered him towards home 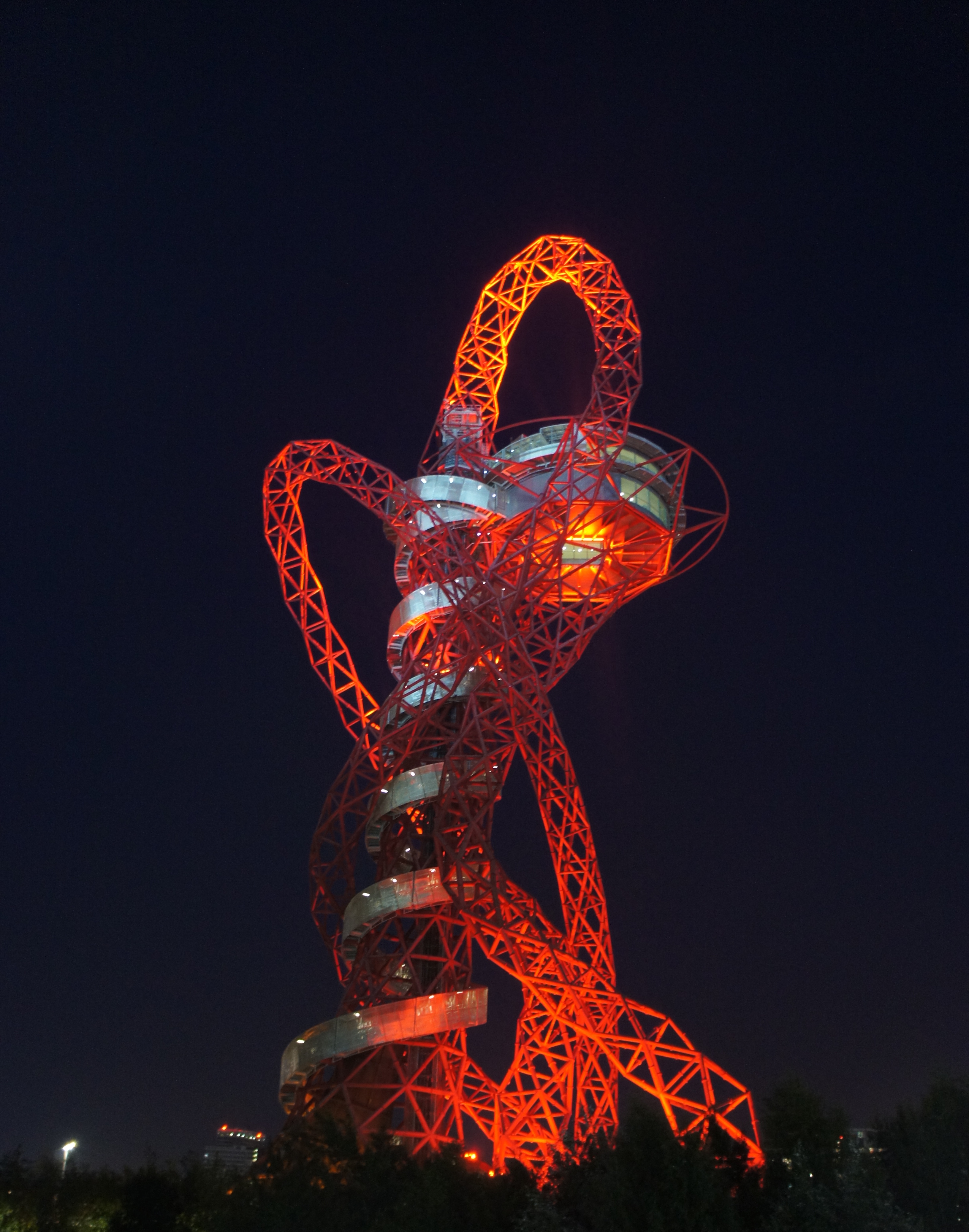 The entire way, there was singing, dancing and general merriment that even those who weren’t at the match, were happy to watch and join in on the parts of the songs that they knew 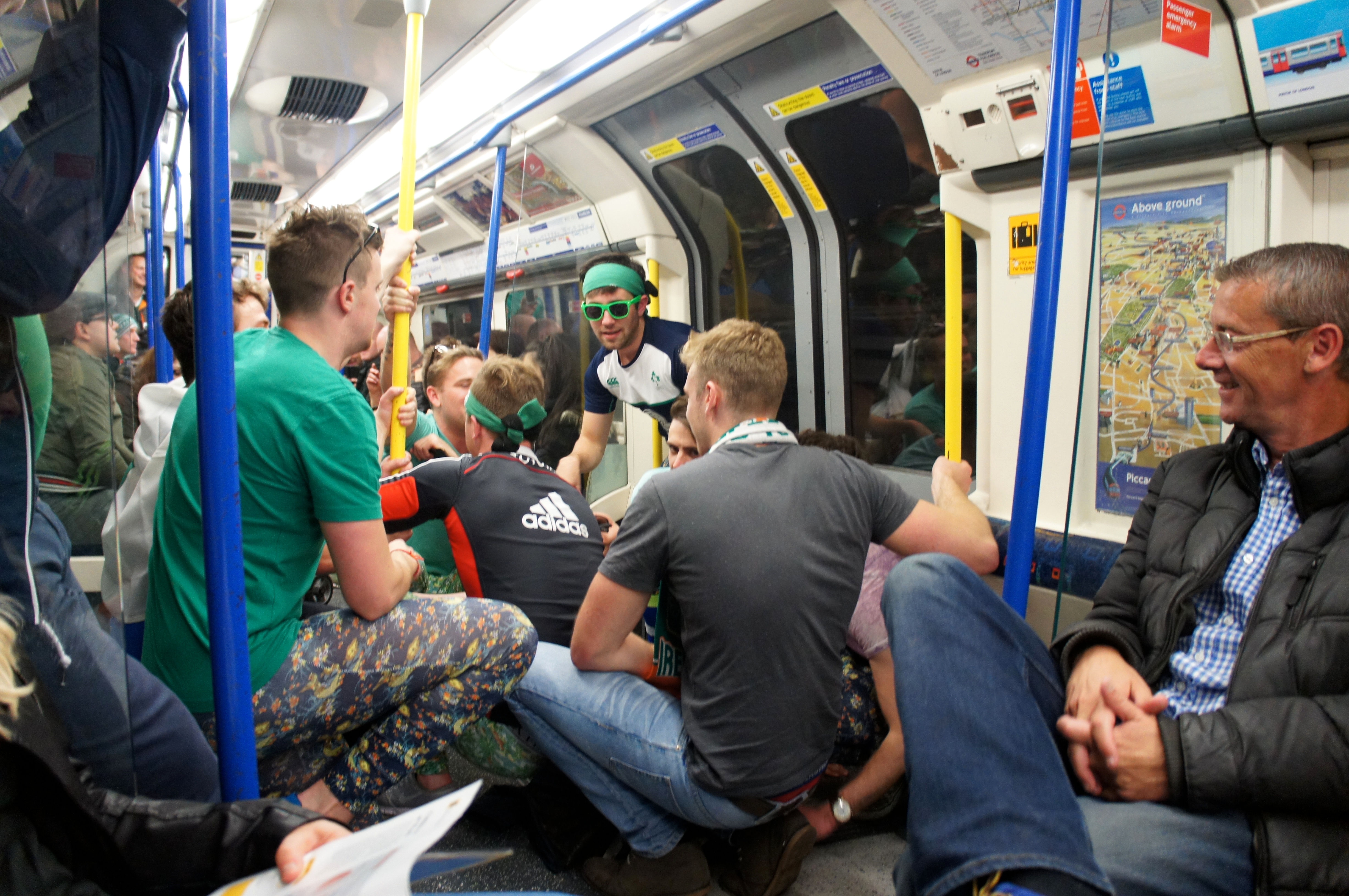 I’m absolute gutted we’re out, especially seeing as my friend Paulie had to end his career as Irelands Captain with such a completely horrendous injury (I met him once when I was 12 – yes this does make us friends! – I was on tour with RTÉ as a dancer and knocked on his door thinking it was a fellow dancers hotel room…it was not! Paulie filled the doorway and was very kind to me when I eventually stuttered “I think I have the wrong room”)