Once everyone had returned to the hotel we busied ourselves getting ready for dinner. I was told to be at Mom’s hotel door by 7pm for a little pre-dinner drink – And what a pre dinner drink it was! 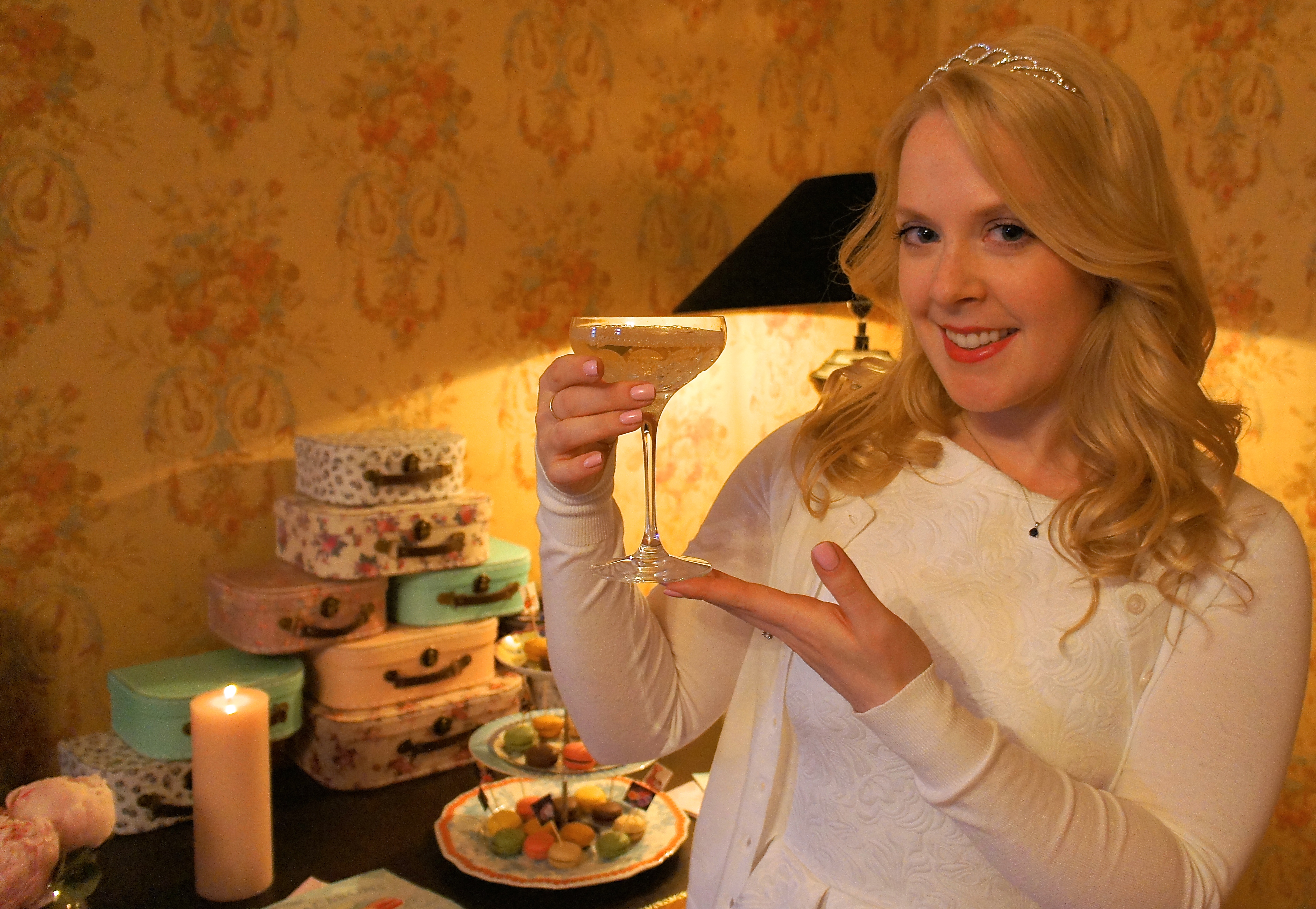 When I arrived the whole suite had been transformed from when I was there earlier, there were macarons everywhere, a pyramid of vintage suitcases, MORE flowers, candles and bunting 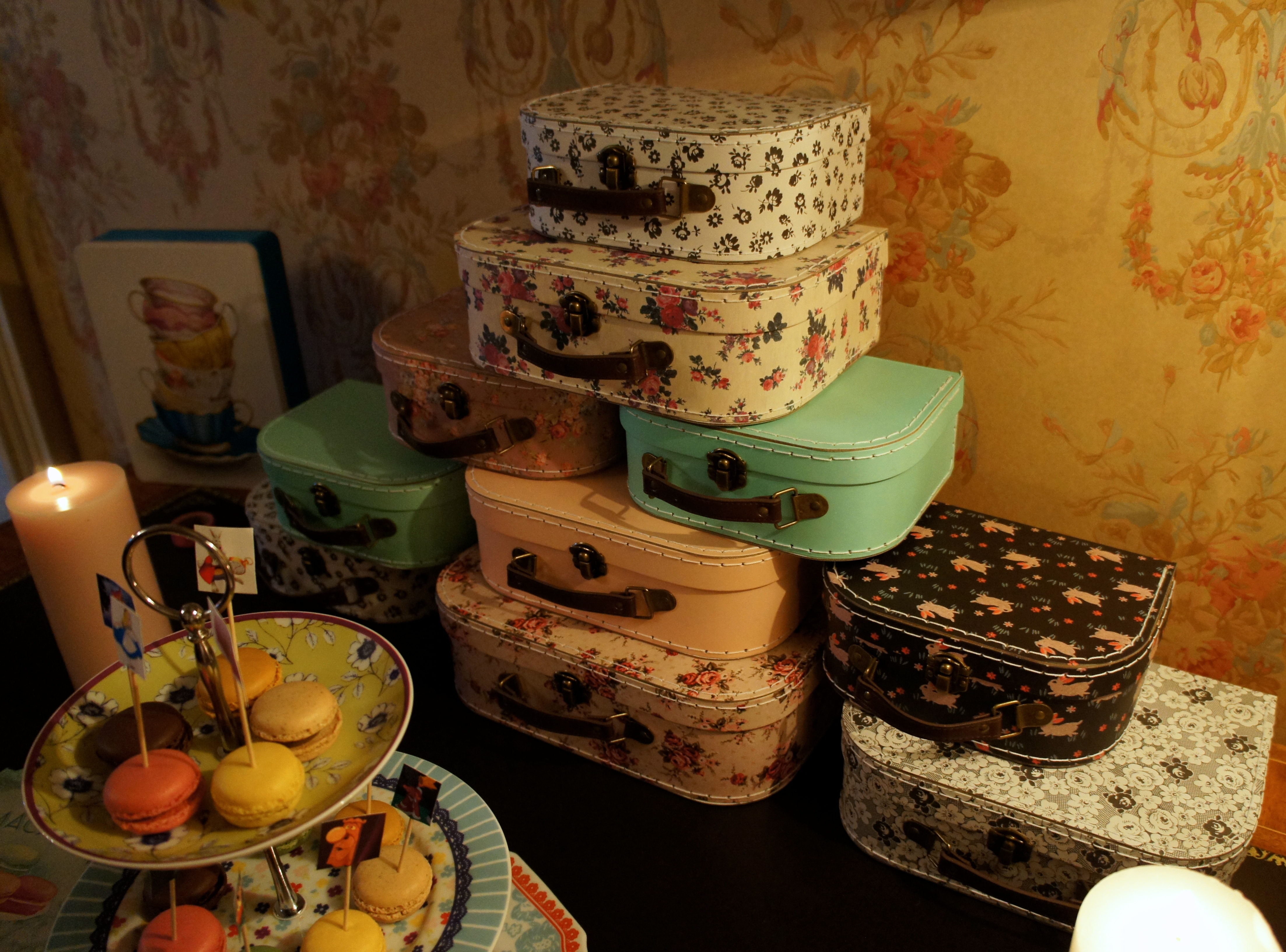 And as if all that weren’t enough, all my favourite things were present and accounted for too – Veuve Cliquot Champagne, magazines (hello Vogue!), facinators, lace, pearls and bubbles – but most excitingly, were the gorgeous Alice in Wonderland inspired decorations! 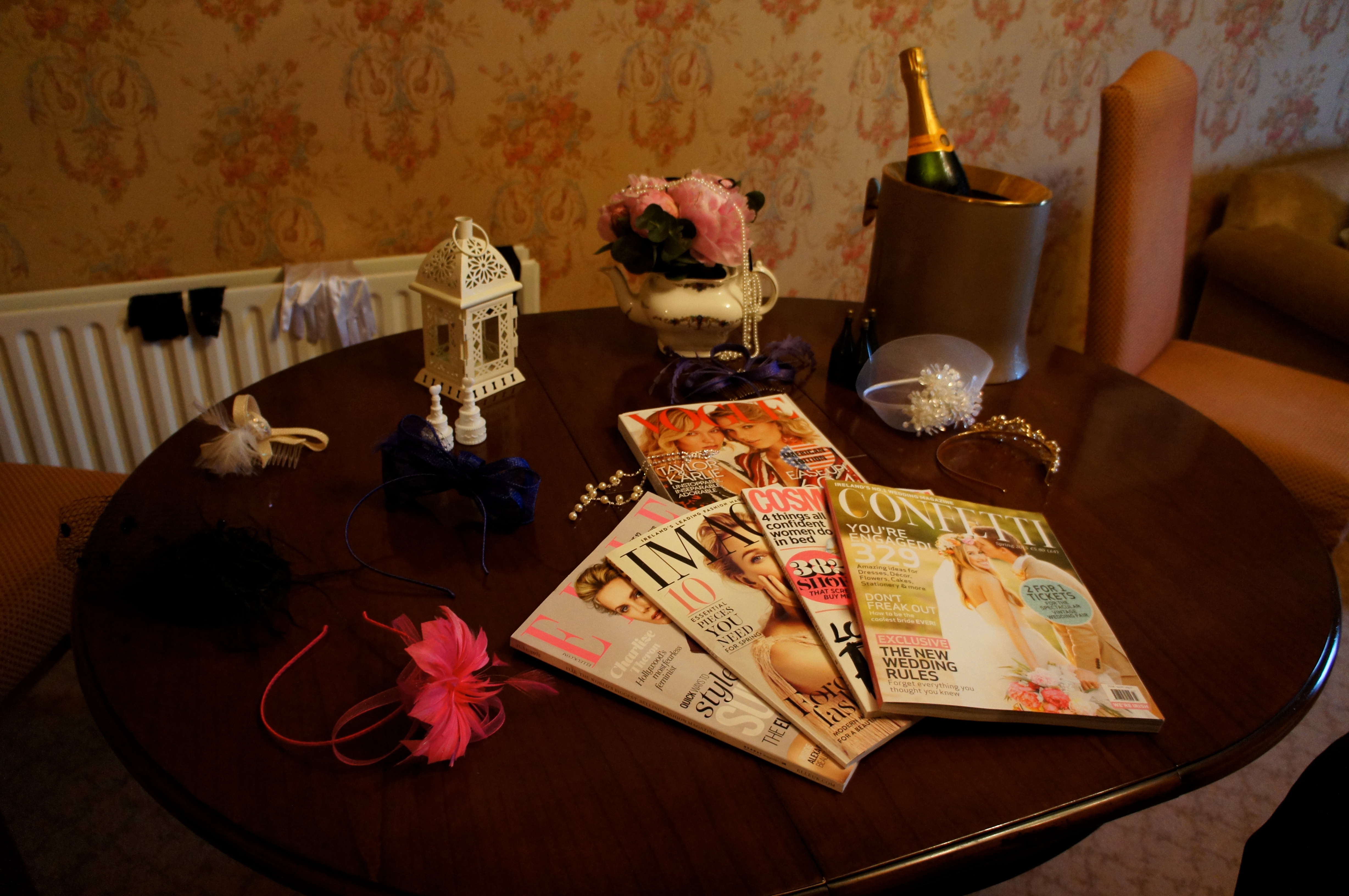 You see, my first major role back in my ballerina days, was as ‘small Alice’ in ‘Alice in Wonderland’. At the time I was about eight years old, it was an incredible experience because it was the first time I had the privilege of dancing with so many older students – definitely whet the appetite even more for the performer in me! 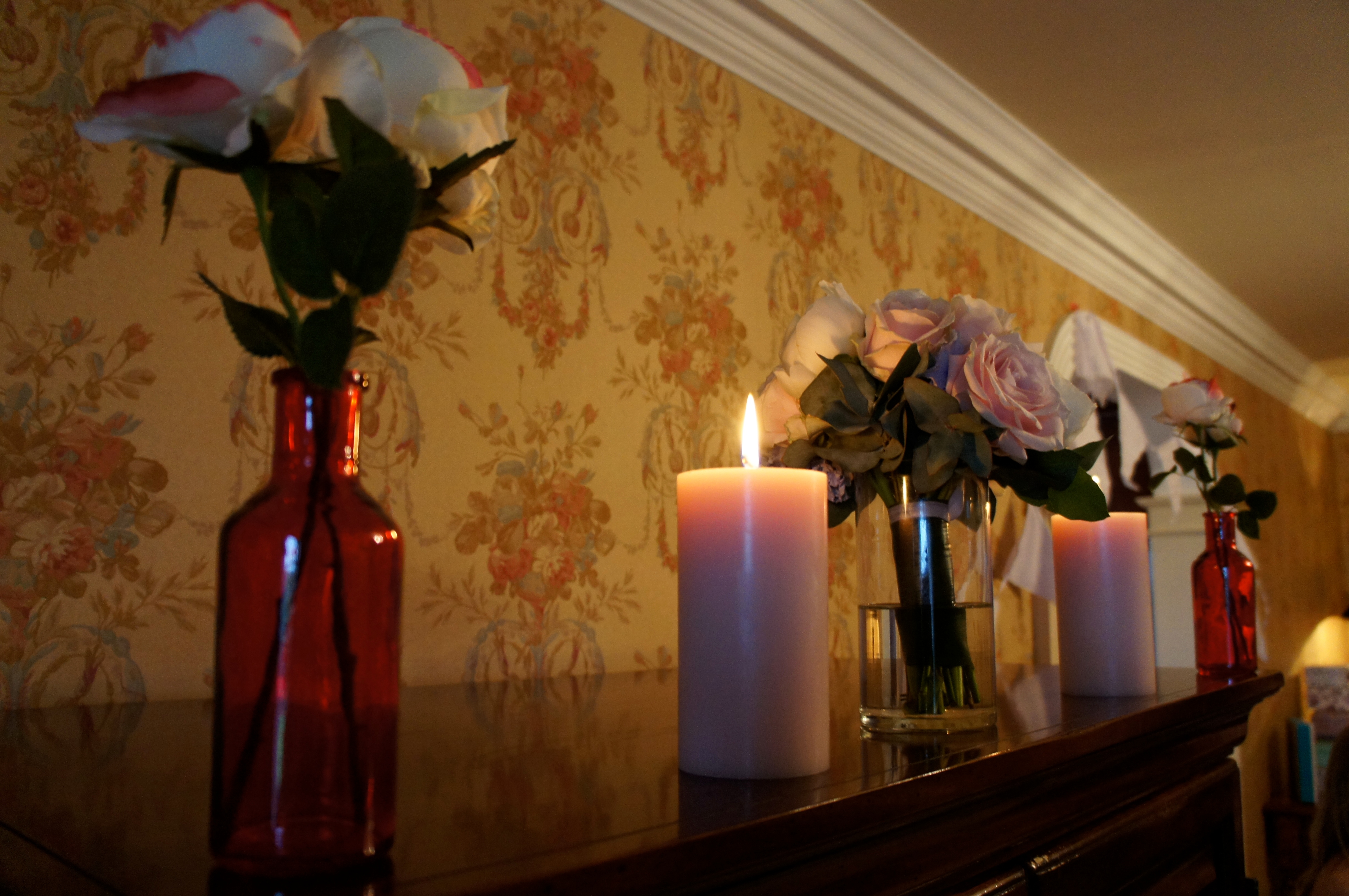 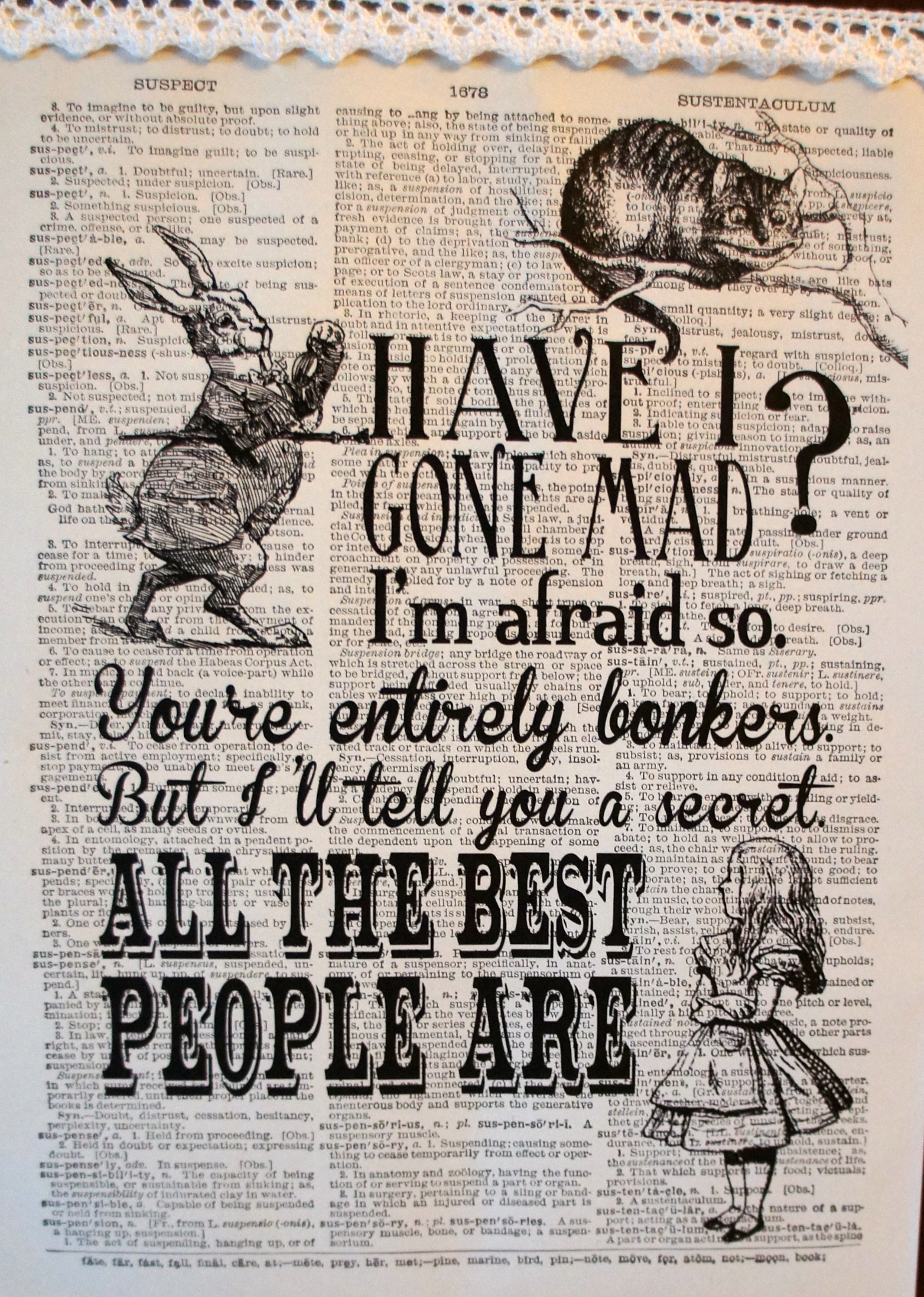 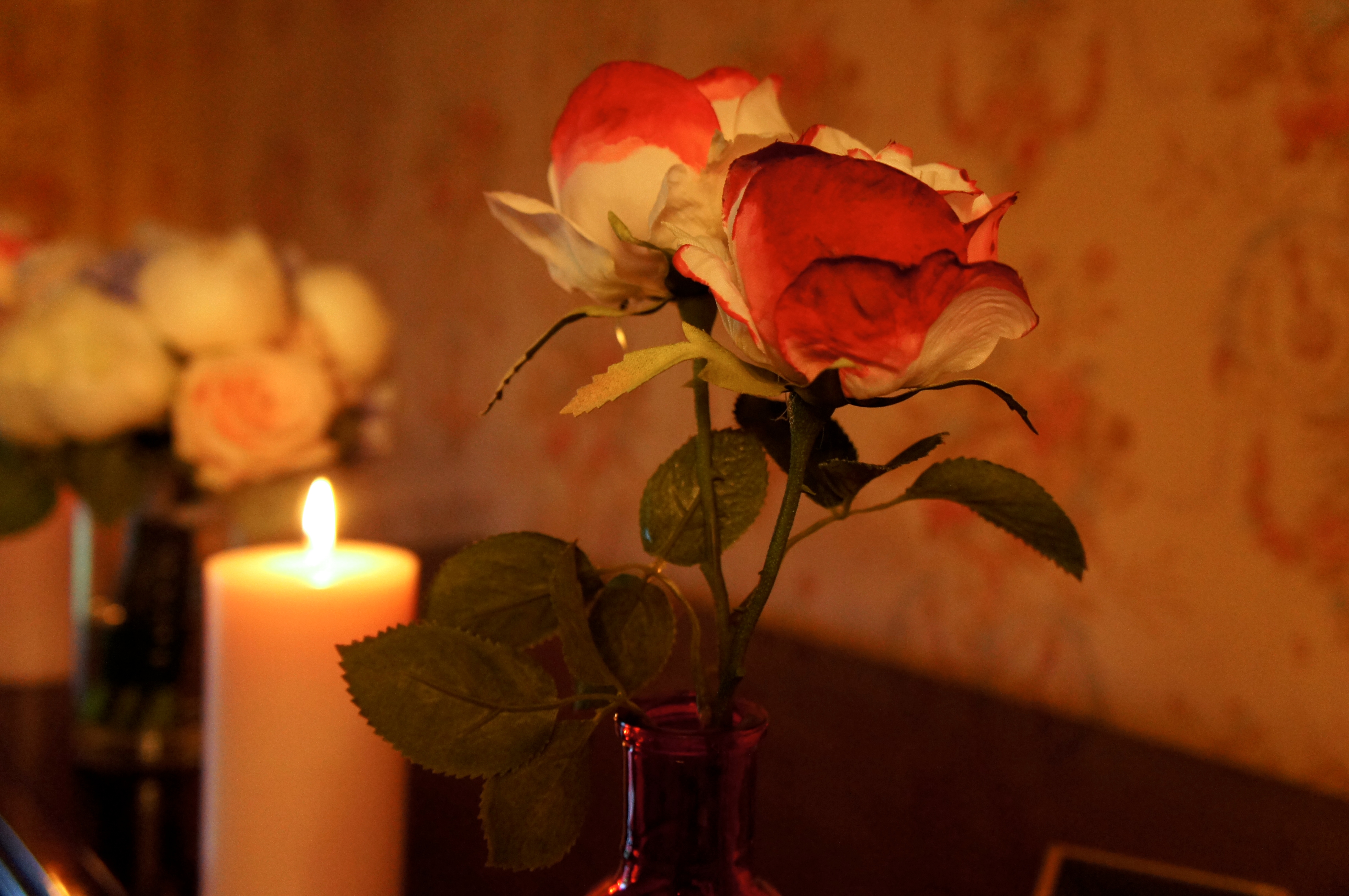 ^ Painting the roses red anyone?! 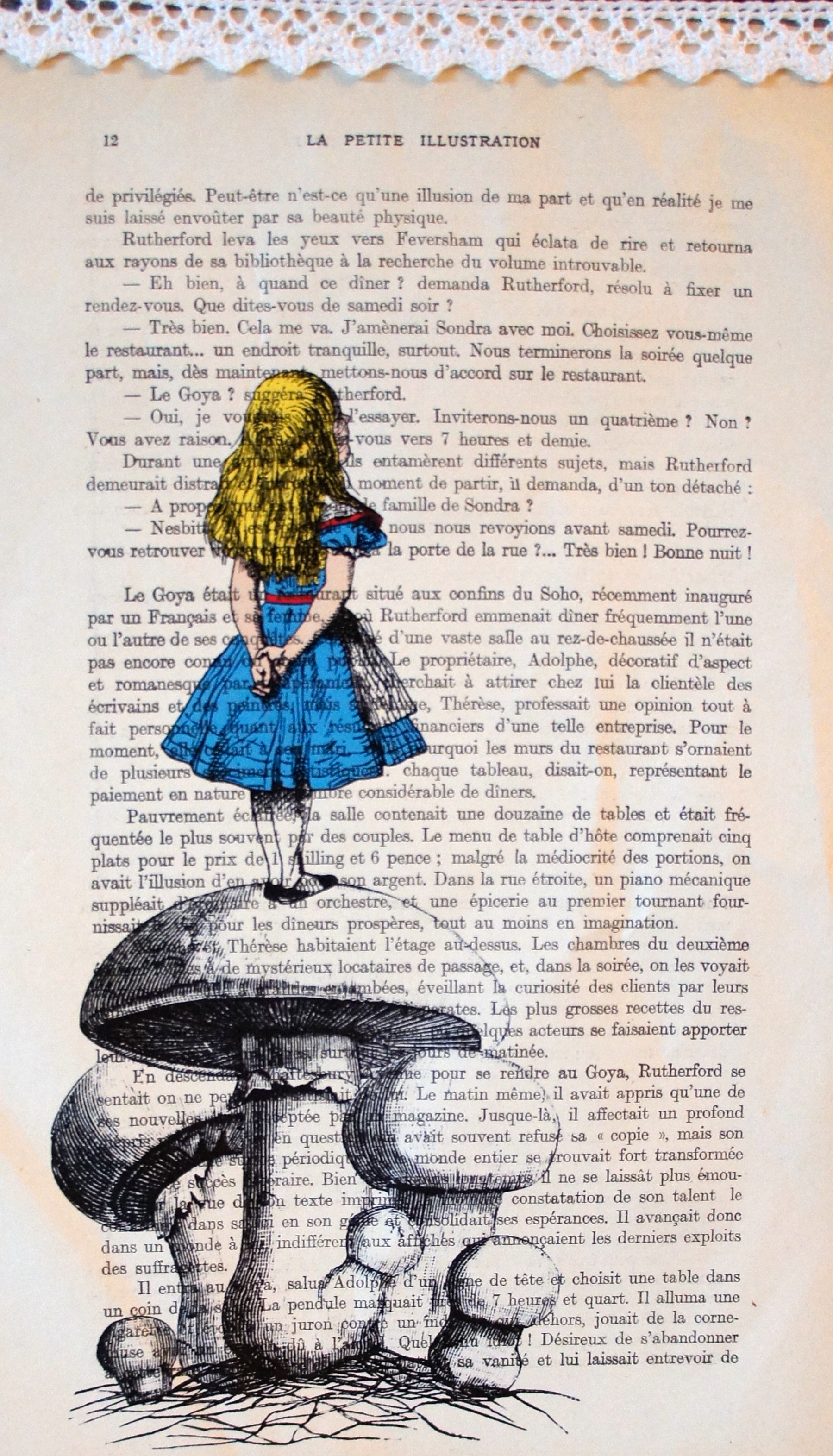 Pinned to the back of the door was an apron – but not just any apron, it was the one I wore when I was Alice, it’s my Moms and she said, to make it small enough to fit me when I was playing the role, she had to take it up and in with various buttons and stitching (you can still see some of the markings, bless her!) 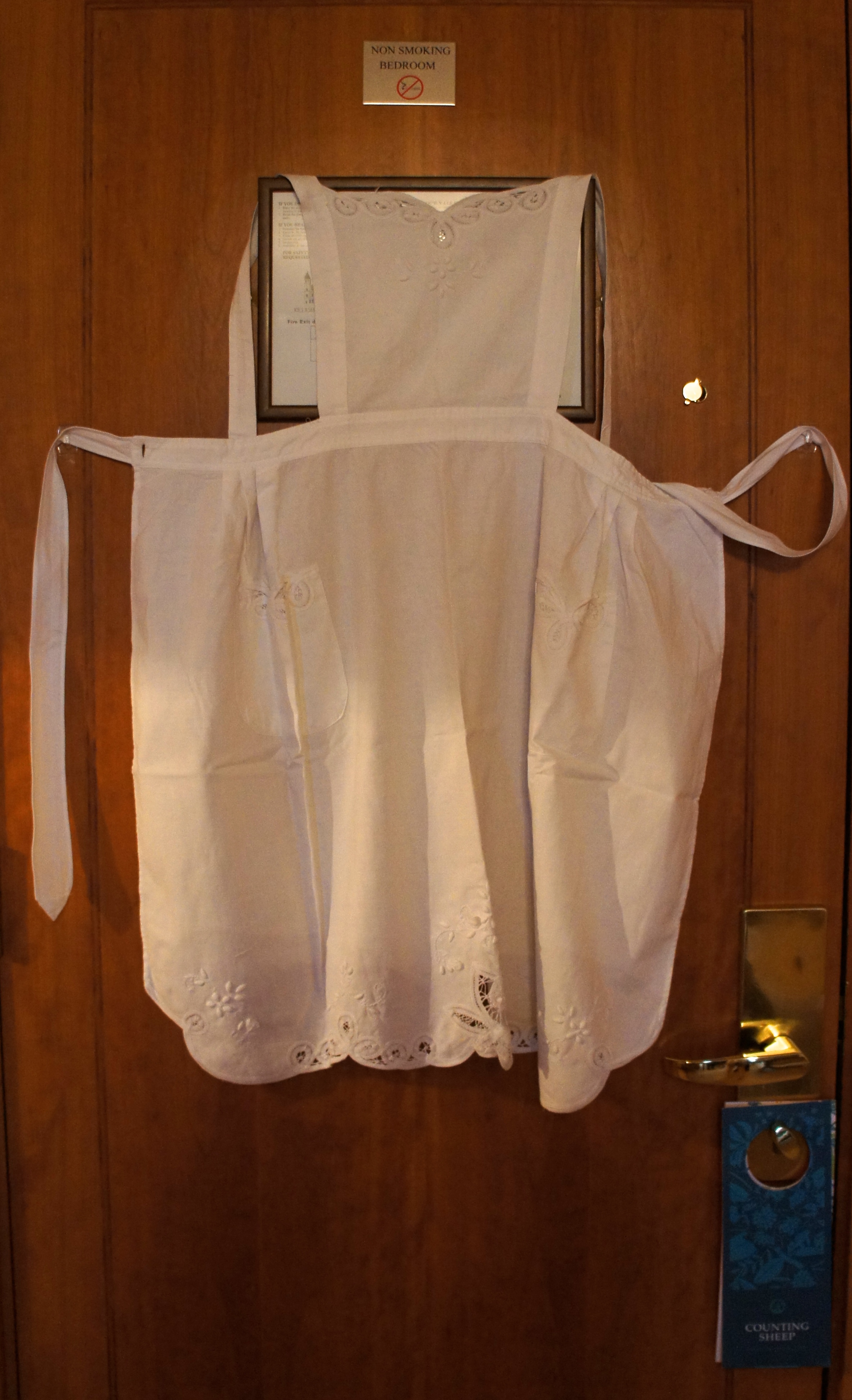 We popped the chilled champagne 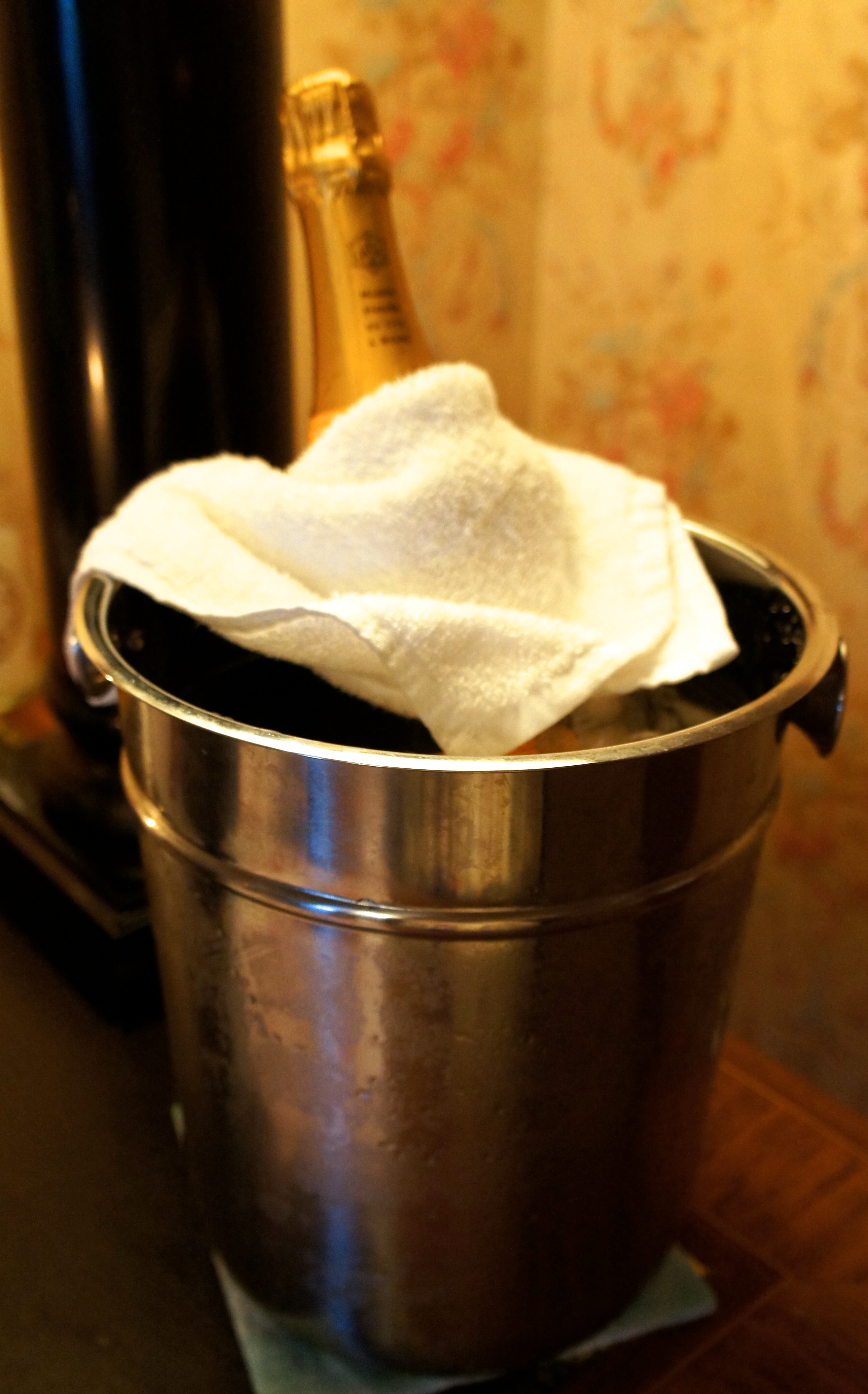 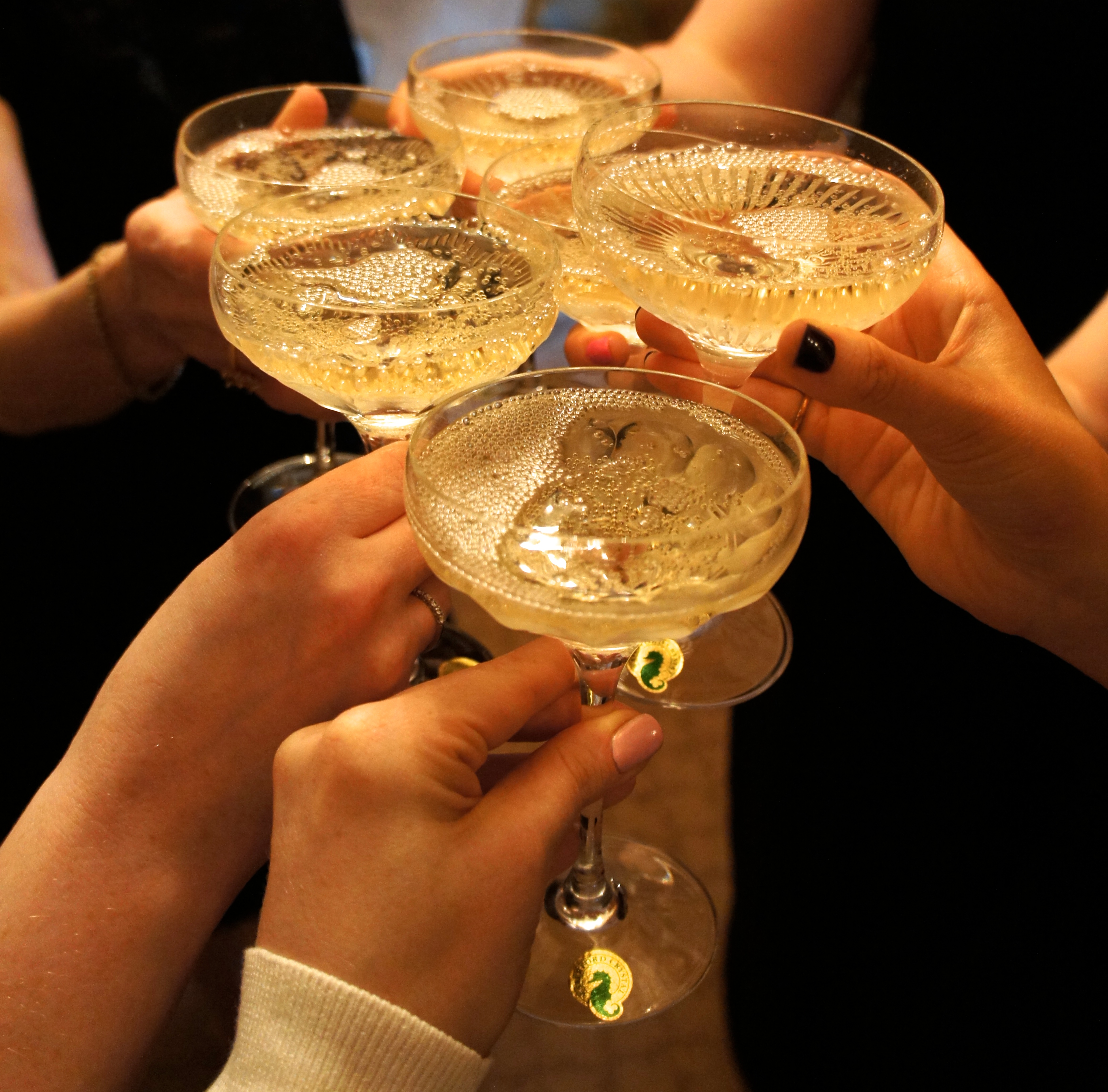 and settled in for some chats and laughs – not necessarily in that order! 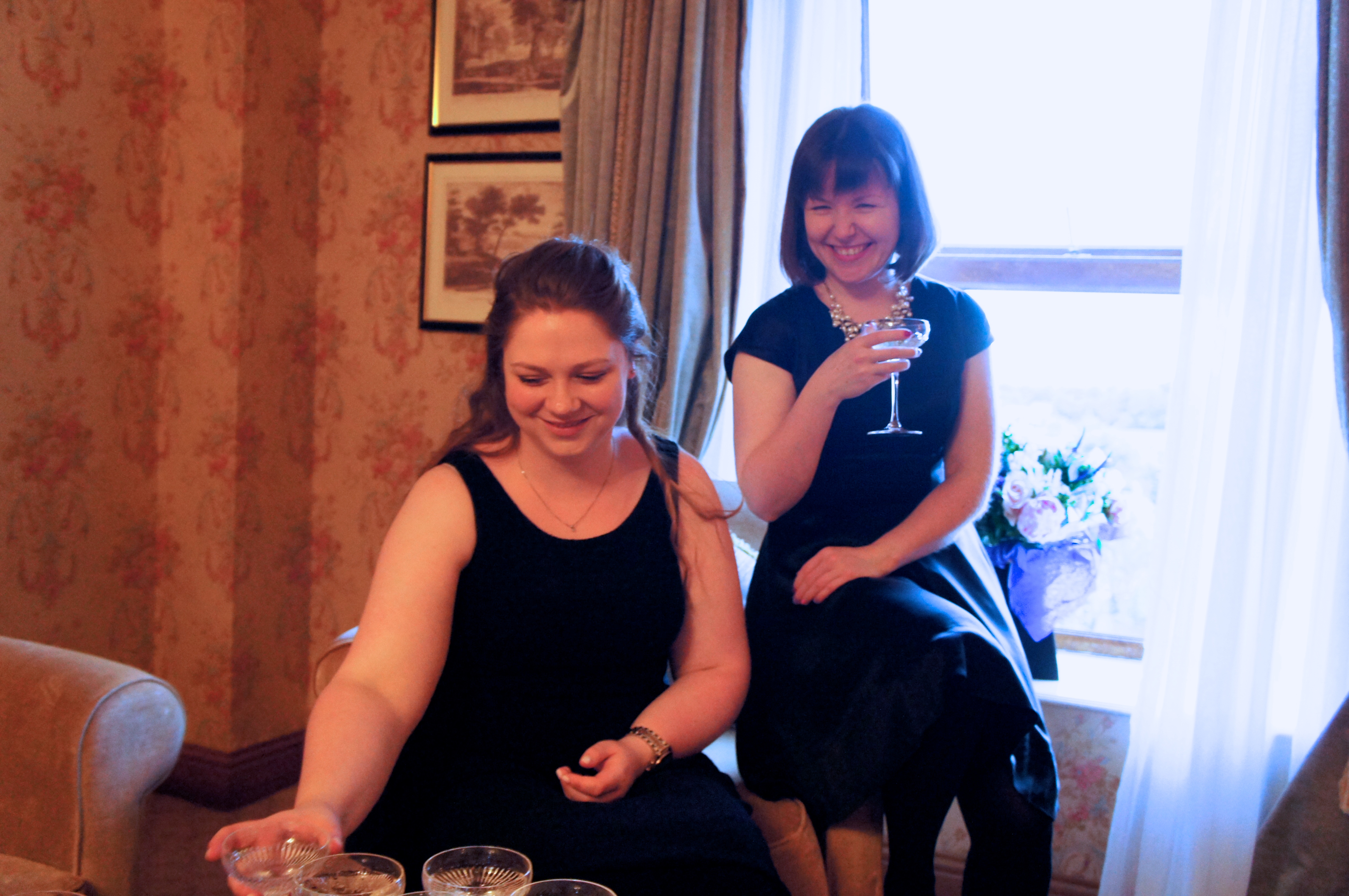 Let us all take a moment to bask in the uber bubbliness of this next shot together shall we? Bask people BASK! 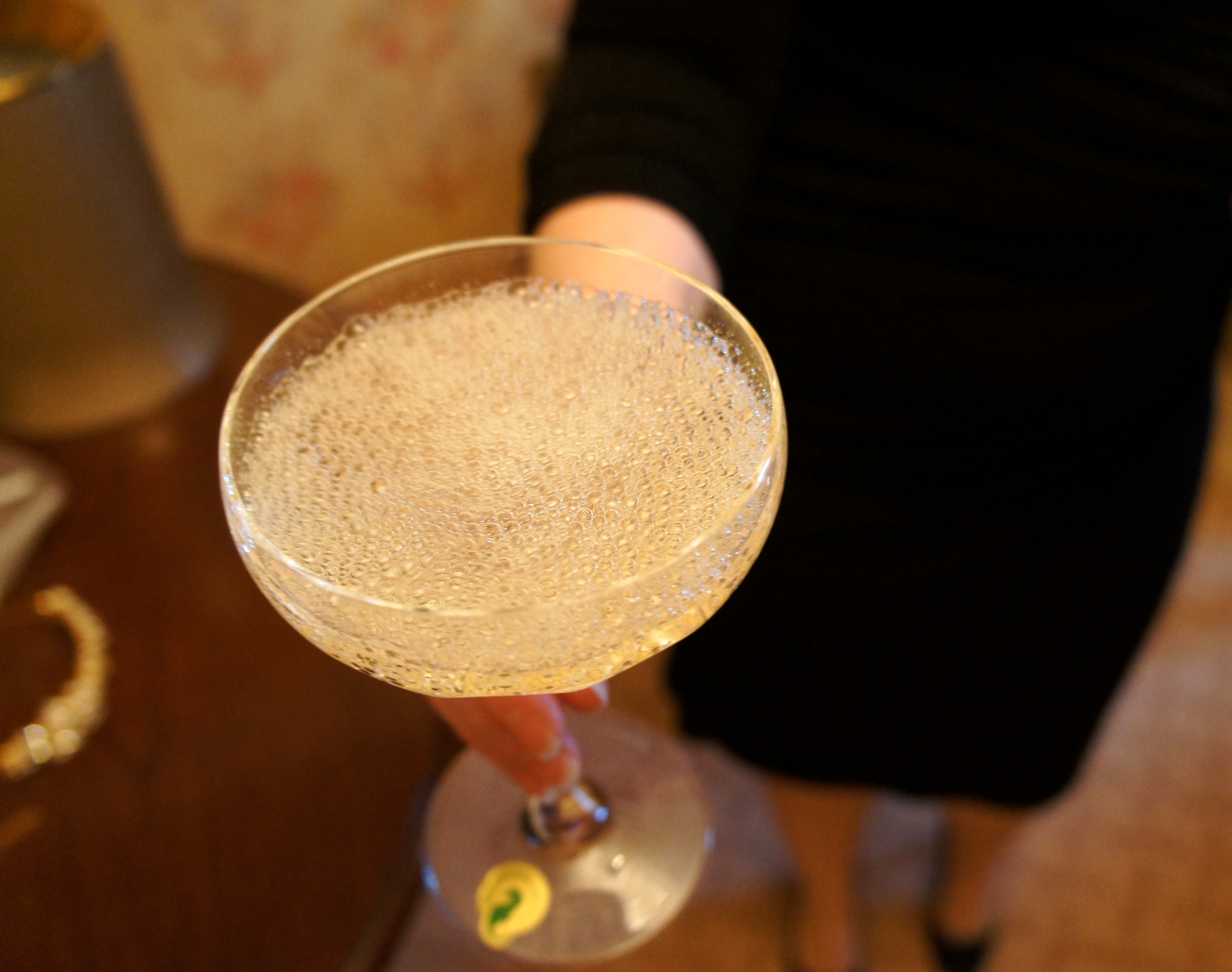 mmmmmm! Don’t you just want to nose dive into it?!

I barely had time to notice everyone’s gorgeous outfits when Sis hands me a book and says, “this is for you”. A black book with gold writing, it had my name embossed on the front with the title ‘Memories and Recipes’ 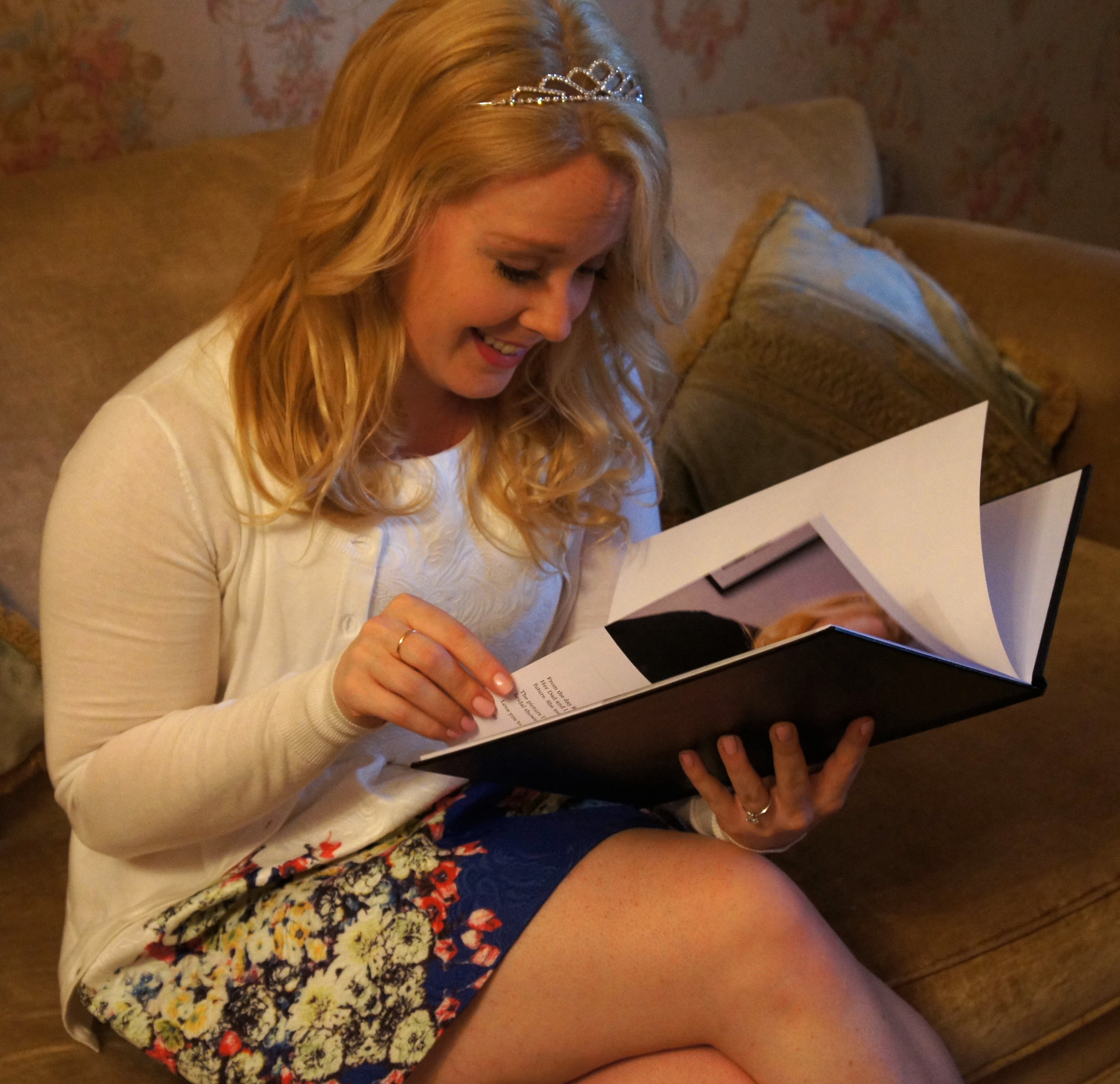 Everyone had two pages, one for a photo and a story and one for a recipe, Sis asked me if I was going to read the stories out, I decided not to as I thought it would be better if everyone could just take a gander at it if and when they fancied – and lucky too! Because when I did get to read them later, some were so heartfelt and nostalgic that, my little peepers got a touch watery! 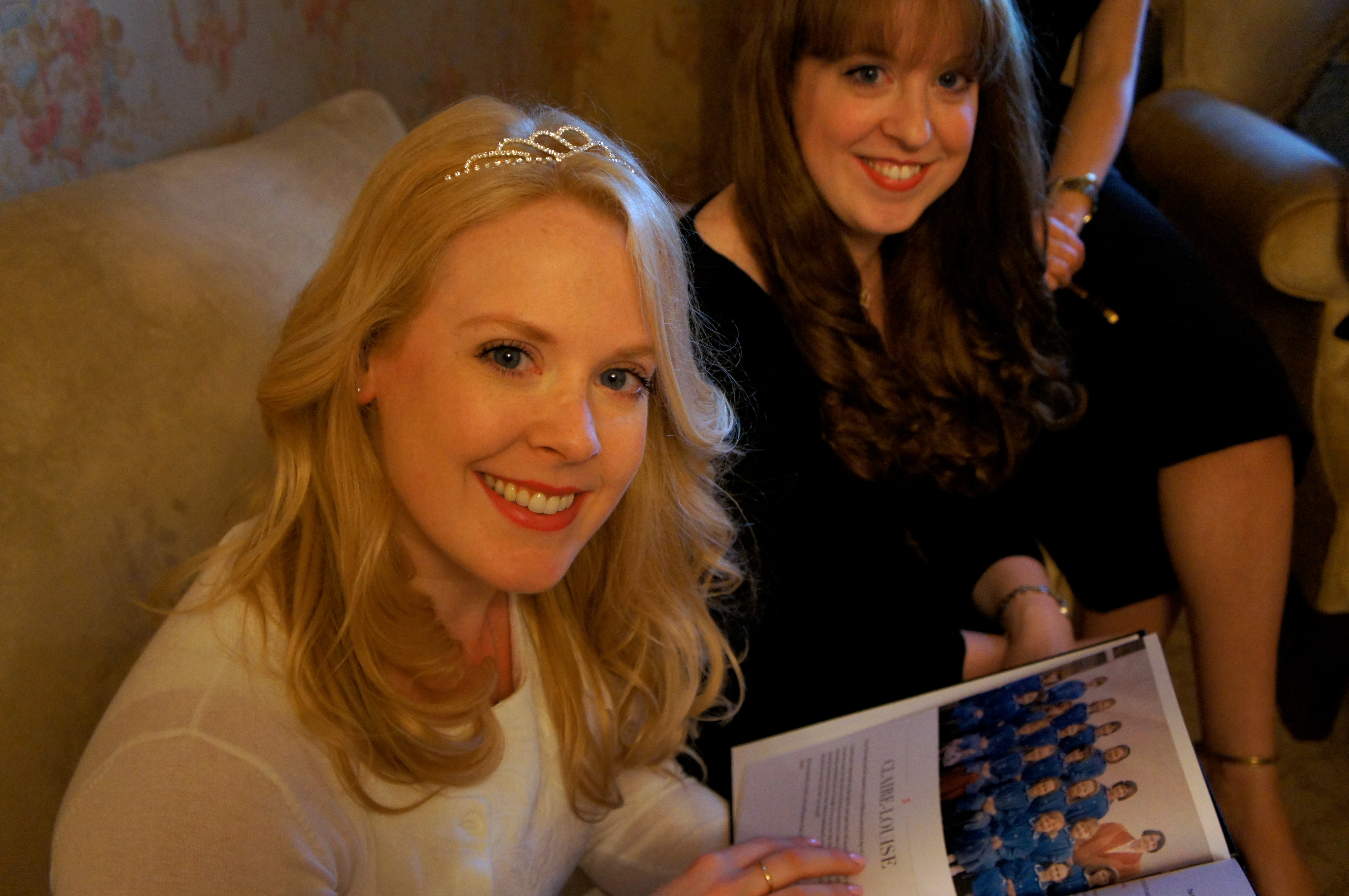 I can only imagine the effort that Sis put into compiling the book, because not only did she get recipes and stories from everyone at the Irish Bridal Shower, she also got them from everyone who had been at the London Bridal Shower too! An amazing keepsake for me to have (plus you lovely lot will definitely benefit on the recipes front, the girls have packed some corkers in there that just have to be shared!!)

After the book had been passed around Mom started handing out the vintage cases – they were Bridal Shower favours! 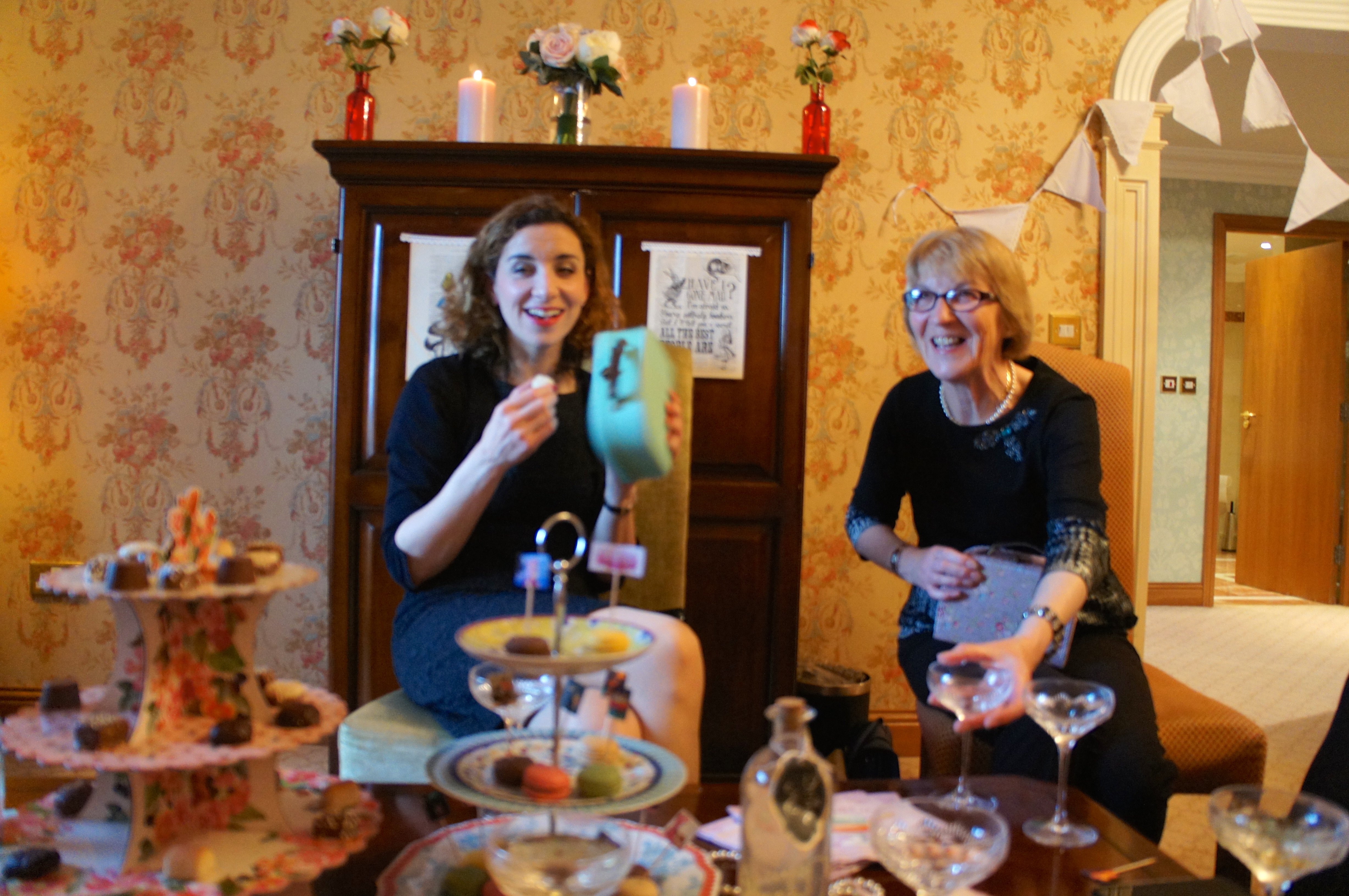 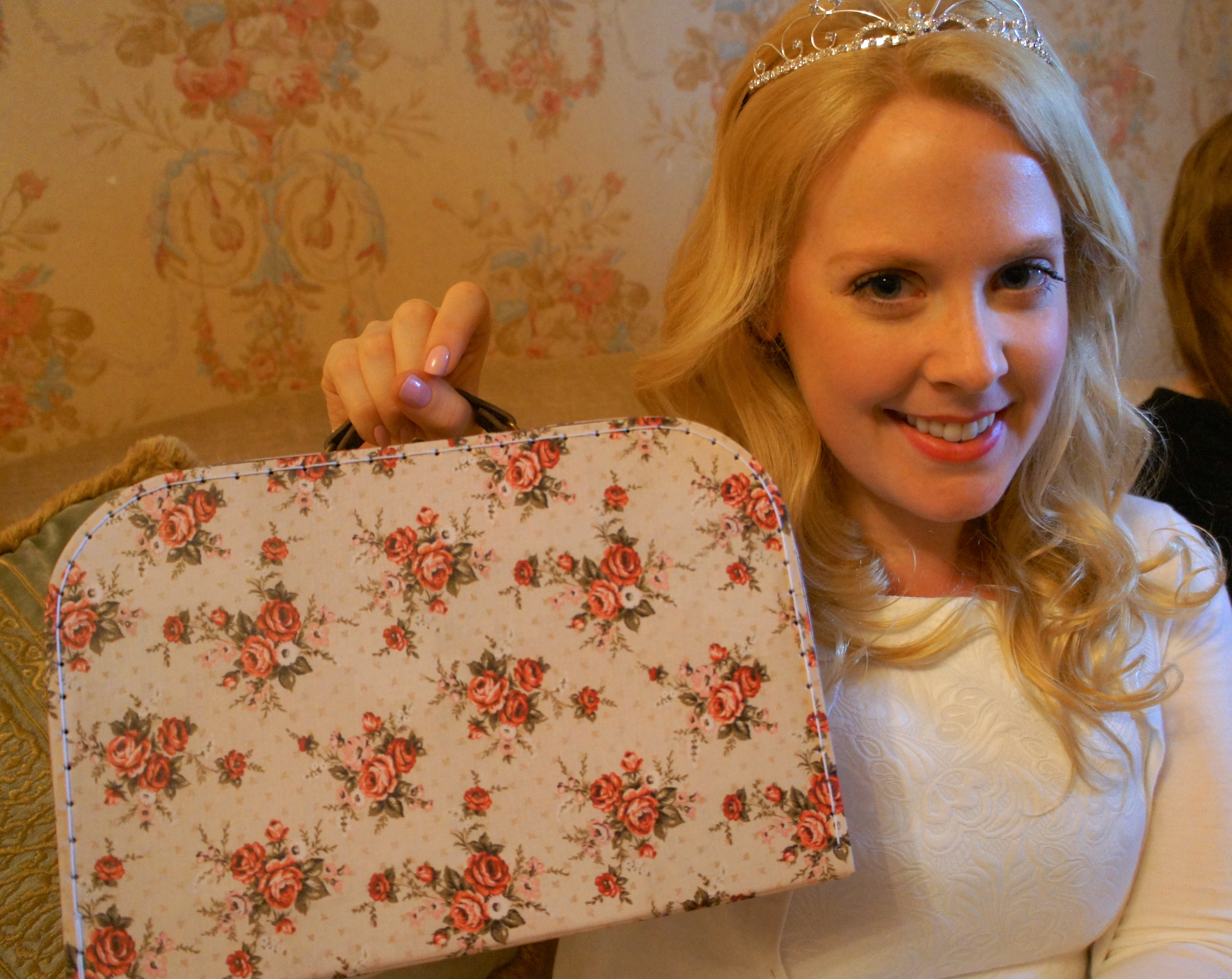 In each there was a lip balm, deodorant, hand cream, make up remover wipes, cupcake cases and Champagne! (I swear we weren’t sponsored by Nivea!) but in mine there was also ANOTHER tiara and this one was big! Apparently night time = big tiara!

I can definitely get on board with this theory! 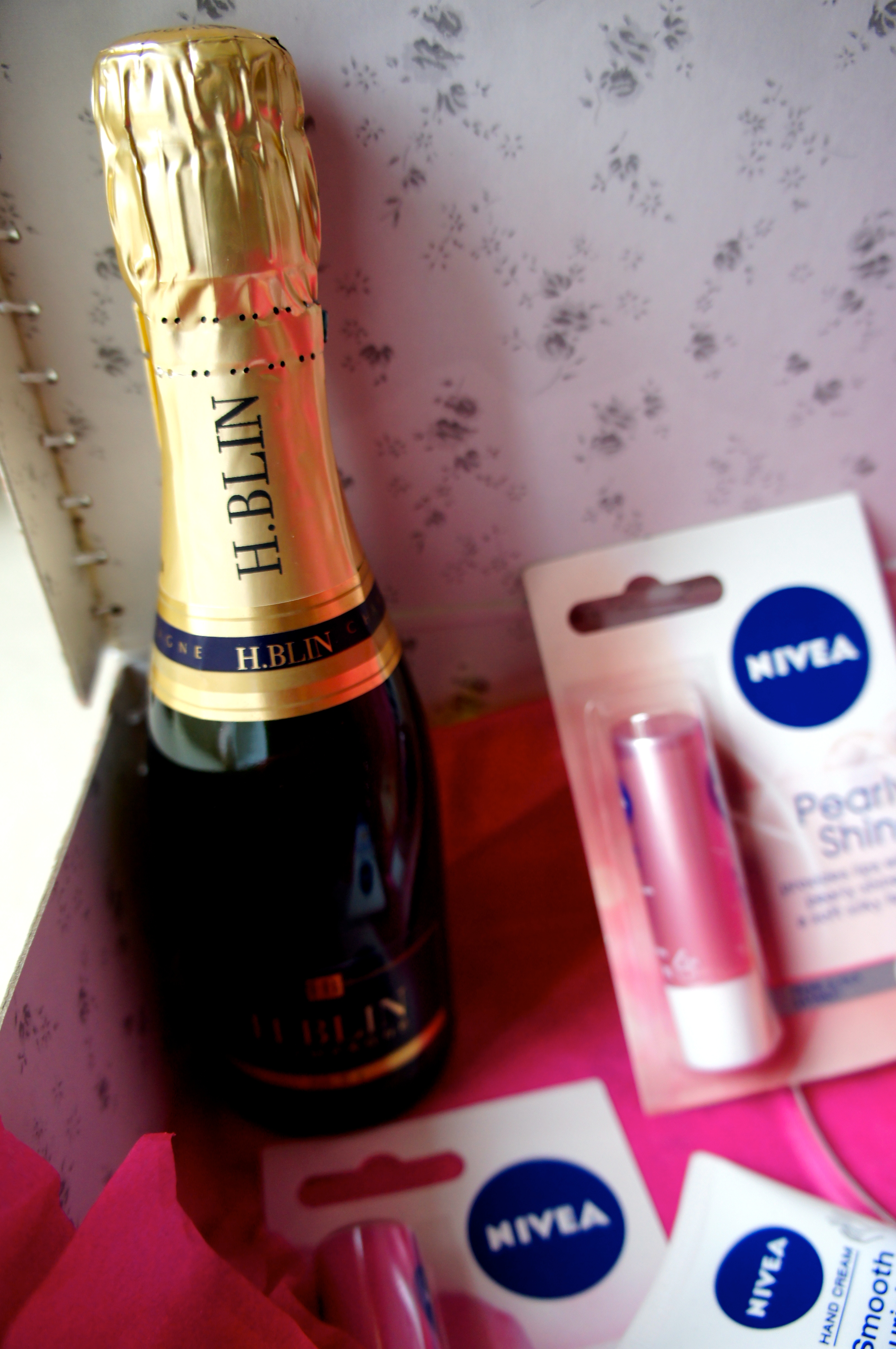 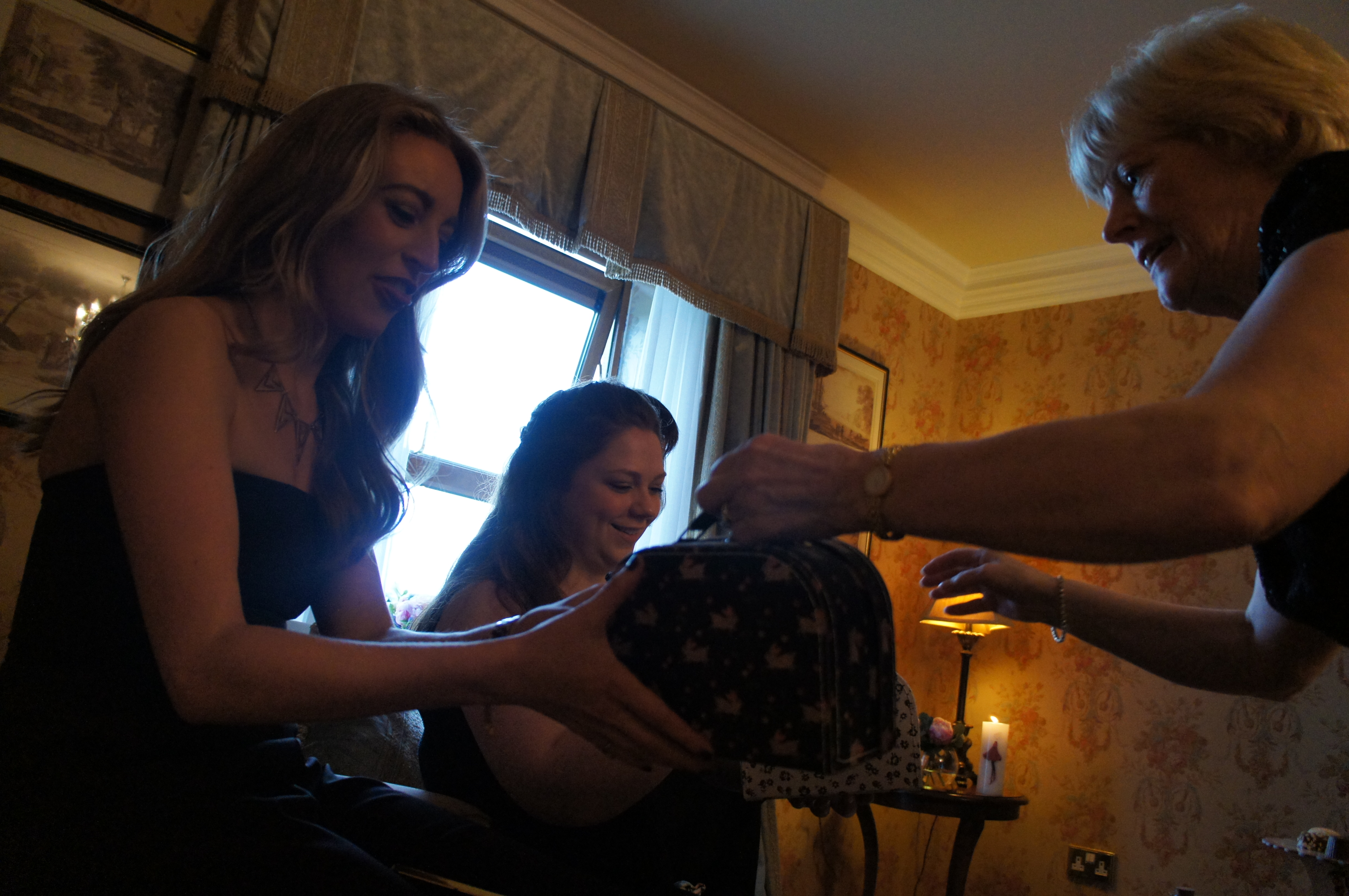 ^ Katie is definitely in the process of saying thank you – such a polite little flower so she is!

While still enjoying all of the lovely treats, we tucked into some yummy, pre dinner macarons (cheeky!) 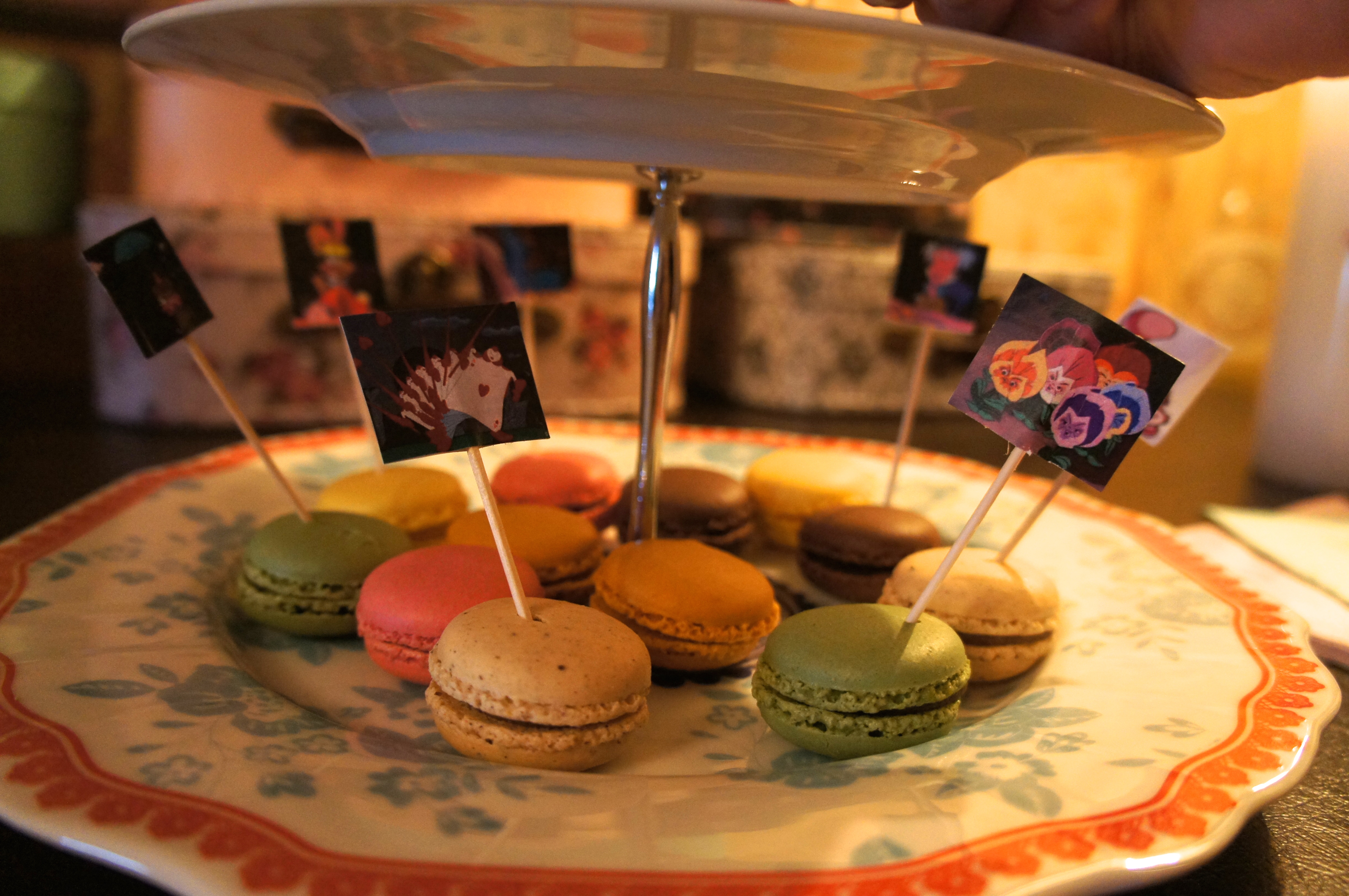 ^ Those pansies were definitely the original Mean Girls! 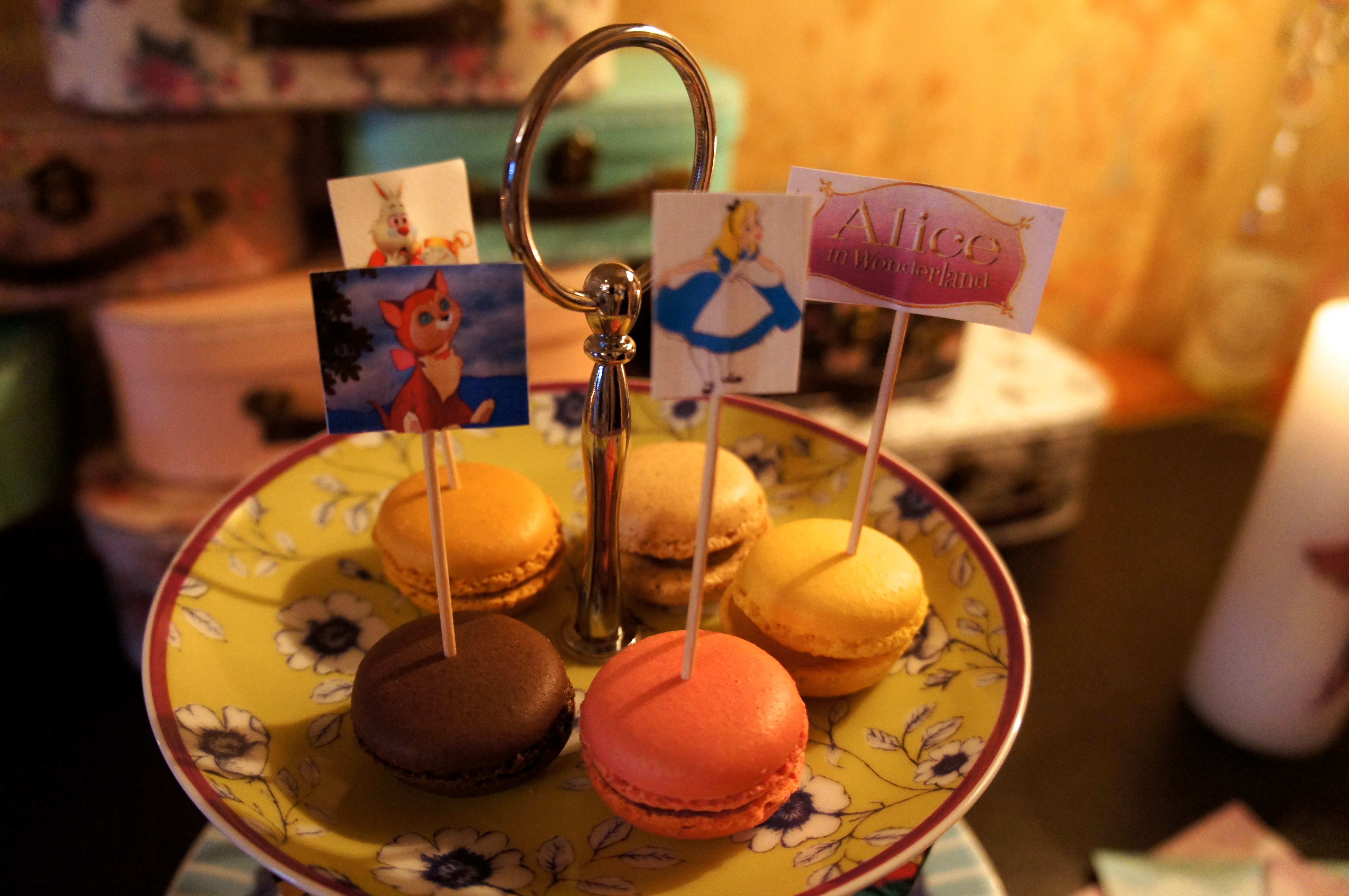 After the book had been passed around and lots of treats had been consumed, we all got together for a couple of group shots – can you spot the difference?! 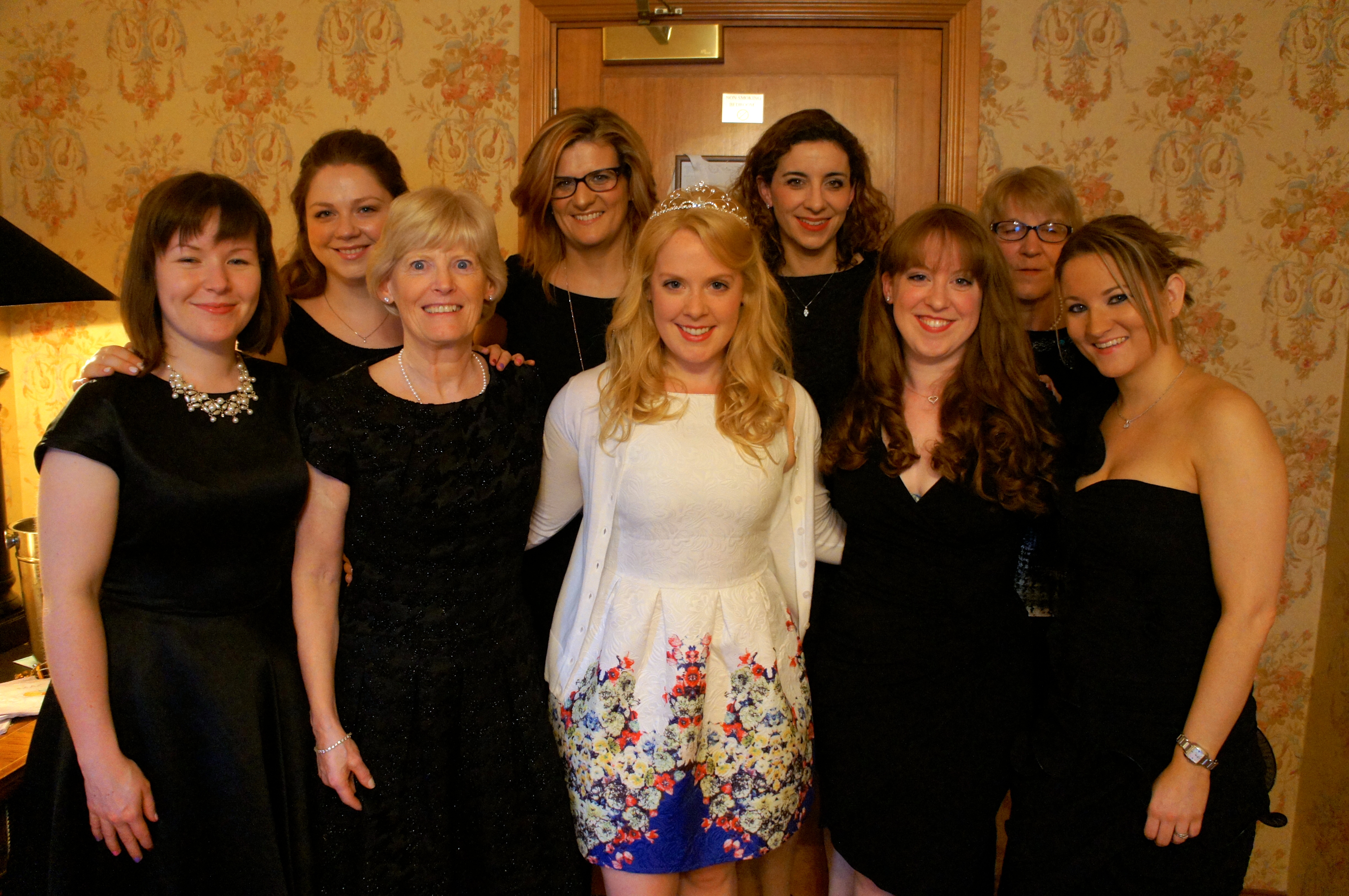 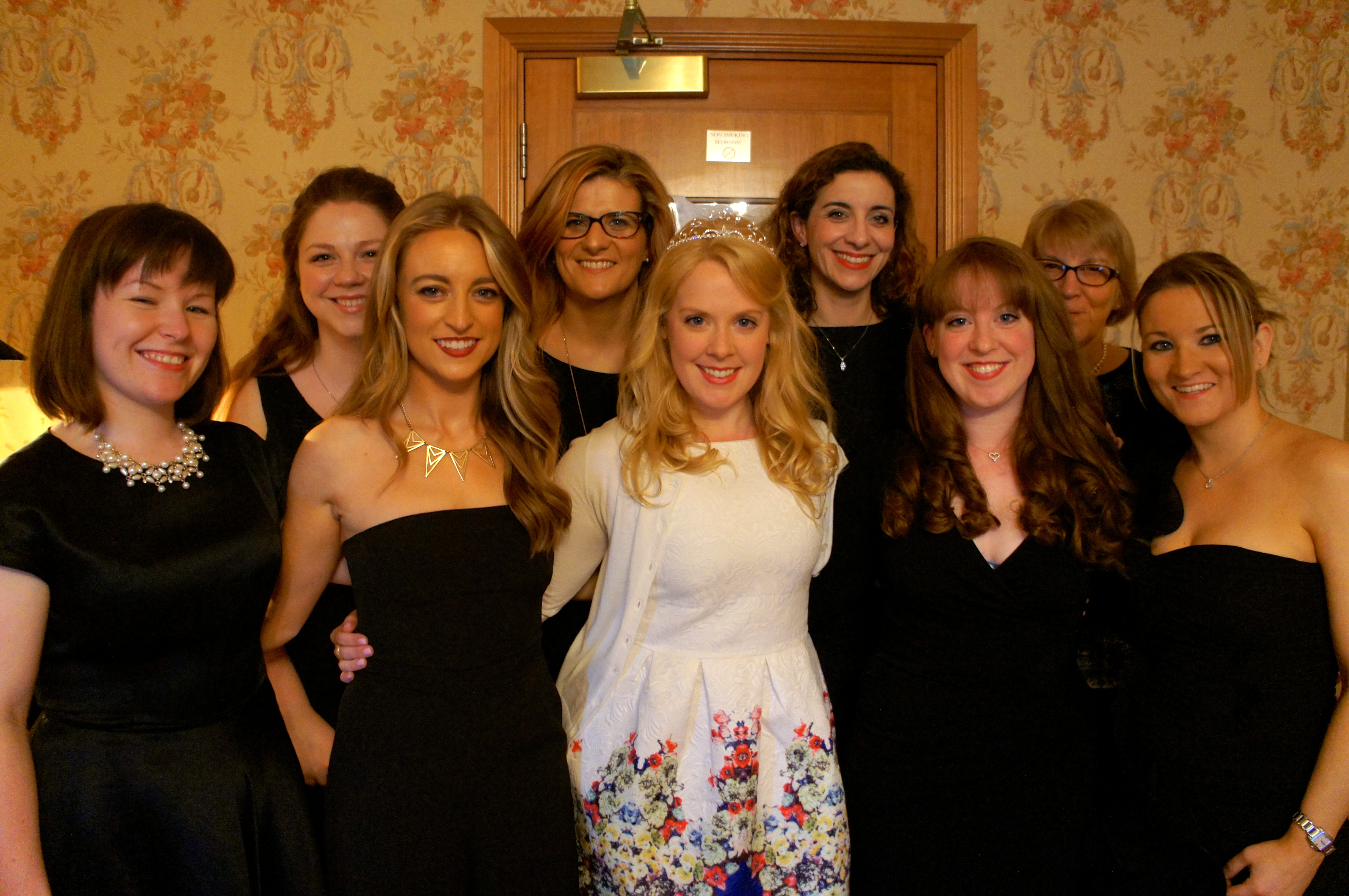 To be honest, I was having such fun, I quite forgot that this wasn’t all we were doing! So it came as a bit of a surprise when Mom said “You ready?” 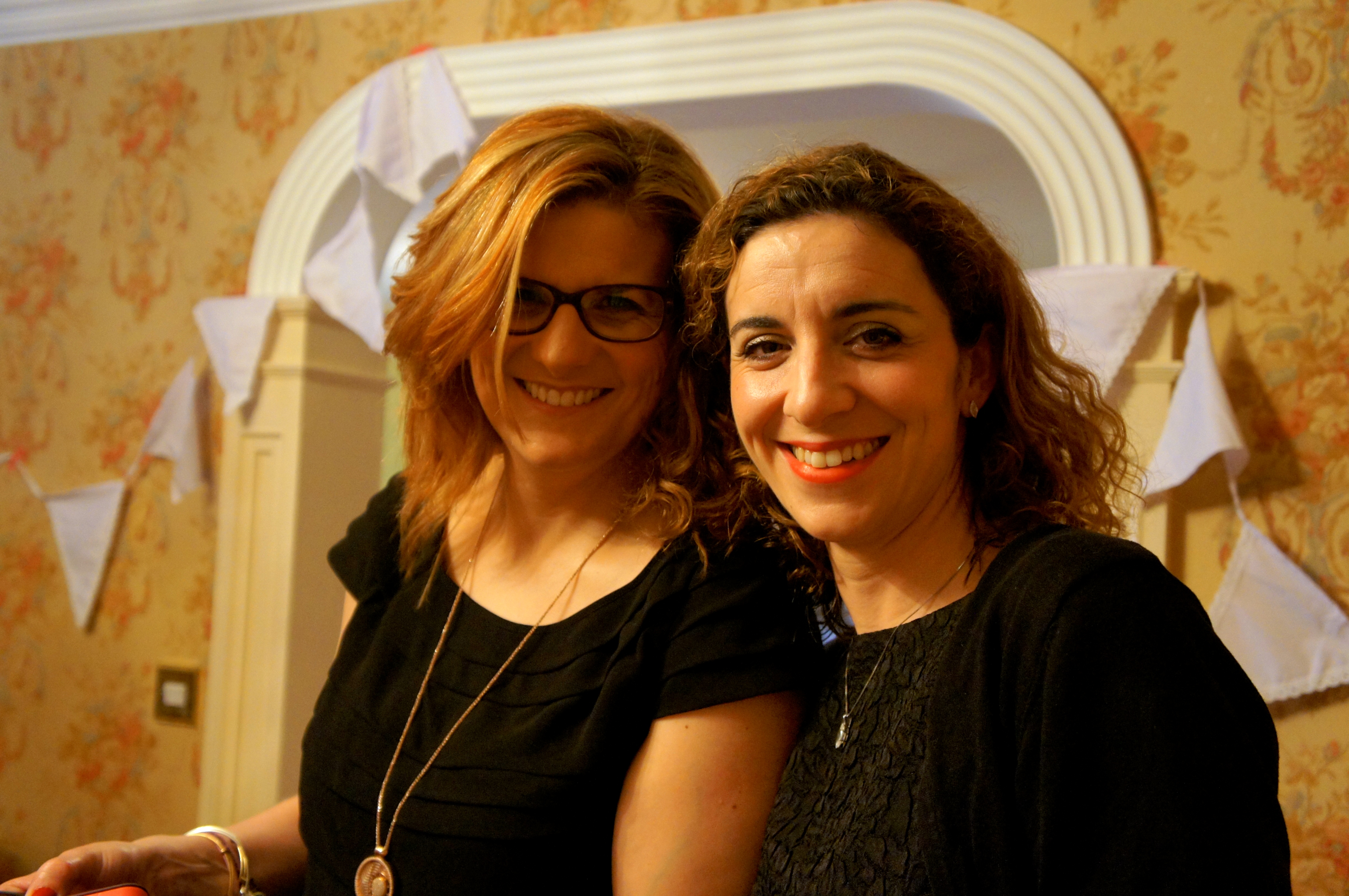 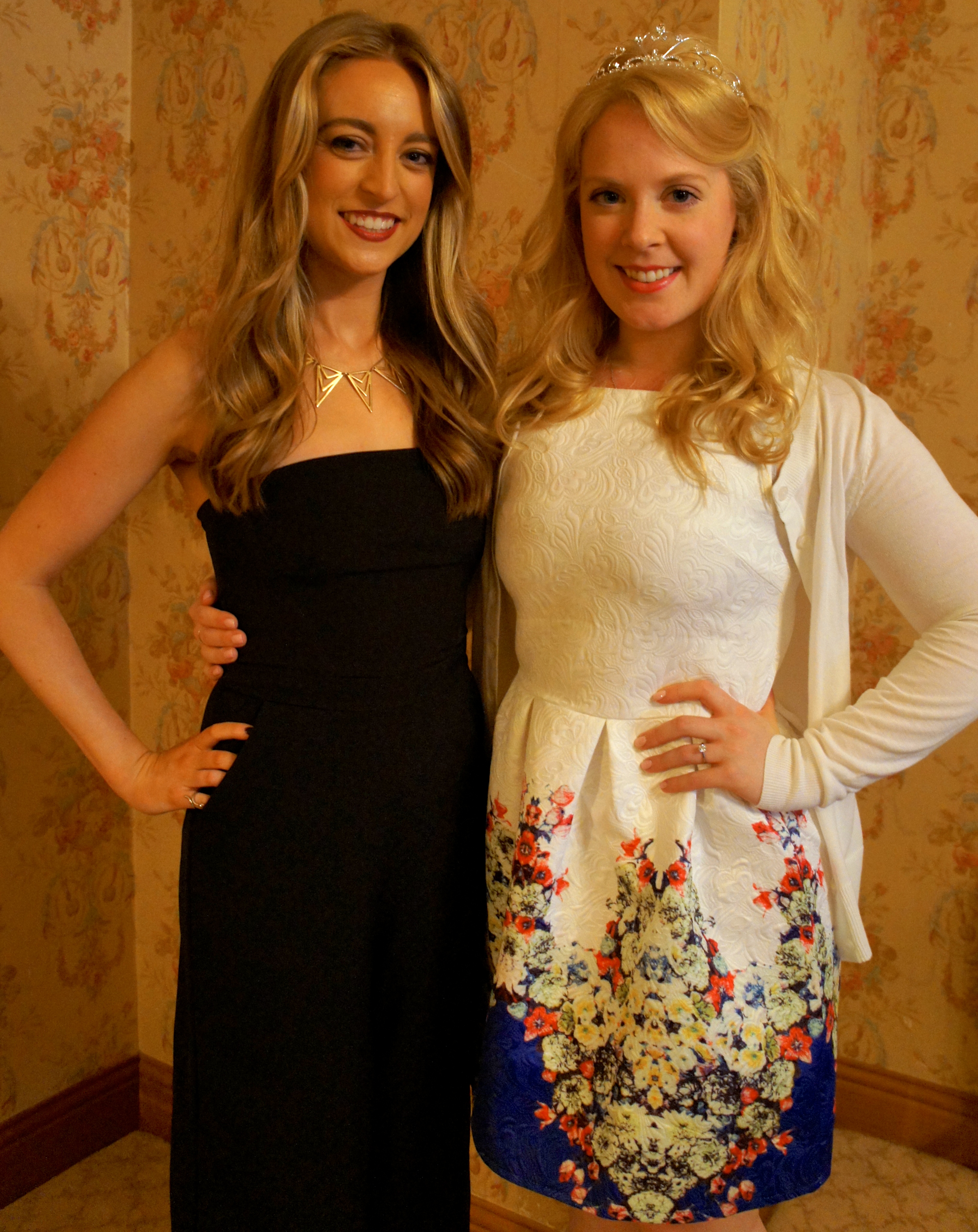 With everyone in tow, we made our way downstairs, click clacking our heeled way across the marble floors towards dinner!