Not so long ago, on a bright Saturday morning, Himself and I were to be found on a train heading North-West for an overnight stay in Chester 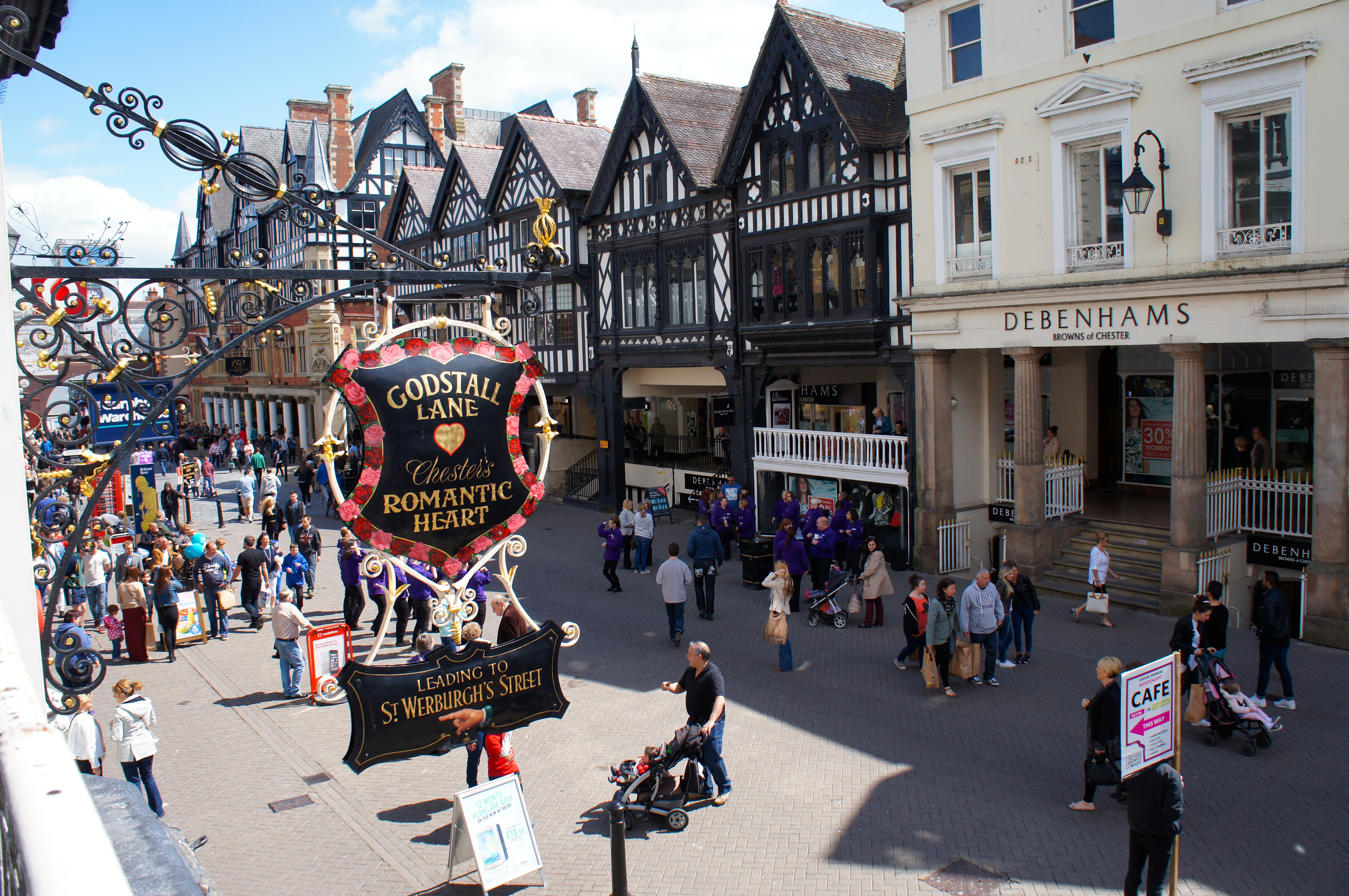 When we arrived into Chester, we walked the few mins into town where our hotel was waiting, glinting at us in the morning sun. 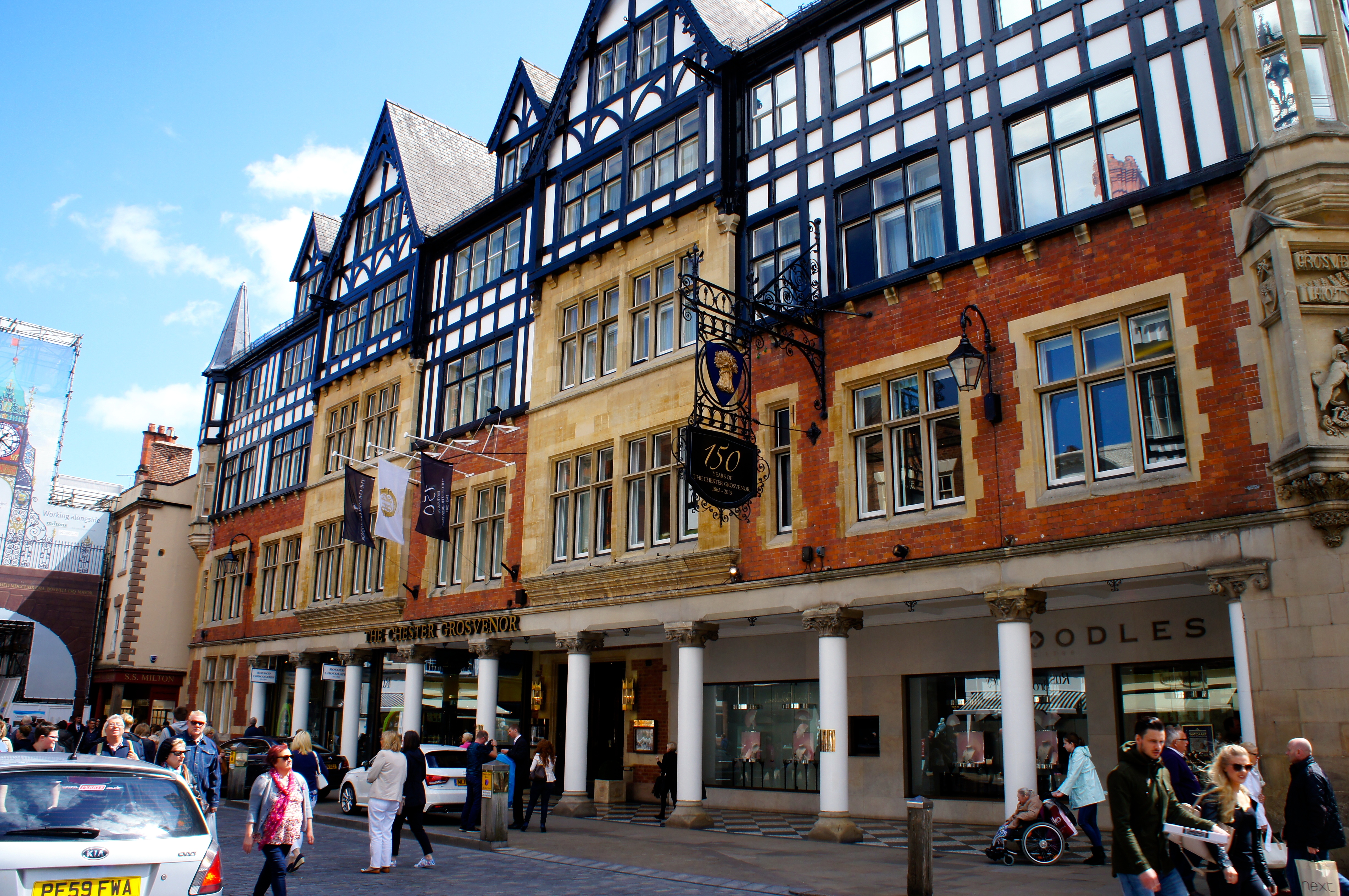 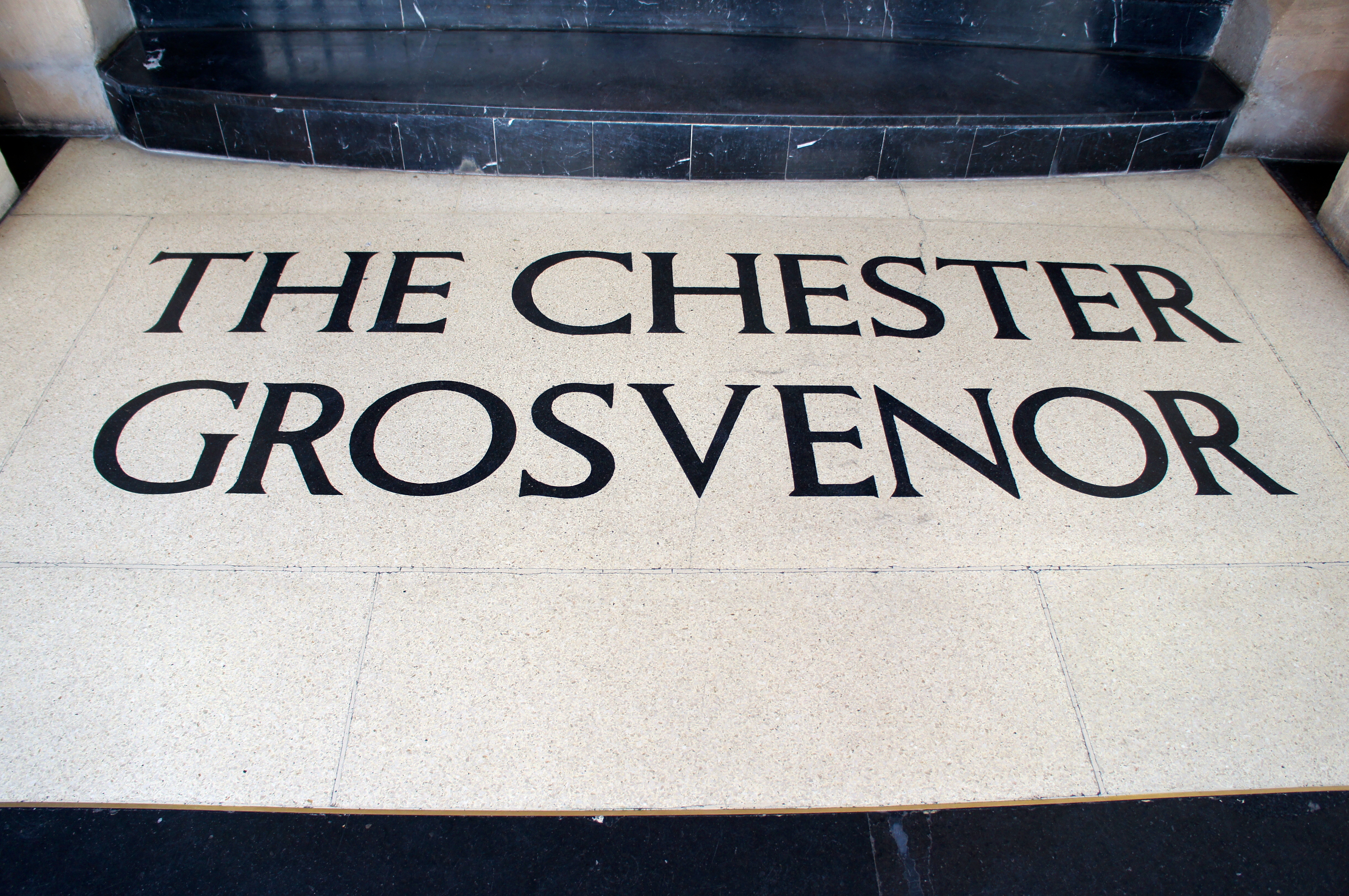 The Chester Grosvenor, situated on the left just after the clock tower, is a five-star hotel currently celebrating its 150th year and with all that history, there’s certainly lots for the eyes to feast on (and that’s before you’ve even spotted that Boodles have set up a sparkly suite in the hotel celebrating the Grosvenors 150 years!!). As our room wasn’t quite ready yet, the Concierge stowed our bags and we made our way out to explore. The town has two levels on either side, each packed to the brim with shops and cafe’s 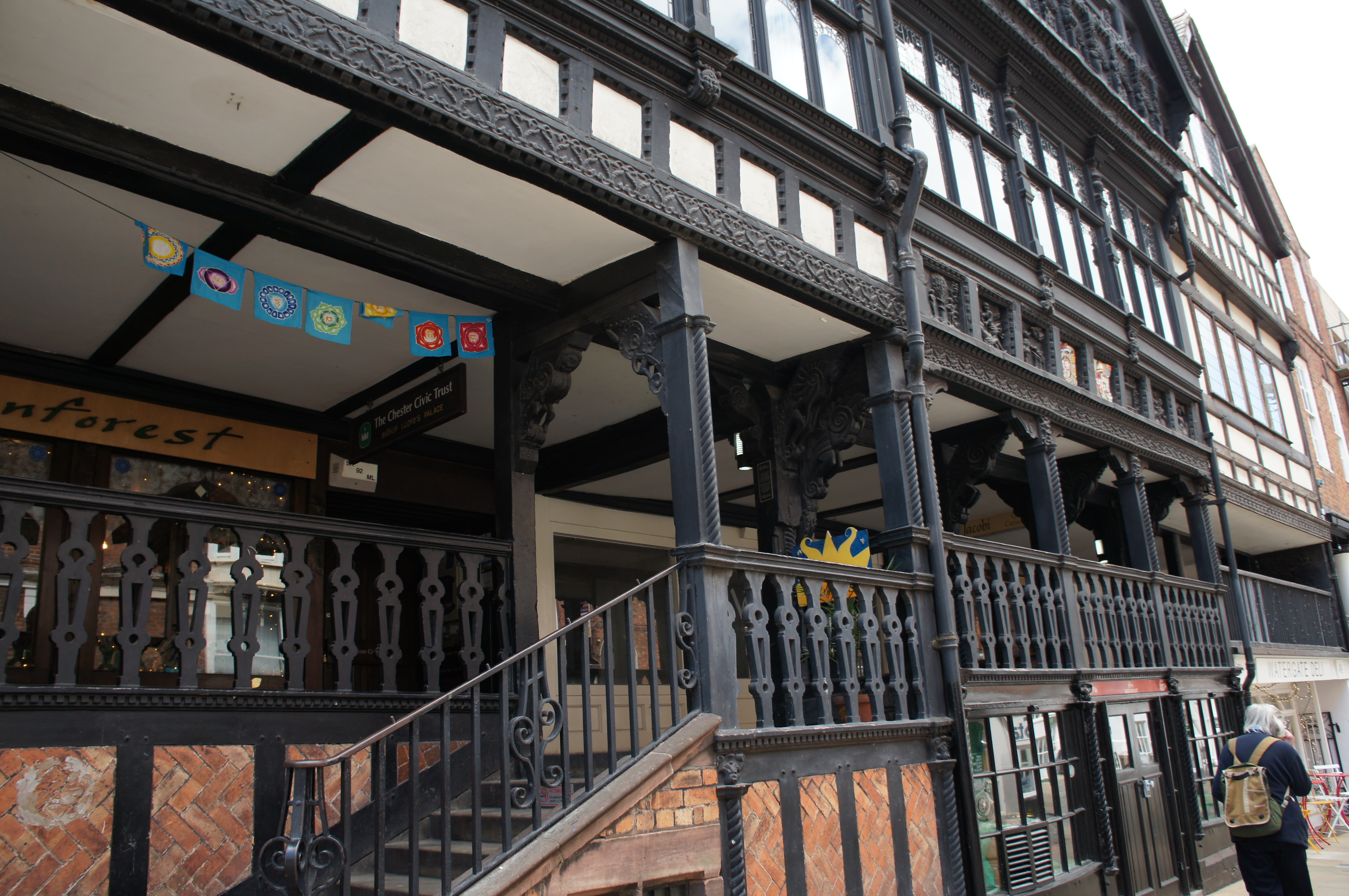 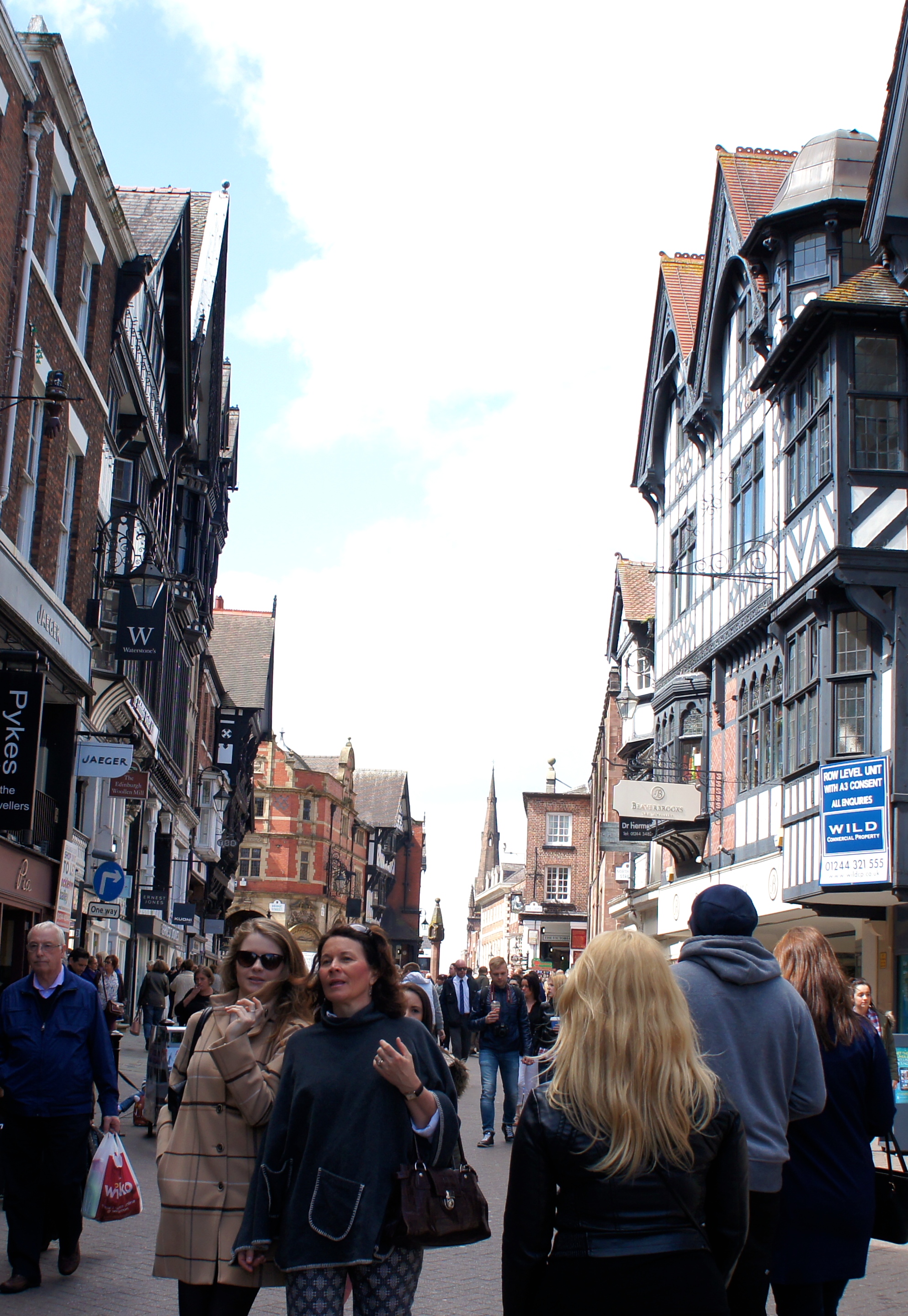 It’s a wonderful place to visit. Your surroundings (due to retaining so much of their classic architecture) really transport you back in time. We went everywhere, scoping out all the town had to offer and buying some tasty french macarons and squishy homemade marshmallows along the way (as well as quickly backing out of one of the most expensive chocolate shops ever!) 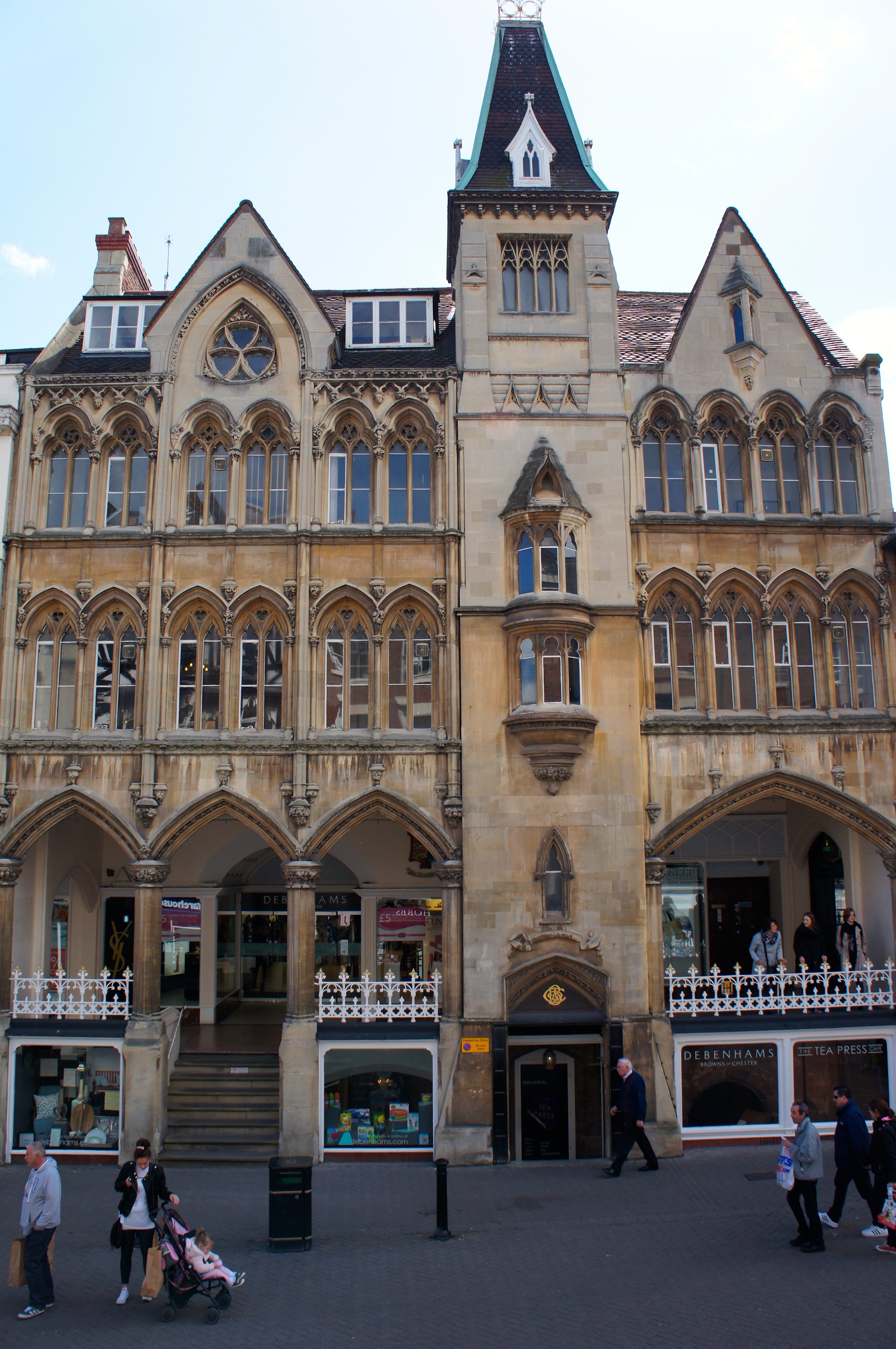 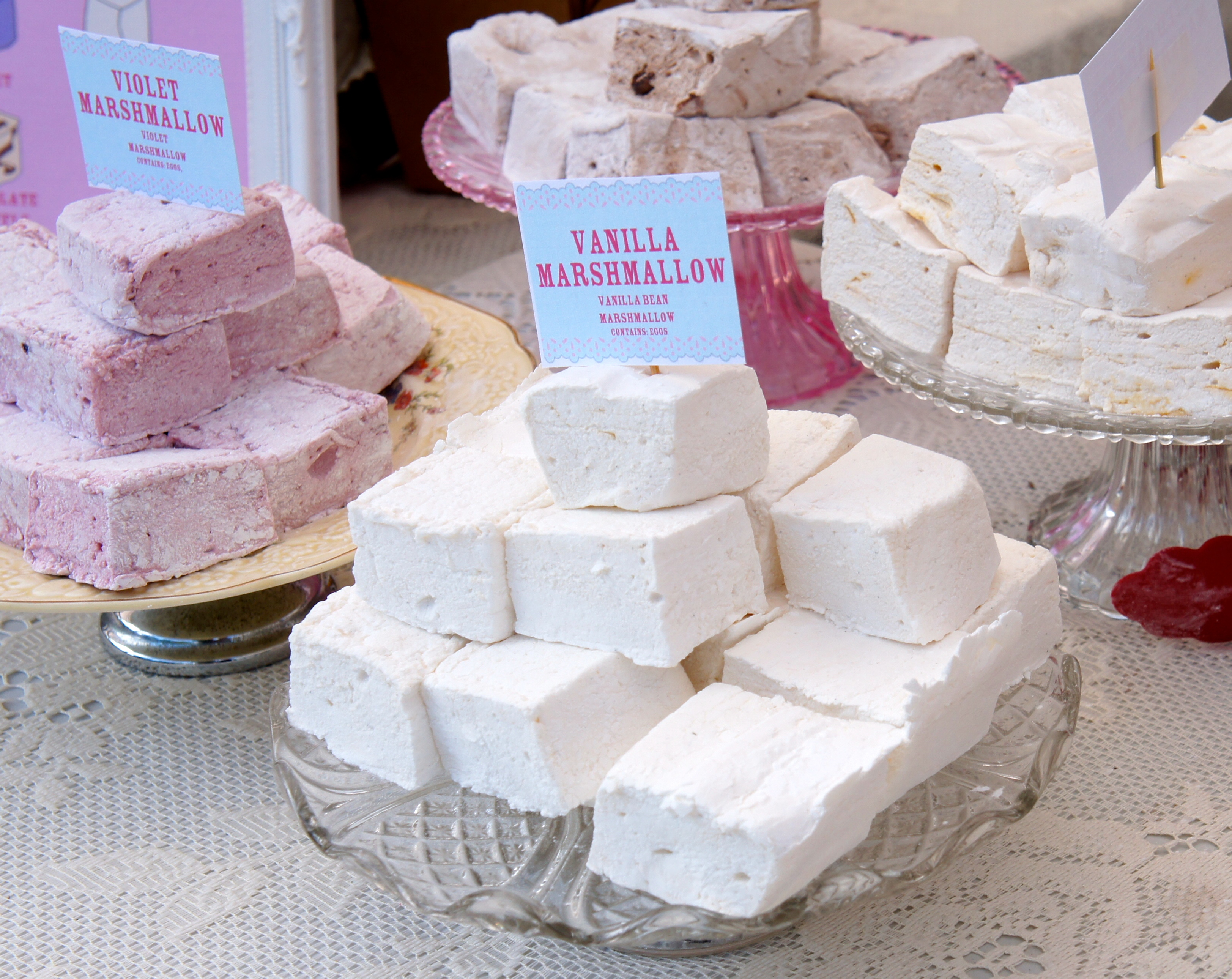 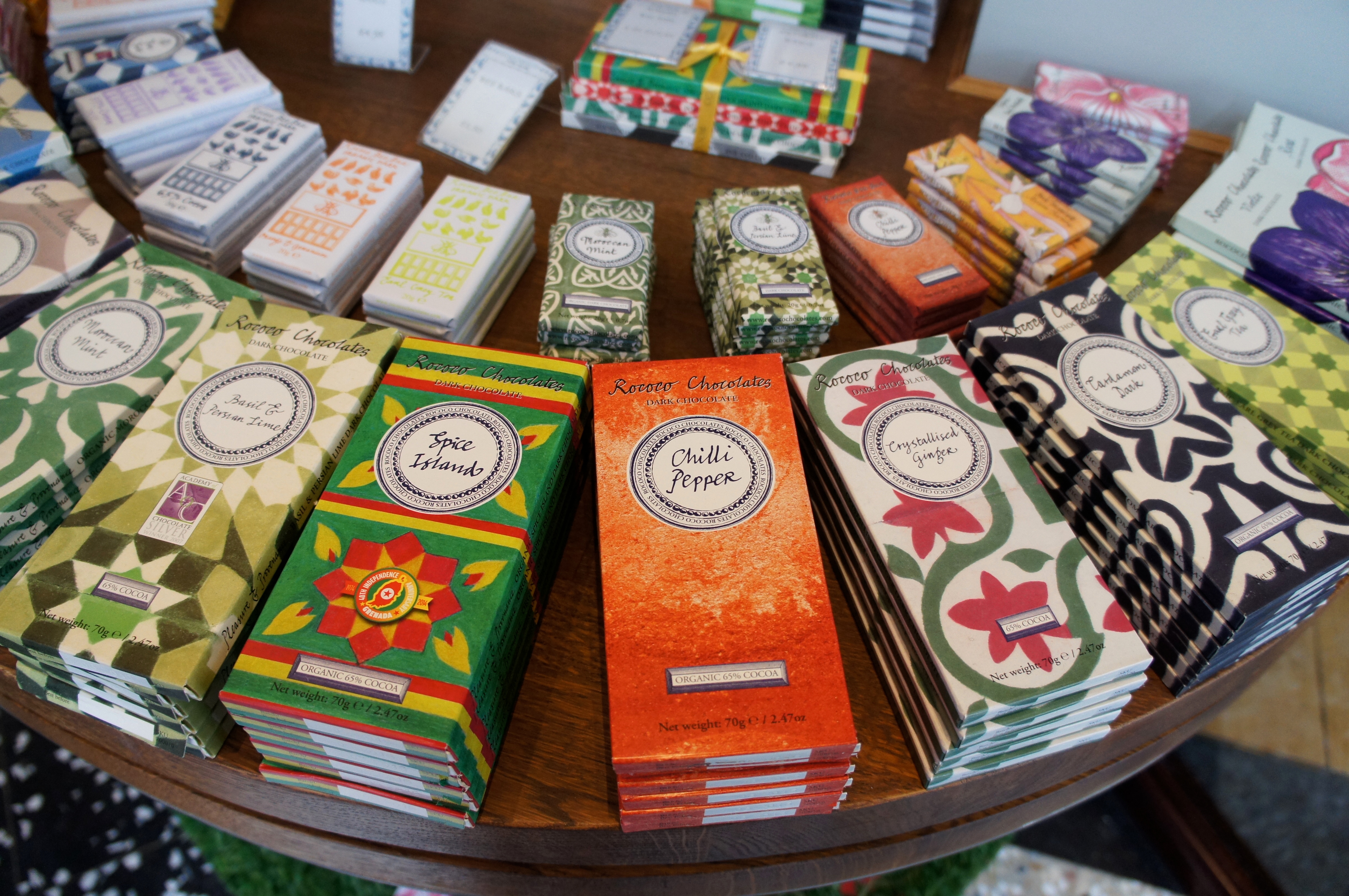 There was also a pretty spectacular view from “The Wall” which included a family of ducks bustling off in quite a hurry! 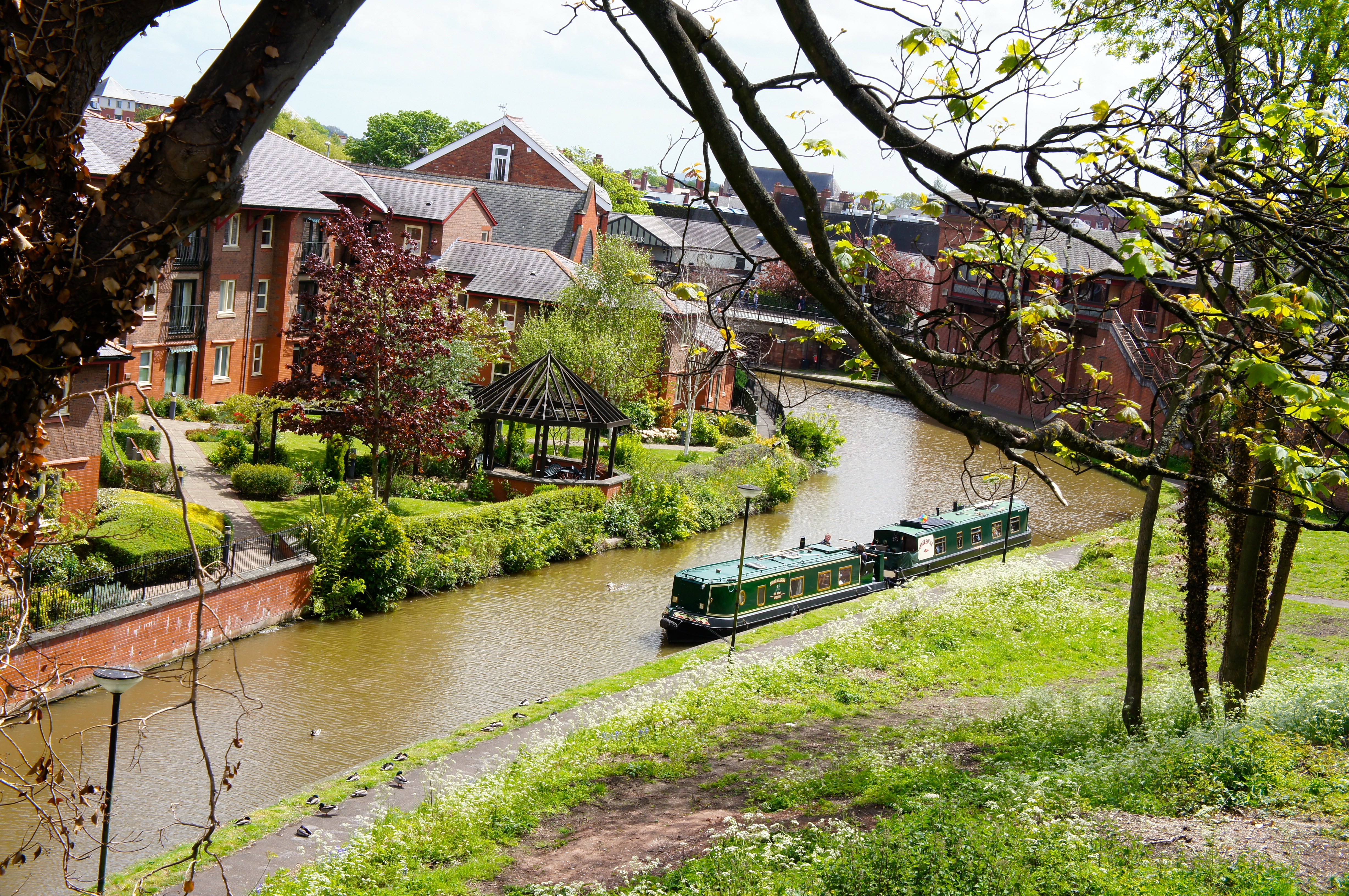 While enjoying a spot of lunch we were serenaded by this chappy, who was absolutely fantastic! I found out afterwards, he’s a fellow Irishman hailing from Galway and he’s busking his way around England, which to be honest just made me want to pack him up, bring him home and feed him a decent meal! But seriously, this lad is one to watch in my humble opinion so check out his work! 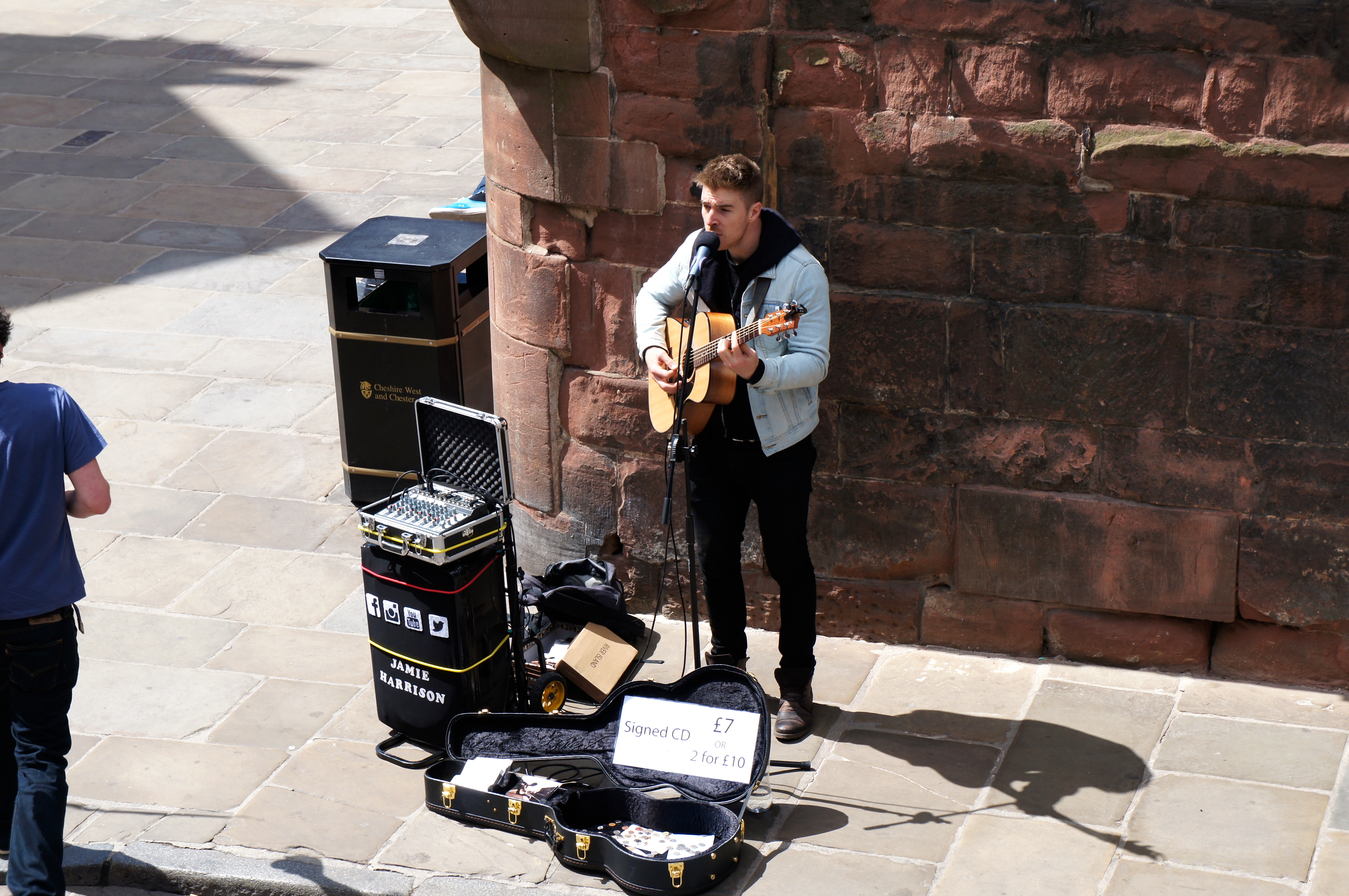 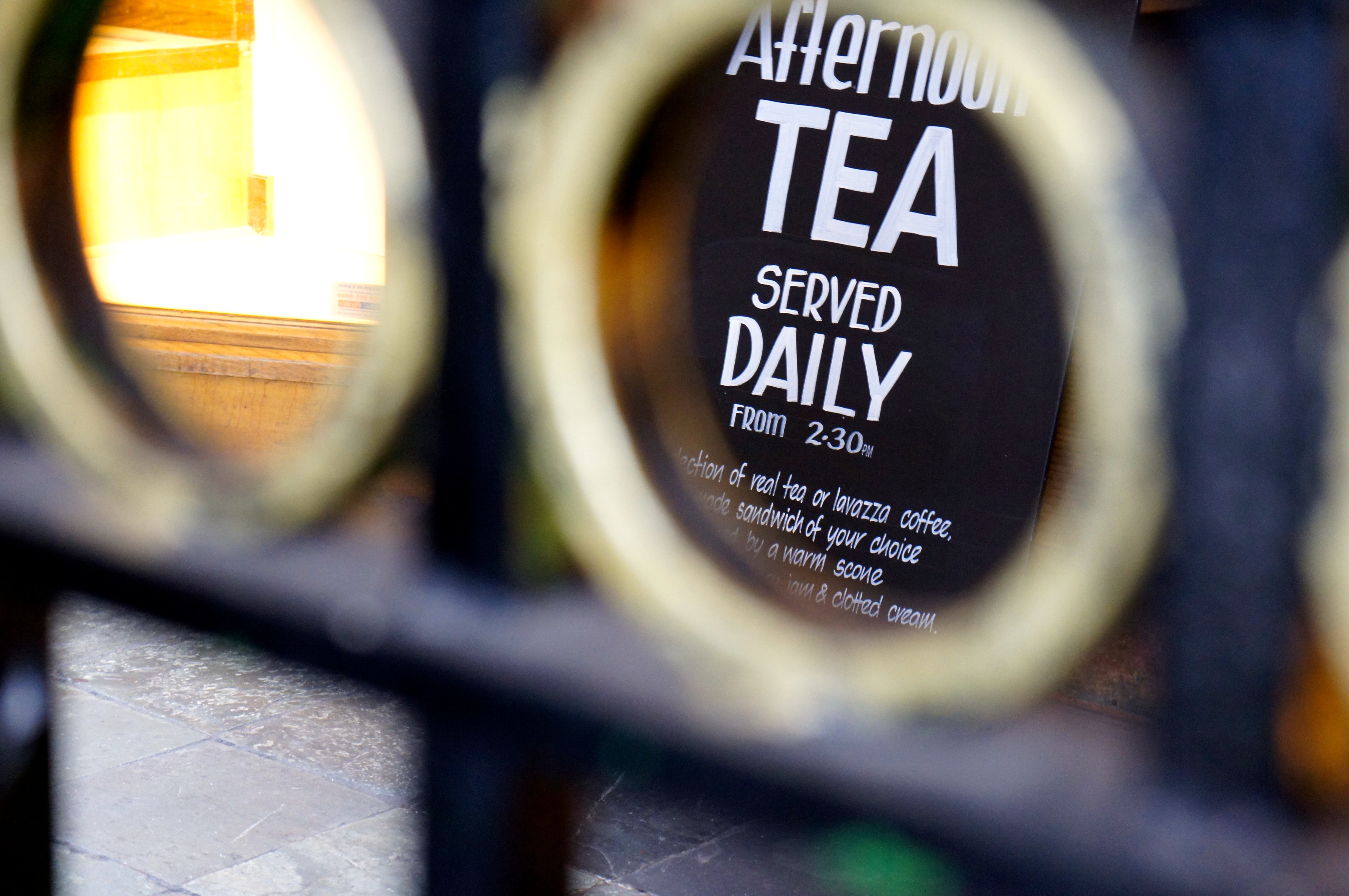 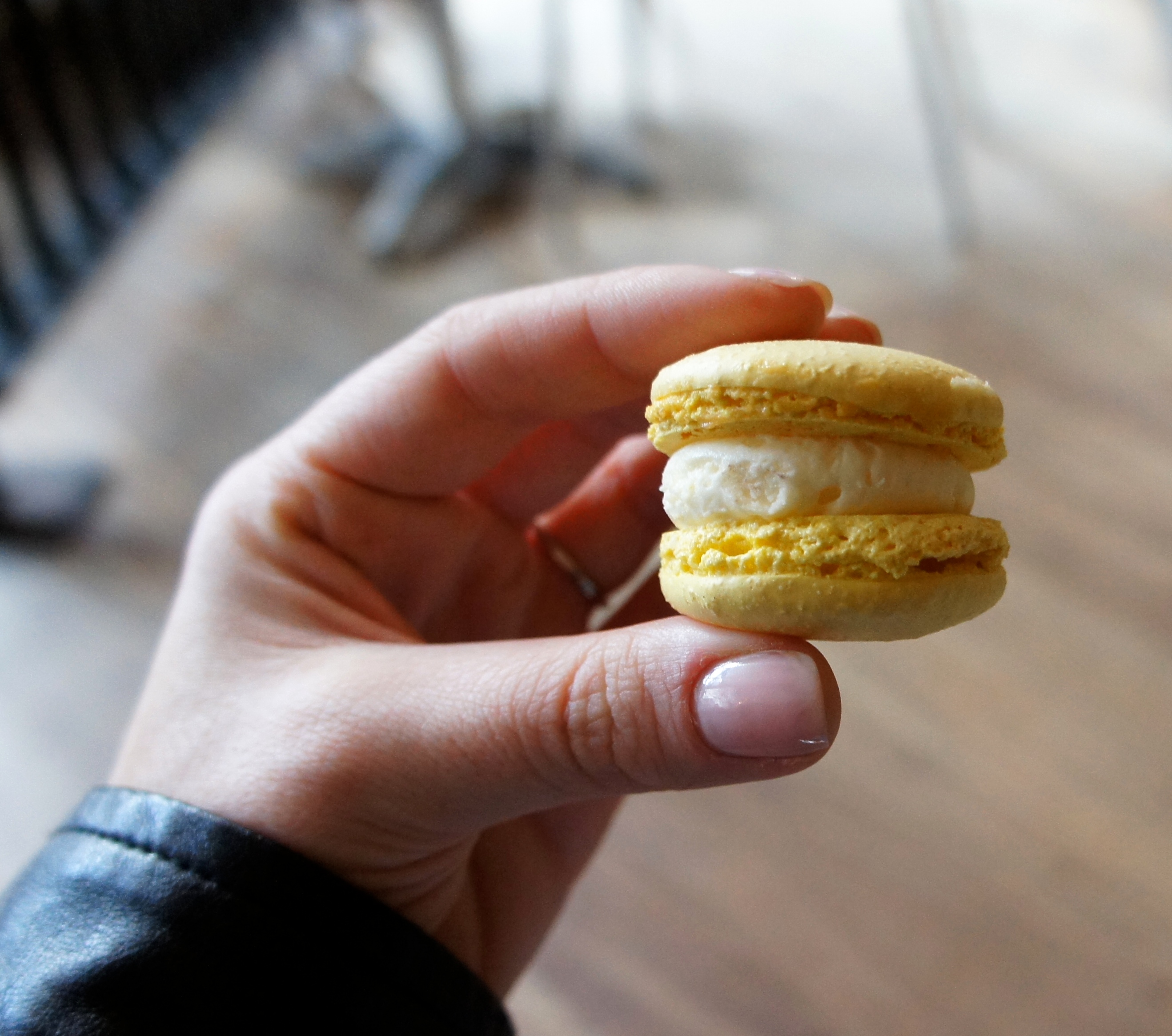 We decided to make our way back to the hotel. Stopping briefly for a nose in the antiques shop, where I pretty much, wanted to buy the lot! 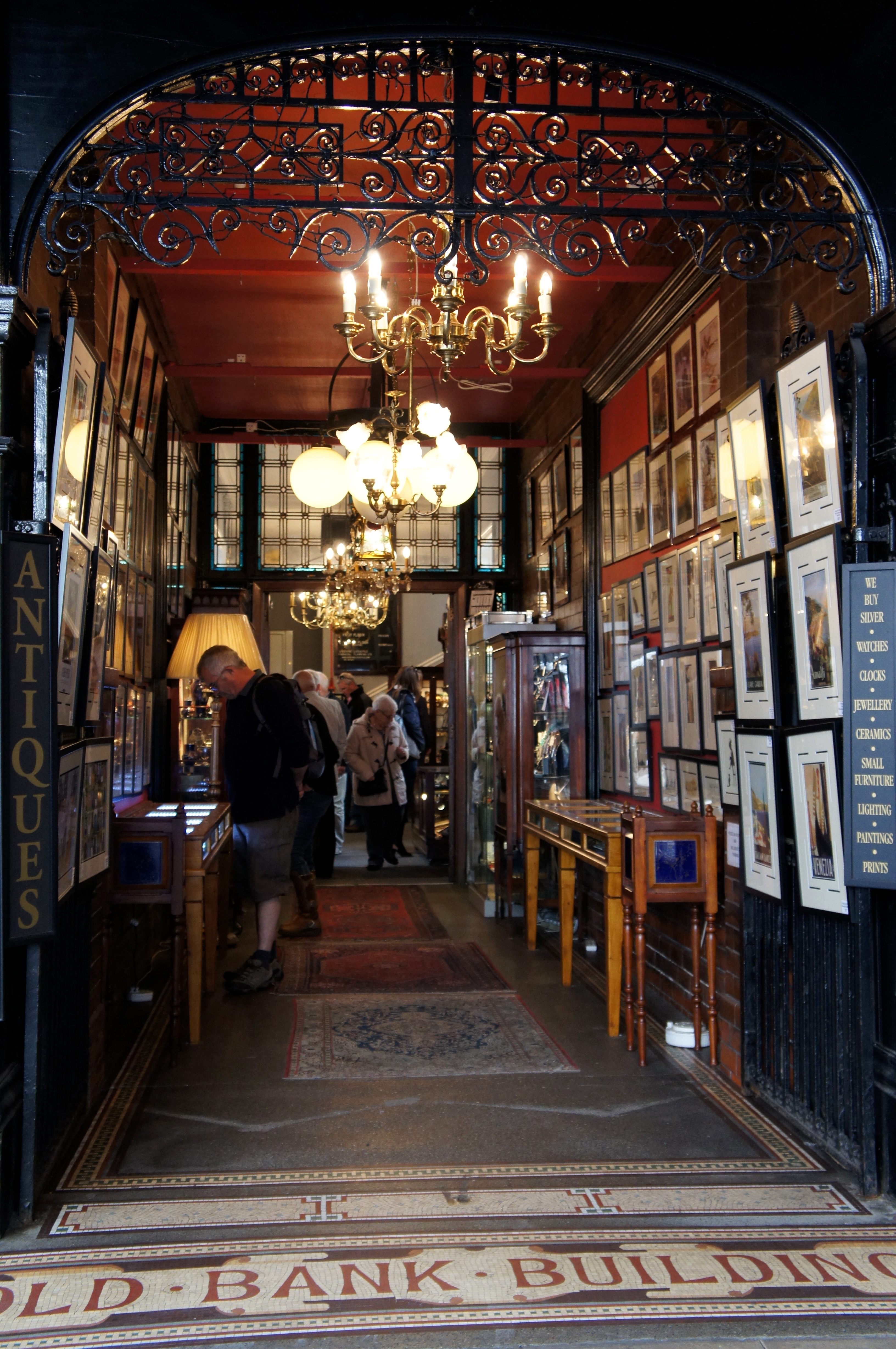 After tearing myself away, we went back to our Hotel. We had barely crossed the threshold when my phone began to ring – it was the hotel to tell me our room was ready – perfect timing or what?! The suite was lovely, with plenty of seating areas dotted around and with a large marble en suite bathroom attached, once we saw it, we knew we’d give breakfast downstairs a skip the next morning and eat in the room instead – it would’ve been a shame to waste it!

At 3:45pm I padded my slippered tootsies down to the Spa. The facial itself was dreamy, but not such a great “complimentary head massage”, I really could’ve done without the hair pulling! But I was given a scoop of delicious raspberry sorbet in a petite, ornate glass bowl to enjoy on my way back to the room afterwards – a lovely touch I thought, so all is forgiven! 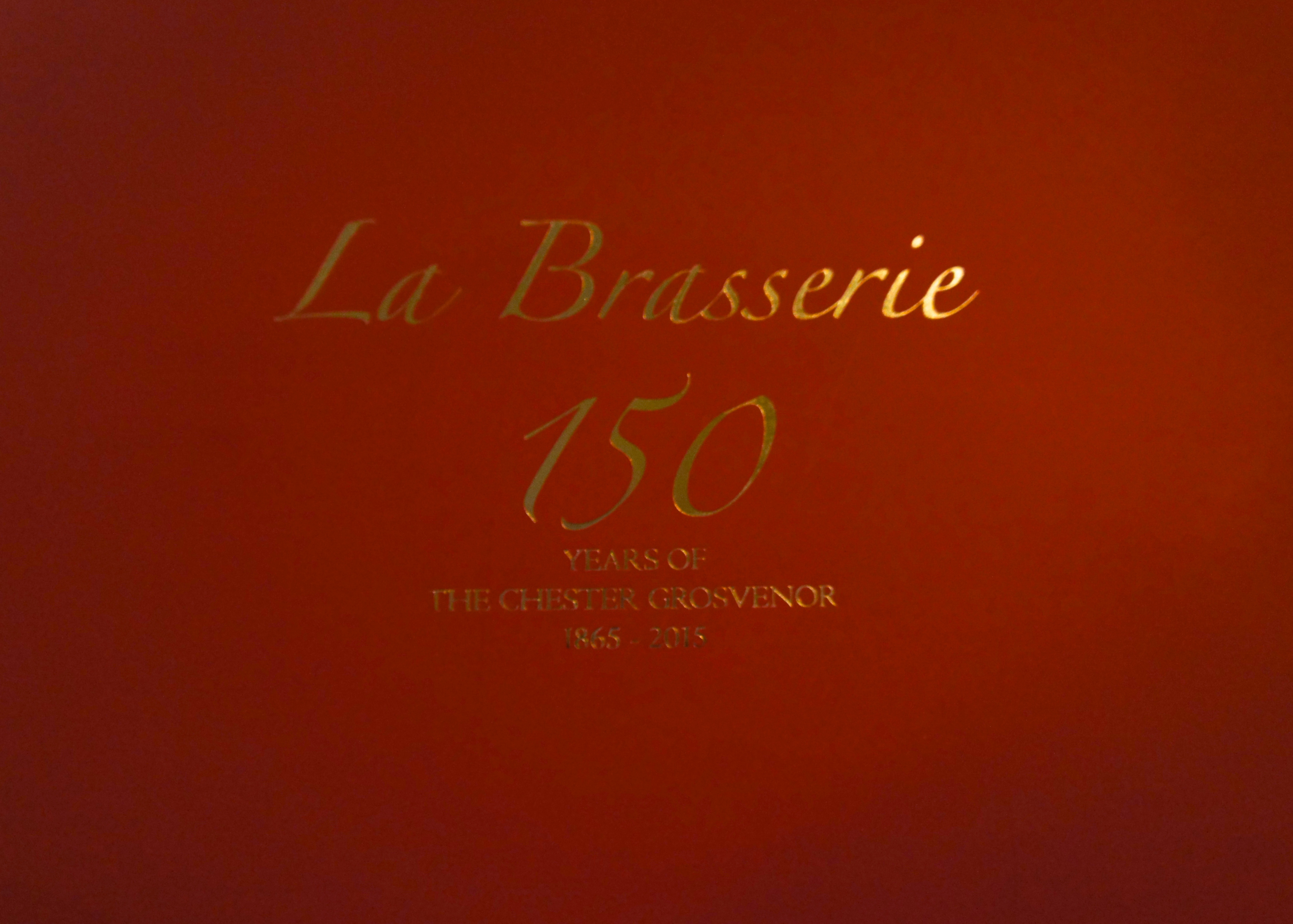 Dinner was served in La Brasserie, the more relaxed of the two restaurants in The Grosvenor, but that didn’t stop me (when does it ever), the posh frock and the shoes were on, hair done and I was ready to waft down their very old staircase in The Gallery which also houses their wonderful Georgian chandelier, bought in 1966 for £15,000 it weighs half a ton and has 28,000 pieces of crystal, it is truly spectacular! 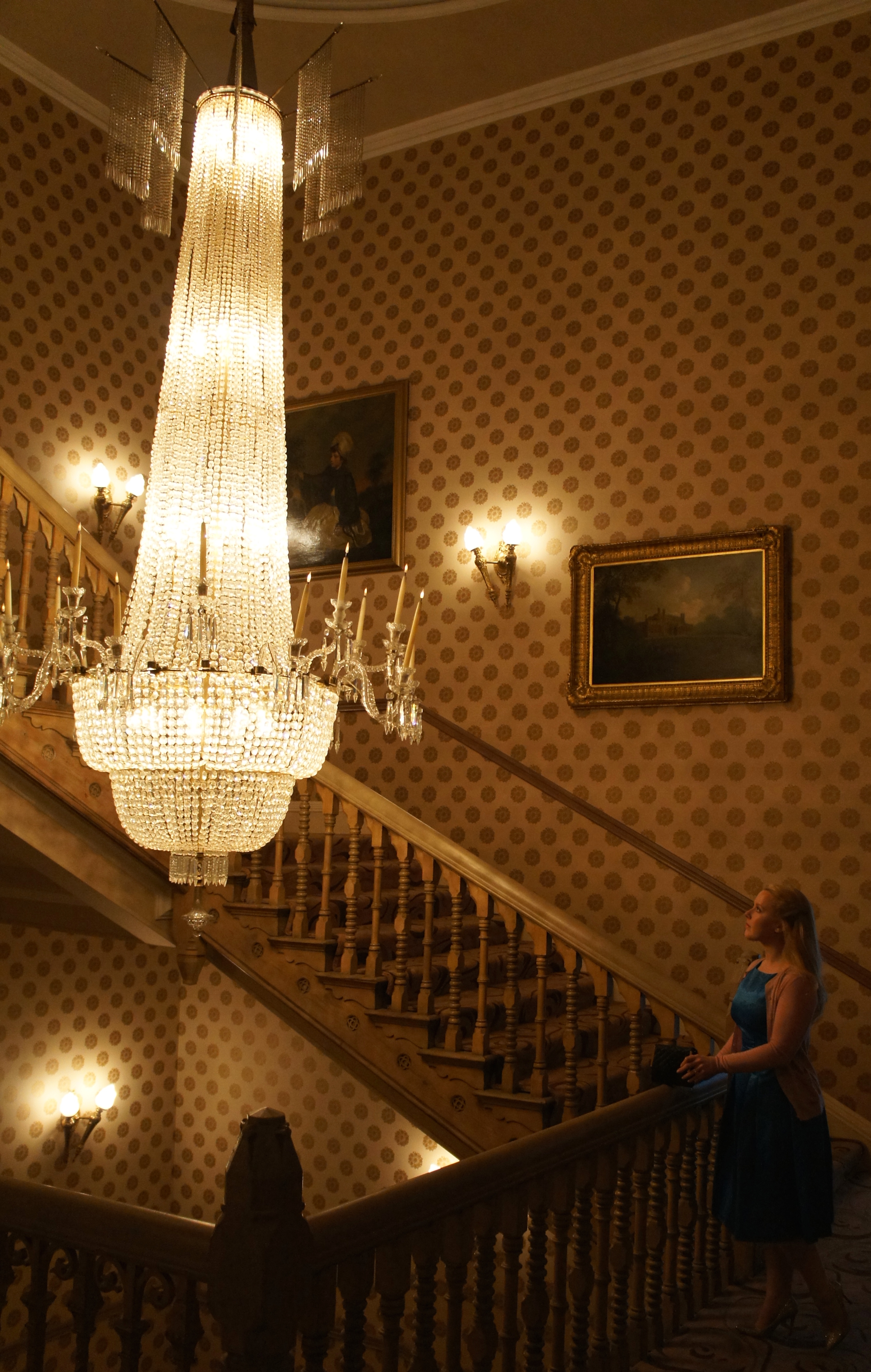 Dinner was lovely, they’re not the best at plating up, but the tastiness of the dishes more than makes up for it. For starters I enjoyed the “Smoked Toulouse – ravioli of spiced sausage, pickled cabbage, roast chicken bouillon” with a carafe of Rosé while Himself had a beer with the “Avocado Prawn – citrus cured salmon, Hass avocado and grilled peppers, cucumber vierge” 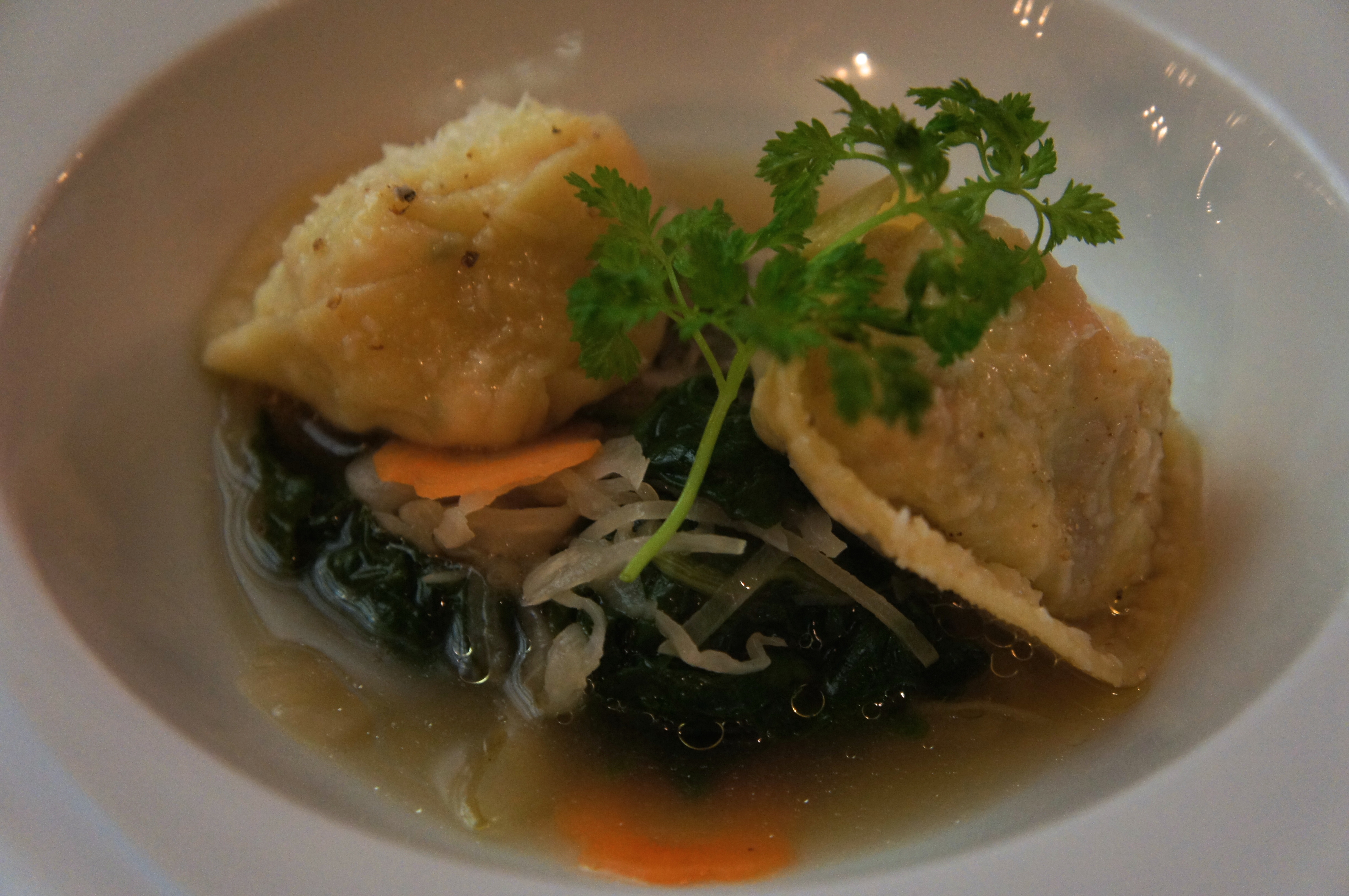 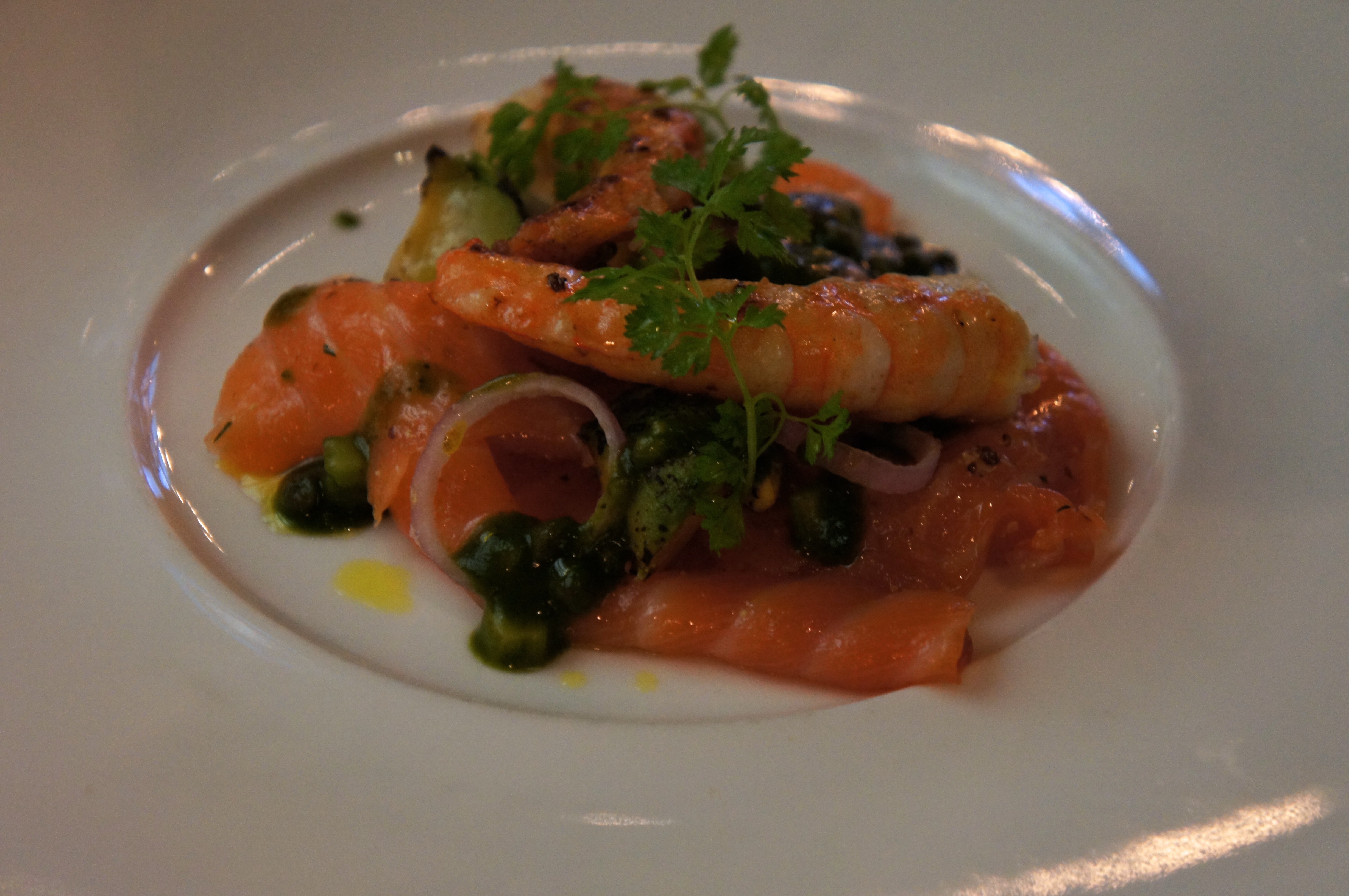 Next up, the mains, Himself went for “Welsh dry aged beef rib eye 10z, served with crispy onion, scorched tomato, stuffed mushroom house butter and béarnaise” and I had “Chicken Picattas, soft egg tagliatelle, truffle sabayon, caper noisette” both, were all types of nom! 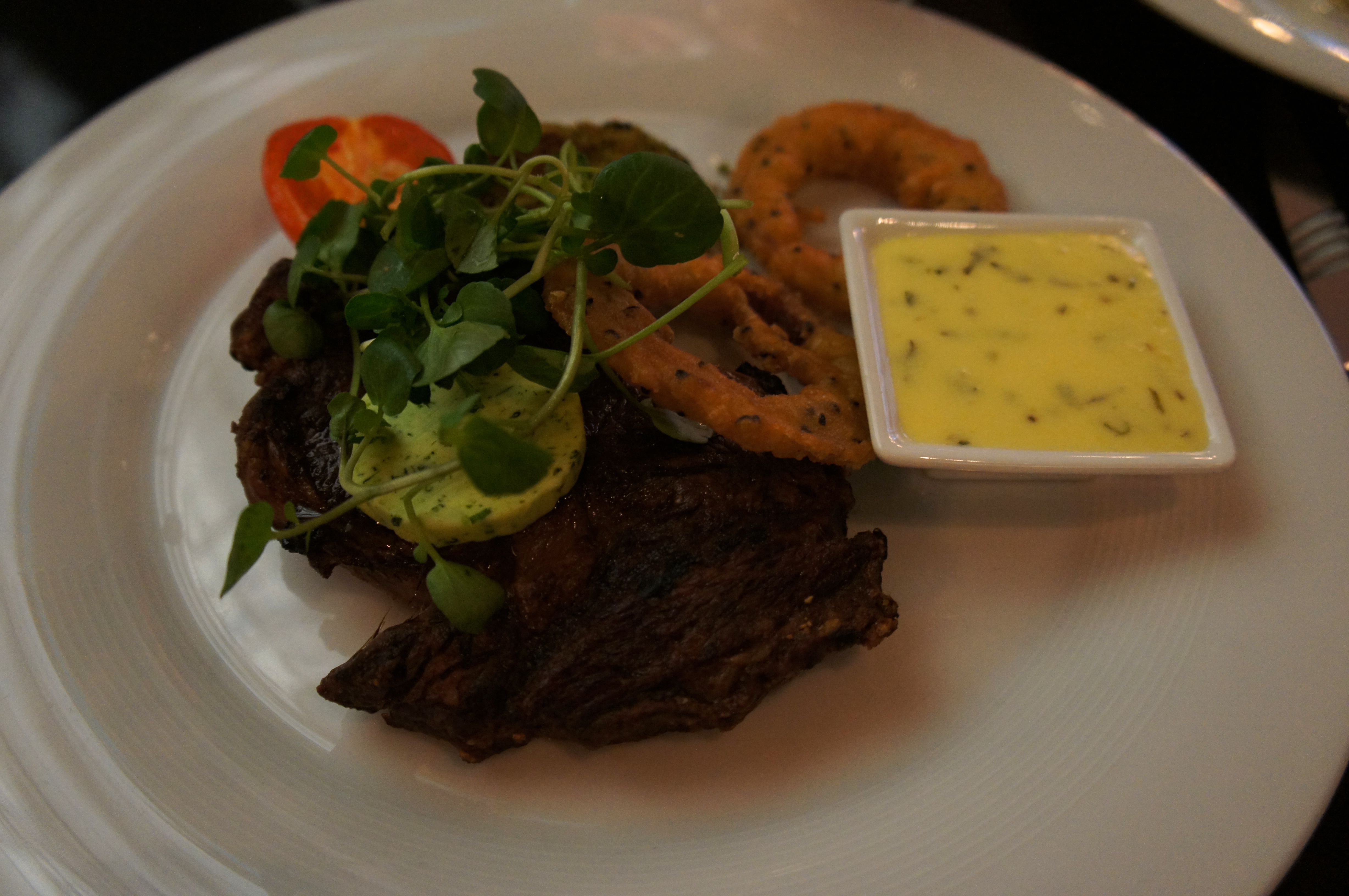 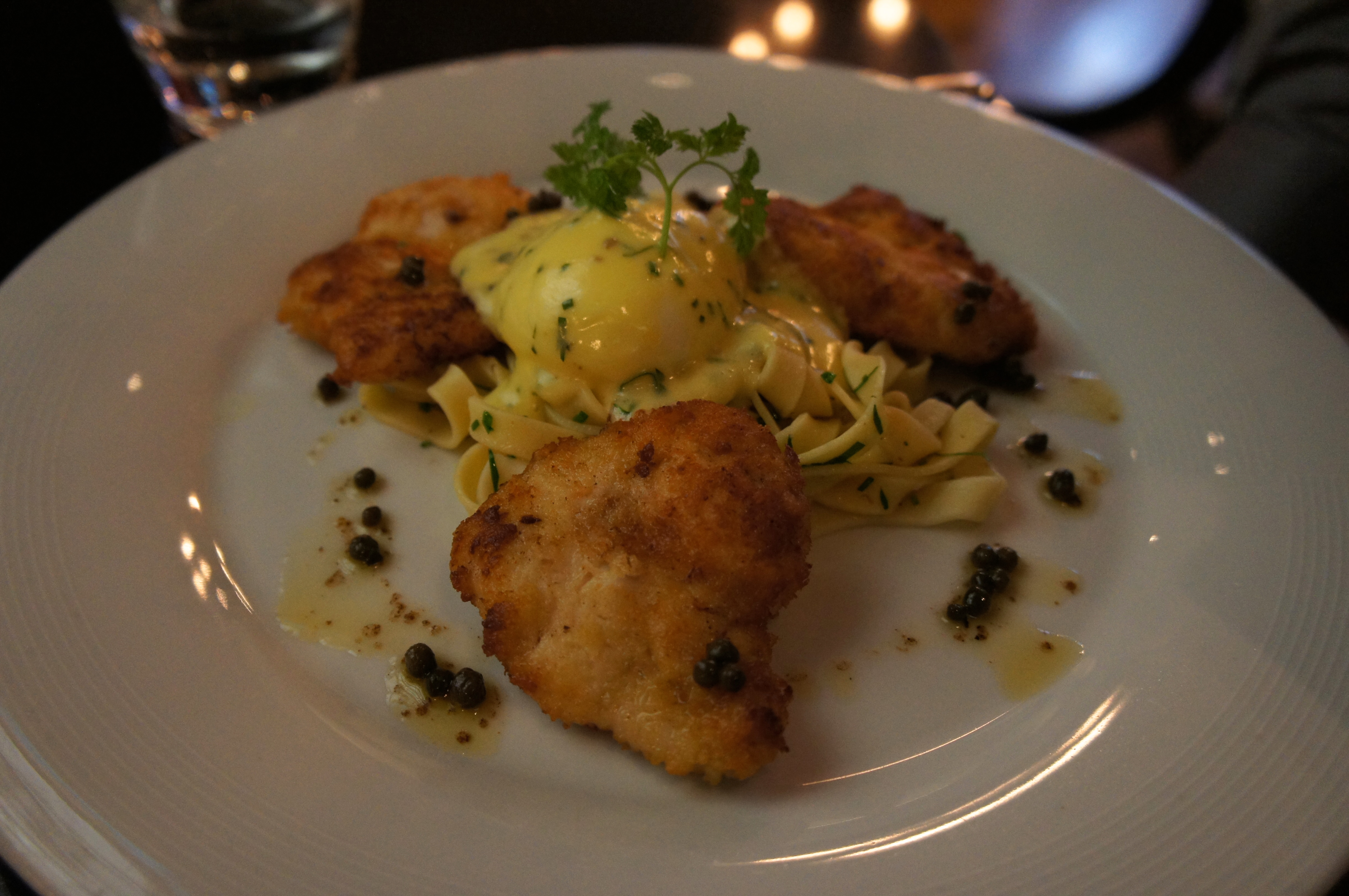 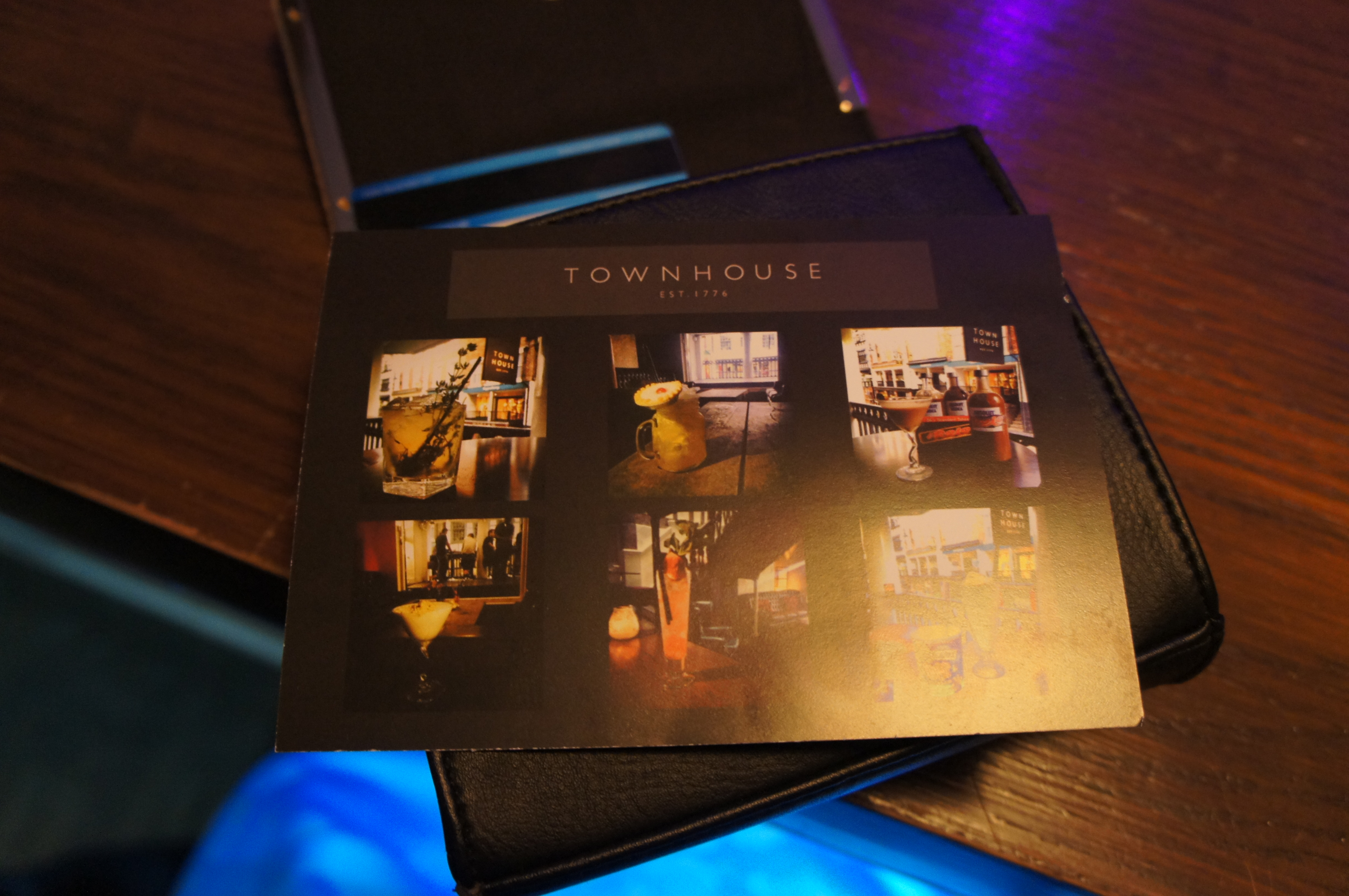 We found a brilliant place called Townhouse 1776, it’s been up and running for two years and has some fantastic bartenders who are full of chat and more importantly – know how! 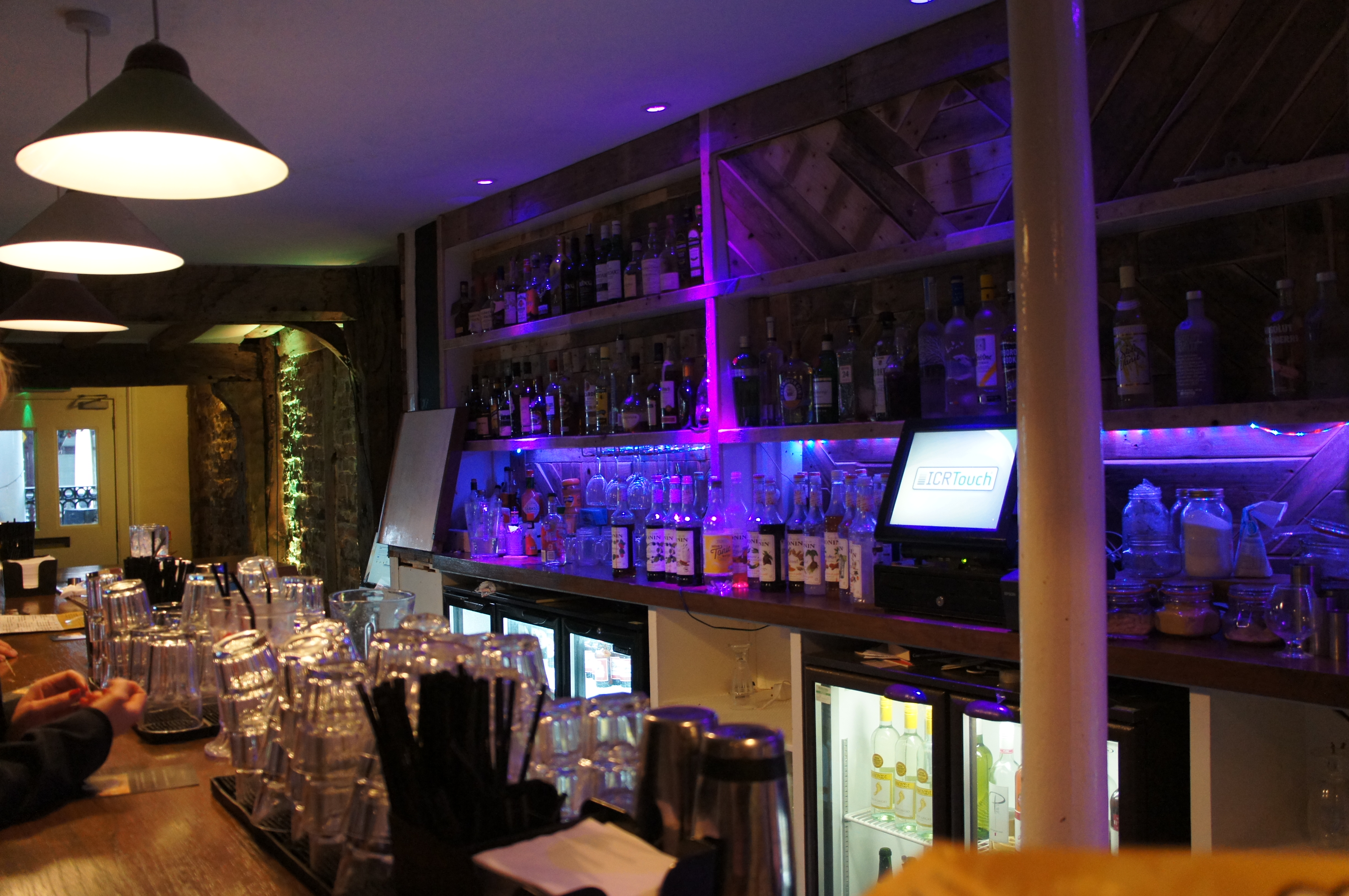 We settled into their comfy leather couch and enjoyed a few samplings from their menu. I ordered a Cosmo, not realising that the 2 for £10 deal meant two Cosmos would be made (I thought it meant two drinks for £10!) so Himself had to battle with the glass, but he didn’t mind the drink so that was a relief – however when it came time for round two, I was told to stay put and that he’d pick the next lot! 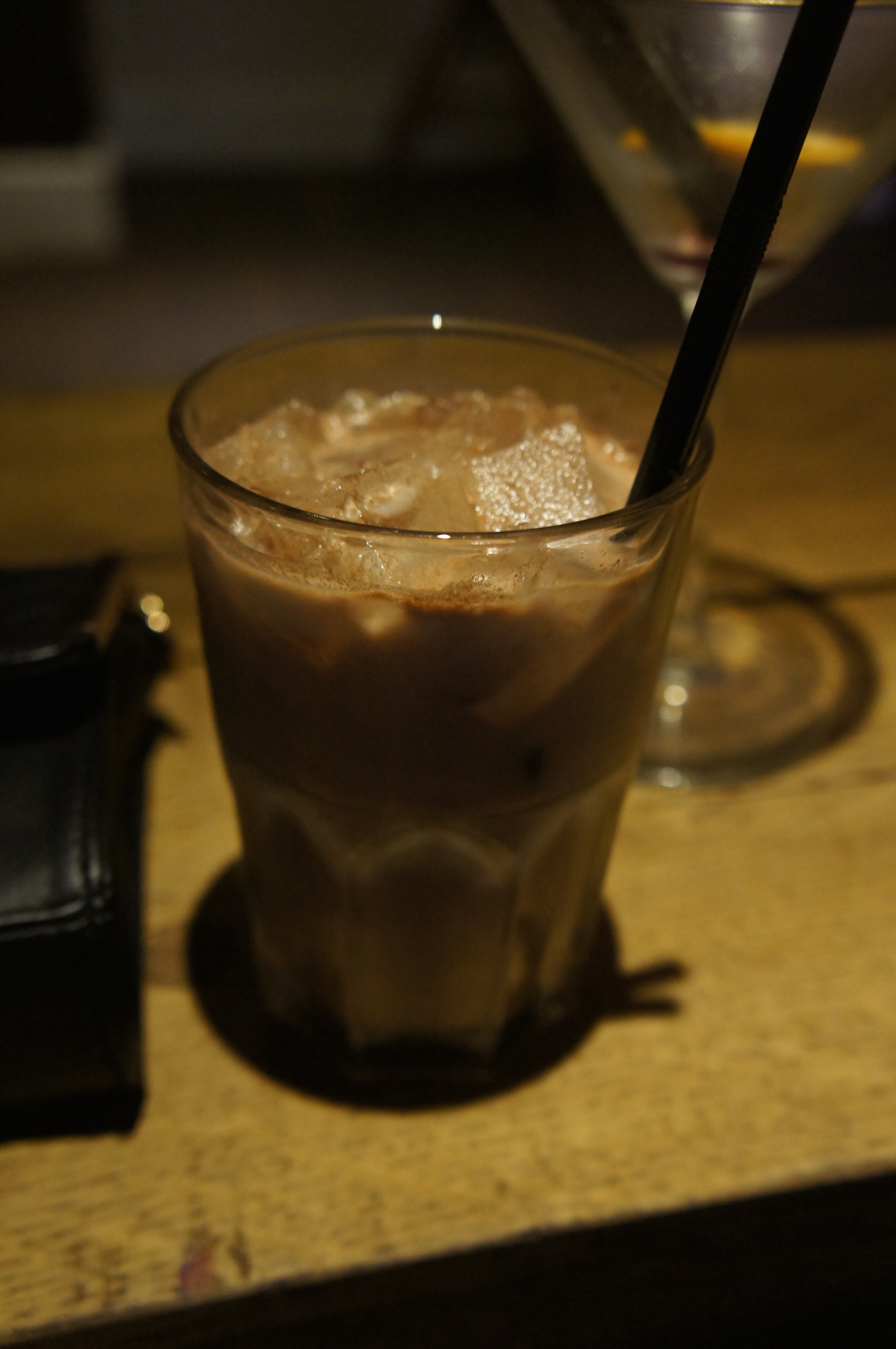 Himself returned with the “Cookie Dough cocktail with Nutella”. Wasn’t it just as well we hadn’t had dessert! These were delicious, tasty and rich! A dangerous combination when you’re 1.) getting ready to wear a Wedding Dress and 2.) could easily drink multiples – very quickly! 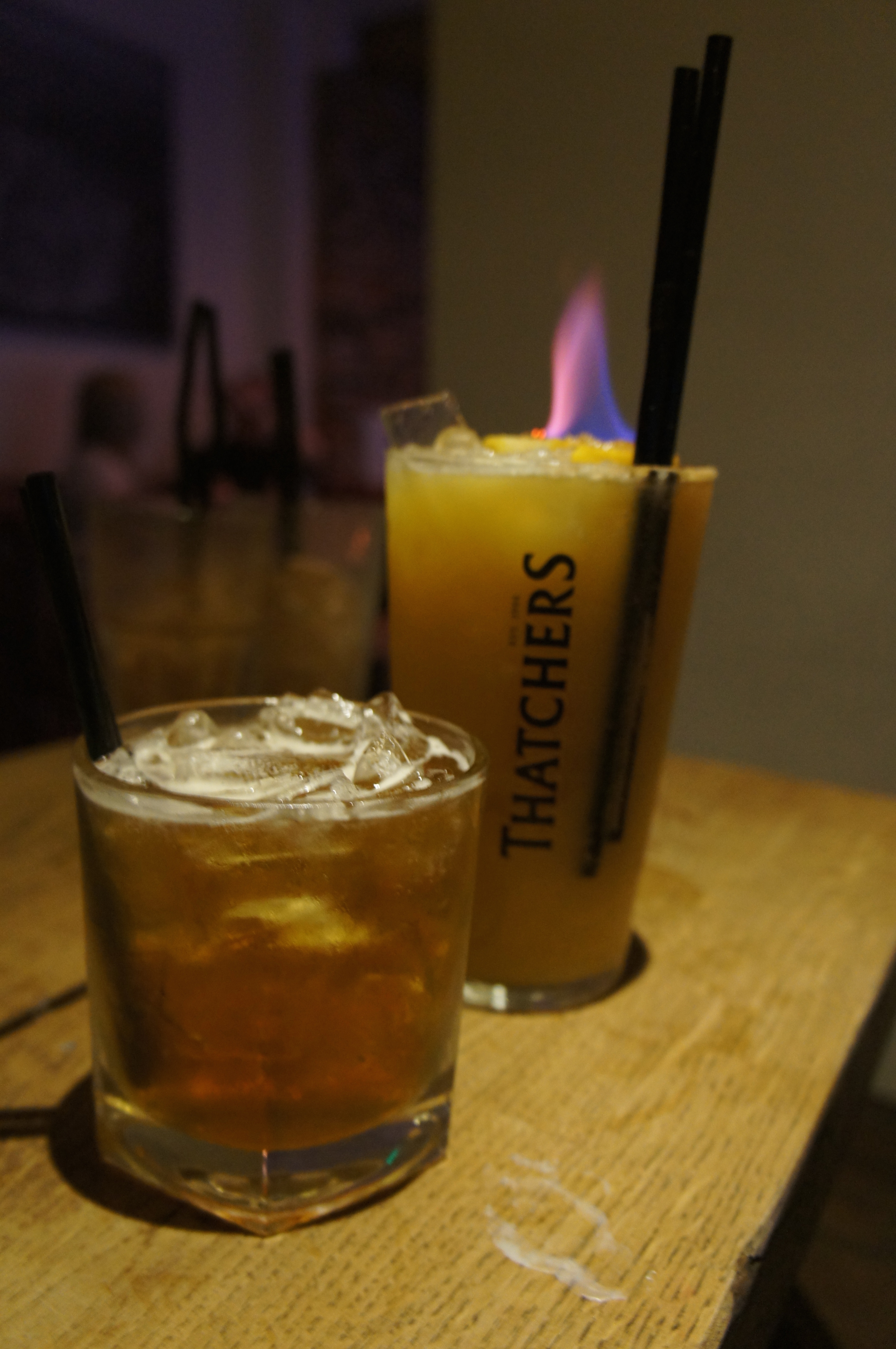 For our final round in The Townhouse, we decided to be adventurous, spend a bit extra and purchase two of their fancier cocktails! Himself ordered “The Walking Dead” and I went for “The Wolf of Wallstreet” (the one on the left, I felt like such a badass ordering it)

Both were very, very strong, but once again, the bar staff hit it out of the park making them delicious rather than toxic! They were – like the last batch – dangerously drinkable! 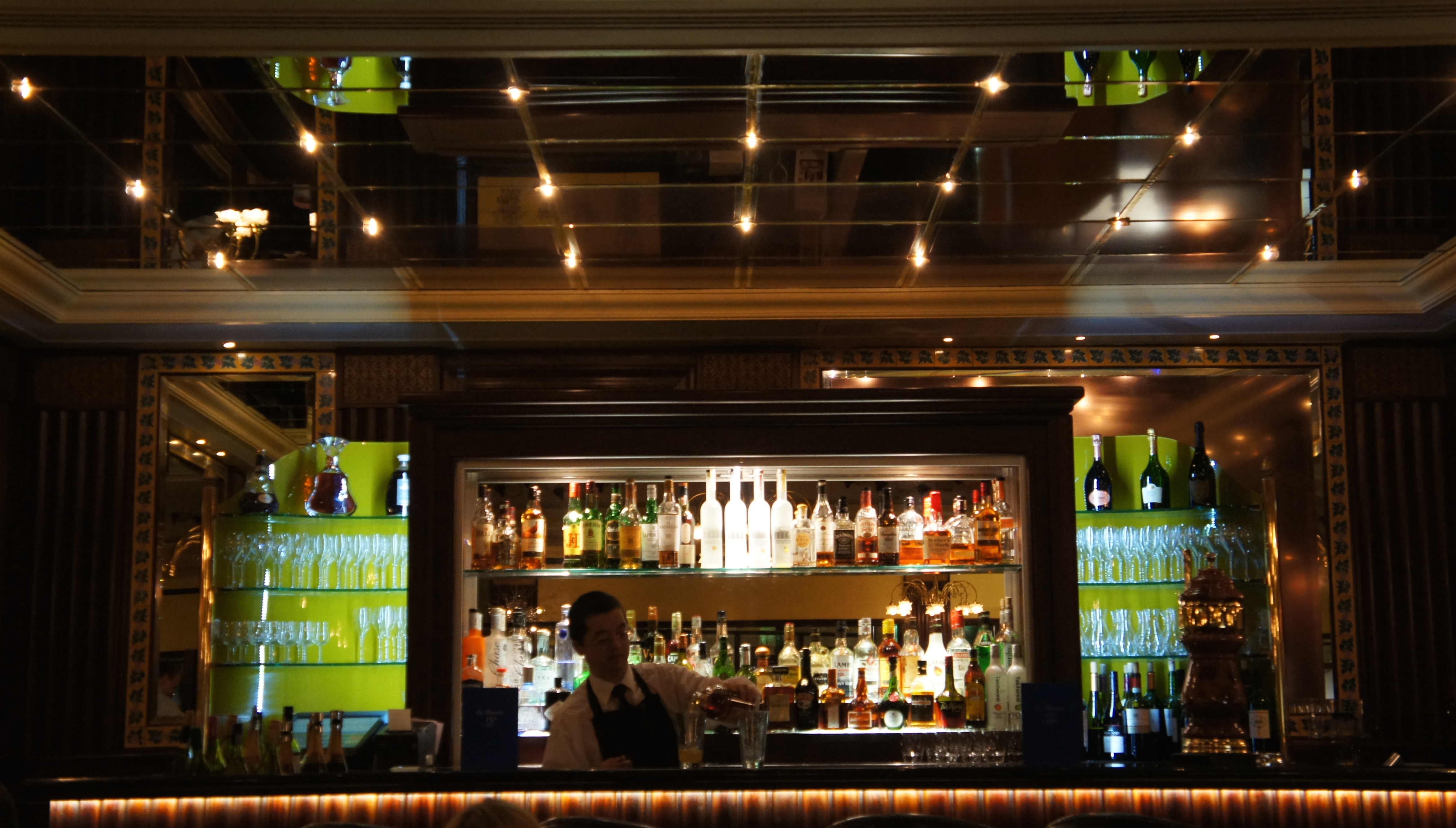 We took a walk along the deserted pedestrianised road through the centre of town, eventually teetering back up the stairs to the hotel. Back in the warmth, we decided on “one more for the road” in the residents bar before bed 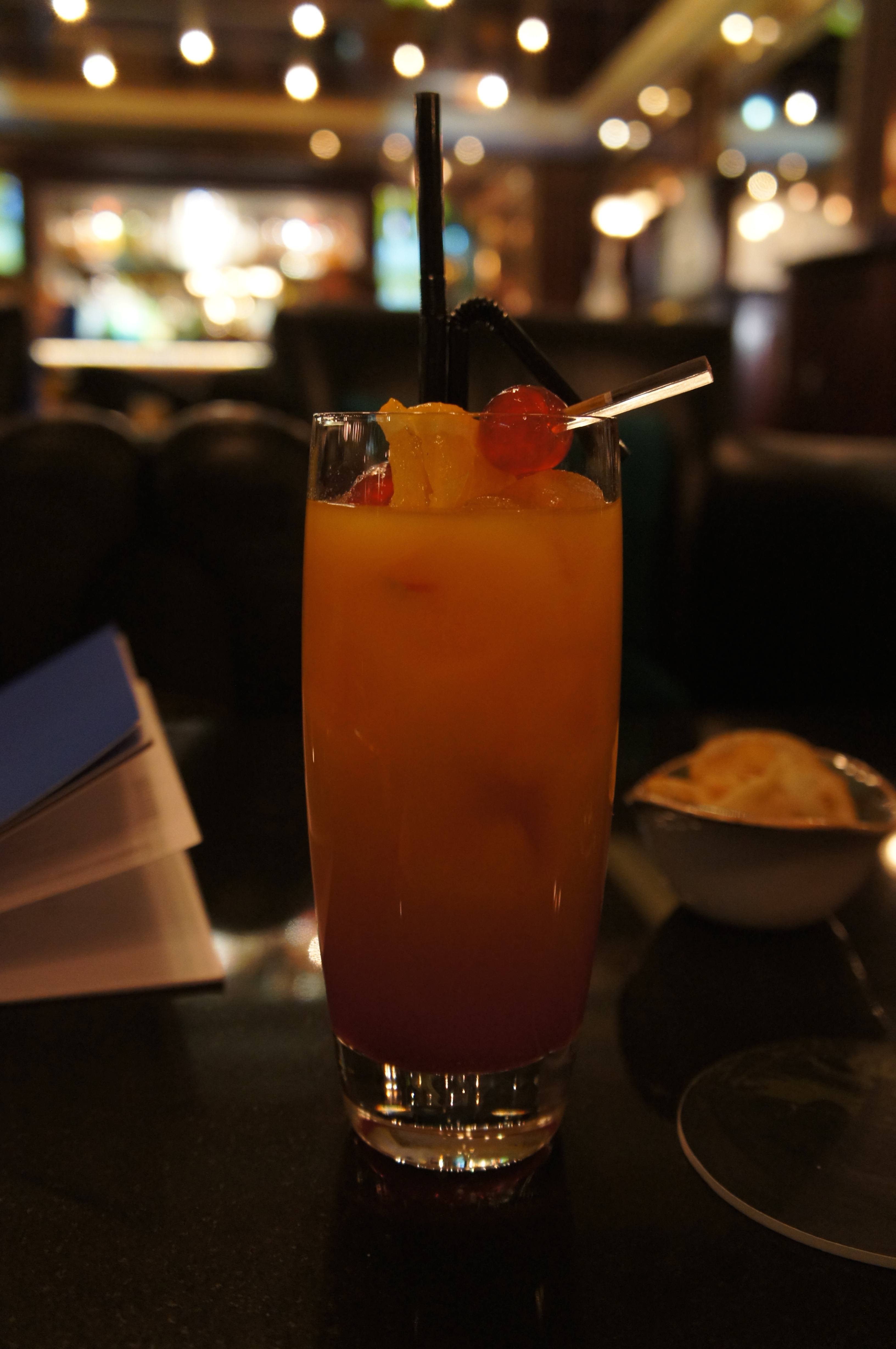 It was definitely an education in the cocktails that Chester have to offer and they most certainly did not disappoint!

The next morning, bright and early we were up for our room service breakie, there were pastries, a full fry for Himself, natural yoghurt with berry compot, coffee, juice – everything you’d want really! We enjoyed the lot before a final stroll around the town, taking in the buzz and excitement over the Chester Half Marathon which was taking place that morning. 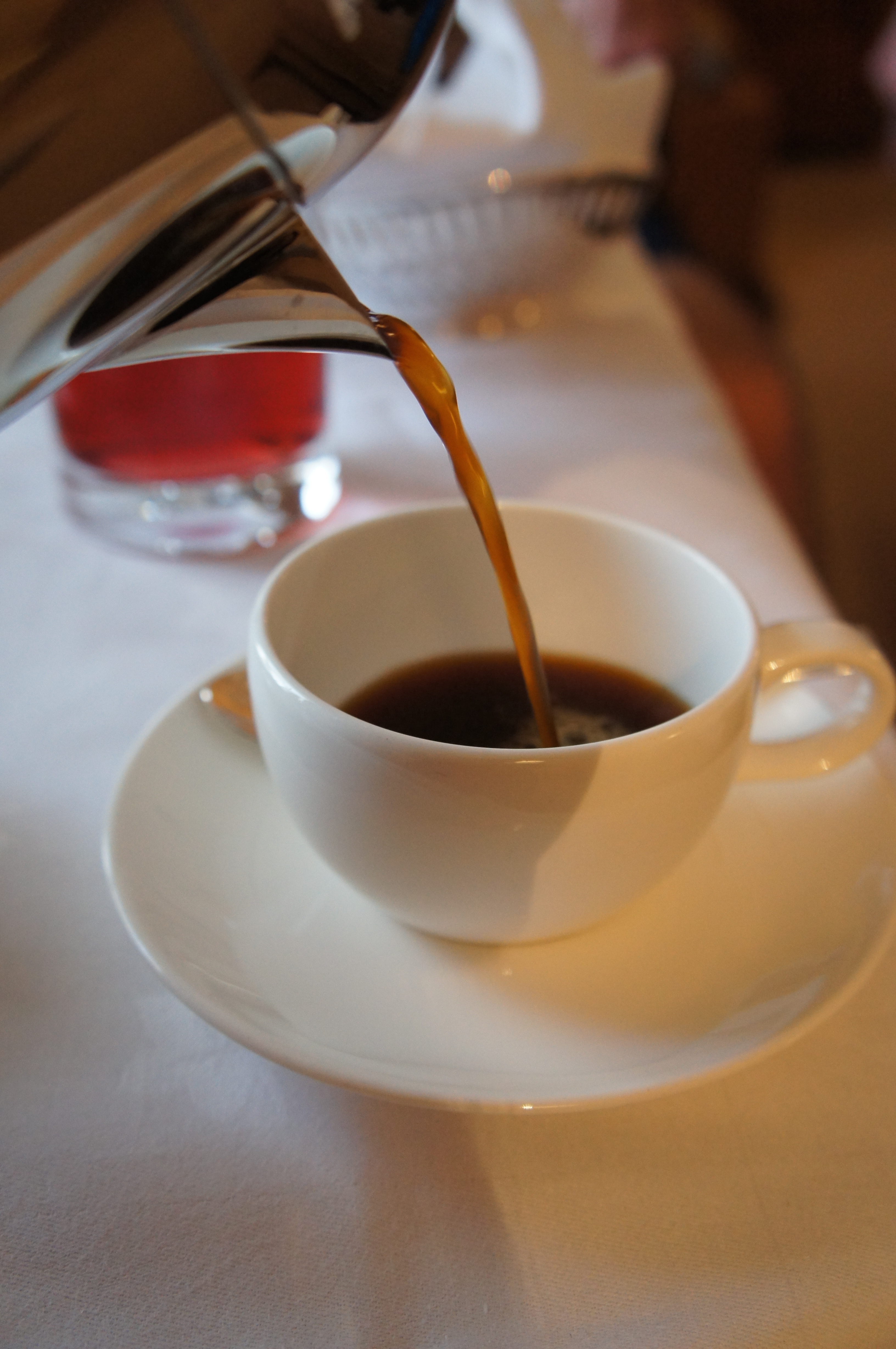 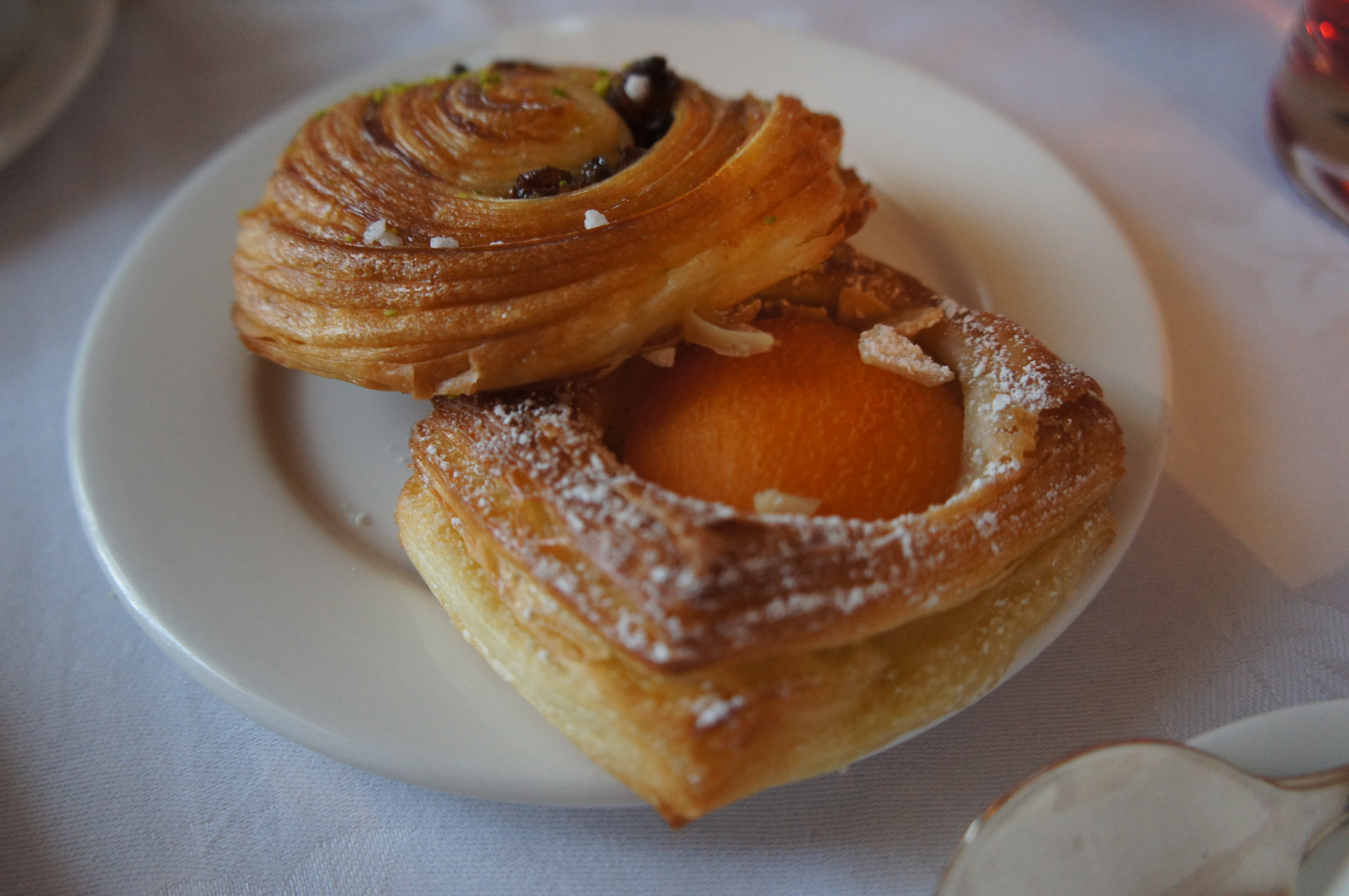 Thankfully we didn’t miss out on the excavated Amphitheatre before returning to London – you know yourself – one last bit of culture! It was really something to see as, whilst massive, it isn’t even half of the size of what once stood there all those years ago! 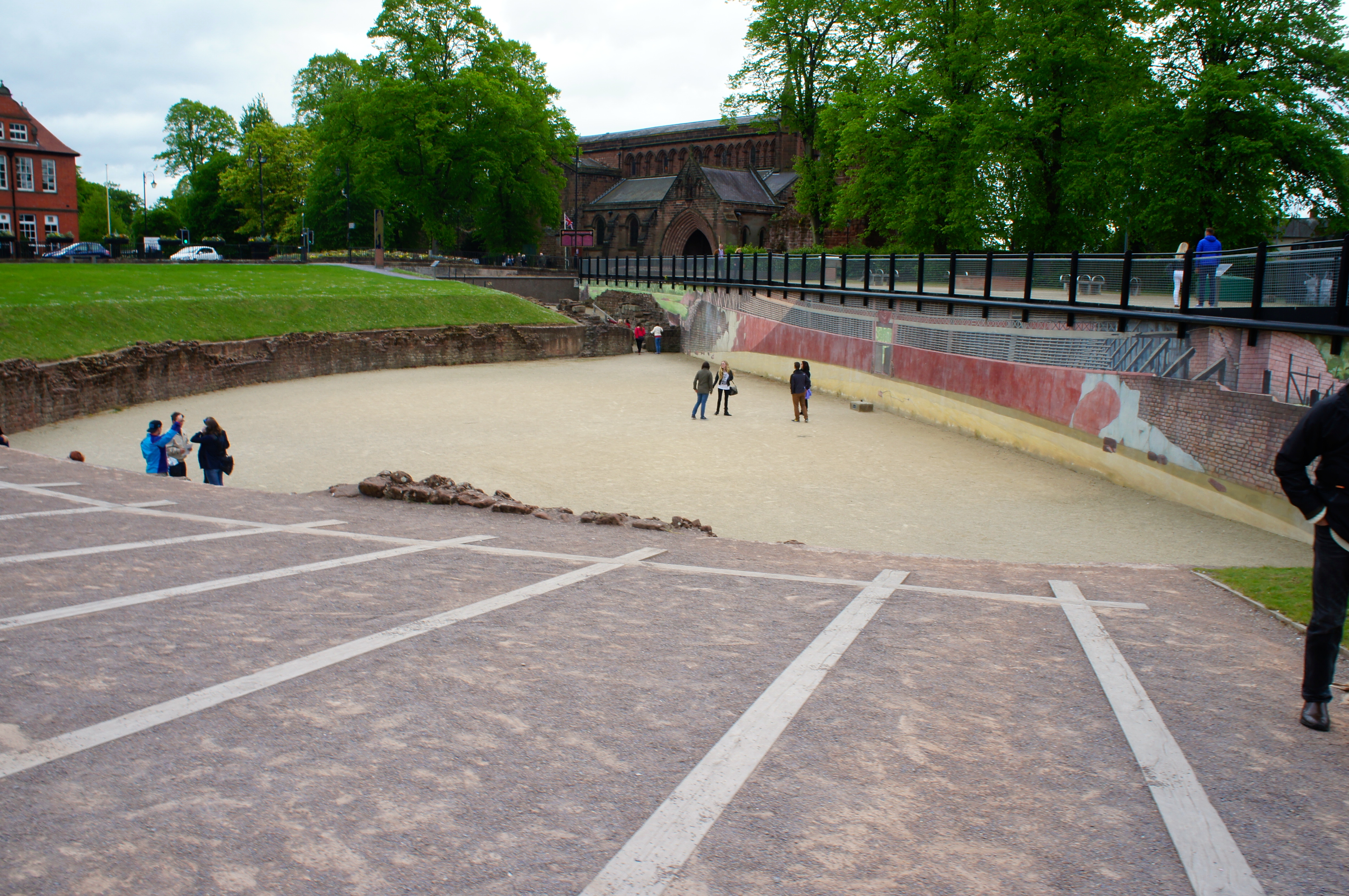 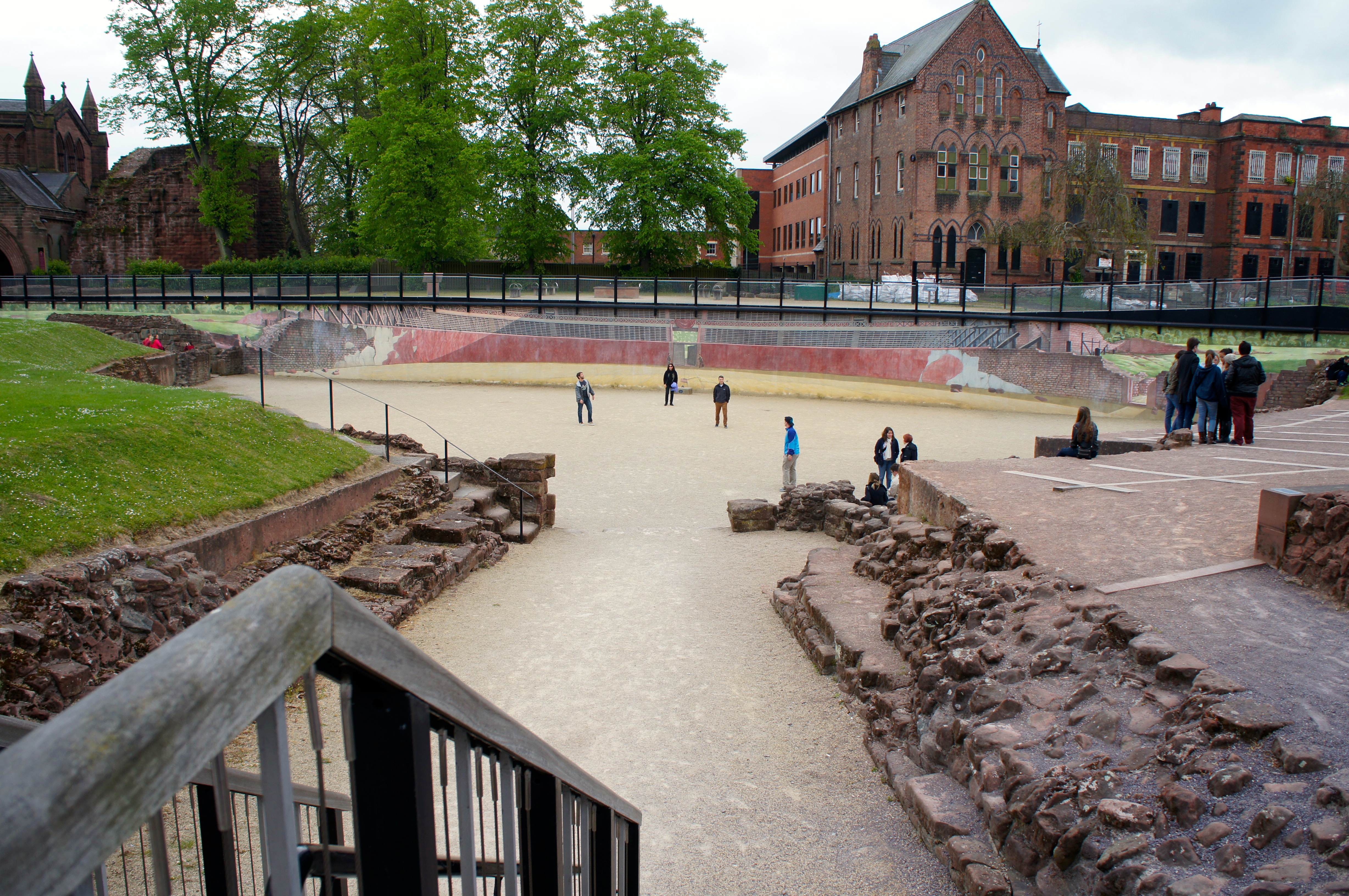 We were pulling out of Chester at 11:28 (trains in England are so efficient!) and in a final farewell, around Dunstable, Bedfordshire, we spotted this crazy cat! 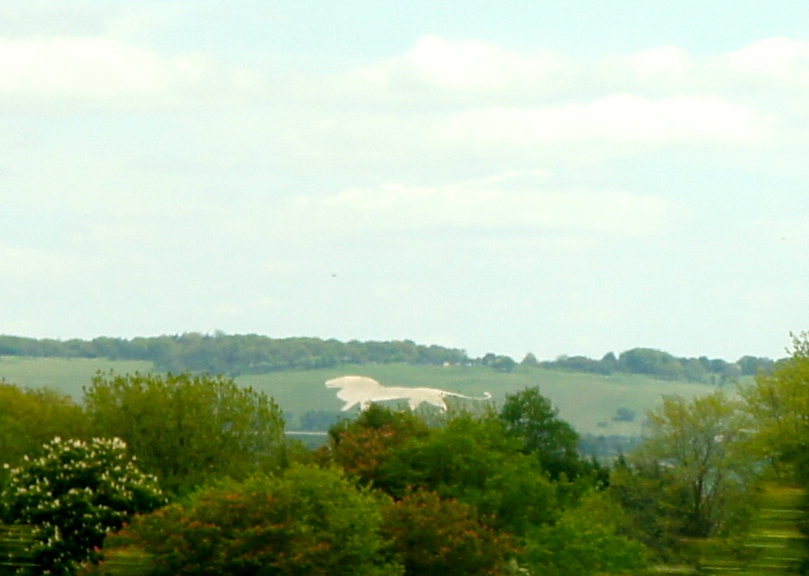 Himself and I haven’t had a mini break in forever and with the Wedding rushing towards us at speed – it was nice to have a weekend off from all the planning and sure, isn’t it always nice to explore a new place?

Go if you can – for a short weekend away Chester is wonderful with an awful lot to offer!