I am up to my elbows in Wedding Cakes, which is less fun when you can’t eat them – all – twice! 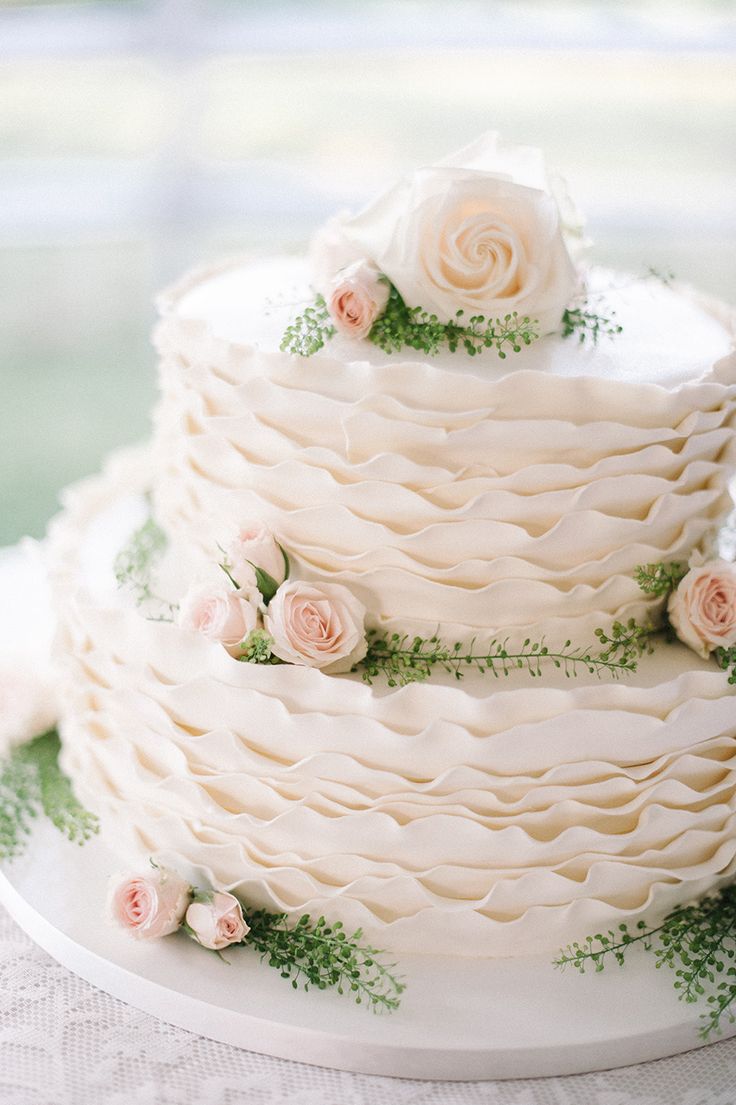 Himself and I are in the midst of searching for our wedding cake. We’ve been to a good few weddings and I can honestly say I have never eaten the cake – honestly – by the time that part of the wedding rolls around (especially Irish weddings which are twice as long as British and US weddings) I’m stuffed and shaking a tail feather like my life depended on it on the dance floor thank you much! Also, if I’ve made it that far into the night without spilling anything on my outfit, returning to the table to chow down on cake sounds too much like tempting fate! 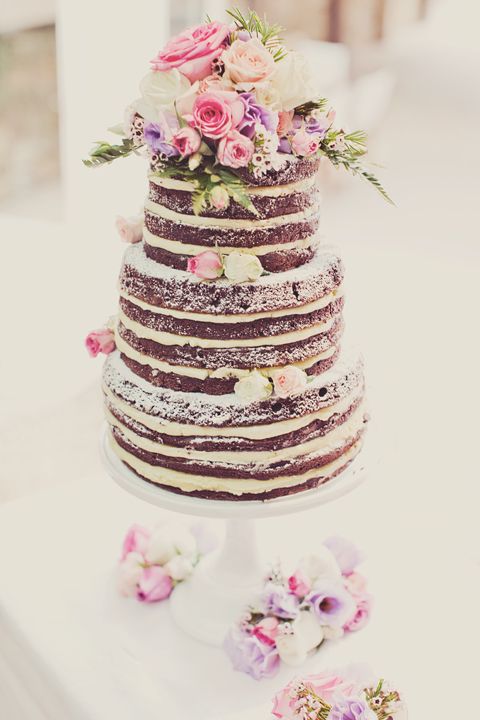 As for Himself, he has indeed tried the cakes, however he will meticulously pull off the royal icing (fondant) beforehand because apart from making the cake look well – he says it’s not particularly tasty and I’d have to agree with him there. 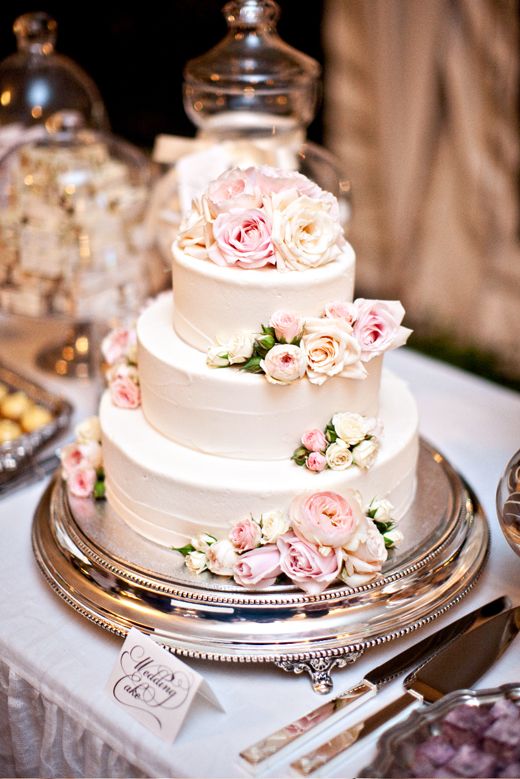 Also, I’ll tell you this right now – we have absolutely no problems with there being fake layers either (those of you who gasped or guffawed at the absurdity may now fix your wigs and monocles and head on back to the 18th century – cakes are a pricey business and I will not have wasted cake!) But of course if we went for a “naked cake” that wouldn’t be a possibility. 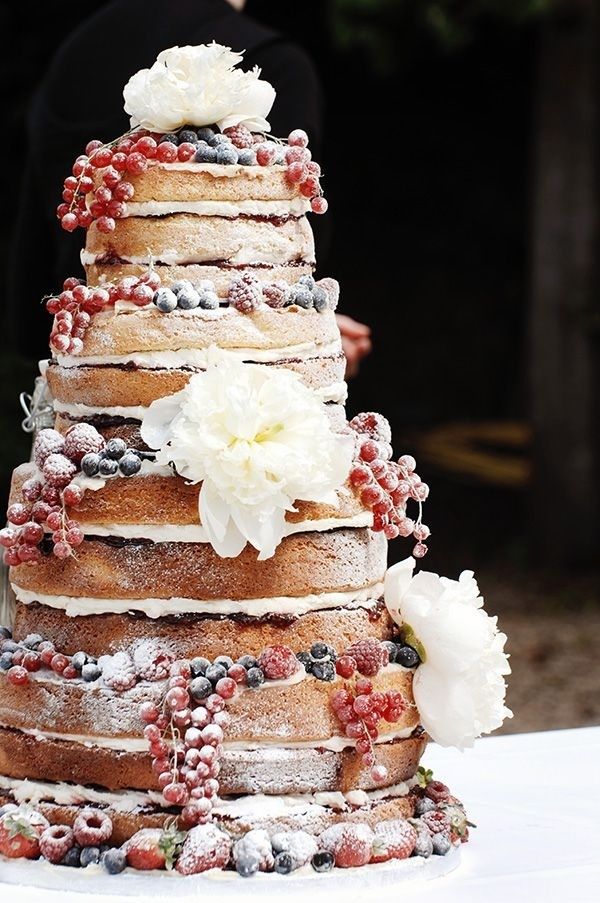 Most cake making people these days say “just find a picture of what you want and we’ll make it happen!” can’t argue with that now can you?! So it’s just a matter of finding something we’re happy with and recreating the look – with some additions/subtractions depending on what we fancy 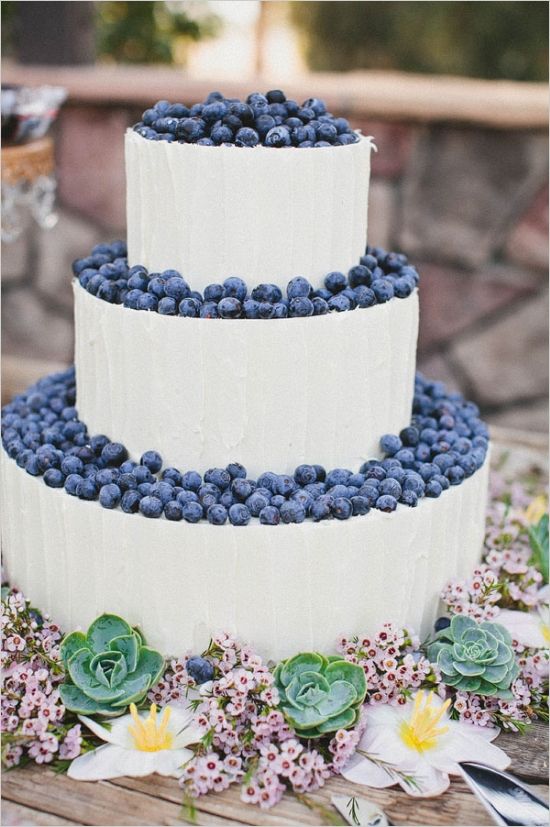 So, I say again – to frost or not to frost?…that is the question! 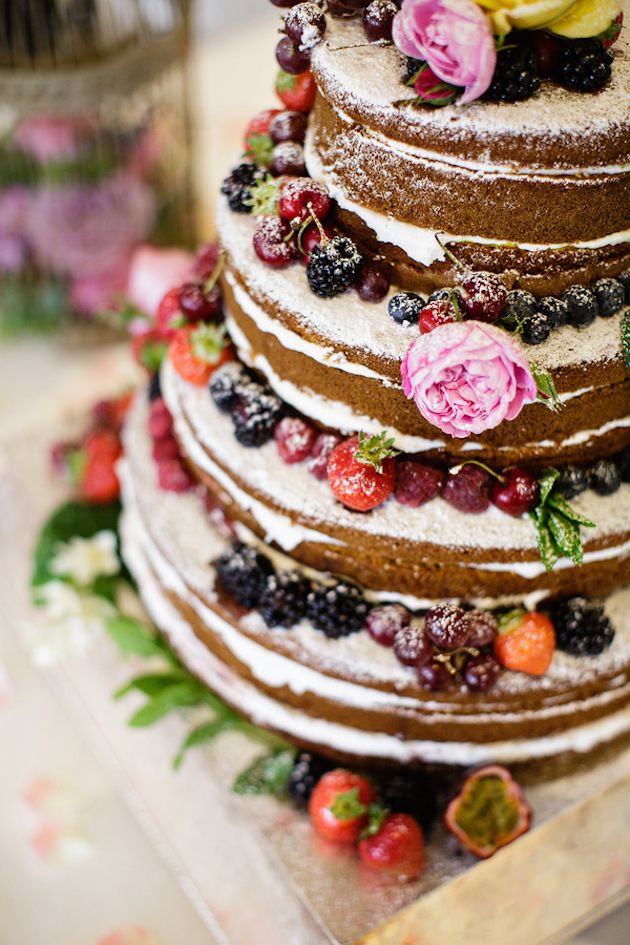 {All pictures were found here}