This little gem of a recipe was created during WWII when fuel was being rationed as well as meat, flour and milk. 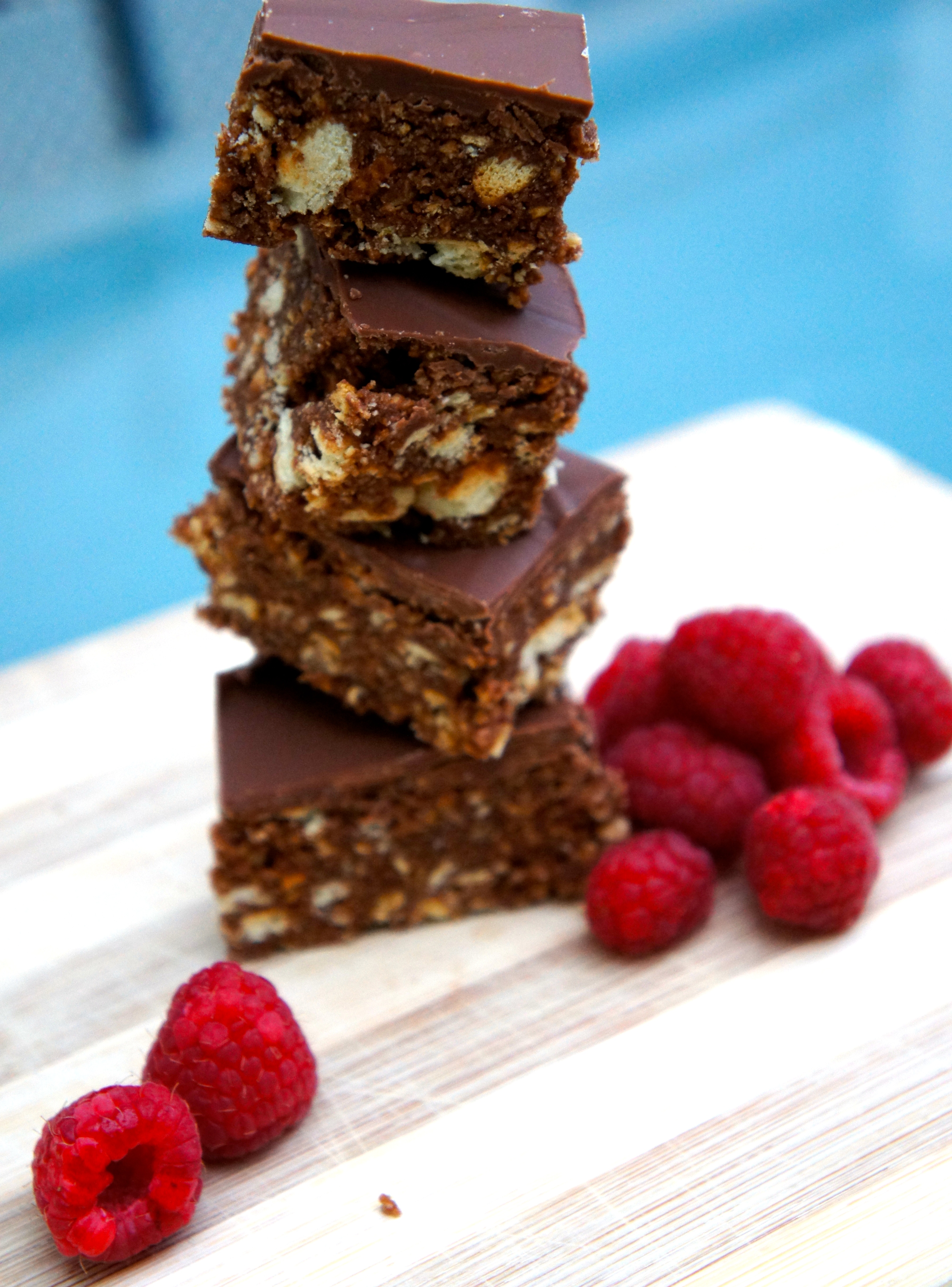 Himself’s family is older than mine which means that his Grandparents were alive (though young) during WWII. This recipe was born from that era and has been handed down through several generations. After enjoying (more than) a few pieces of it in Himself’s parents house, I’ve nabbed the recipe from his Mam to share with you all as it’s very simple, massively tasty and has a bit of History to it too and lets face it, History is meant to be shared,

(especially when it involves Chocolatey goodness!) 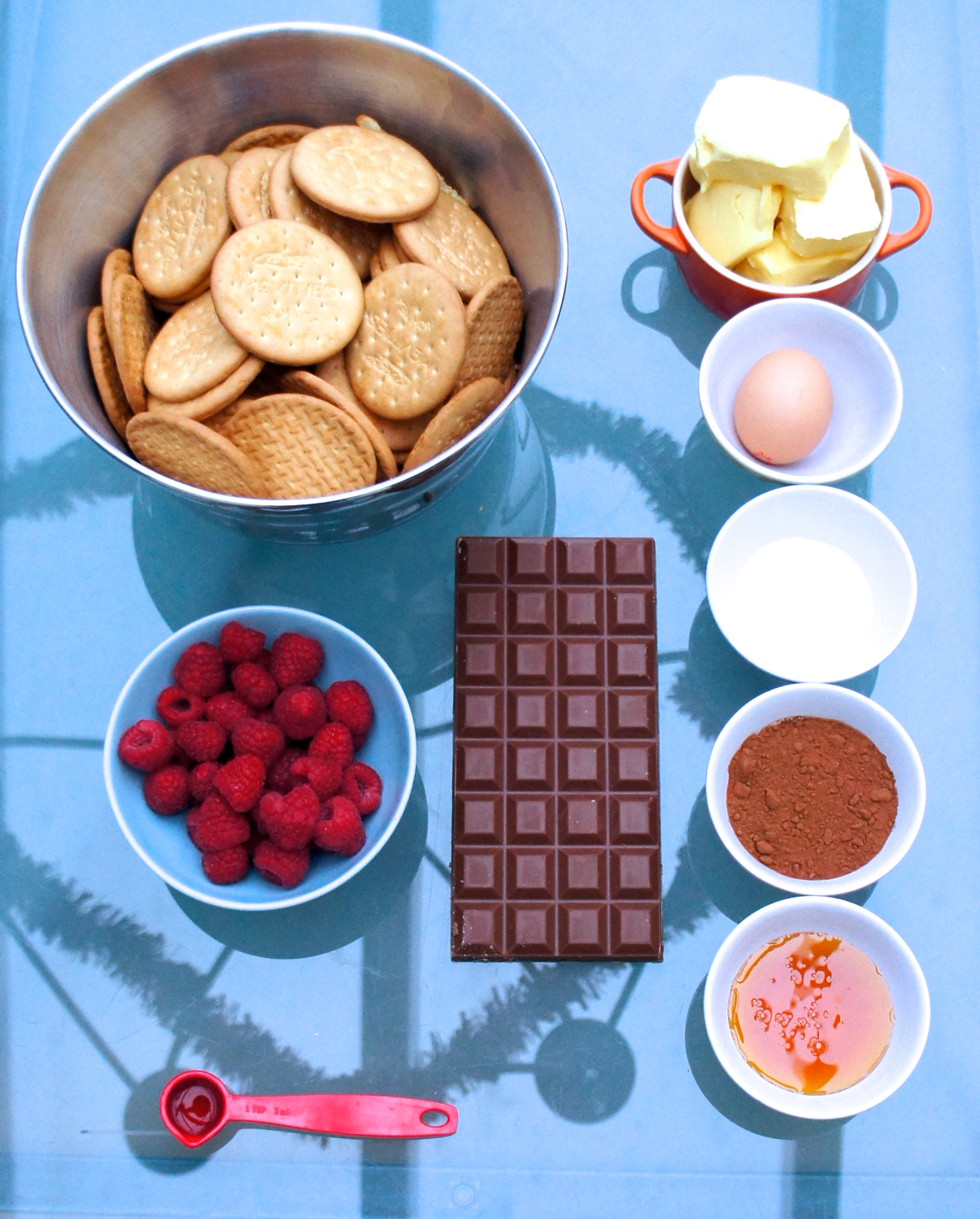 Cream the butter and sugar in a bowl 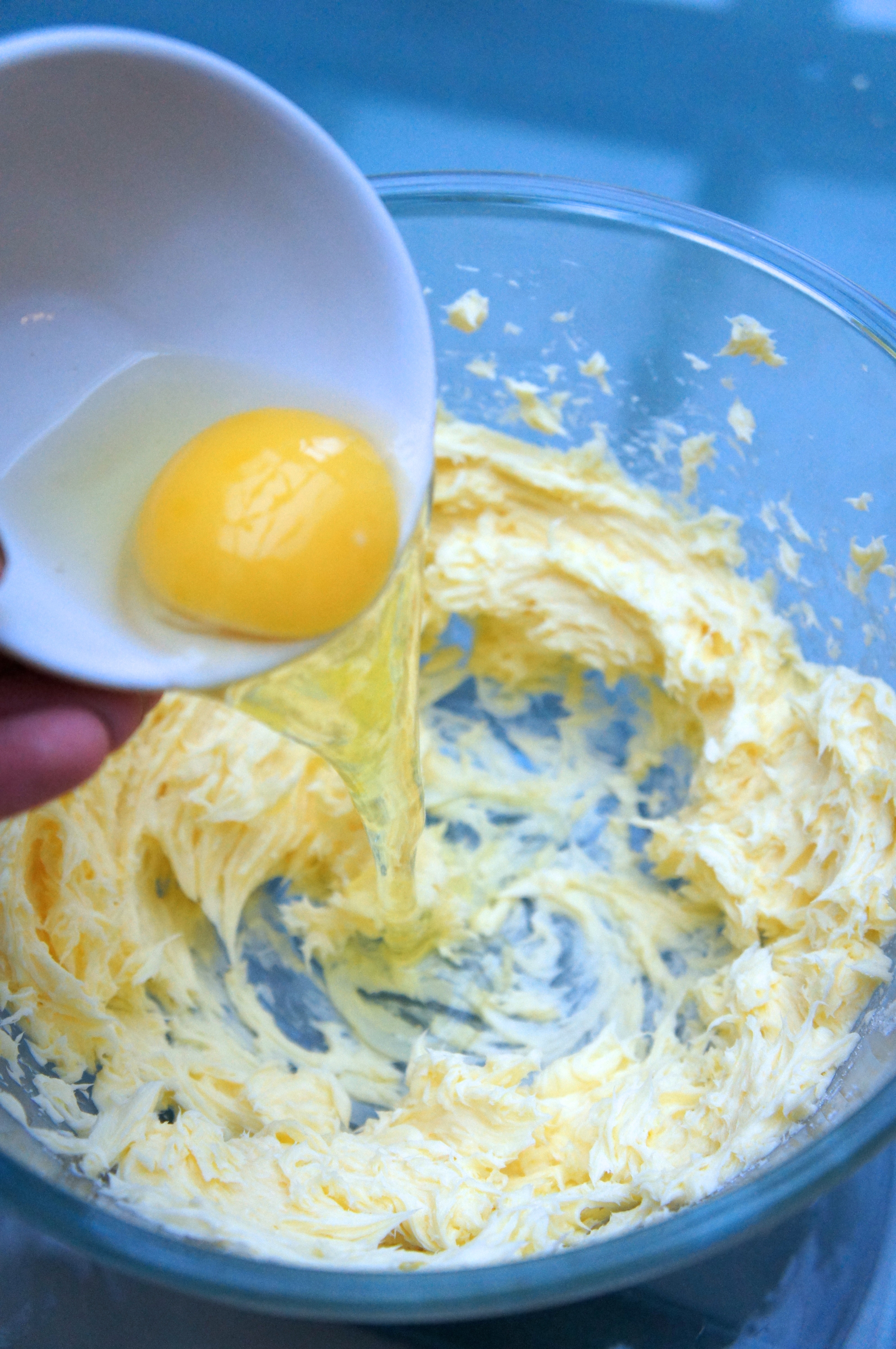 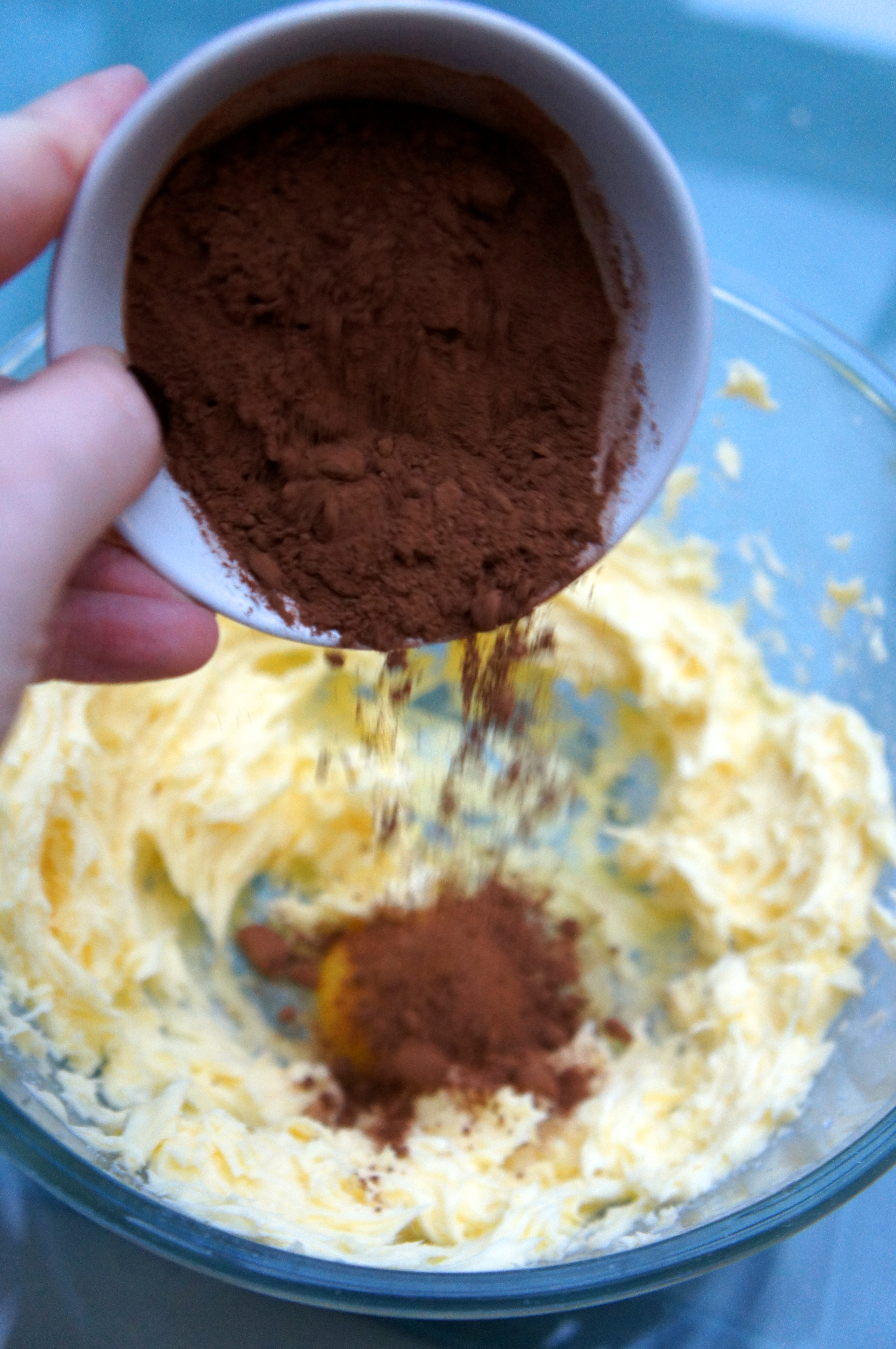 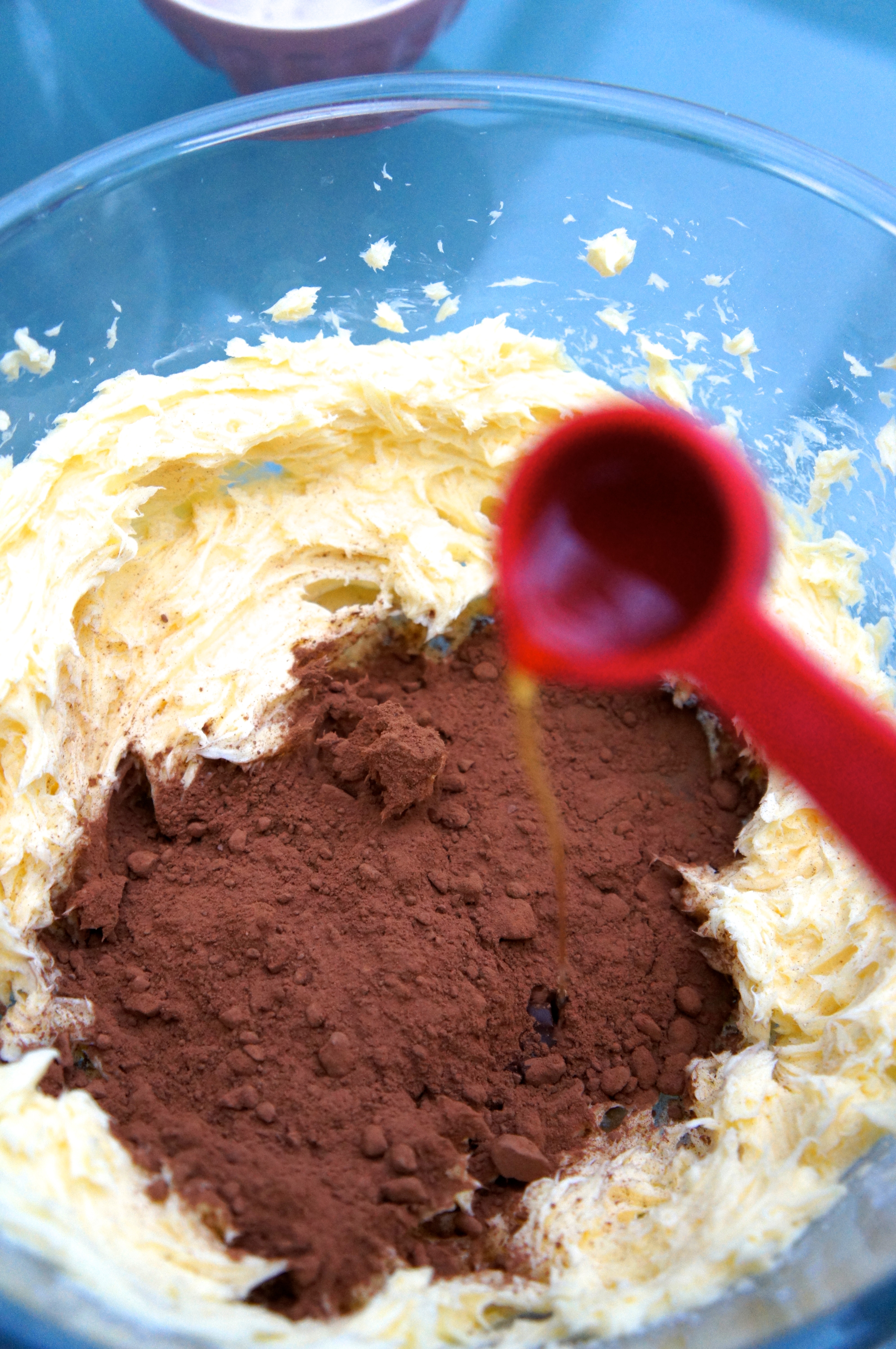 Heat the golden syrup (this probably wasn’t heated back in the day, but I used the luxury that is our microwave for a few seconds to make it easier to use!). Pour over the other ingredients already in the bowl and mix well. 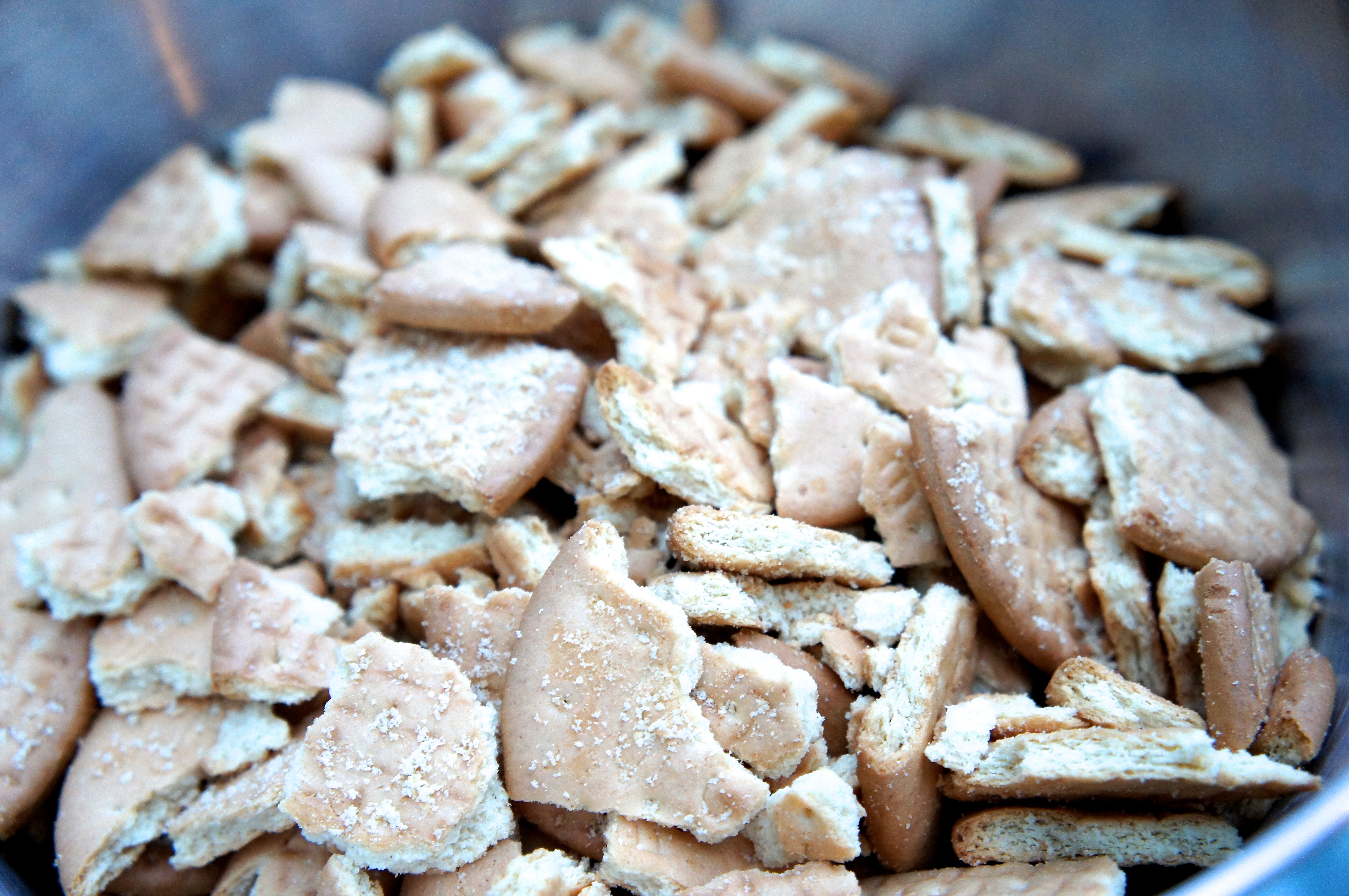 Break up all the biscuits (either by hand or with a plastic bag and a wooden spoon!) 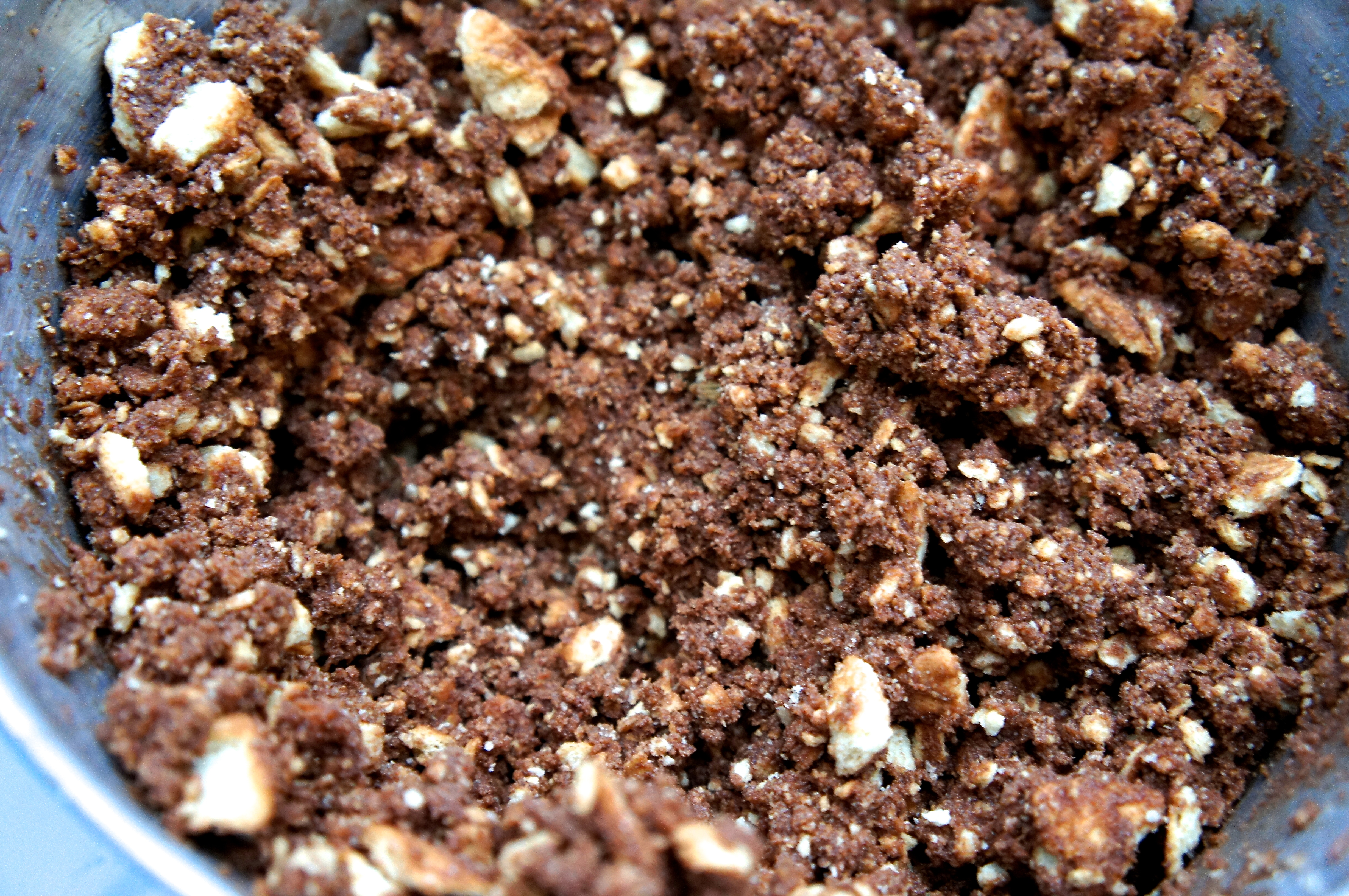 Combine the biscuits into your mixture. I bow down to the strength of the women who made this cake sans electrical help – they were clearly made of tougher stuff than I am because I had to use my hand-held mixer to get the job done – seriously people, I don’t know how they managed without, it must have taken AGES! 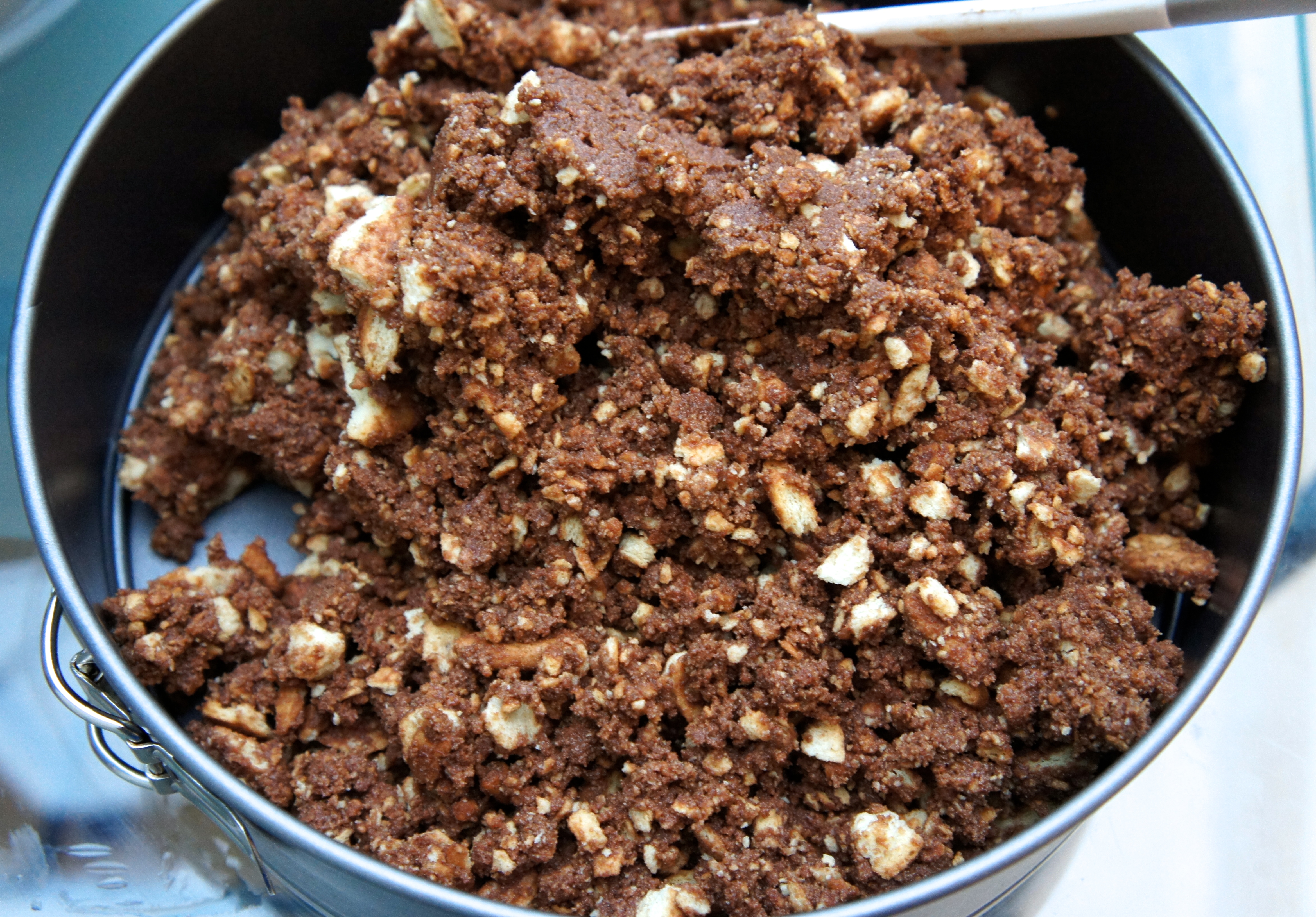 Put the mixture into a cake tin of your choosing – shape doesn’t matter as you’ll be chopping up the finished product anyway. 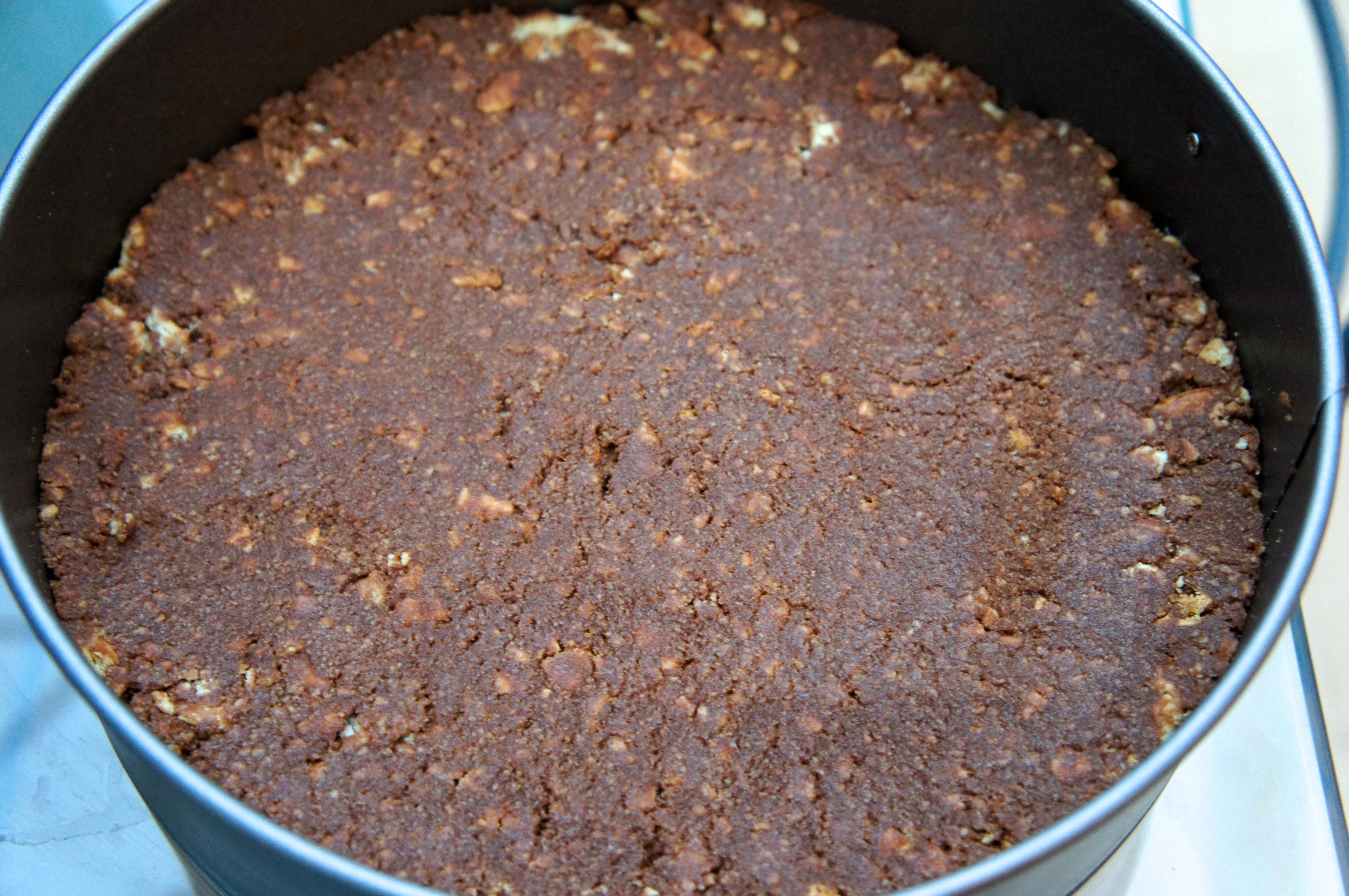 Use the back of a spatula, wooden spoon or ordinary everyday spoon and push the mixture downwards until it’s compact. Leave the cake tin in the fridge for an hour. 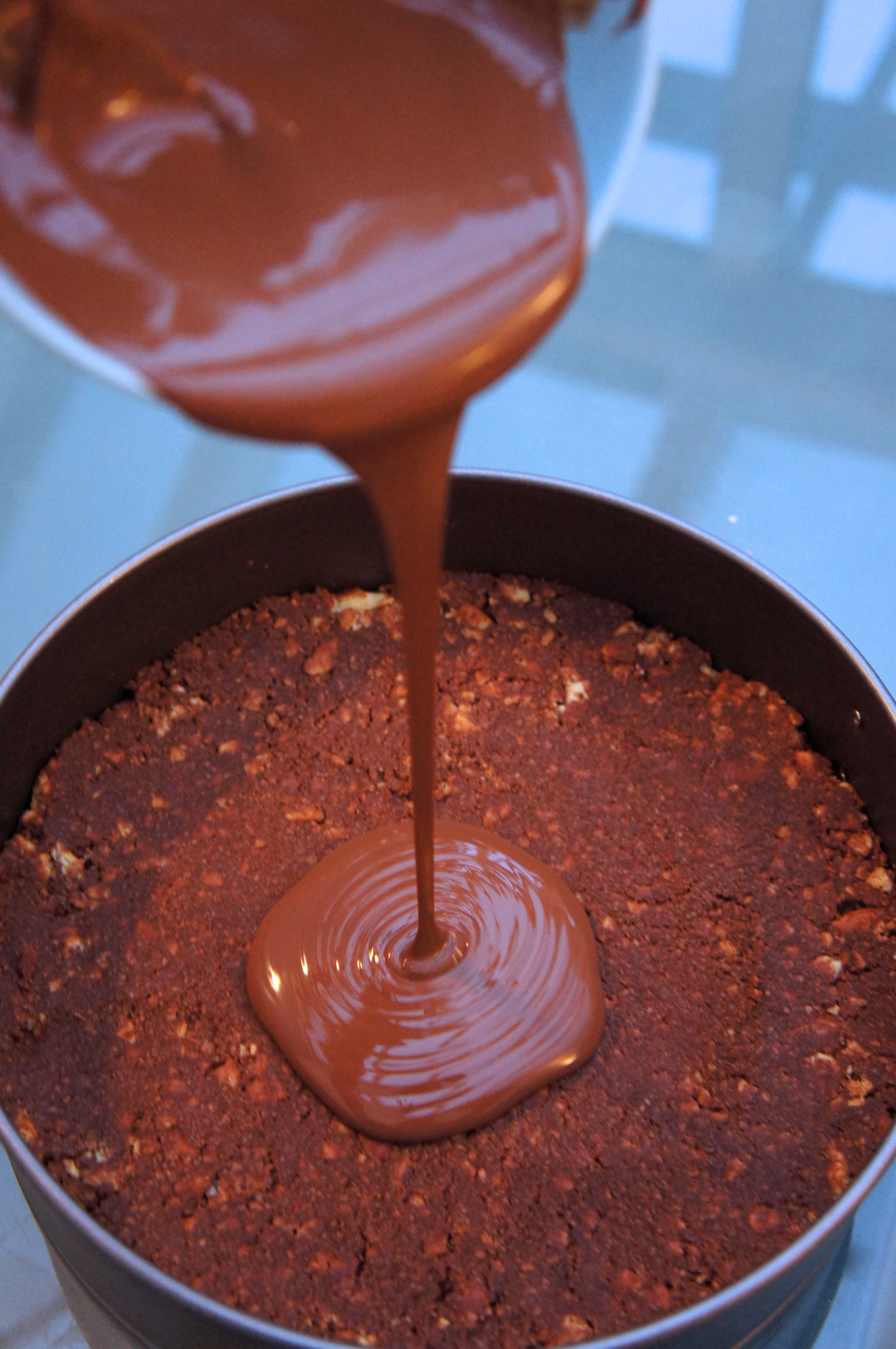 Break up and melt your chocolate (again I succumbed to our microwave!), as in previous recipes I’ve mentioned, make sure you take this step slowly – 30 secs at a time usually does the trick, take the cake tin out of the fridge and pour the melted chocolate over the top

Smooth it out, bask in it’s gloriousness (try your best not to dribble) and return to the fridge until set

Chop up and enjoy, I like to have a side of raspberries with mine – cause I’m fancy like that! 😉 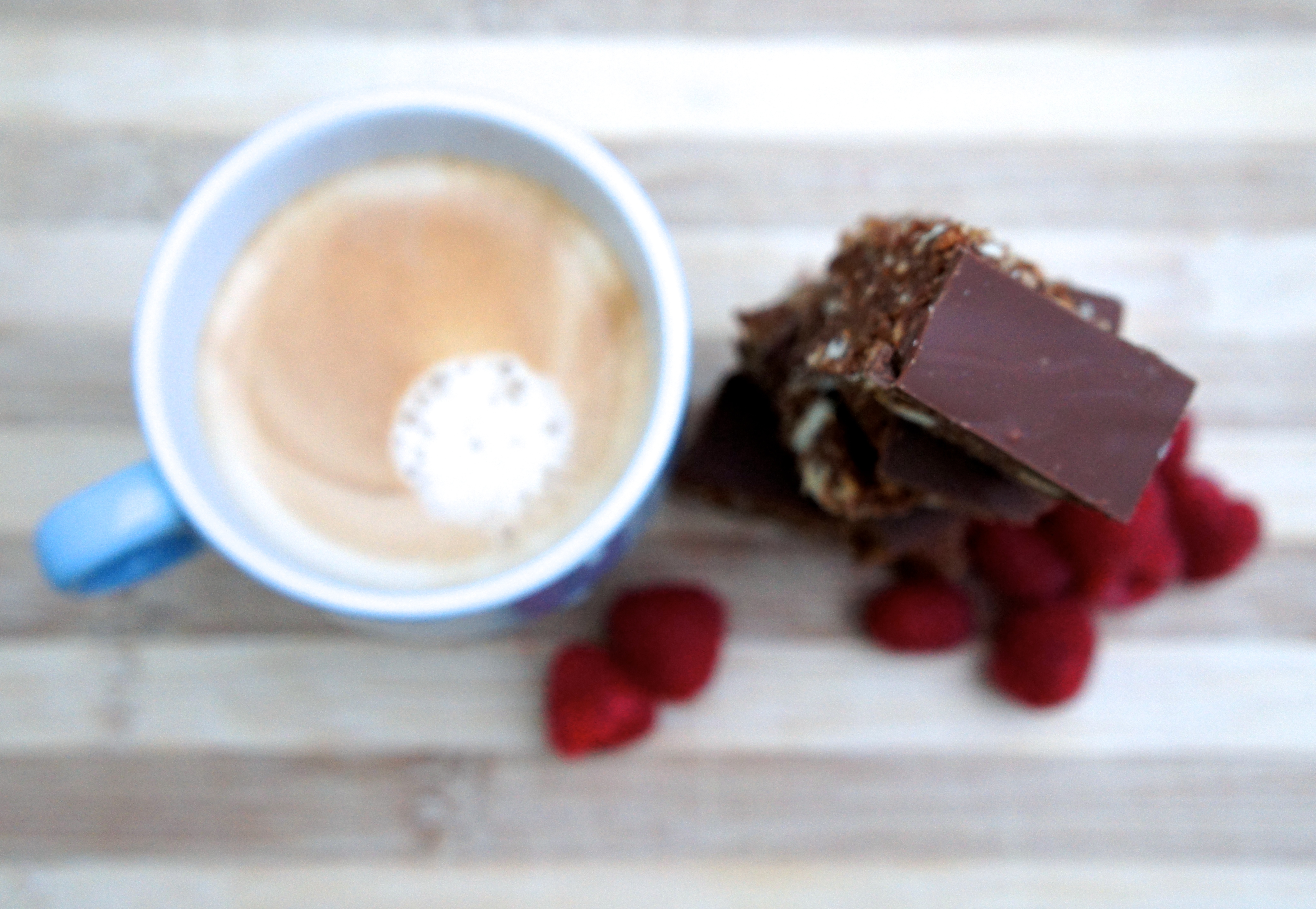 For those of you who are fellow coffee drinkers – this combo is just the business!