Today I met up with my friend Ellie and her lil pooch Terence! 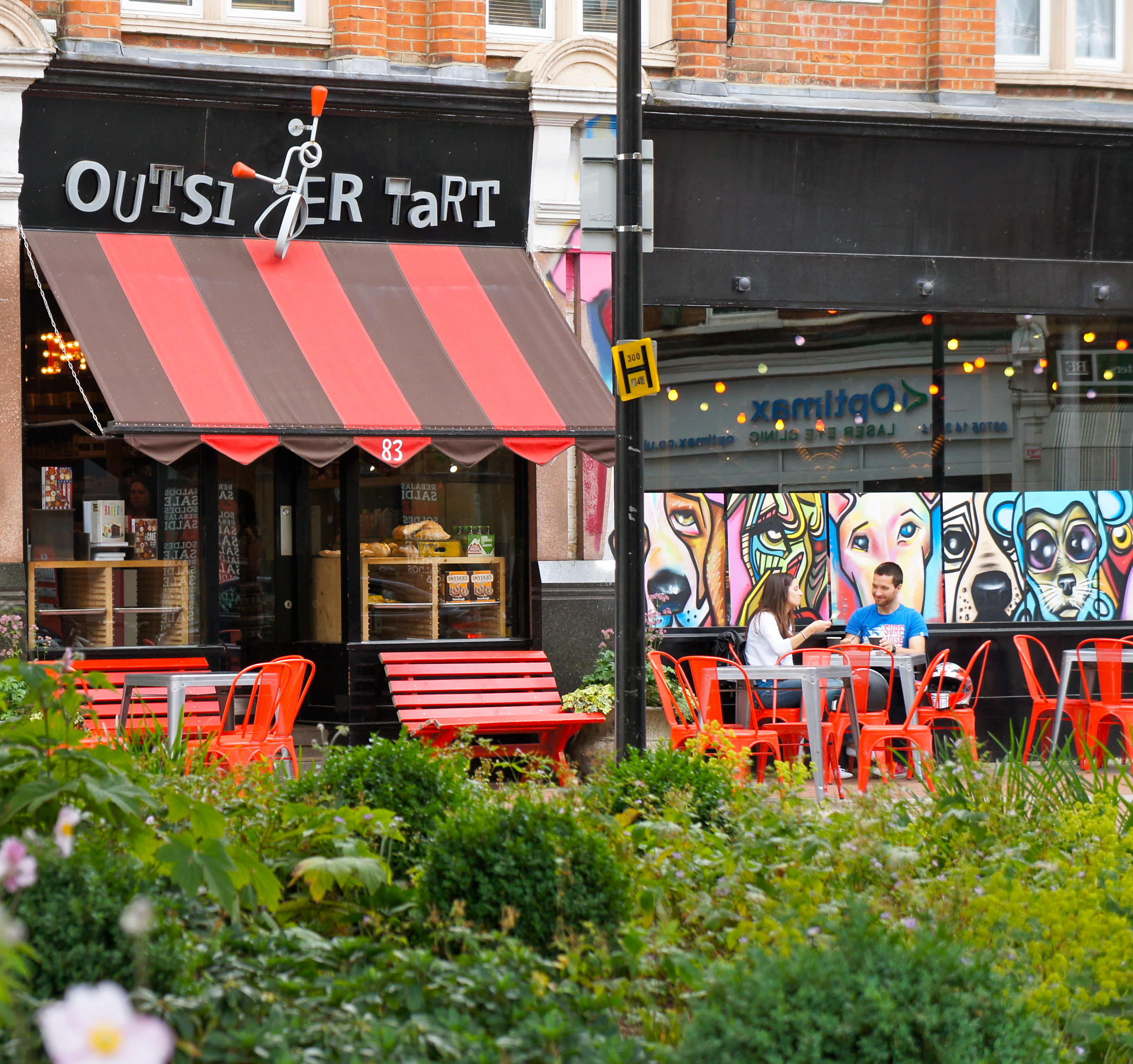 Ellie and I usually meet for brunch on a fairly regular basis to catch up with each others general goings on in work and life. But as I’ve been in a Play for the past few months, today was our first brunch in a long time, so we decided to go all out and head to our favourite spot in Chiswick for a proper foodie feast!

Outsider Tart is an authentic American bake shop and cafe, it’s owned and run by the two Davids both are stateside natives who moved to London to live and work but quickly discovered that it was hard to come by really great cupcakes and sweet pies! So they decided to turn their hobby into a reality and thankfully for all of our tummies, they created Outsider Tart which is most definitely Chiswick’s worst kept secret.

Upon entering, we’re greeted by super friendly staff and a long table chocker full of cakes, none of them are labelled (which is a deliberate move on the Davids part to entice conversation with their customers – sneaky ninja cleverness that is!). But we’ll get to the cakes in a bit! 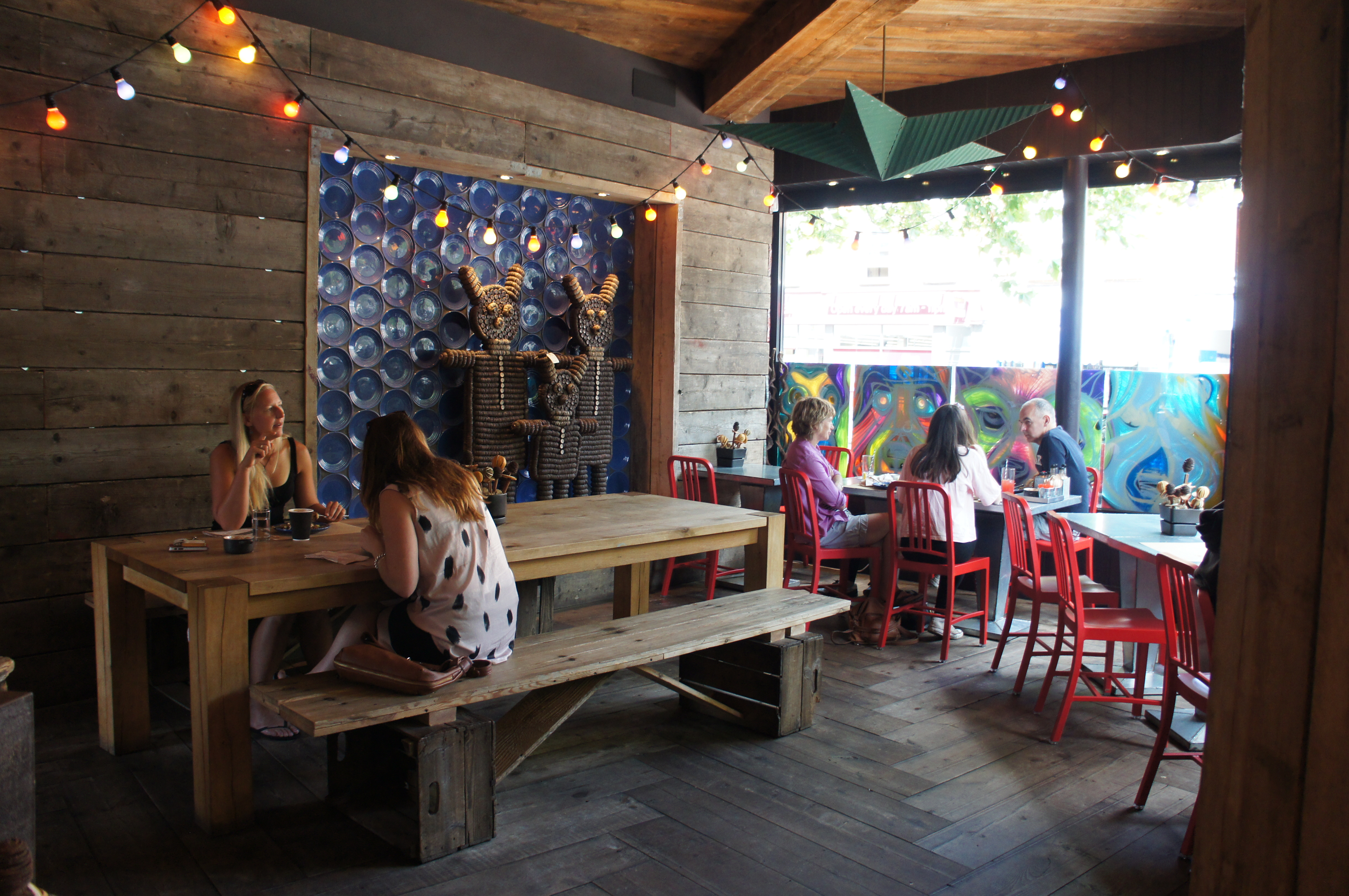 We sat ourselves down in the two seater in the corner with Terri in tow – another great thing about Outsider is that they are massive dog lovers themselves, they even have homemade doggie biscuits on hand for all the pups to enjoy 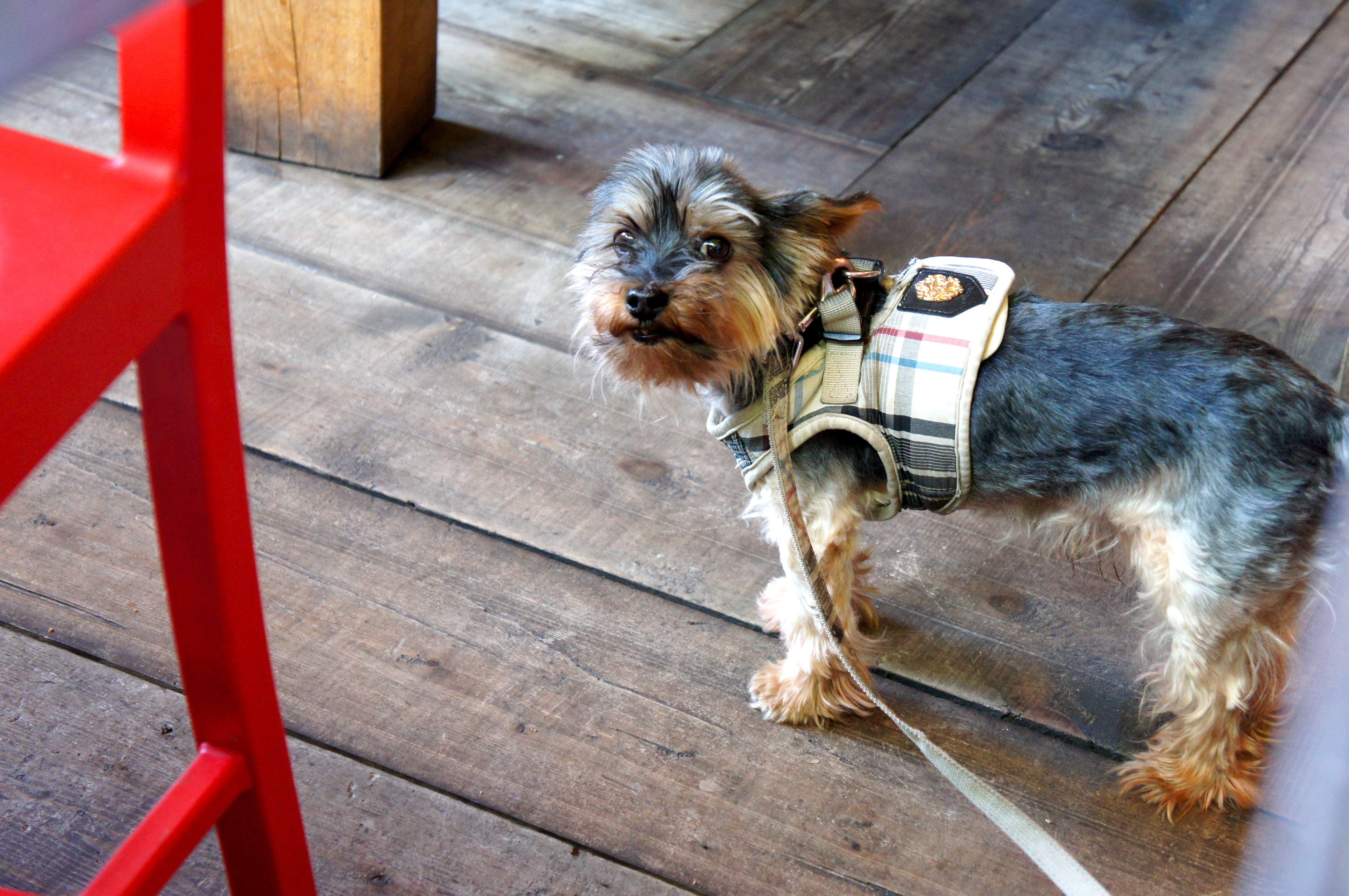 First off we ordered a bottle of sparkling water between the two of us, a green tea for me and a popcorn tea for Ellie – it’s her fave. Both were by Teapigs which I’m a HUGE fan of, another reason why I love heading to Outsider! They have a massive selection, I have been known to stare at their Teapigs shelf for quite some time before finally deciding! 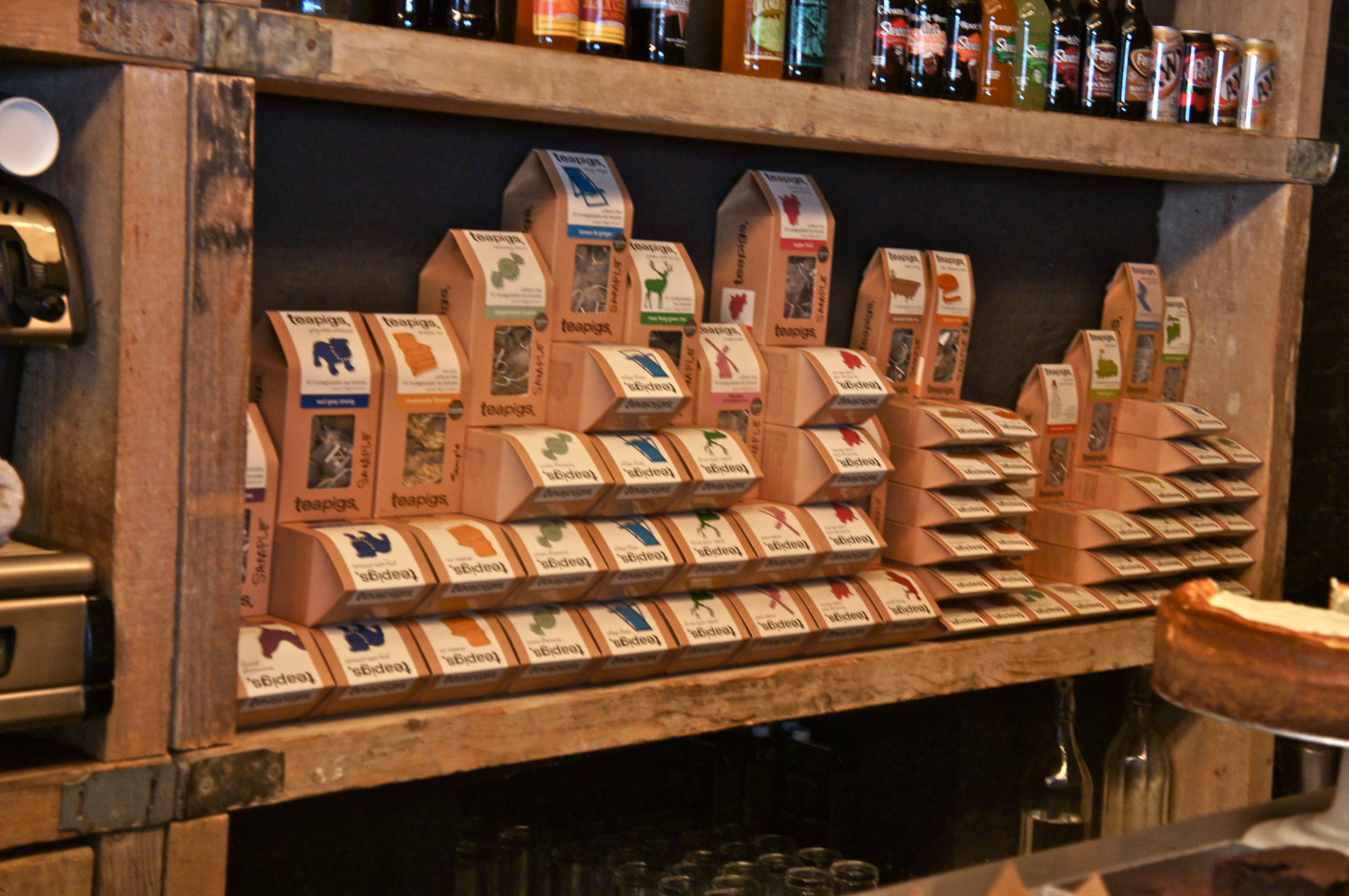 The place is a feast for the eyes, decked out in loads of awesome, quirky and fun artwork 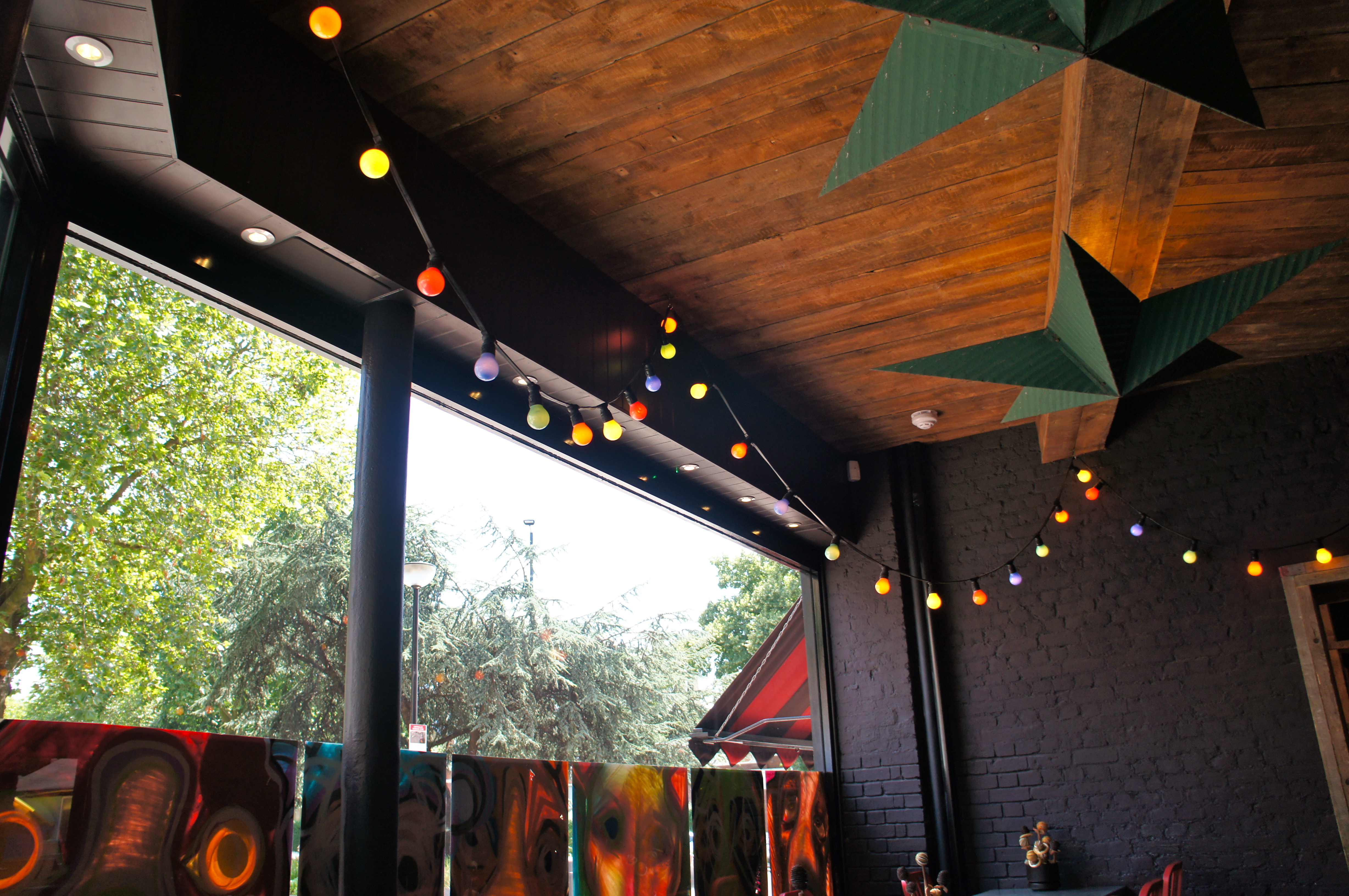 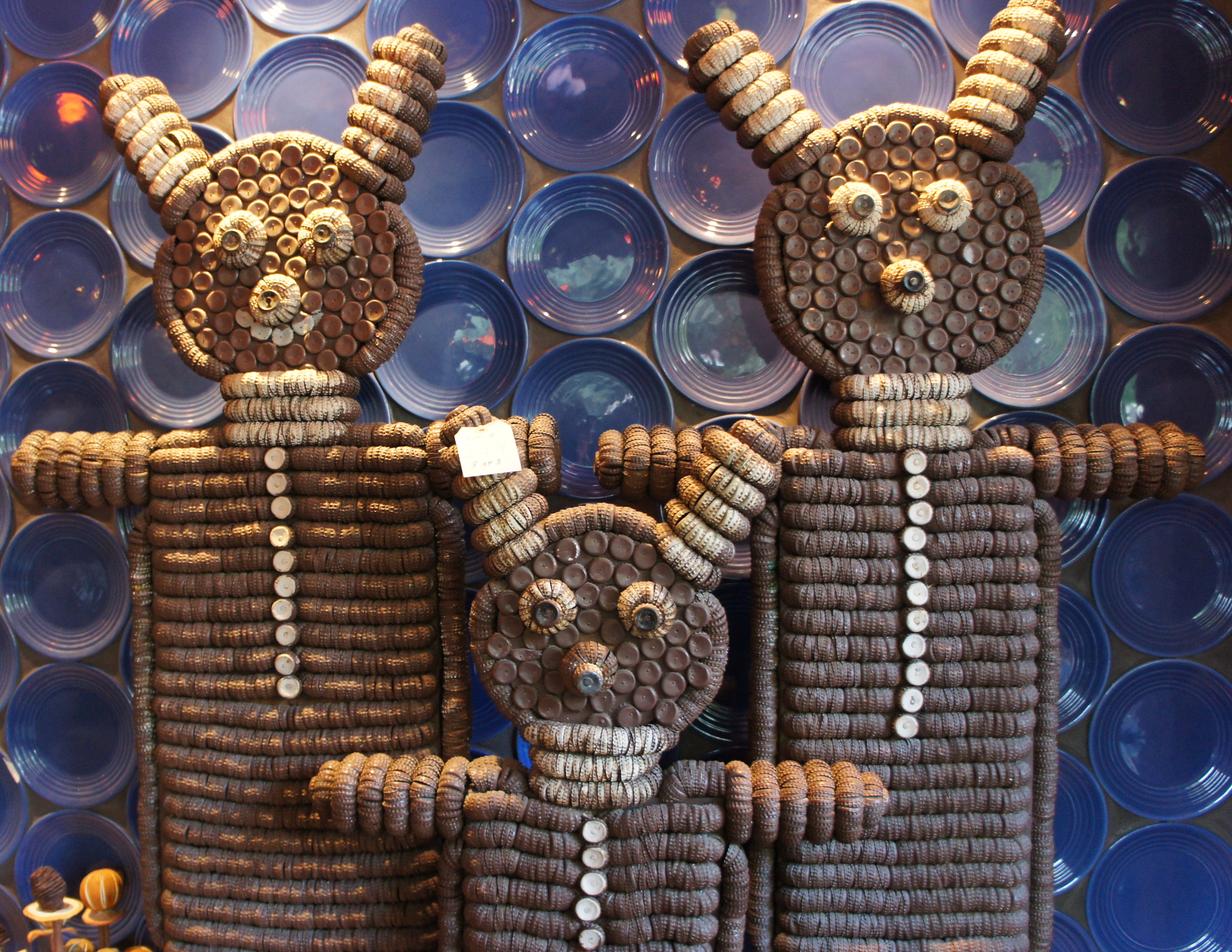 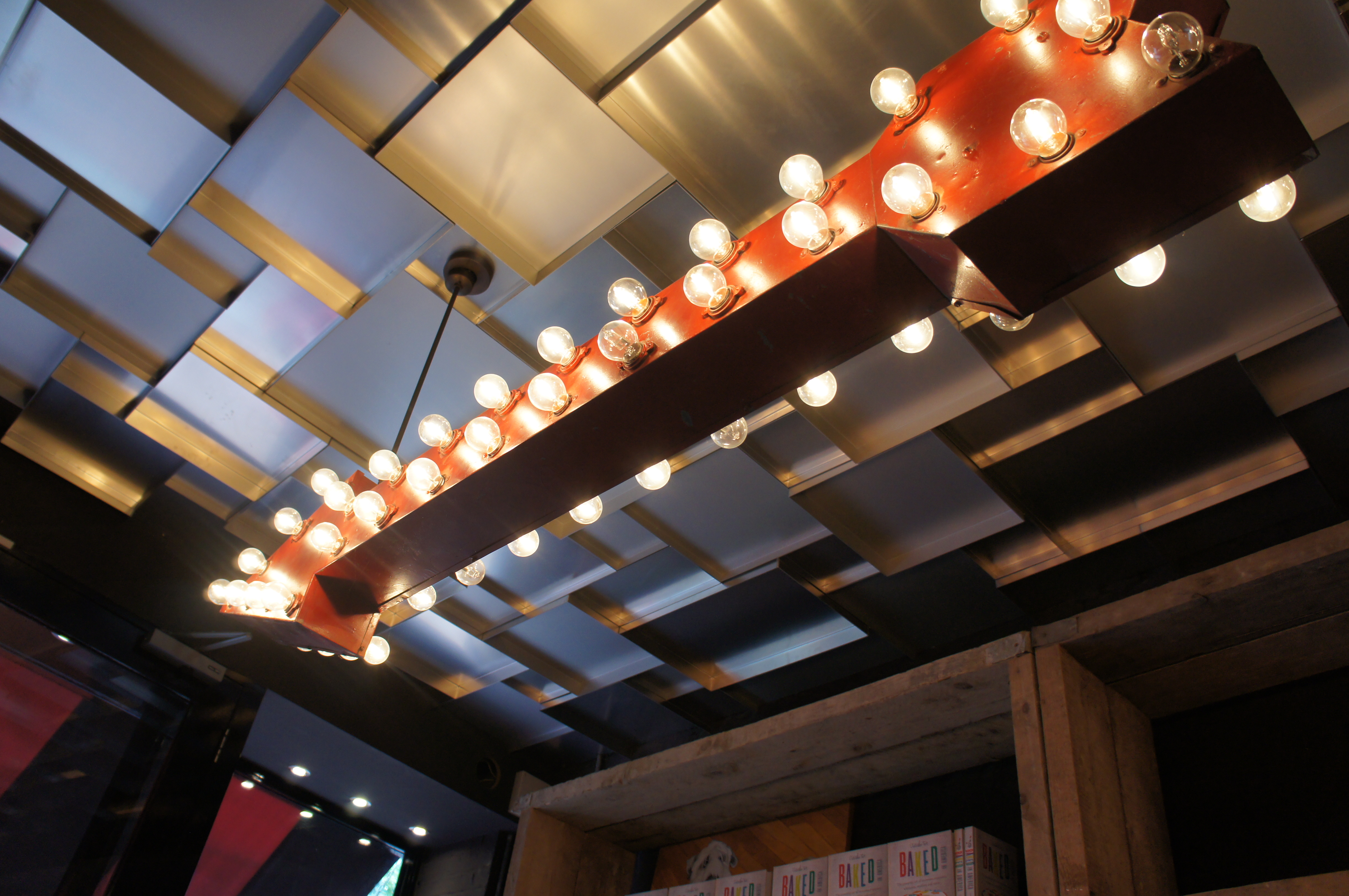 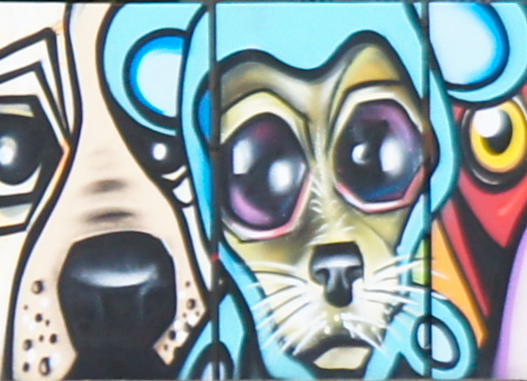 Before we’d covered even a tenth of our chit chat, our foodage had arrived. Outsider have quite an adventurous menu with loads of things you’ll never have even heard of before, but the joy of it is – you’re going to like it no matter what! Ellie and I played it pretty safe today, she went for their Buttermilk Blueberry Pancakes and I went for the Pulled Pork Sandwich 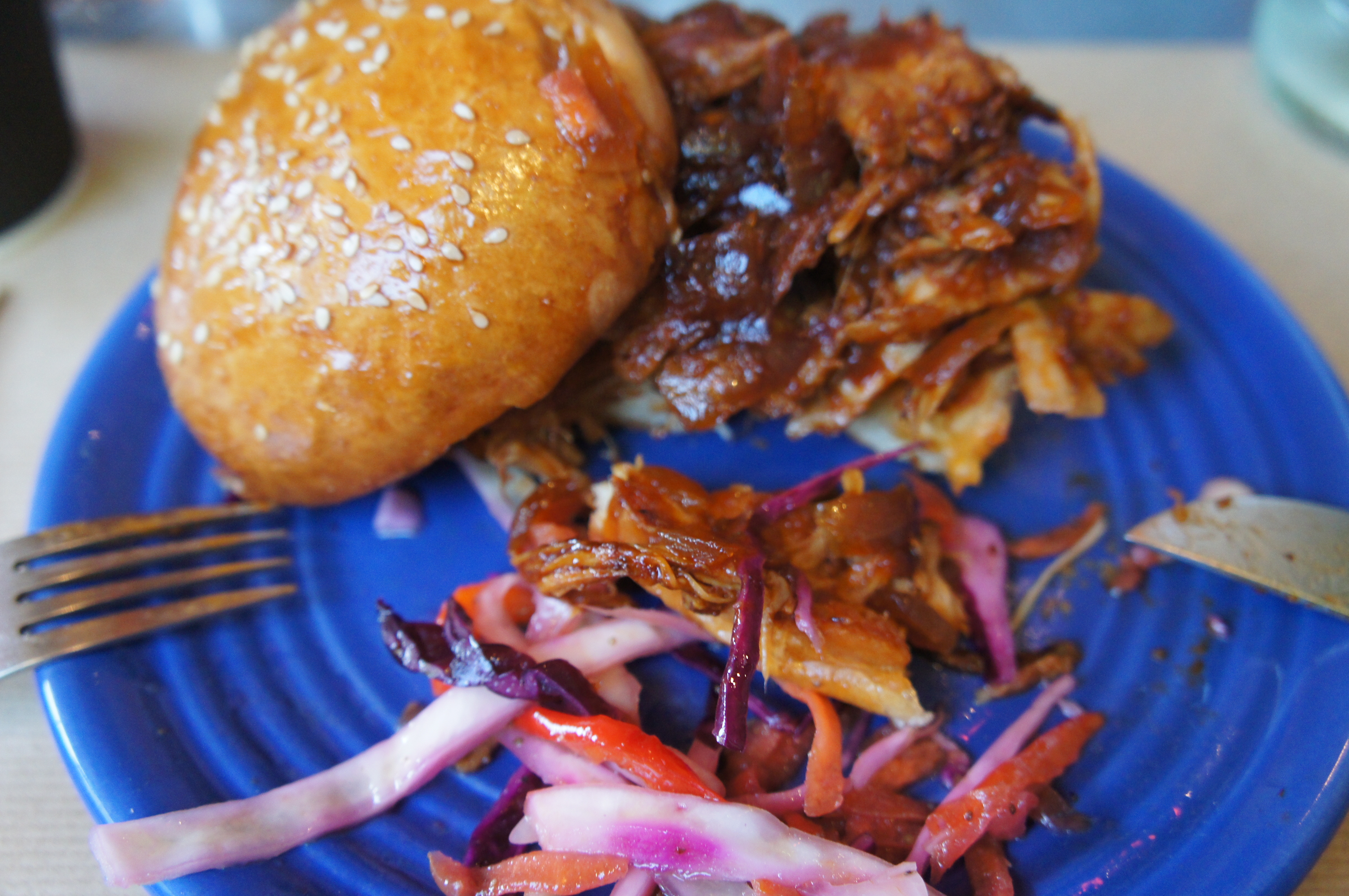 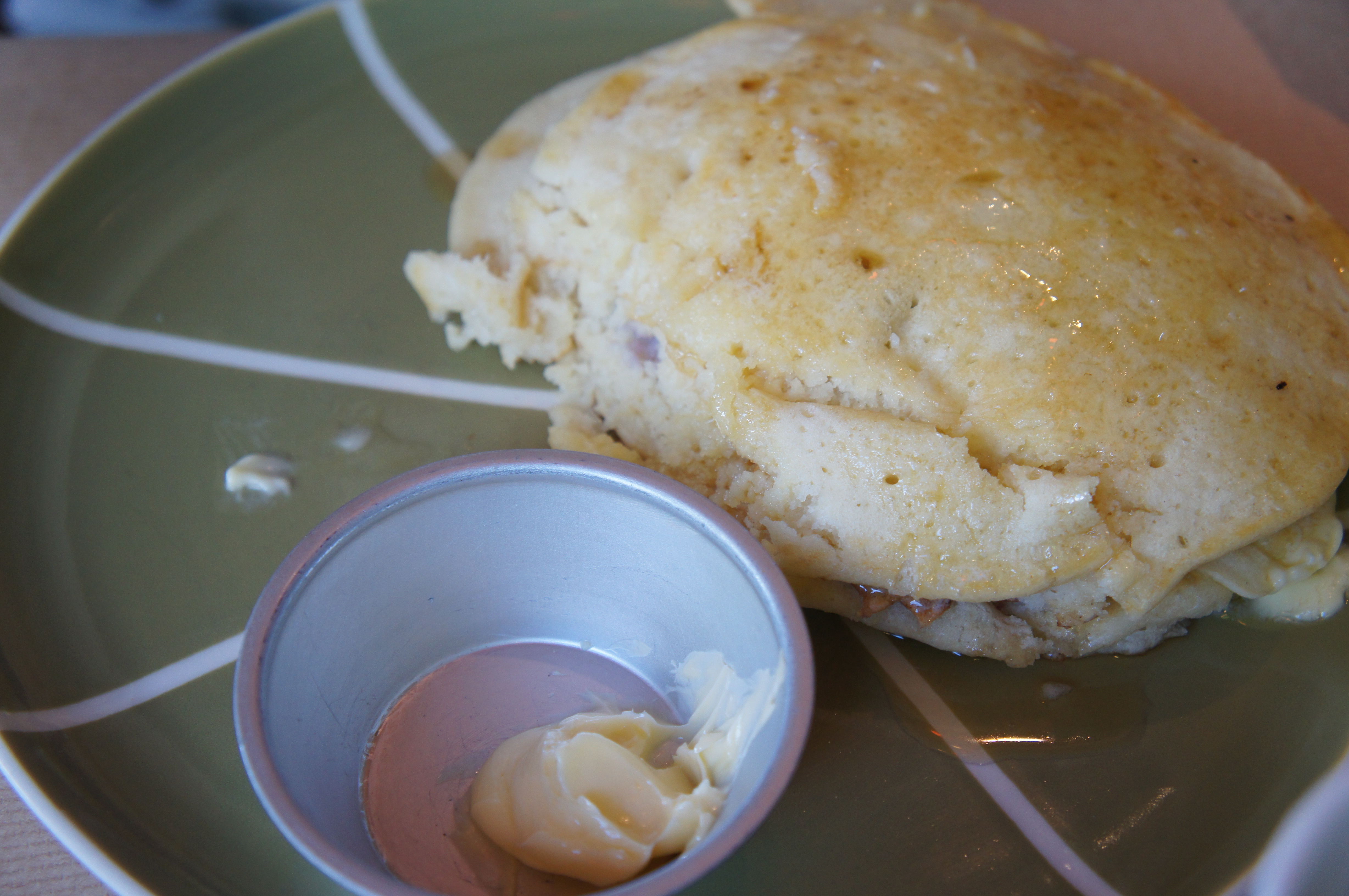 I promise, both were really pretty looking when they arrived to our table – but we had already massacred them before we remembered to take photos – Oopsies! We both tried each others dish and honestly, the food here is spot on, the pancakes were melt in your mouth good with sporadic sharpness cutting through the sweetness thanks to the blueberries! The BBQ pulled pork was mouthwatering goodness, I’ve had it before and I’ll no doubt have it again, definitely worth trying if you’re around, and if you’re not around – block out some time and make the trip!

As the place was getting uber busy, we decided to move to the long table with all the cakes – to free up the foodie table so a new group could come in and sit down for brunch – not that we wanted to be near cake or anything…

Just Look At Them All!! 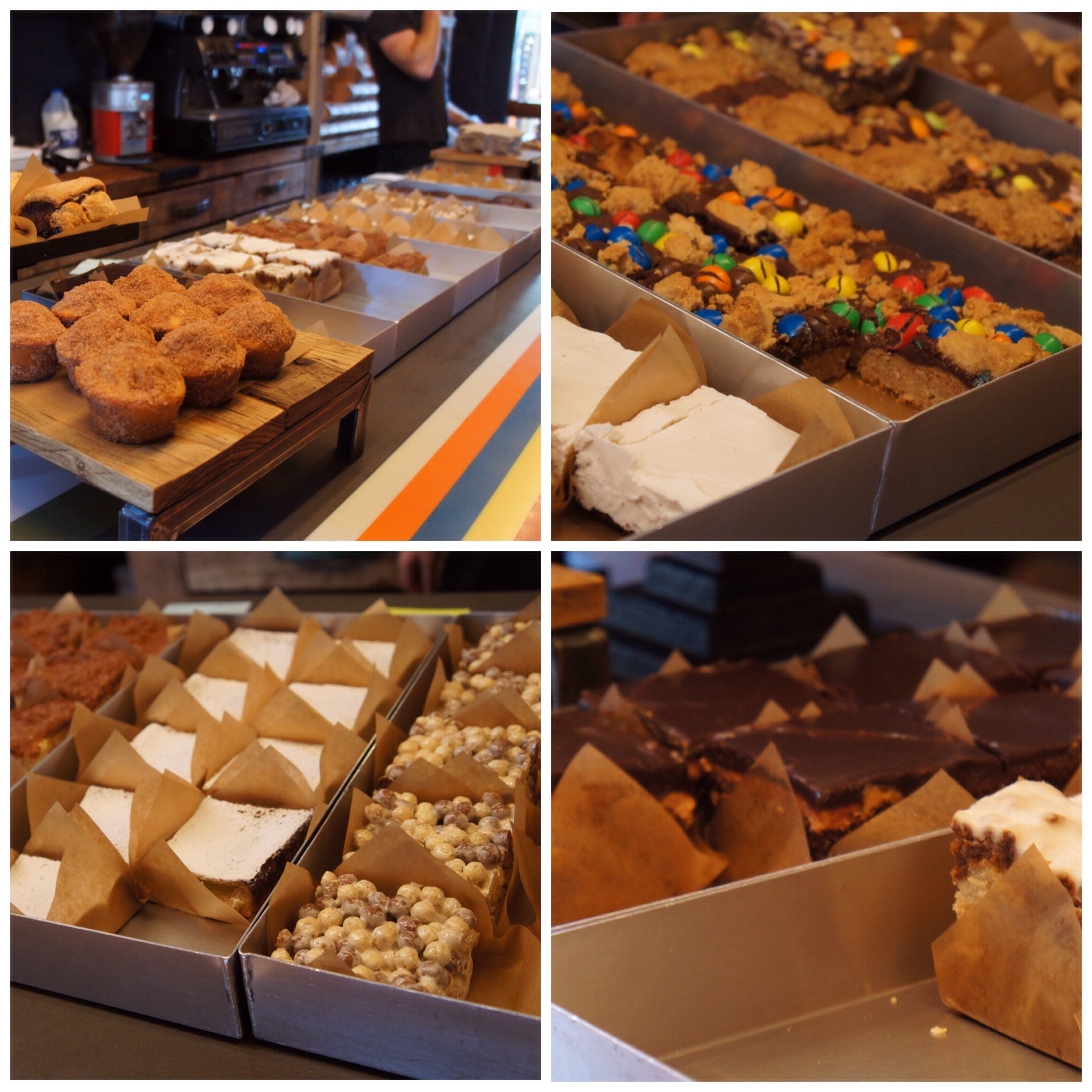 I love looking around at all the items lined up on the shelves too. They get in so many American products, like Lucky Charms, Fluff, Cheetos, Soda Pops and loads more. Plus they have a liquor license so if you head down on a Thursday, Friday or Saturday night, you can have a few fancy beers with your meal. The banter is always mighty in Outsider, all the staff are good for a laugh and it’s really common for people to rock up solo just looking for some chat – along with a stellar cake – obviously! 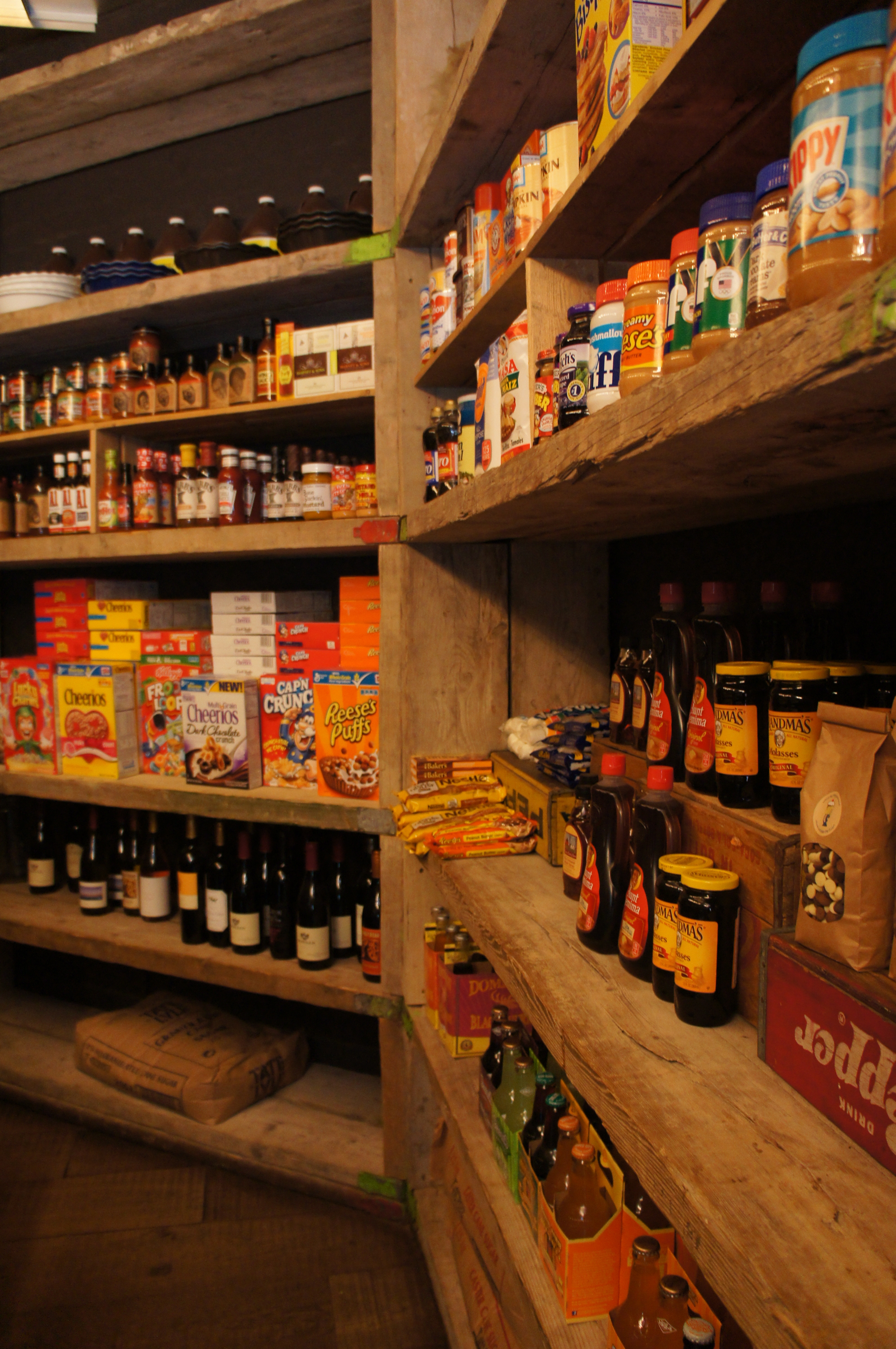 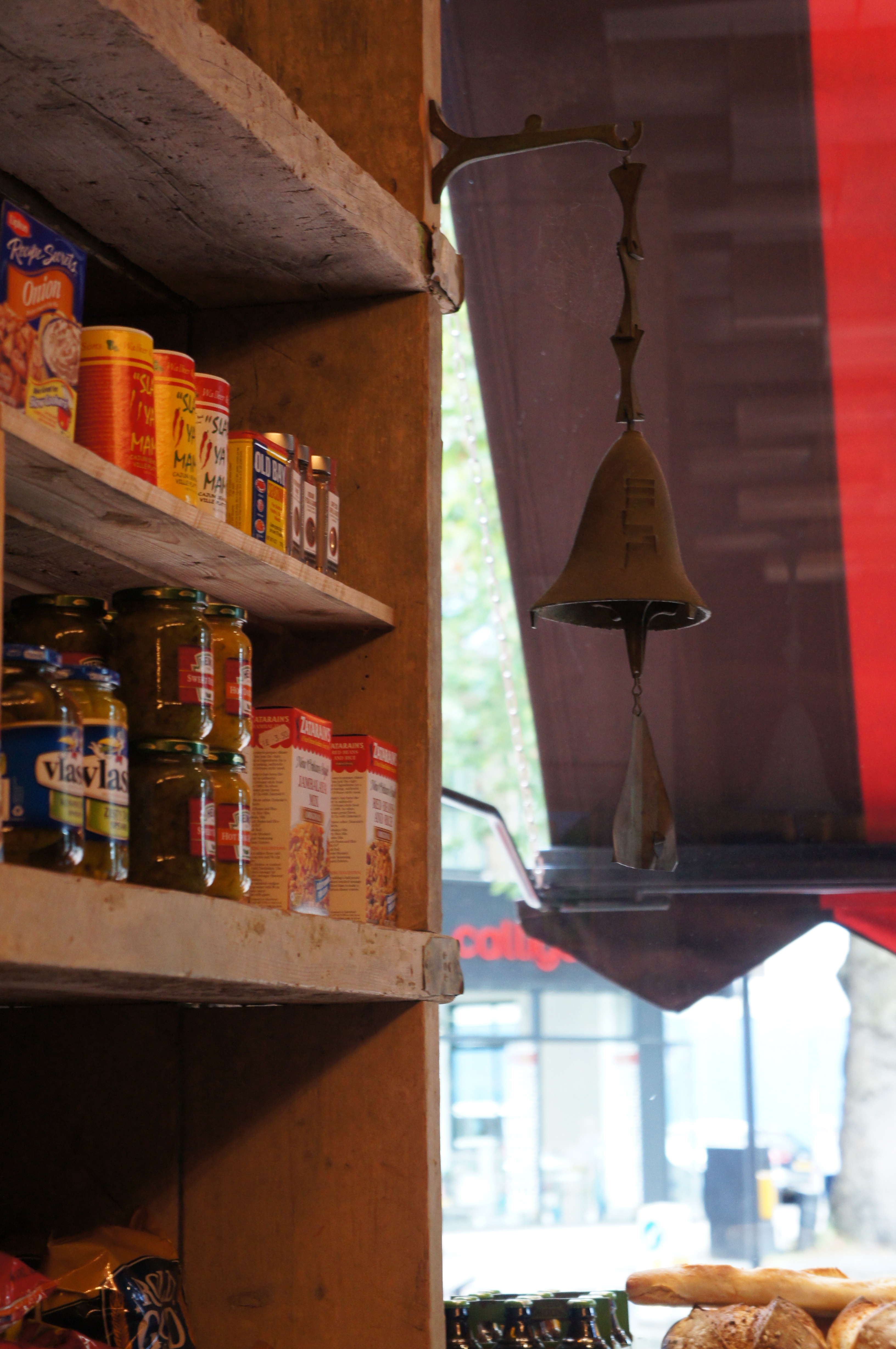 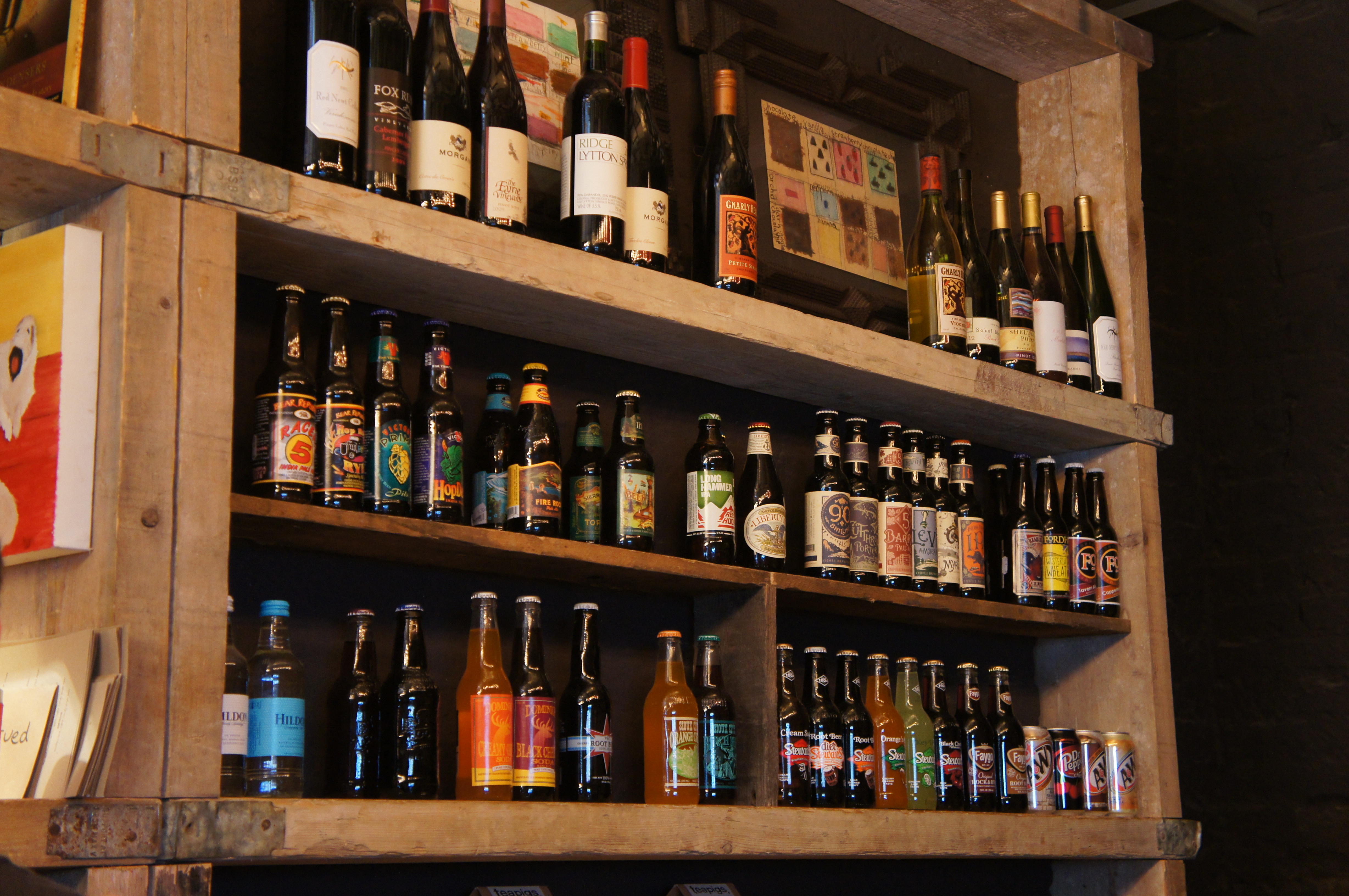 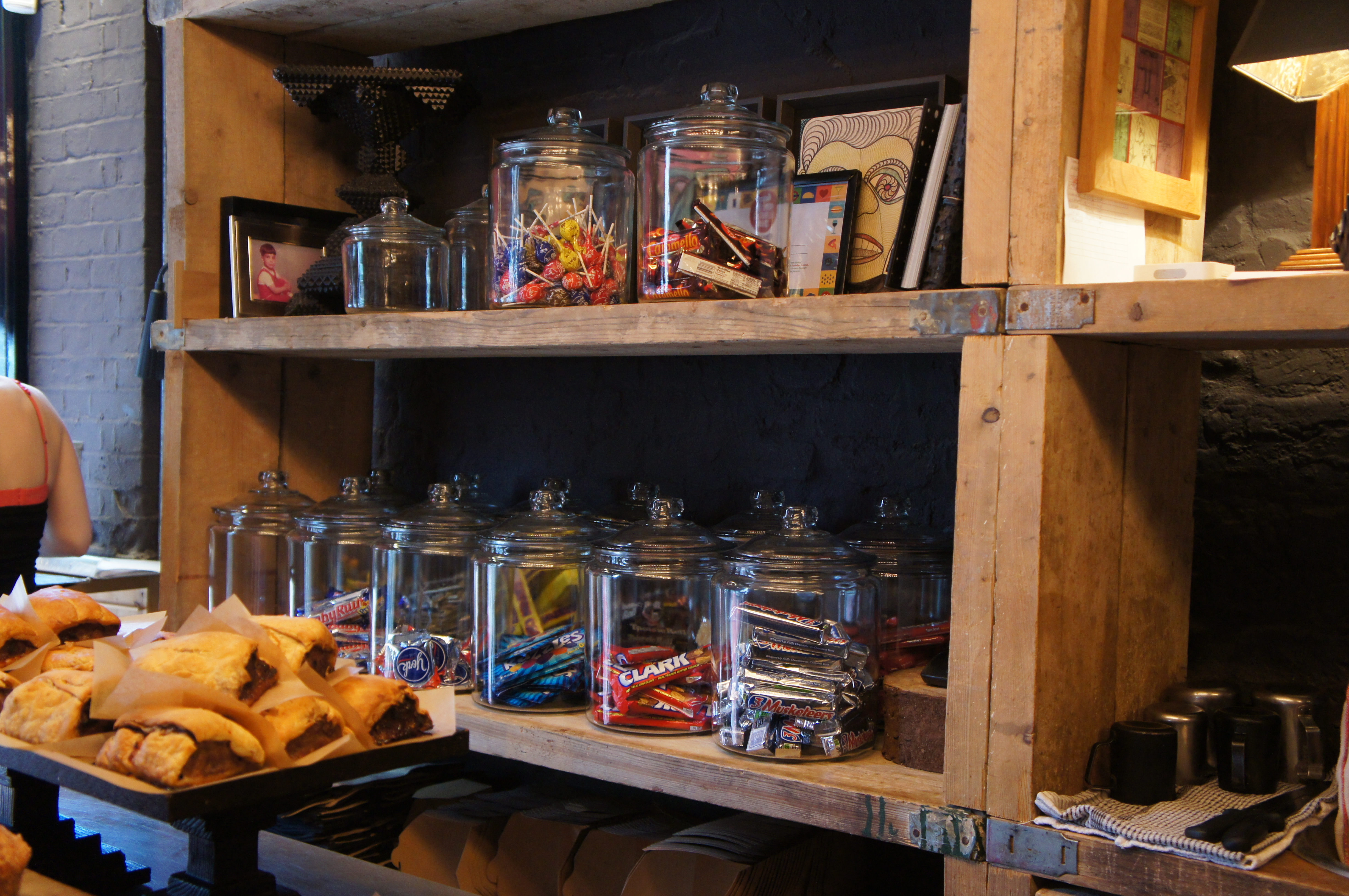 As we were still stuffed from brunch, we got our cakes to go (Ellie got a chocolate, peanut butter brownie and I got their Cinnamon Puff – cross between a doughnut and a cupcake – it was glorious!). We meandered through Chiswick taking in all the little boutique stores in the vicinity and I found a very summery hat in Oliver Bonas (which I might just go back and get for my holiday!) 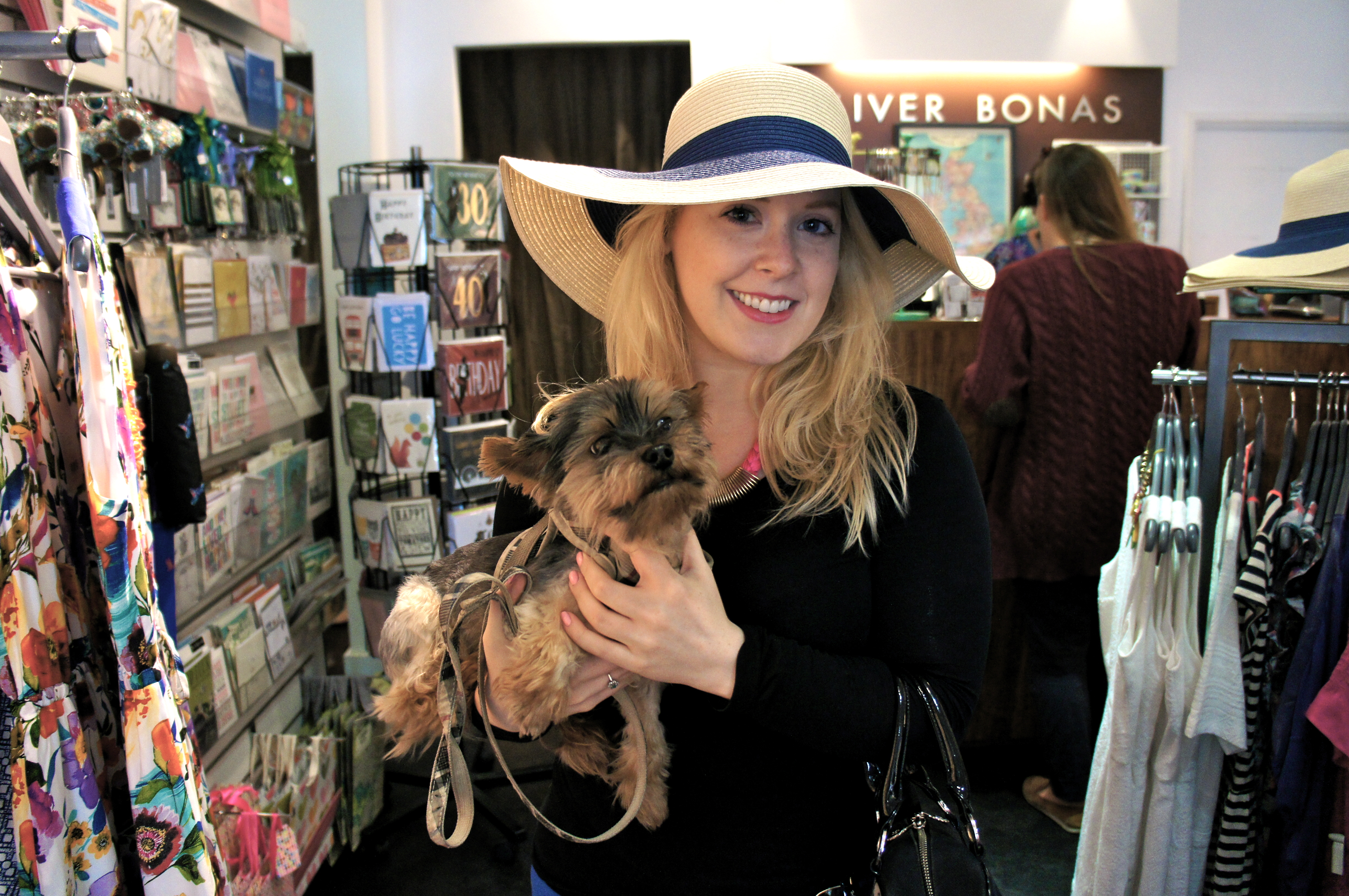 Finally it was time for wee Terri to be brought home for his dinner, all of a sudden, Terri saw something and had a full on “SQUIRREL”  moment which gave Ellie and I the giggles – look at his determined little face!! 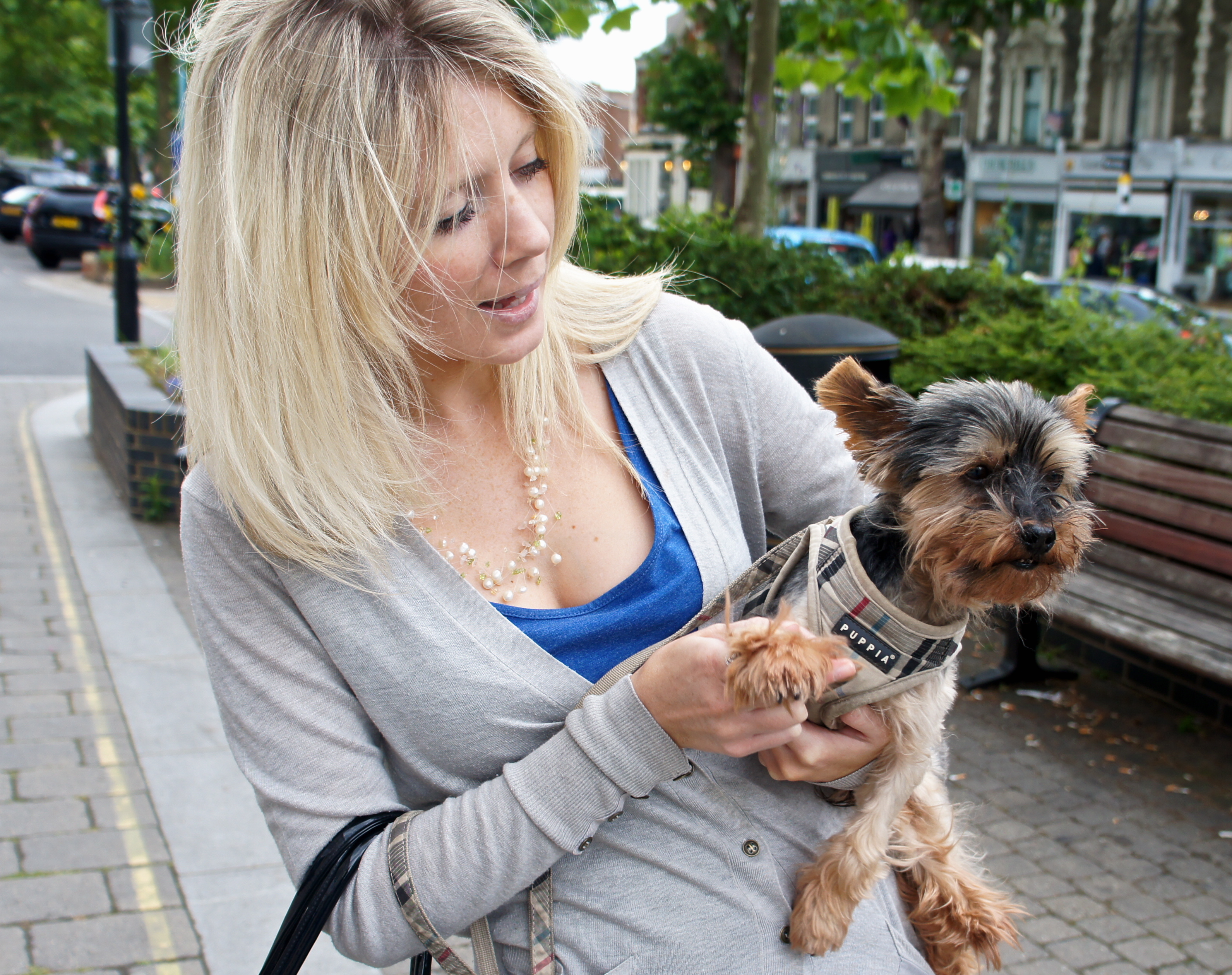 If you have a top foodie place you love to go to – let me know, I always like trying out new spots in London!