Who doesn’t love a food market!?

When word travelled to our ears that a new market was opening in Chiswick, Himself and I decided to make a weekend of it, so not only did we check out High Road Market on the Saturday (10:00-15:00), but we also went to The Food Market which has been open every Sunday (10:00-14:00) in Chiswick since 2001.

The High Road Market had me at “Hello” with a petite flower stall ready to greet us when we arrived at Belmont School. I scooped up the first bunch of lovelies I saw, paid the young woman and carried them with me like a trophy for the rest of the morning

Two lads ran a homemade sauces stall (we would’ve scooped the lot if we didn’t have our sensible hats on), each one sounded amazing!!

We took them up on their deal and after much discussion, finally landed on our choice of three!

The delightful scent of freshly brewed coffee caught my attention, so our next stop was at The Coffee Shot, great coffee – actually no – Great coffee, with a capital G!

Himself had a belly rumble, so rambled off in search of some food, surveying ALL the options before making his choice

He went with the breakfast roll and was delighted with himself – I must say, it was really tasty, especially the bun – it was so fluffy!!

Now, I don’t have trouble with gluten but I do love to try new things, so over to “Gluten Free Brownies” I went (Himself was sceptical!)

We bought two, the orange and the vegan. They were both delicious, especially the vegan, which was a bit of a shock if I’m honest!

The last stall we visited, I still have dreams about. “The Crunch”  is owned by a guy in his early twenties, who is such a gem and chatted passionately to us about his food. He makes up yoghurt and acai bowls for people to enjoy on the spot, but he also makes his own muesli and granola at home from scratch

The granola, wowza, he had something to suit even the trickiest of granola palets! I bought a bag of it – SO good – fair warning though, there’s a good glug of honey in there, so it wouldn’t be the healthiest if you ate it all the time, but as a treat – NOM! We left the market, delighted with our purchases.

The next morning, we were up bright and early to head to The Food Market (the one that’s been open since 2001)

I have one rule when it comes to coffee and that is – the rule of one.

Fearful of becoming hooked on the stuff I suppose, so the moment I developed a taste for coffee, I decided on my rule and have been living by it ever since – most of my coffee drinking friends think I’m mad! 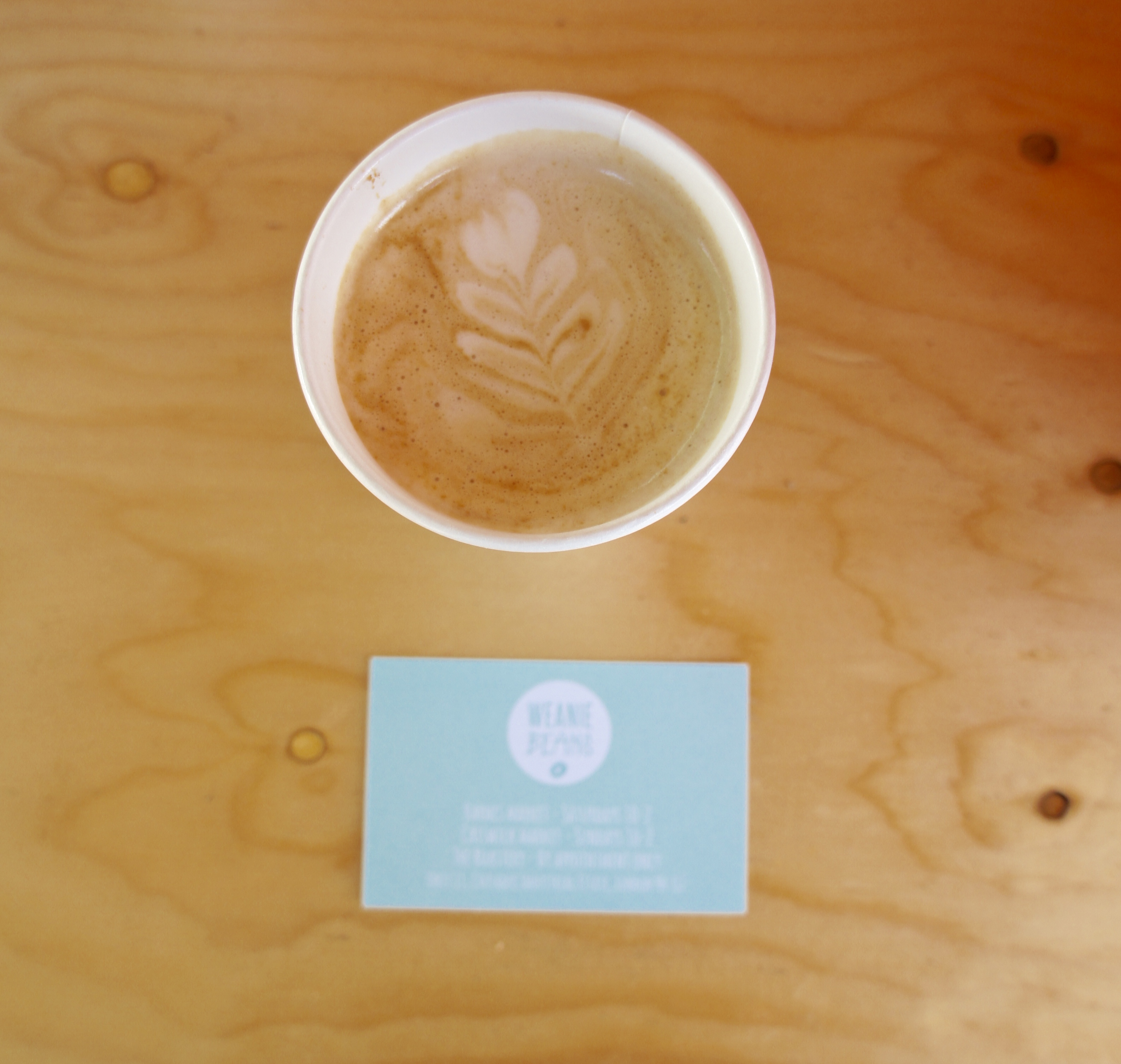 Weanie Beans made a lovely strong cup of coffee – the only thing I could’ve done without was the look of disdain when I asked for a splash of vanilla, apparently this is a big no no…who knew!?!

We’d run out of olive oil in the house, so I made a beeline for this next stall

We picked up some chorizo too – which never lasts long in our house!

There was a woman there who was selling her goats cheese. She made it sound like she had a pet goat and sold at the market for a bit of fun, which I found really cool! She waxed lyrical about how good the cheese was and that we should eat it sooner rather than later, not because it would spoil quickly, but because she believed that right now, it was at it’s exact best and she didn’t want us to miss out.

Boy did she know what she was talking about! We bought some crackers and dug in that evening, total bliss, especially as it was accompanied by a perfectly chilled glass of crisp Rosé

Before we took the scenic route home, we doubled back to the breads and pastries table and scooped two of the last doughnuts – which were still WARM!!

Happily, we nom’d our way homeward (totally unaware of the cheese and wine heaven we were yet to enjoy).

Are there any good markets near you guys? We love exploring markets, flower ones, abroad ones, Christmas ones all of them really! So let me know in the comments section below – we need somewhere new!