One more for my fellow Potterheads! 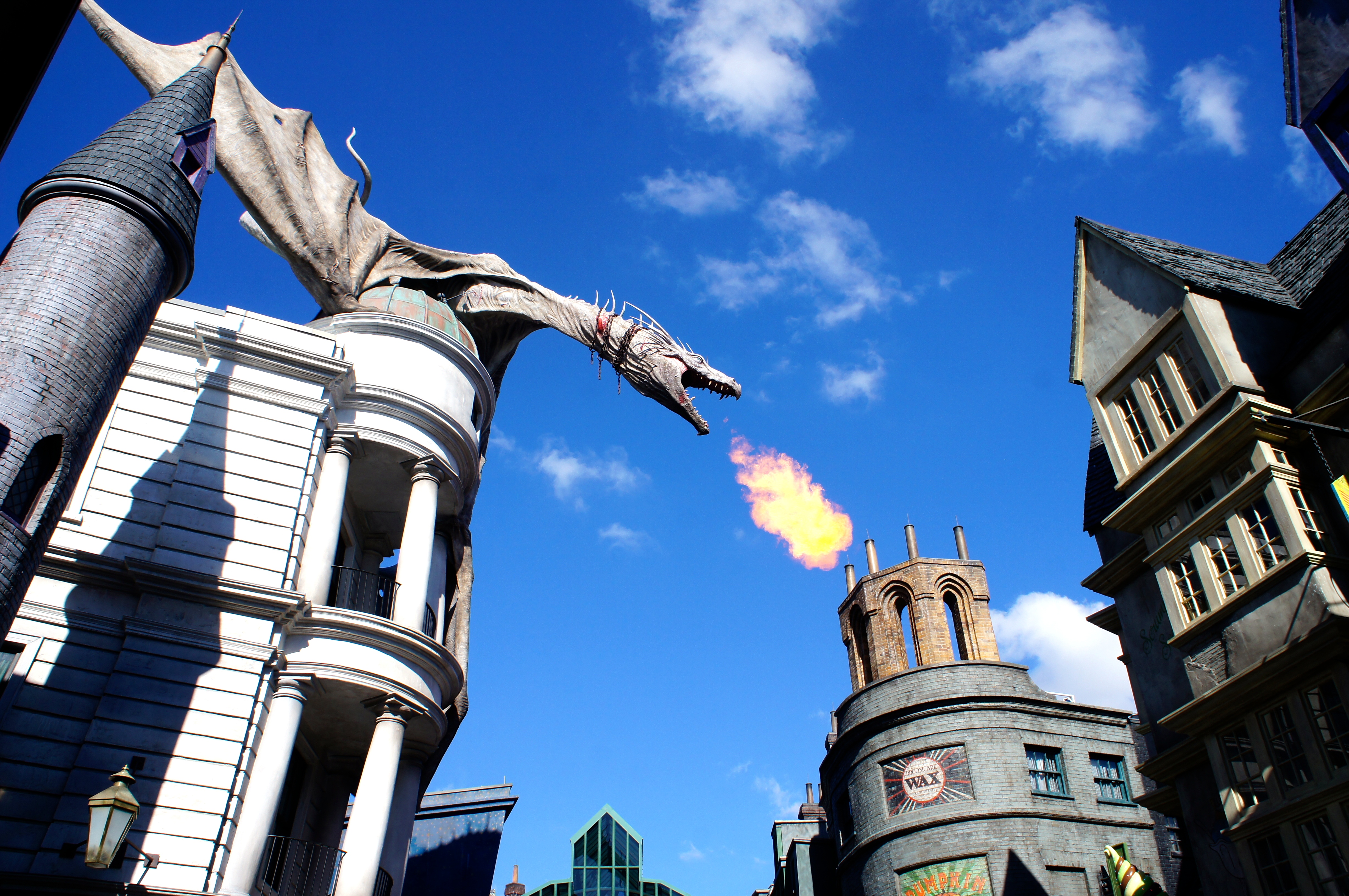 For our last day in Universal, there was no where I wanted to spend more time in, than the two Harry Potter parks. We re-did all the rides and also took in more of the shows than on any other day too! 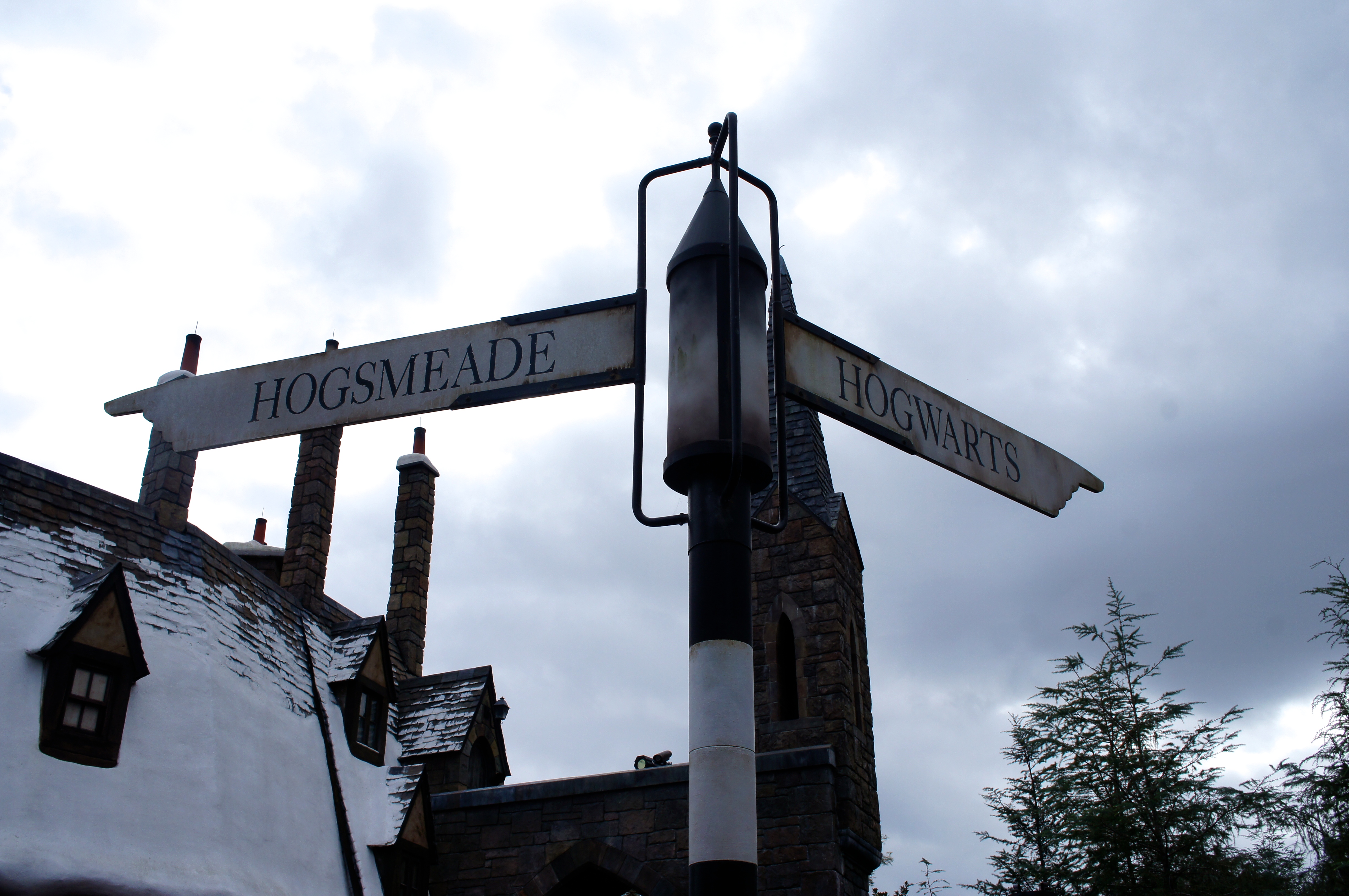 In Hogsmeade, we were serenaded by the Hogwarts accapella choir (equipt with singing frogs!)

The choir were very talented, undeniably so, but for me, they were far too contemporary. They just didn’t fit in with everything else going on around you. The Harry Potter look and feel (that was set up in the books) was positively tangible, except in this performance – it was like we’d been taken over by Glee for a few mins…! 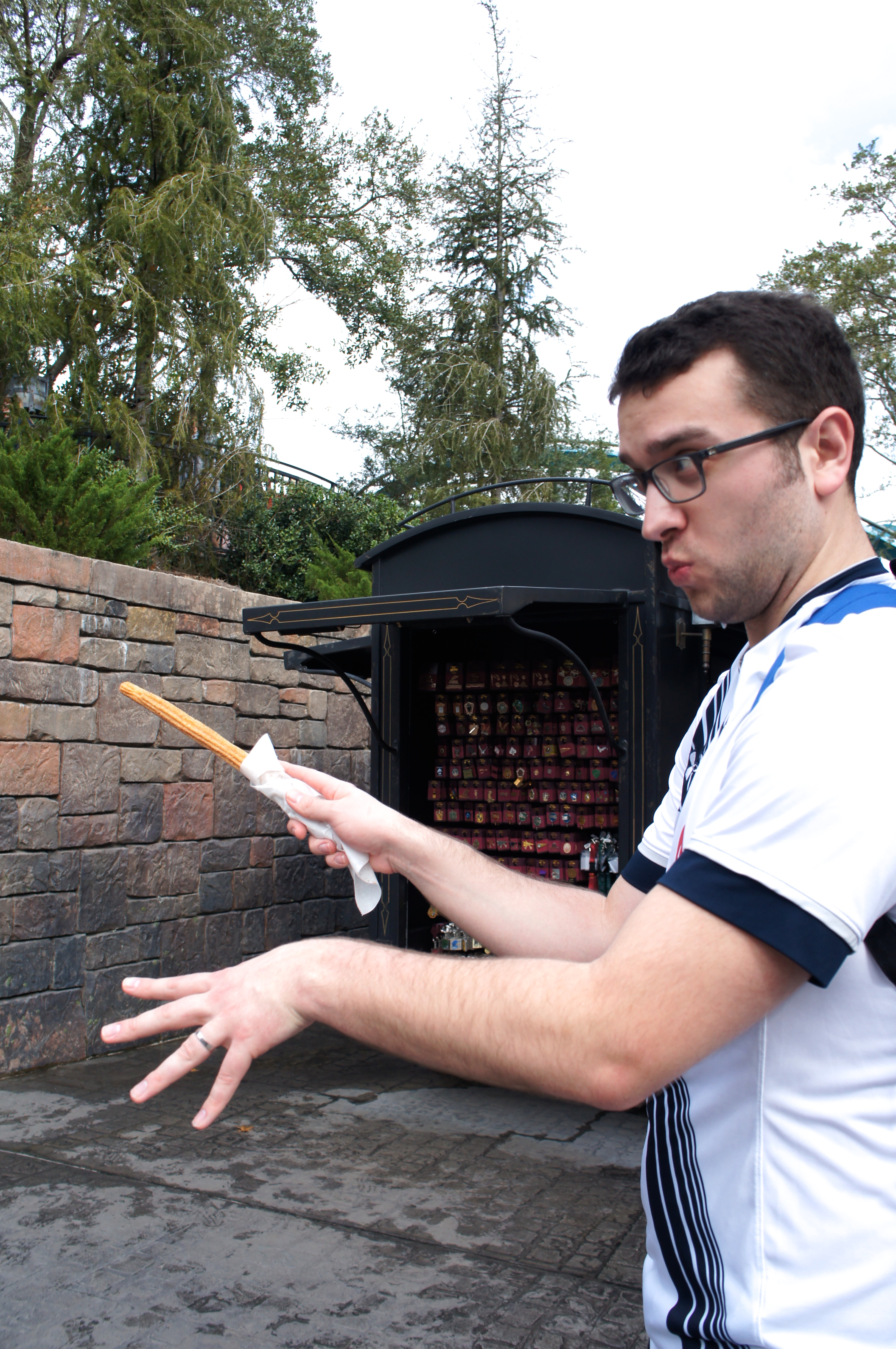 While we waited for the next performance, we took turns in pretending our churro was a wand (Himself was by far the superior imaginateer on this occasion!) and we also whiled away some time perusing all the HP themed pins you could collect, I was particularly delighted with the Quidditch Ireland pin! 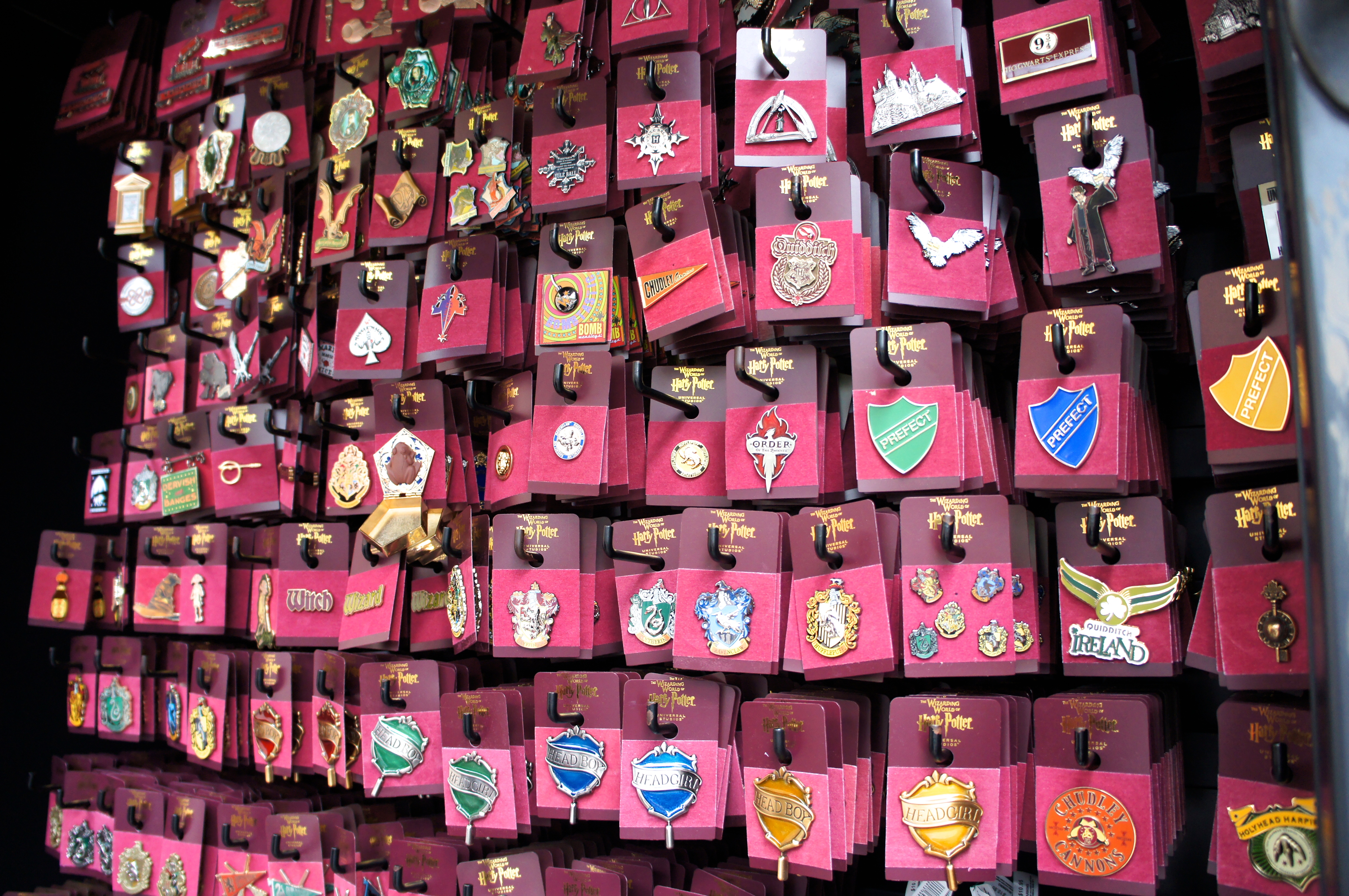 With much fanfare, the Beauxbatons ladies and the Durmstrang gentlemen arrived 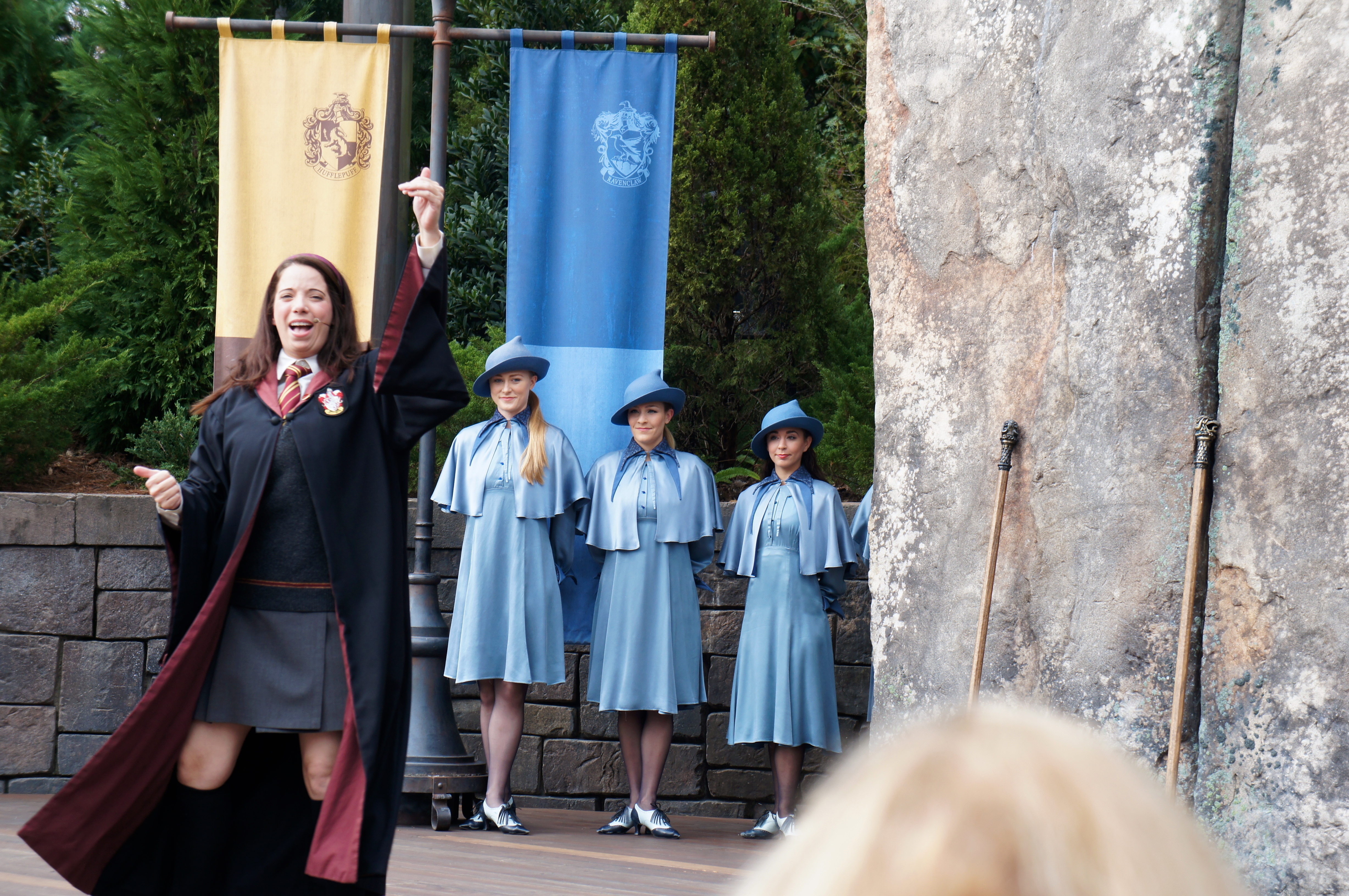 Both sets performed wonderful dances to their respective, now iconic, theme music. I want the Beauxbatons hat so much!

Before we knew it, we had exhausted our time in Hogsmeade, so we hopped back on the Hogwarts Express for a final farewell visit to Diagon Alley 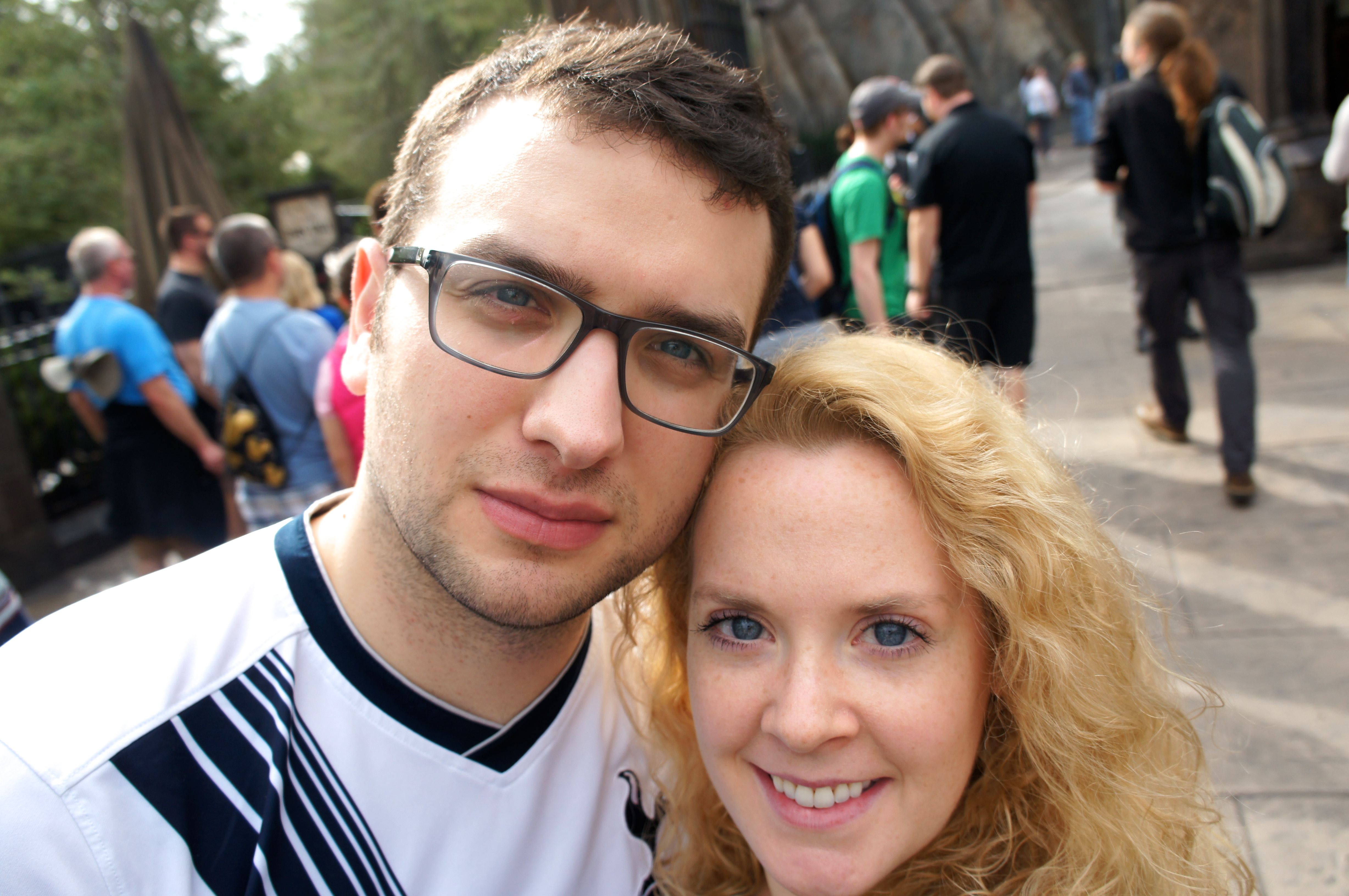 When we arrived, Himself noticed Number 13 Grimmauld Place was far less crowded than the first time we’d happened upon it (it’s opposite where Stanley Shunpike and the Knight Bus are located), so I went right up to the door for the giggles! Legend has it that you can glimpse Kreacher at one of the windows, he didn’t grace us with his presence unfortunately, but be sure to look out for him when you visit!

It seemed to be our lucky day because Diagon Alley was as close to empty as we’d ever seen it and we took full advantage! We even managed to get a snap at the famous, secret entrance where the sound of the bricks clicking off each other as they move back to make way for you can be heard 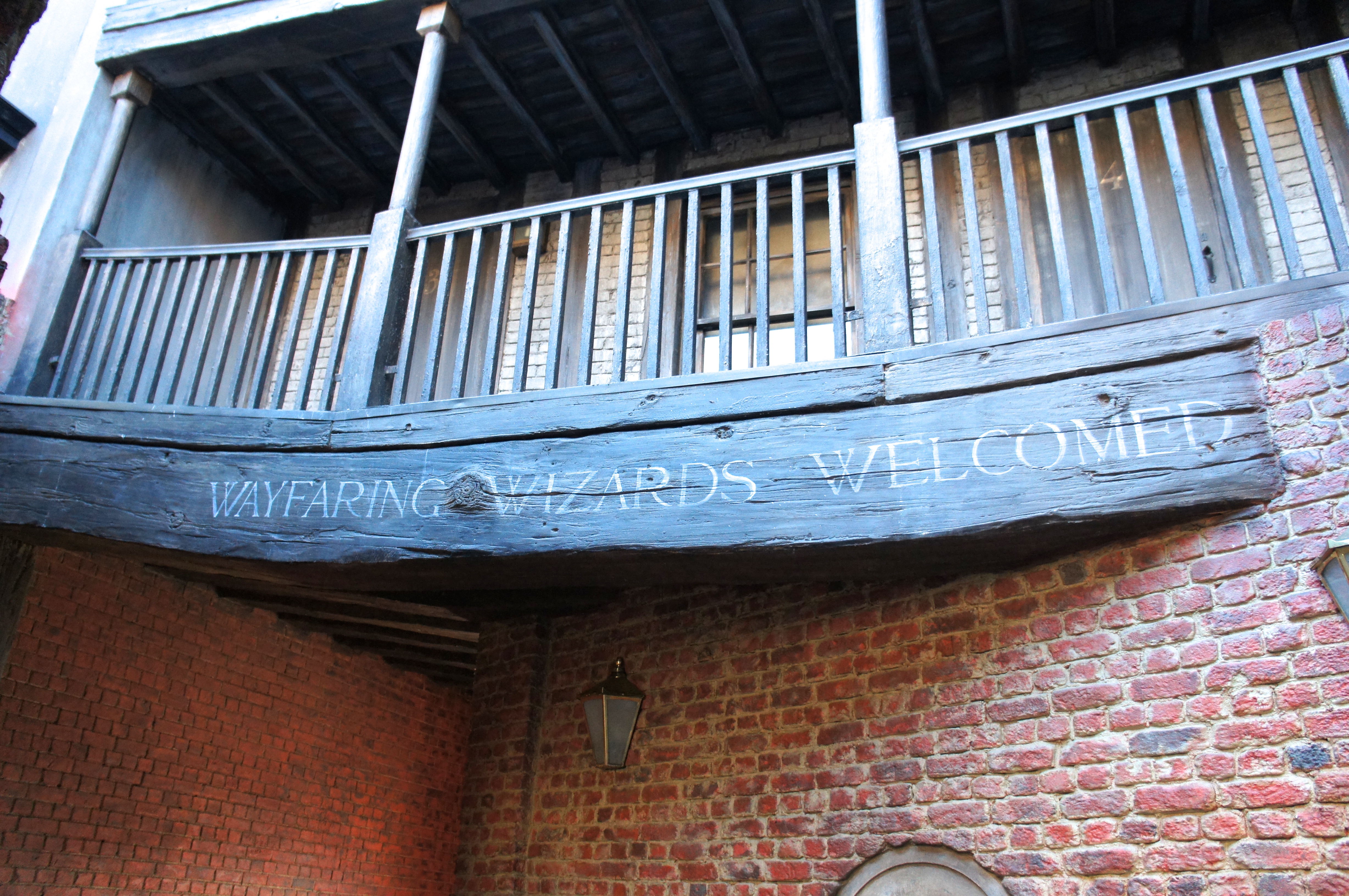 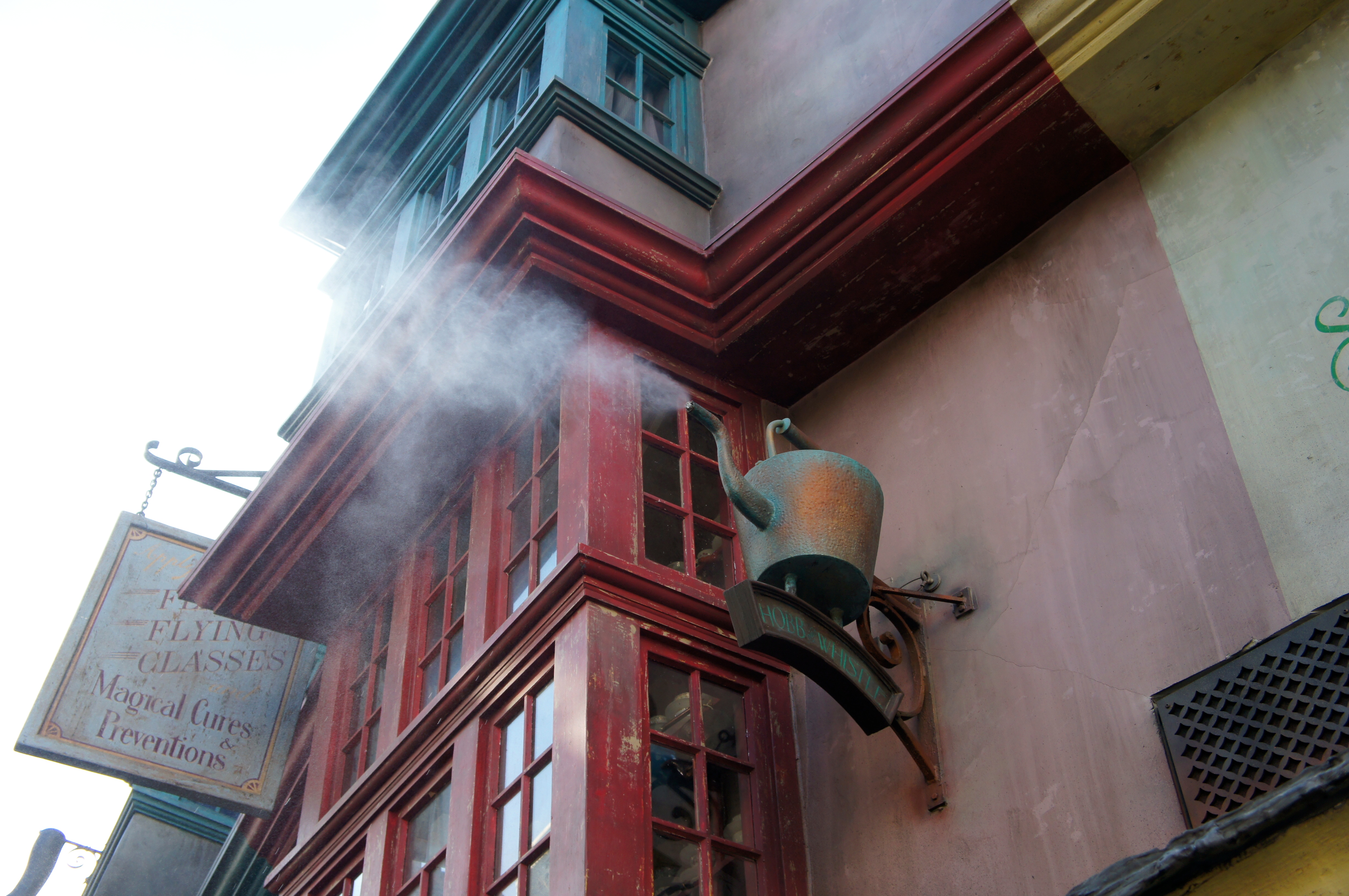 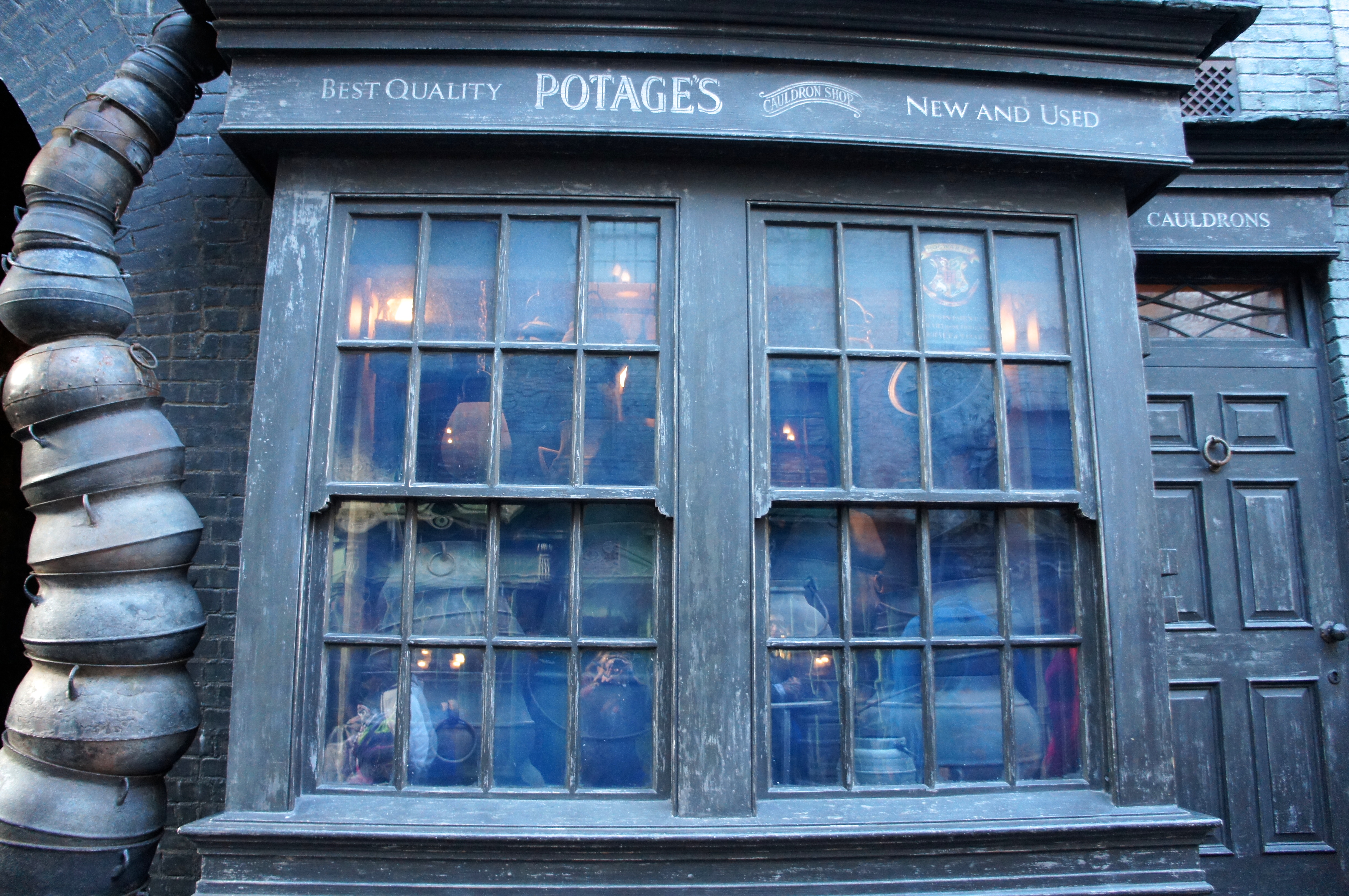 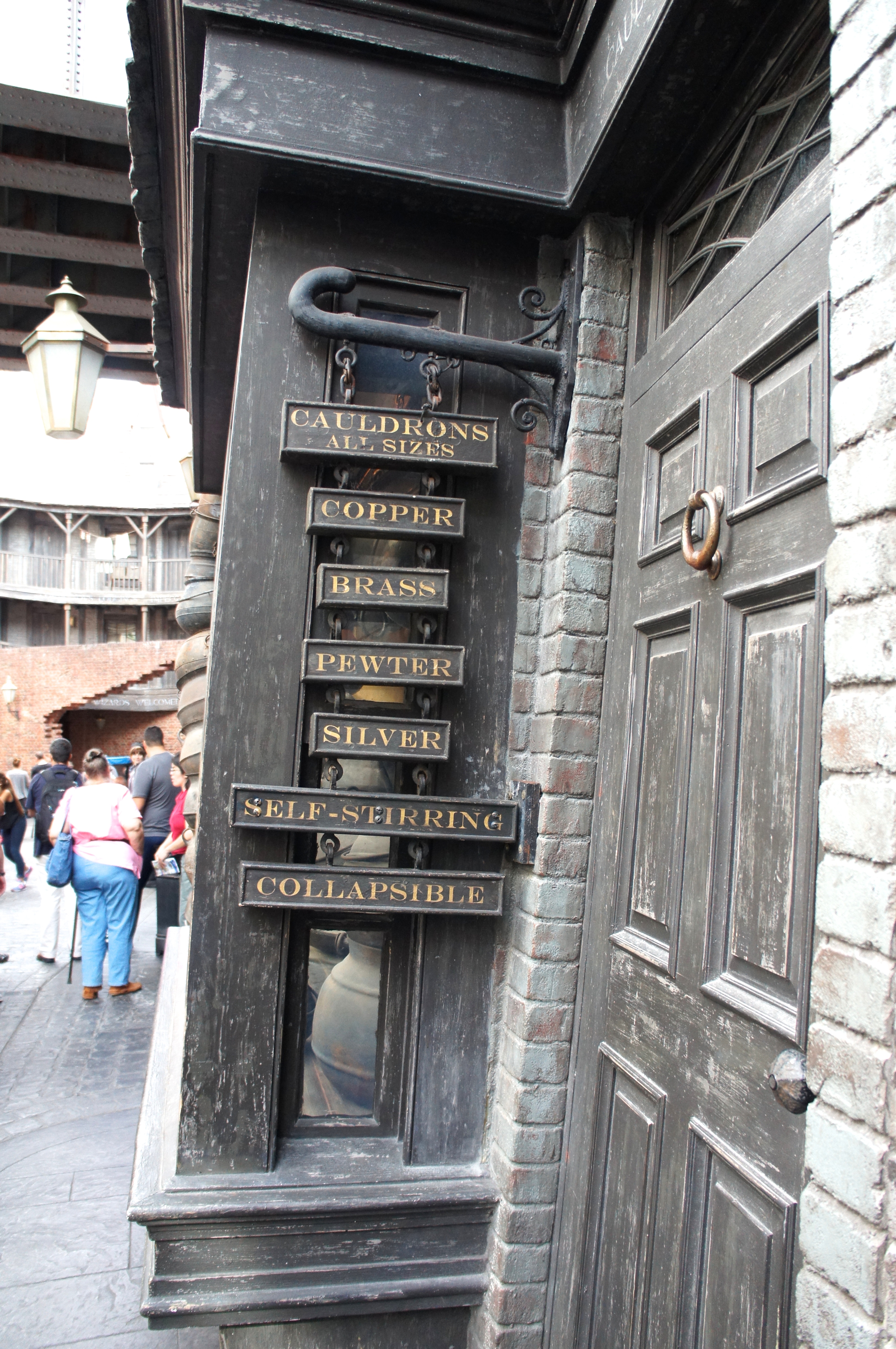 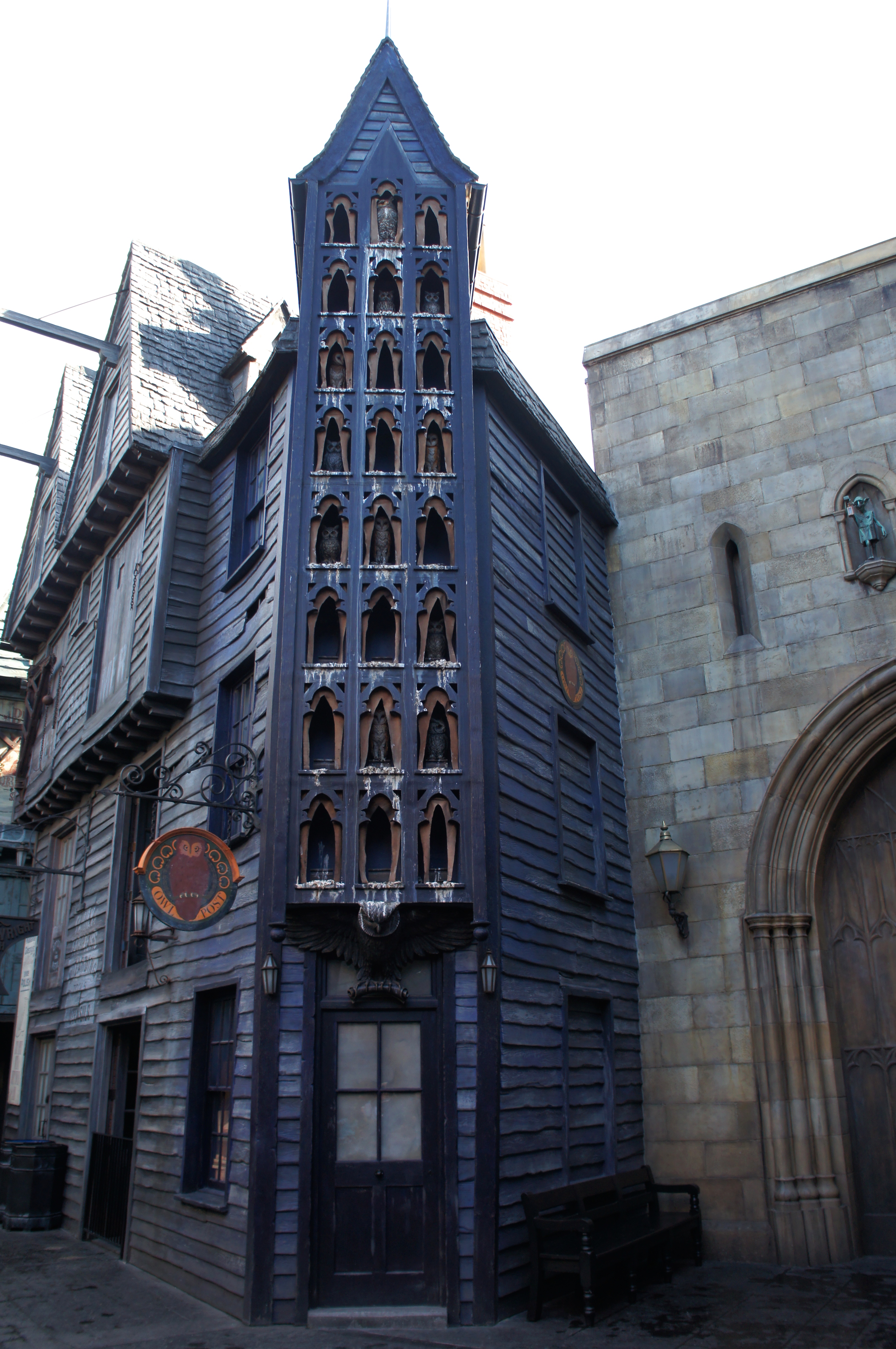 And then, shamelessly, over the next 15mins, I basically got Himself to take every touristy snap possible (he has the patience of a Saint!) 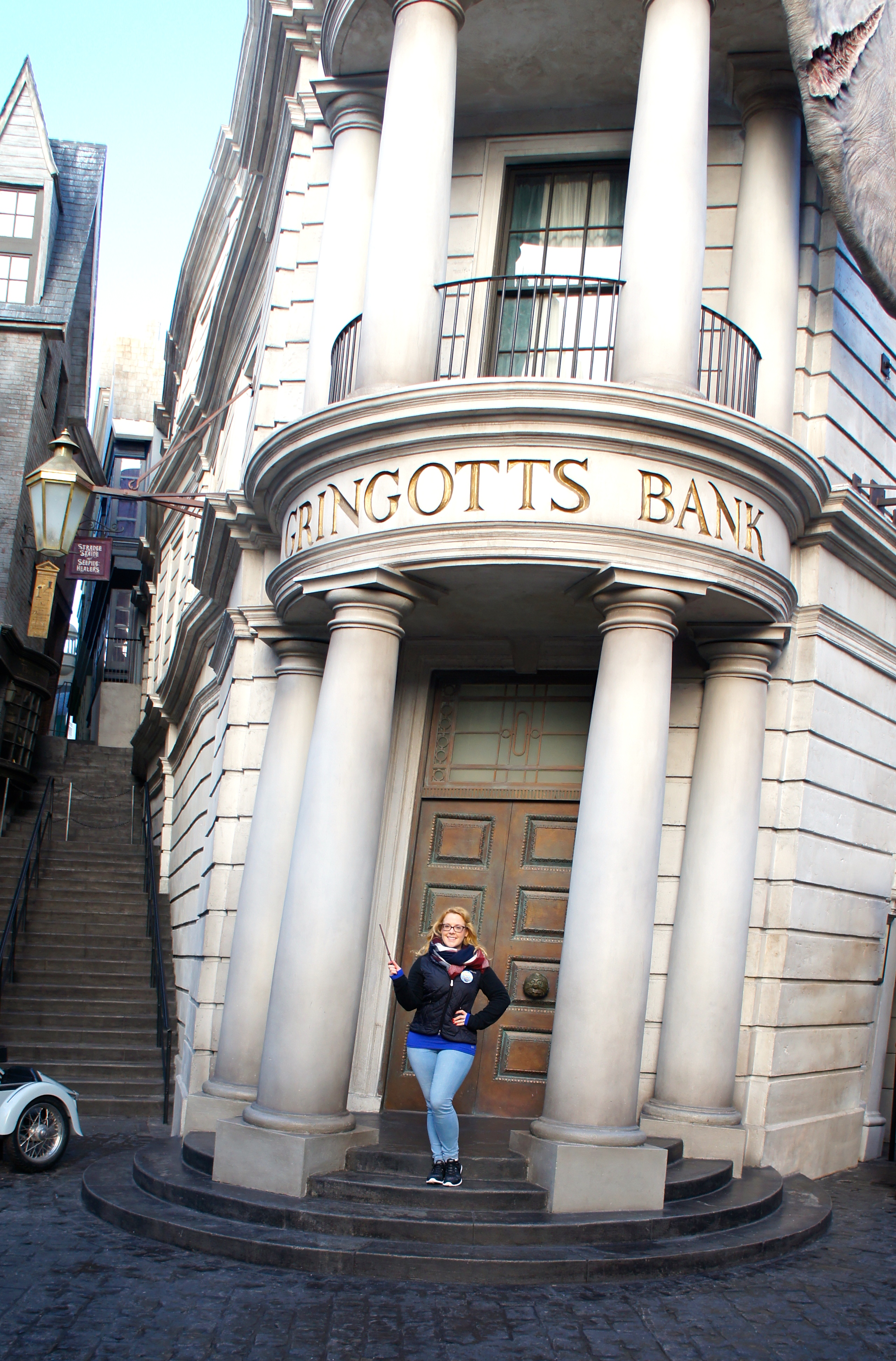 He even managed to catch me performing some pretty stellar magic! 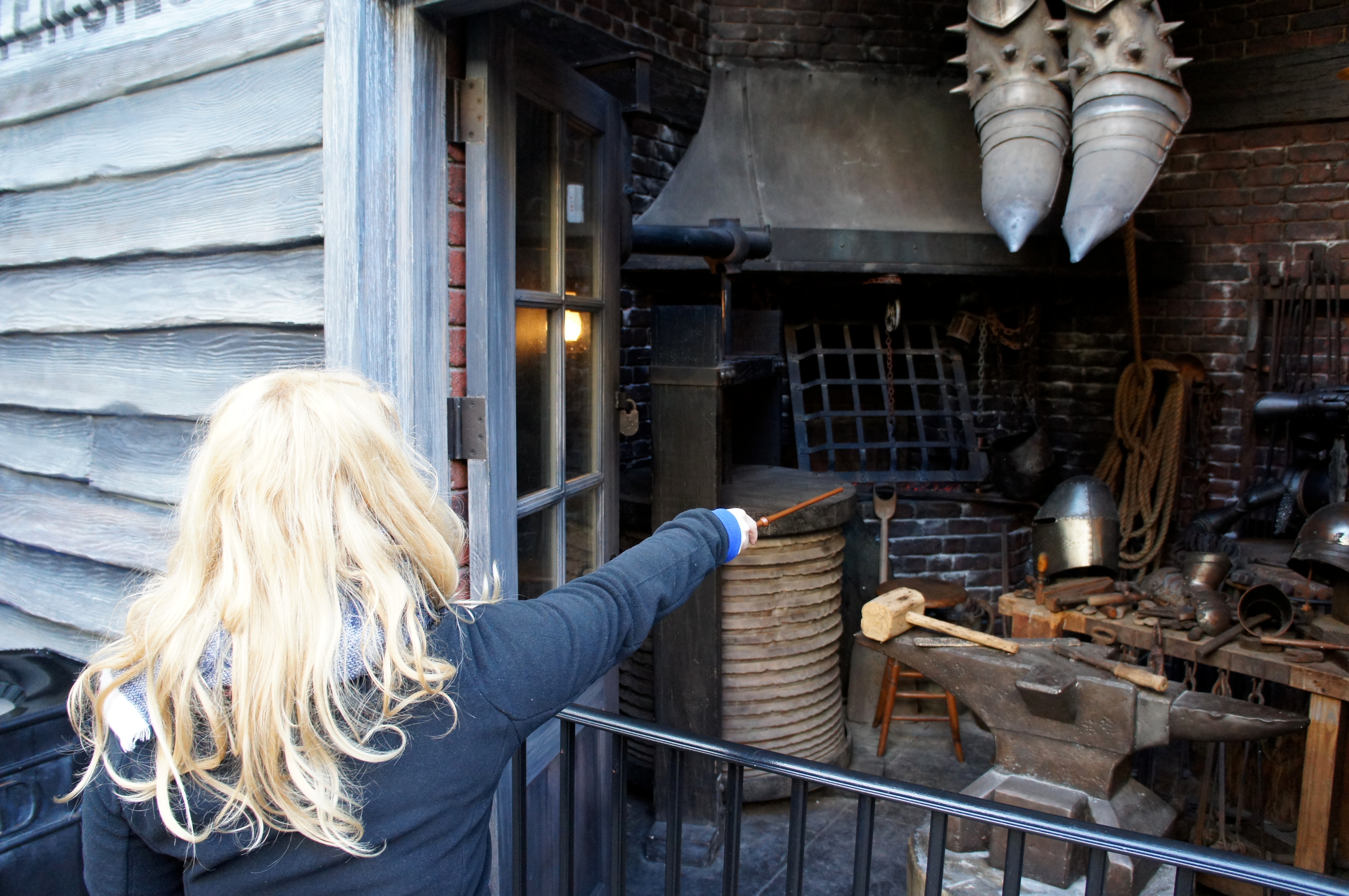 (watch the suit of armour at the back) 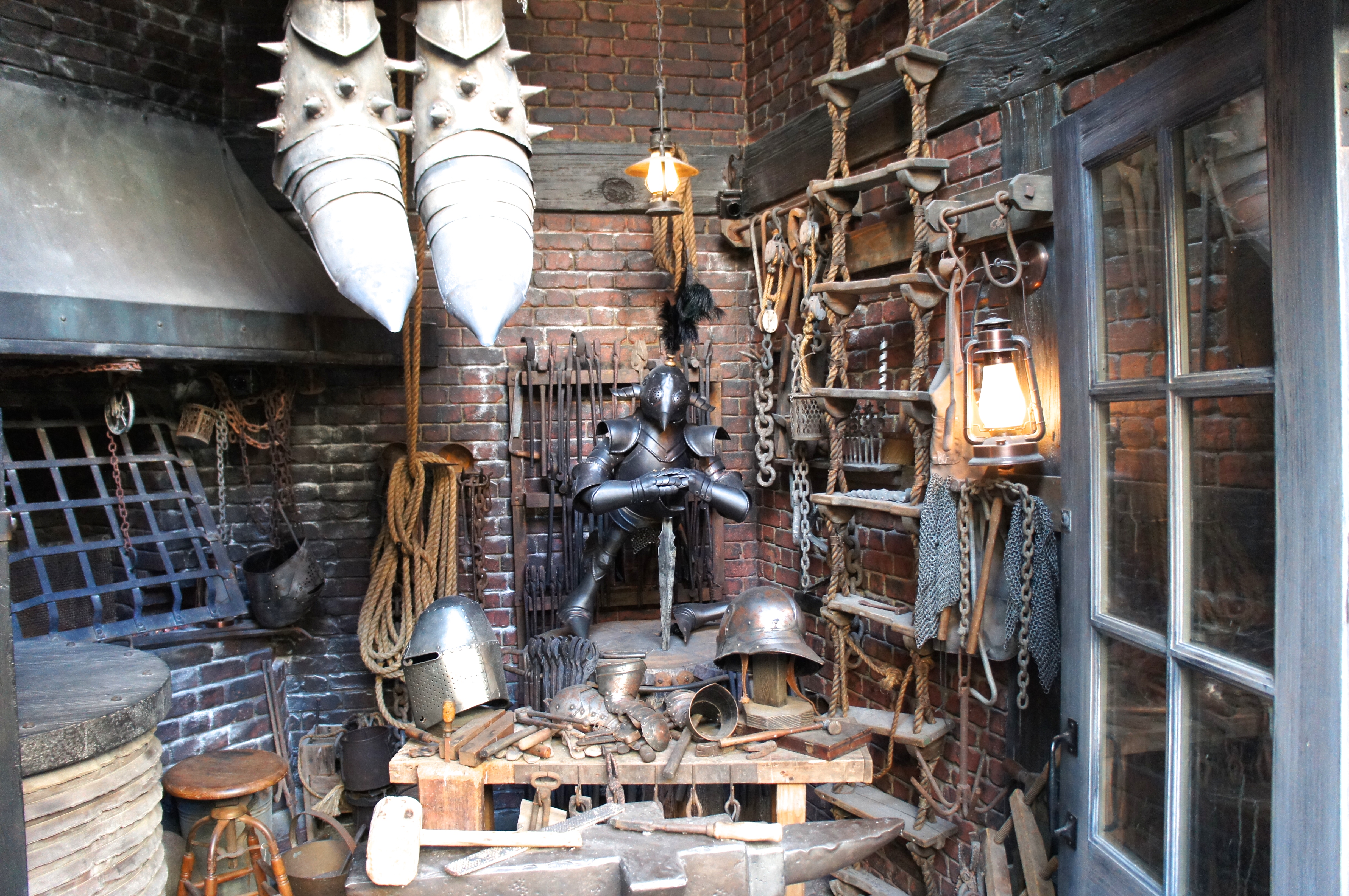 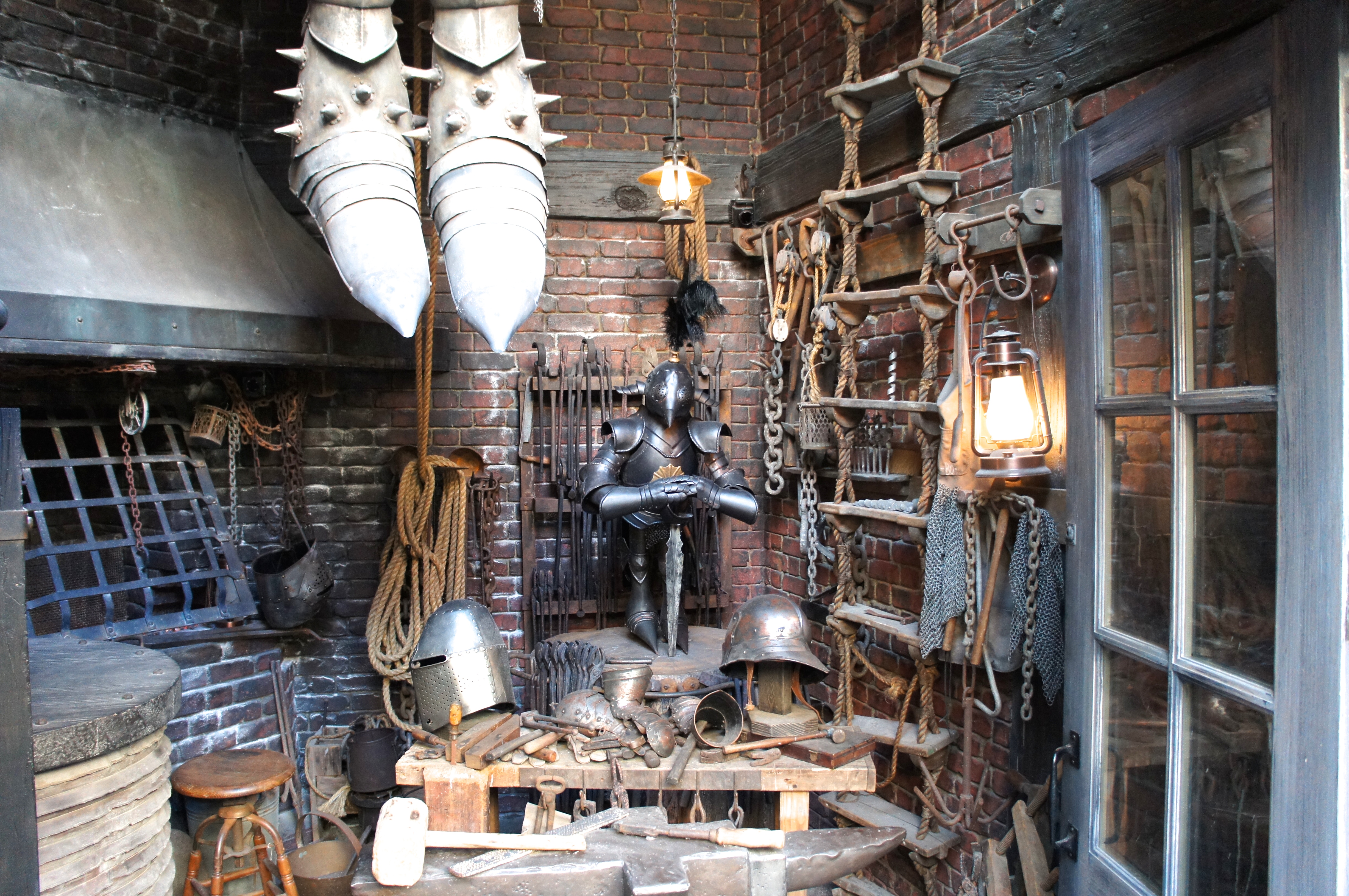 I also took on this lady…briefly…! 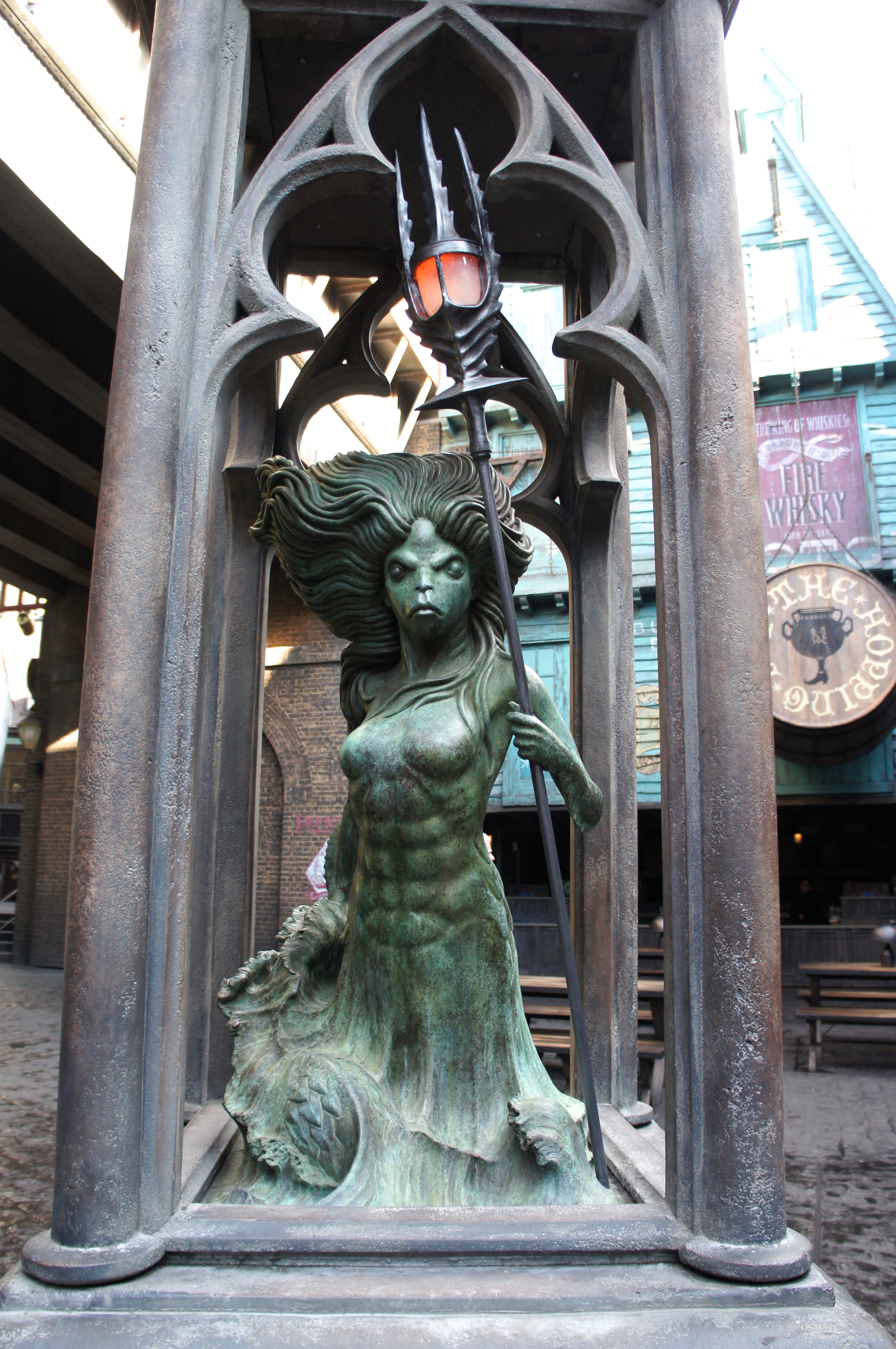 We visited Gregorovitch’s wand shop, this I think, stands as a testament to the power of J.K. Rowling’s books – this store sold EXACTLY the same wands as what is available in Ollivander’s, but it was empty, 100% empty (bar the person who was there to take your mula if you did purchase something) and all the while, there was a rather large queue at Ollivander’s…! 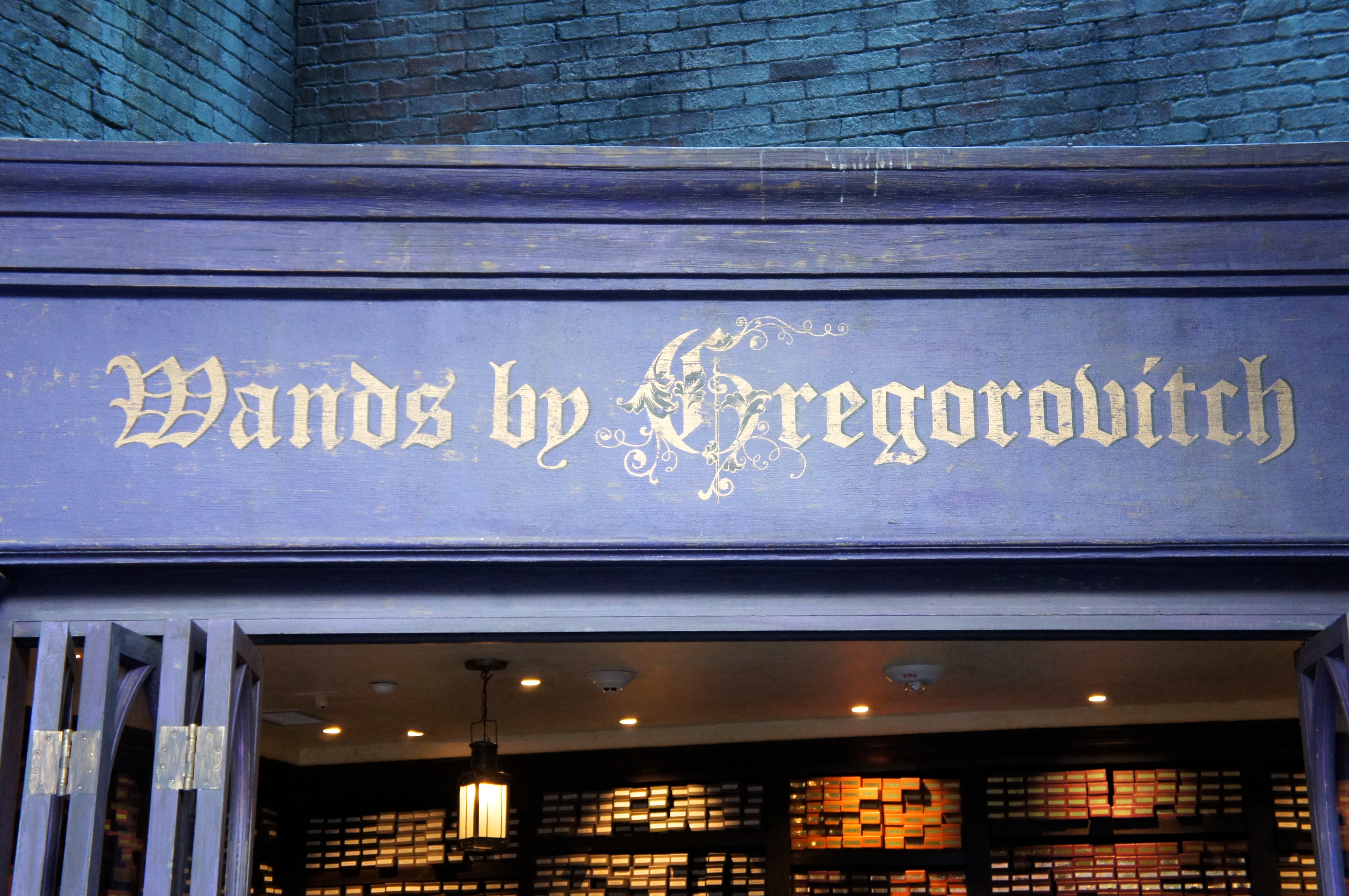 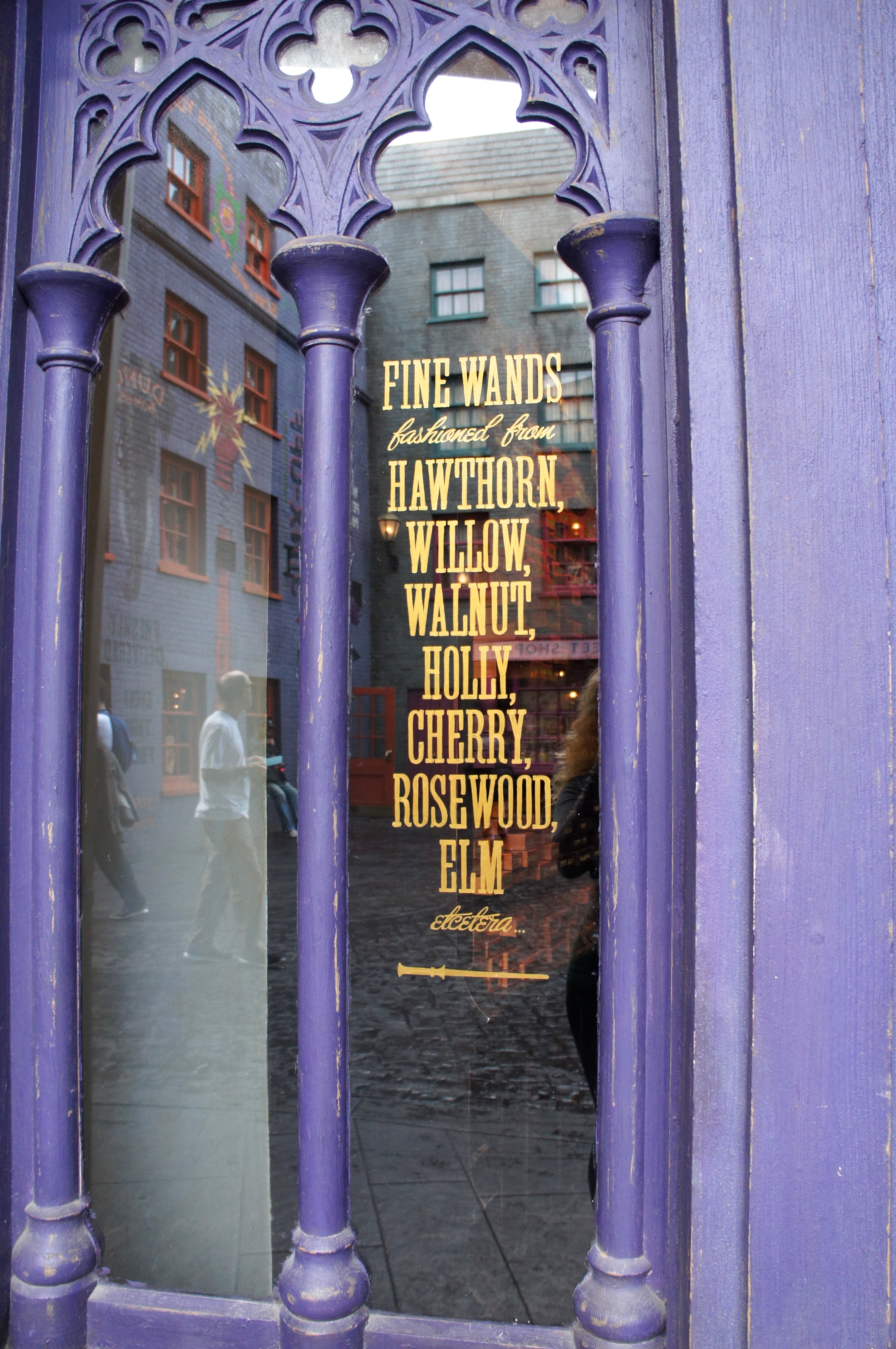 The Leaky Cauldron sign actually leaks, I tried to capture this for you all, but it’s so mini my camera didn’t pick it up – but trust and keep your eyes open when you visit!

After a little drissle of rain, it got very warm, so we hopped into Florean Fortescue’s ice-cream parlour and ordered one to share (they were ginormous!)

And so incredibly tasty!! 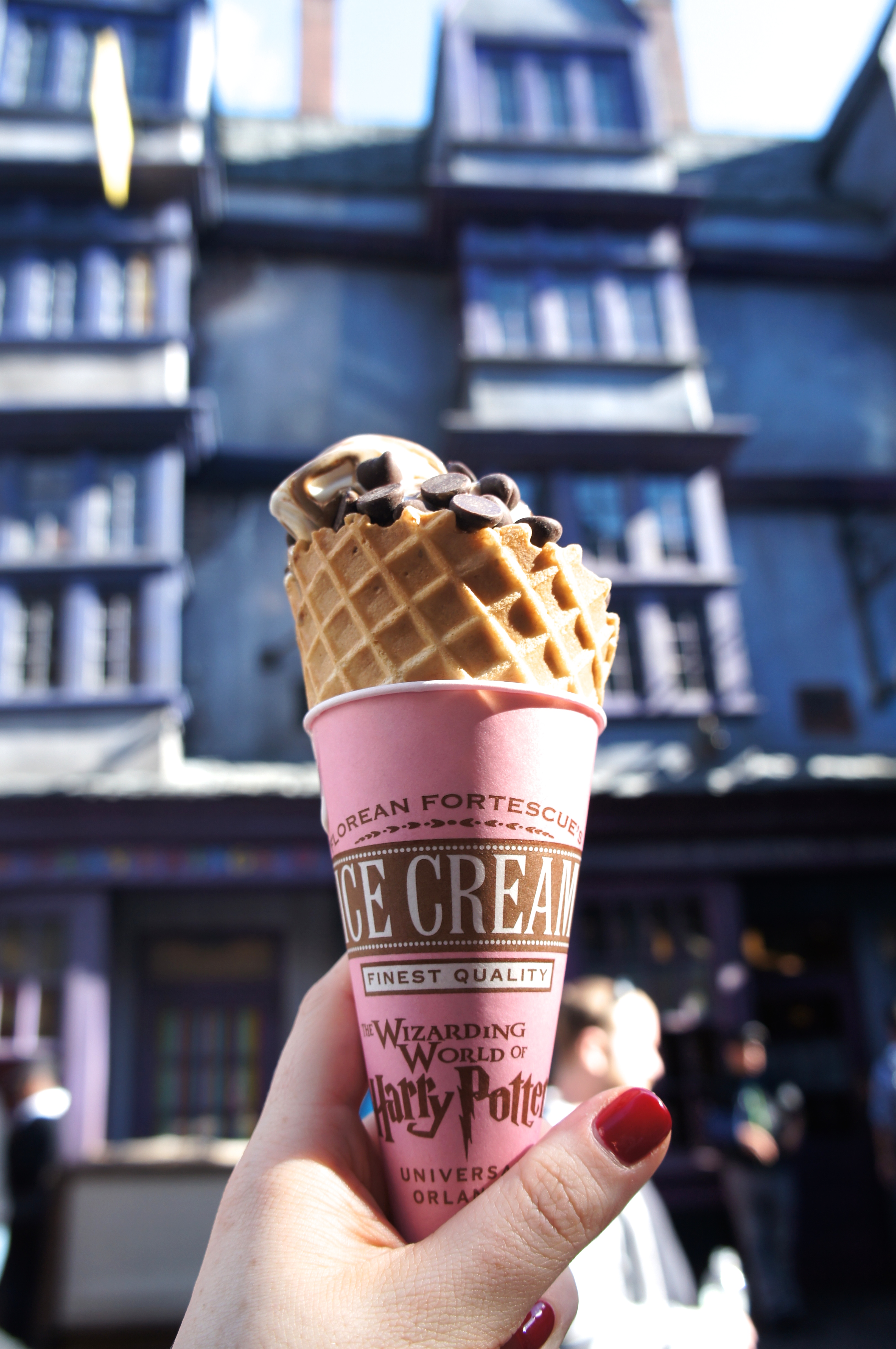 Suddenly, I could hear a voice, a voice that was singing and without pause I realised who it must be, I took off in it’s direction dragging Himself behind me.

I got to witness – Celestina Warbuck – in the flesh and she was utterly fantastic and totally how I imagined her and her voice to be! (her trio of back up singer/dancers were also pretty stellar!). 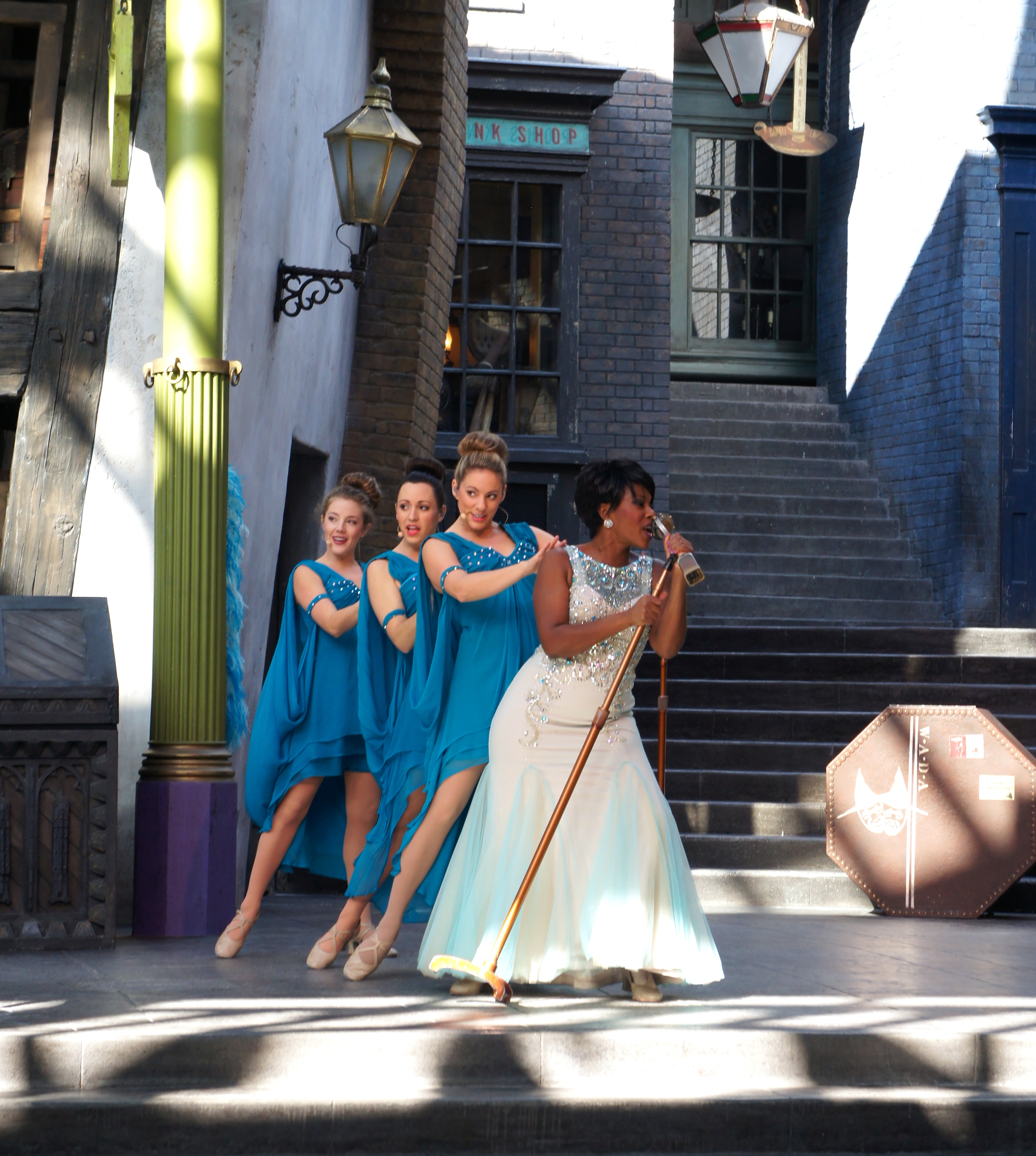 If I’d missed seeing her I would’ve been very disgruntled to say the least! I was all “Omg omg omg! Do you know who that is!?!”, Himself was like “umm, no?”, which is no surprise seeing as he’s only read one of the books and she wasn’t in the films – but still – I was delirious and bless him, he let me proper fan girl out without making fun of me….ish! I was well jealous of the lad they pulled up, if it had been me I would’ve out fan-kicked the lot of them!

Afterwards, we realised that it was about time to start heading towards the exit, just before leaving, we took one last look around Weasleys’ Wizard Wheezes 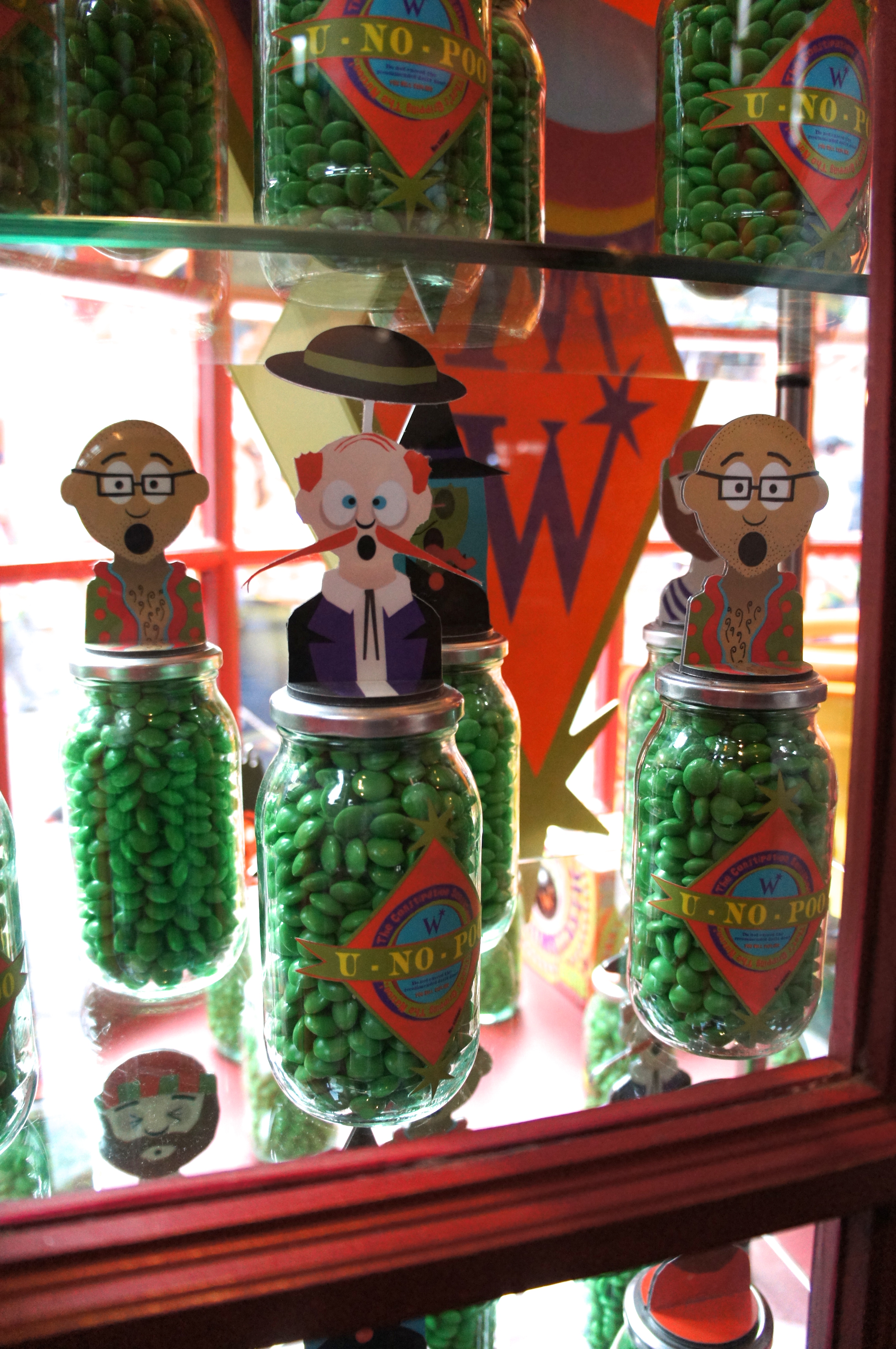 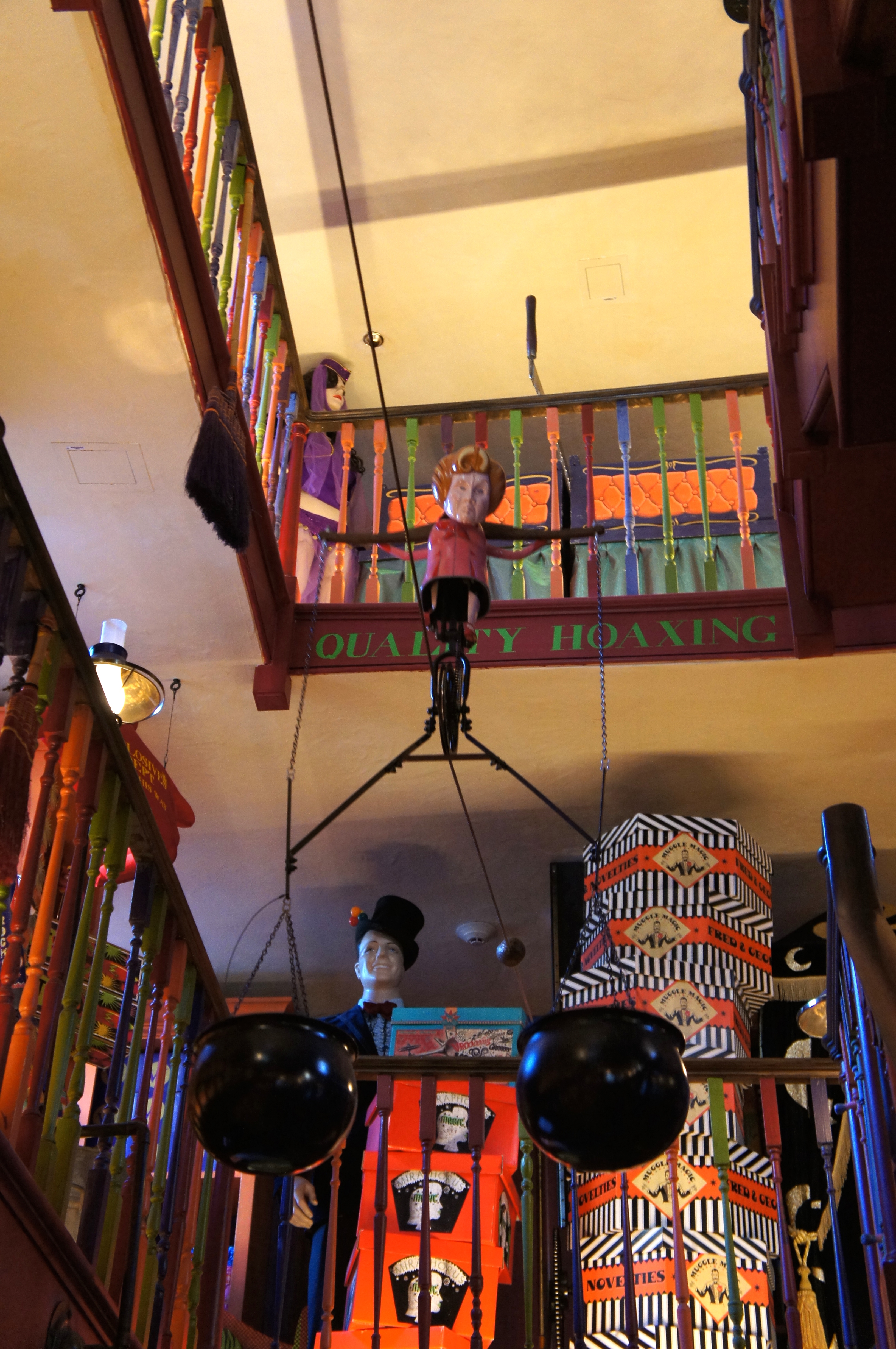 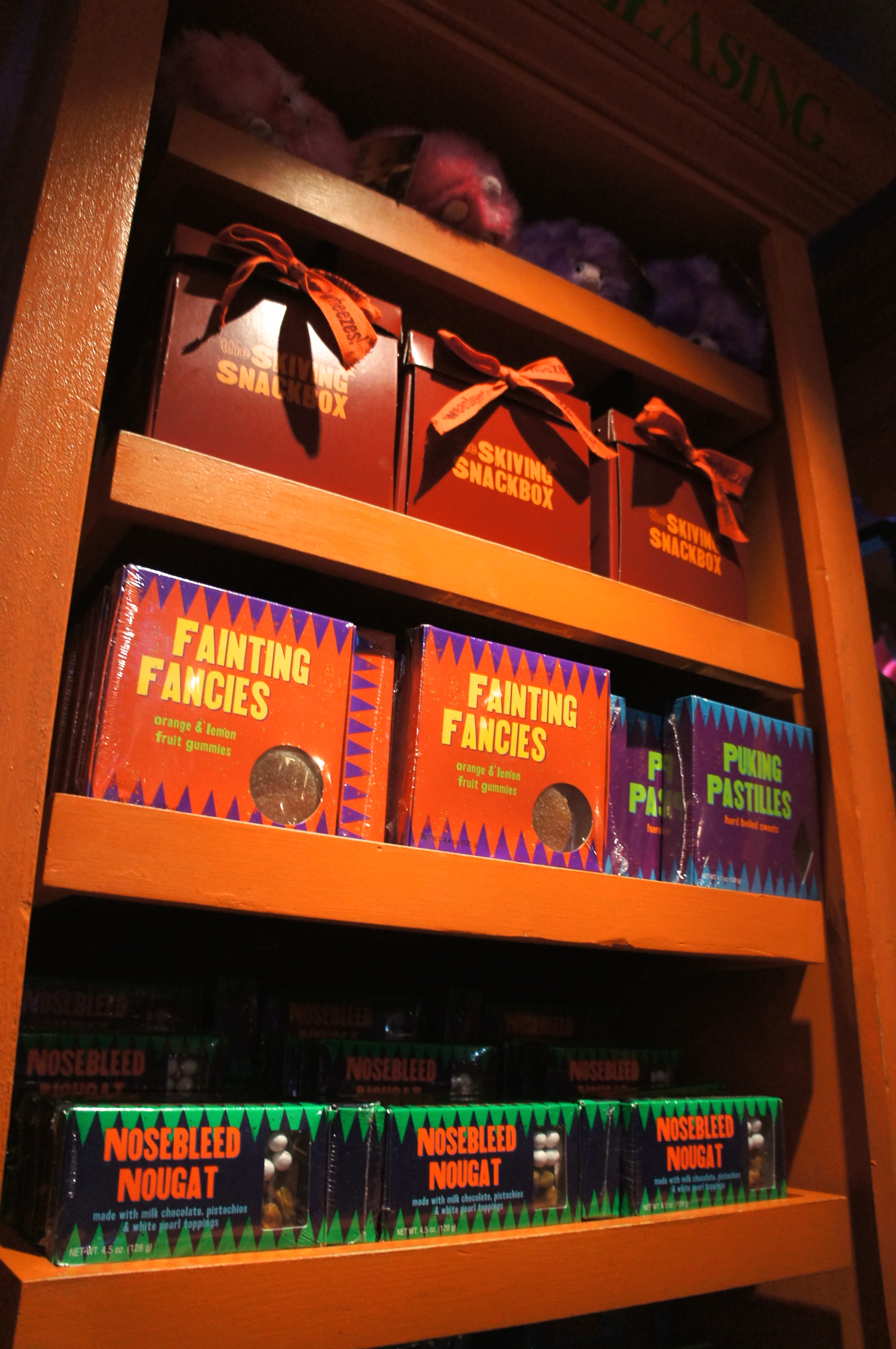 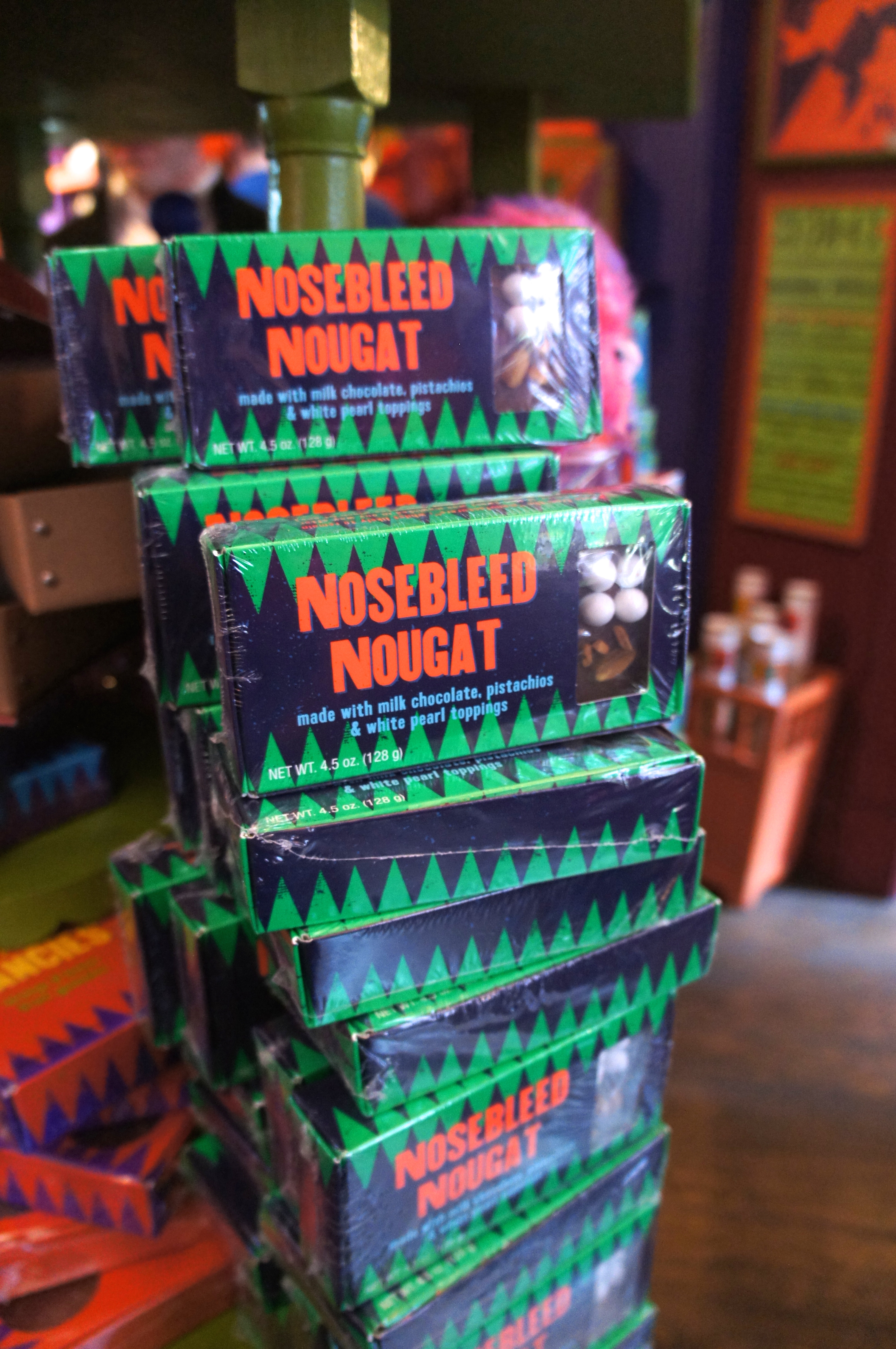 Finally it was time to go and with what I can only assume was a final farewell, our new Dragon friend said goodbye – at least until next time!

With nicely warmed faces, we left The Wizarding World of Harry Potter

As I’m sure you can tell from this, this, this and now this posting, I adored our time exploring Harry Potter World and think it is a MUST see for any Harry Potter fan!

One thing I would like to say about the staff at Universal is that they are second to none, we were so well looked after by everyone. They were all incredibly friendly, heaped many marriage congratulations upon us, as well as wishing us well for the future. As if that weren’t enough, one kind gent (tall, dark hair, American), who was working on the “Hollywood Rip Ride Rockit” on Tuesday 26th January, let us enter through fastpass (even though we didn’t have any for that ride) and asked us, very mysteriously, to return to him after we’d had our turn, we did as he asked and he said “we all here at Universal are so thrilled that you chose to celebrate your Honeymoon with us, so as a small gesture from us to you, we’ve arranged for your next six rides today to be VIP fastpass, including, the “Harry Potter and the escape from Gringotts” which is our newest ride and I think you’ll love it, because I do.”

We were floored, we both gave him a massive hug. His kindness came from such a genuine and thoughtful place that it made our time at Universal so much more than it had already been. I only wish I knew his name because I’d be shouting it from the rafters to get him all the praise that he deserves!

I’ve said it before and I’m sure I’ll say it many times in the future, there is nothing more amazing than meeting a person who adores their job because those people will always shine the brightest.