On Saturday morning, we got up bright and early, threw on some layers and braved the bitter cold to have breakfast at The Wolseley 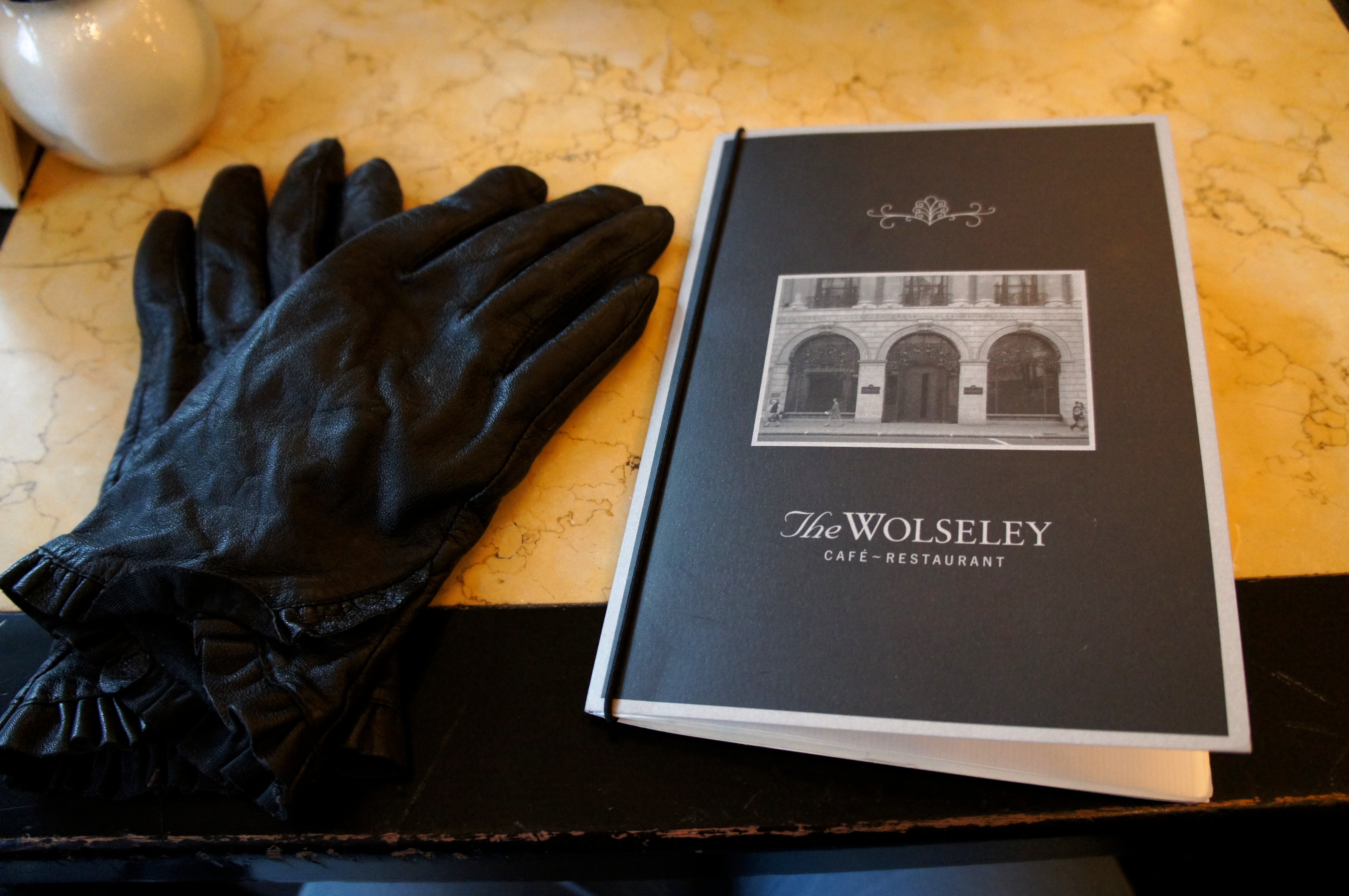 Neither of us had ever been to The Wolseley before but on some friends recommendation we decided to give it a whirl (plus the fact that, said beautious friends, gave us a voucher as an engagement gift!) 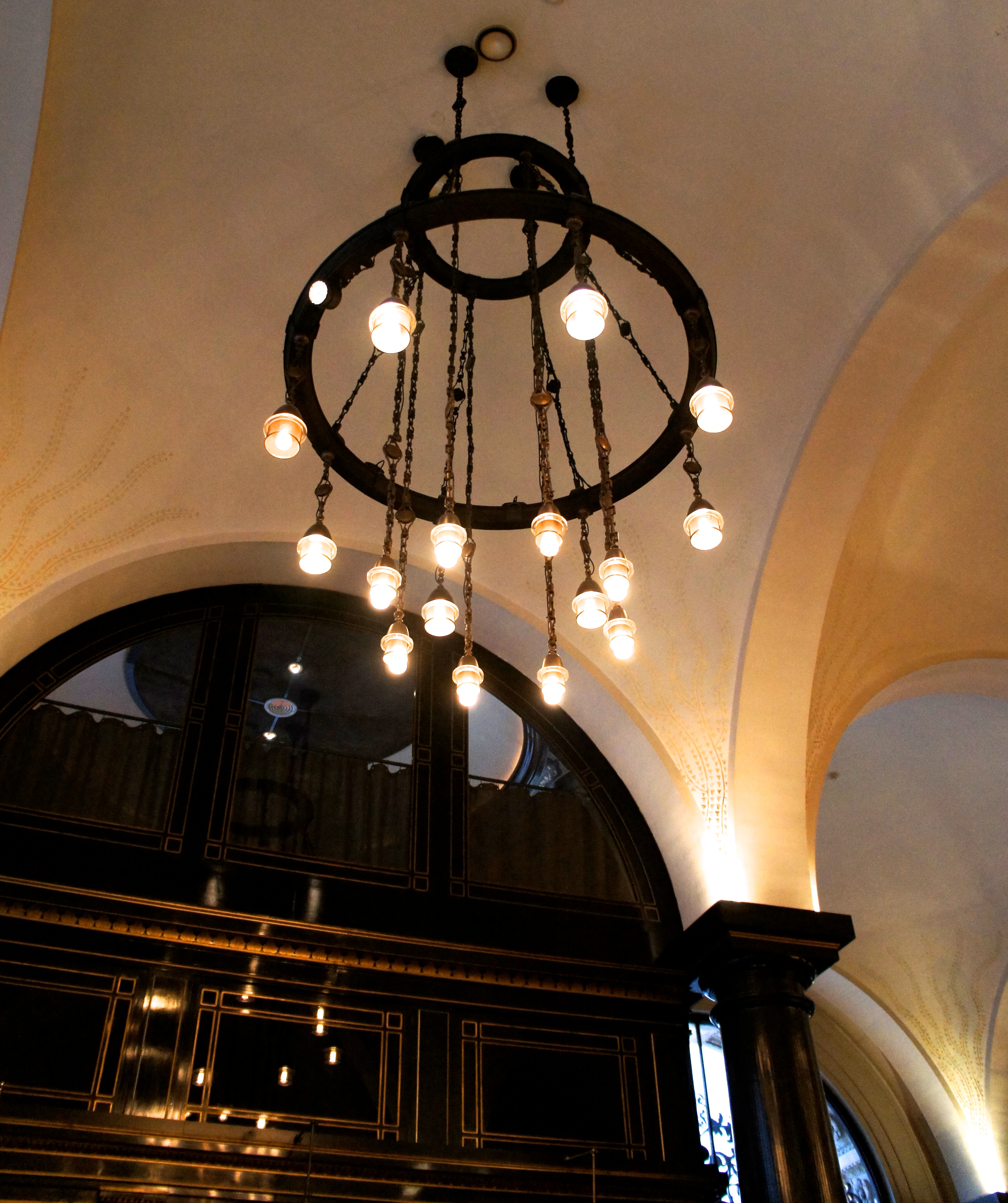 When we arrived we were promptly ignored by two fiercely harassed looking front of house staff. Lets call them, Host & Hostess. I tried to tell the Host that we had a reservation, but he waved me towards a queue of people sans reservation, talked over me and walked away while the Hostess had her head bent so low to the reservations book I was surprised she wasn’t swallowed up by it – Harry Potter pensieve style!

We decided, it’s Saturday, we are not interested in causing a fuss, so we waited to be seated instead

After awhile both the Host & Hostess turned to us as it was “our turn” and I said “reservation for 9:30am” (this now being 9.40am), well, the look of sheer “oh dear” on both their faces did make up for their behaviour – it was pretty funny 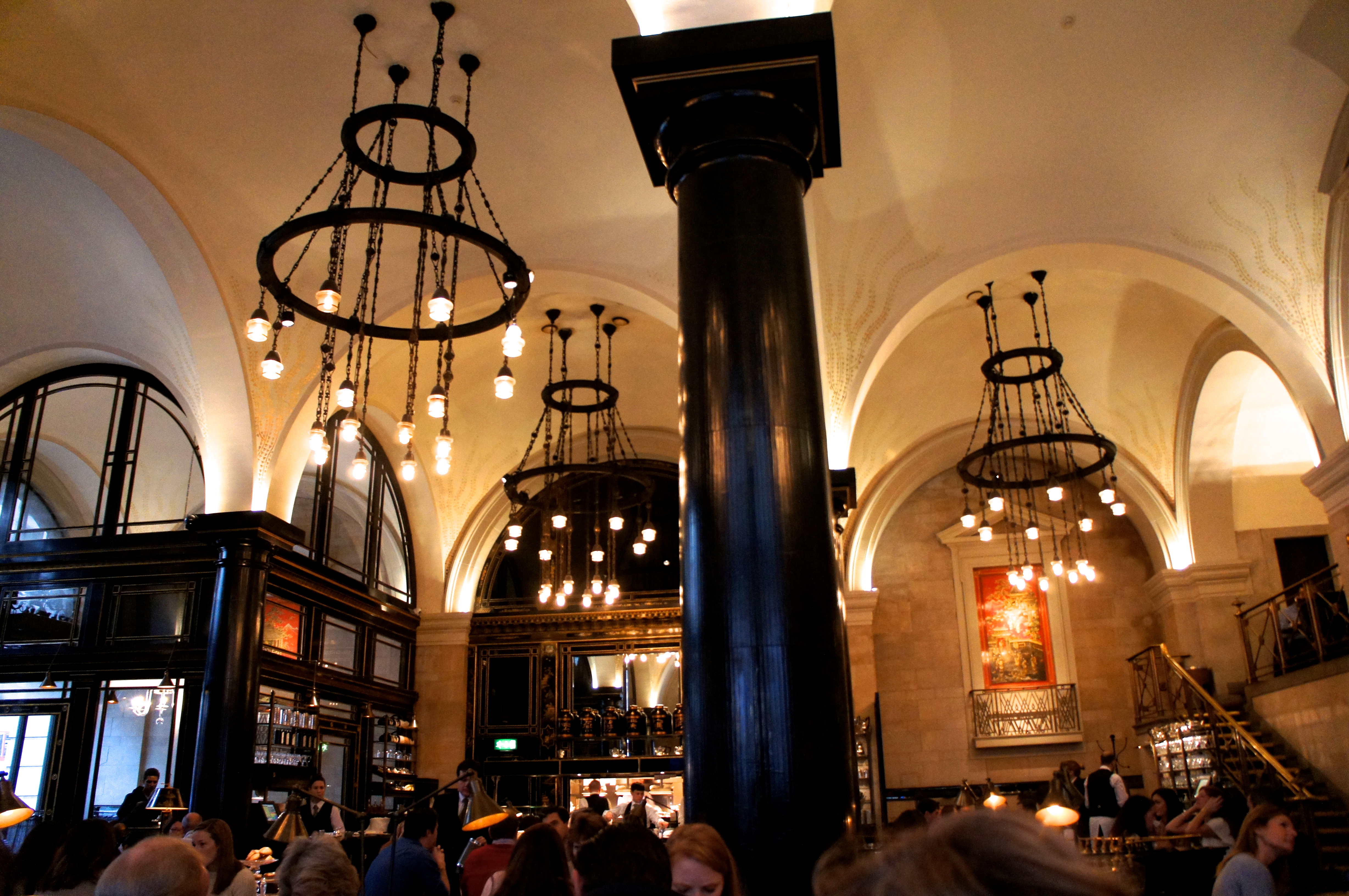 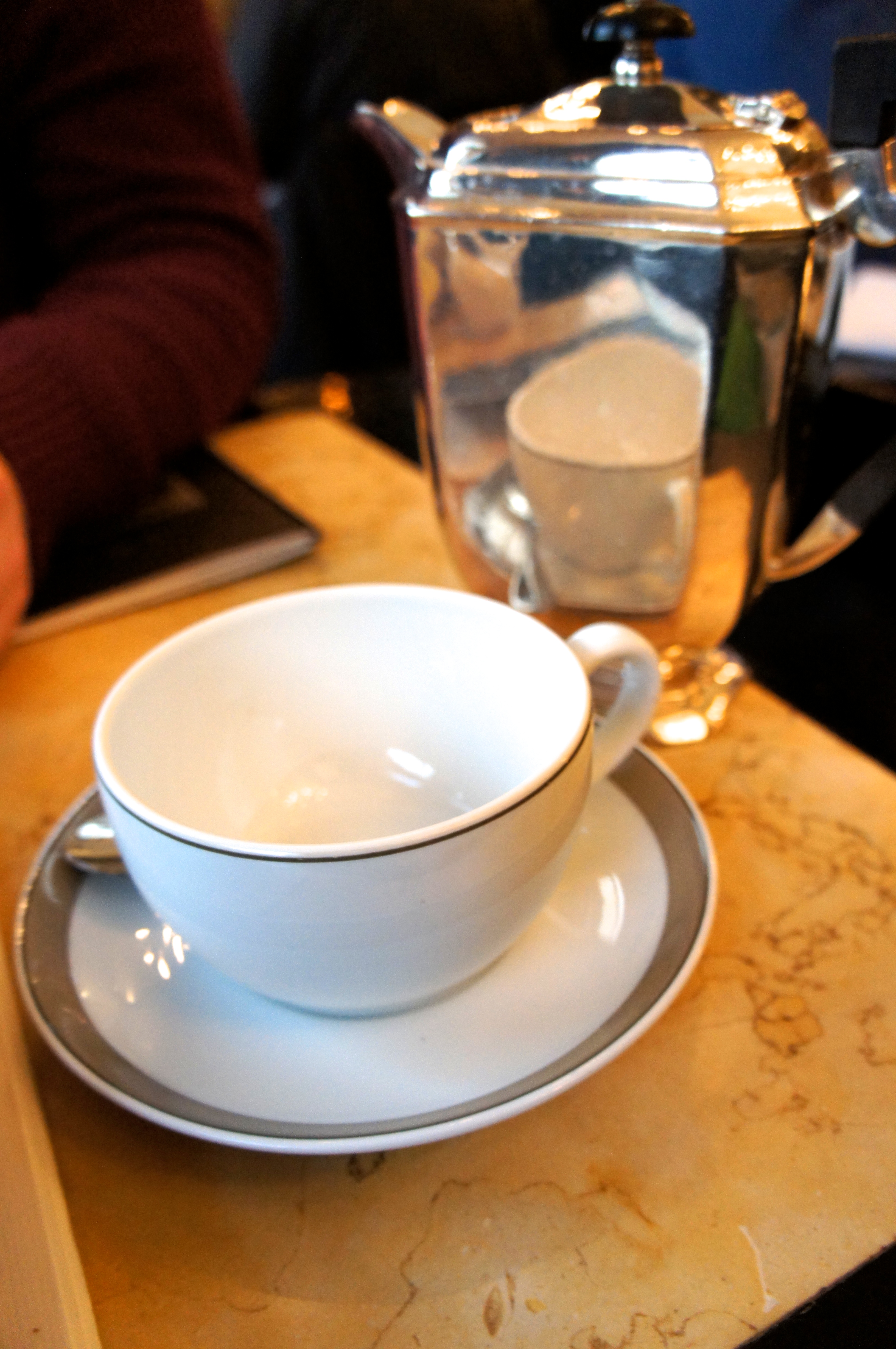 Coffee for me, which arrived in a beautiful old coffee pot – you know me and tea/coffee pots! Himself had a lovely fresh apple juice 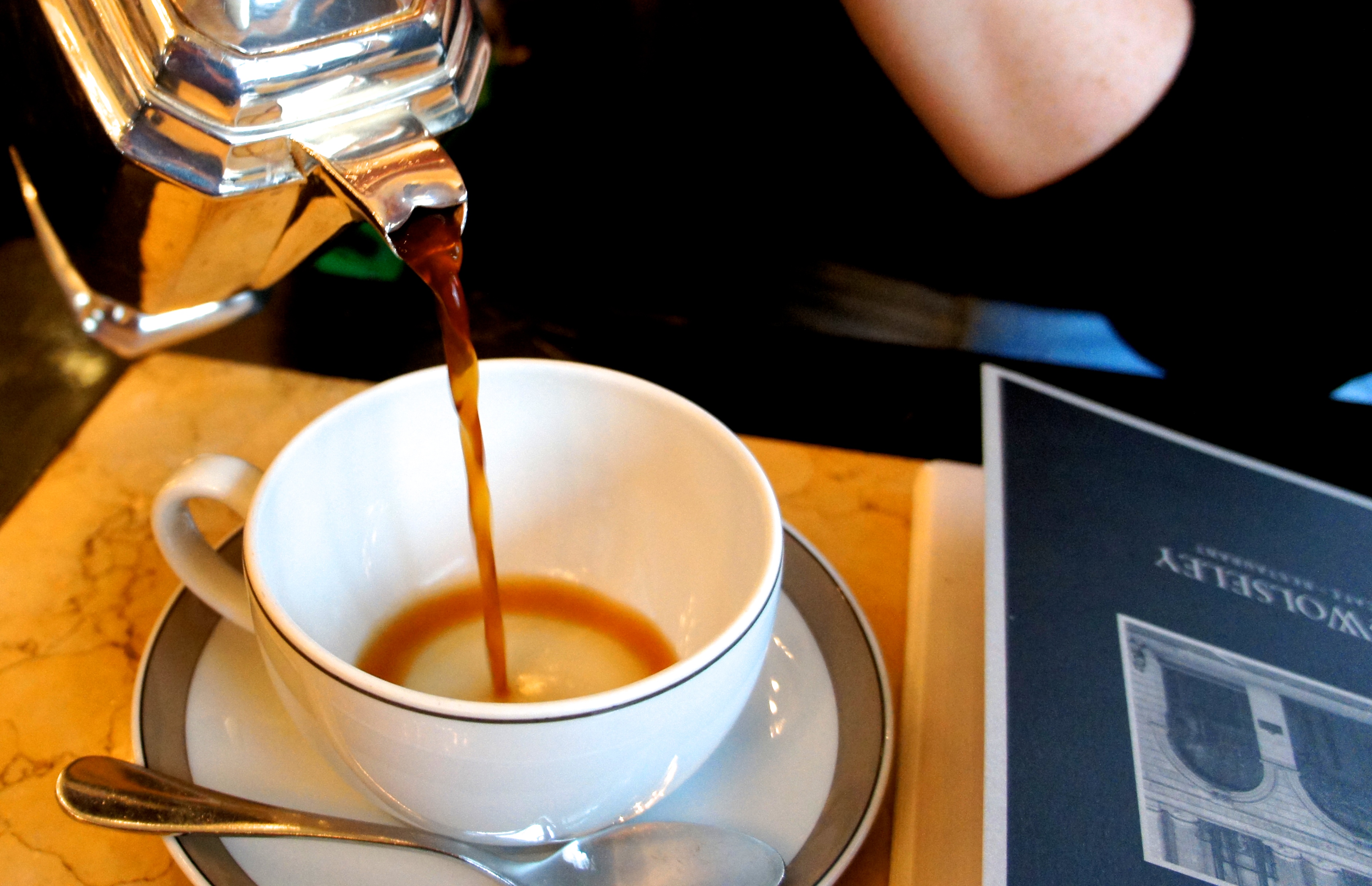 The coffee was absolutely gorgeous, it really was – usually I have a one cup a day rule, but seeing as they’d brought me a pot and Himself doesn’t drink coffee – well I didn’t want to be rude!! 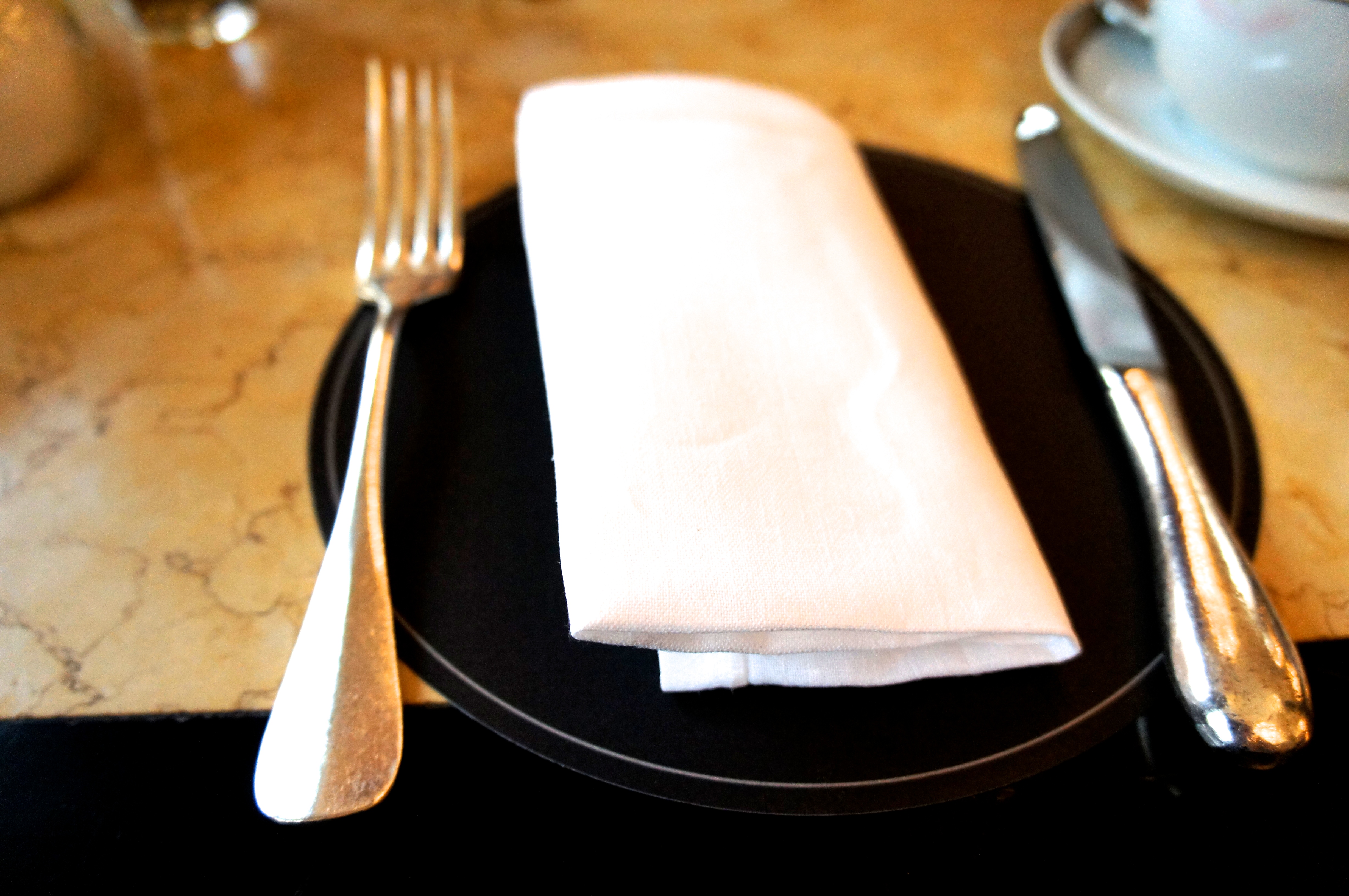 The place is truly beautiful, colour coded from head to toe, everything just fits! 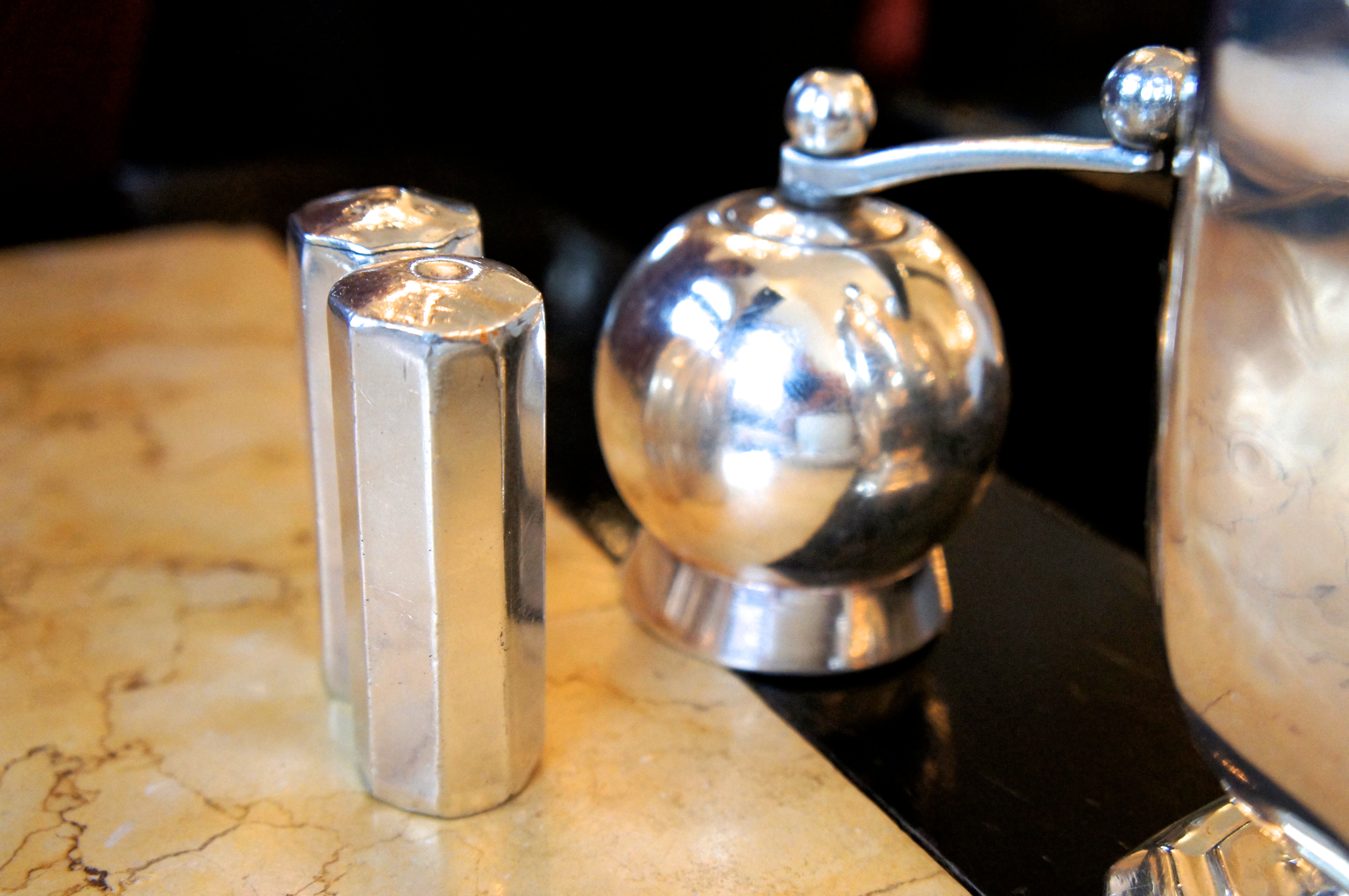 Also, I’m a big fan of the salt and pepper shakers – very trendy in an old fashioned way! 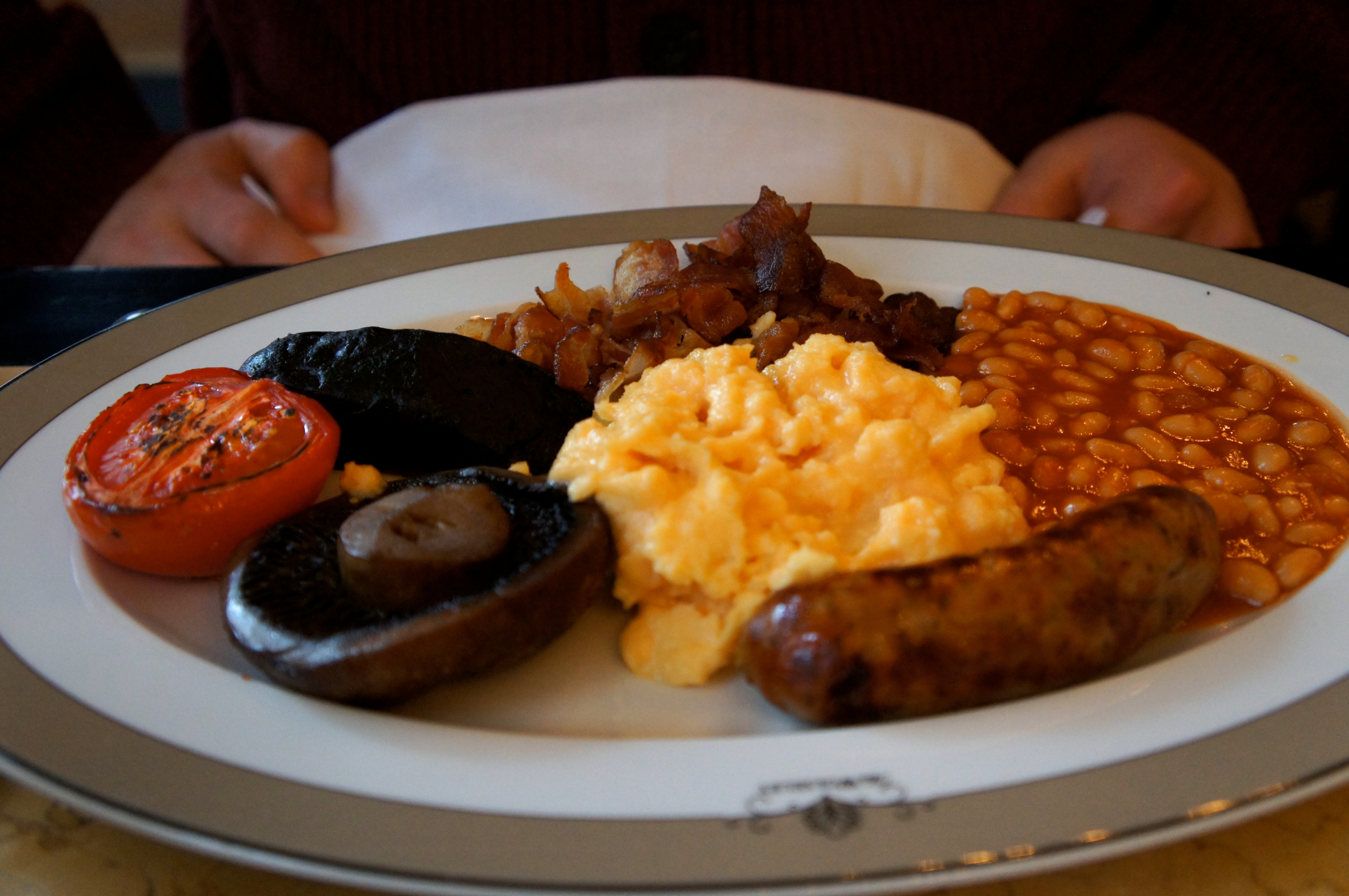 After a time our breakfasts arrived, Himself had “The English”, which was quickly devoured and there was only a minor heart palpitation had when I nicked a bit of bacon – it was really good! 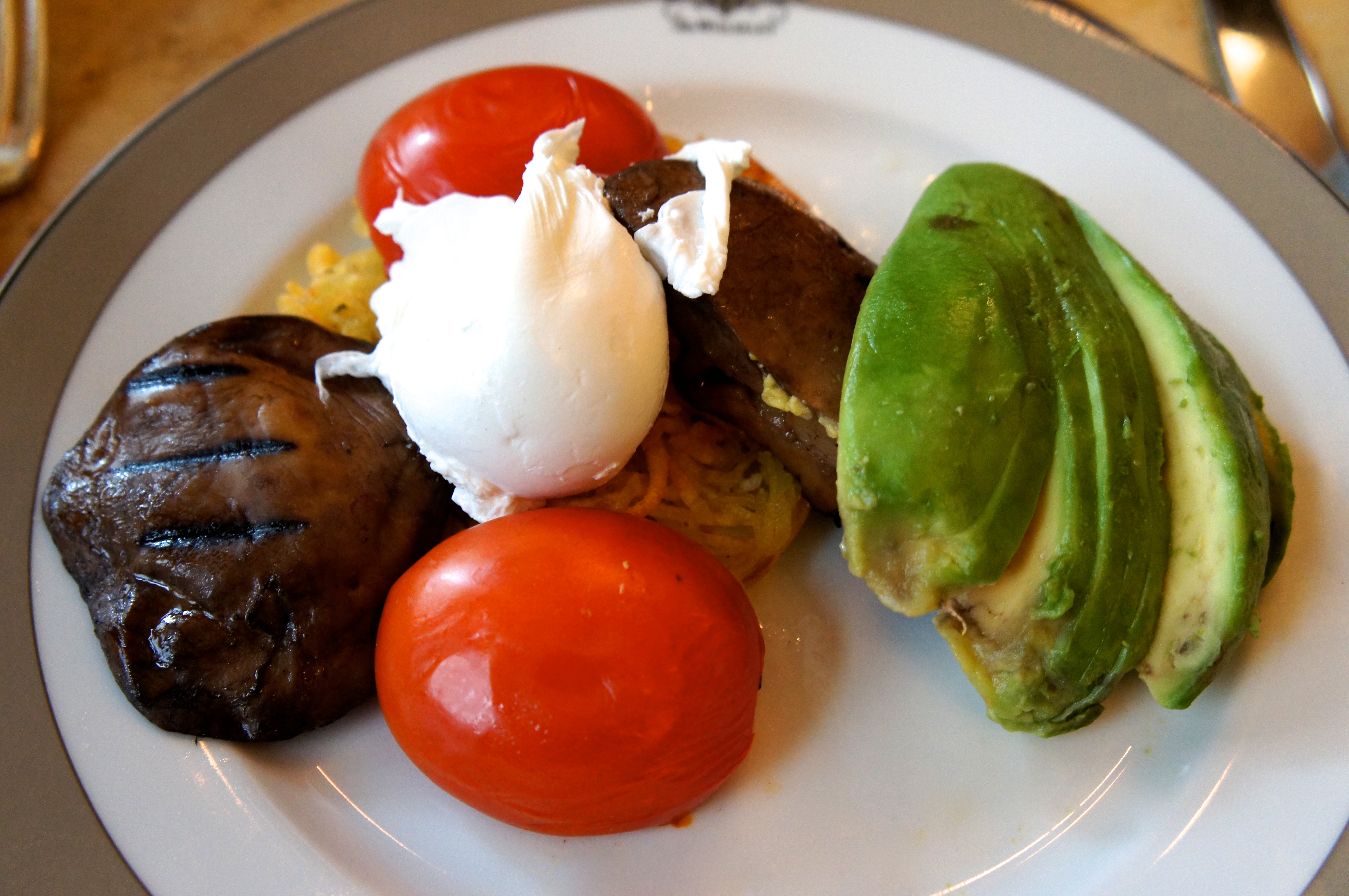 I had “Potato Rösti with Avocado, Tomato and a Hen’s Egg”. I promptly handed the mushroom over to Himself and then dug in. The egg was perfectly done as were the tomatoes – the avocado was the star of the dish, spot on ripe and the absolute epitome of “natures butter” as it is so fondly known. The potato rösti was not so great, very hard – not my thing – but having never tried it before, I’m sure it could’ve been someone else’s perfection! 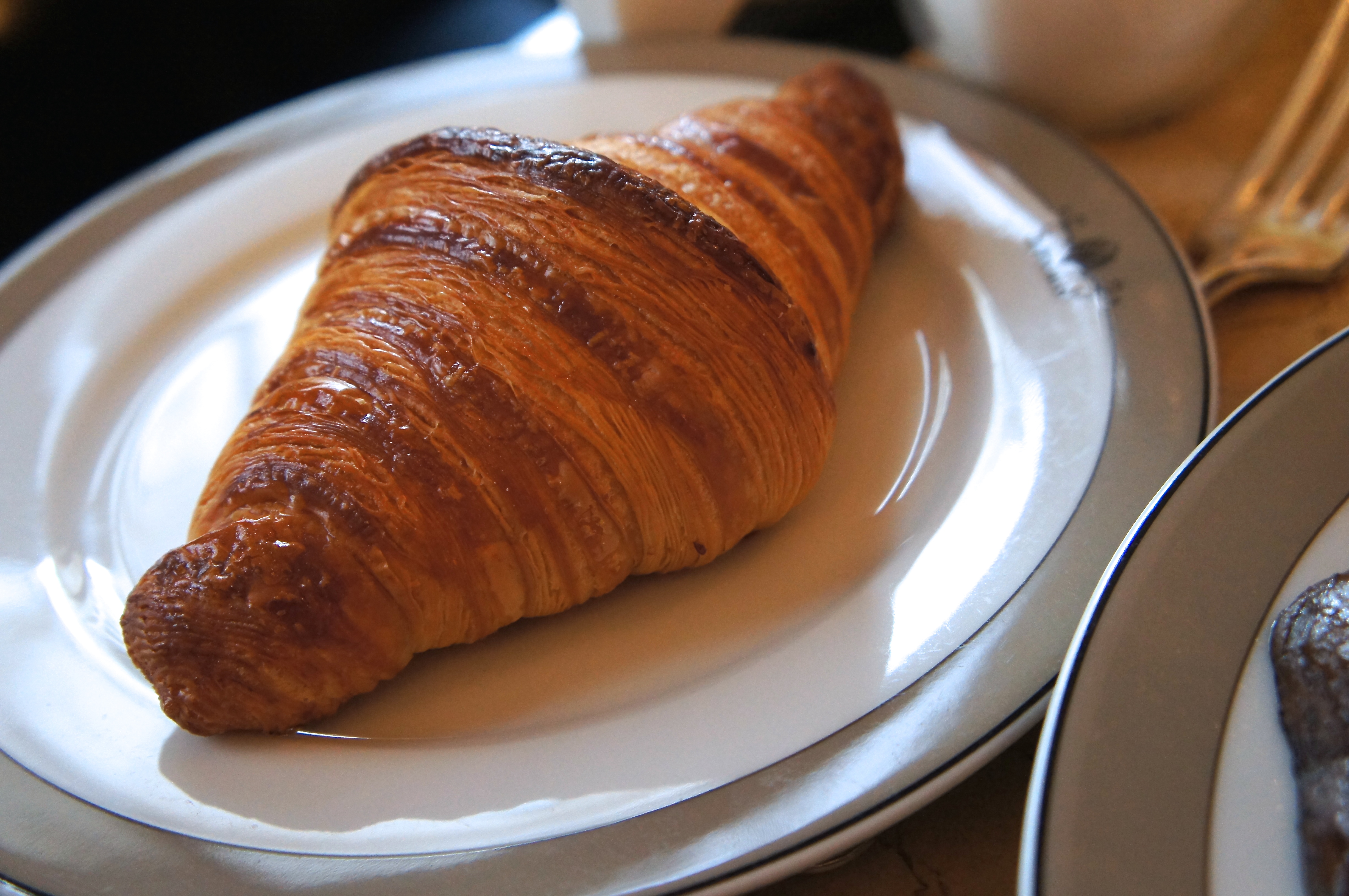 While no croissant will ever live up to my own homemade ones (recipe coming soon!) this was very lovely, we shared and made lots of yummy noises – nom nom nom! 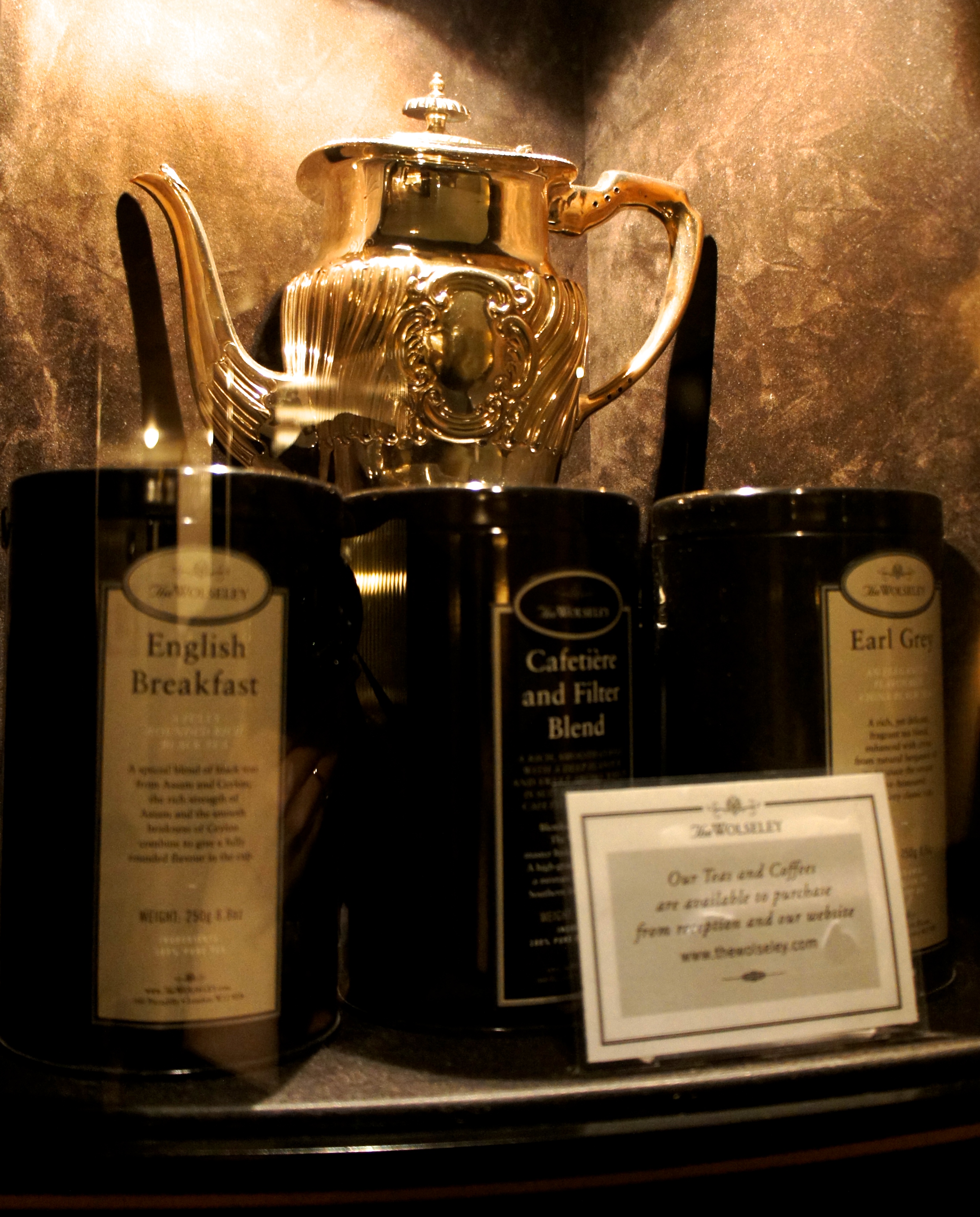 I took a wee wander around, positively mortifying Himself with the photo taking – but how’n’ever – he’ll live! The Wolseley have some lovely bits and pieces tucked away in specially made deep box frames 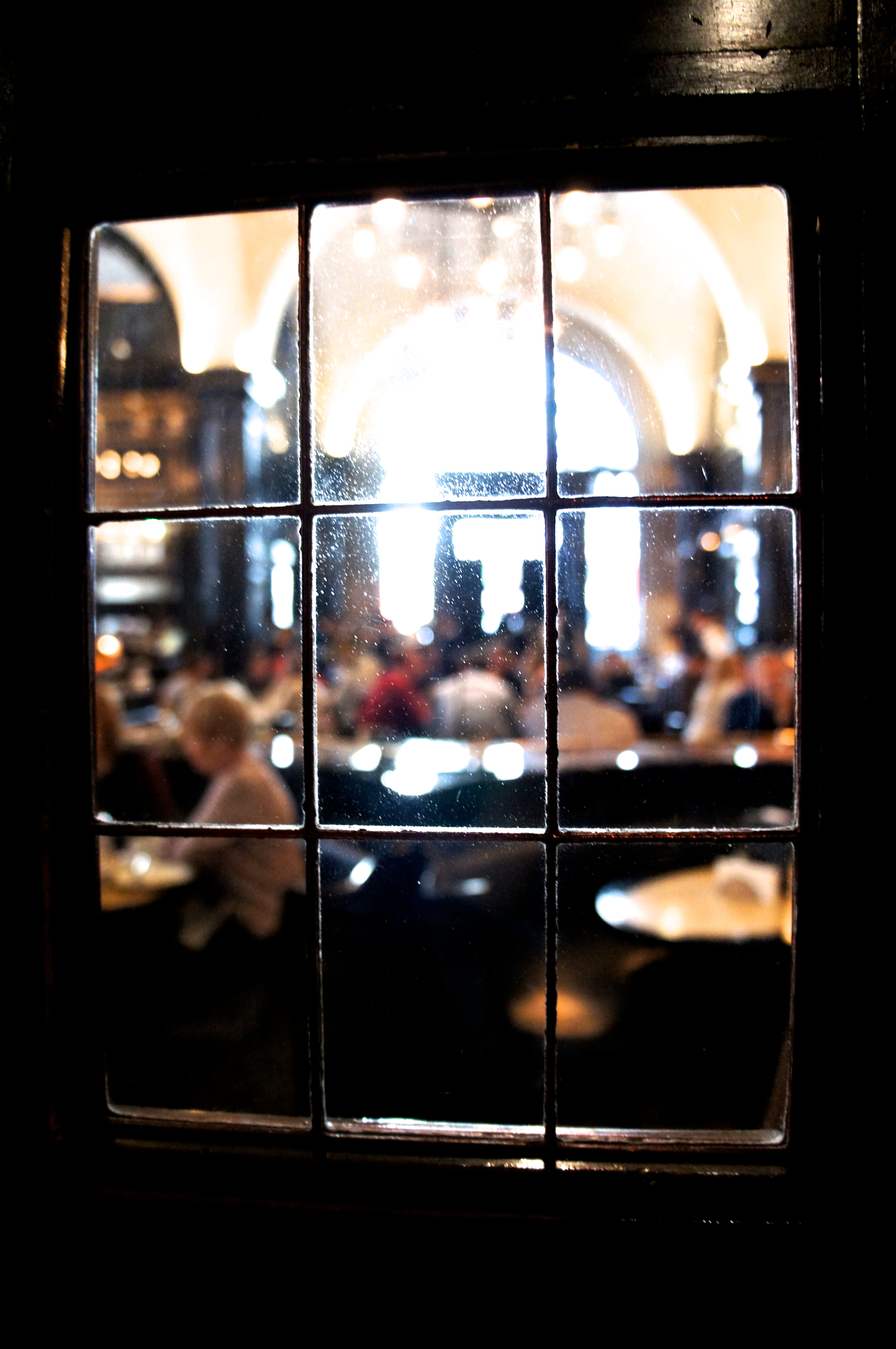 After requesting the bill twice (they really REALLY wanted us to stay!) we threw on all our layers again and headed back out into the real world leaving The Wolseley staff to their captive audience

I would surmise that our experience is one of a rarity, our friends absolutely LOVE the place and our tastes are fiercely similar when it comes to dining out, so I think we just happened to be there on a particularly frantic day

Have you been? Should we give it another try? I’d love to hear about your experience either here or throught Twitter